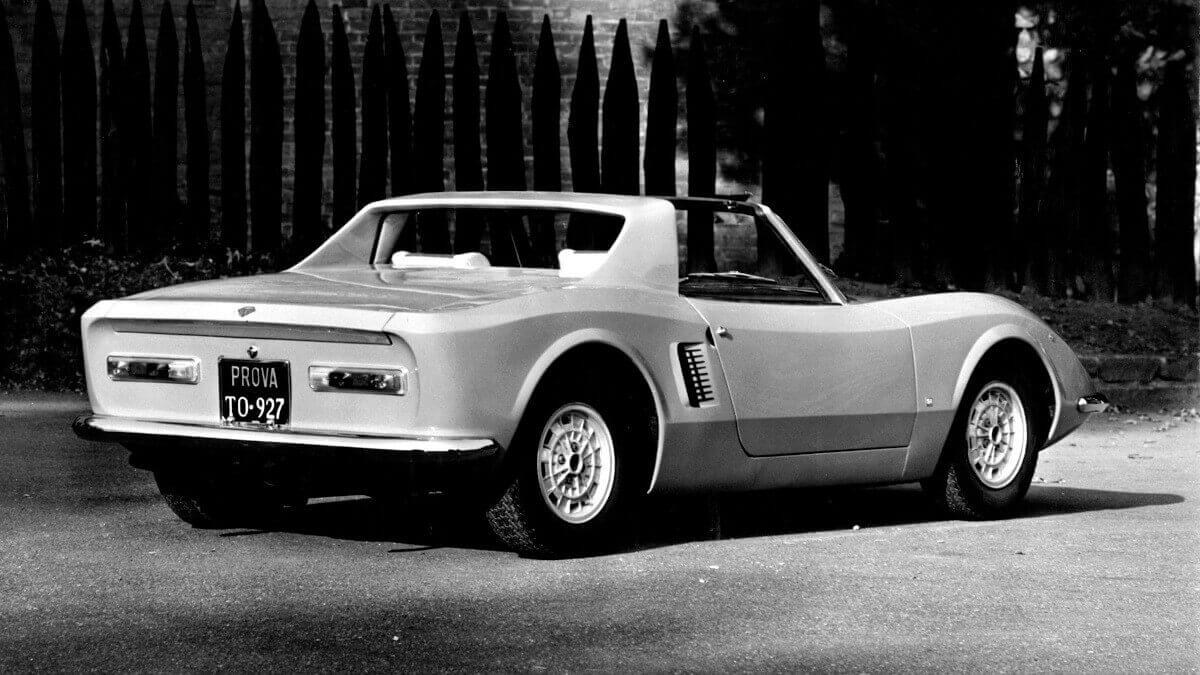 In the mid-1960s various new sports cars appeared on the market. Besides Fiat with the Dino Coupé and Spyder as well as Ferrari with the Dino 206, Bizzarrini also tried to appeal to a new group of buyers below the previous 5300 GT with their new 1900 GT Europa. For this one they used the favorable technology of the Opel GT. With it they provided for customer interest, however also for desire from completely different direction. The brothers Achille and Sergio Candido operated a large Ford car dealership in Lecce in the south of Italy and were heirs of a larger entrepreneurial family. The small Bizzarrini presented in 1966 triggered their desire for their own sports car, which would of course use Ford drivetrains. Together with race car designer Virgilio Conrero, an aluminium tubular frame chassis with integrated rollbar and independent suspension for all four wheels was created. In mid-engine position, the 2.3-liter V6 powerplant from the Ford 20M TS was fitted directly between the cockpit and the rear axle. Ex works, 95 hp was available. However, right at the world premiere, an enhanced version with three Weber twin carburettors and a sharper camshaft was announced, which was to produce 130 to 145 hp. This was intended to enable a topspeed of 220 kph (136.7 mph). The transmission and differential came from the smaller Ford 12M.

For the design of the body, which was also made of aluminium, Giovanni Michelotti was first approached. He sketched a compact sports car with pop-up headlights and Targa roof, which resembled the later Fiat X1/9 in various details. However, the Candido brothers didn’t like this design, which is why the design office Stile Italia reworked it. There, the Spyder version of the Bizzarrini 5300 GT was created shortly before. The final design of the Candido project, for which the model name Sirio was chosen in reference to the constellation Sirius, is also reminiscent of the larger sports car. Final design changes were made on the basis of a wooden model on a scale of 1:1. Compared to the original Michelotti design, the new model features round headlights under clear glass covers, a significantly curved waistline and a rear end with an integrated tear-off edge. The dimensions were 4.05 meters long, 1.65 meters wide, 1.15 meters high and a wheelbase of 2.35 meters. The dry weight was specified at 808 kilograms. 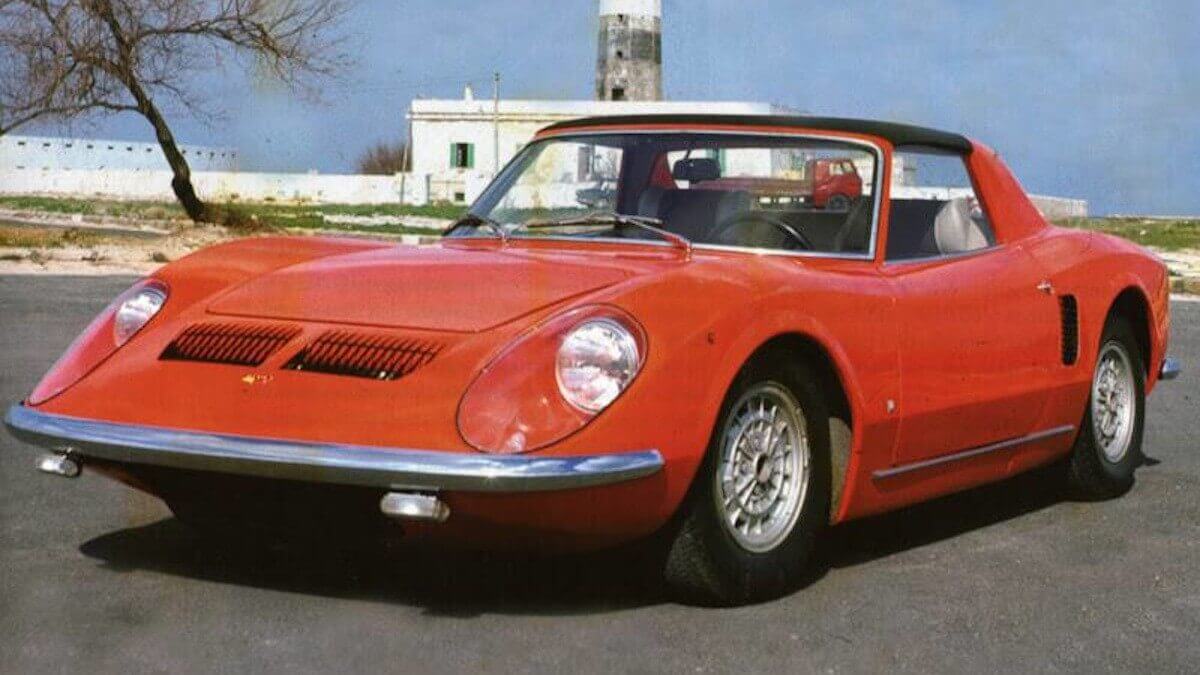 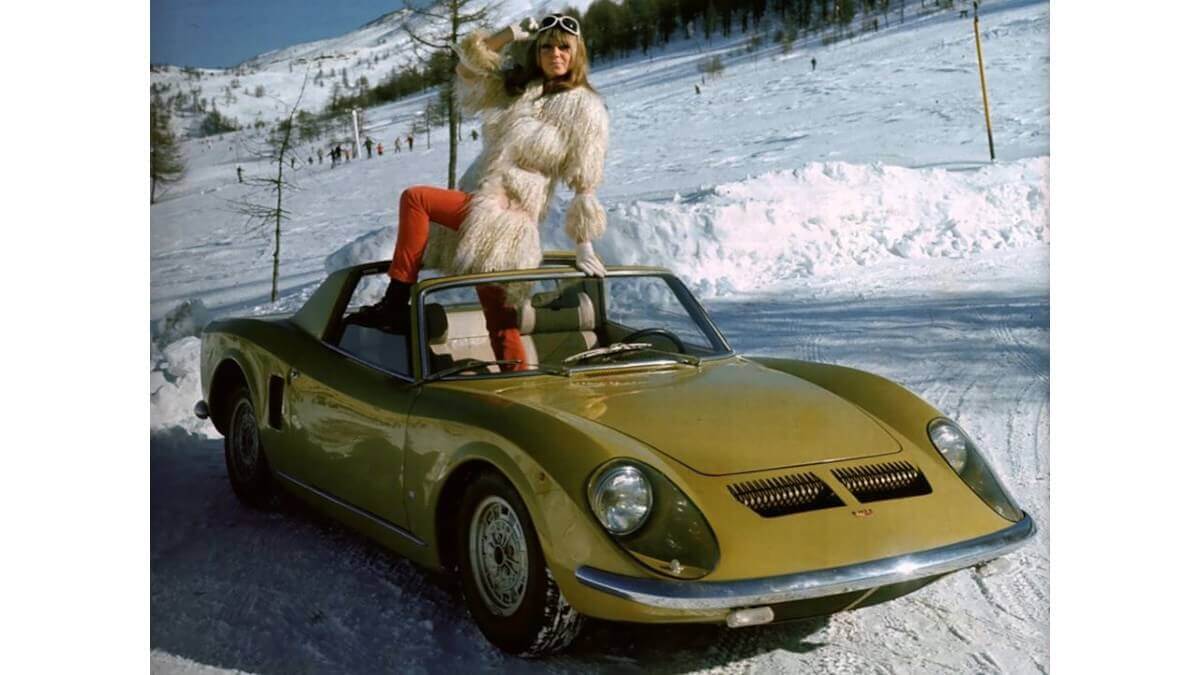 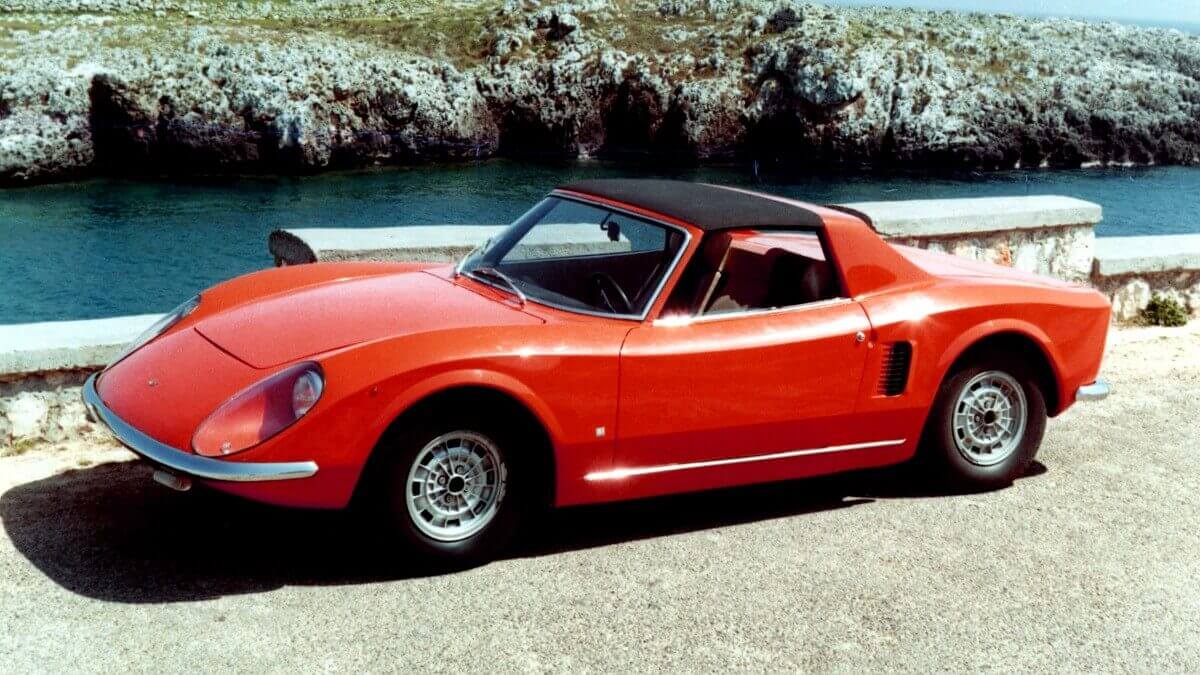 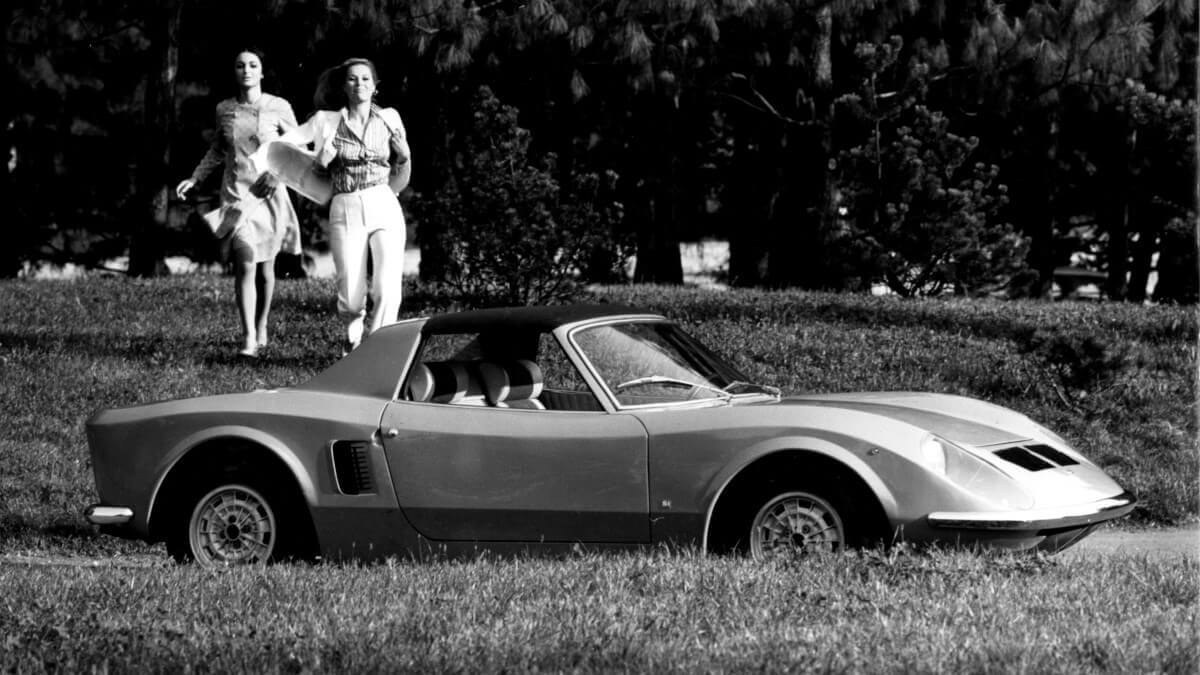 Before the world premiere at the 1967 Turin Motor Show, the brothers founded the new brand Società Italiana Vendita Automobili, or Siva Automobili for short. Three driveable prototypes were created for the presentation at the Turin-based coachbuilder Carbondio. Especially in the Italian media, the newcomer in the sports car sector was welcomed with open arms. One Italian magazine headlined: ‘Una “Bomba” da 200 all’ora nata nel profondo sud’ (A 200 kph fast “bomb” from the deep south) in view of the planned manufacture in Apulia. In the Netherlands, France, the USA and Japan, the sports car was also mentioned with praise during the coverage of Turin Motor Show.

Achille Candido announced that up to 300 units would be produced over the first production year 1969, followed by up to 500 more in 1970. In fact, according to the company, around 1,500 advance orders were received at the Turin Motor Show and in the following weeks. However, various banks refused to grant loans because of the Candidos’ desire to produce the car in southern Italy, which meant that no series production ever took place. Even the superiors of the city of Lecce didn’t understand the chances behind this project and therefore didn’t support the sports car production either. In the meantime, more new cars appeared on the market, which in their construction took up the uniqueness of the Sirio and thus reduced sales chances even more. In 1970 the gates closed for S.I.V.A., a very interesting vehicle and a chance for the job market in the south of Italy.