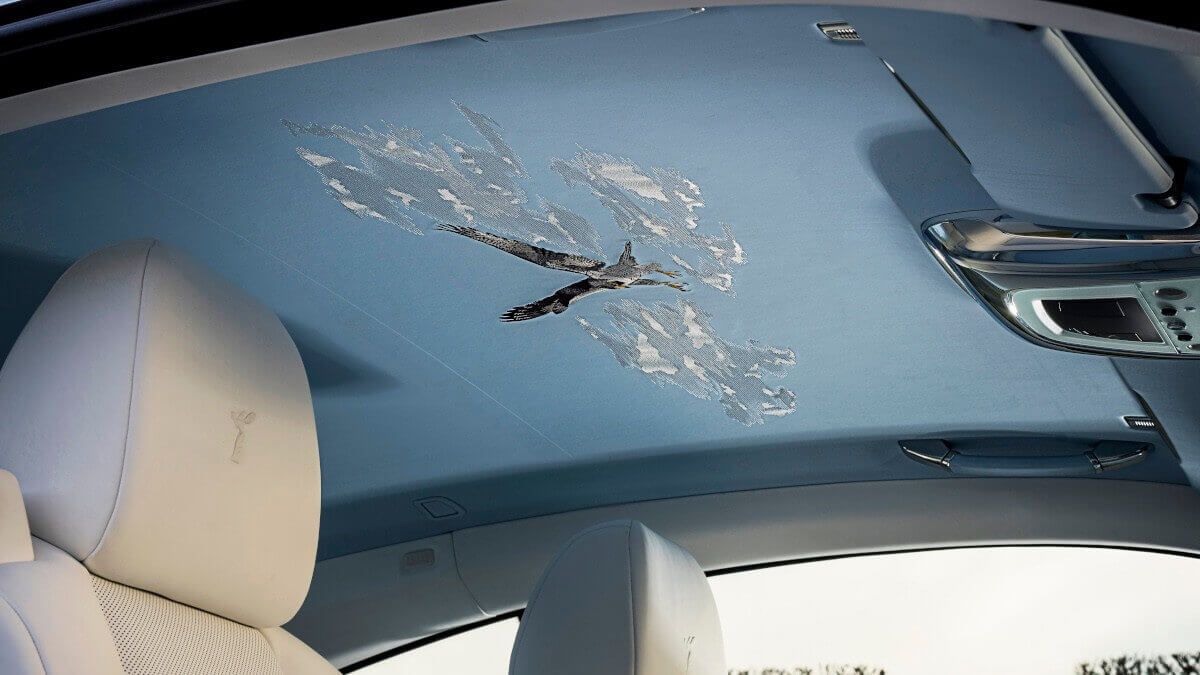 Rolls-Royce’s ‘Bespoke’ customisation department is known for its ability to meet virtually any customer requirements, as long as they are technically feasible and don’t contravene any approval regulations. Thus in the last few years some unusual paint finishes, extraordinary wooden inlays and extravagant equipment details were developed, which in some cases made it into a limited edition model. More frequently, they are custom-made products for anonymous customers all over the world. From time to time Rolls-Royce also shows these special features in official press photos in order to let the public and any interested parties participate. This also applies to the Wraith Falcon, which was recently delivered to its new owner.

From the outside, this unique piece has a bicolor finish in ‘Bala Blue’ and ‘Andalusian White’. Along the sides of the car white coachlines are applied by hand, which are interrupted at the front fenders by a strongly stylized falcon motif. This can also be found in the interior as a paint finish on the piano finish fascia above the glovebox and as embroidery between the two rear seats. In the center of the dashboard is an analogue clock with a baby blue dial decorated in guilloché style. White and light blue leather upholstery is used for the entire interior. 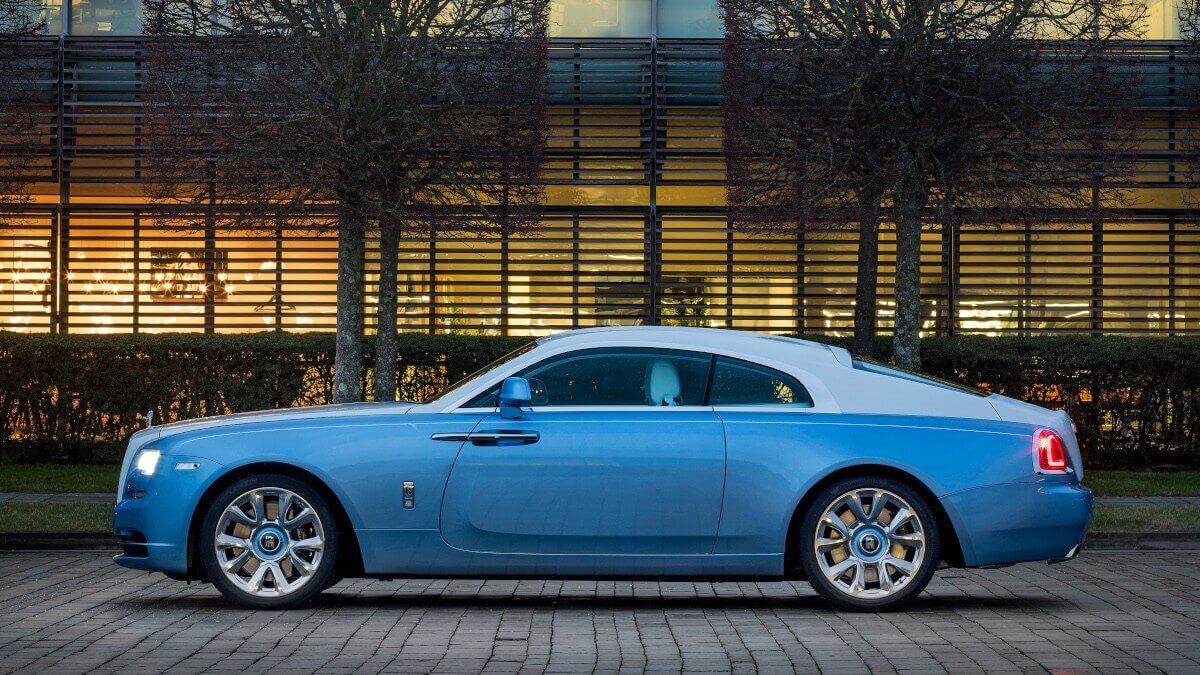 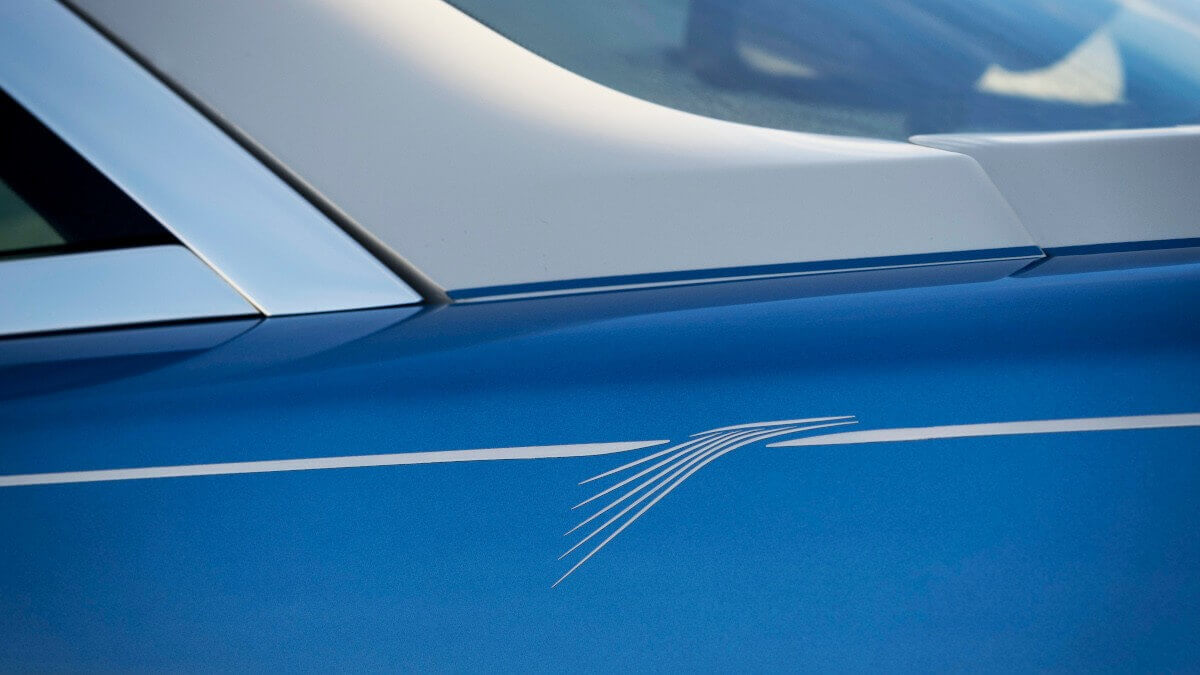 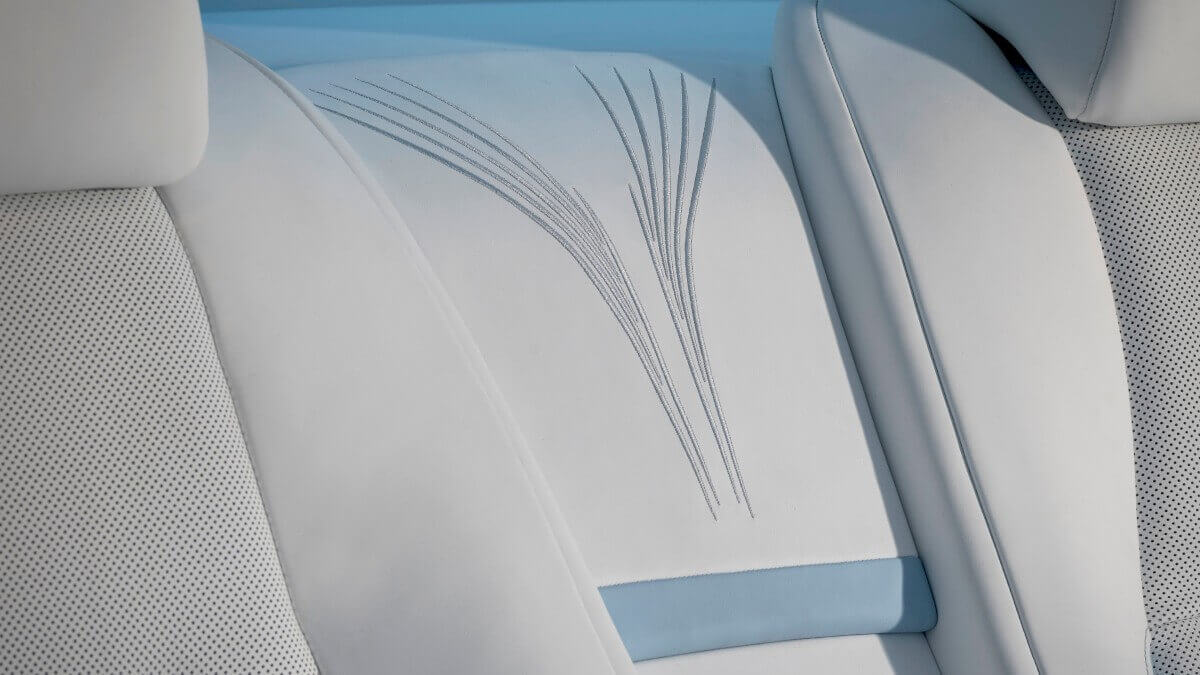 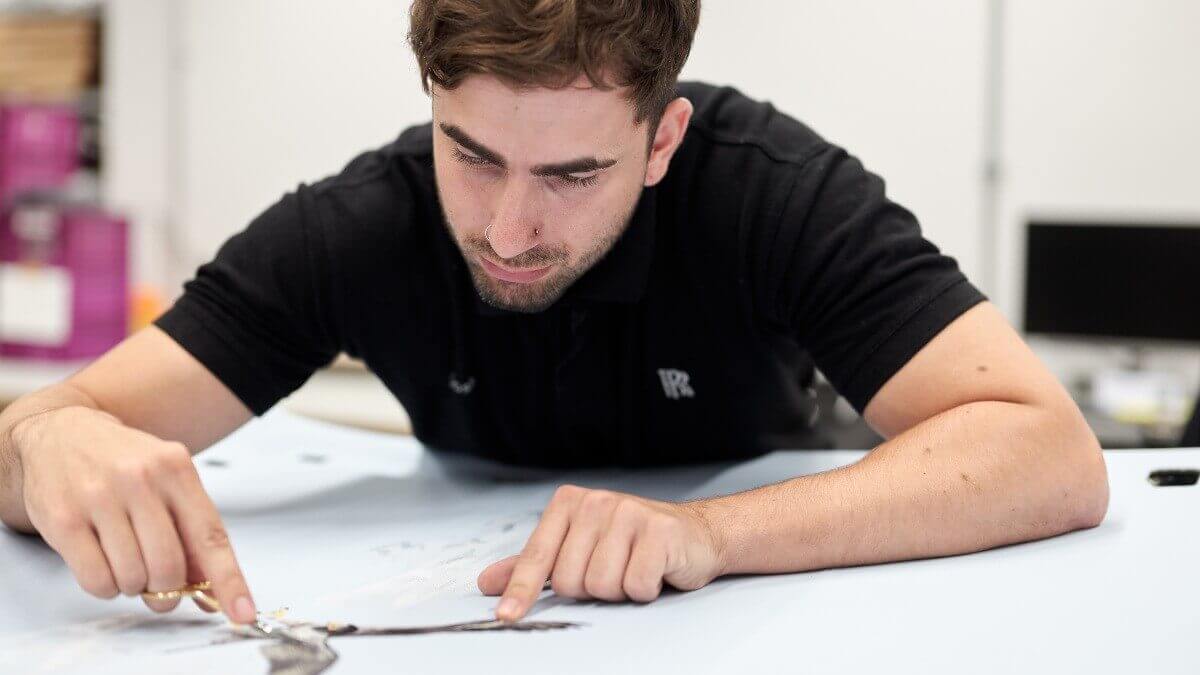 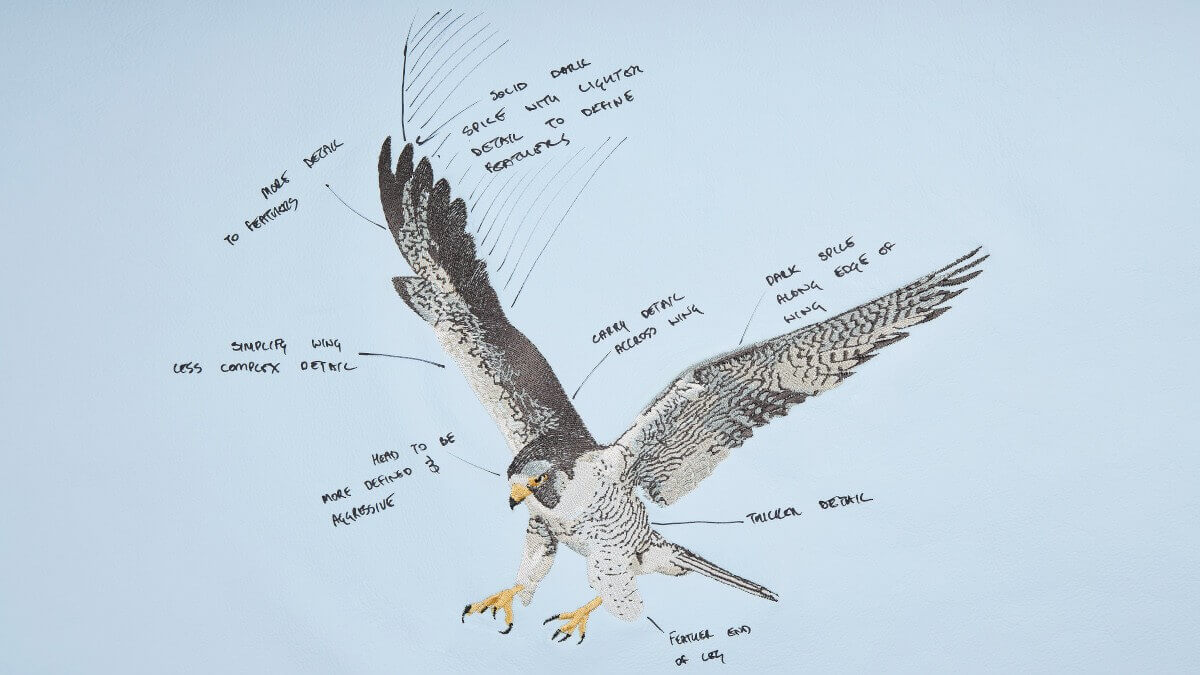 However, the Wraith Falcon’s real special feature can be found above the heads of the passengers. The customer commissioned a large embroidered image of a peregrine falcon for the headlining. This bird is the fastest animal on earth and famous worldwide for its power and speed. In order to create the most detailed embroidery image in the company’s history to date, some Bespoke employees spent hours observing peregrine falcons and studying their movements and appearance. Then, with the help of a computer, they created an almost photorealistic image including some clouds in about a month’s work, which was then embroidered into the leather roof lining by an embroidery machine with almost 250,000 stitches.