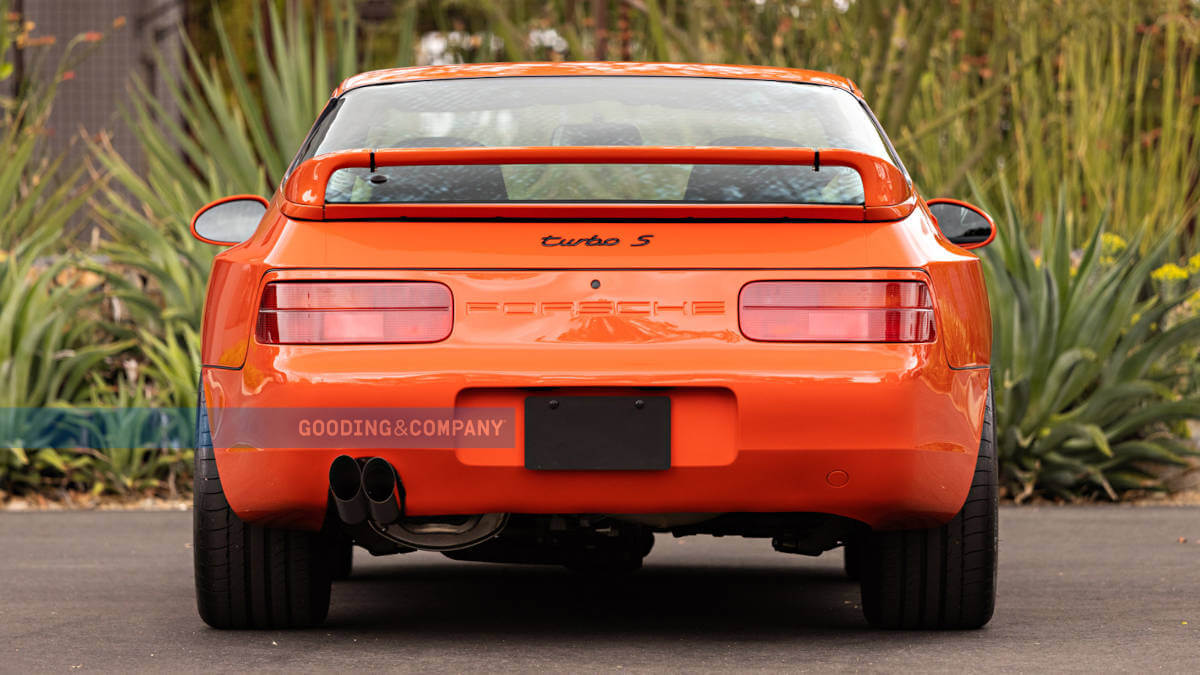 Rare sports cars from Porsche often date back to the first few decades of the brand’s history. Back then, new model variants were developed in quick succession, which meant that some of them remained rarities. With the onset of large-scale production, the build numbers usually rose into the triple digits, even for limited editions. Exceptions confirm this rule. A little-known example of such a ‘Secret Classics’ Porsche is the 968 Turbo S. To understand this car, however, we must first take a brief look at the entire model series, which incidentally celebrates its 30th anniversary this year. In 1991, the 968 appeared as the final evolution of the four-cylinder front-engined sports cars from Porsche. Its history began back in 1975 with the 924 and continued from 1981 with the 944. Instead of the classic pop-up headlights of its two direct ancestors, the 968 was equipped with round lights that flip up when switched on, just like on its big brother, the 928.

A rarity despite sporting success

Despite all its sporting talents, the four-cylinder model series was always overshadowed by the 911. Among die-hard Porsche fans, the small model was derided as a housewife sports car. In addition, the brand wasn’t doing well financially in the 1990s. This led to contract work for external companies such as the Mercedes-Benz 500 E (W124) or the Audi RS 2 Avant. Nevertheless, there was time to develop the 968 further. When the ADAC in Germany announced its intention to run a GT Cup for production-based sports cars in 1993, the four-cylinder model was seen as a good basis. However, the power of the naturally aspirated three-liter engine wasn’t sufficient. Based on the experience gained with the 911 Turbo, a turbocharged engine was therefore developed that produced 350 hp in the racing version. Unlike the normal 968 and 968 CS, Porsche used a two-valve cylinder head here. The racing car was called the 968 Turbo RS and was built only three times. Two of them eventually ran in the BPR racing series in 1994. 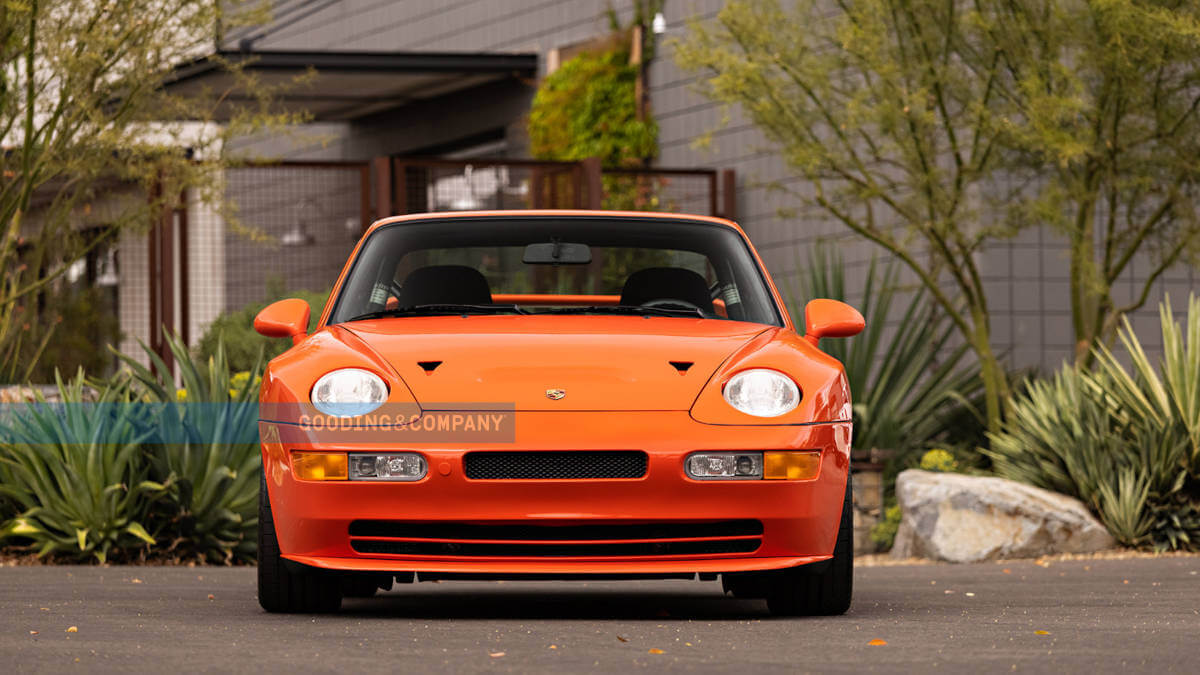 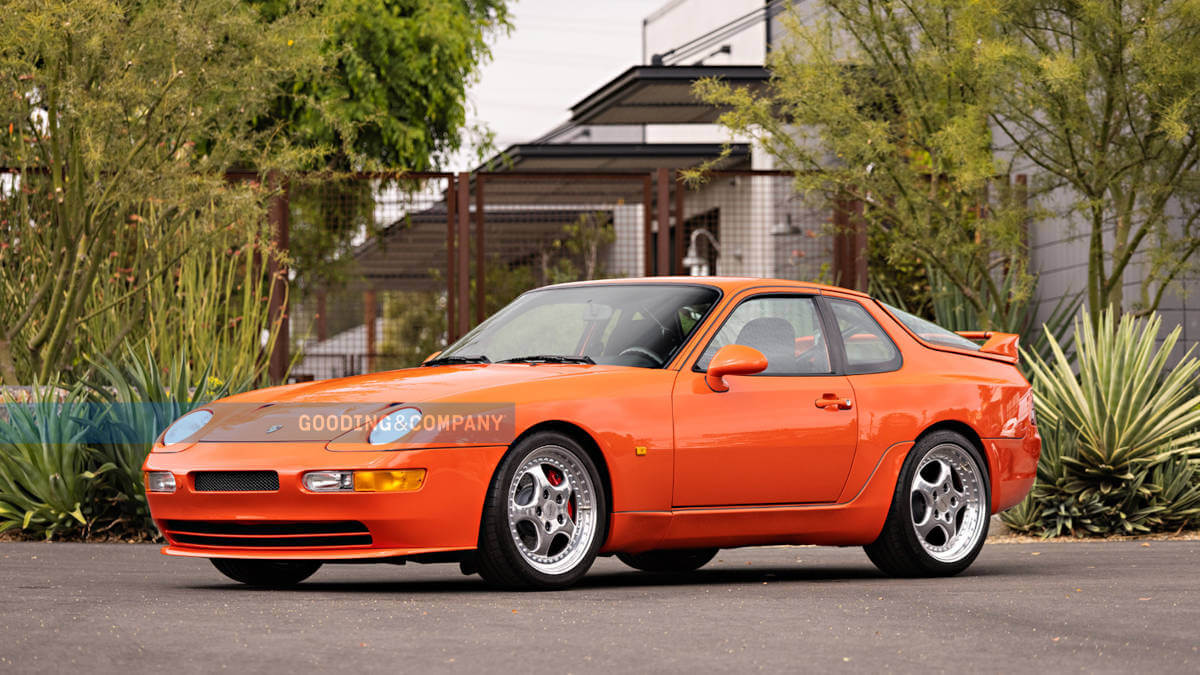 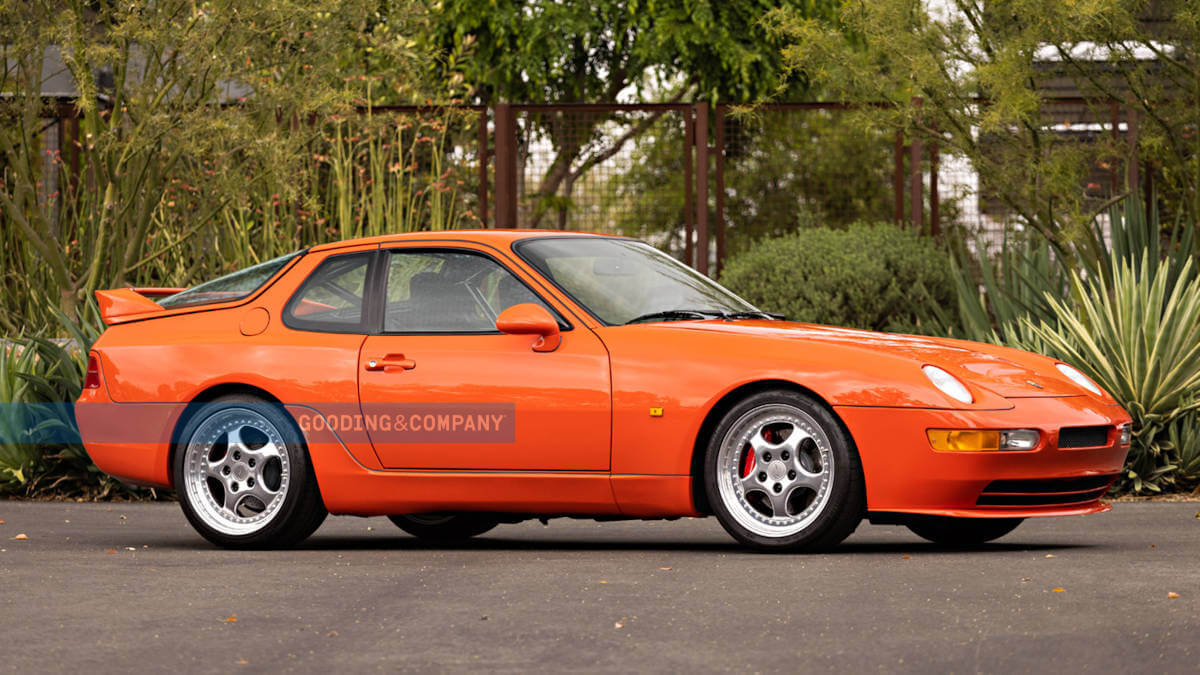 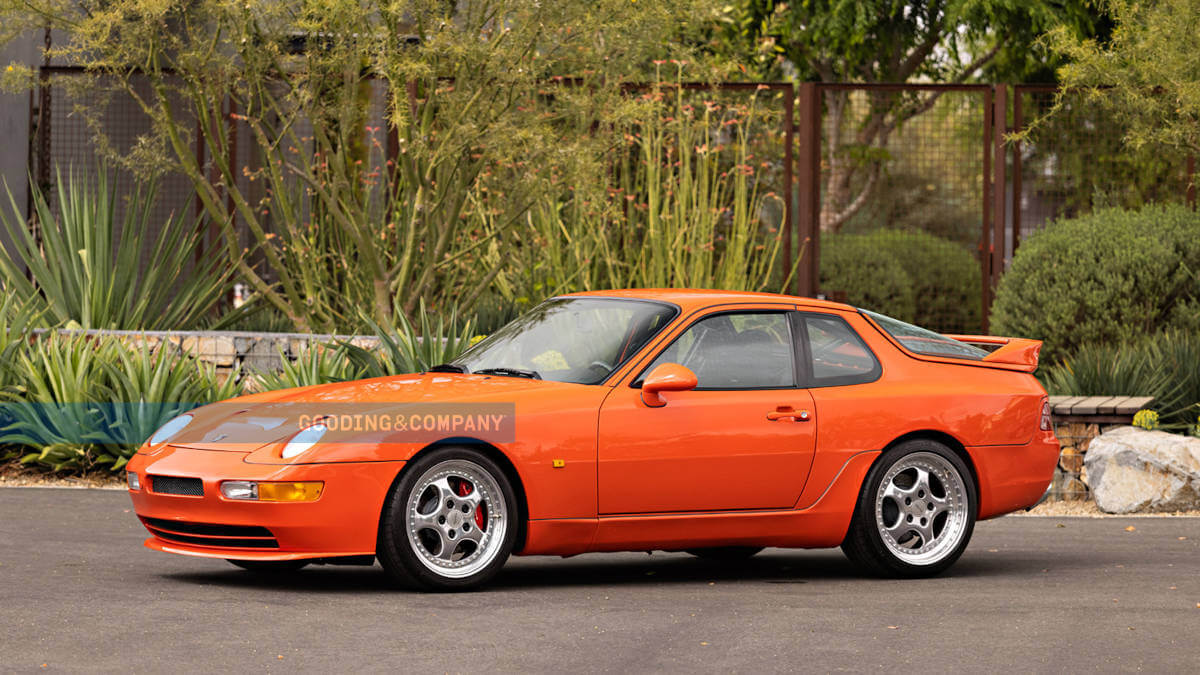 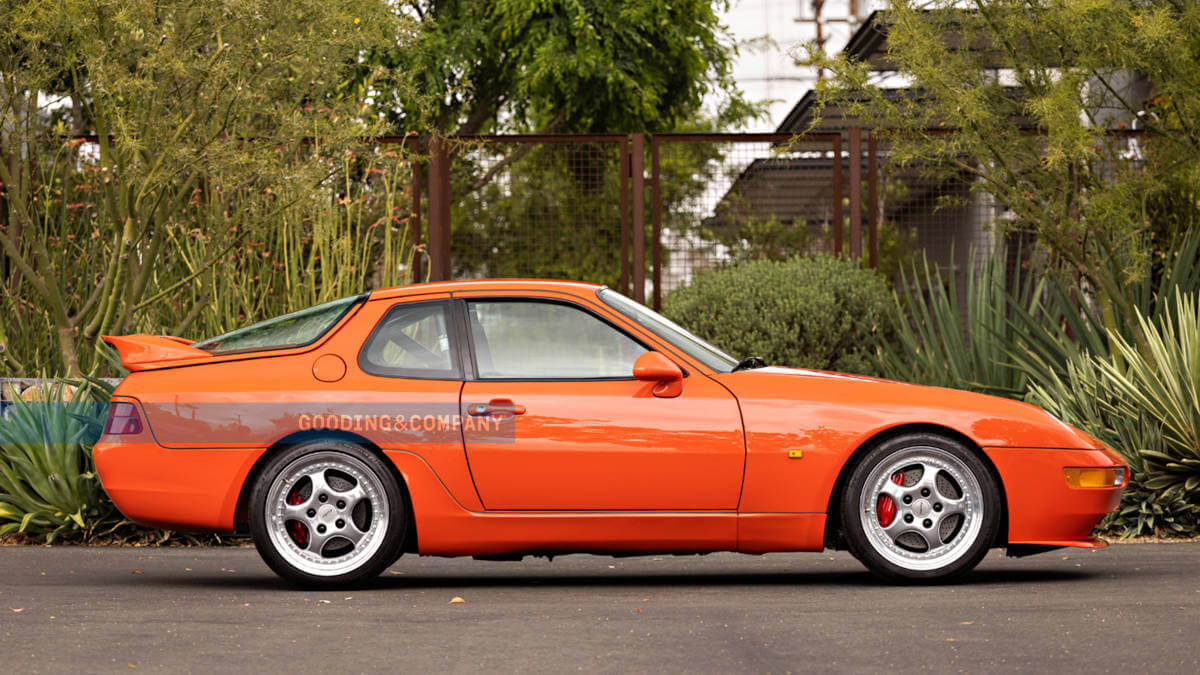 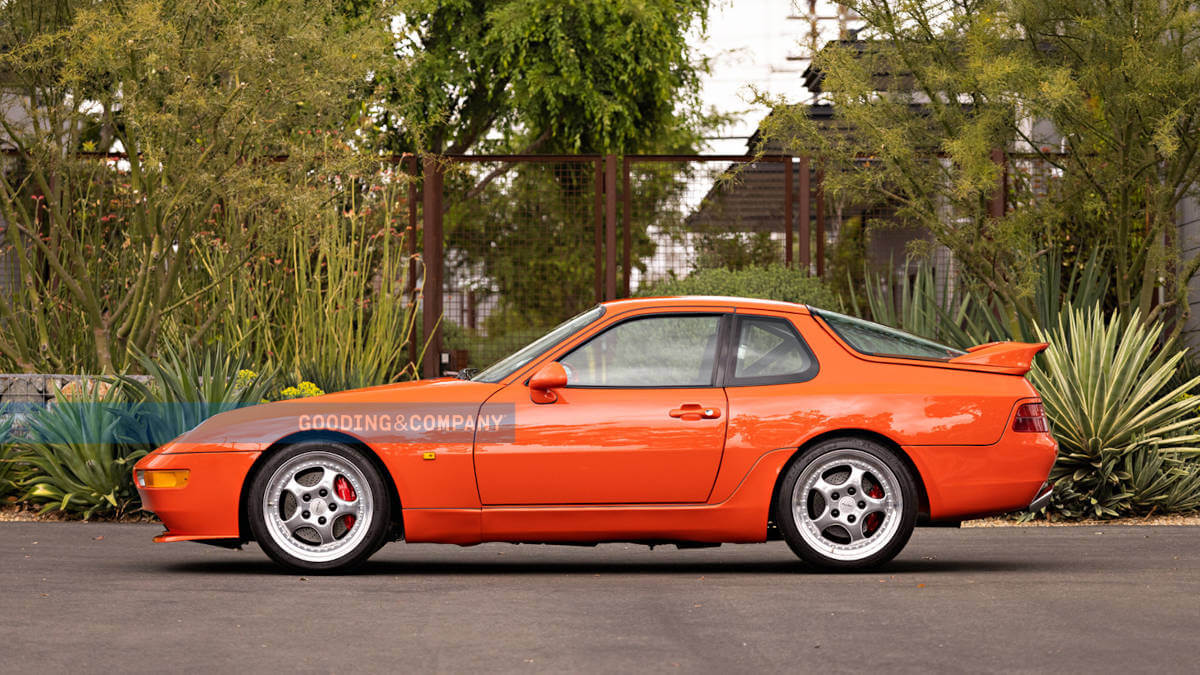 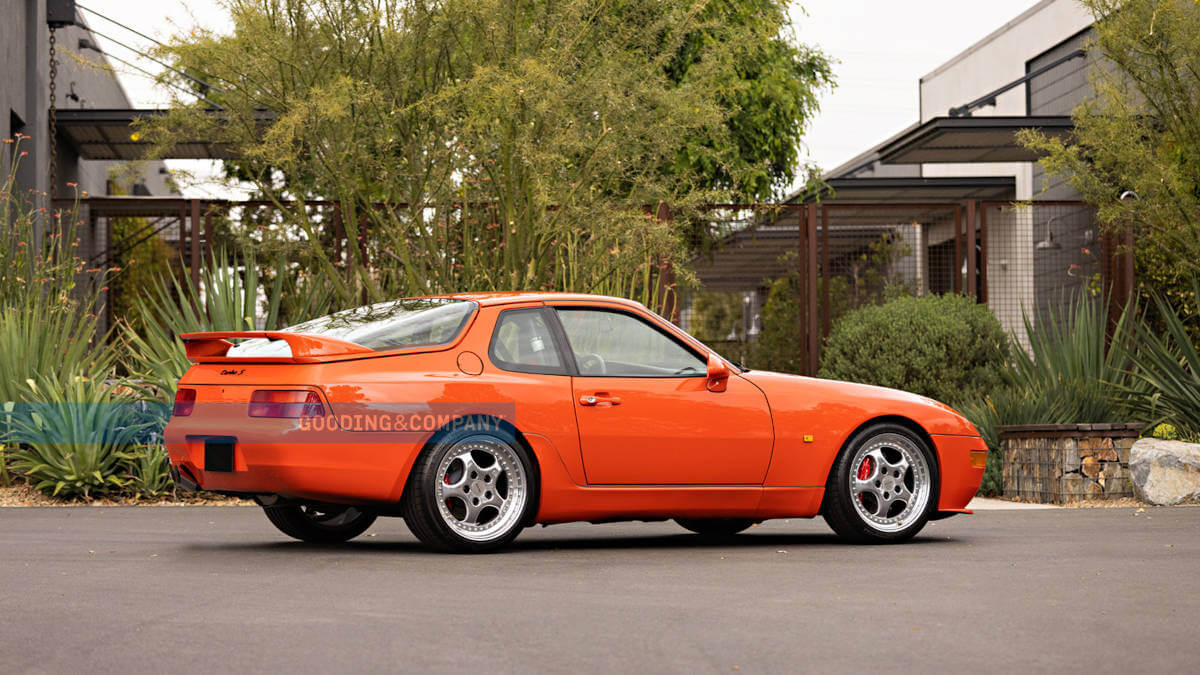 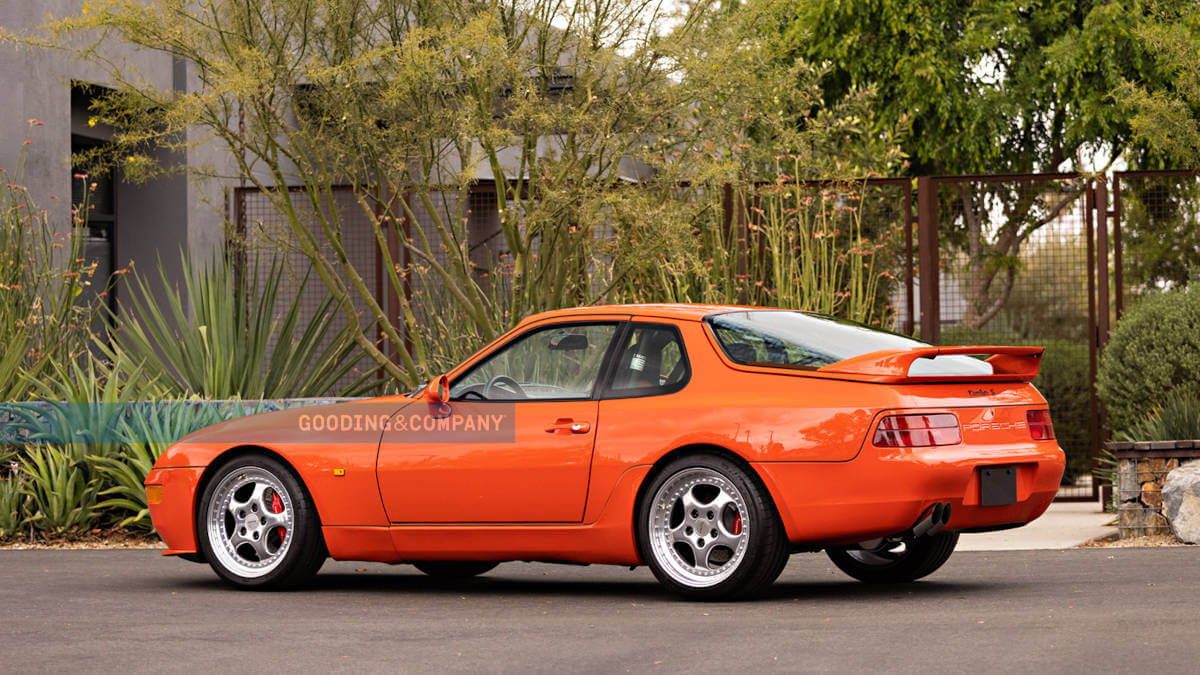 In order to be able to homologate the racing car for the ADAC GT Cup, Porsche also offered a road-going version of the Turbo RS, the 968 Turbo S. Its water-cooled KKK turbocharger developed a reduced boost of 1 bar. Therefore it had 224 kW/305 hp and 500 Nm of torque. Power transmission was handled by a manual six-speed gearbox. Compared with the 968 CS, the kerb weight was 70 kilograms lower due to the absence of comfort features such as power windows, rear seats or a central locking system. This enabled acceleration from a standstill to 60 mph in 4.8 seconds and a topspeed of 174 mph. A sports suspension with lowering by 20 millimeters and a limited-slip differential on the rear axle provided plenty of driving pleasure on winding terrain. The three-piece Speedline alloy wheels developed especially for this model were fitted ex works with 235/40 ZR 18 tires at the front and 265/35 ZR 18 tires at the rear. Behind them was a brake system adapted to the higher performance.

Originally only homologated for Europe

Externally, the Porsche 968 Turbo S can be distinguished from the normal 968 by small details. For example, the front bumper has an additional spoiler lip, two NACA air intakes are integrated into the hood, and an adjustable rear wing sits on the trunk lid. The planned small series of up to 100 cars didn’t materialize due to a lack of customer interest. Since even the racing teams specialized in Porsche preferred to use the already established 911 (964) Carrera RS 3.8 instead of the 968 Turbo RS, the 968 Turbo S also remained rather unknown. In the end, only 14 examples rolled out of the motorsport department in Weissach. Due to a lack of homologation for the world market, the first delivery of all vehicles took place in Europe. Nevertheless, some of them have since found their way into collectors’ hands on other continents. Five are currently in the USA. 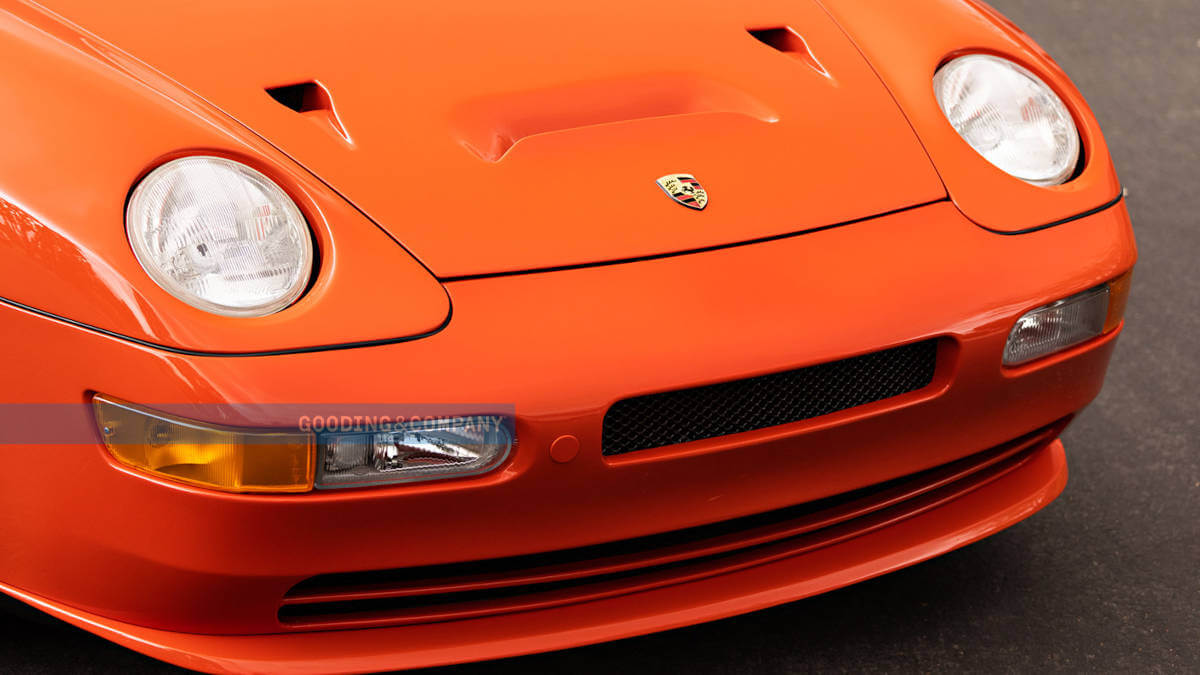 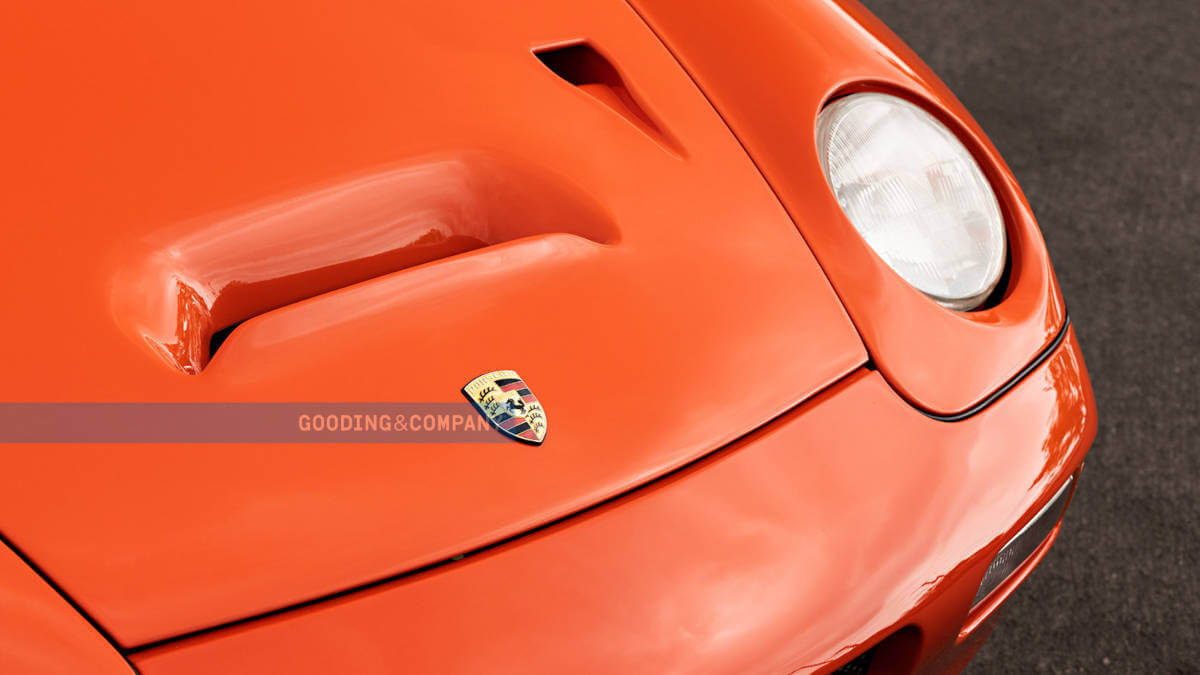 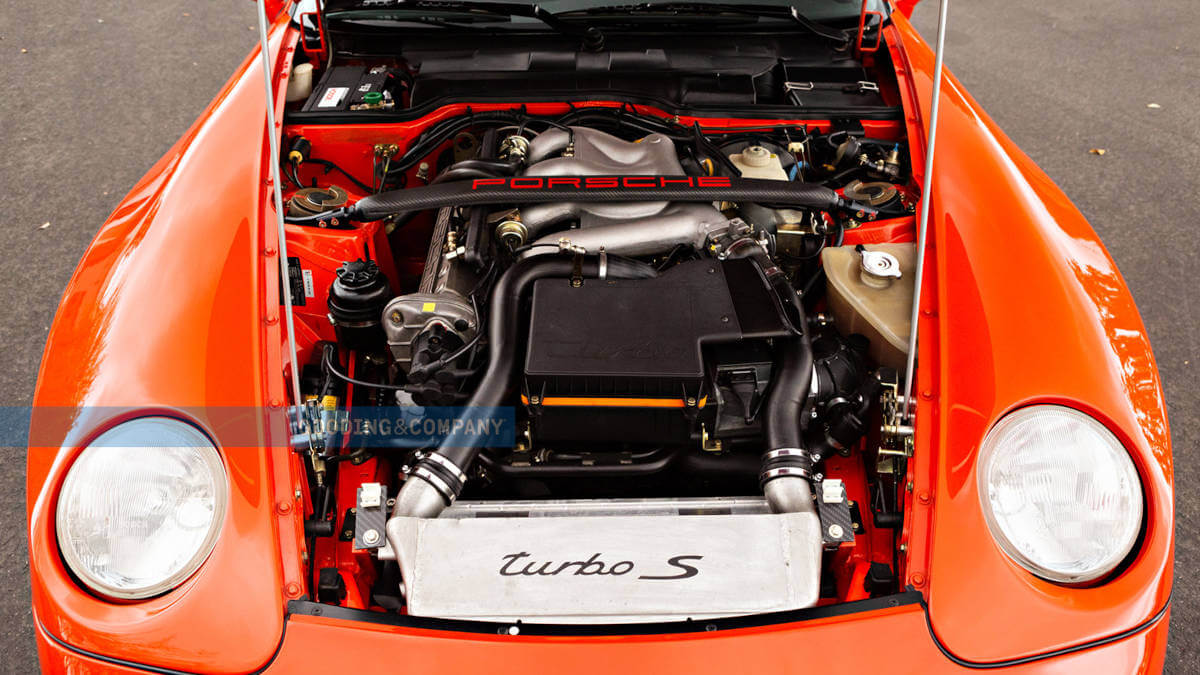 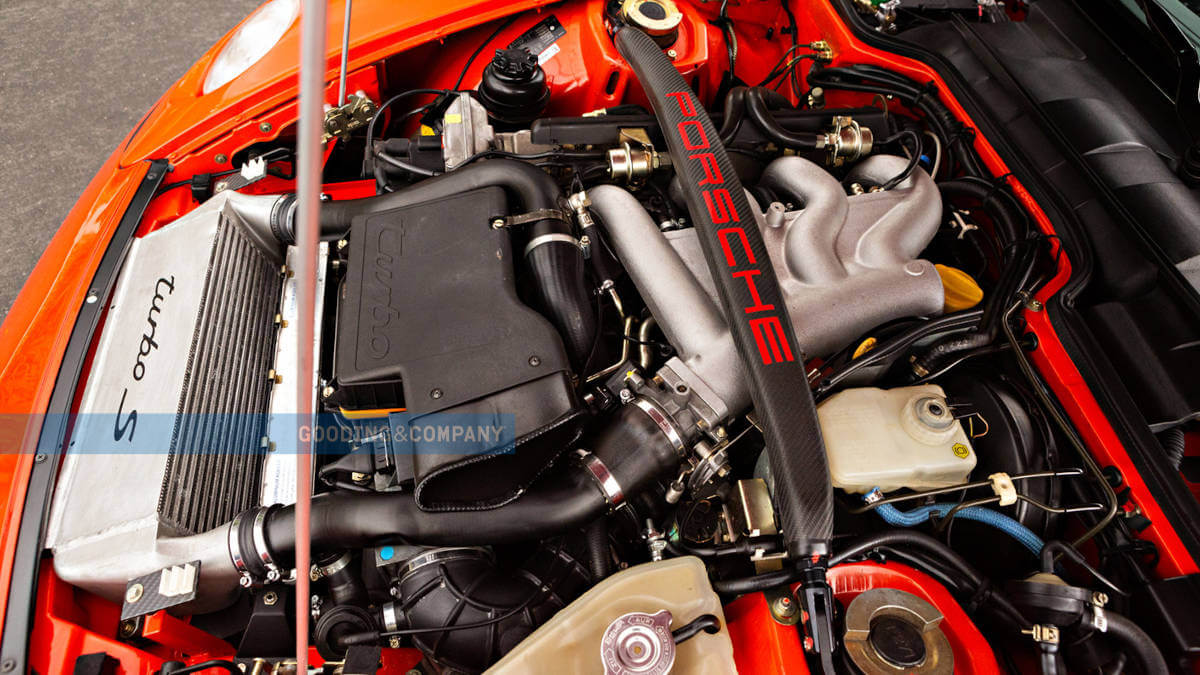 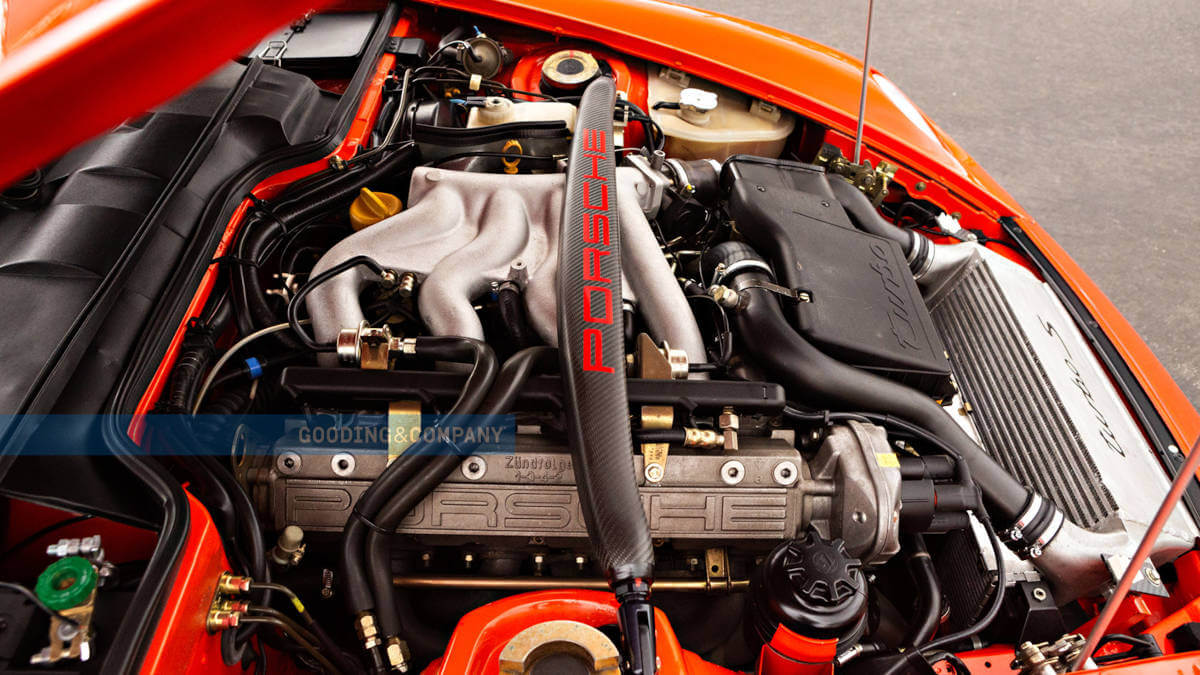 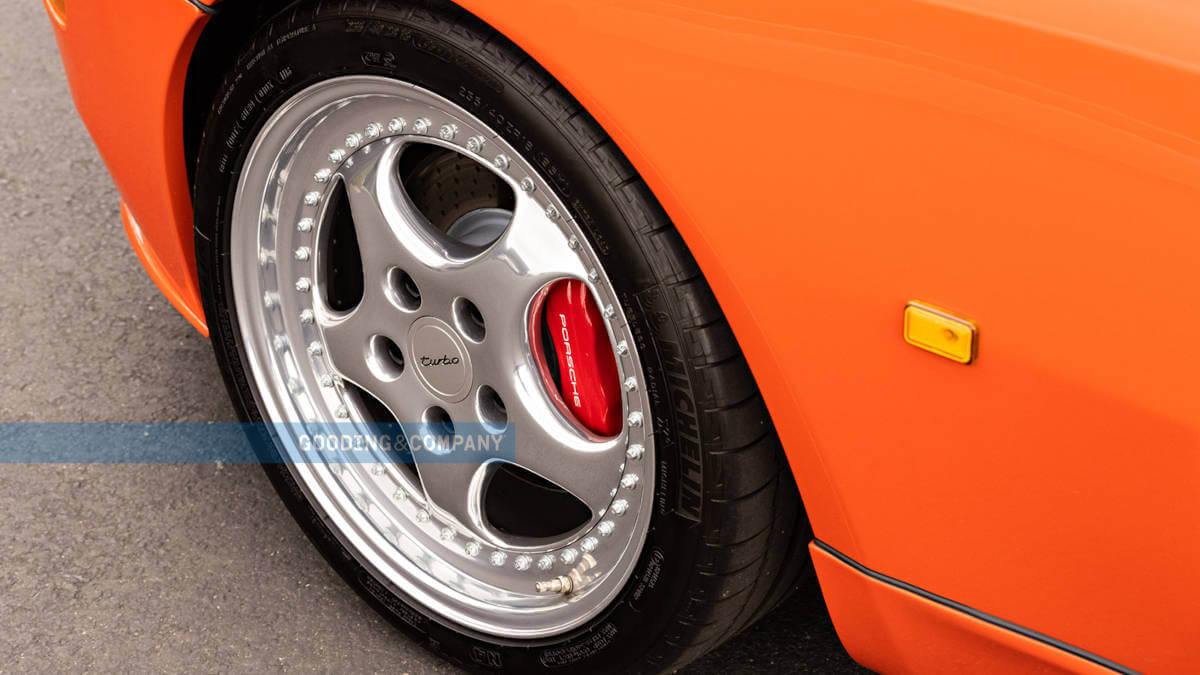 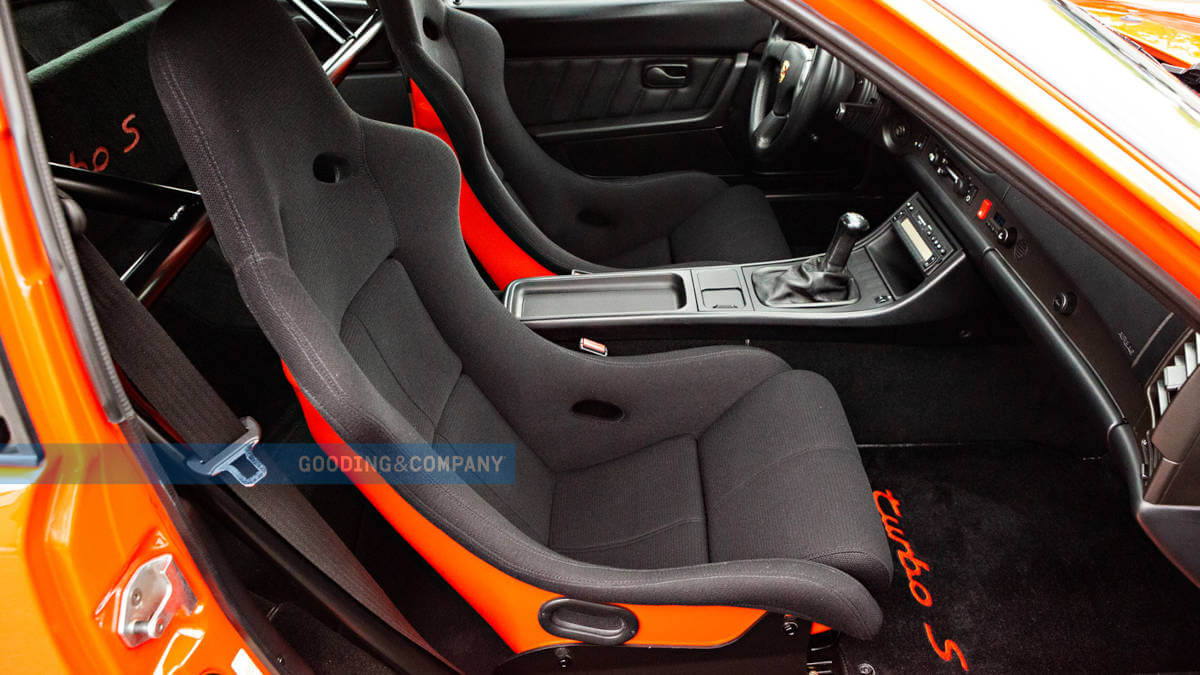 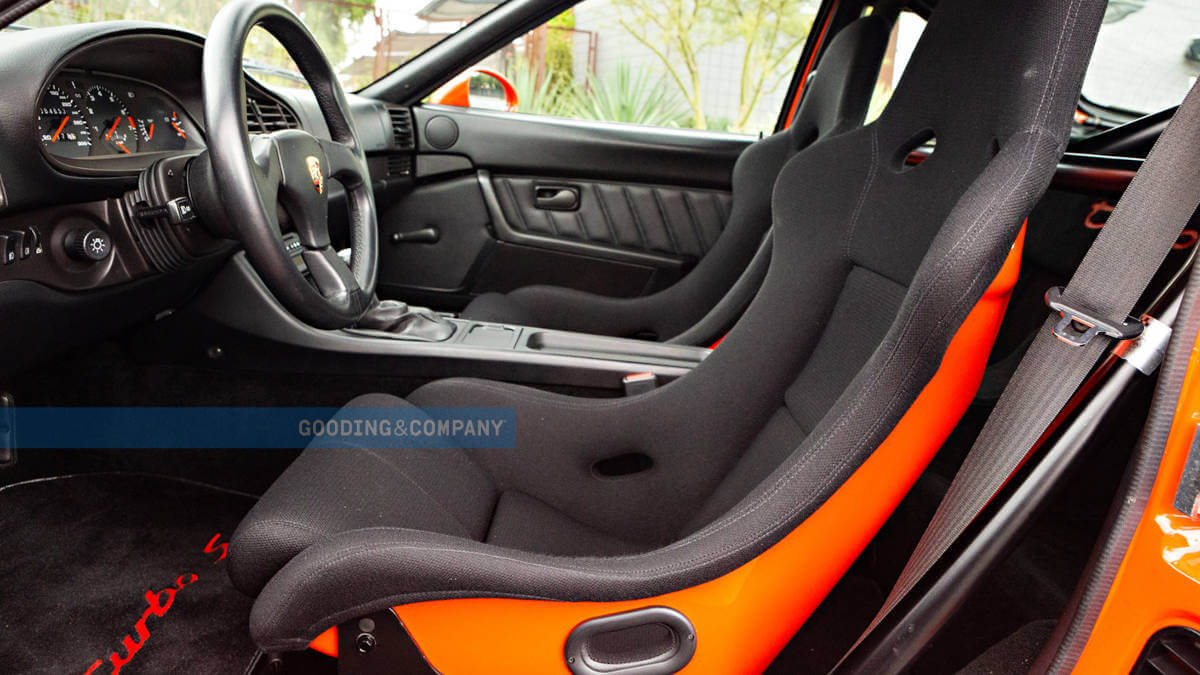 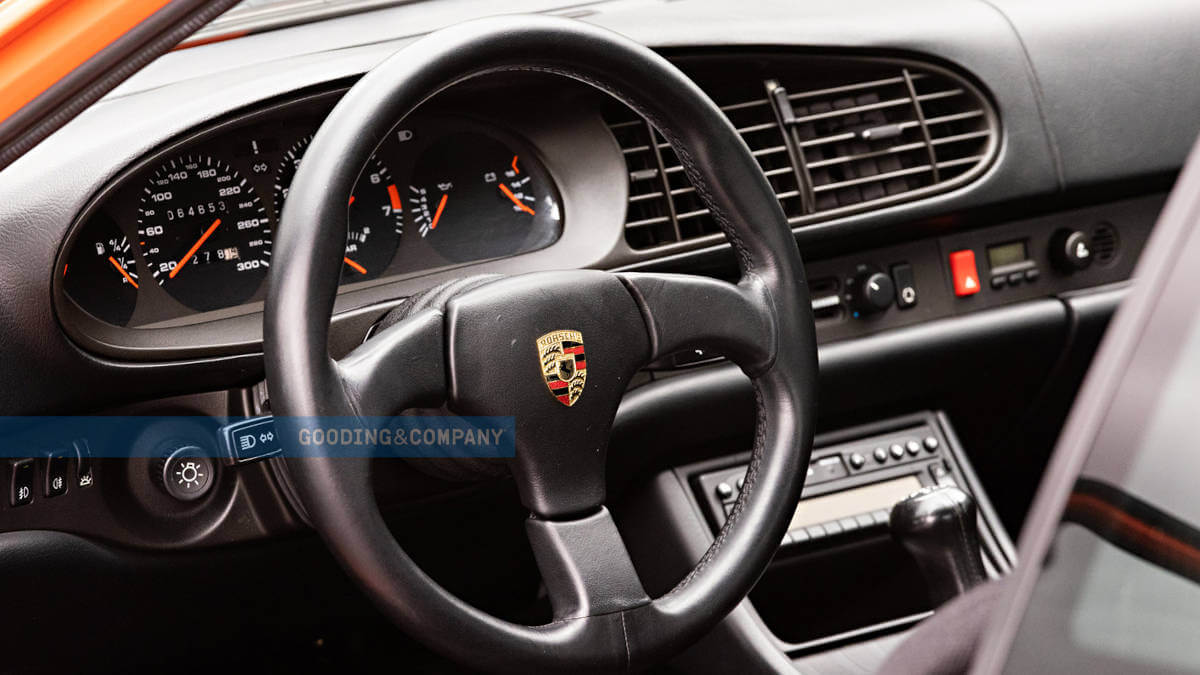 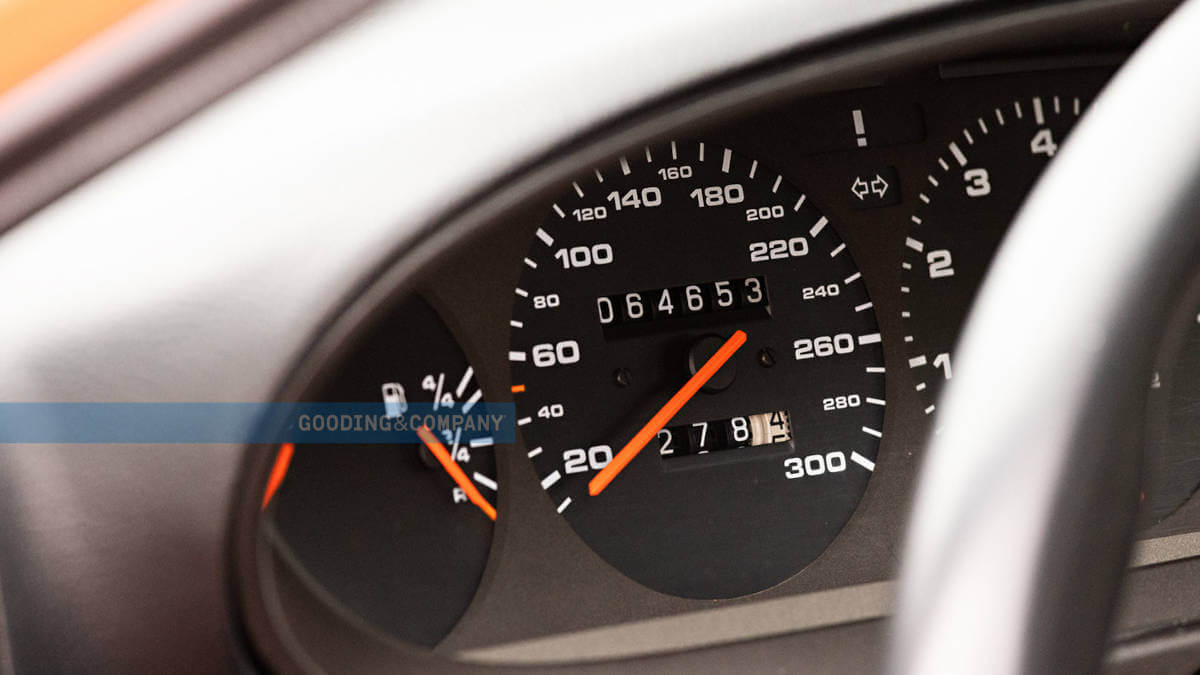 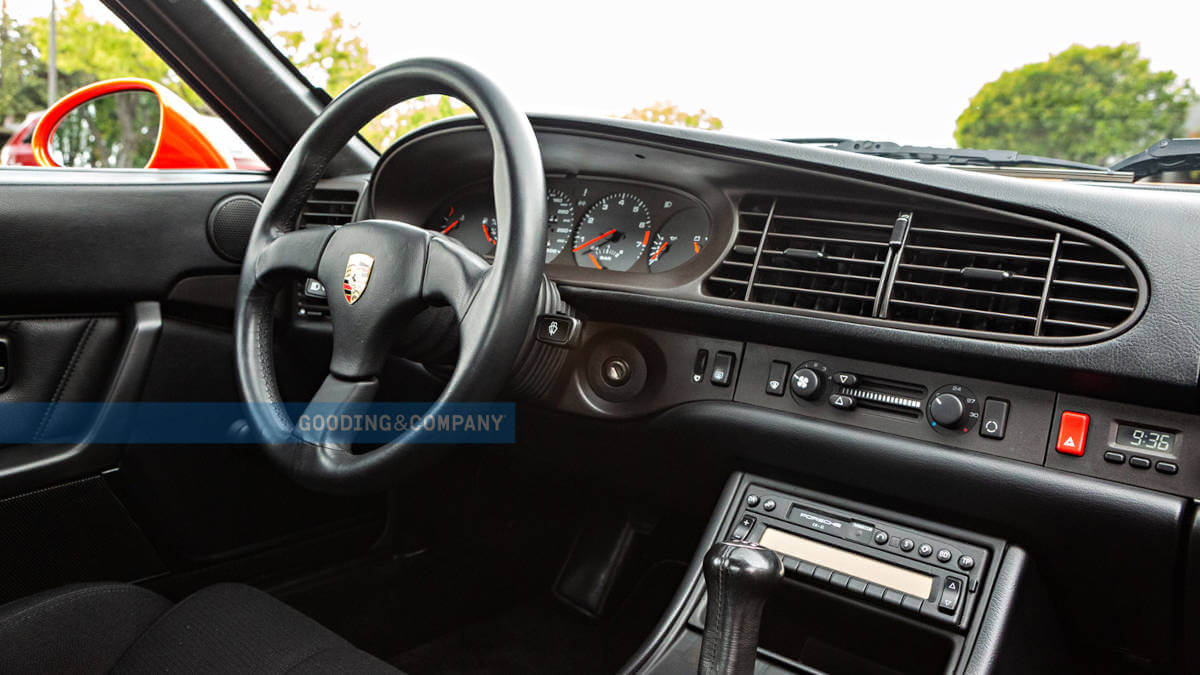 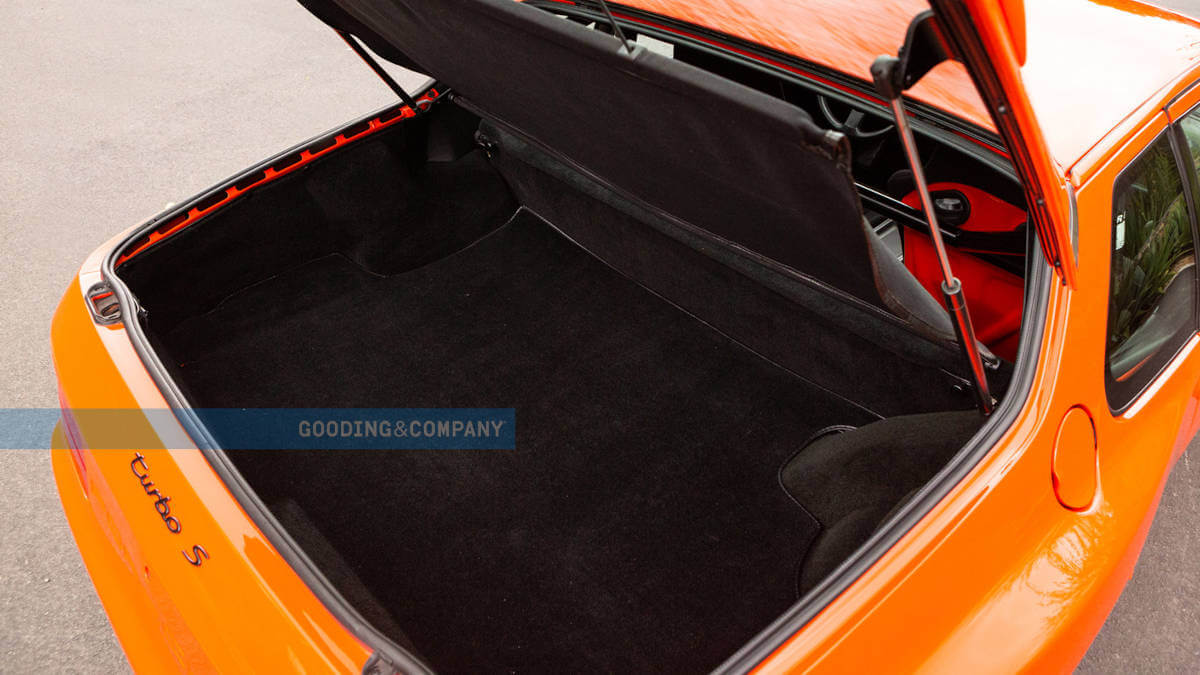 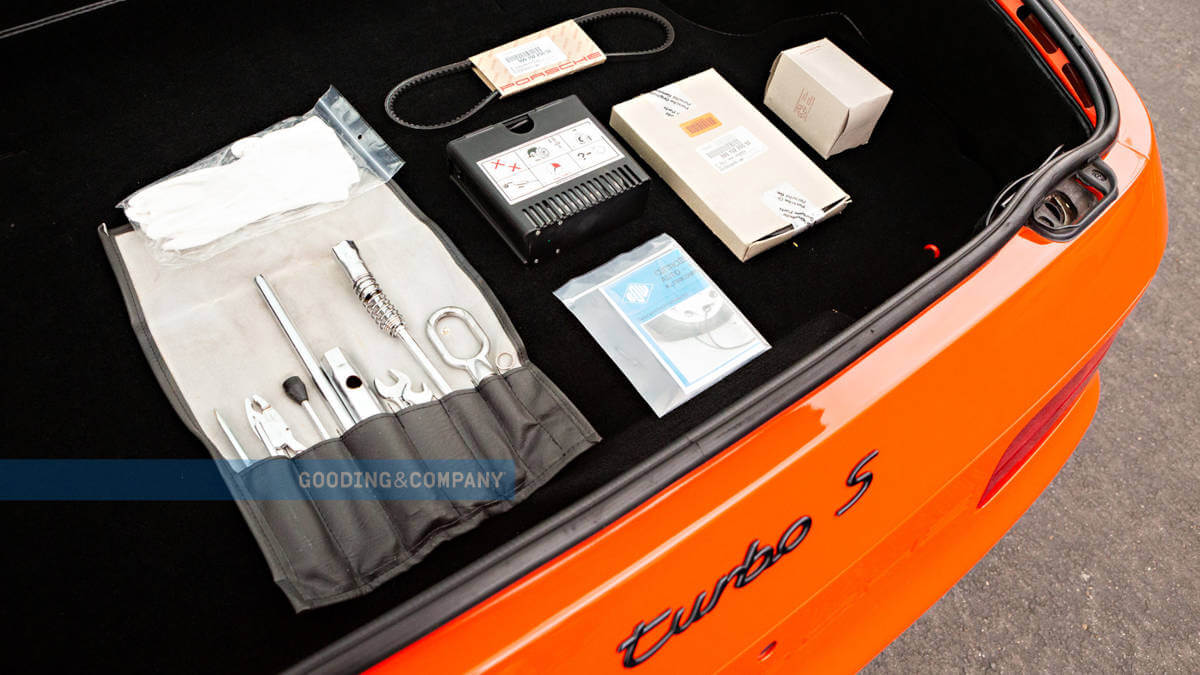 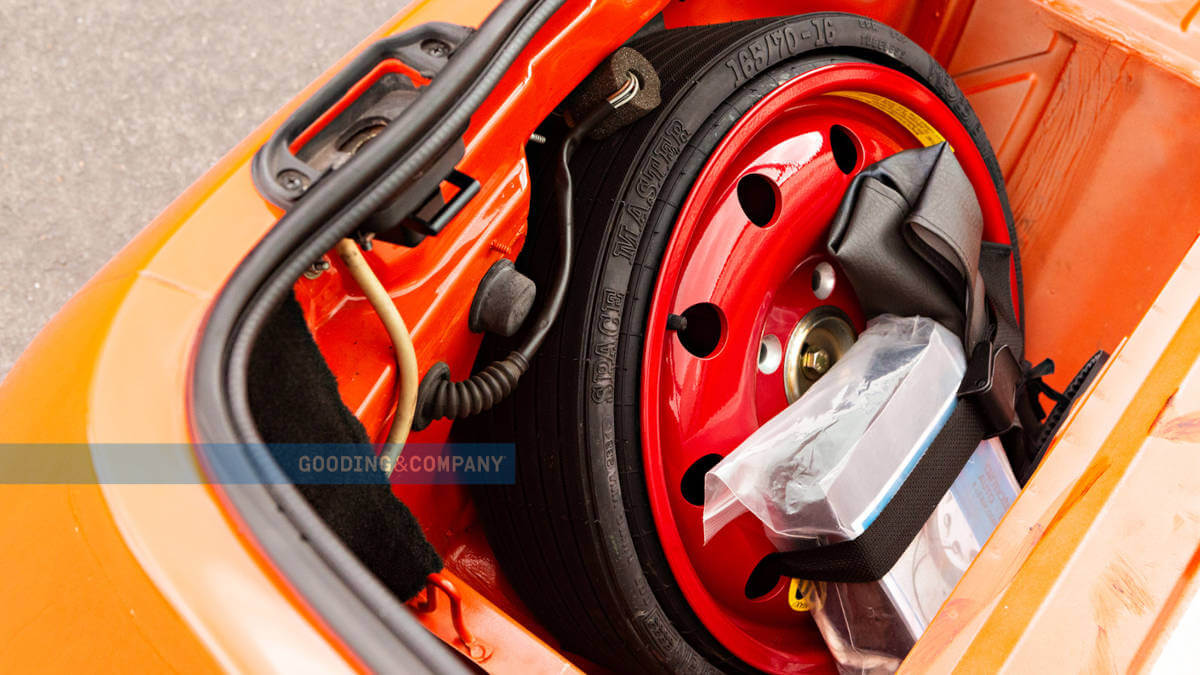 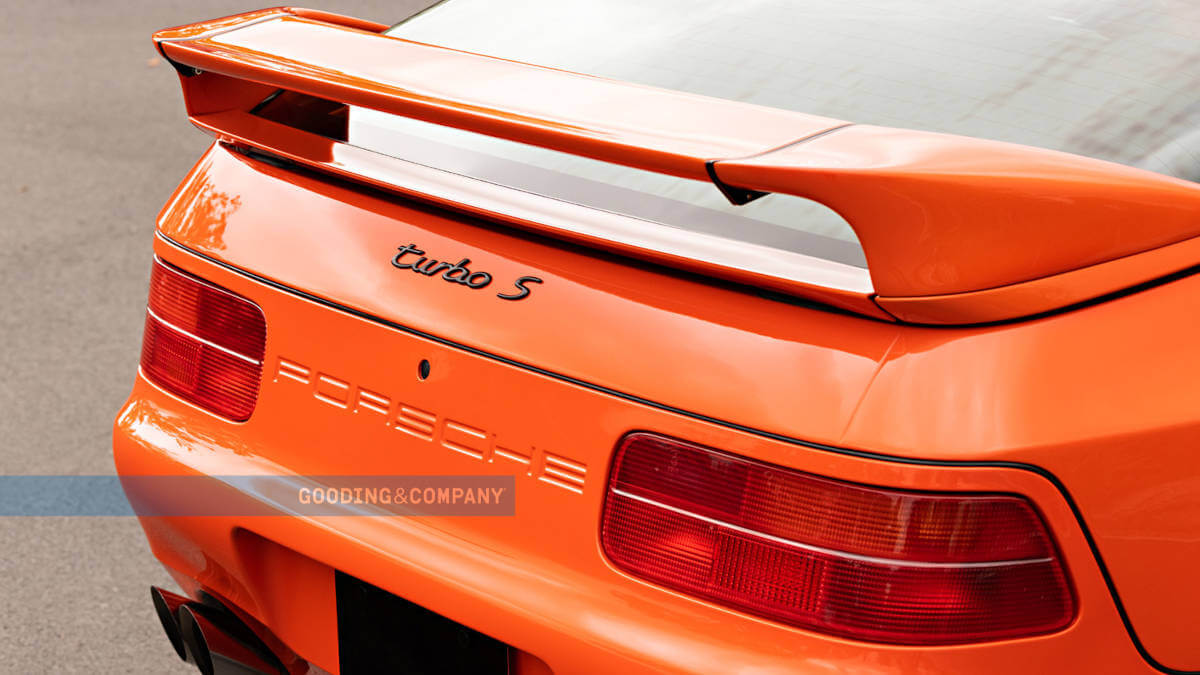 In May, for example, the American auction house Gooding & Company is offering the 968 Turbo S with chassis number 0064 in its ‘Geared Online’ auction. This car was one of two examples to receive a Paint to Sample paint job in Blutorange (blood orange). The first owner also converted the hood to that of the Turbo RS with an additional air outlet for the intercooler. After five owners in Germany, the car crossed the Atlantic in 2016 and has since been in an US collection. A hammer price in the range of US$ 1,000,000 to US$ 1,250,000 is expected at the online auction.