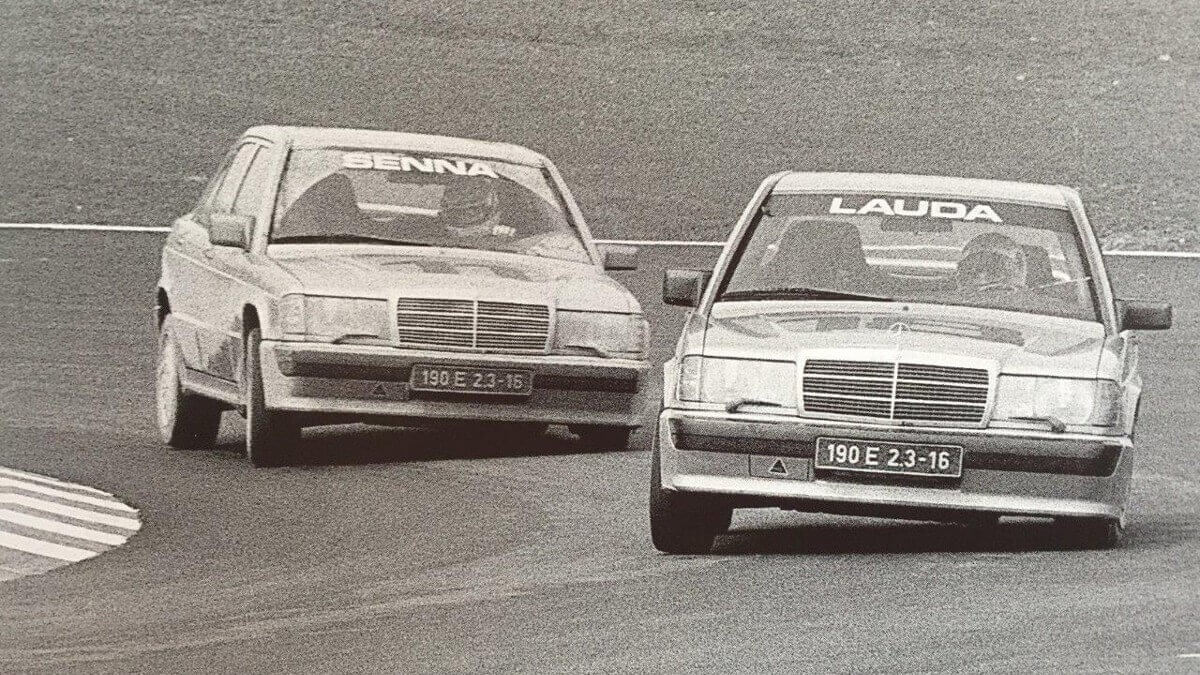 In its long and interesting history the Nürburgring in German area Vulkaneifel is rich of anecdotes and stories only life can tell. One of them happened in 1984. Because of growing interest in drivers safety it was necessary to build a modern racetrack for Grand Prix cars and motorbikes. The 20.8 kilometers long Nordschleife (Northern Loop) couldn’t cope with the fast race cars anymore. If nothing before, specially the fire accident of Niki Lauda in 1974 showed this clearly for everybody.

A completely new racetrack was developed on sketch and than built alongside the Nordschleife. It opened in mid of May 1984 and for this event the organisers cooperated with Mercedes-Benz to set up a special race with 20 identical pre-series cars of the 190 E 2.3-16 seated with well-known racedrivers of the time. Next to Nelson Piquet, Stirling Moss, Klaus Ludwig and Keke Rosberg also Niki Lauda was around. As were two young F1 drivers who didn’t have won a world championship back in those days: Alain Prost and Ayrton Senna. Even before the race started there were some big legends out on the track: Juan Manuel Fangio and Herrmann Lang did some demo laps in old Grand Prix racecars from Mercedes-Benz. 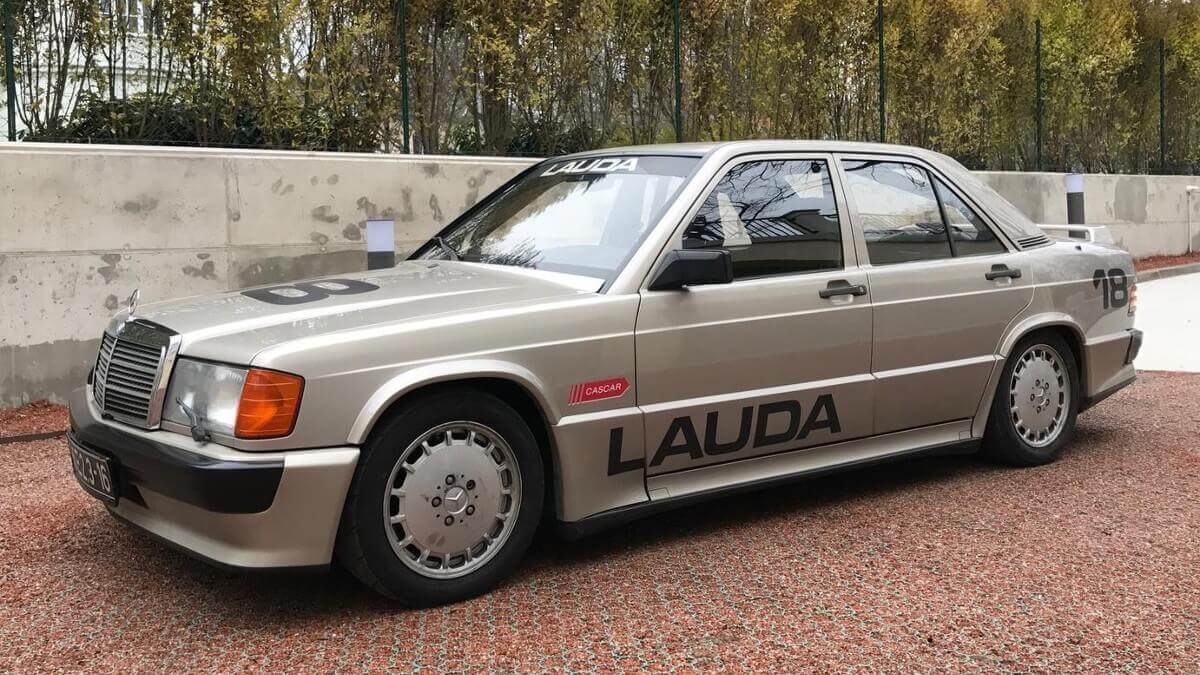 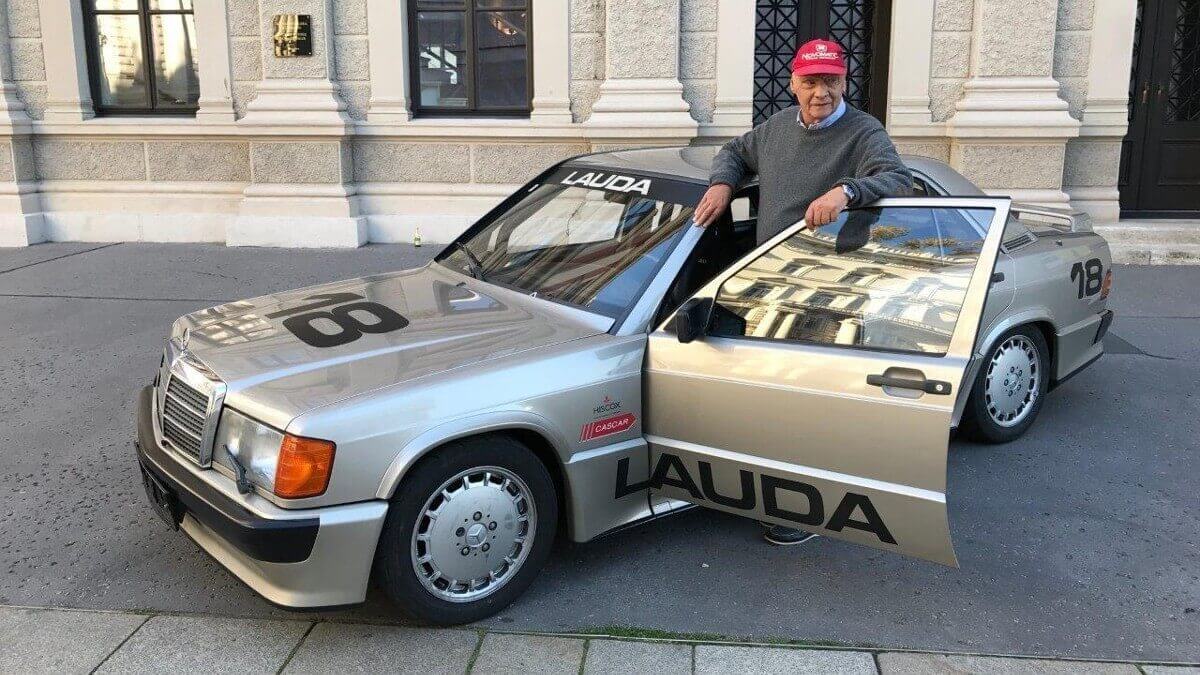 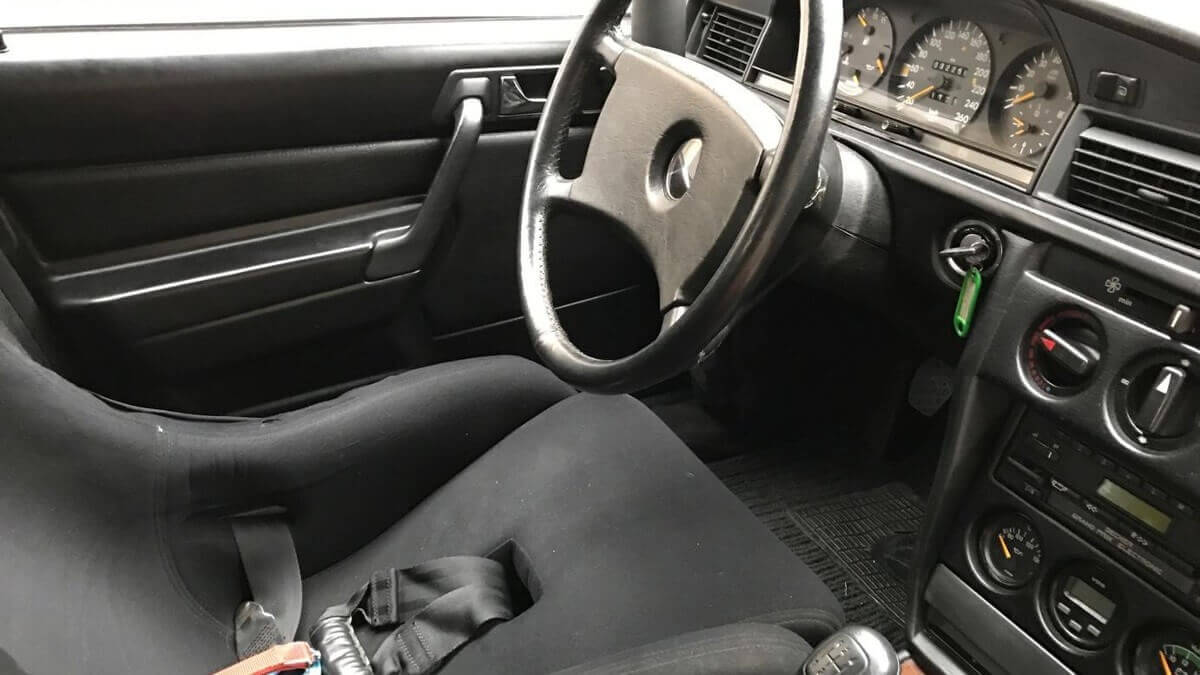 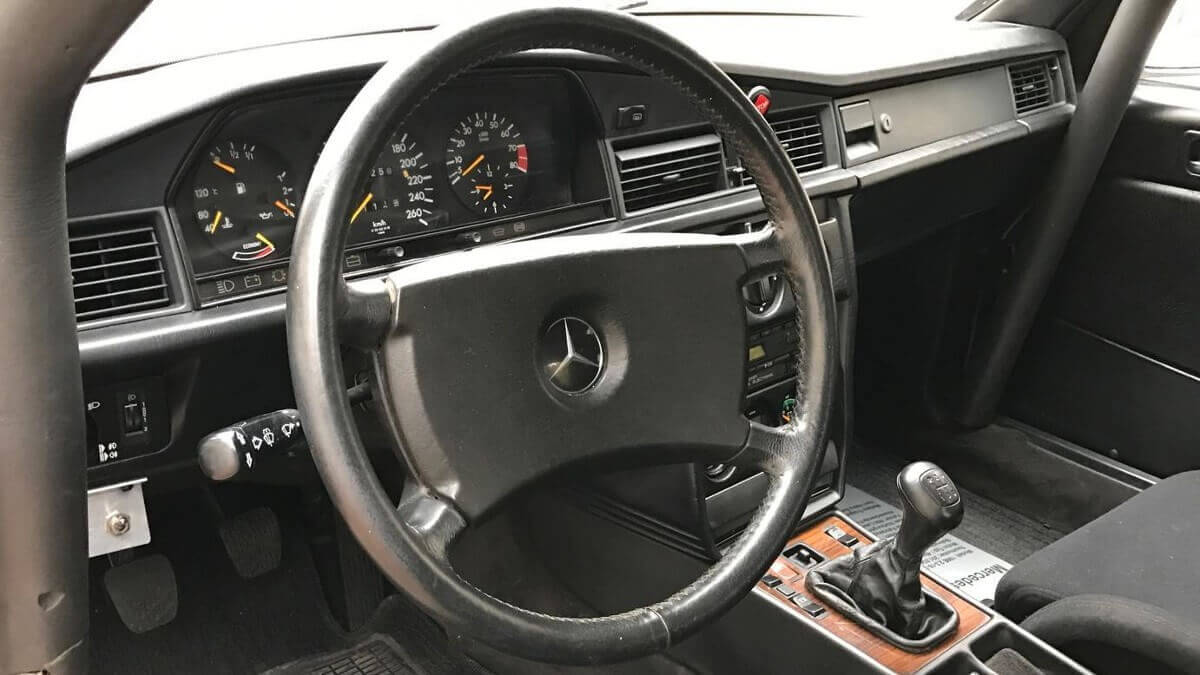 In the actual ‘Race of Champions’ really hot racing action took place – although temperatures were low and weather partially dreadful. All 20 cars were pre-production spec and only slightly modified by using racing seats, five-point seatbelts and a full rollcage. The full racing distance saw many changes within the positions with one driver showing his talents to the world: Young Ayrton Senna. He finished first, closely followed by Niki Lauda with red glowing brake discs on his 190 E. That Mercedes-Benz owns the winning car until today is no wonder – specially as Senna got well known globally in the following years, but that you could buy the other 19 race cars after the event was special. Many of them are still in original condition and can be found in collections around the world.

Now you have the chance of buying the second finishing car of Niki Lauda. After a short-term visit to the stand of Axel Schuette during Techno Classica last month the 190 E 2.3-16 is now for sale with Jan B. Lühn in Münster. Friends of the brand as well as fans of three-time F1 champion Niki Lauda should think about an amount of 100,000 to 200,000 Euros to buy it. The real price can be asked at the dealership.