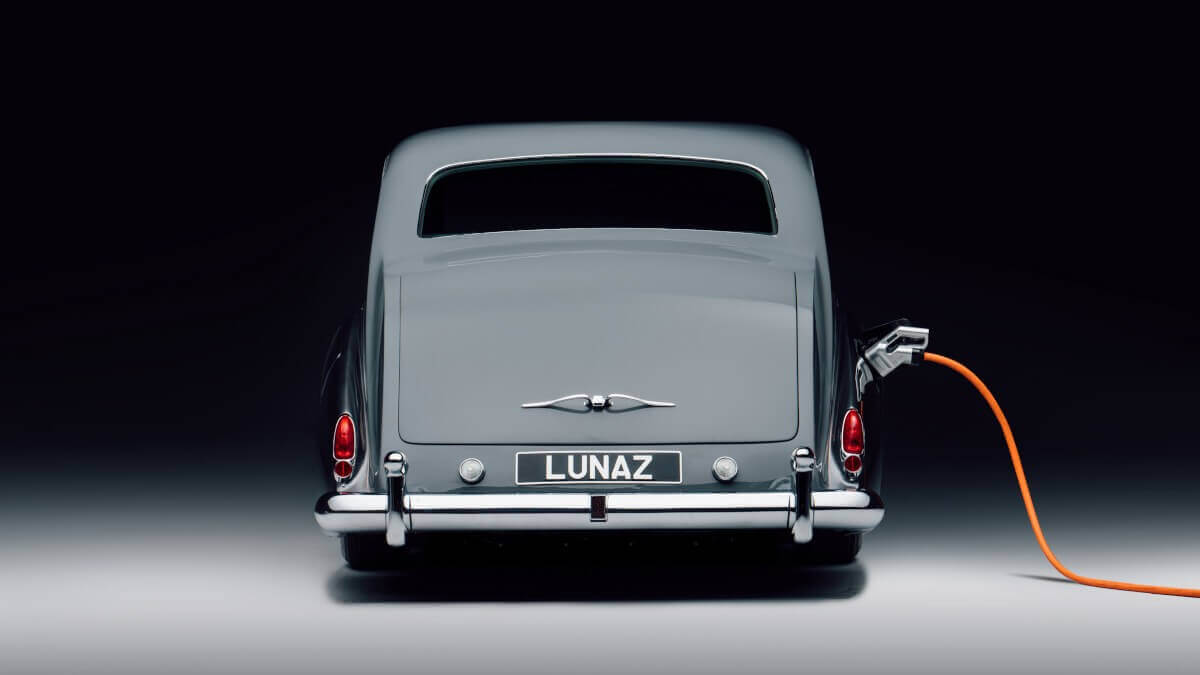 In October 2019, the Silverstone-based company Lunaz announced that from now on it would equip classic cars with electric drives. For this purpose, the classic cars will be extensively restored in advance so that the new drive technology doesn’t tear open any rust. After all, electric motors make their full torque available from the first revolution and don’t work their way through the speed range as classic petrol engines do. Even before restoration work begins, every corner of the car is weighed carefully to ensure that the weight is distributed the same way at the end of the restoration. After the vehicles have been completely dismantled, the Lunaz employees carry out an extensive 3D scan in order to be able to plan the exact installation positions and shapes of electric motors, batteries and control units on the computer. Of course, the customers can specify their desired color combination for the following work on the sheet metal and interior. In addition to an already converted Jaguar XK120, two Rolls-Royces were in the conversion process in October. The conversion of the particularly luxurious Phantom V from 1961 continued until now. The completion of this project also marks the start of small series production of comparable Rolls-Royce models based on the Phantom and Silver Cloud. For this purpose Lunaz doubles the number of employees at the company’s headquarters in Silverstone within the next weeks.

The pure road presence of a Rolls-Royce Phantom V has been achieved by very few other cars to date. Lunaz wants to make this attribute tangible for future generations by electrification. For this purpose a tailor-made package was developed, consisting of a 120 kWh battery pack, powerful electric motors and control electronics adapted to the weight of the vehicle and its intended use. The promised range with a full battery charge is more than 300 miles (over 480 kilometers). In addition to charging at normal sockets, Lunaz naturally also allows connection to quick-charging points. 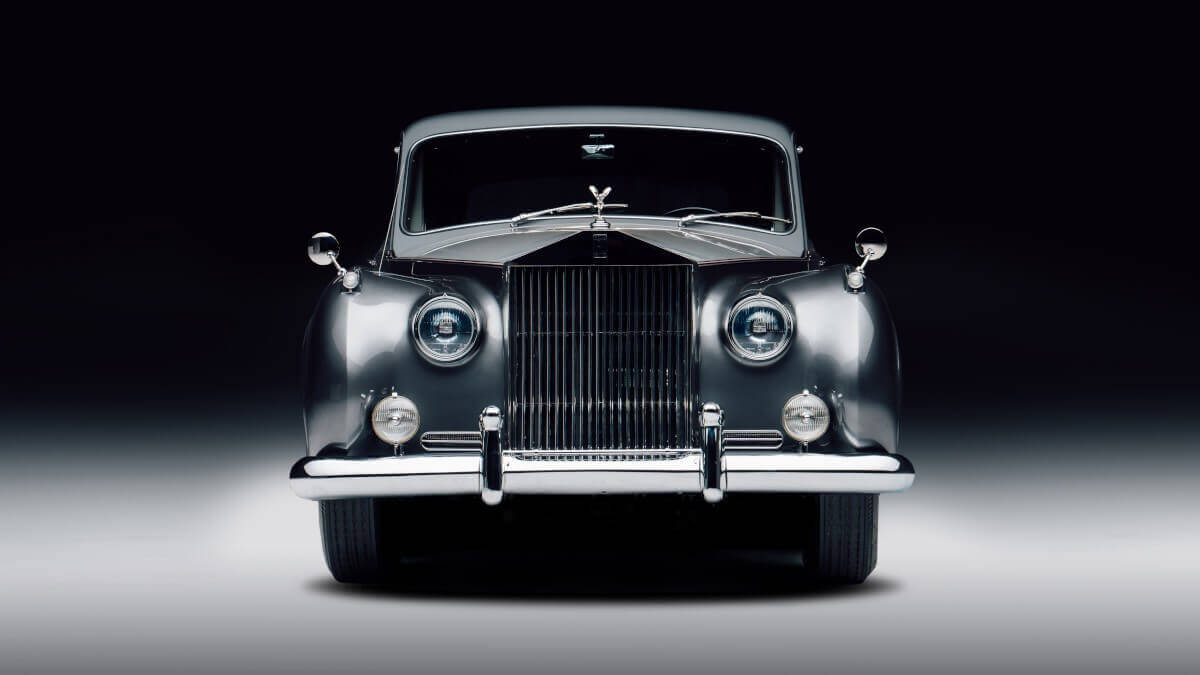 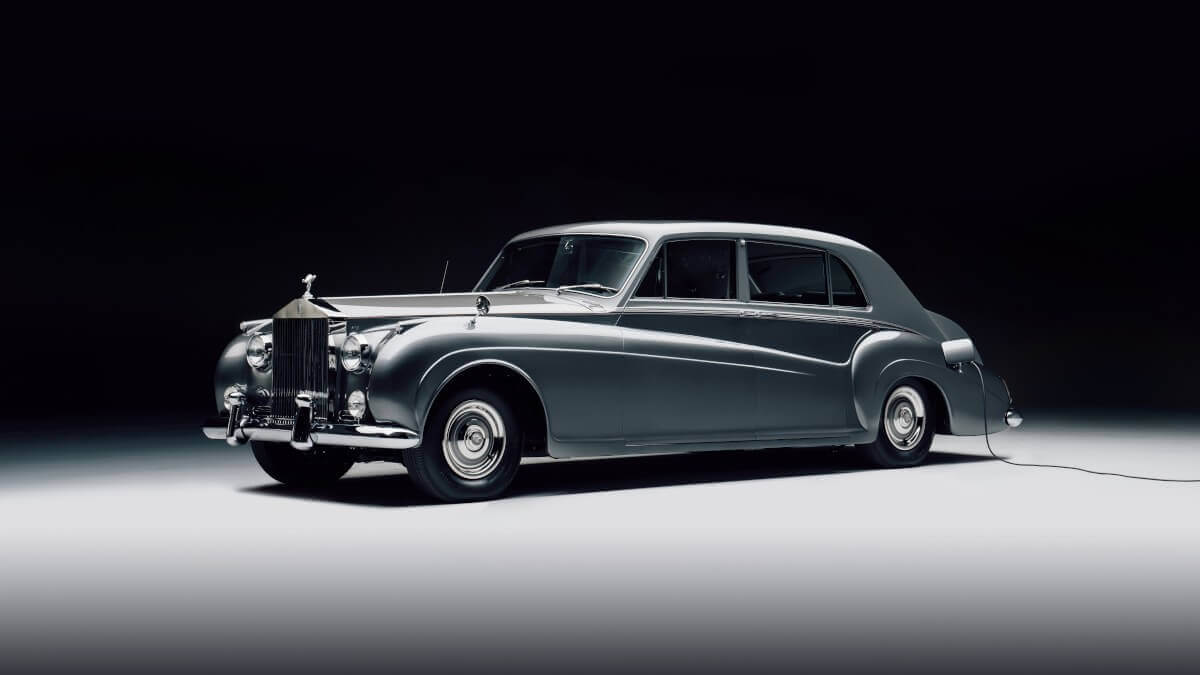 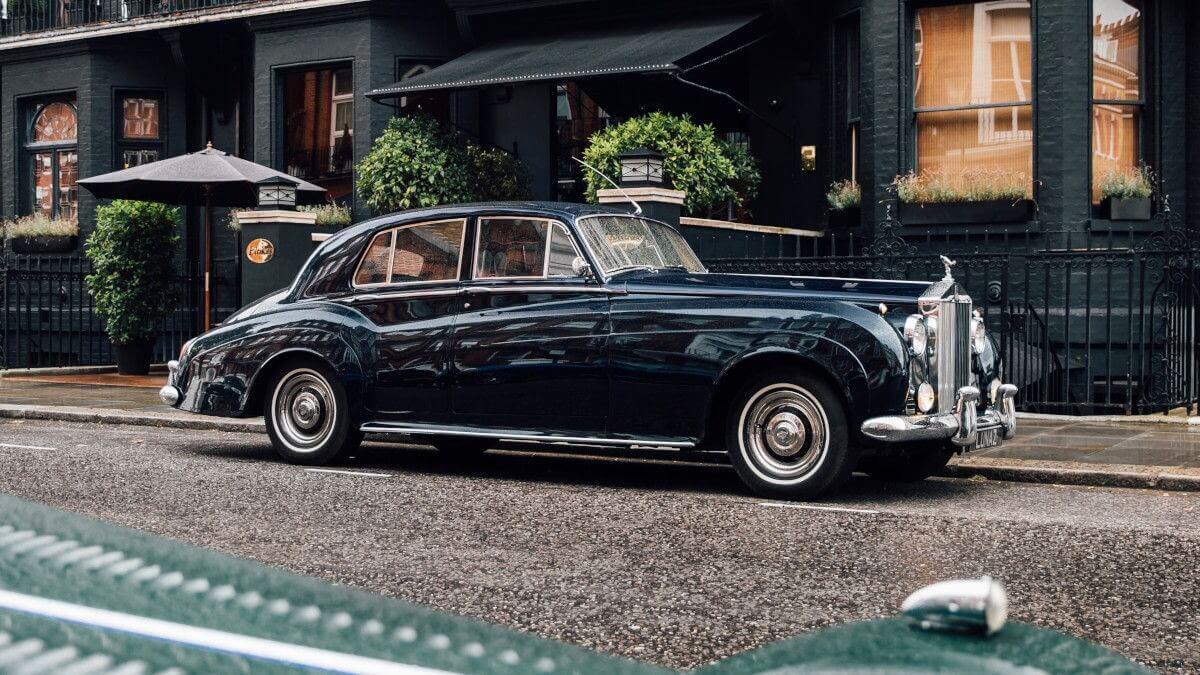 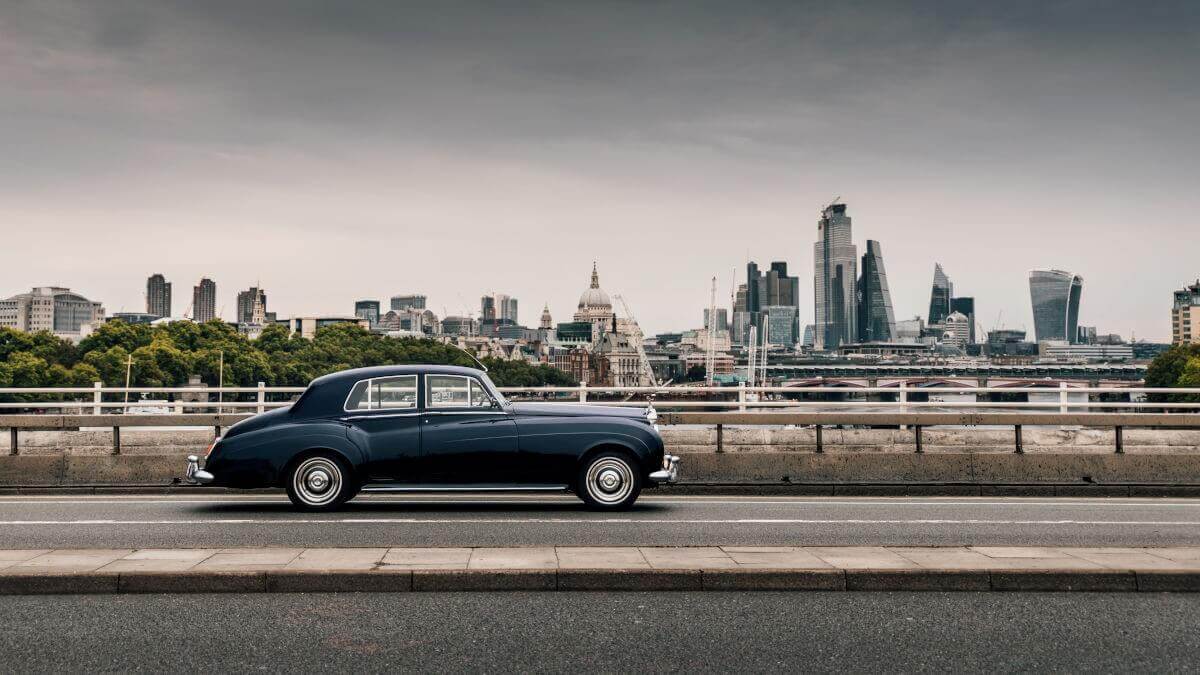 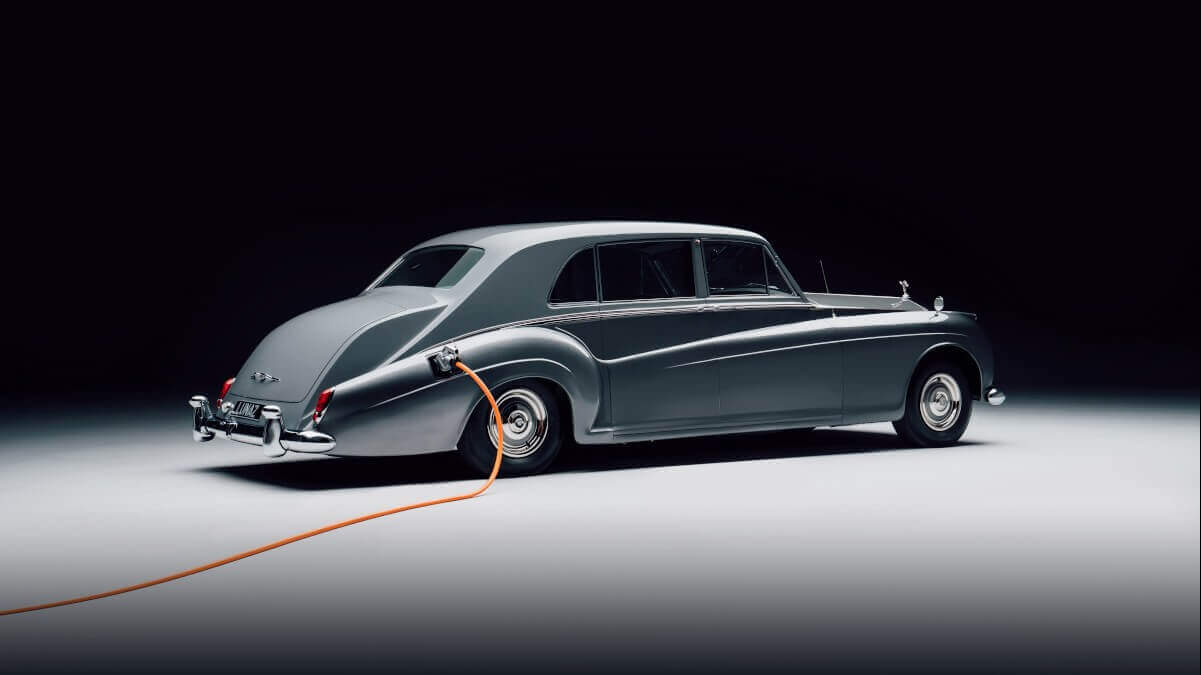 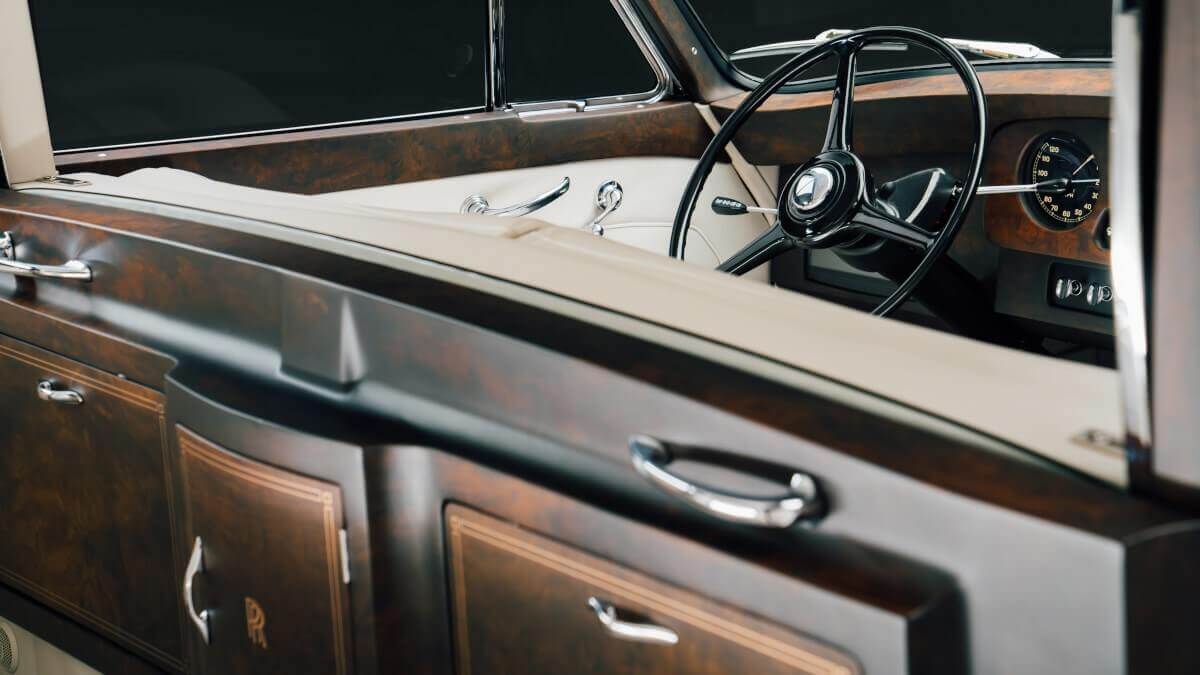 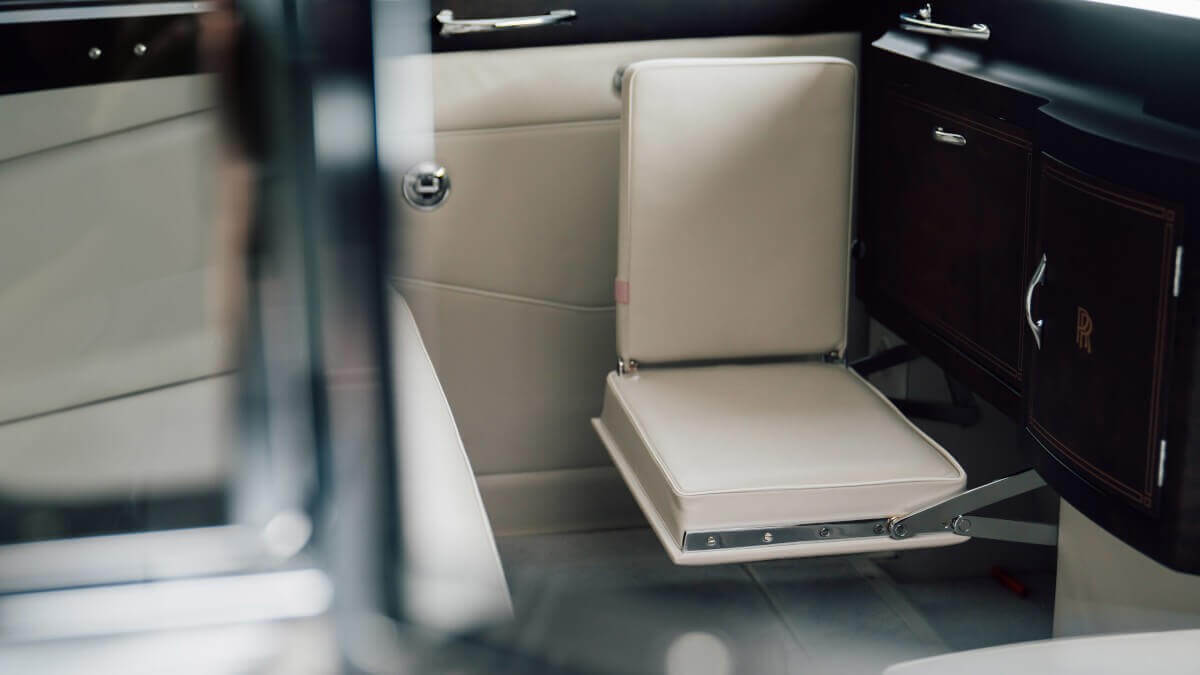 For the first Lunaz Rolls-Royce Phantom V Electric a two-tone paint scheme in the colors ‘Midland Grey’ in the upper and ‘Cinereous Grey’ in the lower body area was chosen. Between those colors a hand-drawn line provides a visual accent by picking up the pink hue of the bakelite phone that had been originally fitted between the rear seats before the restoration. Lunaz reworked this unit, gave it new cellular phone technology and reinstalled it in its original place. All around it the interior is in light ‘Argent Grey’ whereby the pink of the phone has been taken up again in some details like hand straps. All original wooden parts have been extensively refurbished with a matte finish and rosegold inlays.

In the cockpit a modern infotainment system including navigation and an audio system with splitable output between front and rear passengers were integrated. In addition, there is a more powerful air conditioning system. Two displays are hidden in front of the foldable picnic tables, which can be used to watch movies or mirror the displays of the smartphones brought along. In the middle between the picnic tables there is a bar in the partition wall to the cockpit. In 1961, this Phantom V left the factory as an eight-seater with continuous benches at the front and rear and two fold-out additional seats in the rear. Lunaz retained this configuration during the restoration.

Next to models of the Phantom series, Lunaz also refines Silver Cloud I, Silver Cloud II and Silver Cloud III as saloons or Drop Head Convertibles. As these vehicles are lighter by nature, an 80 kWh battery pack is sufficient for the same range. While prices for a Phantom conversion start at £ 500,000, the Silver Cloud conversion is priced at £ 350,000 (plus tax).