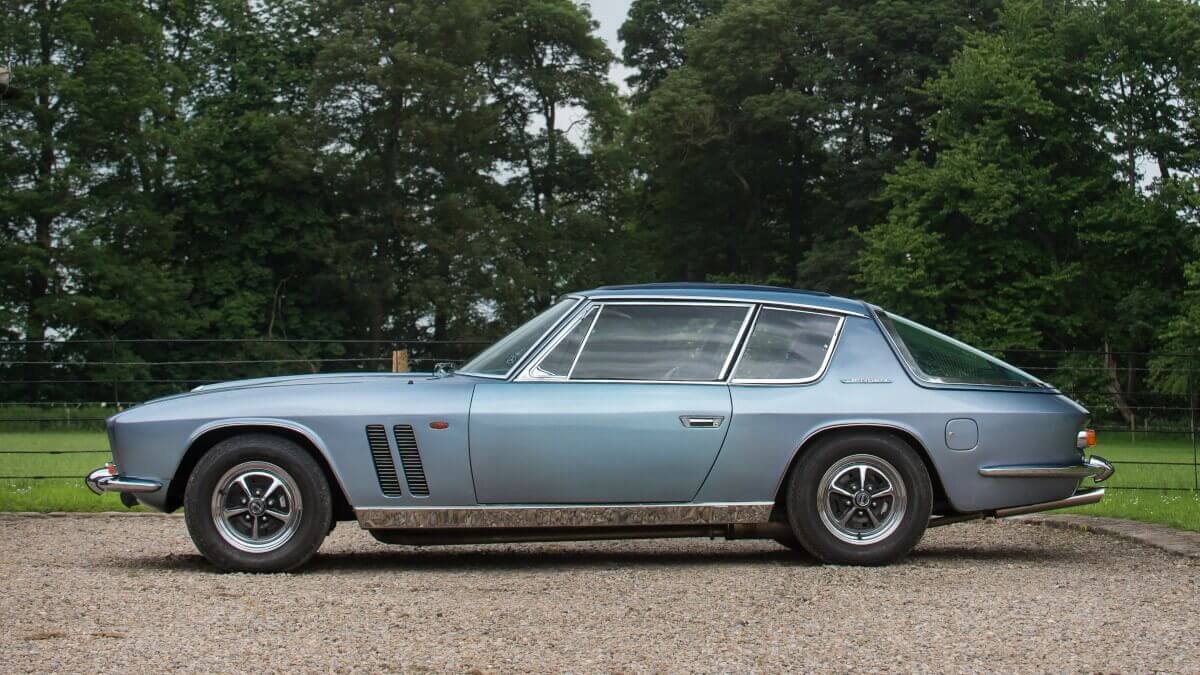 Jensen is in today’s automotive world only known to diehard fans – and then mostly only for the Interceptor. Only a few know that the British manufacturer built various beautiful sports cars and GTs. One example is the rare Jensen FF, which might be considered as just another Interceptor by unknowing observers. With only 320 built copies this is not too surprising.

In 1966 the Jensen FF was the star of the London Motor Show together with its sister model, the very similar Interceptor. The two models are best distinguished by the  longer wheelbase, a ventilation slot in the hood and a second air outlet behind the front wheel. This extension of ten centimeters resulted from the drive concept of the FF, whose abbreviation stands for ‘Ferguson Formula’. Together with the British company Ferguson Research, founded by former Massey-Ferguson co-founder Sir Henry Ferguson and race driver Tony Rolt, Jensen developed a four-wheel drive system. Originally Ferguson had devised this system in the late 1950s for a Formula 1 race car. Jensen aquired the exclusive rights for use in production vehicles. Thus the FF was the first production car with four-wheel drive, long before Subaru and Audi offered this technology in their cars. Previously there were only commercial and military vehicles as well as real offroad vehicles with four-wheel drive. At the same time Jensen introduced a mechanical anti-lock braking system from Dunlop for the first time in a production car. 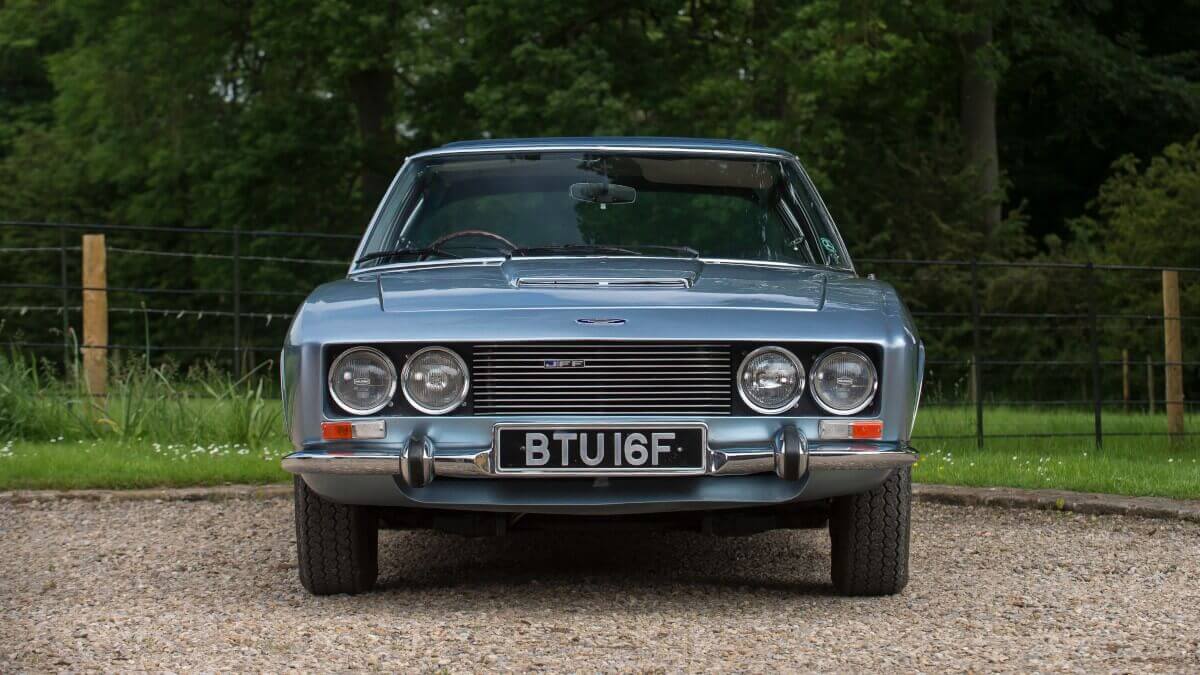 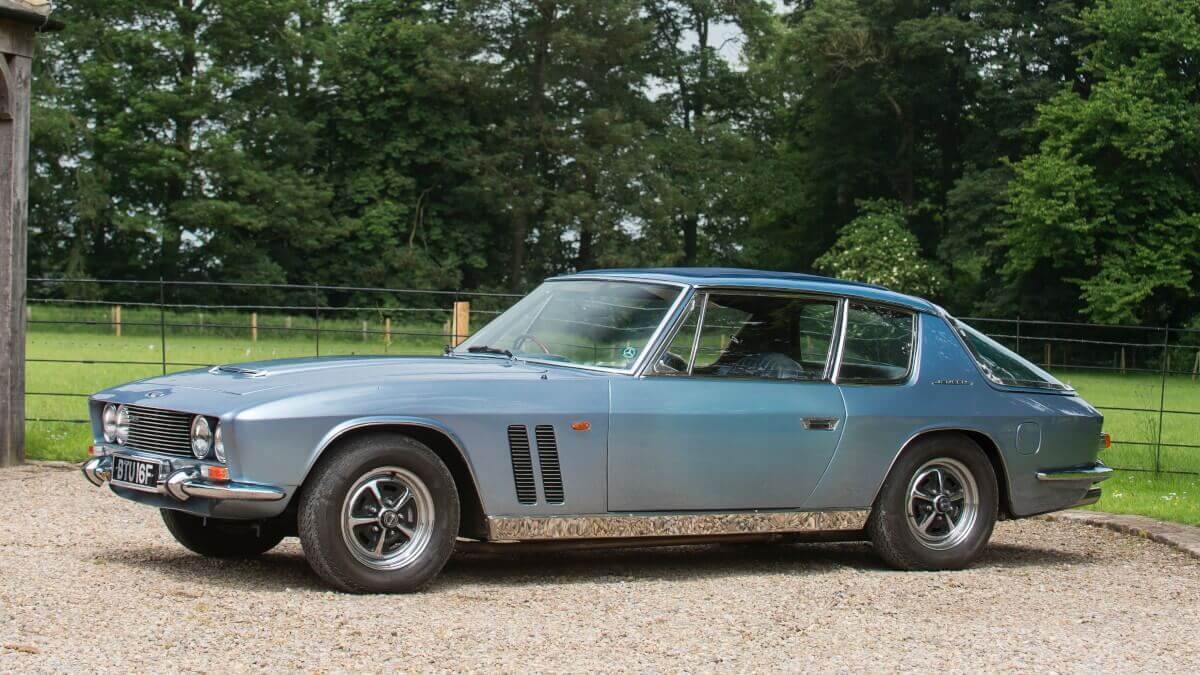 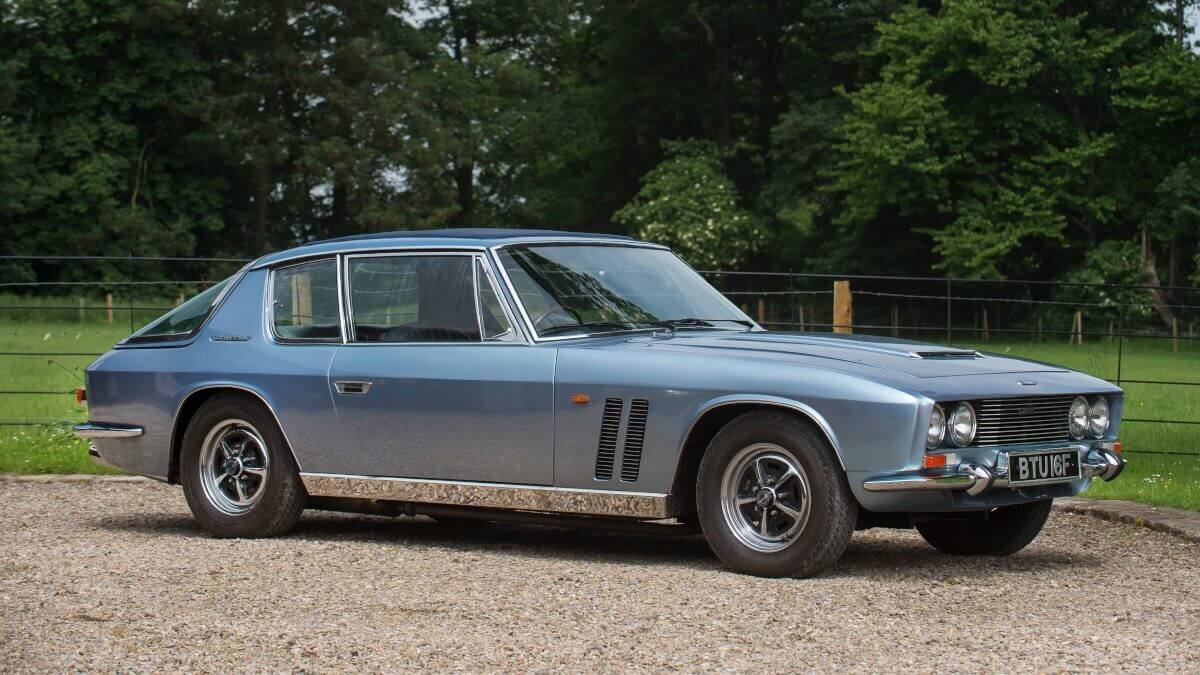 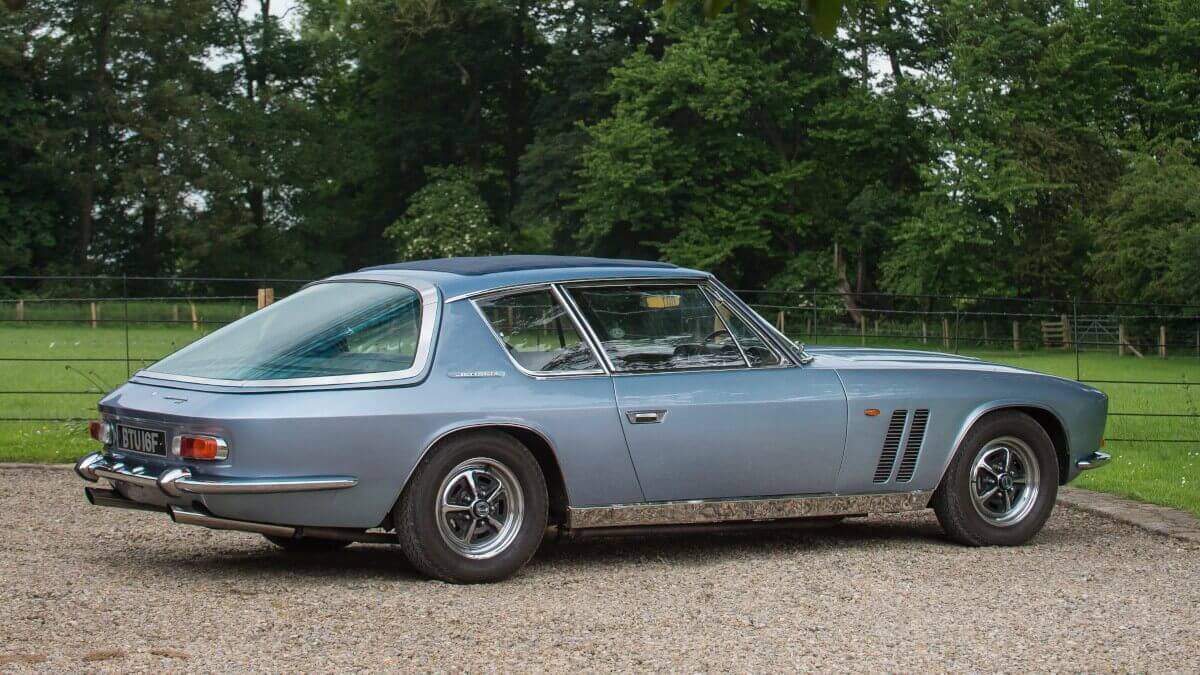 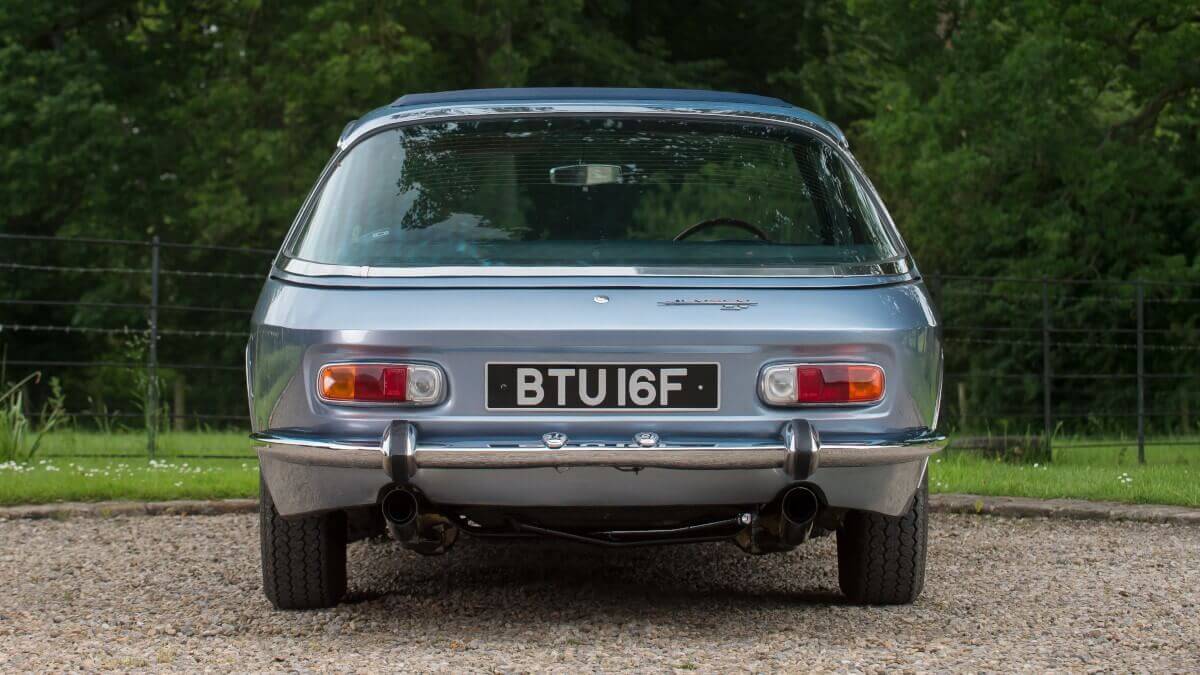 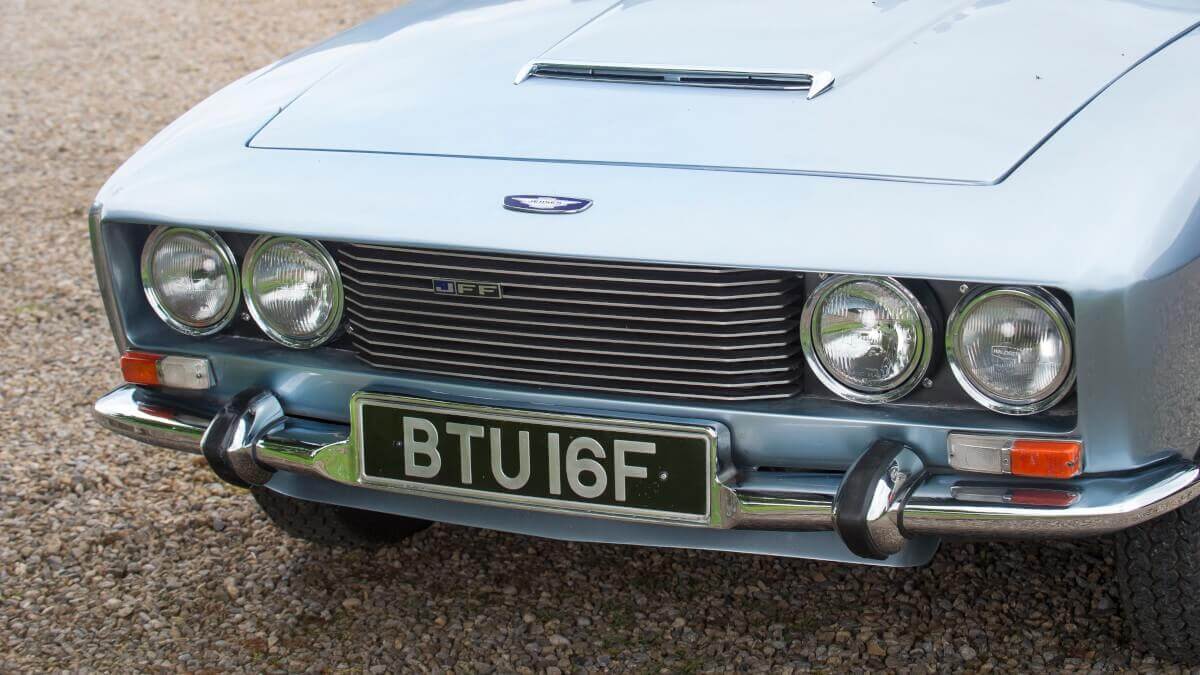 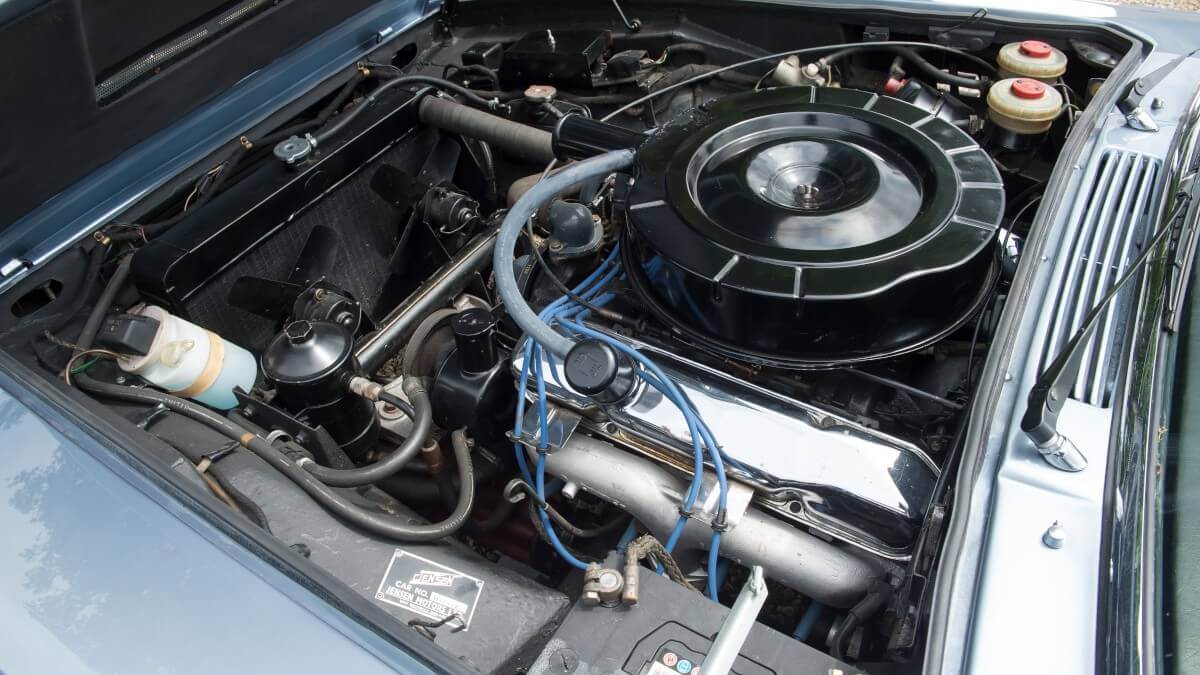 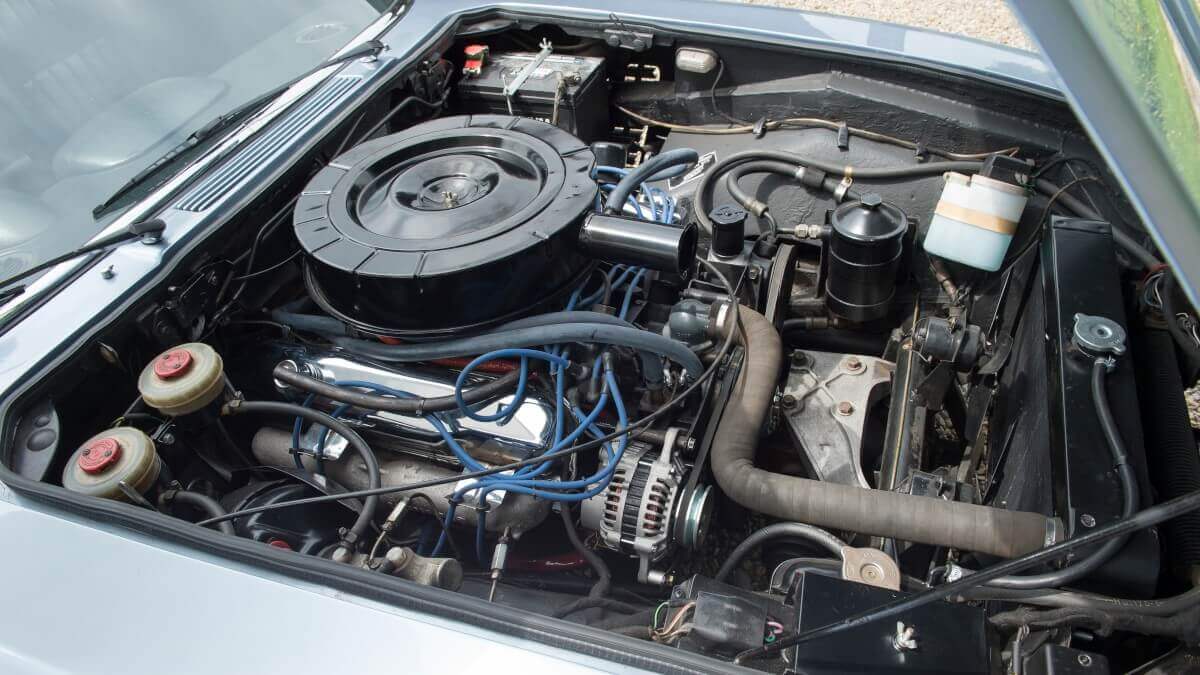 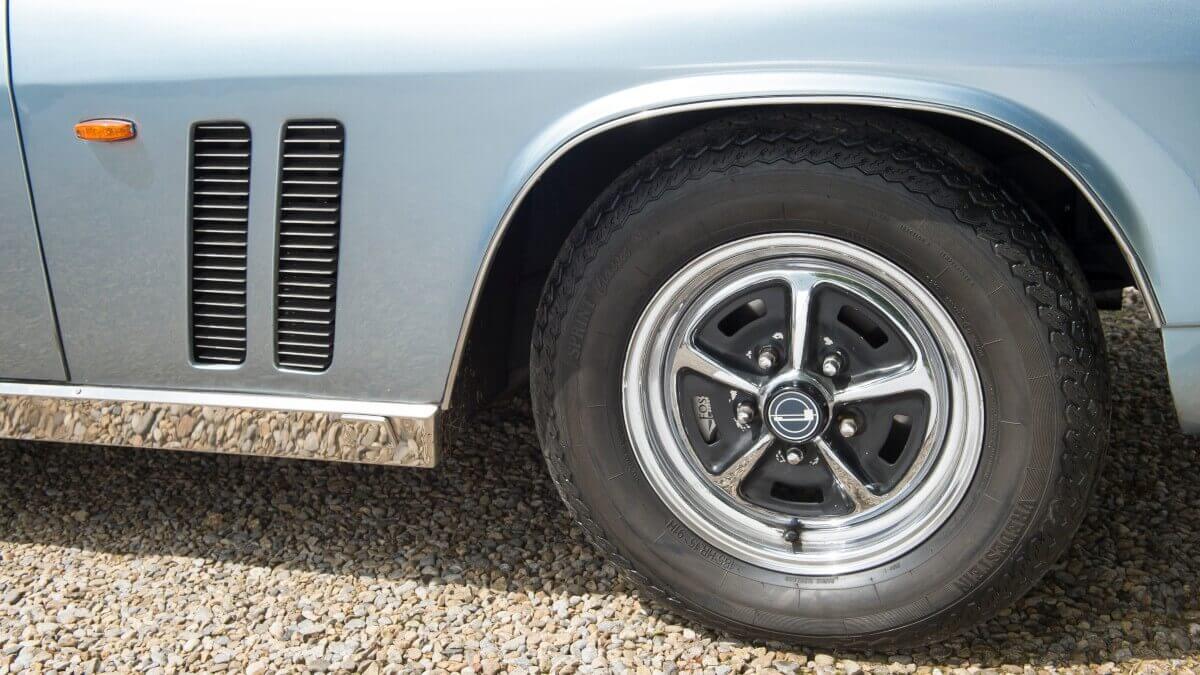 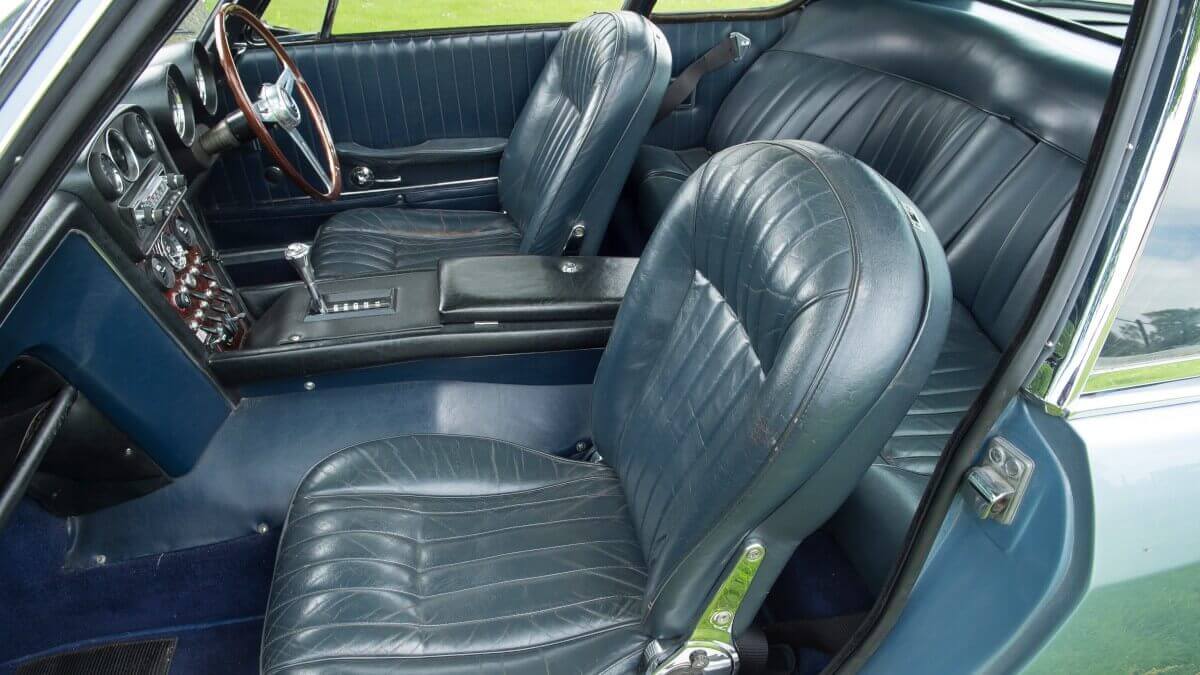 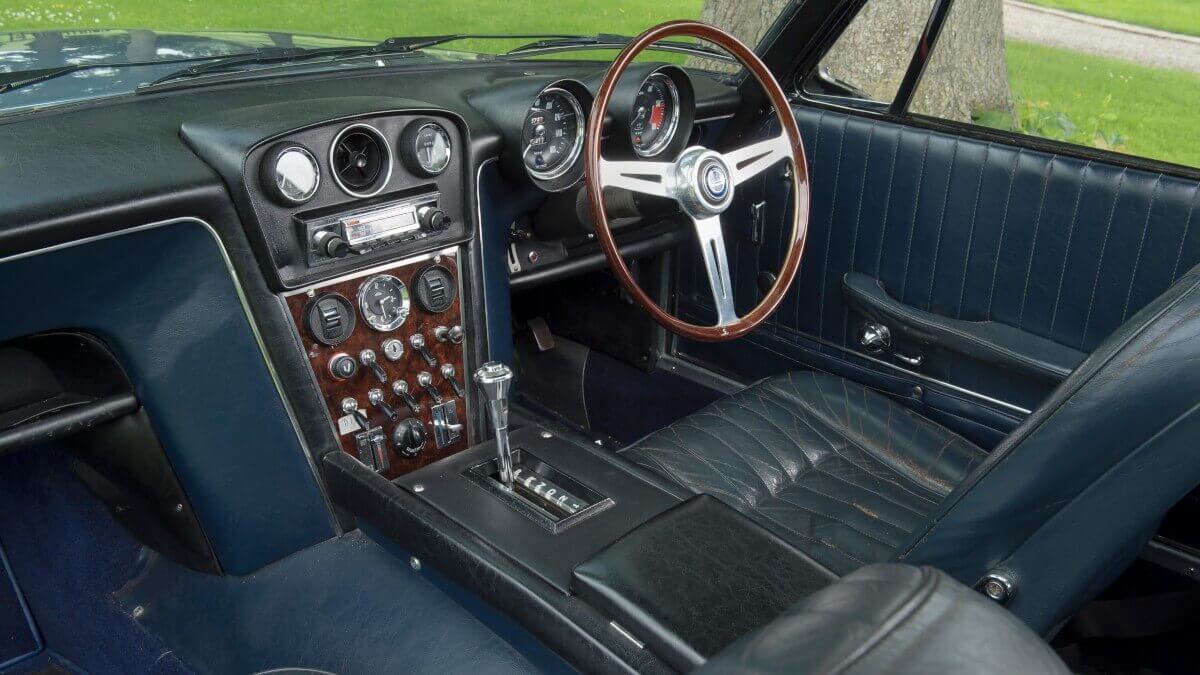 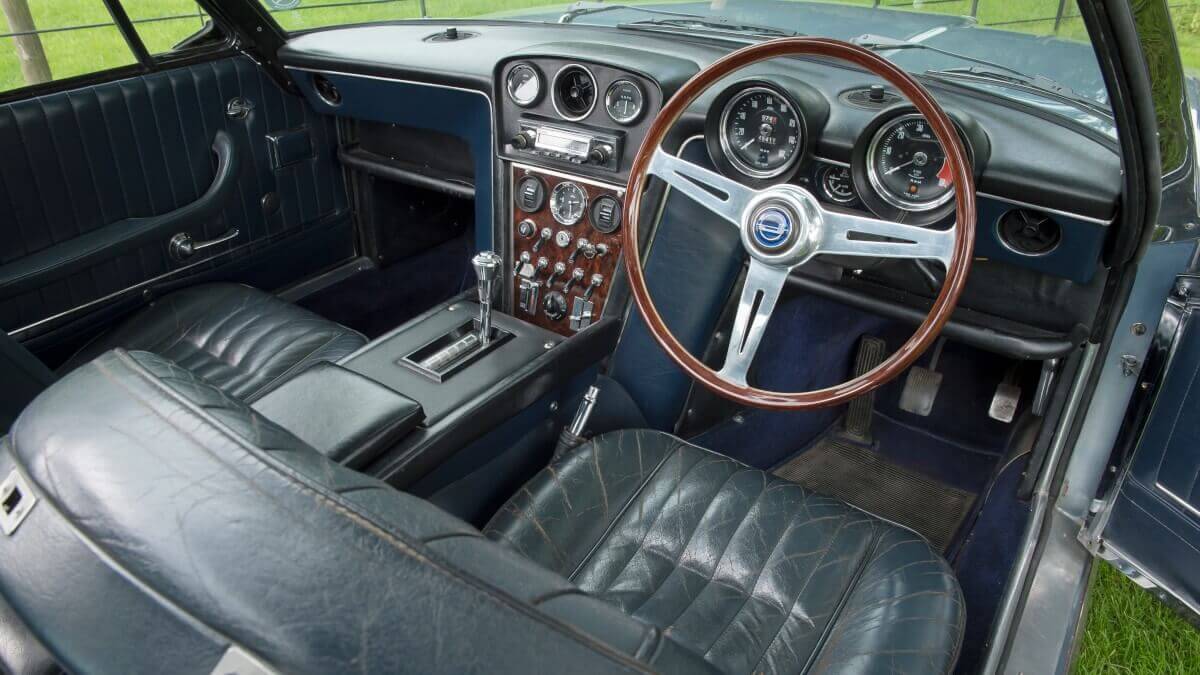 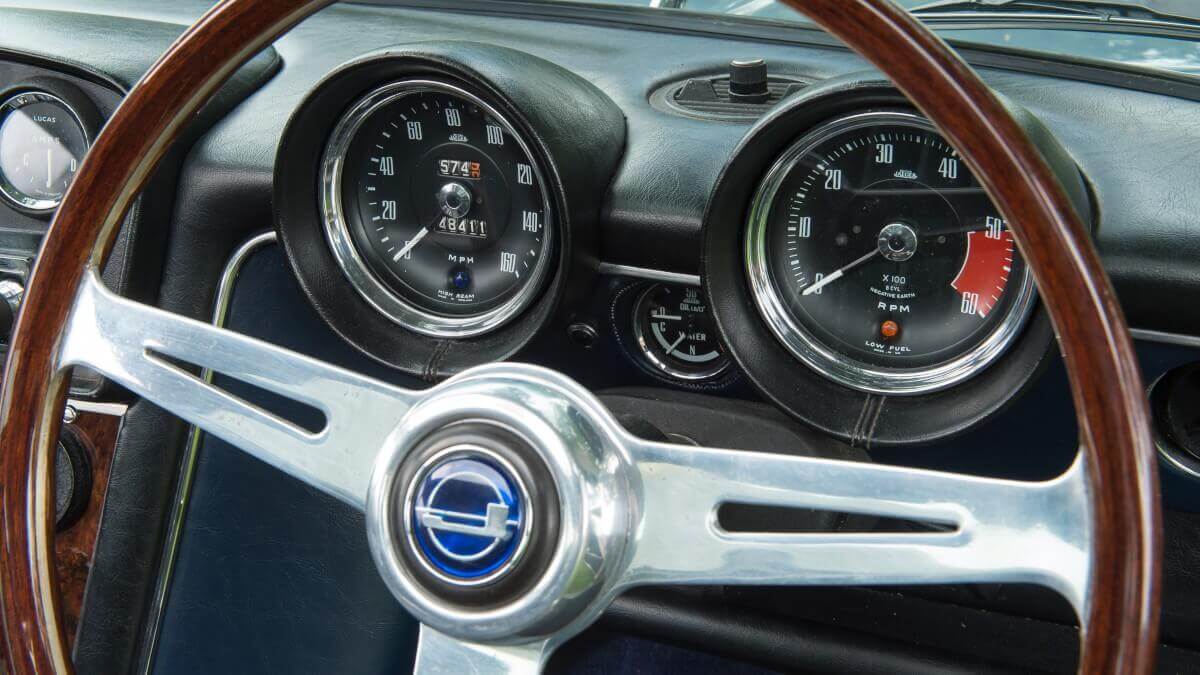 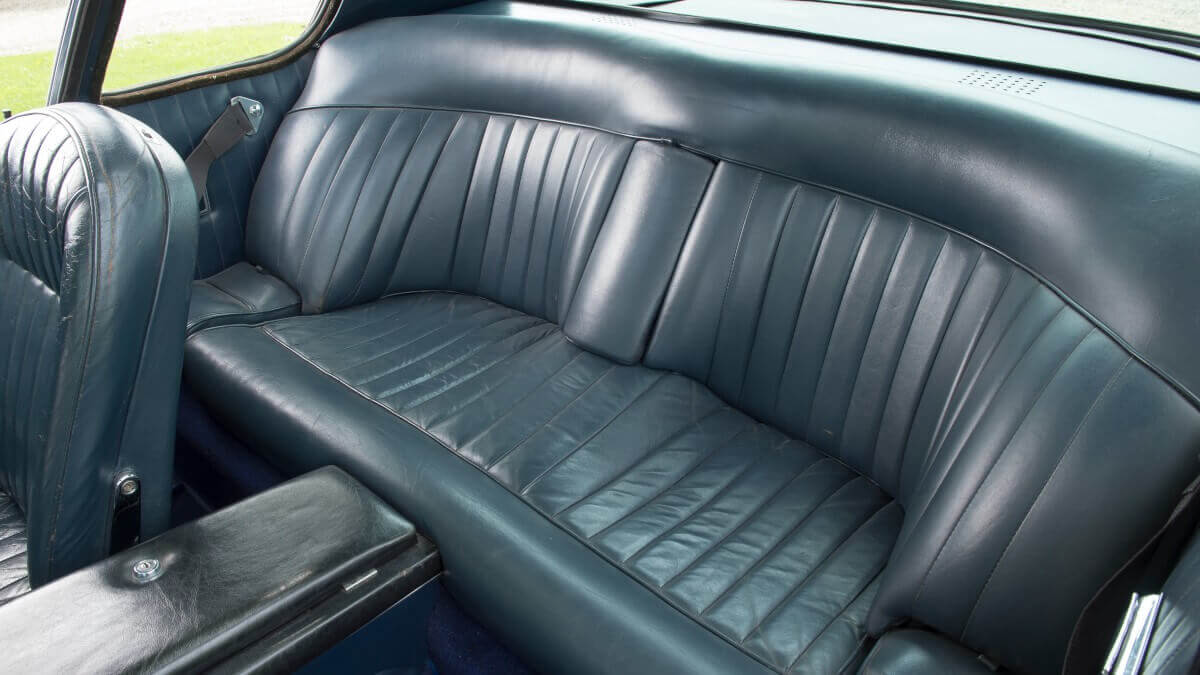 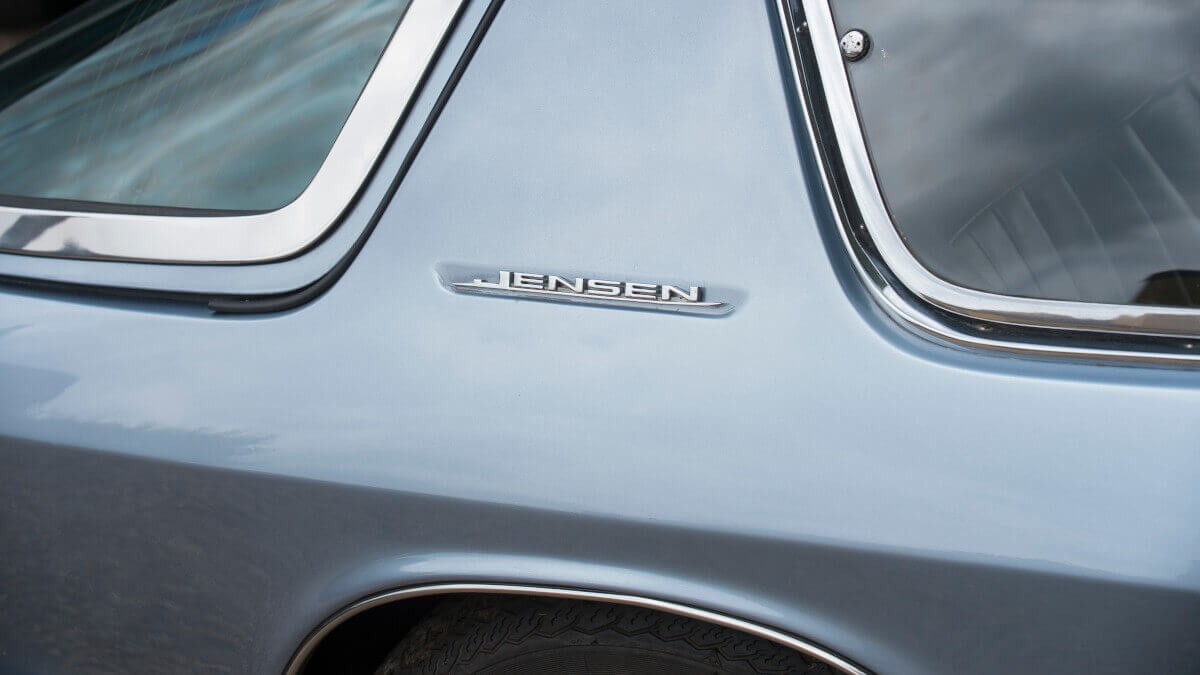 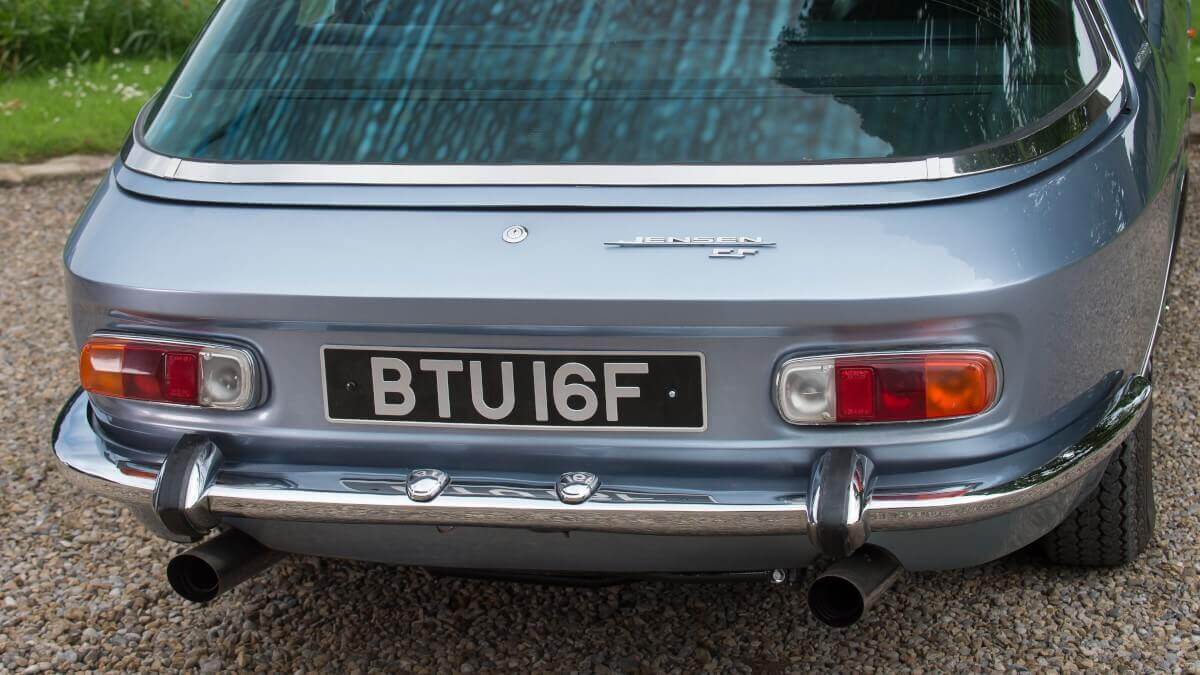 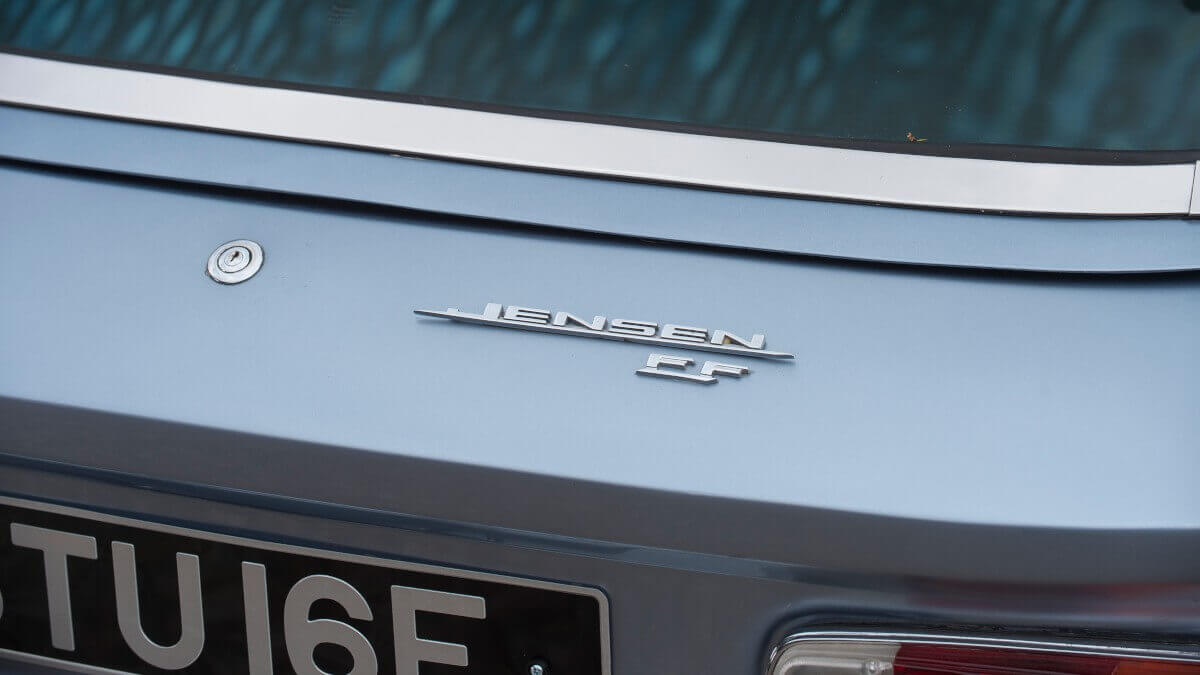 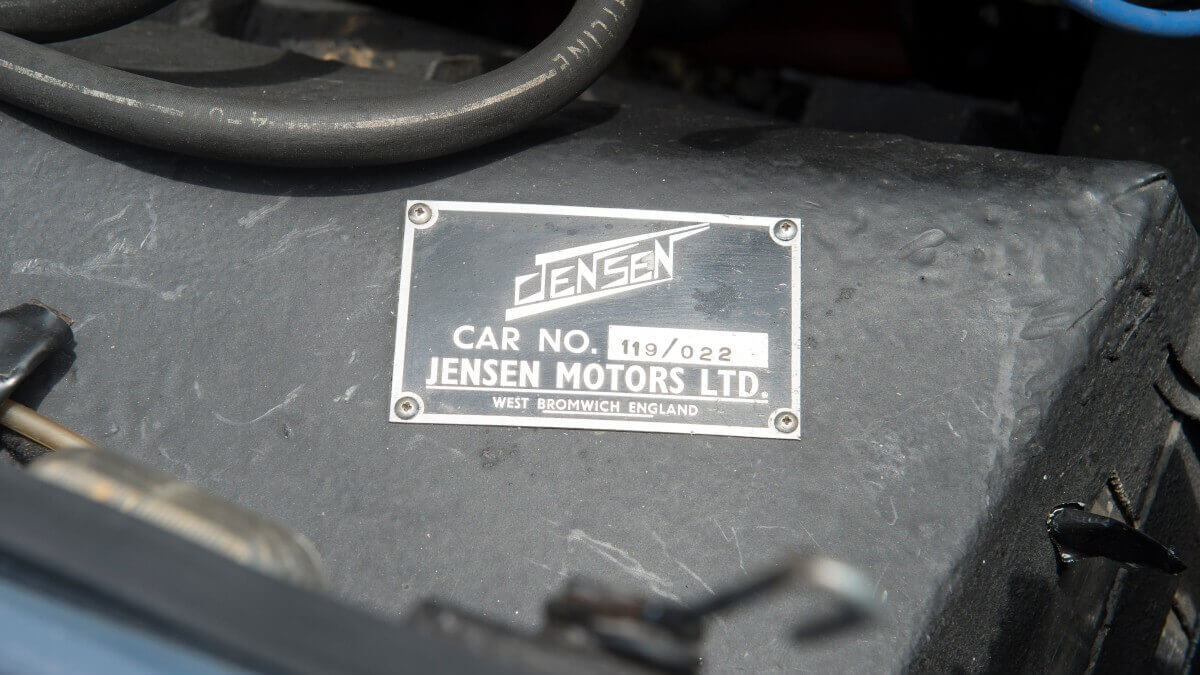 Just like in the Jensen Interceptor, a 6.3 liters V8 engine with 325 SAE-PS and 576 newtonmeters of torque is mounted under the bonnet of the FF, making it 130 mph fast and able to accelerate from zero to 62 mph in 8.6 seconds. The engine and the three-speed TorqueFlite automatic came from Chrysler. From the automatic transmission the power came into a planetary gearbox with double clutch controlled lock and then via a chain-driven propeller shaft to a bevel gear differential and the front wheels (37 percent of the power) as well as via another propeller shaft and another differential to the rear axle (63 percent of the power).

Since this complex drive technology took up a lot of space and thus narrowed the left front footwell, Jensen offered the FF only in RHD configuration. Despite opulent standard equipment with leather upholstery and walnut decor, the car wasn’t a big sales success. The reason was its high base price, which was 30 percent above the normal Jensen Interceptor. After 193 built FF the car was modified with new bumpers and another dashboard to Mark II specifications. In 1971, shortly before the end of production, a Mark III came around with some more modifications. Auctioneers Bonhams now offer a Mark I car during their annual sale at Goodwood Festival of Speed. This car was first registered on 5 February 1968 to famous architect Lieutenant Colonel Richard Seifert. From 1987 to 1990 it belonged to the collection of newspaper magnate Eddie Shah, followed by only two more owners. They all asured best condition of this FF by maintaining it as good as possible. Corresponding invoices are handed over together with the car to its new owner after the auction. Bonhams expects a hammer price between 80,000 and 120,000 GBP.