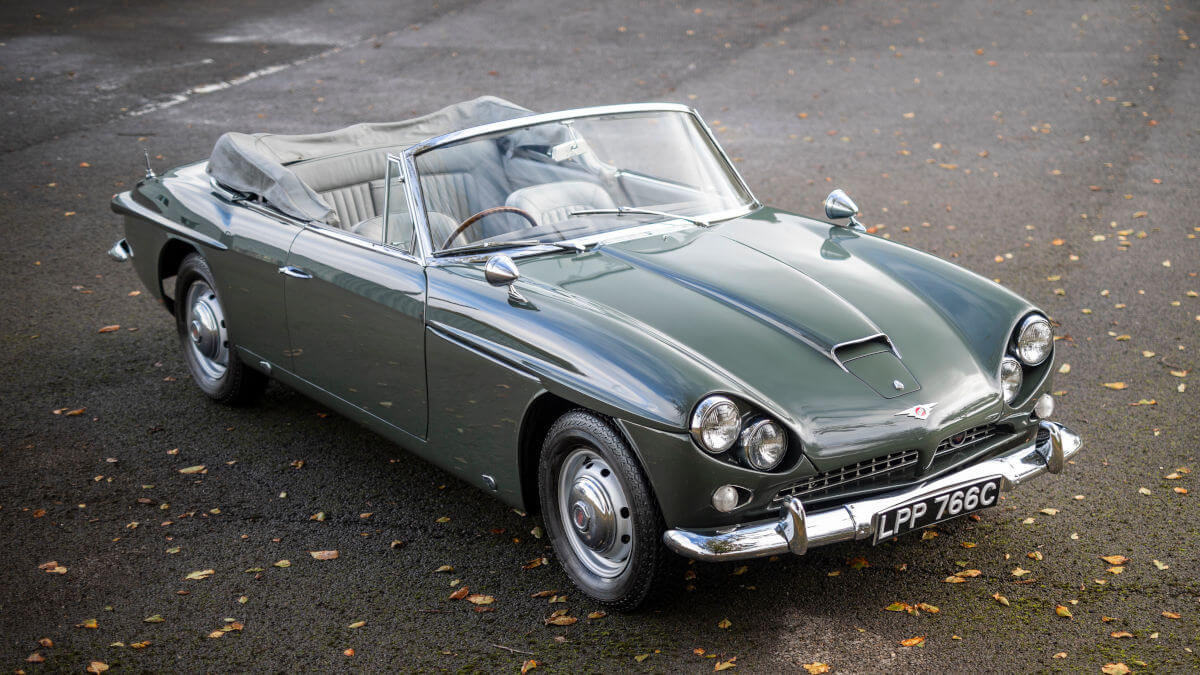 RM Sotheby’s auctions a unique vehicle from Jensen in London. There were actually only 500 examples of the grand tourer C-V8 as a closed coupé. In 1965, however, a convertible prototype called Drophead Coupé was created for testing purposes. This one-off with only three previous owners is now coming under the hammer. At the same time it offers the opportunity to take a look at this fascinating British sports car.

Jensen Motors began production of sporty series cars in 1950. The two company founders, the brothers Richard and Alan Jensen, had already produced the first sports car bodies for chassis from other manufacturers from 1927. These ranged from the Austin Seven to the Standard Avon and vehicles from Wolseley. After the death of W.J. Smith in 1936, the Jensen brothers took over his coachbuild shop and renamed it Jensen Motors. In addition to British base vehicles, the company also accepted an order from actor Clark Gable for a special Ford V8, which led to follow-up orders from Ford USA. After World War 2 Jensen continued to produce bodies for other car manufacturers, for example for the Austin-Healey 3000. In 1950, the first Jensen Interceptor appeared as a more luxurious version of the Austin A40 Sports. The Jensen 541 was their first own production car in 1955. It also had a revolutionary fiberglass plastic body. However, only 193 units were built. 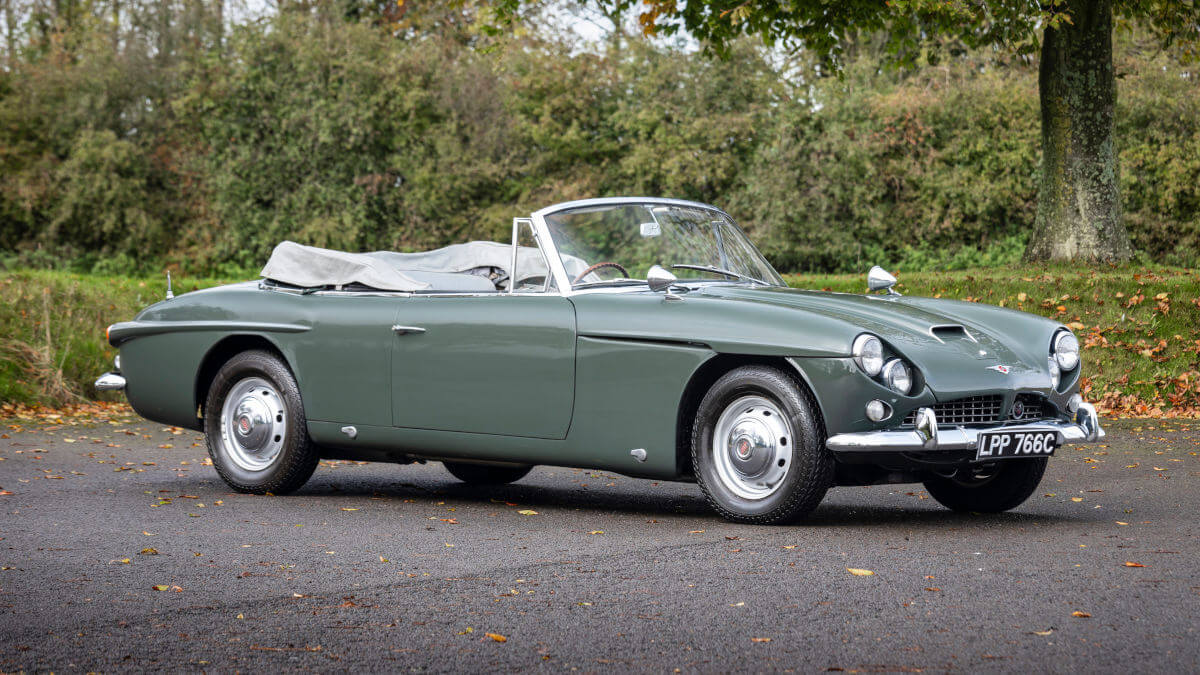 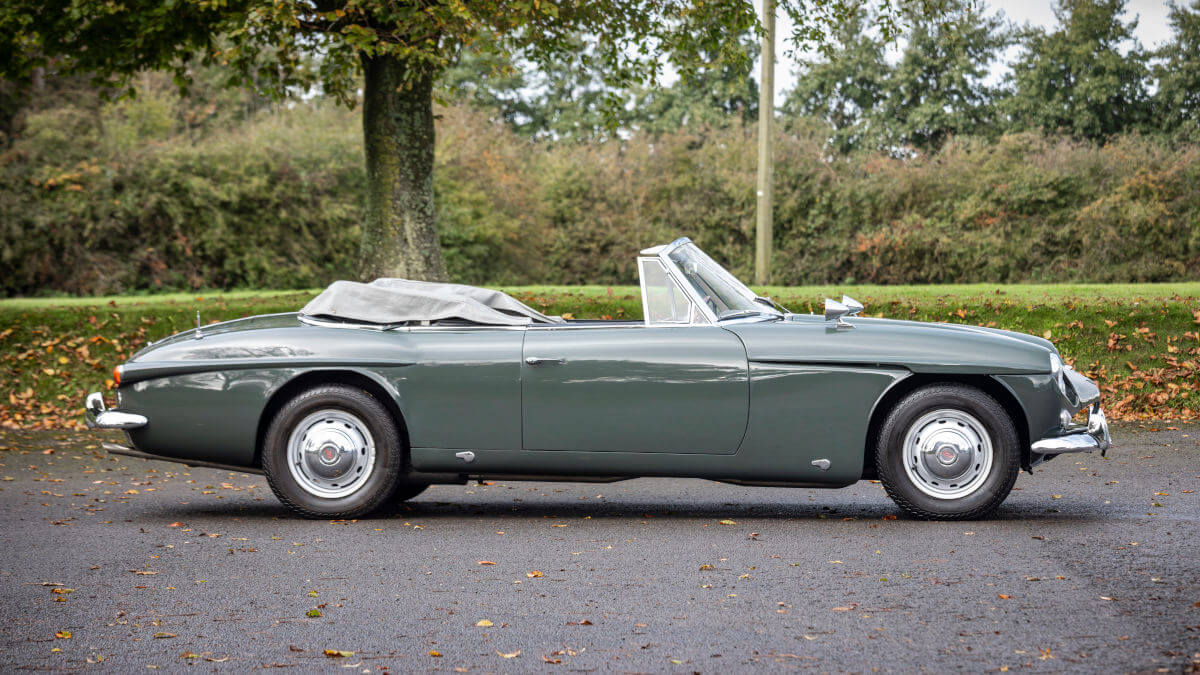 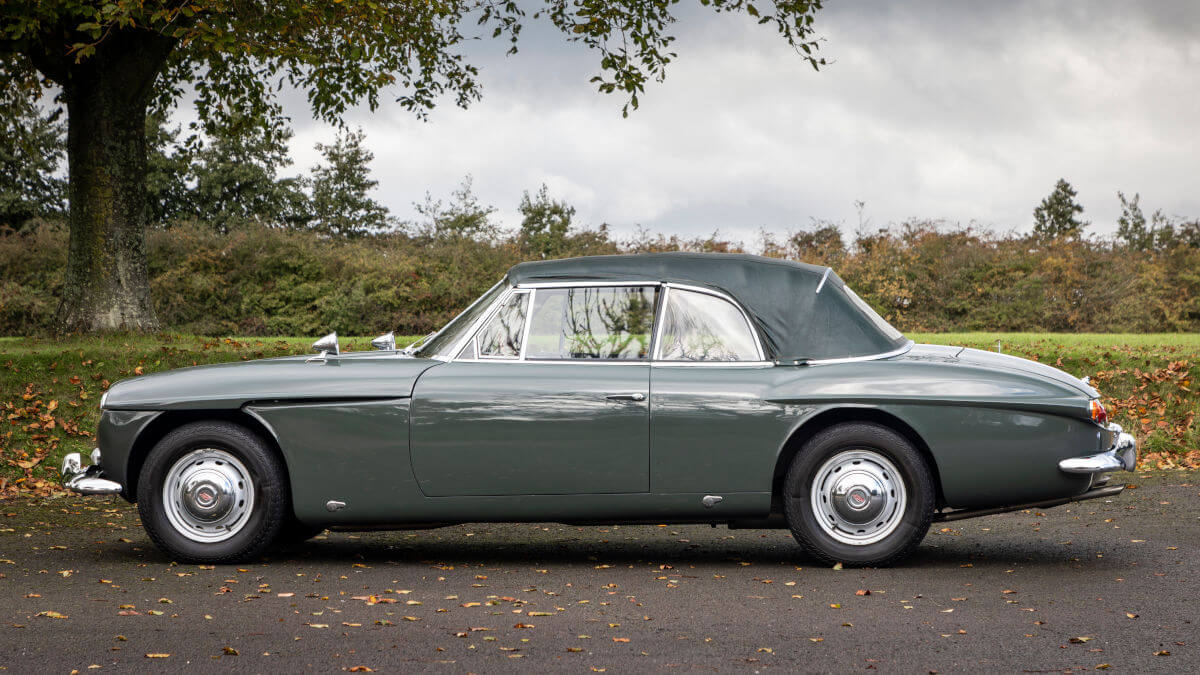 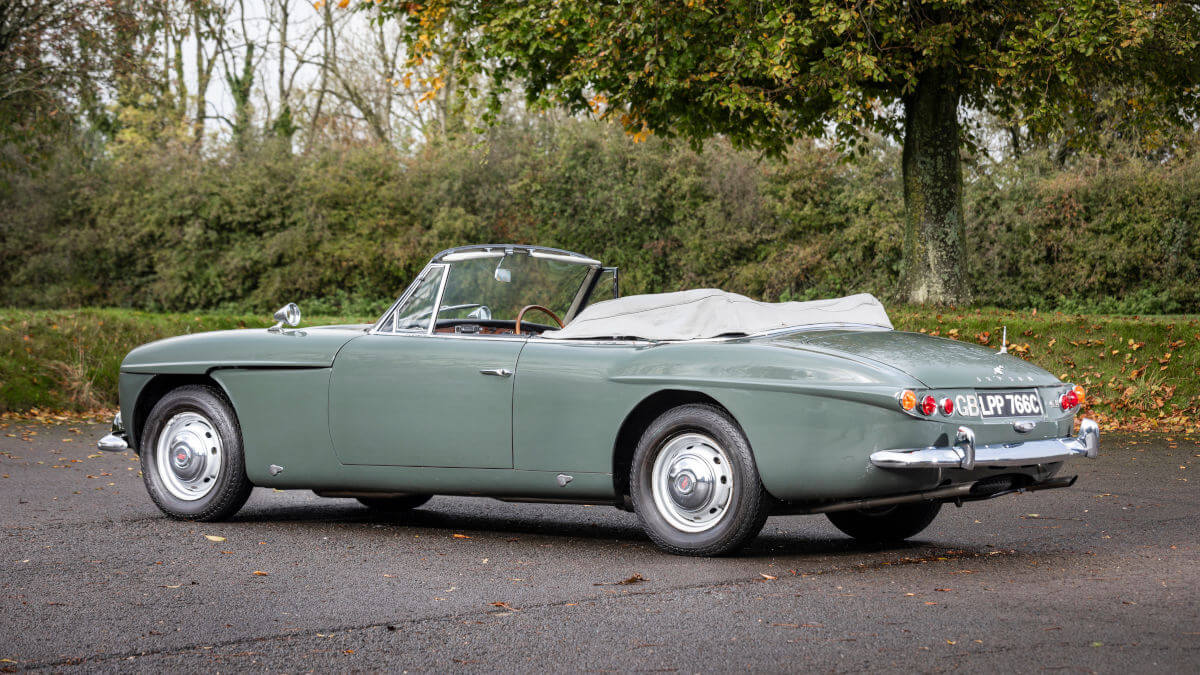 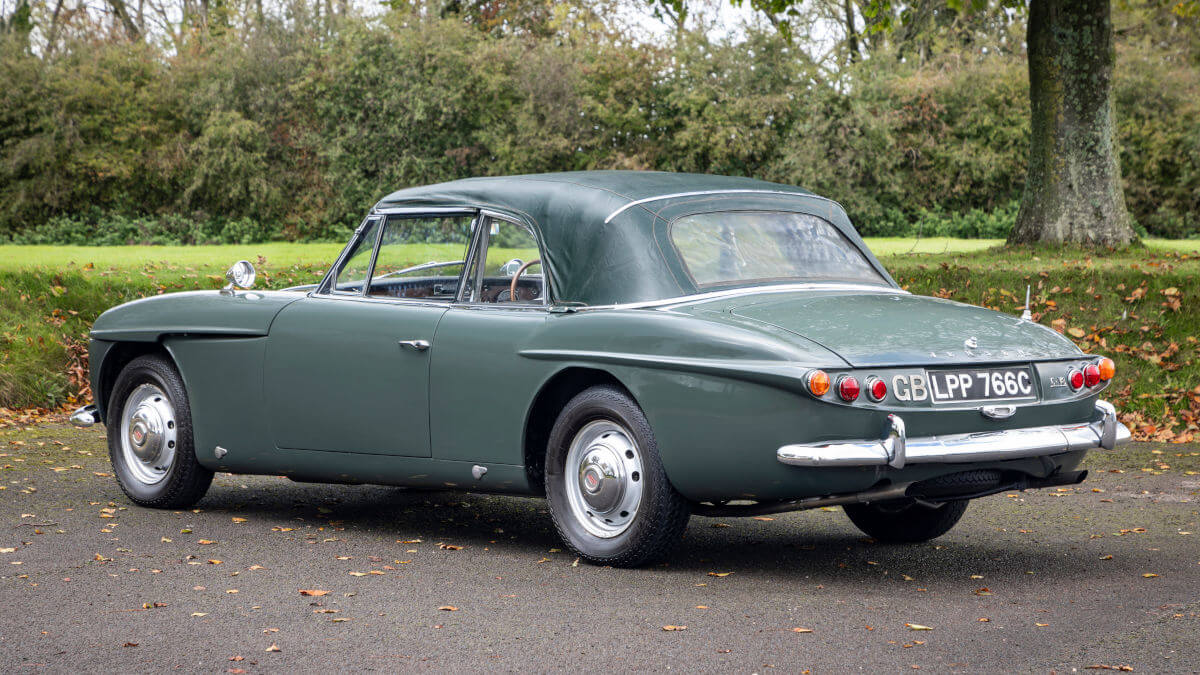 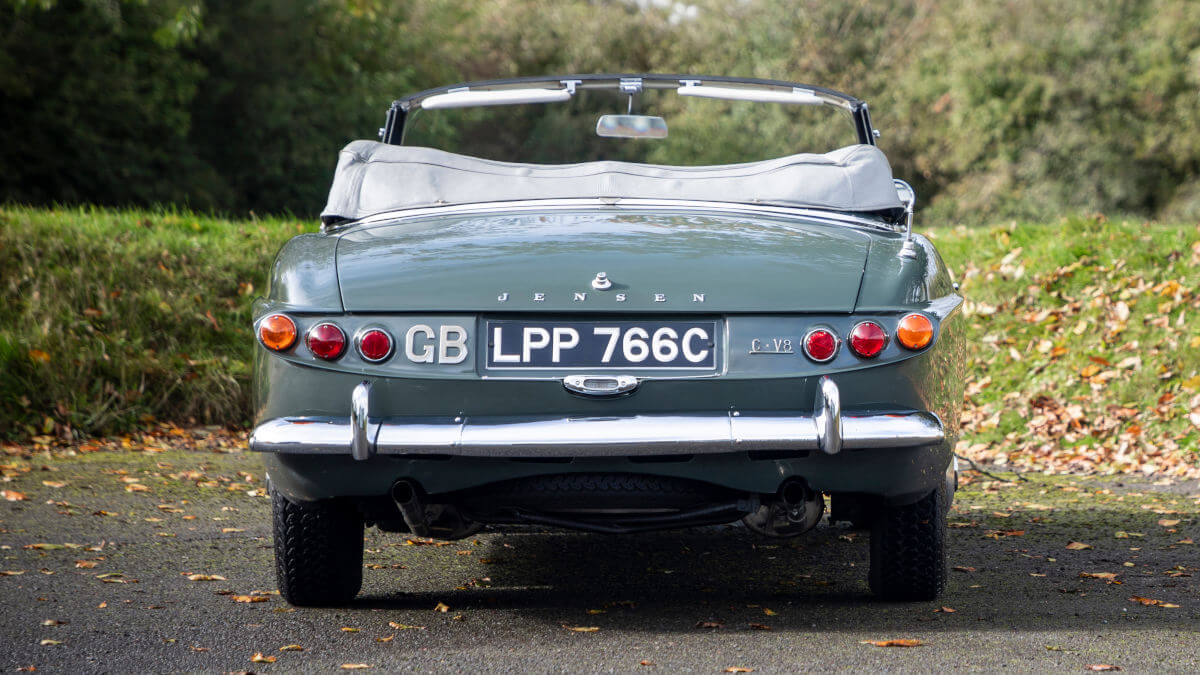 With the C-V8, introduced in 1962, Jensen Motors continued to develop in a targeted manner. Instead of an inline six-cylinder engine purchased from Austin, the company now used a beefy V8. This engine with a capacity of 5.9 liters came from Chrysler in the USA and produced 235 kW/319 hp. Its installation position just behind the front axle made the C-V8 one of the first front-mid-engine cars in the world. At the same time it became the fastest full-fledged four-seater of its time. From 1964, Jensen received the 6.3-liter V8 engine with 246 kW/334 hp from Chrysler. With a few exceptions with a four-speed manual transmission, the Jensen C-V8 mainly came to customers with a three-speed automatic. In addition, there were only ten left-hand drive cars ex works.

Much criticism for the design

As with the 541, the C-V8 used a tubular frame with a body made of fiberglass-reinforced plastic. Eric Neale was responsible for its design, but was subsequently critized by customers and car magazines. Especially the front end with its diagonally arranged headlights didn’t meet the taste of the masses. In his original design sketches, clear glass covers were provided over the lights. However, as it was feared that glare would reduce the light output, the Jensen management omitted this for the series production, leaving the lamps strangely recessed in the bodywork. 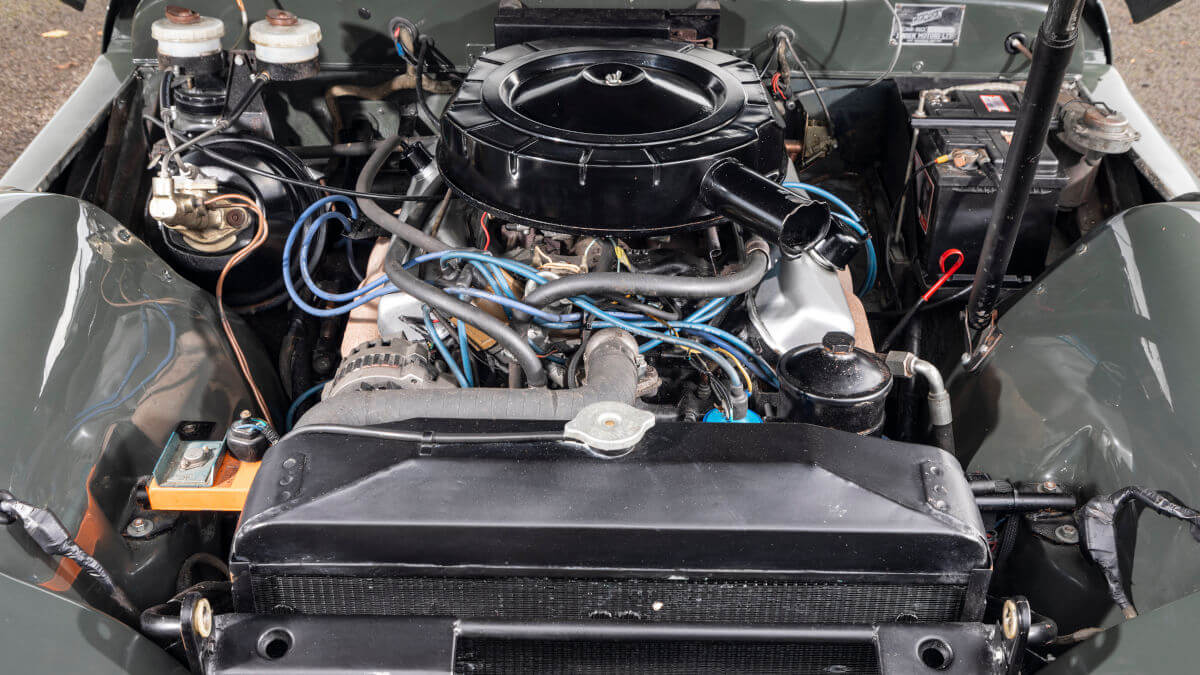 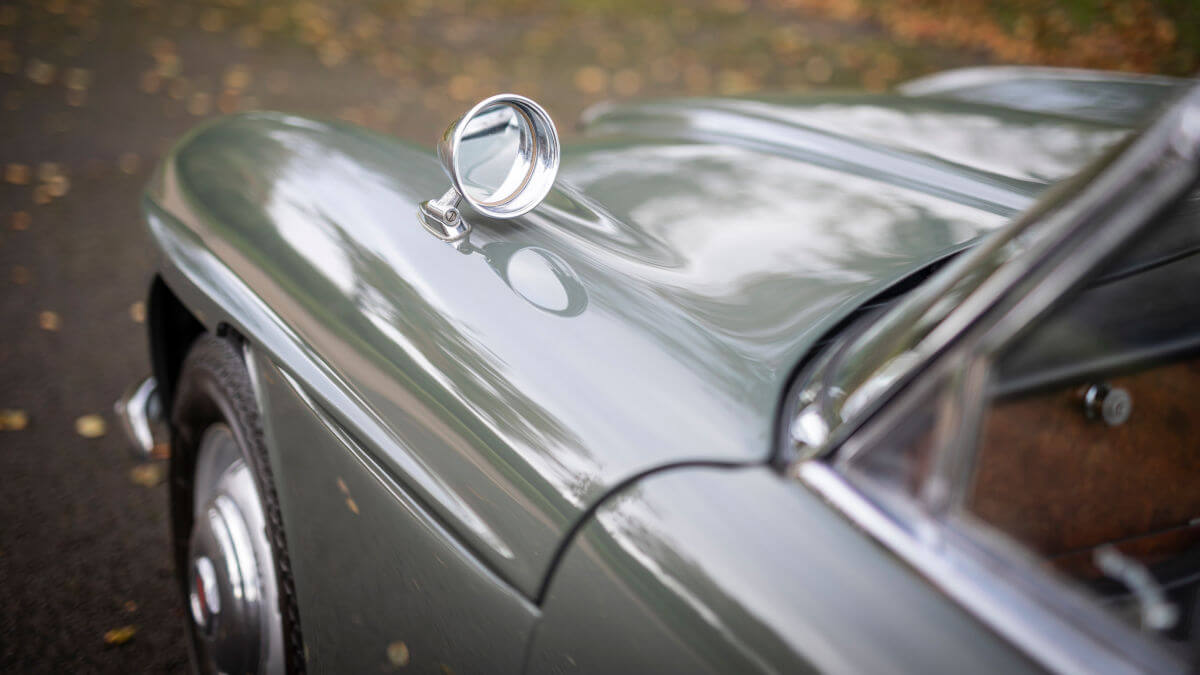 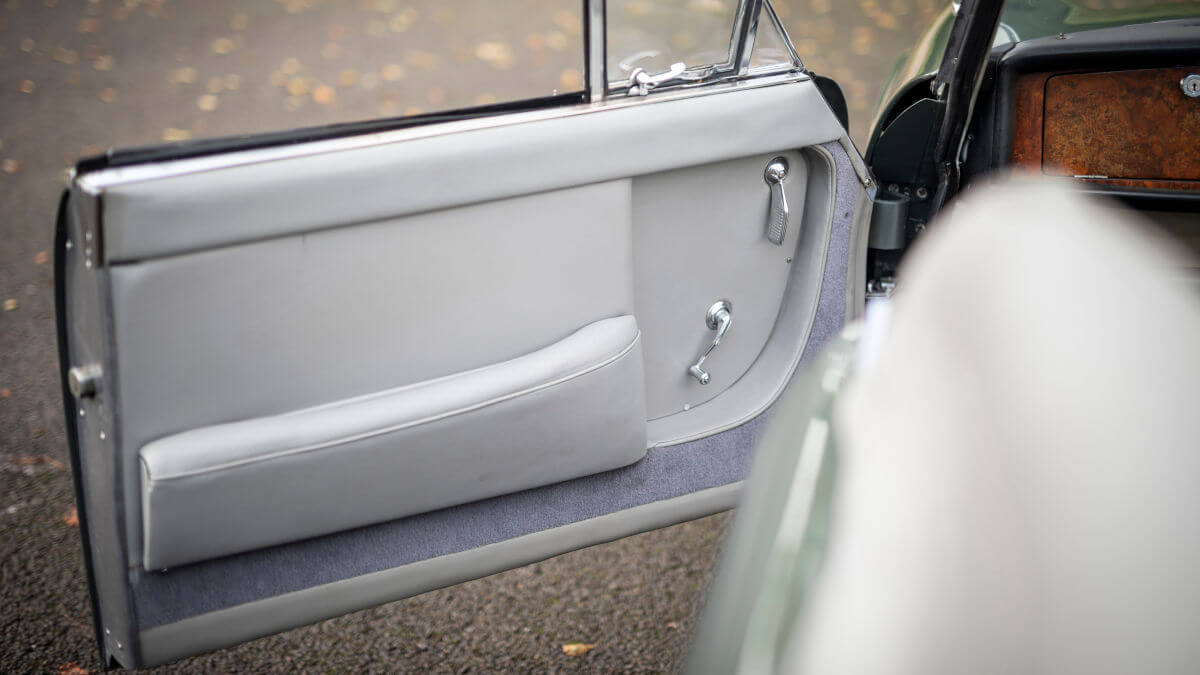 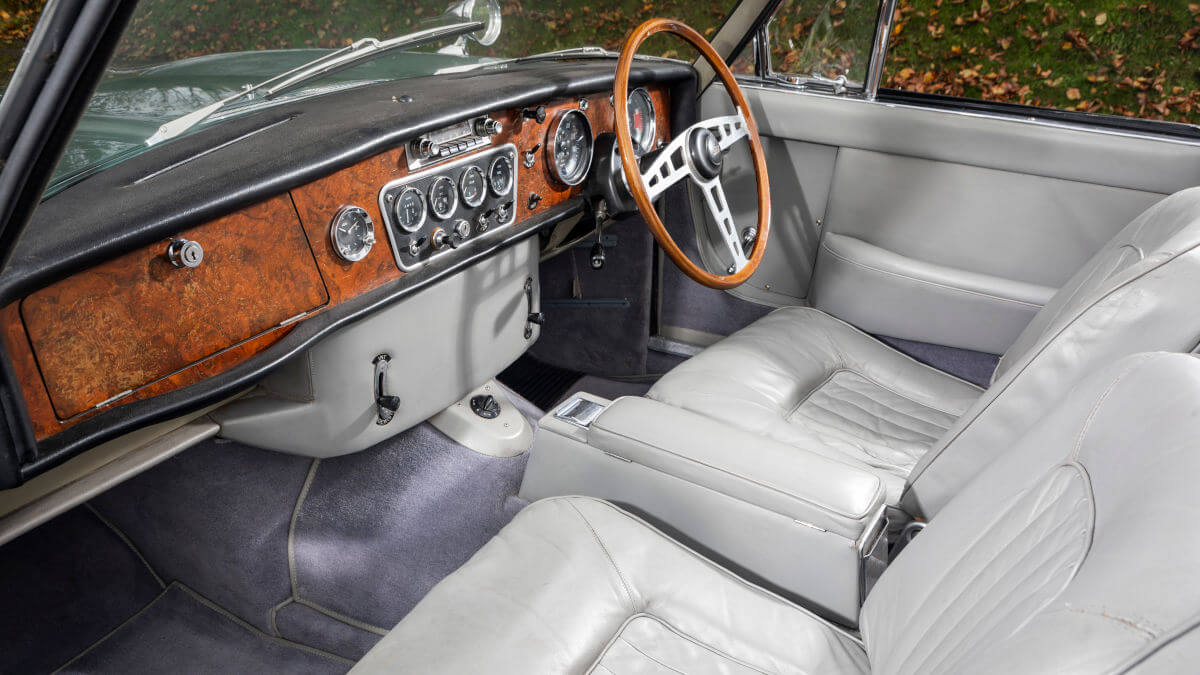 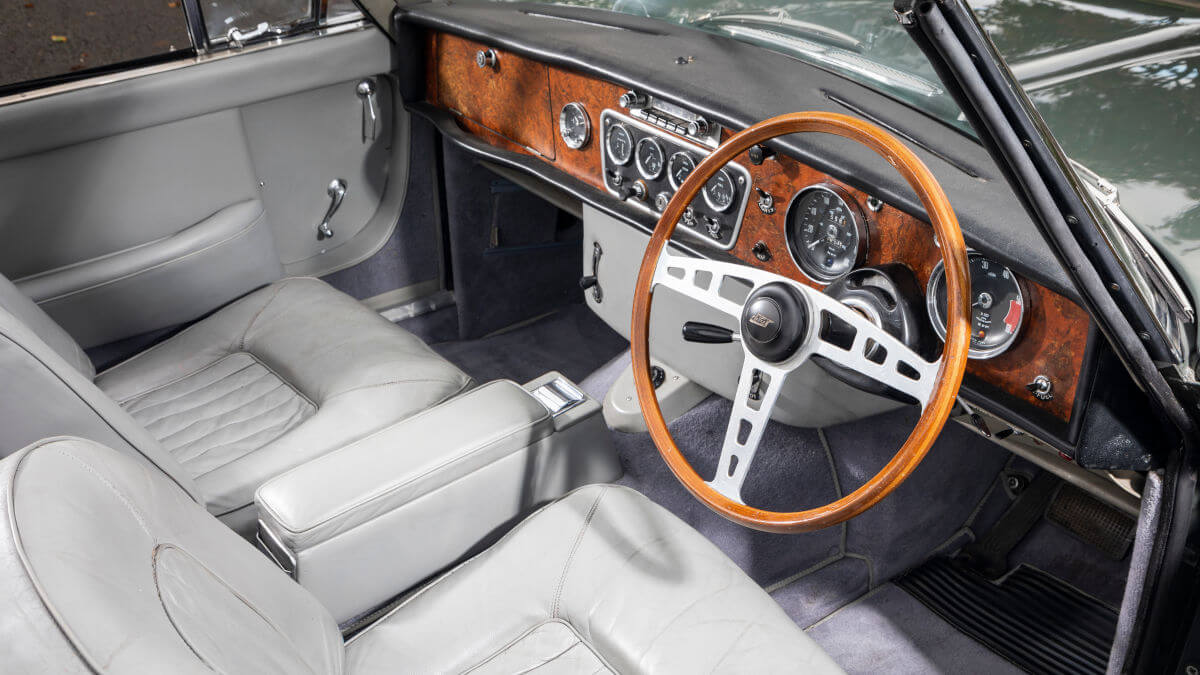 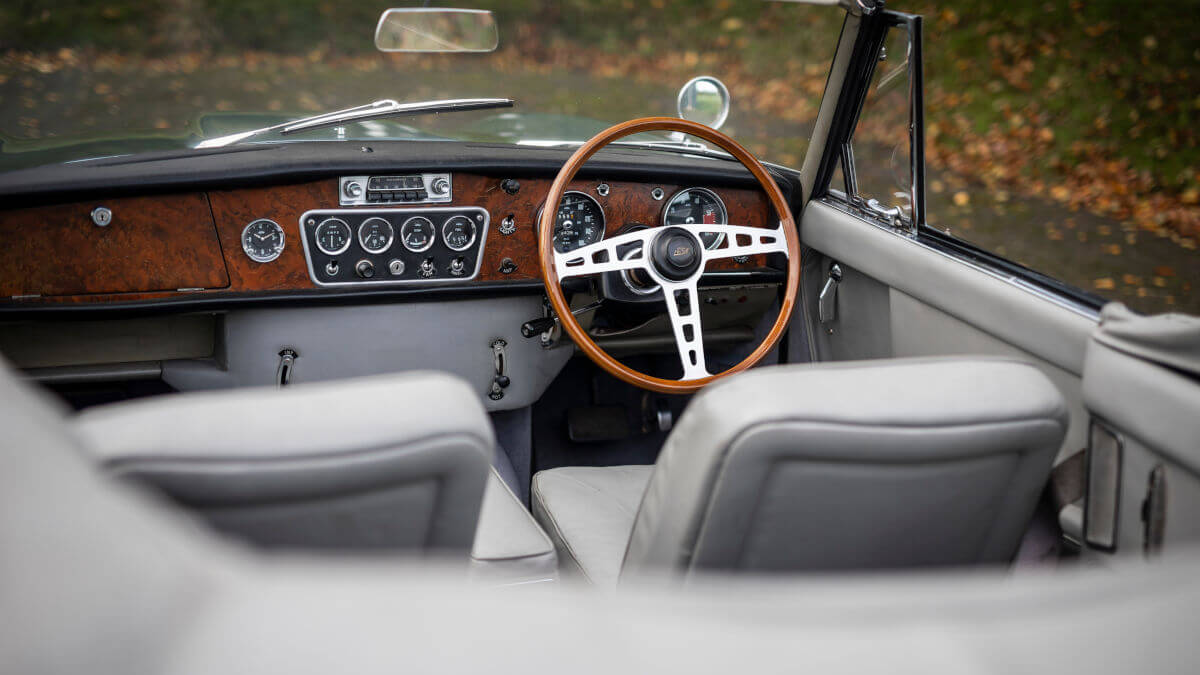 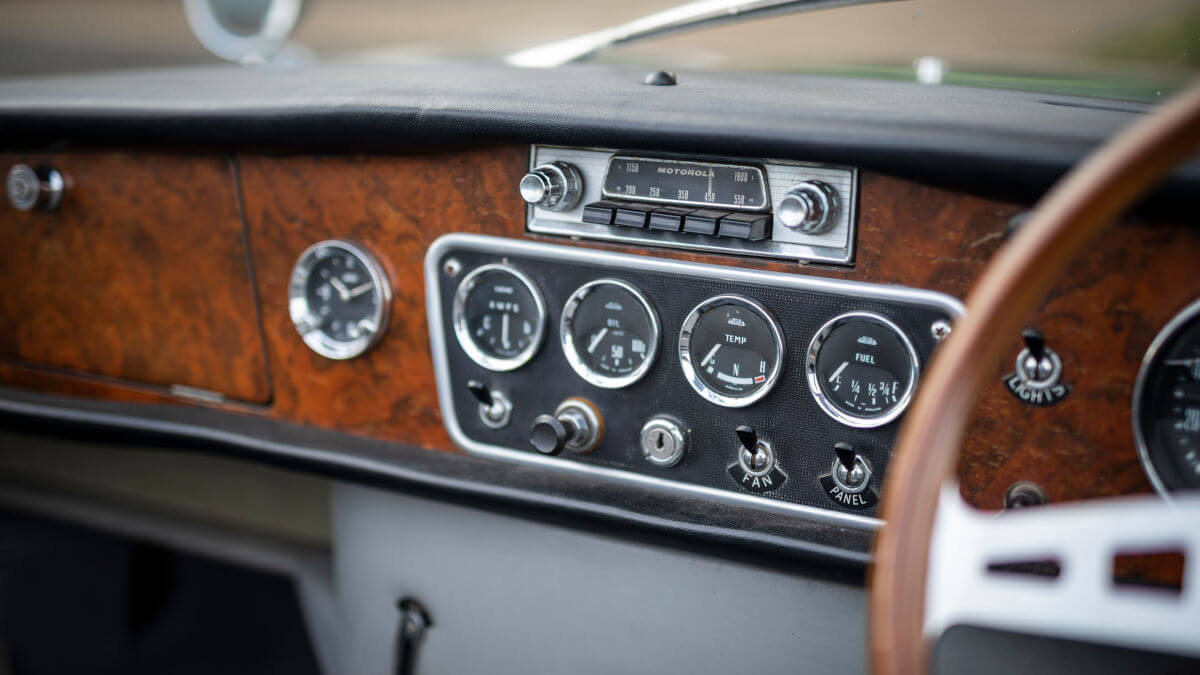 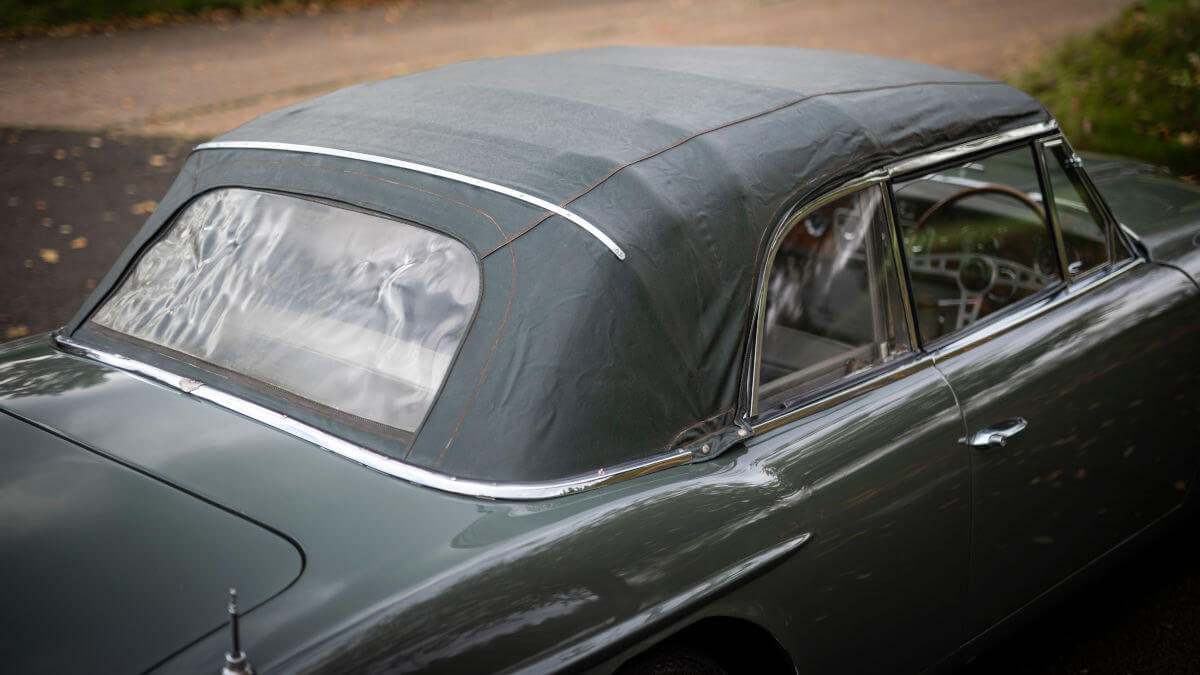 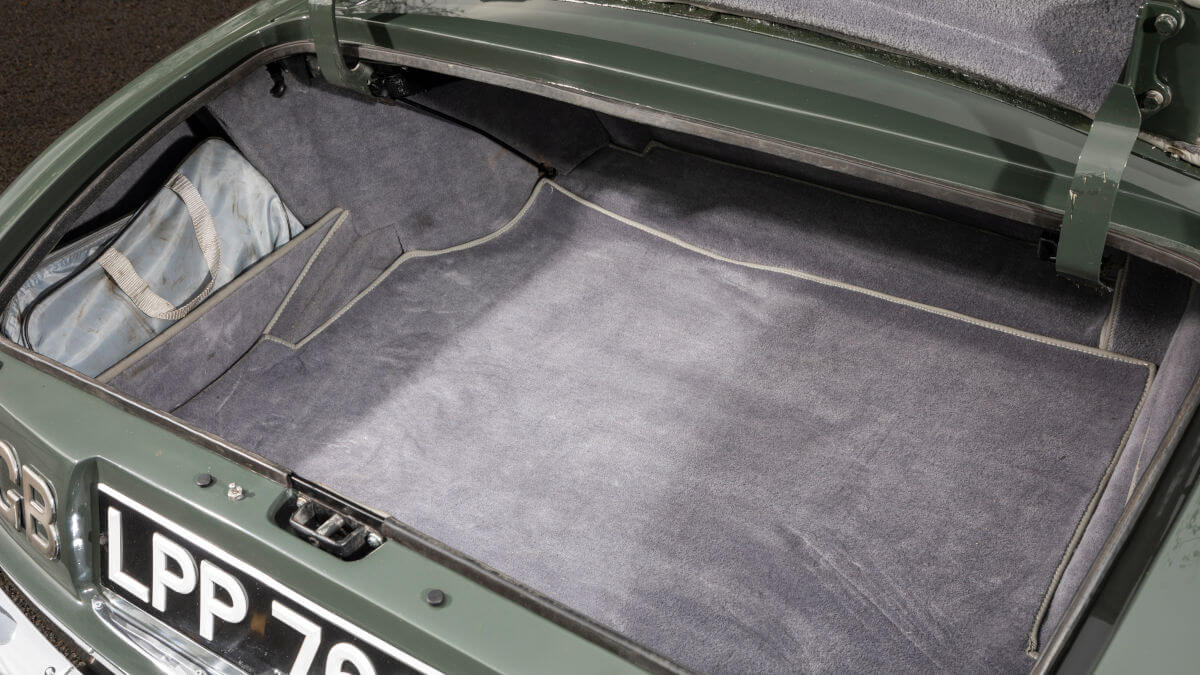 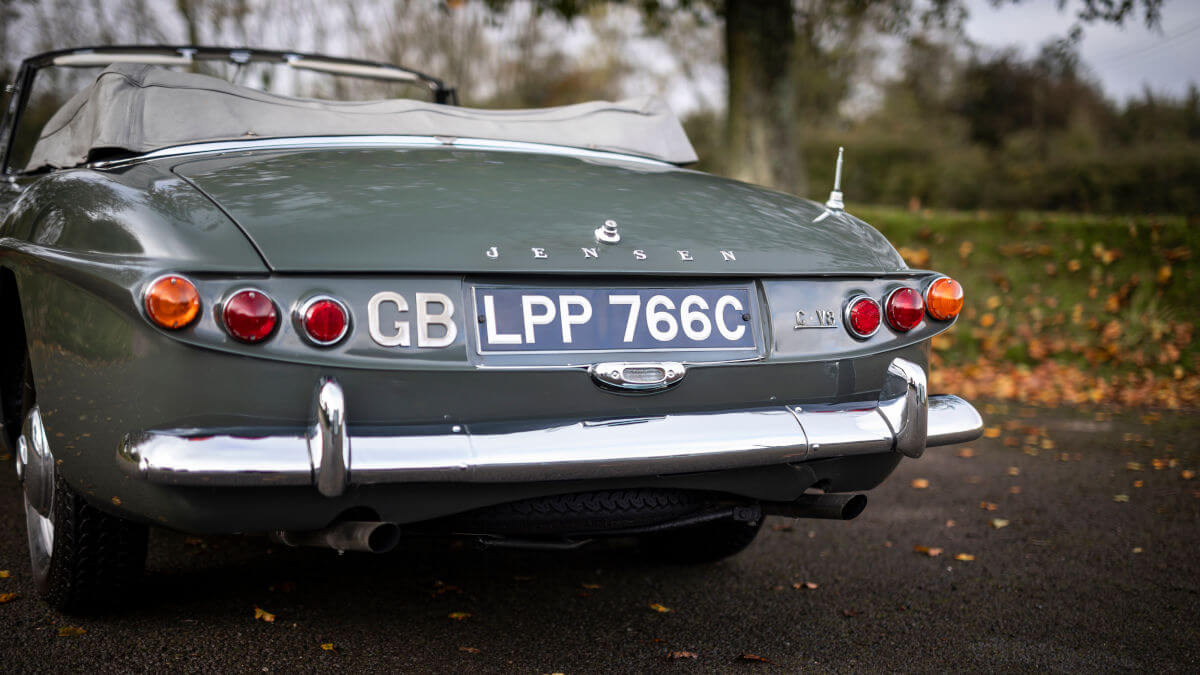 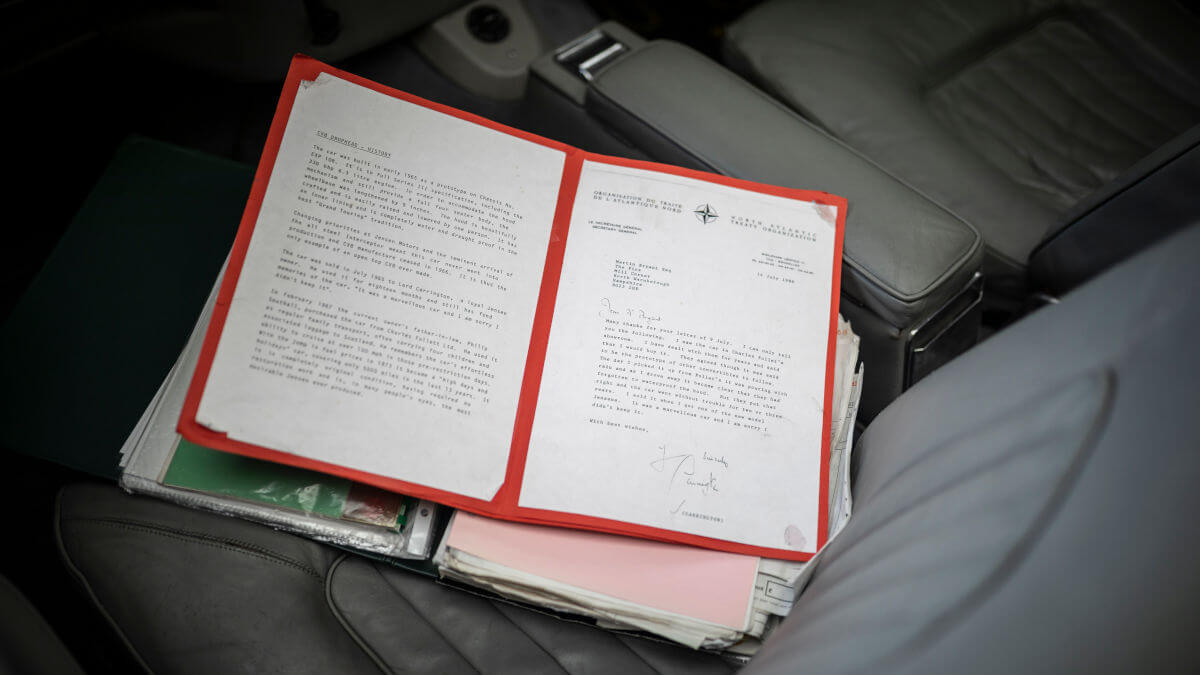 Starting in 1963, Jensen Motors considered expanding the model program. The first result was the C-V8 Sedanca, based on a coupé. This car had a fabric soft top which could be rolled up above the front passengers. A similar solution had already been available with the first Jensen Interceptor. Two years later, an experimental chassis extended by around 23 centimeters (nine inches) between the axles served as the basis for the C-V8 Drophead Coupé with a completely retractable fabric roof. It was painted ‘Smoke Green’ on the outside with a grey leather interior. Immediately after presentation, Lord Carrington, then Foreign Secretary of the United Kingdom, became the first owner of this car.

Only three owners from new

Jensen maintained excellent contacts with Lord Carrington and was therefore able to test the Drophead Coupé intensively. Over that time, the car has undergone various modifications and improvements, such as the more powerful brake system from the C-V8 Mark III. It also was repainted because the original paint quality wasn’t good enough. Lord Carrington wanted a burl wood dashboard instead of the original leather colored one. In February 1967 he exchanged the Drophead Coupé at the dealer Charles Follett for a brand new Interceptor. The one-off then went to Philip Southall in Birmingham, who would have liked to buy this car when it was new. He used it regularly until 1973 and then put it aside for occasional trips until 1987. Finally, he handed the Jensen over to his son-in-law Martin Bryant. RM Sotheby’s is now looking for a new owner through an online auction until October 31. As an estimate, £ 150,000 to £ 180,000 was announced.