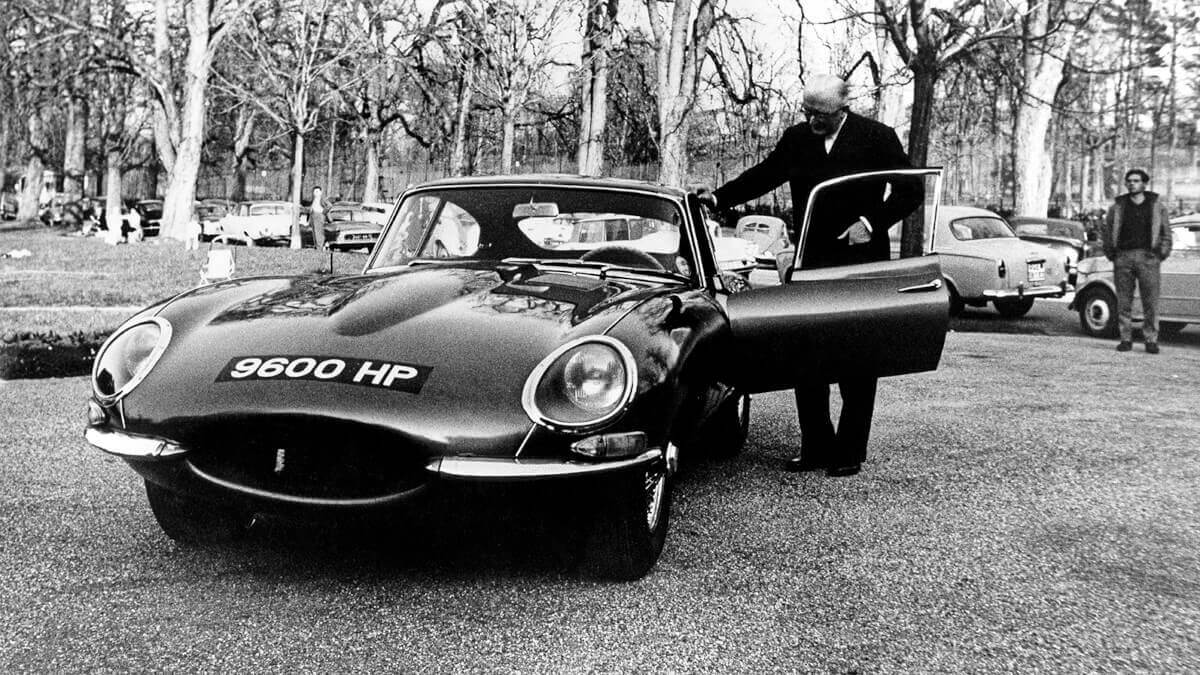 In March 1961, Jaguar presented the brand new E-Type at the Geneva Motor Show, which is still regarded as one of the most beautiful production vehicles of all times. If you look at previous model series of the British brand as well as other cars of the same year, you can get a rough idea of how unusual and interesting the E-Type appeared to the visitors of the show. The ‘Opalescent Gunmetal Grey’ painted Coupé with license plate 9600 HP arrived in Geneva just a few minutes before a presentation with VIP customers and journalists in the Parc des Eaux Vives on the day before the motor show started. Already here, various advance orders for the new sports car were received, while the crowd around the car didn’t want to get smaller. Jaguar was therefore forced to make sure that a ‘British Racing Green’ Roadster prototype with the registration number 77 RW, which had been left at the factory in Coventry, also made it to Geneva as soon as possible before the show began. The factory test driver Norman Dewis was ordered to drop everything, get behind the wheel and drive through the night. After eleven hours of driving and an average speed of 111 kph (68.97 mph) on country roads and alpine passes, Dewis reached the halls of the Geneva Motor Show just before the official opening.

After their sensational debut at the show, Jaguar used both vehicles to drive on a closed off mountain track near Geneva, where potential buyers could ride in the passenger seat. The Fixed Head Coupé and the Roadster were then given to car magazines, which in their test reports praised the performance of the E-Type, especially its topspeed of 240 kph (149 mph). Company boss William Lyons was particularly pleased with these words, as he had decided to use the experience from the racing program with the D-Type, but to develop the new E-Type as a thoroughbred sports car for the street. Only later there were various racing versions such as the Lightweight. Thanks to Malcolm Sawyer, who early on dealt with the subject of aerodynamics in automobiles, the new model was given a sophisticated shape in the wind tunnel, which still looks modern today. Celebrities such as Steve McQueen, Frank Sinatra, Brigitte Bardot, Tony Curtis, Briggs Cunningham, Britt Ekland and George Harrison owned one or even several E-Types in the 1960s. In 1996, the Museum of Modern Art in New York included an E-Type in its permanent exhibition as just the third car in total. 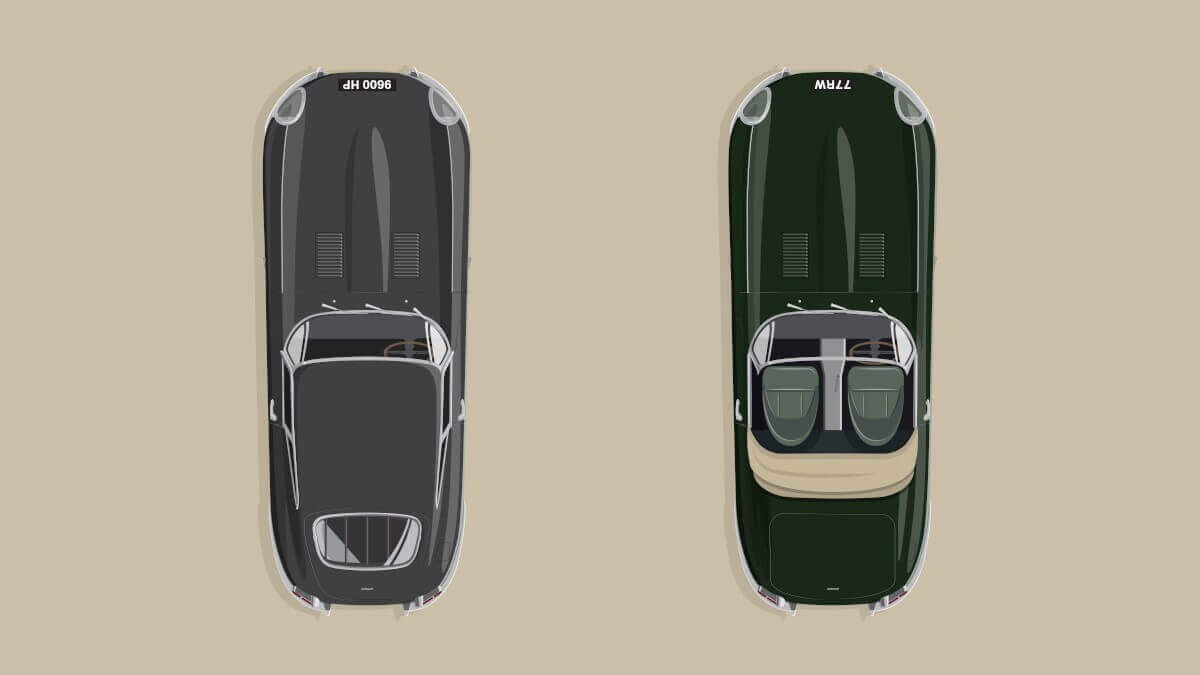 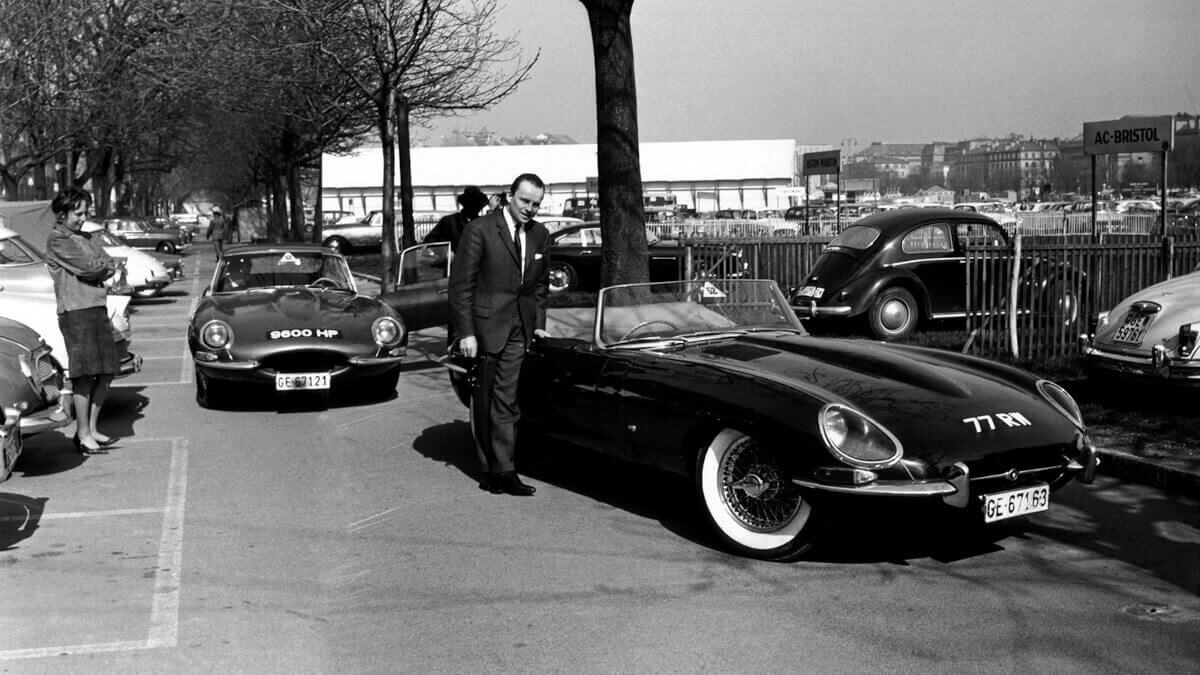 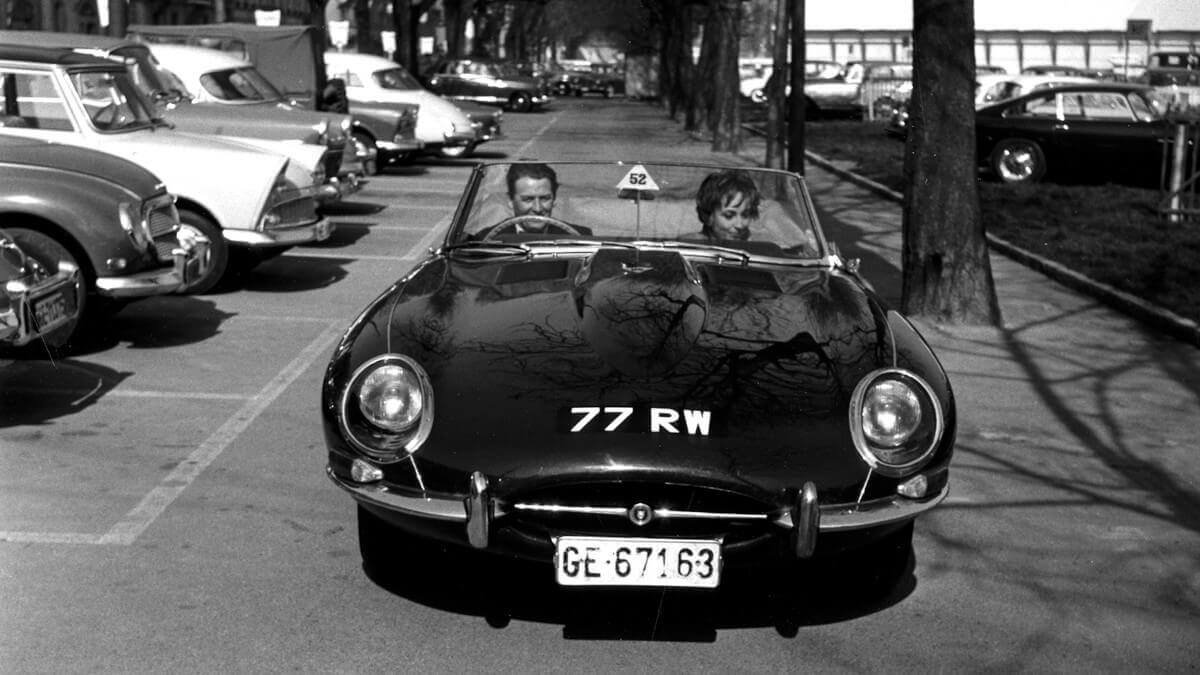 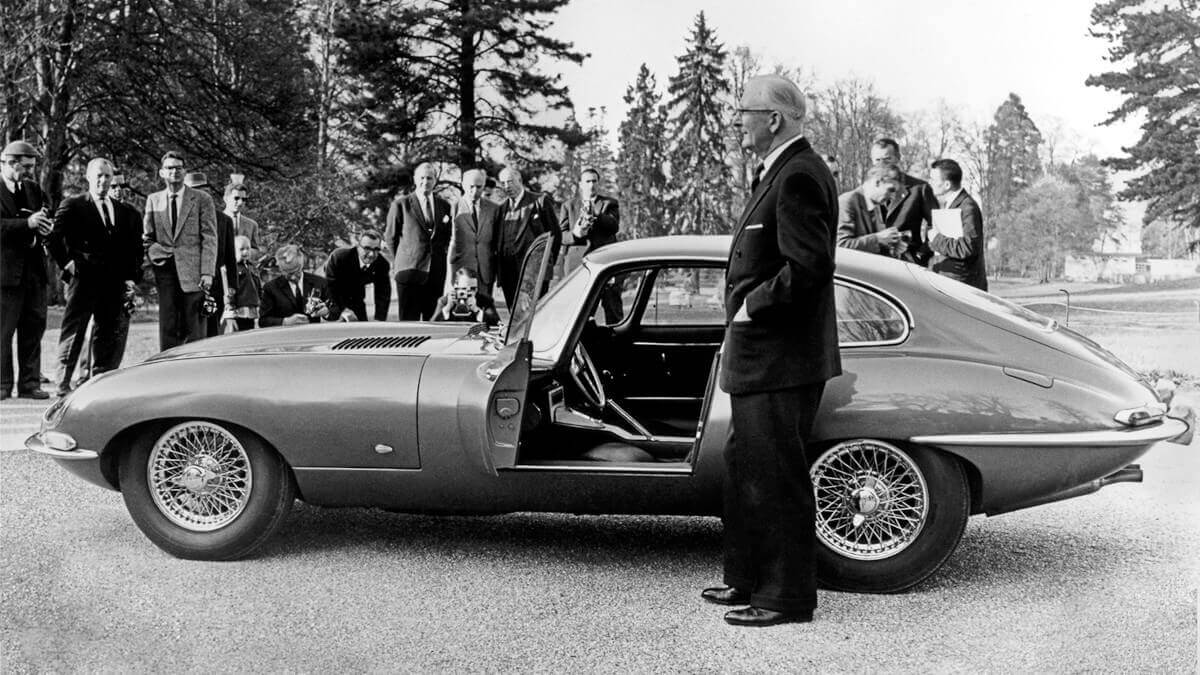 In the halls of Jaguar Land Rover Classic, a whole team of experts has been working for years on various factory restoration projects, which are then put on sale. To mark the 60th anniversary of the E-Type presentation, six exclusive pairs of the E-Type 60 Edition will be rolling out to customers from the beginning of 2021. As Coupé and Roadster they will receive specifications inspired by the presentation vehicles from 1961. Jaguar is using existing E-Type 3.8 Liter Series 1 cars as the basis for this, which are being purchased all over the world as restoration objects. The Coupés are given the new color ‘Flat Out Grey’, while the Roadsters wear ‘Drop Everything Green’. For the interior, the British team promises some details, which are to remind of the glorious time in the early 1960s and were developed together with the current Jaguar design director Julian Thomson. The 60 Edition can only be ordered as a pair. Jaguar hasn’t yet given any details about the price.