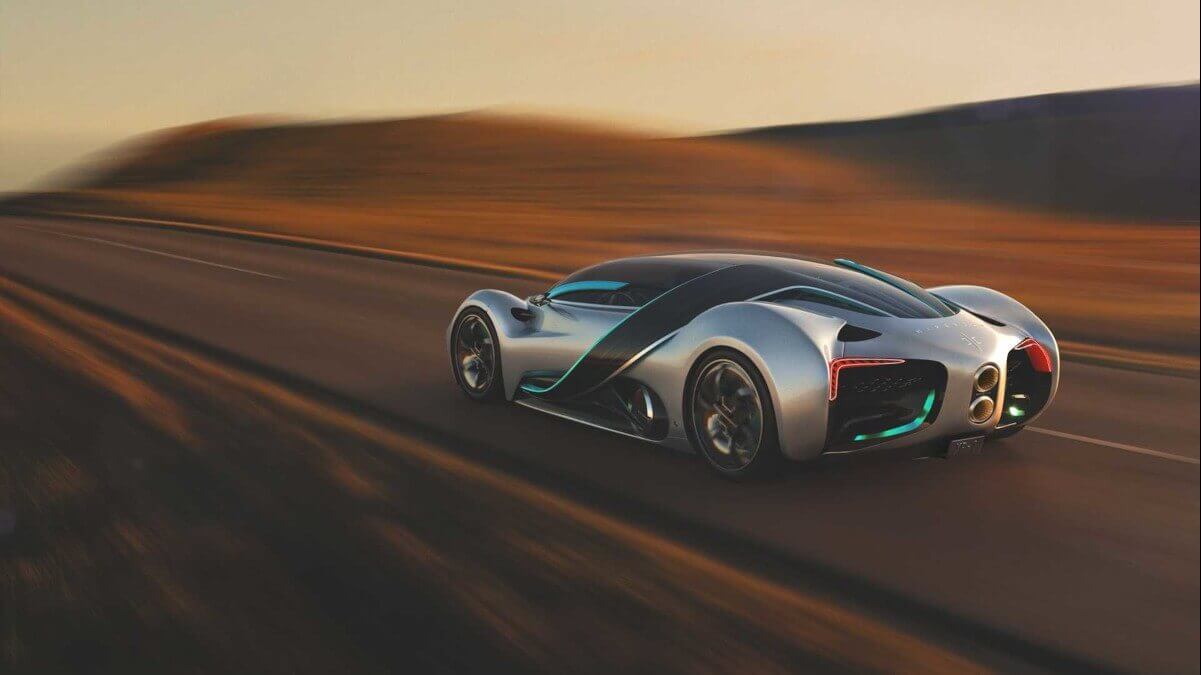 Hyperion is a new technology company in the field of hydrogen use and storage from Southern California. With the XP-1, the brand is now presenting its first automotive concept. While other start-up companies are currently mainly tackling the small and compact car segment, Hyperion isn’t satisfied with this and is instead entering the supercar segment directly. This car skilfully summarizes the findings of nearly ten years of hydrogen research. The press release for the XP-1 promises a range of 1,016 miles per filling of the carbon tanks and filling times of less than five minutes. In contrast to normal electric cars, the heavy battery pack is no longer needed, since the fuel cells obtain their energy from the hydrogen they are filled with.

All four wheels are fitted with permanent magnet electric motors, whose combined total output Hyperions hasn’t announced yet. However, in combination with a three-speed gearbox, they ensure that the XP-1 supercar can accelerate from 0 to 60 mph in just 2.2 seconds. The press release states a topspeed of over 221 mph. Active aerodynamic elements on the body, which is made of titanium fibre, ensure the best possible downforce and high driving dynamics even on winding roads. Some of these elements frame the doors all the way up to the roof and are also designed as solar cells on their surface, which allign themselves according to the position of the sun. Hyperion took over this technology and some others from the aerospace industry, partly from NASA. The complete underbody is given a flat Kevlar composite paneling. 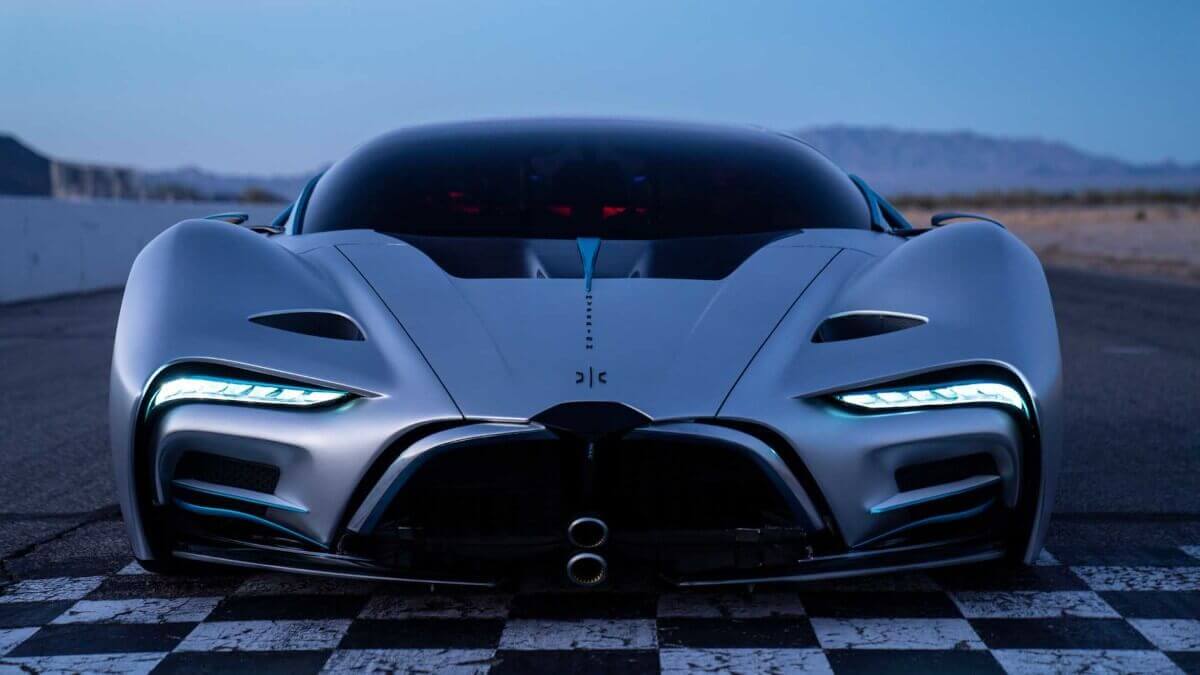 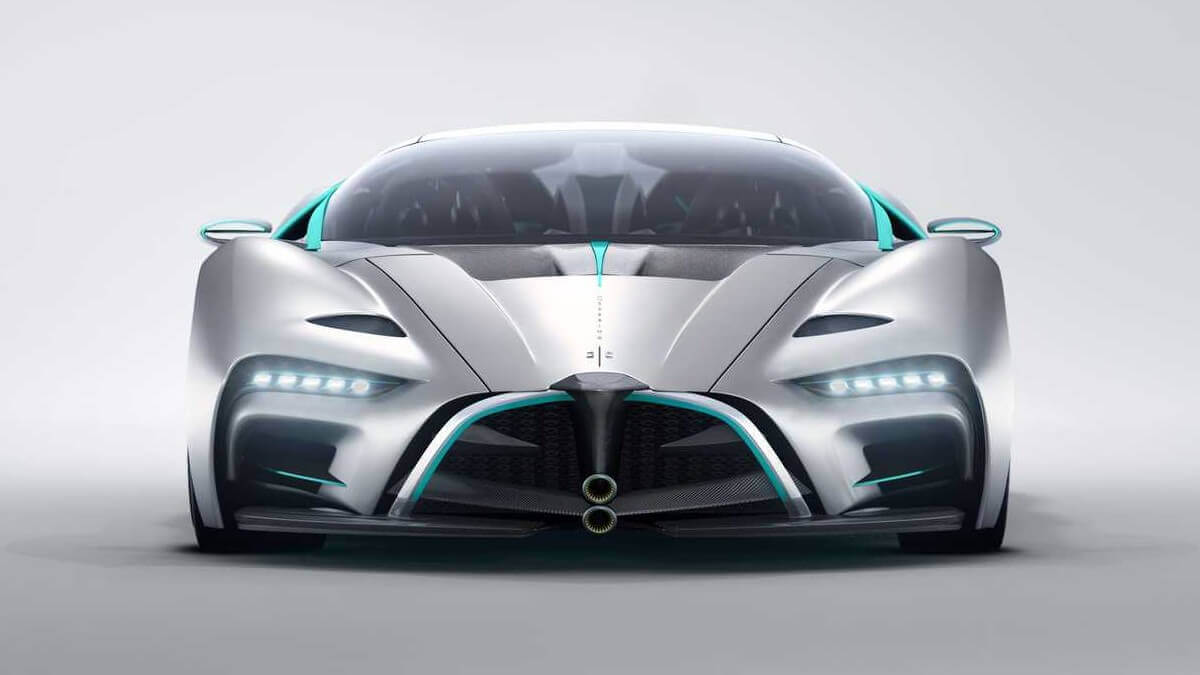 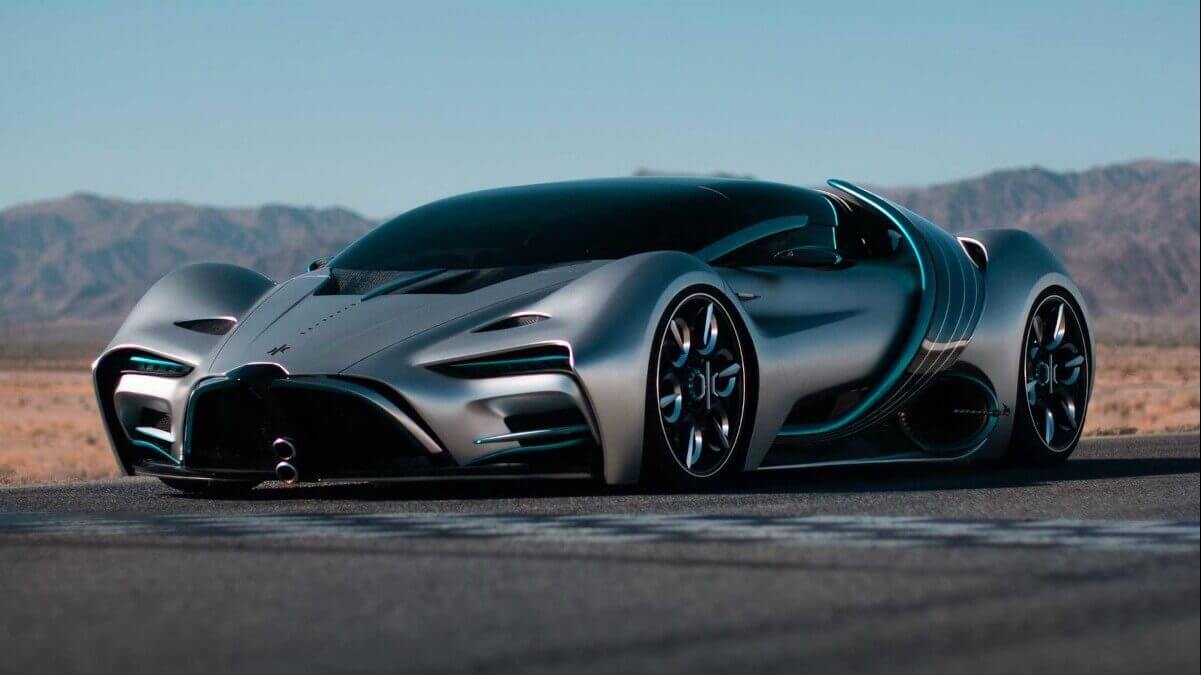 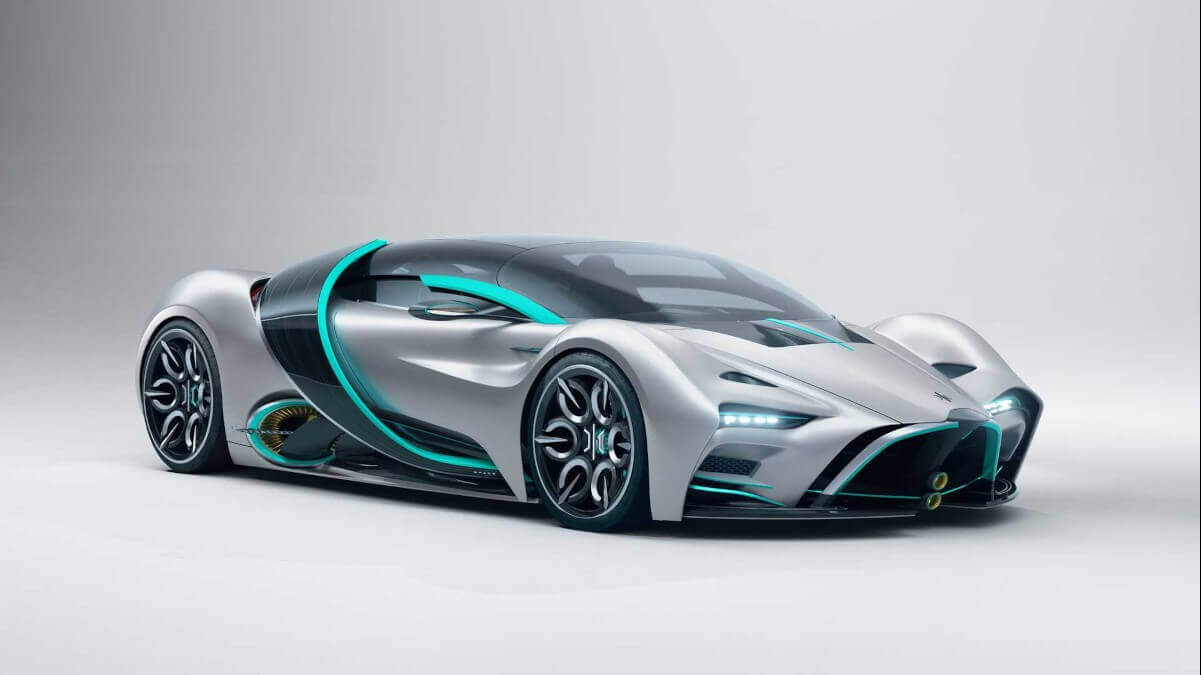 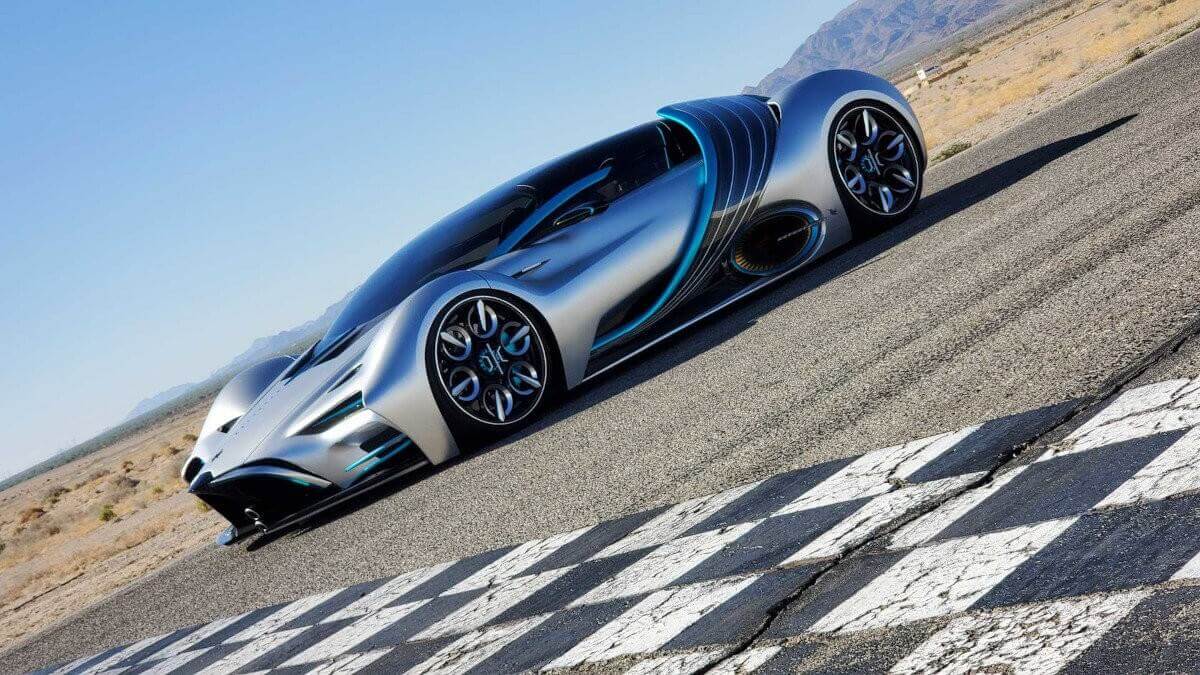 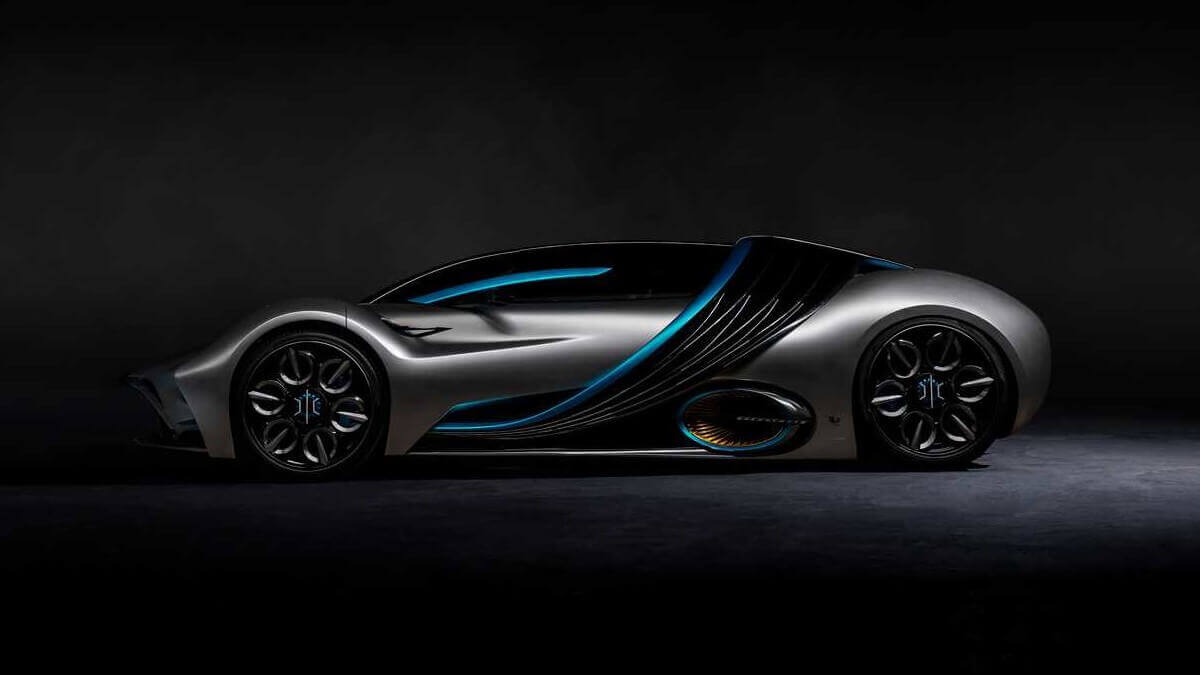 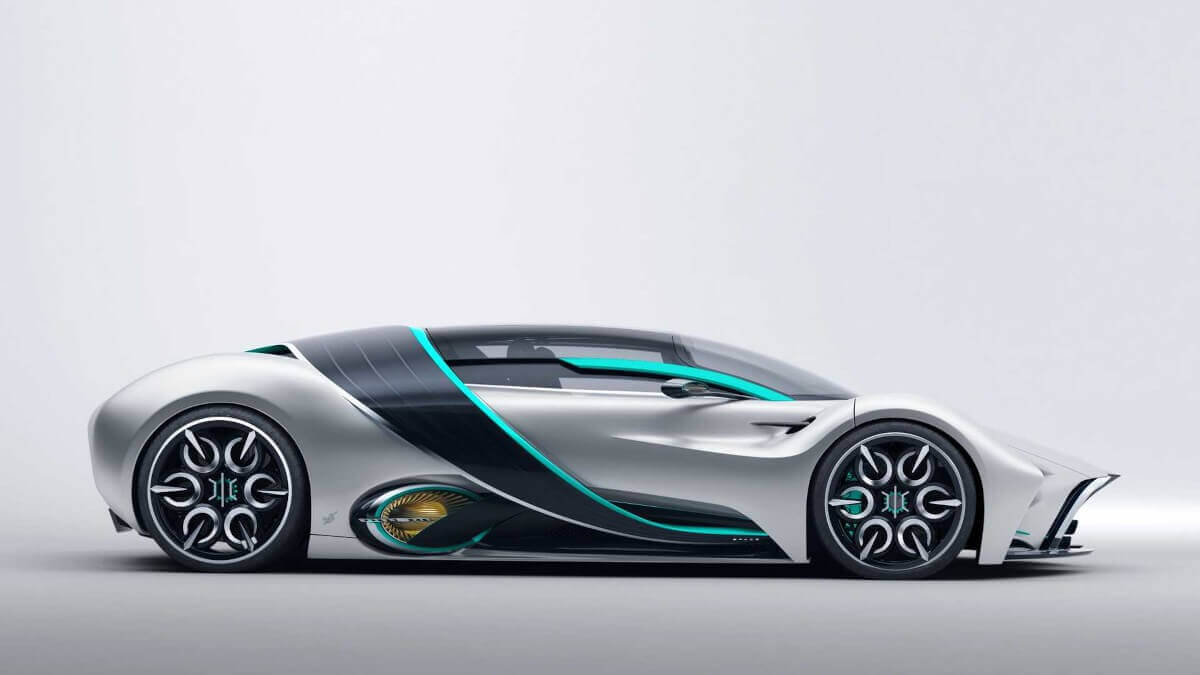 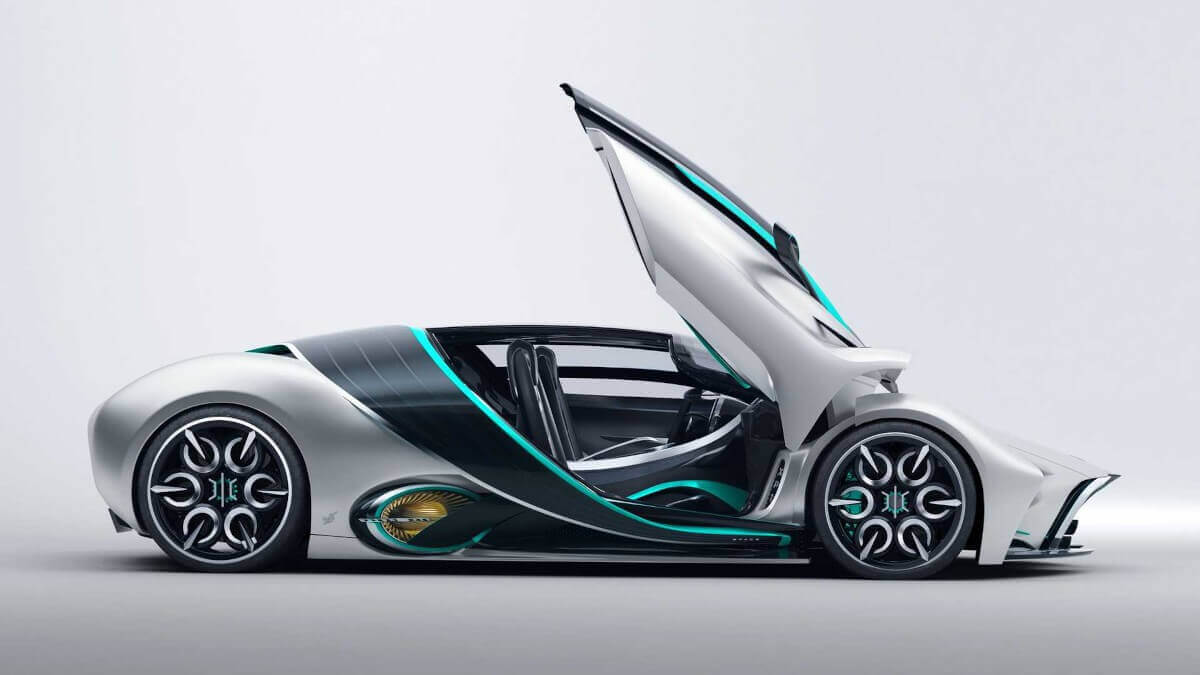 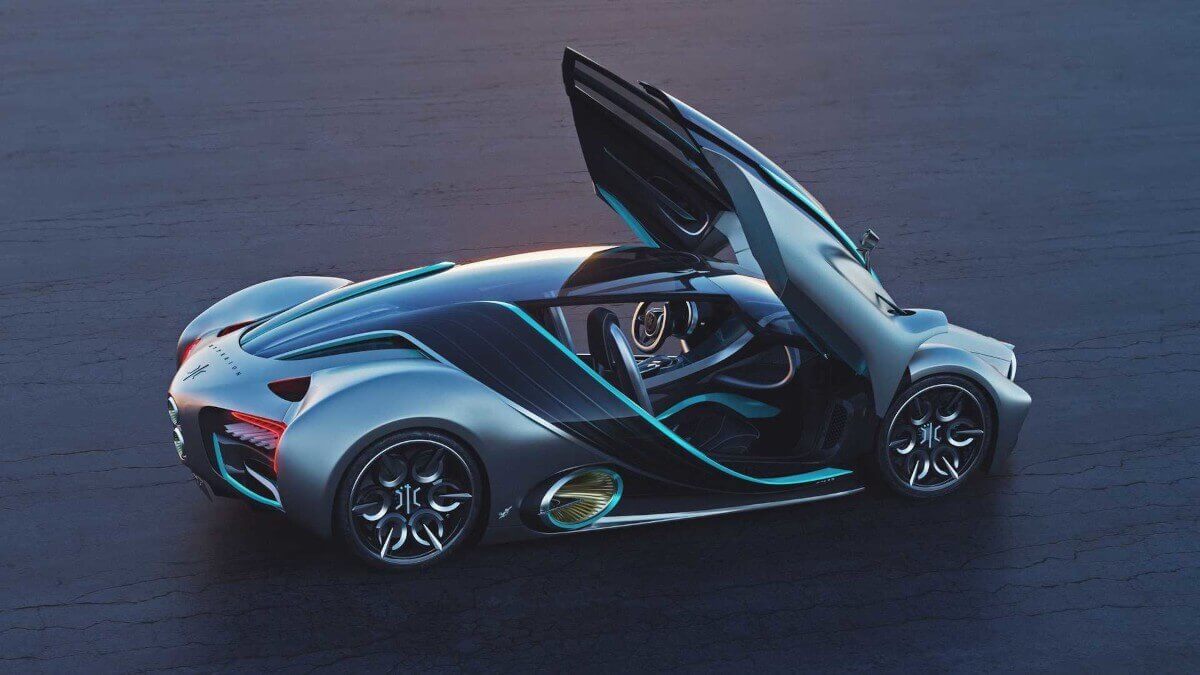 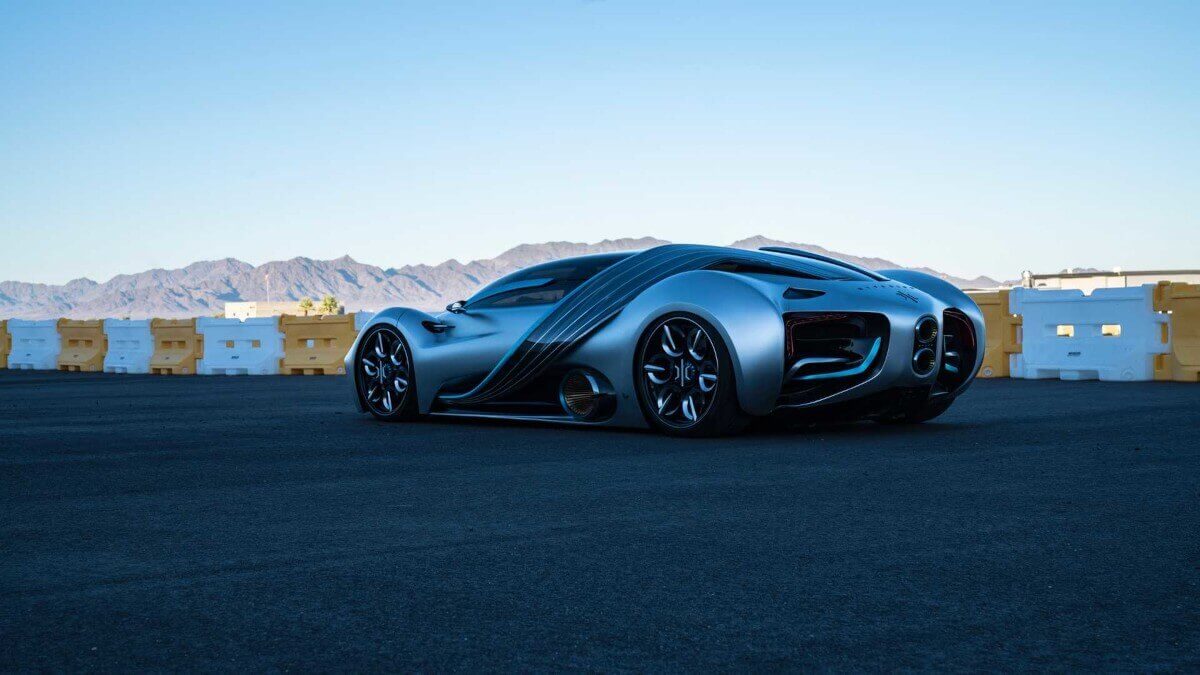 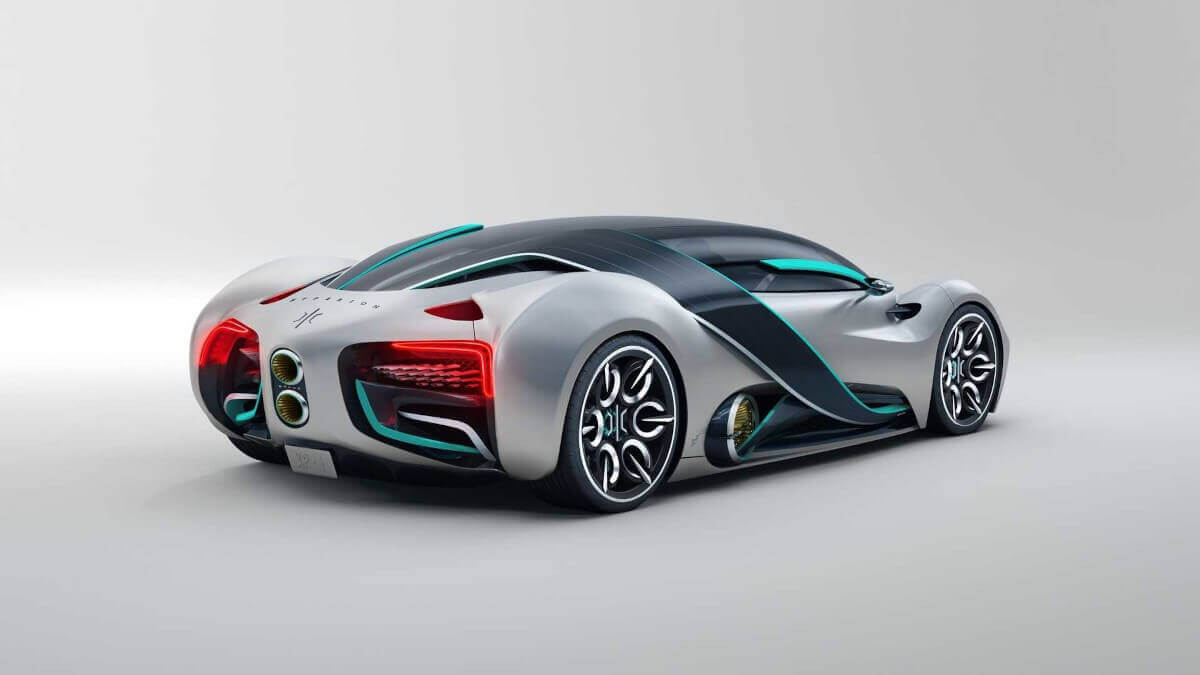 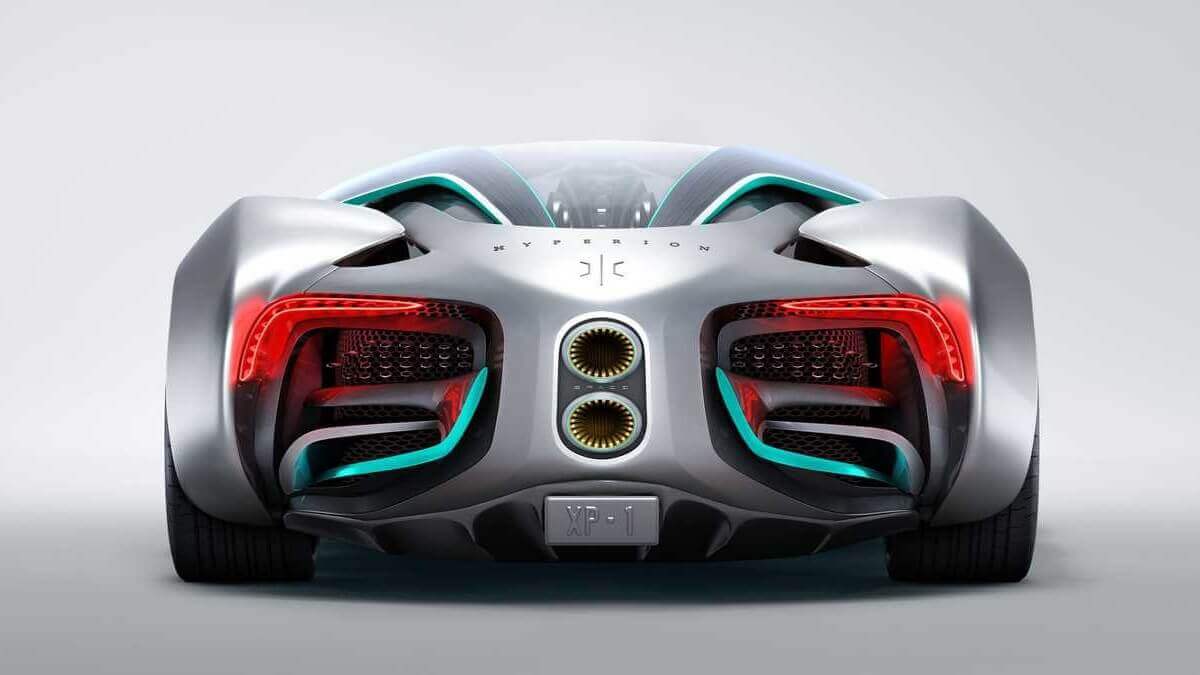 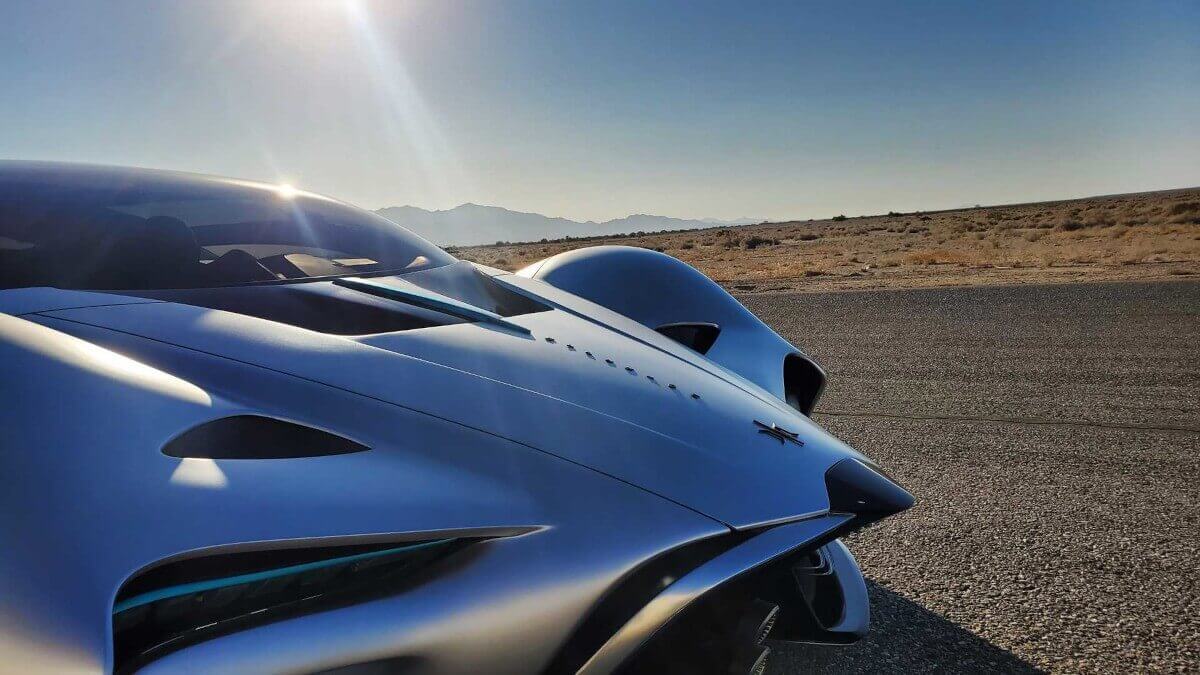 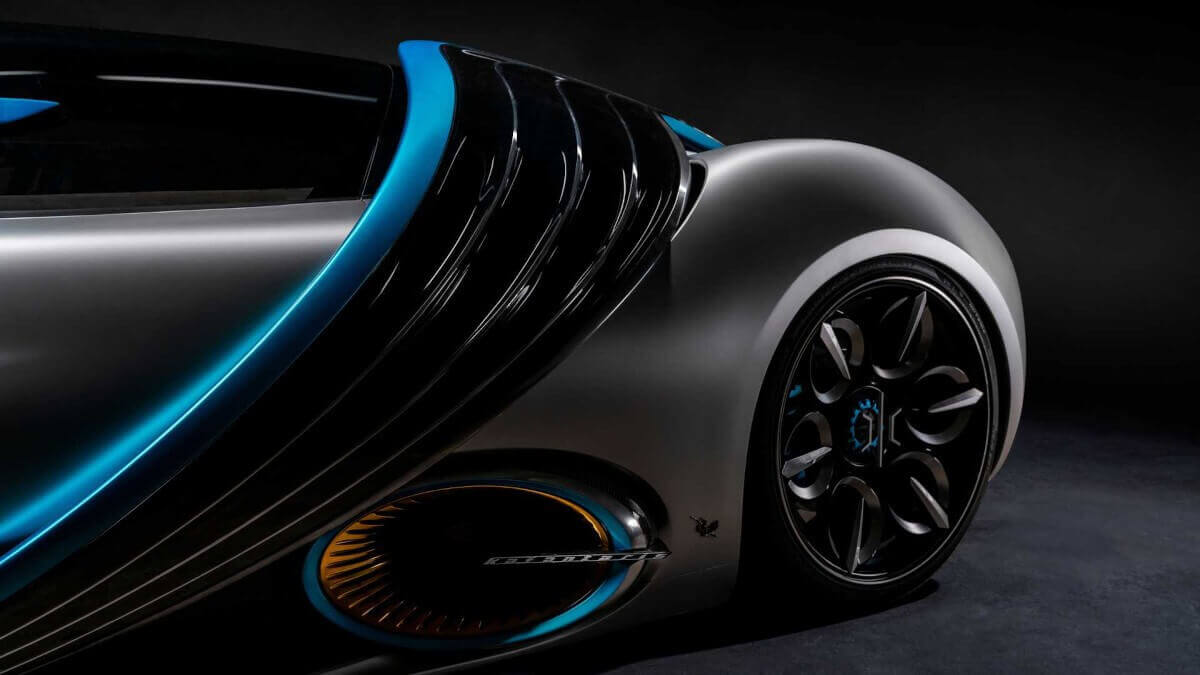 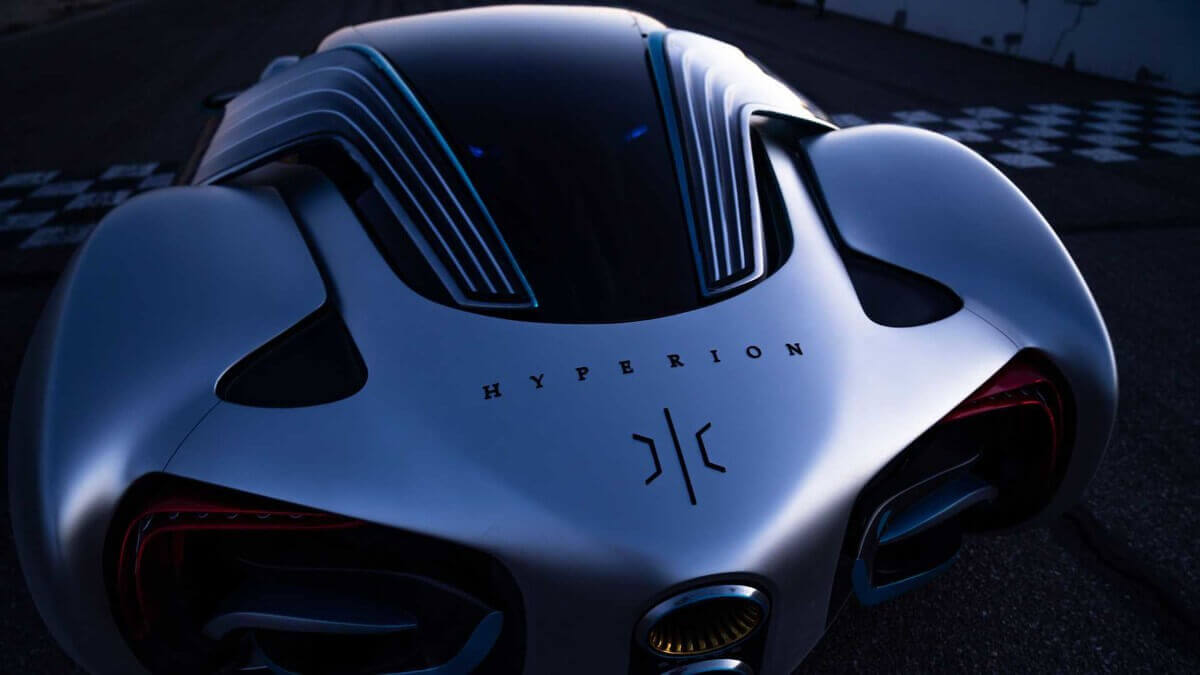 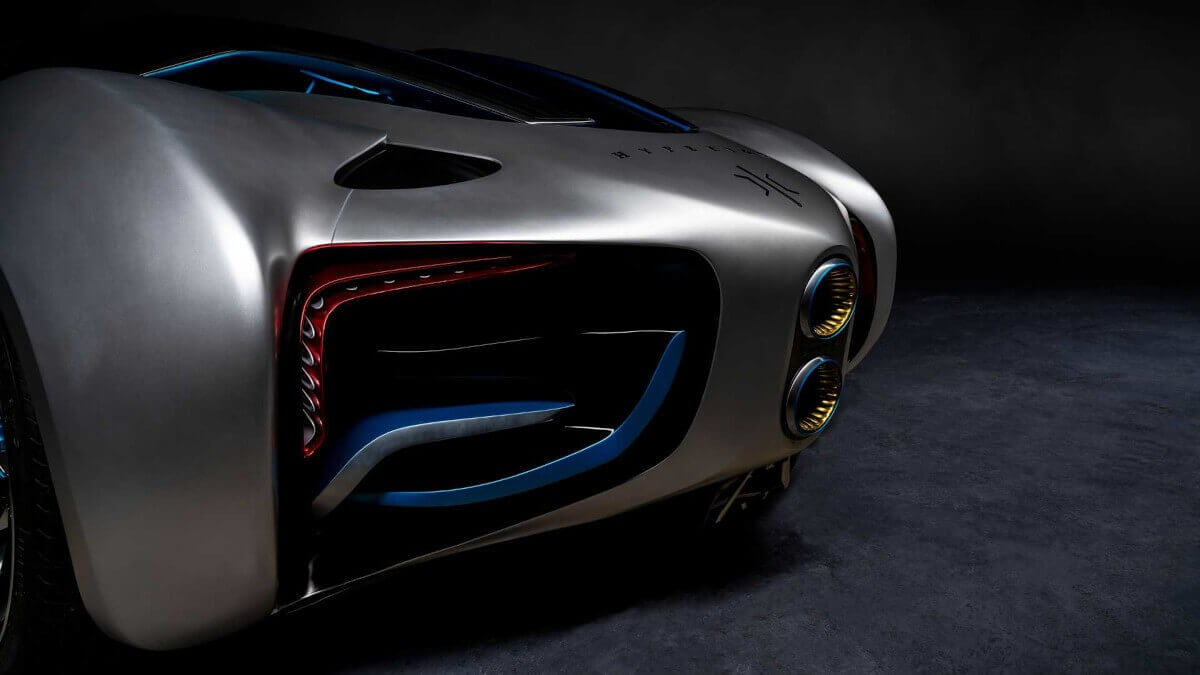 From the beginning of 2022, 300 Hyperion XP-1 units are to be produced by hand for private customers. For this purpose, a carbon-titanium monocoque and a sports suspension with double wishbones all around and the breathtaking body above, which can be seen in the press photos, will be created. The Californians are aiming for a total weight of under 1,030 kilograms. In order to keep the enormous power under control, huge carbon brake discs (18 inches in front and 19 inches in the back) are mounted behind the 255/30 ZR 21 and 335/25 ZR 22 wheels, feeding regenerative energy back into the system for further acceleration manoeuvres.