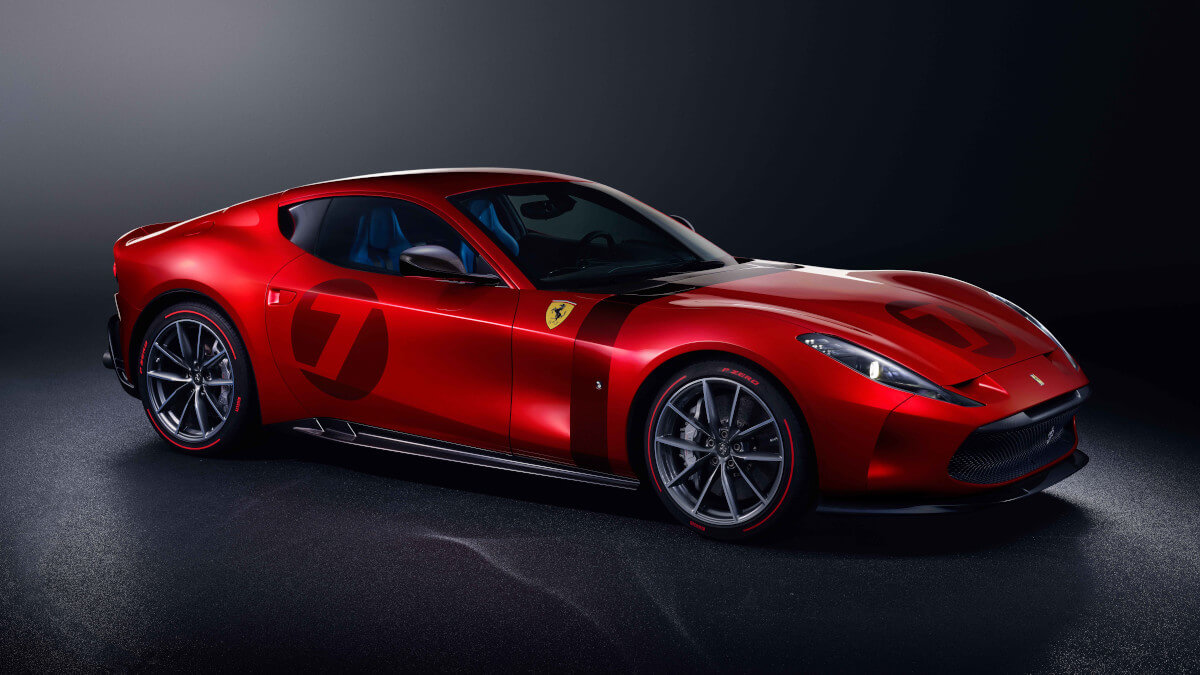 As the tenth one-off sports car based on a V12 front-engined model, Ferrari presents the Omologata for a European car collector.

For a little over ten years now, customers with a particularly close relationship to the Ferrari brand have been able to order tailor-made individual one-off cars made in Maranello. Today, the sports car brand presented the tenth one-off based on a V12 platform. The P540 Superfast Aperta was the first one in 2009. It took over two years from the order by an anonymous European car collector, through the design process, including a review of various sources of inspiration, to production. The upcoming car owner was looking for a design that was as futuristic as possible, but which nevertheless reinterpreted some classic design features of earlier Ferrari models. For this reason, the designers around Flavio Manzoni not only looked at cars, but also at elements from modern architecture and science fiction movies. The basic vehicle chosen was an 812 Superfast, but apart from the platform, the technology package and parts of the interior, only the windshield and the headlights were used from the donor car.

The new coupé body of the one-off vehicle, christened ‘Omologata’, makes the most of the possibilities of the front-middle-engine platform. The precision work was carried out in the wind tunnel, which also provided one or the other edge in the sheet metal to generate sufficient downforce on both axles. Above the oval radiator grille, two additional air vents were integrated directly next to the headlights. Further inlets on the side of the bumper provide fresh air to the front brakes. At the side, the vehicle appears completely closed with two light edges in the door and newly designed door openers. Instead of a classic rear window, the Omologata features three relatively wide horizontal struts painted in the car’s color, which are otherwise more familiar from another Italian sports car brand. The round tail lights are located in air outlets. Underneath them is a black painted diffuser. For the body, the new owner chose the three-layer metallic paint color ‘Rosso Magma’ in combination with a dark red horizontal stripe in front of the windshield and race number 7 on the hood and doors. 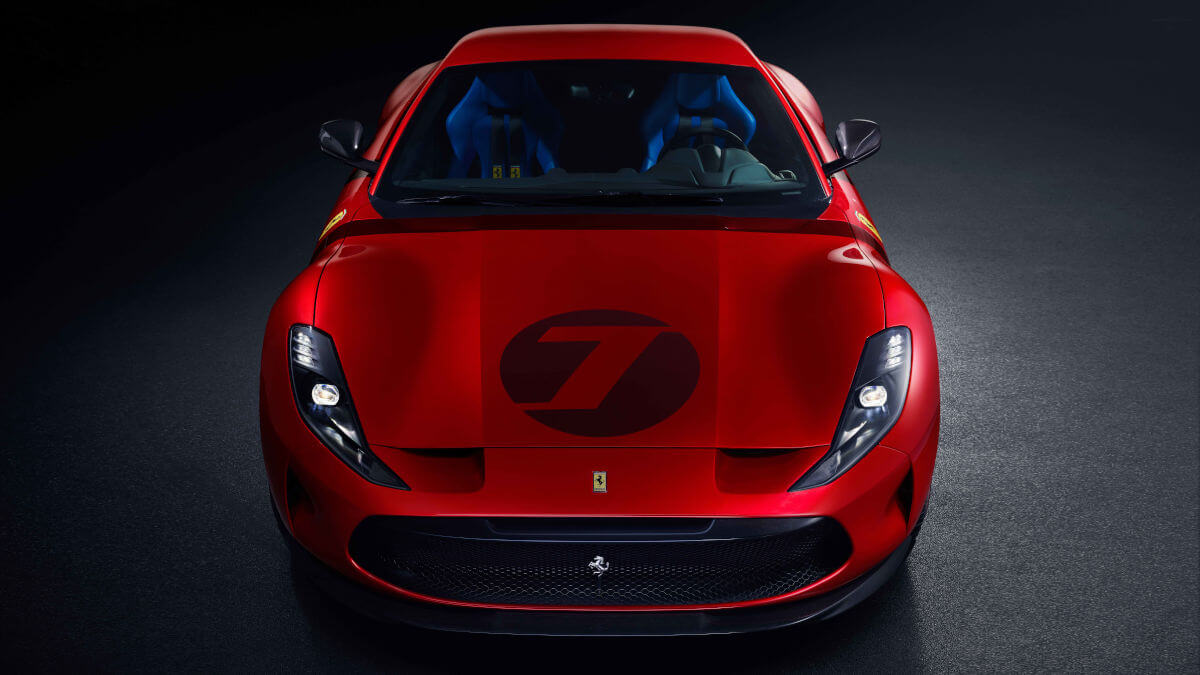 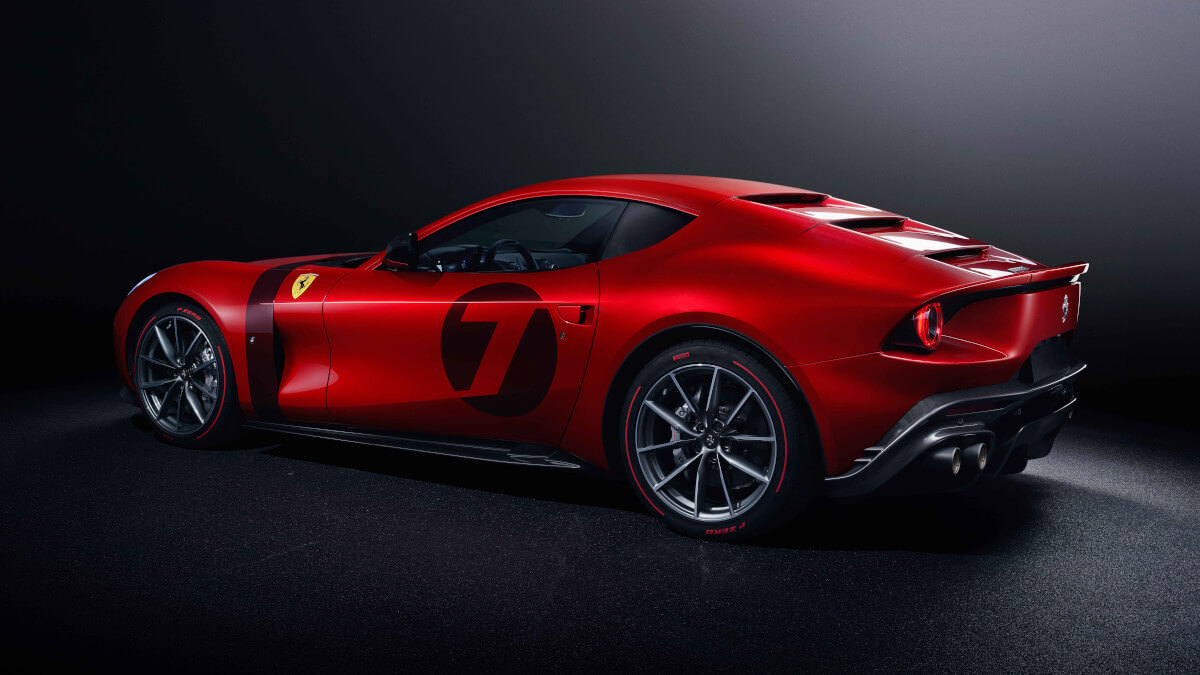 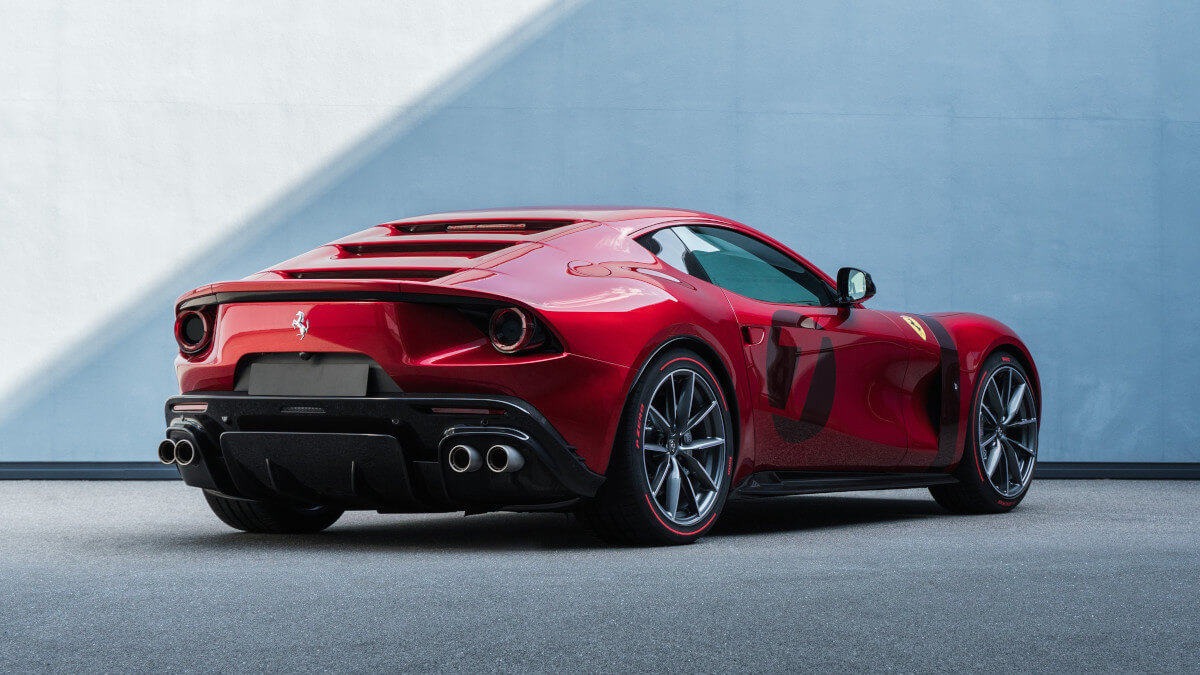 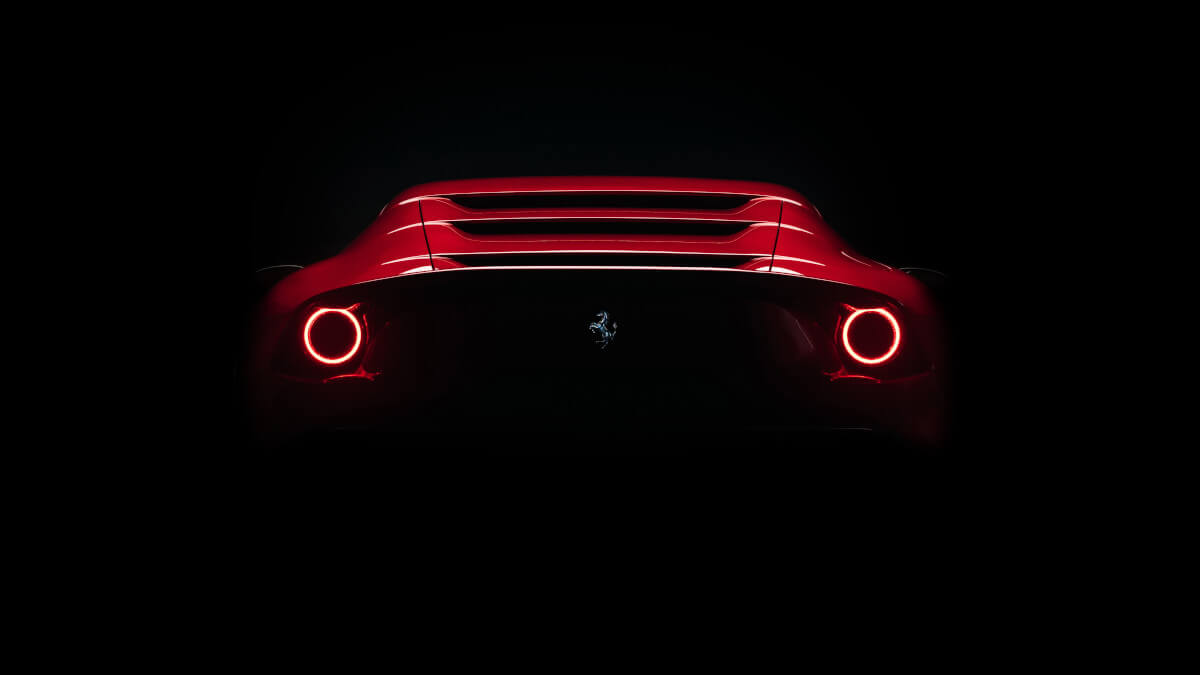 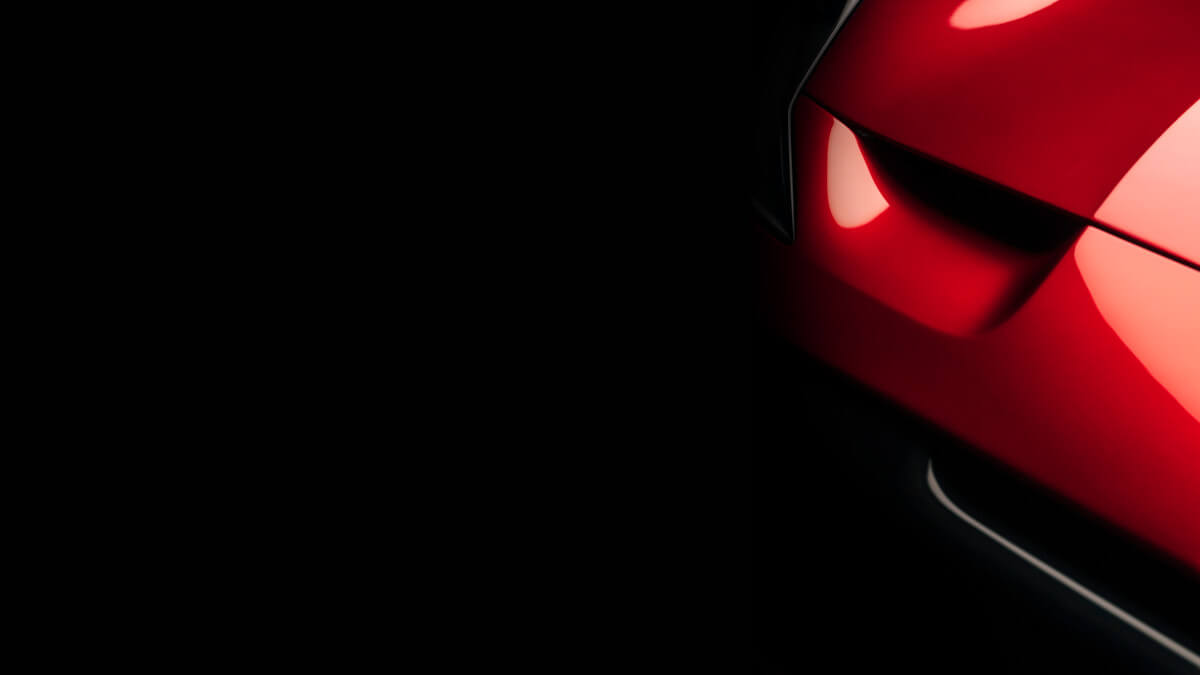 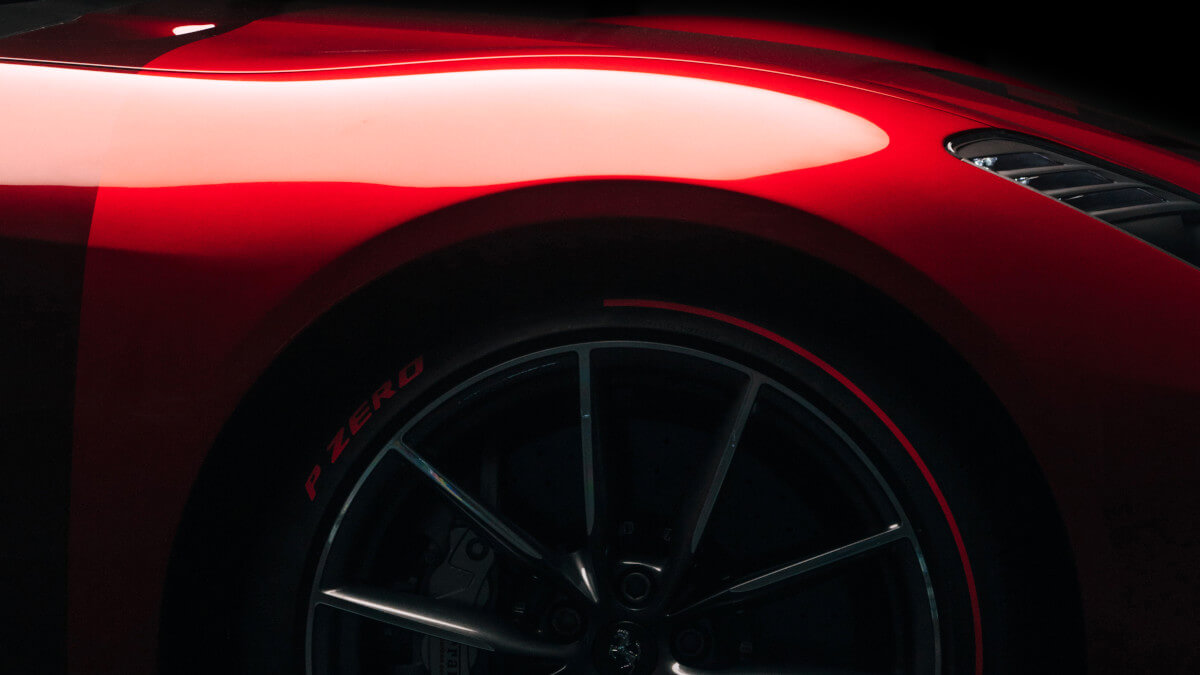 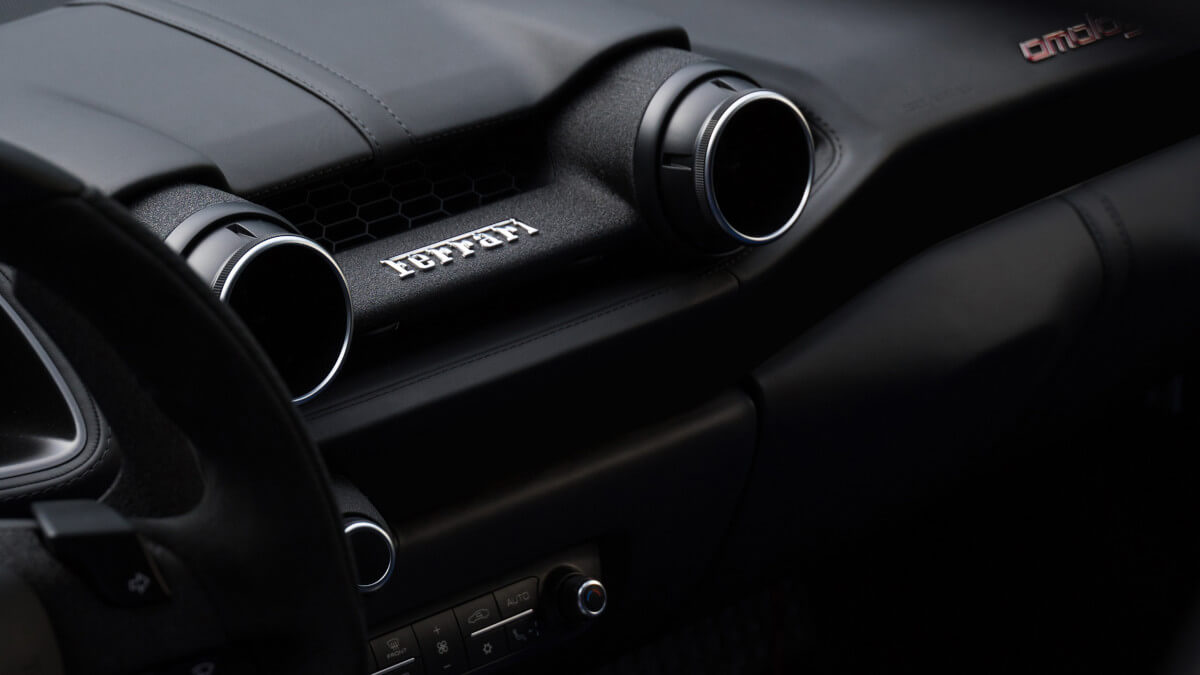 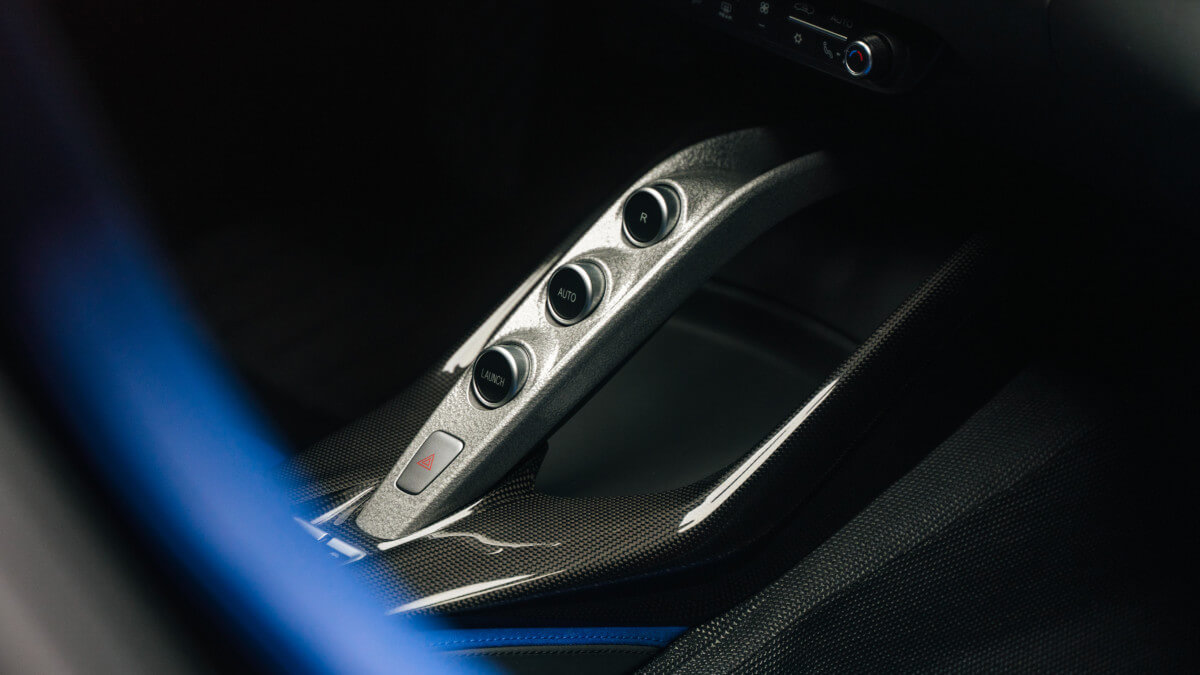 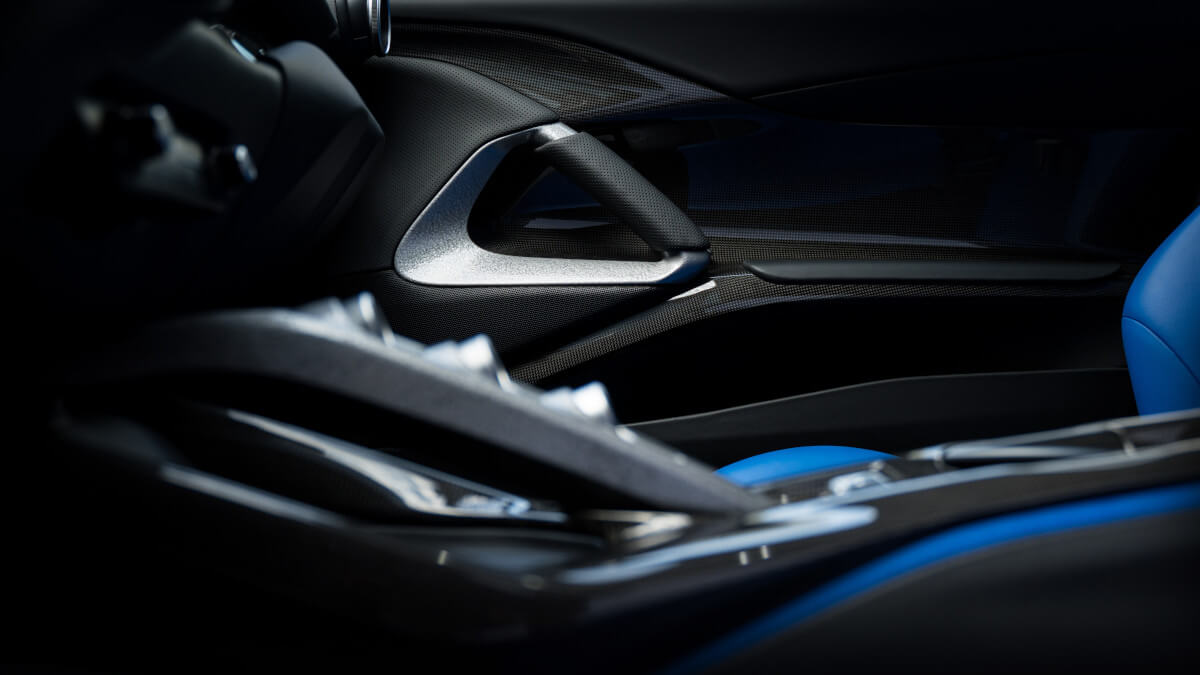 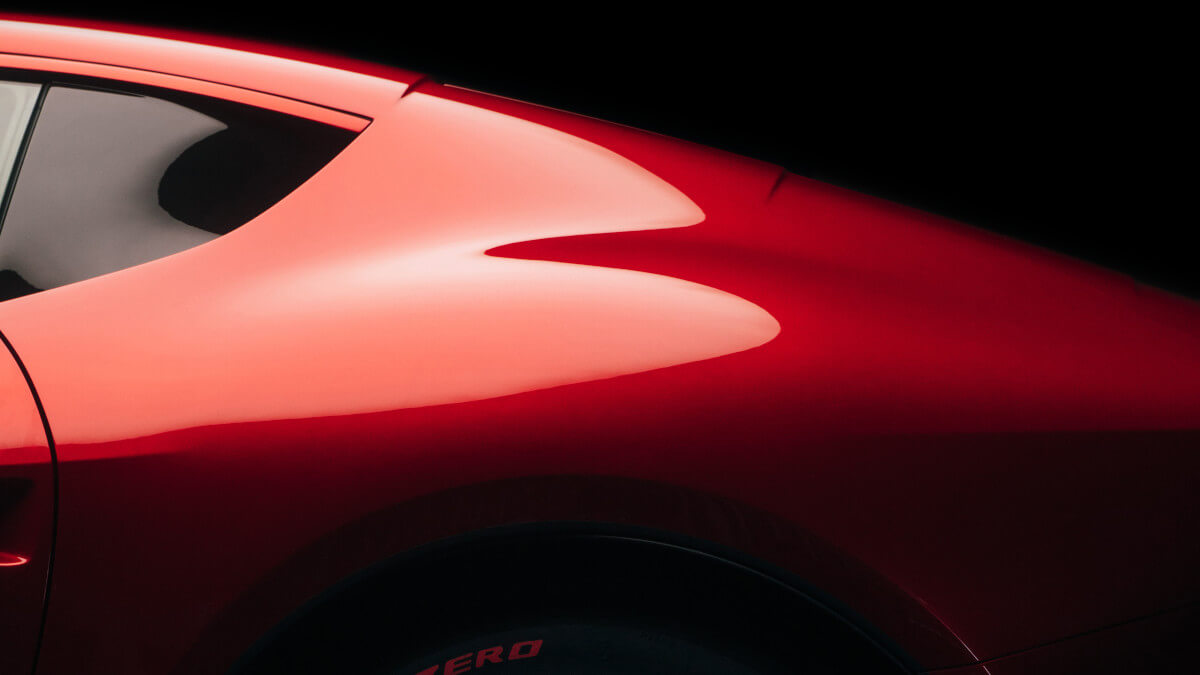 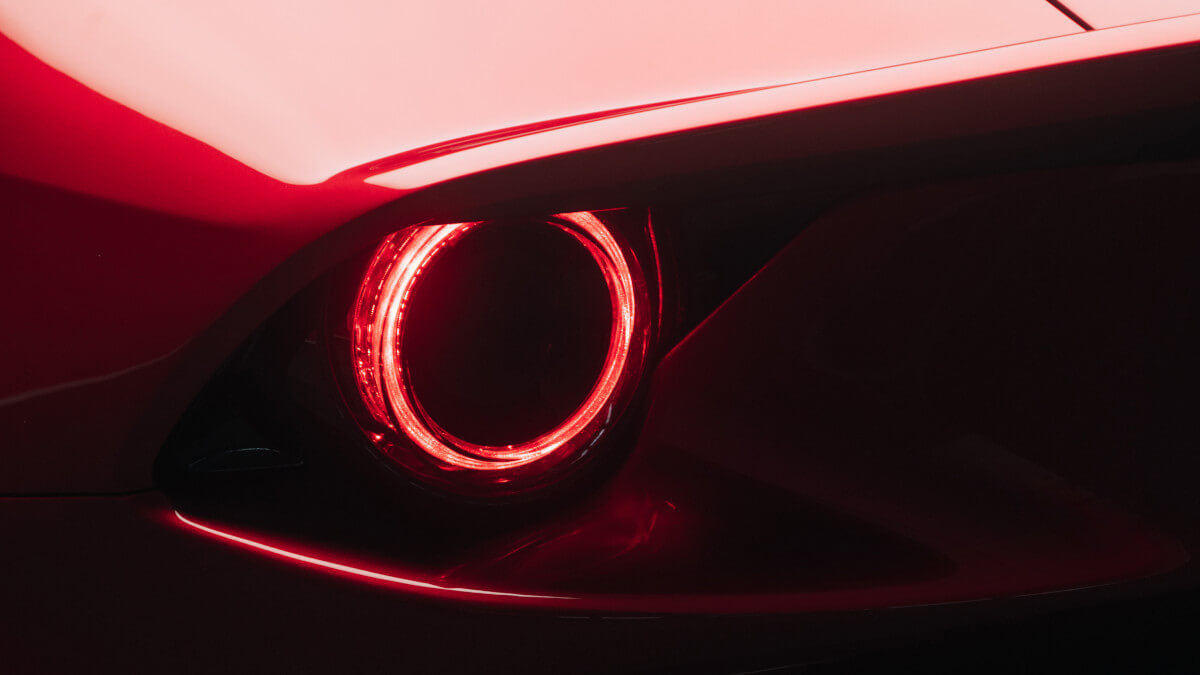 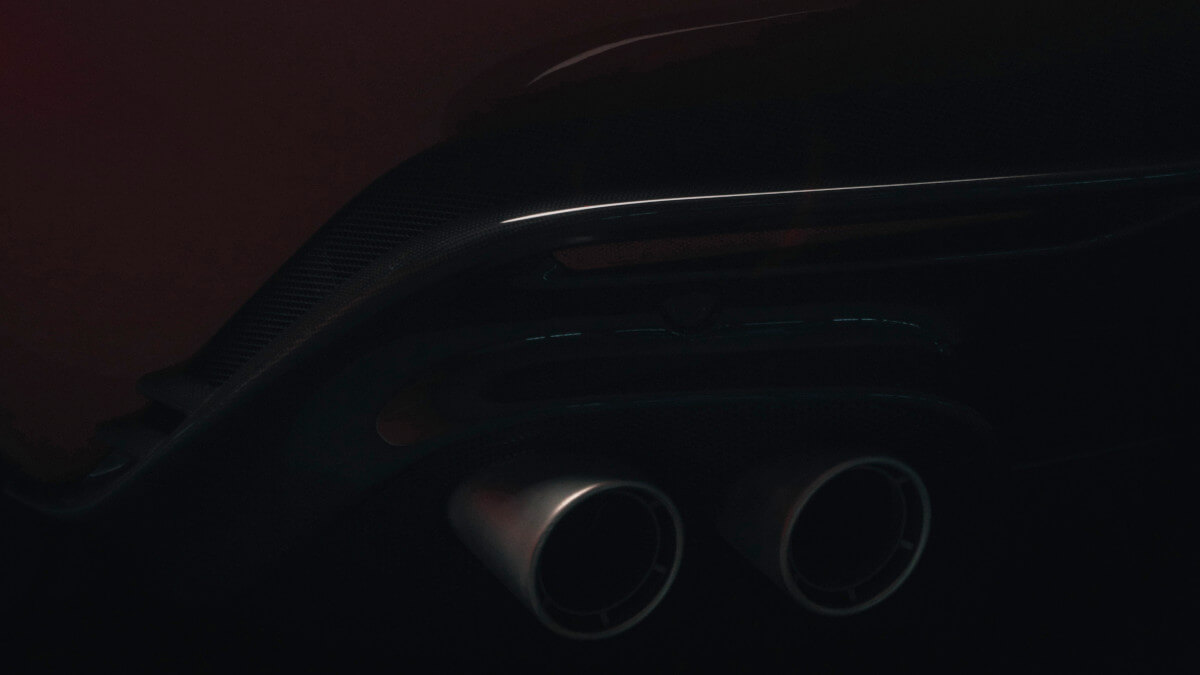 Inside, blue seat covers in leather and Jeans Aunde® fabric are used as a reminder of Ferrari racing cars of the 1950s and 1960s. The door panels, rear trim, center tunnel, steering wheel and dashboard are black. The driver and front passenger are kept in place by four-point seatbelts. At the request of the customer, a large central display was dispensed with in order to revive an era long believed to have passed. To match this, the metal decor parts were painted with crack paint, as was once used for the interiors of the brand’s GT racers and on the cylinder heads. The F1 bridge on the center tunnel and the door handles were painted with hammered paint effect.

Built for an European collector

The name ‘Omologato’ refers to the fact that Ferrari’s special one-offs continue to roll to the customer as normal cars, with full road approval, unless otherwise requested. This is an important factor in today’s world of strict emission and safety regulations. At the same time, Ferrari would like to meet the demand that each of these one-off cars could also stand in their showrooms as a large-series vehicle without any problems. With the Omologata they seem to have meet their own demand according to the press release. As usual, no information was given about the purchase price.