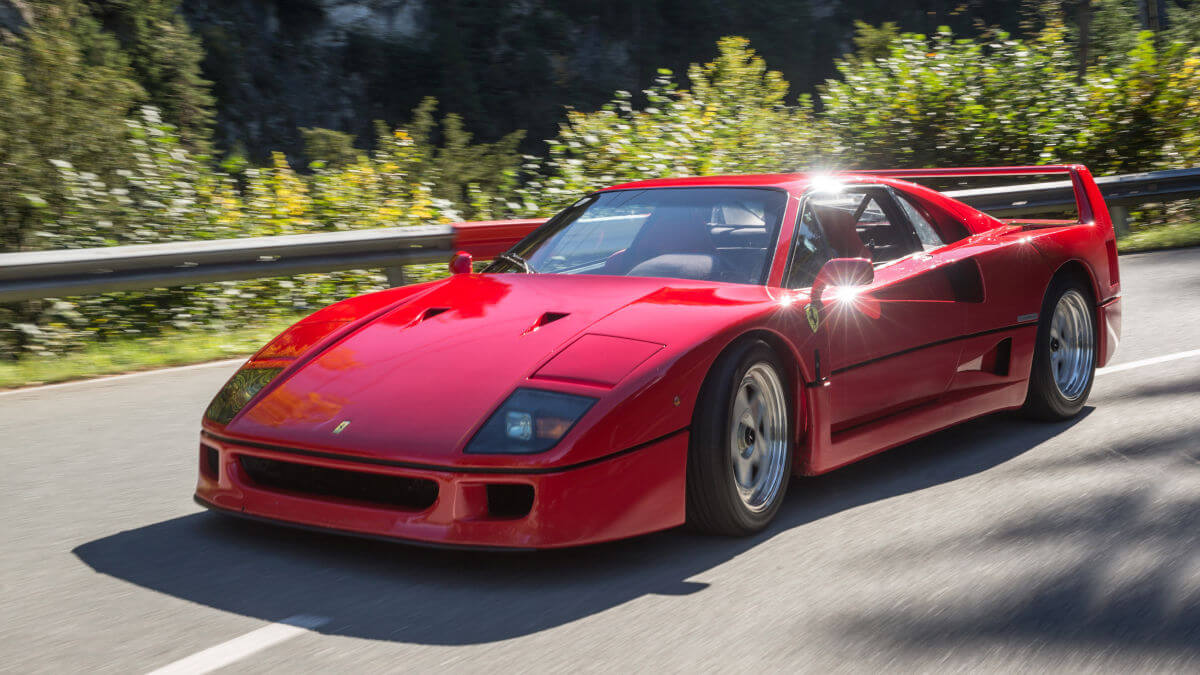 There have already been numerous publications about the final new model, which was developed during Enzo Ferrari’s lifetime. Only a few people worldwide have probably never heard of the Ferrari F40. And yet a look at this sports car icon of the 1980s is always worthwhile. Especially if the vehicle in question has a prominent previous owner. But more about that later.

Supercar for the 40th anniversary

Ferrari used the 288 GTO as its base, which was the first thoroughbred, street-legal supercar to establish the range of such vehicles that extends to the current LaFerrari. Originally, the 288 GTO was to compete in the Group B racing car category, but this never progressed beyond the planning phase. Nevertheless, Ferrari had already produced five examples of the 288 GTO Evoluzione when Group B was banned after various rally accidents. Instead, the experience gained during the development process was translated into a new supercar from Maranello, which was presented as the F40 just in time for the company’s 40th anniversary. 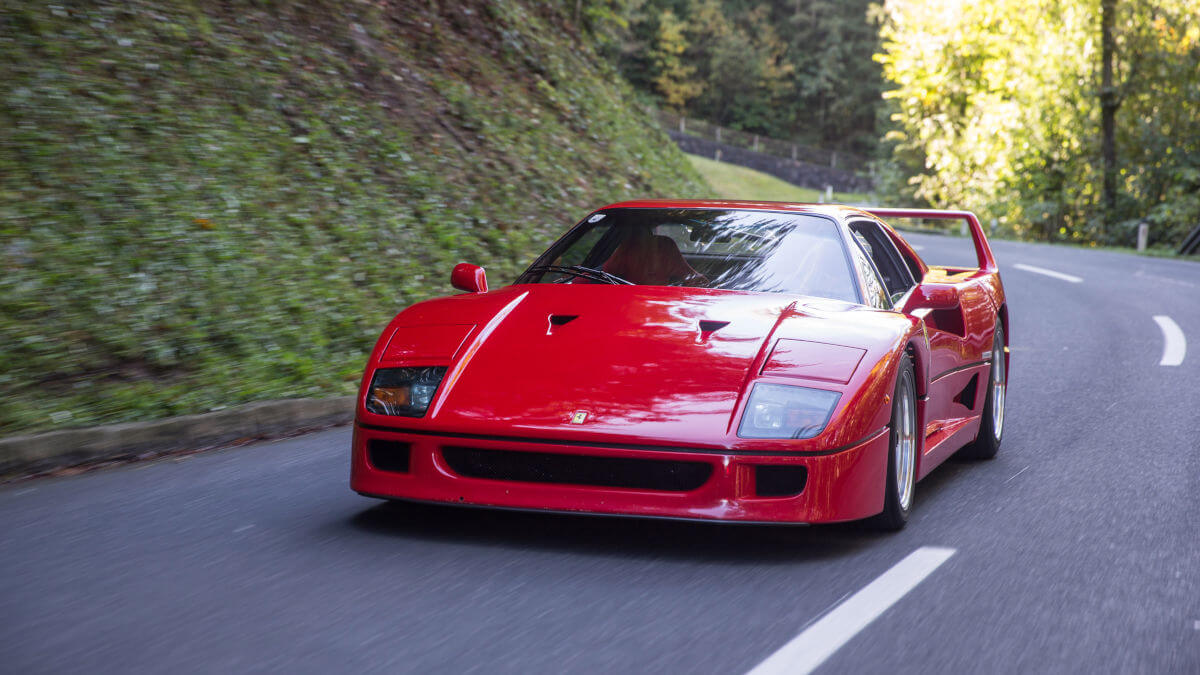 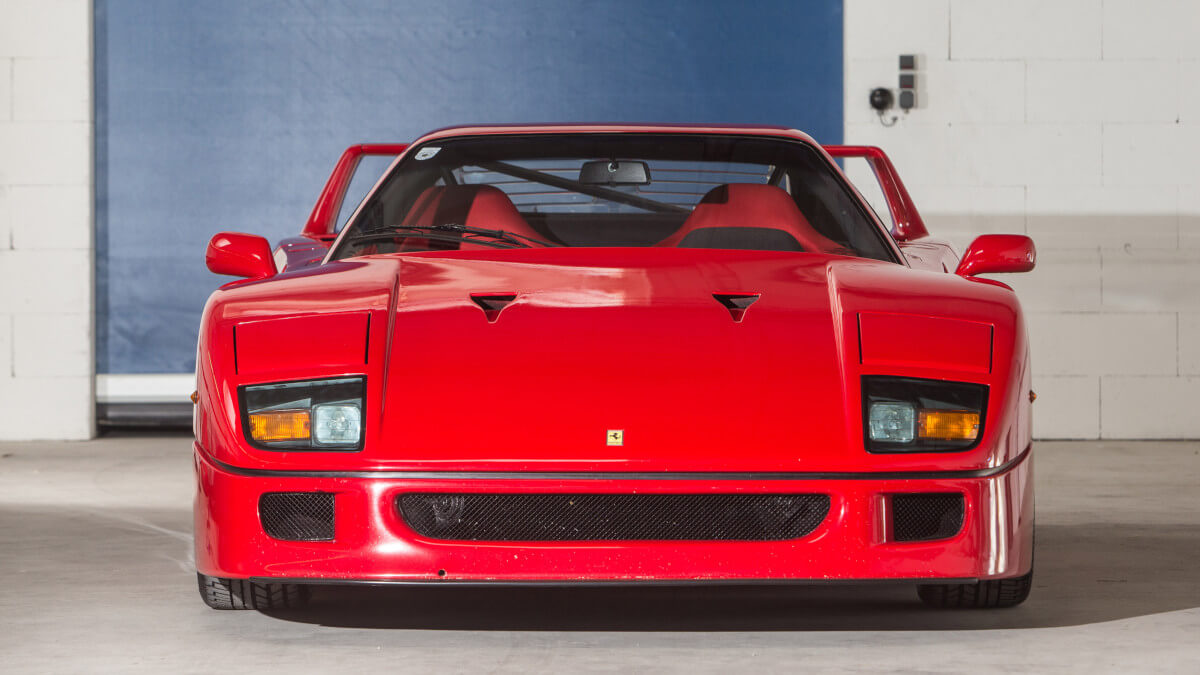 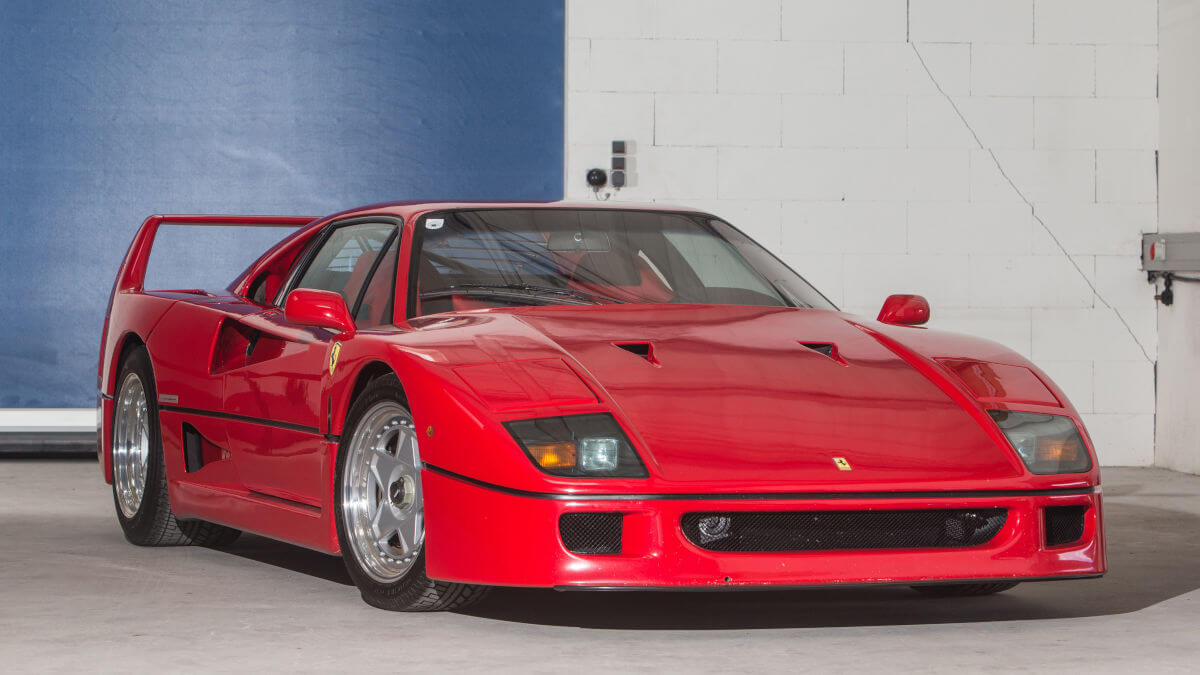 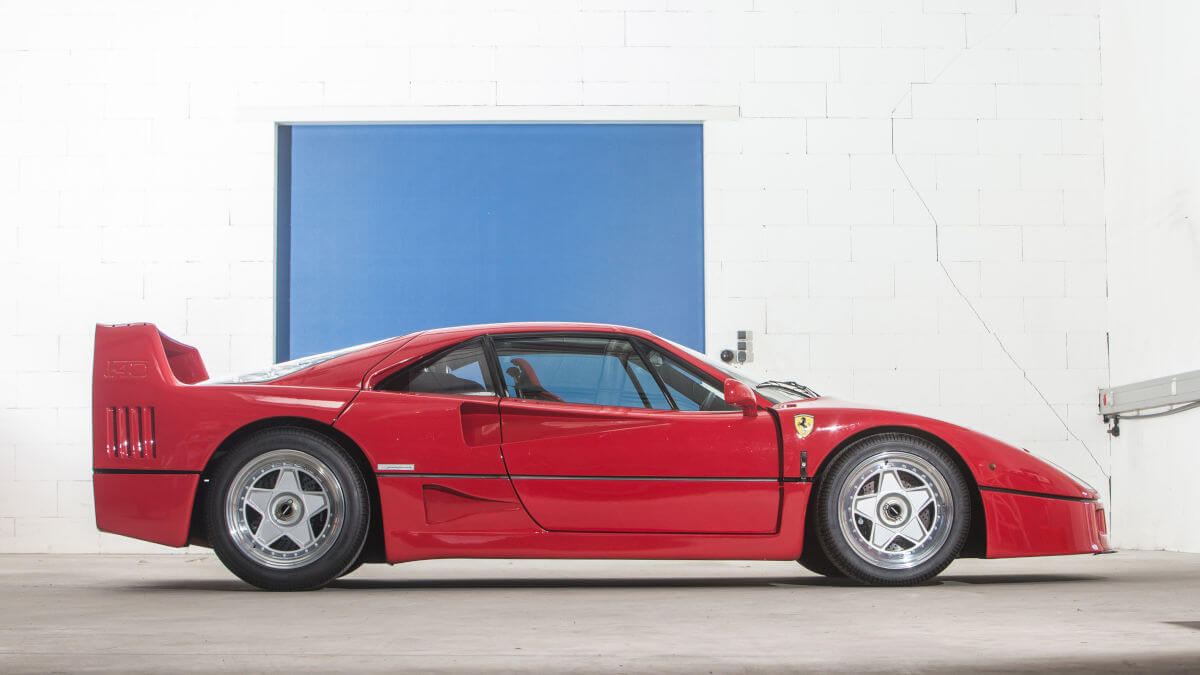 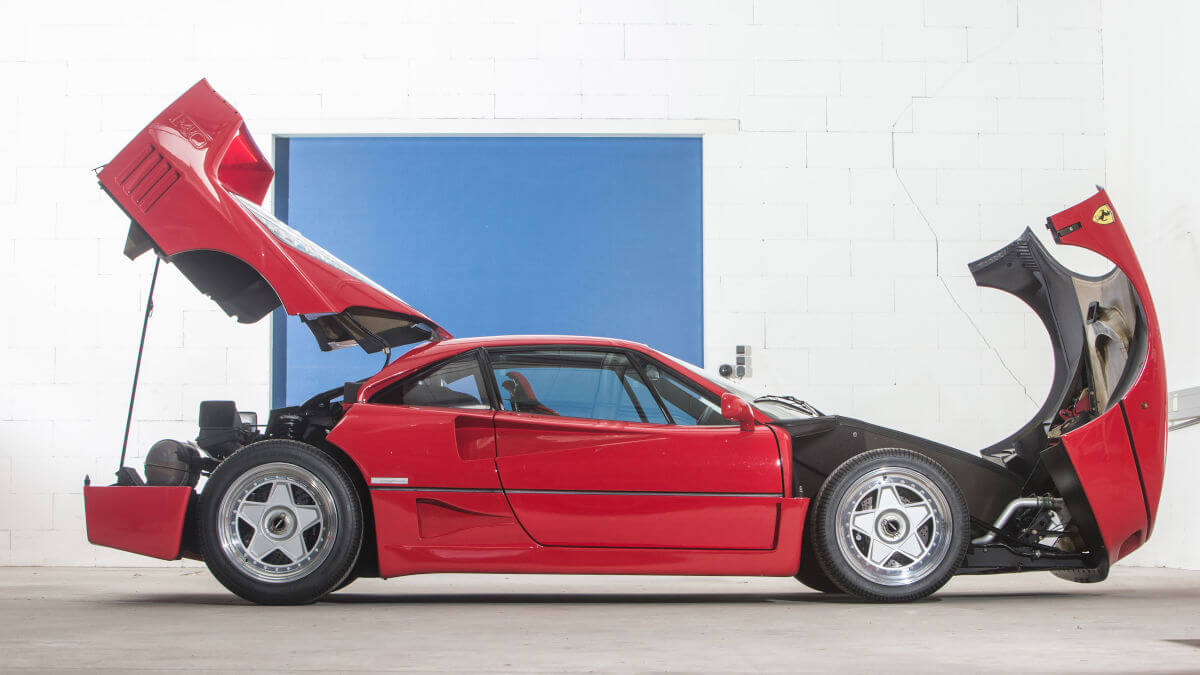 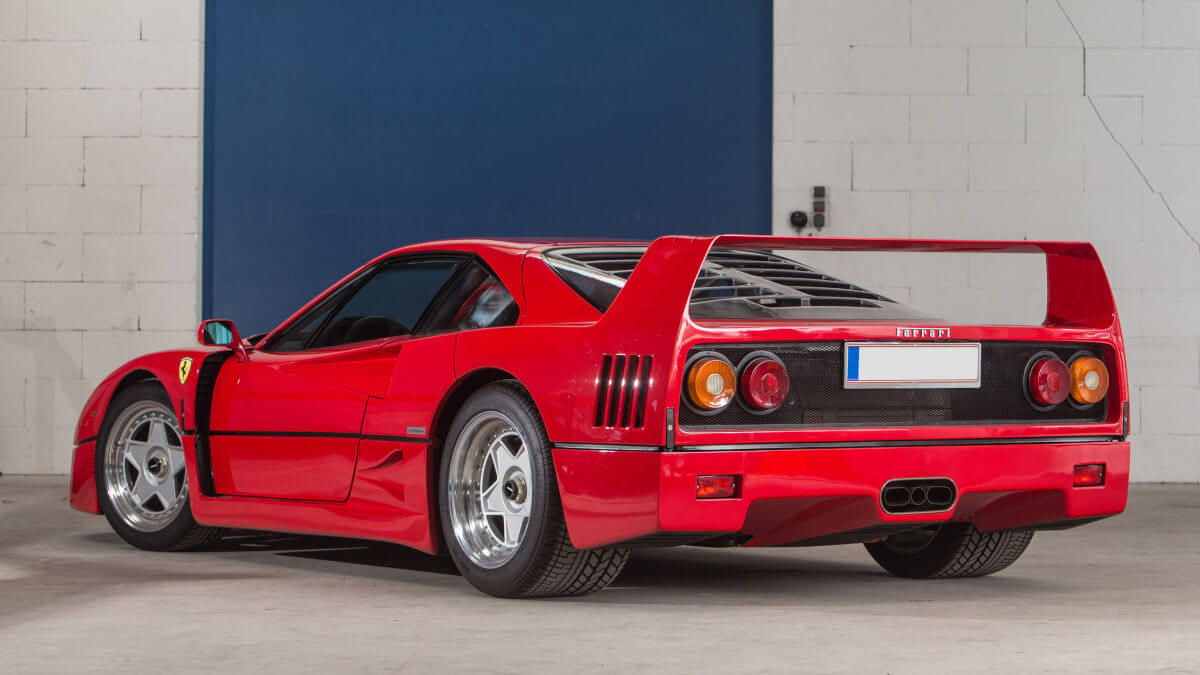 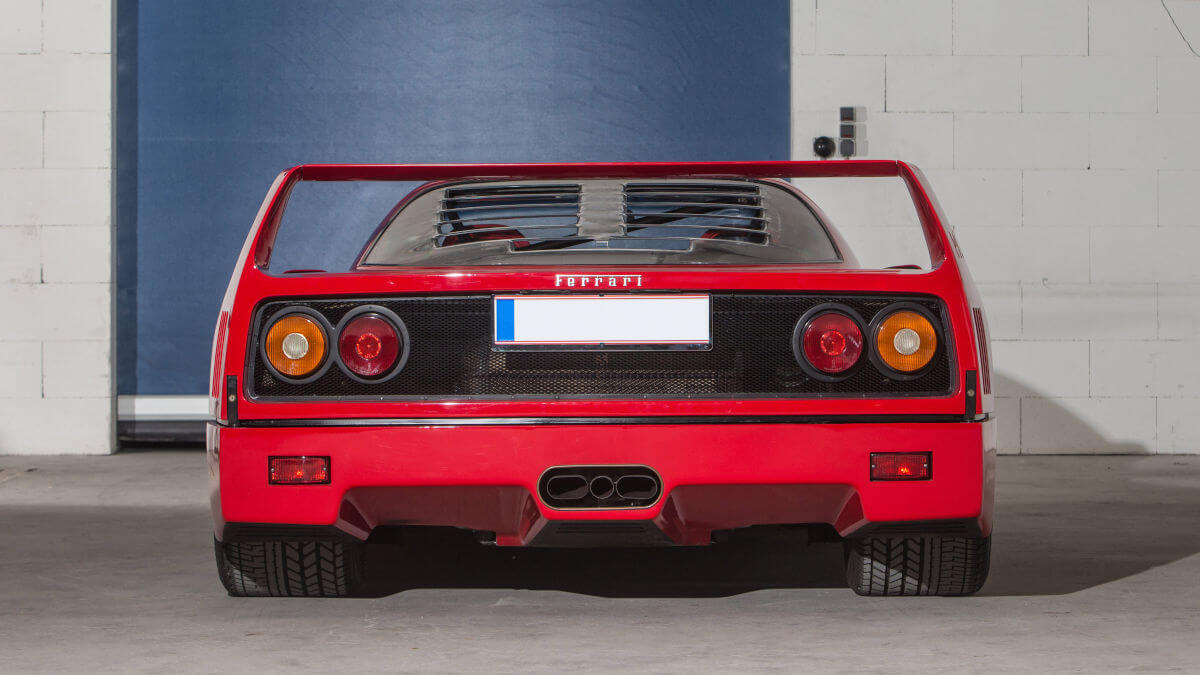 While the side section with its NACA air intakes was adopted almost unchanged from the 288 GTO Evoluzione, Pininfarina designed a new wedge-shaped front section and a rear end with a striking wing. Above the headlamp flasher and indicators – both hidden under clear glass covers – are pop-up headlights for low and high beam. The front hood also includes the outer and inner fenders, and when folded forward it reveals the carbon monocoque. Amazingly, there is a recess that could theoretically have accomodated a spare wheel. However, only the pre-production prototypes actually had a spare wheel, whereas this was omitted in series production for weight reasons.

Underneath the huge rear wing, which extends across the entire width of the car, there are air outlet slits as well as in the plexiglass rear window and laterally behind the rear wheels. Taillights and license plate are located in a black grille that discharges further hot exhaust air from the engine compartment. Centrally in the diffuser there is a recessed area of the bodywork made of Kevlar and carbon fiber, which houses the three exhaust tailpipes. The honeycomb structure of the bodywork can be seen through the original paint, which is always ‘Rosso Corsa’ (red) ex works. About 15 cars have been repainted to yellow or black before they reached their first owners back in the days. However, due to stone chipping, many of the early examples have now been given at least a new coat of paint on the front, if not on the entire bodywork. Late vehicles were painted better by the factory. 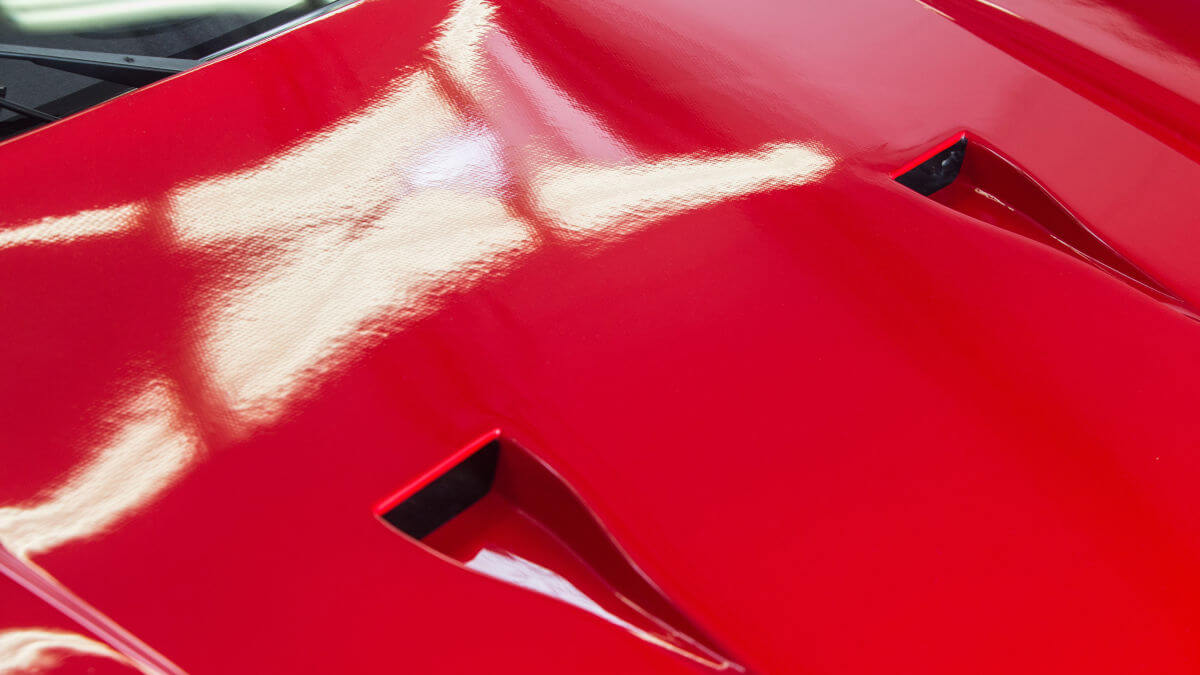 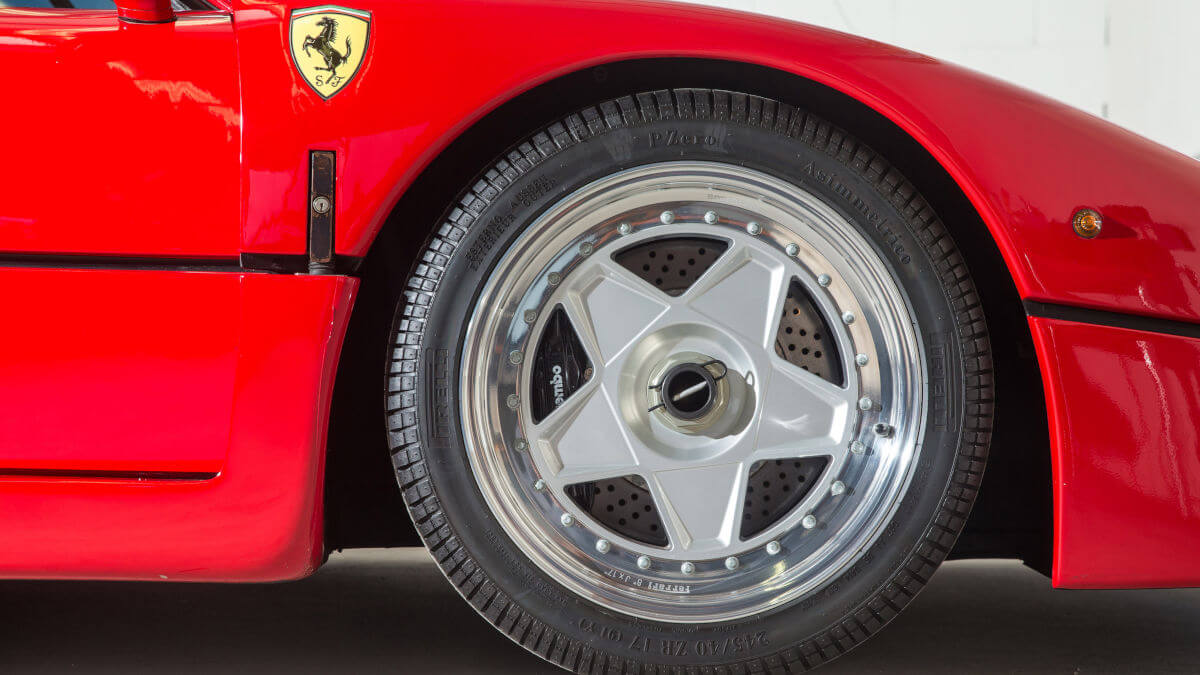 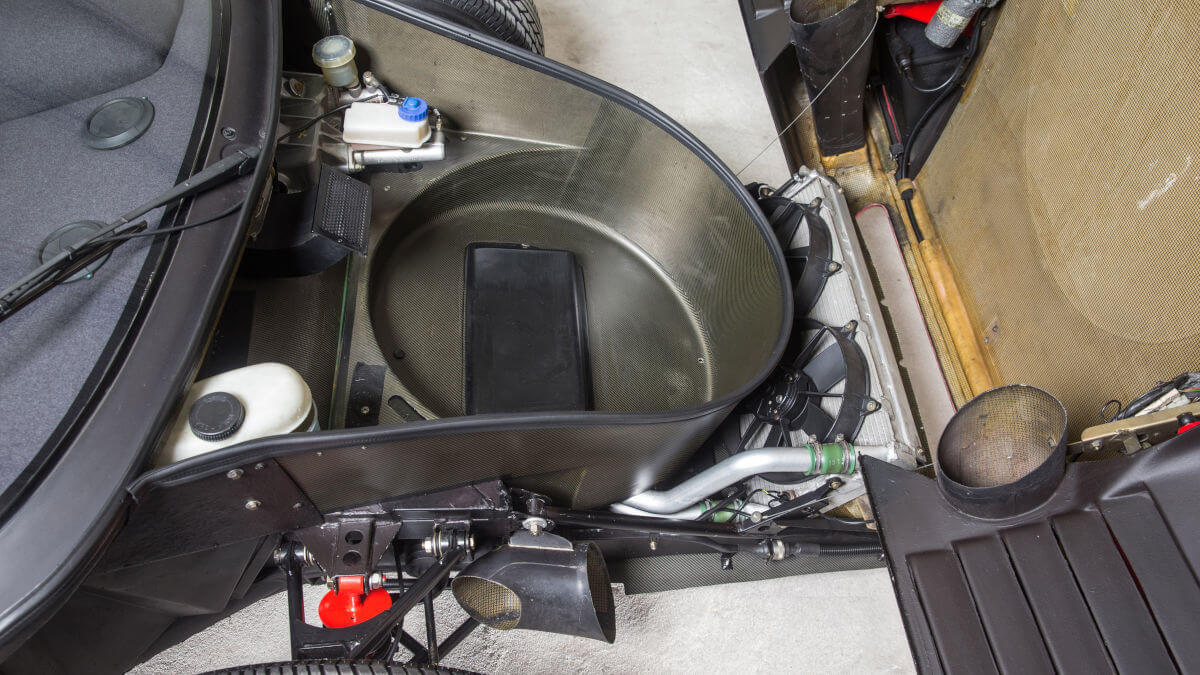 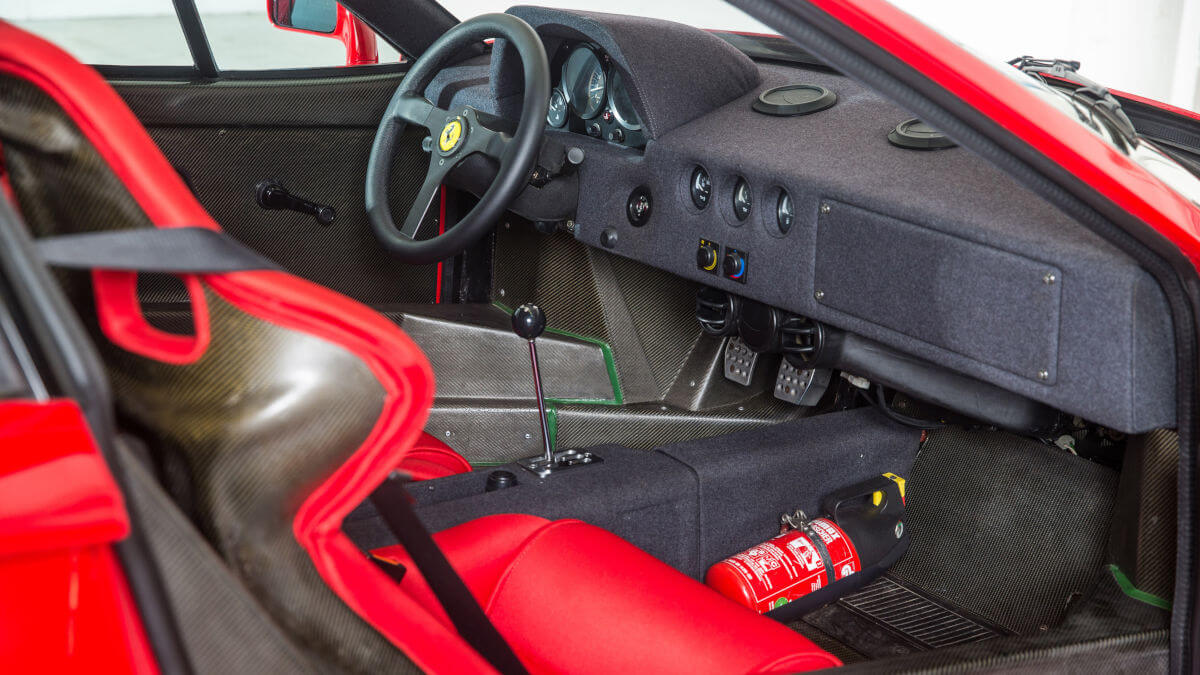 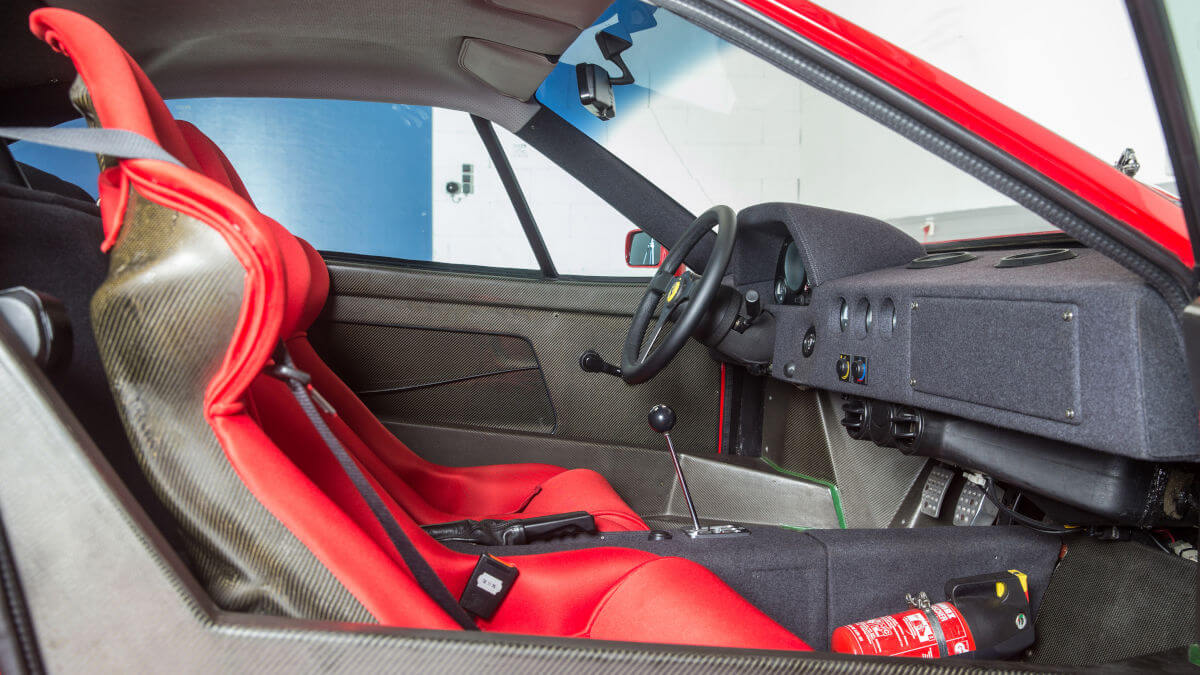 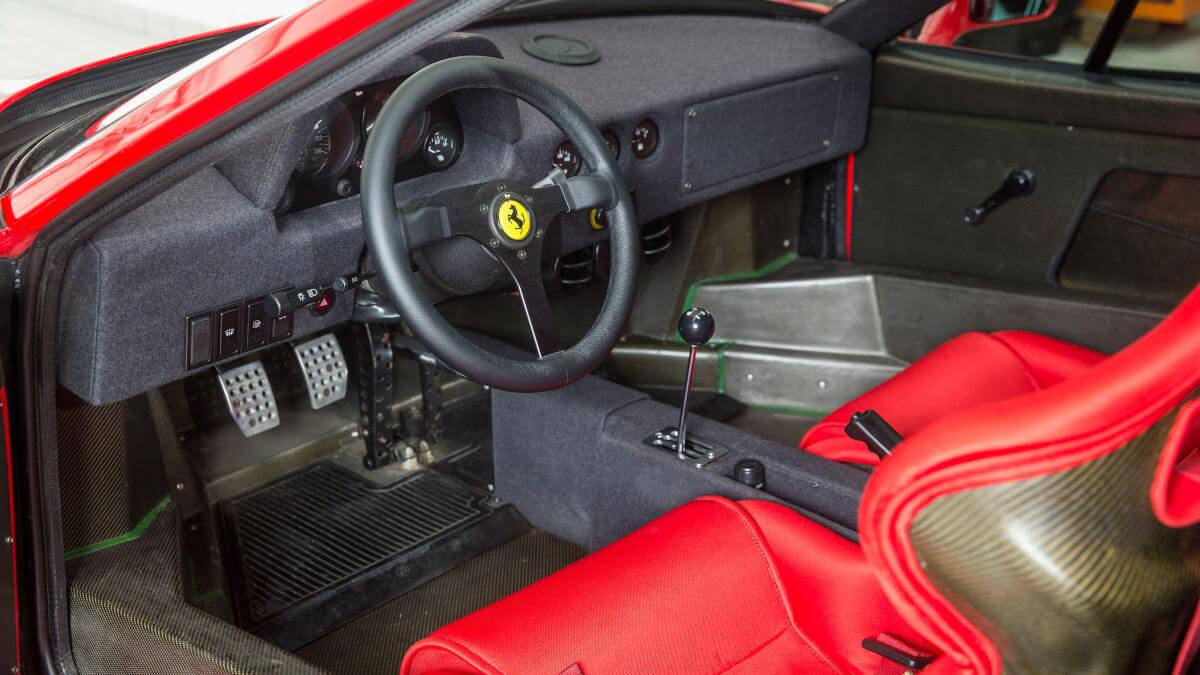 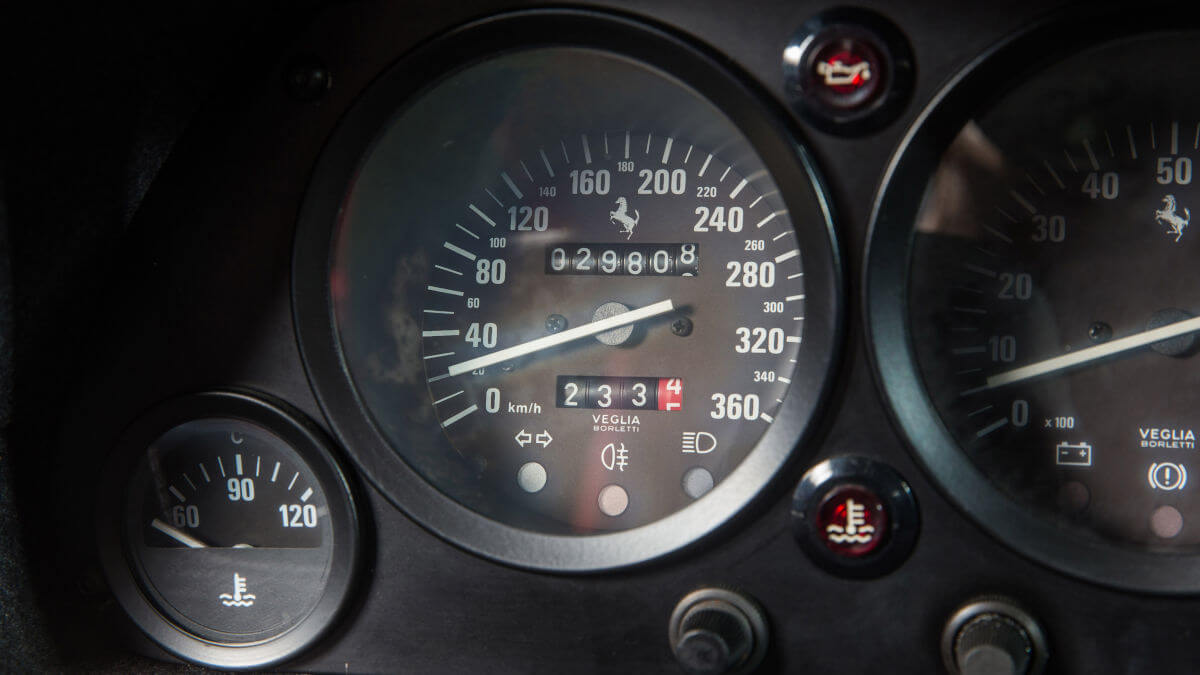 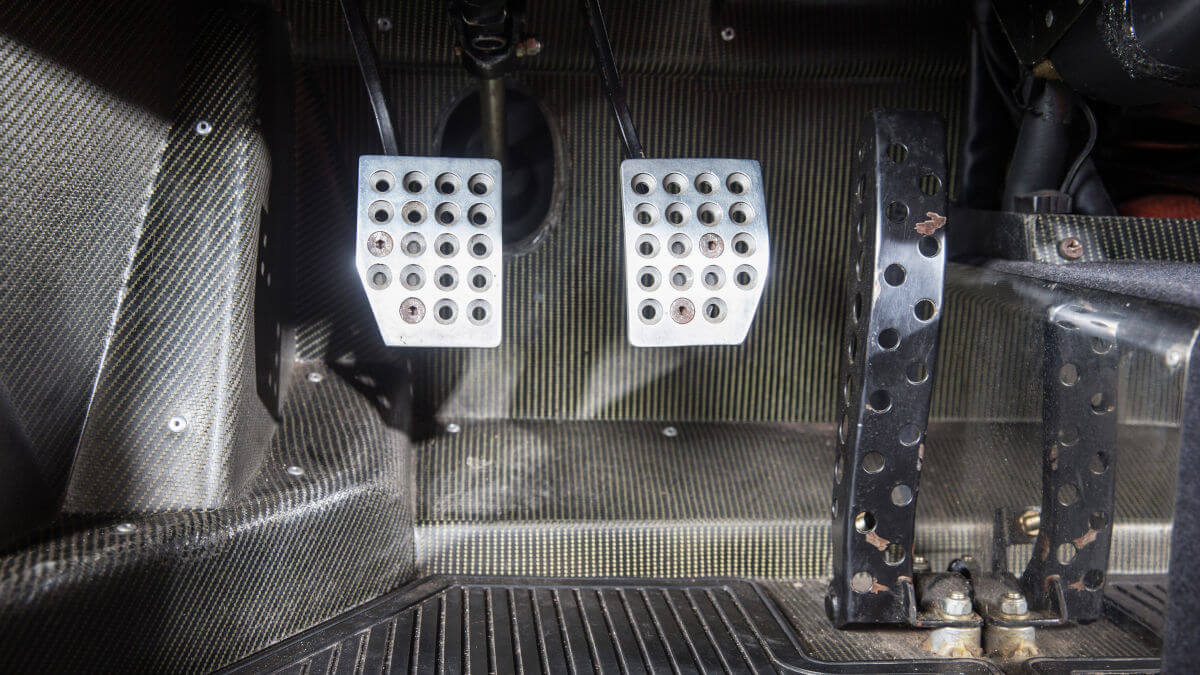 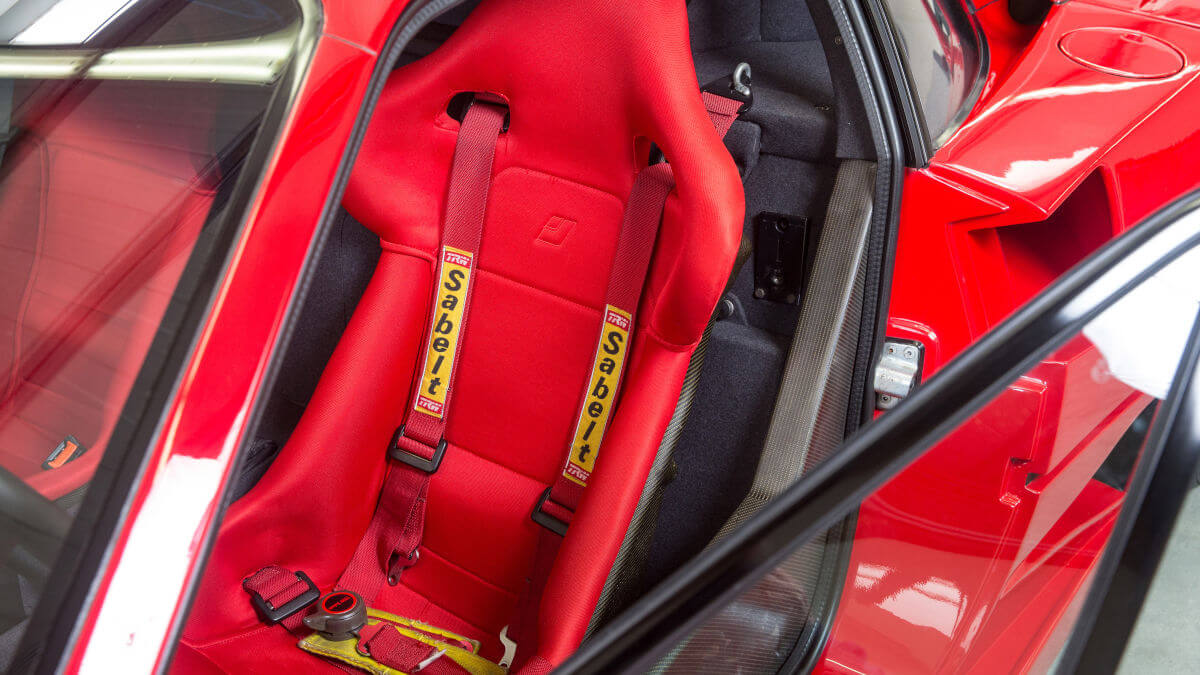 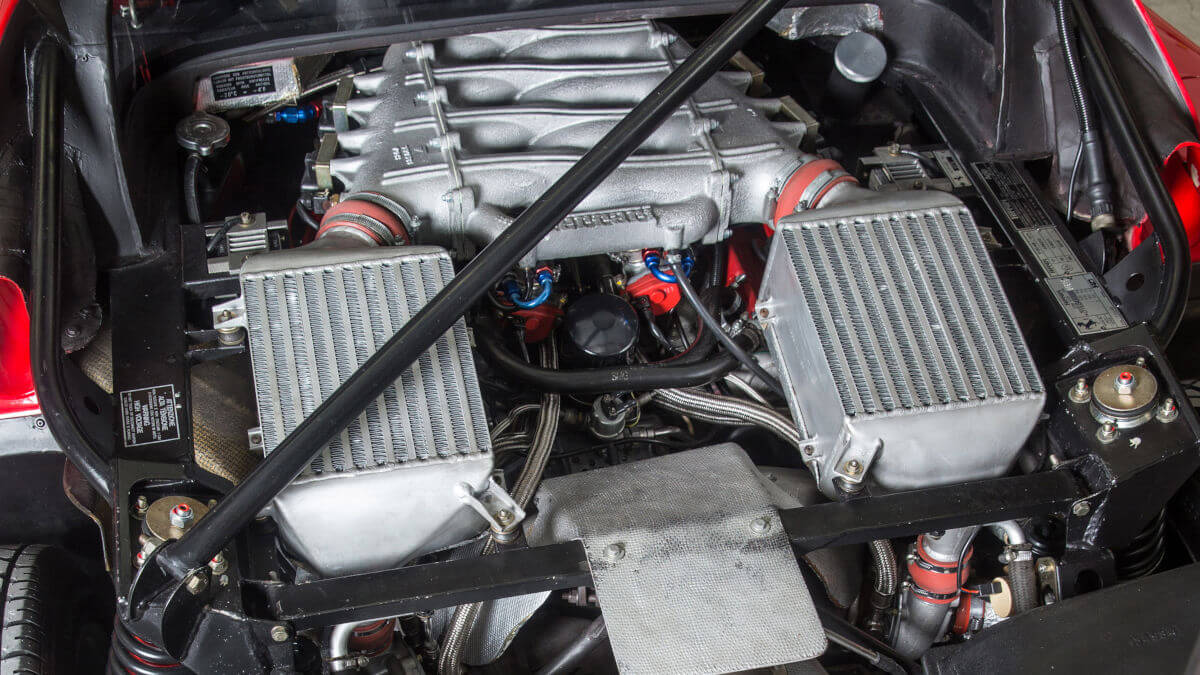 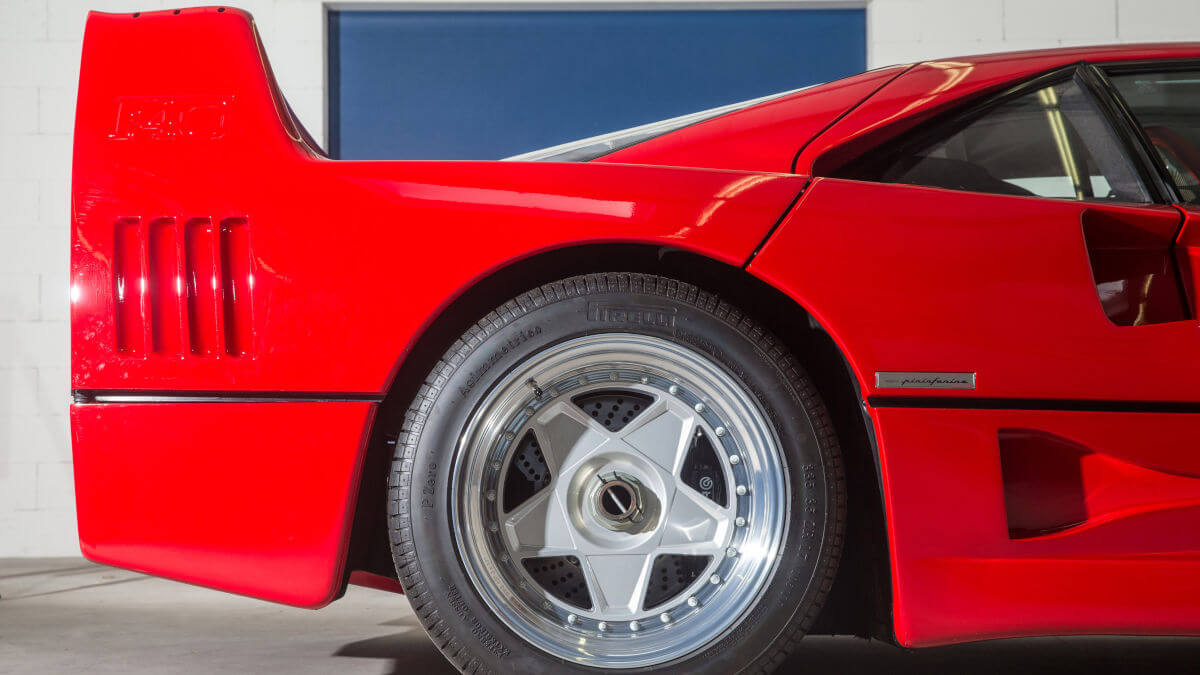 As with the 288 GTO, Ferrari used a V8 biturbo engine for the F40, which was increased by 0.1 to 2.9 liters. Officially, the data sheet included 352 kW/478 hp. However, there were early specimens without a catalytic converter for the European market, whose power output scattered upwards. So there were measured values of up to 530 hp. On the other hand, the vehicles for the US market achieved less power due to a more complex exhaust gas purification system. Ferrari specified 4.1 seconds for the sprint to 100 kph (62 mph). The topspeed was 324 kph (201 mph).

Company founder Enzo Ferrari also attended the world premiere of the F40 in 1987. He died on August 14, 1988, which resulted in a huge demand for all Ferrari models. Especially the F40, which was the last new model that had been developed during Enzo’s lifetime, now achieved an increase in value that ended in a speculation bubble. The original price of 440,000 DM in Germany for a new car soon turned into several millions on the pre-owned market – although new models were rolling off the assembly line at the same time. Originally, only around 450 vehicles were to be built. The boom ultimately led to an expansion of the production capacity from what was ultimately over 1,300 units. However, the F40 underwent continuous modifications in the course of production, which continued until 1992. For example, after around 400 cars, the plexiglass sliding windows in the doors were replaced by crank windows. There were also various gear steps and in later years an adjustable suspension. 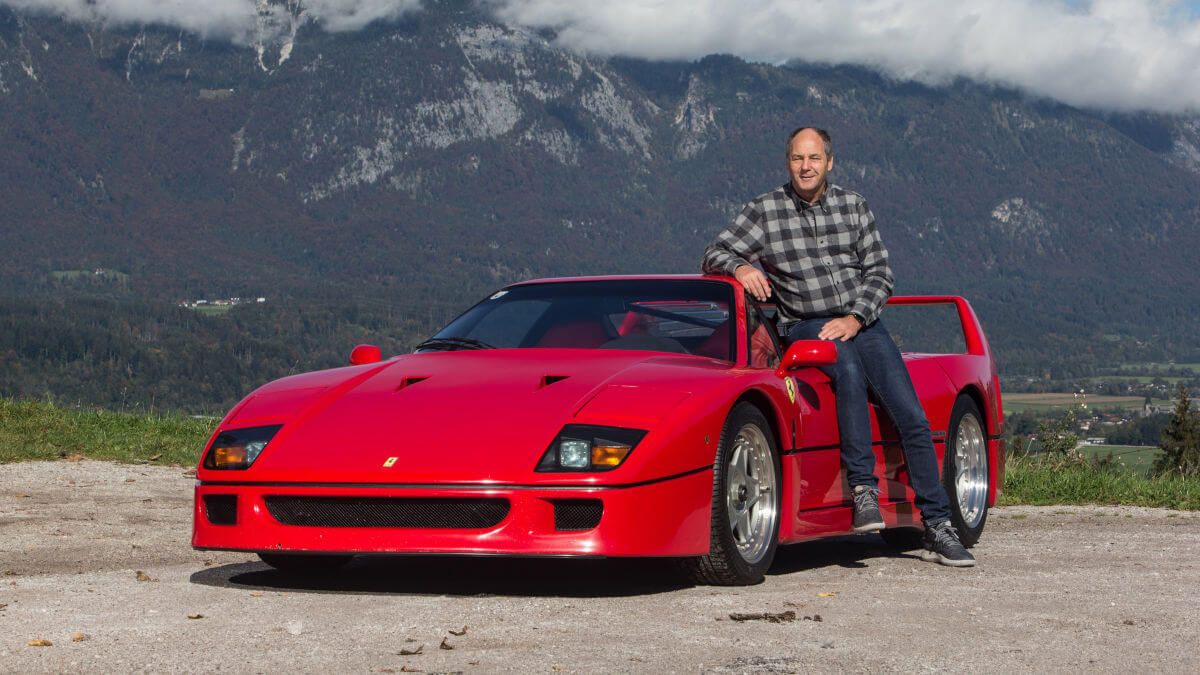 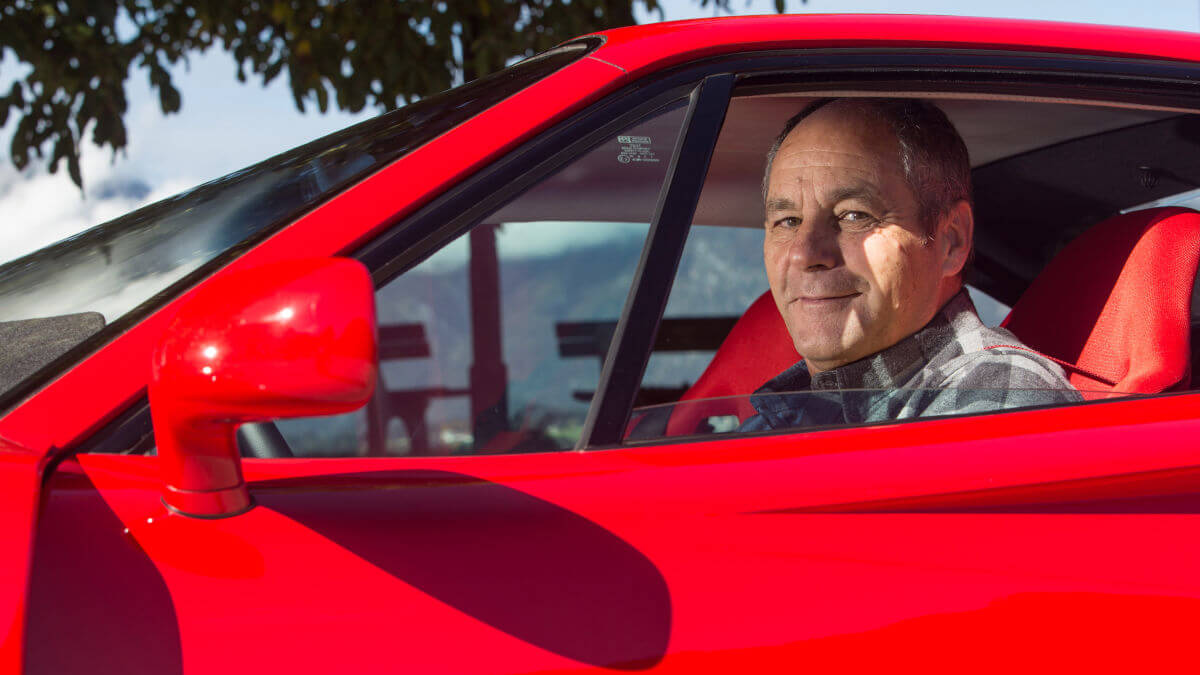 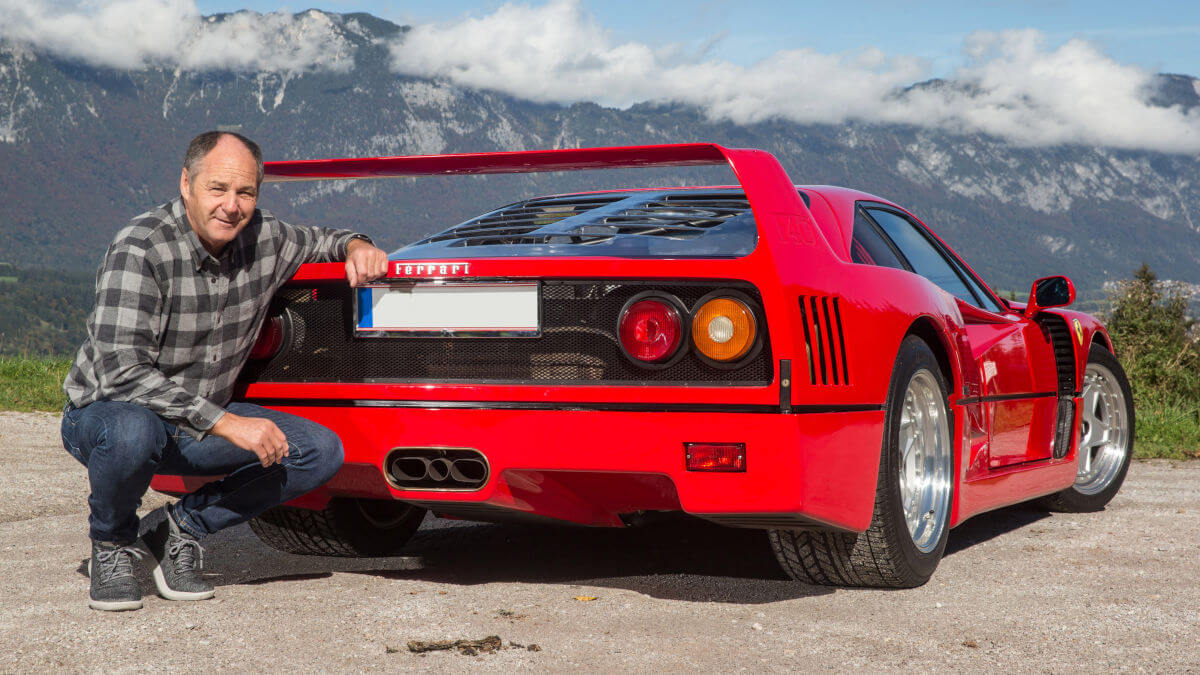 Currently, RM Sotheby’s is offering a 1990 Ferrari F40 as part of their event in London, which has been converted to an online auction due to Corona. This vehicle left the factory in Maranello on March 27, 1990 and was delivered to a Mr. Lebee by the Ferrari dealer Lightspeed S.r.l. in La Spezia, Italy. Mr. Lebee soon had the sports car exported to his home country Singapore, where he rarely drove it. In February 1993 a Japanese collector bought the car. In 2015 the car was on sale at the Retromobile in Paris and shortly afterwards sold to its third owner in Germany, who showed the F40 again at the Retromobile in 2017. He then had a comprehensive service carried out at Penske Sportwagen in Hamburg.

This work included not only the removal of the engine, transmission and fuel tank, but also modifications to the chassis and the installation of new brake components from Brembo. Penske also rebuilt the car to the early non-adjustable suspension. At the end of the day, the bill was around € 80,000. The current owner bought the car in May 2019. Formula 1 fans may remember him well, but he is also still involved in motorsports today. Gerhard Berger drove for many years for teams such as ATS, Arrows, Benetton, Ferrari and McLaren. Today he is responsible for the DTM (Deutsche Tourenwagen Masters) as president of the ITR (Internationale Tourenwagen Rennen e.V.). At the end of last year a Ferrari Classiche certification took place. The online auction will run until 31 October. RM Sotheby’s expects a hammer price between £ 900,000 and £ 1,100,000.