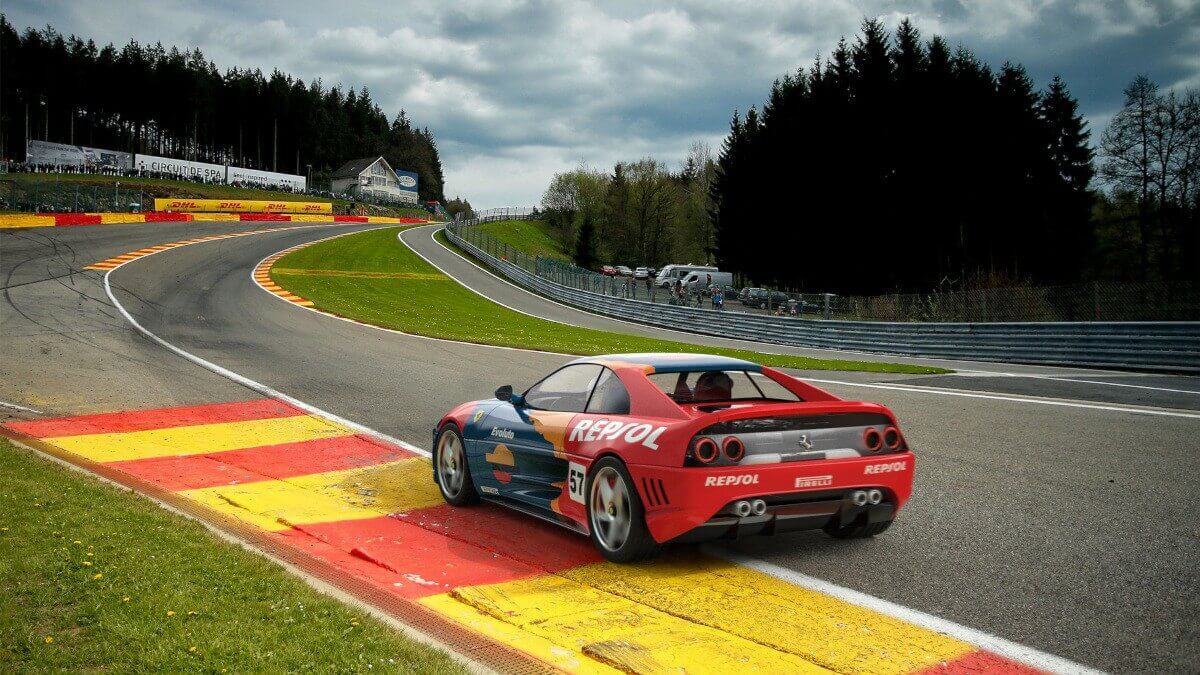 Restomods are becoming increasingly popular. Whether refined Porsche 911s trimmed to the old styling of the G model by companies such as Singer, Kaege or Guntherworks, rebuilt Lancia Delta by Automobili Amos or backdated BMW 1-Series styled like the old 2002 by Everytimer, classic retro design with famous roots in the respective brand history or further developed old cars with modern technology inside find customers all over the world. Evoluto Automobili would like to enter this field now with a modernized Ferrari 348. The base vehicle was built about 8,700 times from 1989 to 1995 in all three body styles. After more than 20 years the search for a good copy with small mileage becomes relatively difficult for interested customers.

Here Evoluto comes into play, who want to develop the 348 into the Primo. So far, this concept exists only in the form of some computer renderings. The 348 was selected specifically as the base vehicle, as it is one of the last Ferrari models before the introduction of the automated F1 transmission and various electronic driving aids. The purchased cars are completely disassembled, restored, improved in detail and finally painted in the customer’s color of choice. Evoluto is deliberately changing some design areas, such as the side air intakes, which are more reminiscent of the successor model 355. The situation is similar with the new front bumper. The fenders are extended by about 30 millimeters on both sides to accomodate larger tires. The rear view is also modified with a wide air outlet grille around the four round LED taillights. 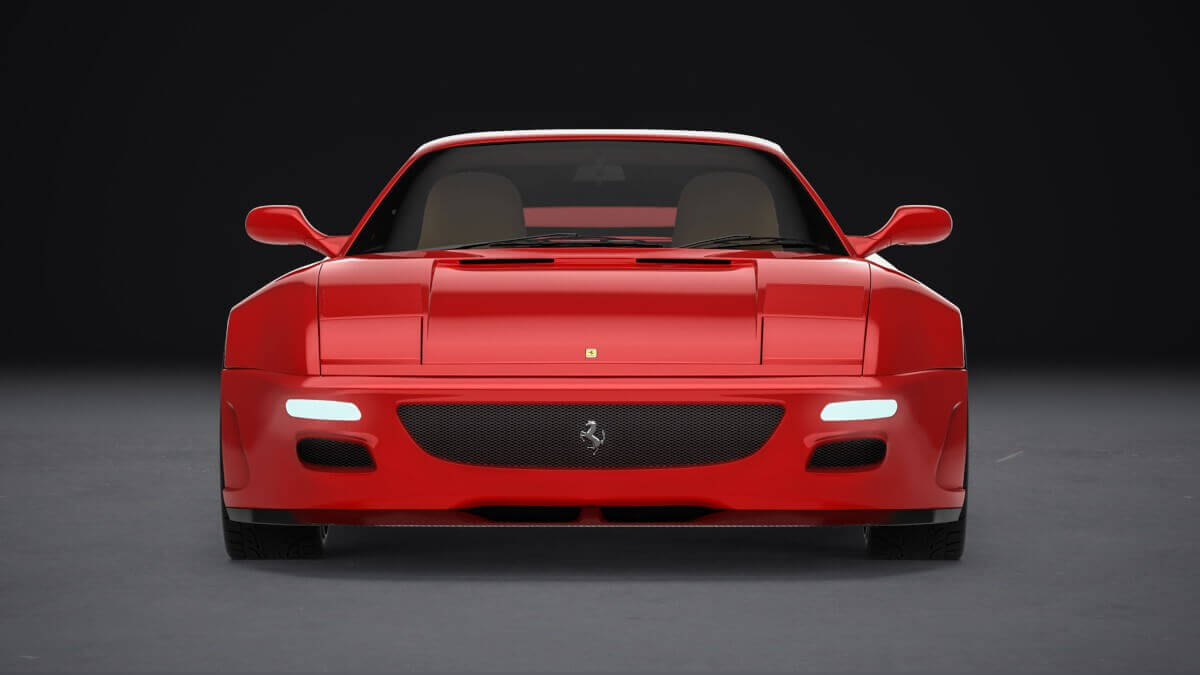 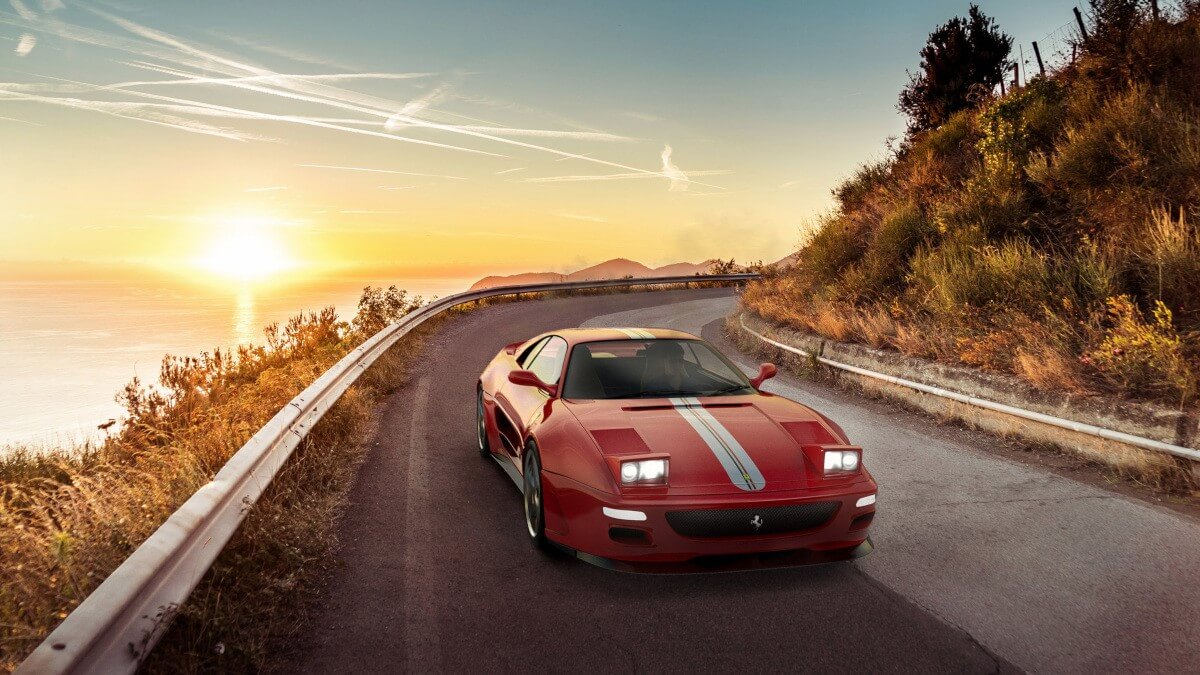 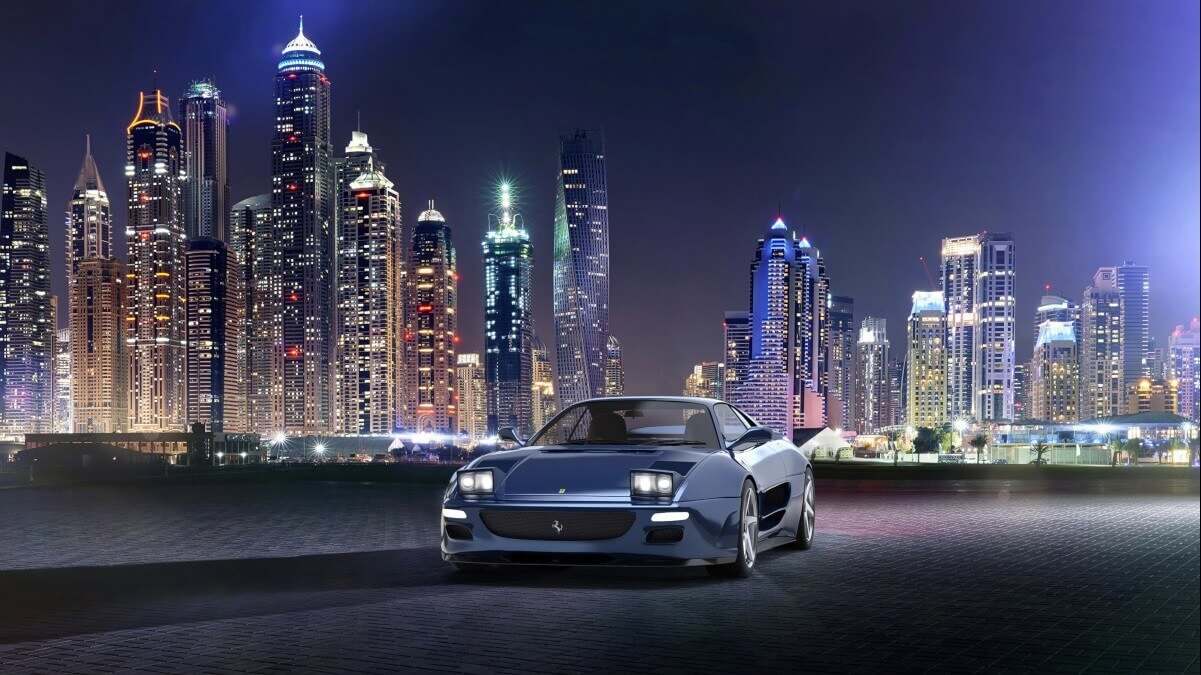 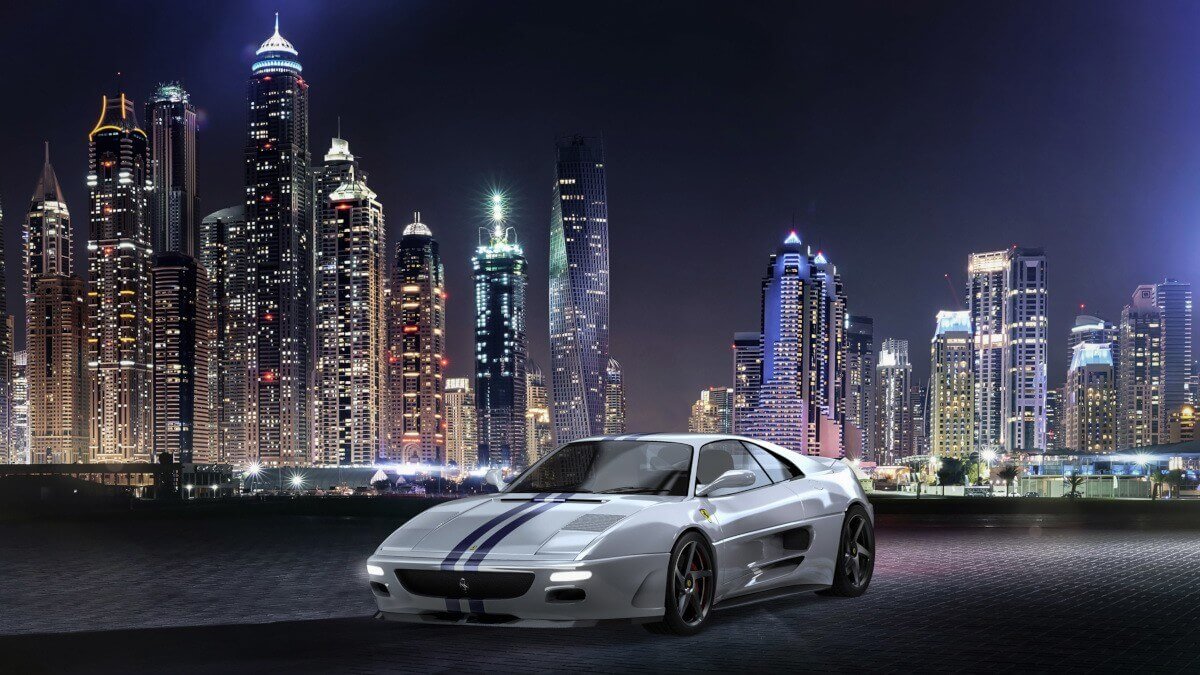 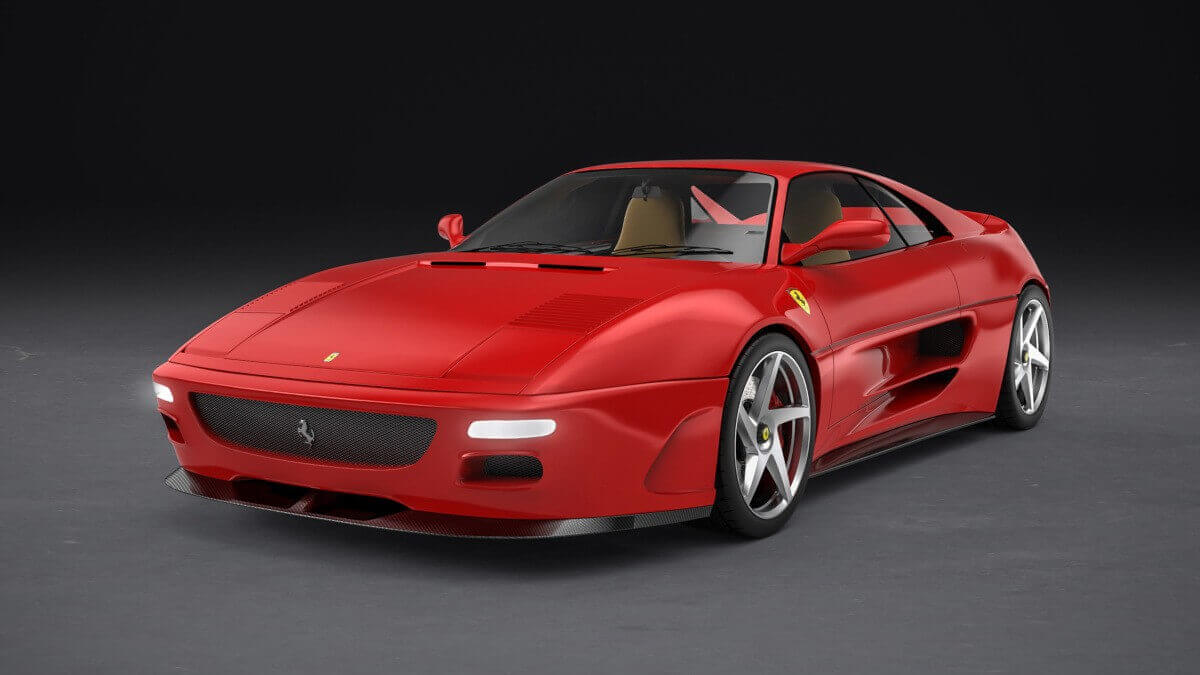 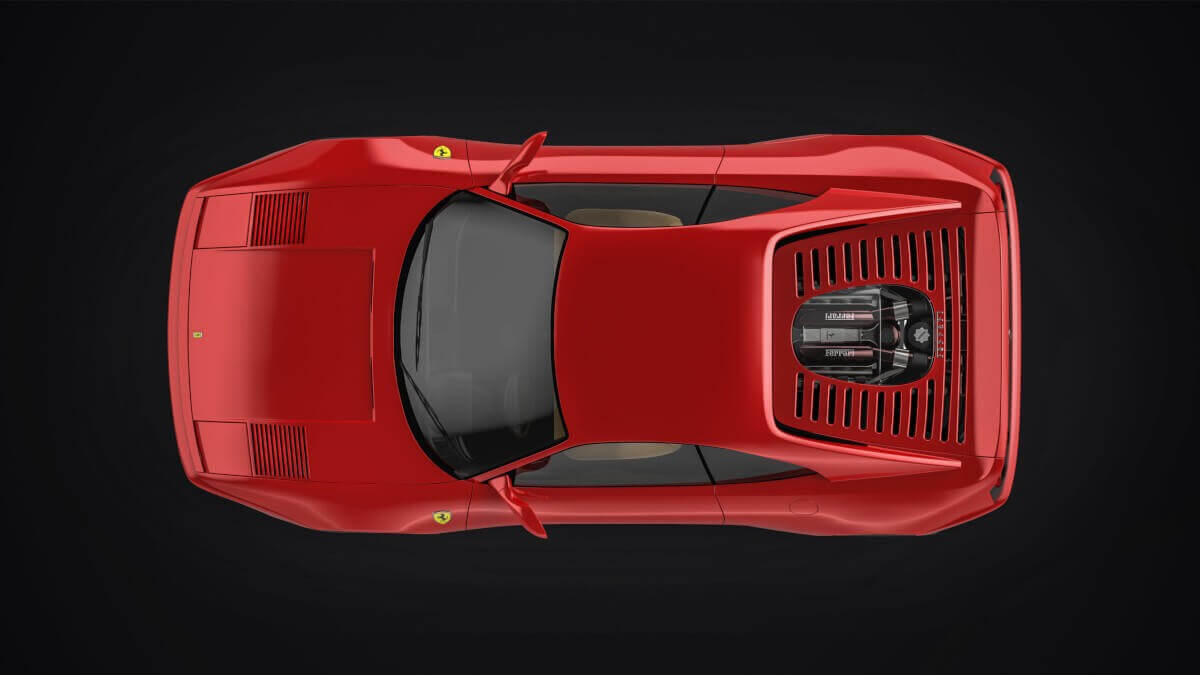 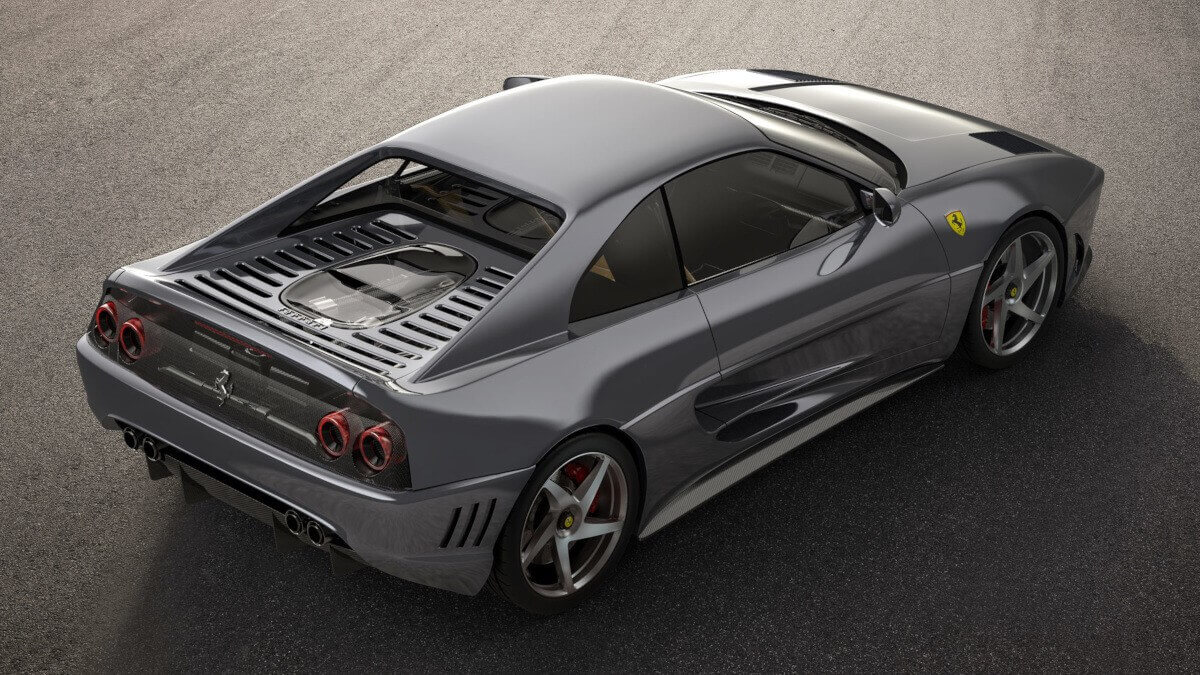 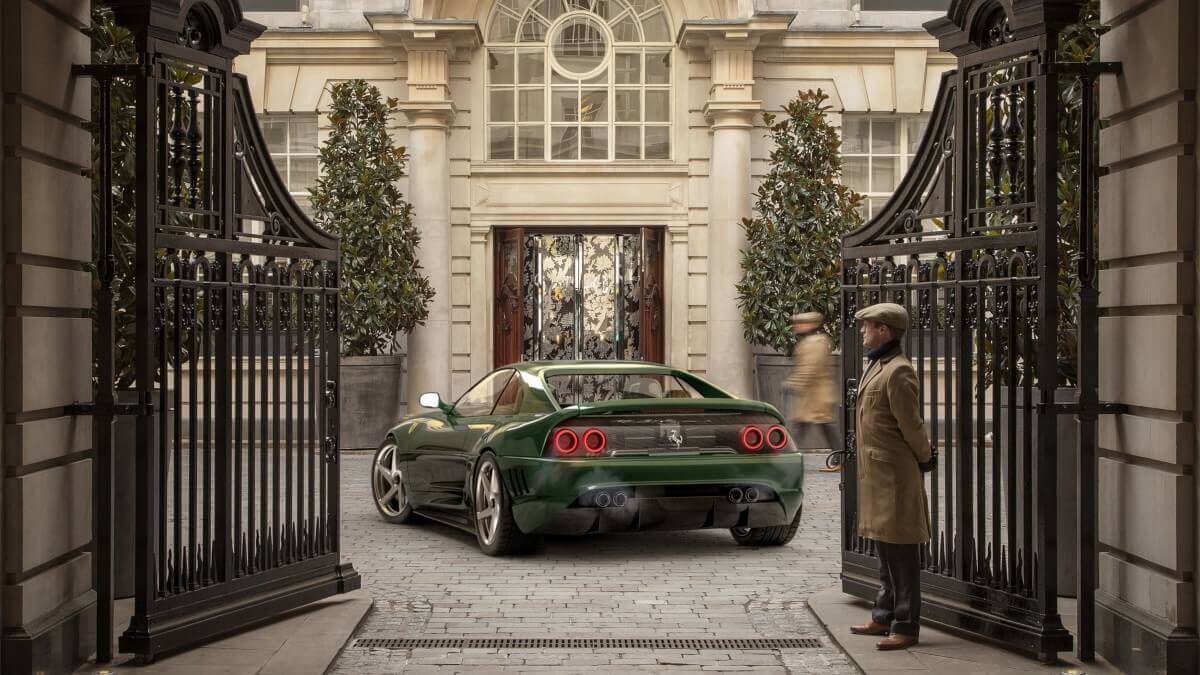 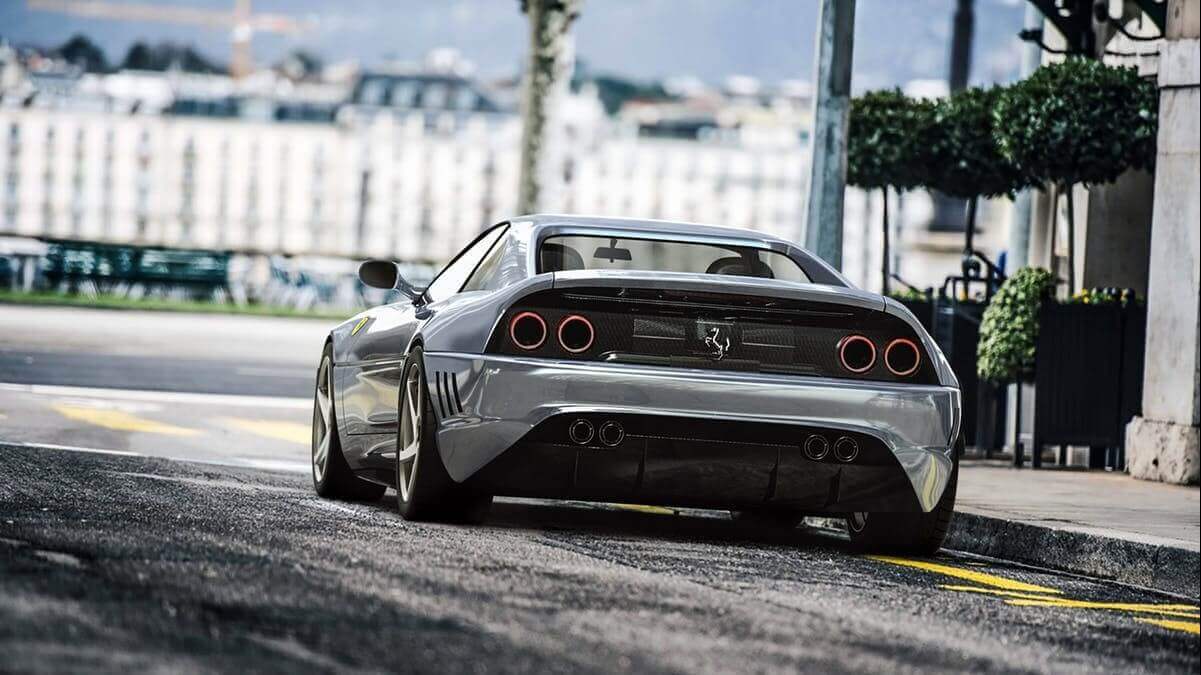 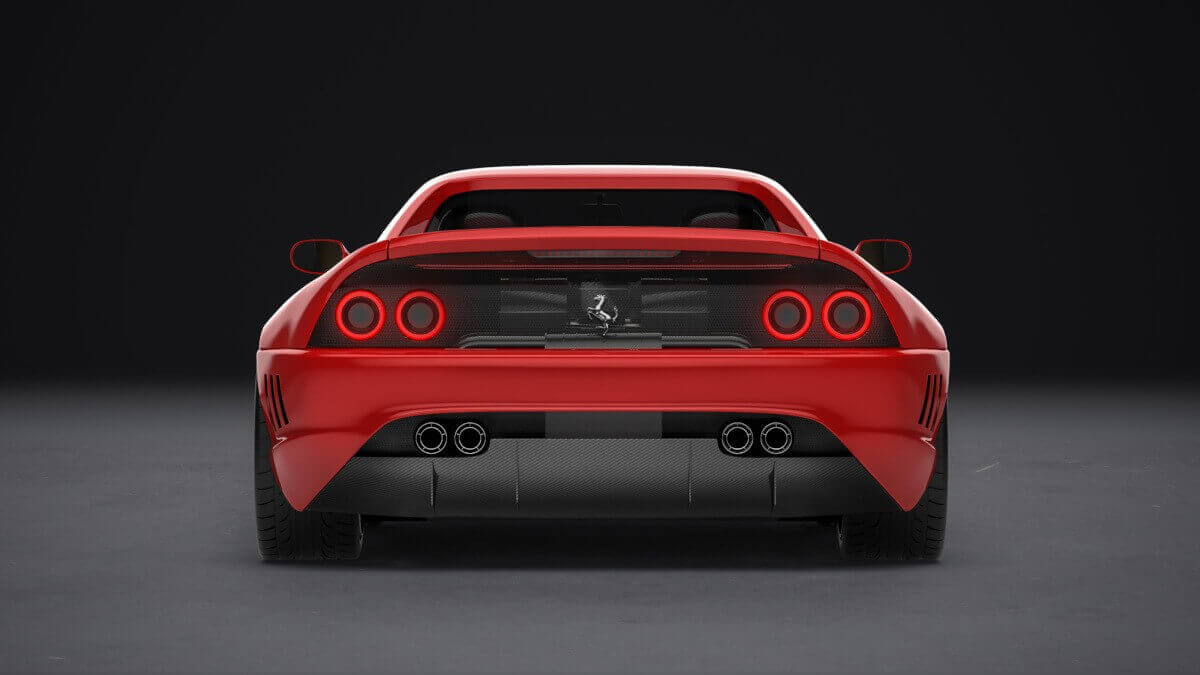 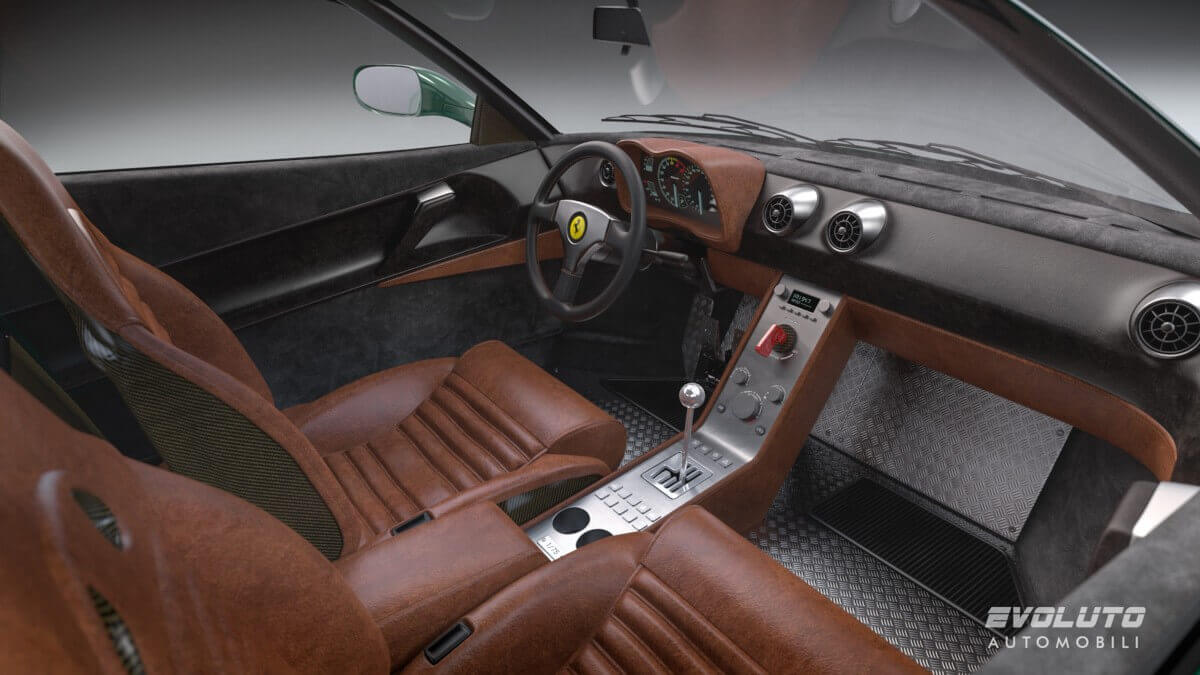 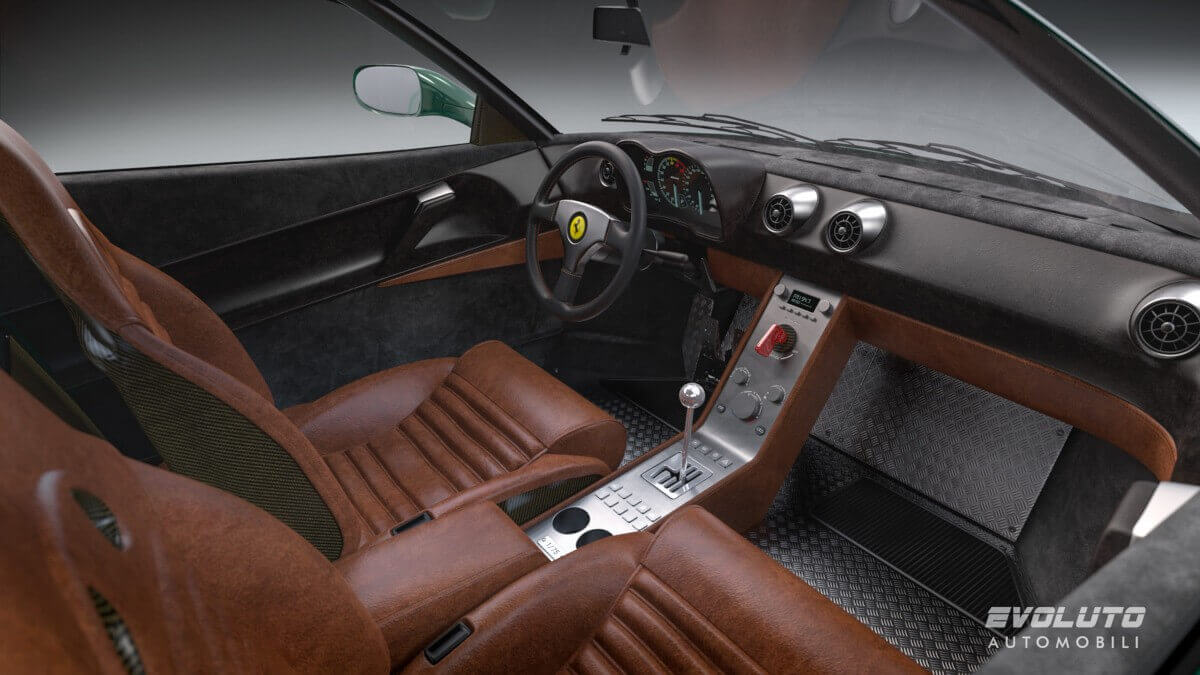 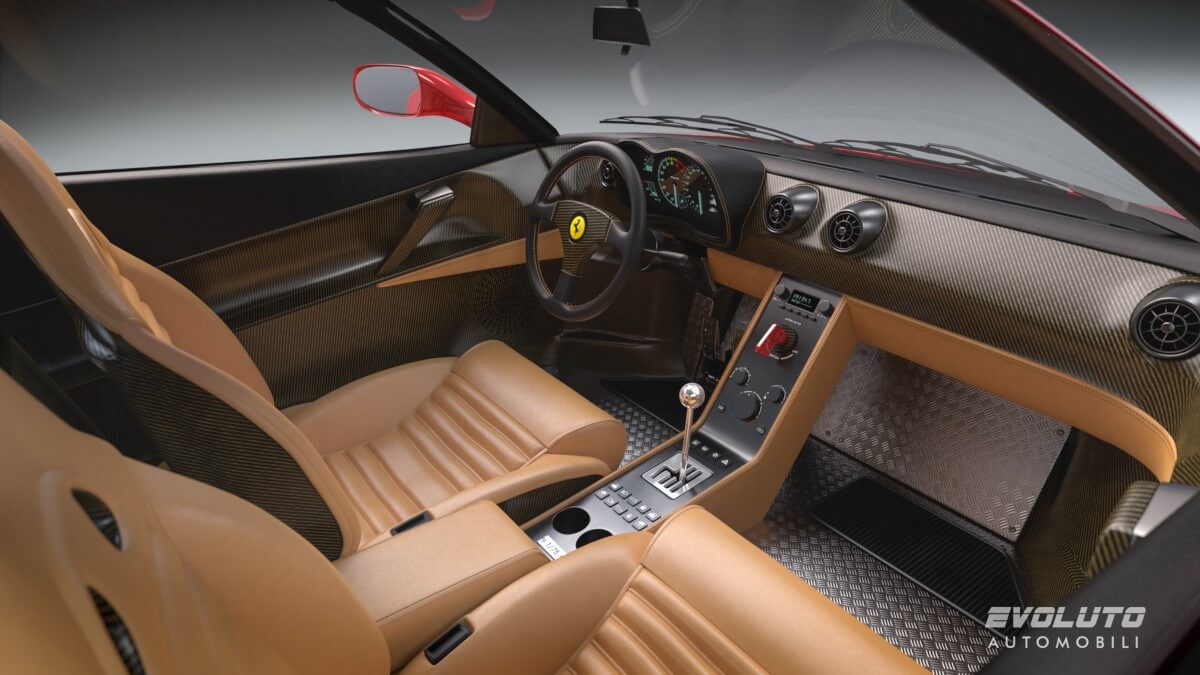 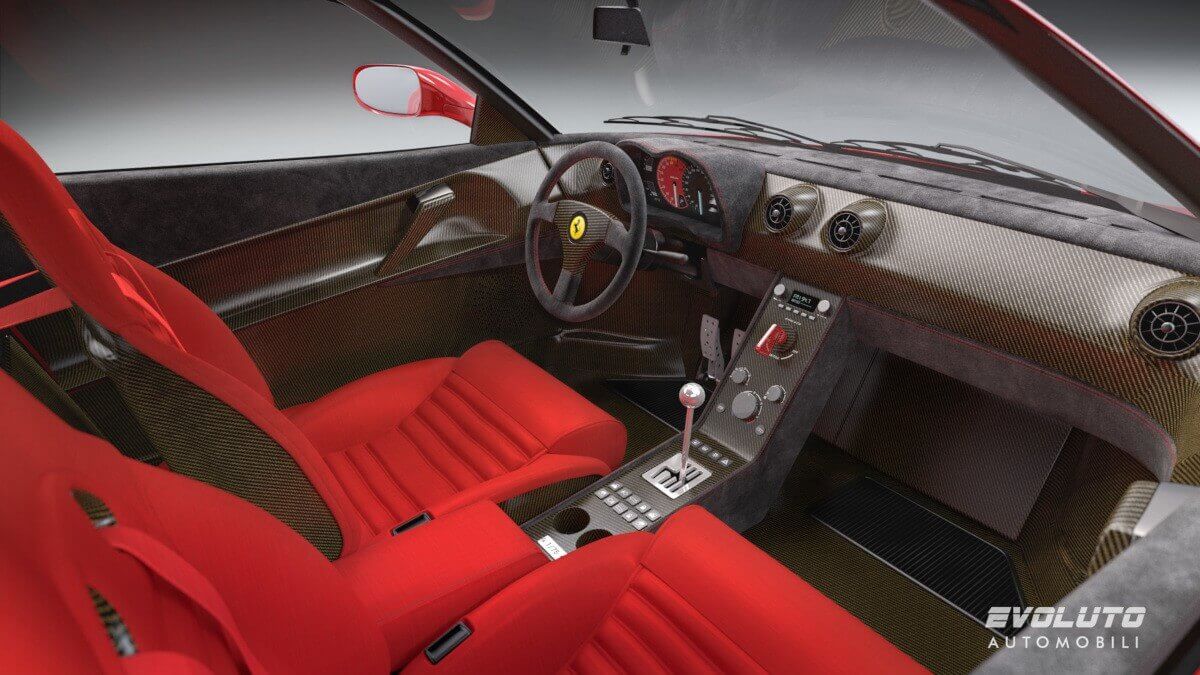 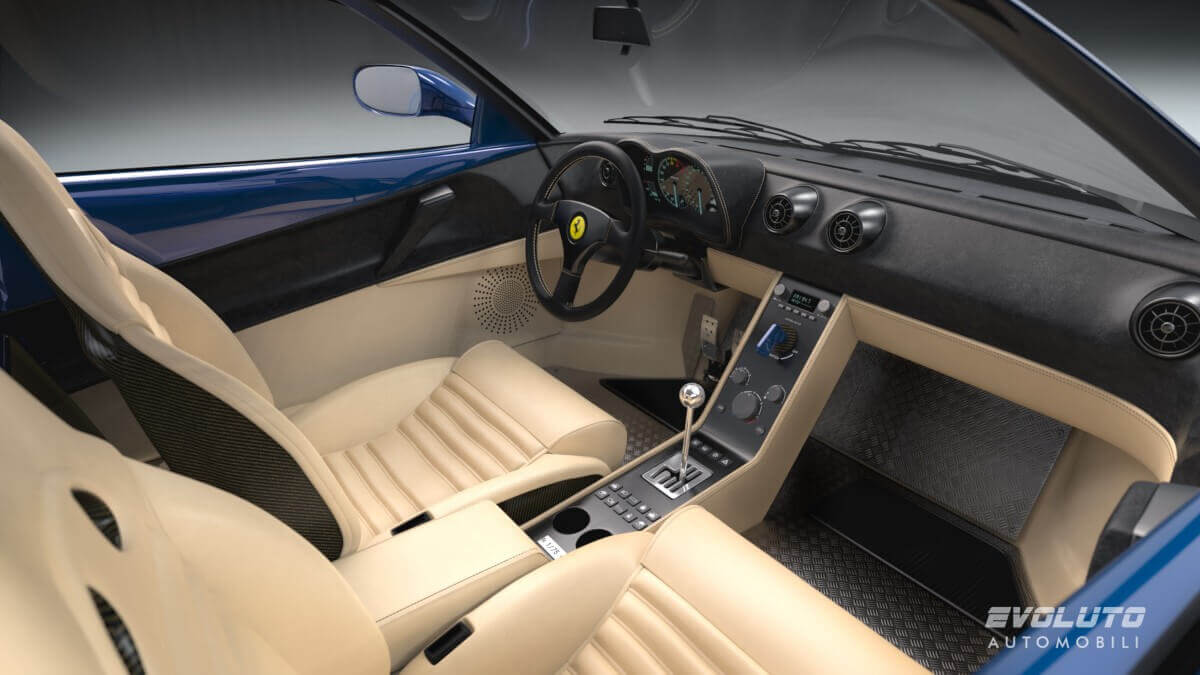 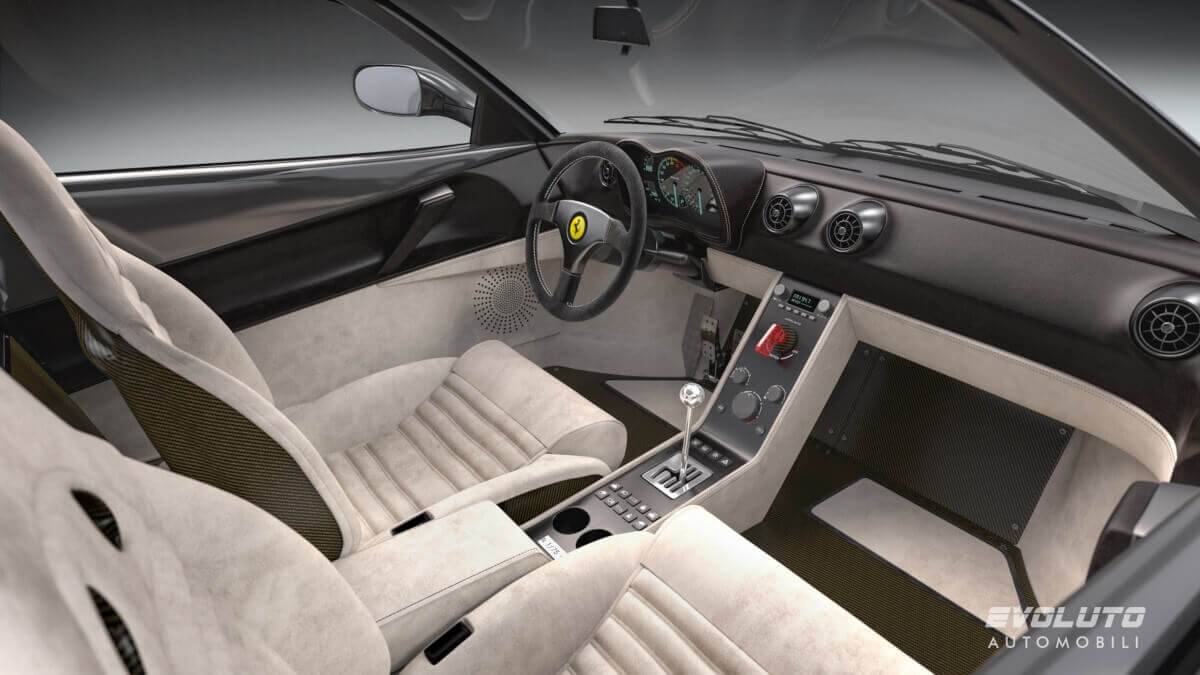 Behind the passengers Evoluto mounts the more modern V8 engine from the Ferrari F360 Modena. The 3.6 liters of displacement deliver about 500 hp by the means of classic tuning, which helps the Primo to completely new driving dynamics. After all, the 348 originally had a maximum of 320 hp available ex works. This power is transmitted via a manual six-speed gearbox to the rear axle. Inside the gearlever sits on the chromed, typically open Ferrari shifting pattern on the center tunnel. Thanks to state-of-the-art materials, Evoluto also promises weight savings of more than 300 kilograms compared to the base vehicle.

In addition to the bodywork, Evoluto Automobili also refines the interior. A new dashboard made of carbon fiber includes the ventilation nozzles and returns visually seamlessly into the also modified door panels. Behind the three-spoke sports steering wheel are three analog instruments, while on the center console only a few switches and buttons are mounted. Most notably is the large emergency stop button centrally below the fully integrated radio. In total, a maximum of 59 Ferrari 348 will be converted into the Evoluto Primo. First copies are already under construction. The price starts at £ 465,000.