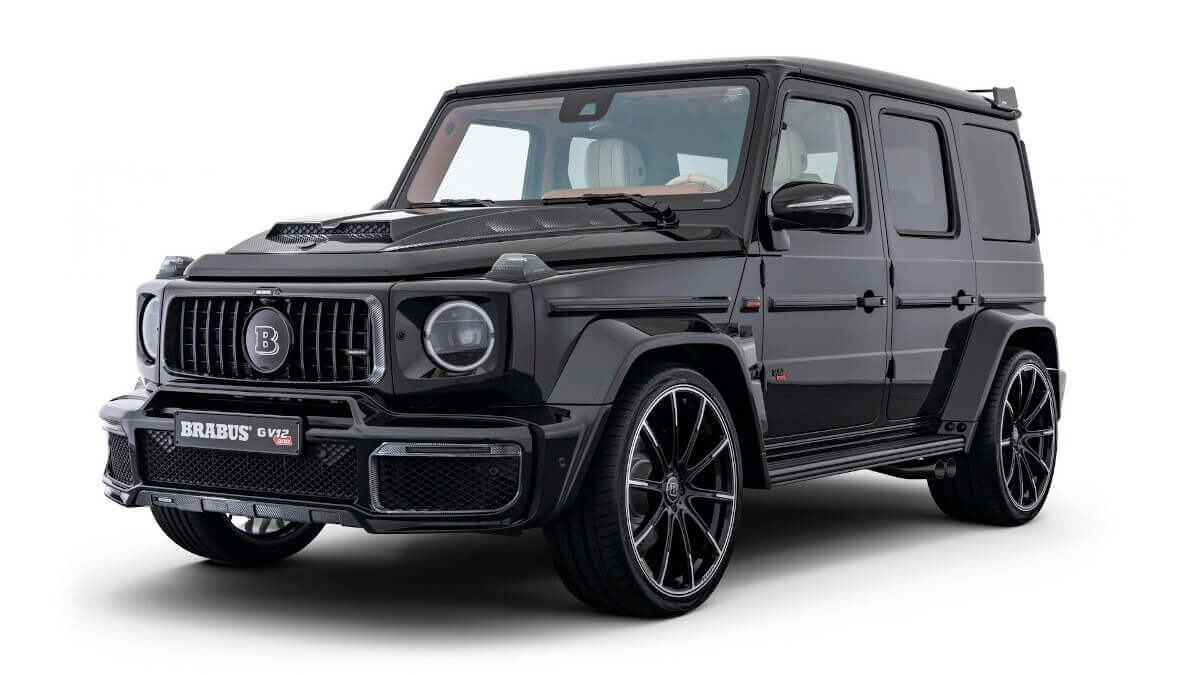 Brabus is one of the few manufacturers to have remained faithful to the IAA (Frankfurt Motor Show) this year. However, their stand was surprisingly relocated to Hall 4.0, which was organised by operators of Motorworld under the motto ‘IAA Heritage’ specially for classic cars. In addition to some vehicles from their in-house restoration department Brabus Classic, the tuning company from Bottrop/Germany also shows a few innovations. The largest enclosed space is undoubtedly occupied by three converted G-Class vehicles. The new top model is the G V12 900 One of Ten, whose name already anticipates that there will only be ten units worldwide. While in the normal model program of Mercedes-Benz and Mercedes-AMG the twelve-cylinder engine is currently being slowly retired (see the S 65 Final Edition from the Geneva Motor Show at the beginning of the year), Brabus decided to transplant exactly this engine into the G-Class (W463A). For the first time such an operation was carried out on the predecessor model in 2004.

Only a few readers might be surprised that the tuning company didn’t just leave it at a standard engine from the Mercedes-Benz S 600 L, but turned a few screws themselves. The displacement was increased from six to 6.3 liters by a new crankshaft with longer stroke milled from solid material and finely balanced, larger cylinder bores and own pistons and connecting rods. New turbochargers increase the power output from 390 kW/530 hp to 662 kW/900 hp and maximum torque to 1,500 newtonmeters, which are electronically limited to 1,200 newtonmeters in the vehicle. These meet a finely tuned nine-speed automatic and accelerate the off-road colossus from a standstill to 100 kph (62 mph) in 3.8 seconds. Brabus electronically limits the topspeed to 280 kph (174 mph) out of consideration for the tires. This makes the G V12 900 One of Ten the fastest G-Class ever. 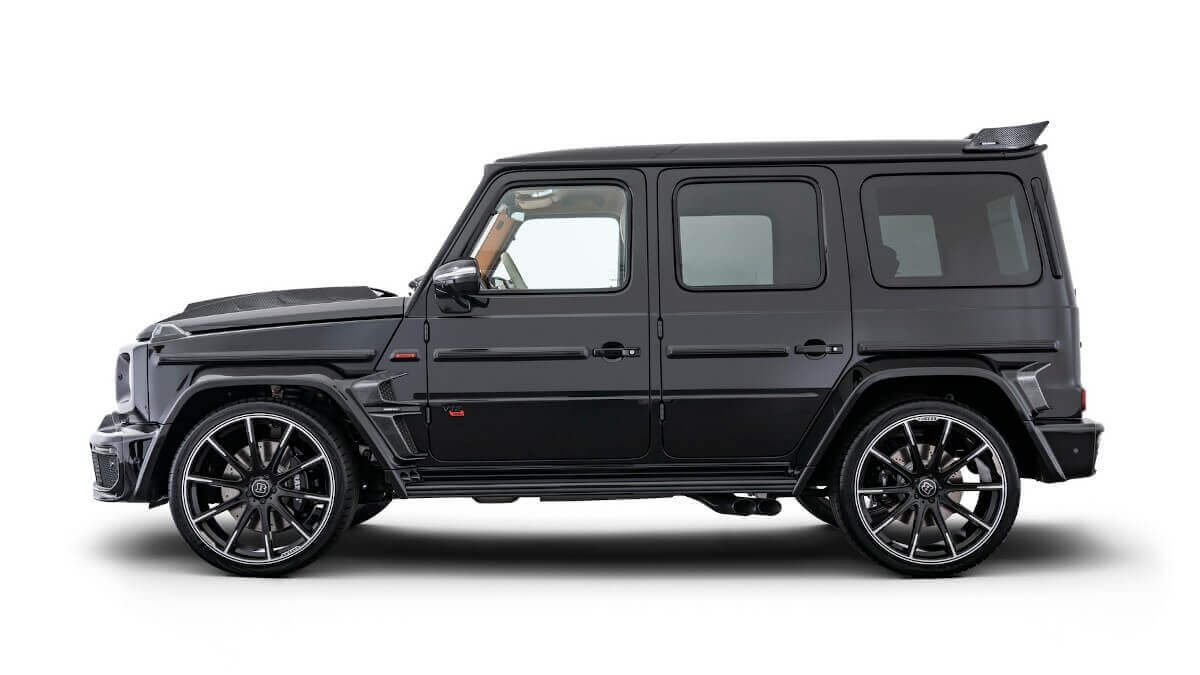 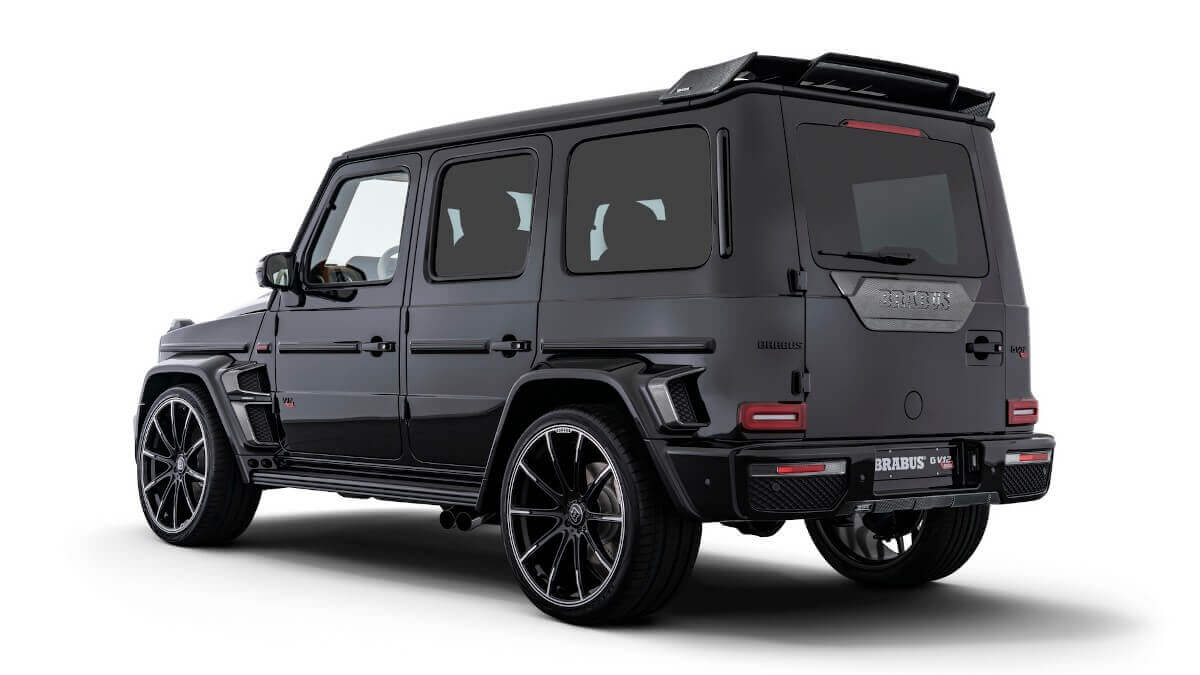 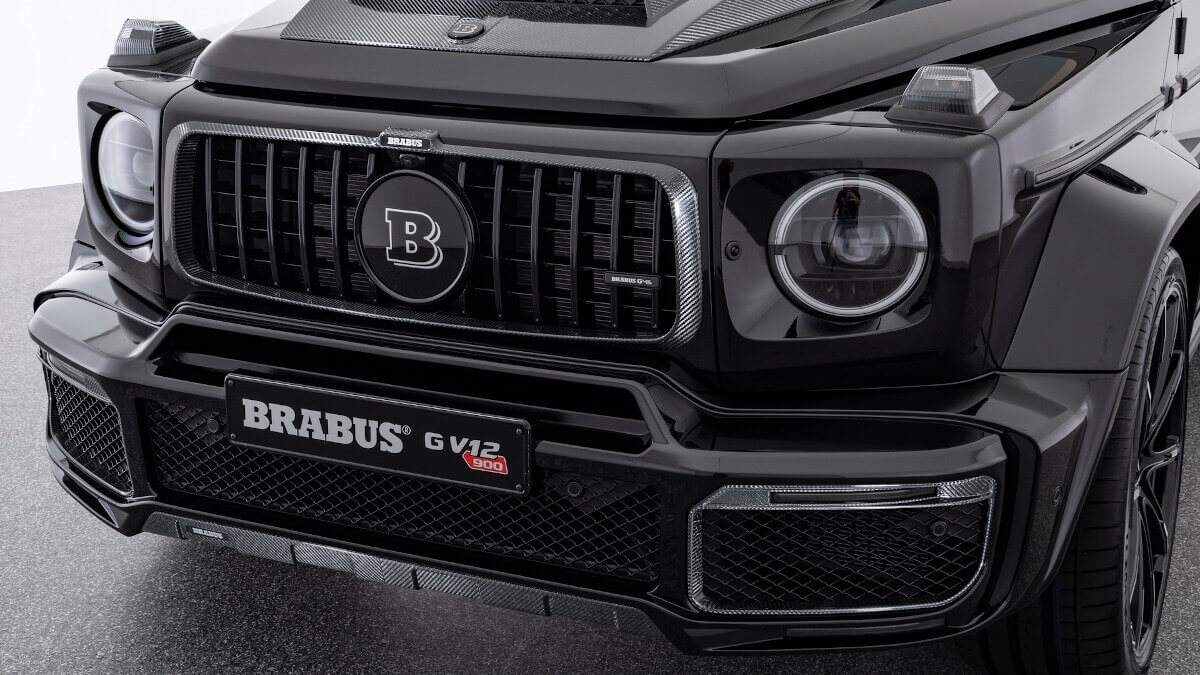 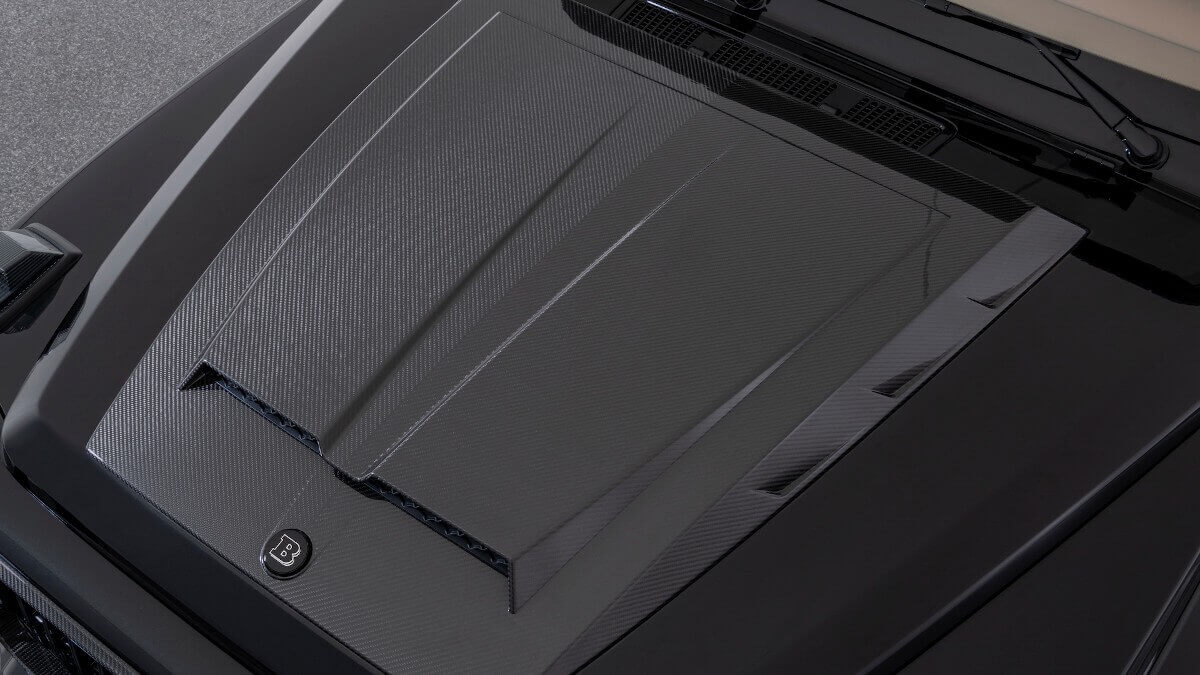 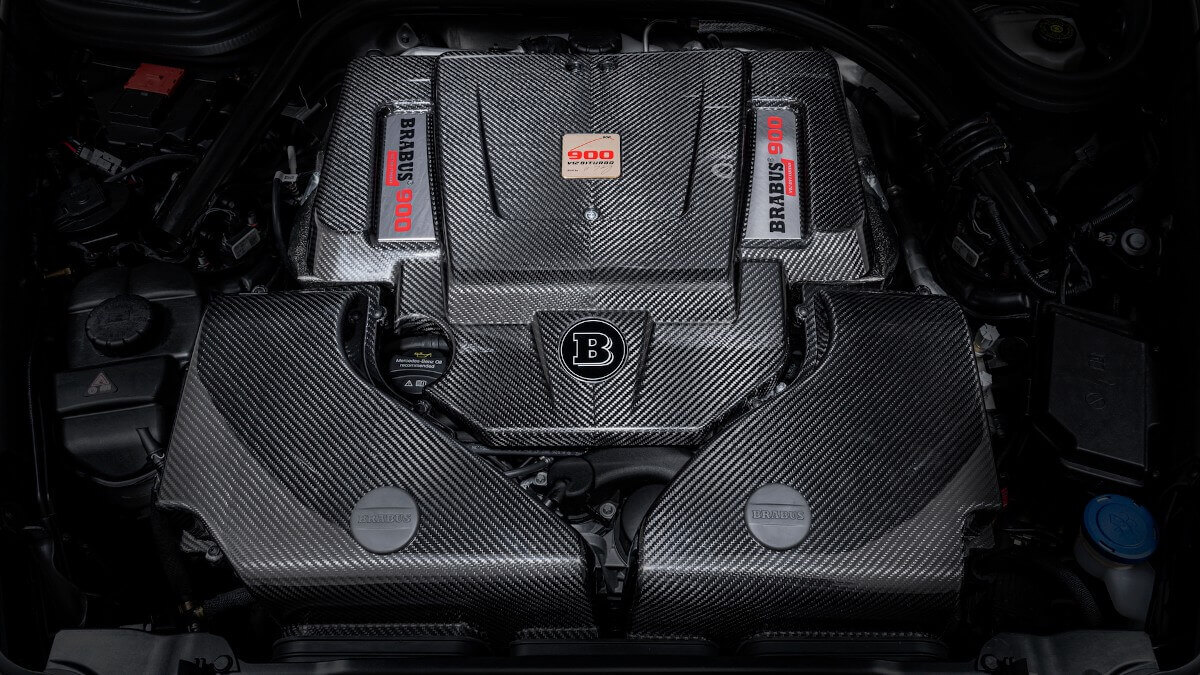 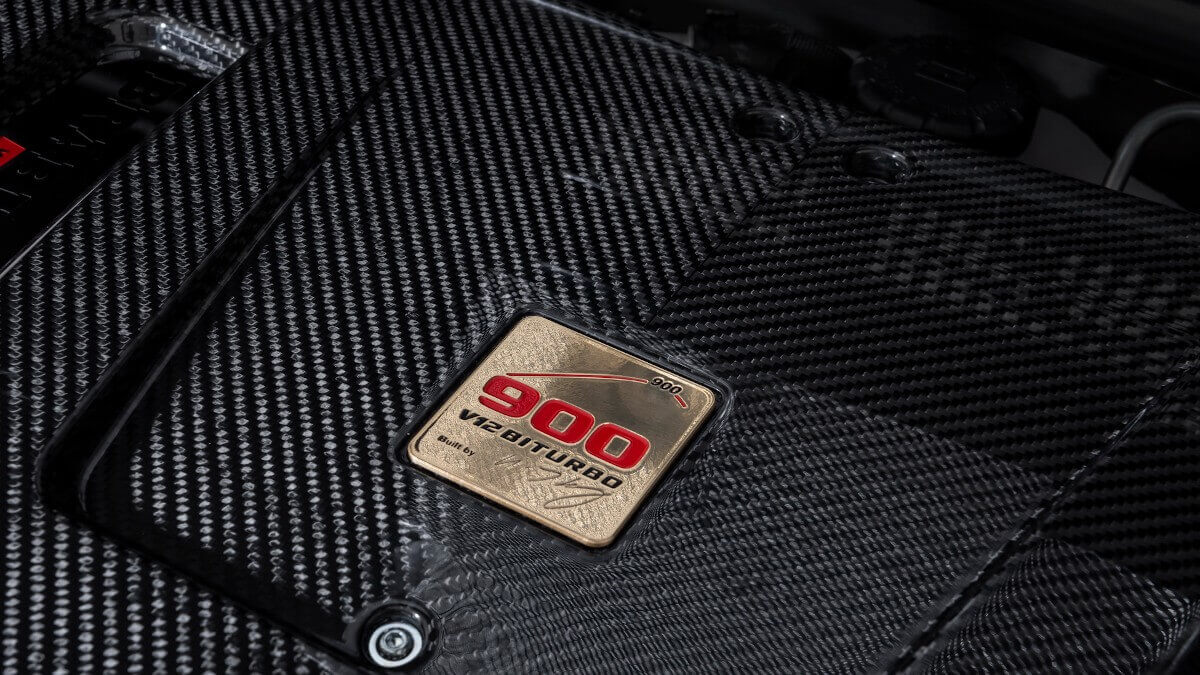 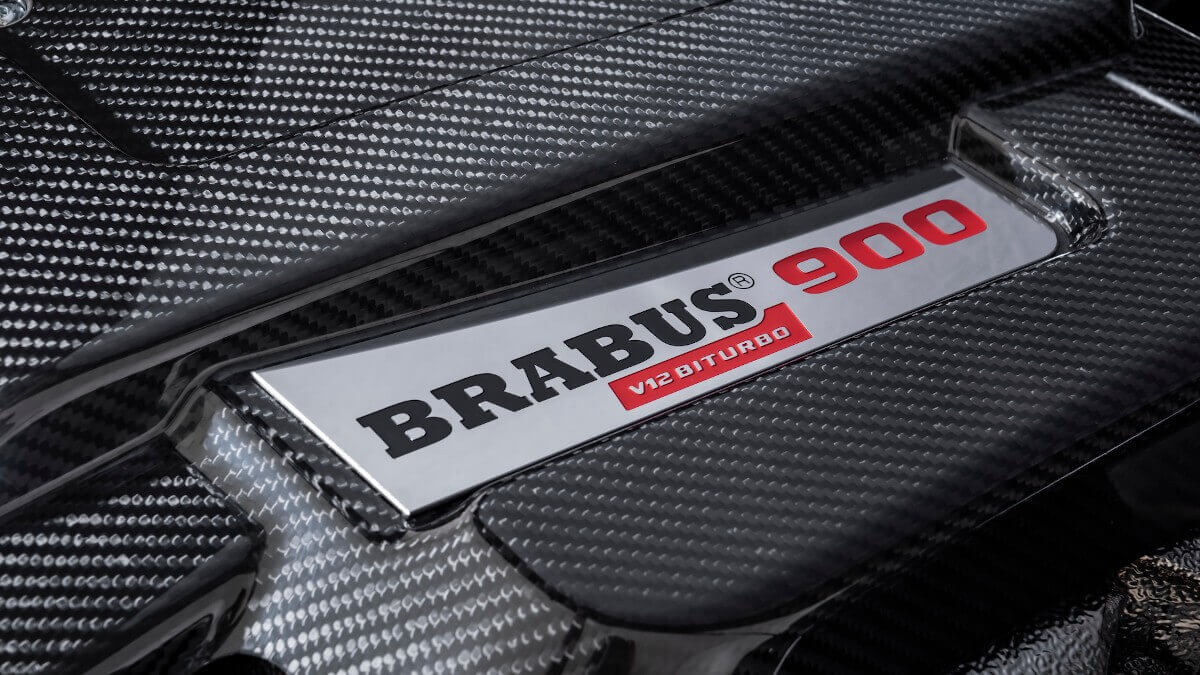 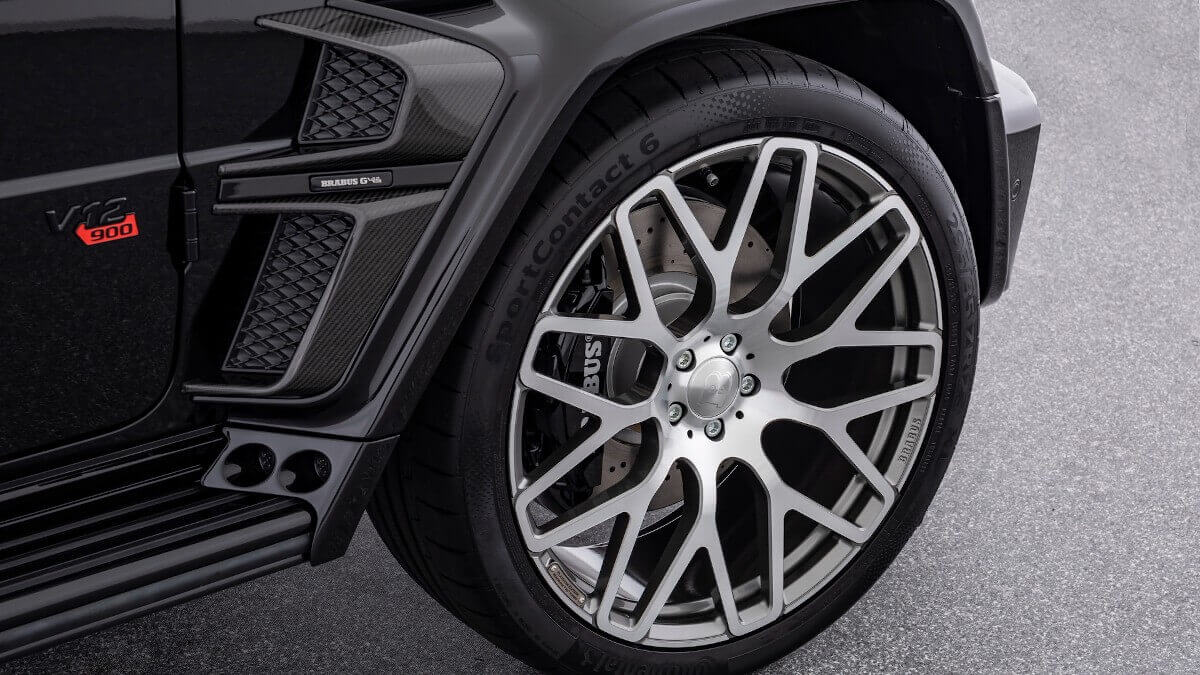 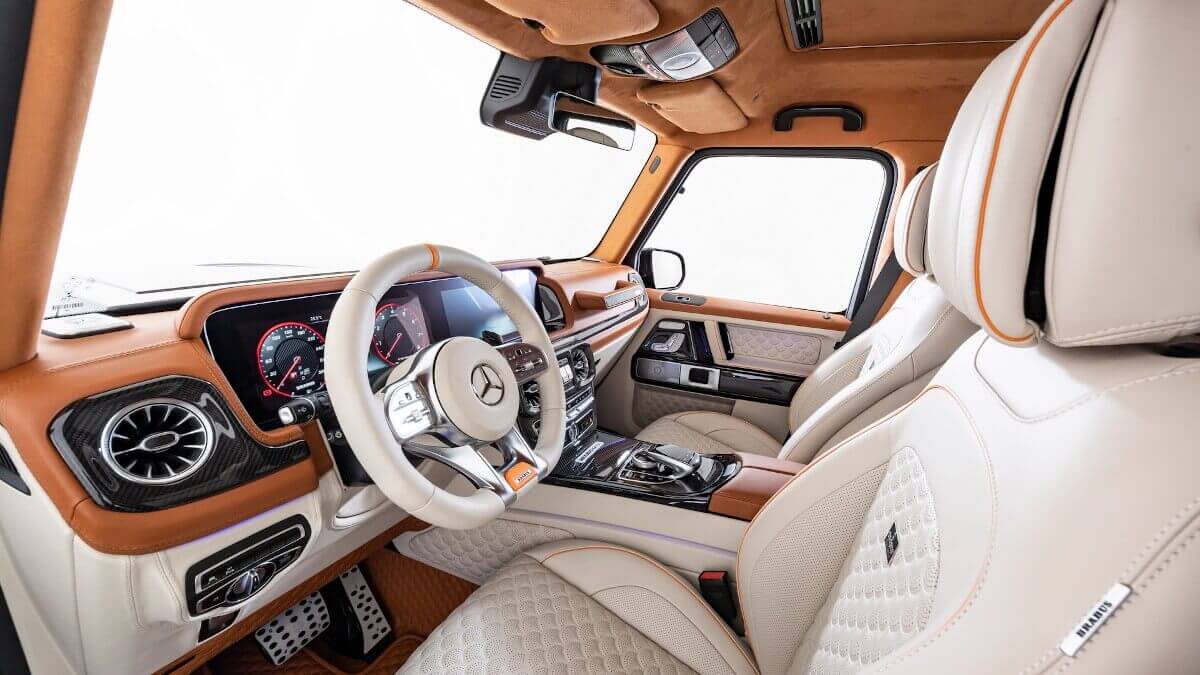 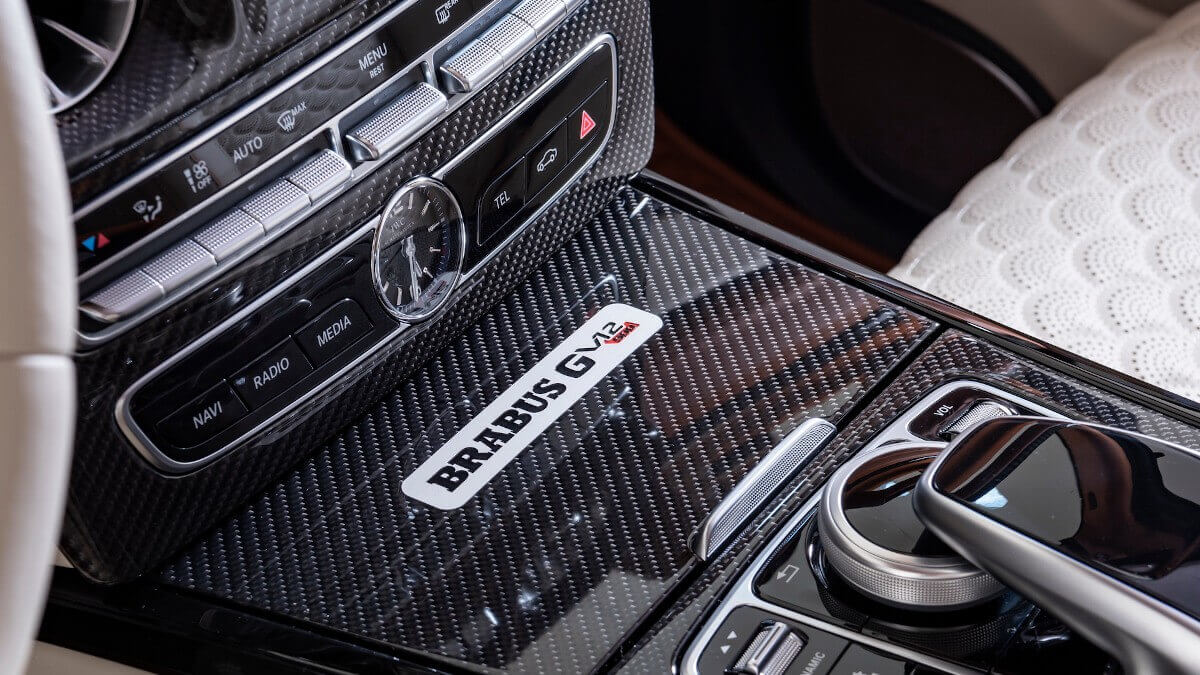 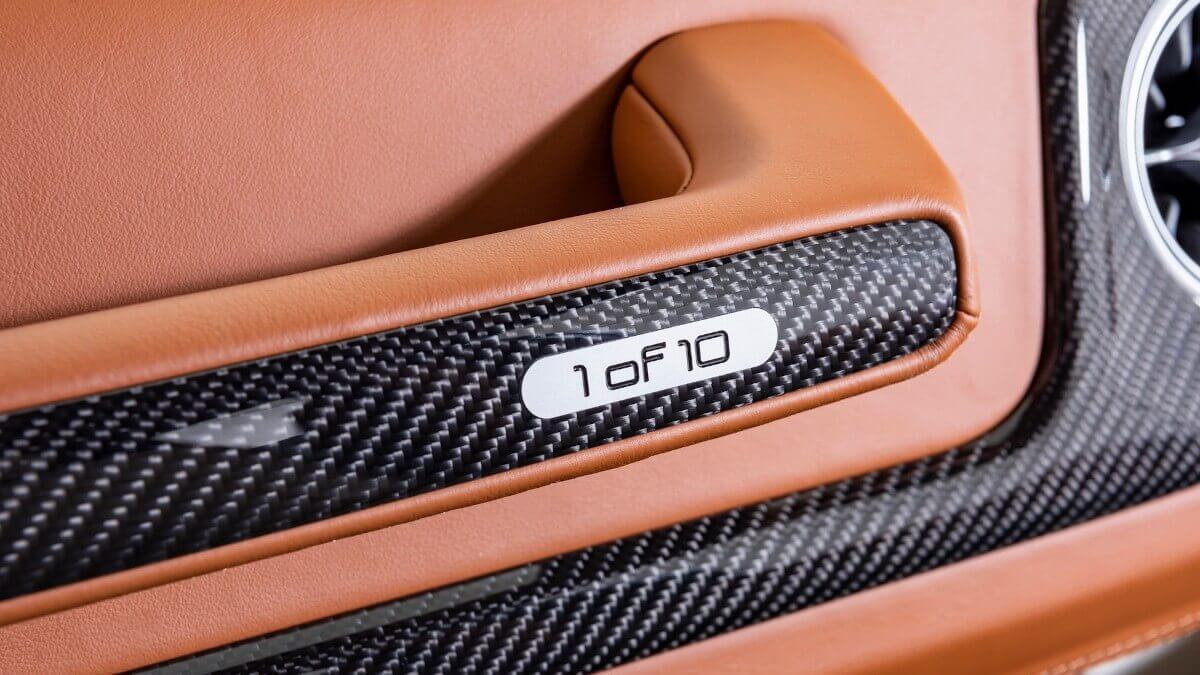 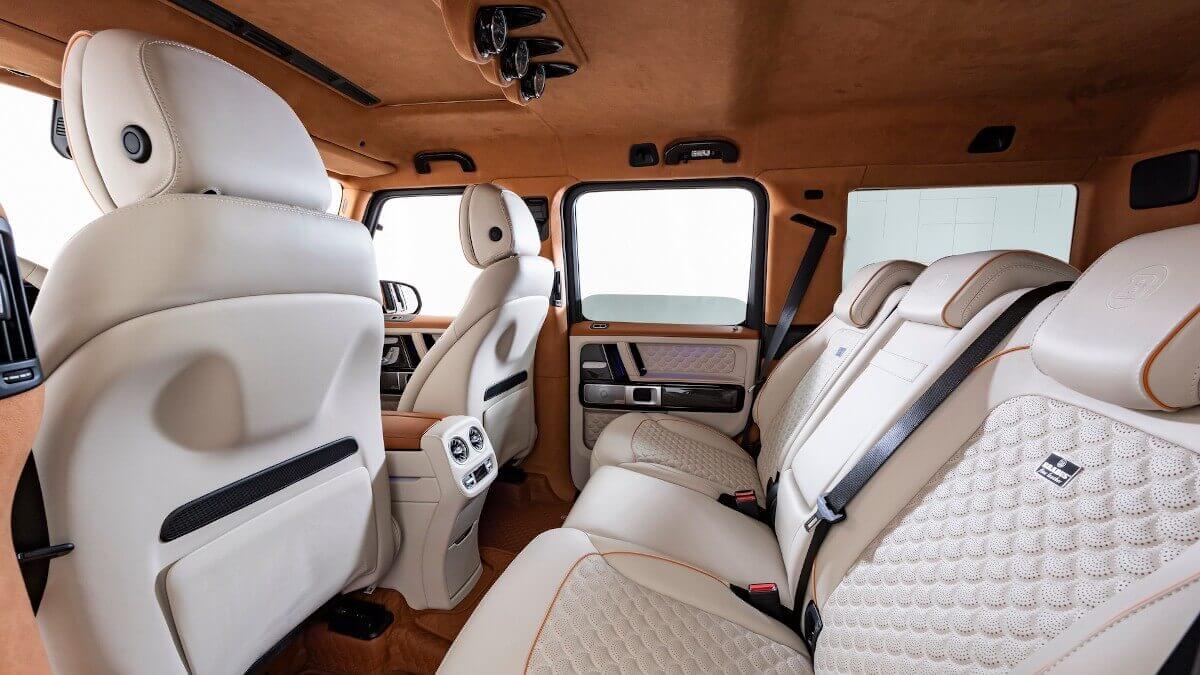 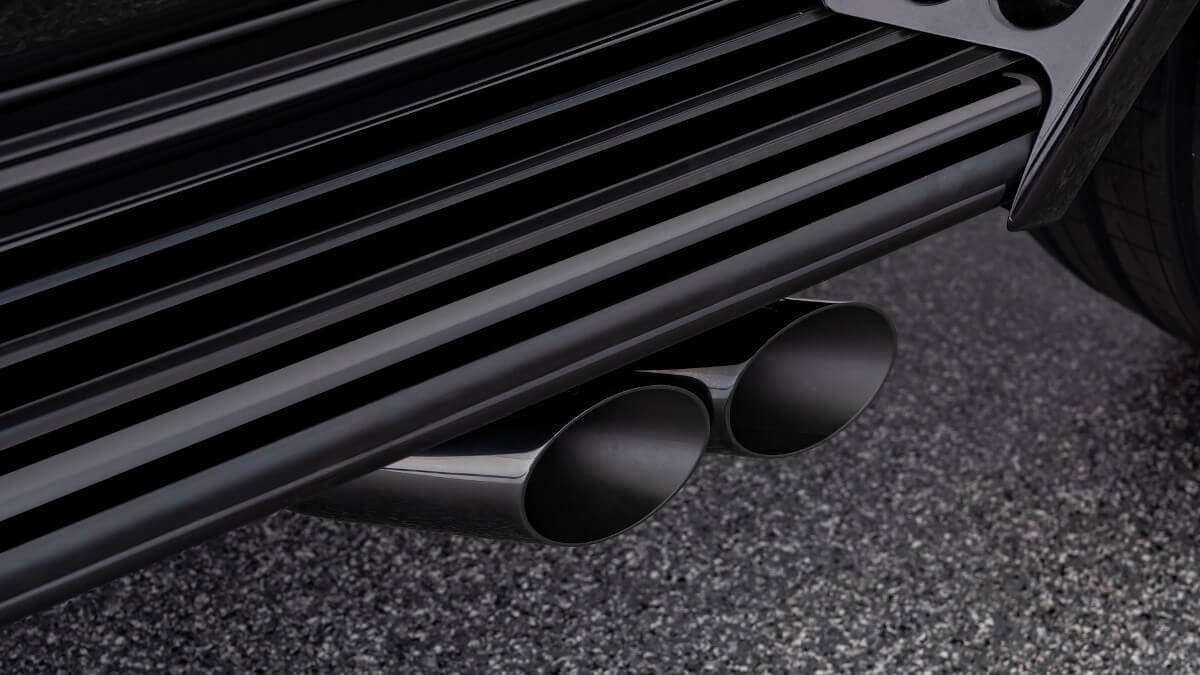 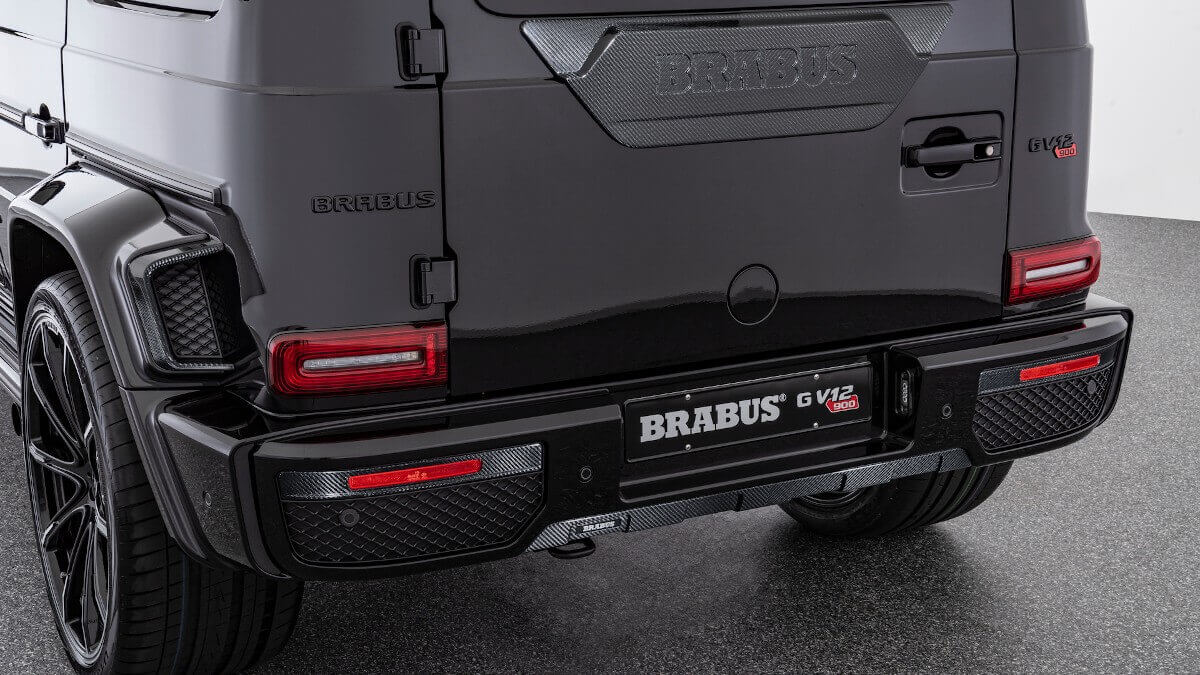 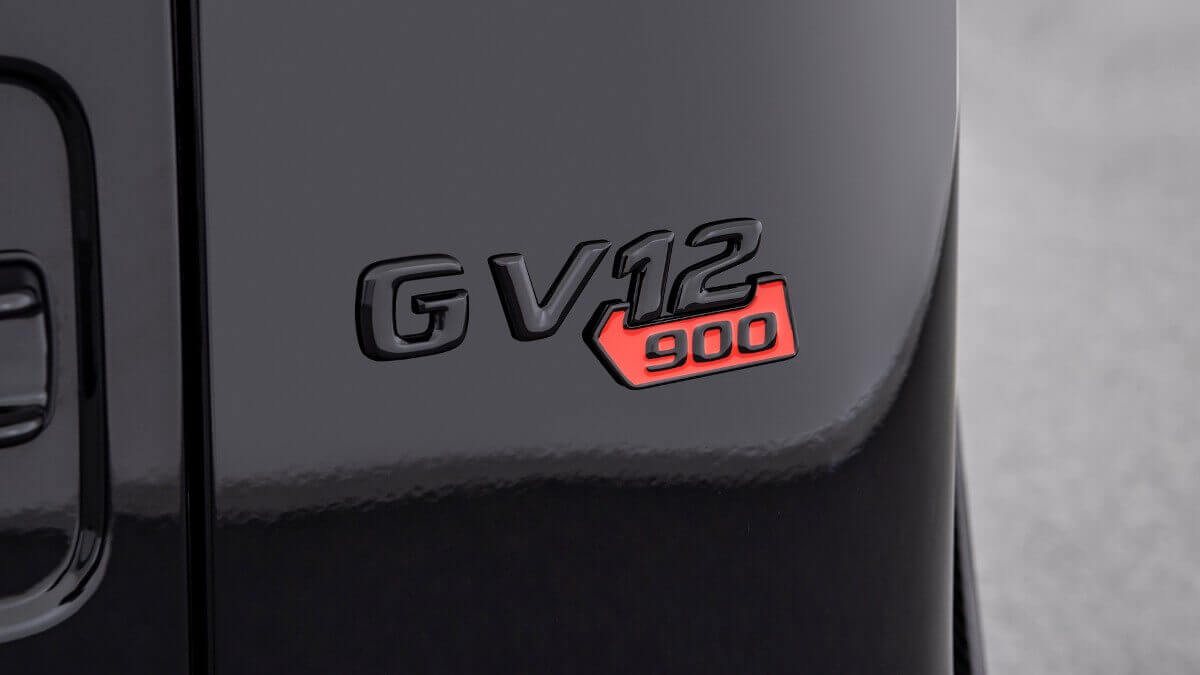 Using the Widestar body parts, which are also available for normal G-Class customers, Brabus optically widens the car by ten centimeters and at the same time creates space in the wheel arches for alloy wheels in 23 or even 24 inches. These are suspended from the electronically adjustable ‘Dynamic Ride Control’ chassis with a wider track. In front of the rear wheels, the exhaust tailpipes come out as sidepipes below the rear doors. On the bonnet there is a visible carbon hood with two power domes, air outlets of the same finish are shown behind the front wheels and a cover plate is mounted at the rear instead of the standard spare wheel. LEDs in the attachments parts between mudguards and footboards illuminate the latter at night, making it easier to get in and out of the car. In addition to the sportiert bumpers, Brabus has also installed a roof spoiler on the G V12 900 One of Ten and painted all chrome parts of the presentation car for in IAA in body color.

Inside, the show car features fine leather trim from Brabus’s own saddlery in ‘saddle brown’ and ‘porcelain’ with orange piping. The seat center panels feature quilted seams in shell design and perforations backed with orange fabric. The glove box, the storage compartment in the center console and the boot show orange leather. In addition, there is a roof lining in black Alcantara with three analogue instruments for the rear passengers as well as bare carbon decor trim. Naturally, the following nine customers have a free choice of materials and color combinations. It is only important for them that their bank account is covered with at least 720,015.45 euros in order to be able to settle the subsequent invoice.