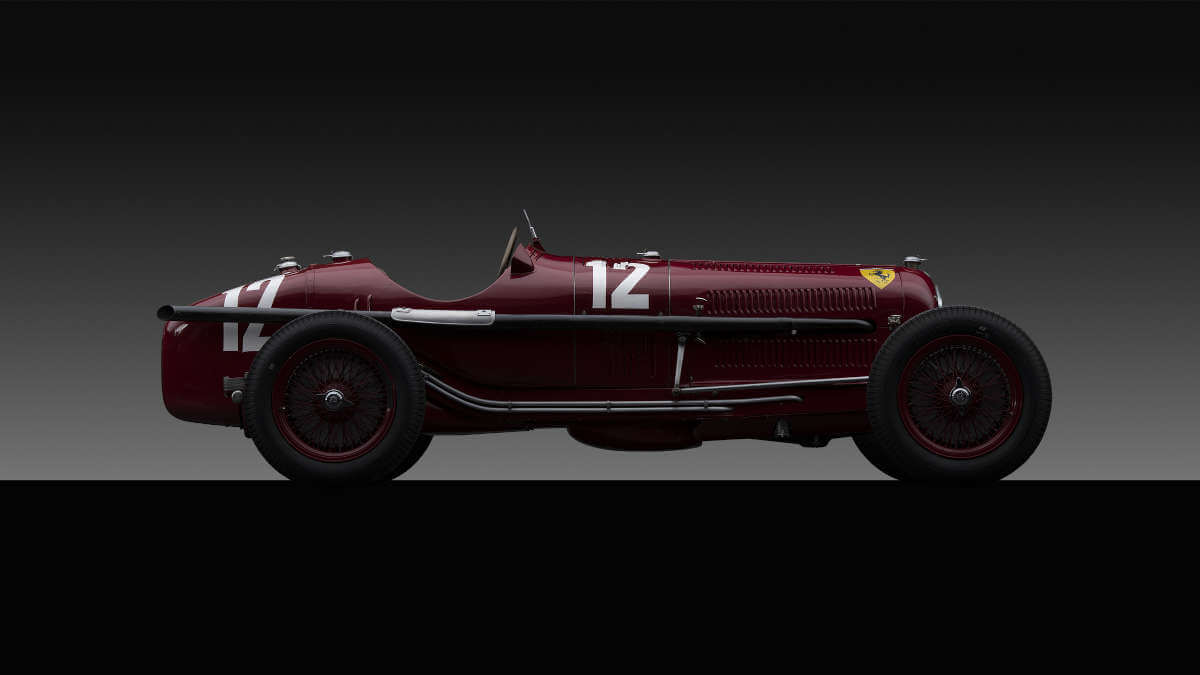 Racing isn’t always fair. It also isn’t predictable. This was the case last weekend in Abu Dhabi, but also many times before in history. A good example happened in 1935 at the Nürburgring in Germany, where the silver arrows of Mercedes-Benz and Auto Union were beaten by an underdog from Italy. The Alfa Romeo Tipo B P3 was already three years old, but still competitive.

In 1891 Vittorio Jano was born in San Giorgio Canavese, in Piedmont, to Hungarian immigrants, who arrived in Italy several years earlier. His father became the technician director of one of Turin’s two arsenals. Here we find the early influence of Vittorio’s life which lead him towards technical design. A design that would reshape and impact the racing world for years.

True innovators never stand alone, many times it is a chance to encounter that reshapes the world. At the time it doesn’t appear to be significant until it is played out in its entirety. We only realize or understand how this innovation or powerful force came to be when we look back through the lens of history.

Jano followed his father and studied engineering at Instituto Professionale Operaio in Turin. His first employment was as a draftsman for Rapid, a car and truck company. He joined Fiat in 1911 at the age of 20 and by the age of 30 he was head of the design team. At Fiat, Jano met a young factory driver named Enzo. Over time this meeting turned into a life long friendship and made them into legends of the motorsport world. It was Enzo who recommended Jano to Alfa Romeo, who was attempting to raise their profile by becoming a successful name on the track. Enzo’s and Alfa Romeo’s bet paid off big time.

History has a way of repeating itself. The German Grand Prix of 1935 took place at the Nürburgring and had gone down as the greatest upset in racing history. It took place on July 28th. It was a dreary, rainy day, the Auto Union and the silver arrows of Mercedes-Benz were all but certain of success. They had a massive budget, the most advanced materials plus a 100 horsepower advantage over its rivals. It was to be a glorious day for the 300,000 spectators that were in attendance, including many Nazi officials and Hitler himself.

Enzo Ferrari had become the head of the Alfa Romeo racing team and is the reason the P3 carries the Scuderia Ferrari racing team badge. The driver that day was Tazio Nuvolari, Italy’s demonically gifted “Nivola.” In the three year old obsolete Alfa Romeo Tipo B P3, Tazio had matched the Germans fastest practice times. The gloomy weather didn’t dissuade Tazio Nuvolari, instead he smiled broadly and said to Enzo “Today I will win”.

With seven laps to go Nuvolari was 1m 27s behind the leader, the aristocratic Manfred von Brauchitsch. He cut that down to 21 seconds in six laps and von Brauchitsch was feeling the pressure. The German was driving as fast as he could, putting massive wear on his tires. In the last lap the tires could hold on no longer. In front of the 300,000 spectators, one of the rear tires burst and Nuvolari roared by for the win. It was a victory that still stands today as the all time greatest upset in racing history.

While I was researching the history of Jano and his Alfa Romeo Tipo B P3, another epic battle was taking place on the track and history was beginning to repeat itself. The mighty silver arrows of Mercedes-AMG had the best car on the track and the greatest driver of F1. In a script that couldn’t have been written beforehand, just like the 1935 race, in the last lap the silver arrows were ahead, but Red Bull pulled off an improbable win over Mercedes, in what has to be a tie with the 1935 German Gran Prix for the greatest of all time racing upsets.

When you view this car you are looking at the soul of many. It is the history of Vittorio Jano and the innovations he brought to the sport. It is also where the story starts for Enzo Ferrari and the mighty collaboration with Jano that made Ferrari the most recognizable automotive brand in the world. It was the finest race of Tazio Nuvolari’s career.

It is where desire and passion of three men converged to triumph over a massive amalgamation of four German automobile manufacturers (Auto Union) and Mercedes-Benz. This car and that day and these men became the legends of the Nürburgring. 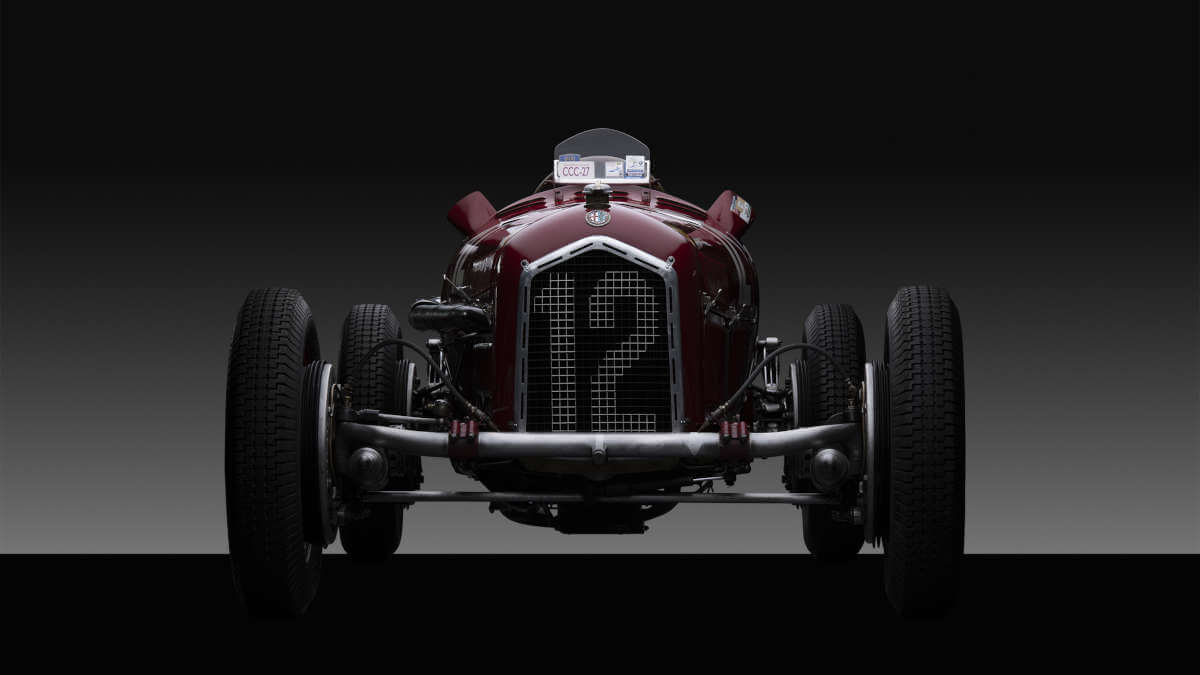 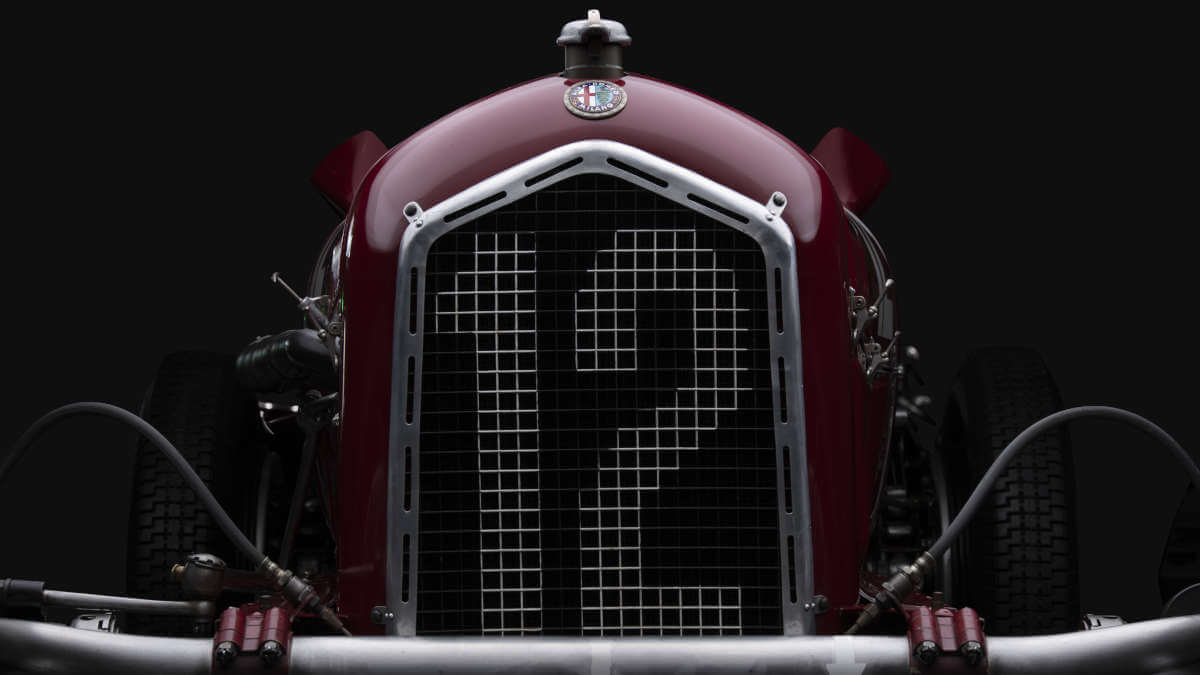 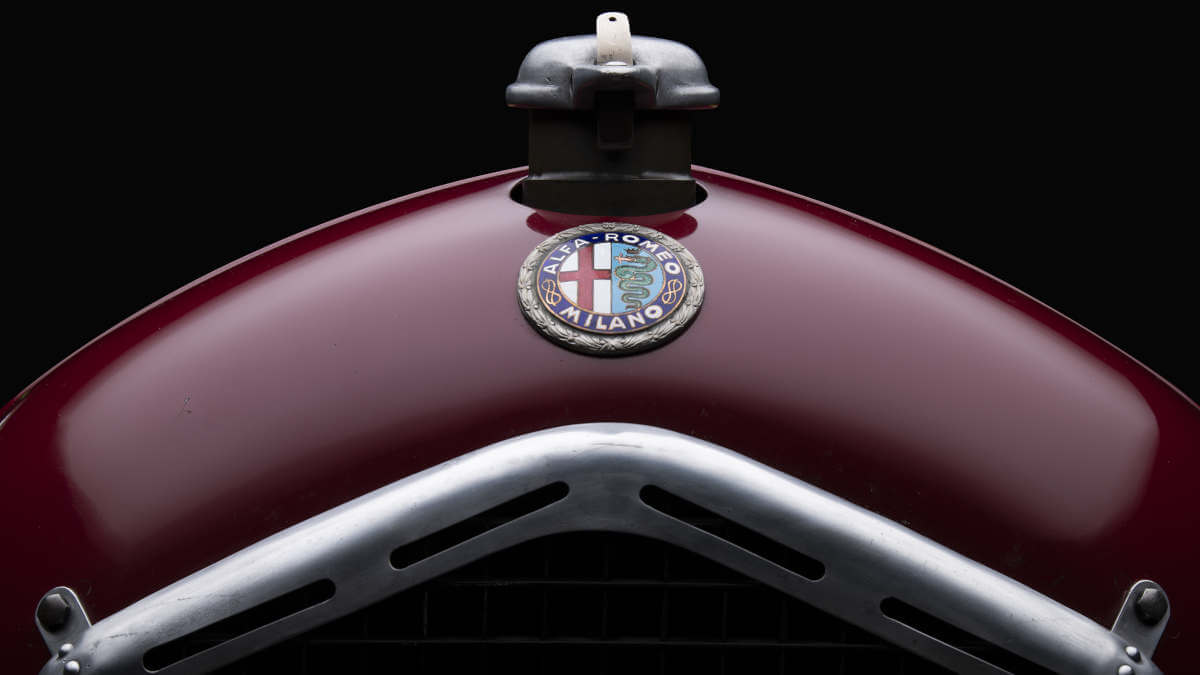 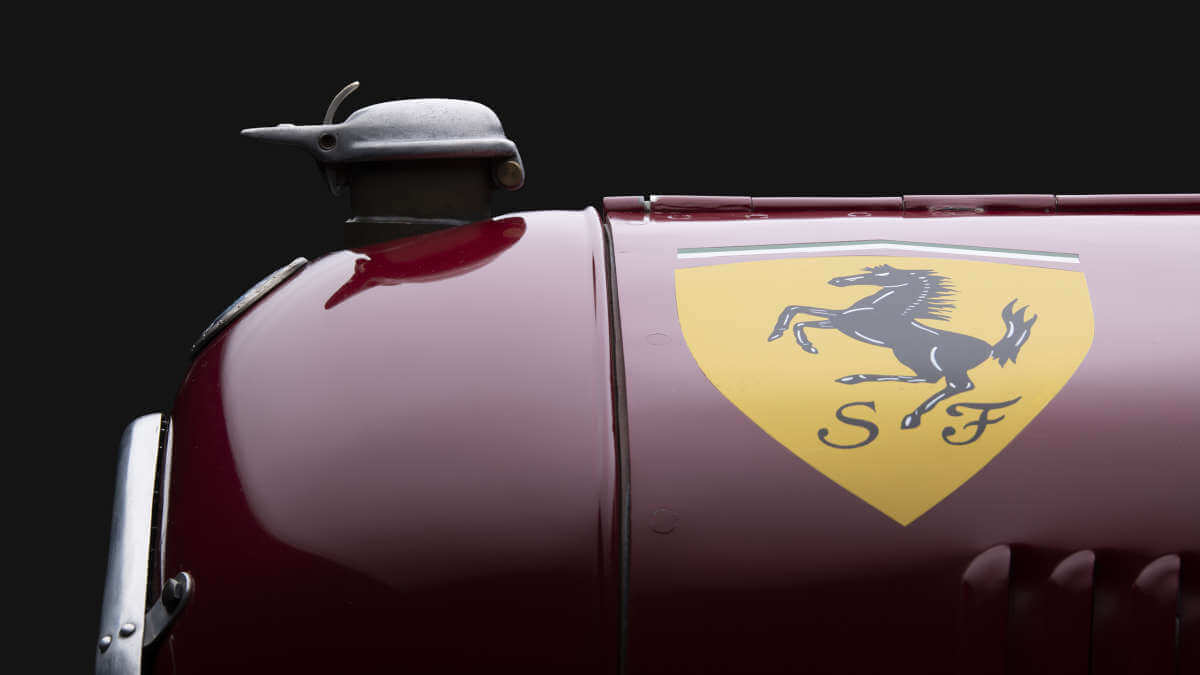 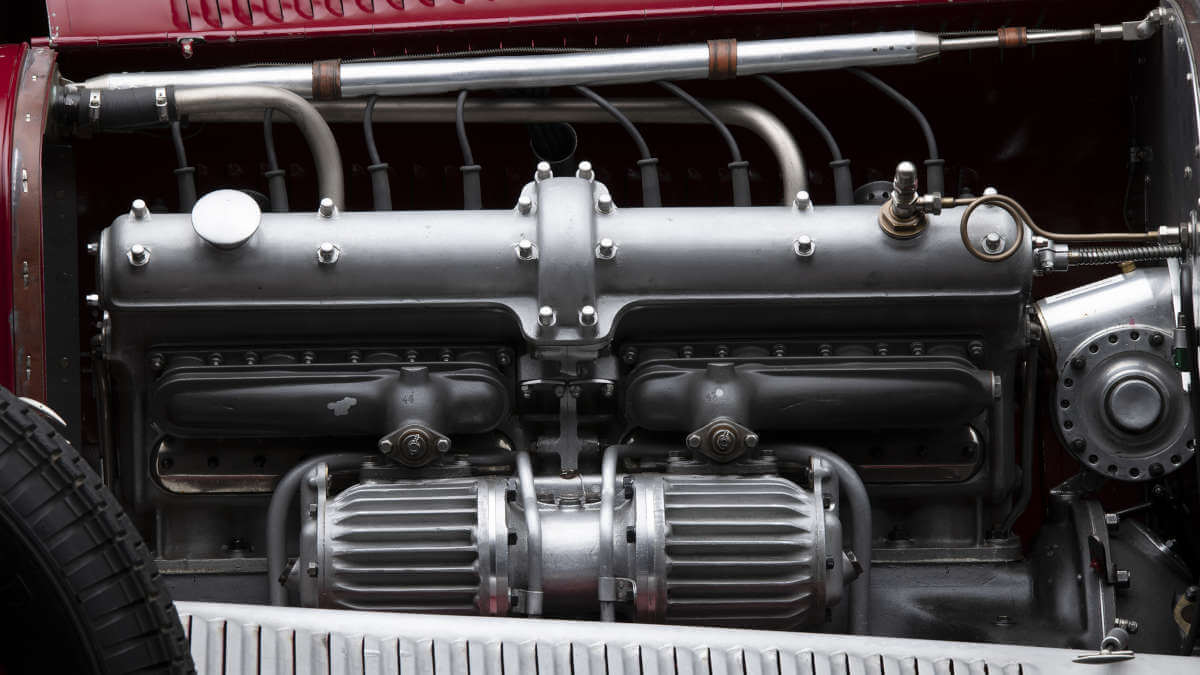 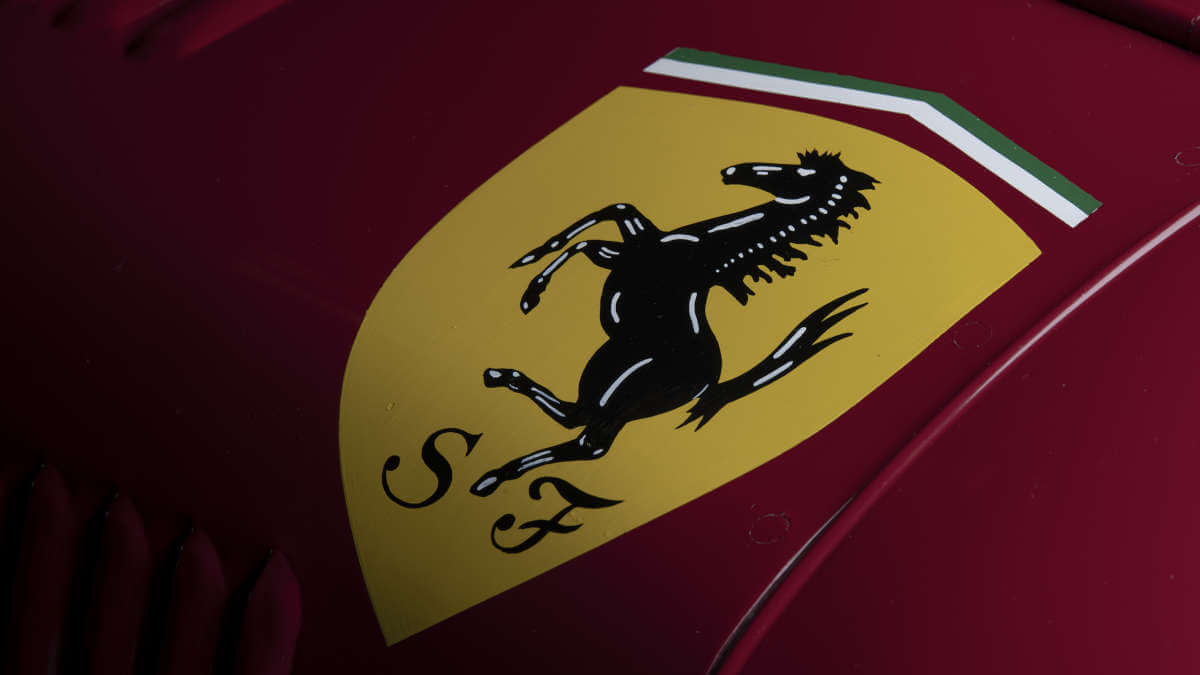 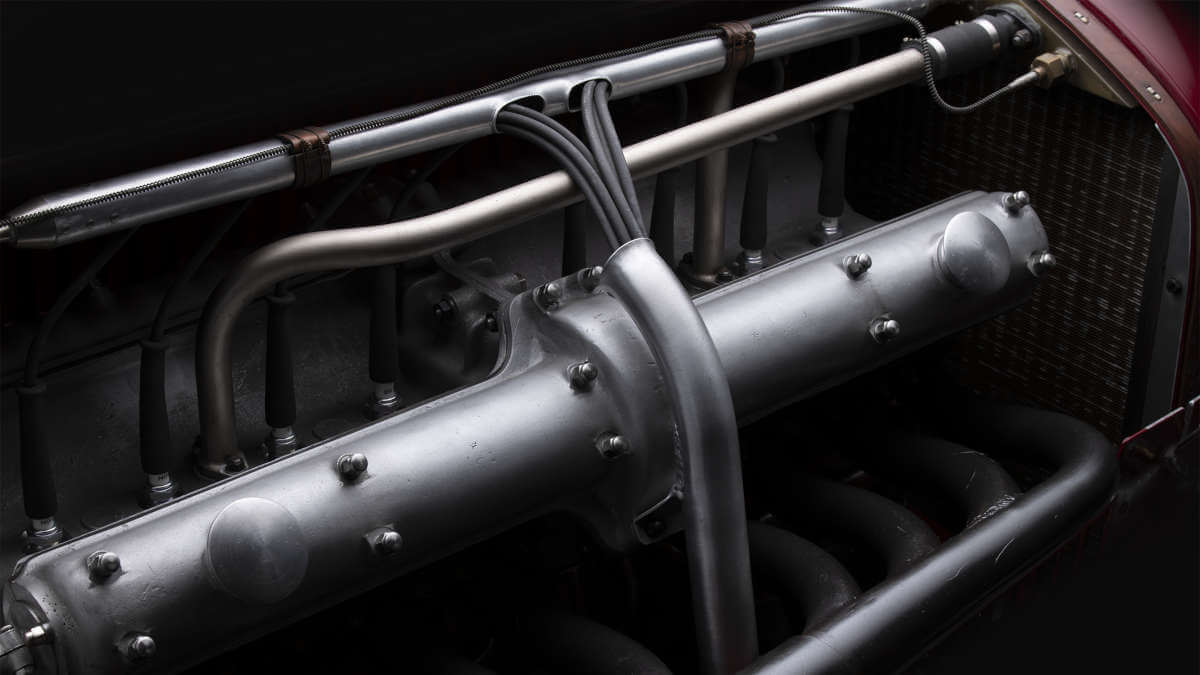 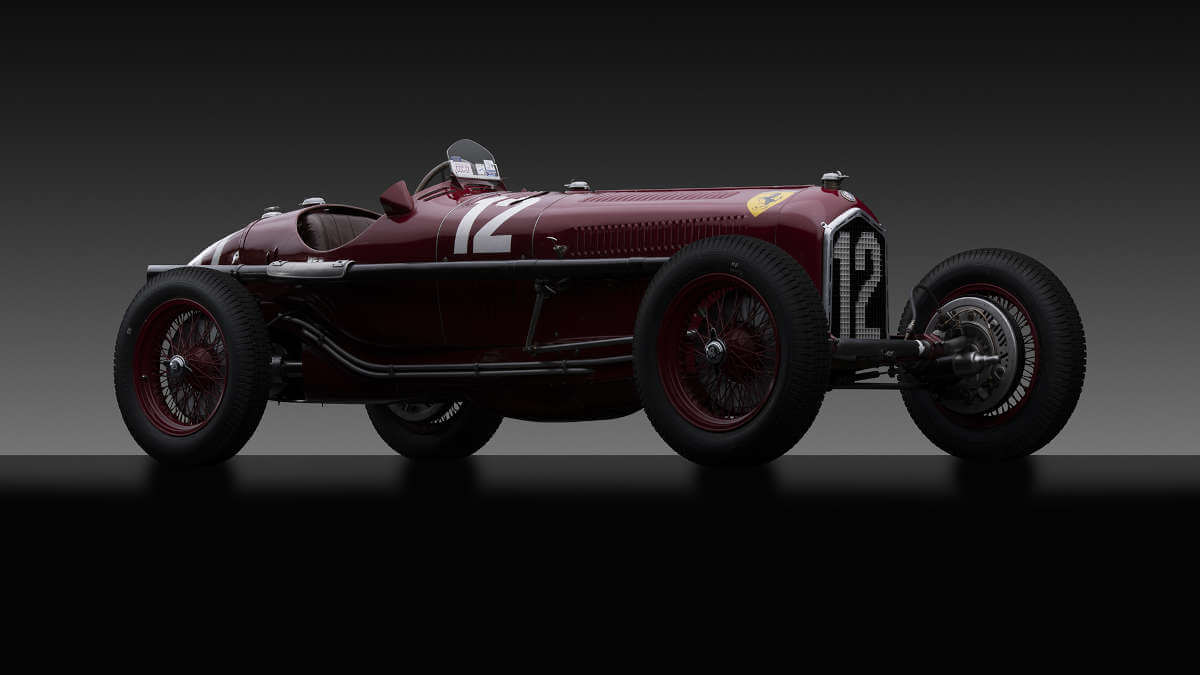 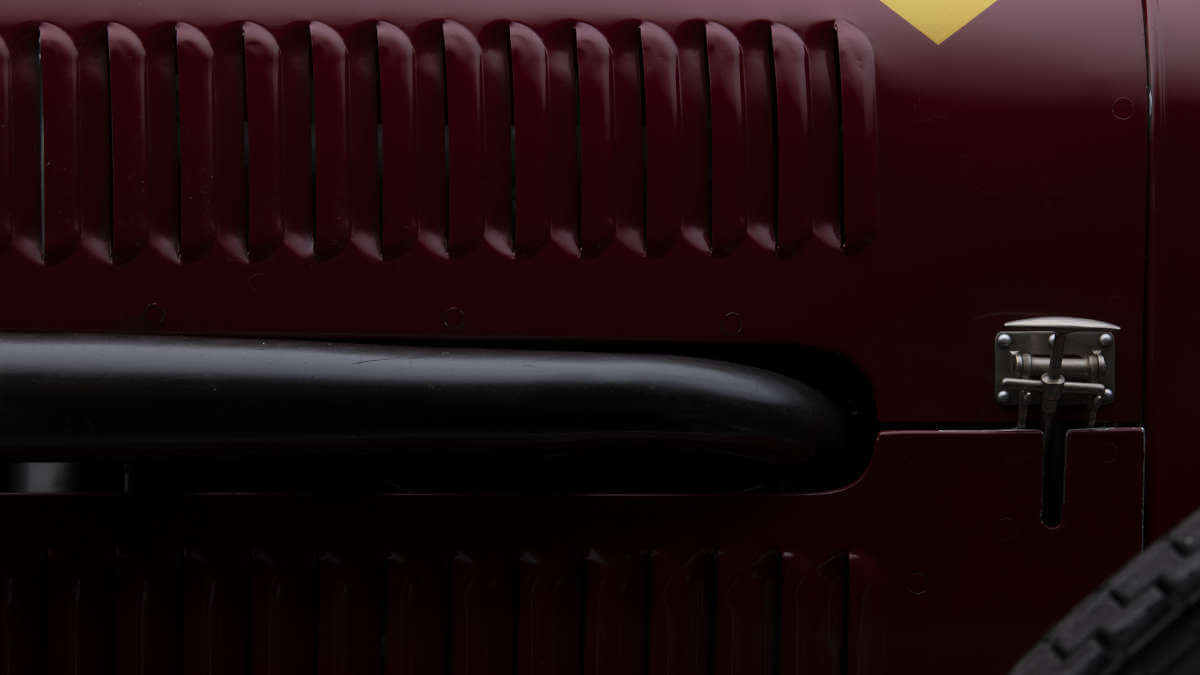 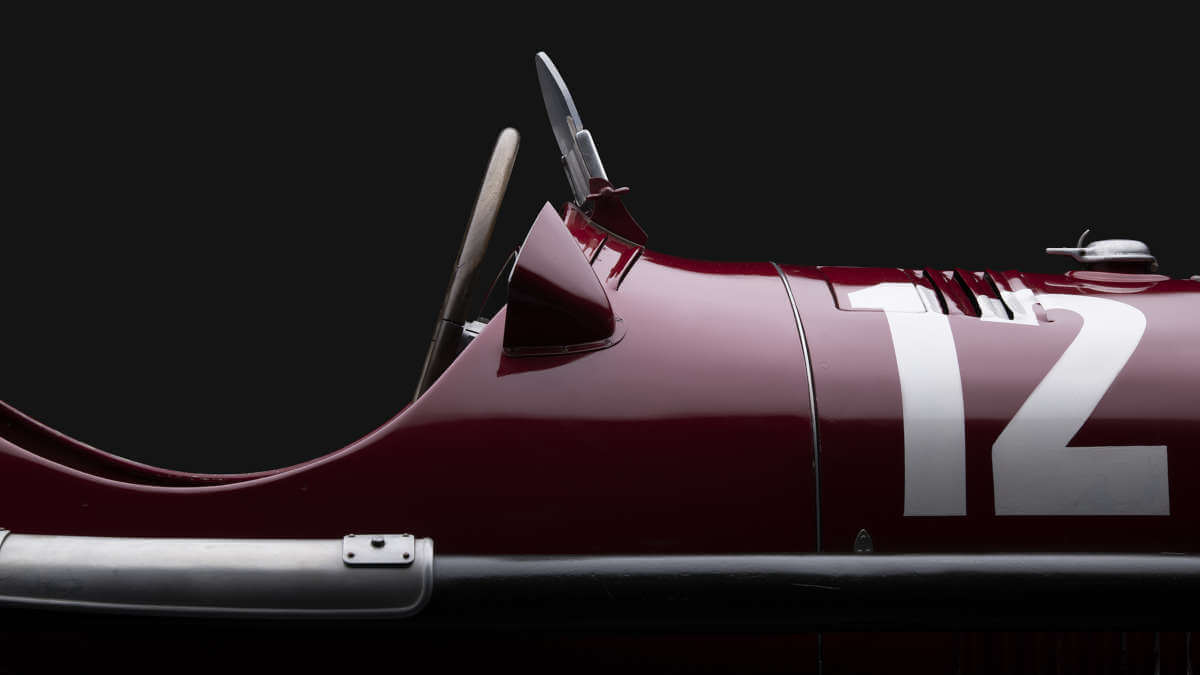 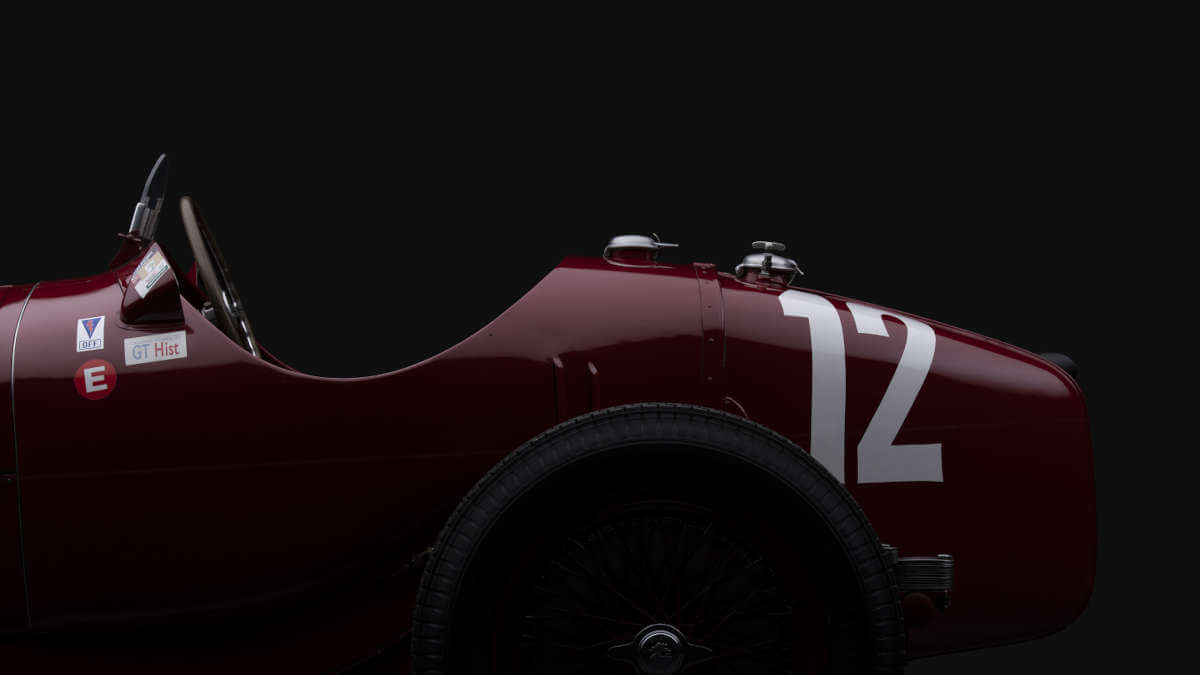 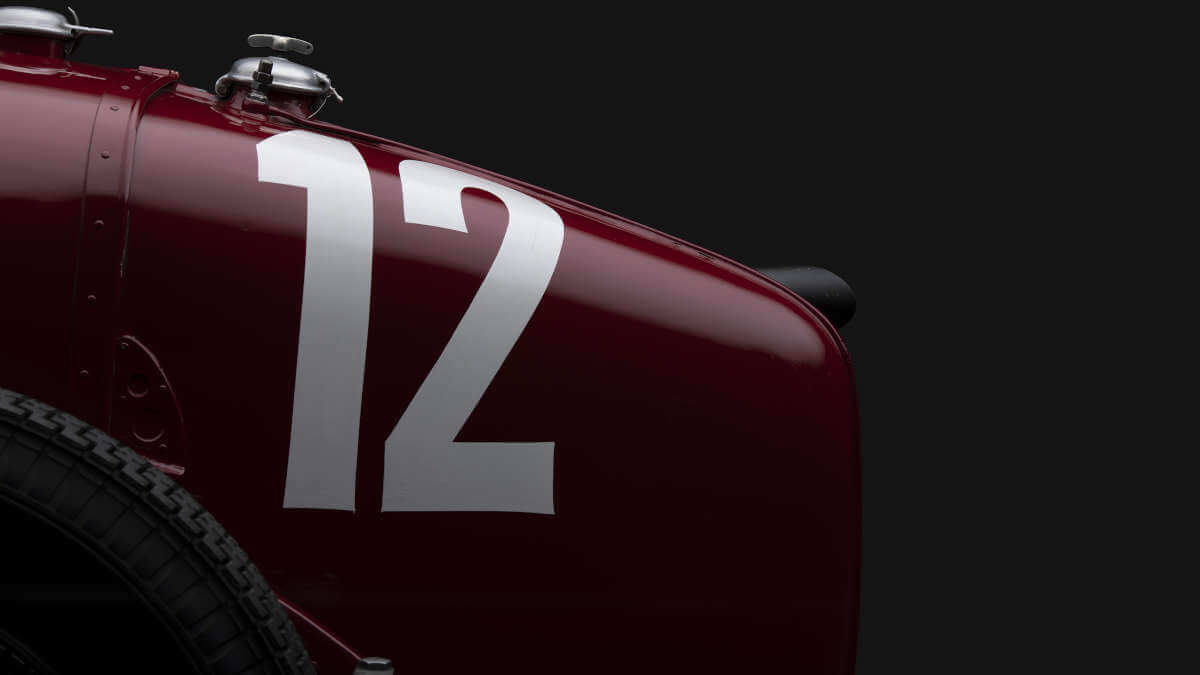 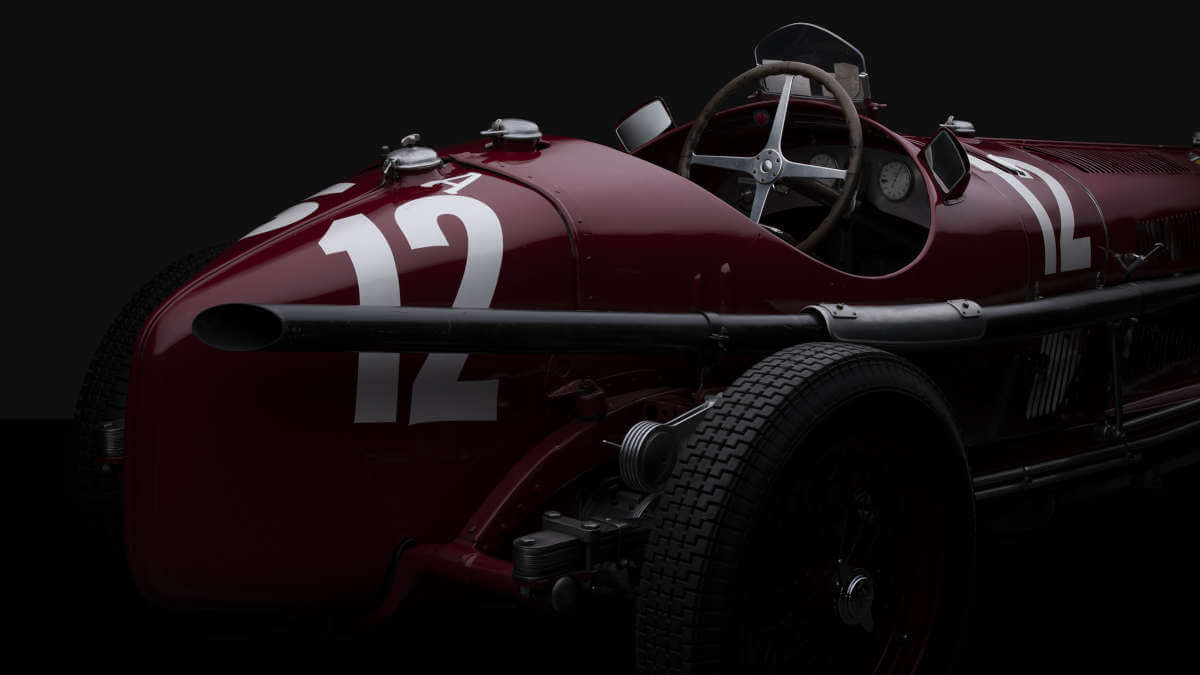 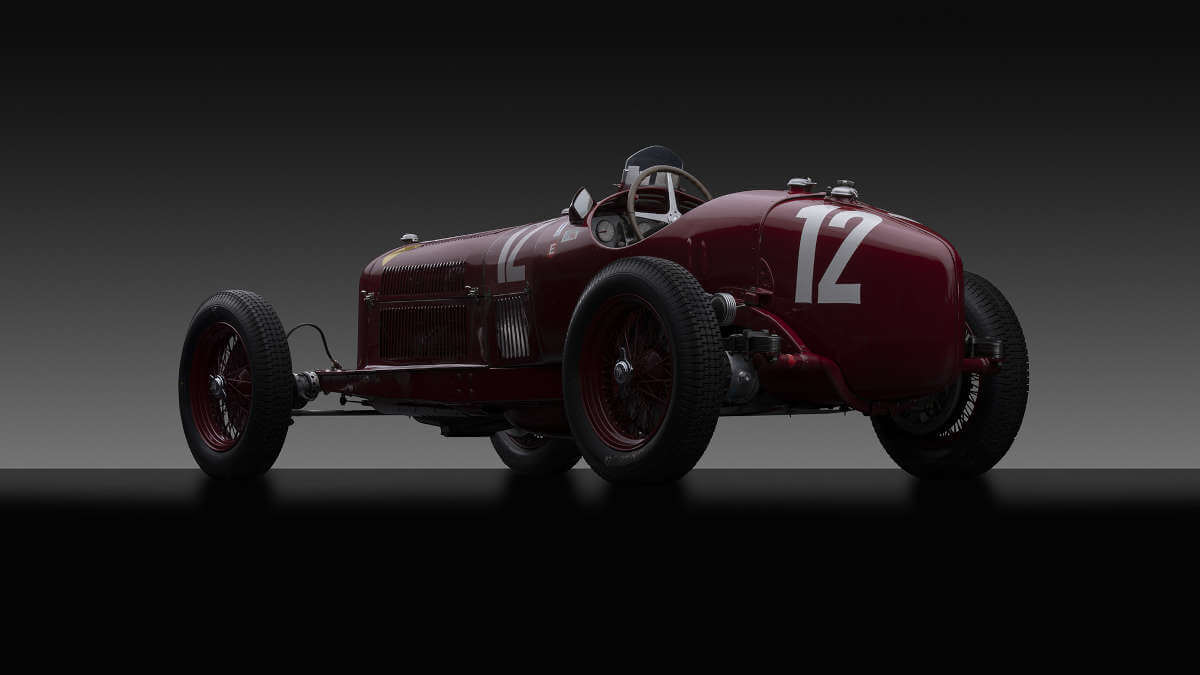 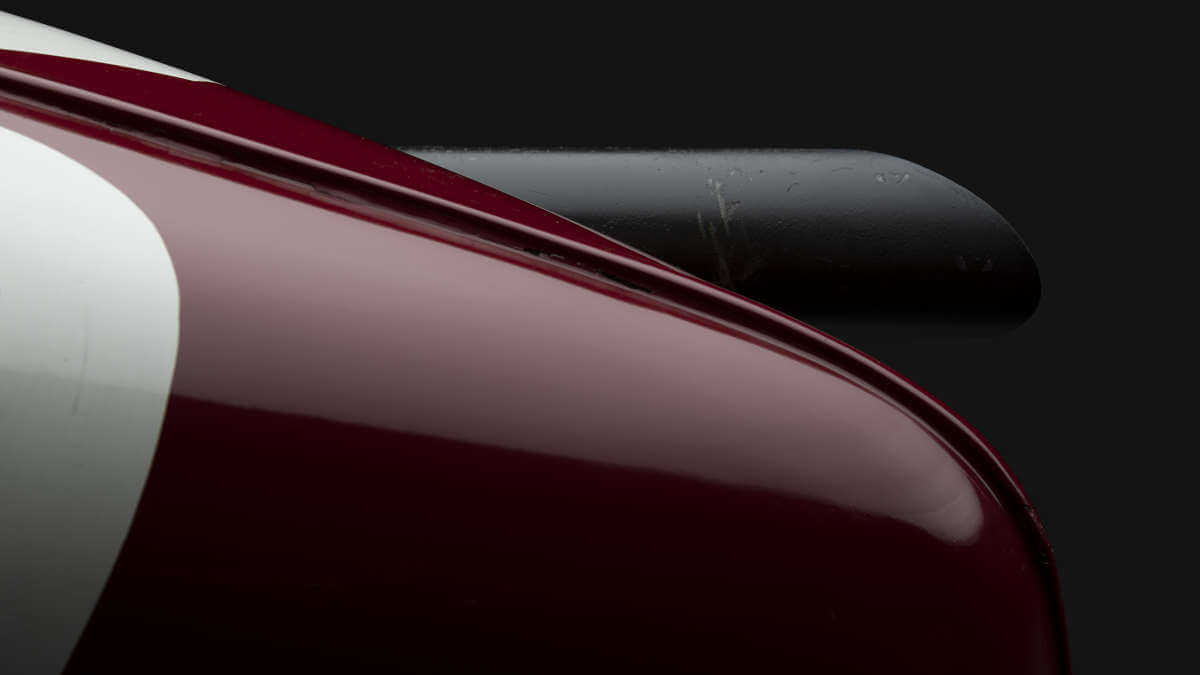 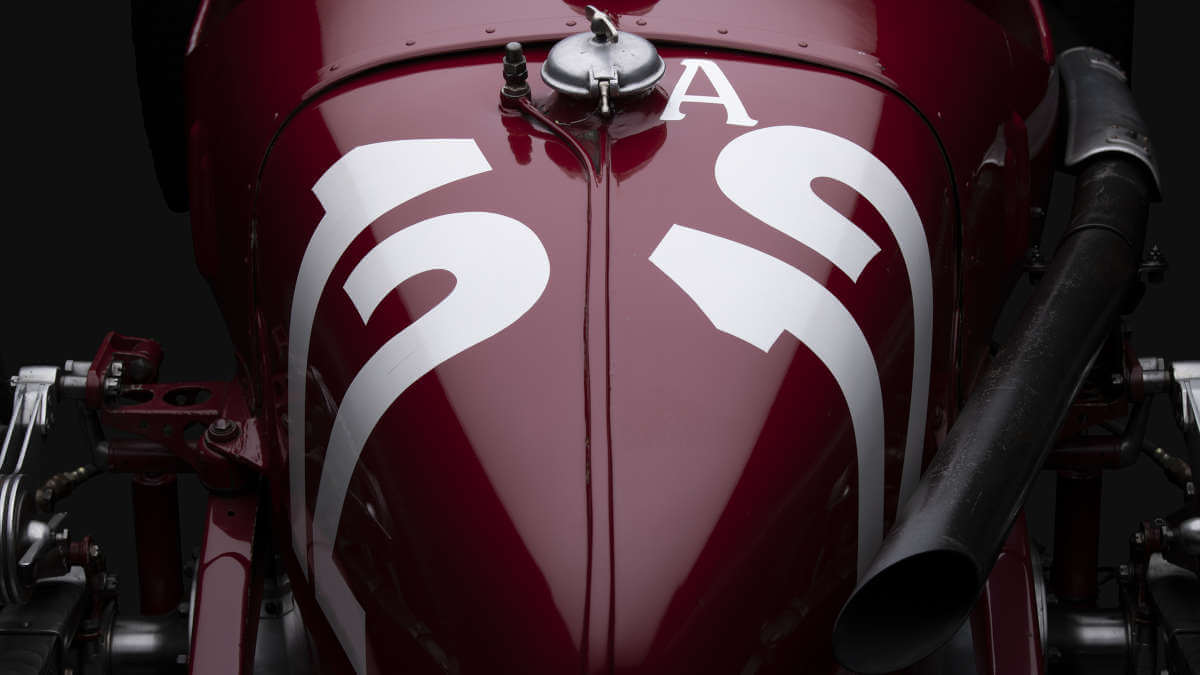 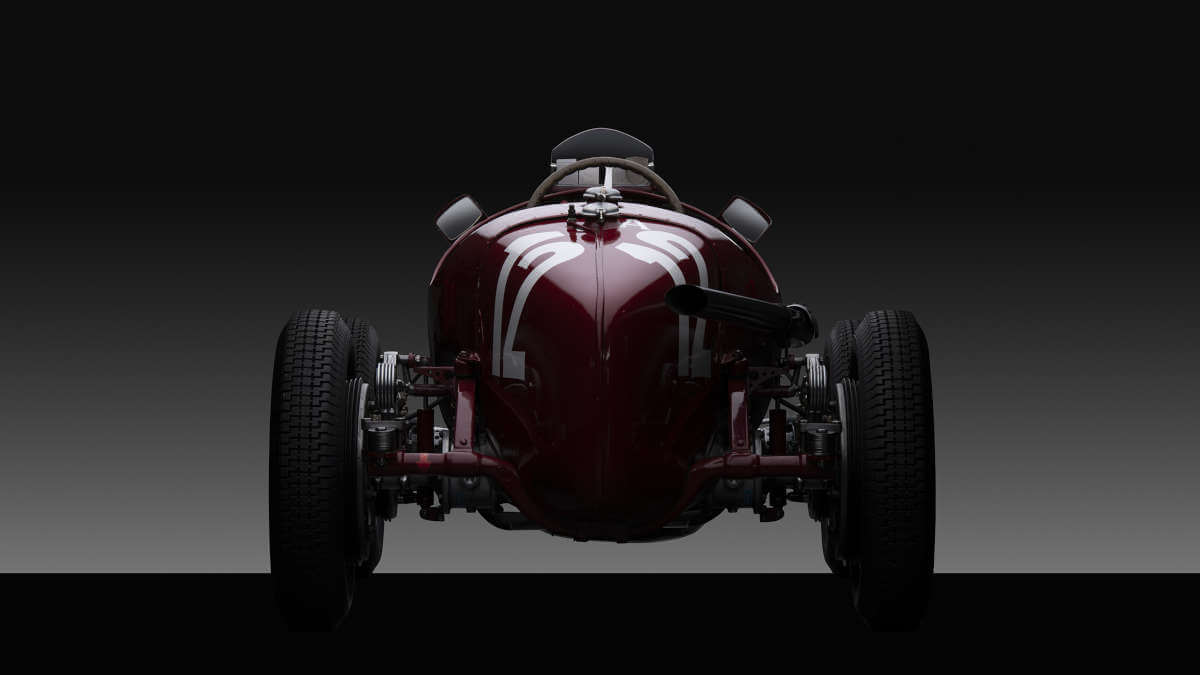 When a new racing car is developed for the Formula 1 World Championship today, the respective team usually uses it for only one year. It is irrelevant whether it is a factory team or a private team. There was a rare deviation in 2021 due to the Corona pandemic and the resulting major rule change being moved back a year to 2022. All teams only used further developments of the 2020 cars. In the early decades of Grand Prix racing, this was significantly different. For one thing, the factory teams sold their cars to privateers after one year at the latest, and for another, new developments were still so expensive that many manufacturers couldn’t afford them on an annual basis.

This also applied to Alfa Romeo and the racing department headed by Enzo Ferrari. In 1924, the P2 was launched as a monoposto (single-seater) based on the 8C. After the competitiveness slowly decreased, Vittorio Jano was asked to develop a new car for 1932, which should have more power and less weight. For this purpose, Jano adapted the chassis of the Tipo A P2 to slight changes in the regulations. This continued use of parts of the predecessor led to the nickname “P3”. Officially, Alfa Romeo called the race car Tipo B. At the same time, a 2.6-liter version of the inline eight-cylinder engine with Roots supercharger was produced. The block and cylinder head were split to place all the auxiliary drives along the central crankshaft and thus reduce torsional vibrations. Initially, 215 hp was available.

In fact, Vittorio Jano and his team managed to reduce the overall weight to 700 kilograms. For the 1934 season, however, the minimum weight according to the regulations increased to 750 kilograms. In addition, the body now had to be 865 millimeters wide, which Alfa Romeo achieved by welding on some sheet metal. However, some of these parts were in the way of the airstream and thus reduced the topspeed. Since at the same time the displacement grew to 2.9 liters and thus the power increased to 255 hp, the further developed P3 was nevertheless still competitive. A special slipstream version was created for the high-speed race on the AVUS in Berlin. For 1935, there were two further engine modifications with first 3,165 and later 3,822 cc of displacement. With a maximum of 265 hp, the topspeed rose to as much as 170 mph.

The racing history of the Tipo B P3 makes excellent reading. As early as the first race in Monza in 1932, Tazio Nuvolari rolled across the finish line as the winner. Six more victories followed by the end of the year, split between Nuvolari and Rudolf Carracciola. The following year, Scuderia Ferrari, led by Enzo Ferrari, finally took over all racing activities from Alfa Romeo, where the in-house racing department was closed for financial reasons. Due to the restructuring, however, the team participated in only eleven events, of which they again managed to win six.

In addition to the AVUS race, where they competed with the streamlined version already mentioned, Scuderia Ferrari won five other races in 1934. These included the Monte Carlo Grand Prix, the Tripoli Grand Prix and the Targa Florio. From the middle of the year, however, the Auto Union Type A and the Mercedes-Benz W 125 dominated racing as much newer cars. Nevertheless, Alfa Romeo emerged with 18 victories from 35 racing events.

The technical superiority of the two German competitors was overwhelming in the 1935 season. In fact, the last major victory for the Alfa Romeo Tipo B P3 was at the Nürburgring. 16 more victories were achieved in smaller races that weren’t part of the Grand Prix World Championship. One car was modified with fenders, steering shifted to the right, a second seat, electric starter and a spare wheel for the Mille Miglia. There, road approval was necessary, which the modifications made it possible to apply for. A victory in 1935 was followed by a fourth place in 1936 as the final race result for a P3.

Next to Nuvolari and Carracciola, several racing greats were part of the factory team of the time. Among others, Giuseppe Campari, Baconin Borzacchini, Luigi Fagioli, Louis Chiron, Achille Varzi, Carlo Felice Trossi, Raymond Sommer, René Dreyfus or Vittorio Belmondo were at the wheel of the Tipo B P3. Nowadays, the few examples built easily reach seven-figure prices. For example, RM Sotheby’s auctioned a P3 in Paris in 2017 for more than 3.9 million euros.