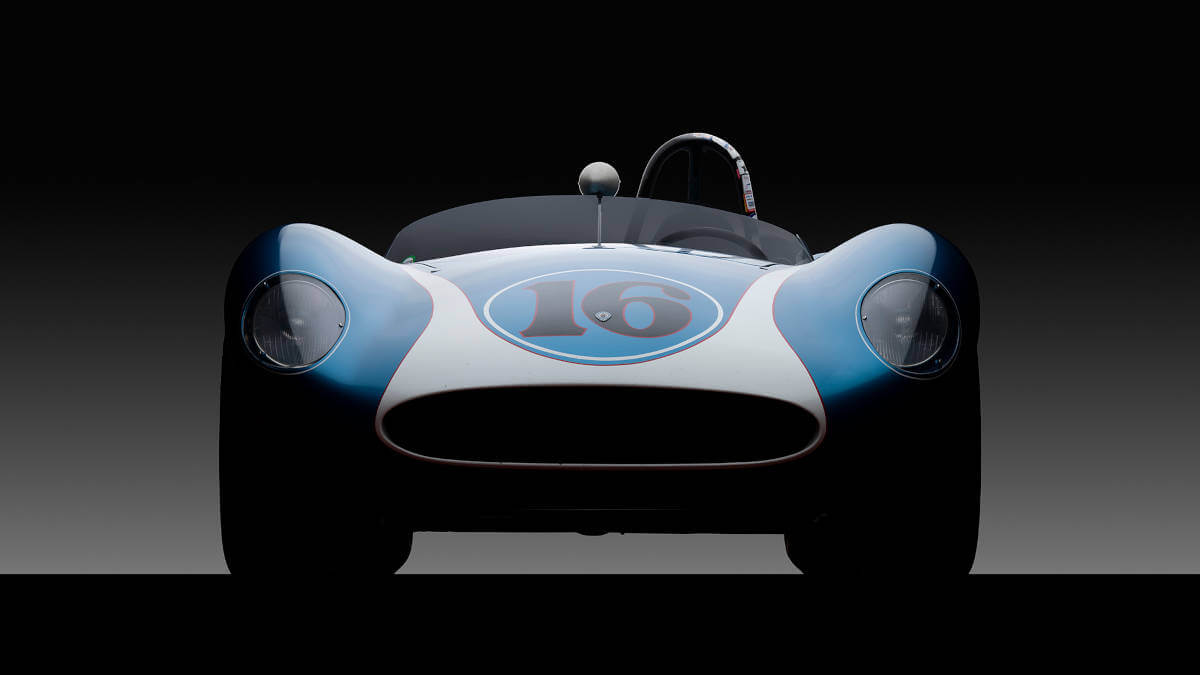 Have you ever heard of the Scarab? This racing sports car was produced in small numbers in the USA at the end of the 1950s. Not only was it given a beautiful design, the technology was also able to keep up with European competitors.

One of these destinations was in the southwest of the U.S. where I spent the day with Chuck’s creation, the 1958 Scarab Mk.I.

Chuck Pelly is without a doubt one of the greatest industrial designers in the world. In 1972 he formed DesignworksUSA which is regarded as one of the top 10 industrial design consultancies. He has touched almost every aspect of modern life and the diversity of design is astounding. From Nokia phones, John Deere tractors, dental chairs, set design for the “Lost in Space” TV show, Porsche 911 4dr sedan, Condi Furniture to BMW, the list goes on and the awards are endless.

Chuck was born in the early 40s and spent most of his life in Southern California. He studied design at the famed Art Center College of Design in Pasadena where at an early age he revealed glimpses of his future. Before he graduated he penned, what is considered the most beautiful race cars ever built. He was 18 years old.

Description of the Scarab given on the Chuck Pelly website:
“Its classic voluptuous body form, among the first of its kind, featured the long sweeps of the front fender that flowed into the tightly formed rear fender in conjunction with the high lifted round rear, providing a long-lasting memorable look.”

It took the collaboration of many to create this legend and in Southern California in the early 1950’s, more specifically in Culver City, a circle of people specialized in unique abilities to produce some of the rarest, fastest and most attractive automobiles in the world.

The nucleus of one such circle was Lance Reventlow. He was a young man with a taste in all things beautiful and fast. He also had the means to fund this passion, leading to the creation of the Scarab Mk.I, winner of the 1958 Riverside Grand Prix.

Through the experience with Lance Reventlow in creating the Scarab Mk.I, Chuck learned many valuable principles that guided his approach to design and design teams throughout his career.

In this collection of images you will gain insights into the thinking and mind of the 18 year old Chuck Pelly, at a moment in time when he was unknowingly poised for greatness and to have a major impact upon the world. His design and its effects upon us, have gone far beyond the impact of a race car Reventlow named Scarab. 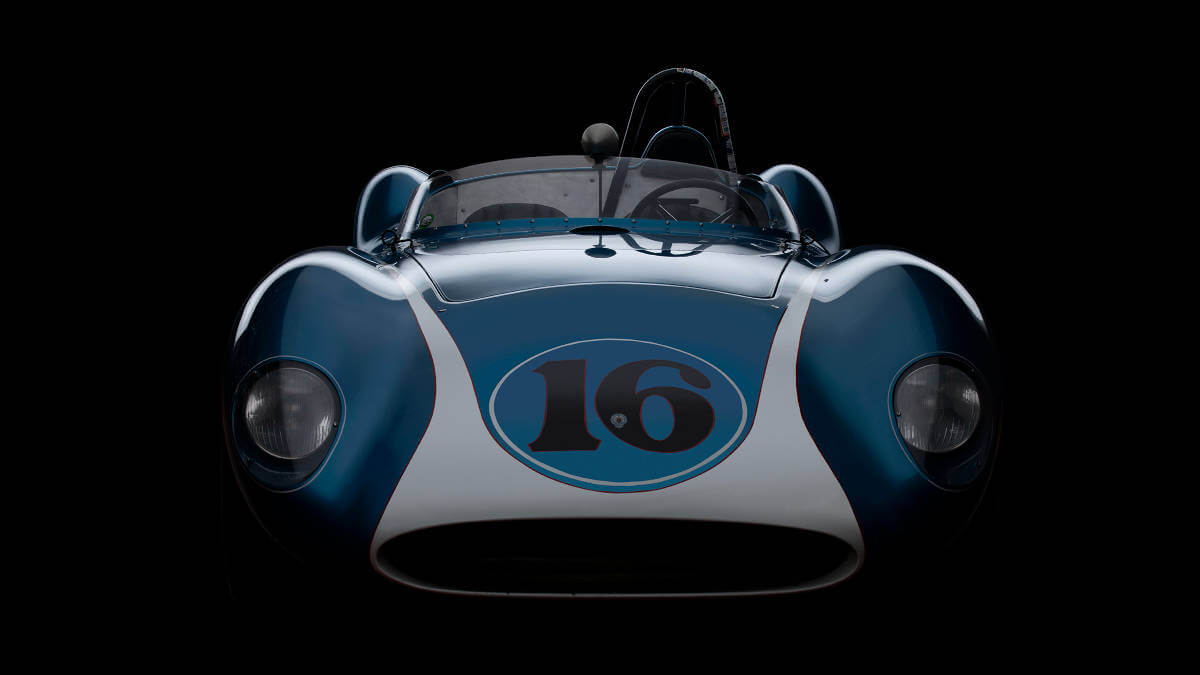 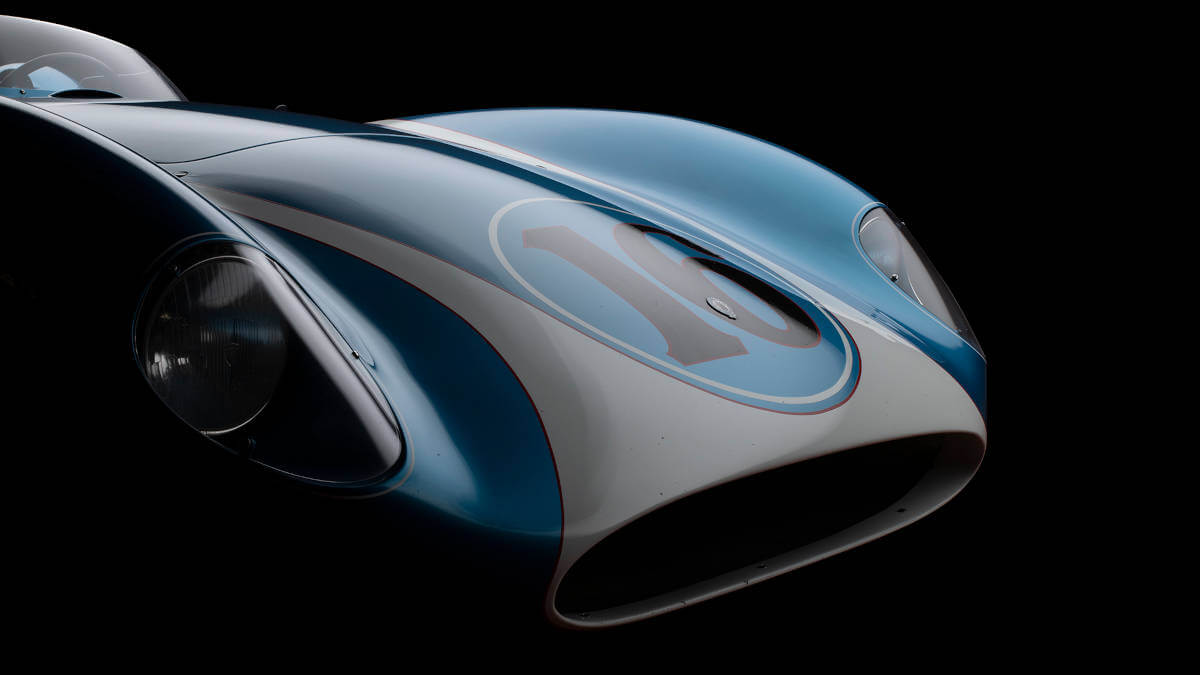 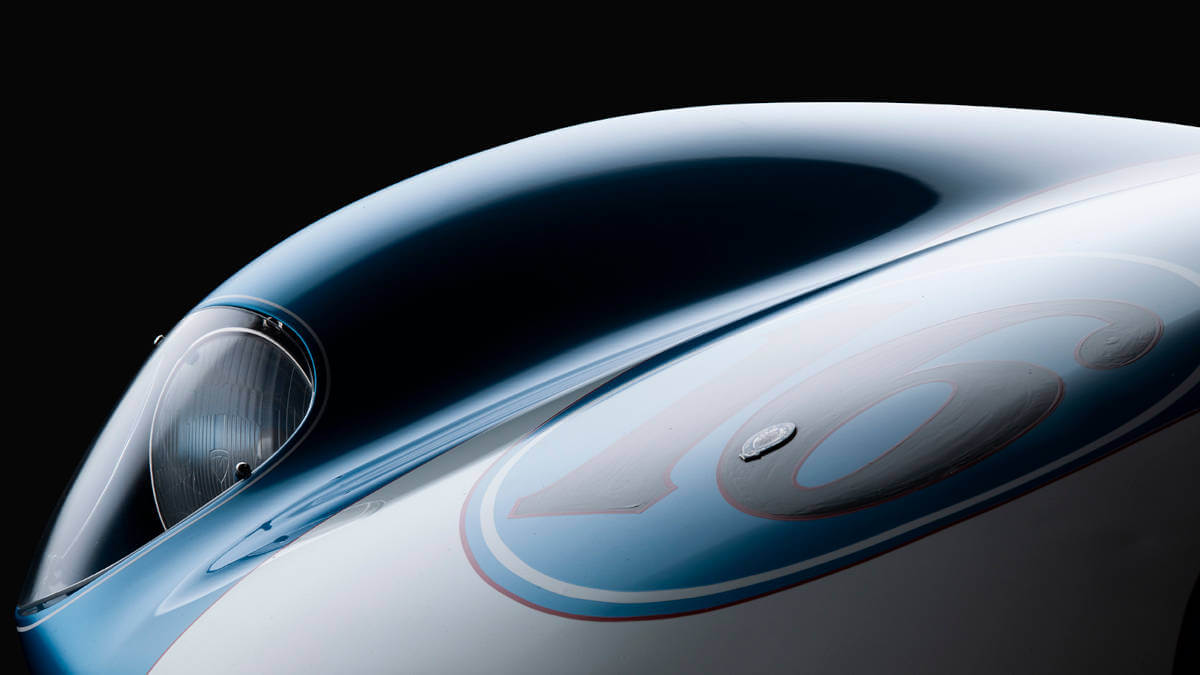 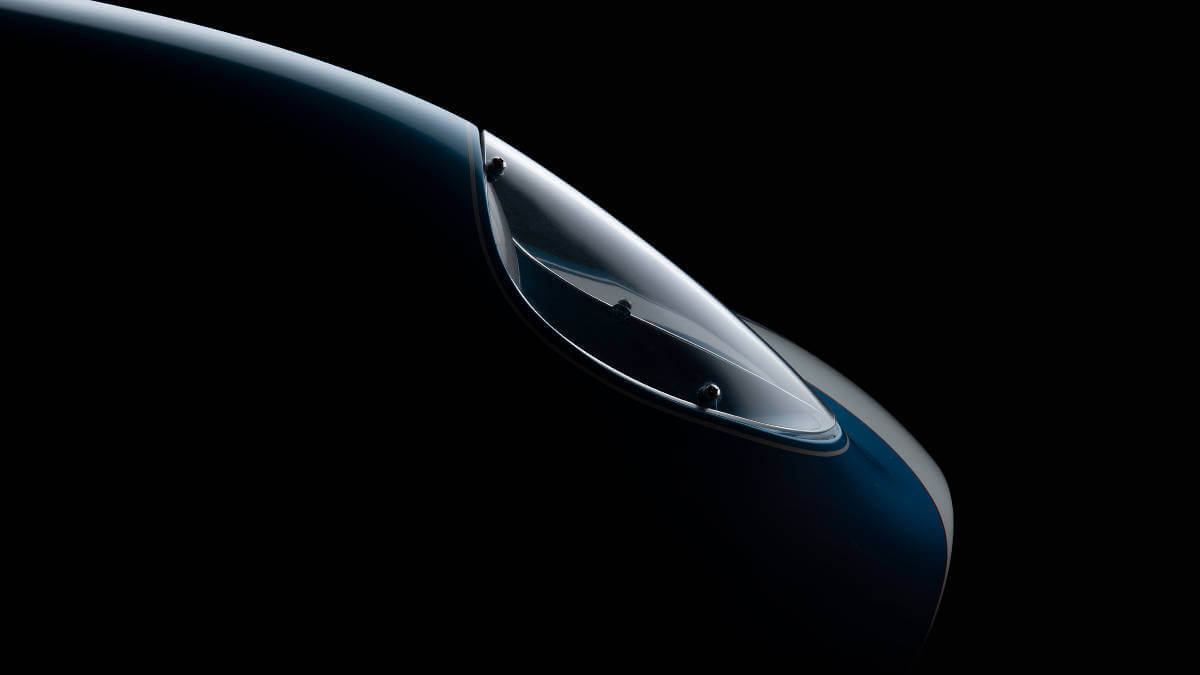 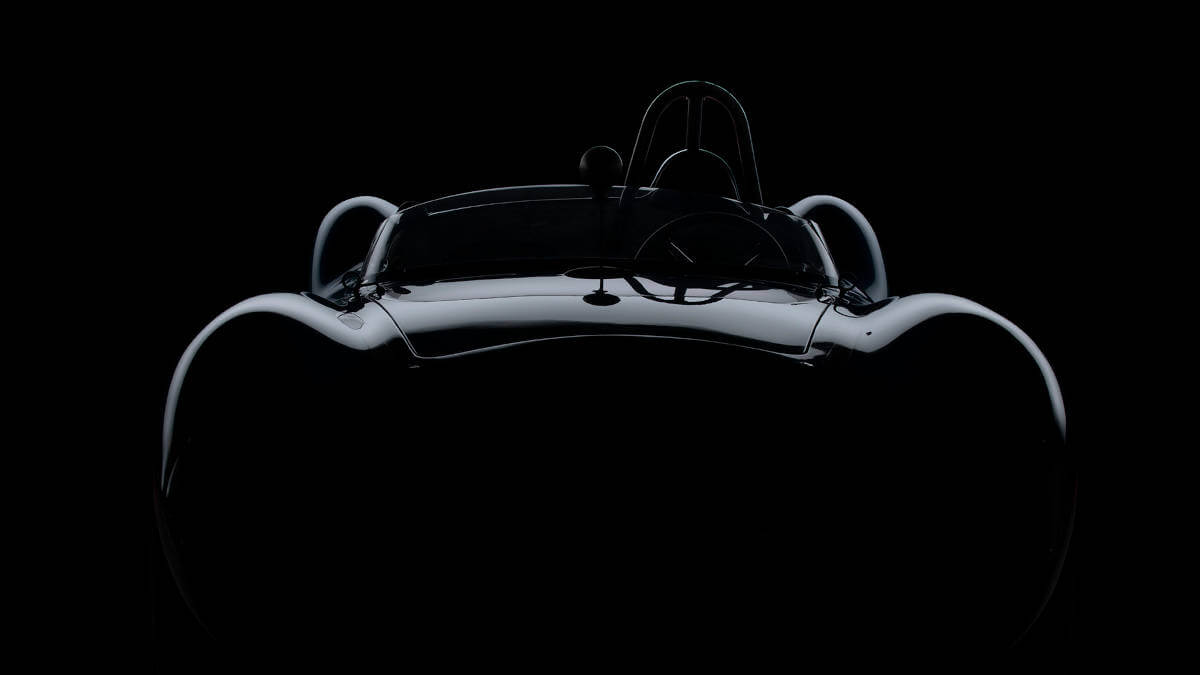 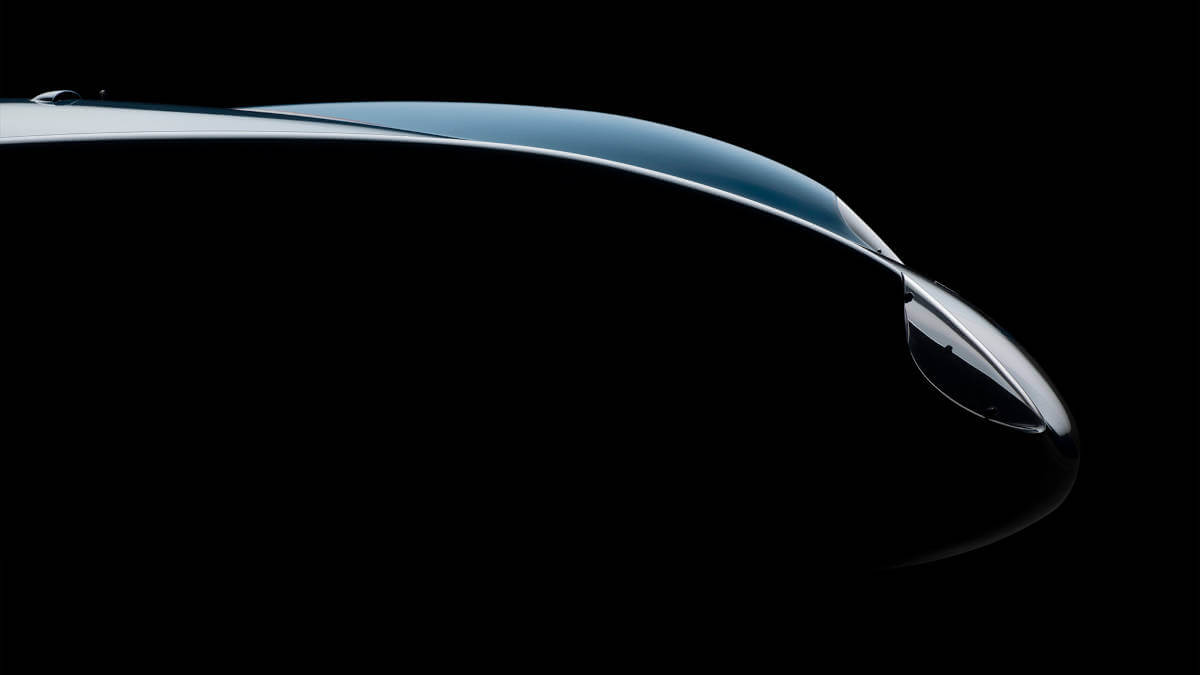 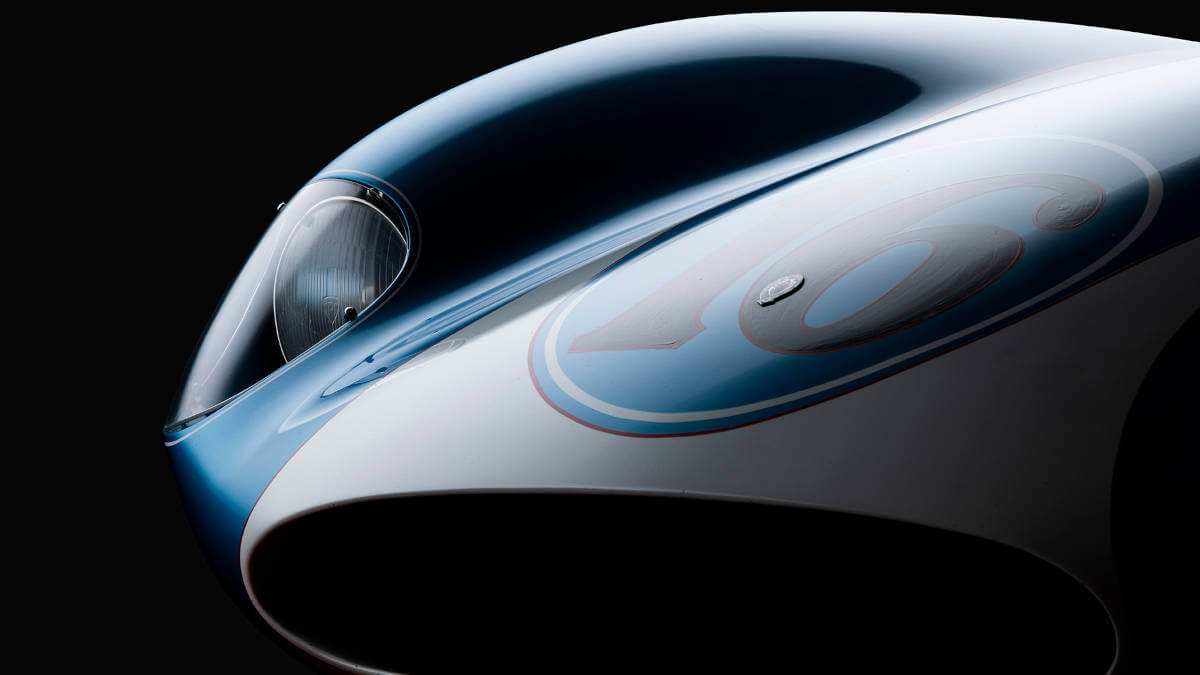 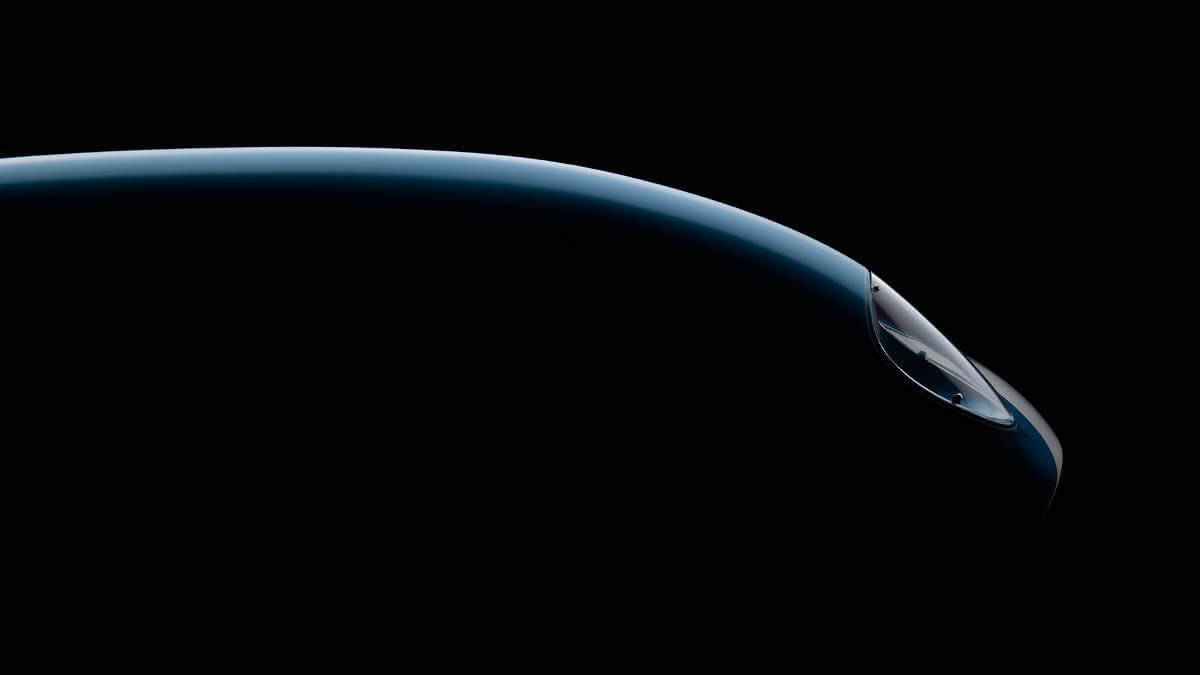 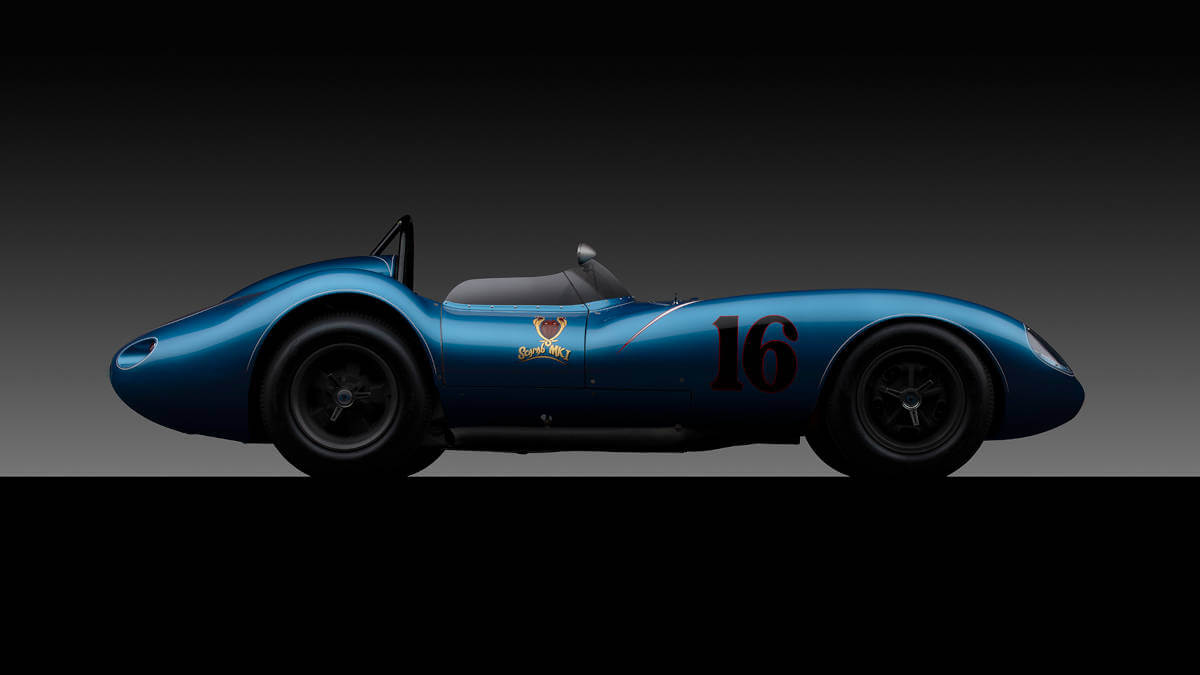 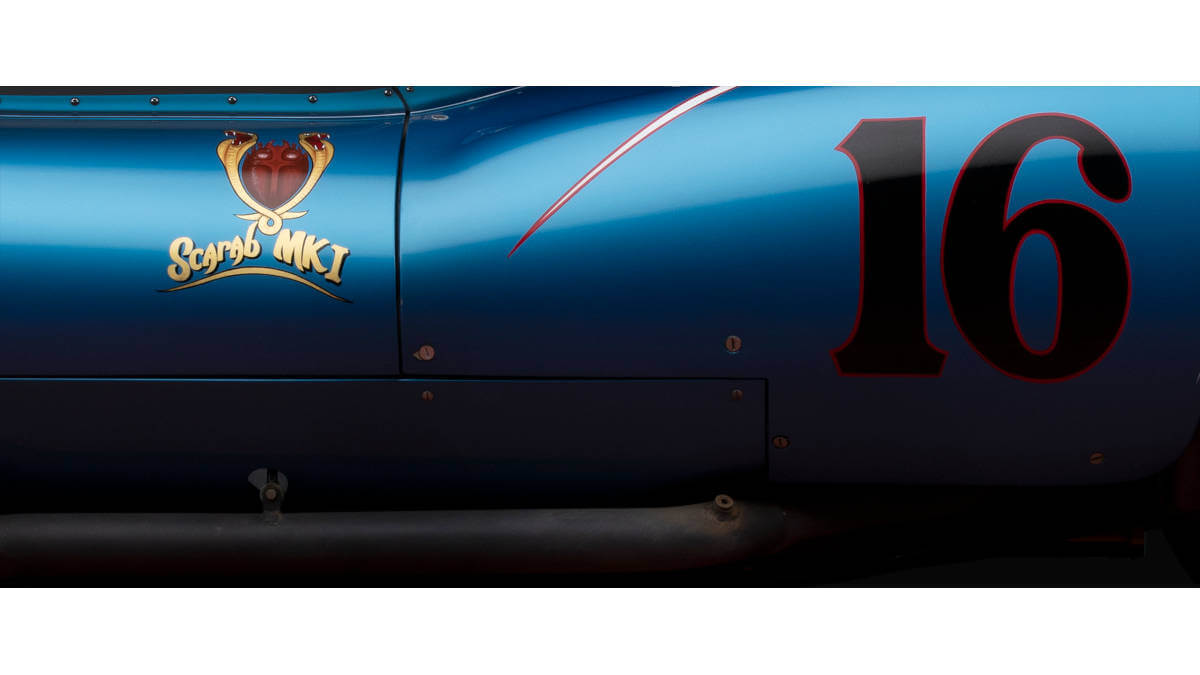 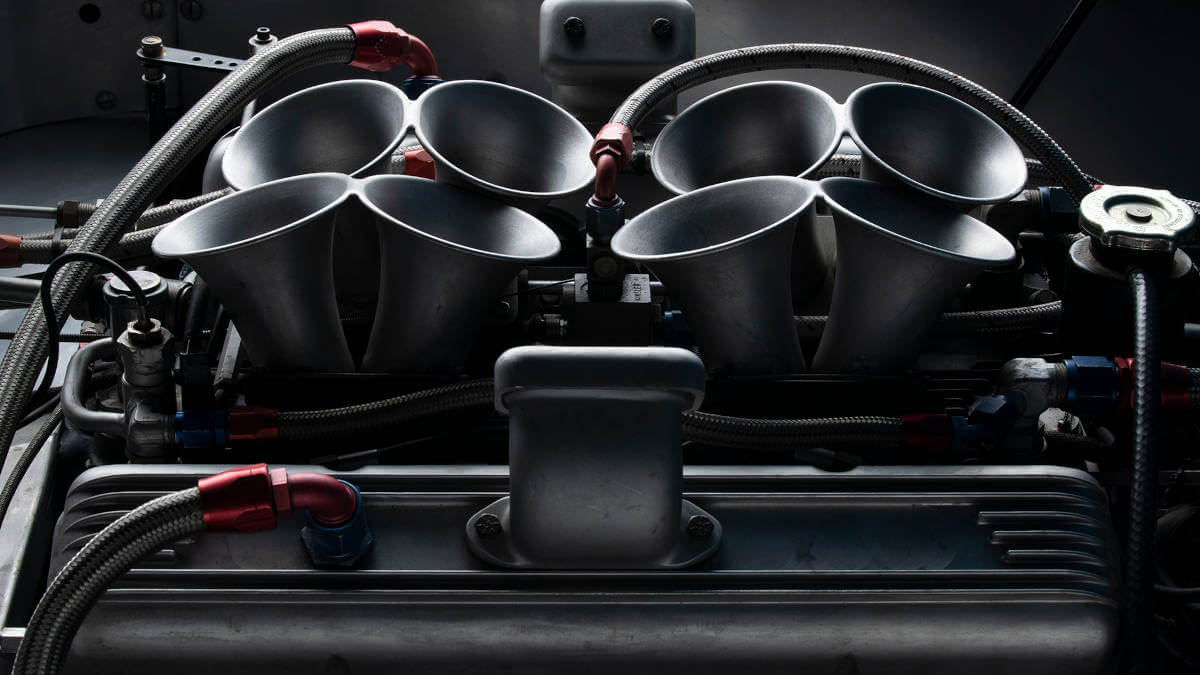 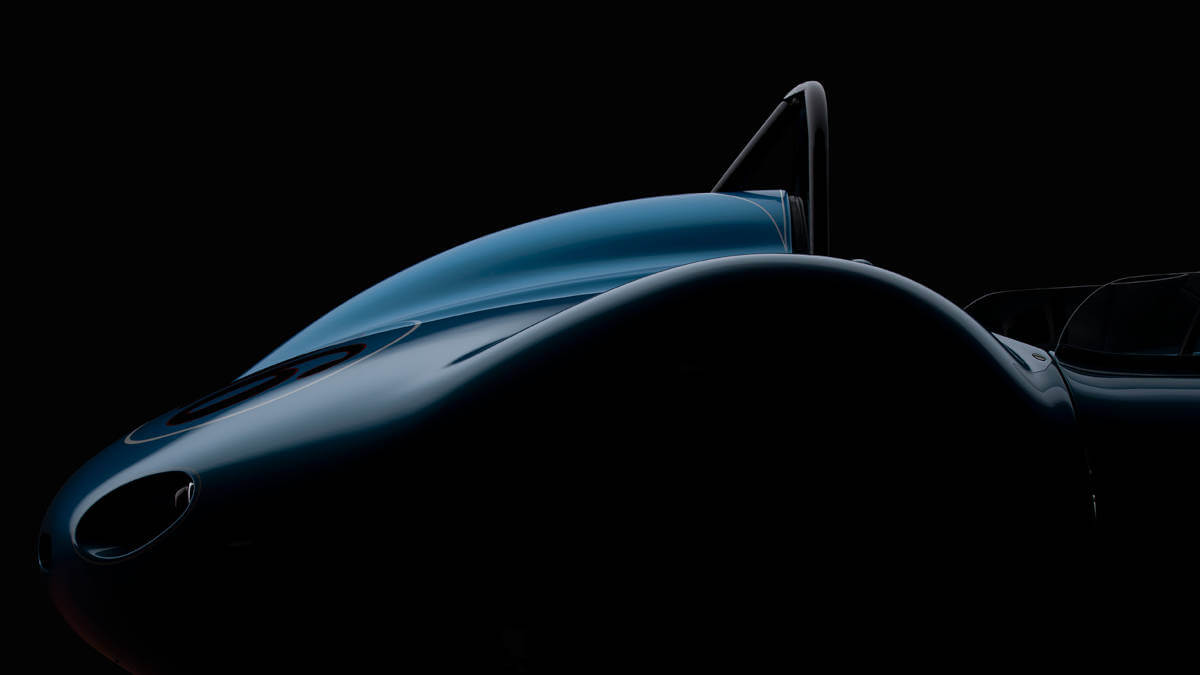 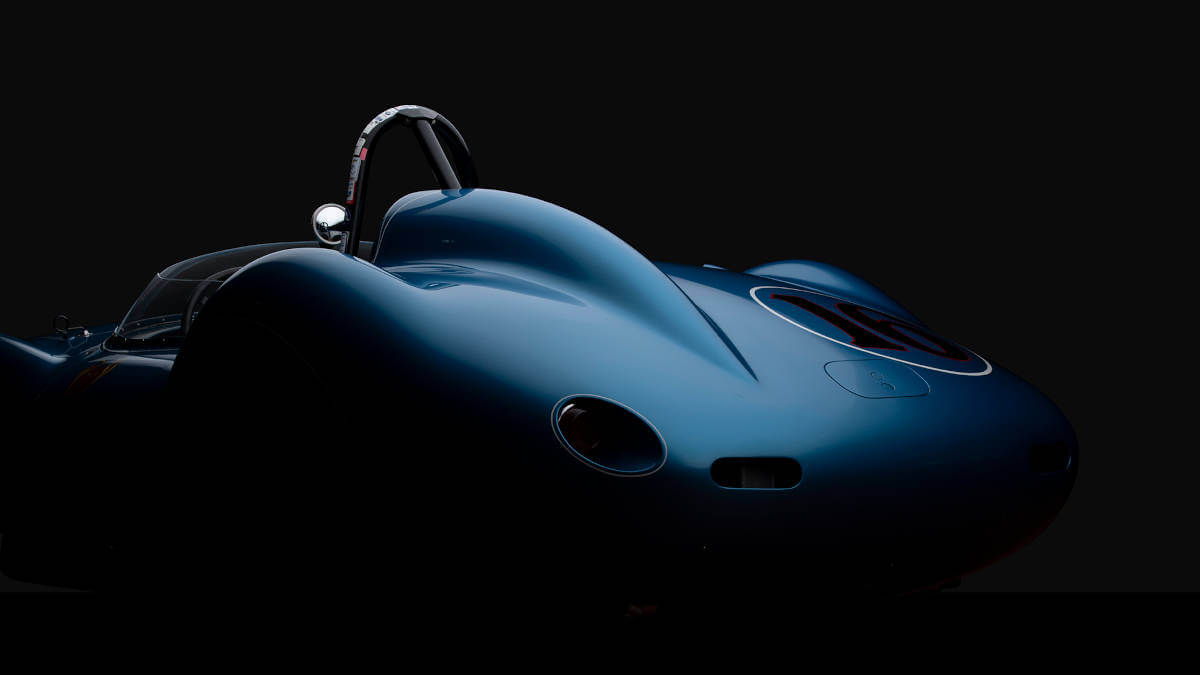 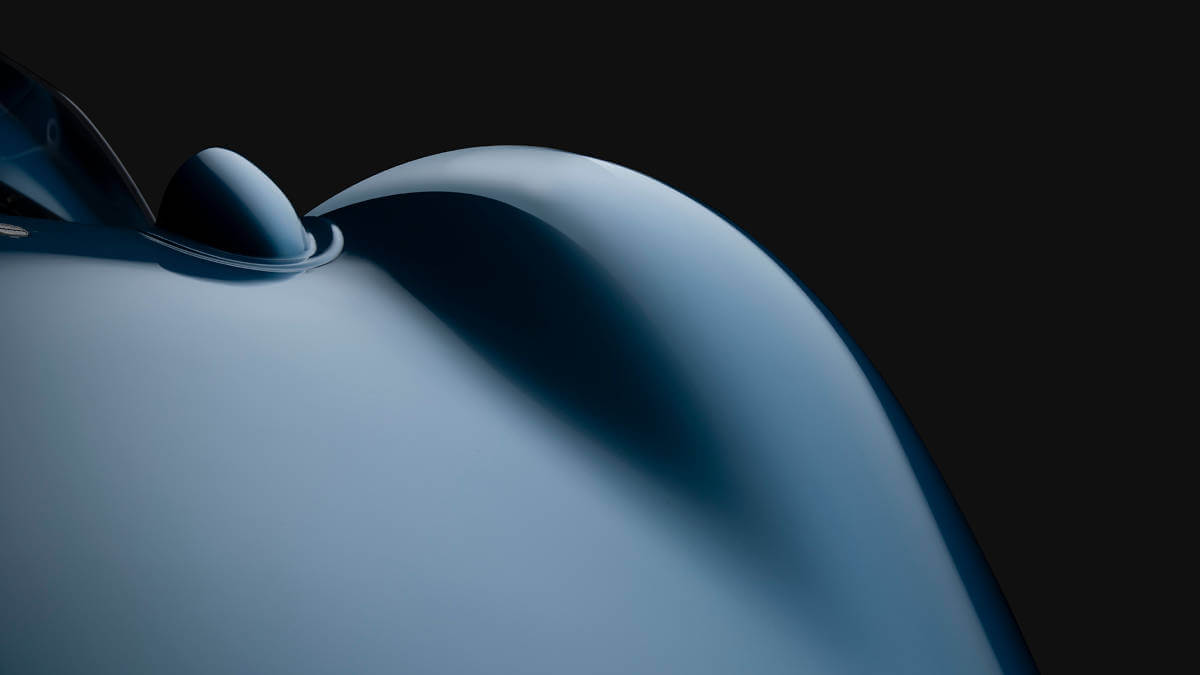 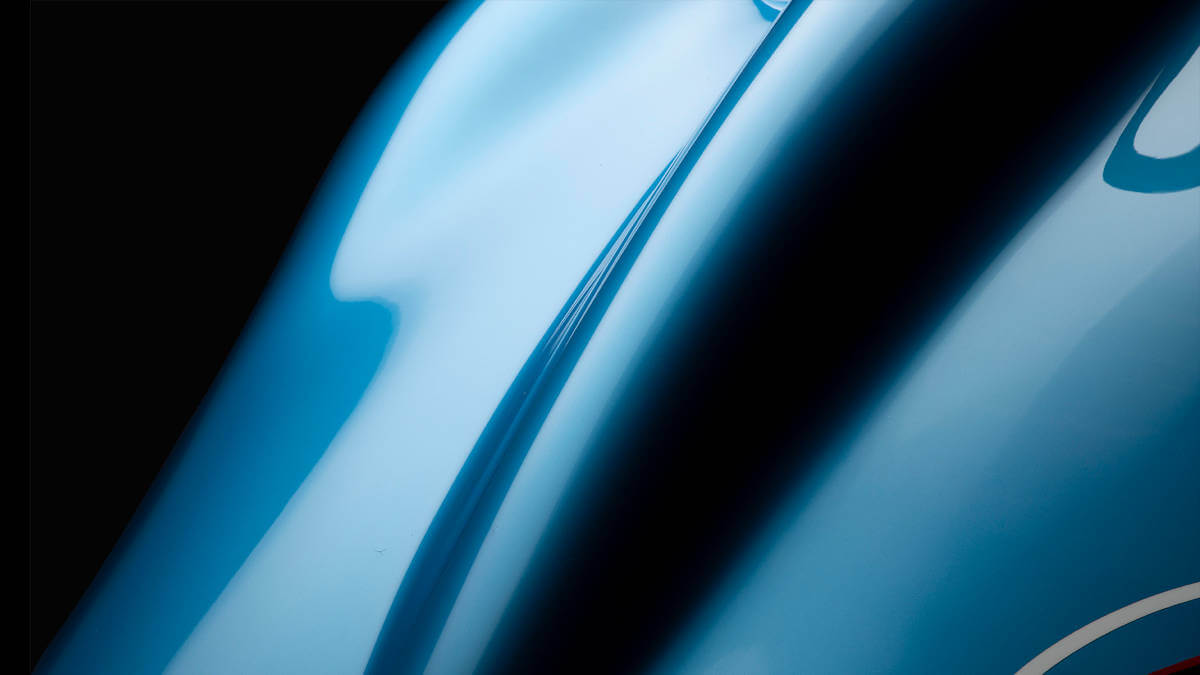 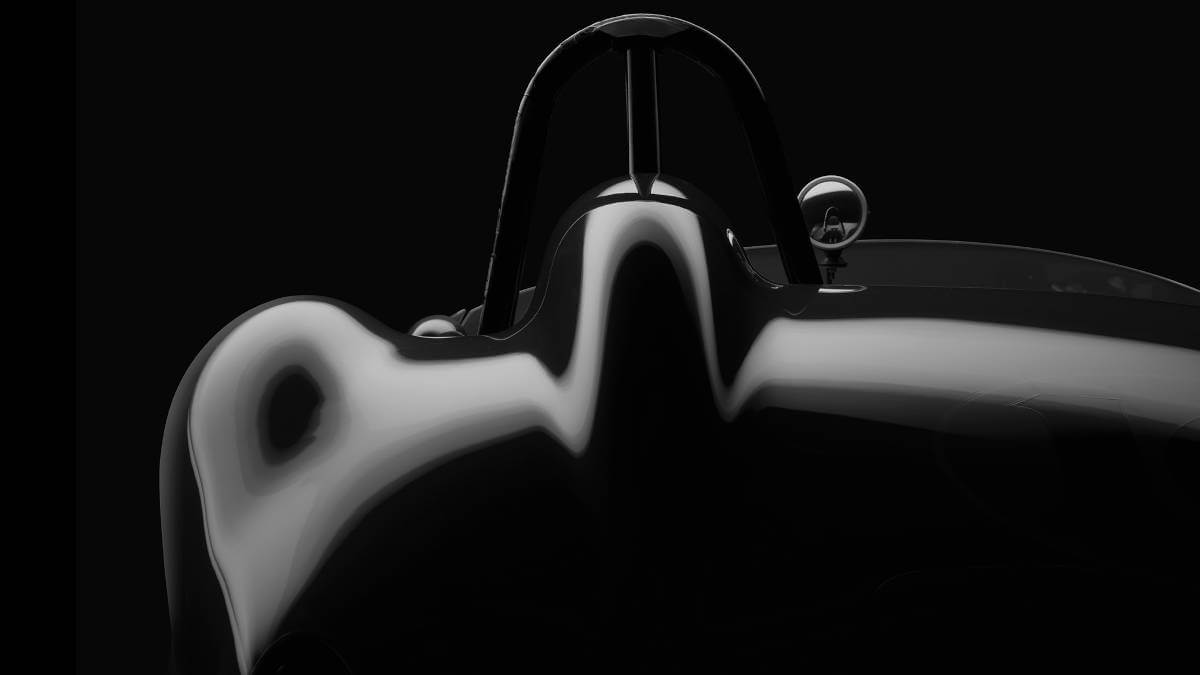 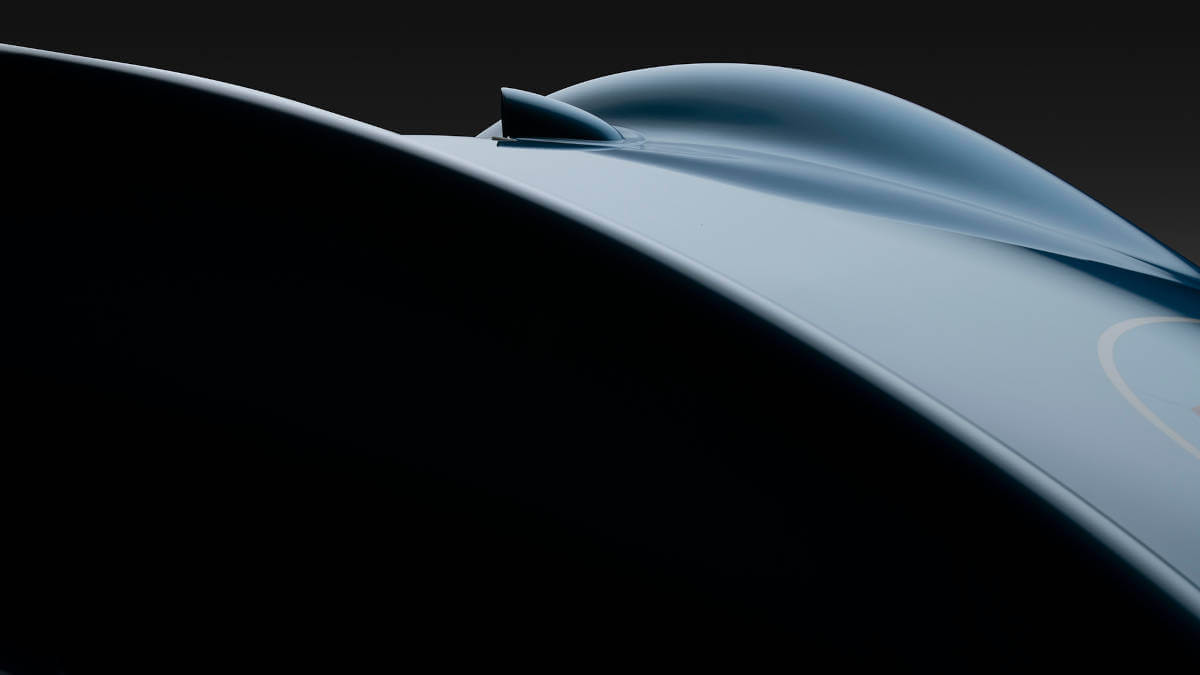 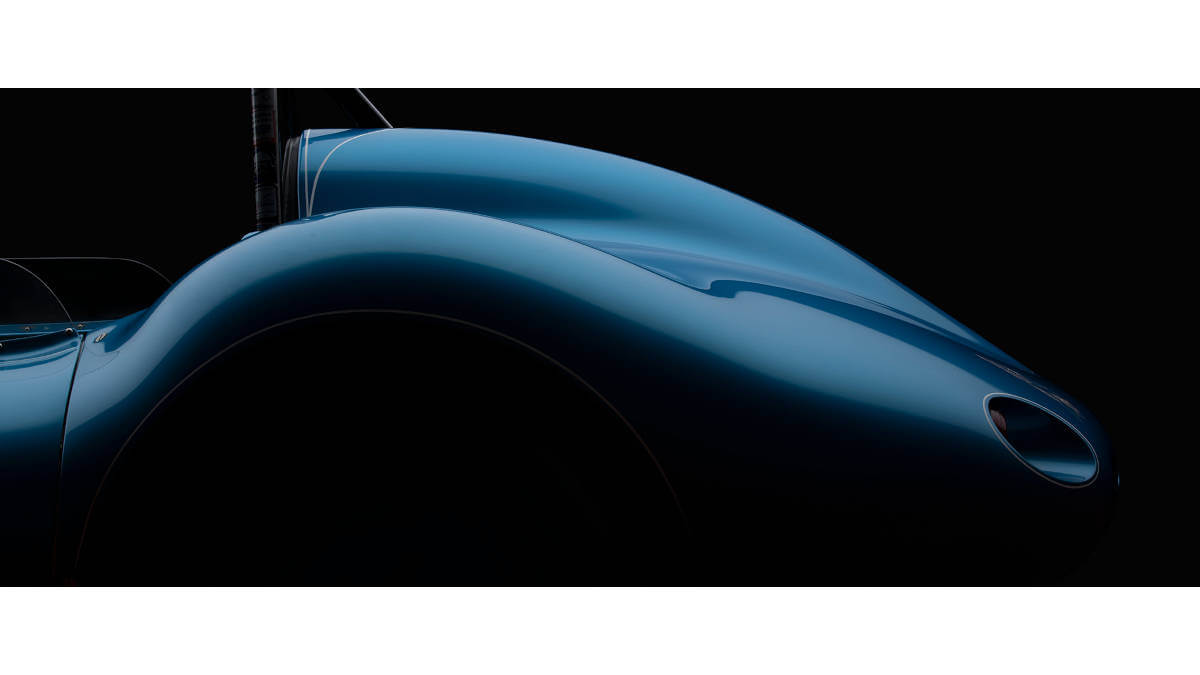 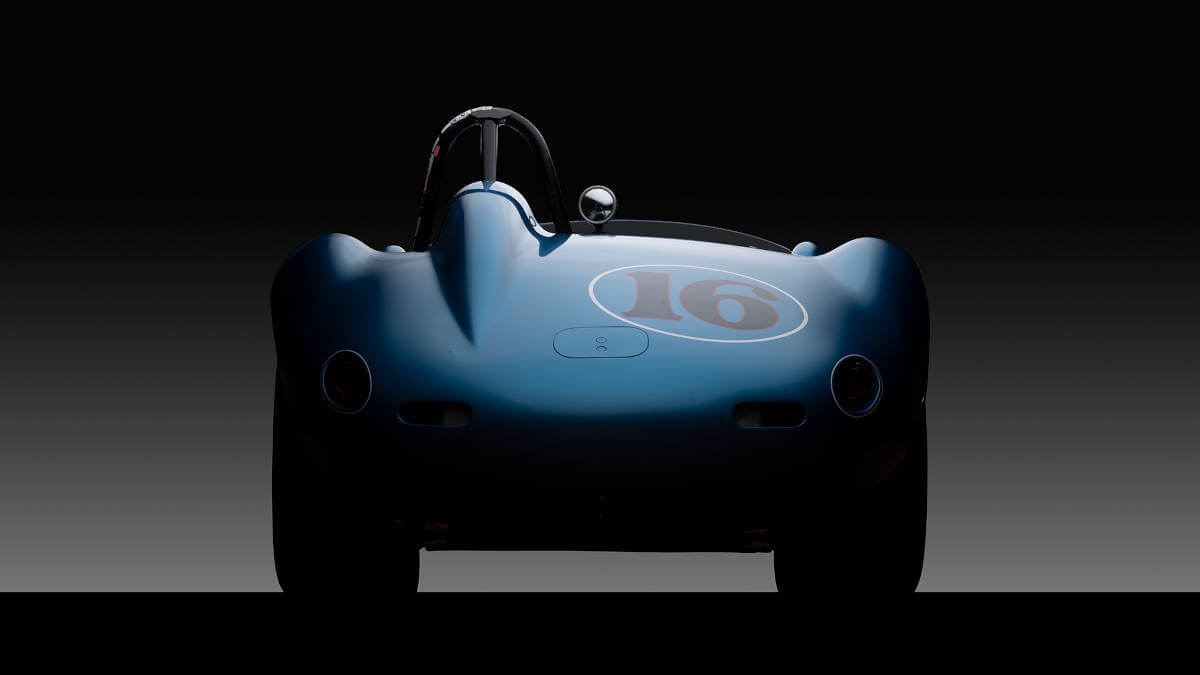 What do you do if you are a racing driver with specific ideas for your own sports car? In the 1950s, there was an opportunity to live out the dream and build your own sports car brand – provided you had the financial background. Lance Reventlow had both the racing skills and necessary finances, as he was one of the heirs to the Woolworth empire. Among other things, he competed in Formula 2. On a tour of the major European sports car manufacturers, he quickly discovered that his wealth wouldn’t help him. The teams kept the best cars for themselves and at best sold the previous year’s cars to private drivers like him.

So ther was only one solution: have a race car developed and produced himself. To do this, he bought Warren Olson’s sports car workshop in Los Angeles and founded Reventlow Automobiles Inc. (RAI). With the help of young designer Chuck Belly and a featherweight tubular space frame from Troutman & Barnes, the beautiful Scarab was created. A bored-out V8 smallblock engine from Chevrolet and a manual gearbox from the then-current Corvette were mounted behind the front axle.

A total of three examples of the Scarab were produced, two Mk.Is and a slightly improved Mk.II. Privateers used them for SCCA races throughout North America. Until the early 1960s, there were only few competing cars that could seriously compete with this American car. However, since there was never a financial strong factory team, there was no real comparison to European race cars on European race tracks. The Scarab also never took part in major racing events on other continents. Only at the 1958 Riverside Grand Prix the US car was able to demonstrate its capabilities against European works teams such as Ferrari with Phil Hill.

Under the management of Lance Graf von Haugwitz-Hardenberg-Reventlow, as his full birth name was, Scarab attempted to enter Formula 1 in 1960. Two corresponding race cars were specially built for this purpose, but their front-engine layout made them obsolete before their first start. In addition, the four-cylinder engines with desmodromic valve train developed in-house couldn’t withstand the many vibrations and movements on the race track. The team took part in five races, but only managed to cross the finish line in tenth place at the home race in Riverside.

For 1961, a new formula race car with an Offenhauser engine was built and raced by Chuck Daigh in the International Formula in Europe. This car was destroyed in a serious accident during a race in the UK and another monoposto was built for 1962. The Buick engine now used sat behind the driver. However, at the same time the FIA changed the rules for the largest Formula class, which meant that the new Scarab could never be used in Europe. In fact, it was only used once: in the Sandown International Cup, a Formula Libre race in Australia.

In 1963, the final project was a two-seater racing car that again featured a Buick V8 engine behind the seats. Lance Reventlow was so enthusiastic about this car that he somehow convinced the California licensing authorities and actually obtained license plates for the race car so that he could test drive it in traffic. Despite a second-place finish at Santa Barbara, however, he increasingly lost interest in his sports car brand. He then sold the company to Texan John Mecom jr. who had already been running his Mecom Racing Team since 1960. After a Chevrolet engine was mounted in the final Scarab, A.J. Foyt raced it to a number of victories at the 1963 Nassau Speed Week in the Bahamas. The following year, Walt Hansgen won the Bridgehampton 500.

Lance Reventlow shifted his interest to other business areas and got a pilot’s license. In 1972, he and business partners planned a ski resort in Aspen, Colorado. On a sightseeing flight with Reventlow and partners aboard, an inexperienced pilot steered the private Cessna into a blind canyon during a thunderstorm. However, while attempting to steer the aircraft out by climbing, he overshot, causing the plane to crash. All occupants were killed.