In this issue of Automotive Art, Bill Pack delights us with a lesser-known representative of the 356. Porsche presented the 356 A Convertible D in 1958 as the successor to the legendary Speedster. However, this version was much more suitable for everyday use and more comfortably equipped. It also tells the story of an almost forgotten designer and a German coachbuilding company.

20 feet from stardom, this phrase describes the life of Erwin Komenda who developed the body of the VW Beetle and the most important three number sets in history: 356, 550, 901, and the lightweight fiberglass body of the 904. Yet history doesn’t readily reflect this information. Why?

He was born on April 6, 1904 in Jauern am Semmering. His father was the technical director for the first power station in Semmering and Weyer-Enns, where the family relocated in 1913. Erwin studied at the higher technical institute for iron processing in Steyr from 1916 to 1920. He made a switch in direction in 1920 and worked as an automotive designer in the Wiener Karosseriefabrik. Between 1920 and 1926 Erwin completed a bodywork design course at the Vienna Technological Museum of Trade.

In 1926 Ferdinand Porsche came to Steyr as Technical Director after leaving the Daimler-Benz AG. It was here that Erwin and Ferdinand first met. In 1929 Erwin became the chief designer of the experimental and body development department of Daimler-Benz AG in Sindelfingen. In 1933 Erwin joined forces with Ferdinand Porsche as head of the bodyworks department at the engineering and design company of Porsche. A position he retained until he passed in 1966.

As the new generations of the Porsche family started to rise in the company, a continuous change in the relationship between Erwin and the Porsche family developed. This fraction was most evident in the development of the 901. Erwin wanted to hold to the lines of the 356 while Butzi Porsche wanted more sporty modern lines. In the end it became a blending of ideas that gave birth to the most famous lines in the automotive world, the 911.

As you view this example of the 1959 Porsche 356 A Convertible D, get to know and discover Erwin Komenda. The man who drew the famous lines of the 356. 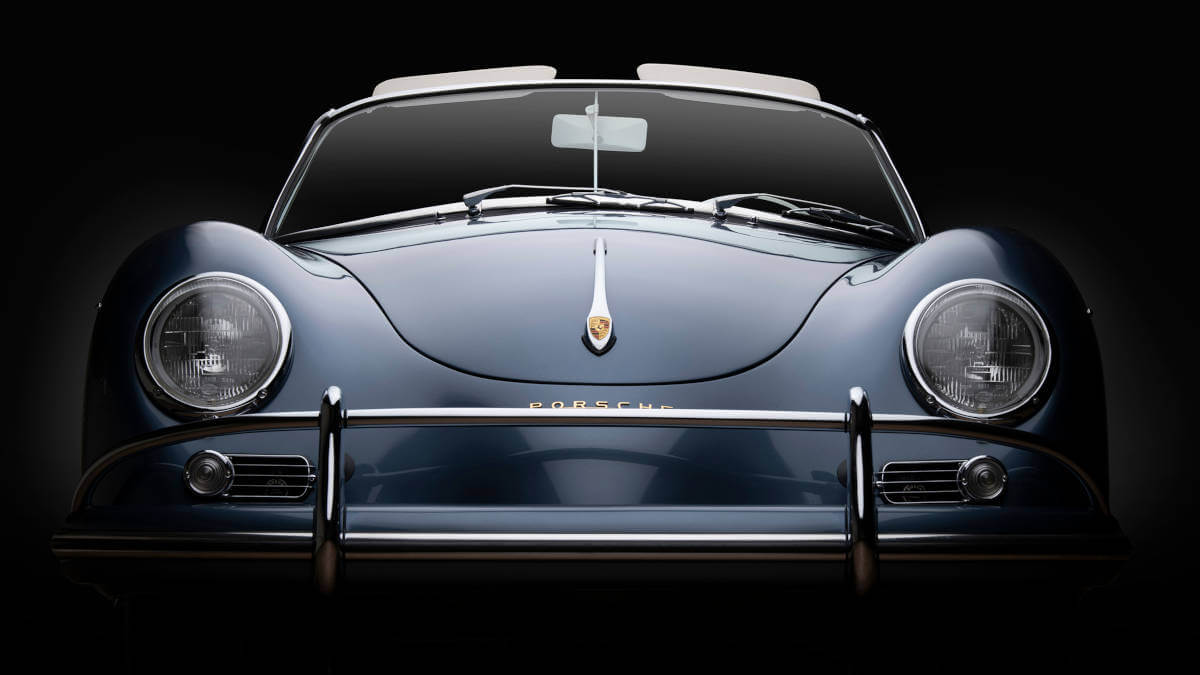 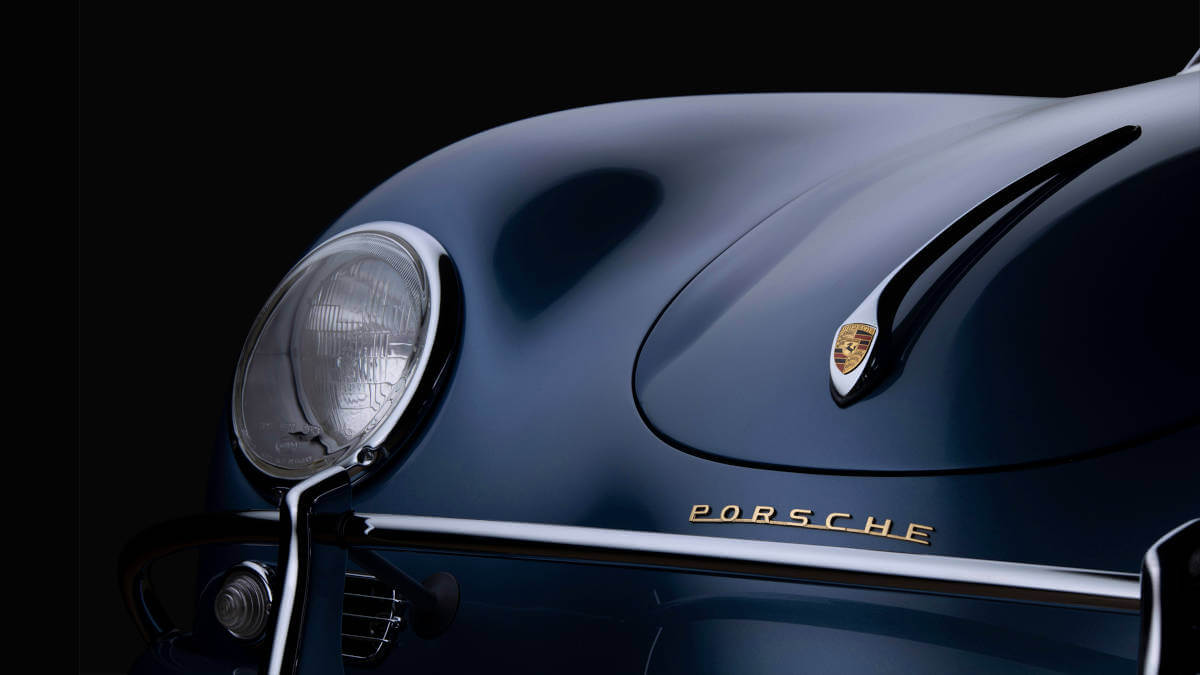 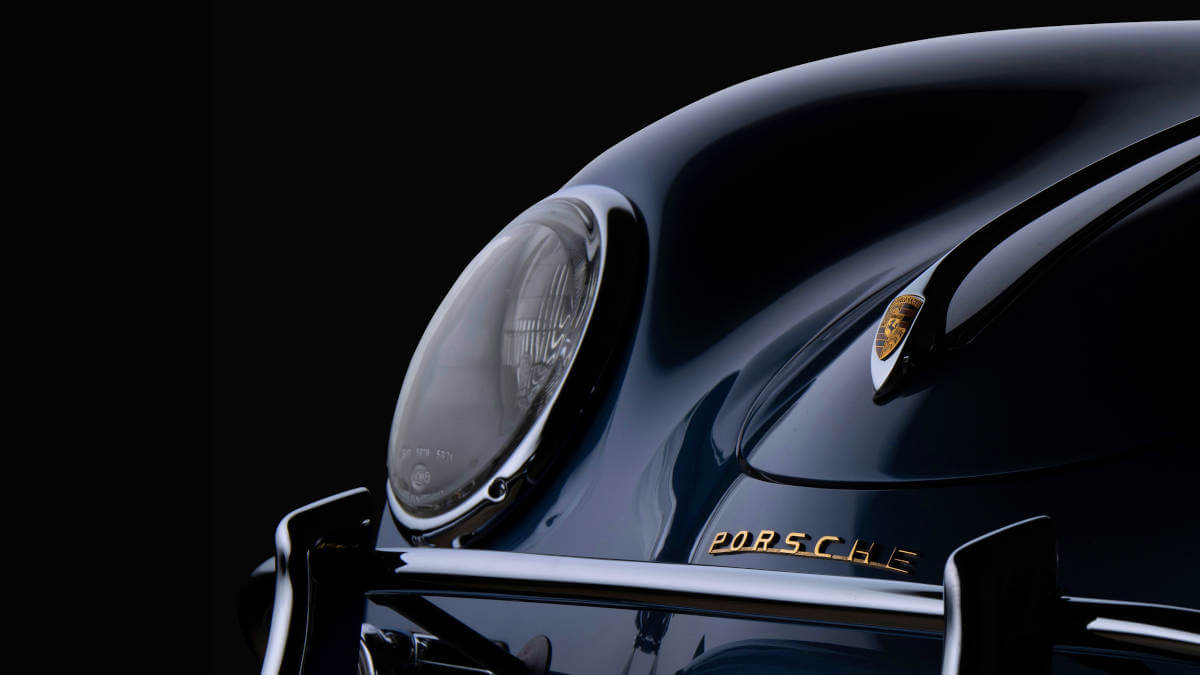 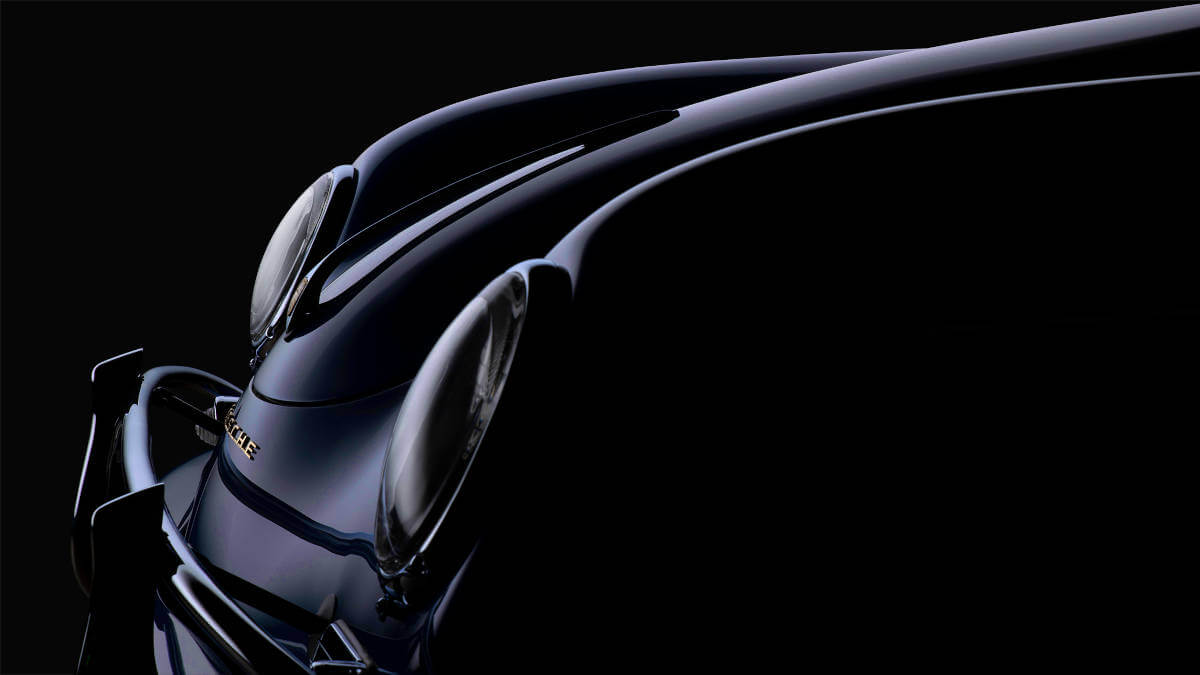 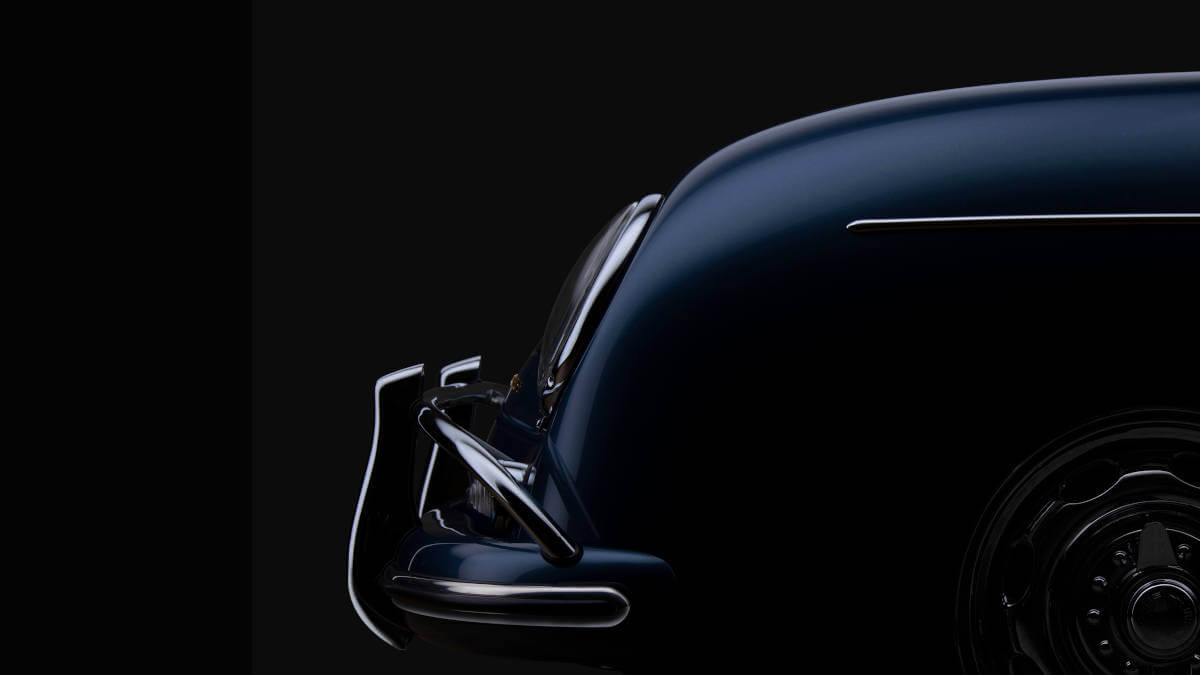 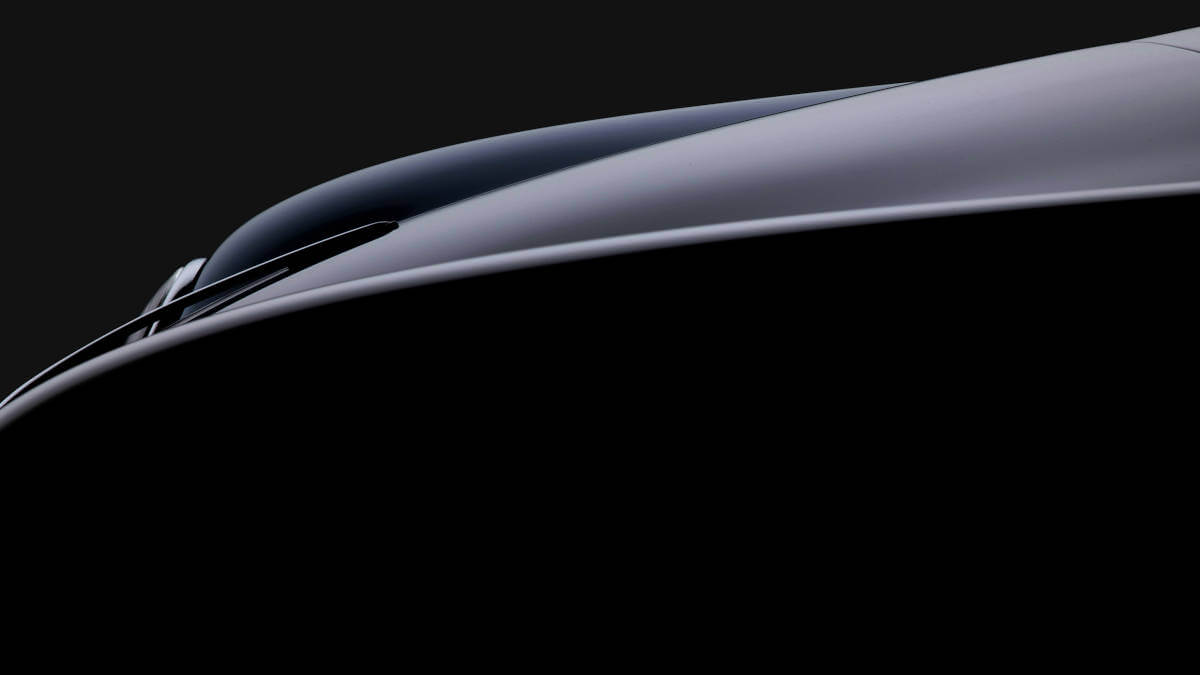 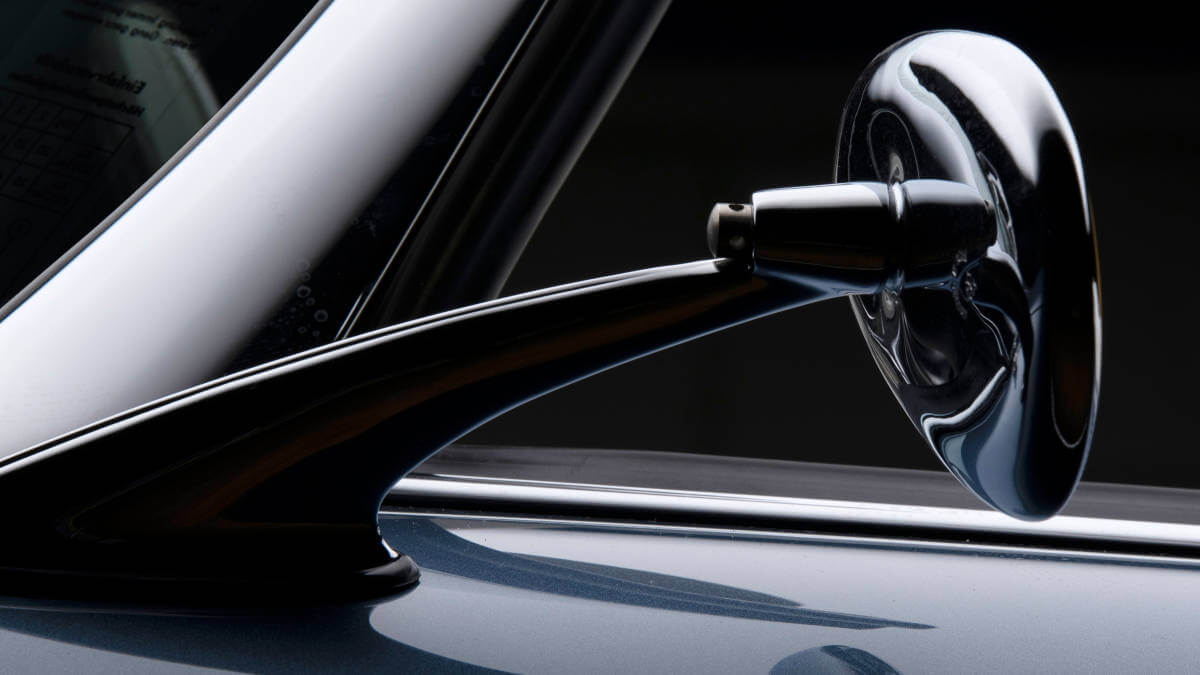 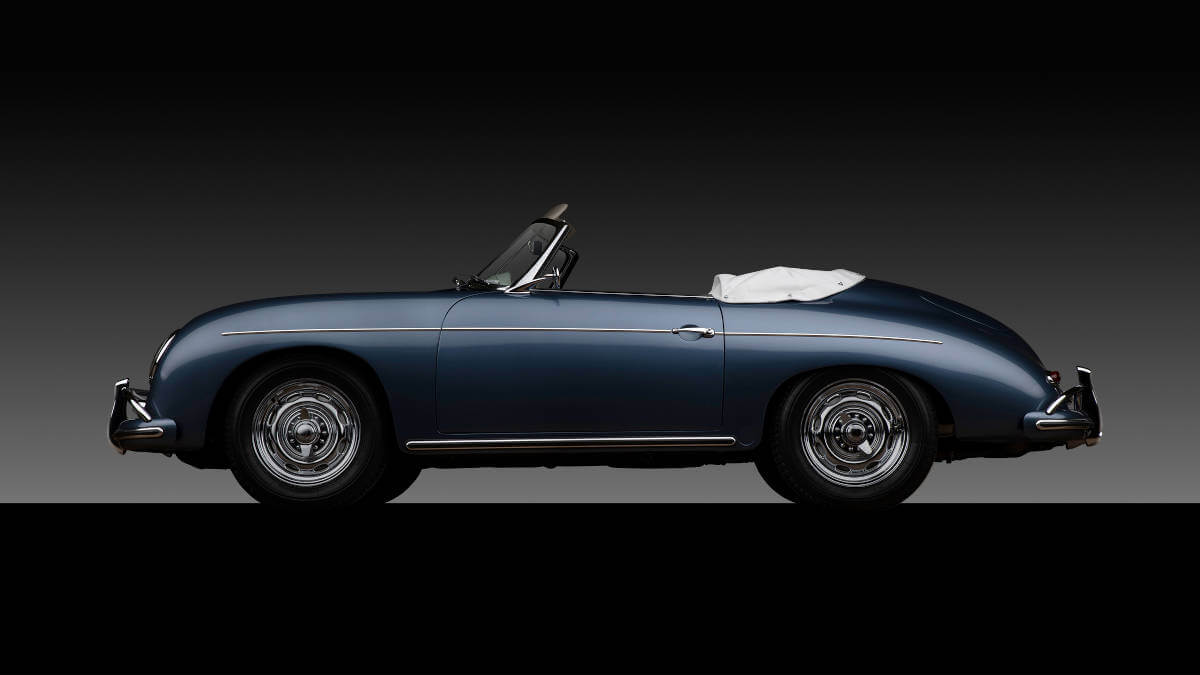 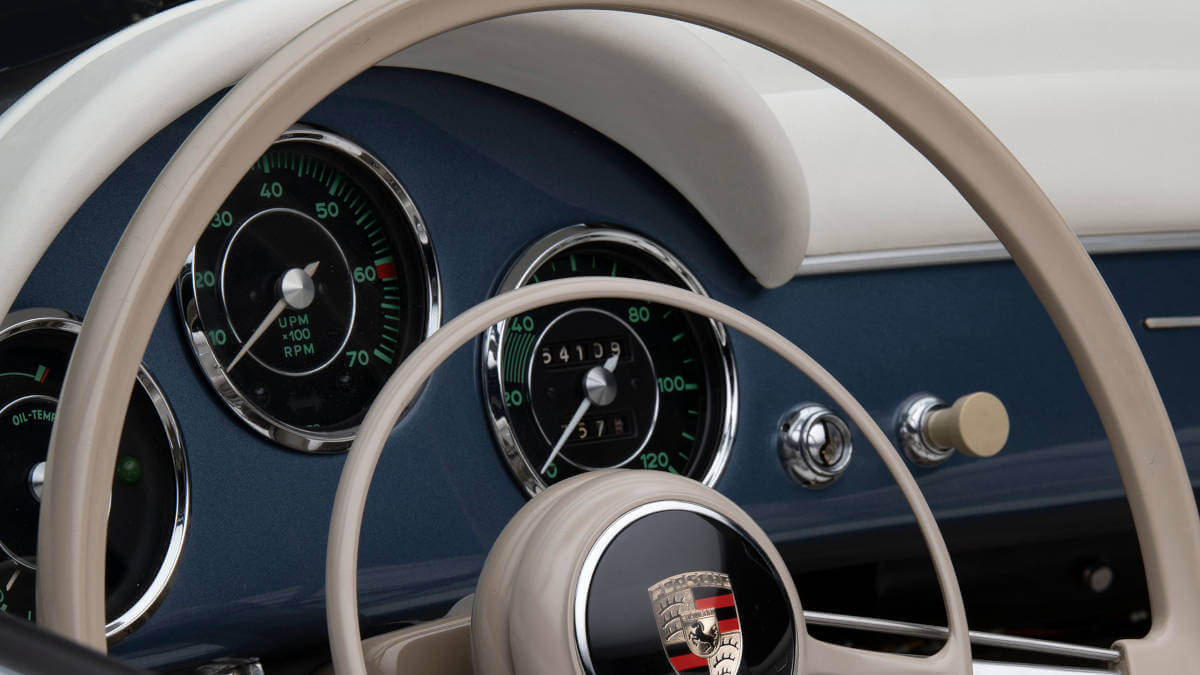 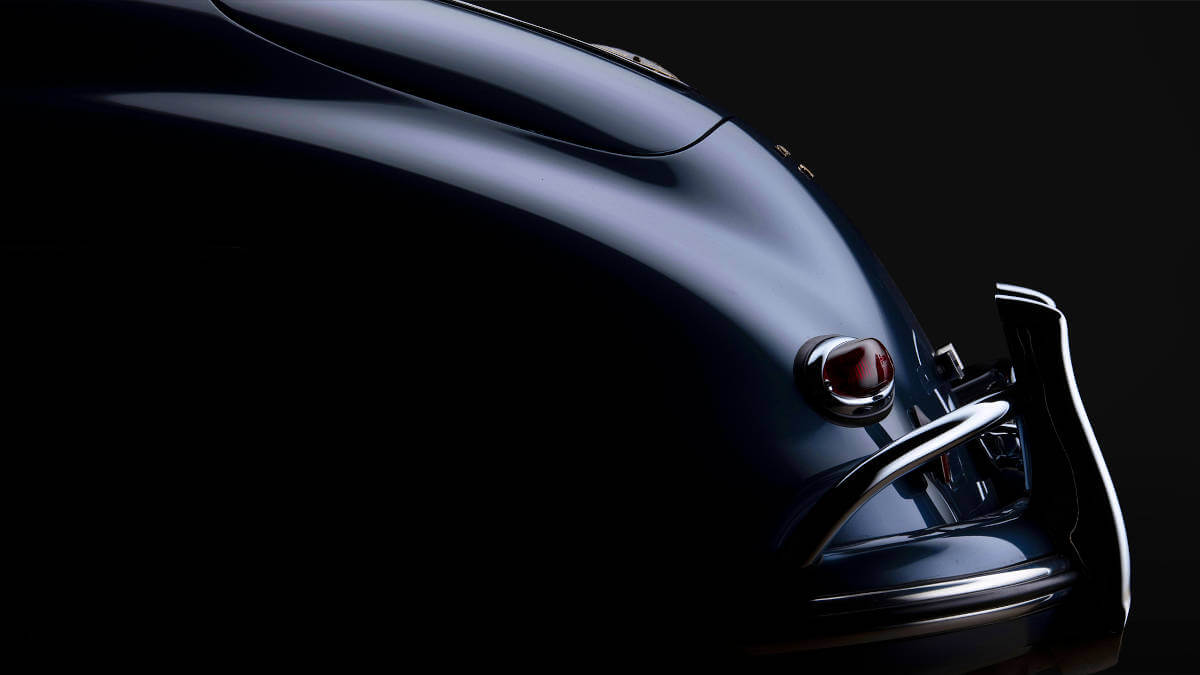 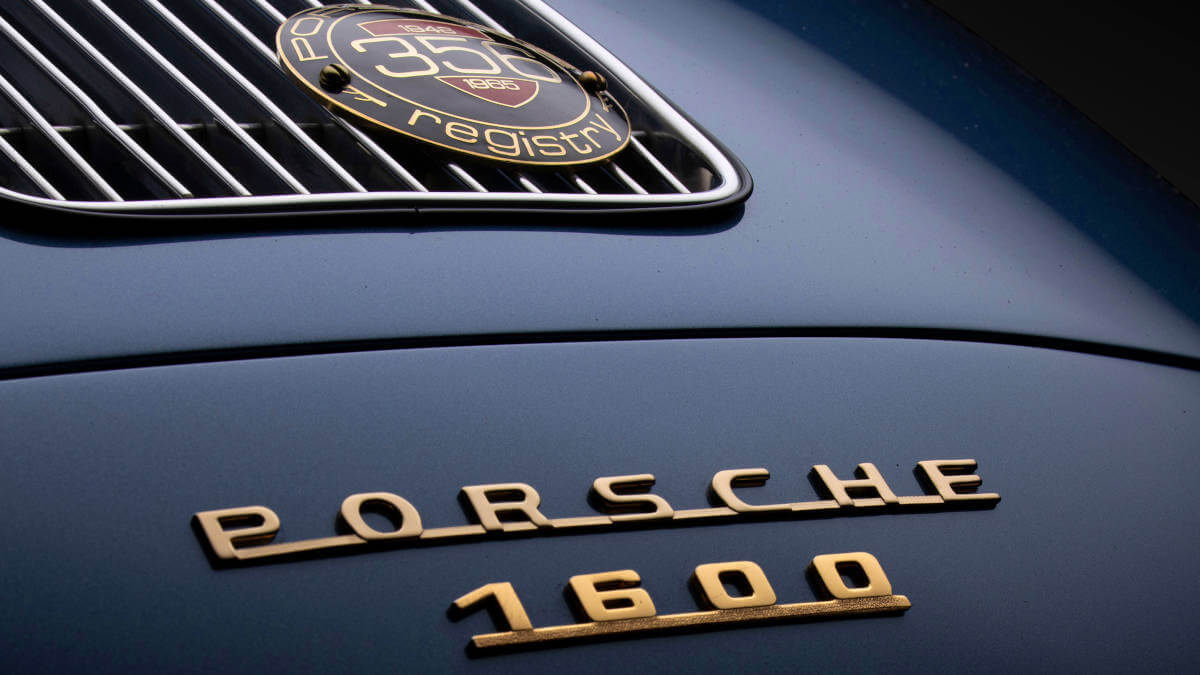 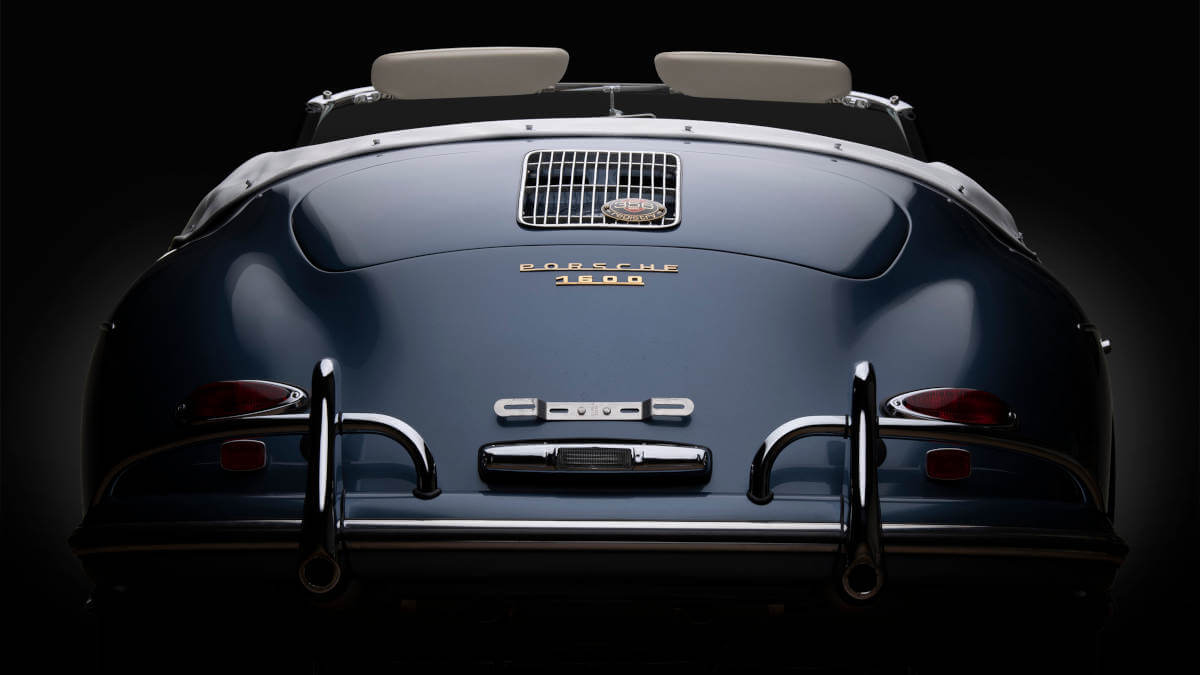 Erwin Komenda’s life’s work isn’t the only thing that is virtually unknown. The same applies to the company Drauz, where the Convertible D was once produced. The Porsche 356 A Convertible D itseld is also one of the lesser-known variants of this sports car model. The basic design corresponds to the 356 Cabriolet and the 356 Speedster. The latter, as is well known, was created at the behest of the then US importer Max Hoffman, who wanted an inexpensive entry-level version for racing-mad private customers. What once appeared on US price lists as the cheapest version of the 356 is now one of the most expensive ways to own a Porsche 356.

However, Porsche kept the 356 Speedster in its model lineup only until 1957. It had exceeded expectations and made the small German sports car brand famous in the US and other parts of the world. In Zuffenhausen, however, they considered that there was still room for a second open-top variant alongside the classic Cabriolet. For this purpose, the company teamed up with the coachbuilder Drauz in Heilbronn. Carriages and eventually bodies for NSU had been built here since 1900. After World War 1, Drauz specialized in the production of convertibles and acquired Fiat and Adler as new customers, as well as Ford from 1929. In the same year, the company also took over its competitor Kellner from Berlin.

In addition to convertibles, Drauz also built steel truck cabs on the assembly line from 1933. This range was expanded four years later to include buses and trailers. In 1944, bombs destroyed the production facilities. Thus, after the war, production continued only with wooden hand trucks. It wasn’t until 1947 that sufficient production resources were available again to produce bus bodies for Büssing and Henschel again. Even before Kässbohrer, the company developed a self-supporting bus body in 1951. In addition, NSU and Ford remained as customers for convertibles or the Ford FK 1000 light commercial vehicle.

Porsche ordered a light and sporty convertible from Drauz with the basic design of the Speedster. The change was a higher windshield, which offered more protection from the weather and also allowed a proper soft top. The Speedster had previously only had an emergency soft top or, alternatively, a tarpaulin, the latter being mainly suitable for the parked car. Porsche called the new model “Convertible D” (D for Drauz). It was also given crank windows instead of the plug-in windows of the Speedster. The driver and passenger sat on the normal seats from the 356 Coupé and Cabriolet. Between 1958 and 1961, 3,514 examples were built, representing around 16.7 percent of total Porsche 356 A production.

Drauz’s body department was taken over by NSU in 1965, while the rest of Drauz concentrated on plant and tool construction. Further mergers, restructuring and sales of the company led to its renaming as Krupp Drauz and finalle ThyssenKrupp Drauz. Today it continues to exist as ThyssenKrupp System Engineering.