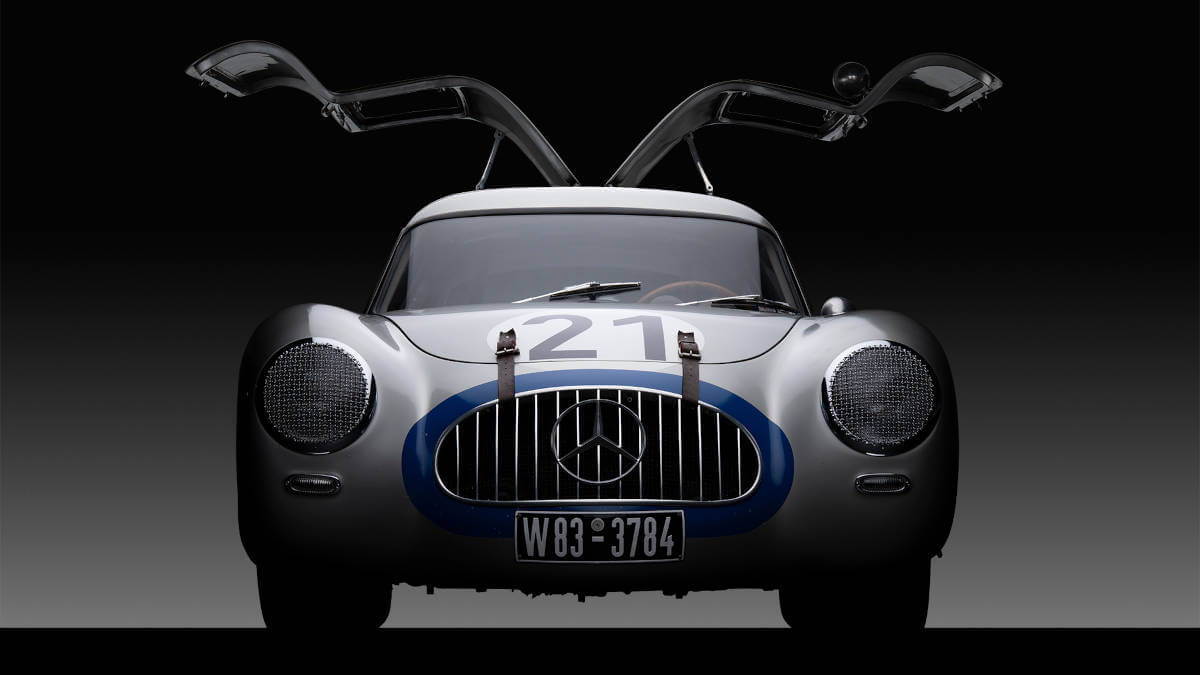 The third year of the Automotive Art section by Bill Pack and Secret Classics starts with the legendary Mercedes-Benz 300 SL. However, it is not about the street sports car, but the 1952 race car instead. Discover the differences together with us.

One of these destinations was a western state where I spent the day with Rudolf Uhlenhaut’s creation, the 1952 Mercedes-Benz 300 SL (W194).

Rudi was born on July 15, 1906 to Max and Hilda in the northern London suburb of Muswell Hill. Max was a German national, who during his tenure as head of the London branch of the Deutsche Bank met an English girl, Hilda Brice. The two were married in 1904.

Rudi had spent much of his childhood traveling between the two countries and by the age of 8 spoke both English and German fluently and imbued with what was to be a lifelong affinity with the country of his birth. This duality created complications for Rudi, first in 1914, at the break out of World War 1, his family made a hasty move to Brussels and again in 1939. For Rudi there were no right answers. No matter what he did, the other side always ended up being suspicious of him.

Many in times of conflict turn inward and their expressions emerge through work or creative outlets. It is known that he was multilingual, multicultural, extremely well educated, urbane and modest, a quiet family man who loved to sail and ski. He did not call attention to himself and was referred to as a gentleman, yet he earned the title as “the driving engineer” by his peers and drivers.

One example was when Juan Manuel Fangio, while at the 1955 Nürburgring Grand Prix, mentioned that his car was not set up properly. Rudi, in a shirt and tie, jumped in the car and turned in a lap 3 seconds faster than Fangio. His only comment was: “He should practice a little more”.

He may have been quiet and understated, but his ideas, engineering and designs were thunderously evident. In this collection of images discover the line of the man who became known as the creator of the Silver Arrows and “The Father of the Mercedes-Benz 300 SL”. 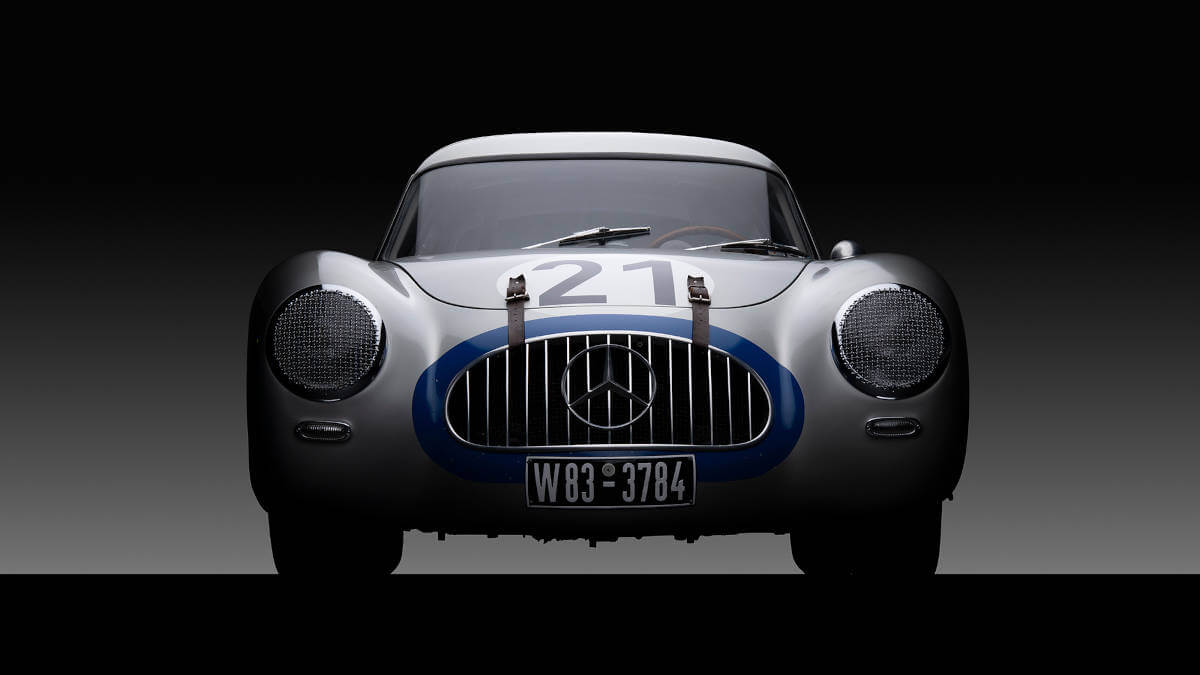 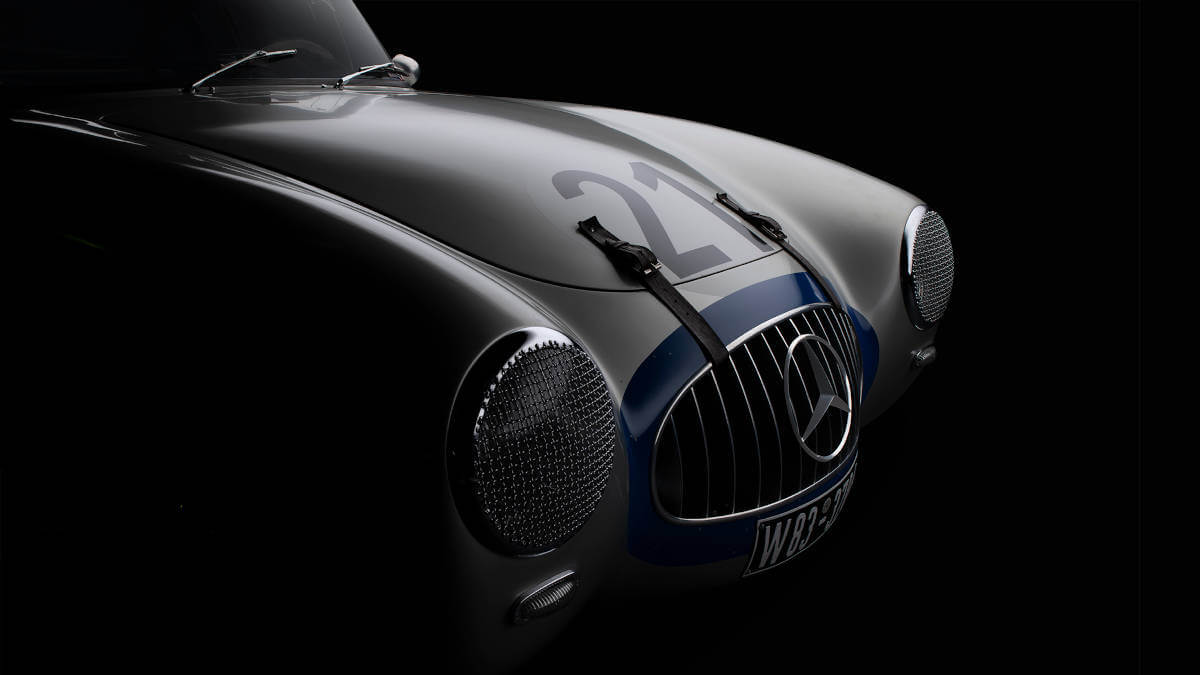 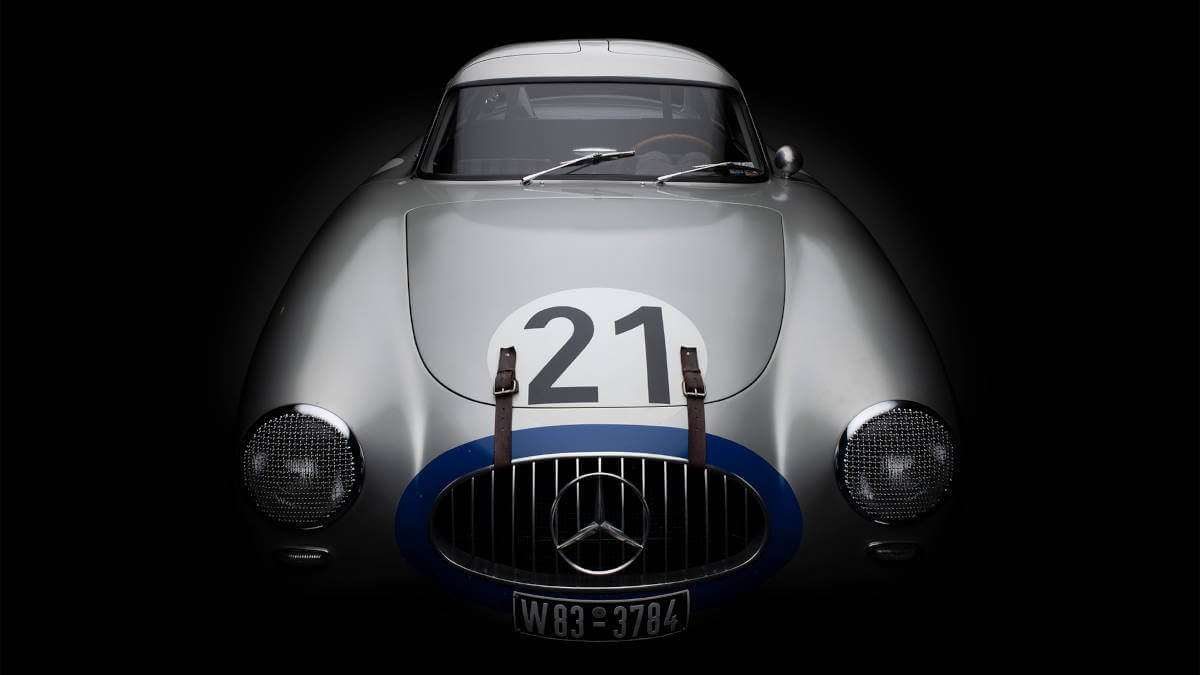 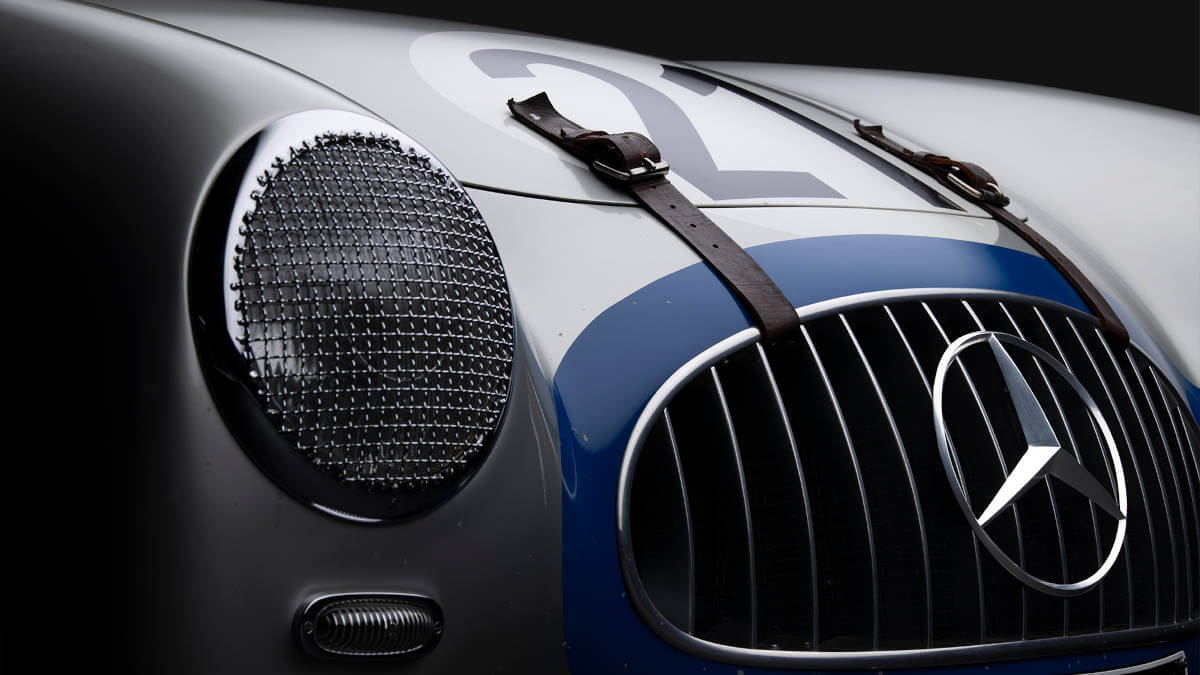 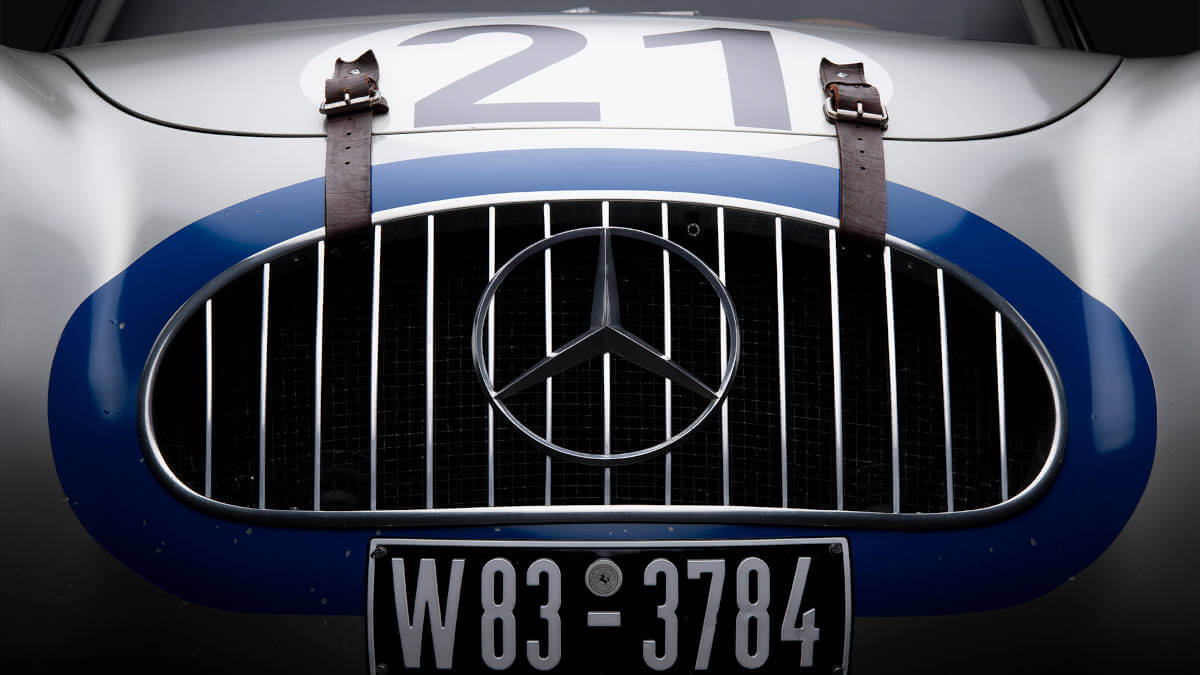 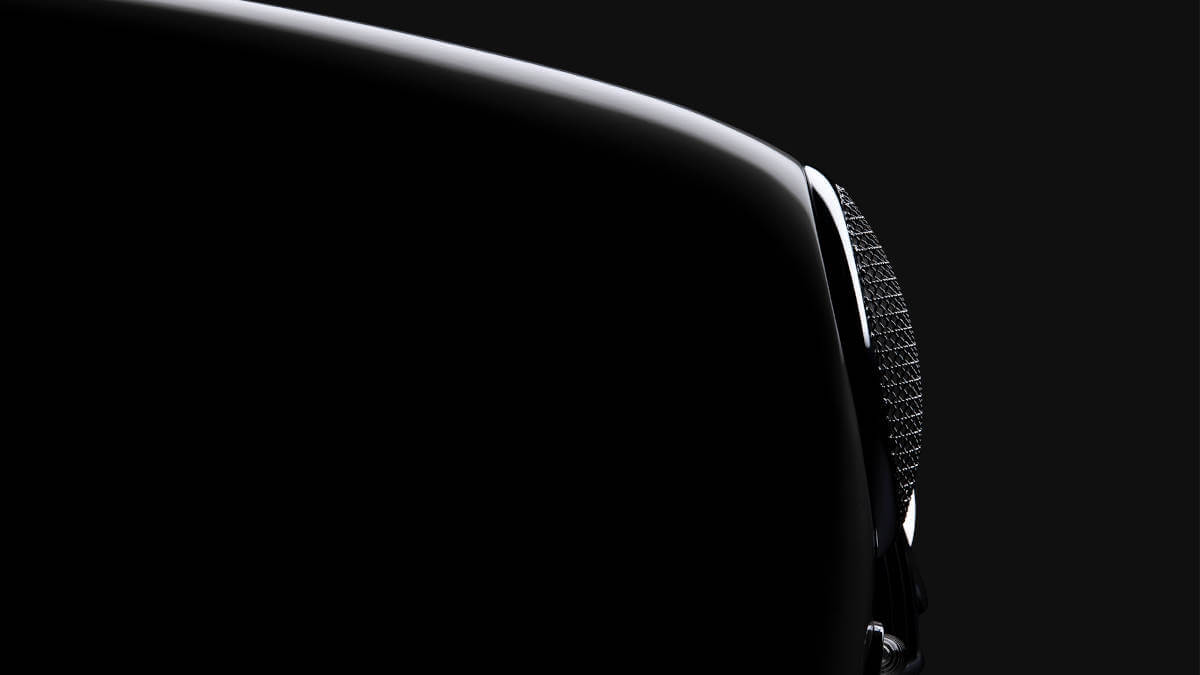 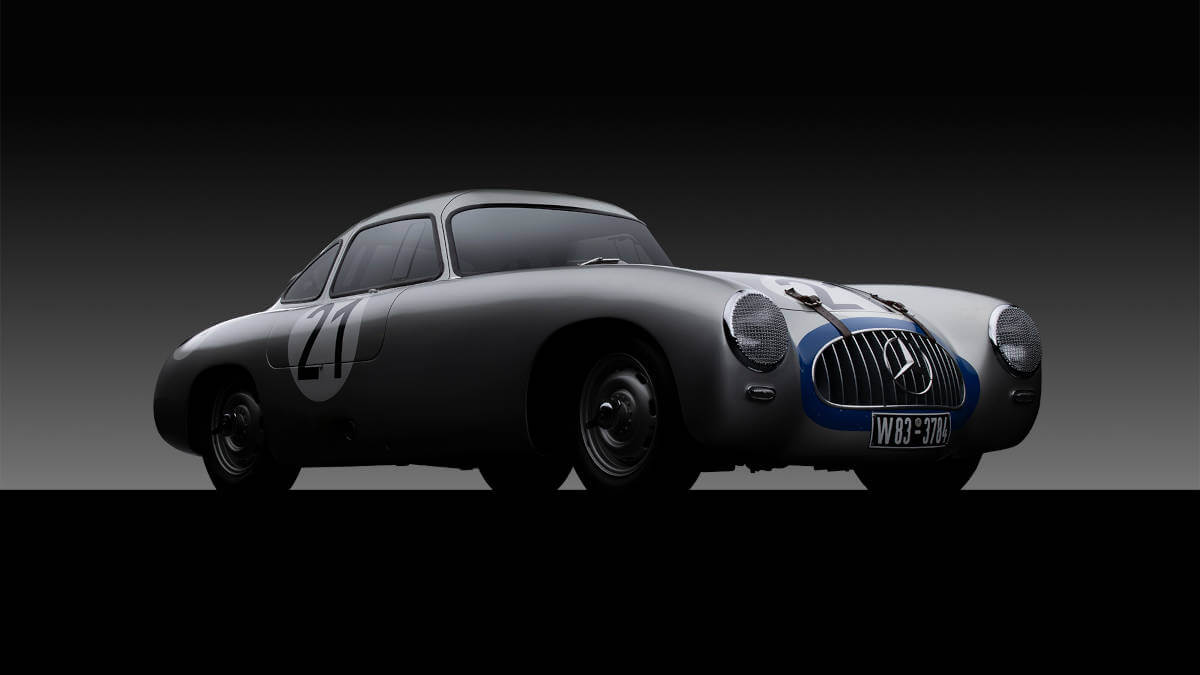 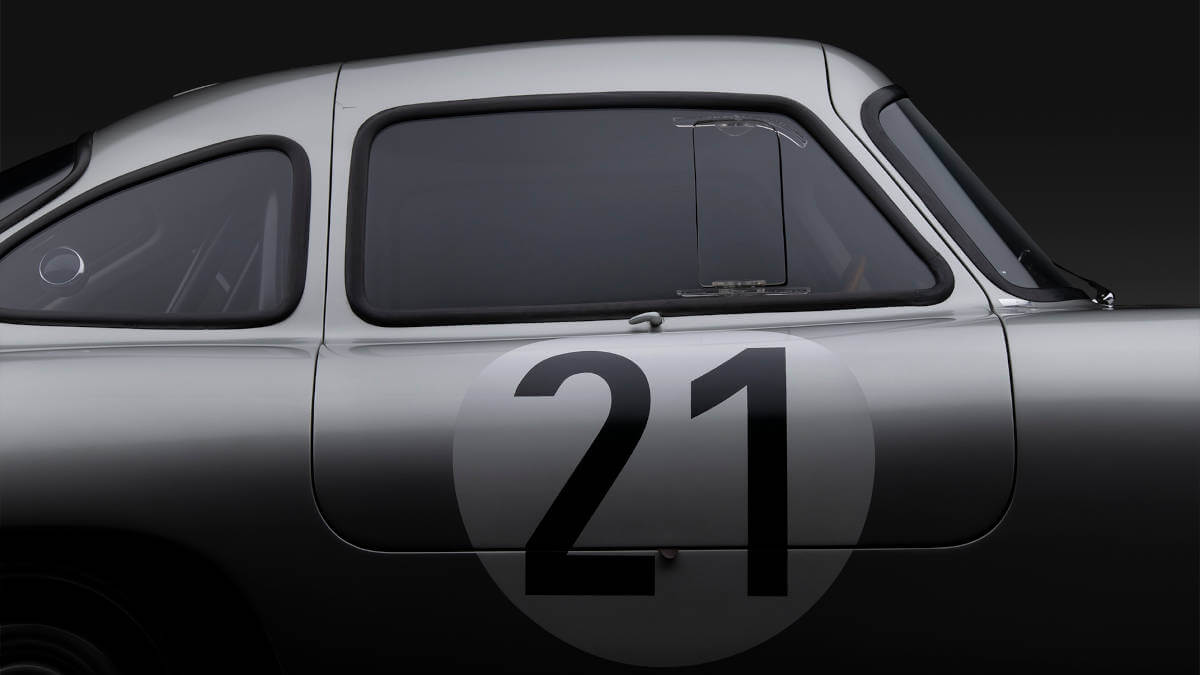 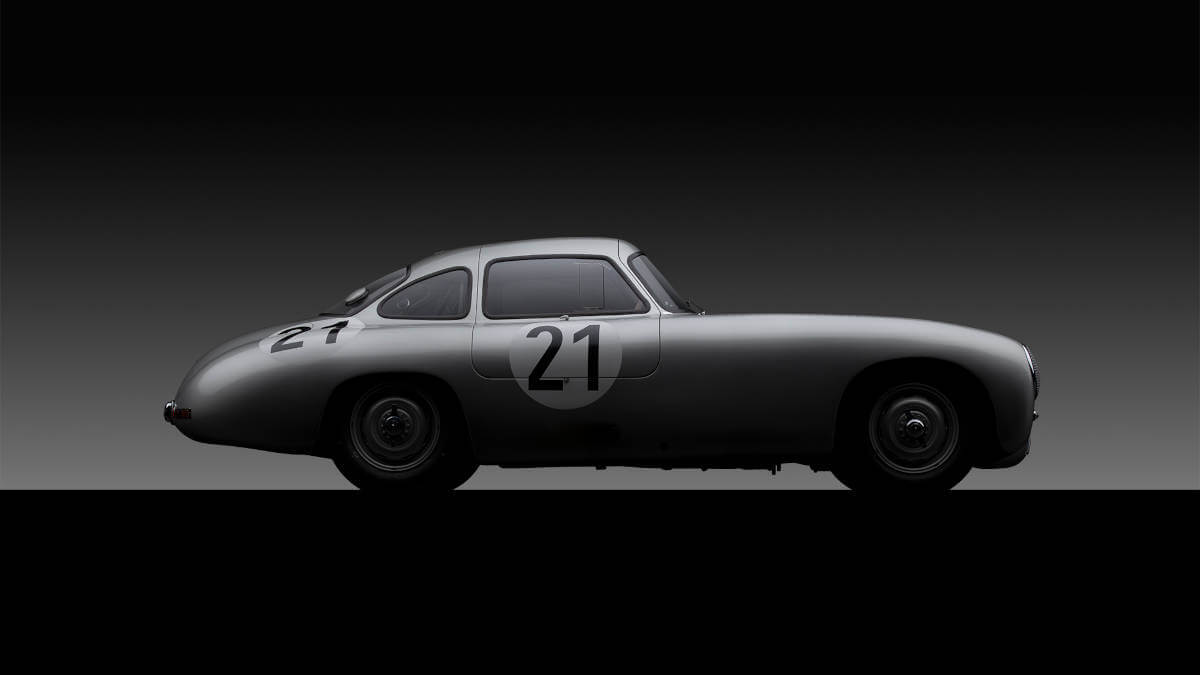 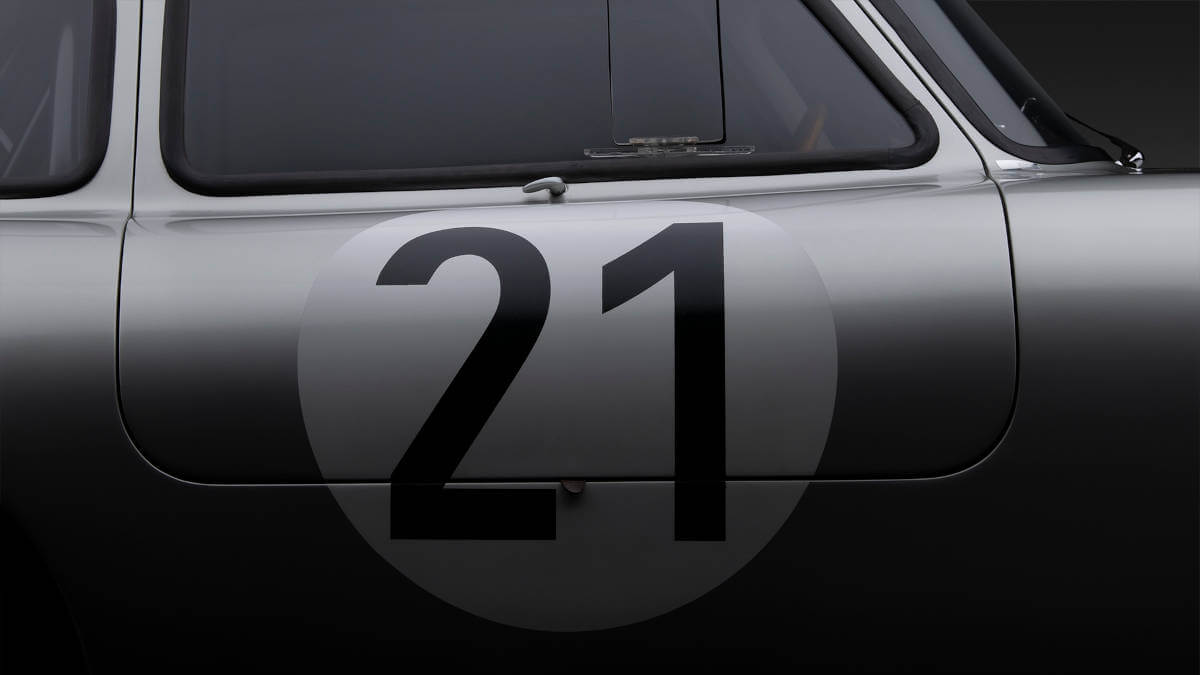 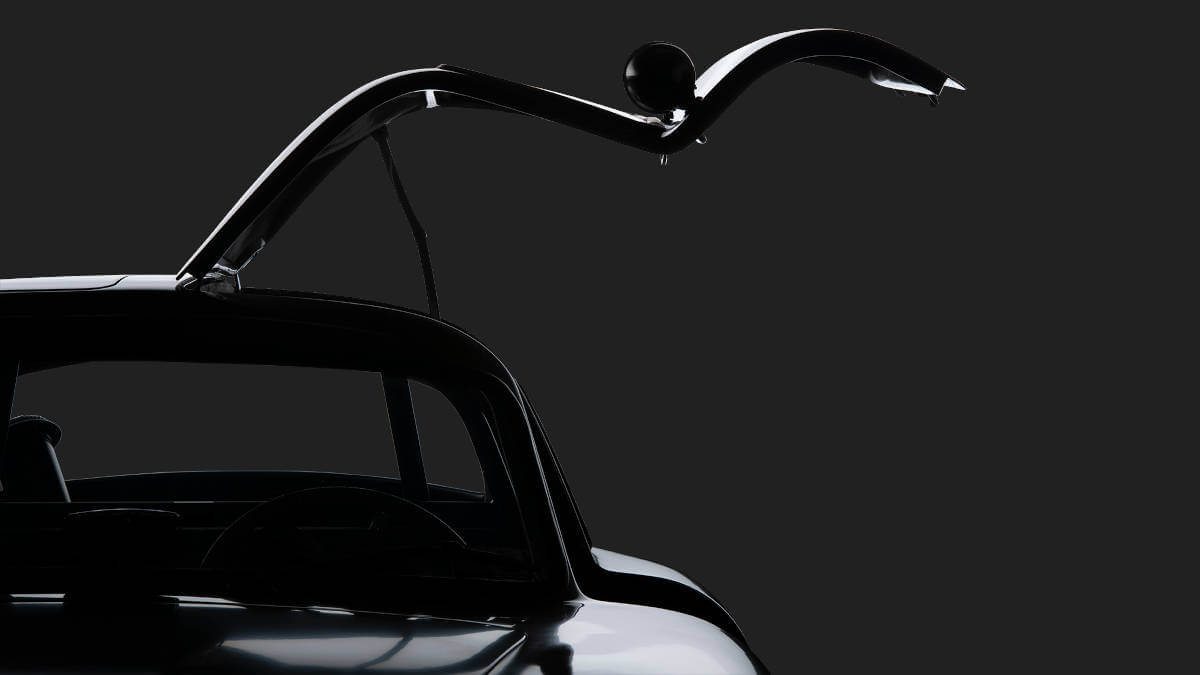 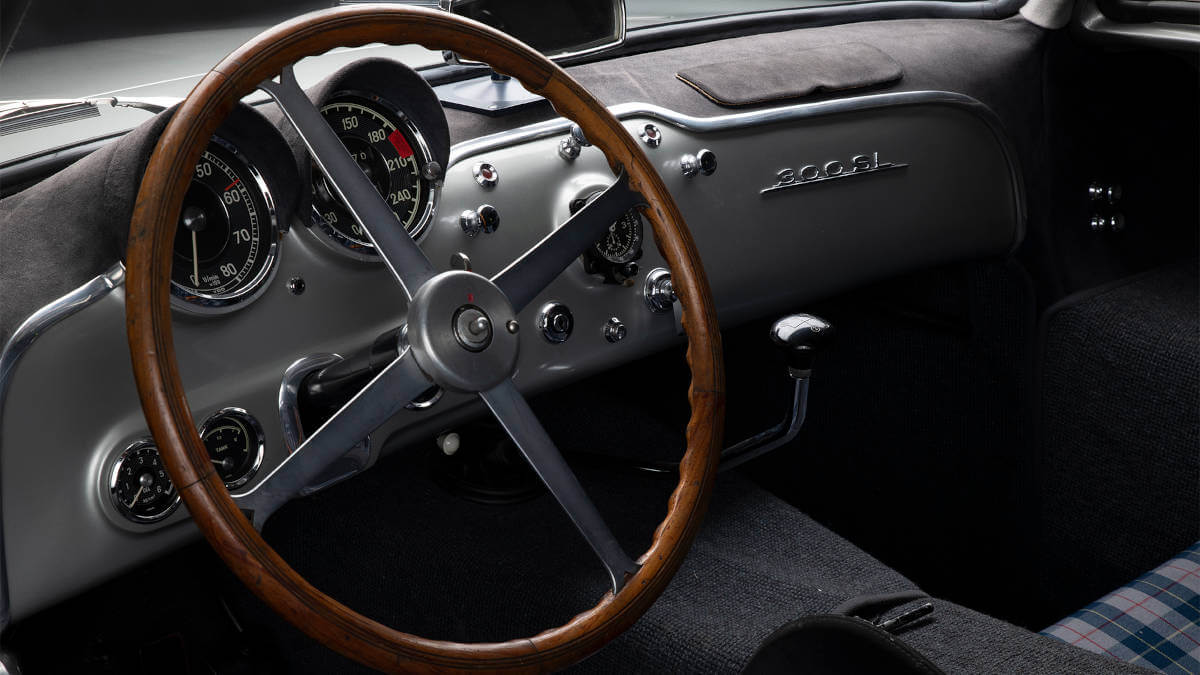 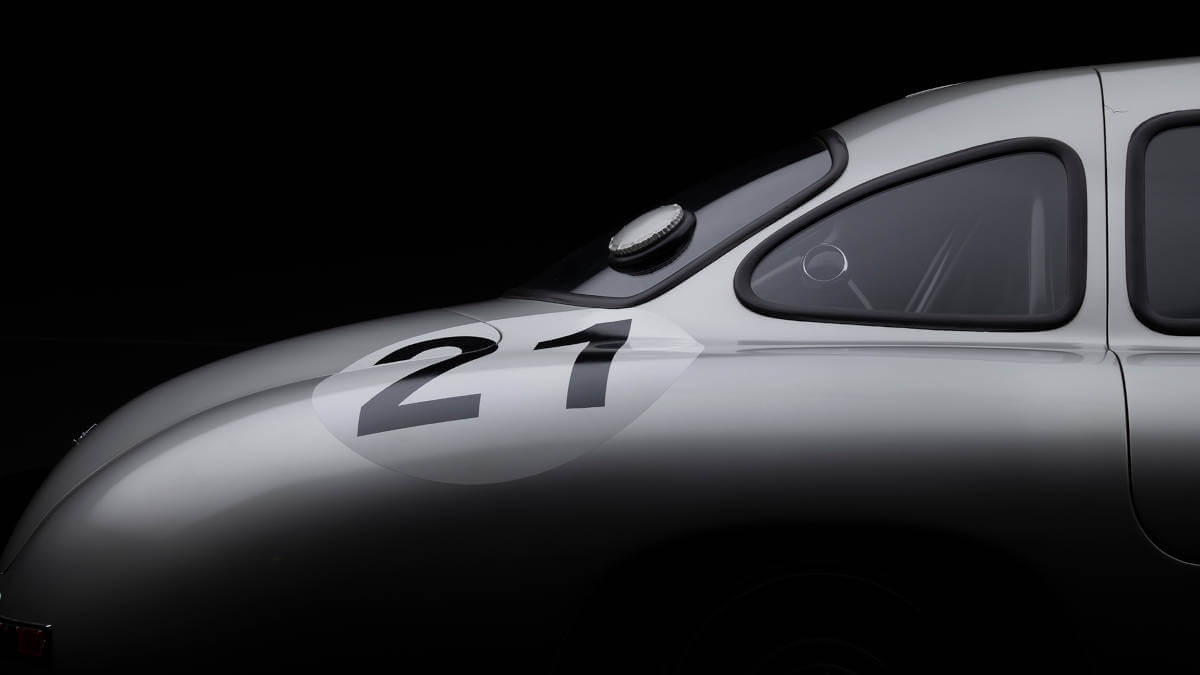 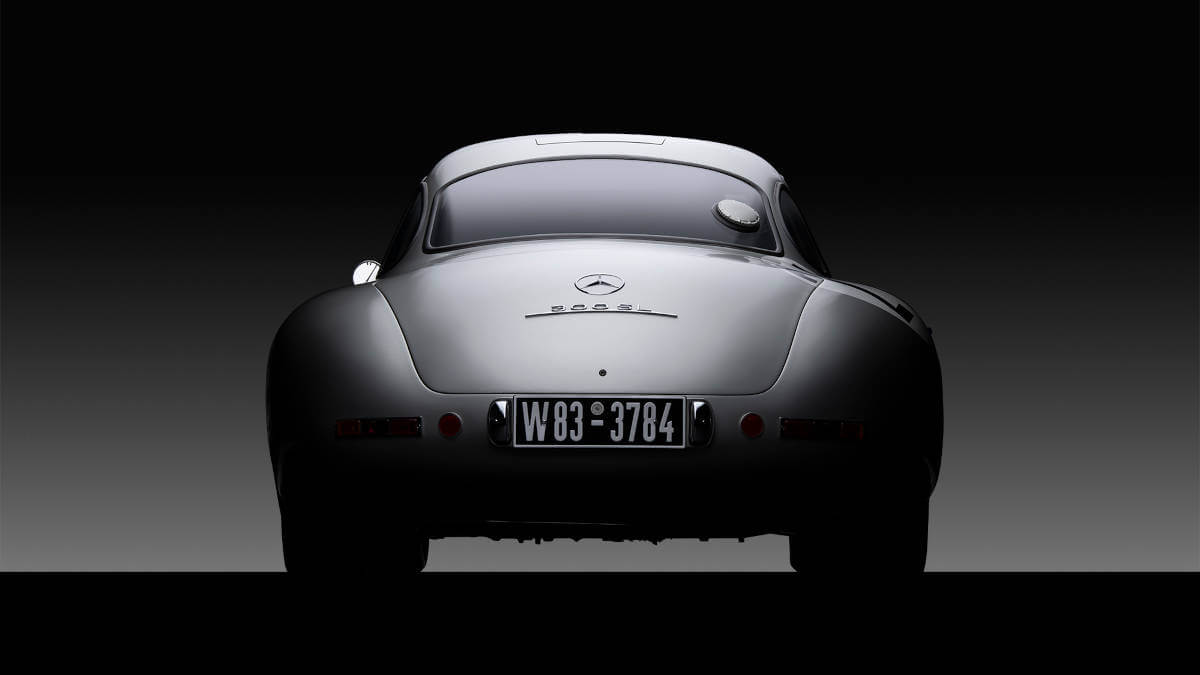 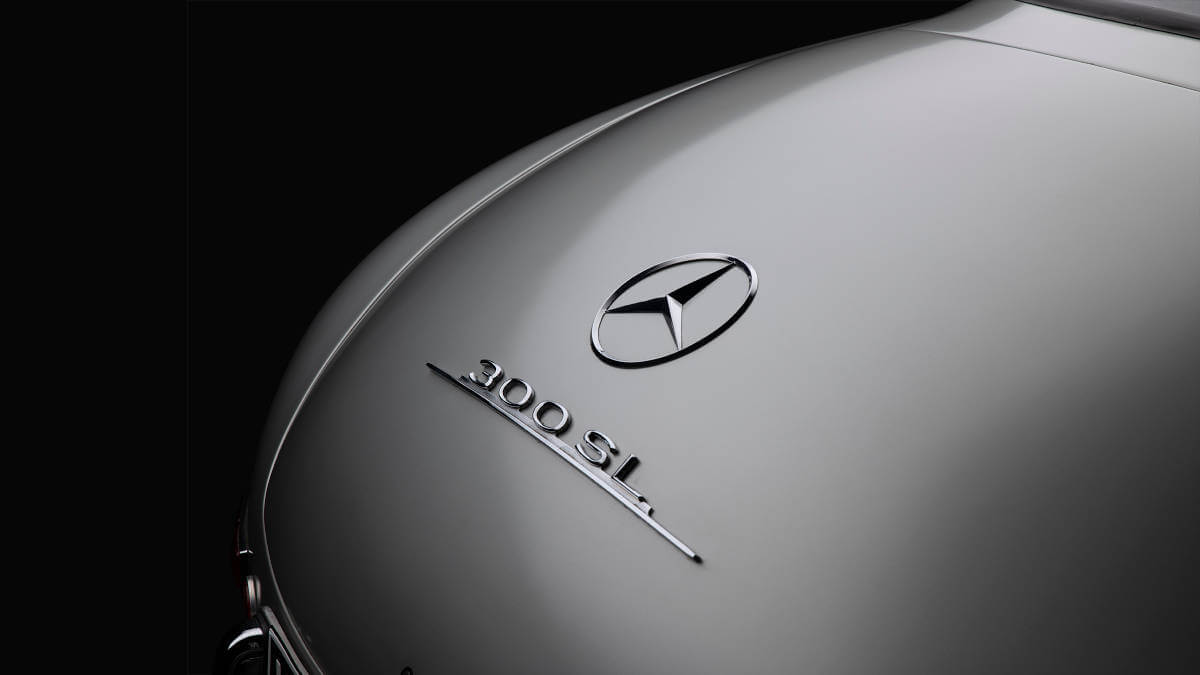 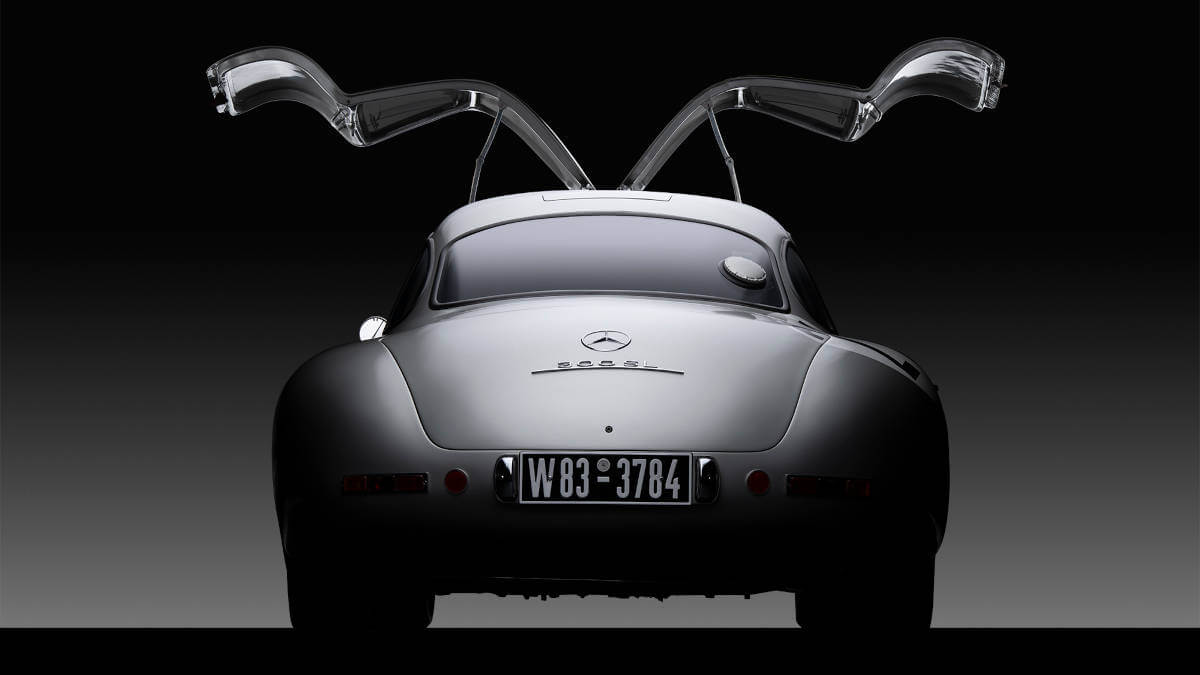 The toughest years after World War 2 had been successfully mastered, when Mercedes-Benz in 1951 set about returning to international motorsport. With pre-war racing cars, that were by then 12 years old, they undertook a few test races in South America for this purpose, far away from the domestic press. The results were as expected: those cars were no longer competitive. As a result, the board decided to use 1952 as a development year for a new Grand Prix racing car. This was to compete in 1953.

At the same time, a new racing sports car was to compete in important sports car races in 1952. The technical basis chosen was the prestigious 300 saloon presented in April 1951 (in Germany later nicknamed the ‘Adenauer-Benz’). Hence the project title for the sports car was ‘300 Sport Leicht’ (sporty light), which eventually became 300 SL. The revived racing department set about coaxing more power out of the three-liter inline six-cylinder engine from spring 1951. In the end, 170 hp was available. To reduce the overall height, the engine was mounted at an angle of 50 degrees to the left in the tubular frame.

This frame, which had been developed from scratch, was not only intended to give the 300 SL rigidity and thus safety. It was also responsible for a design feature that was to make history. The engine and transmission proved to be relatively heavy, as were the steel axles. However, these components could not be made lighter with the resources available at the time. So the frame and body had to be light and at the same time as aerodynamically favorable as possible. This is where Rudolf Uhlenhaut came into the picture as head of experimental car construction.

He had already put his ideas for a tubular frame chassis on paper a few years earlier. Now he adapted these sketches to the components of the 300 Mercedes. He joined very thin tubes together to form small triangles, which resulted in a very trosionally stiff structure overall. The complete frame weighed in at just 50 kilograms. So this goal was achieved. What remained was the body. He designed it without many curves and edges and with a narrow glass house for the cockpit. Since the frame had to be rigid, especially in the area of the passenger cell, it was built particularly high.

However, this left no room for conventional doors. In the first models, the frame reached up to the shoulder height of the driver. The driver could therefore only enter and exit the car through a small hatch. This included the side window and part of the roof. In later vehicles, the entrance was lowered and the doors enlarged as a result of specific further developments. These continued to open on hinges centrally on the roof. When open, they reminded French observers of a butterfly (papillon) and Americans of a gullwing.

After initial test drives, which took place from November 1951 at Solitude near Stuttgart, at the Nürburgring and at the Hockenheimring, Mercedes-Benz officially unveiled the 300 SL in March 1952. In its first year it scored a second and fourth place at the Mille Miglia, a one-two-three at the Bern Grand Prix and a double victory at the 24 Hours of Le Mans. This was followed by a triple victory at the Eifelrennen on the Nürburgring and an unexpected success at the Carrera Panamericana in Mexico. The 300 SL thus seamlessly continued the brand’s pre-war motorsport successes.

New examples were produced for 1953, some of which were equipped with bodies made from pure magnesium. Side air exhaust gills ensured that heat was dissipated from the engine compartment. Larger pistons, flat-flow carburetors and a revised cylinder head increased output to 201 hp. Development work was also underway on a mechanical direct gasoline injection system to replace the high-maintenance carburetors. With this technology, as much as 215 hp was available.

Together with the Gutbrod Superior and the Goliath GP 700 E, the street-legal version of the 300 SL was among the first production cars with direct gasoline injection. However, this did not become increasingly popular until 1997, when it could be precisely controlled electronically. Mercedes-Benz took the step from racing to road car on the advice of Max Hoffman, the brand’s importer in the USA. He saw great sales potential for this sports car with his customers. As a result, 1,400 coupés and, from 1957, 1,858 Roadsters were built under the internal abbreviation W198. Only ten of the W194 racing sports cars were produced. 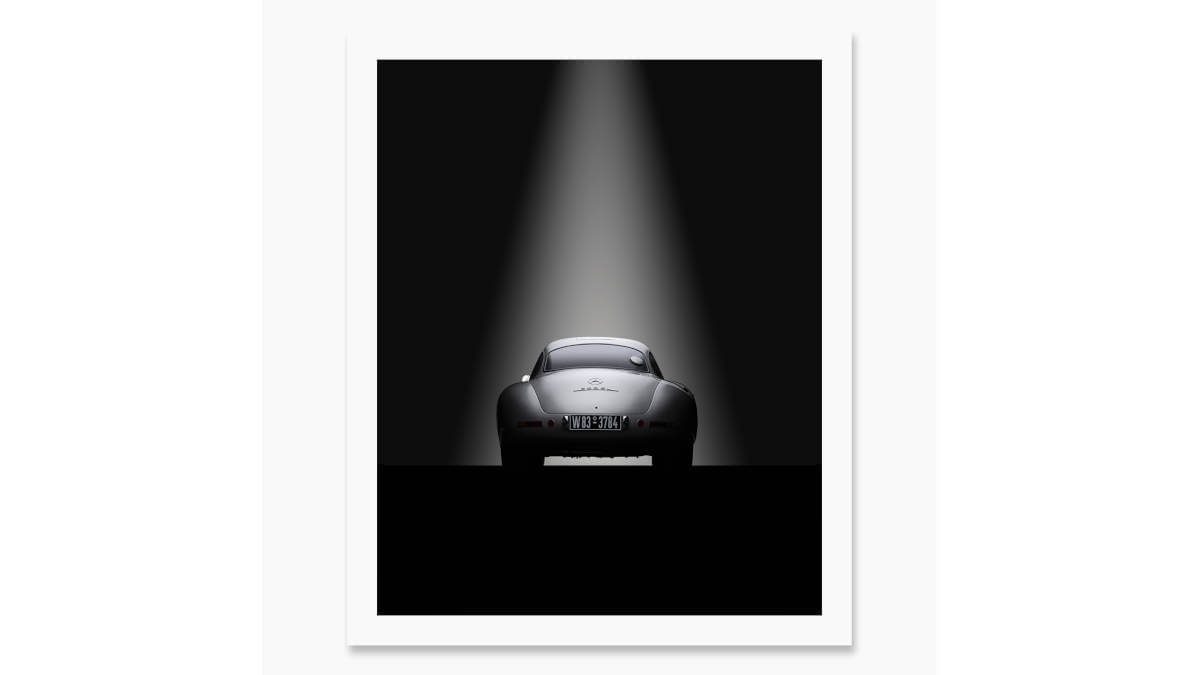 The 1952 Mercedes-Benz 300 SL (W194) is now available as a limited edition collectors fine art print. This image is available in three size editions. For purchase and information click here.