Bill Pack introduces us to a legendary Formula 1 race car in episode 23 of Automotive Art. Some famous drivers started with the Maserati 250F in the 1950s.

One of these destinations was in a north eastern state where I spent the day with a wonderful Fantuzzi creation, the 1956 Maserati 250F.

Known as one of the pillars of Italian automotive design, Medardo Fantuzzi of Bologna was born in 1906. He found his way to Modena and began a life of creating automotive perfection. He reached his pinnacle in the 1950s and 60s. His designs for Maserati and Ferrari are refined masterpieces of grace and beauty.

You will find Fantuzzi in the lines that grace the Maserati A6 GCS, Maserati 350S, Maserati 200S, Ferrari 250 Testa Rossa Spyder, Ferrari 330, OSCA Barchetta 1500cc 372FS and the 1957 Maserati 450S. These lines of grace that also formed the 1956 Maserati 250F were born in the mind of Fantuzzi while working for Maserati as the in house designer.

Mark Bisset of Primotipo sums the Maserati 250F this way. “Clothed in bodywork worthy of the finest Italian courtiers, to me it is the best looking front engined grand prix car of all. It epitomizes everything that was, and is great about Italian design, engineering, styling and construction. The cars performance matched its looks, it made its debut in the 1954 Argentinian Grand Prix winning the race in Fangio’s hands. The 250F won eight Championship Grands’ Prix in total and countless Non-Championship events in the hands of dozens of drivers through to 1960.”

Enjoy the beauty and genius that is Fantuzzi in these images of the 1956 Maserati 250F. 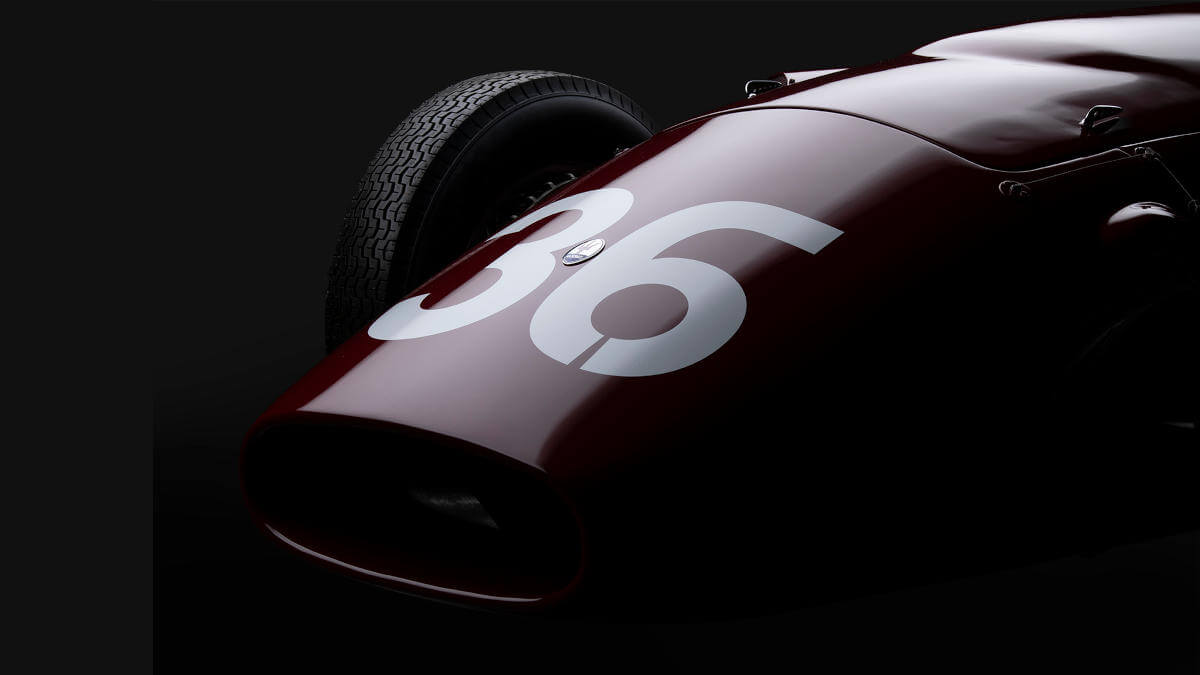 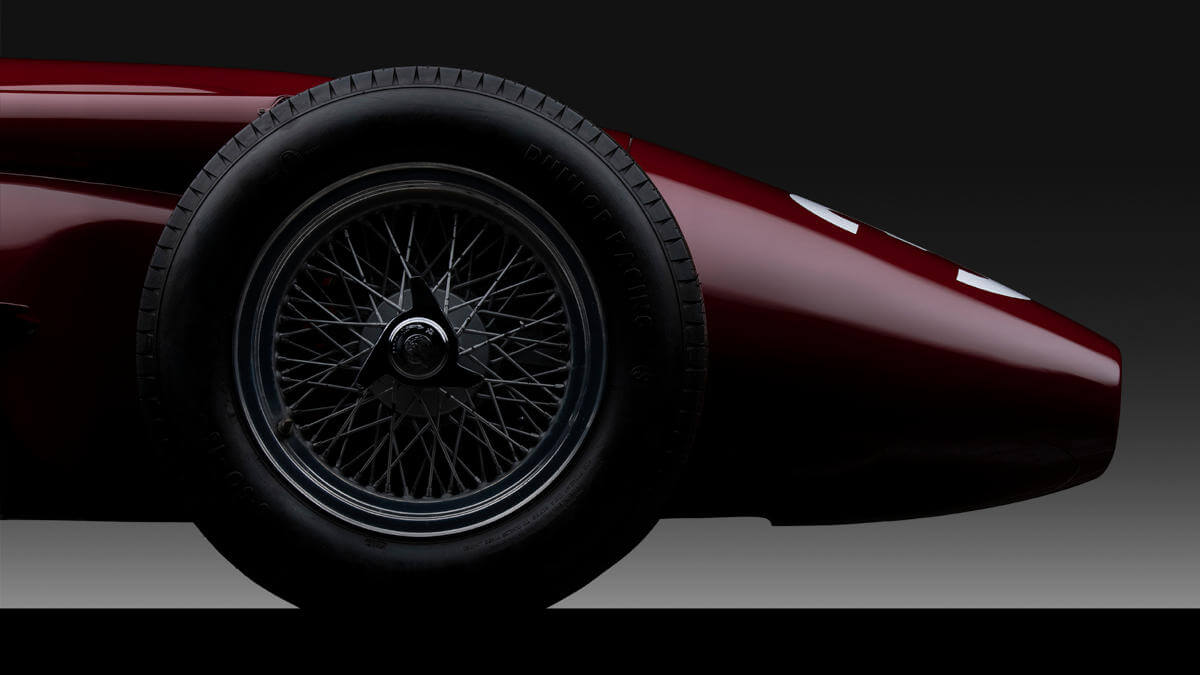 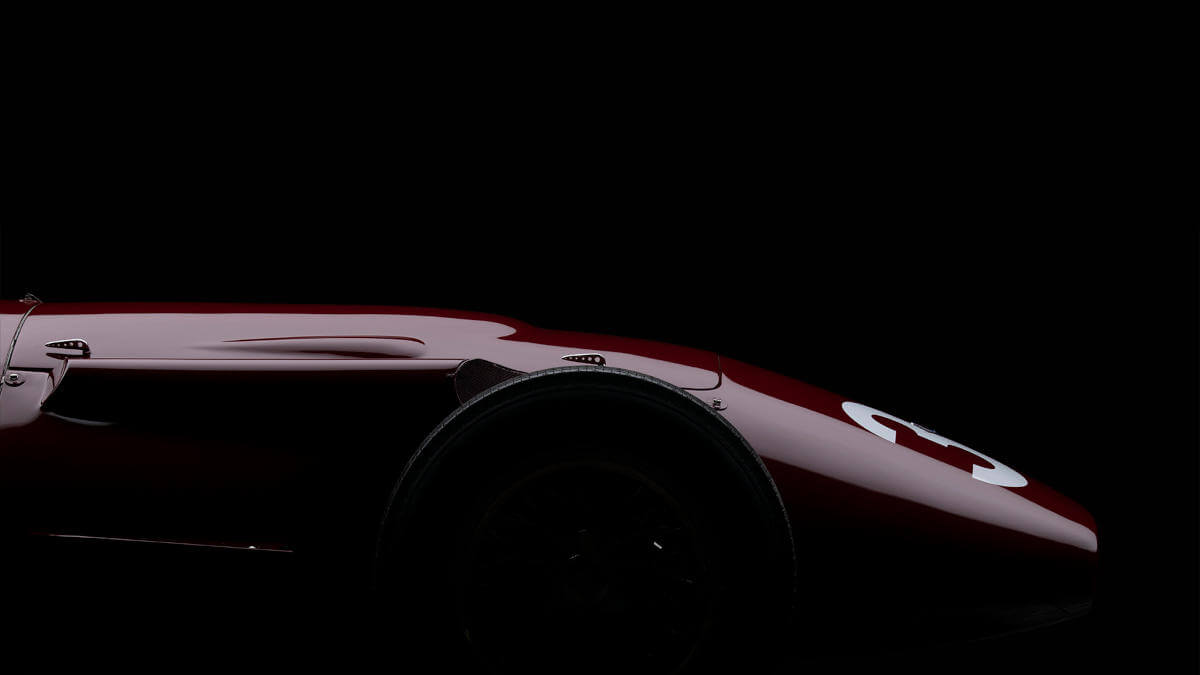 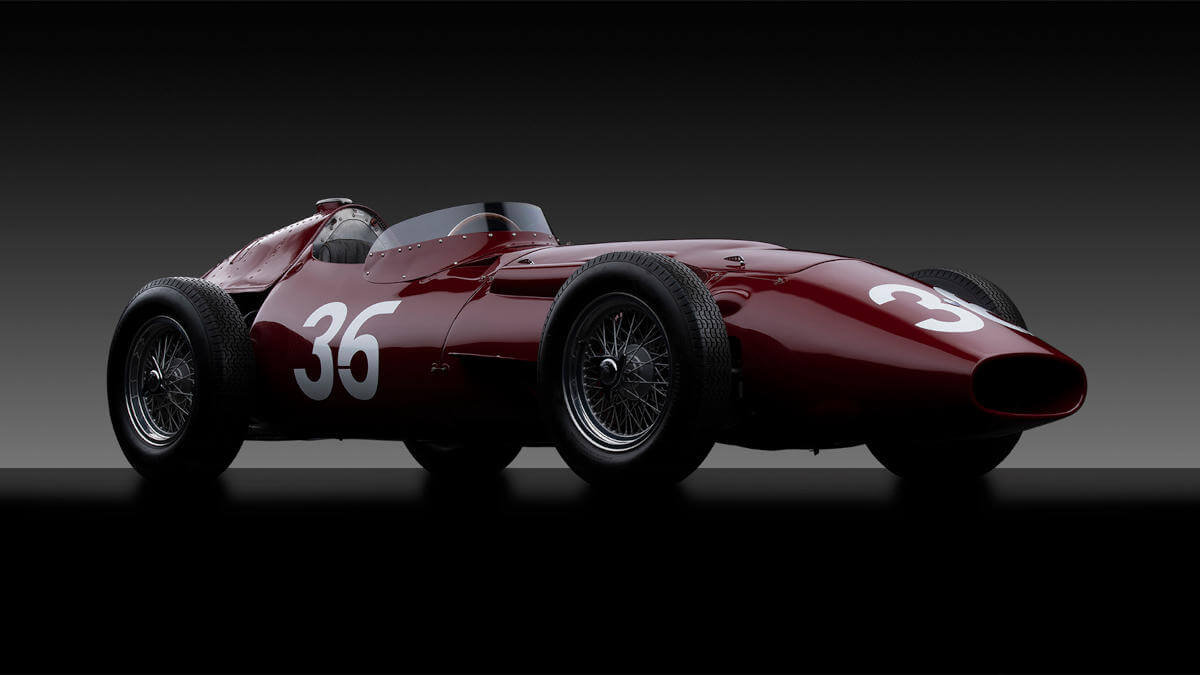 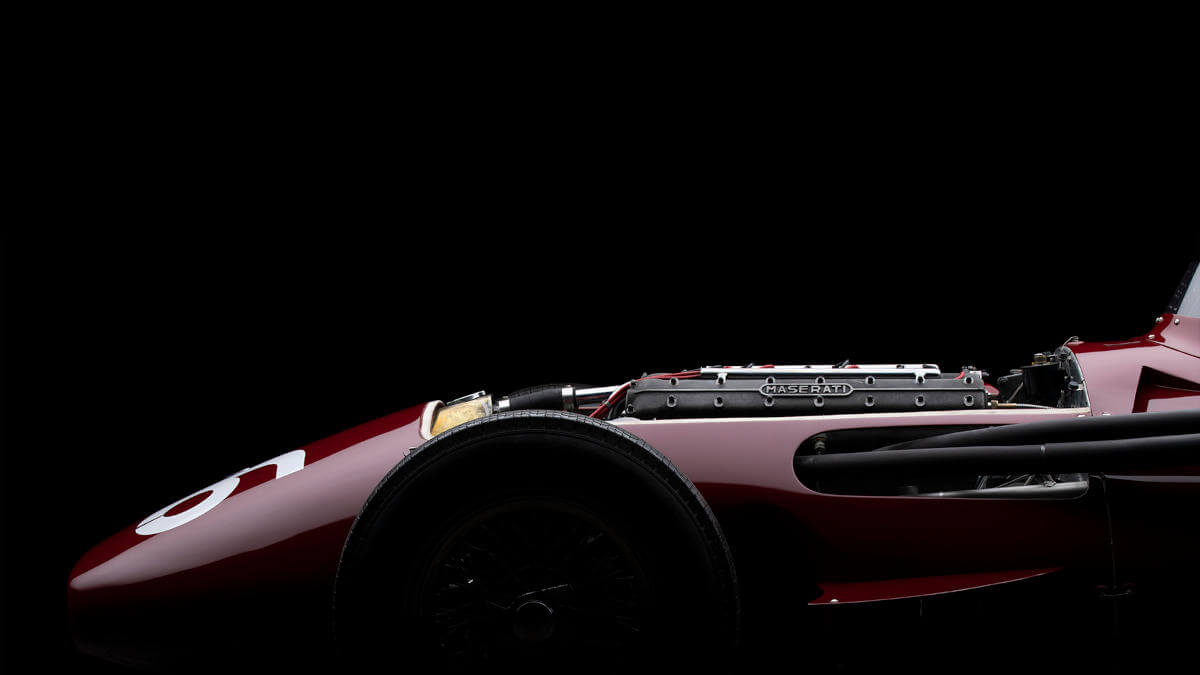 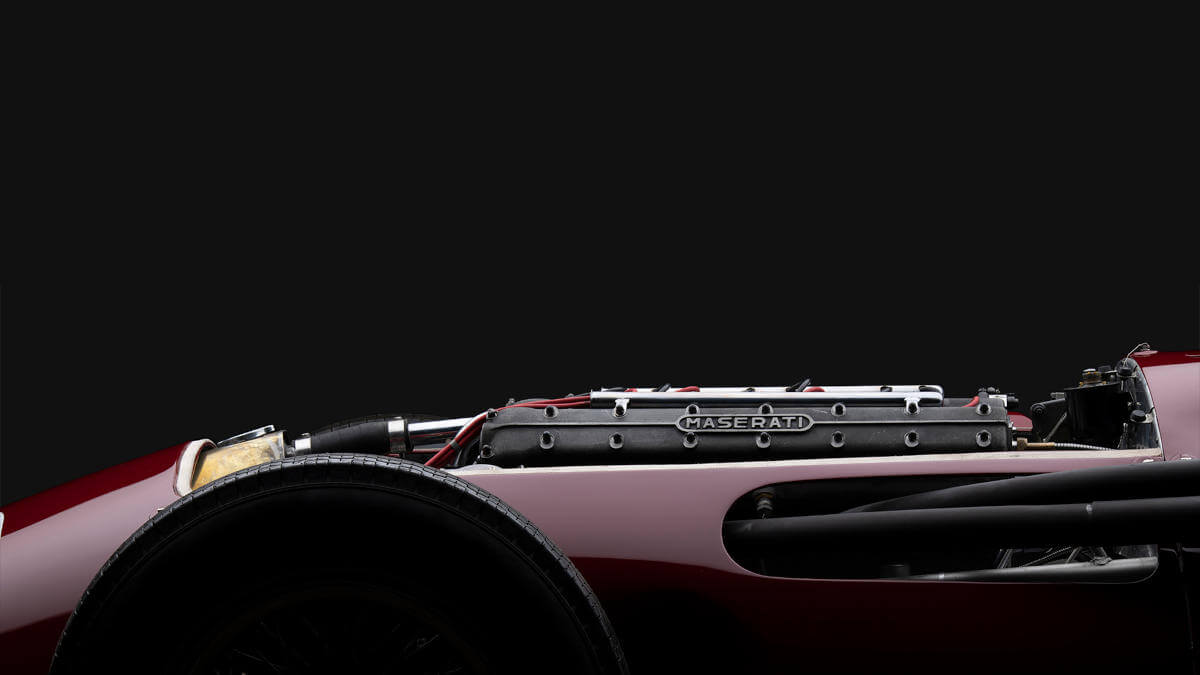 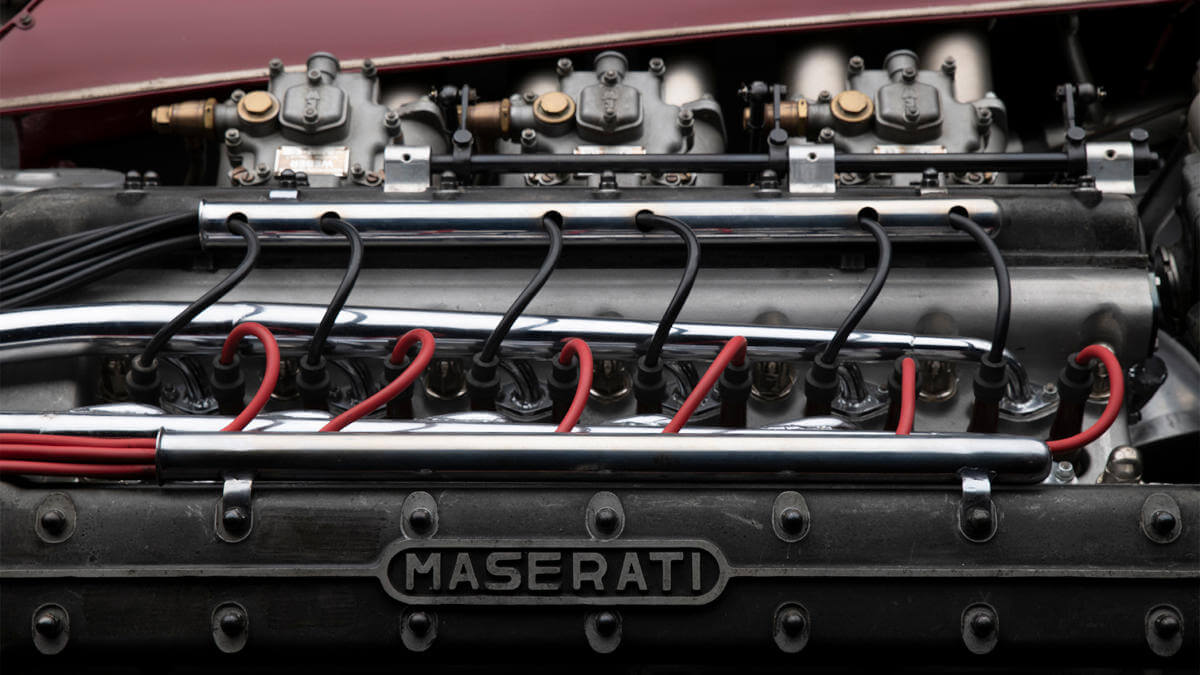 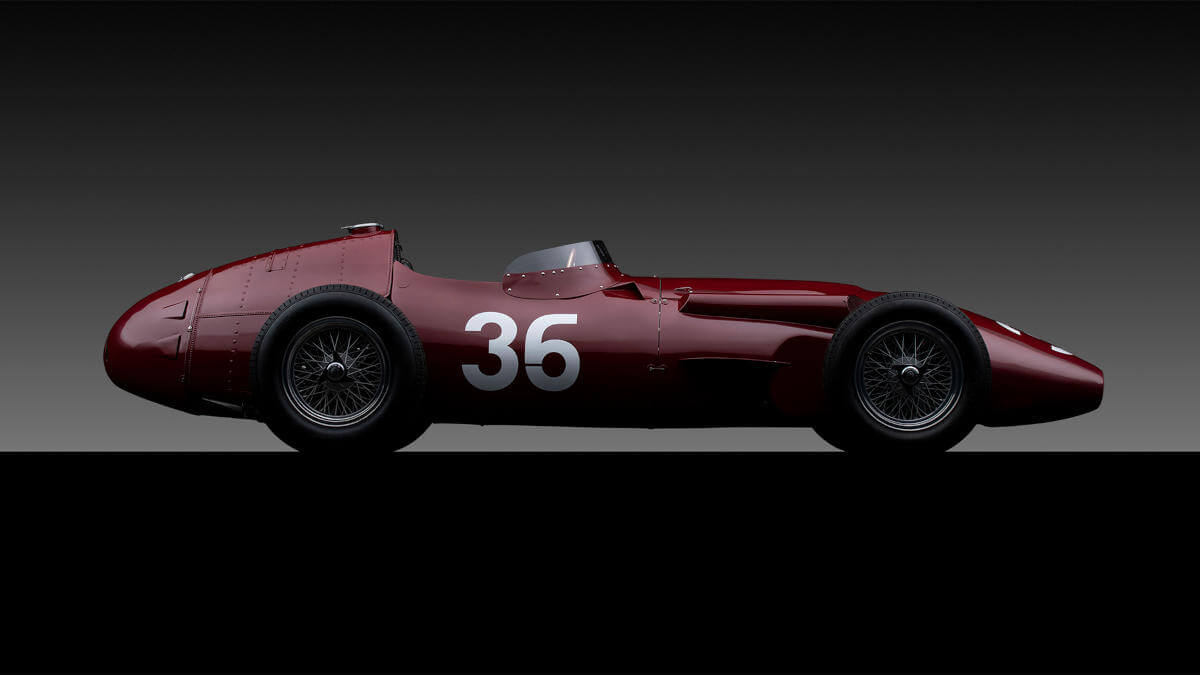 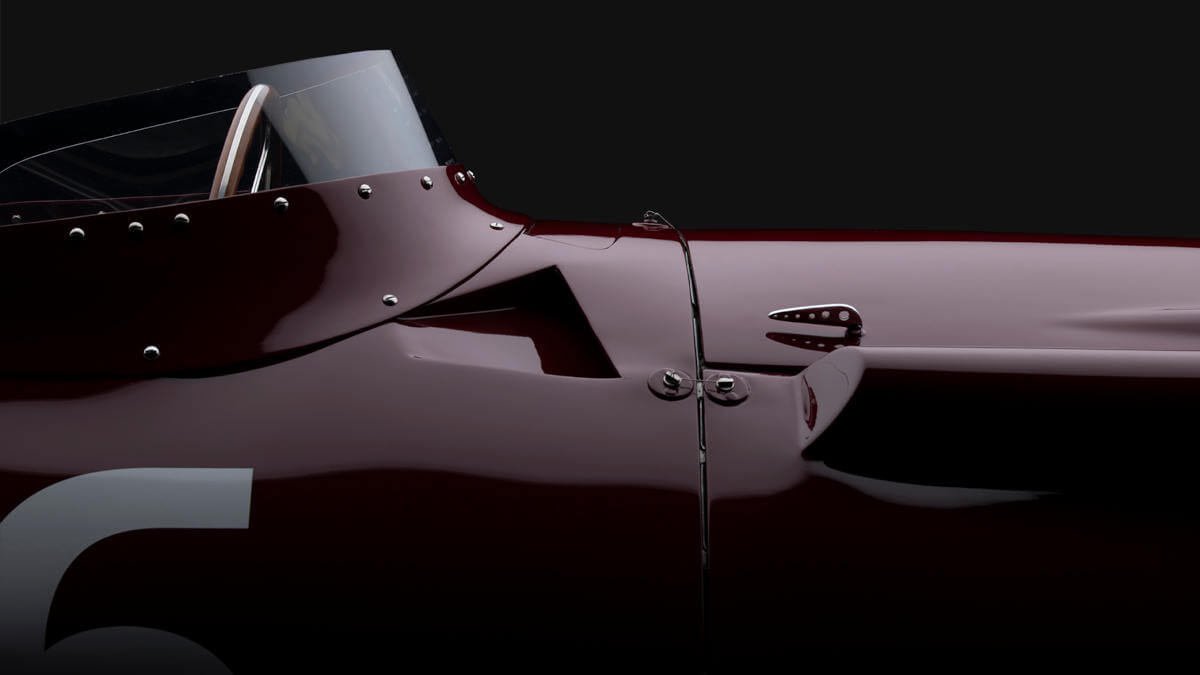 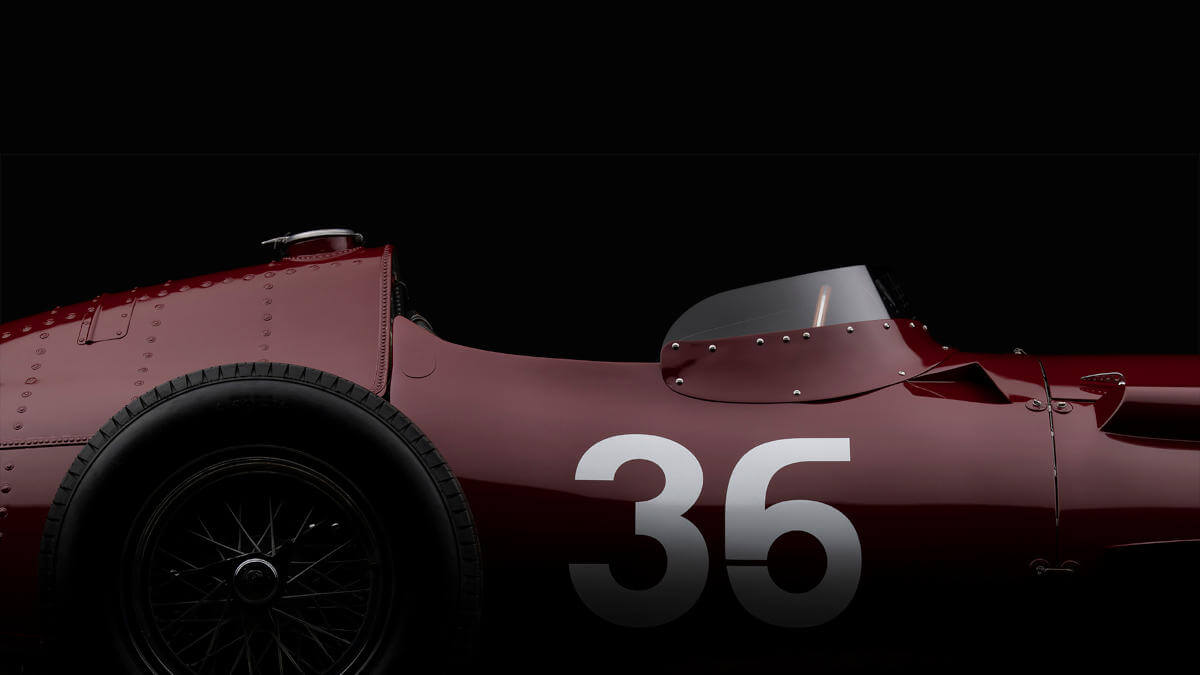 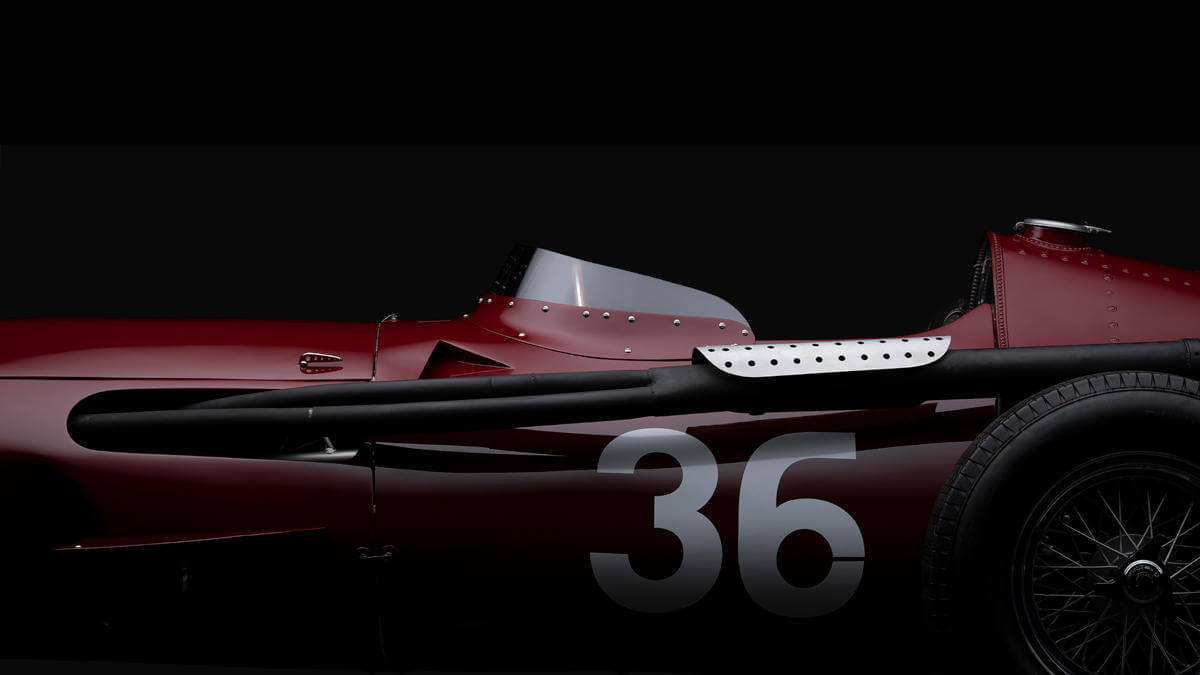 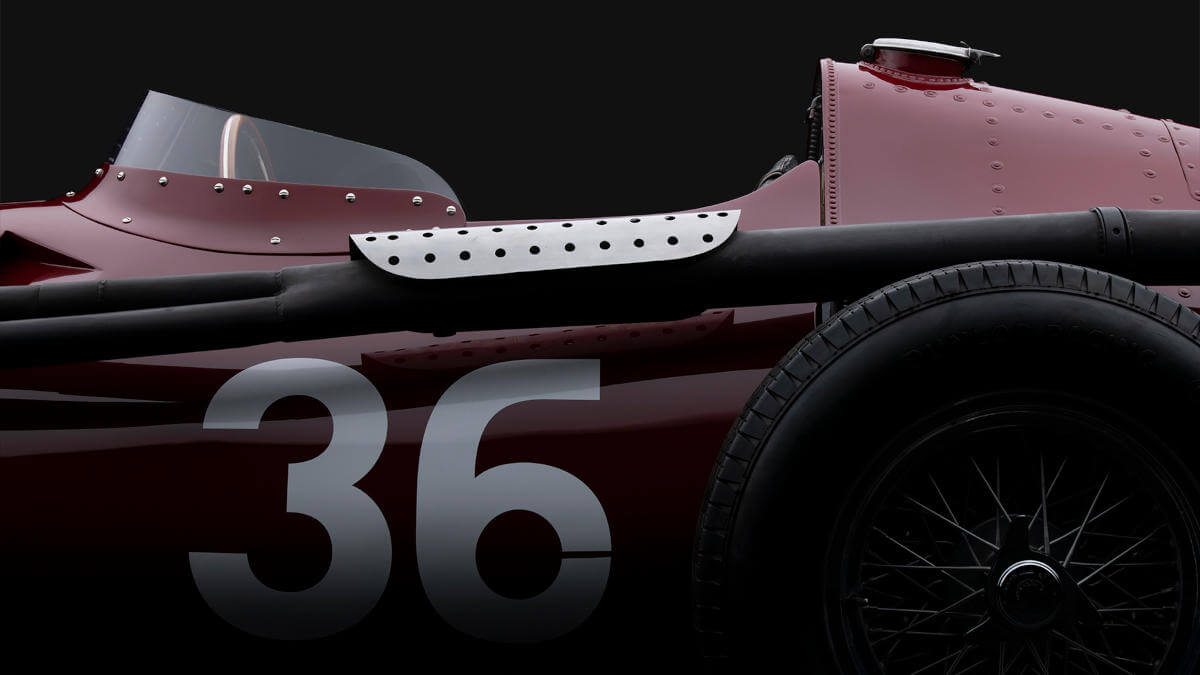 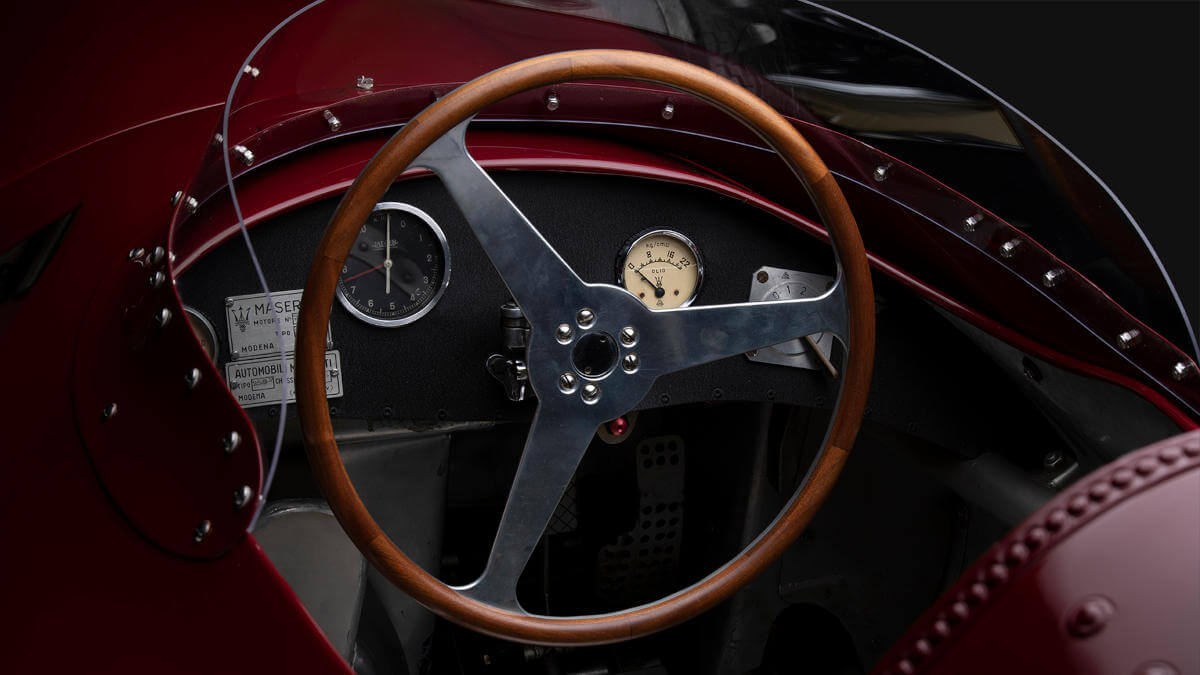 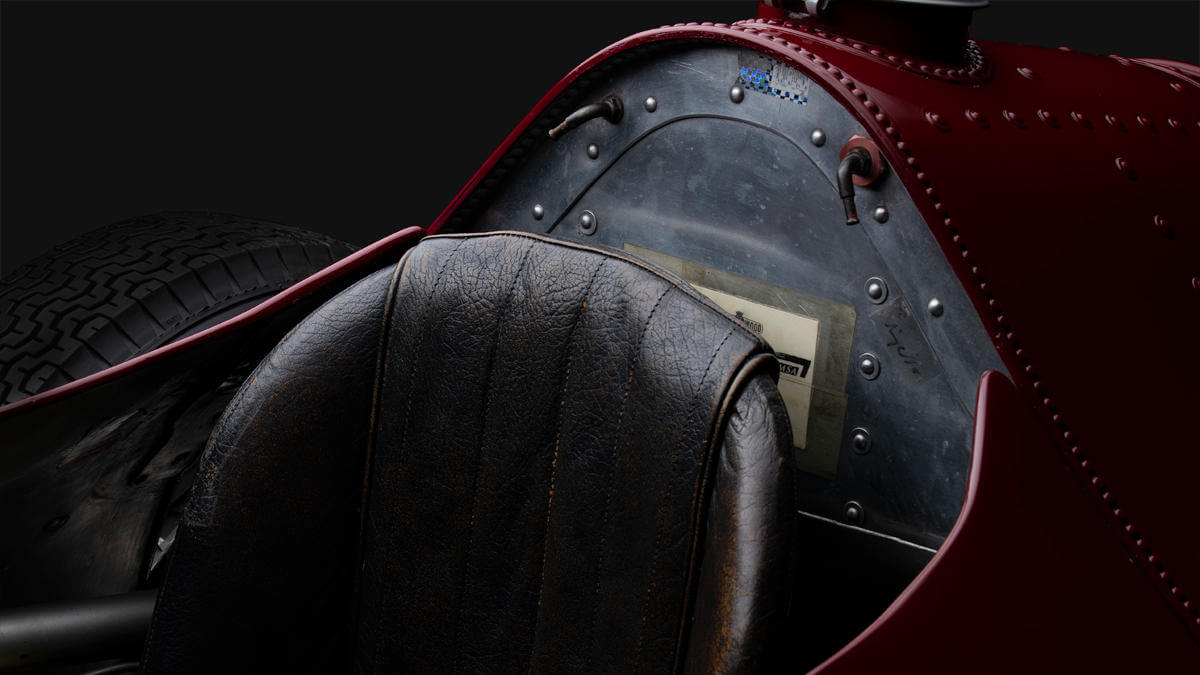 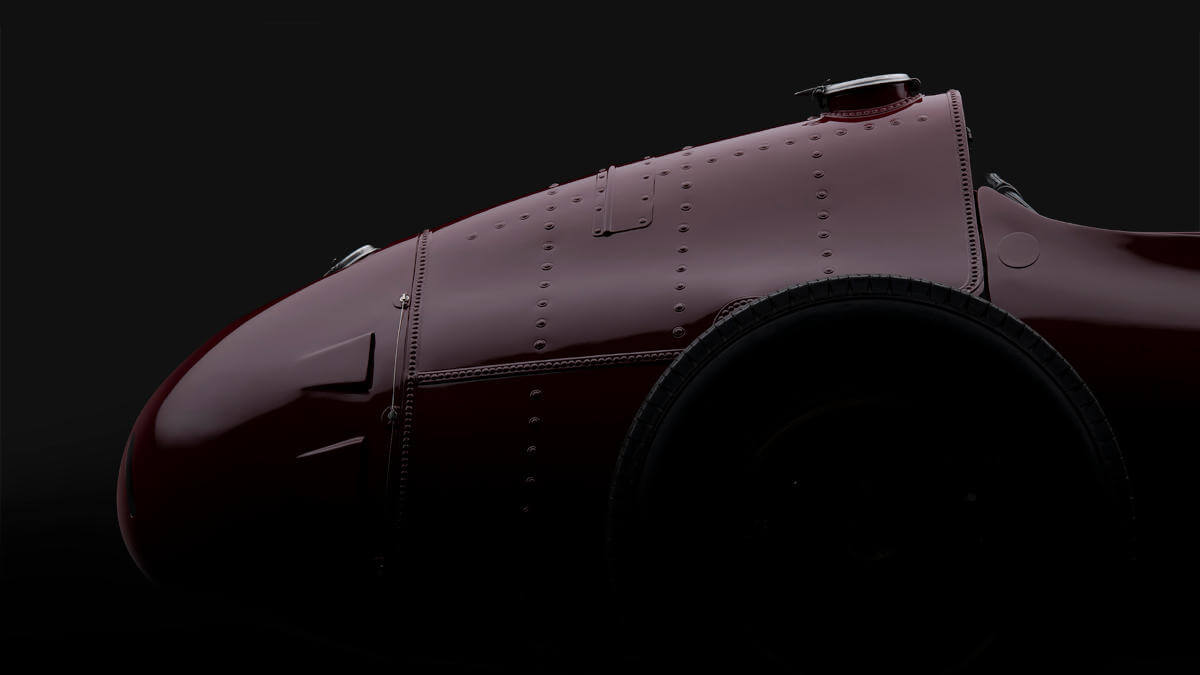 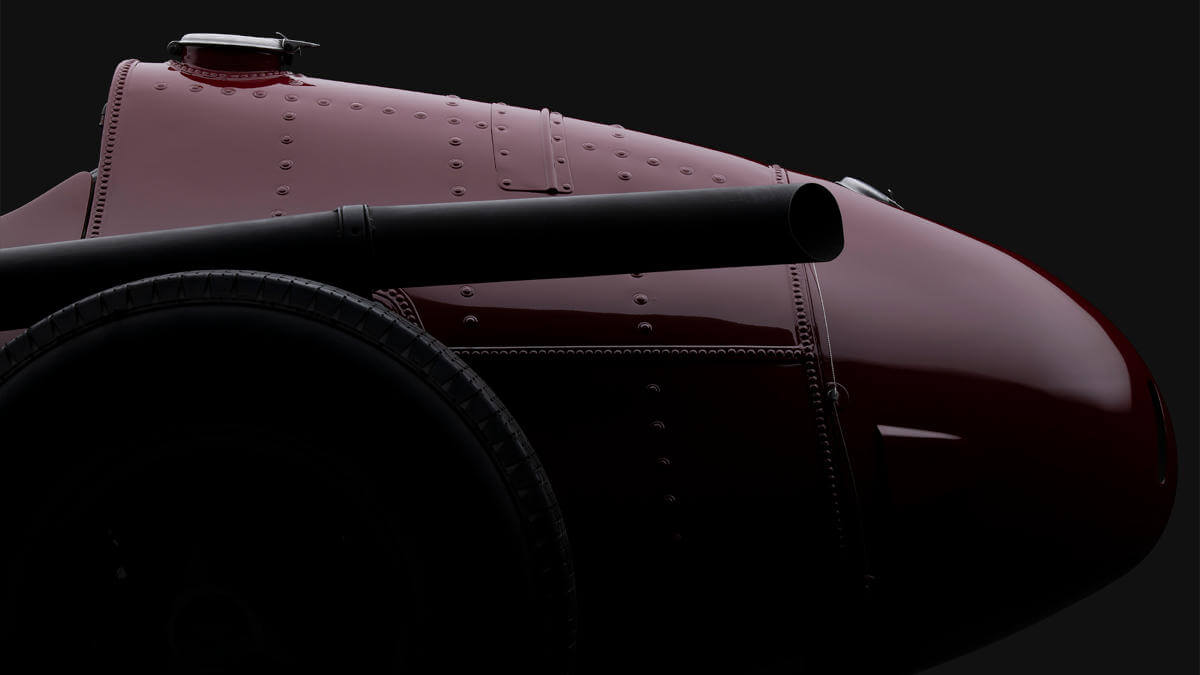 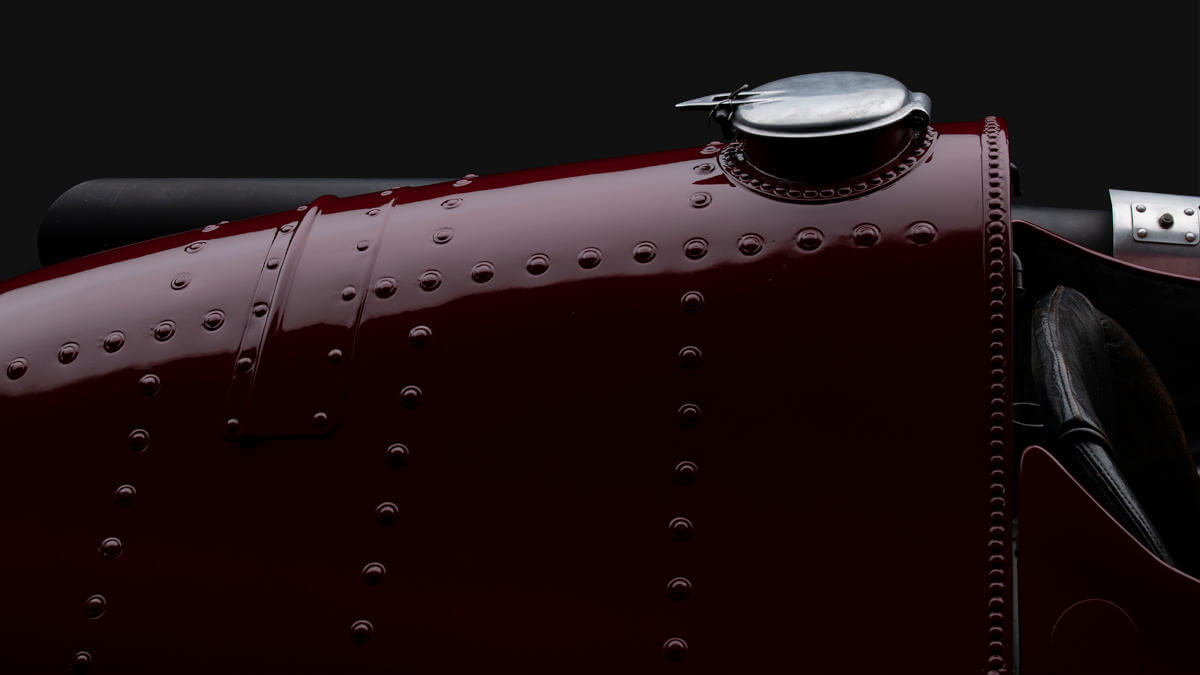 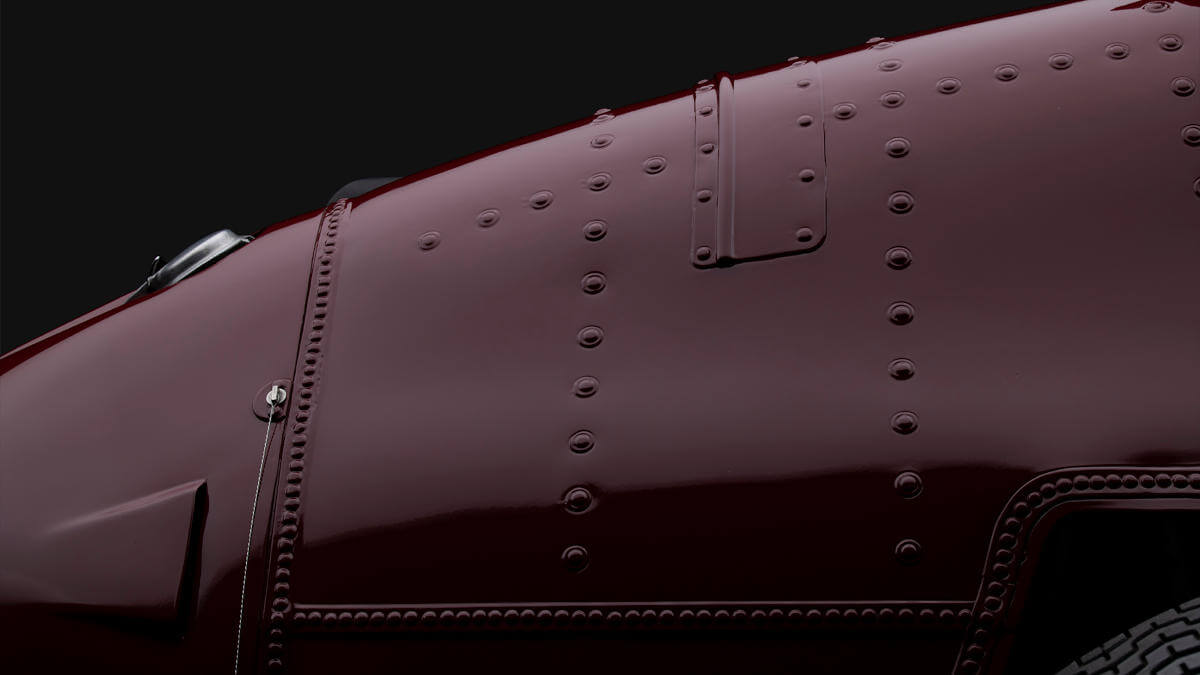 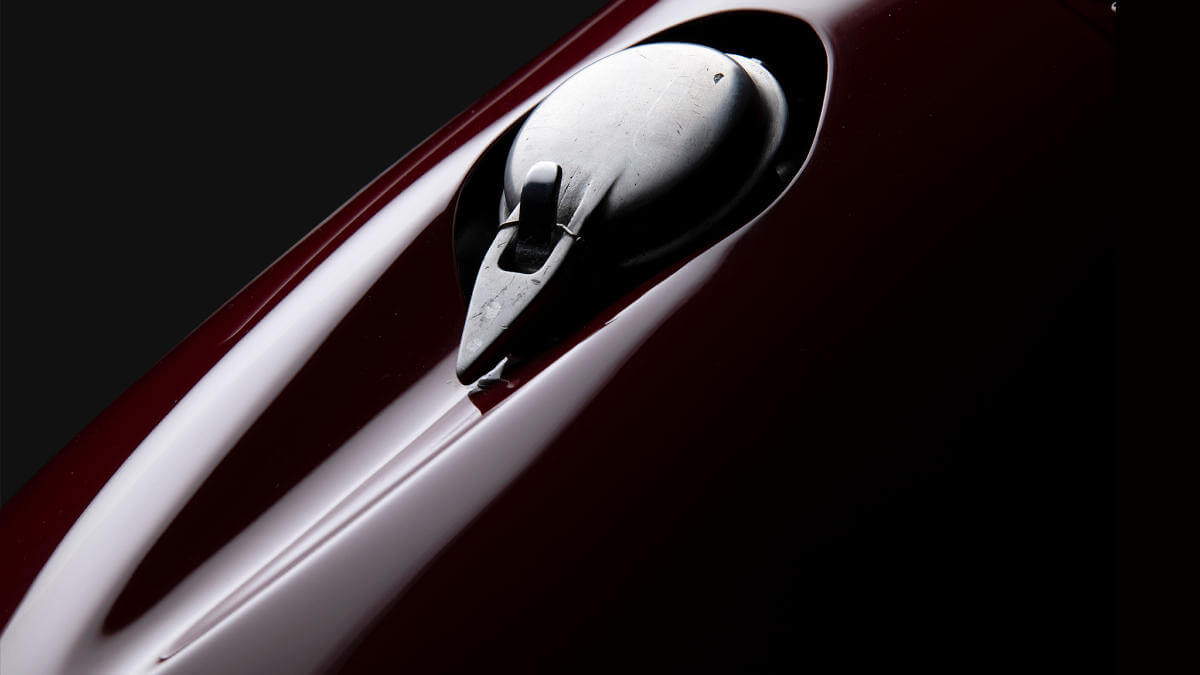 From the early days of Formula 1, there are actually only two racing cars that every fan recognizes immediately. Besides the Mercedes-Benz W 196, that’s the Maserati 250F. In contrast to today, where only the Corona pandemic means that F1 cars are used almost unchanged for two years in a row for once, the teams and manufacturers back then basically used their race cars for several years. In the case of the 250F, the active career went from 1954 to 1960.

The Maserati A6GCM served as the basis. Five of these racing car chassis were converted into monoposto vehicles. Another six were created from existing other formula cars from the brand. Maserati then built another 22 real 250Fs. Thus, there were a total of 33 examples.

The inline six-cylinder engine was also derived in its basic features from the A6GCM. The engineers installed cast-iron cylinder liners in an aluminium engine block. Two valves per cylinder were driven by overhead camshafts. A cardan shaft transmitted the power, initially around 270 hp, to the four-speed gearbox flanged to the rear axle. From 1956, there was a 250F version with a newly developed V12 engine with around 315 hp. However, due to teething troubles, this powerplant offered no advantages over the old six-cylinder engine. It wasn’t until the 1960s that the Cooper racing team scored some successes, including two victories, with this Maserati V12 engine, now expanded to three liters displacement.

Maserati originally wanted to offer the 250F purely as a customer race car. To this end, the Italians designed it to be as maintenance-friendly as possible. At the beginning, the project was known internally as 6C2500. Relatively soon, they changed the designation to 250F, with the number continuing to indicate the engine capacity of 2.5 liters and the ‘F’ indicating Formula racing. At the same time, there were the 200S, 250S, 300S and 450S racing cars, where the ‘S’ stood for sports cars.

As mentioned by Bill Pack above, the Maserati 250F first appeared at the 1954 Argentine Grand Prix. There, the factory team competed unofficially, as they still hadn’t decided to make an official appearance. Only after Juan Manuel Fangio had also won the second race of the season in Belgium did they establish a works team and officially enrolled in the world championship.

This meant that the newly built race cars were kept by the factory, but at the same time customer orders had to be processed. For this reason, they came up with the idea of converting old A6GCMs. However, these cars were inferior to the newly built factory cars simply because of the different chassis. While the factory team still included Harry Schell, Onofre Marimón, Luigi Musso and Roberto Mieres after Juan Manuel Fangio’s switch to Mercedes-Benz mid-season, a certain Stirling Moss sat in a privately entered Maserati 250F for almost all of the 1954 season.

For 1955, Maserati switched to a five-speed gearbox. They also changed the body of the 250F a bit, making it slightly shorter and at the same time more streamlined. With this version, the new factory driver Jean Behra took fourth place in the Italian Grand Prix. Victories weren’t possible against the now mature Mercedes-Benz W 196.

Having experimented with a mechanical Bosch gasoline injection system before the 1955 season, a comparable system was finally used in 1956. At the same time, the 250Fs of the factory team received a modified chassis and an engine tilted by six degrees. The latter meant that the propshaft could be moved past the driver’s seat on the left, allowing the driver to sit lower in the cockpit. One of these drivers was now Stirling Moss, who won the races in Monaco and Italy for the works team.

The works race cars for the 1957 season were based on a new tube frame with very thin steel tubes. Juan Manuel Fangio had returned to Maserati and steered the 250F not only to four race wins but also to his fifth world championship title. For financial reasons, Maserati ended factory motorsport activities after the 1957 season.

Nevertheless, three more 250Fs were built for customer teams such as Temple-Buell from the USA in 1958. The latter signed up Carroll Shelby and Masten Gregory, but was no longer able to beat much newer Formula 1 race cars with a mid-engine concept. The female racing driver Maria Teresa de Filippis also failed to achieve a podium finish. Nevertheless, further privately entered 250Fs appeared in racing events up to 1960. In total, this type of racing car made 277 appearances in 46 Formula 1 races and won a total of eight races. In addition, there were various participations in Grand Prix races that were not part of the F1 World Championship.

Nowadays, the Maserati 250F can only be seen in selected car museums or at historic racing events such as the Oldtimer Grand Prix at the Nürburgring. Stirling Moss, in the meantime ennobled to ‘Sir’ by Queen Elizabeth II, called the 250F “the best front-engined Formula 1 racing car I have driven”.