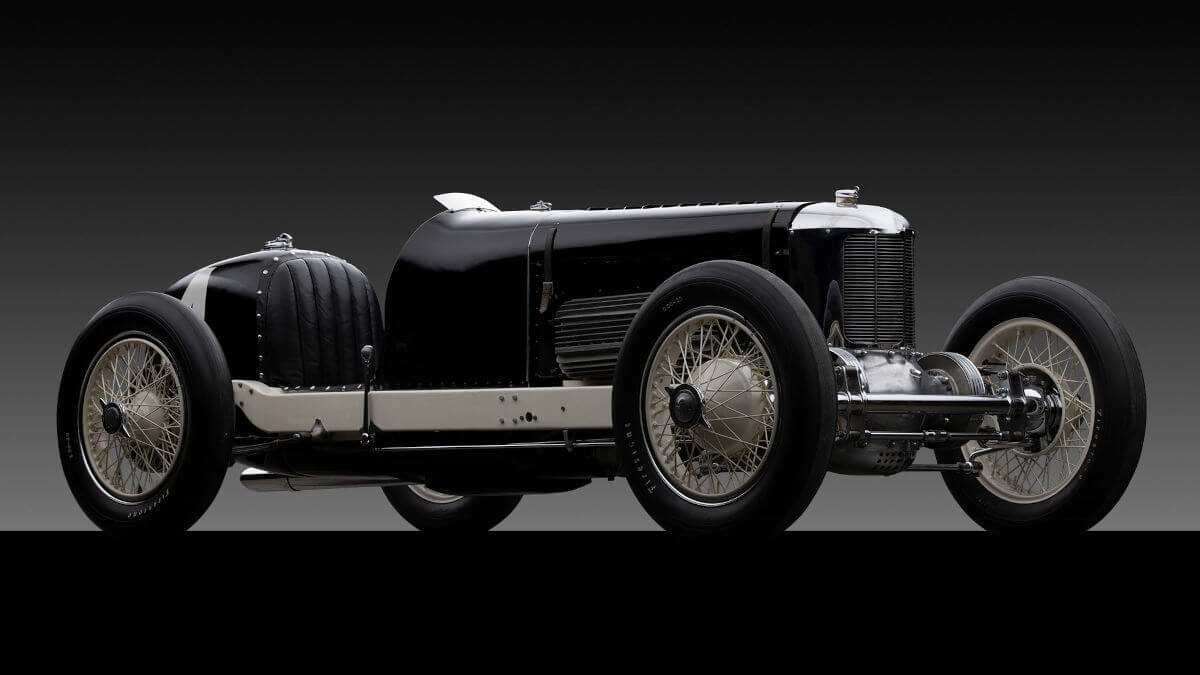 This time Bill Pack takes us on a journey back to 1927, when special racing cars were created in the USA for races like the legendary Indy 500. The Miller 91 is an excellent example.

One of these destinations was at the “Brickyard” where I spent the day with Harry Miller’s creation, the 1927 Miller 91.

The scheduling for the Grand Tour around America was by careful planning and design. However what was not factored in was the date we arrived in Indianapolis to photograph the Miller. It happened to be the testing week at the Indy 500. We spent two days at the famous track creating imagery of three iconic Indy cars for “Legends of Speed”, while testing for the weekends time trials was in progress.

The engine notes of the modern Indy cars were reverberating throughout the space as I was creating imagery of iconic cars of Indy’s past. It is an experience I will never forget.

Harry Miller was born December 9, 1875 in Menomonie, Wisconsin, a small community in the north west part of the state. His father Jacob was a German immigrant, and his mother was Martha (Tuttle) Miller. Jacob was a teacher, musician and an accomplished painter.

Artistry in its many forms was one of the traits passed on by his father, but Harry discovered new forms of canvas and instruments to play his notes for his own creations. His art is pure kinetic art in the static, but in motion it unleashes a symphonic roar that still echos around the iconic raceways of the world.

Enzo Ferrari is renown for the attention he gave his engines, but Enzo just built engines, Harry’s attention to detail encompassed every aspect of the car.

Harry Miller was one of the few to every create the perfect balance of form and function as a whole. To achieve this just about every part of the Miller was made in his own plant. It not only had to function at its best, but also be visually appealing as well. It took about 6,000 to 6,500 man-hours to build a complete car. Between 700 and 1000 hours went into beautifying – just putting the finish on each machine.

In an article Daniel Strohl said this about Miller’s cars. “The Miller front-wheel-drive car seemed to be a perfectly integrated harmonious whole, as machine and sculptural object. There was something about it that was close to being sublime. Without the driveline through the cockpit, the driver sat some nine inches lower than in the comparable rear-drive car. Miller further reduced the height of the radiator and the result was a low, rakish car of unsurpassed beauty. The long low hood of the new Millers bespoke nothing but power and established a virtual mandate among stylists for a long hood, or the illusion thereof, for decades to come. It was without doubt the greatest single milestone in the development of the appearance of the automobile between the end of the Edwardian era and the streamlining fad of the 1930s. The Miller front-drive was a bombshell of engineering and styling ideas tossed at a somnolent Detroit”.
Simply put, Harry Miller was the greatest creative figure in the history of the American racing car.

In this collection of images discover the sublime, the harmonious whole, the bespoke sculptural object, that is the the art of Harry Miller. 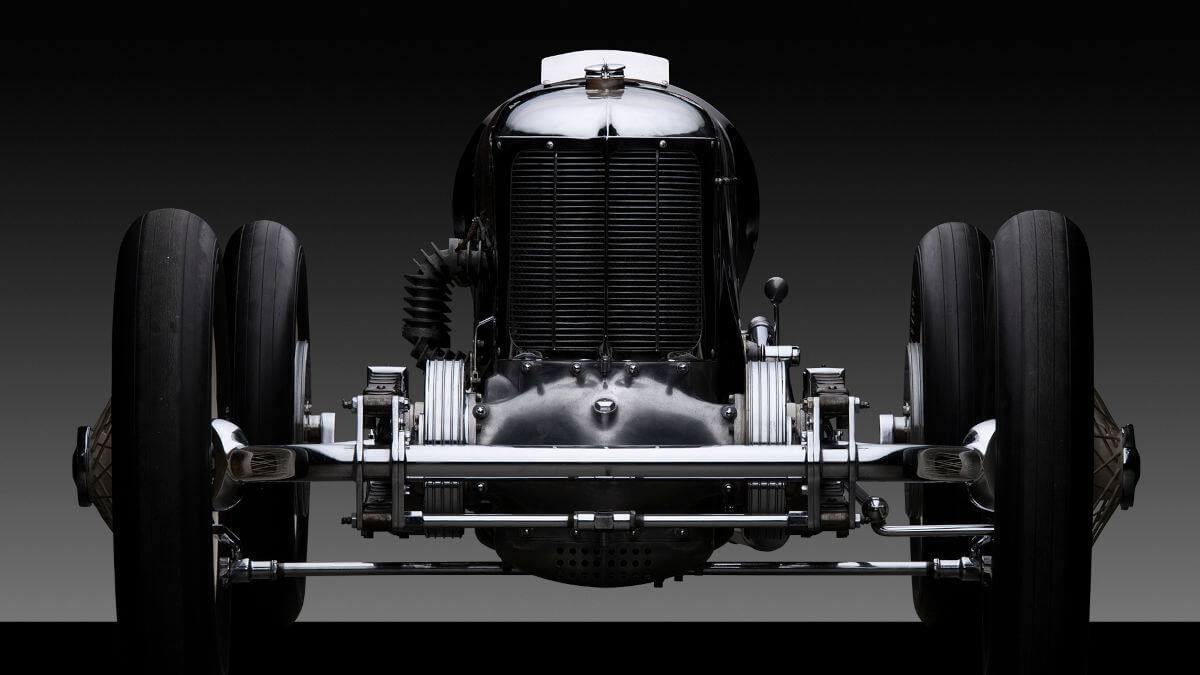 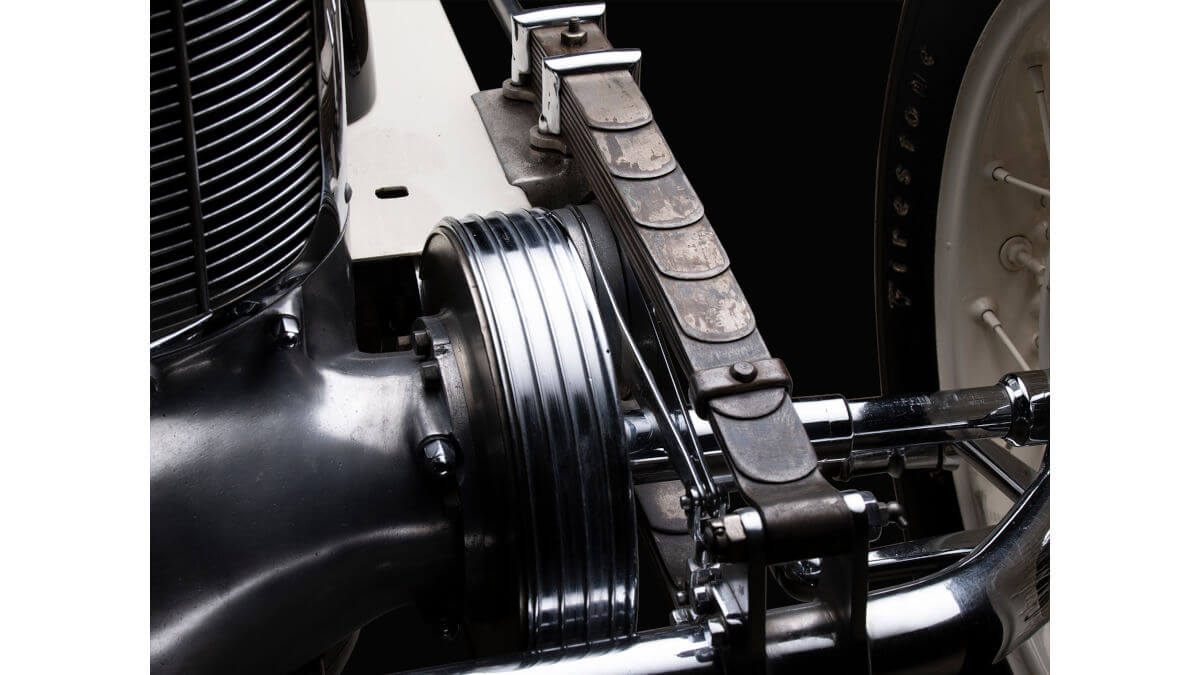 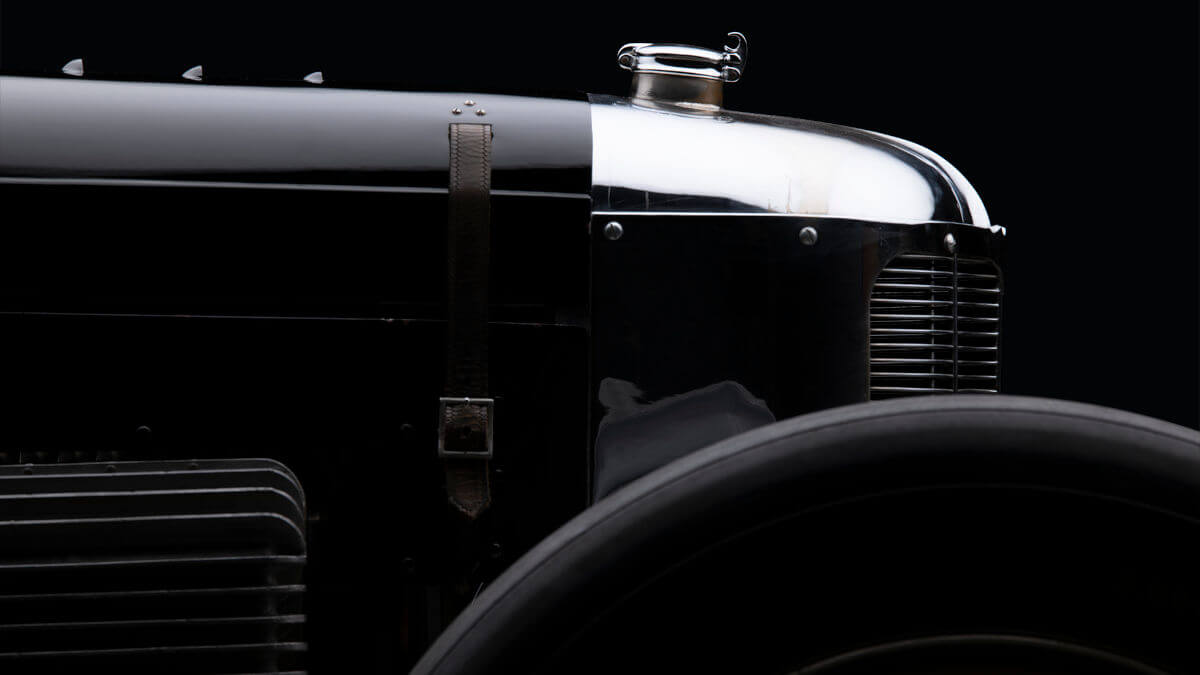 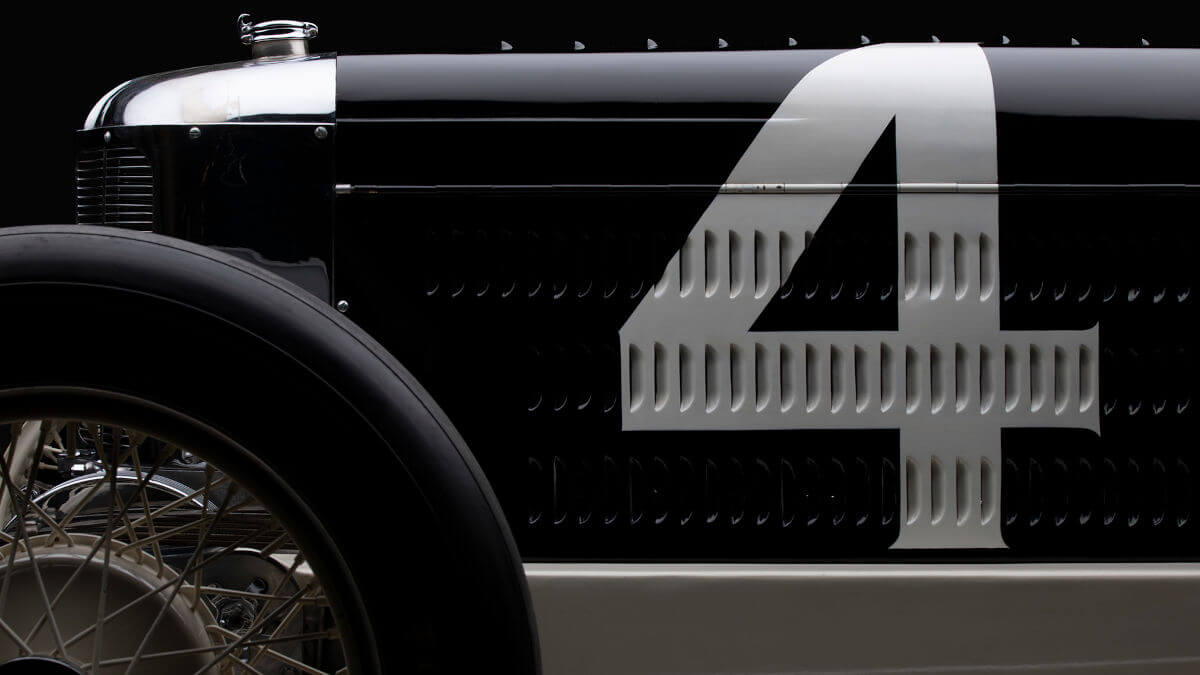 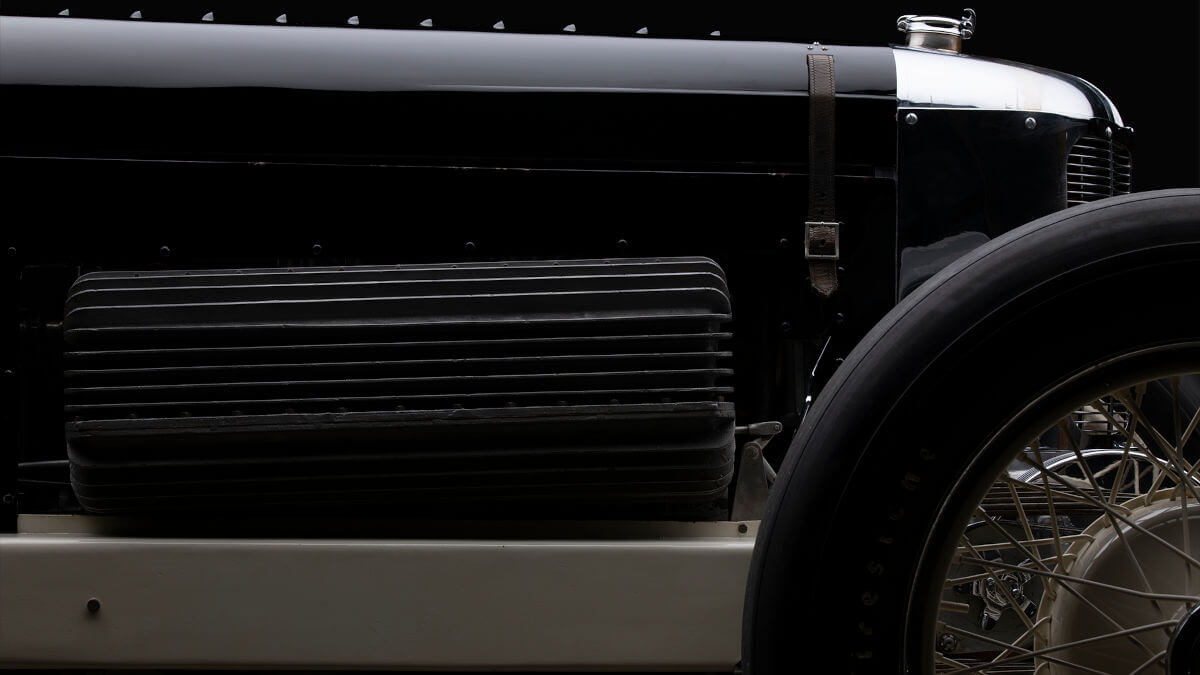 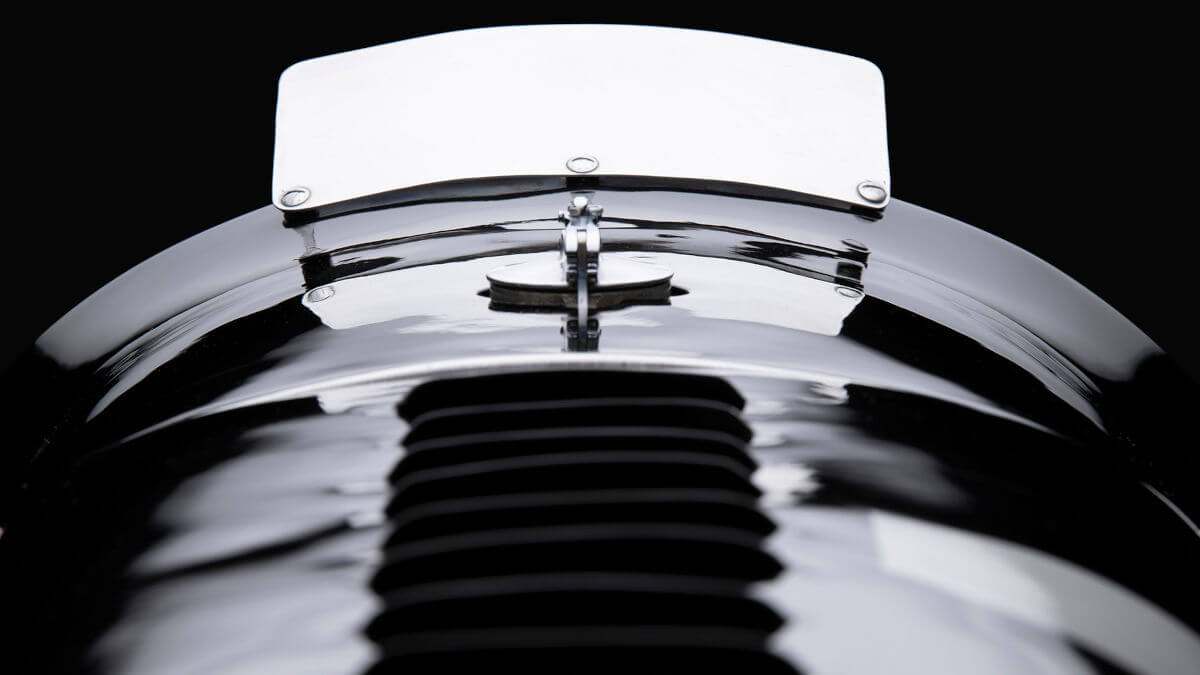 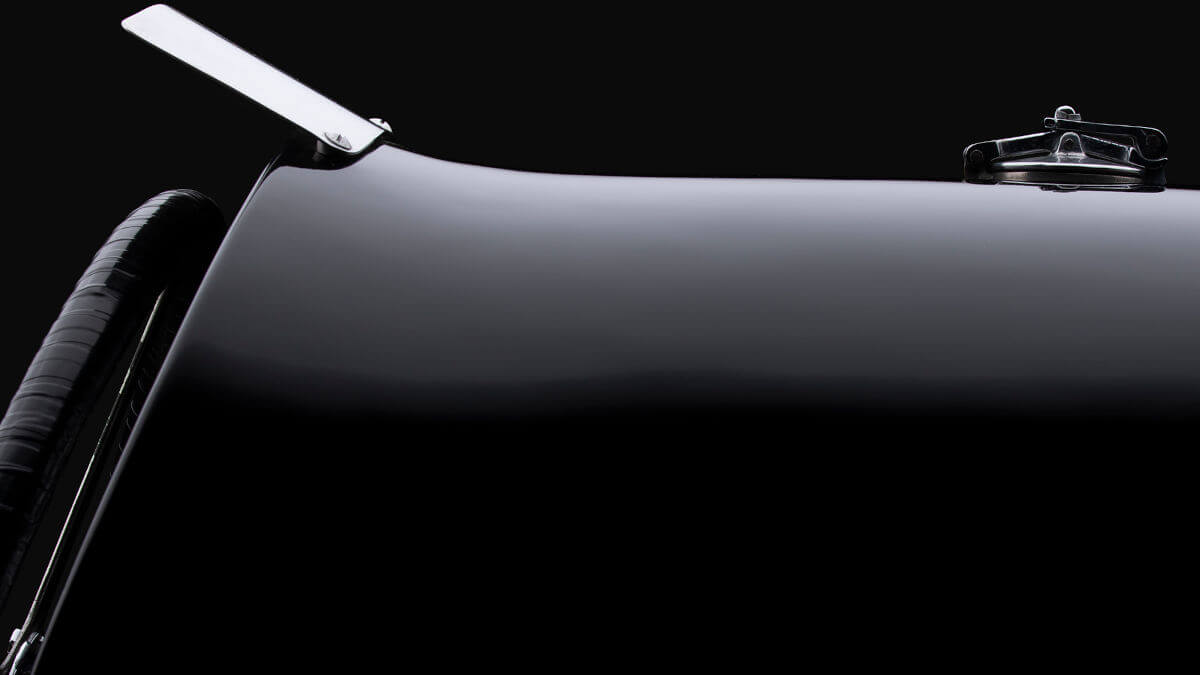 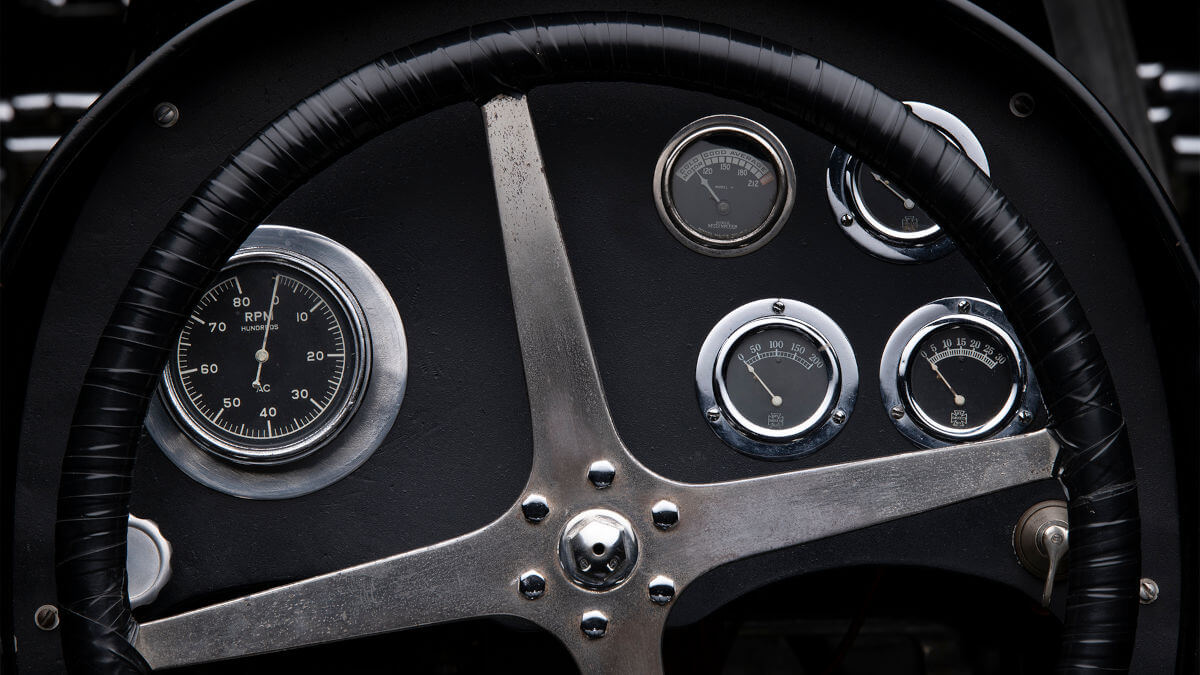 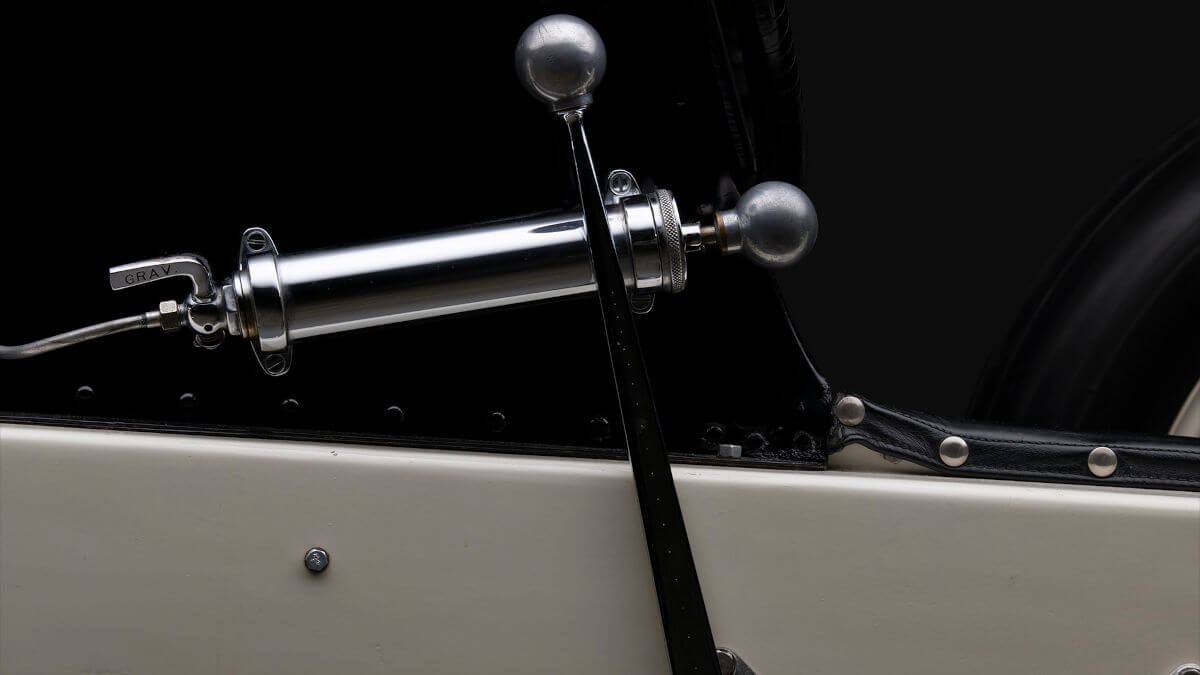 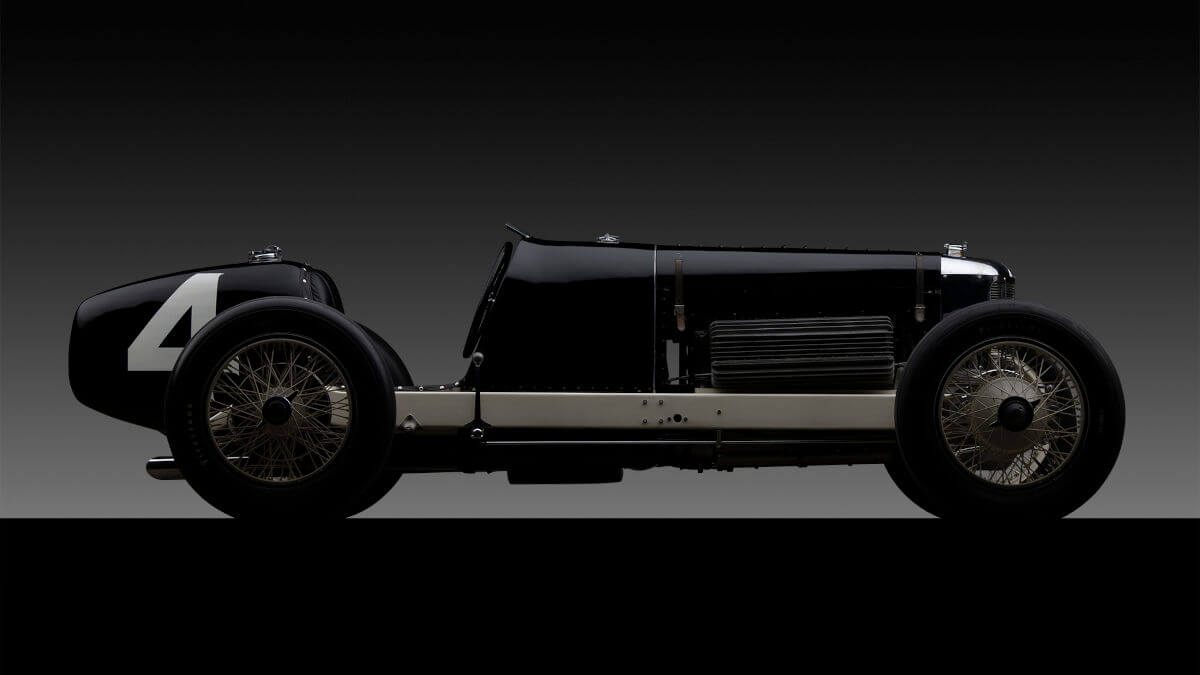 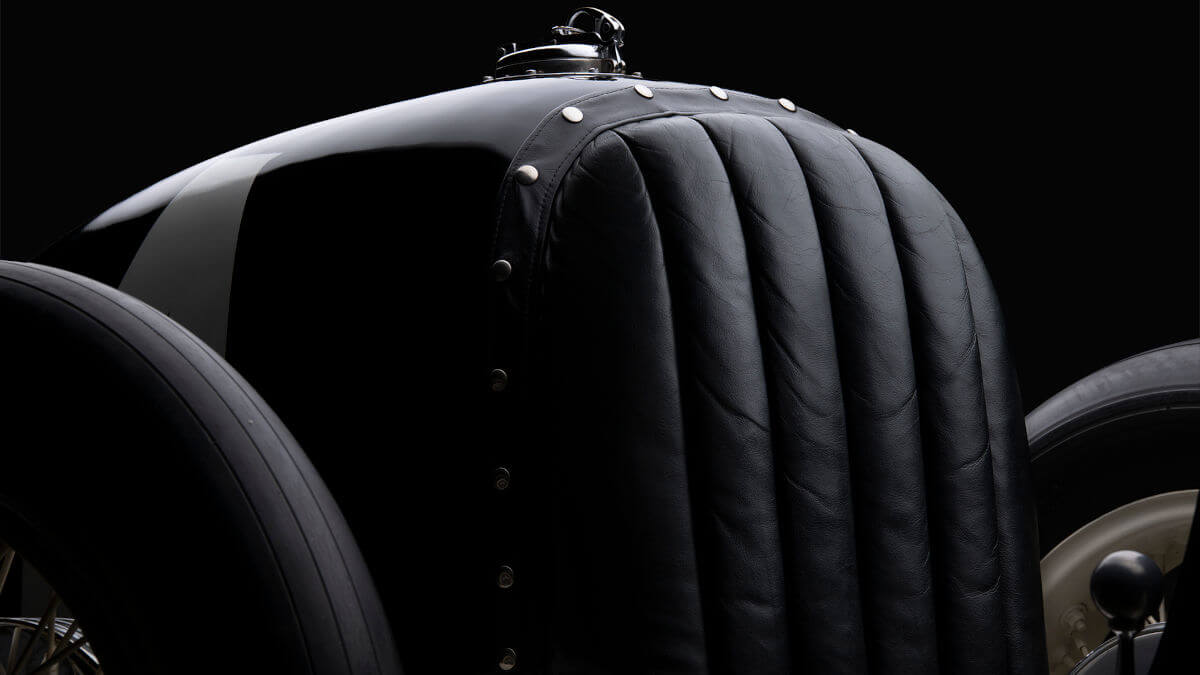 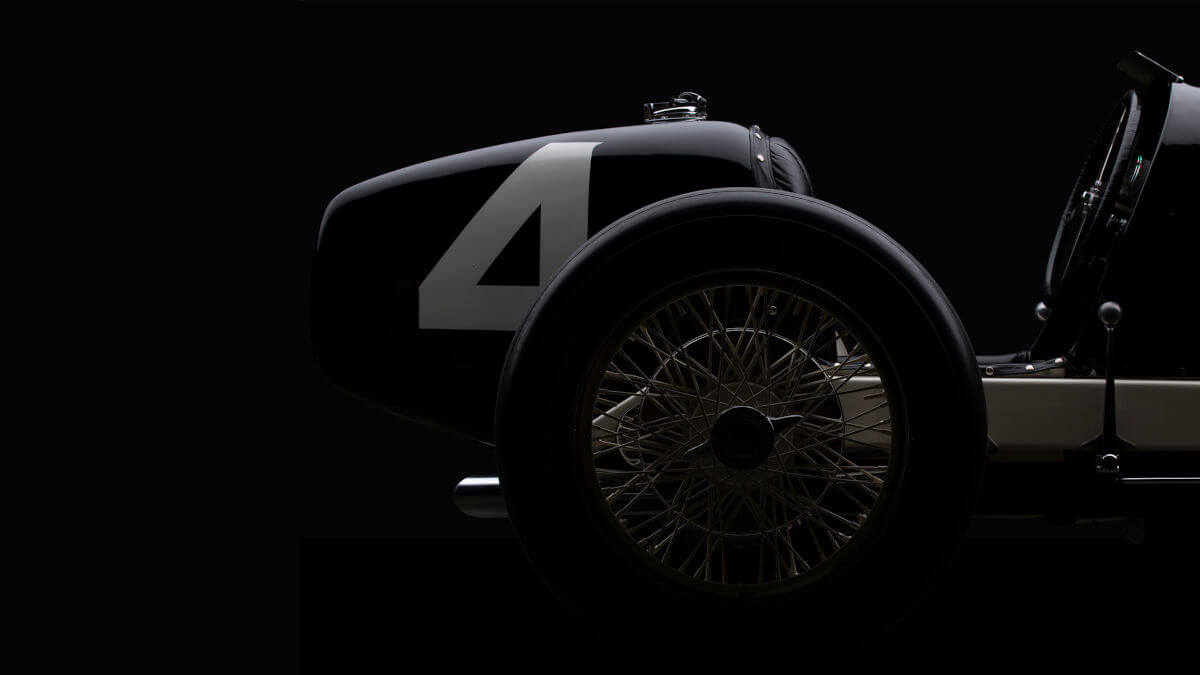 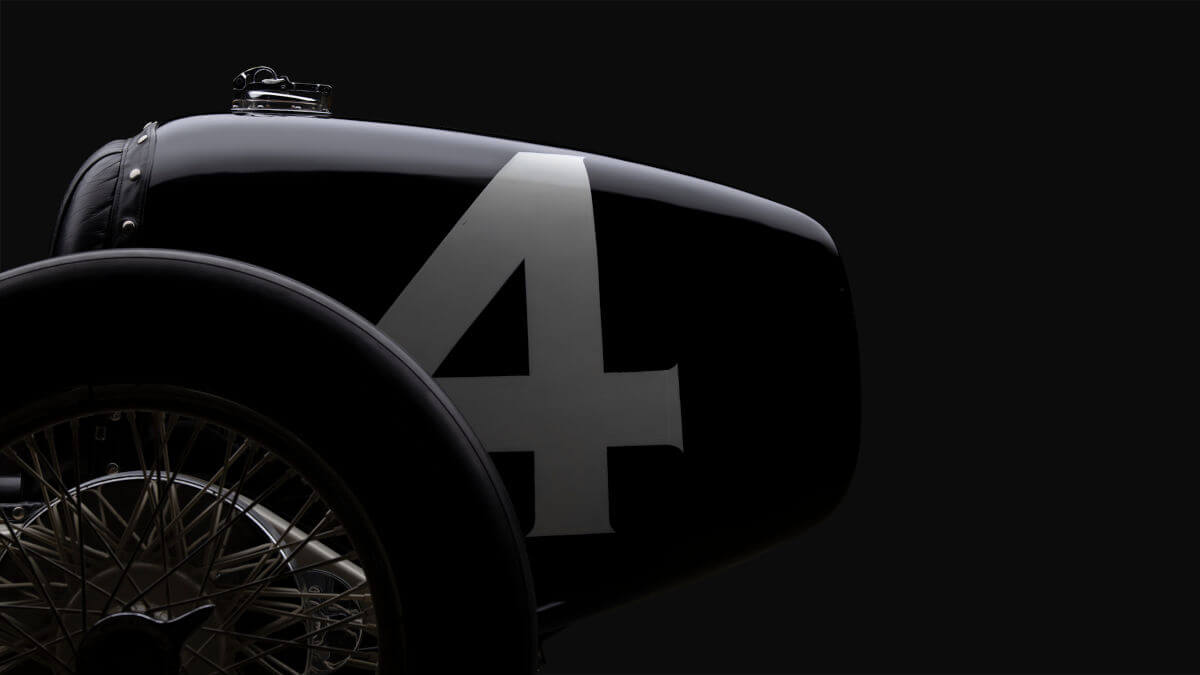 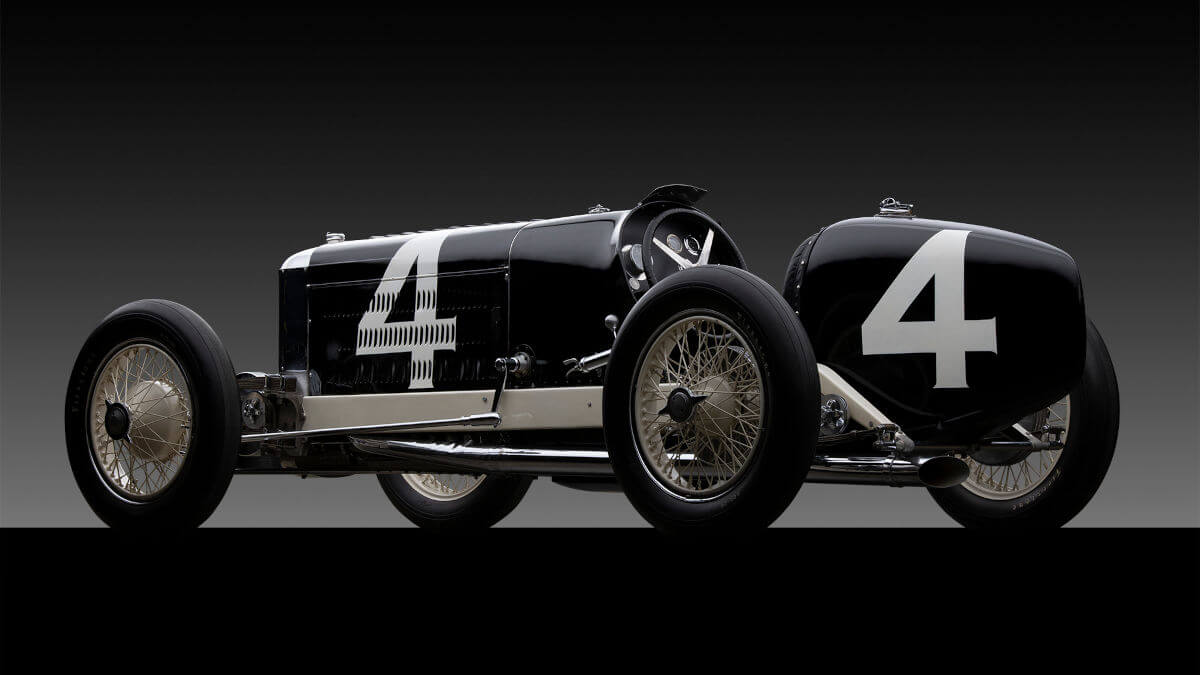 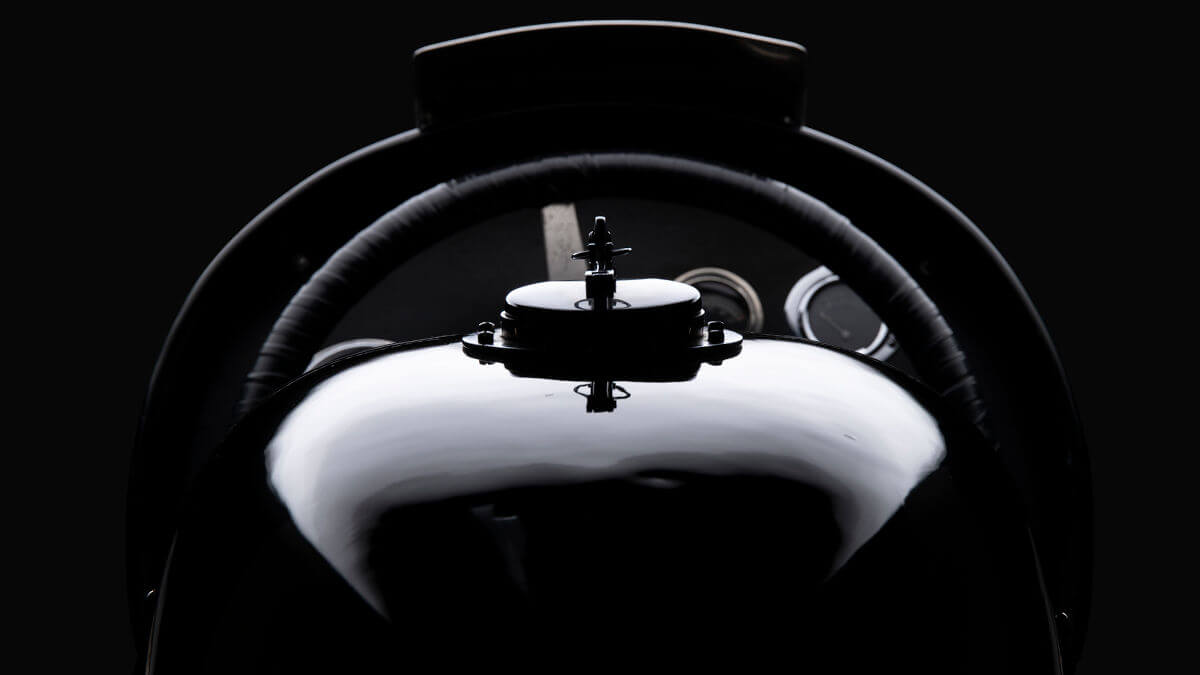 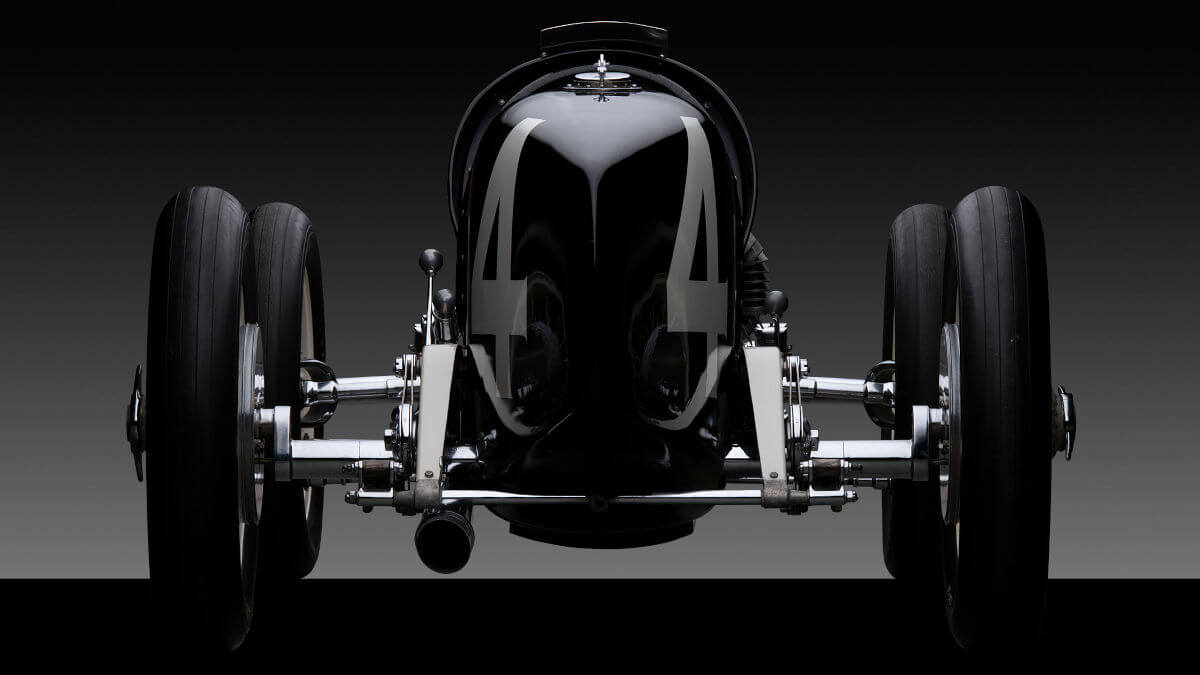 Some background information about Harry Miller can already be found in Bill Pack’s comments earlier in this article. But let us delve a little deeper into the work and life of this engineer and designer, who is largely unknown in Europe.

Harold Arminius Miller was simply called ‘Harry’ by most of the people around him. Between 1901 and 1905, he spent a short time at the Yale Automobile Company in Toledo, Ohio. From there he switched to Oldsmobile under the direction of Ransom E. Olds. There he was allowed to construct his first racing cars for the Vanderbilt Cup, but they weren’t very successful in 1906. So he cancelled his contract and moved to Los Angeles, where he opened his own company for the production of carburetors.

In fact, he was responsible for a number of developments that are now taken for granted in automotive engineering. Among them are those aluminium alloys that are still used today for engine blocks, pistons and transmission housings. He is also said to have pioneered the motorized bicycle and the outboard engine for boats. His main interest, however, was always racing cars. Through the carburetor company, which was already earning him a million US dollars a year in profits in 1910, he quickly came into contact with owners and racing teams, who first brought their cars to him for repair and finally commissioned independent race cars.

At the beginning of the 1920s, the company’s first own engine was built, financed by car fan Tommy Milton and Barney Oldfield. With 183 cubic inches of displacement from four cylinders, two overhead camshafts and four valves per cylinder, the technical data reads almost like an engine of today’s time. In the 1922 Indy 500, this engine was mounted in a Duesenberg chassis and was driven to victory by Jimmy Murphy. Harry Miller then built his own single-seater racing cars and made the engine even more powerful by supercharging. Thus the next victory was achieved in 1923.

From 1926, the race organizer reduced the engine capacity to 1.5 liters (91 cubic inches). Instead of simply lowering the stroke of the existing engine, Harry Miller and his team around Fred Offenhauser and Leo Goosen developed a completely new drive system and a suitable car. Right from the start, he relied on supercharging the new inline eight-cylinder engine. This initially produced around 155 hp at 7,000 rpm, which was later increased to well over 250 hp at 8,000 rpm through fine tuning and road tests. This engine achieved further Indy victories in 1926, 1928, 1929, 1930, 1931, 1932, 1933, 1934, 1936 and 1938, four times in Miller chassis.

A special feature of the Miller 91 was the front-wheel drive already mentioned by Bill Pack (although there were also variants with rear-wheel drive). Ultimately, Harry Miller’s cars and engines at times made up 83 percent of the Indy 500 starting field between 1922 and 1928. But Miller only pursued his ideas until he had described them to Leo Goosen. Goosen then produced scale drawings and passed them on to Fred Offenhauser, who was responsible for their production. During this time, however, Miller had at least two new ideas.

Since other race car builders and engine manufacturers influenced the race organizers in Indianapolis, they changed the rules for 1930 and made the Miller 91 obsolete. Despite the great successes in the run-up, Harry Miller had to sell his company to some investors. He took some of his most capable employees, among them Goosen and Offenhauser, and founded a new company, but it went bankrupt in 1933 after Miller had developed unsaleable 12-, 16- and 24-cylinder engines. In 1935, together with Preston Tucker, he founded the company Miller and Tucker Inc. which was to build ten V8 racing cars for Ford. However, the development time was too short and so these cars failed when the steering boxes installed too close to the exhaust overheated and seized up. In the hands of private drivers, these racing cars were perfected and were used in the Indy 500 until 1948.

Together with Preston Tucker, Miller then worked on the Tucker Combat Car, which was to transport soldiers on tarmac at up to 185 kph (115 mph) and on rough terrain at up to 105 kph (65 mph). He took some ideas from this development to American Bantam, where he helped to develop the original version of the Jeep. He died in 1943 at the age of 67. His designer Offenhauser successfully continued the motor business with further developed Miller engines with Indycar racing teams under his own name. Offenhauser engines achieved another 27 victories until 1976.