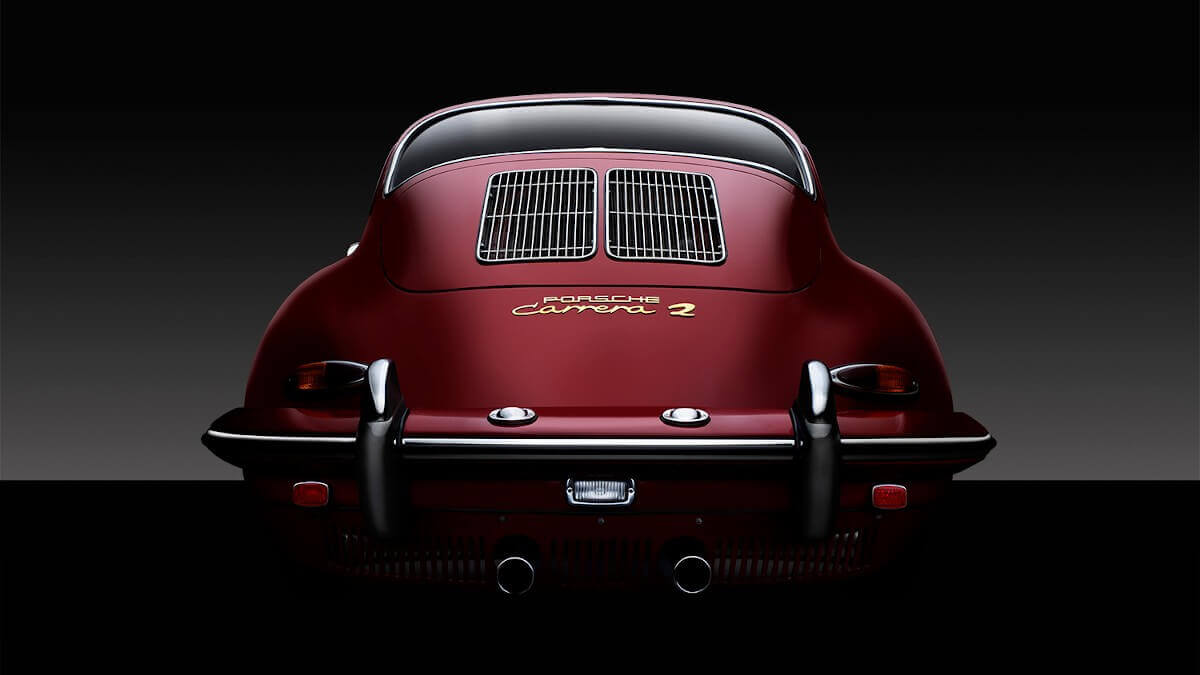 Do you know Erwin Komenda? He designed classics like the Porsche 356 and will be introduced to us this time by Bill Pack.

Welcome back to a new part of our monthly Automotive Art section with photographer and light artisan Bill Pack. He puts a special spotlight onto the design of classic and vintage cars and explains his interpretation of the styling ideas with some interesting pictures he took in his own style. The November issue features the Porsche 356 that kickstarted the sports car manufacturer from Stuttgart Zuffenhausen.

’20 Feet From Stardom’, this phrase describes the life of Erwin Komenda who developed the body of the Volkswagen Beetle and the most important three number sets in history: 356, 550, 901 and the lightweight fiberglass body of the 904. Yet history doesn’t readily reflect this information. Why?

Erwin was born on April 6, 1904 in Jauern am Semmering, Austria. His father was the technical director for the first power station in Semmering and Weyer – Enns, where the family relocated in 1913.

He studied at the higher technical institute for iron processing in Steyr from 1916 to 1920. He made a switch in direction in 1920 and worked as an automotive designer at Wiener Karosseriefabrik. Between 1920 and 1926 Erwin completed a bodywork design course at the Vienna Technological Museum of Trade.

In 1926 Ferdinand Porsche came to Steyr as Technical Director after leaving the Daimler-Benz AG. It was here that Erwin and Ferdinand first met. In 1929 Erwin became the chief designer of the experimental and body development department of Daimler-Benz AG in Sindelfingen, Germany.

Erwin joined forces with Ferdinand Porsche in 1933 as head of the bodyworks department. A position he retained until he passed in 1966. As the new generations of the Porsche family started to rise in the company, a continuously splitting relationship developed between Erwin and the Porsche family. This division was most evident in the development of the 901. Erwin wanted to hold to the lines of the 356 while Butzi Porsche wanted more sporty modern lines. In the end it became a blending of ideas that gave birth to the most famous lines in the automotive world, the 911.

This fraction between Erwin and the Porsche family calumniated with the Porsche PR machine erasing Erwin from famous photographs with Ferdinand and Ferry Porsche. The PR machine has reduced his name from the credit in which he is due from much of Porsche history.

As you view this example of a 1962 Porsche 356 Carrera 2000/GS, get to know and discover Erwin Komenda. The man who drew the famous lines of the 356 and some more Porsche models afterwards. 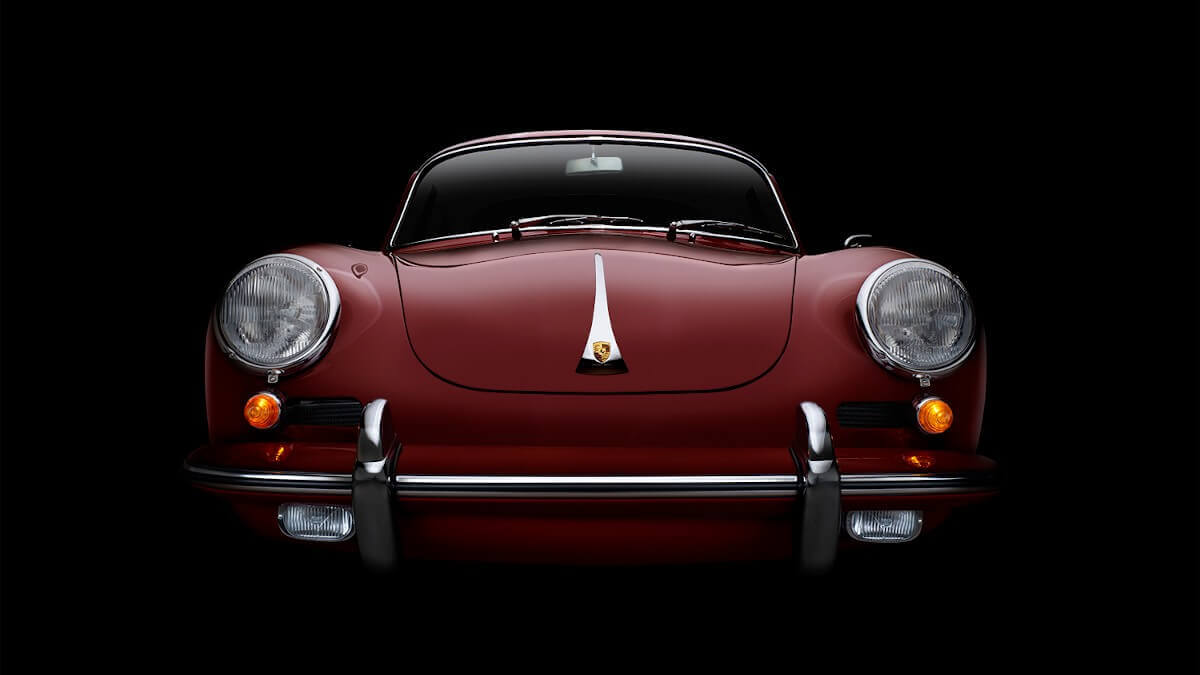 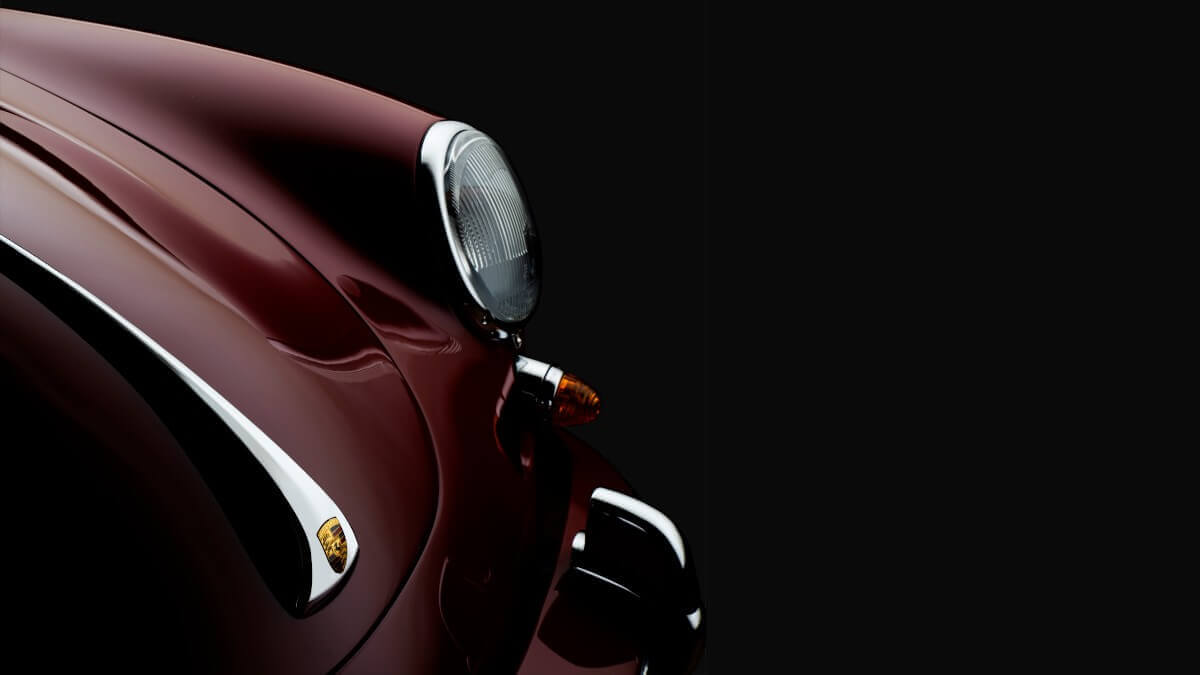 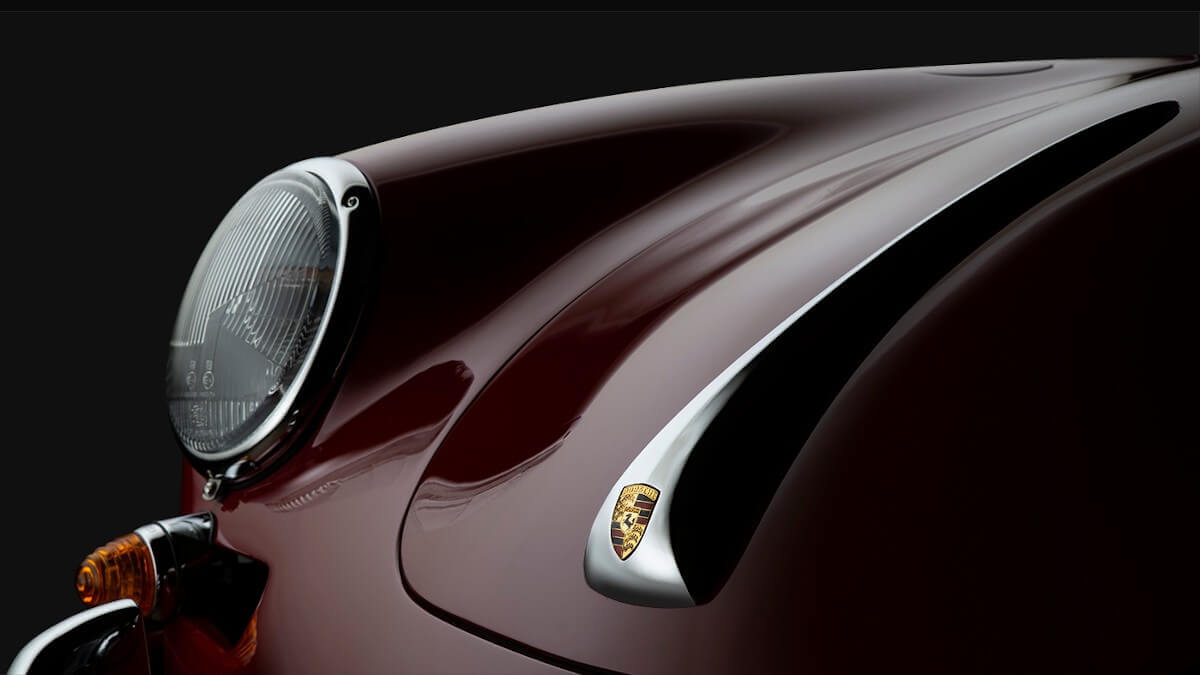 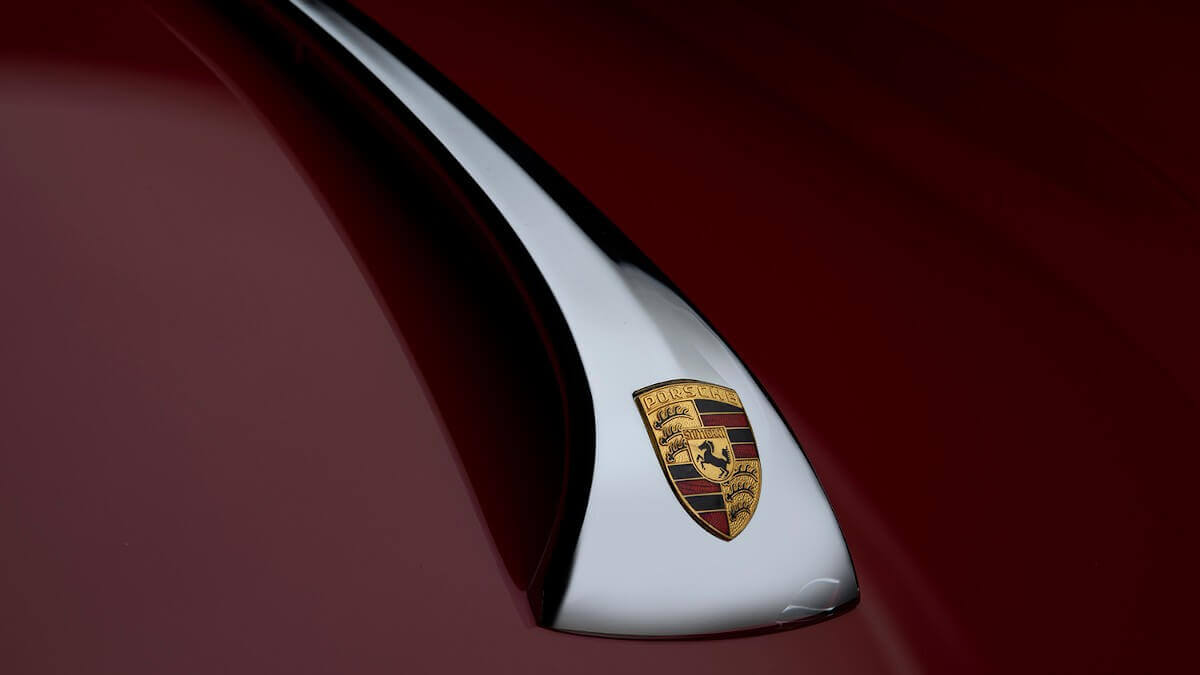 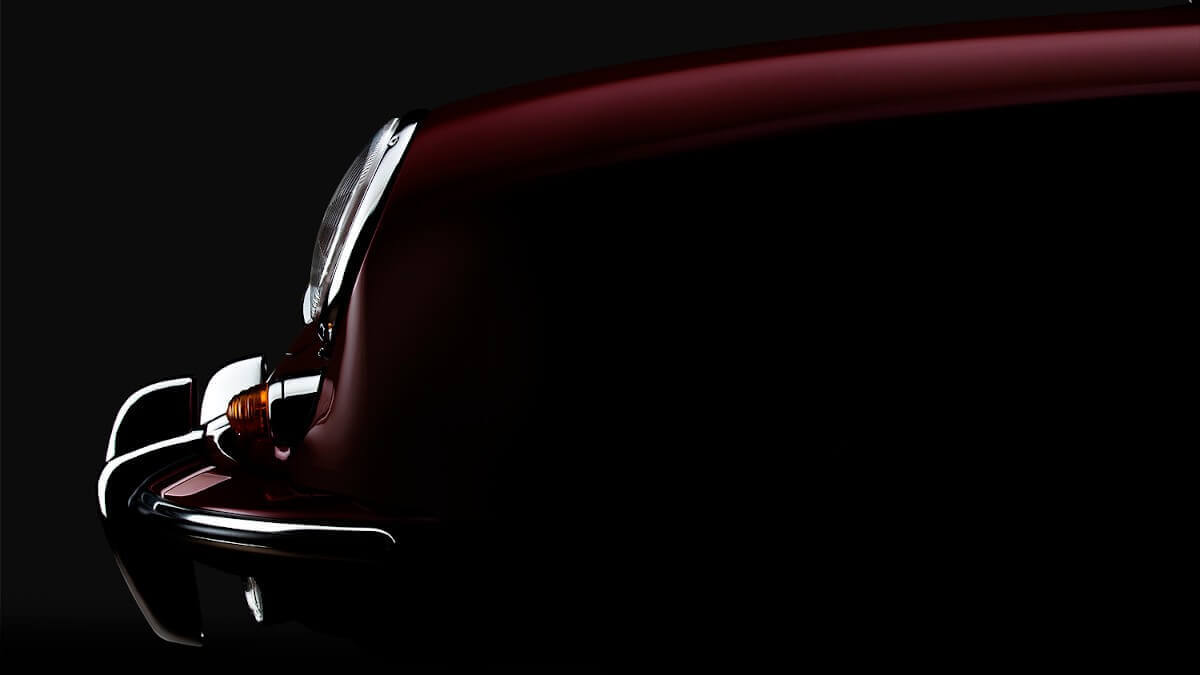 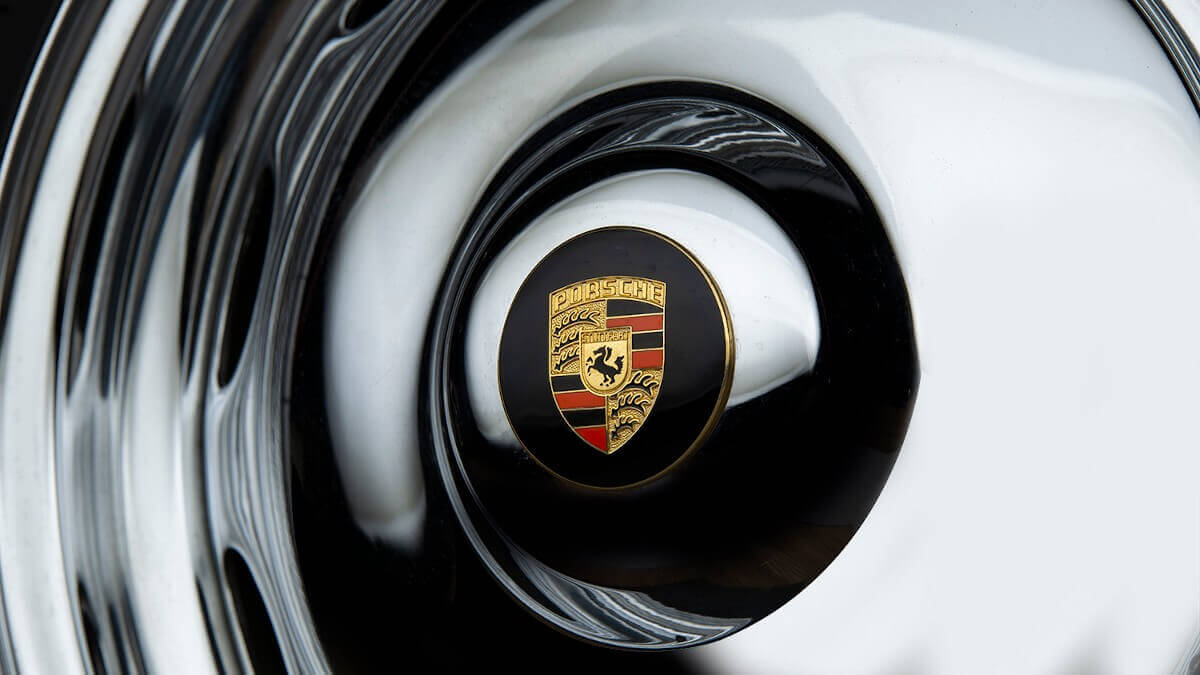 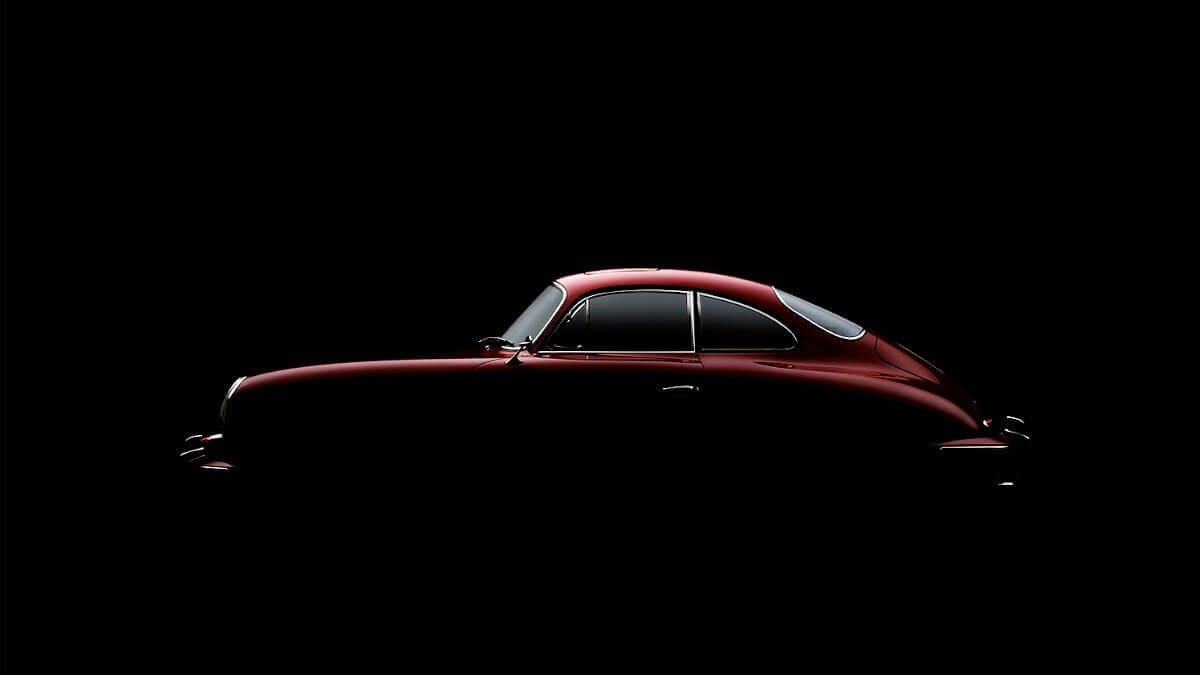 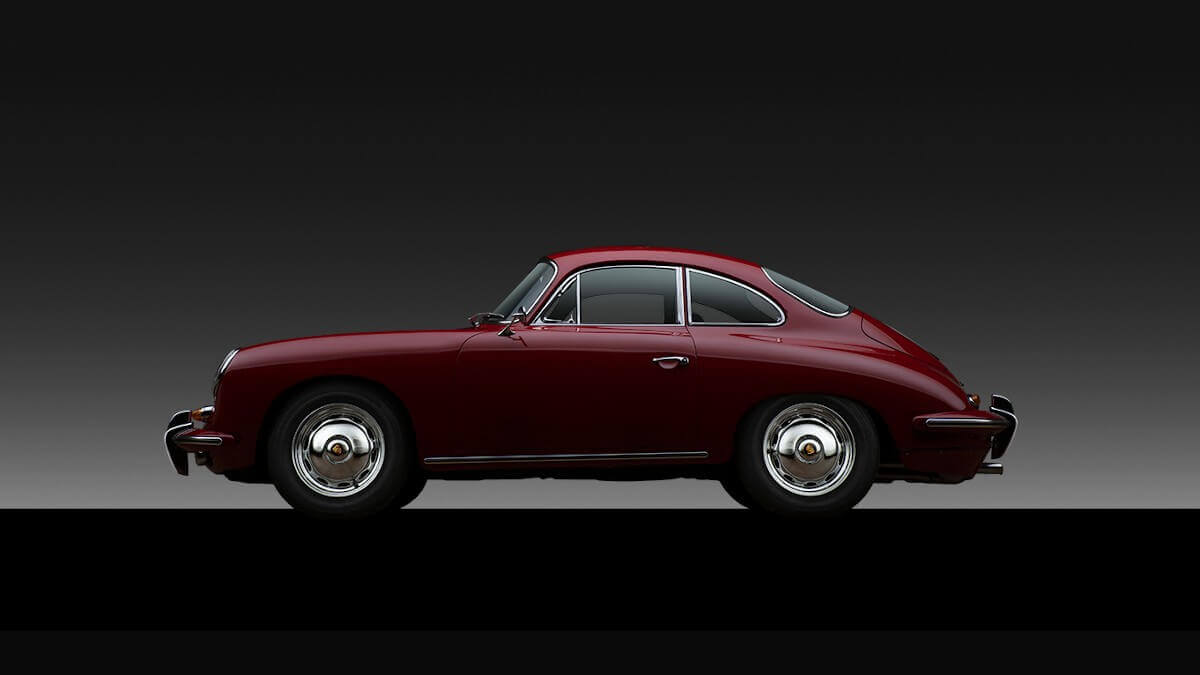 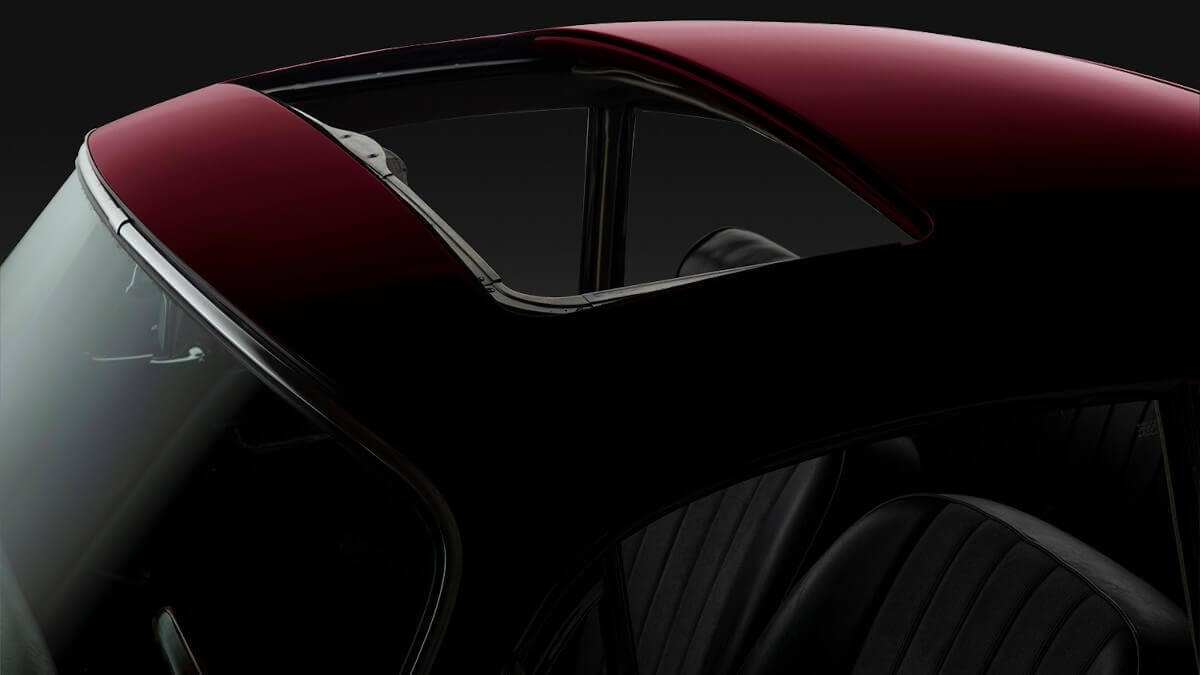 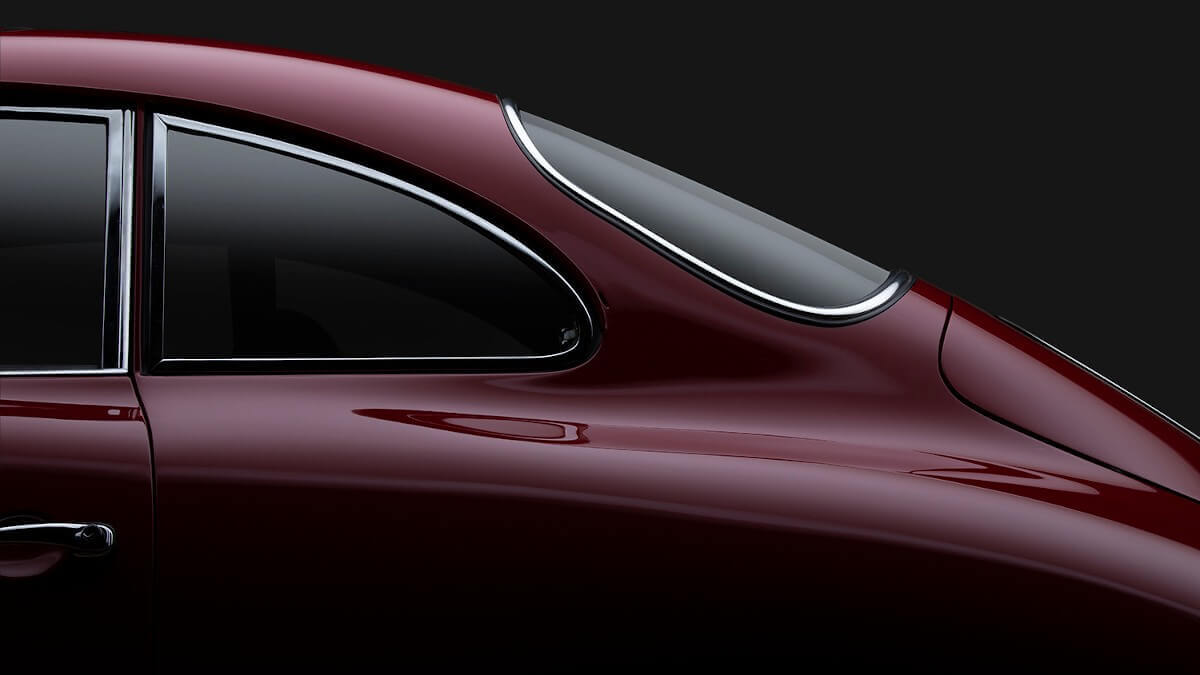 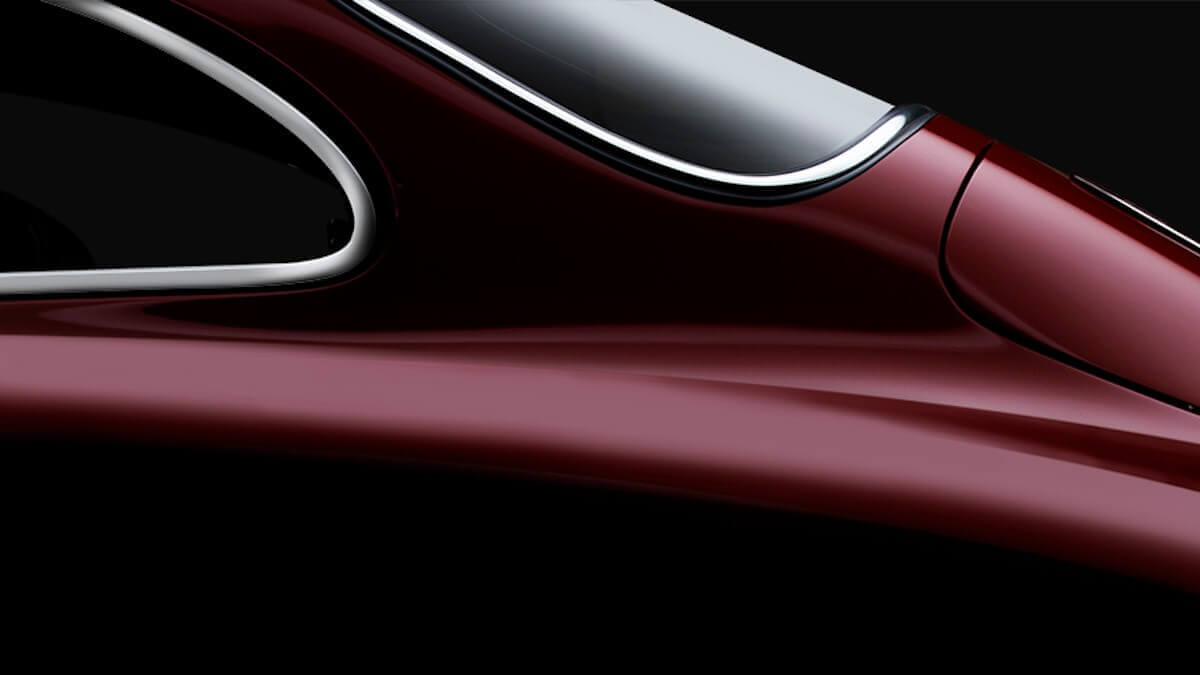 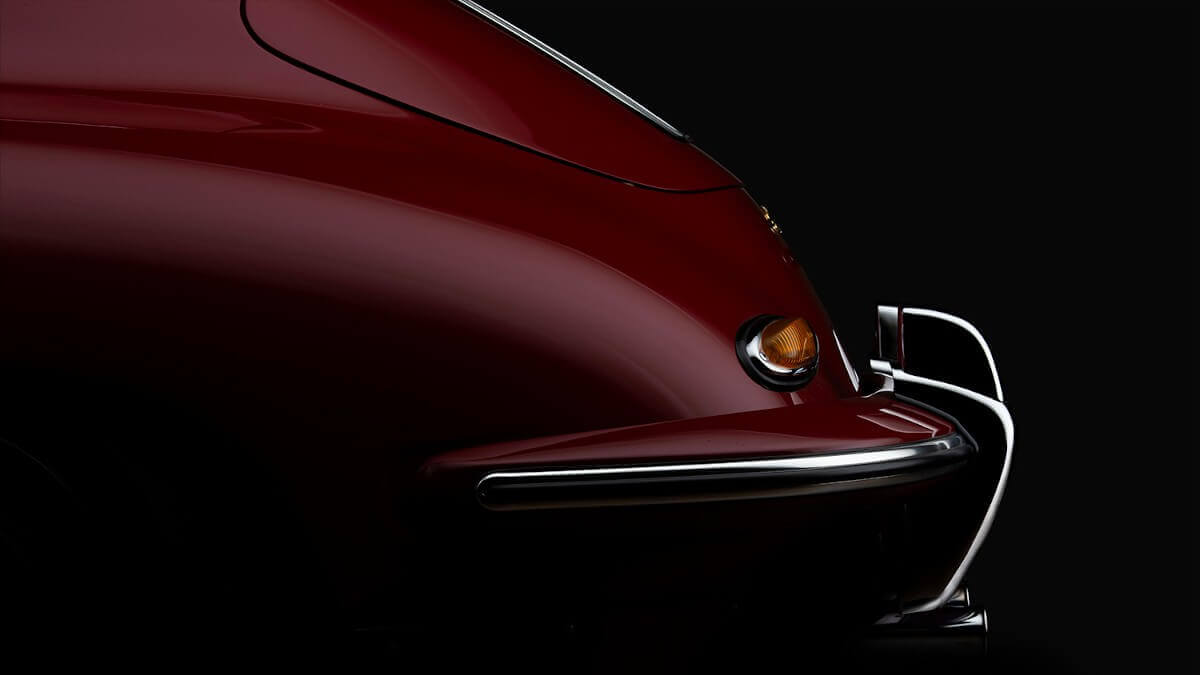 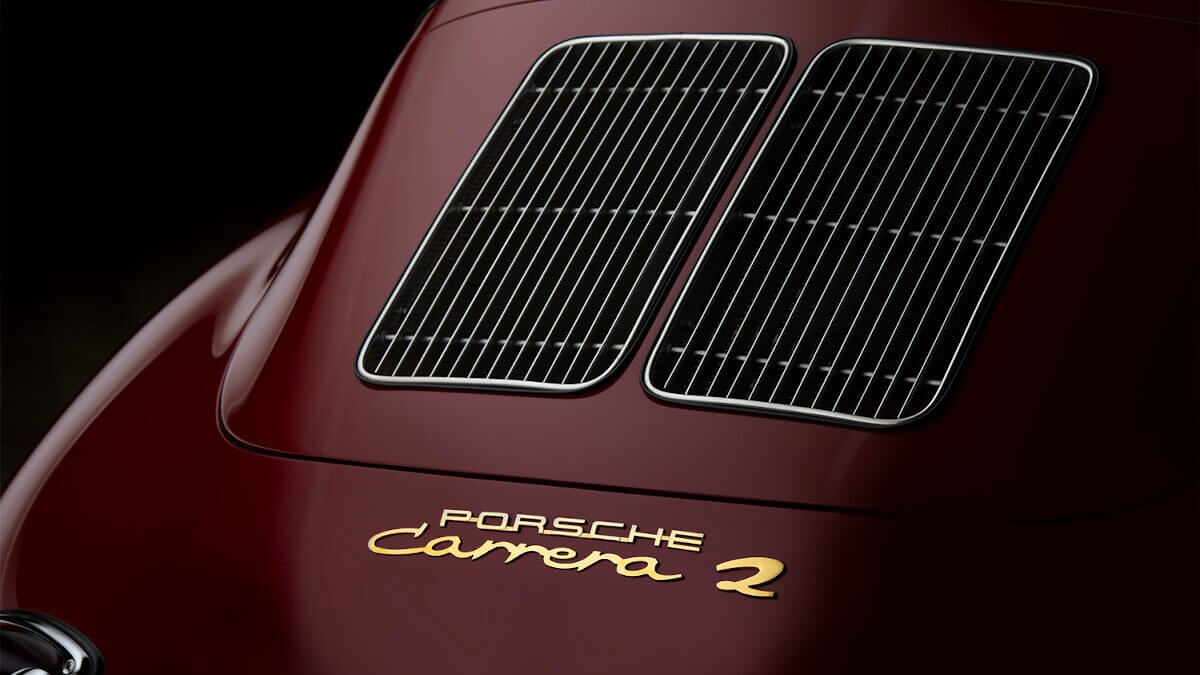 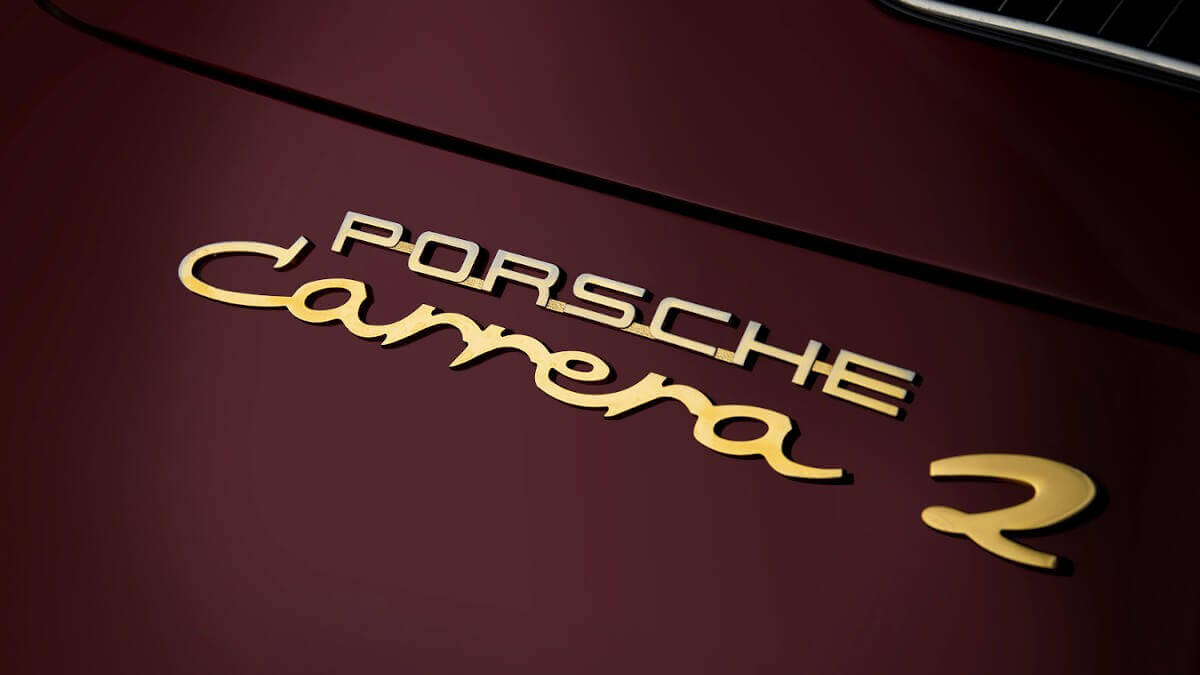 Only recently, we have dealt with the early history of the Porsche 356 in Gmünd/Austria here in the magazine of Secret Classics. In 1950 the company returned back to Stuttgart and moved into premises in the immediate vicinity of the coachbuilder Reutter in Zuffenhausen, where from now on the bodies of the 356 and later also some race cars such as the 550 were built. Reutter had already been working closely with the construction office of Ferdinand Porsche since 1930 and had already taken over the production of the bodies for the types 7, 8, 9, 12 and 32 developed there. After only six years, the 10,000th 356 body was handed over to Porsche. In 1963 Reutter sold the body shop, including all 950 employees, to the sports car manufacturer and shifted their core business to car seats, which were previously offered in parallel – under the brand name Recaro, which is well-known worldwide today. Porsche again became one of the first customers.

Back to the 356. Until 1955, this model came off the production line in its original form as a Coupé and Cabriolet with four engine variants. In 1952, Porsche presented the America Roadster, a lighter and more sporty version, which was too expensive to produce due to the handmade bodywork made by Gläser in Dresden and was therefore only produced 15 times. At the request of US importer Max Hoffmann, the 356 Speedster was subsequently developed together with Reutter, with a lower windscreen, side windows to pull out of the doors manually and a rudimentary fabric hood for weather protection.

In October 1955, the 356 A was launched as an extensive model upgrading, which resulted in the car losing its previously bent (and initially two-parted) windscreen in favour of a curved part. Under the small rear hood there were now 1.3 and 1.6 liter four-cylinder boxer engines with up to 105 hp. Above this was the Carrera GS/GT, a 110 hp sports version. On the body side, there were Coupé, Cabriolet and Speedster, as well as the Convertible D manufactured by Drauz in Heilbronn/Germany with a higher windscreen compared to the Speedster and later the Hardtop Coupé. A total of 21,045 units of the 356 A were produced.

With the 356 B, a further developed version of the rear-engined sports car with higher headlamps followed in autumn 1959. In addition to the Coupé and Cabriolet, there was the Roadster, produced by D’Ieteren in Brussel/Belgium, as a replacement for the Speedster and Convertible D. It was also available as the Hardtop with a firmly welded roof by Karmann in Osnabrück from 1960. The small motor versions were finally eliminated. Instead there were three performance levels of the 1.6-liter engine and from 1961 a two-liter top version in the 356 2000 GS Carrera 2, the first production Porsche with disc brakes.

From mid-1963 to spring 1965, the 356 C was offered as the final version parallel to the new 911. Optically hardly to be distinguished from the 356 B, this variant received simpler wheel caps without Porsche logo, the omission of the Roadster, only two engines with 75 or 95 hp as well as in both performance levels disc brakes ex works. After a total of 76,302 units, the production of the Porsche 356 finally ended.