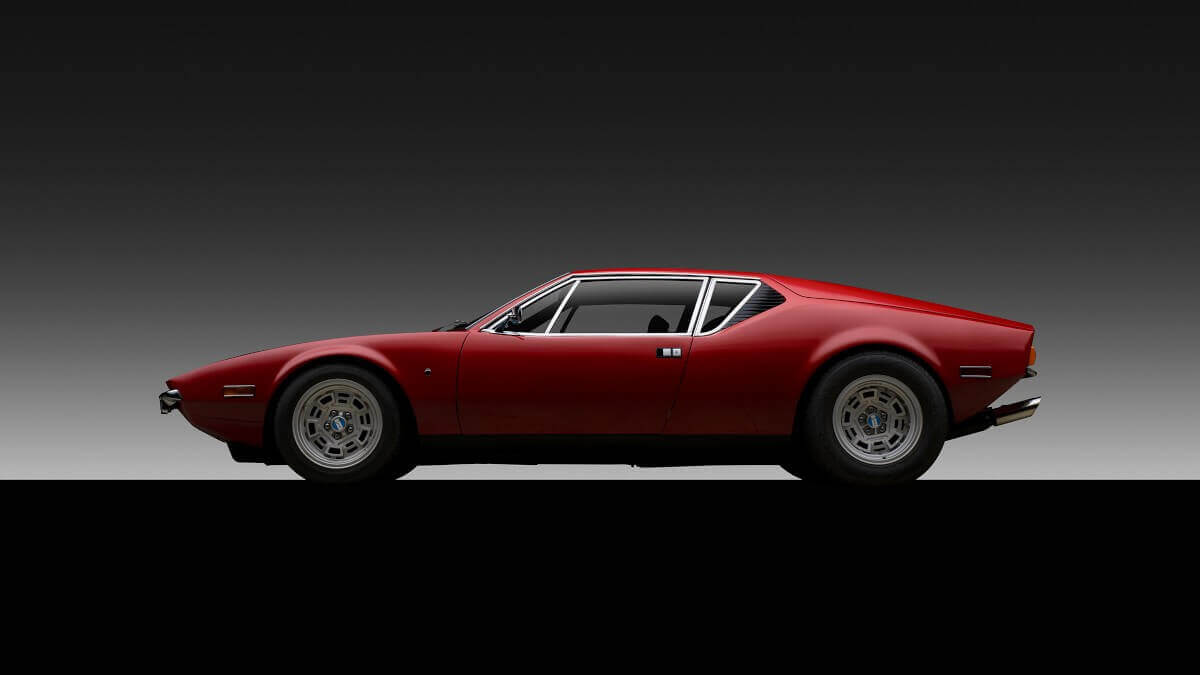 For the cooperation with Ford, the De Tomaso Pantera with a masterly design by Tom Tjaarda was created in the early 1970s.

Welcome back to a new part of our monthly Automotive Art section with photographer and light artisan Bill Pack. He puts a special spotlight onto the design of classic and vintage cars and explains his interpretation of the styling ideas with some interesting pictures he took in his own style. For the October edition Bill shows us some nice pictures of a De Tomaso Pantera.

Tom was born in Detroit, Michigan, in 1934 to Dutch-born John Tjaarda, who worked for Ford, designing an incredible rear-engined streamliner concept that would be developed into the striking 1936 Lincoln Zephyr.

Initially Tom had interest in a different career path than that of his father. He studied architecture at the University of Michigan and a pivotal moment happened in his senior year. Tom took an elective industrial design class. For this class he designed a car which lead to a meeting with Ghia’s Luigi Segre. This took him on a path that we all get to appreciate.

First, name a better discipline to base an automotive design career on than architecture. Could this be the difference that sets Tjaarda apart from his peers? Car design, could be argued, is the natural extension of traditional architecture. In architecture you design spaces for people to live life. Car design is the design of the space where life is lived while in motion.

“His design has a quiet elegance and impeccable balance.” – says Tom Matano, the executive director of the School of Design at the Academy of Art University in San Francisco.

Quiet elegance, is what moves me the most about Tom’s design. When you have something that is strong, its impact is greater when quietly and elegantly presented. Tom was a master of this.

As you view my imagery of the 1972 De Tomaso Pantera, look for the influence architecture had on his design. Discover the quiet elegance and lines of the master designer Tom Tjaarda. 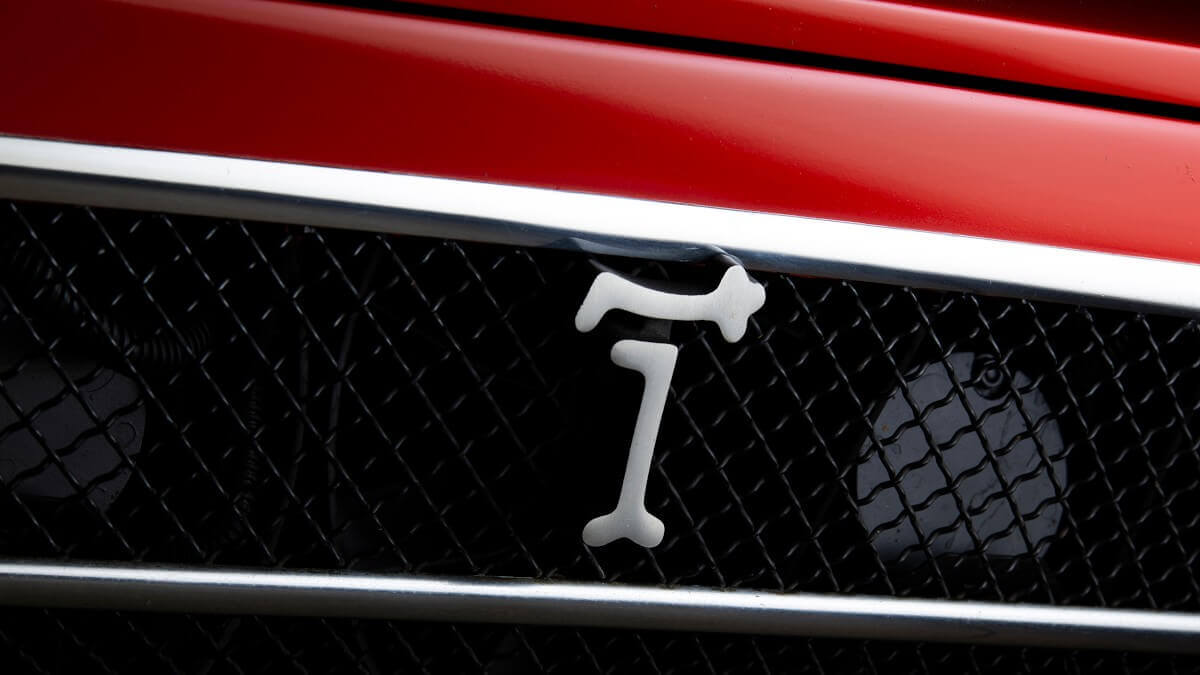 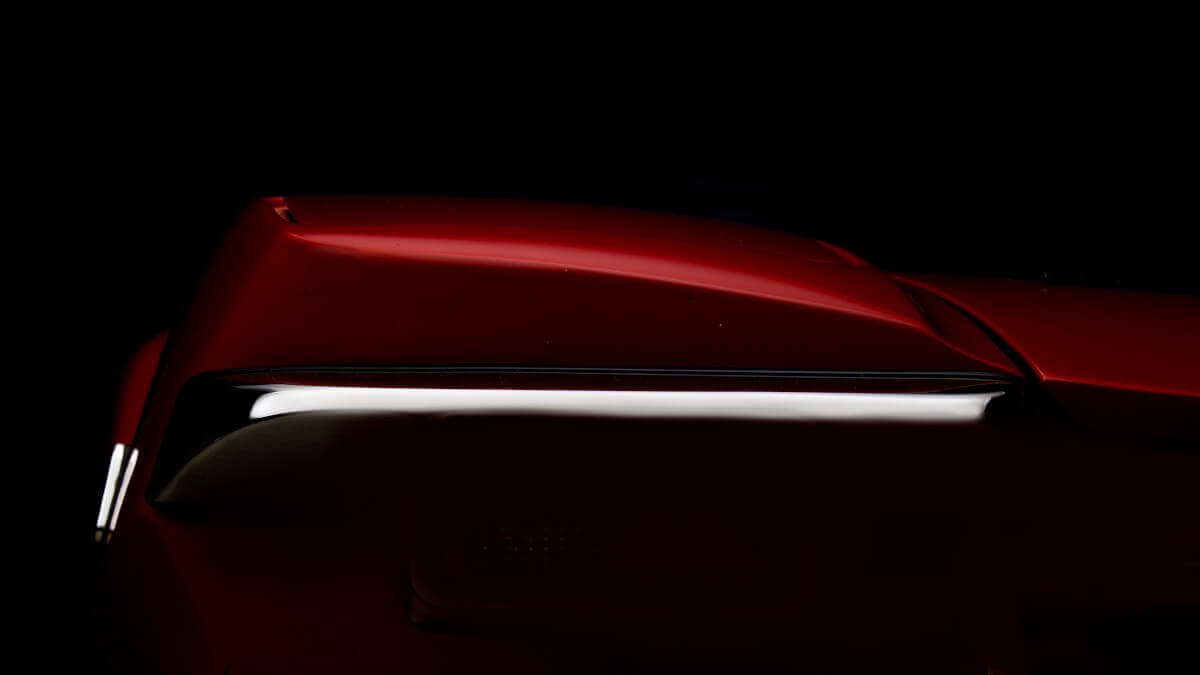 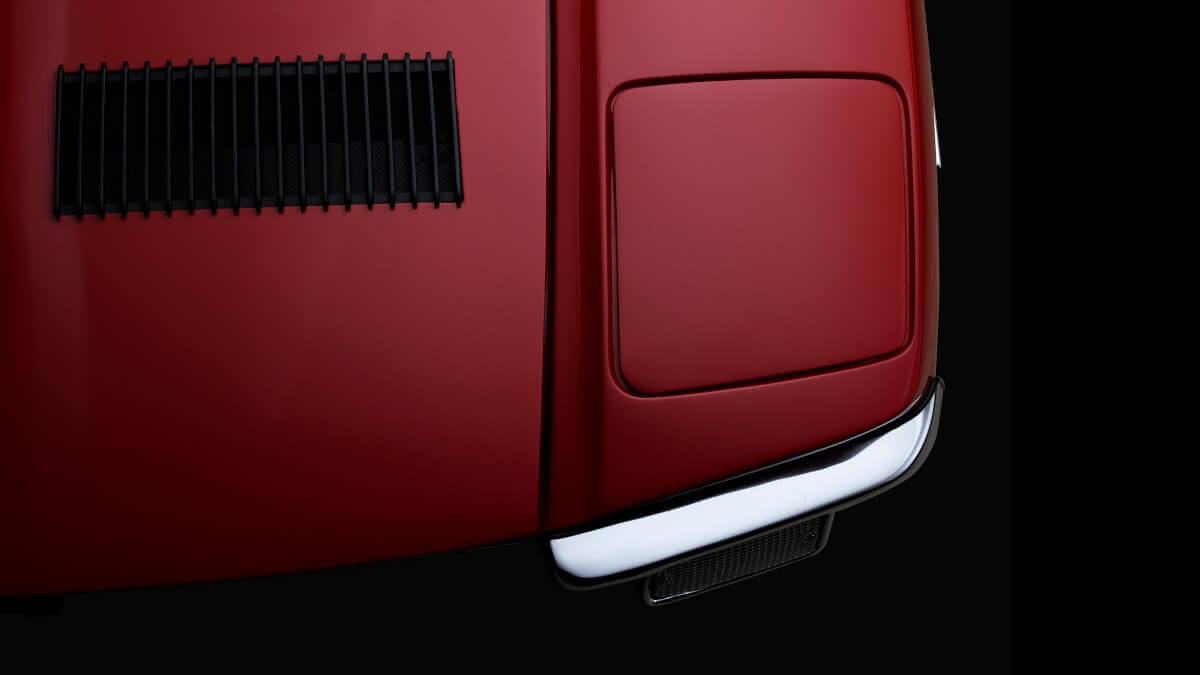 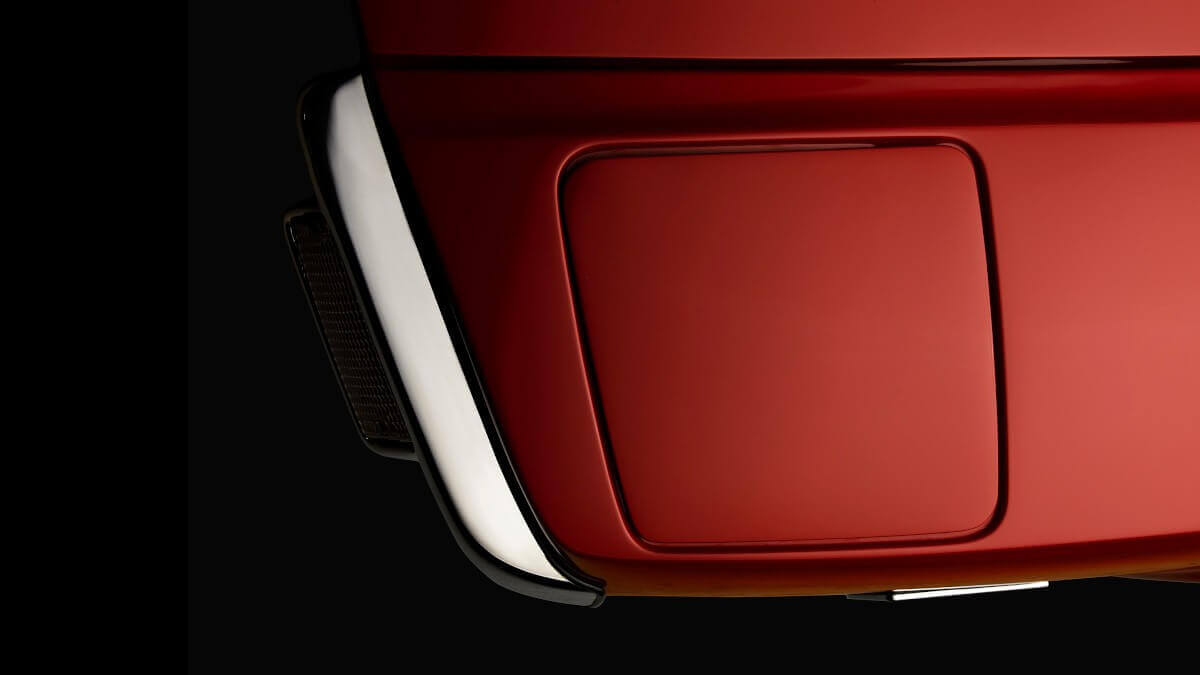 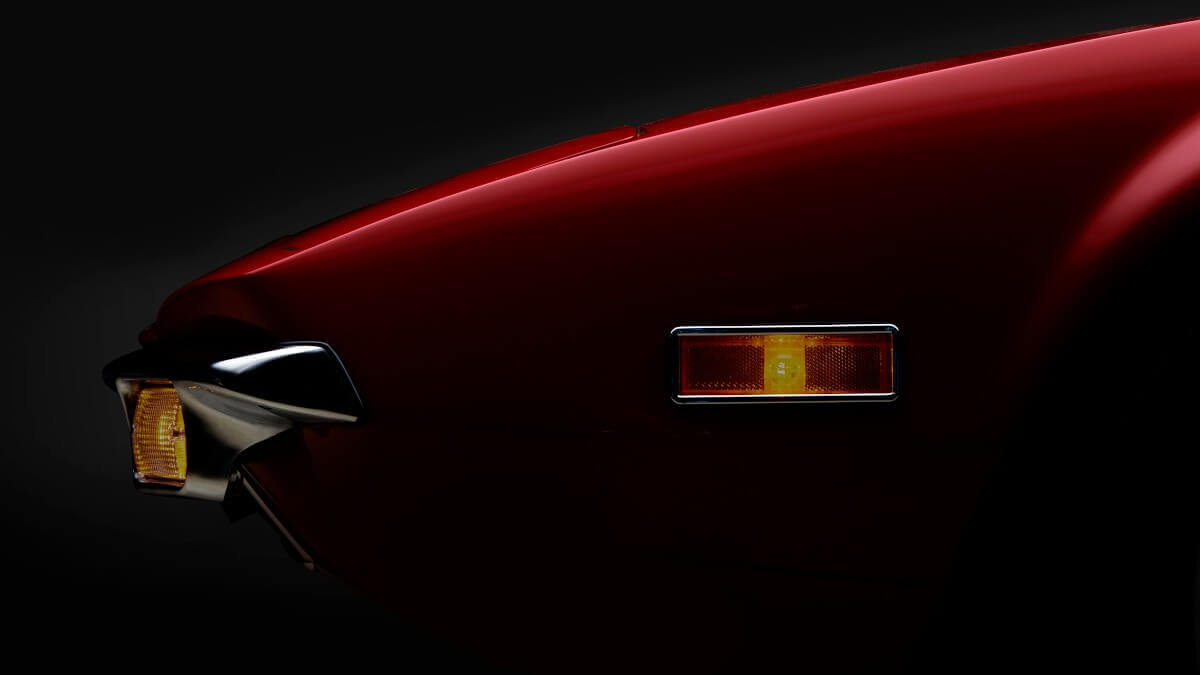 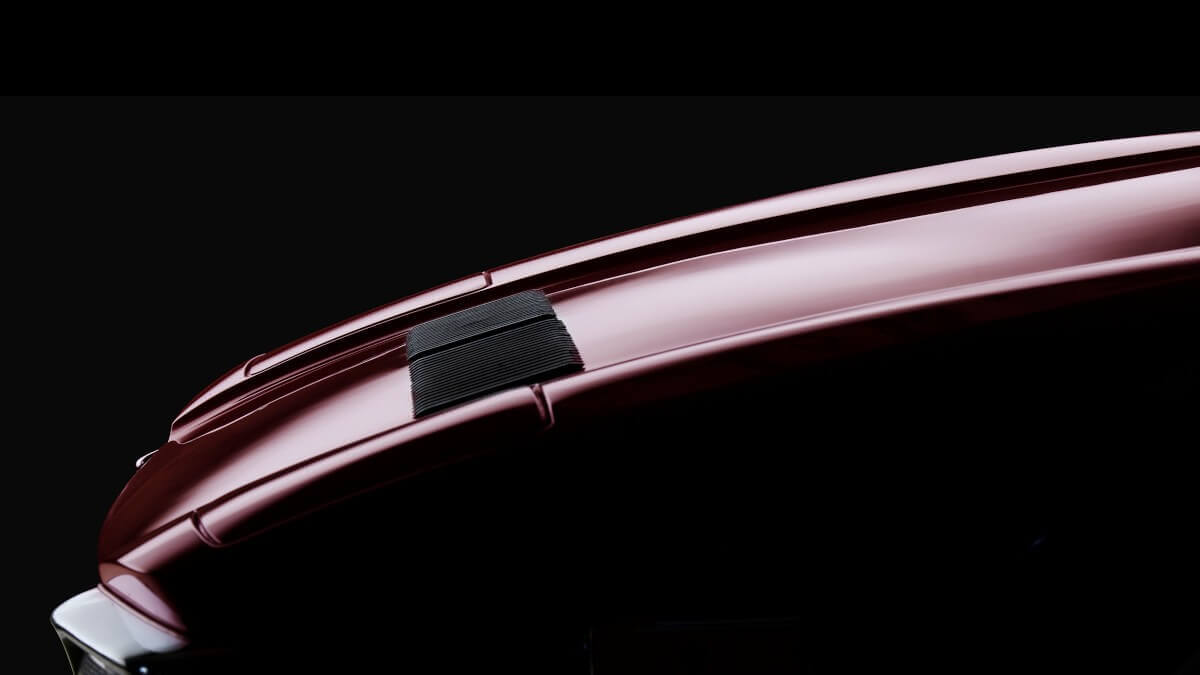 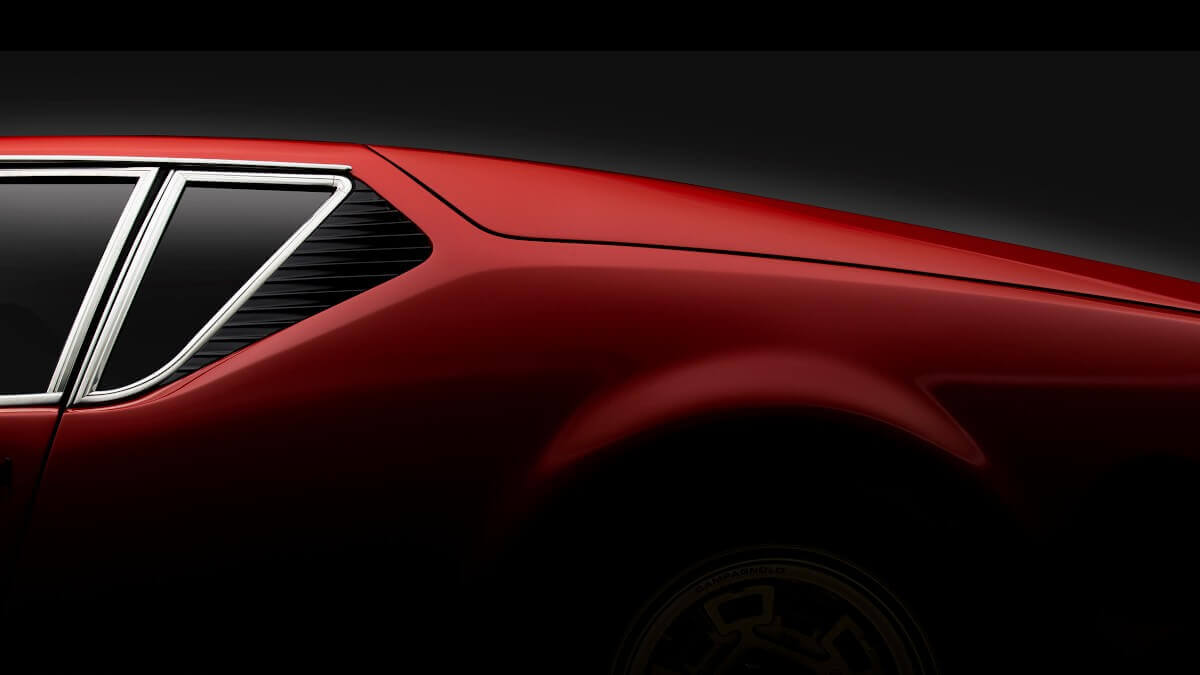 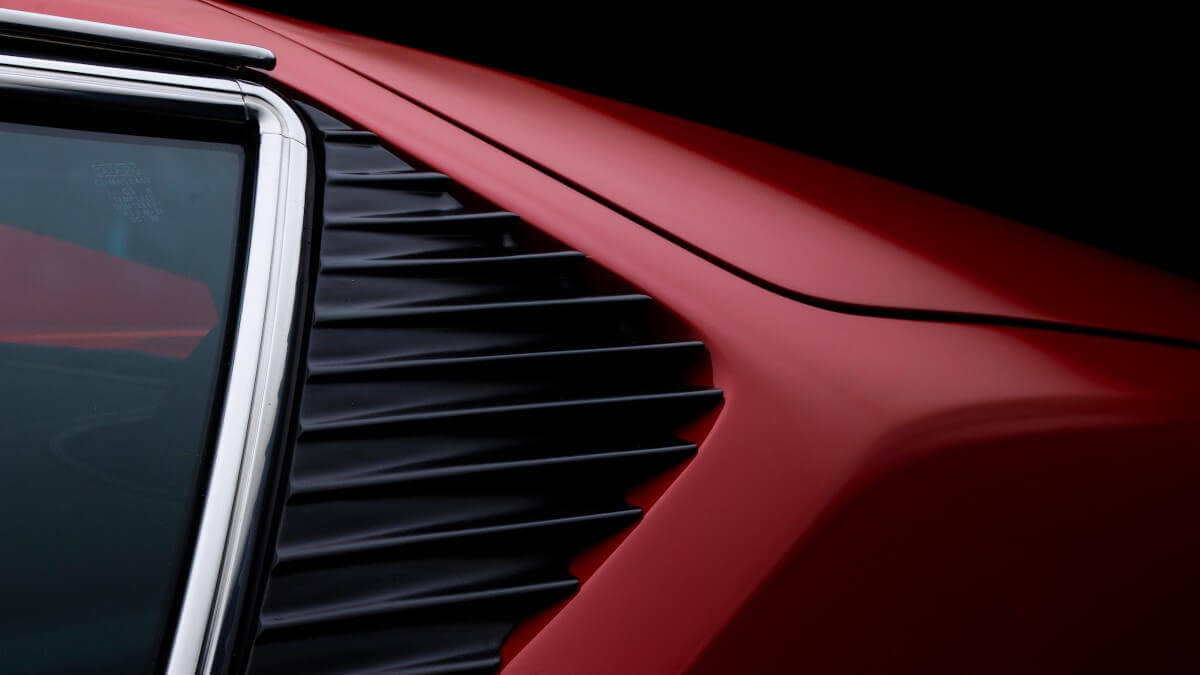 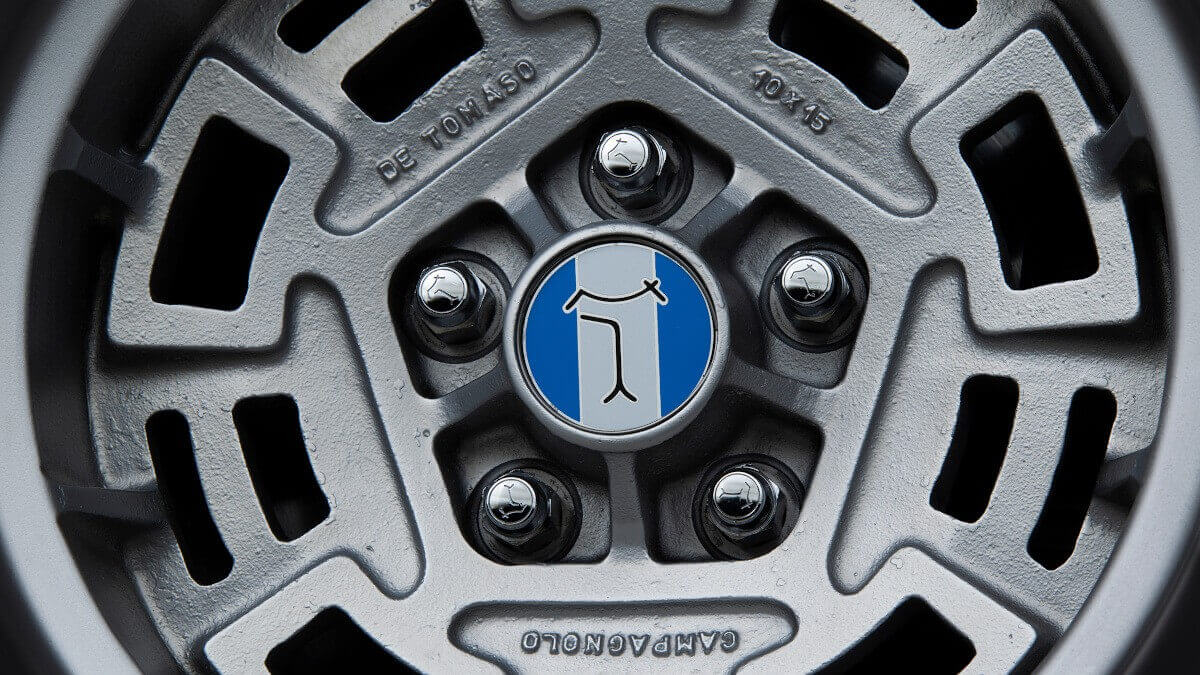 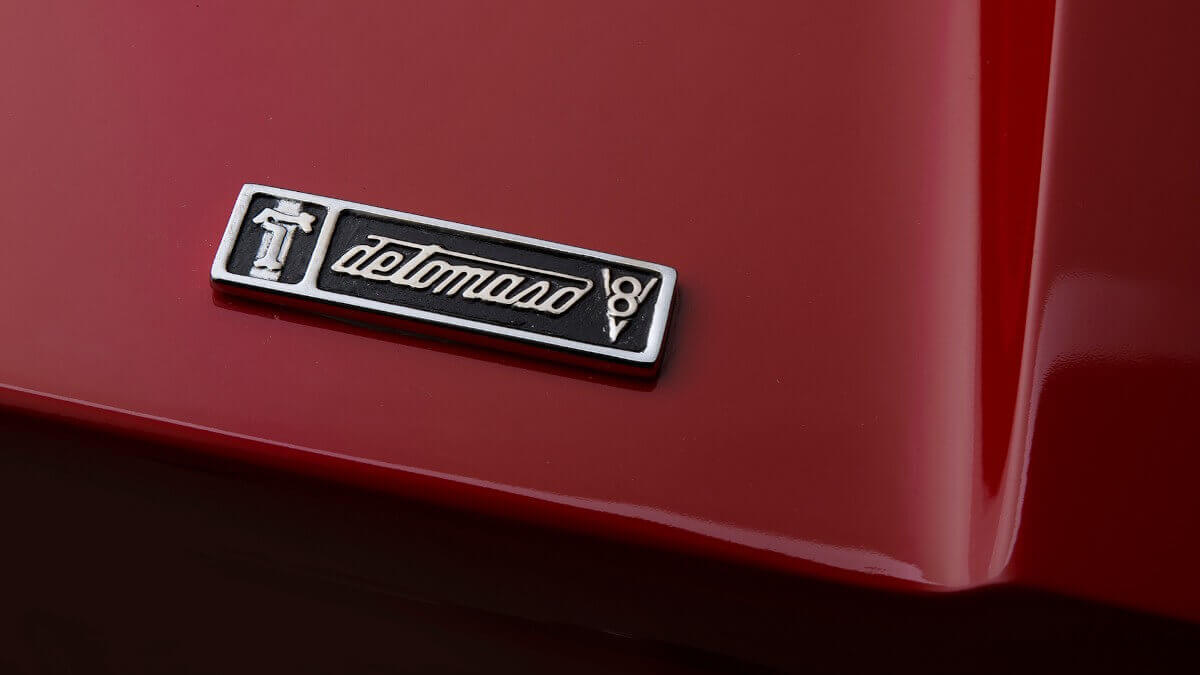 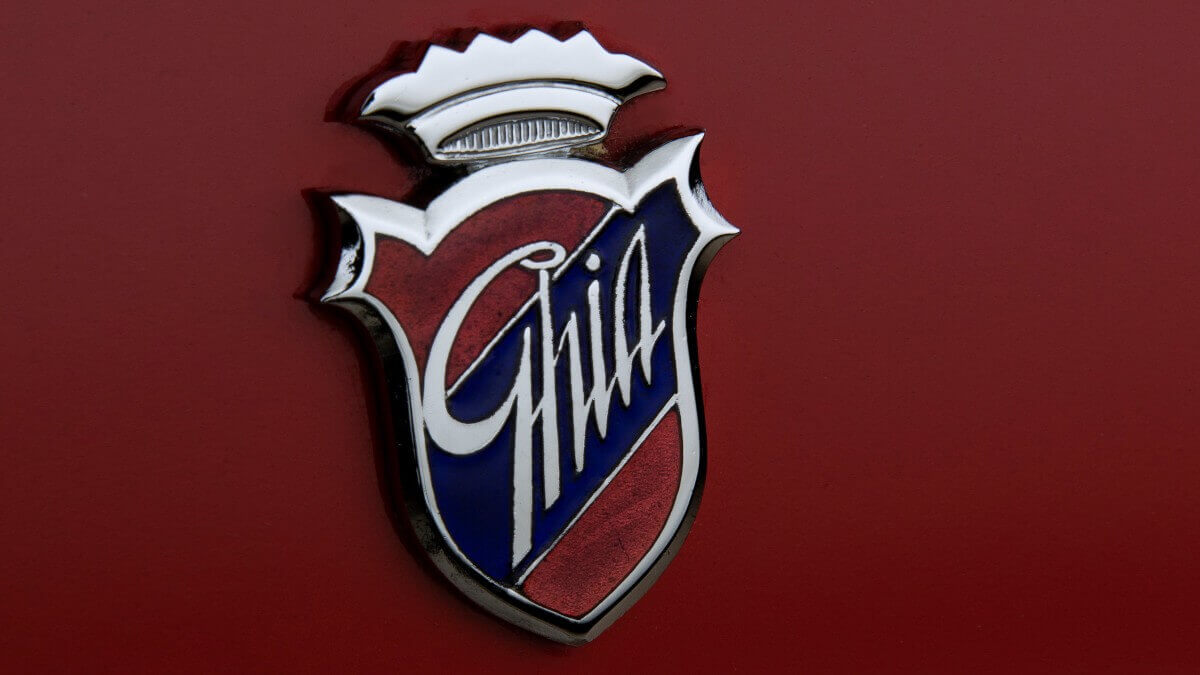 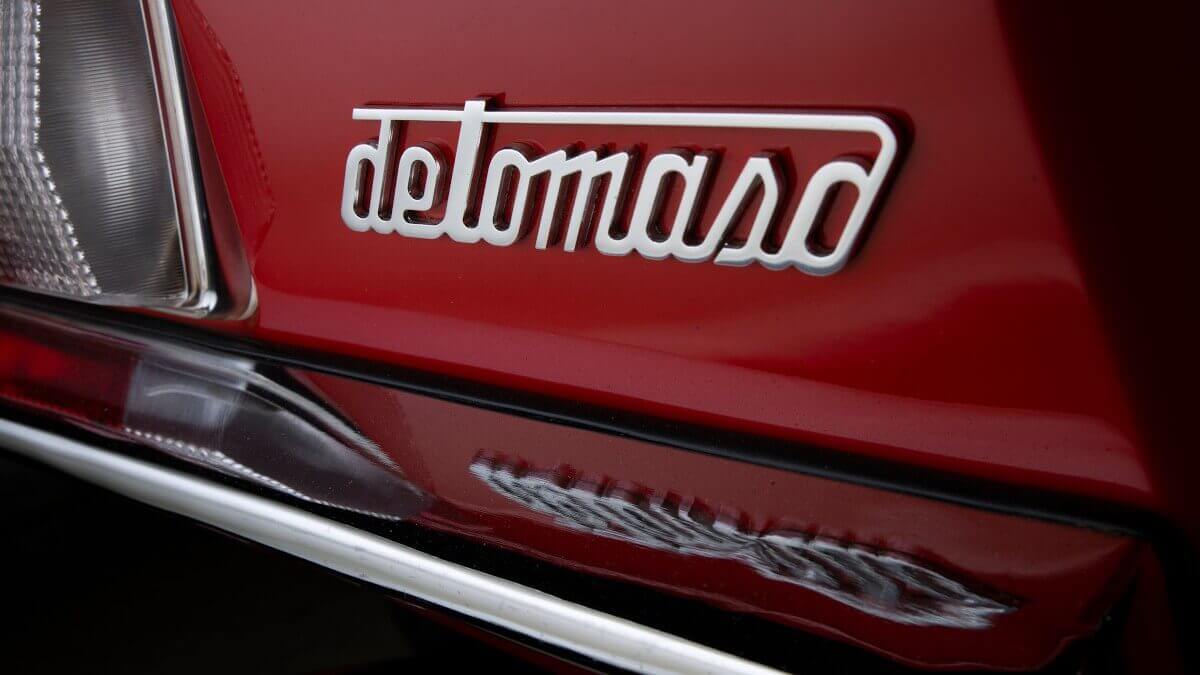 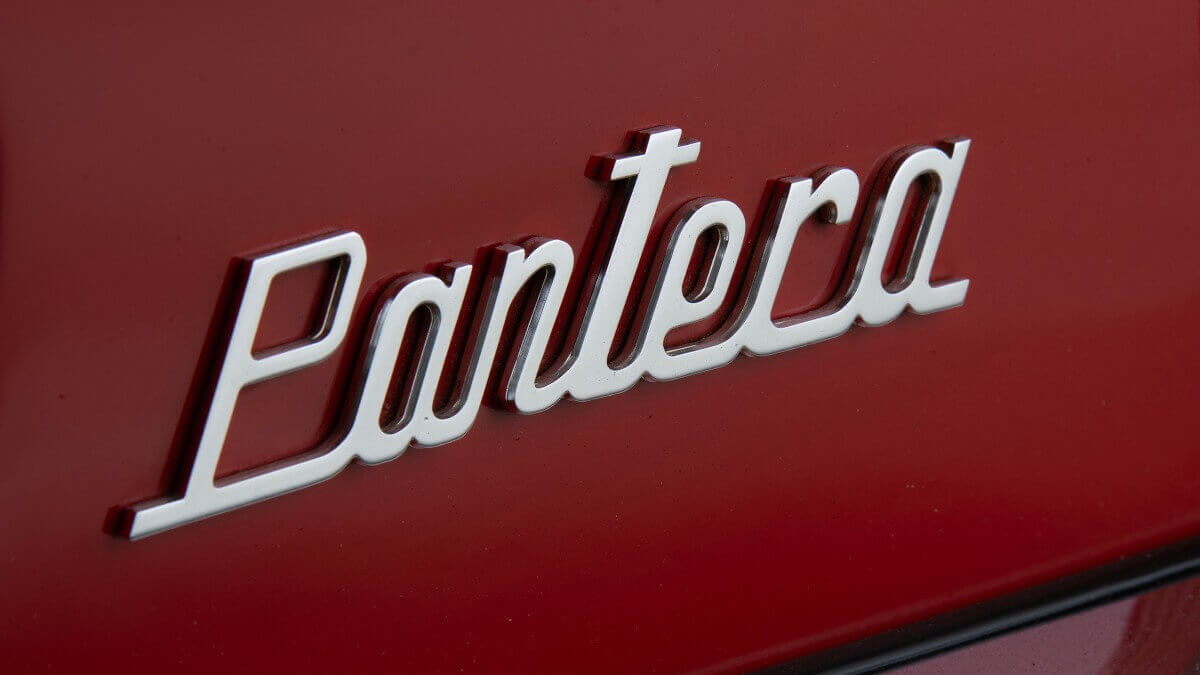 Italian sports cars with American technology – this package guaranteed success for many years. Italy’s most successful design houses were able to let off steam in their design and the well-known undemanding V8 big block engines ensured (mostly) carefree propulsion. Alejandro De Tomaso, an Argentinian racing driver and car designer, also chose this path when he switched from racing car construction to road sports cars. Only 55 copies of his first sports car Vallelunga were produced. The Mangust followed on the same basis, but with a sensational body by Ghia. While the 400 cars were still in production, Ford decided to collaborate with De Tomaso and offered the brand to sell the sports cars through their US dealer network. For this purpose, the Mangusta was redesigned into a sports car more suitable for everyday use and a new body was ordered from Ghia to fit the modified chassis. In 1971 the model made its debut as the Pantera at the New York Auto Show.

Alejandro De Tomaso claimed at the premiere that he had sketched the body design together with the Milan fashion designer Giulia Moselli. One of the various wild stories he told about his sports car brand and its products. In fact, in 1968 he had already taken over the majority of the shares in the design company Ghia, where a team of designers worked under Tom Tjaarda. The Pantera design remained almost unchanged until 1990. Some versions got riveted fender extensions to accomodate wider wheels for motorsport. In 1990, an extensive modification to the Pantera GTSi finally took place, which is usually found in professional articles as the Pantera Si. Marcello Gandini had taken care of the almost 20-year-old design and added new bumpers, a small wing in front of the windscreen and a rear wing integrated into the bodywork. By 1993, however, only 41 copies of the Si had been produced.

While the prototype of the Pantera was completely assembled at Ghia, the first production cars were built in 1971 at Vignale, where only the body parts were manufactured until 1974. De Tomaso had built its own production line at that time to complete the cars themself. After the separation from Ford they couldn’t use the Vignale factory anymore and therefore completed remaining bodyshells in 1975 and 1976. Afterwards, new bodyshells and parts were developed at Carrozzeria Maggiora in Turin until 1978, whereby the production quality wasn’t as good as De Tomaso wanted it to be. All other Pantera bodies up to the end of the production came from Embo.

Due to the new distribution possibilities and the pleasing design, De Tomaso was able to sell significantly more Pantera models in the first few years of production than they ever had built of the predecessor Mangusta. In 1972 2,506 were produced, followed by another 1,604 in the year after. However, the directors at Ford disliked the build quality and the lack of reliability of the cars delivered to the US, which is why they finally terminated the cooperation with De Tomaso in 1974. In the following time the production numbers fell further and further, until they were under 50 vehicles per year at the end of the 70s. Between 1979 and 1990 only 463 Pantera were produced. Nevertheless, it is the most frequently built model from De Tomaso.