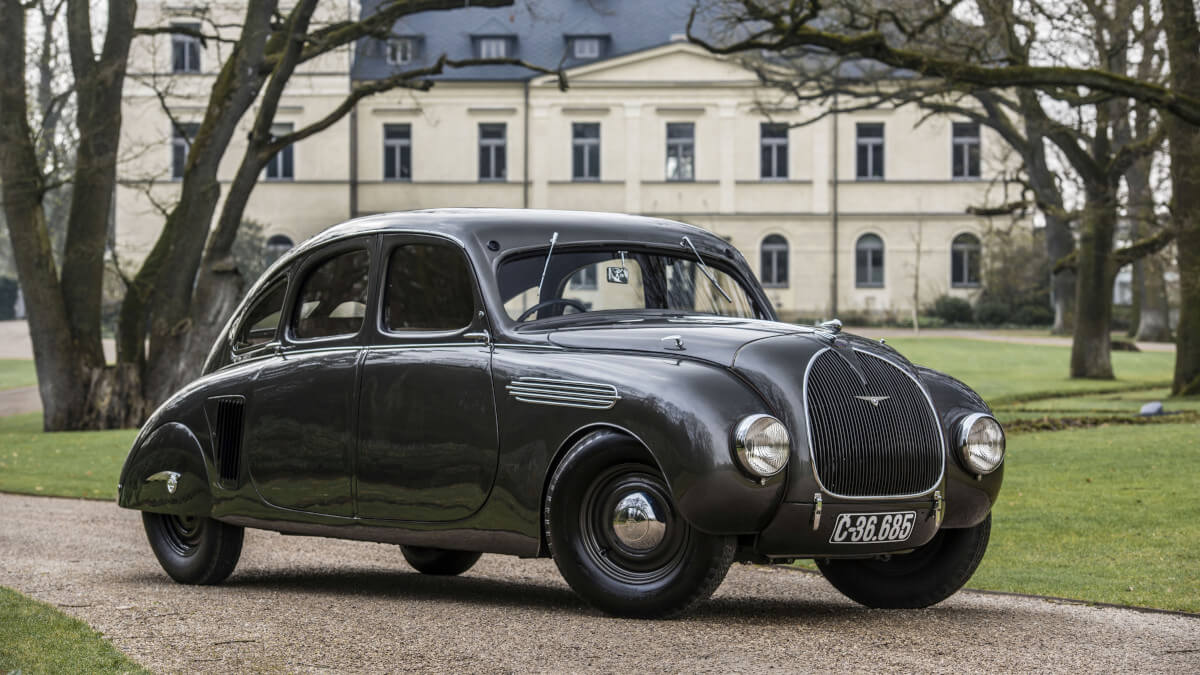 In 1935, Škoda created a prototype with a special streamlined body with the 935 Dynamic and presented it at the Prague Motor Show.

Streamlined car bodies are part of today’s new cars, such as infotainment systems and alloy wheels. A glance at automotive history quickly makes it clear that not only the latter two points, but also the body shape wasn’t always as present. In the early days, automakers used design principles from coachbuilding with free-standing fenders and large wheels, mostly with wooden rims. The forms slowly evolved, with basic versions such as the sedan, the convertible, the coupé or the touring car actually having their origins in horse-drawn carriages. The large water cooler required for most vehicles was located steeply and high in the wind, which hindered a clean flow around the car. Since motorized airplanes appeared relatively at the same time as the automobile, there were soon engineers who transferred their knowledge from aviation to road vehicles and adapted the body shapes.

These first streamlined cars looked to many observers as if they had come from a distant future – in much the same way that fully autonomous cars without steering wheel and pedals look today. No wonder, since details such as the exterior fenders had been familiar for centuries, while full-surface bodies with curves and integrated headlights were now appearing. Such an example made its debut at the Škoda stand at the Prague Motor Show in 1935. However, unlike some other streamlined cars, the Škoda 935 Dynamic remained a one-off. The engineers in Mladá Boleslav created a coupé sedan with a cX value of only 0.37, which concealed a specially developed chassis with a 3.2-meter wheelbase and a rear mid-engine in front of the rear axle. This was a water-cooled four-cylinder boxer engine, which delivered 40 kW/55 hp from two liters of displacement. Due to the body shape, this was sufficient to accelerate the car up to 130 kph (80.7 mph). 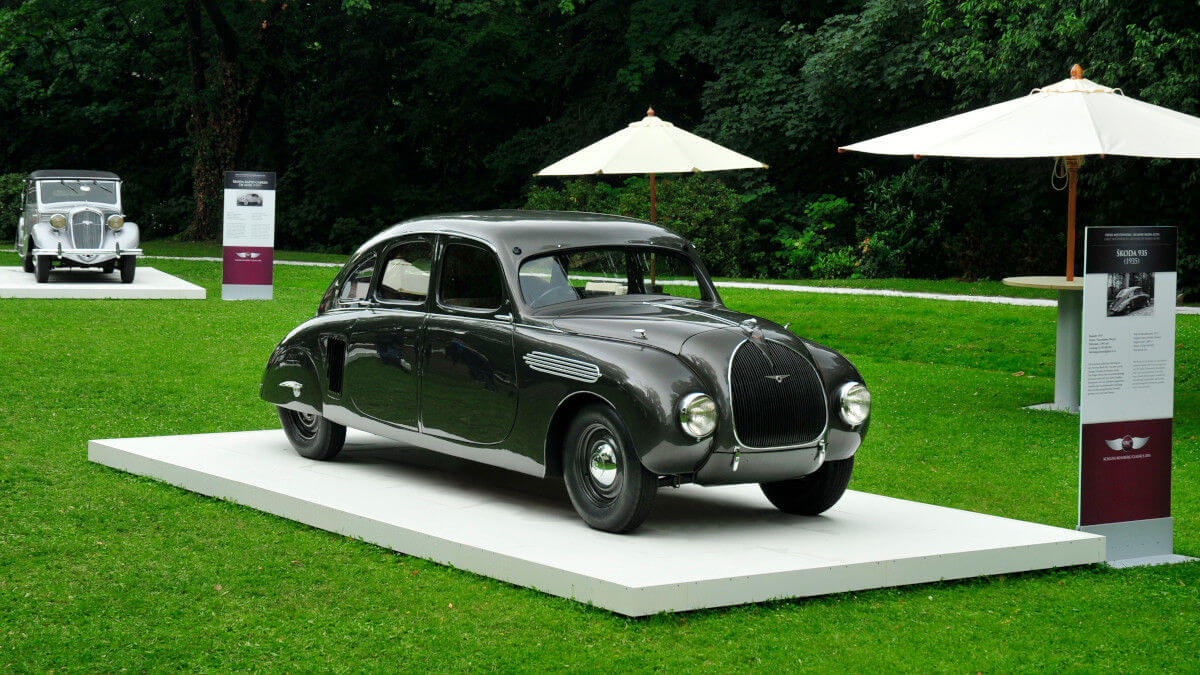 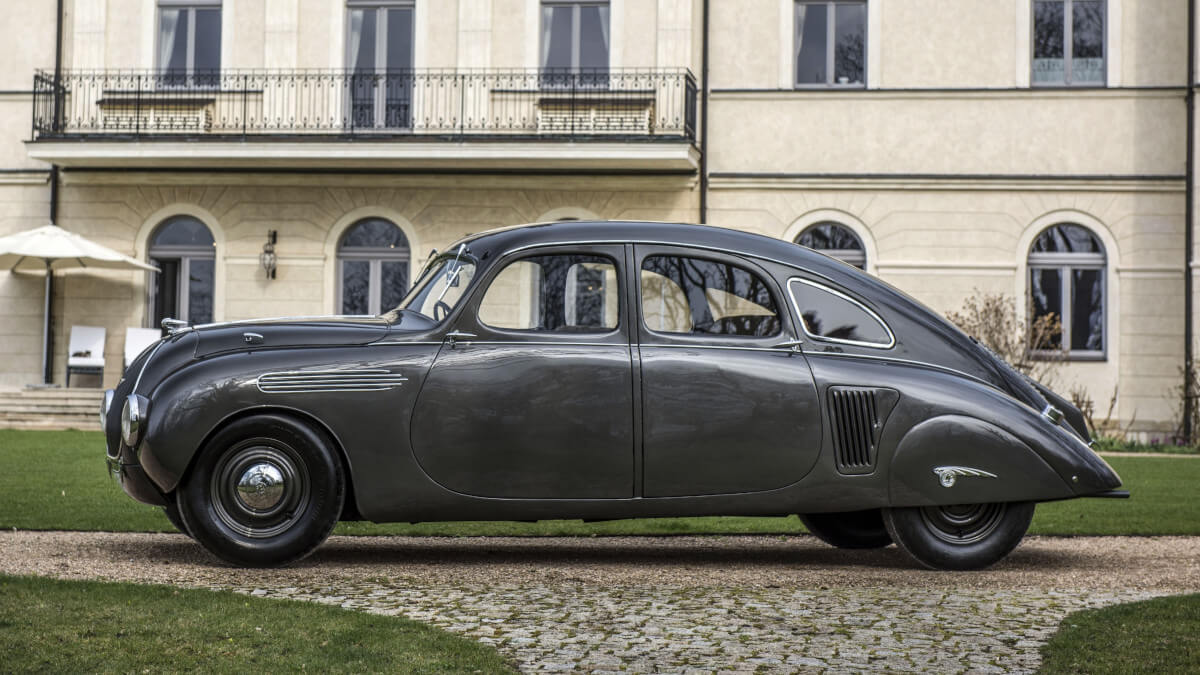 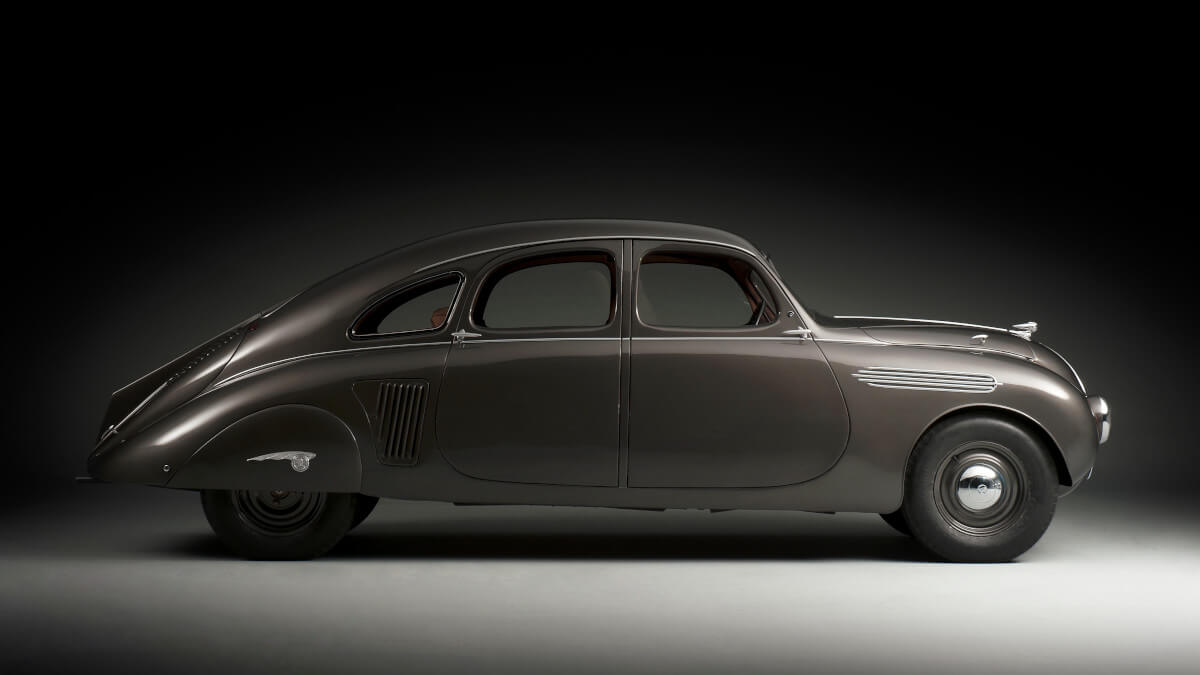 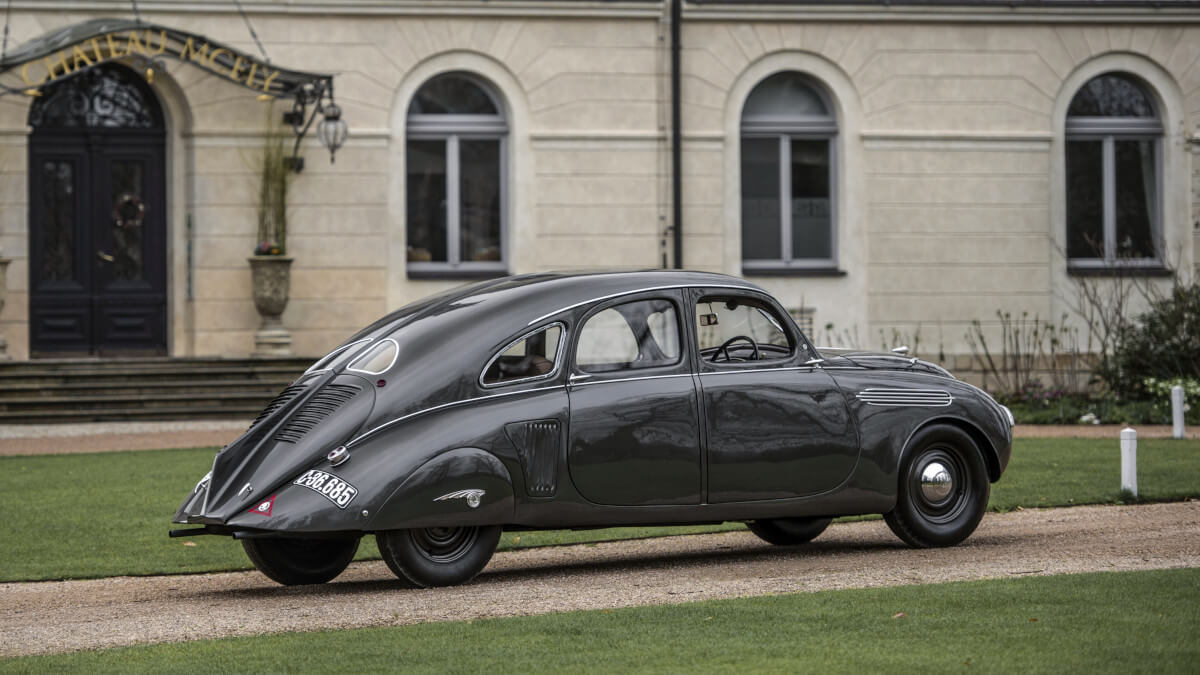 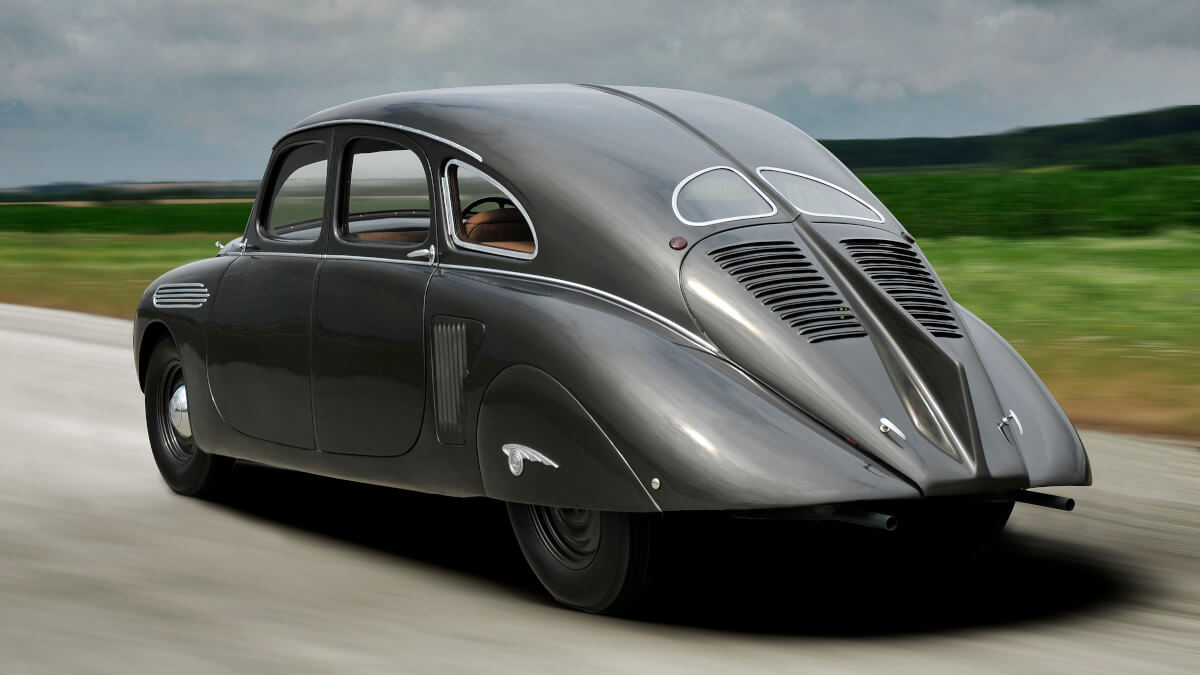 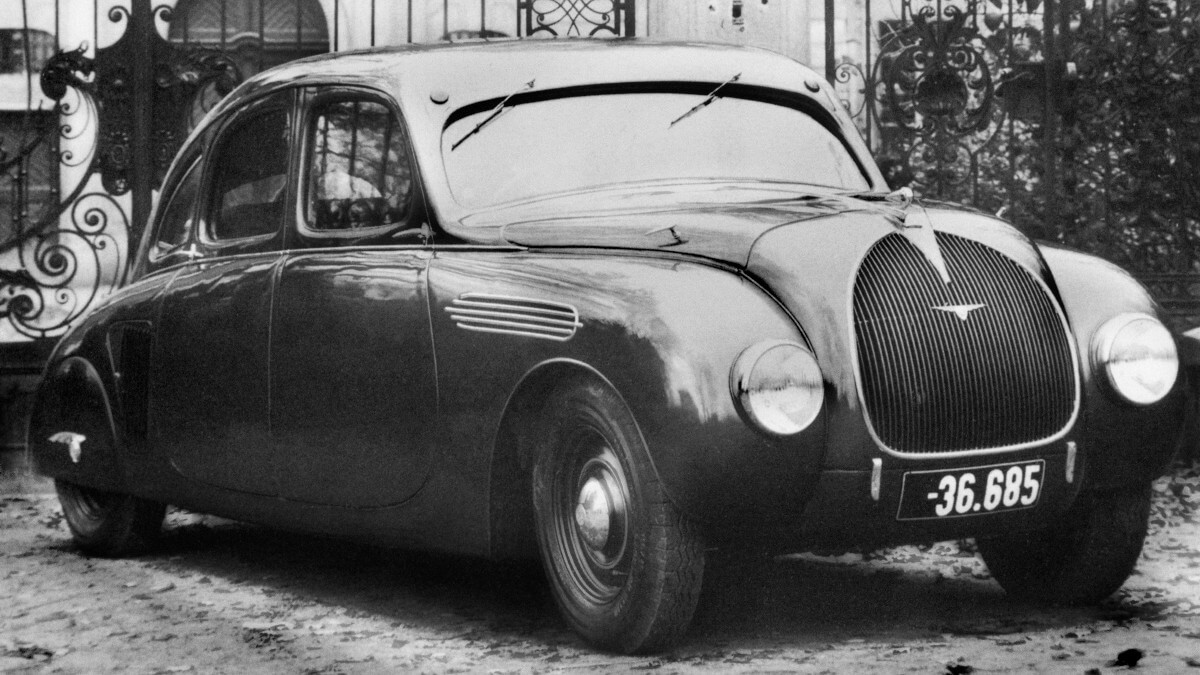 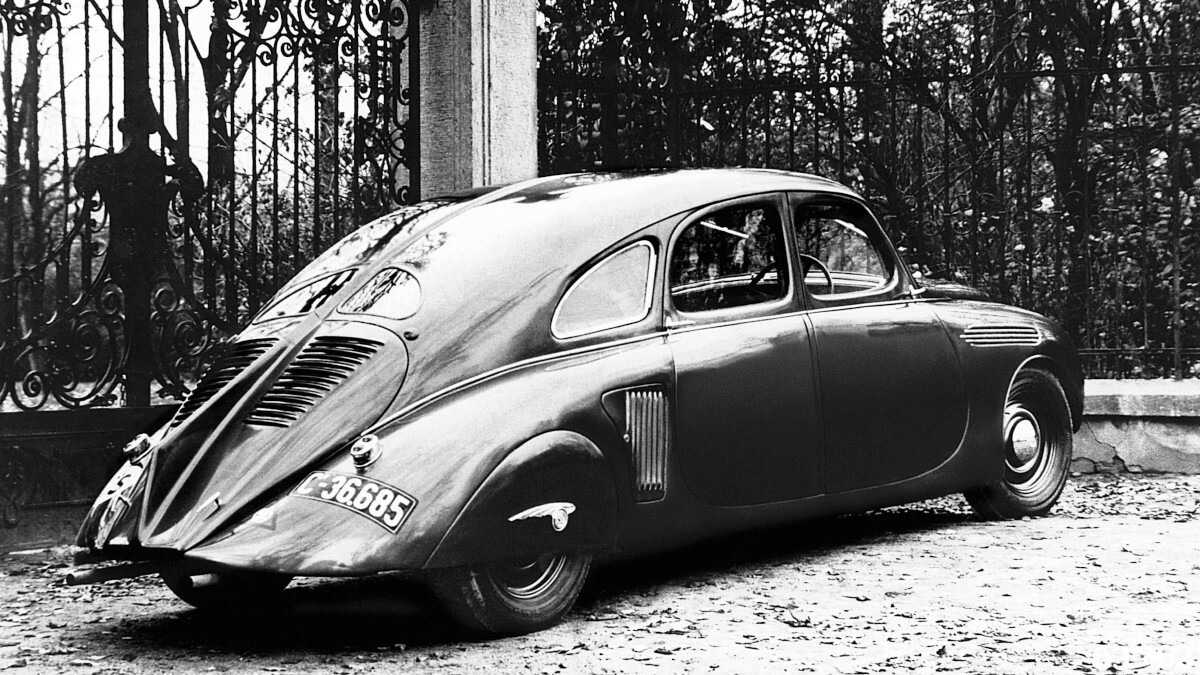 With the knowledge gained from testing the 935 Dynamic, Škoda engineers created a smaller streamlined car for the following year, which became famous as the Škoda Popular Monte Carlo. There were also considerations to build a shorter, two-seater version of the 935 for factory race driver Zdenek Pohl for the Monte Carlo Rally. Chief designer Karel Hrdlička noted this in his diary on March 25, 1936: “We will make the 935 lighter and convert it into a rally car for Pohl – perhaps with a supercharger?” Corresponding construction drawings were ready a month later, the prototype rolled out of the halls shortly afterwards. However, it never went into rallying use and the traces of the vehicle were lost after it was taken out of service and sold in 1939.

Bought back from a private owner

The original 935 Dynamic was also taken out of service in 1939 and sold to a private person. In the 1960s, Škoda was able to buy the one-off car back from this second owner and integrate it into its own car collection, which was being built up at that time. In the recent past, the car underwent extensive restoration, which was completed three years ago. Since then, this unique piece of the brand’s history has been the absolute highlight of the Škoda Muzeum at the company’s headquarters in Mladá Boleslav and at a few selected events.