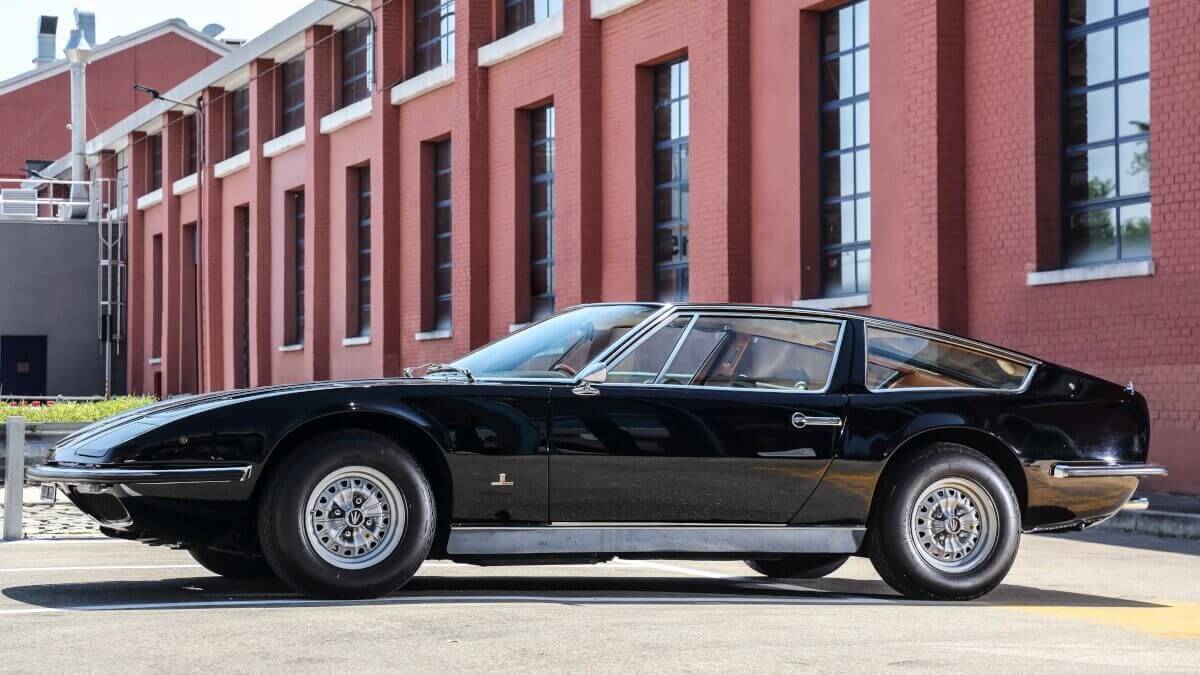 Did you know that July 1, 1969 was a special day for Maserati? Exactly 50 years ago, the Italian sports car manufacturer delivered the very first copy of their new four-seater car Indy. The car went to the then importer in Switzerland, Martinelli e Sonvico in Chiasso, who delivered it a few days later to a rich entrepreneur. Today, the Indy is one of the lesser known sports car models from the Via Ciro Menotti 322 in Modena. The new model was already shown at the Turin Motor Show 1968, but not on the factory stand, but at coachbuilder Carrozzeria Vignale. About half a year later, the production-ready version debuted on the Maserati stand at the Geneva Motor Show 1969. Thus, the model range of the Italian brand included the Ghibli, the Sebring, the Mexico, the Quattroporte, the Mistral and the new Indy. No wonder that in 1968 (a year before the launch of the Indy) Maserati had a market share of 43 percent in Italy in the field of cars with more than 3.5 liters of displacement.

Internally, the Indy was called the AM116 (Alfieri Maserati project number 116) during the development phase. In the specification book the team took inspiration from probably more frequently expressed customer requests for enough space for four adult passengers. So they extended the wheelbase of the Ghibli platform by full five centimeters. Sporty comfort and decent performance were taken for granted. Alfredo Vignale was responsible for the design of the first self-supporting Maserati bodywork. He designed a wedge-shaped front with some similarities to the Ghibli and pop-up headlights. Behind the bonnet is a generously glazed passenger cabin with a higher roofline compared to the Ghibli, which leaves virtually no blind spot to the driver. The name ‘Indy’ was chosen to commemorate Maserati’s two race wins at the world-famous Indy 500 in 1939 and 1940. 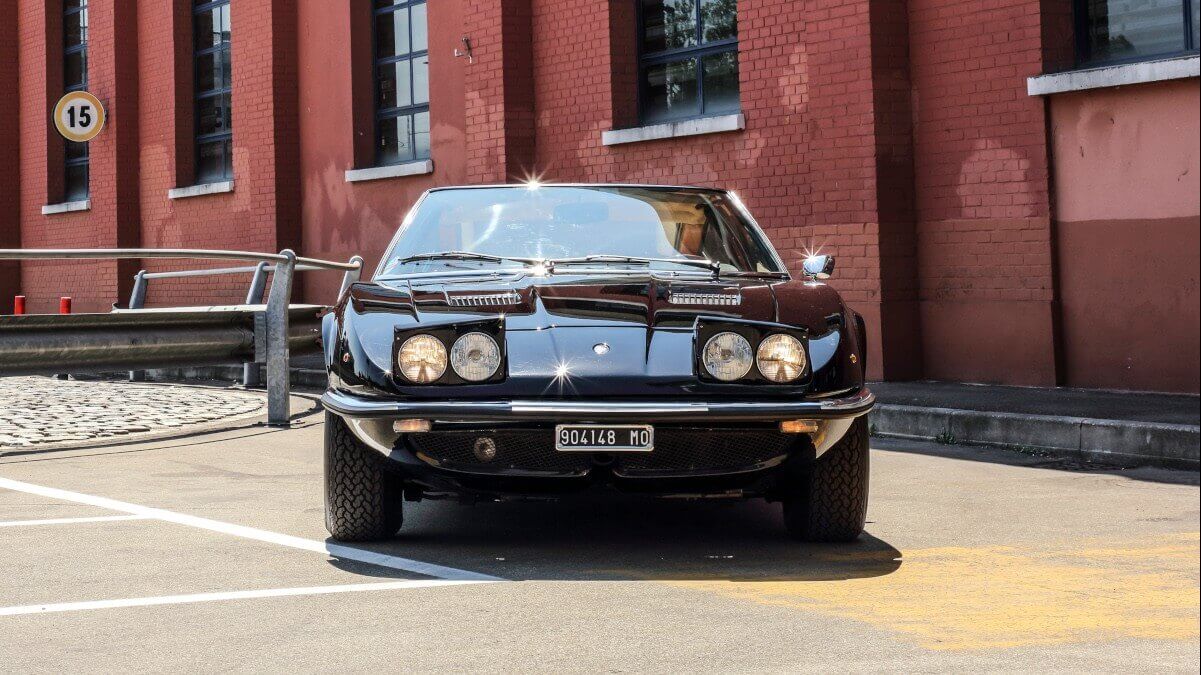 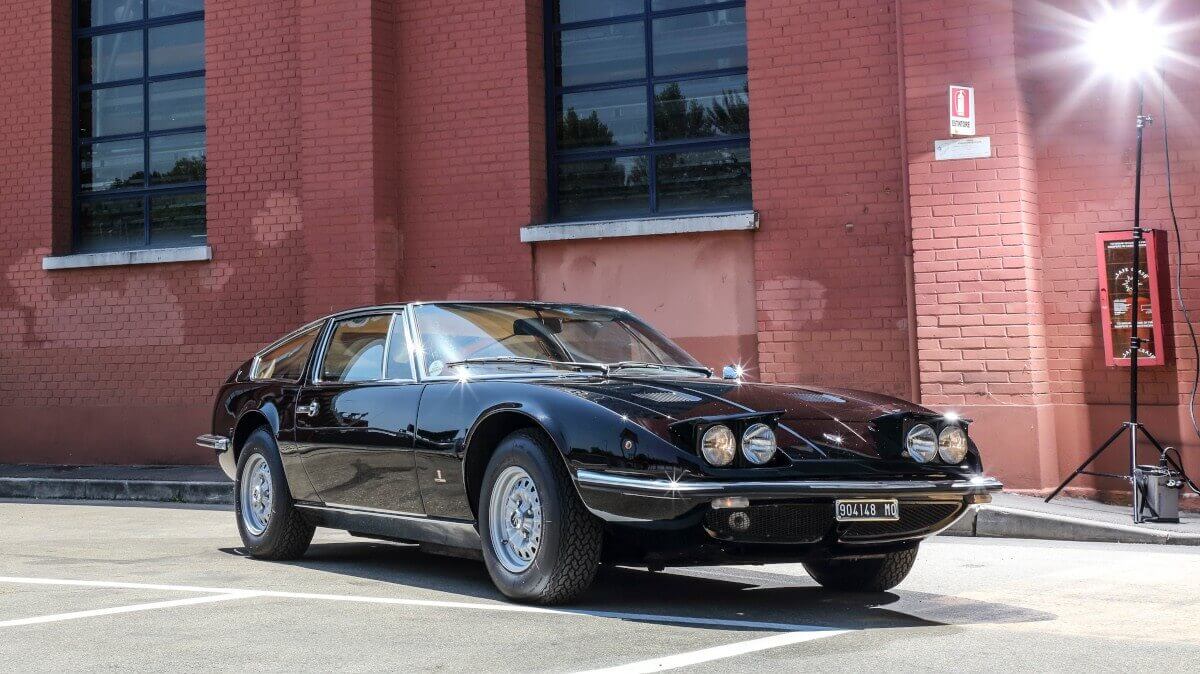 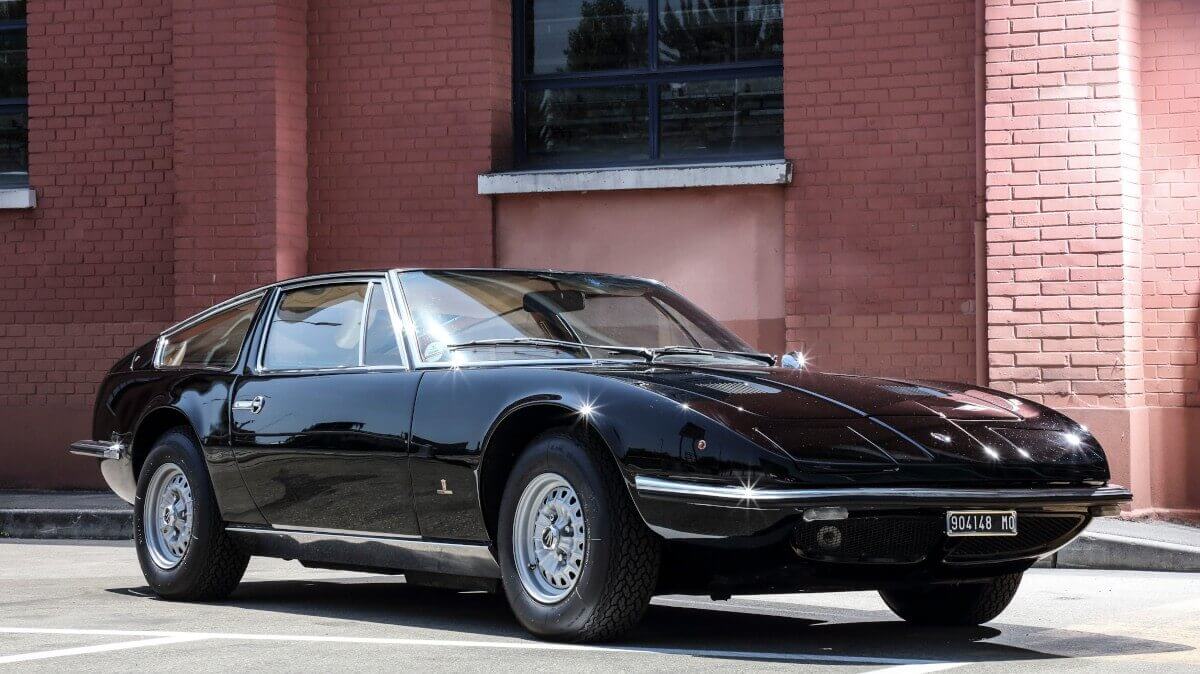 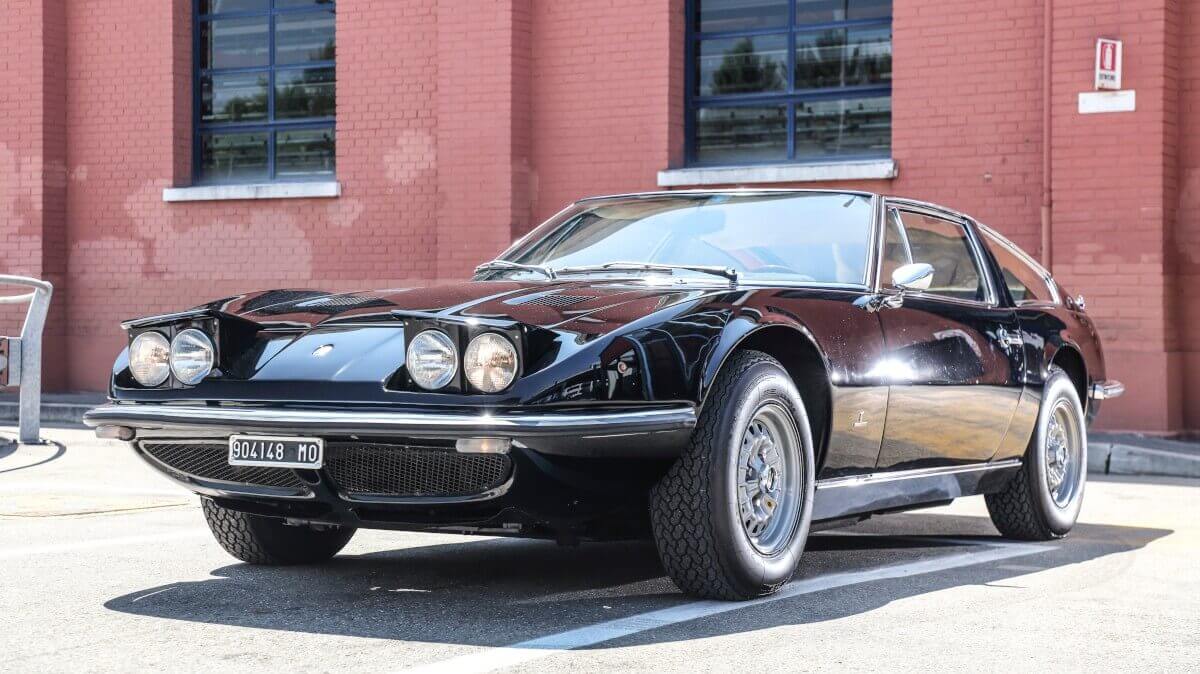 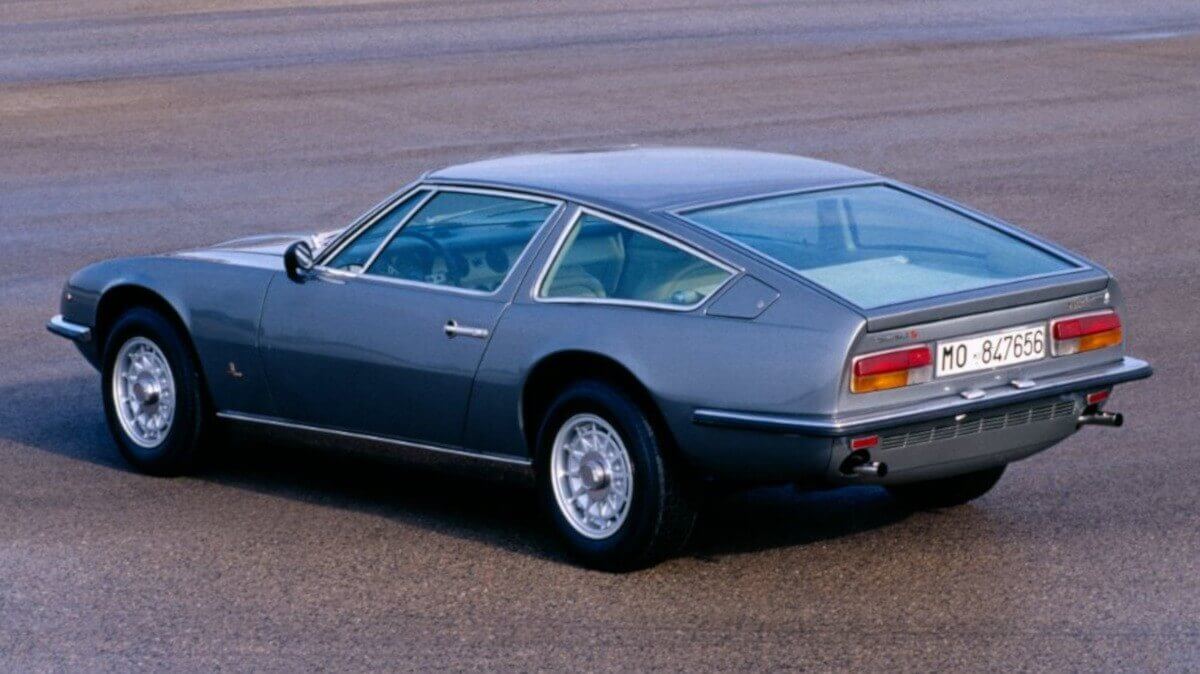 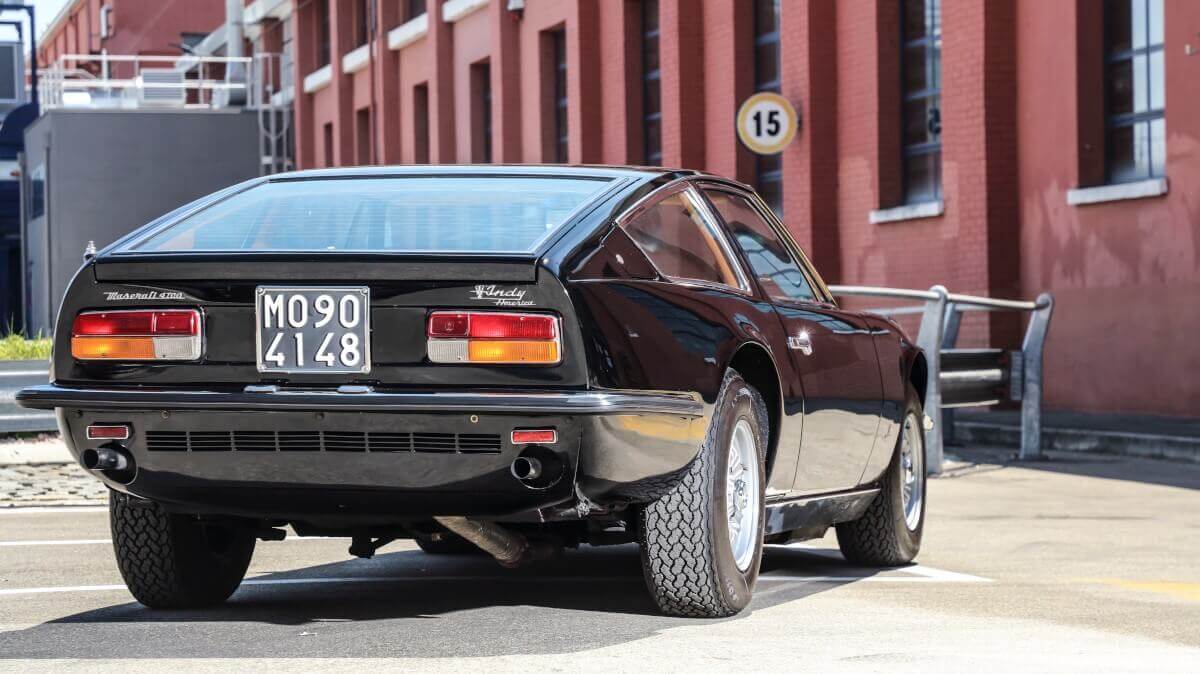 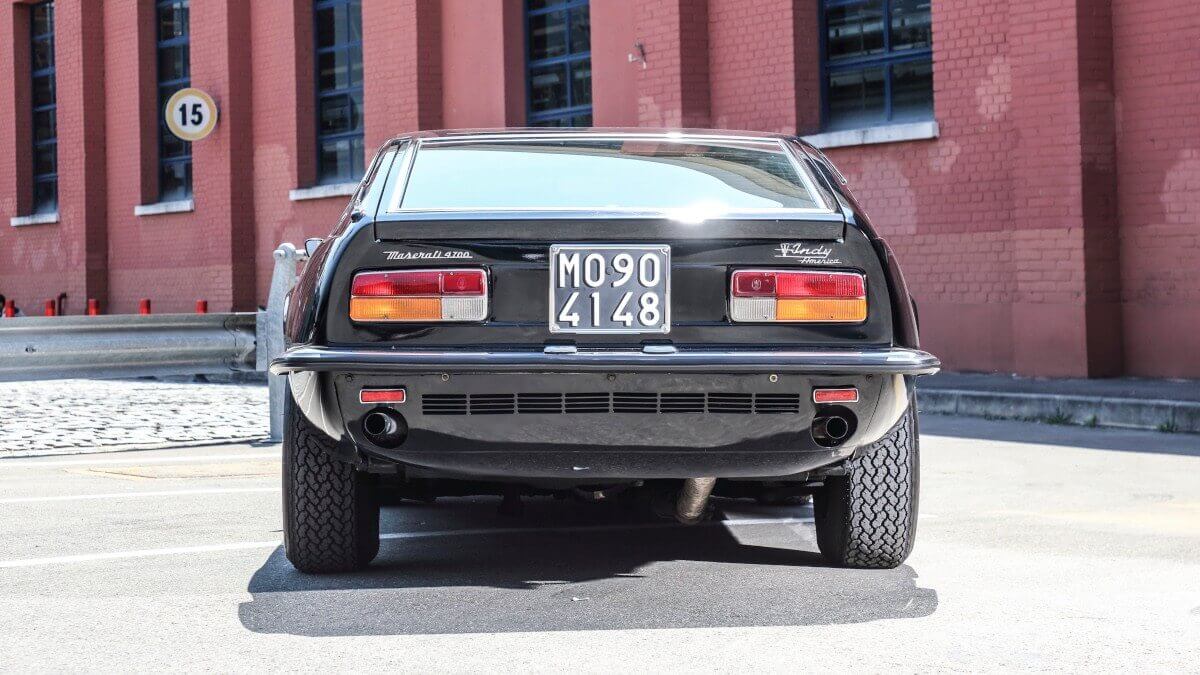 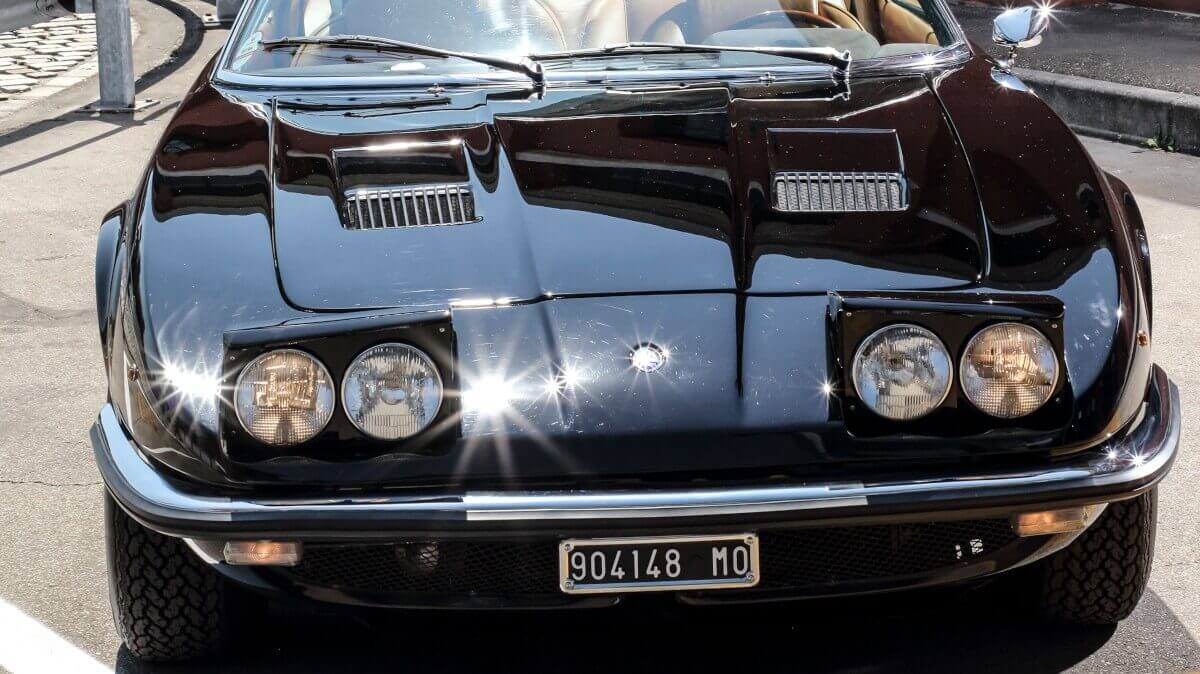 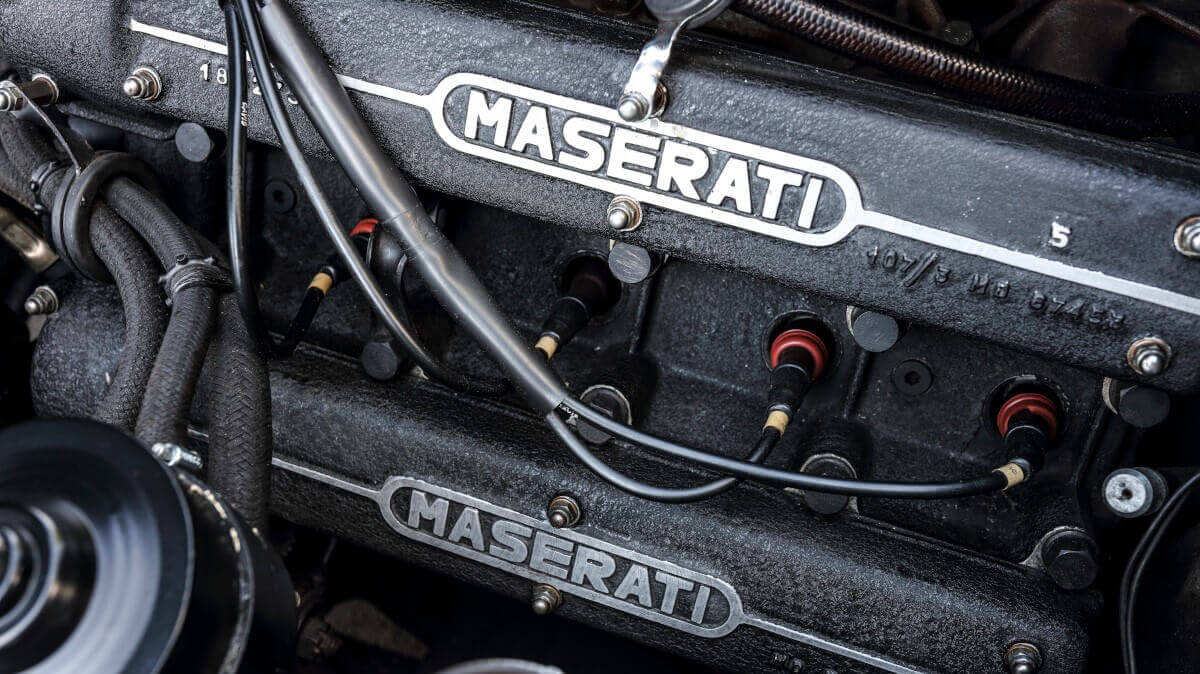 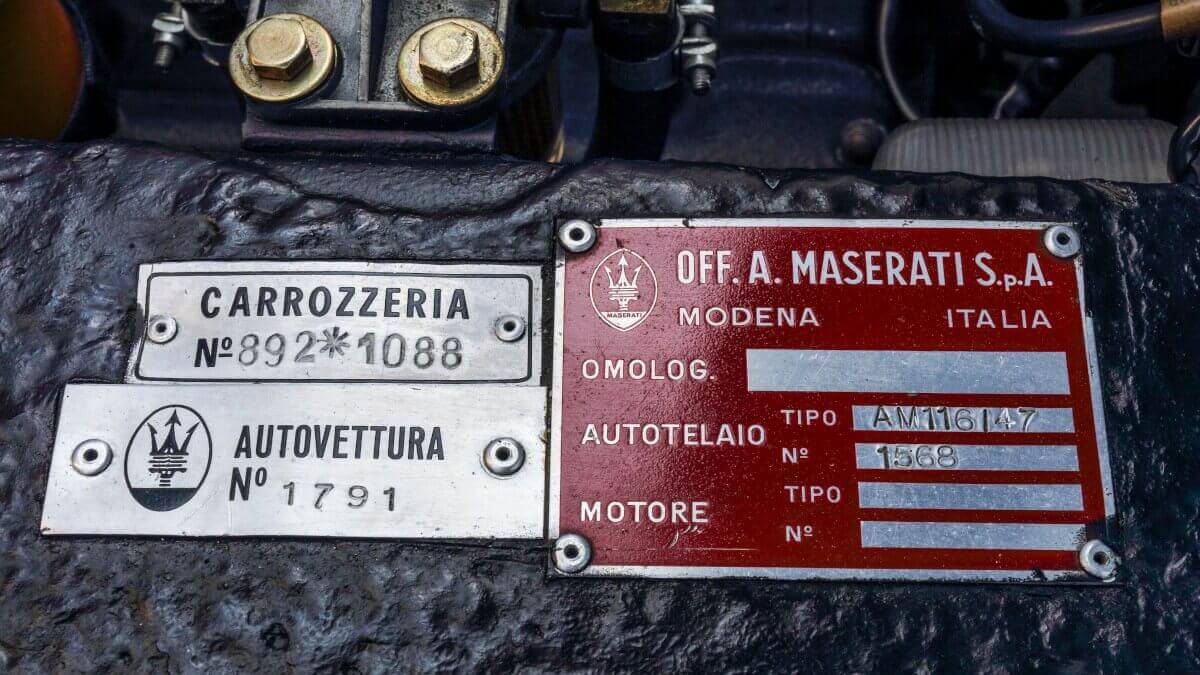 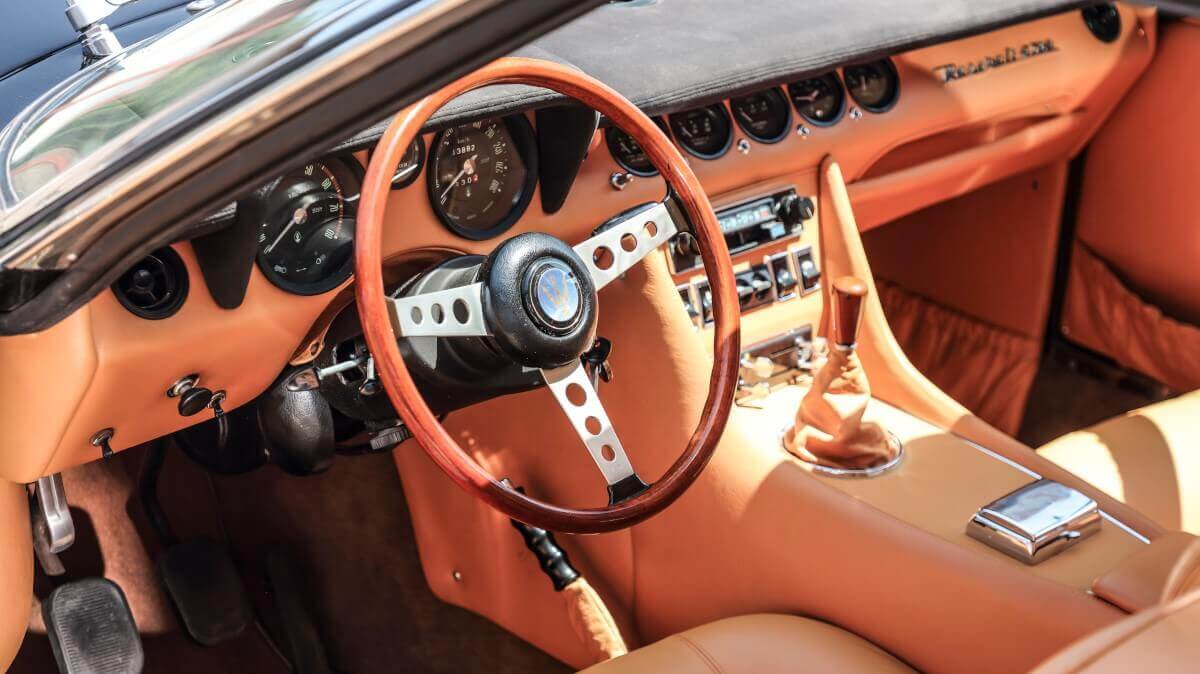 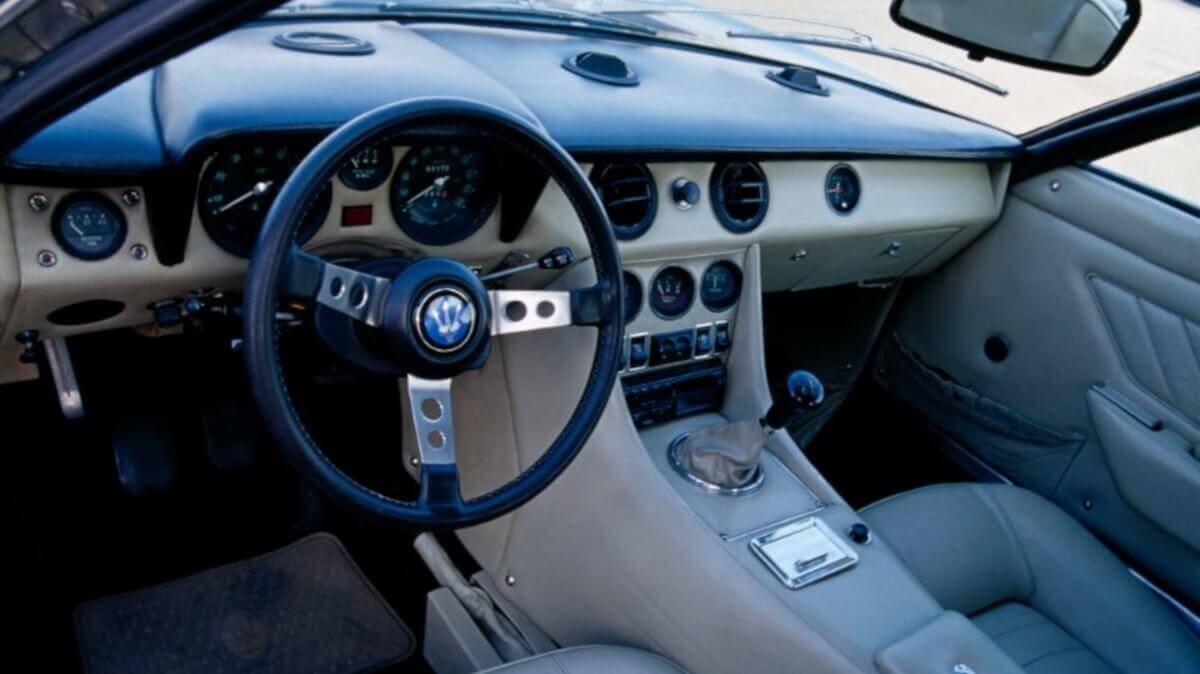 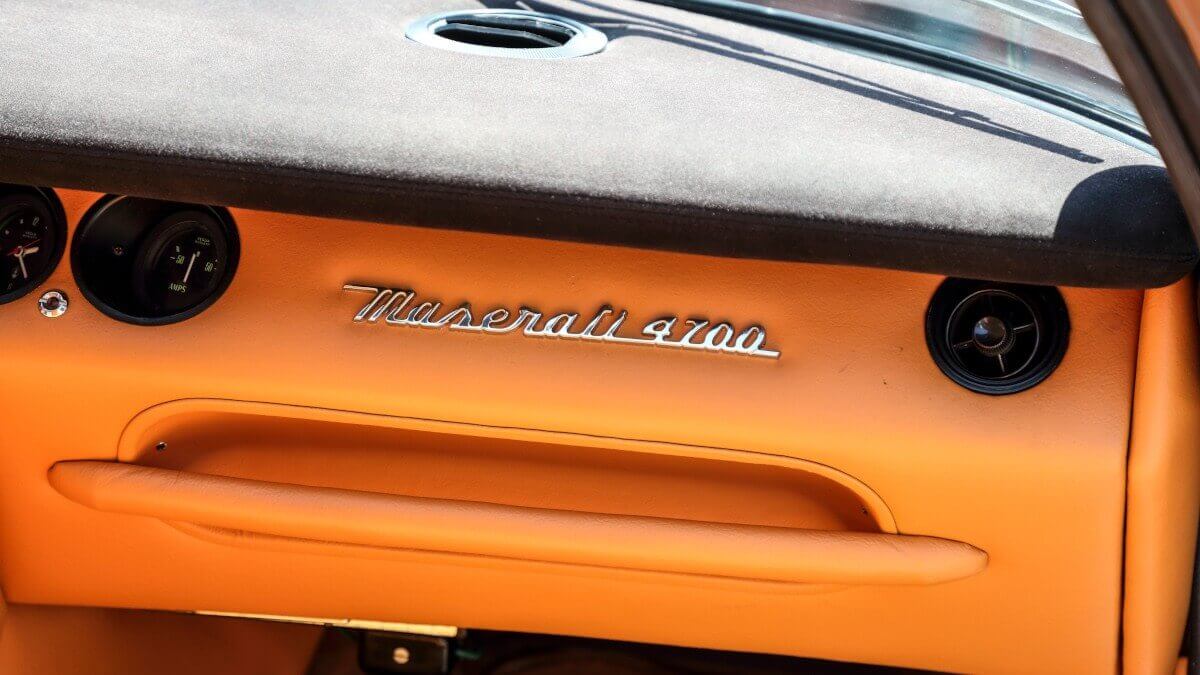 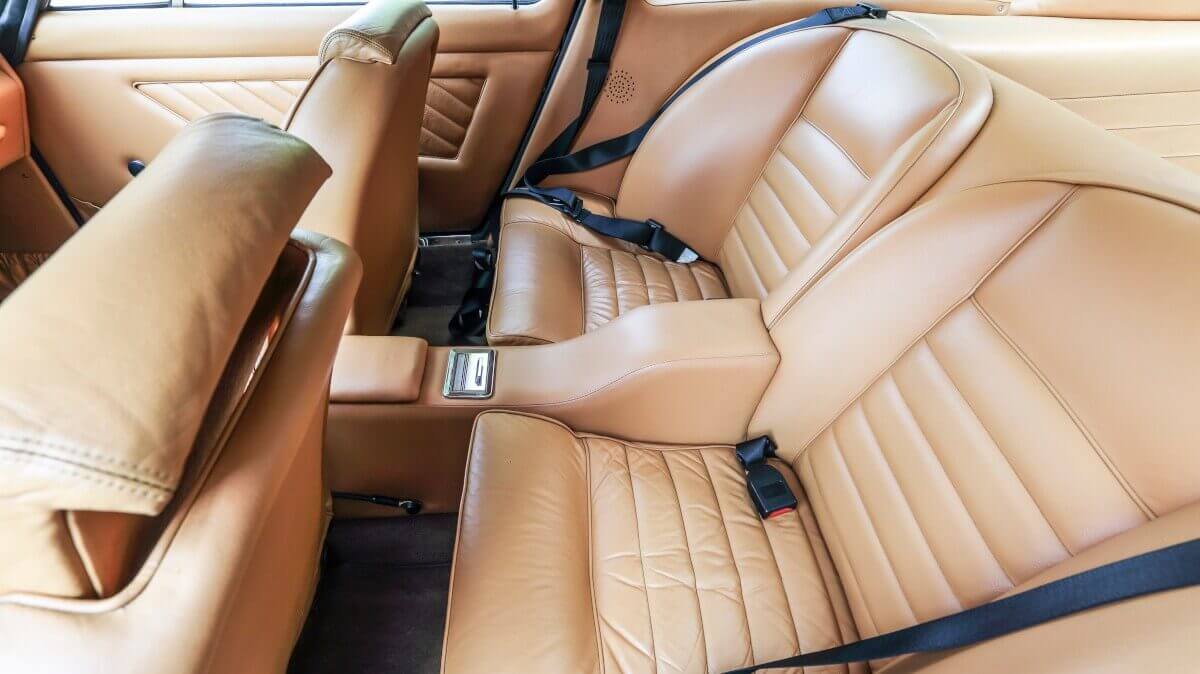 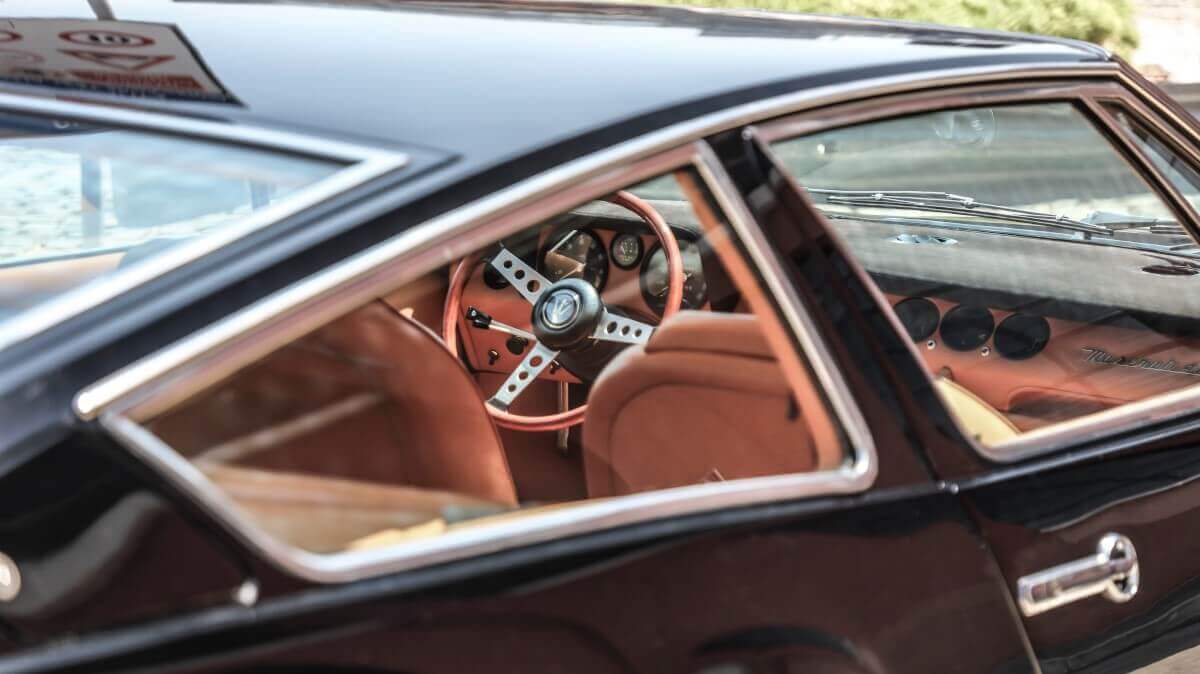 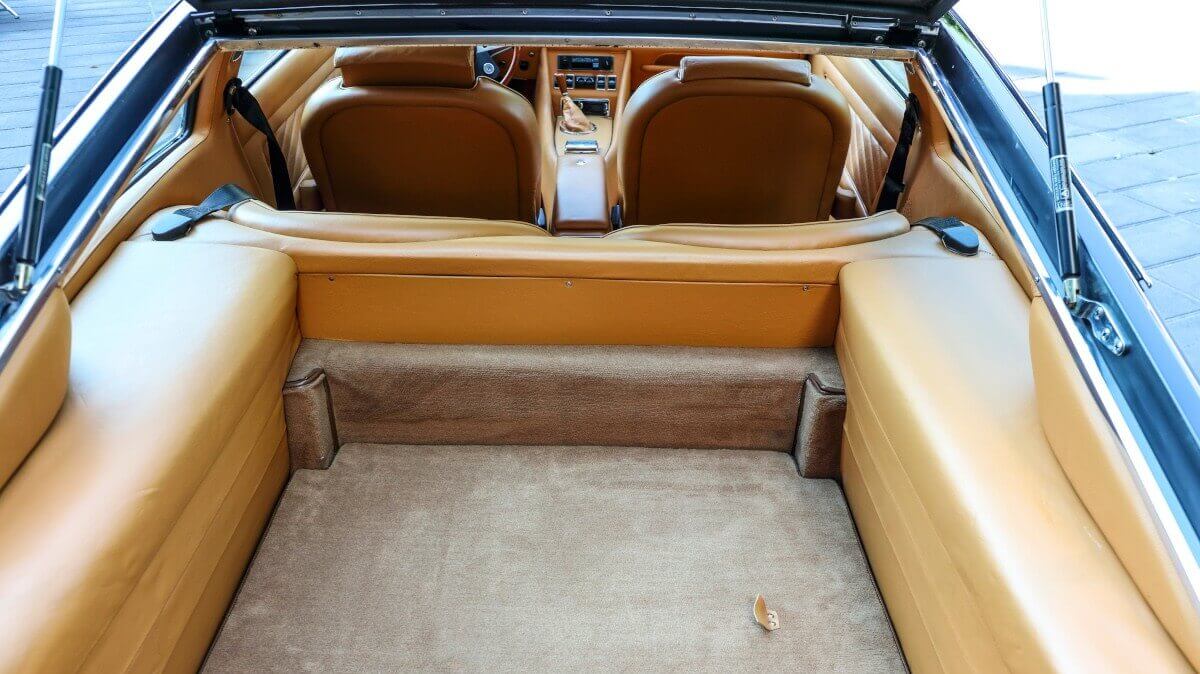 Initially, Maserati used the naturally aspirated V8 engine from the Ghibli, but with a displacement reduced to 4,136 cc, resulting in 260 horsepower thanks to four Weber carburettors and single spark ignition. This power was either transmitted to the rear wheels via a manual five-speed ZF gearbox or a BorgWarner three-speed automatic. The topspeed in the brochure was 250 kph (155 mph). One year after the debut followed a stronger variant with 290 hp from 4.7 liters of displacement. The larger engine with Bosch injection system boosted the car up to 280 kph (174 mph). Another year later, Maserati complemented the model range with a 4.9-liter V8 engine with 300 hp. From 1973, this became the only available engine until the production end in 1975. A total of 1,102 copies of the Indy ran of the production lines in Modena.

Compared to other sports cars from the same period, the Maserati Indy offered a very extensive standard equipment. In addition to the luxurious leather upholstery it included a double adjustable steering wheel, a mechanical anti-theft device, fog lights, a heated rear window, tinted and at the front electrically retractable side windows as well as folding front seats with integrated headrests and from 1973 even an air conditioner. The automatic transmission, a power steering and the radio were among the optional extras. One of the Indy’s most famous owners was Abdorreza Pahlavi, brother of the Shah of Persia. His vehicle received various special equipment such as a sunroof, was handed over in February 1975 and exists to this day as part of a private collection. During the entire production period, one thing remained unanswered: which position the Indy actually should fill in the model range. In terms of performance, it overlapped with the top model Ghibli, in terms of space, there also was the other four-seater Mexico – and then there also was the interesting Mistral at the same time. Ultimately, the Indy lived longer, ie it was produced longer than all of these, but that doesn’t mean that it can be considered as a successor to any of them.