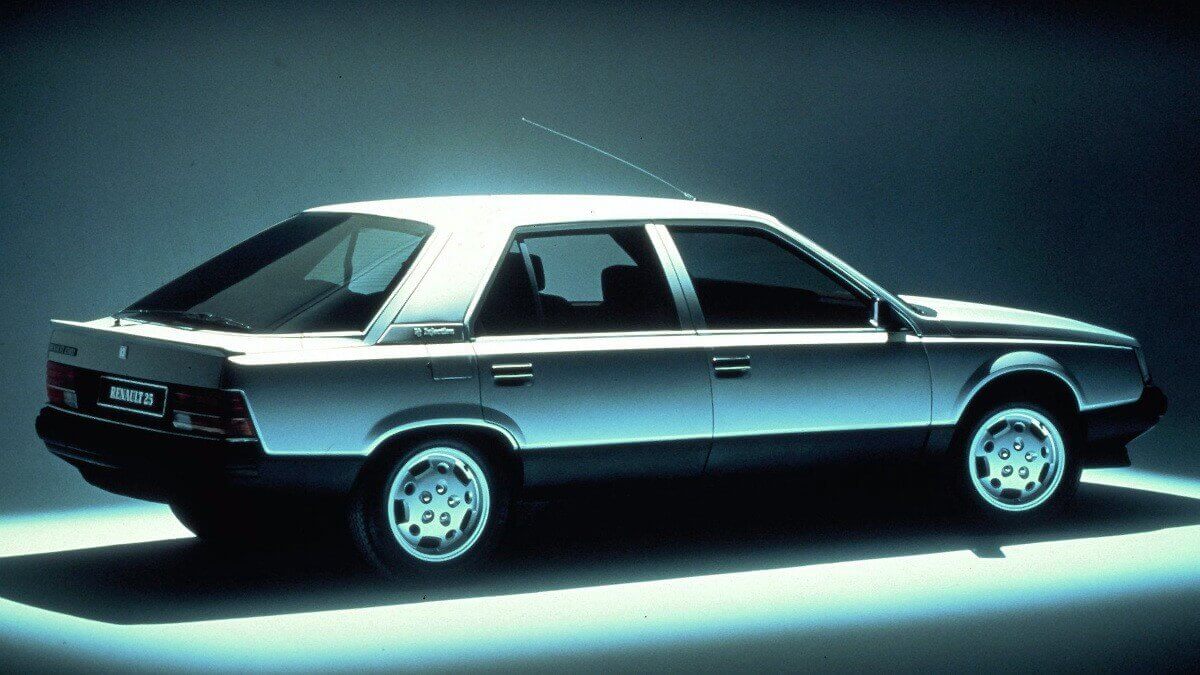 Many of our readers might know the company Renault mainly for models from the small car class to middle class range. Possibly also for vans and trucks. However, it is often forgotten that the French brand have also been in the upper middle class since their split model series 20 (four-cylinder engines) and 30 (six-cylinder engines) presented in 1975. Outside France, however, the newer model series from the Vel Satis over the Lattitude to the Talisman are rarely seen on the road. That was a bit different with the 20/30, the 25 and the Safrane. Of course, they never really managed to beat the German top dogs, but they still achieved quite good sales figures. The Renault 25 was also accepted into the civil service of the French government and transported political greats all the way up to President François Mitterrand.

The development of the 25 began as early as 1977, but the saloon with its typical Renault hatchback was only presented at the 1984 Geneva Motor Show. Prior to this, the in-house designers Marc Deschamps and Robert Opron had drawn various body designs, including a division of the series into two with notchback and hatchback variants. What remained was a slightly hinted notchback in the large tailgate of the production car. Even the original version of the 25 had a cX value of only 0.28, which put even the ‘aerodynamics world champion’ Audi 100 (C3) in the shade. Renault developed the 25 Limousine with a 22.7 centimeter longer wheelbase together with coachbuilder Heuliez for the aforementioned use as a state vehicle. This completely benefited the legroom of the rear passengers and was concealed from the outside by a wider B-pillar and longer rear doors. Only 832 copies of this variant were produced in 1985 and 1986. 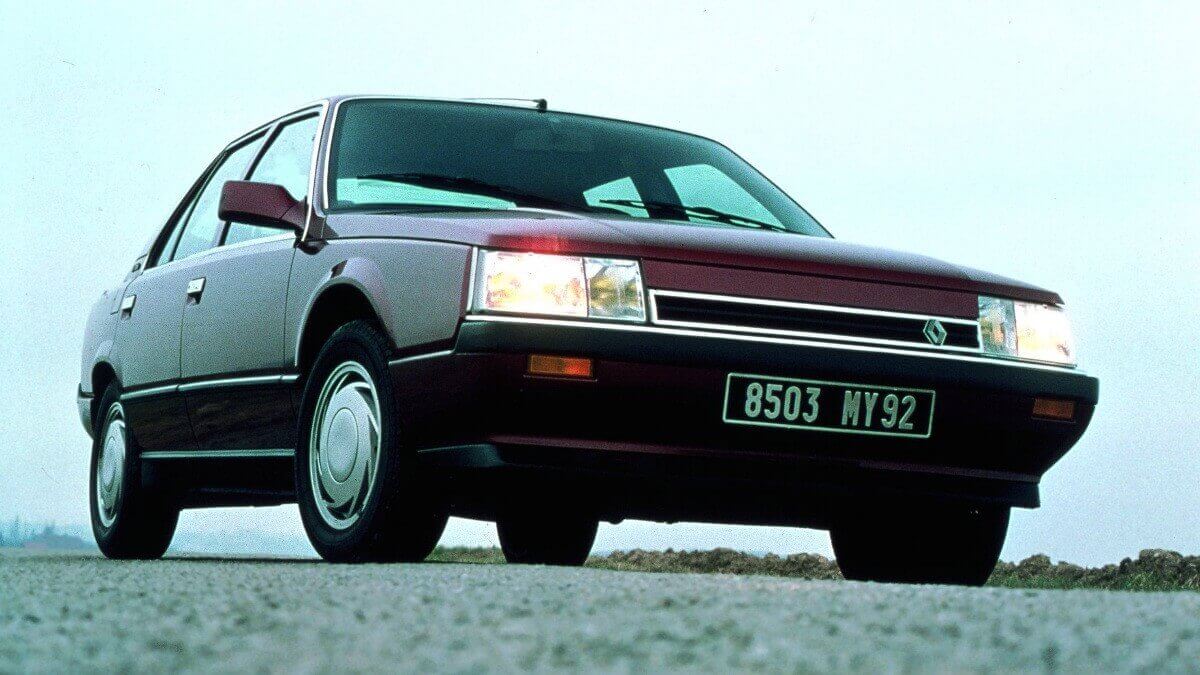 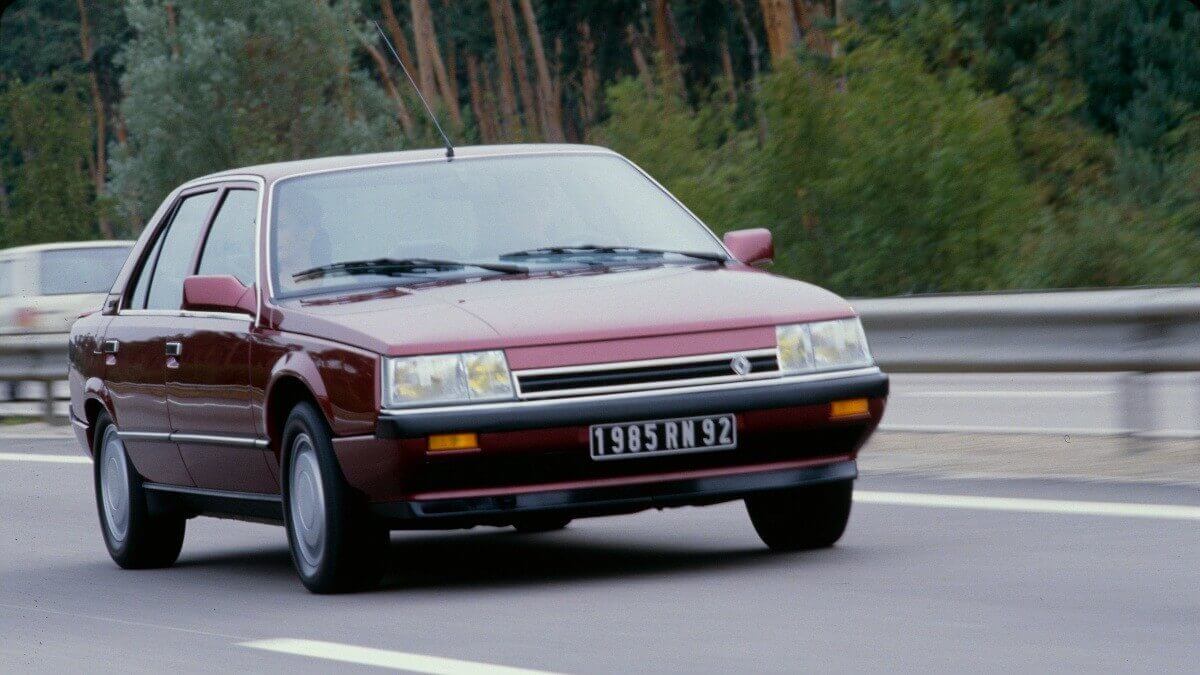 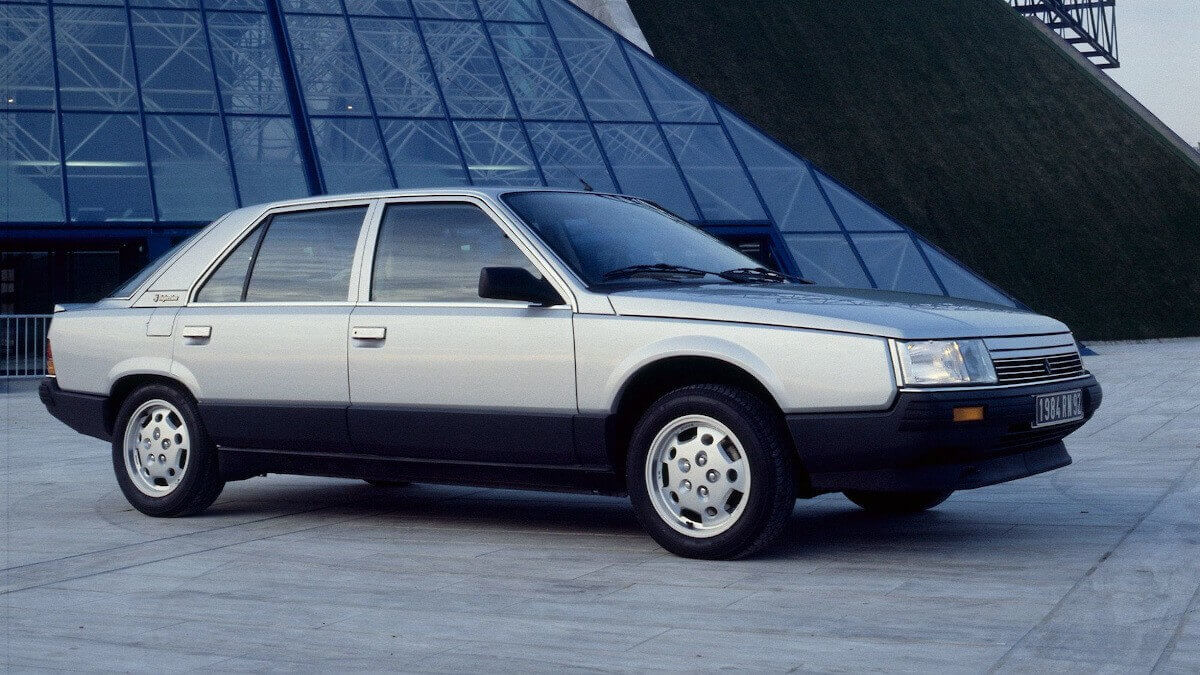 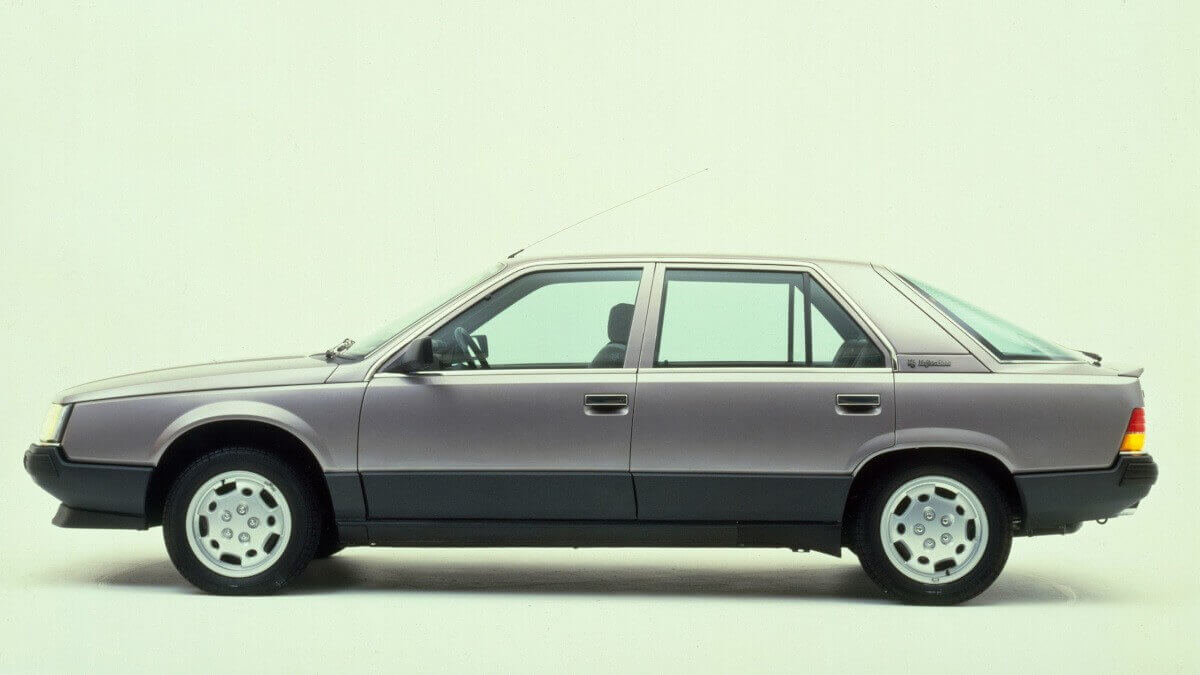 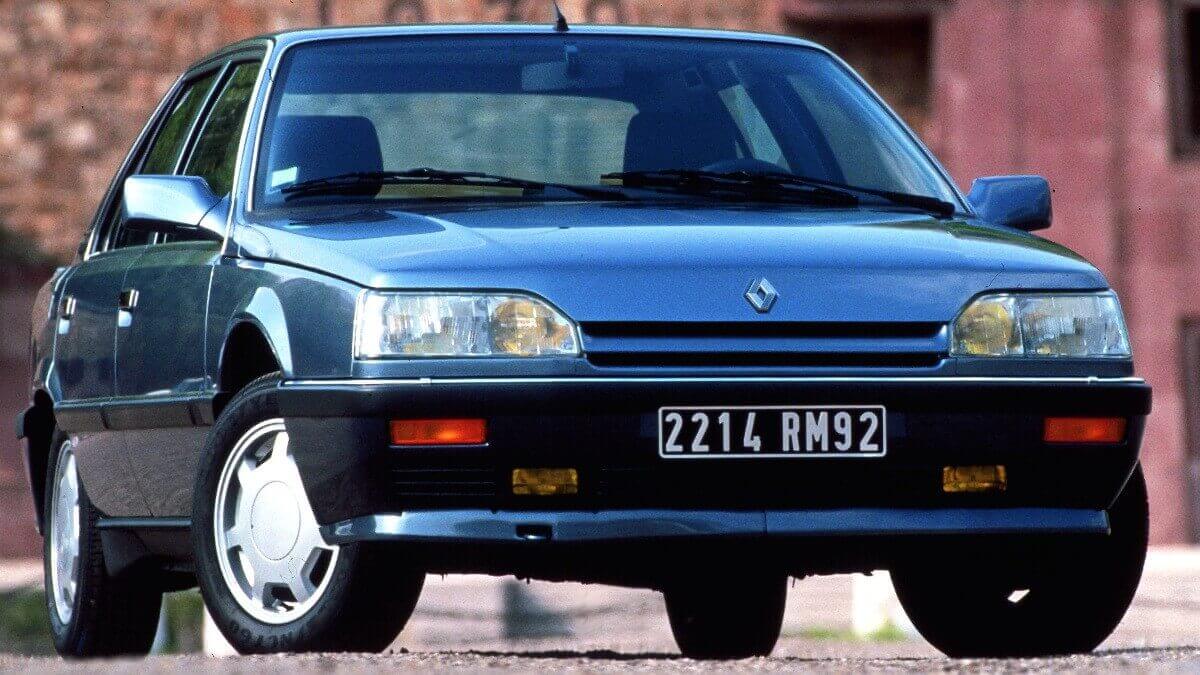 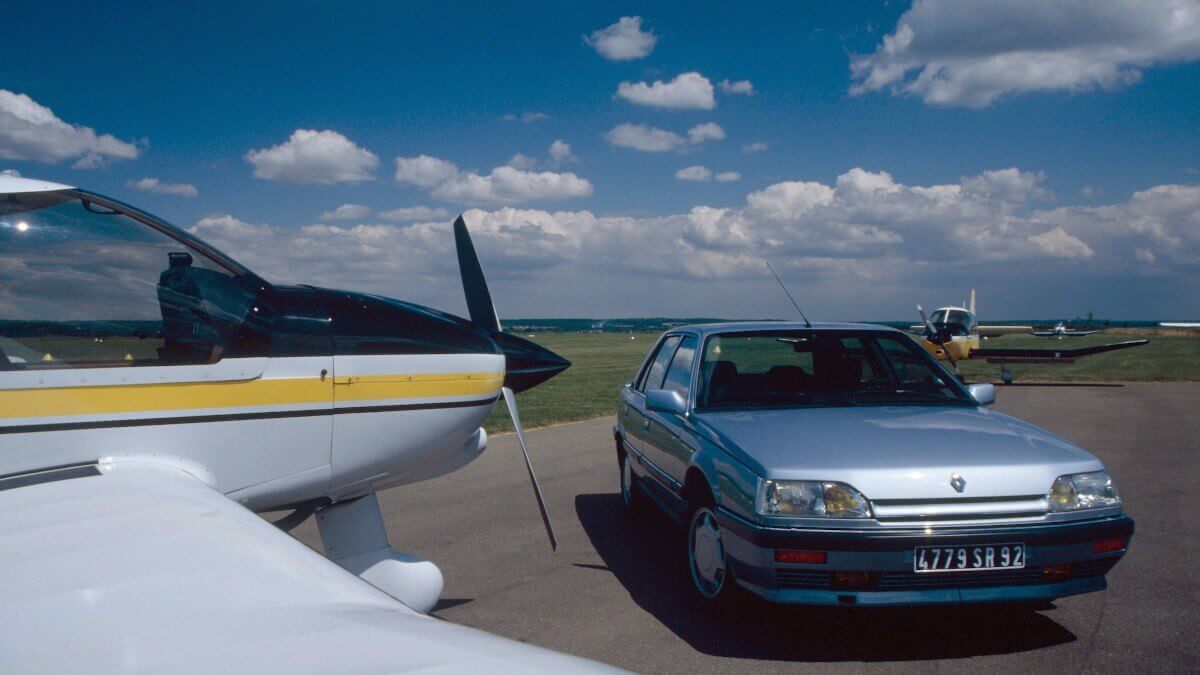 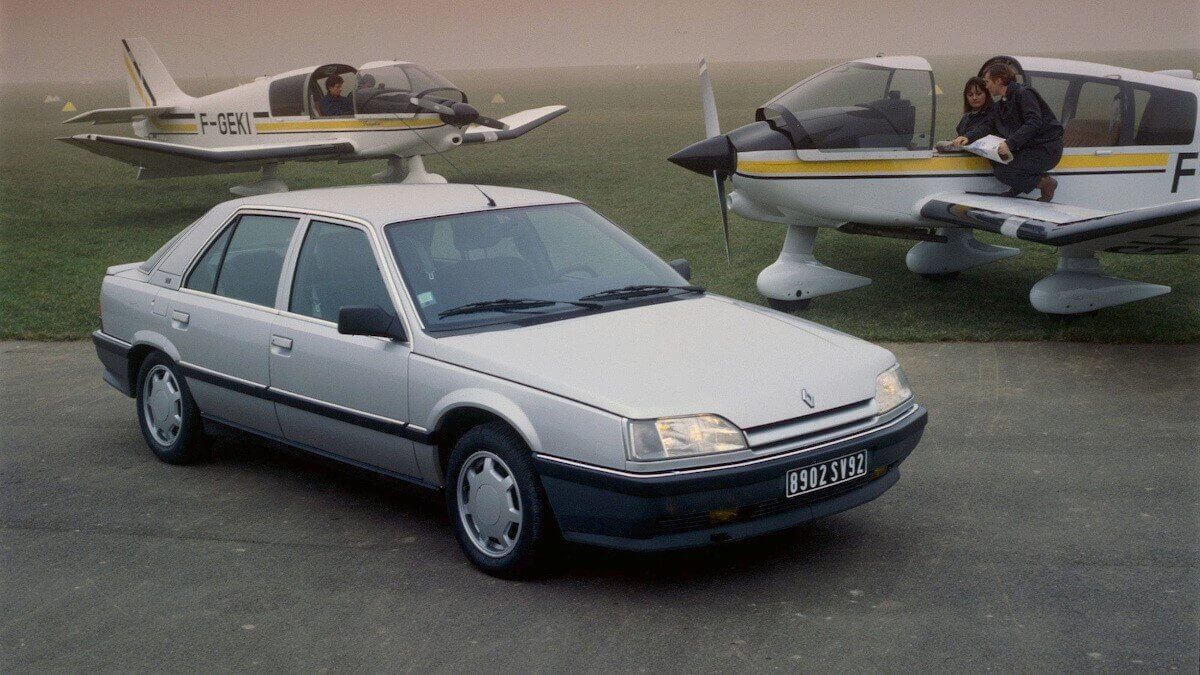 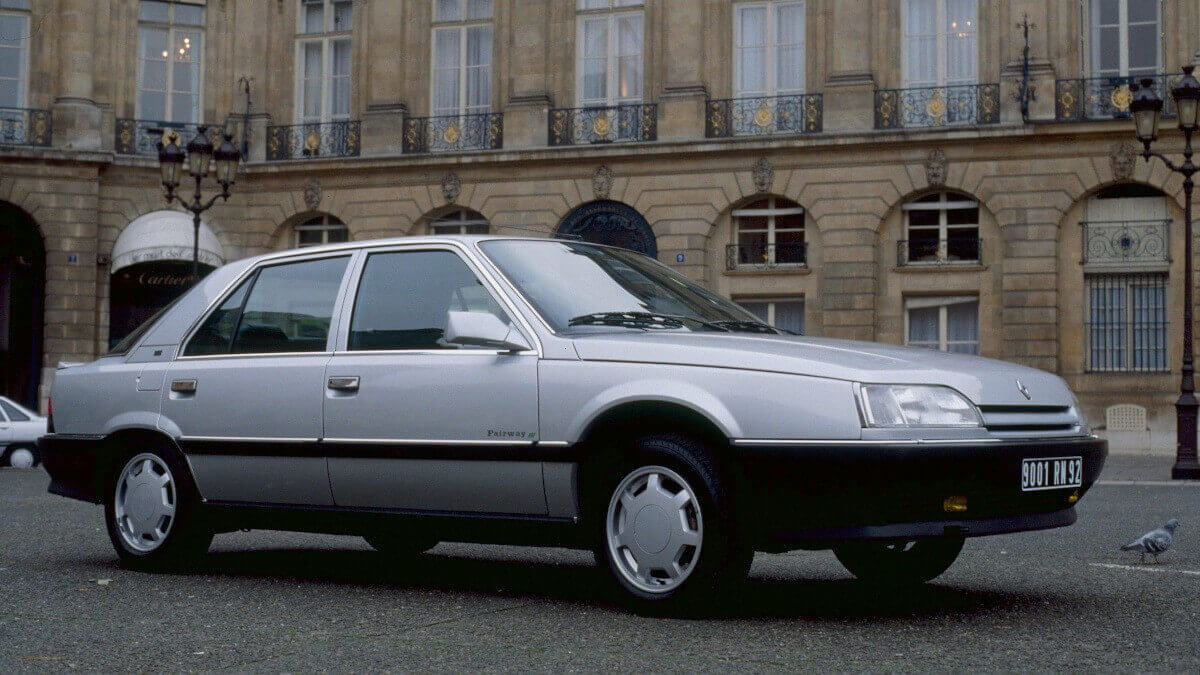 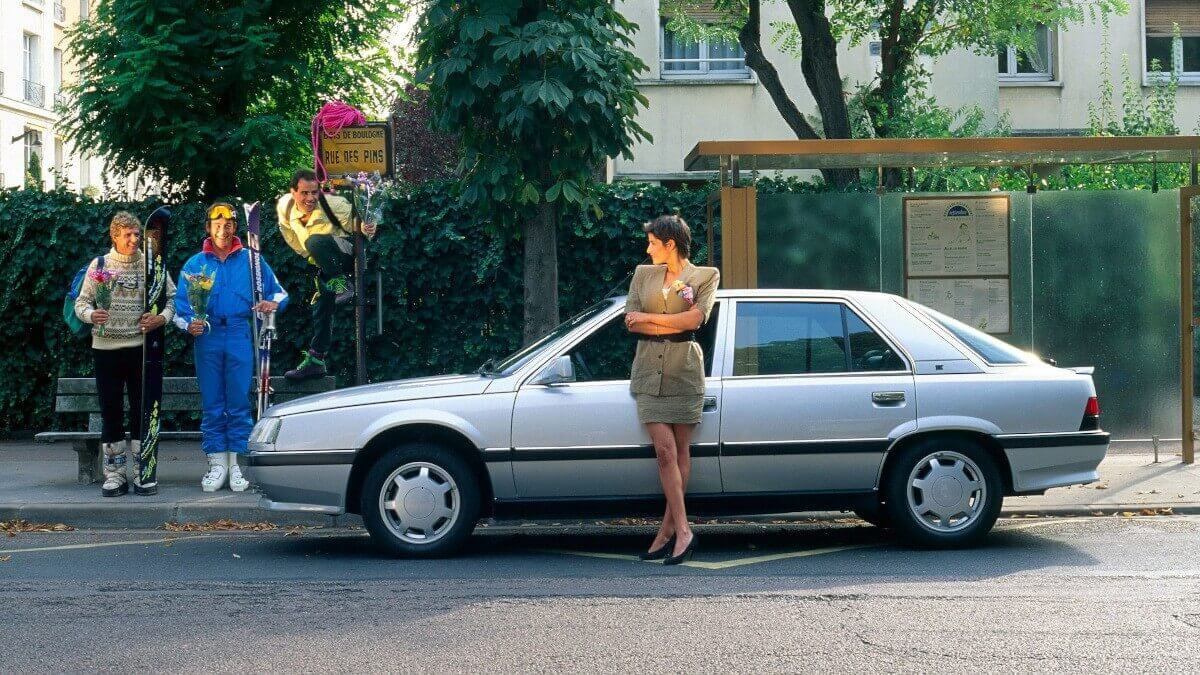 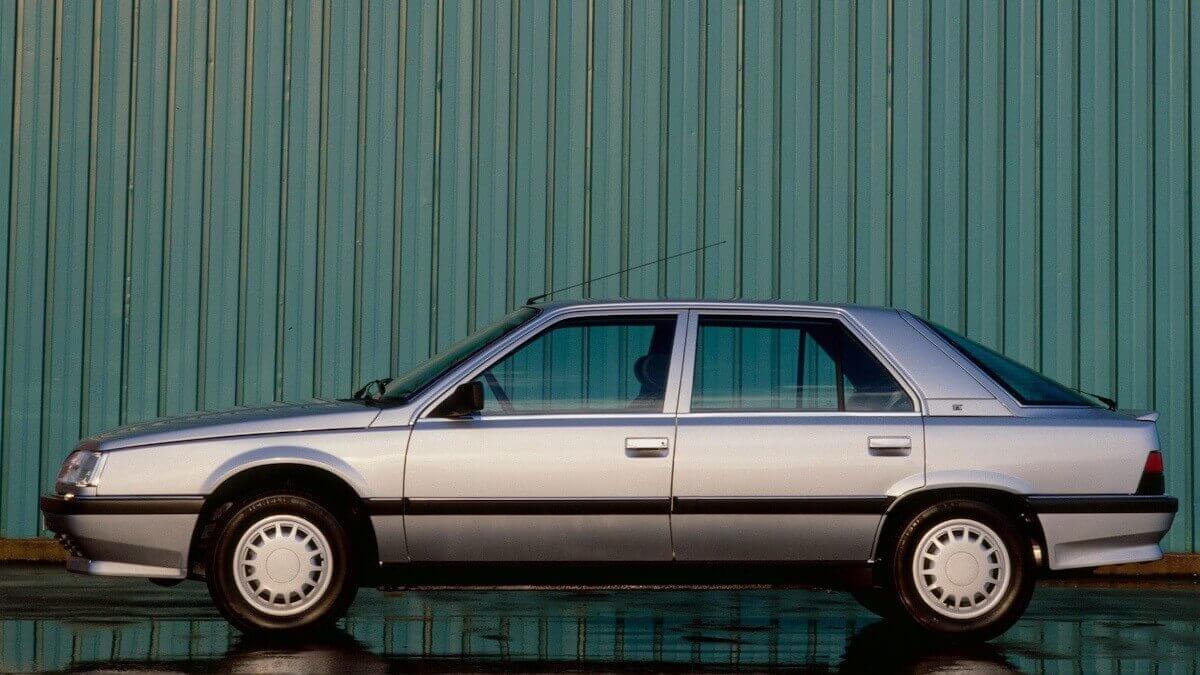 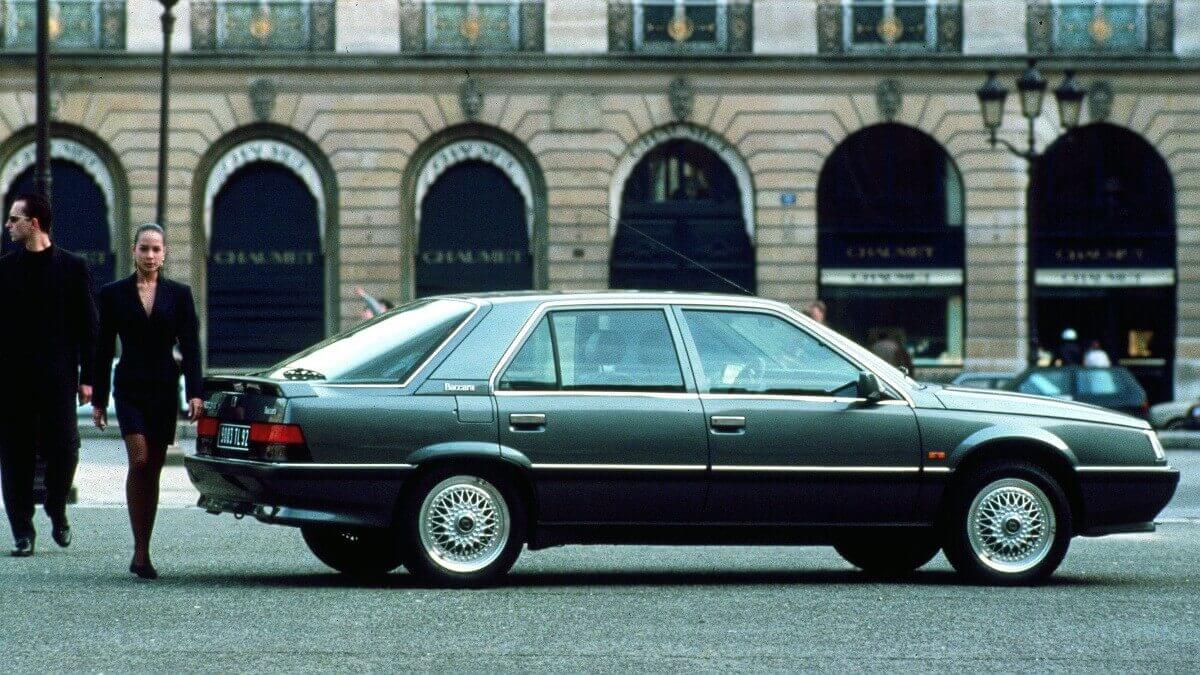 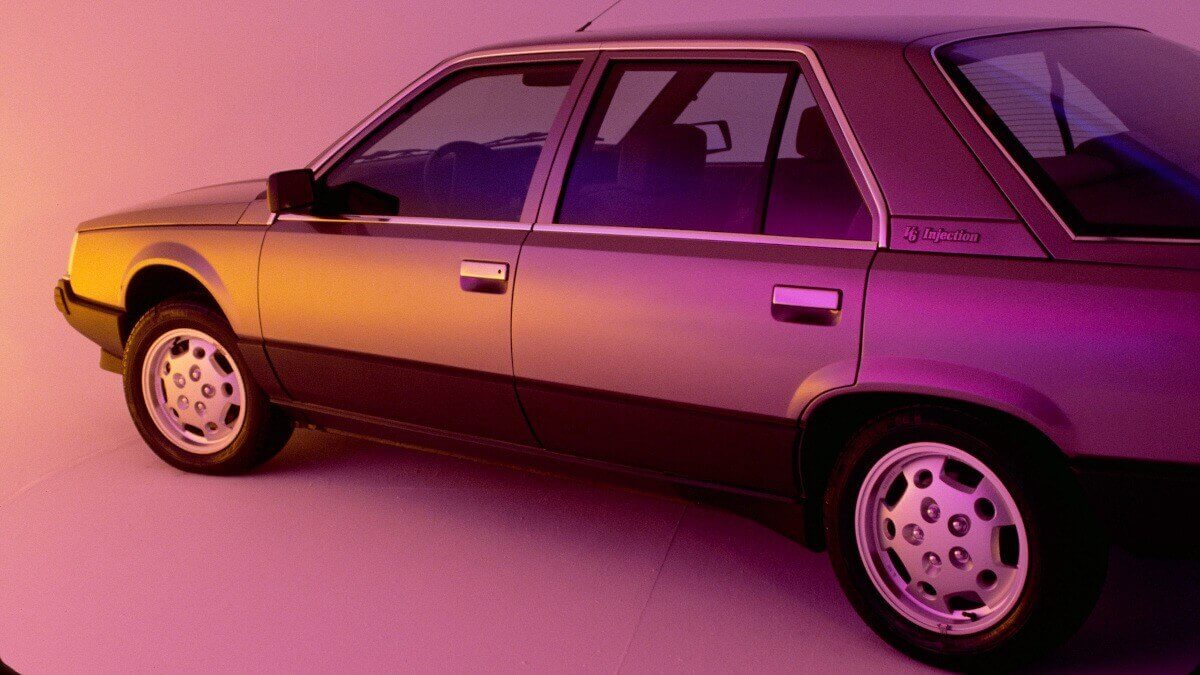 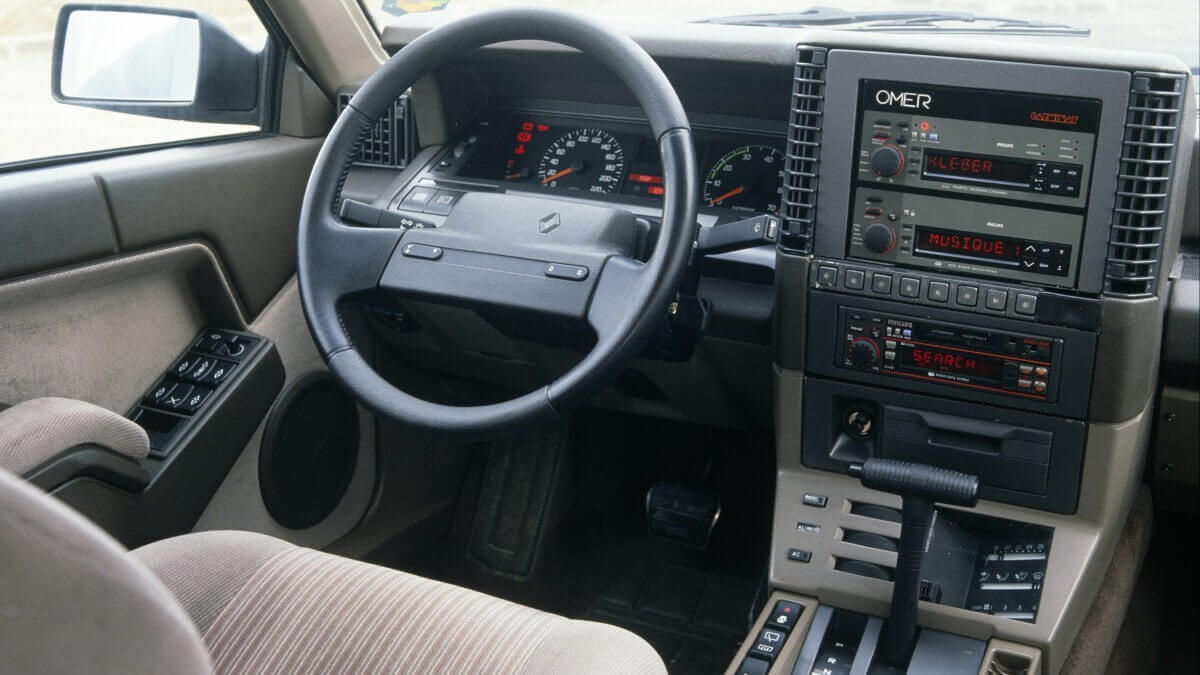 In those years Renault was still known for innovative experiments. An optional talking on-board computer was therefore offered to monitor the main vehicle functions, warning lights and service intervals, and to alert the driver to problems with voice messages if necessary. In the V6 models it was standard equipment. Its display, the warning lights, instrumentation and controls were located on a futuristic dashboard designed by Marcello Gandini. In 1988, Renault carried out an extensive facelifting on the 25. The front was more rounded, the bumpers smoothed and the rear lights widened. Inside there were new upholstery fabrics and modified ventilation nozzles. For the final years of production, the dashboard was upholstered to increase crash safety.

The Renault 25’s range of engines was wide and consisted of a total of eleven petrol and three diesel engines over the full production period. At the beginning of the power spectrum until 1989 was the TD and GTD diesel engine without turbocharger and with 46 kW/63 hp. It had the proverbial temperament of a wandering dune and reached 100 kph (62 mph) in 18.3 seconds. The other end of the line-up was marked in the last two production years by the up to 233 kph () fast Renault 25 V6 Turbo with 151 kW/205 hp and 290 newtonmeters of torque. While the diesel engines were only available with manual five-speed gearboxes, some petrol engines were also available with three- or four-speed automatic transmissions. In any case, the power was transferred to the front wheels. By the beginning of 1992, a total of 780,976 units had been produced, 40,458 of which were newly sold in Germany. In the debut year 1984 Renault won the ‘Goldenes Lenkrad’ (Golden Steering Wheel) in Germany. Since the French manufacturer wasn’t represented on the American market, they cooperated with AMC and ordered an independent sedan bodywork at Giugiaro. After the takeover of AMC by the Chrysler Group, the model was offered as the Eagle Premier from 1988 to 1992. The identical Dodge Monaco was also produced from 1990 to 1992, since Chrysler had to fulfil the contractual agreement to purchase 260,000 units of the PRV V6 engine.