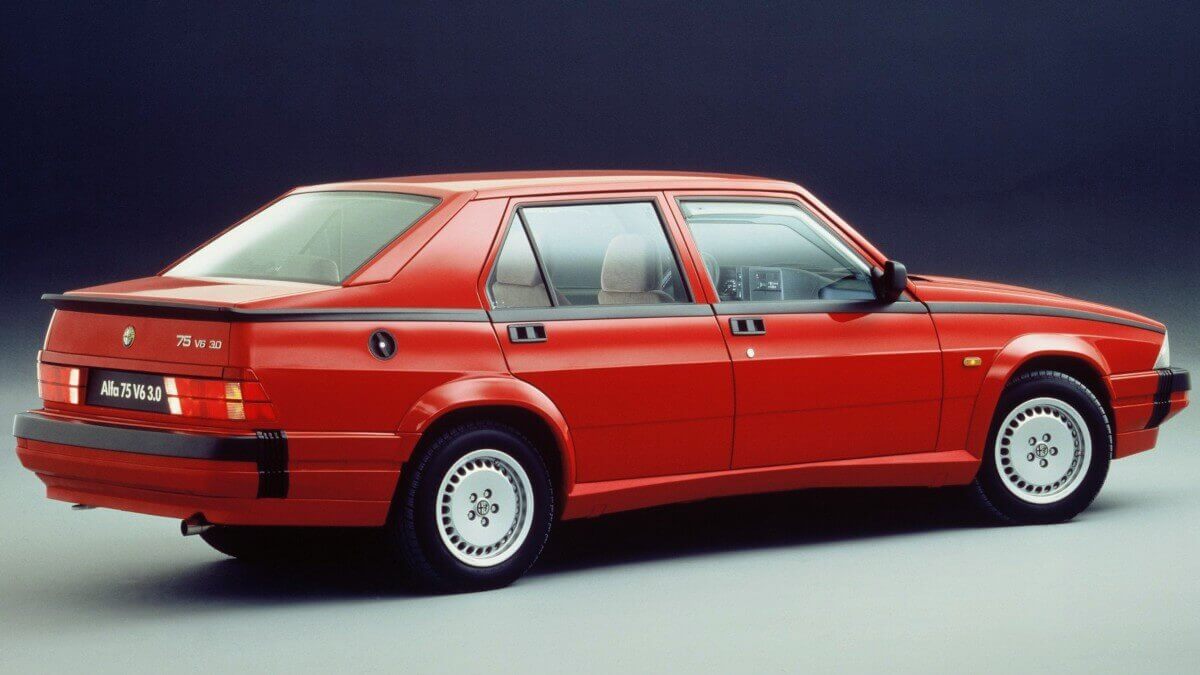 Alfa Romeo produced a little Julia instead of the Juliet – or in Italian: a Giulietta instead of the Giulia. This minimization actually didn’t really want to fit to the angular car, but its shapes fitted the time well. Under the internal development code 116, this car was based on the floor panels of the slightly larger Alfetta with the same wheelbase but smaller length and width. The various available engines were installed at the front, while the gearbox and the differential were transaxle mounted at the rear axle. The body, drawn by Ermanno Cressoni at Alfa Romeo’s Centro Stile, couldn’t arouse any enthusiasm at all and caused a significant drop in sales in many countries. Even a model upgrade in 1983 didn’t help here. Looking back, Alfa Romeo anticipated many elements of today’s saloons. The basic look was retained, as the bodyshell of the Giulietta served as the basis for the new Alfa Romeo 75 in 1985, which was sold as the Alfa Romeo Milano in the USA.

Below the side windows Ermanno Cressoni added new plastic strips, which started at the front fender and continued through to the rear. The upper part of the boot lid was redesigned, while below it the lights moved further down and received a reflective strip at their upper edge across the full width of the car. New plastic attachments made the rear window flatter than on the Giulietta. While the versions with small engines in Europe were 4.33 meters long, the US versions as well as the top model 3.0 V6 were fitted with different bumpers, which increased the car to 4.41 meters. European and American vehicles also differed in terms of where they were installed and thus also in the size of the petrol tank, which was 49 liters in Europe and 68 liters in the USA. While Alfa Romeo only offered sedans, Rayton Fissore produced two drivable prototypes of a station wagon for the Turin Motor Show in 1985 and the Geneva Motor Show 1986, whose possible chances of series production were reduced to zero, however, with the takeover of Alfa Romeo by the Fiat Group. Some prototypes of the station wagon served as service vehicles at the Alfa Romeo plant in Milan. 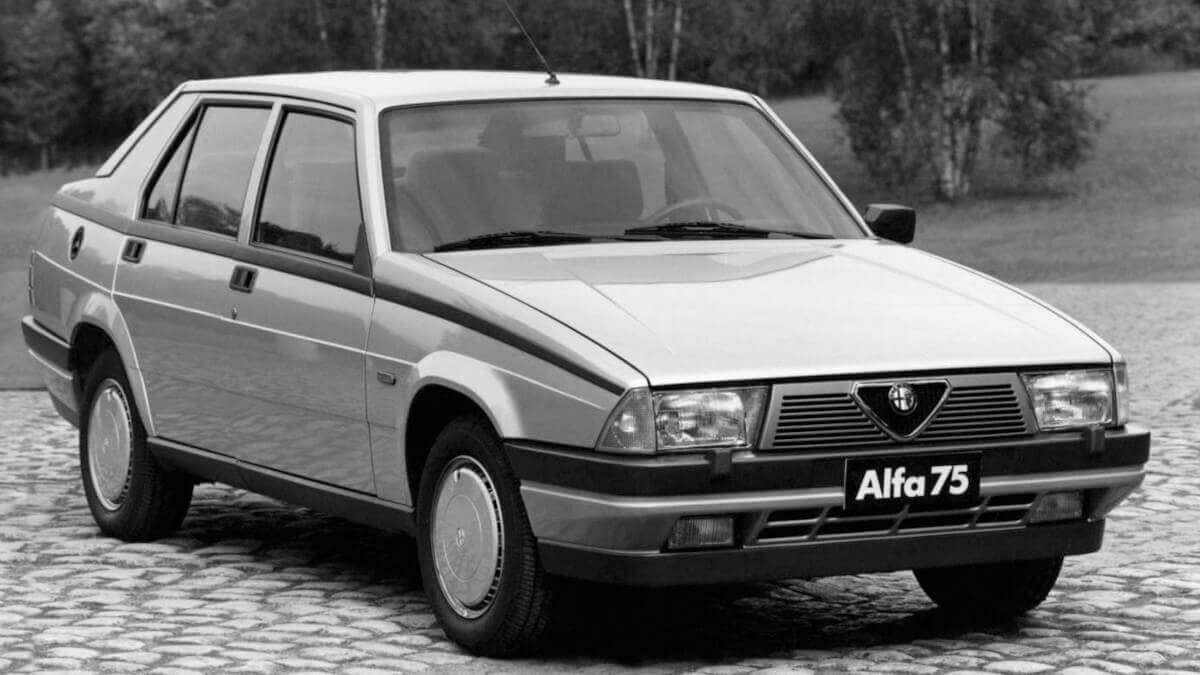 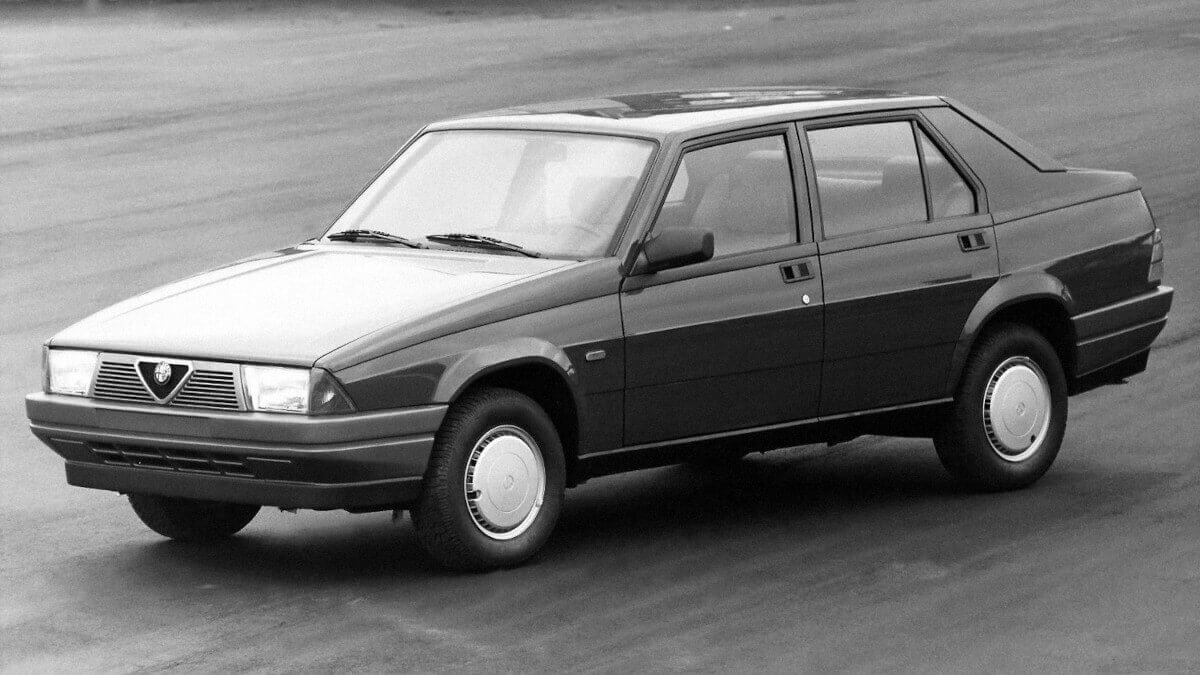 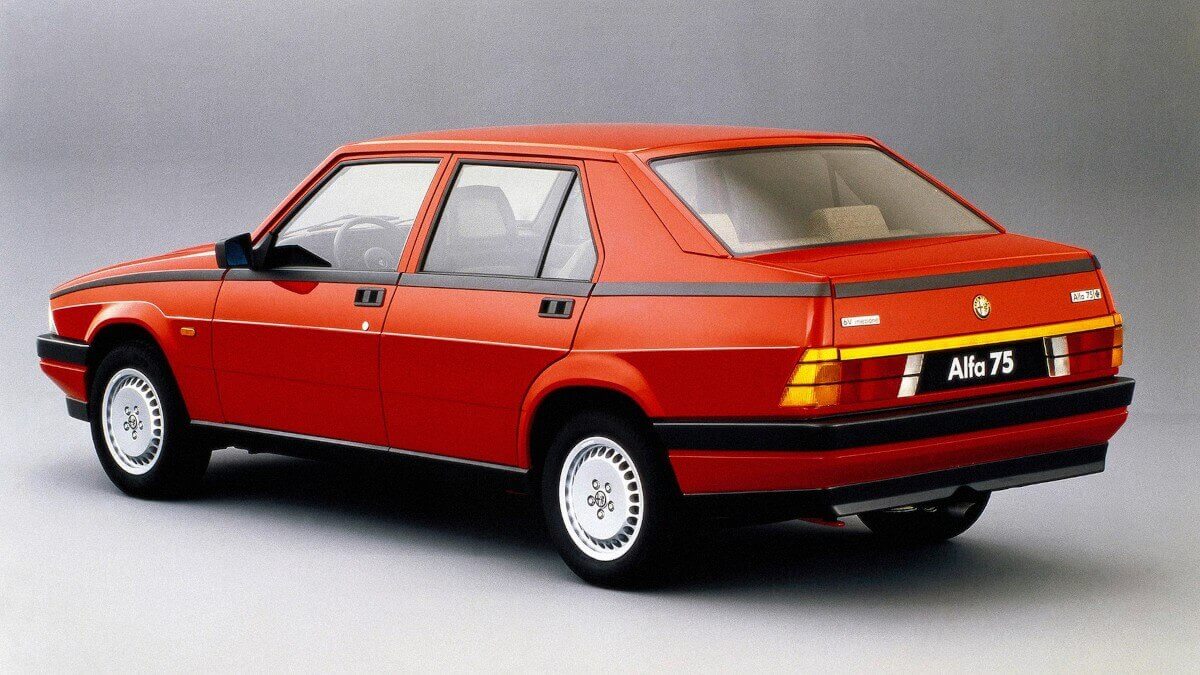 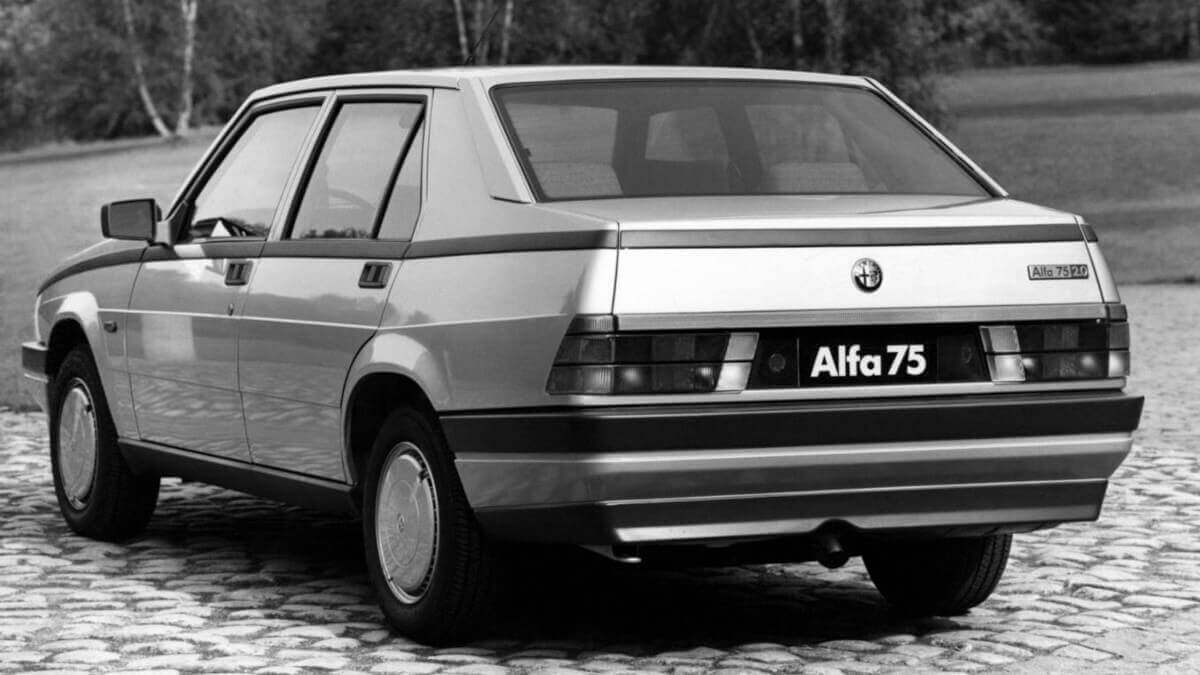 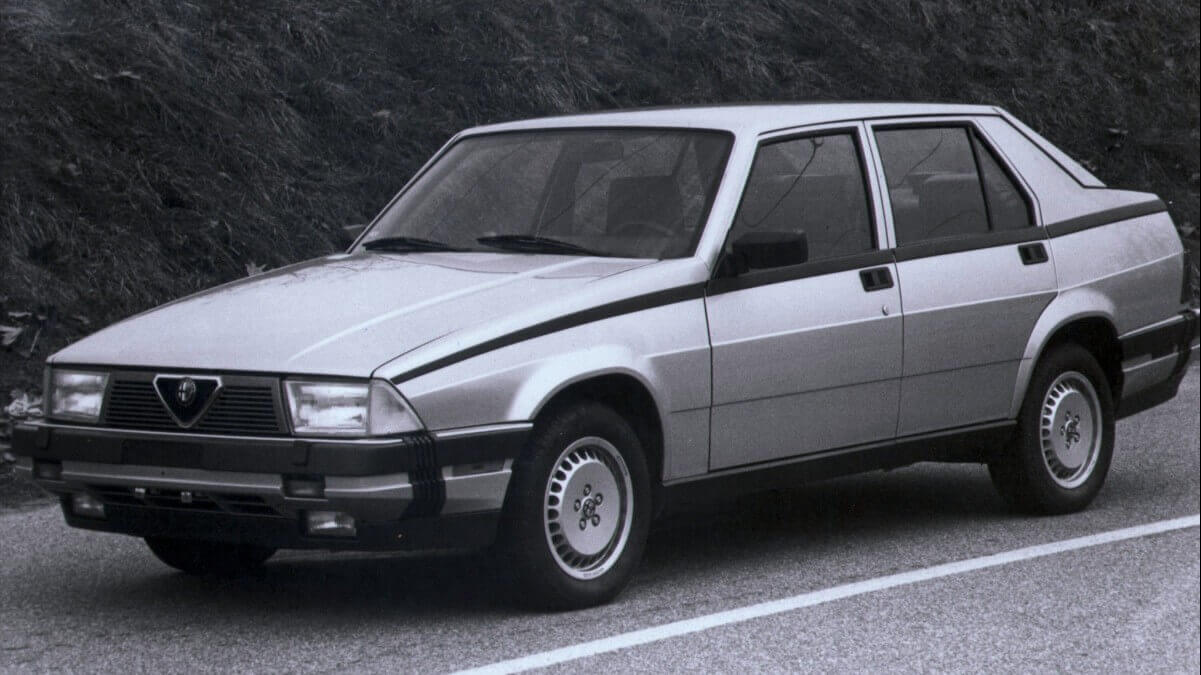 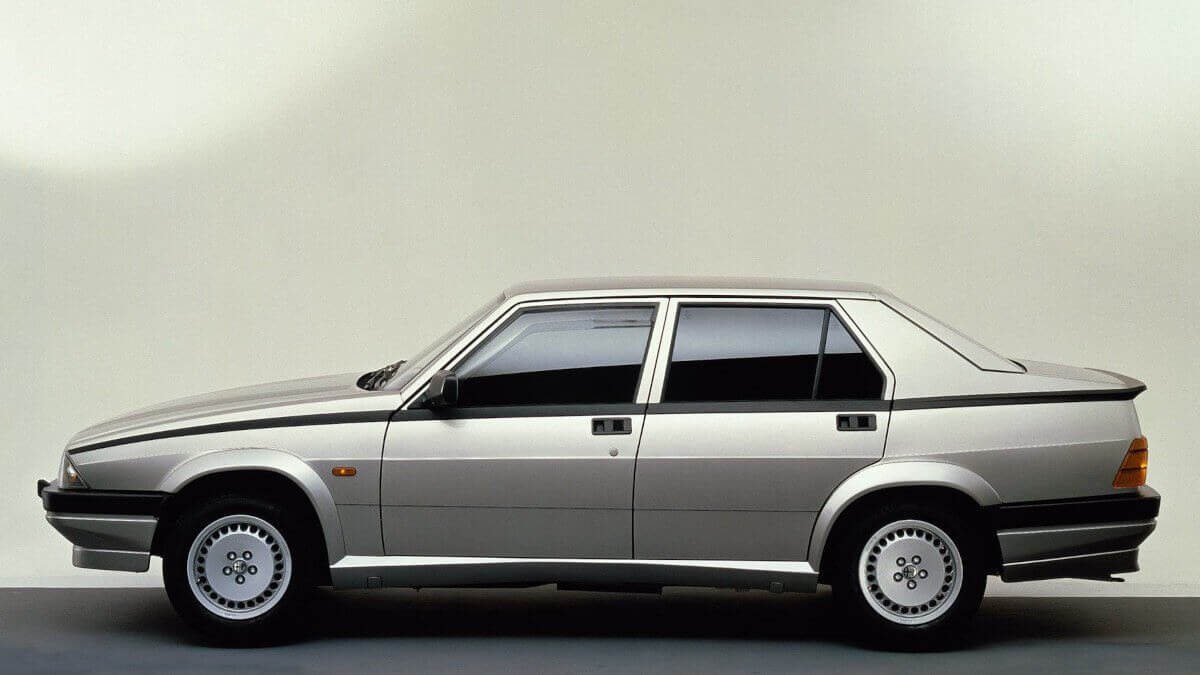 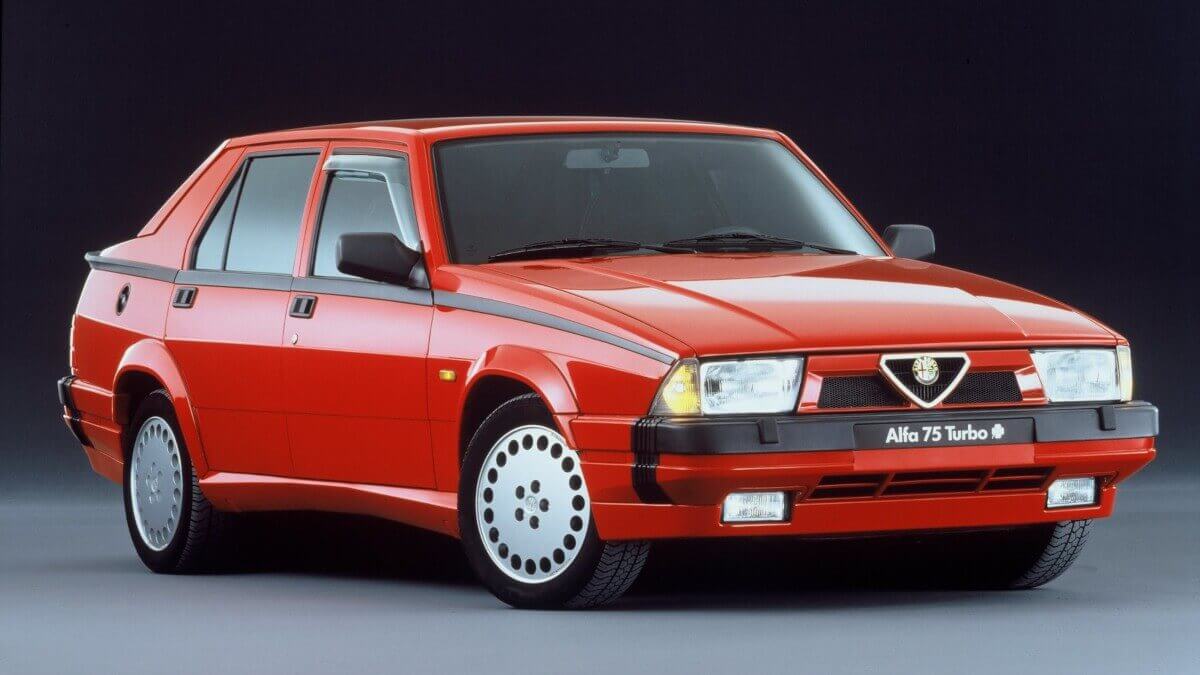 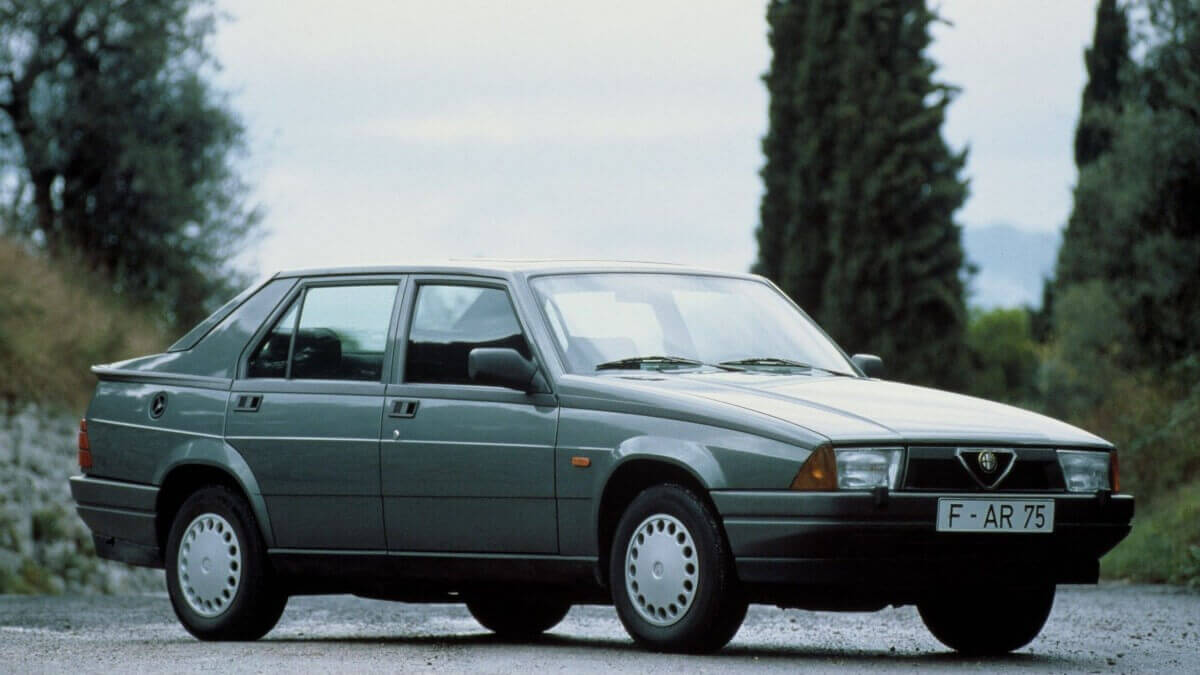 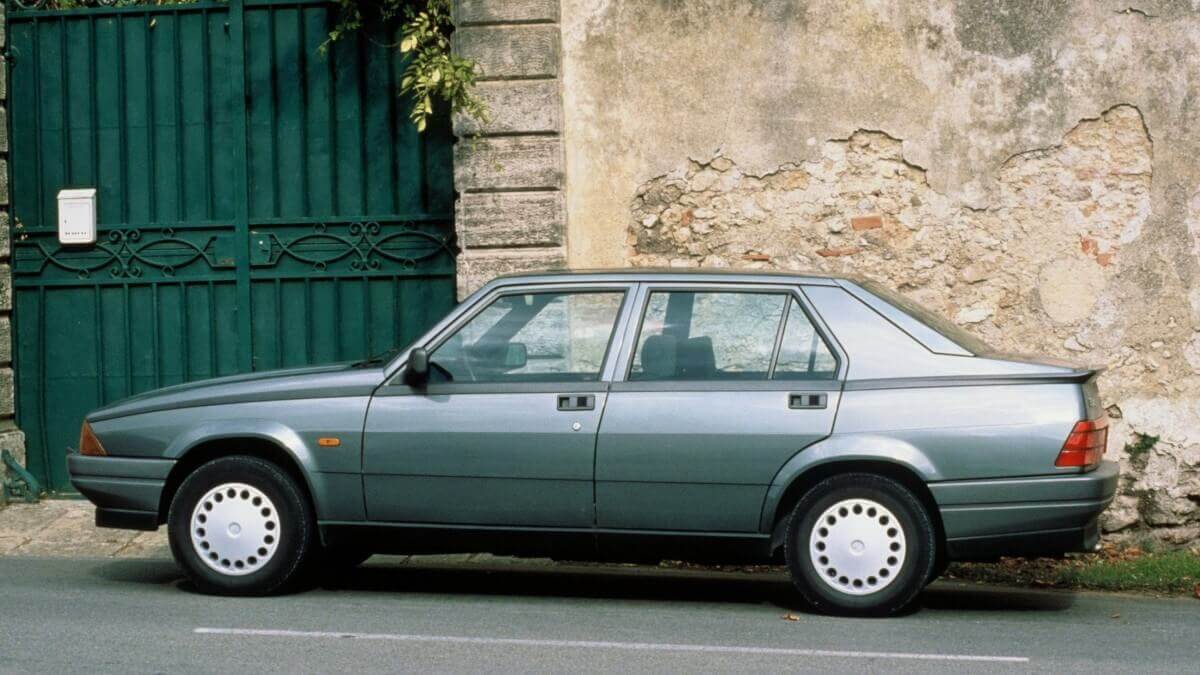 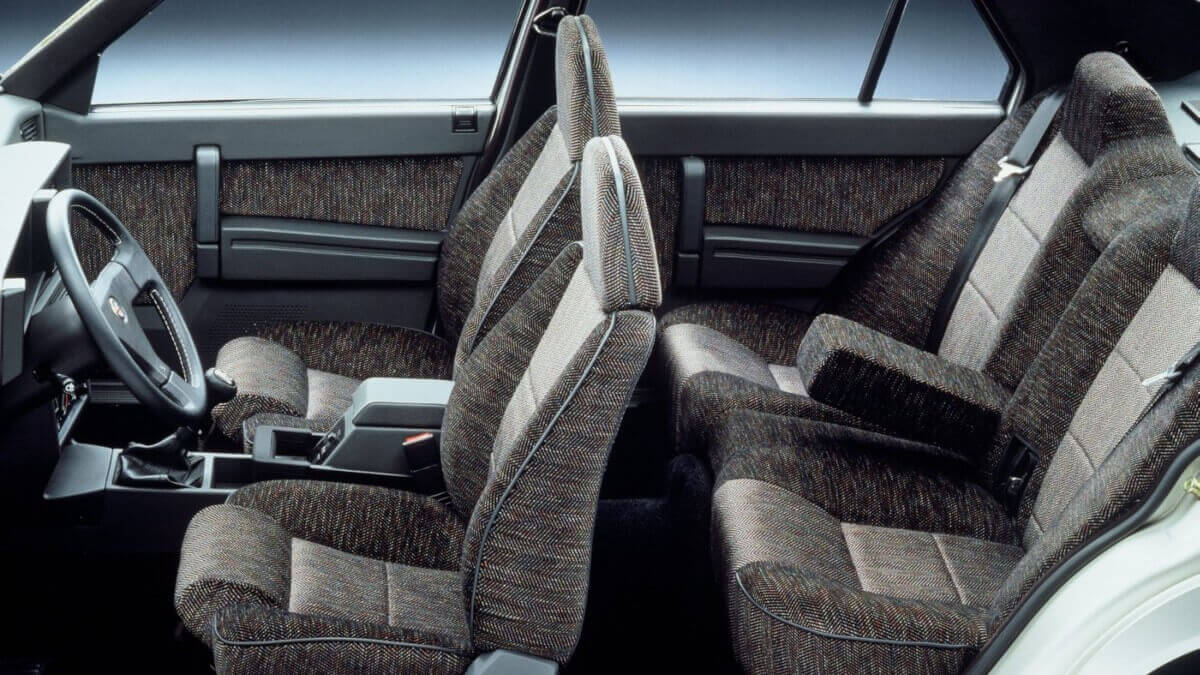 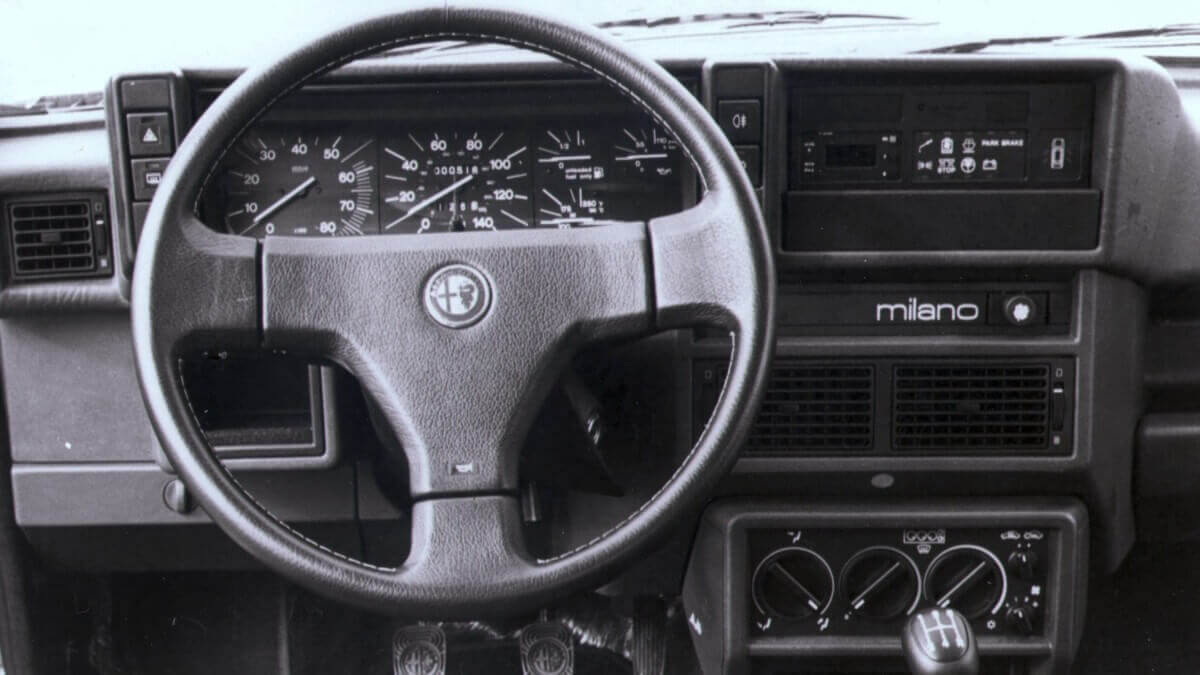 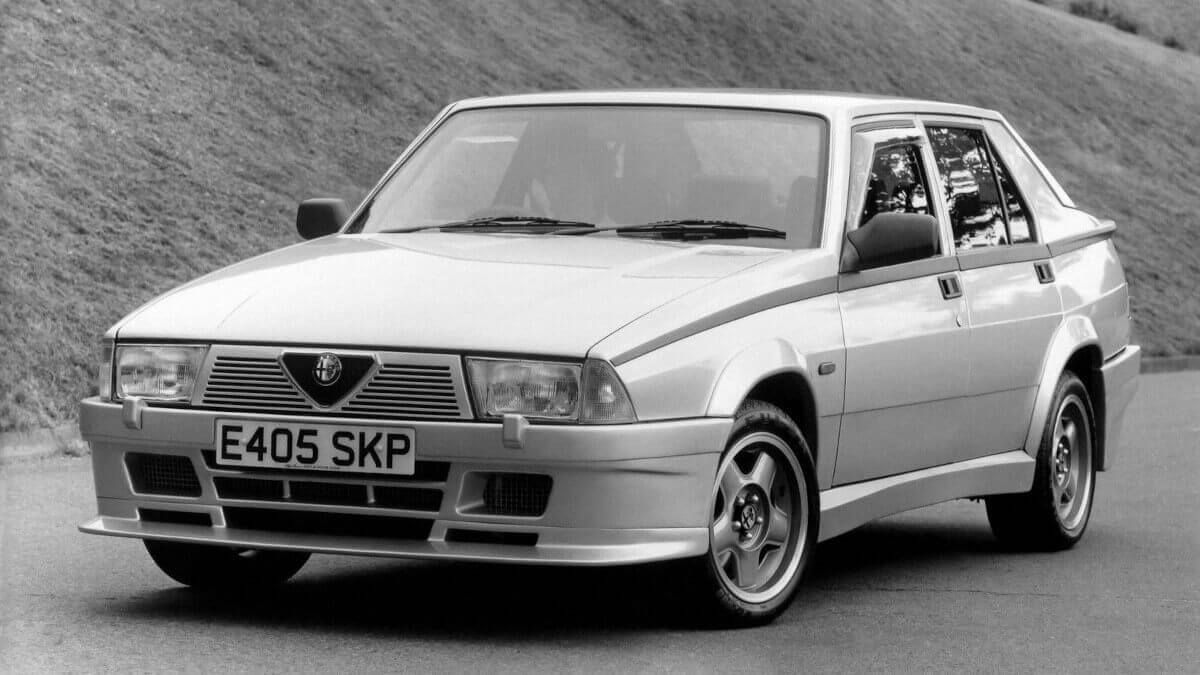 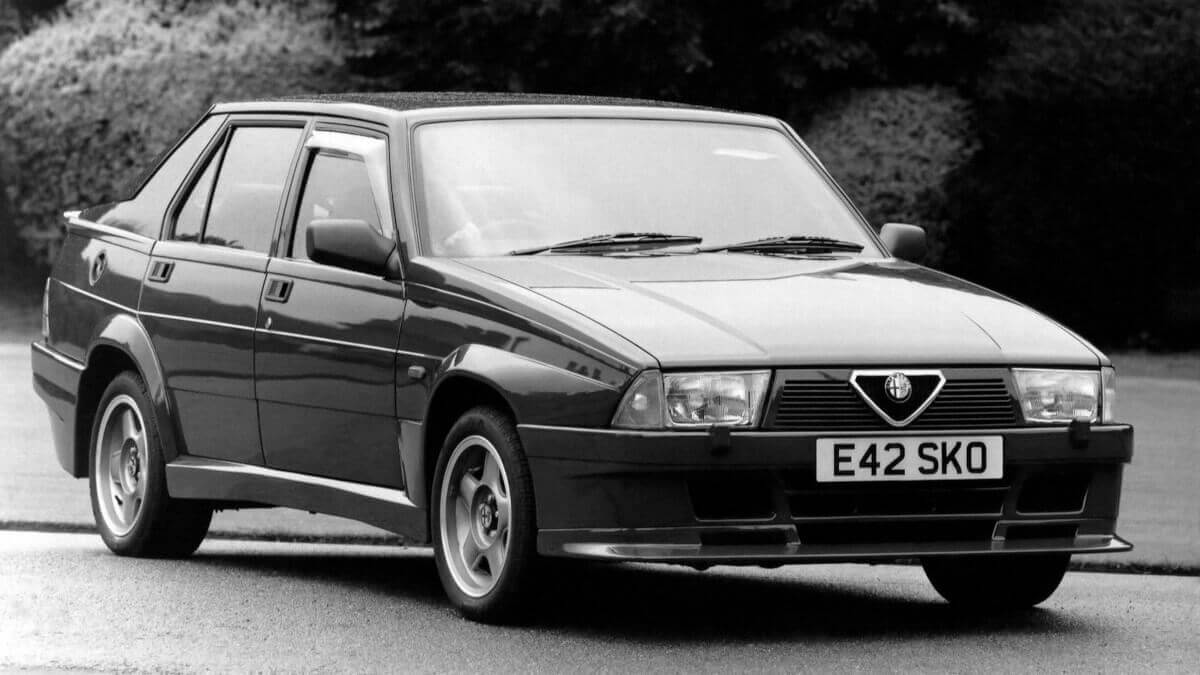 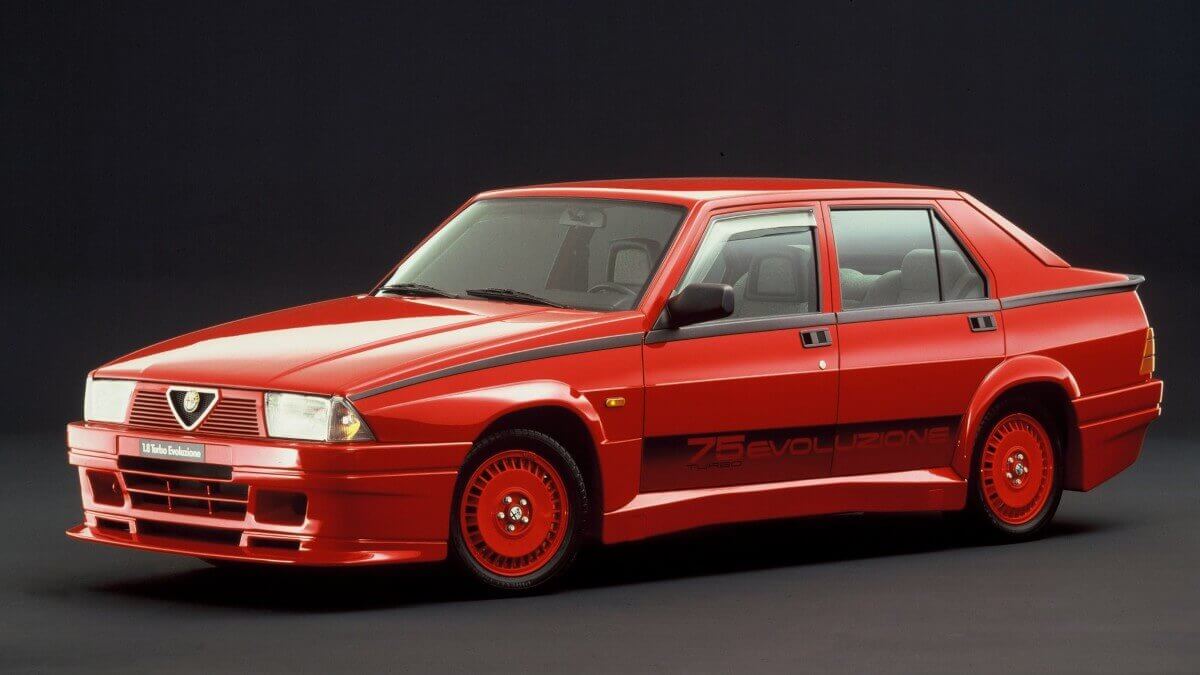 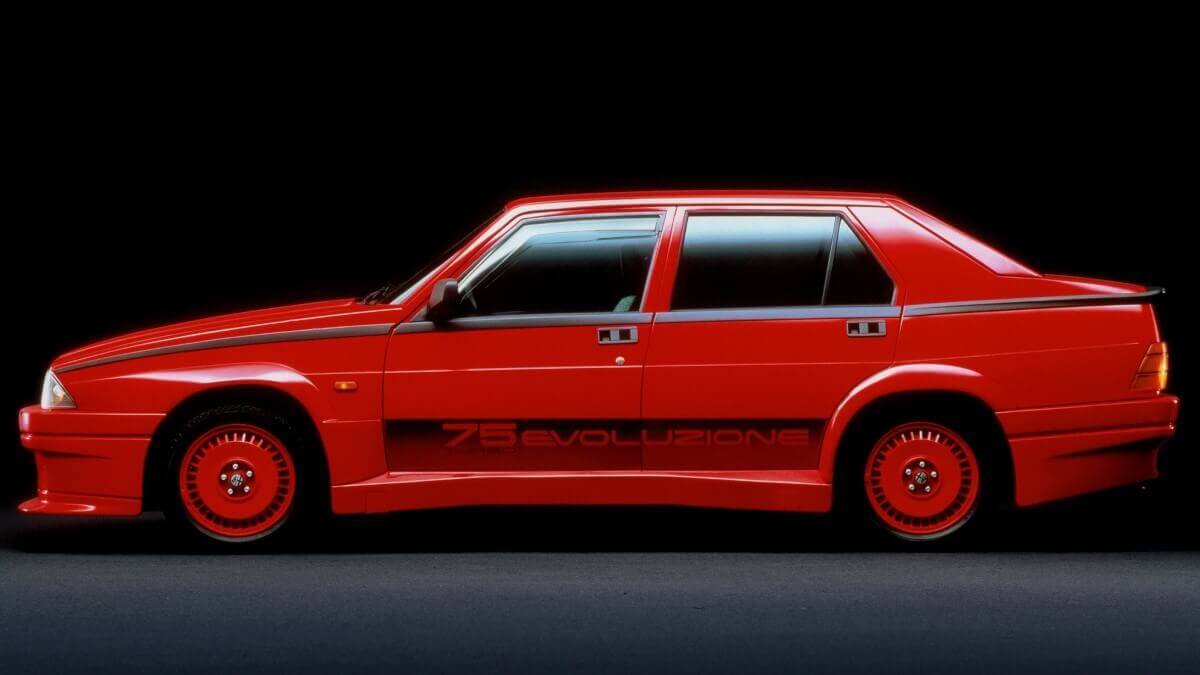 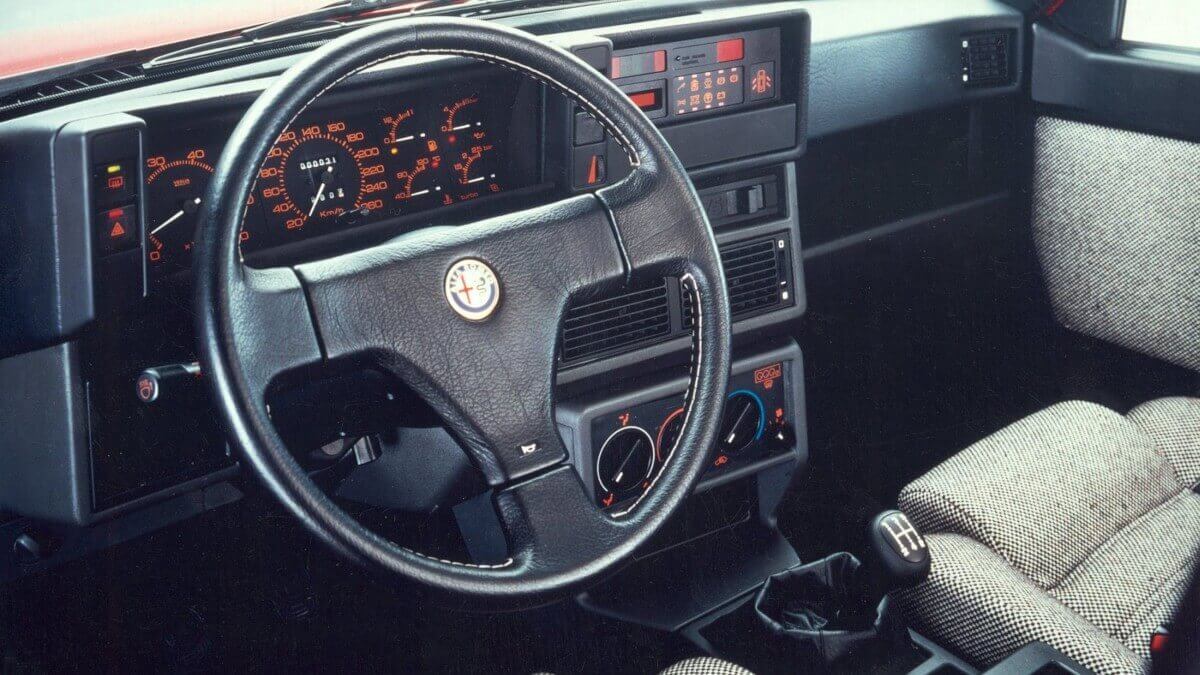 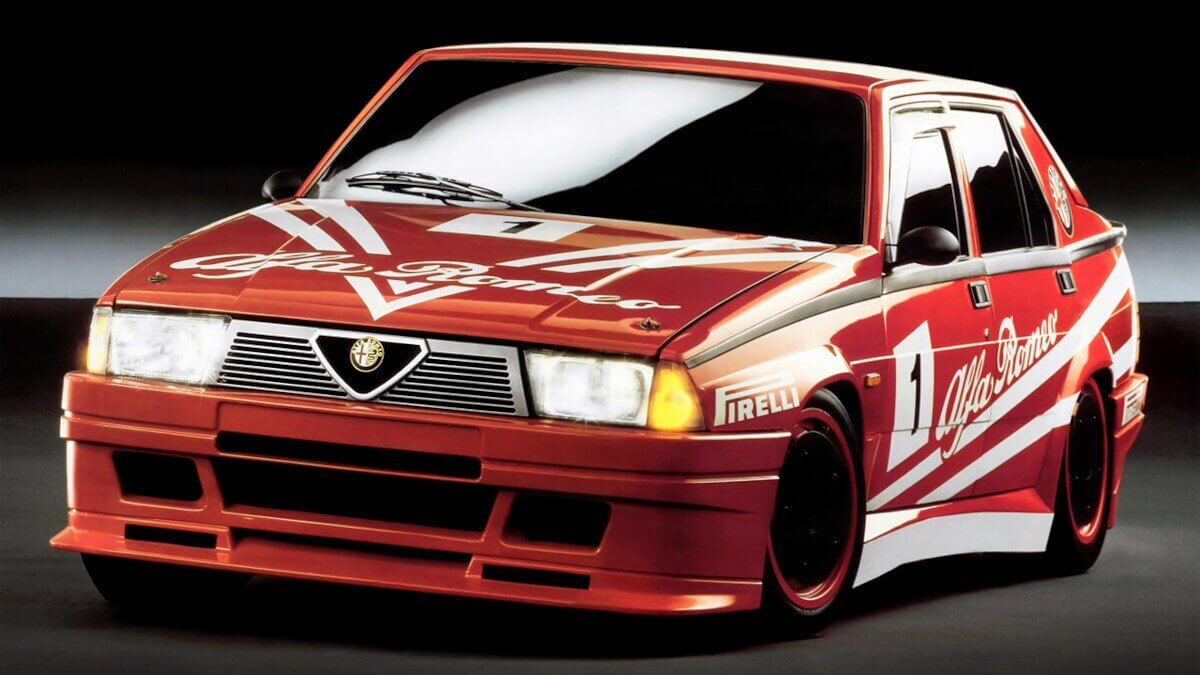 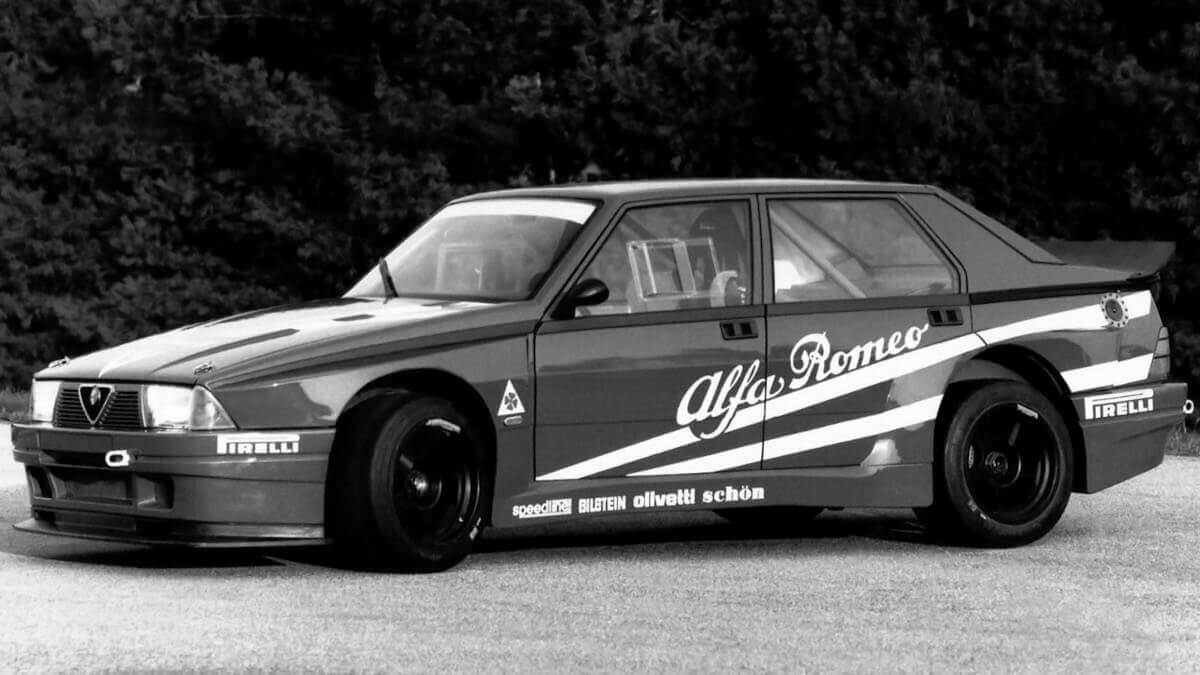 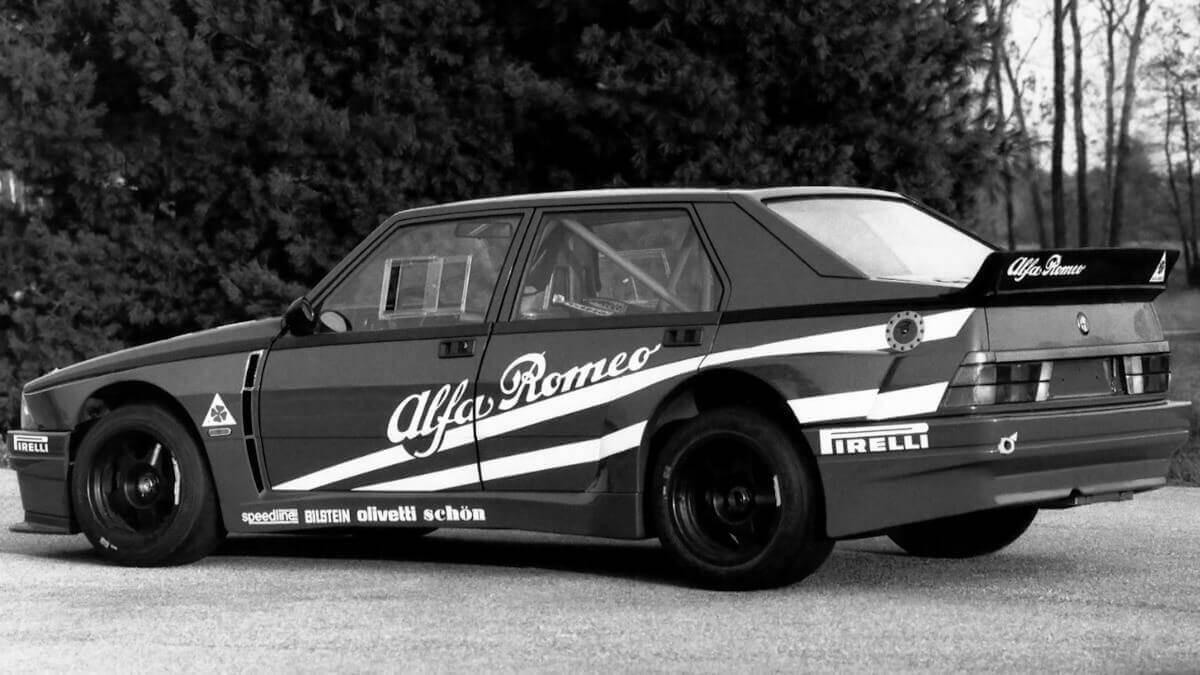 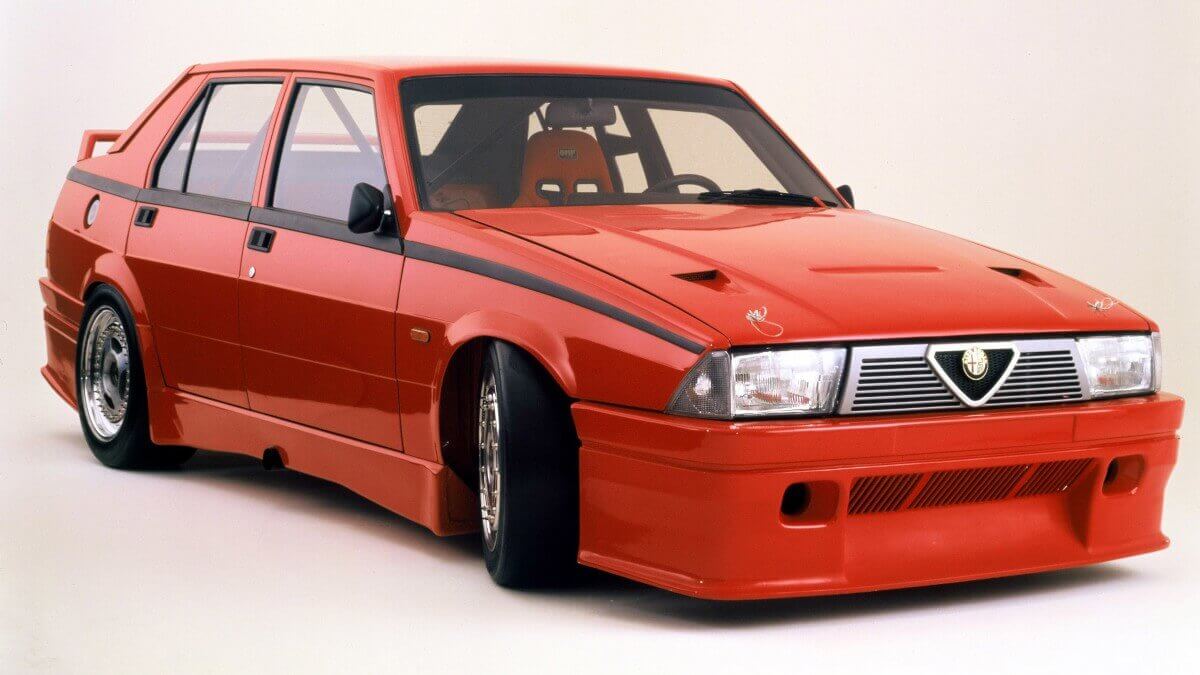 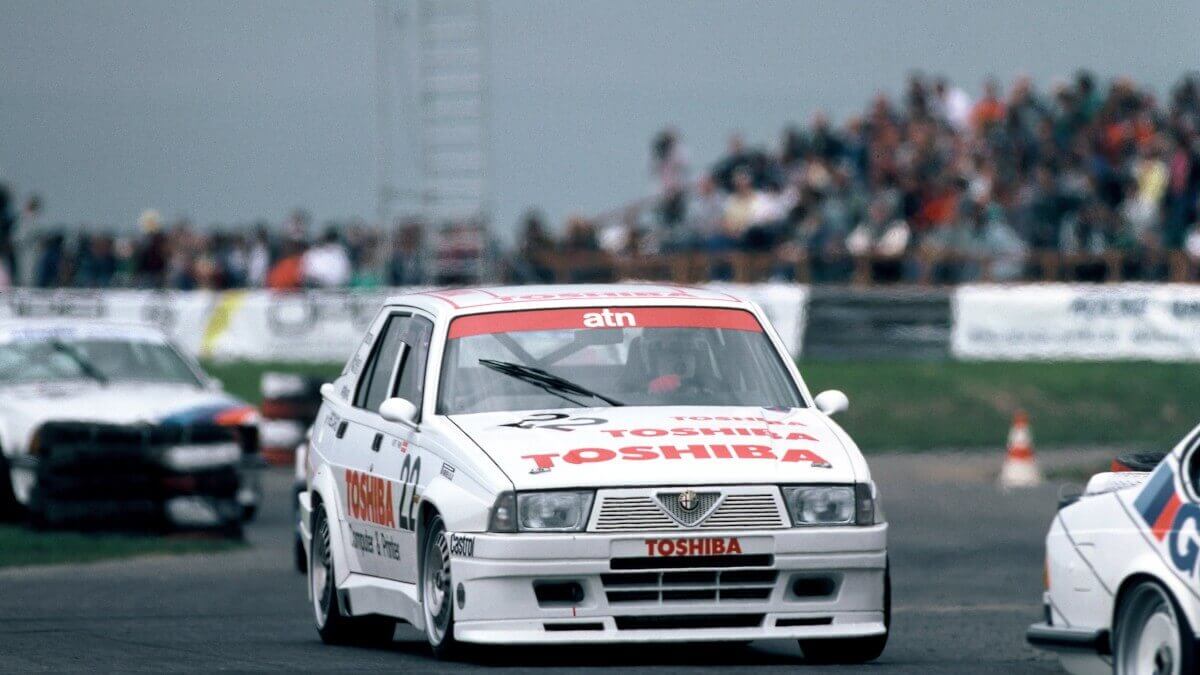 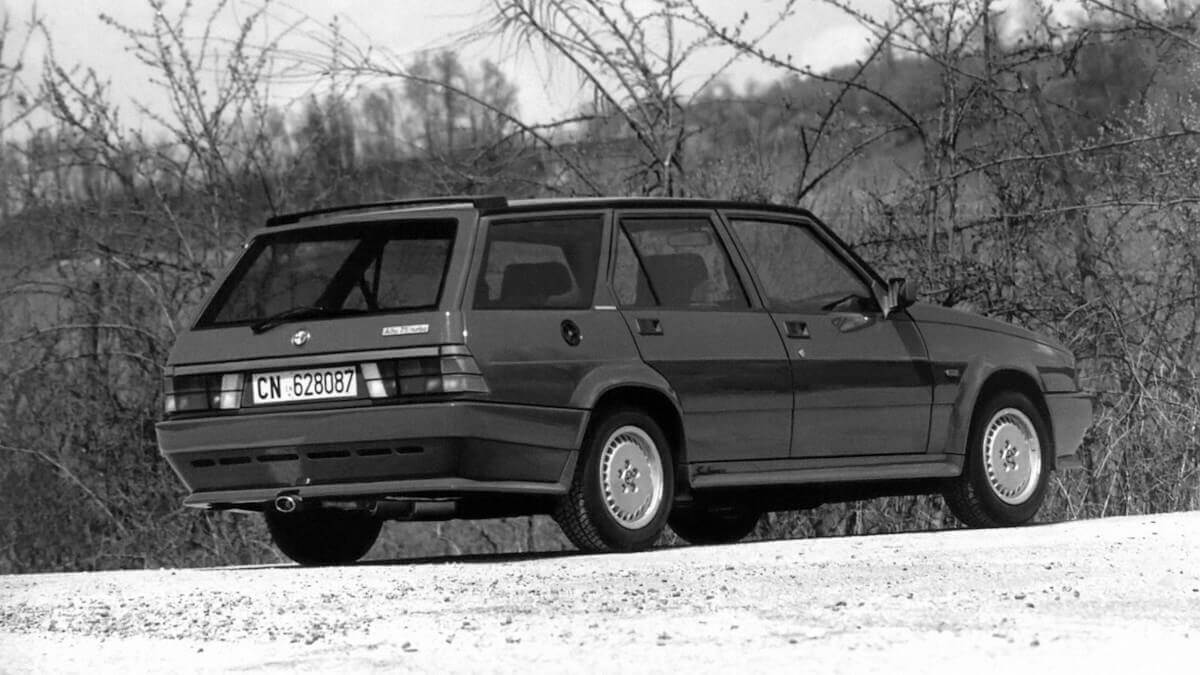 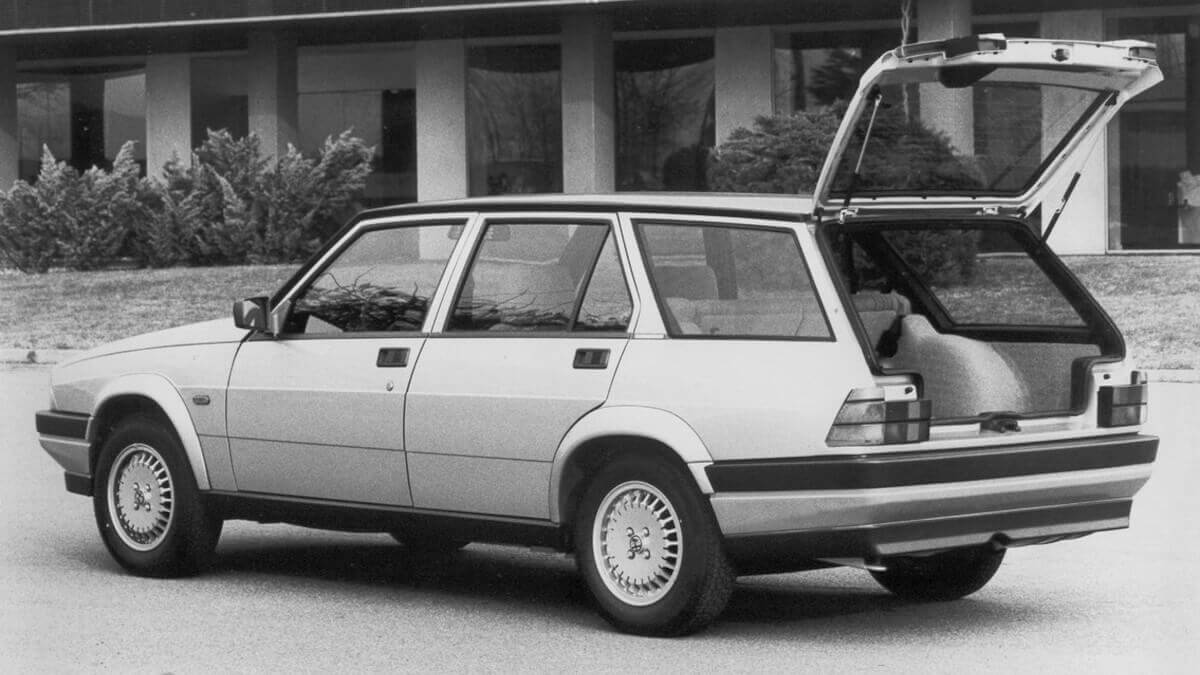 For the model year 1989, which already began in autumn 1988, the Alfa Romeo 75 received a facelift with new lights, modified radiator grille and from now on also partially painted sills and bumpers. In the course of the production period, there were various petrol and diesel engines with outputs between 79 kW/107 hp and 141 kW/192 hp (petrol) and 70 kW/95 hp and 82 kW/111 hp (diesel), although those diesel engines never made it to Germany and some other markets. Depending on the version and engine, the kerb weight was between 1,060 and 1,330 kilograms. The racing variants developed by the factory naturally undercut these values. Alfa Romeo competed with them in various touring car championships worldwide. To meet the Group A regulations, 500 copies of the 75 Turbo Evoluzione were built in 1987. A total of 386,767 vehicles were produced up to the model change to the Alfa Romeo 155 in 1992. Due to programmes such as the scrappage schemes in various countries or the regulations in force in the EU to guarantee on used cars, the stock of the Alfa Romeo 75 has now been drastically reduced. Although almost every model year would now be worthy of a historic license plate in Germany, corresponding vehicles rarely appear at classic car meetings.