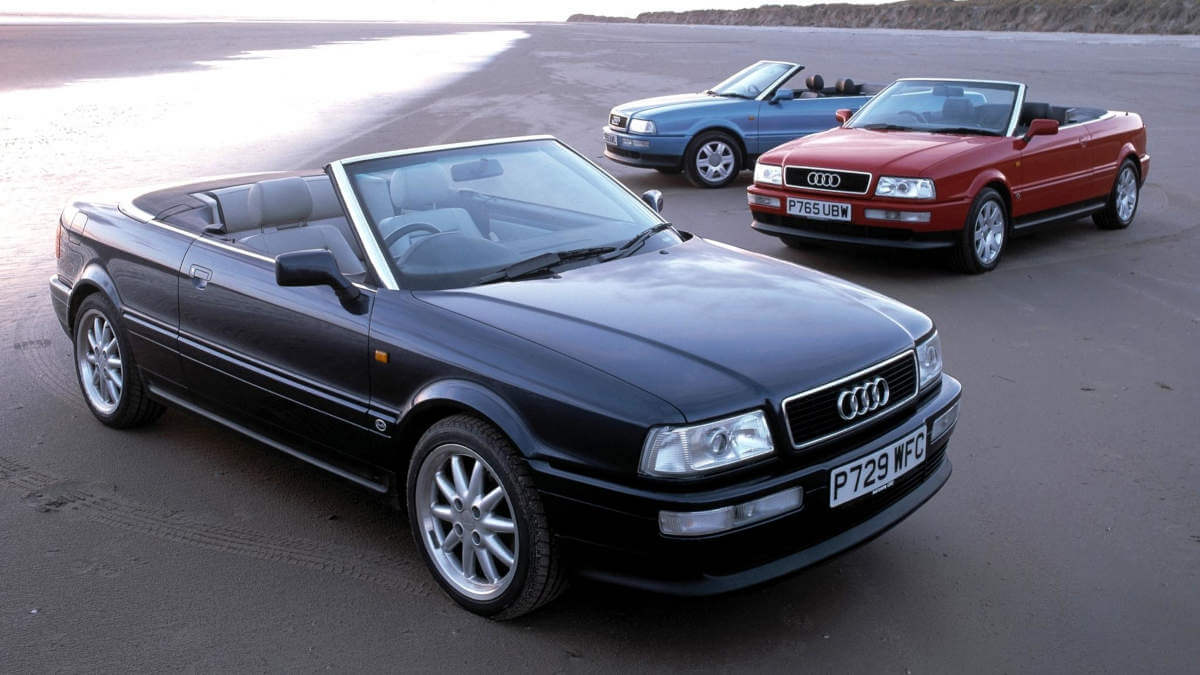 Before World War 2, the Auto Union brands produced various body styles for their cars. In addition to sedans, there were also open convertibles in various designs. Next to the number of seats, the number of doors and wheelbases also varied. Interestingly, it took a long time after the war before the successor company Audi found its way back to this body style. DKW managed this step relatively quick with the F89, F91 and F93 models, as did Auto Union itself with the 1000 SP. Audi didn’t emerge from obscurity again until 1965, but initially only built sedans. The 60 and Super 90 were followed in 1968 by the first Audi 100. On the basis of that car Karmann developed a Cabriolet worth seeing. However, the Volkswagen Group’s board of management at the time gave this vehicle no chance of going into production, which is why it remained a one-off. It would take until the mid-1980s before Audi would again consider a convertible.

Cabriolet debuted in 1991 on the B3 platform

The B3 series, better known to motorists as the third generation of the Audi 80, was chosen as the basis. This made its debut as a four-door hatchback in late summer 1986. Two years later, a two-door Coupé appeared on the same platform, which was to outlive the B3, as the B4 (Type 8C) rolled off the production line from September 1991. This was available as a sedan and in the station wagon version Avant. The Coupé already anticipated some visual features such as the new grille design in 1988, but retained the B3 platform until production ended in 1996. This also served as the basis for the Cabriolet from 1991. From the outset, this had a hood with integrated grille, which was only added to the Coupé in a facelift. By dispensing with a fixed rollbar and placing the fabric soft top under a fixed cover behind the seats, the result is an attractive shape when the top is open. Closed, the Audi Cabriolet reveals a notchback with a large trunk lid and enough room for weekend luggage. 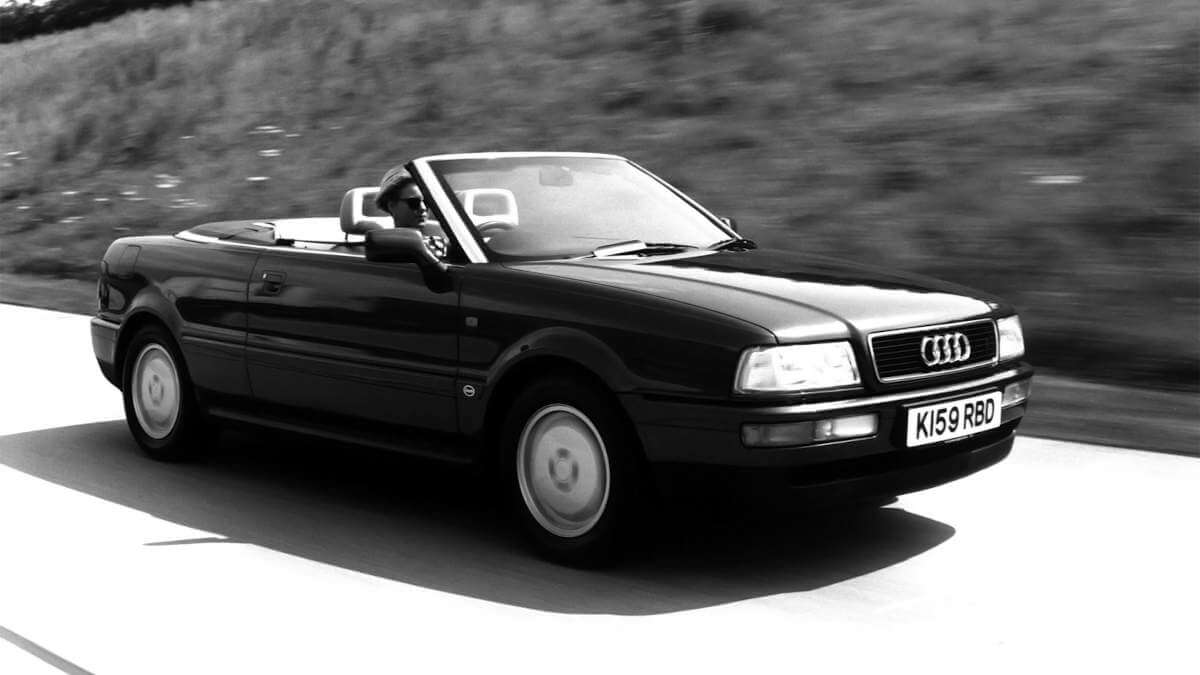 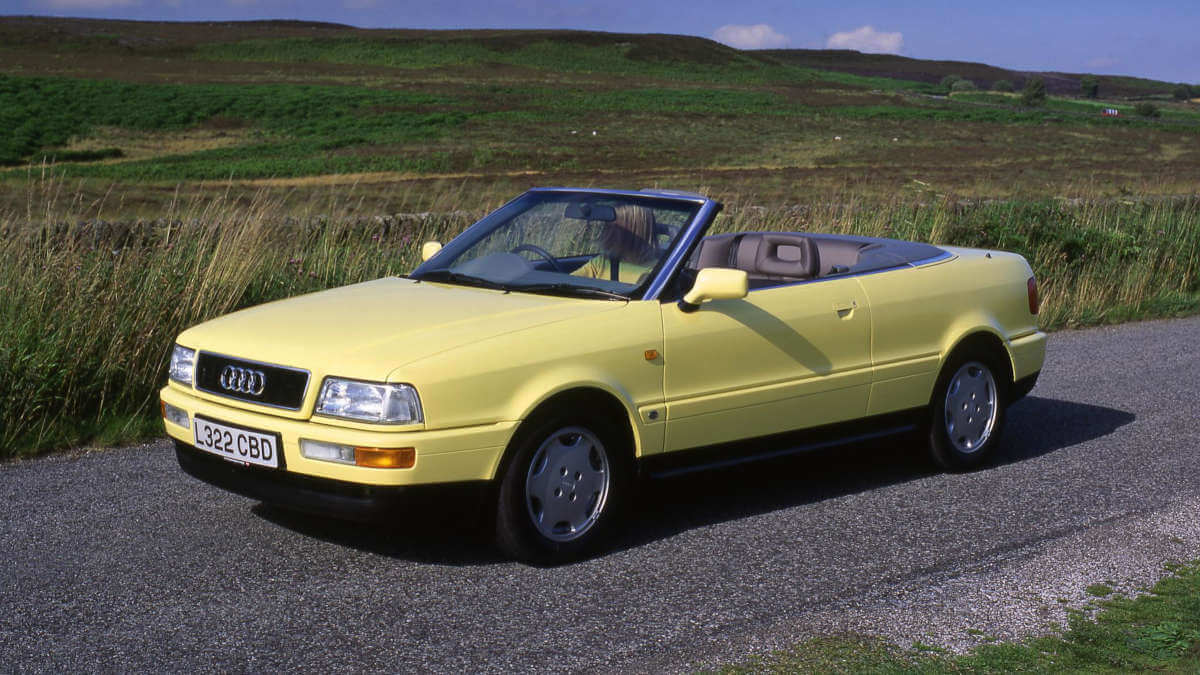 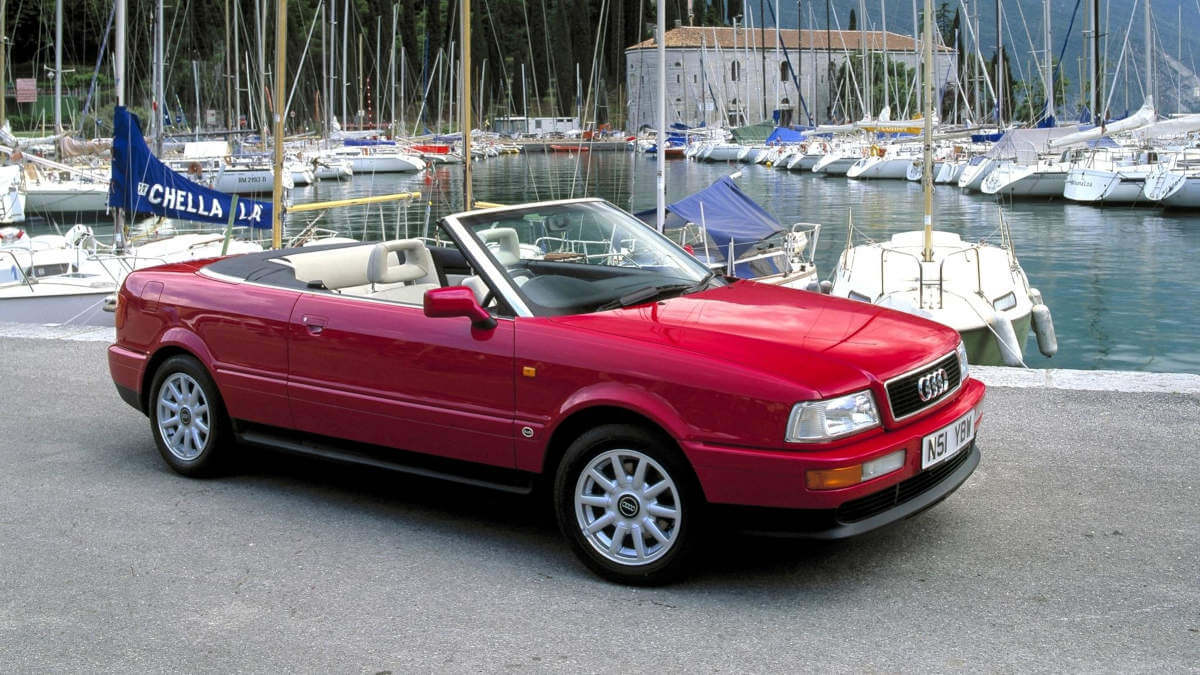 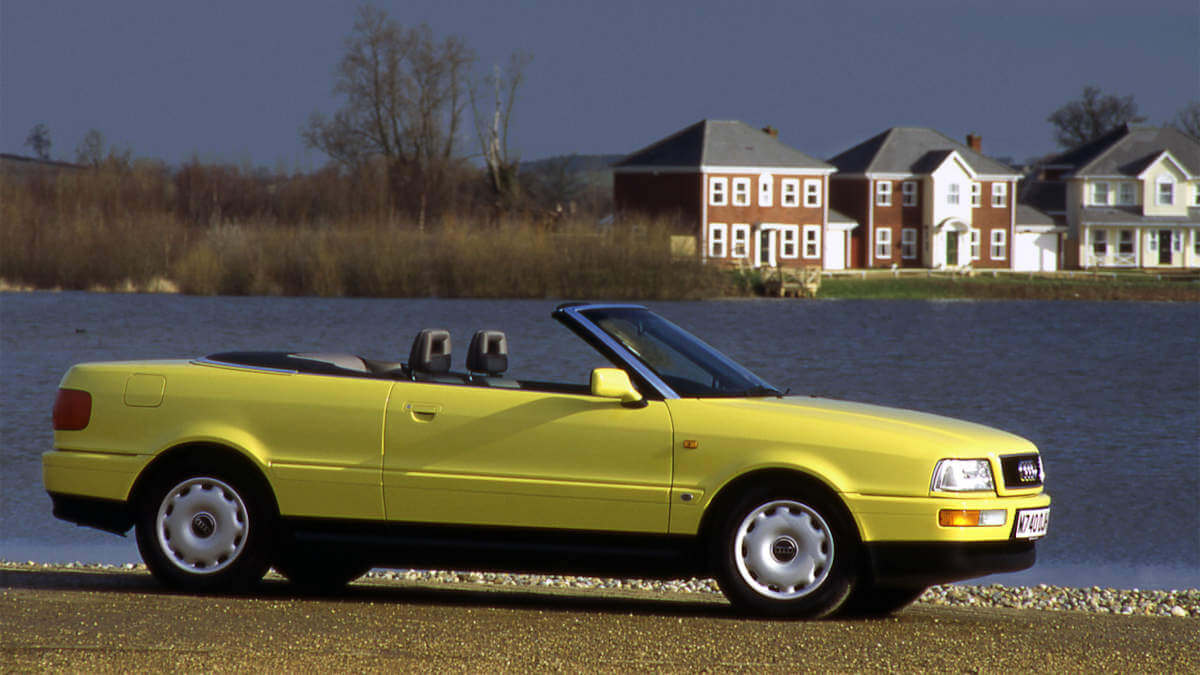 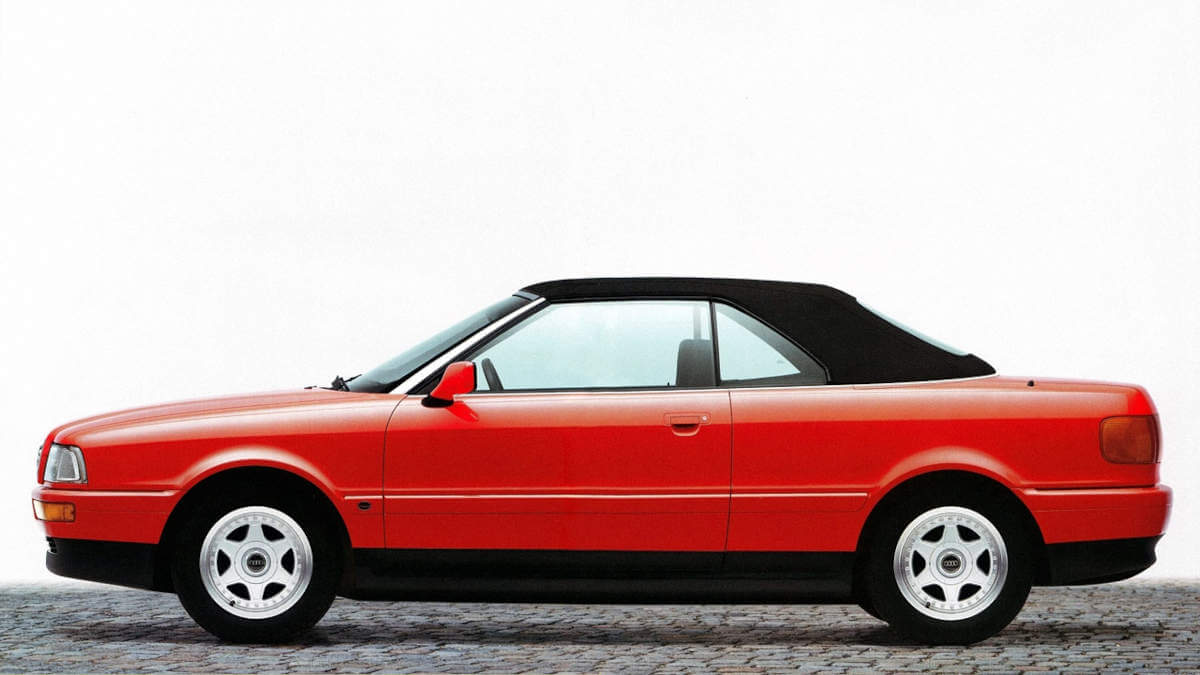 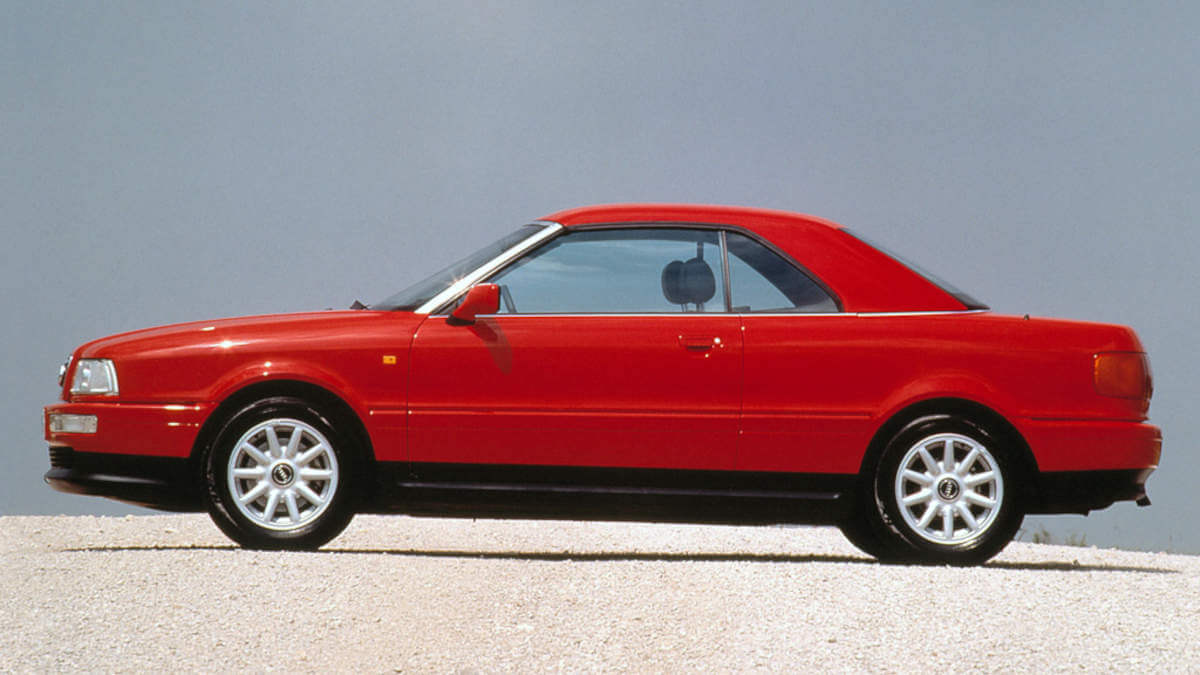 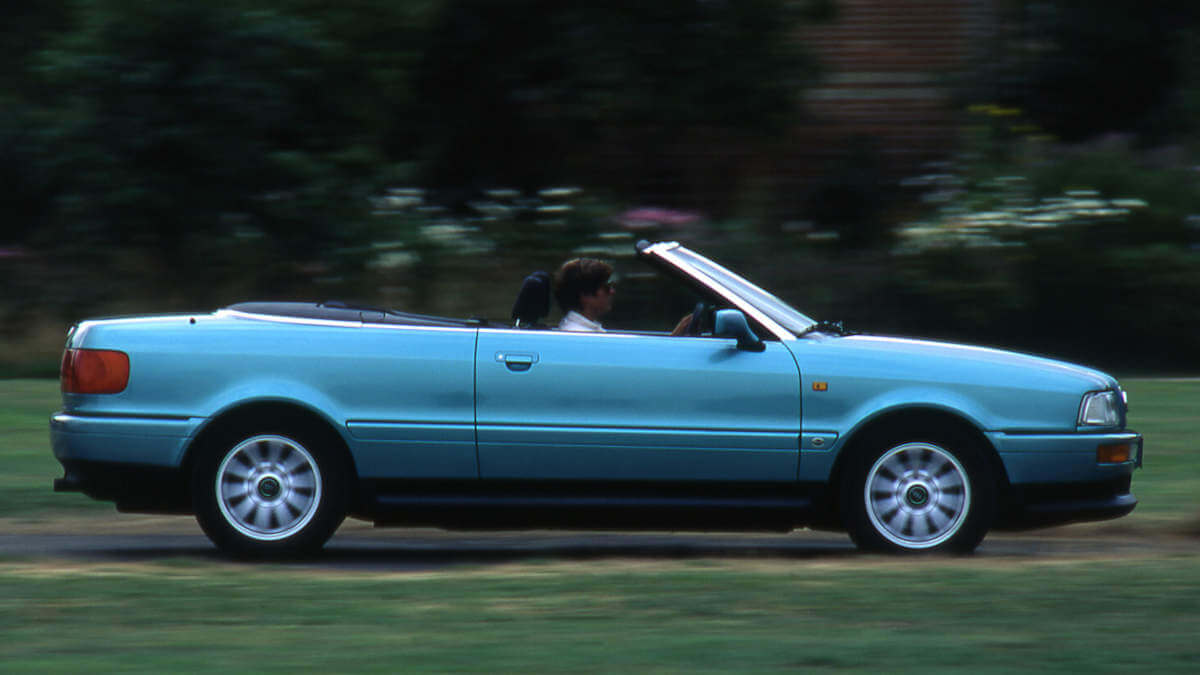 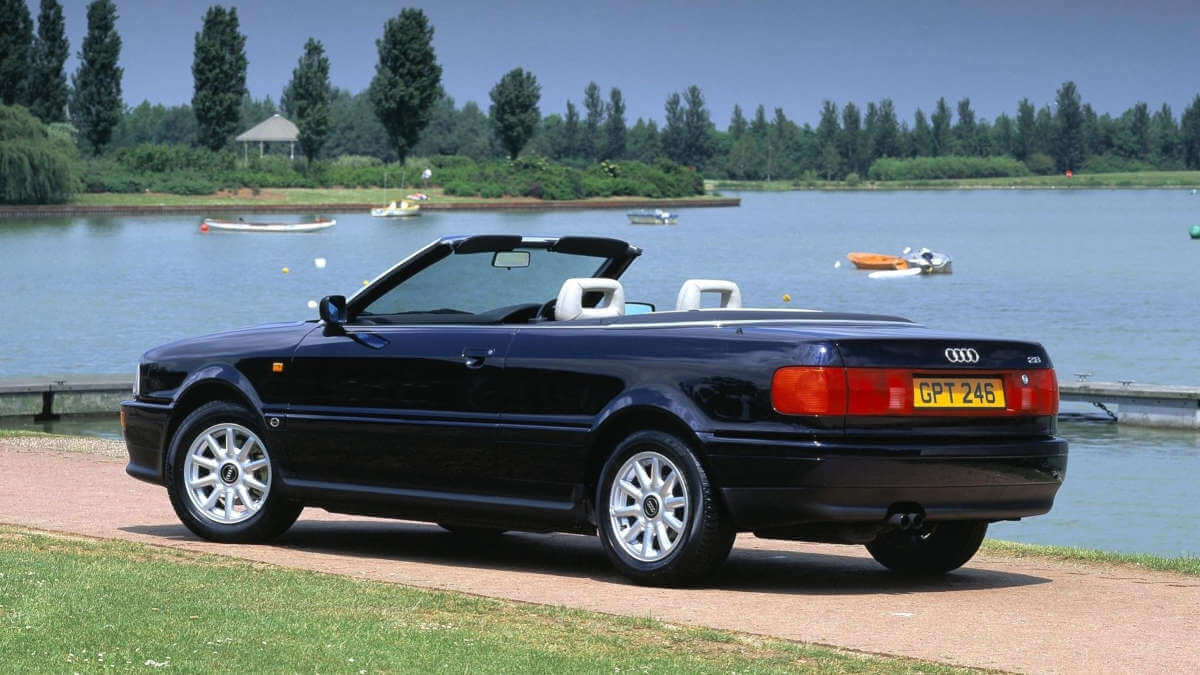 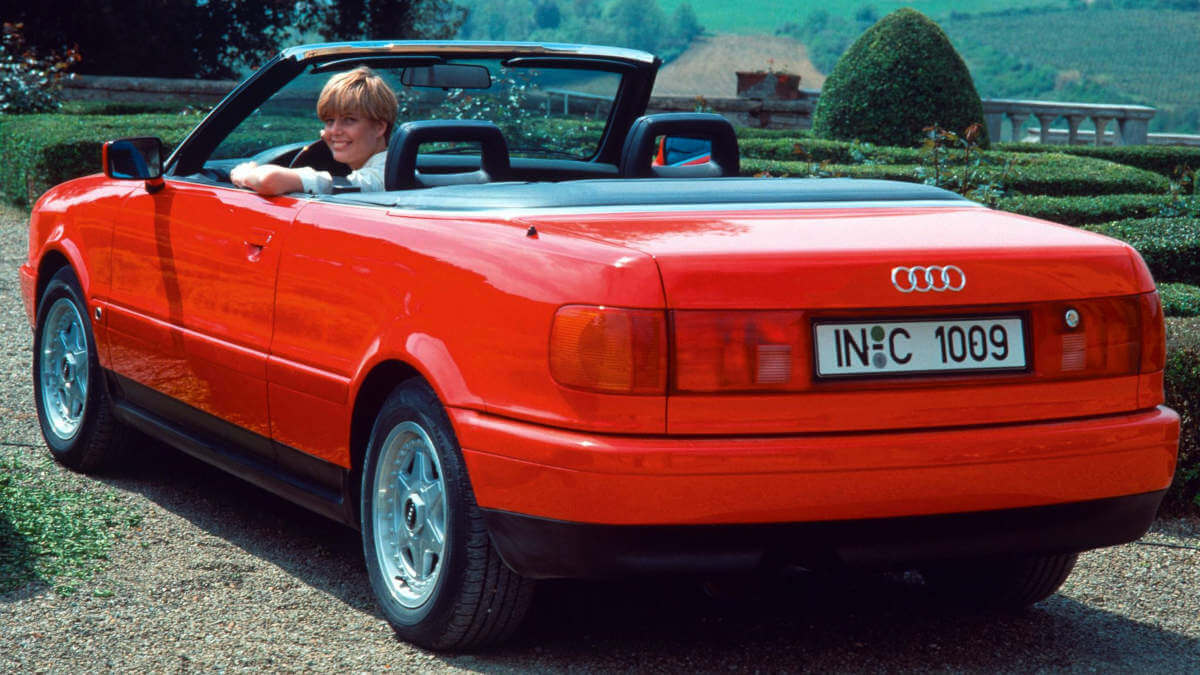 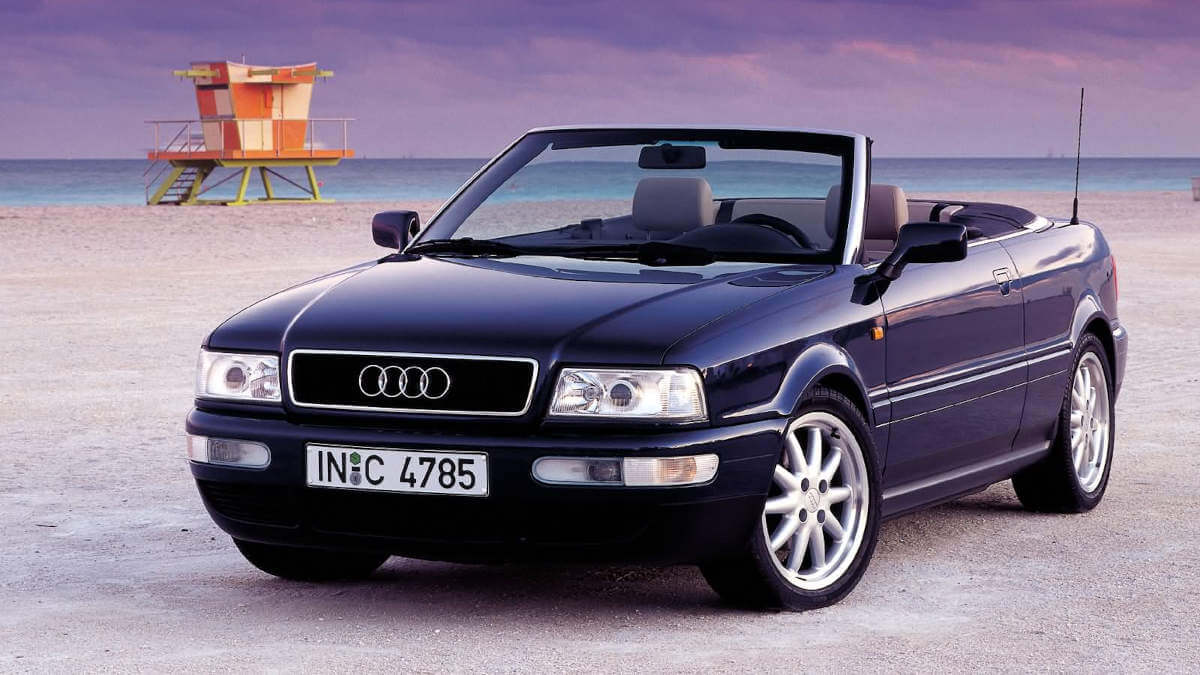 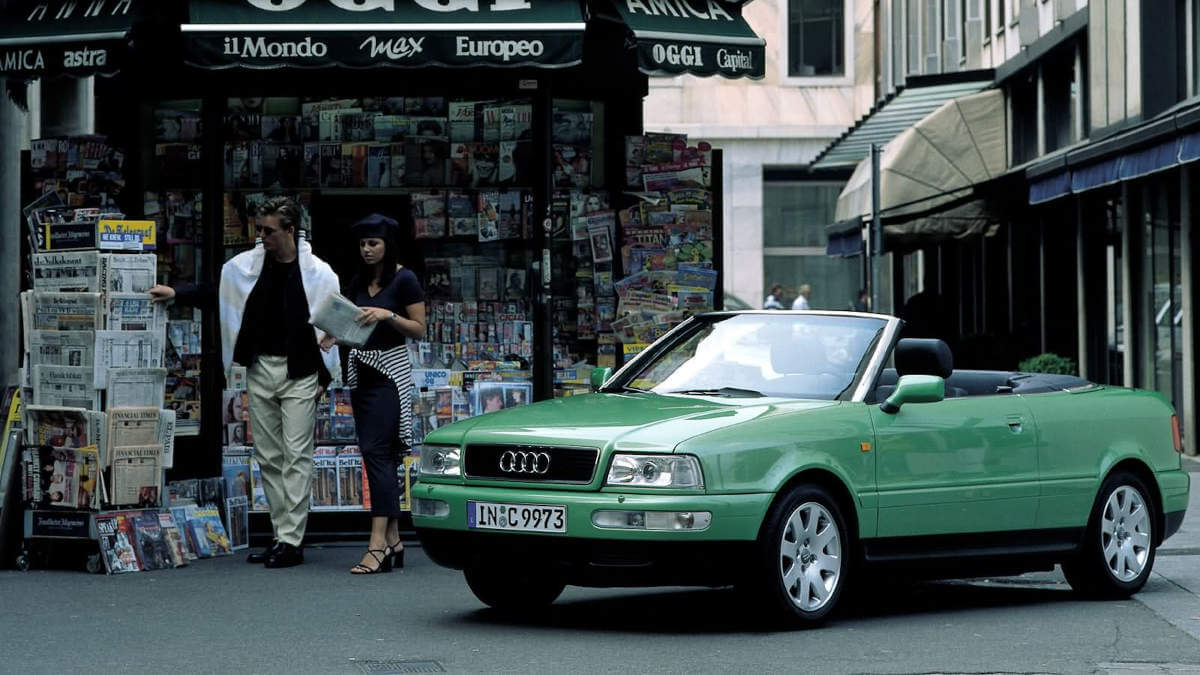 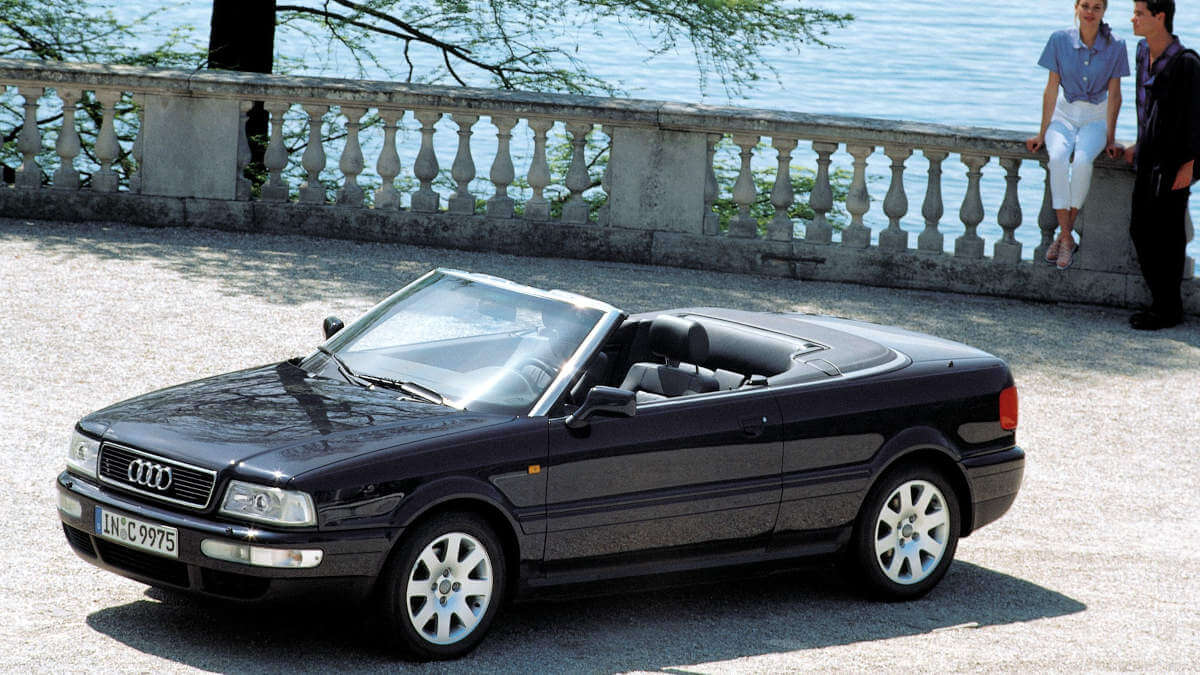 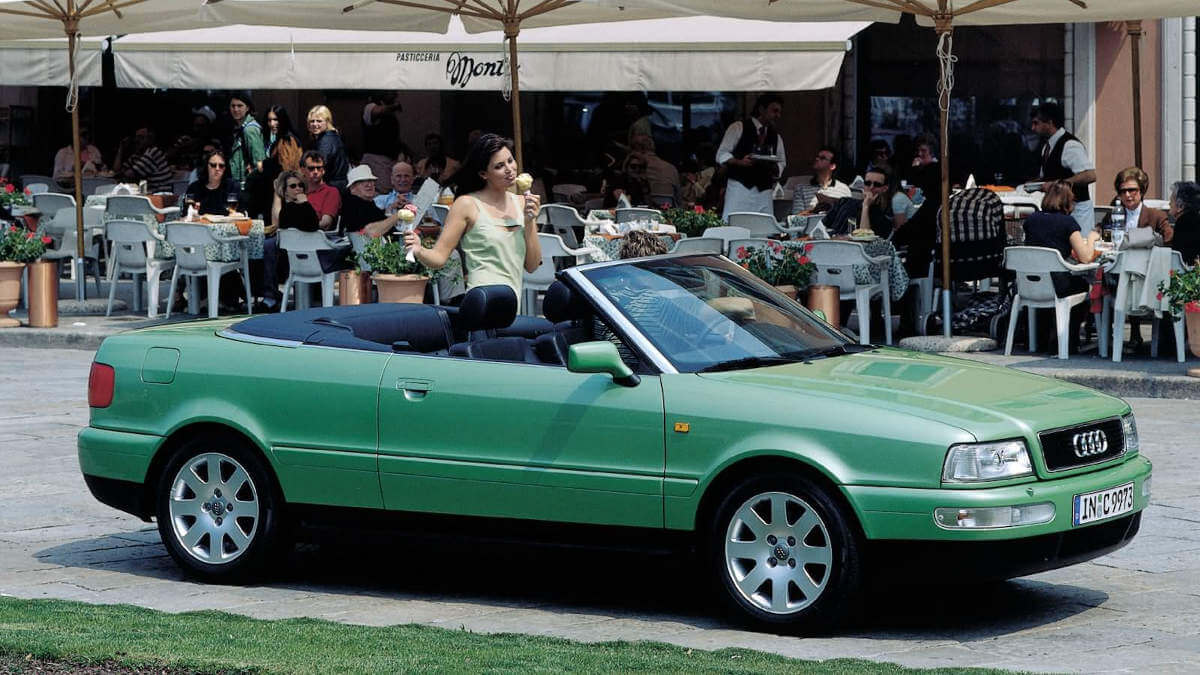 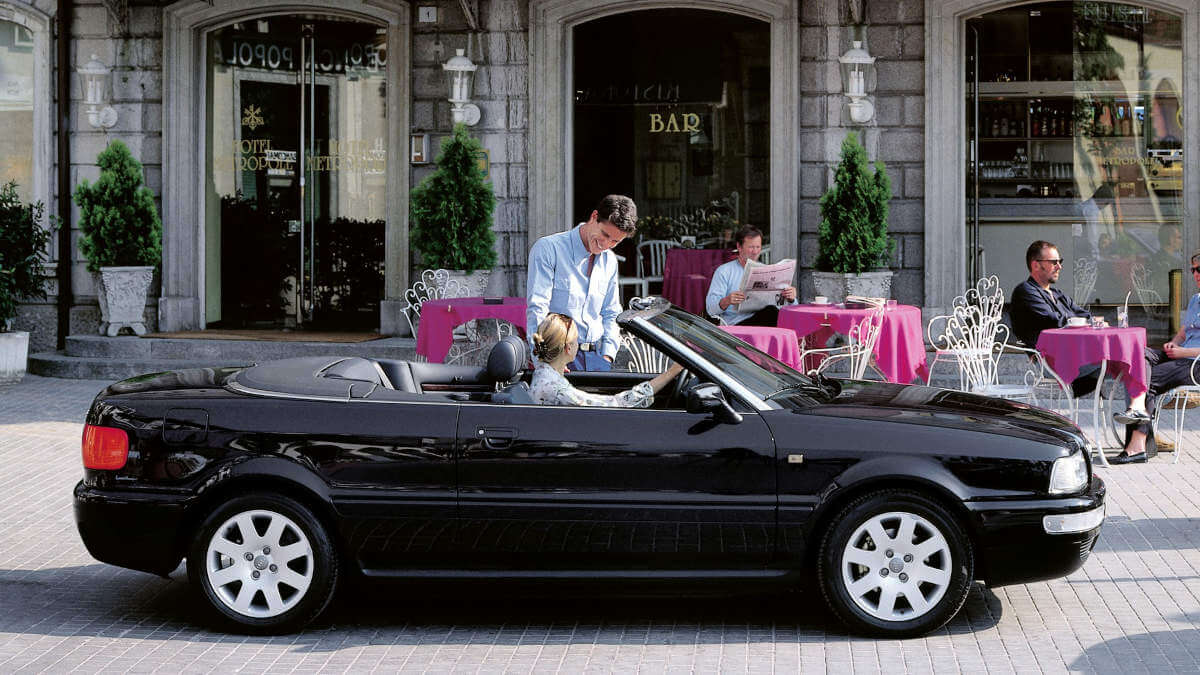 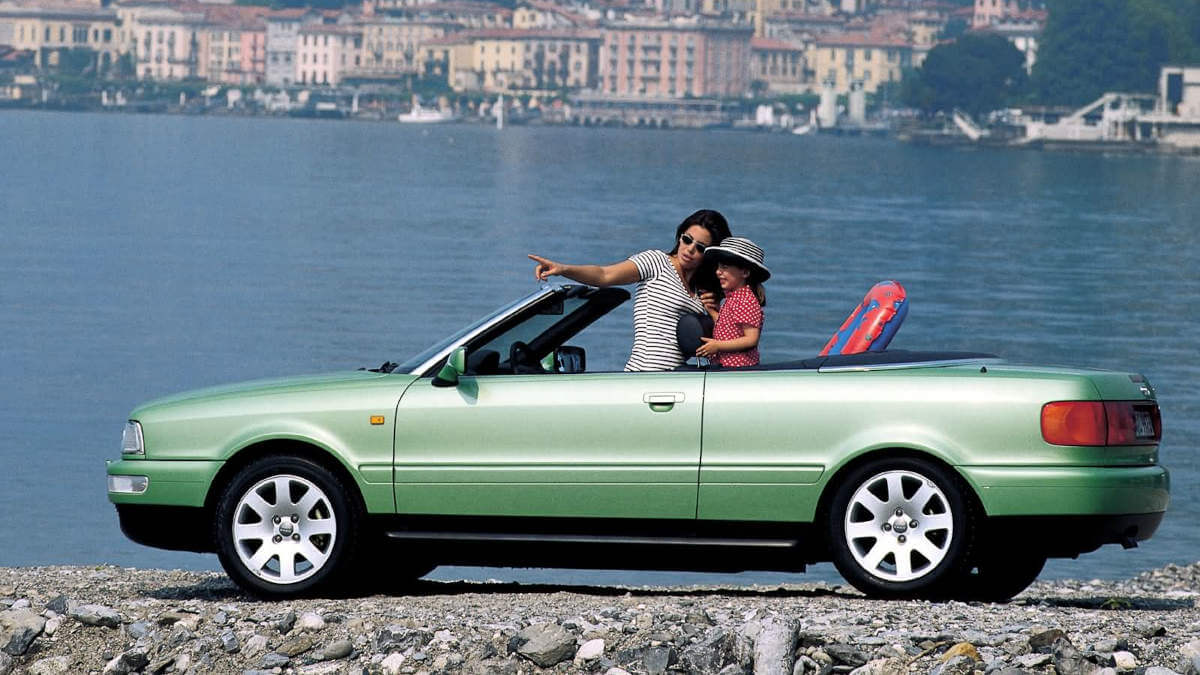 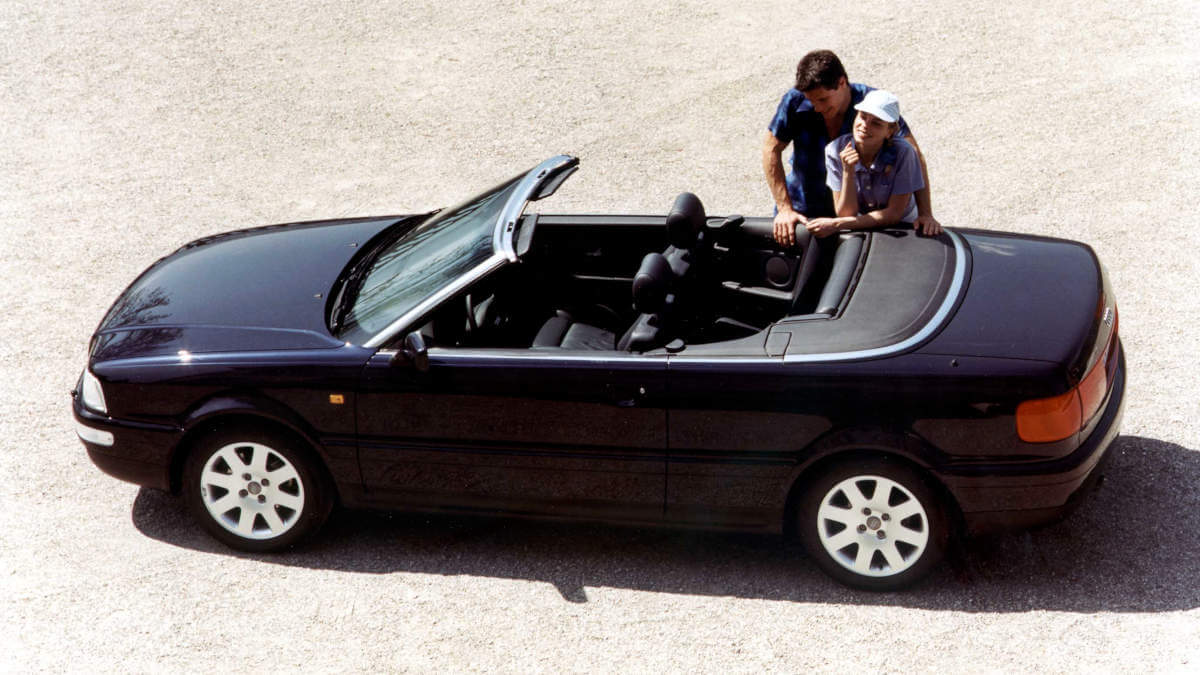 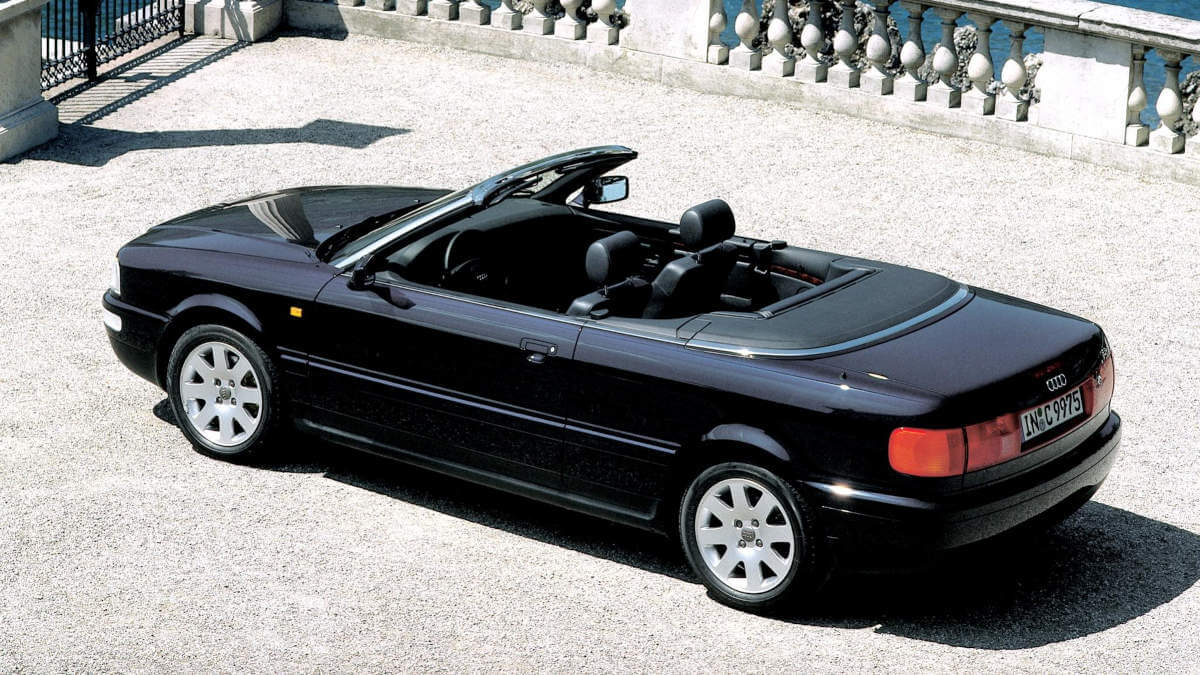 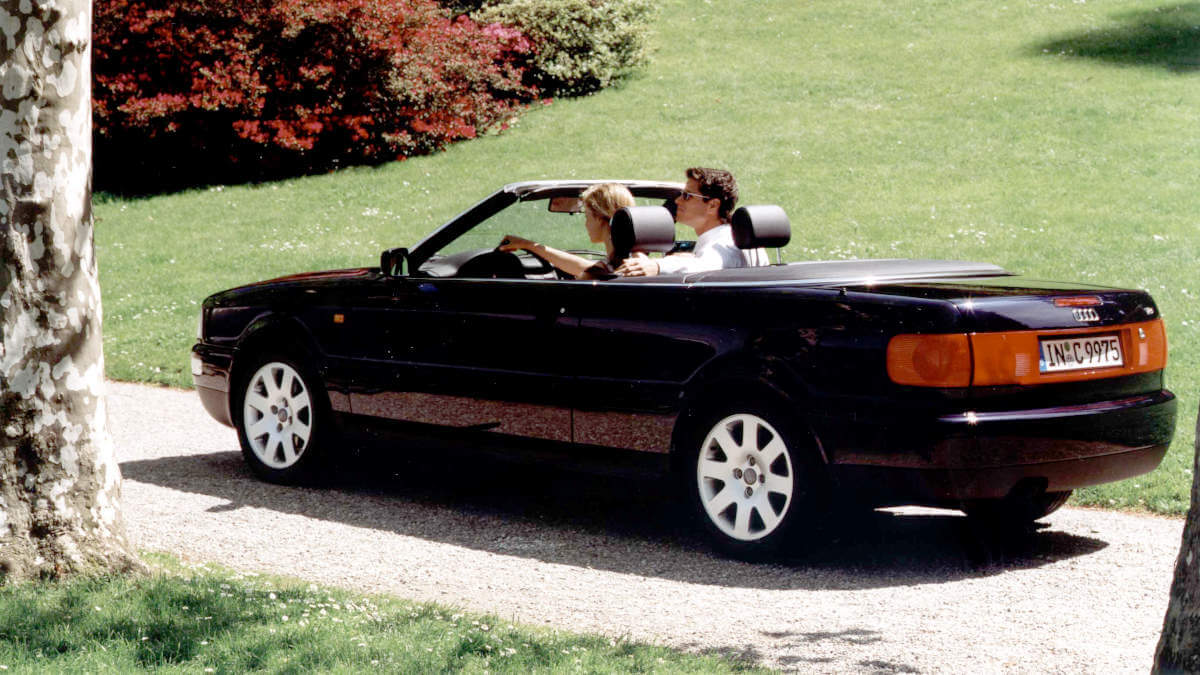 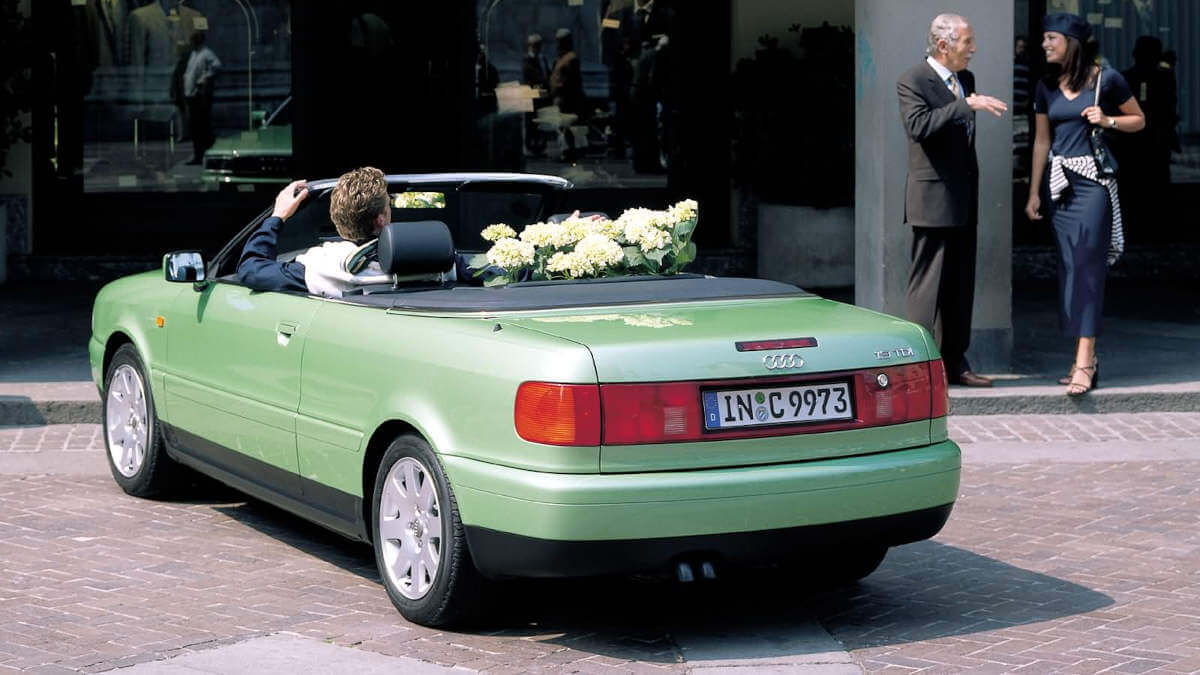 Seven engine variants including a turbodiesel

Initially, Audi relied entirely on a 2.3-liter inline five-cylinder engine with 98 kW/133 hp. This remained in the range until mid-1994. At the same time, the range of powertrains was successively expanded. The first of these was a 128 kW/174 hp V6 engine with a displacement of 2.8 liters in November 1992. This was followed in 1993 by a four-cylinder engine with 85 kW/116 hp from a displacement of two liters and a 2.6-liter V6 with 110 kW/150 hp. Two years later, not only the 2.0-16V engine with 103 kW/140 hp was added to the range, but also a turbodiesel engine with 66 kW/90 hp for the first time. Audi thus built the world’s first series-production convertible with diesel drivetrain. The 1997 facelift, which gave the Cabriolet new bumpers, modified headlights with two projection lenses each and a rounder radiator grille, was the last time a new engine was used in the car, with the 1.8-liter (92 kW/125 hp). Power was transmitted to the front wheels either by a five-speed manual gearbox or a four-speed automatic. A quattro all-wheel drive version was never produced in series.

Starting with the 1997 model update, Audi moved production of the Cabriolet from Ingolstadt to Karmann in Rheine. At that time, sedans and Avants of the B5 series were already rolling off the production line for two years, bearing the model name A4 for the first time. The B3 platform in the Cabriolet thus lasted one and a half times as long as in the original Audi 80. Production finally ended in 2000. In the USA, the last units rolled into dealers’ showrooms in 1998. There, the model series fell short of expectations, with only 5,445 units sold in five model years. A total of around 71,350 Cabriolets were built, of which several thousand are still on the roads of Europe.