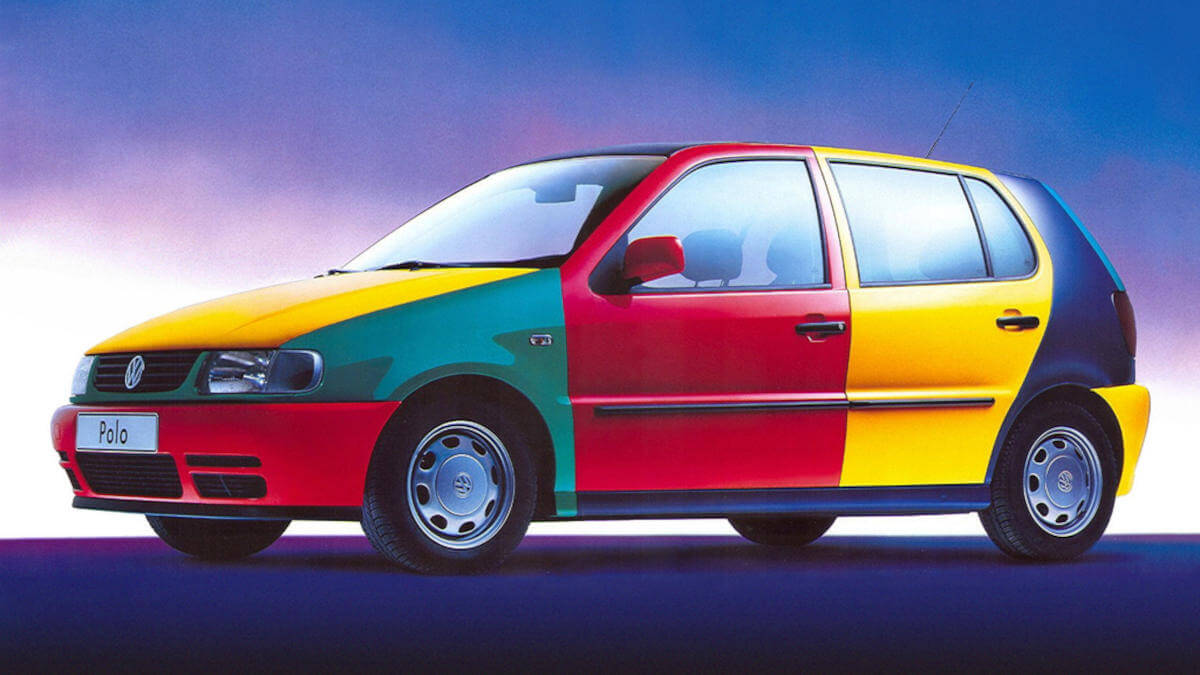 Close your eyes and think of an extraordinary special car model. Even if your thoughts immediately went to a particularly colorful vehicle, we are probably talking about the 1995 Volkswagen Polo Harlekin. It is interesting to note that VW never planned this special edition model in the first place. Actually, all they wanted to do in 1994 was to launch the then new Polo III (6N) well on the market and to present its wide range of individualization ex works well. For this purpose, a clear color scheme for the modular principle had been found for the brochures. Green symbolized ‘paintwork’, blue stood for ‘engines & chassis’, yellow for ‘interior’ and red for ‘special equipment’. A group of trainees came up with the idea of mixing exactly these colors on the bodywork of a fleet of ten new Polos in 1994. Another ten followed in early to mid 1995. All of them were then used for advertising purposes (“Small can be so versatile”) and for the dealer launch parties of the new Polo, triggering something that nobody had foreseen.

Many customers asked for colorful Polos

Contrary to any assumption, the advertising shots of the colorful Polo not only provided a better understanding of the possible equipment combinations. There were also a large number of customers who asked their local dealer or even directly at VW in Wolfsburg how they could buy such a colorful Polo. In the end, there were so many inquiries that VW’s marketing department sensed a sales market. The implementation was made easy and so the special edition Polo Harlekin made its debut at the IAA (Frankfurt Motor Show) 1995. Four cars were needed for each model. These were each produced in a single color in the paint colors ‘Chagallblau’, ‘Flashrot’, ‘Ginstergelb’ and ‘Pistazie’. After body assembly, they were removed from the production line and disassembled by hand in a former paint shop on the factory premises. 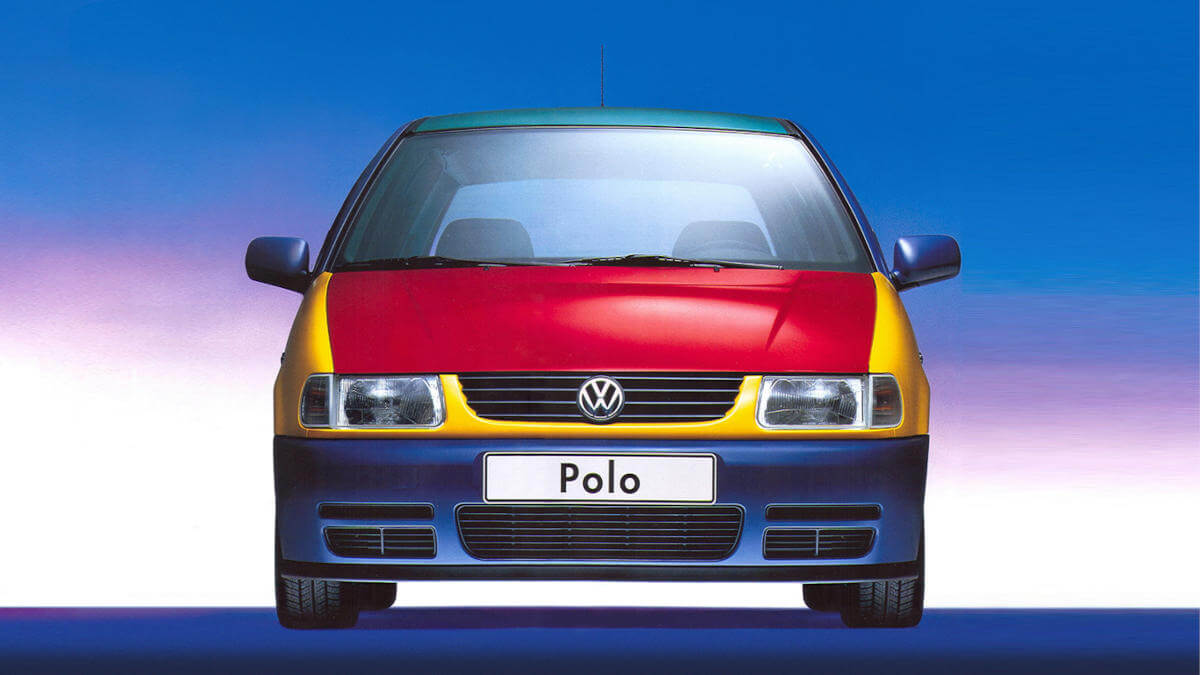 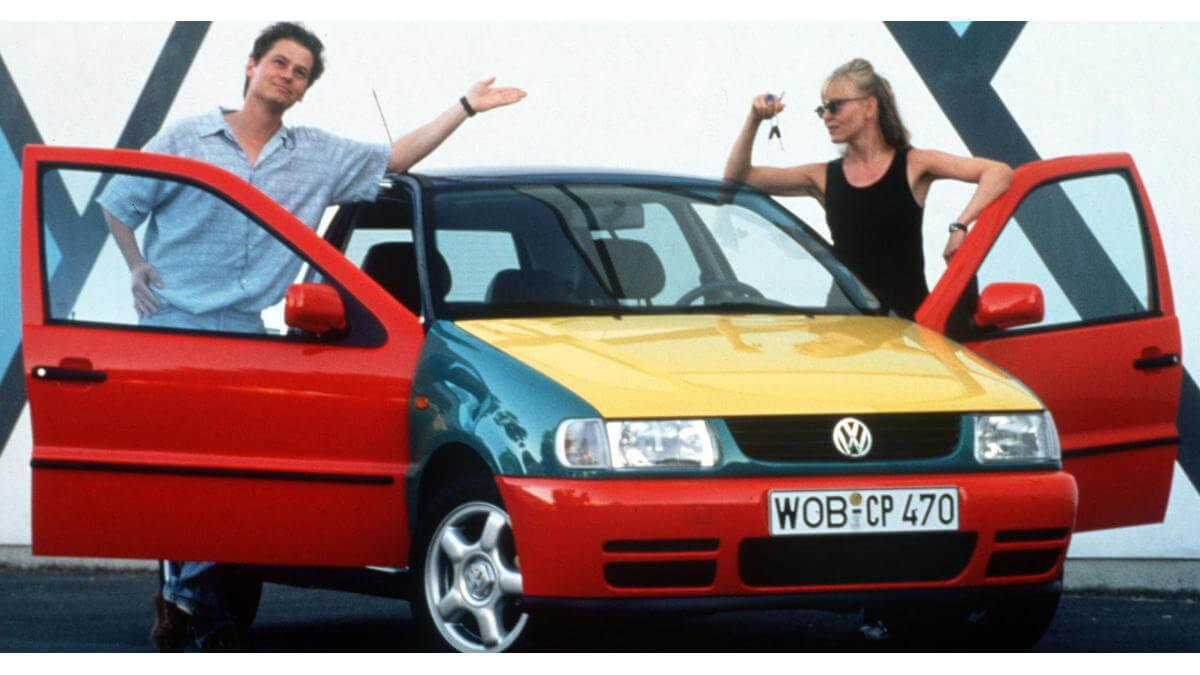 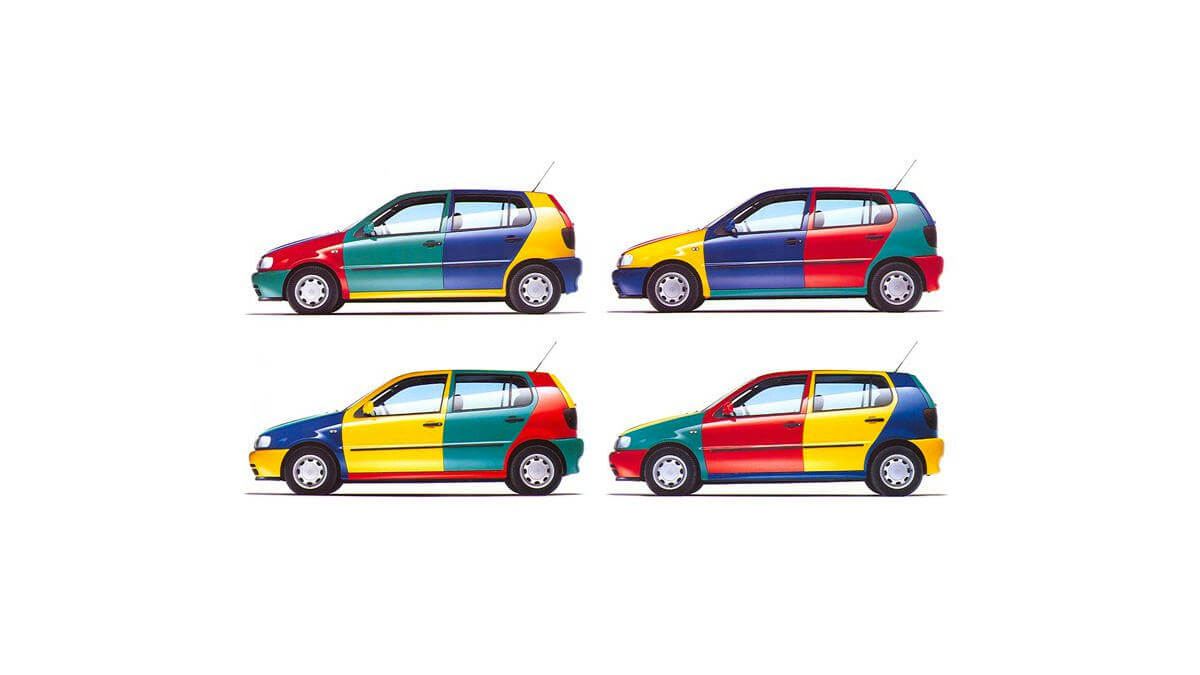 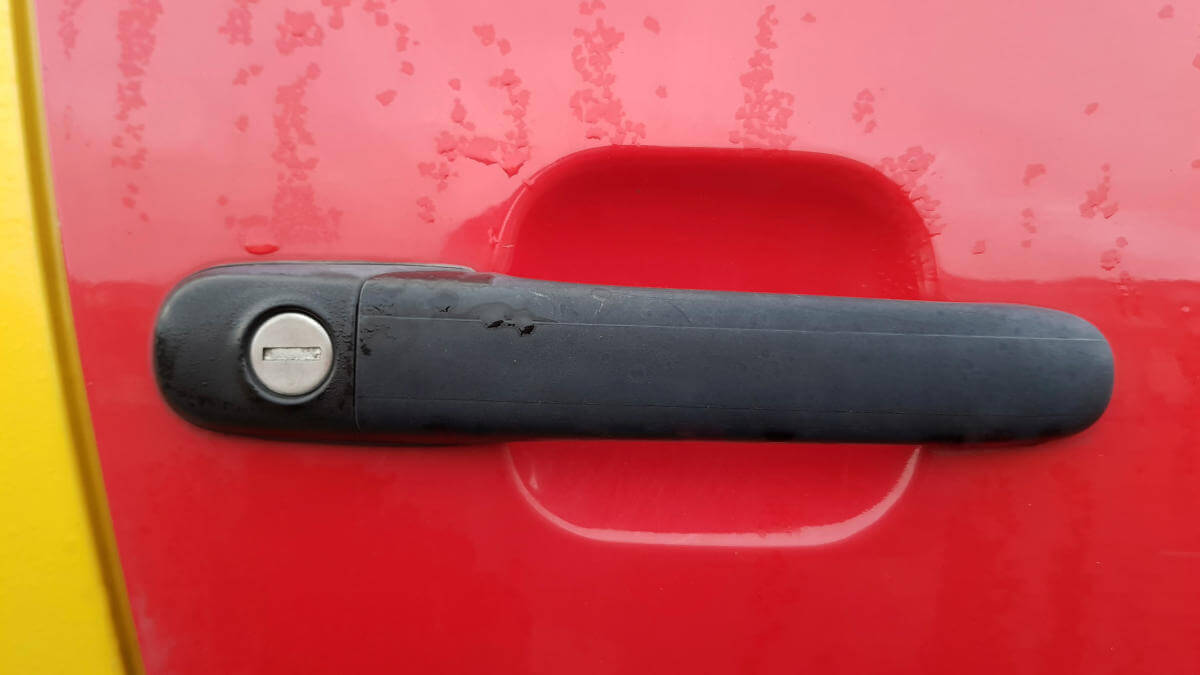 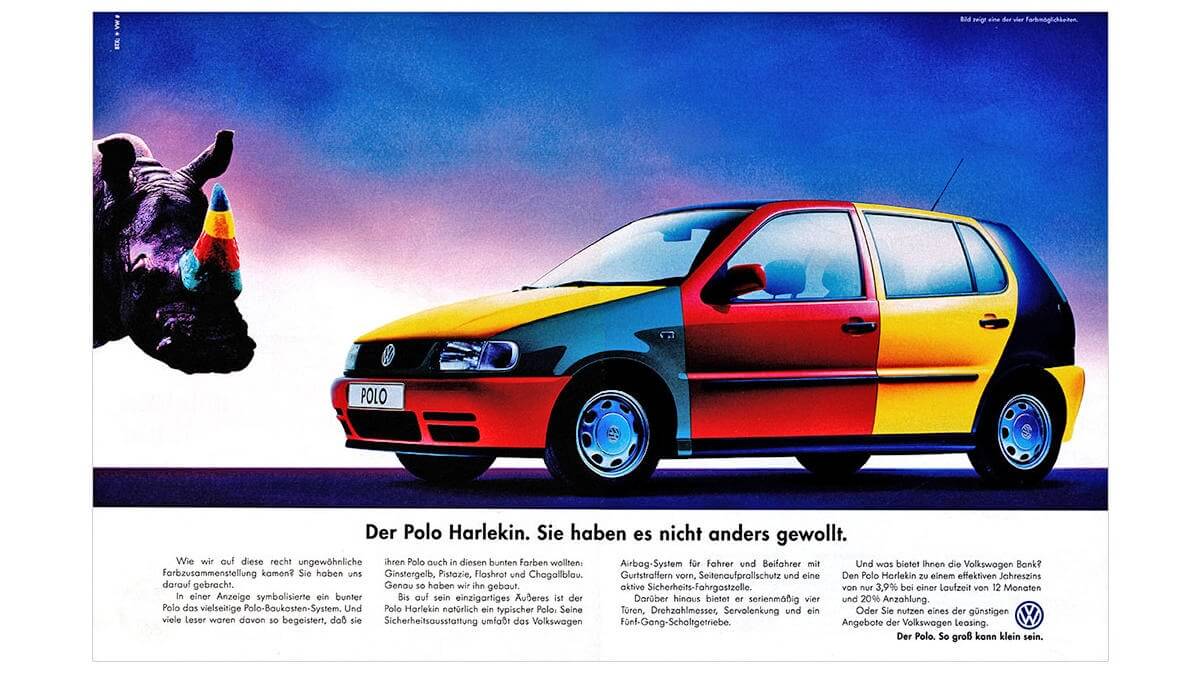 Afterwards, the bodies went back into production and were completed like the normal Polo model siblings.

Today, this exact color arrangement makes it easy to recognize possible replicas. However, some of the original twenty advertising vehicles also ended up in customer hands and show different color distributions. In these pre-series models, even the C-pillars were painted in a different color than the roof. In series production the front turn signals got white covers and the taillights dark ones (not on the right-hand drive versions). Inside, unique upholstery fabric in ‘harlequin’ design and a blue steering wheel rim were used. The Harlekin lettering was found above the gearshift pattern on the gearknob. While these perimeters were fixed, as were the four doors, customers had no choice which of the four possible exterior versions they would receive. This was for production reasons and was accepted by all customers. The new price was at least 22,795 DM in Germany. Engine range was from 45 up to 75 hp.

Starting in fall 1995, Volkswagen placed a new advertisement in Germany with the text line: “The Polo Harlekin. They didn’t want it any other way.” Originally, only 1,000 copies of the Polo Harlekin were to be produced. The corresponding customers received a numbered certificate and a numbered key ring with their car. However, the demand continued and in the end, including some export versions, there were more than 3,800 vehicles produced up to 1997 – from number 1,001 onwards without certificate and key ring. Of these, McDonald’s raffled 500 in a prize draw on the occasion of their 25th anniversary in Germany. In Mexico a production of 100 Beetle Harlekin followed and in the USA there was a special edition Golf III Harlekin limited to 200 units.