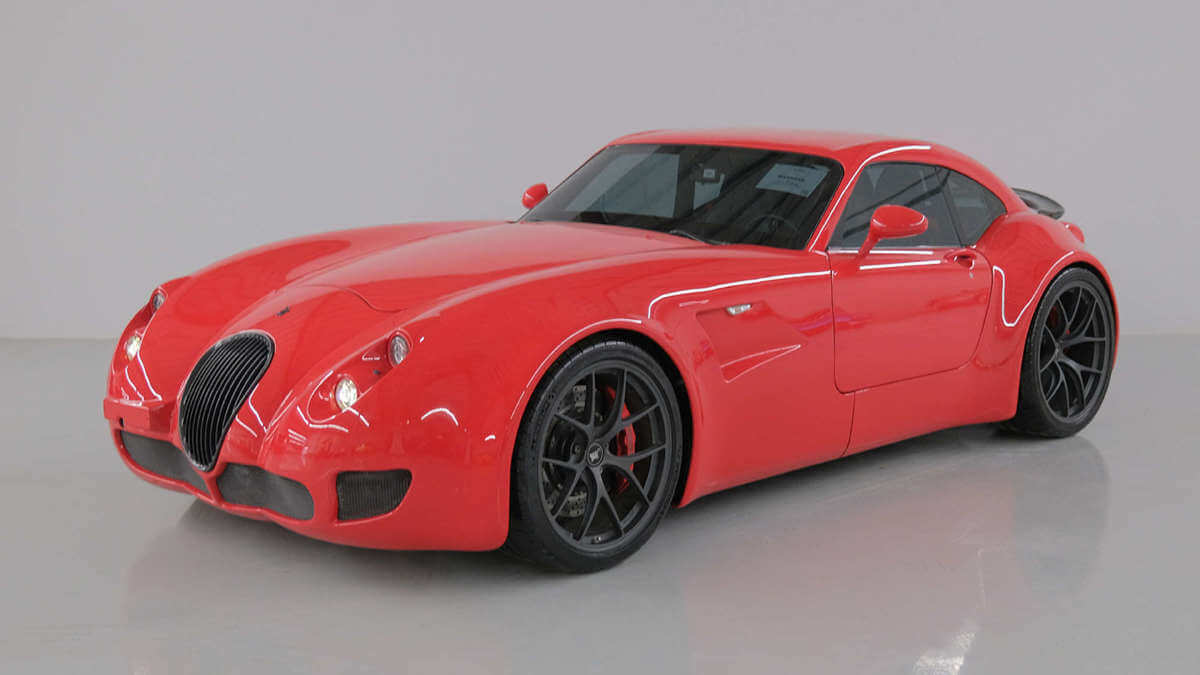 Since 2014, there has been little news from the German sports car brand Wiesmann. Due to an insolvency, no new vehicles roll out of the hall with wooden Gekko on the roof, which stands on the outskirts of Dülmen in the Münsterland region. Although there were a few announcements from the new owner that a new model is in preparation, there hasn’t been any world premiere until now. This means that the approximately 1,500 existing vehicles from the period between 1993 and 2013 are the only opportunity to enjoy a Wiesmann sports car. The MF5 GT was in the absolute top position. This model series made its debut in 2007 during the IAA at the Wiesmann dealer in Frankfurt. It took around one and a half years before series production began. As with the MF4, a bonded and riveted aluminium chassis lay beneath the body made of glass-fiber-reinforced plastic. For the smaller MF3, Wiesmann used a tube frame.

Technically, the brothers Friedhelm and Martin Wiesmann continued to use BMW components for the MF5. Only the best was good enough for the flagship. The five-liter naturally aspirated V10 engine with 373 kW/507 hp and 520 Nm of torque was taken over from the M5 (E60/E61) and M6 (E63/E64) series. The automated SMG III transmission with seven gears, the ABS and a few other driver assistance systems also came from the M6. Steering components came from the smaller 3 Series with the internal model codes E46 and E90. All around, 19-inch wheels with 265/35 ZR 19 tires at the front and 325/30 ZR 19 tires at the rear were used as standard. When BMW retired the E60, E61, E63 and E64 series and thus also discontinued production of the V10, Wiesmann switched in parallel to the V8 biturbo engine from the X5 M. This produced 408 kW/555 hp from 4.4 liters of displacement, which was transmitted to the rear wheels via a six-speed automatic transmission. 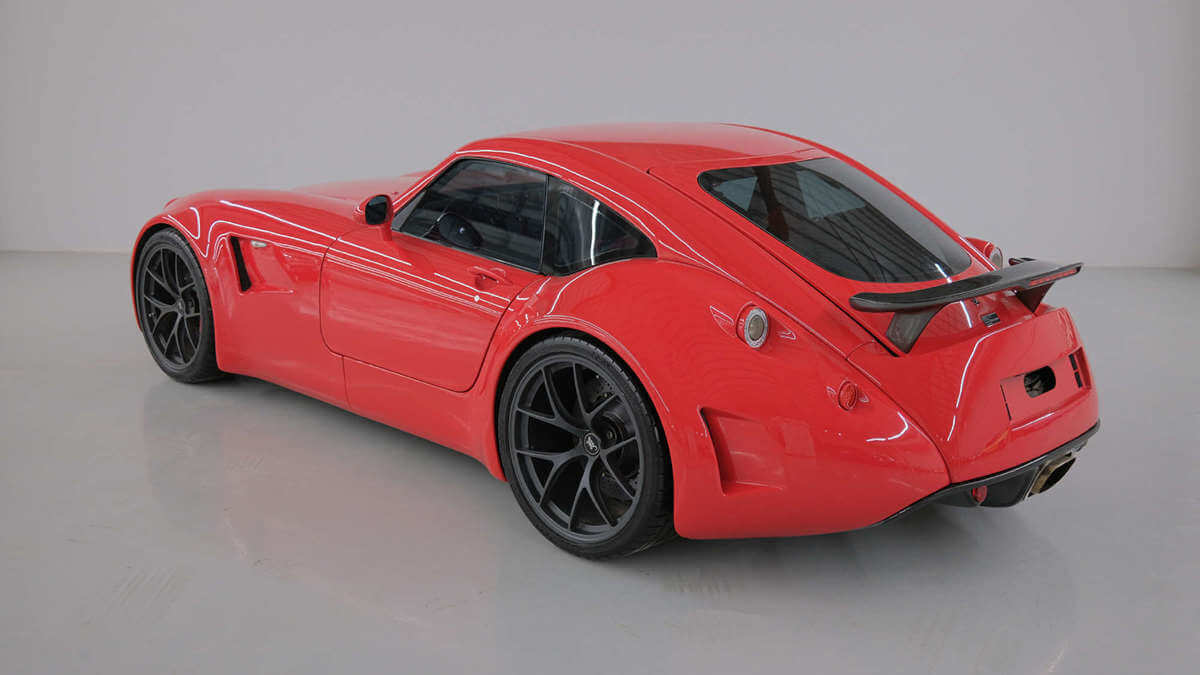 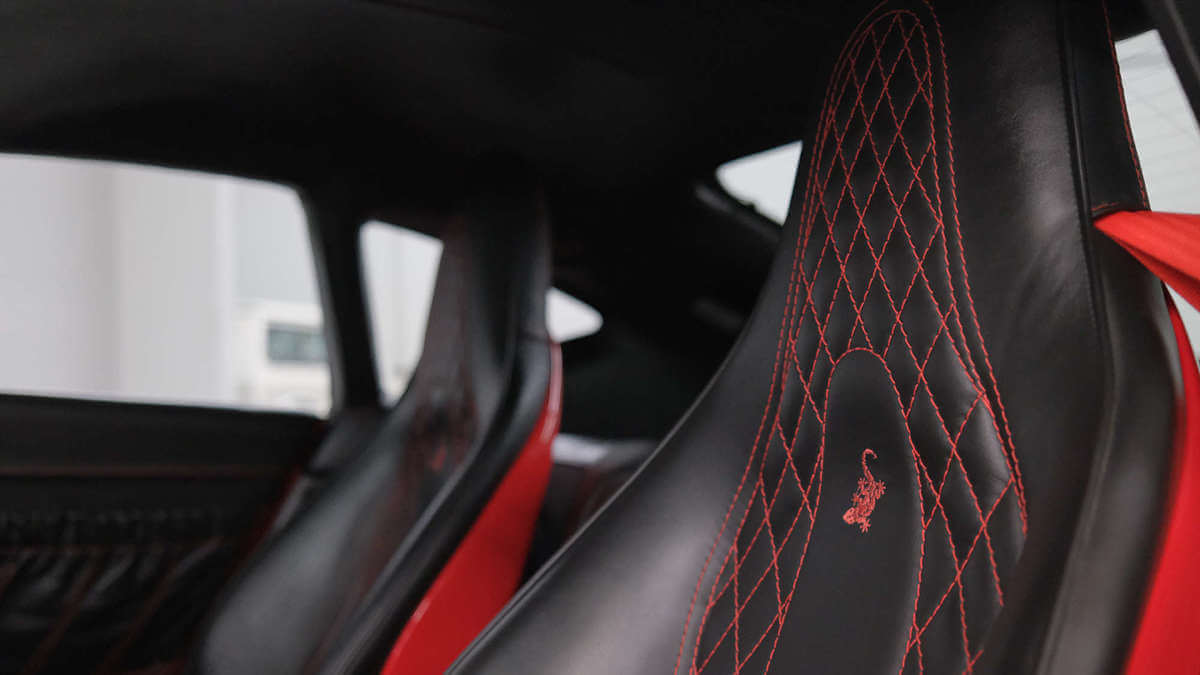 The Coupé was followed by the Roadster

Initially, the Wiesmann MF5 GT was only available as a Coupé. Wider fenders, a modified front spoiler lip and a fixed rear wing clearly distinguished the car from the less powerful MF4 GT. Incidentally, the first 30 production cars of the MF5 GT had chassis numbers of its smaller brother. It wasn’t until number 031 that a separate number range began. The last MF5 GT with the V10 engine was numbered 056, and the V8 biturbo engine was subsequently fitted in just 22 cars. In September 2009, the Roadster version finally made its debut at the IAA in Frankfurt. For this car, Wiesmann used an electrically extendable rear spoiler for the first time, which generated more downforce at higher speeds. Since it was already foreseeable at the time of the premiere that the V10 engine wouldn’t be available for much longer, Wiesmann limited the MF5 Roadster to 55 units. However, due to the long production times and the fact that new EU registrations were no longer possible from 2011, only 43 were produced, followed by 63 cars with V8.

Due to the low production numbers, Wiesmann MF5s rarely come under the hammer at auction. Silverstone Auctions is now offering an MF5 GT as part of the Seven Concours in Riyadh, Saudi Arabia. The red-painted example with black accents bears chassis number 053, making it one of the last cars with the V10 powerplant. There are only around 8,000 kms of mileage on the clock. So the previous owner very rarely took a seat on the sports seats in black leather with red stitching. Hopefully, the next owner will show the car more beautiful country roads. We can guarantee the broad grin on the face.