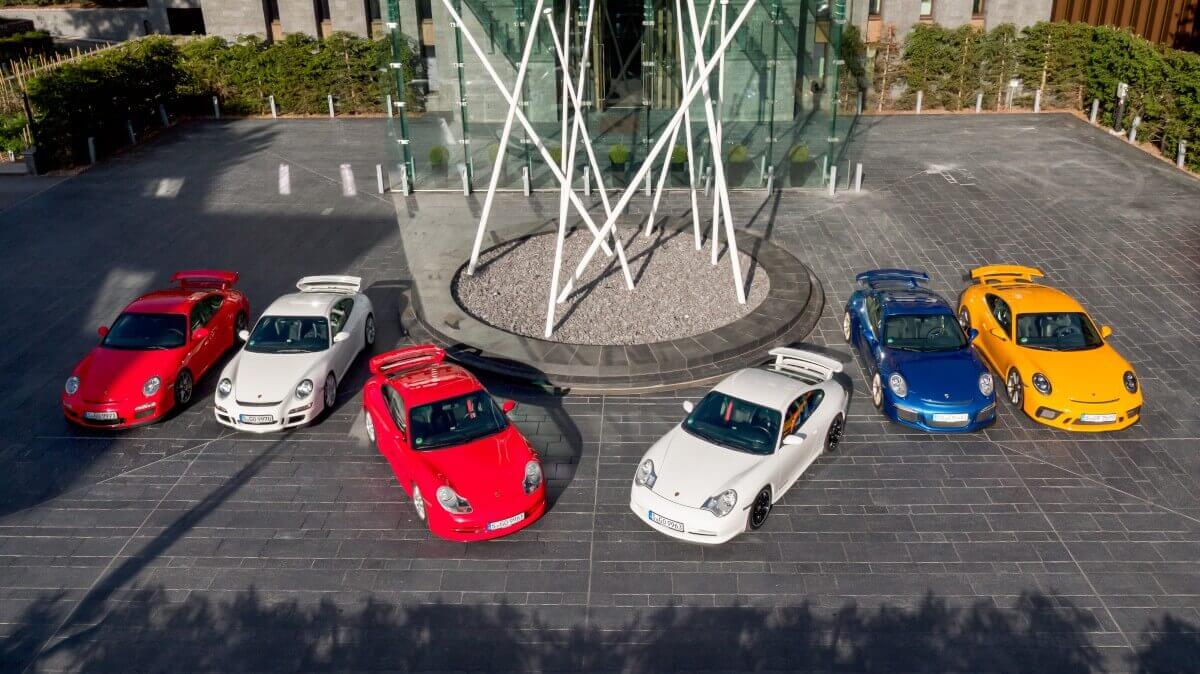 The Porsche 911 was always placed close to motorsport. Some models may be a little further away (Targa, Cabriolet) than others (S/T, R, Carrera RS 2.7, Carrera RS 3.0, RS), but all are fun to drive on the race track. Nevertheless, in 1999 the company management decided to add a new variant to the range, in which the proximity to racing is not only marketing, but remains tangible for the customers. The very first 911 GT3 based on the then current 996 series debuted at the Geneva Motor Show. Roland Kussmaul and Walter Röhrl, two absolute experts, were involved in the previous, protracted development process. But also the rest of the team of the test and development center in Weissach delivered a proof of their know-how with the GT3 – and continued to do so with every new model generation. The GT3 has been a constant companion to the Porsche scene for 20 years and has become ever faster, more dynamic, more precise and at the same time more mature in the six model generations so far. It has retained three attributes: naturally aspirated engine, manual gearbox and rear-wheel drive.

Over the years, various racing versions have been developed from the road-legal GT3. In addition to the vehicles for the in-house Porsche Carrera Cup and Super Cup, there were also offshoots with abbreviations R, RS and RSR for the World Sports Car Championship, the IMSA Championship in North America and other championships all over the world. Class and overall victories at the 24 Hours of Le Mans, the 24 Hours of Spa-Francorchamps, the 24 Hours of Daytona and the 24 Hours of Nürburgring speak for themselves. In the course of time, around 80 percent of all road-legal GT3s built also were and are driven on race tracks around the world in order to give their owners a lot of pleasure. If, however, you prefer to let off steam on winding country roads, the GT3 is no less suitable. 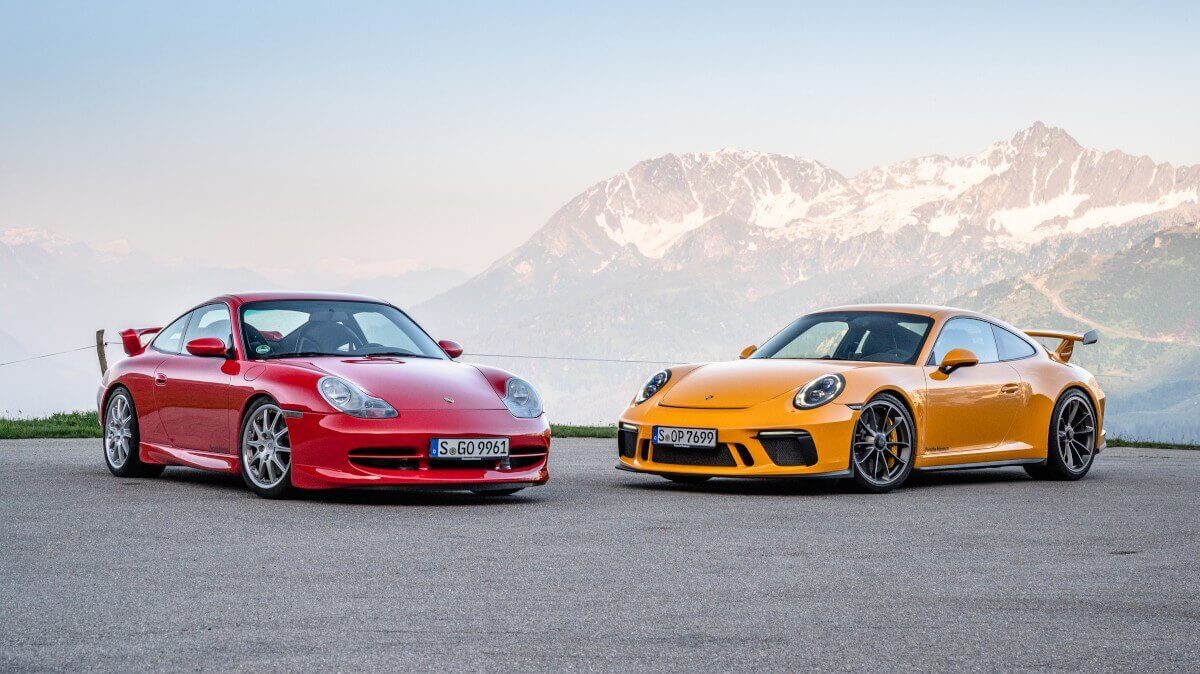 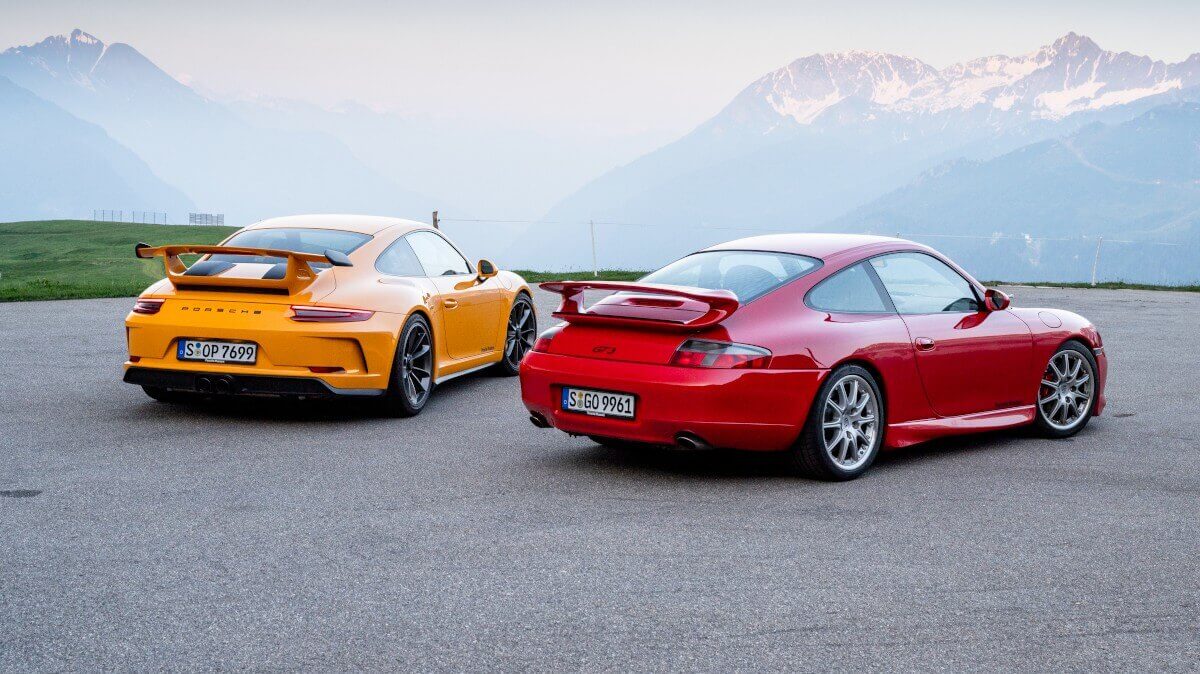 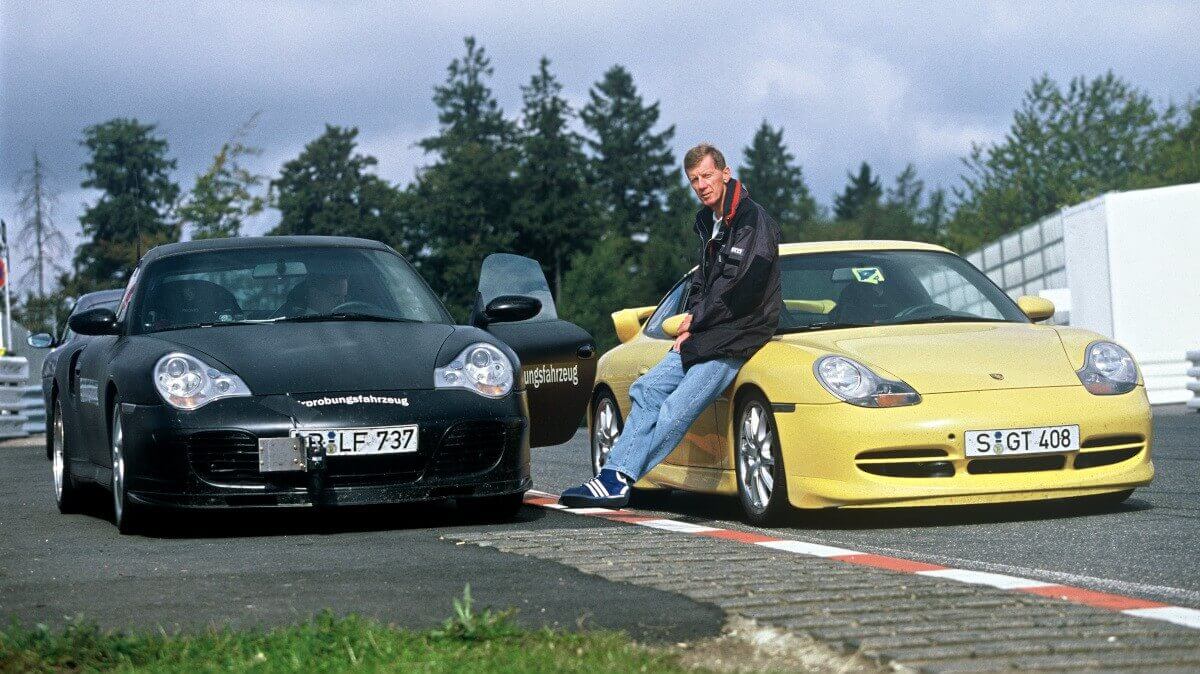 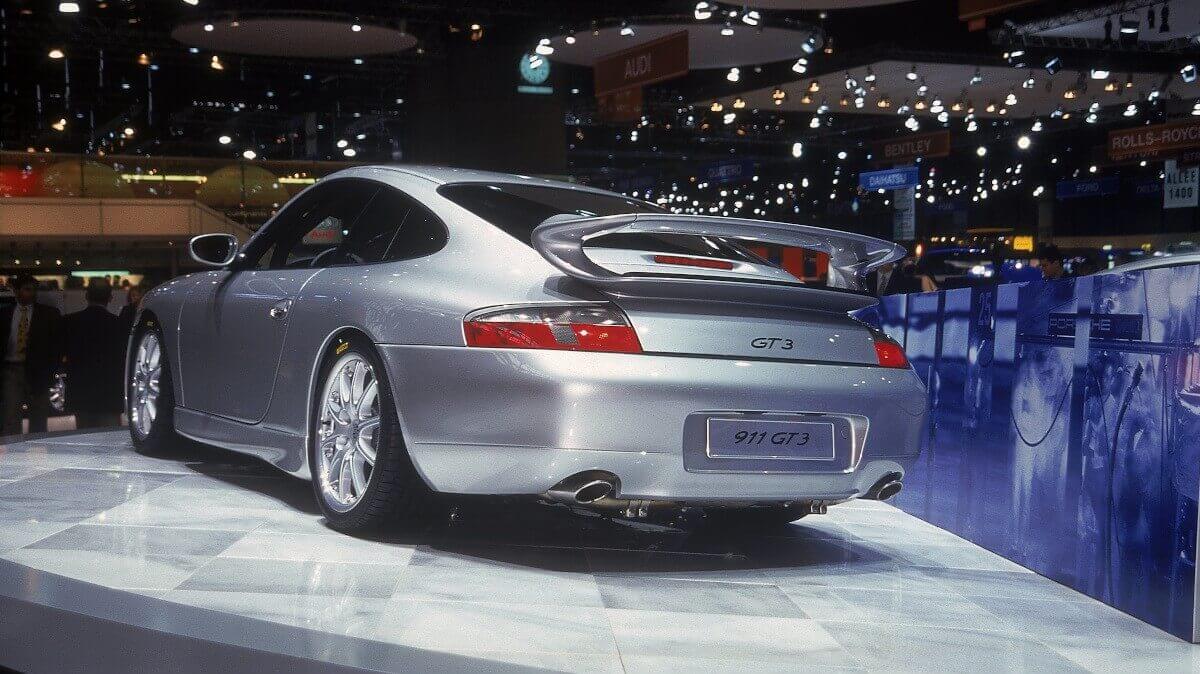 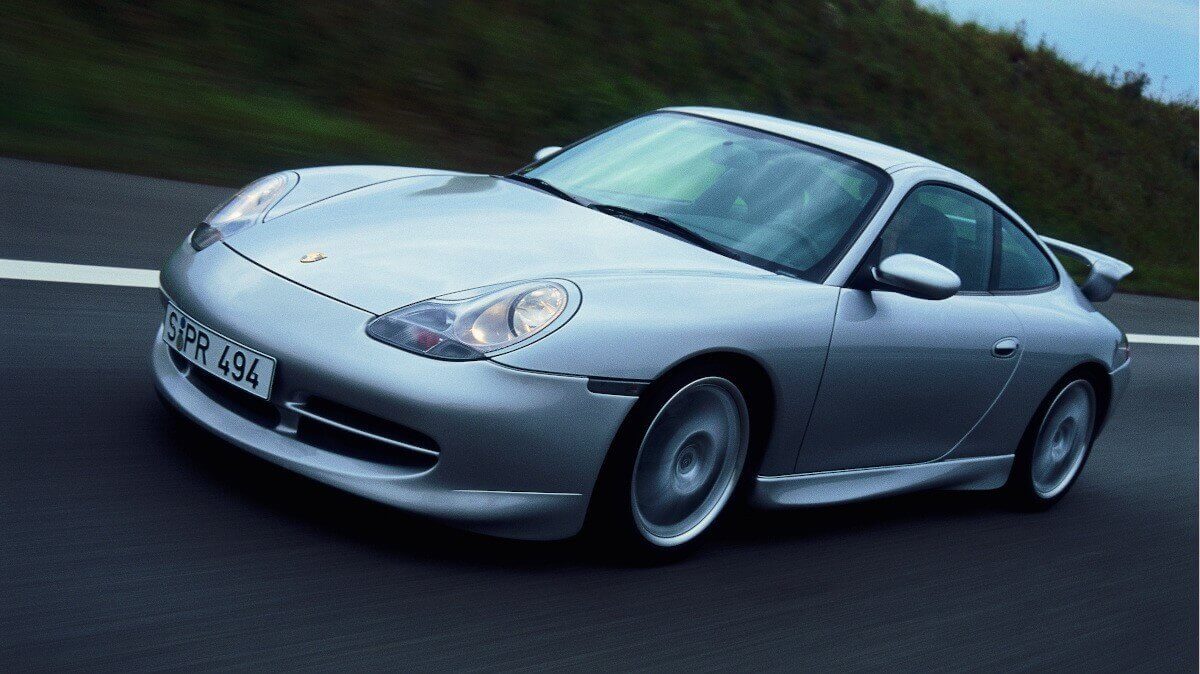 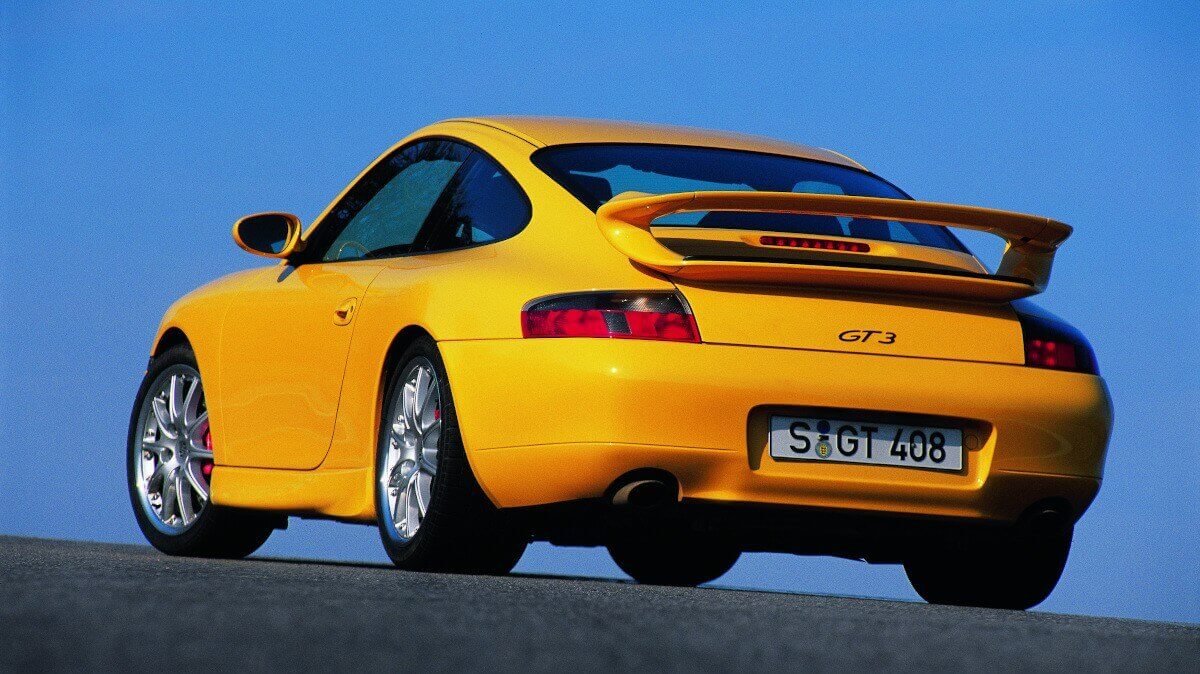 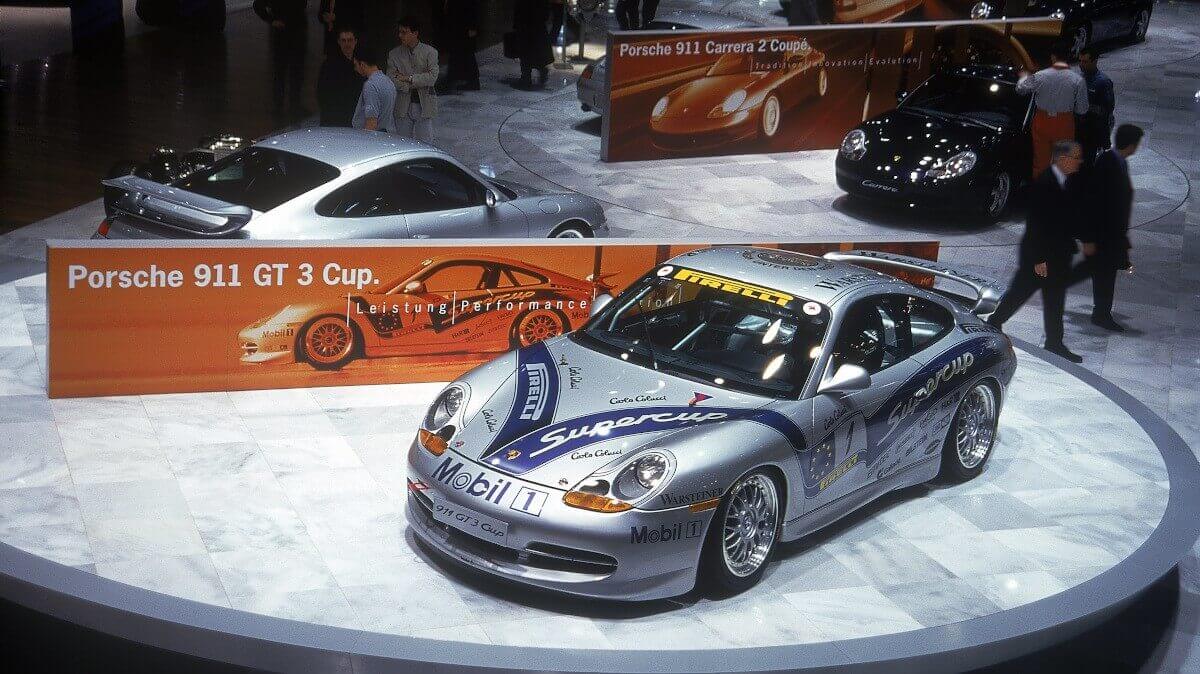 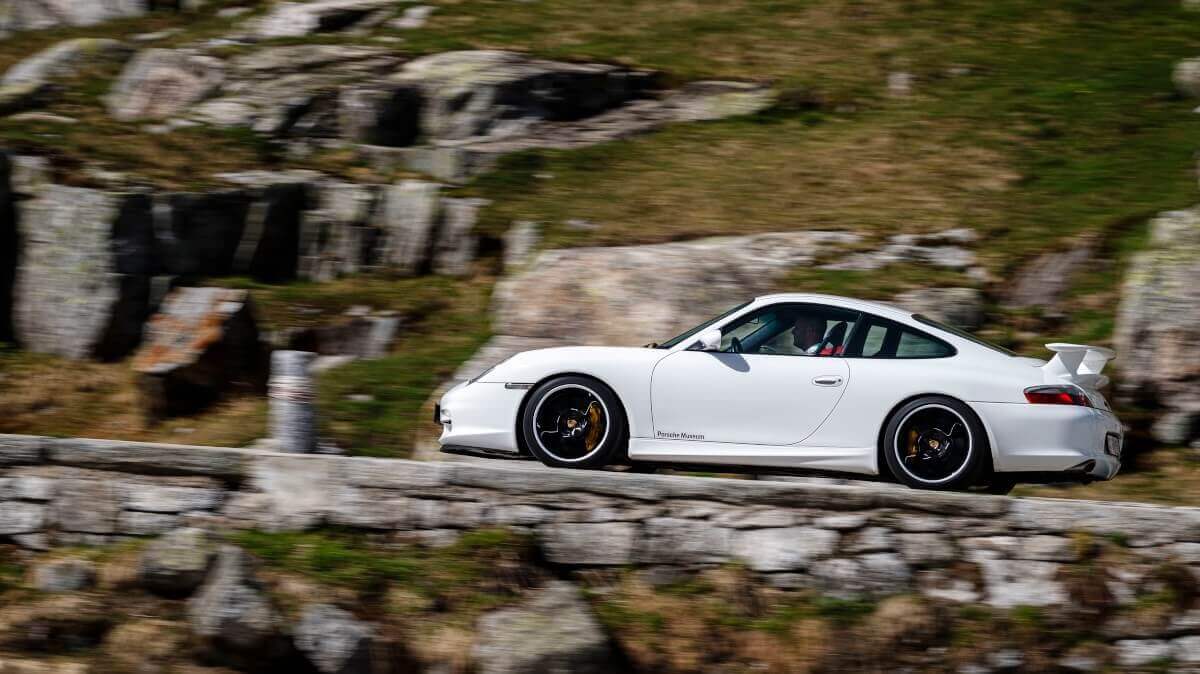 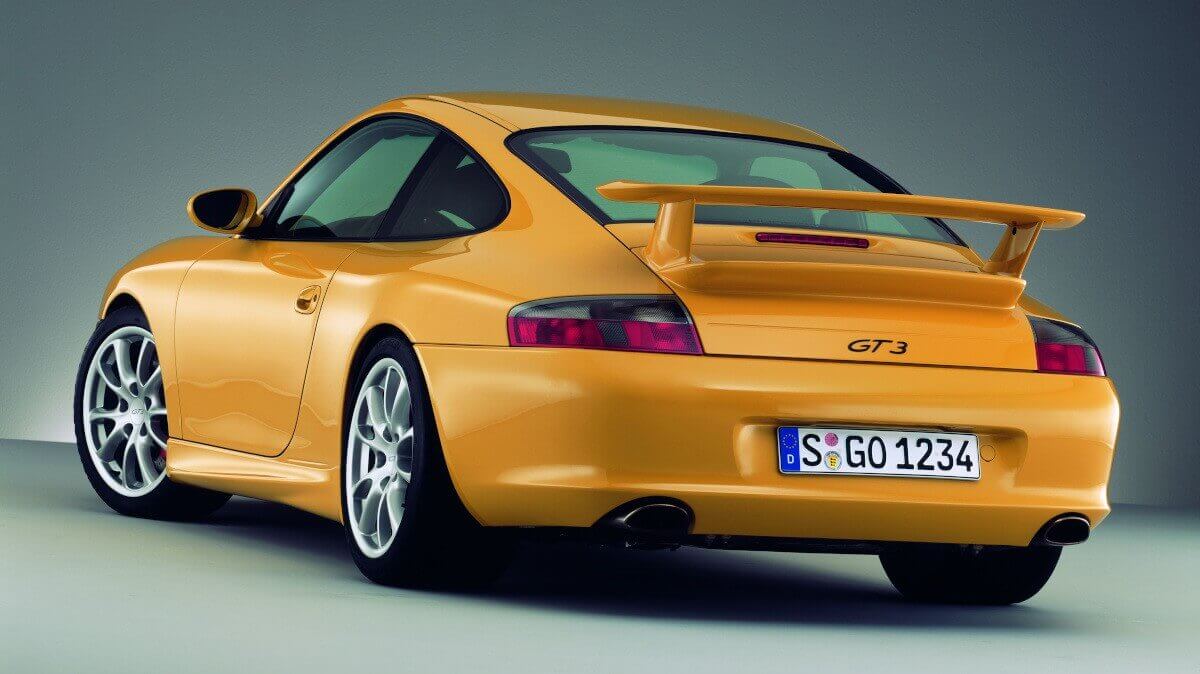 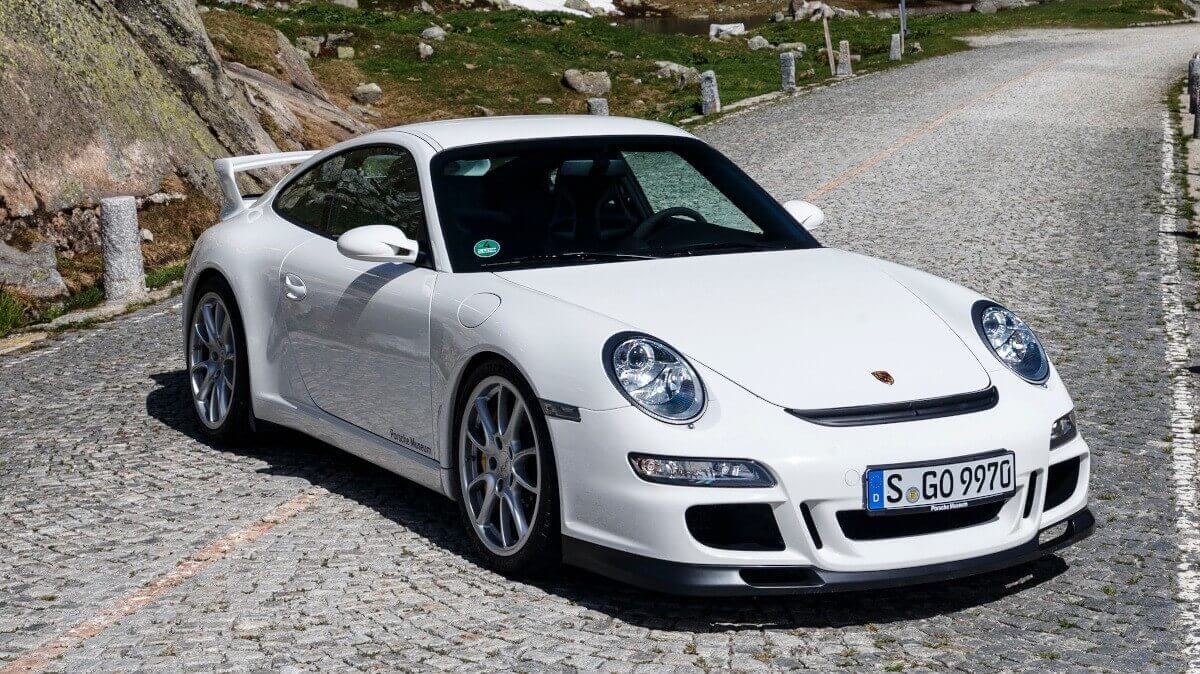 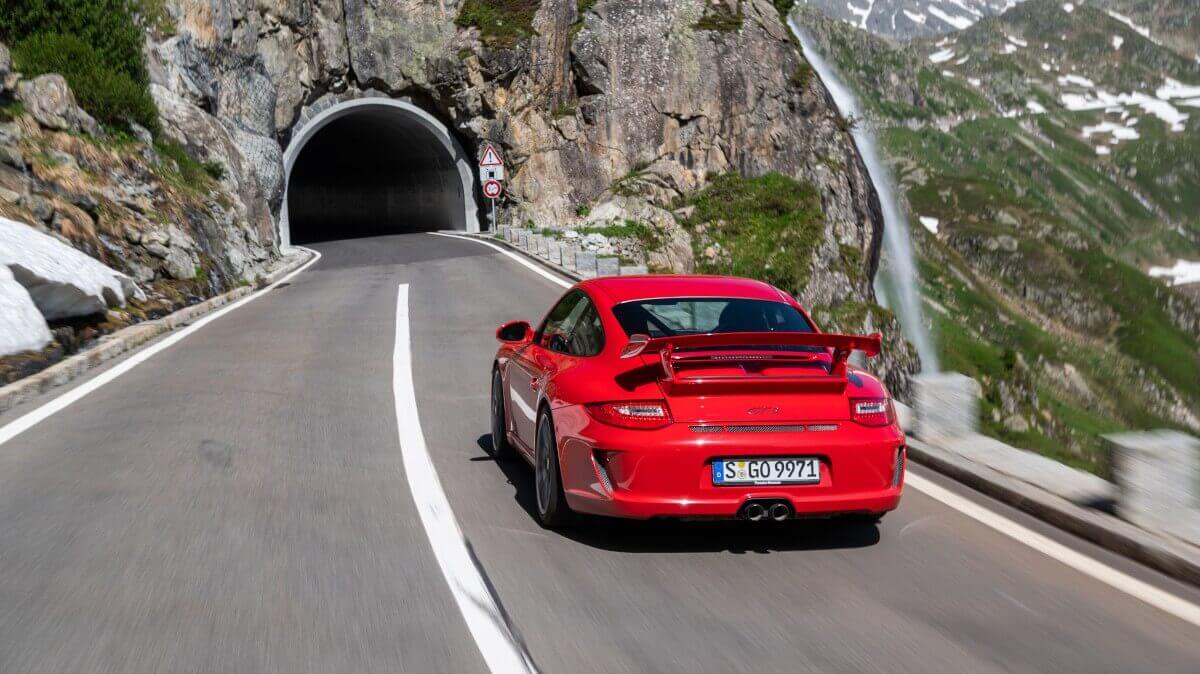 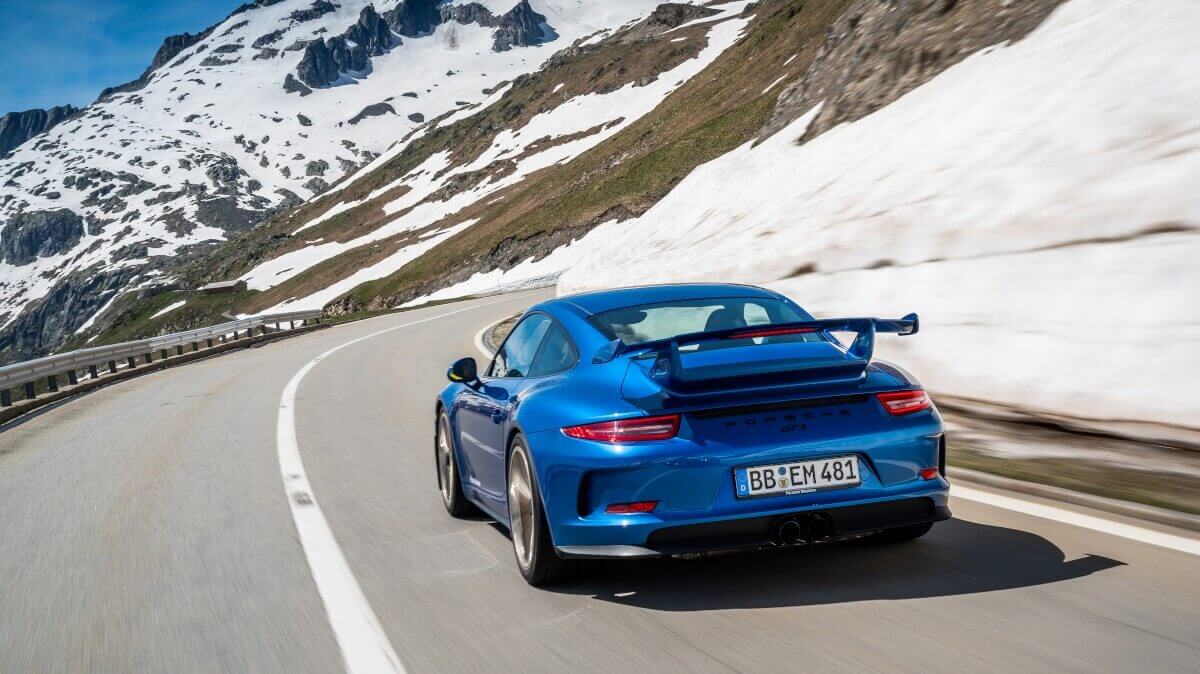 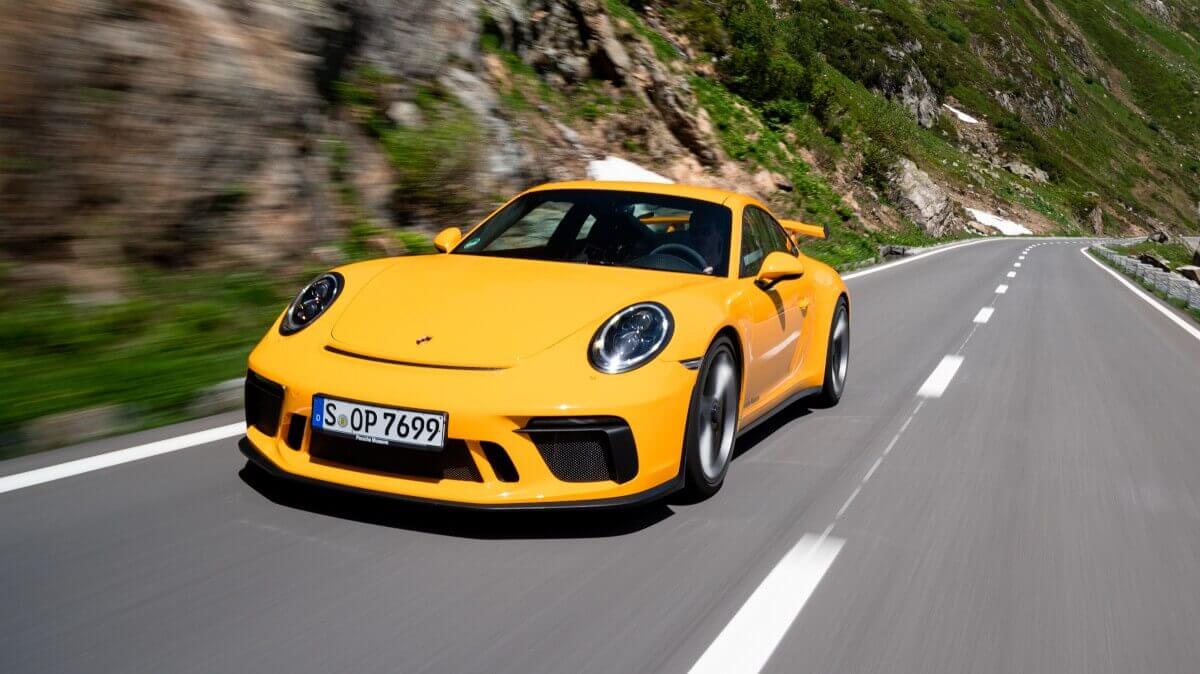 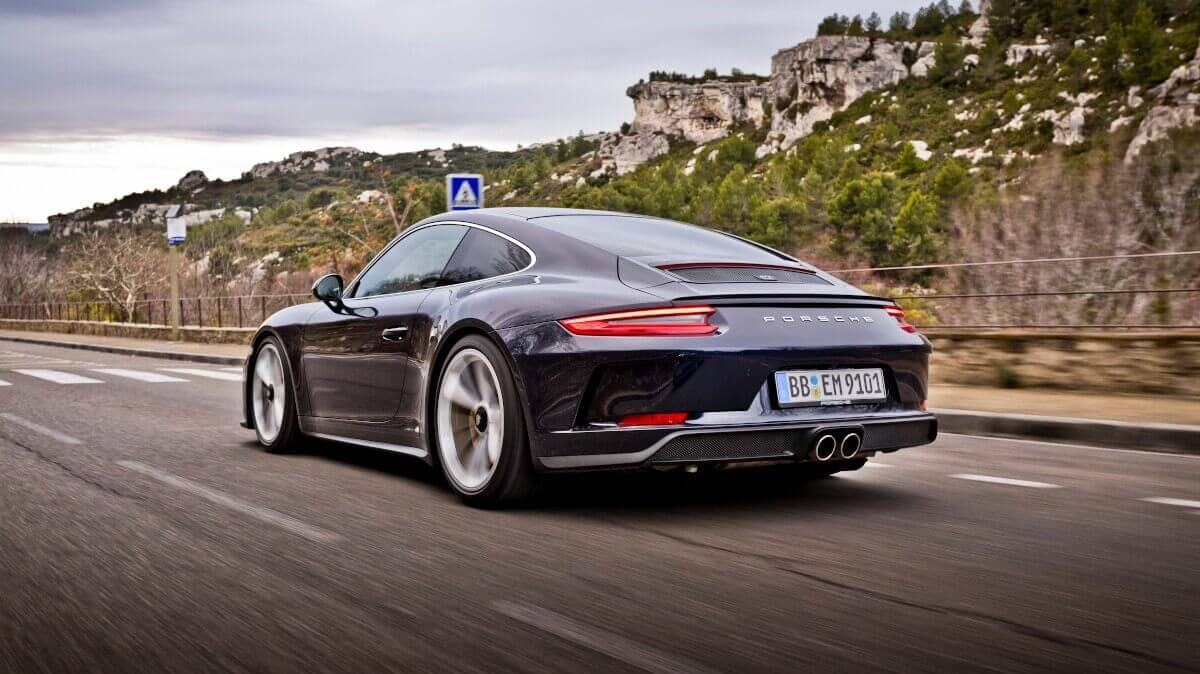 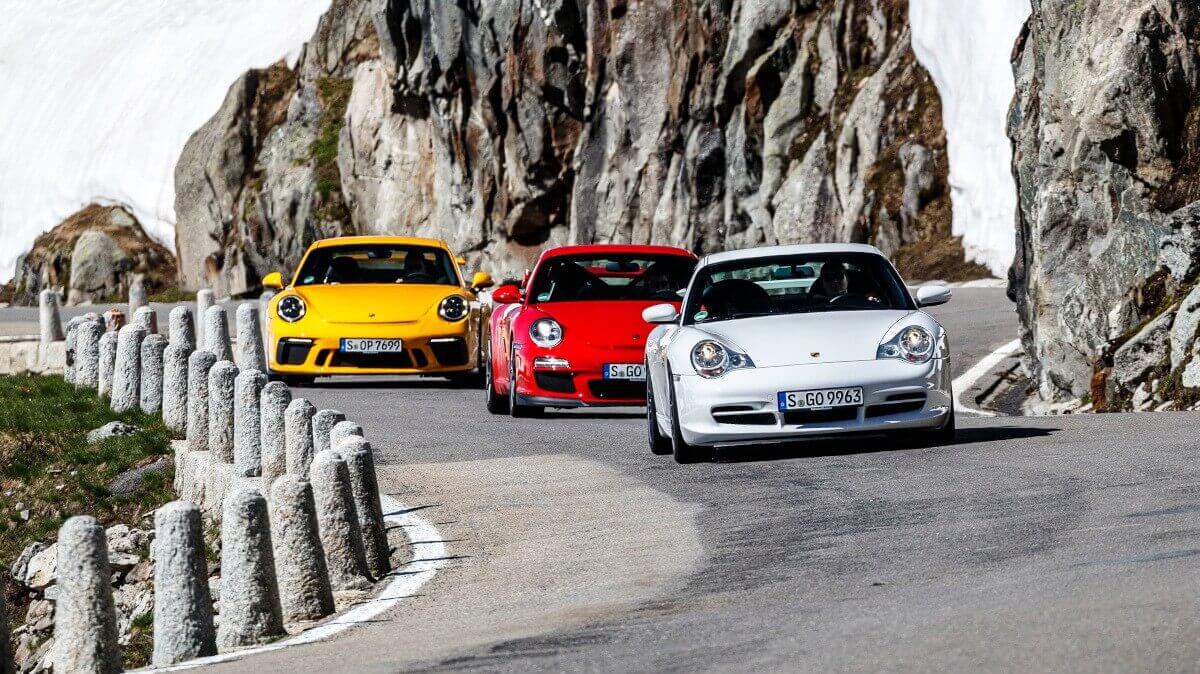 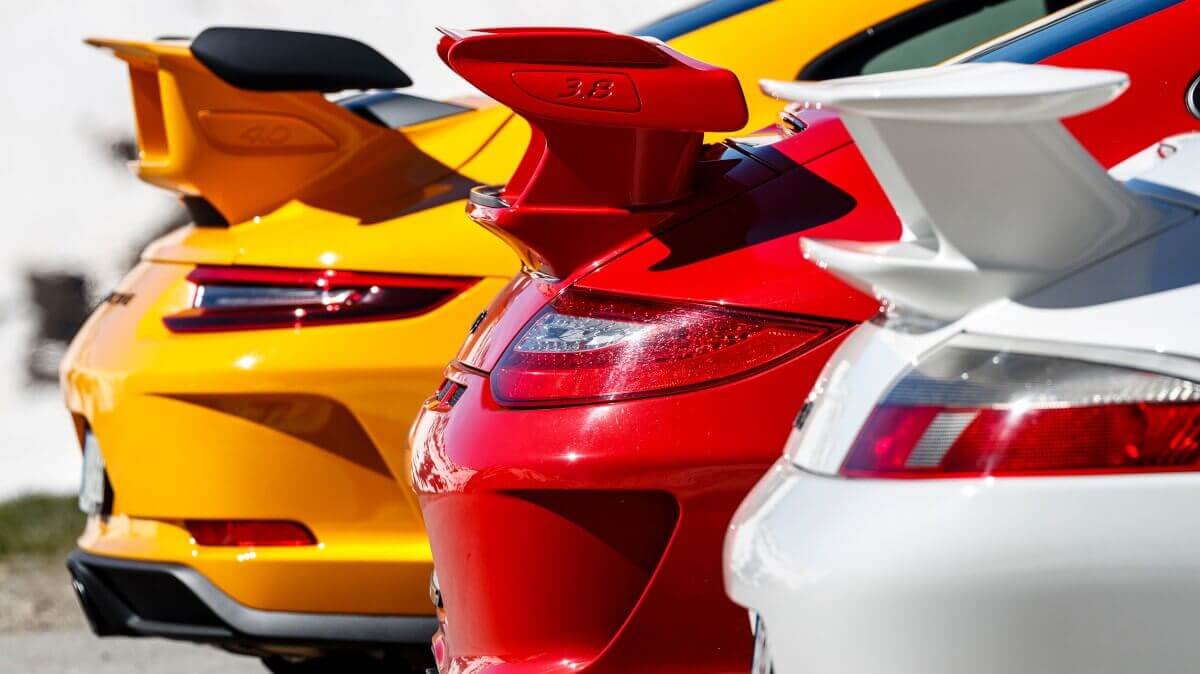 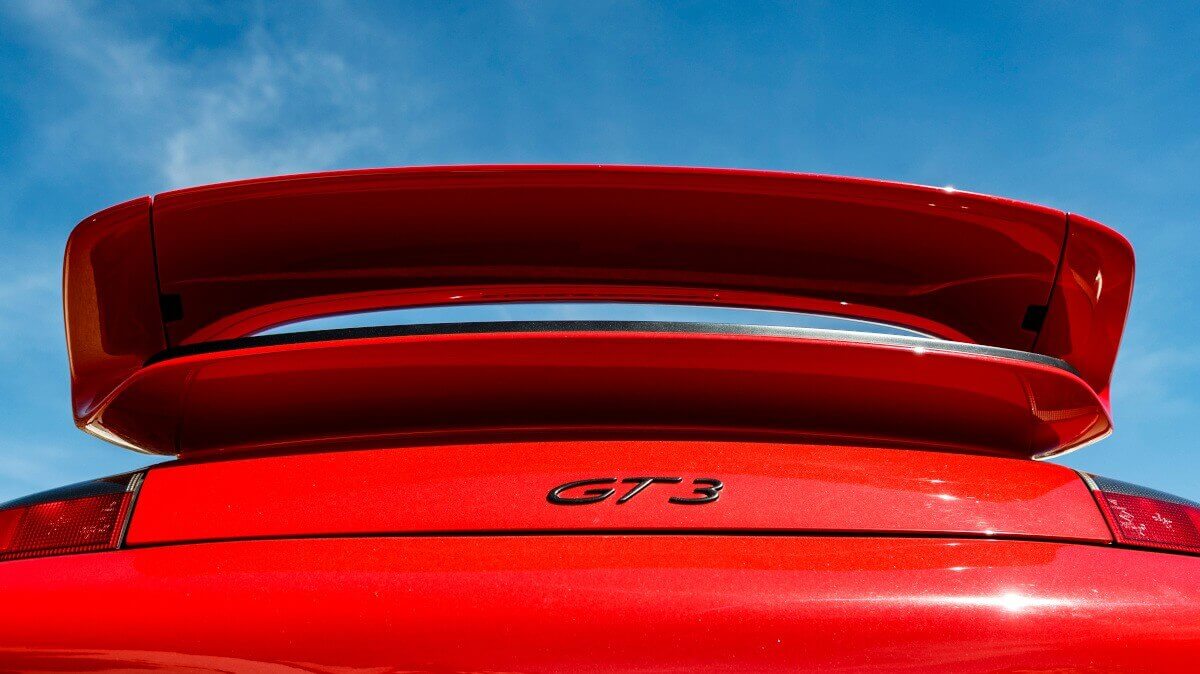 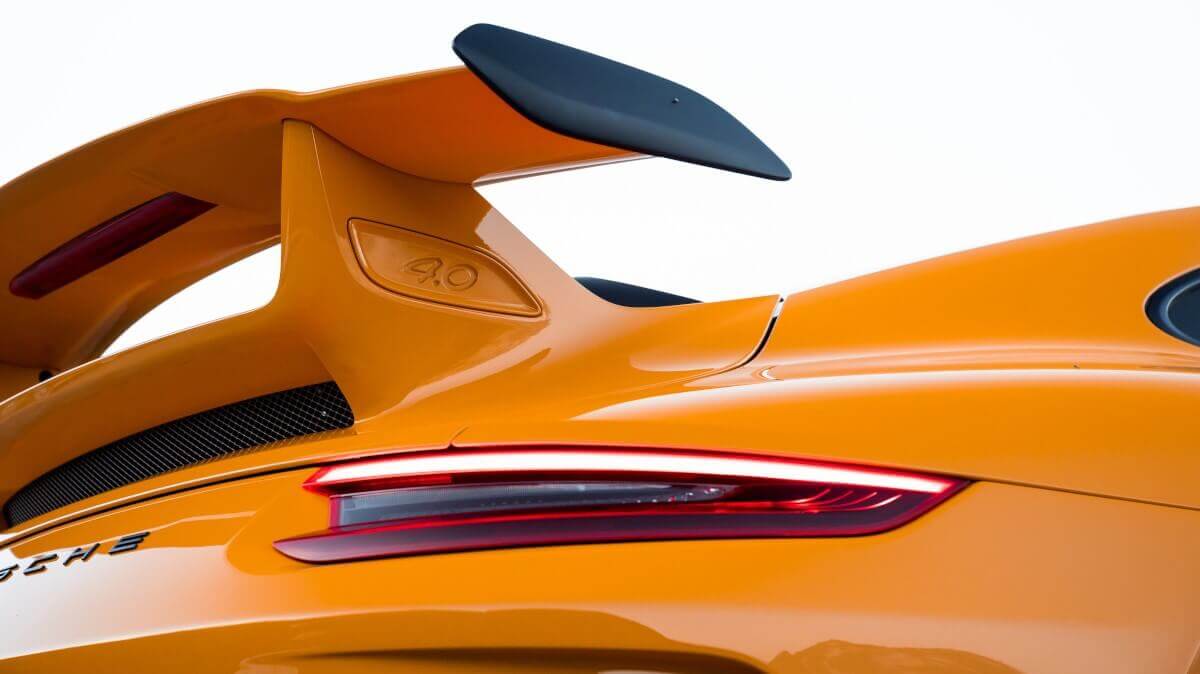 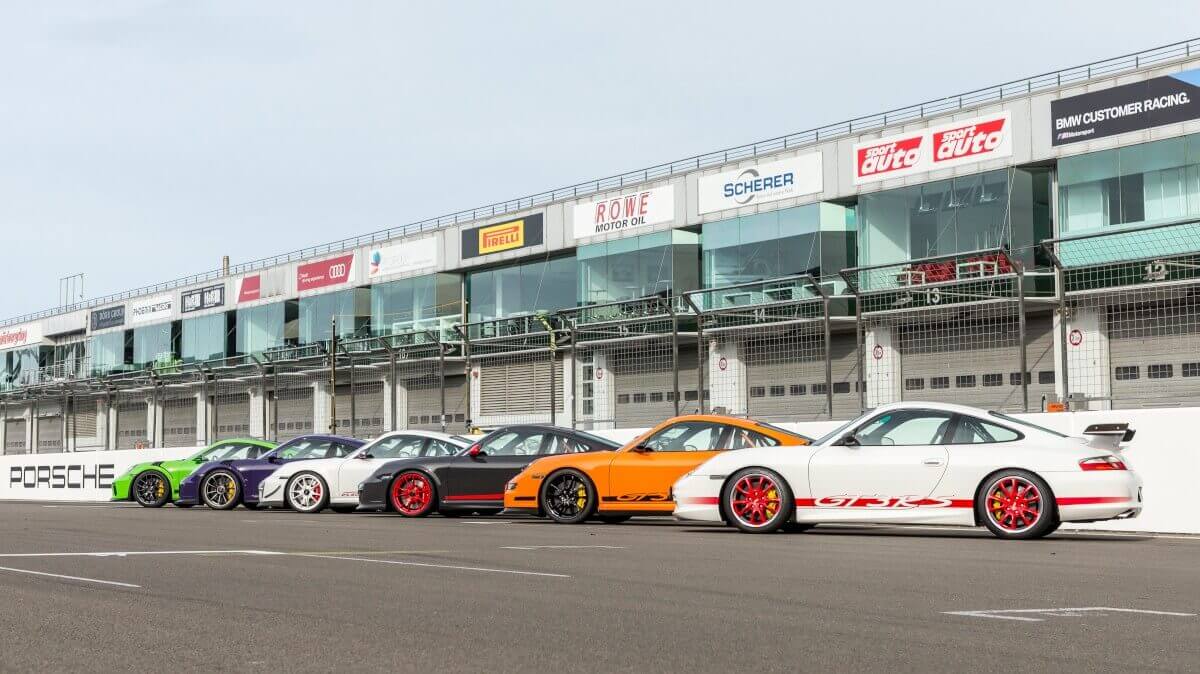 With the first 911 GT3, the previously popular abbreviation RS for the most sporty 911 was dropped for the time being. Instead, the new name referred to the race category of the FIA, in which the corresponding race variant was classified. On the road, the adventure began in 1999 with a 3.6-liter six-cylinder boxer engine and 265 kW/360 hp output. Compared to the normal Carrera, the chassis was lowered by 30 millimeters and the six-speed manual transmission from the GT2 was installed. An interesting curved wing was mounted on the rear lid. With the optional Clubsport package, the GT3 also received a bolted rollcage. Thus Walter Röhrl lapped the Nürburgring Nordschleife in less than eight minutes.

Since then, it has been possible to set the clock according to whether a new model generation of the GT3 rolls to the dealers after three to four years. Over the 996.2 and the two generations 997.1 and 997.2 it arrived at the 991, of which there were also two variants and thus also two GT3 offshoots. In addition, from 2003 Porsche extended the range with the GT3 RS as an even more sporty road vehicle with refined aerodynamics. Including the limited edition GT3 RS 4.0 based on the 997.2, there were already six generations of the GT3 RS. With the 991.1, Porsche changed one element from the typical attributes catalogue and promptly received scolding from the die-hard fans: instead of the traditional manual transmission, this GT3 generation received a seven-speed dual-clutch gearbox. Since the 991.2 the GT3 has again been offered with a six-speed manual gearbox as an alternative to the dual-clutch transmission, and also the new Touring variant withouth rear wing was introduced. In the last expansion stage to date, the normal GT3 delivered 368 kW/500 hp, while the GT3 RS got 383 kW/520 hp. The prototypes of the new 992 GT3 are currently doing their test runs on the road and on the Nüburgring Nordschleife. The car will probably be presented at the end of this year. It remains with a high-revving naturally aspirated engine and also the popular manual gearbox seems to survive.