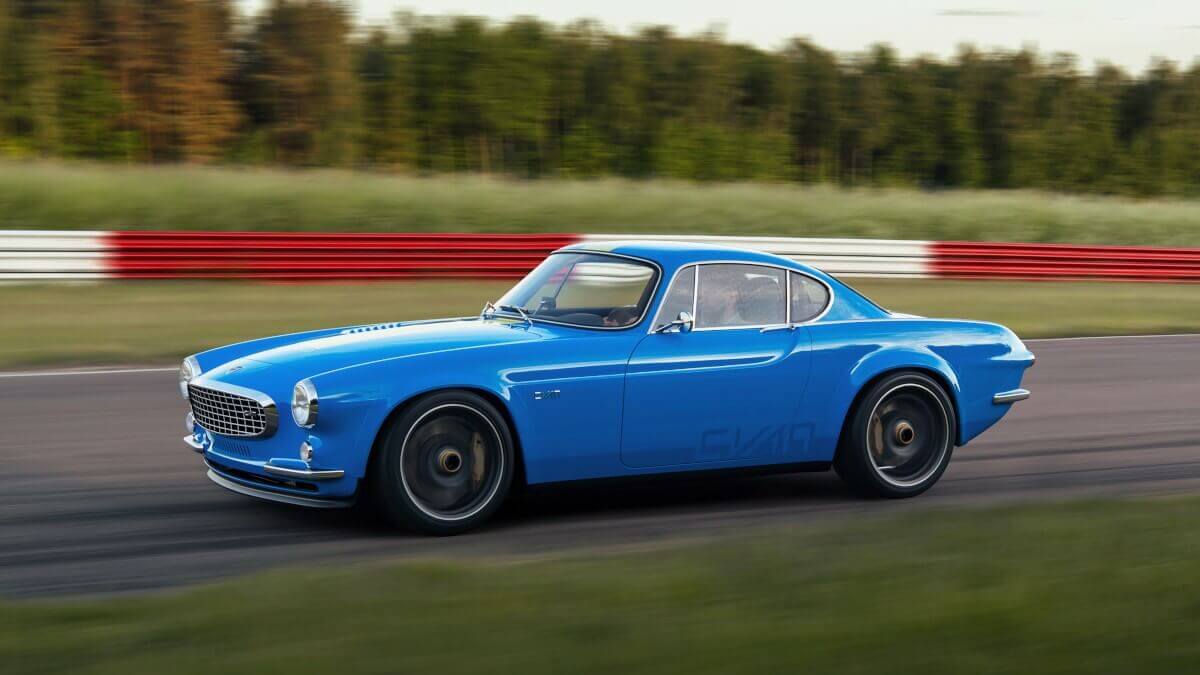 Sporty coupés from Volvo had a long tradition. The P1800, which enriched the market from 1961 onwards, achieved particular fame. The first examples were built to order for Jensen in the UK, with the body-in-white coming from Pressed Steel. Two years later Volvo moved production to Sweden because the quality of the vehicles didn’t meet the factory standards. The bodyshells were supplied by Pressed Steel until 1969. It isn’t known whether the series detective Simon Templar, played by Roger Moore, drove a P1800 for this reason. By 1972, 39,407 units rolled off the assembly line. Between 1971 and 1973 another 8,077 Volvo P1800 ES with a rear end in the style of a shooting brake, affectionally called ‘Snow White’s coffin’ by fans, were added. Both body versions are very popular at classic car meetings in Europe.

Now Cyan Racing comes into play. This Swedish racing team was once known as Polestar, before the department for performance conversions of production cars was taken over by Volvo. Polestar won the WTCC (World Touring Car Championship) title in 2017 with the S60. Cyan then switched to the new Chinese sister brand Lynk & Co., which won the WTCR championship in 2019. To commemorate the successes with Volvo and at the same time to show what could have become of the P1800 if it had been further developed into a race car, an intensive development and test program was carried out in the past months. Based on a completely original Volvo P1800, a deliberately analog vehicle was created. “Obviously we could have built an electric Volvo P1800 filled with all the latest technology, comfort and luxury. But that was not what we wanted,” says company boss and founder Christian Dahl. “Amid this paradigm shift we decided to slow down time and freeze a part of it in our own time capsule. To take the best from the golden sixties and combine it with our capabilities of today, keeping a pure yet refined driving experience.” 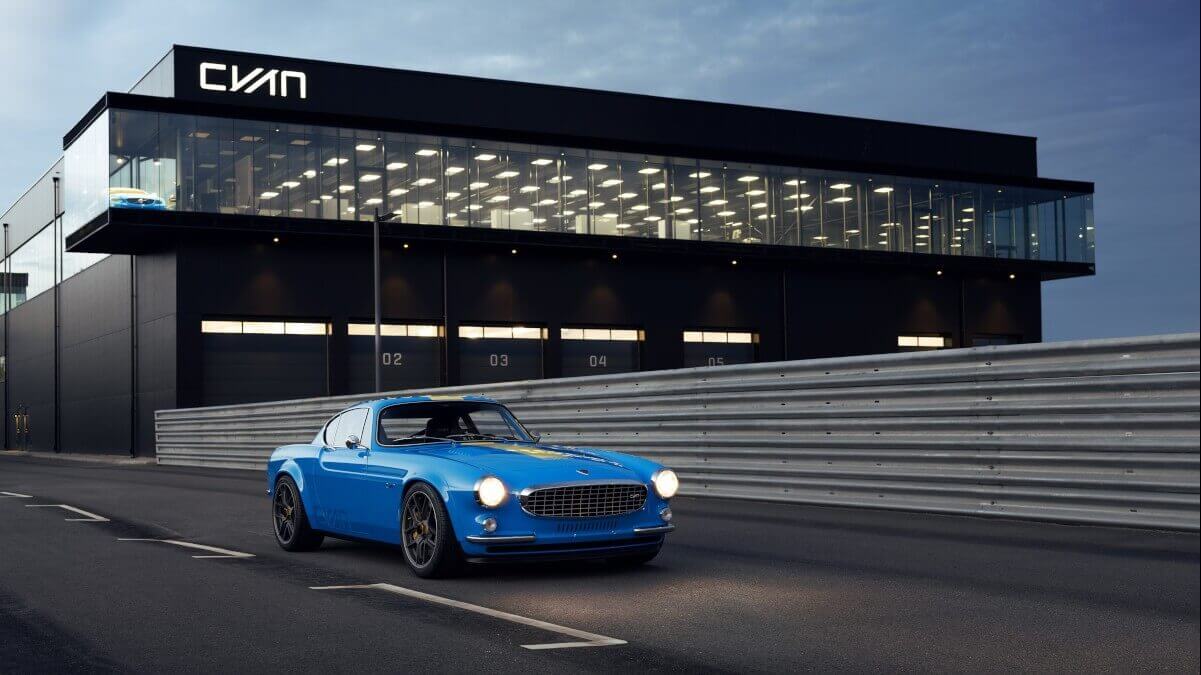 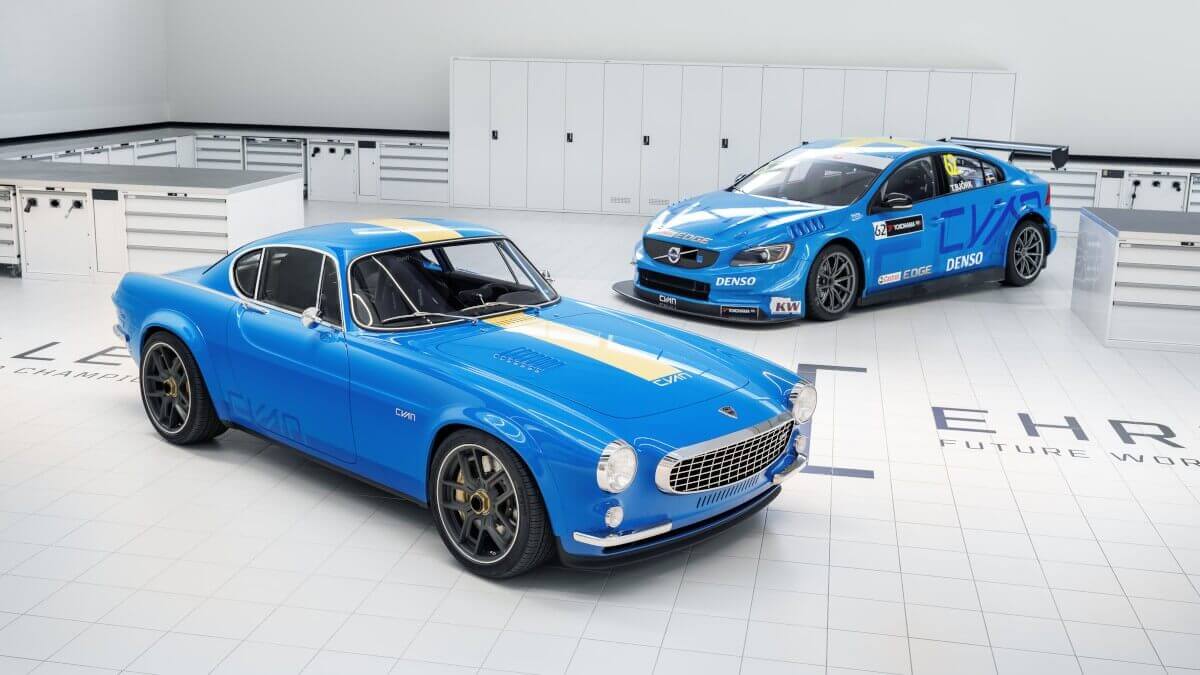 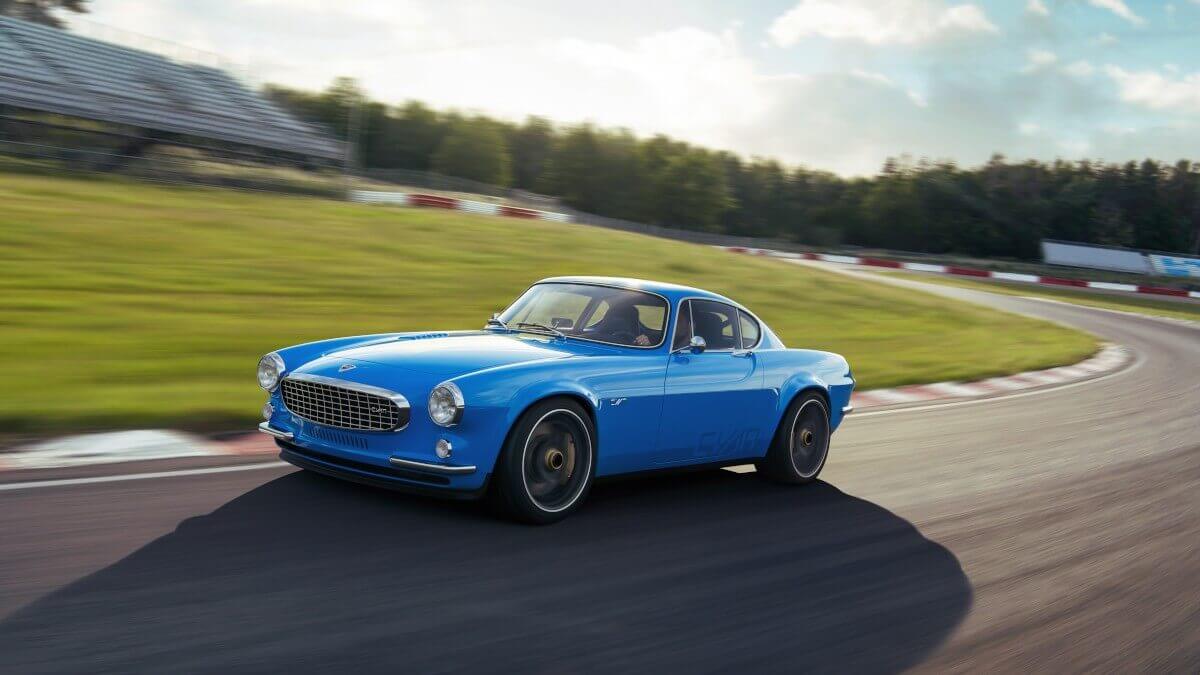 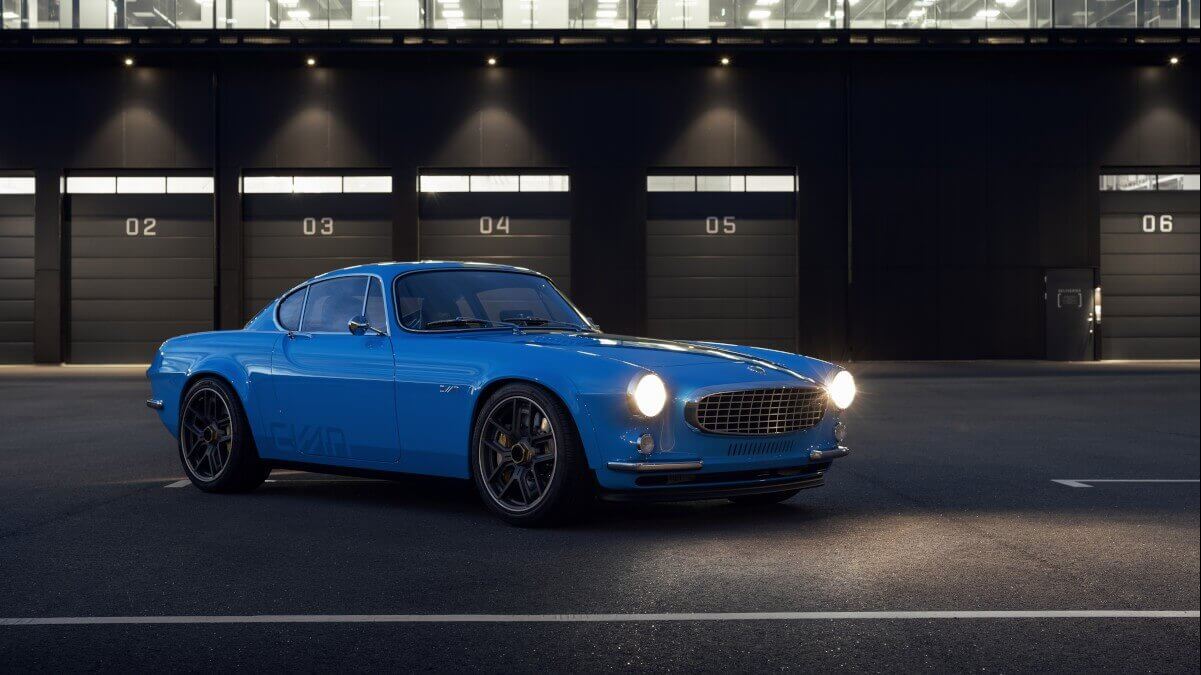 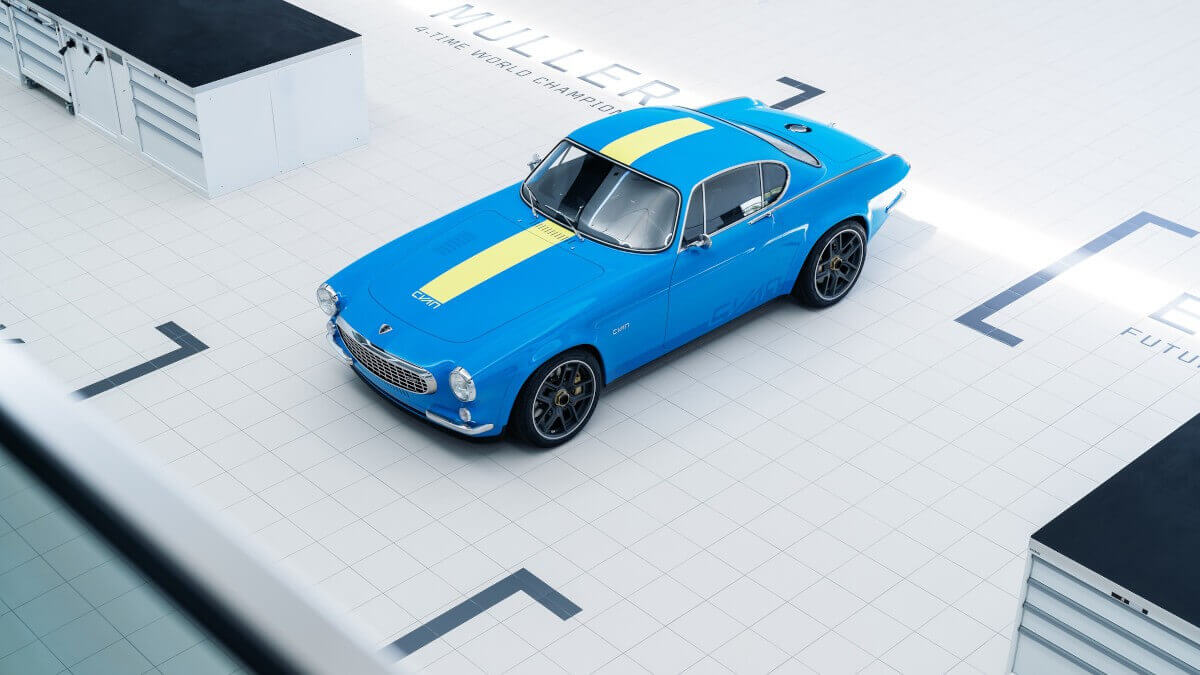 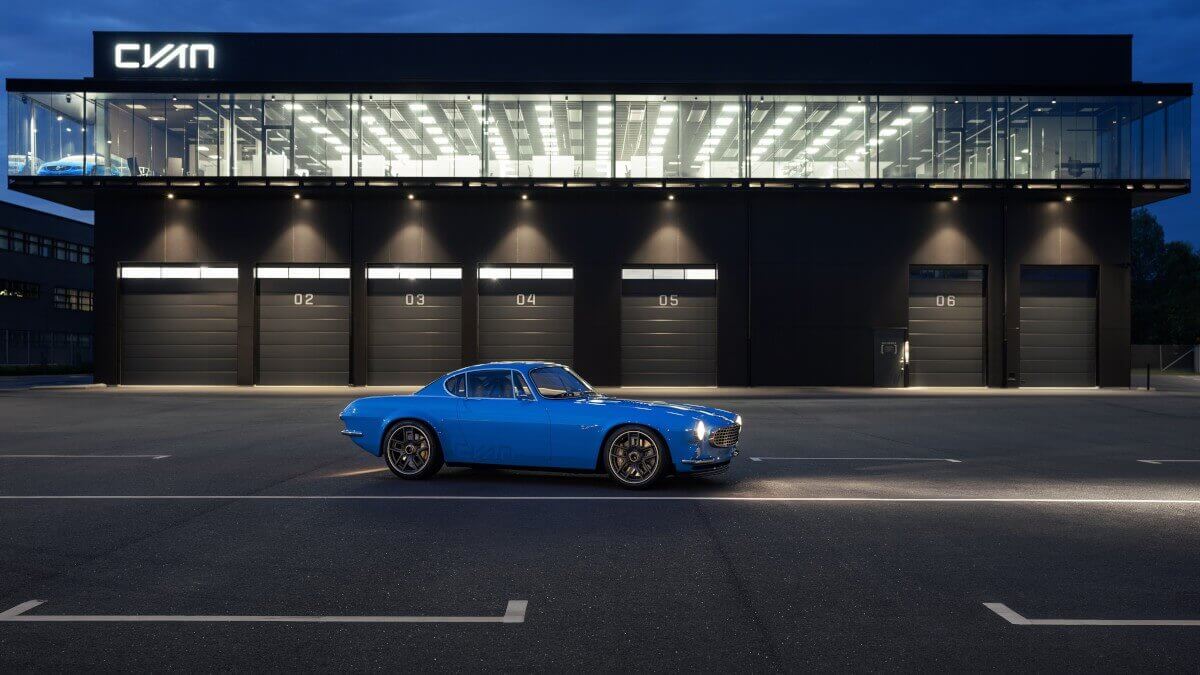 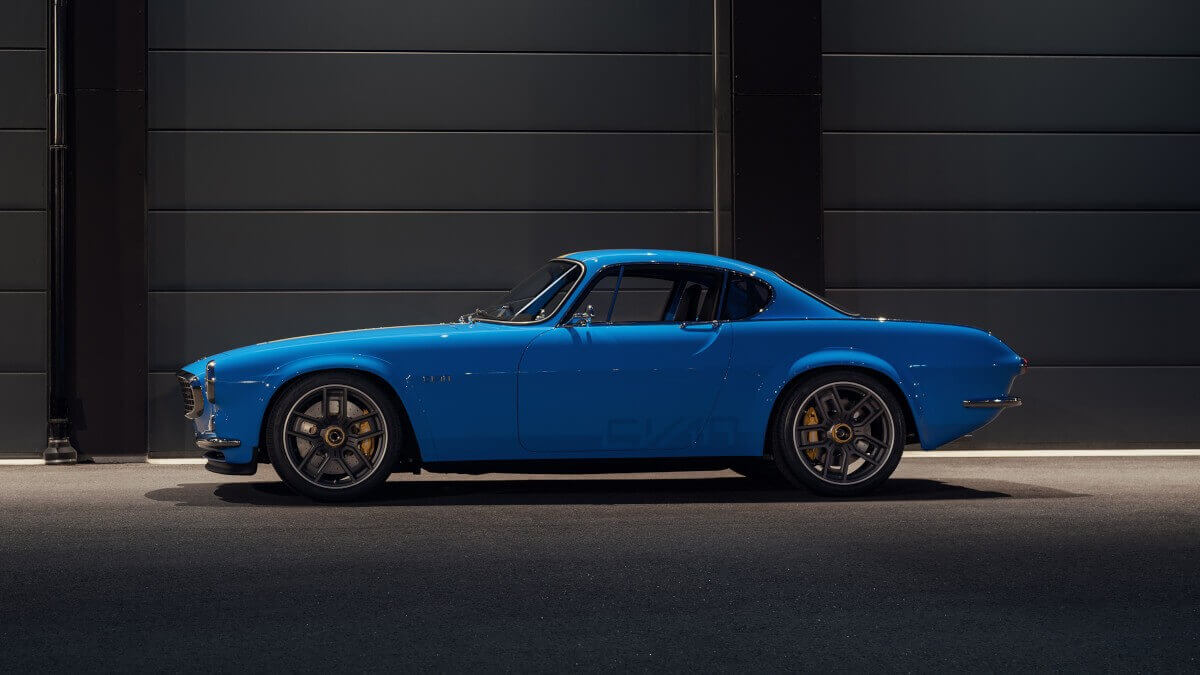 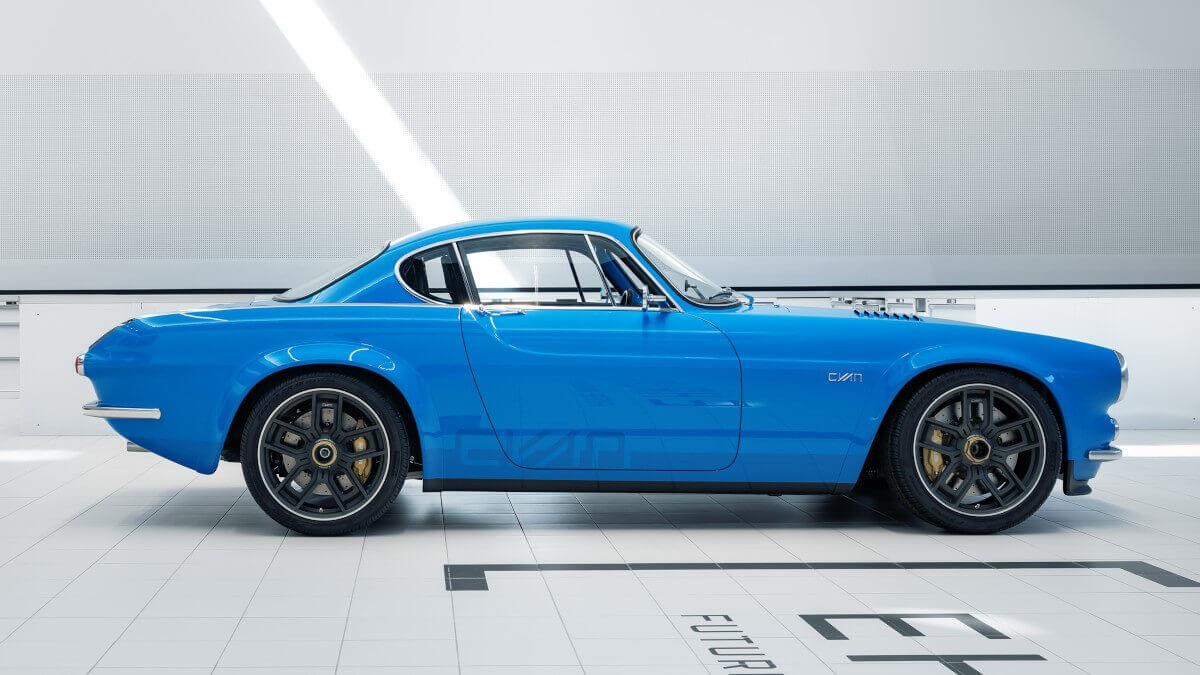 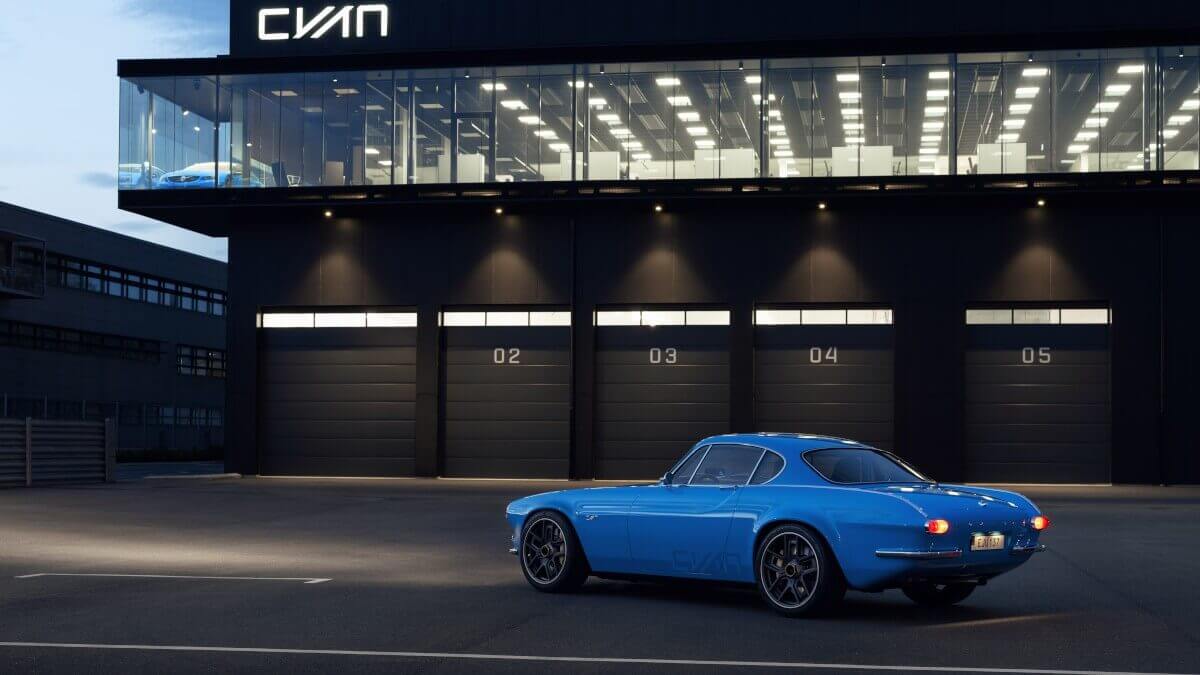 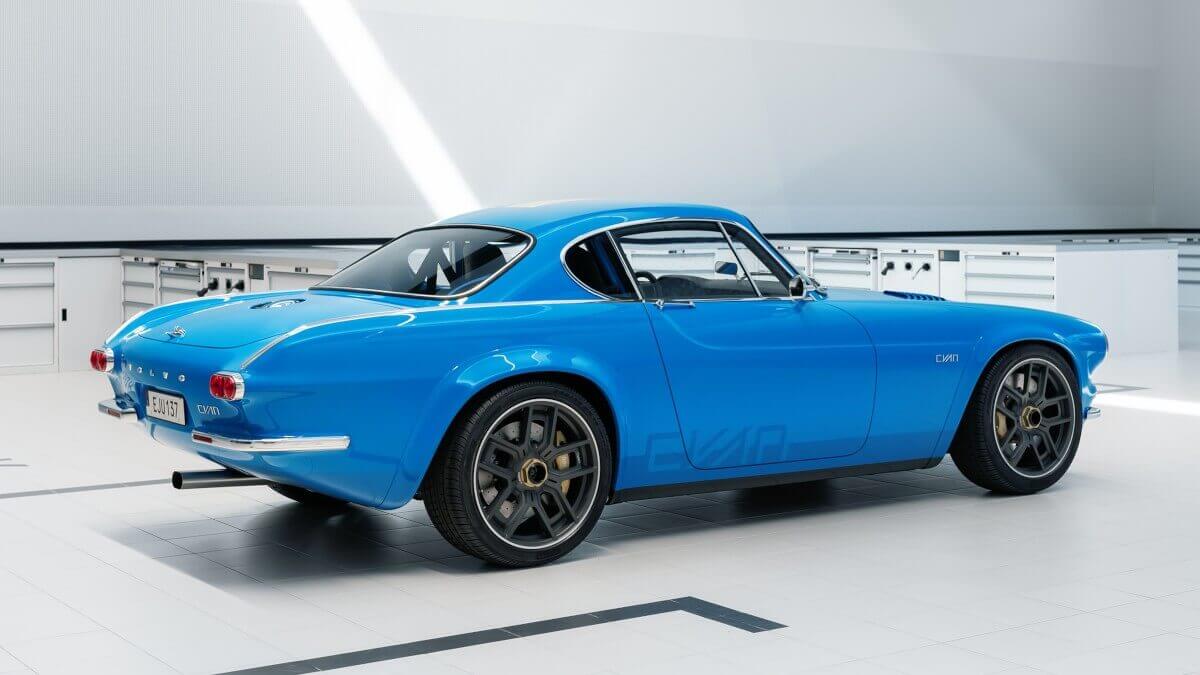 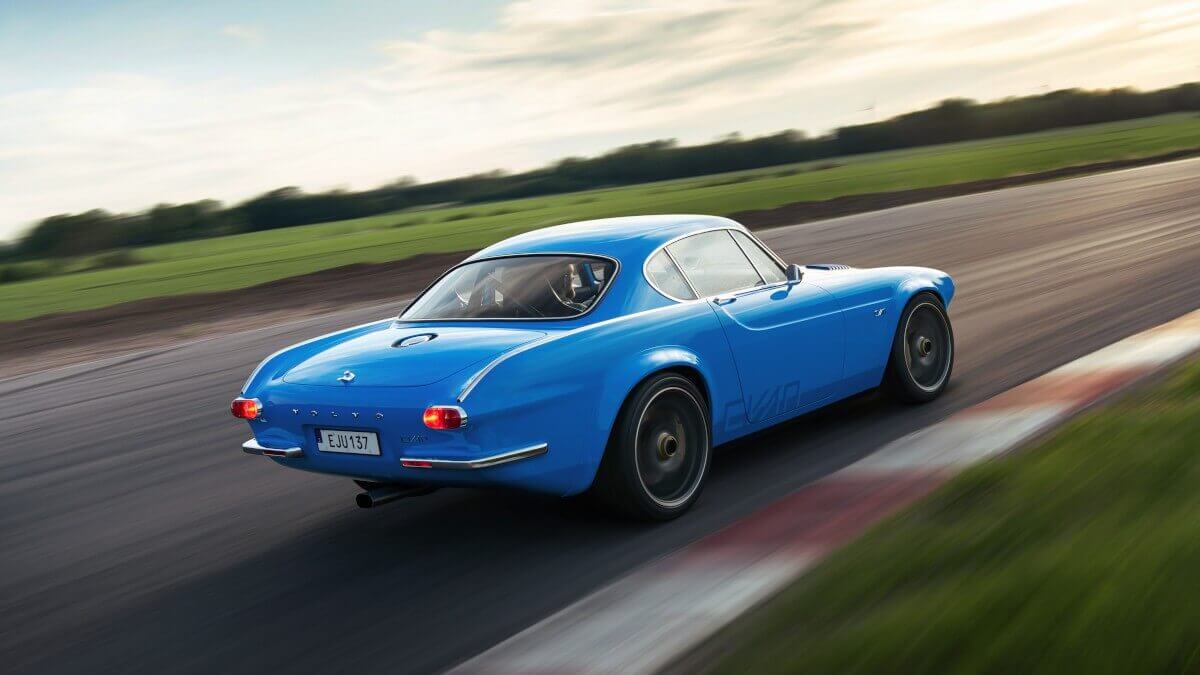 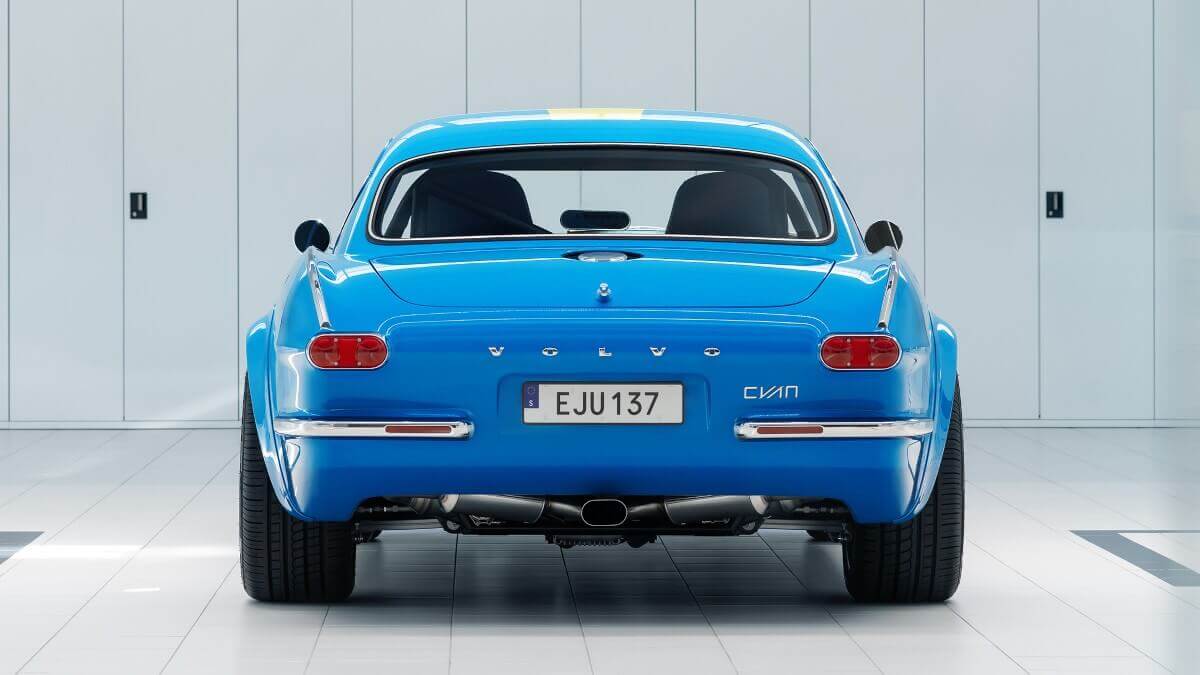 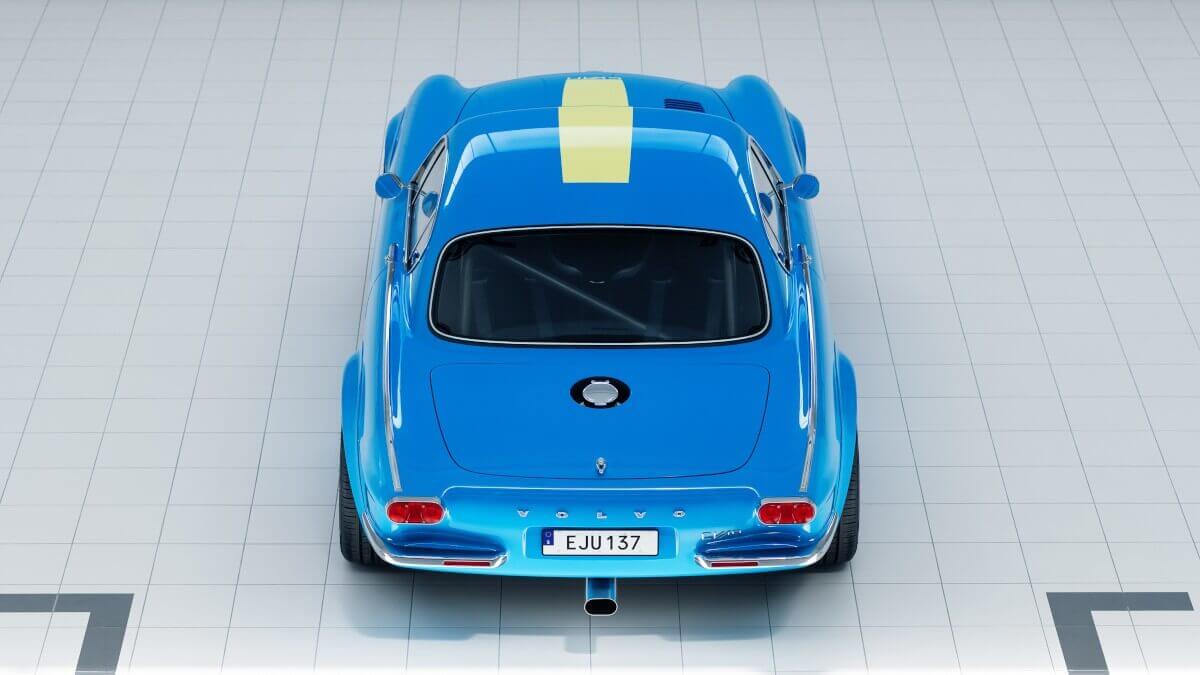 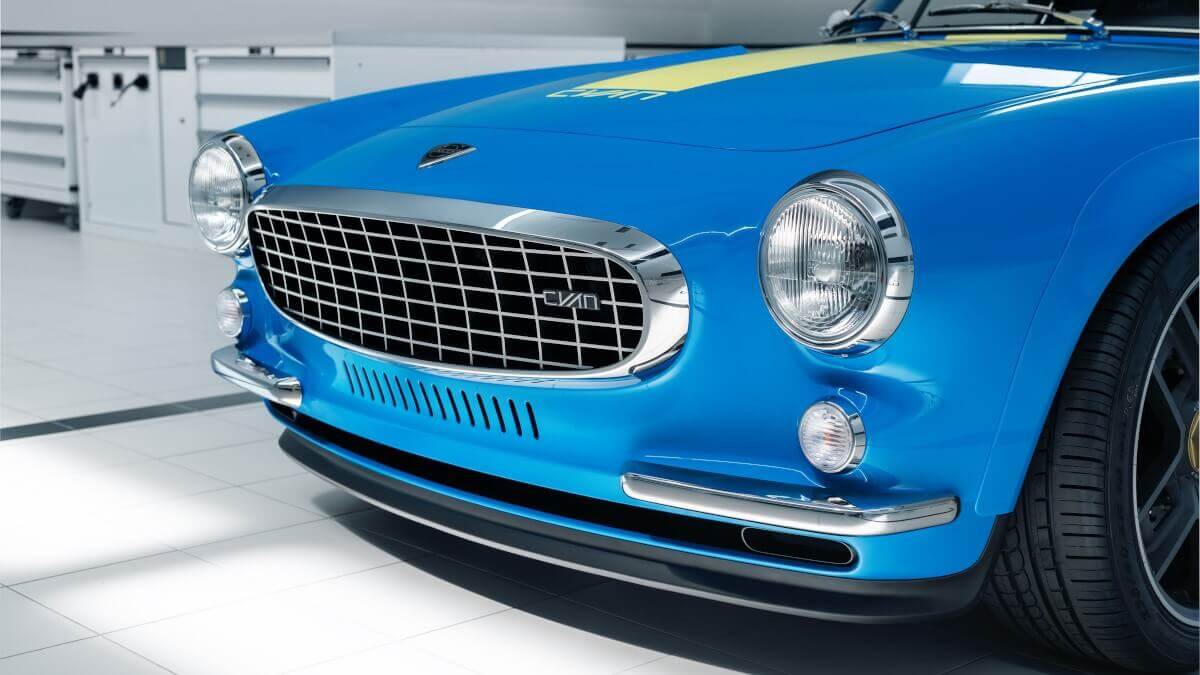 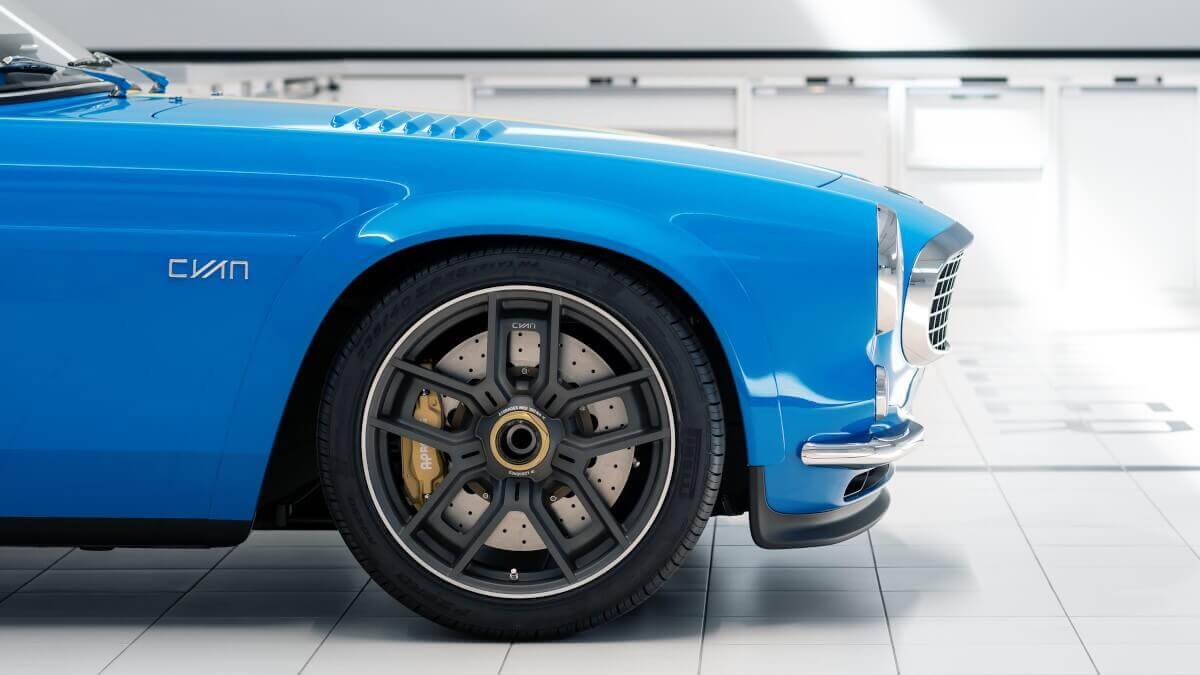 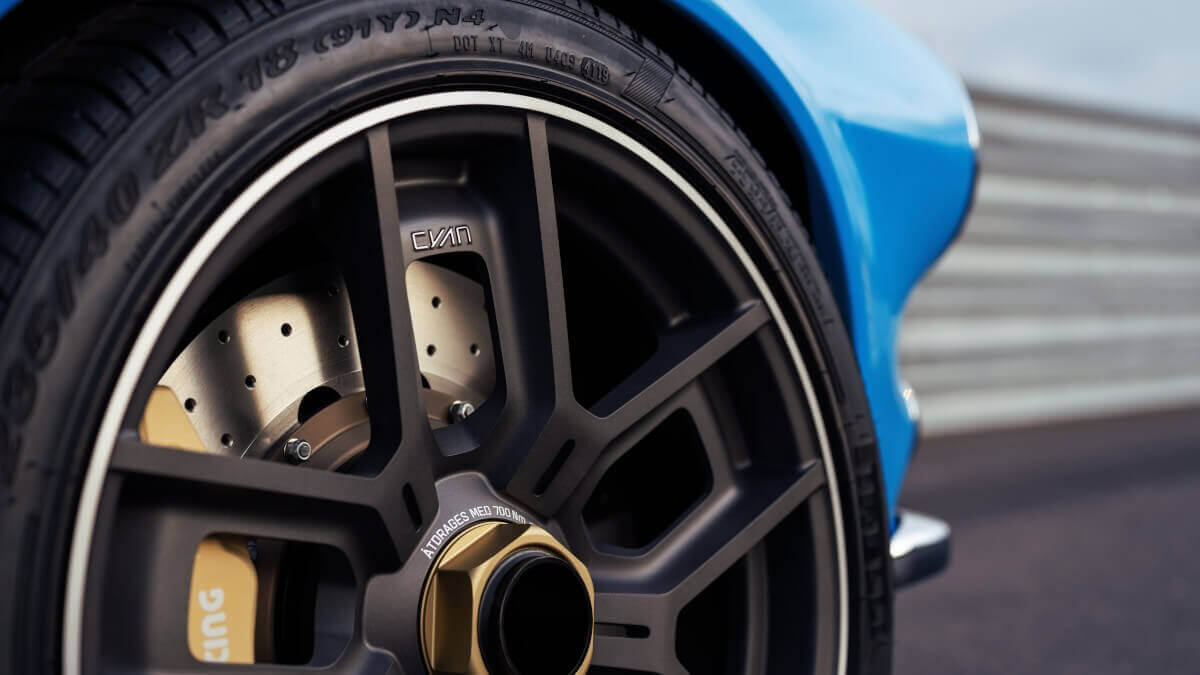 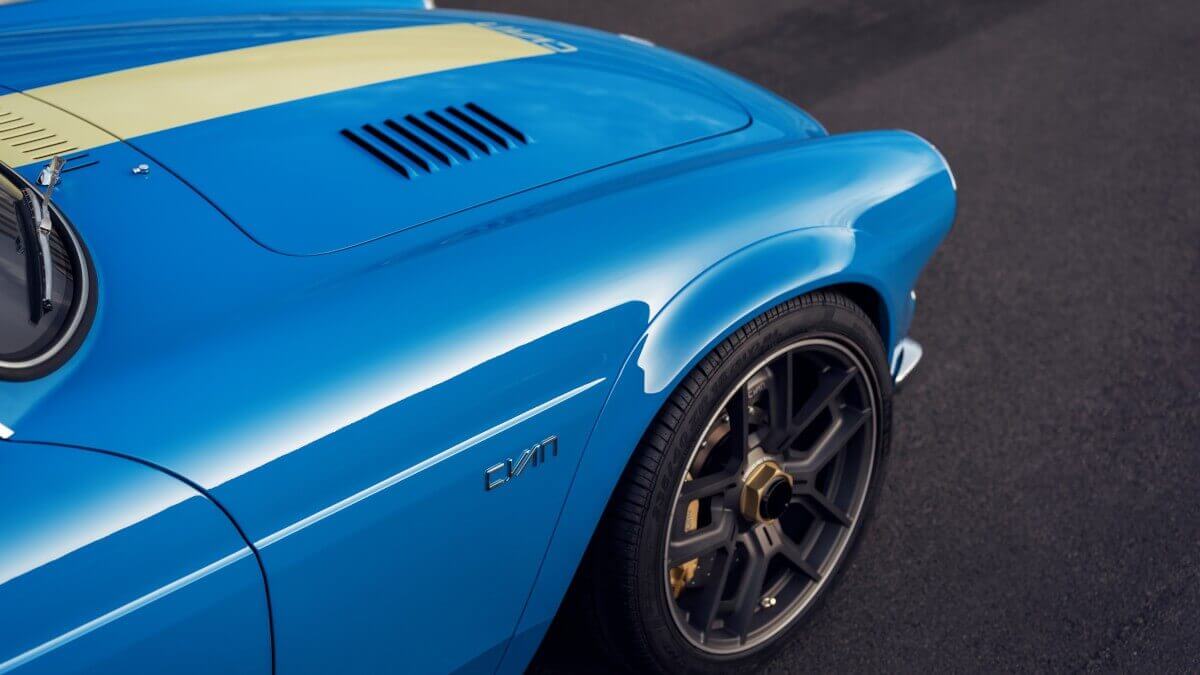 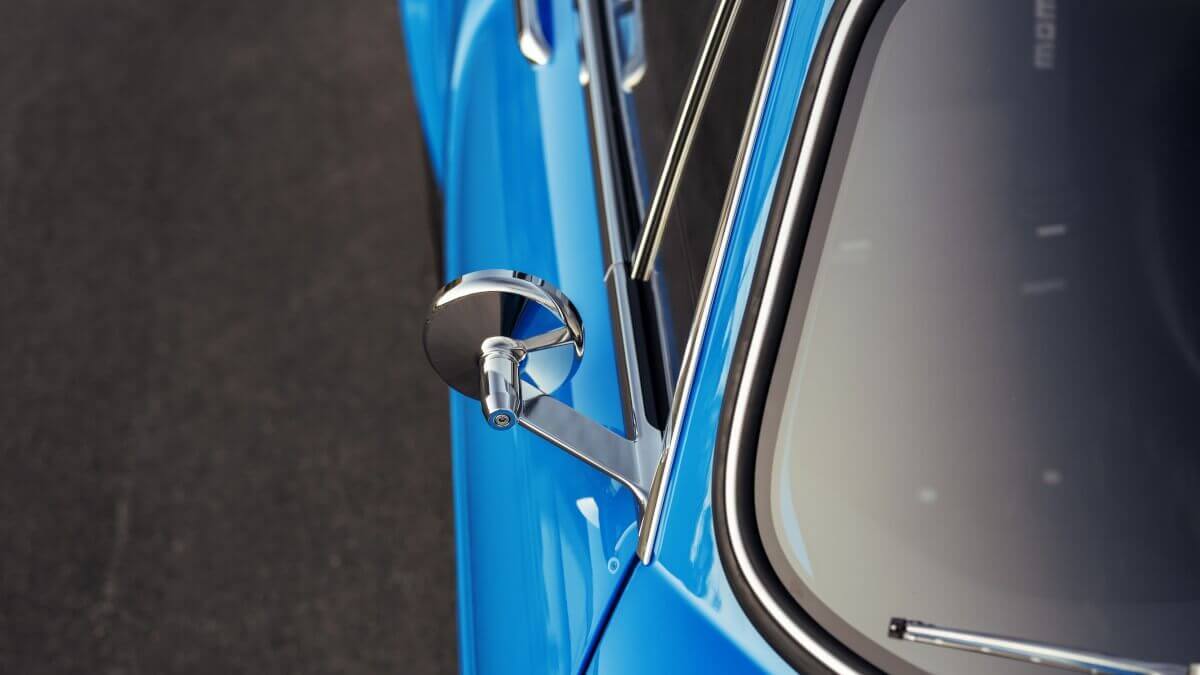 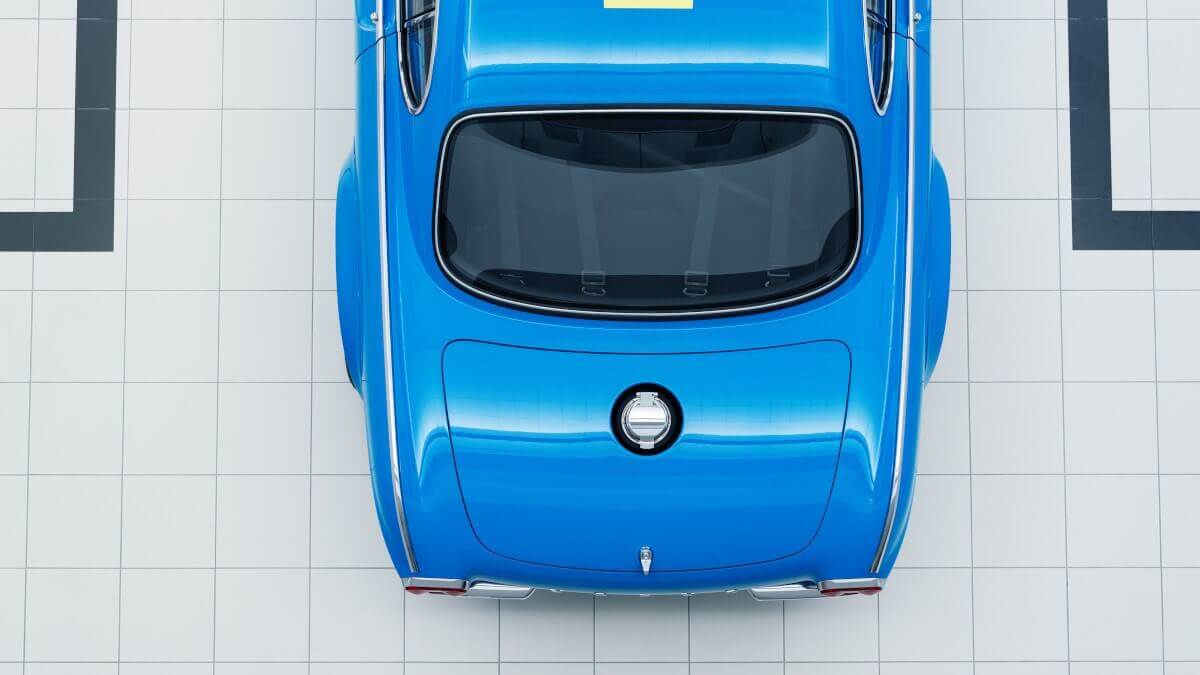 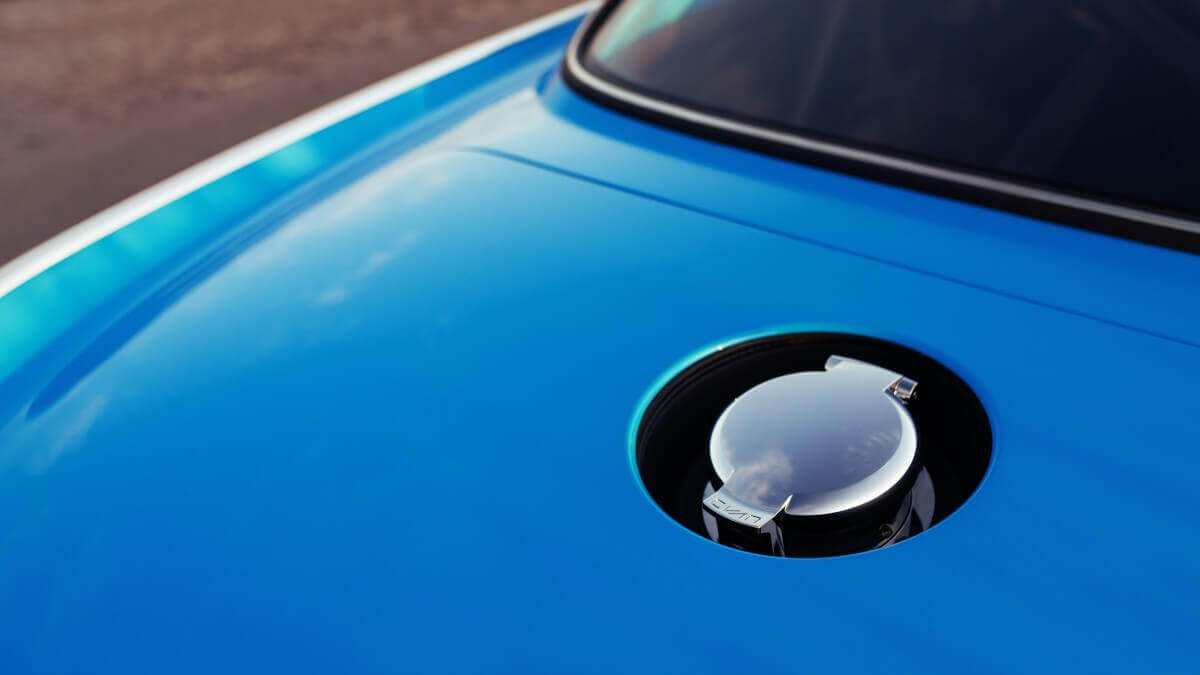 It was important to the Cyan team that the classic design was only moderately influenced. The widened fenders thus fit well into the original design language, but at the same time create space for 18-inch wheels with 235/40 tires at the front and 265/35 tires at the rear. The fuel filler cap is reminiscent of classic racing cars and is visible through the trunk lid. High-strength steel stiffeners and carbon components give the bodyshell greater torsional rigidity, while also improving known weak points of the car. At the same time, these measures enabled Cyan to reduce the kerb weight to 990 kilograms. Instead of the original rigid axle of the P1800, Cyan uses a new independent suspension with integrated limited slip differential from Hollinger. In addition, there is an adjustable sports suspension and a brake system with 362 millimeter discs and four-piston calipers at the front, giving the car a high level of driving pleasure without turning it into a lap time chaser.

Under the hood is a two-liter four-cylinder turbocharged engine based on the Cyan racing engine that powered the Volvo S60 to win the WTCC title. Here, in the P1800, this power unit delivers 309 kW/420 hp thanks to 2.7 bar boost pressure and stems 455 newtonmeters of torque in the direction of a manual five-speed gearbox from Hollinger. Despite turbocharging, the power output is designed to be as linear as possible in order to keep the driving characteristics close to those of cars from the 1960s, when there were only naturally aspirated engines. Mattias Evensson, Project Manager and Head of Engineering at Cyan Racing, explains: “While evaluating engines for the Volvo P1800 Cyan, we considered a wide range of Volvo engines, including the original B18, the ‘Red Block’ B230, the 5-cylinder ‘White Block’, the short inline 6-cylinder and the 4-cylinder VEA engine that power Volvos of today. The efficient and lightweight VEA (Volvo Engine Architecture) gave us the best base, also allowing us to transfer our experience from the different versions of the VEA that we have designed for our race and performance cars of the past decade.” Driver assistance systems such as ABS, stability control or a brake booster weren’t available in the original vehicle, and the reinterpretation also gets by without them. Interested parties can ask Cyan Racing for more information on conversion times and the price of a P1800 Cyan.