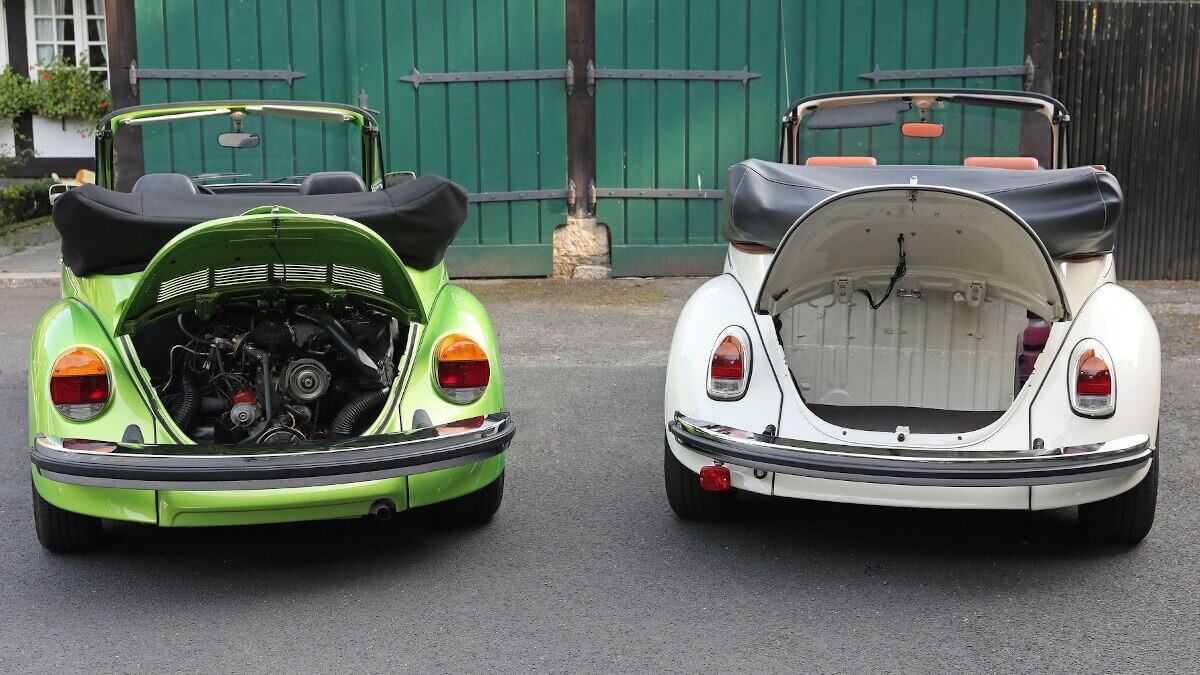 In close cooperation with eClassics from Renningen near Stuttgart, Volkswagen Group Components developed a near-series concept car of an electrified VW Beetle Cabriolet, the eKäfer. The conversion is carried out exclusively with components from the Volkswagen Group shelf. The electric motor, 1-speed gearbox and battery system are from the latest generation of the small car e-Up!, which is making its debut at the IAA (Frankfurt Motor Show). There they will also present the eKäfer for the first time.

The electric motor and the gearbox are manufactured at the VW plant in Kassel, while the battery components are supplied by their plant in Braunschweig. Together they offer a performance that far exceeds that of the Beetle’s standard four-cylinder boxer engine. 60 kW/82 hp are delivered to the rear wheels. The batteries are installed in the car floor, consist of 14 modules and have a total capacity of 36.4 kWh. Nevertheless, the kerb weight of 1,280 kilograms remains pleasingly low. This means that it can reach 50 kph (31 mph) in around four seconds, 80 kph (49.7 mph) in around eight seconds and up to 150 kph (93 mph) as topspeed. The range stated is more than 200 kilometers (124 miles). 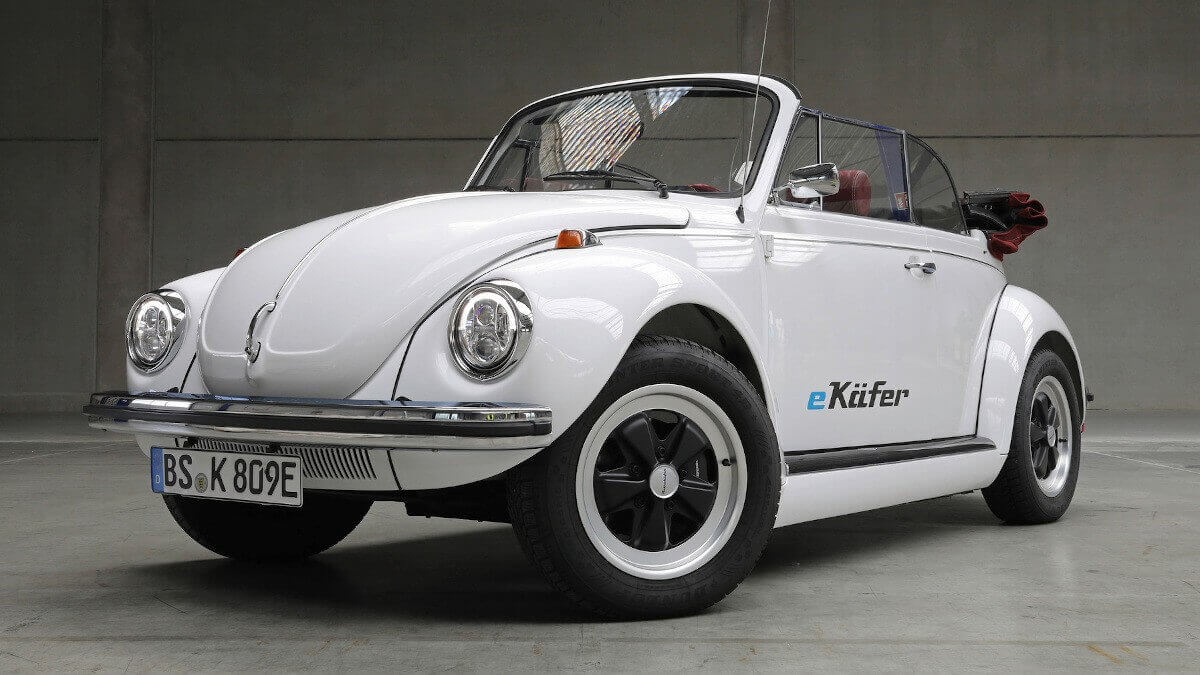 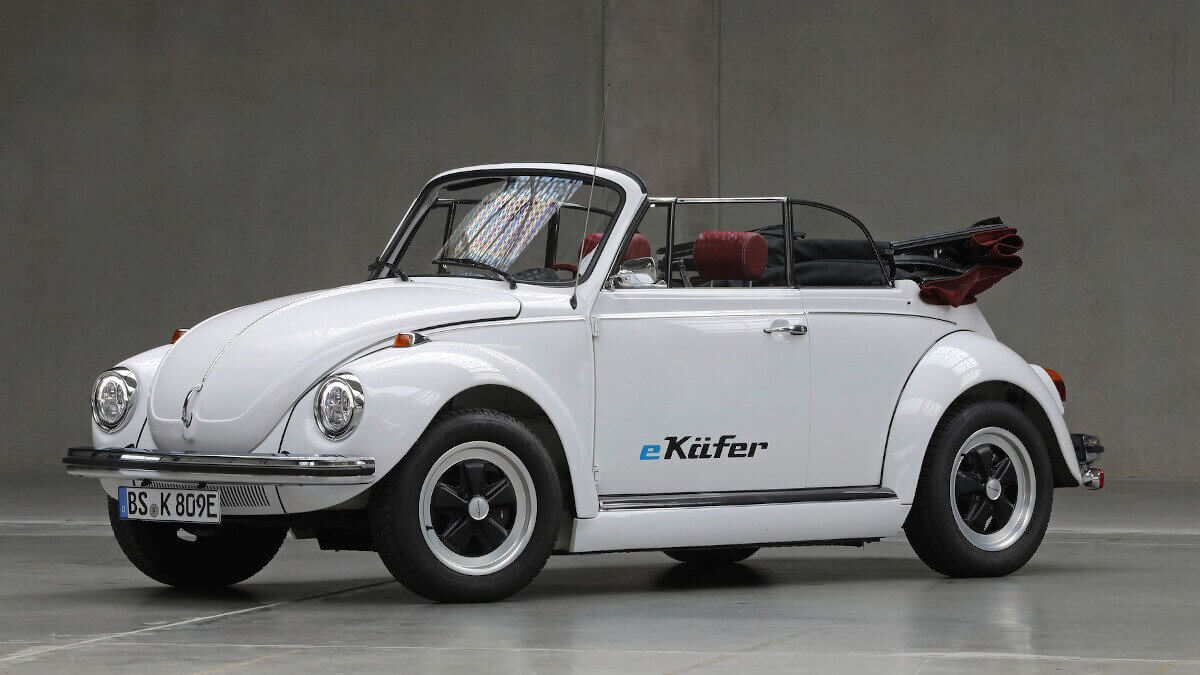 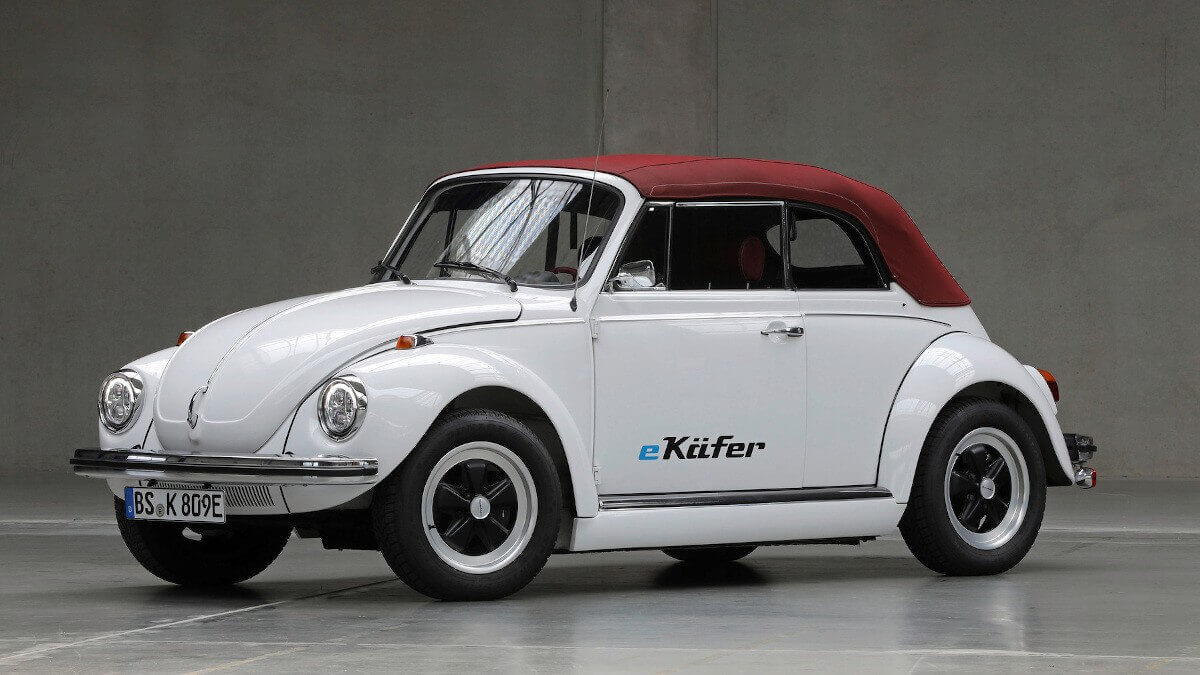 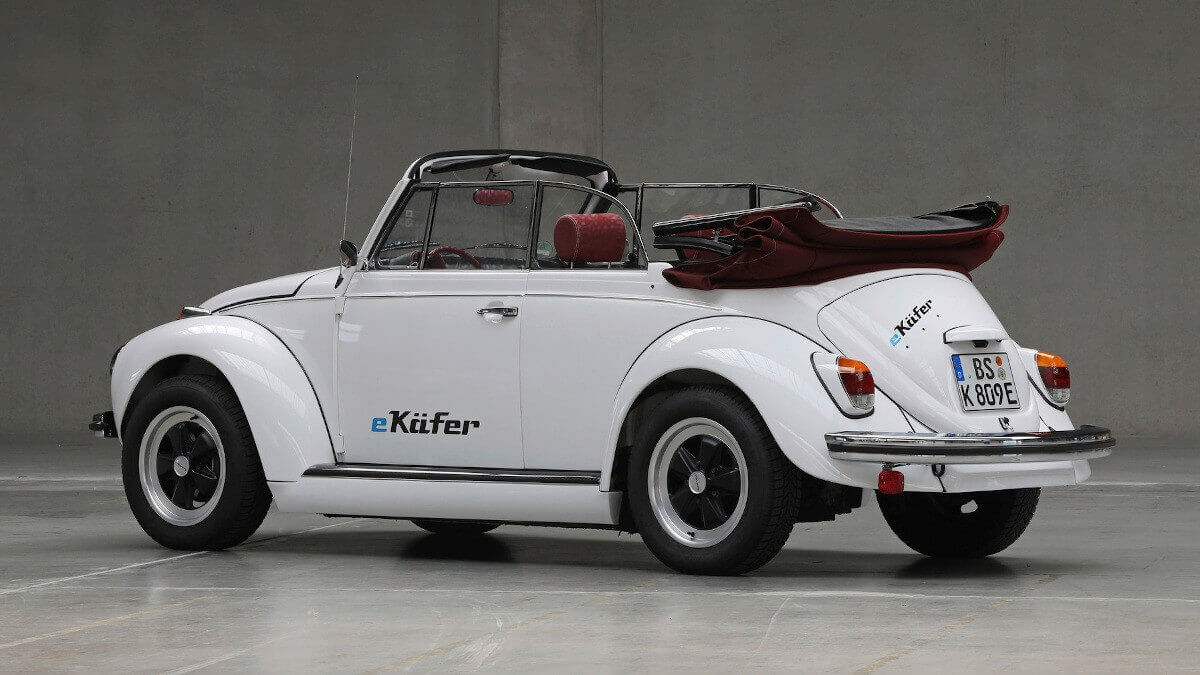 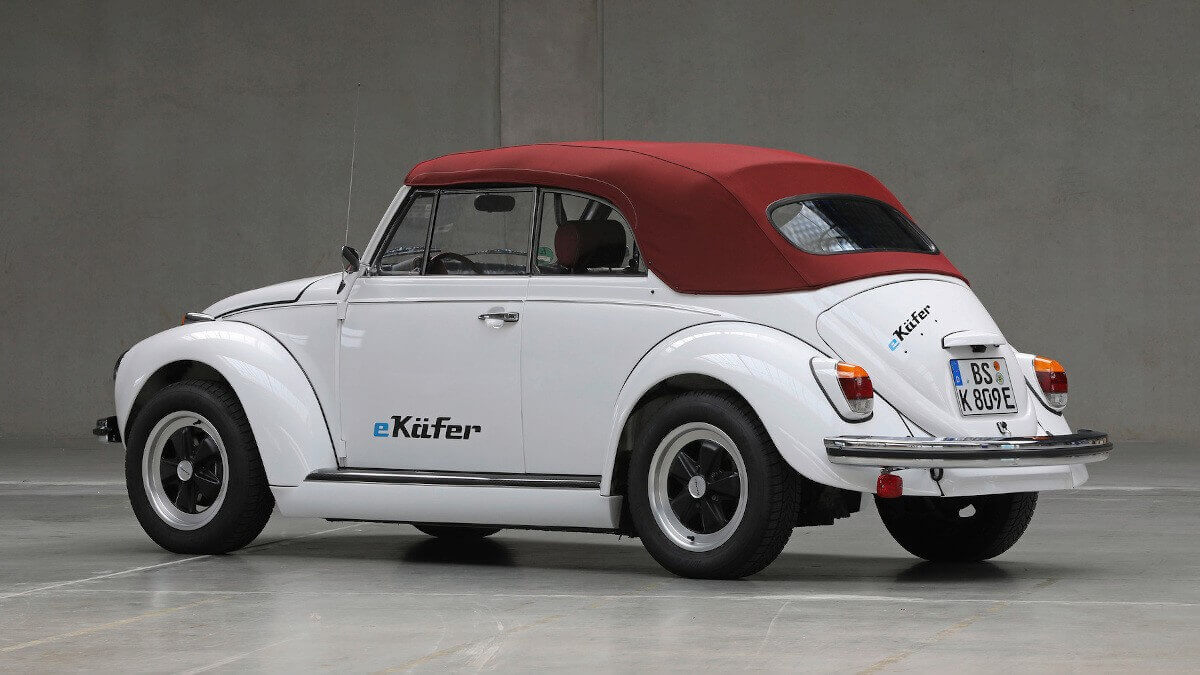 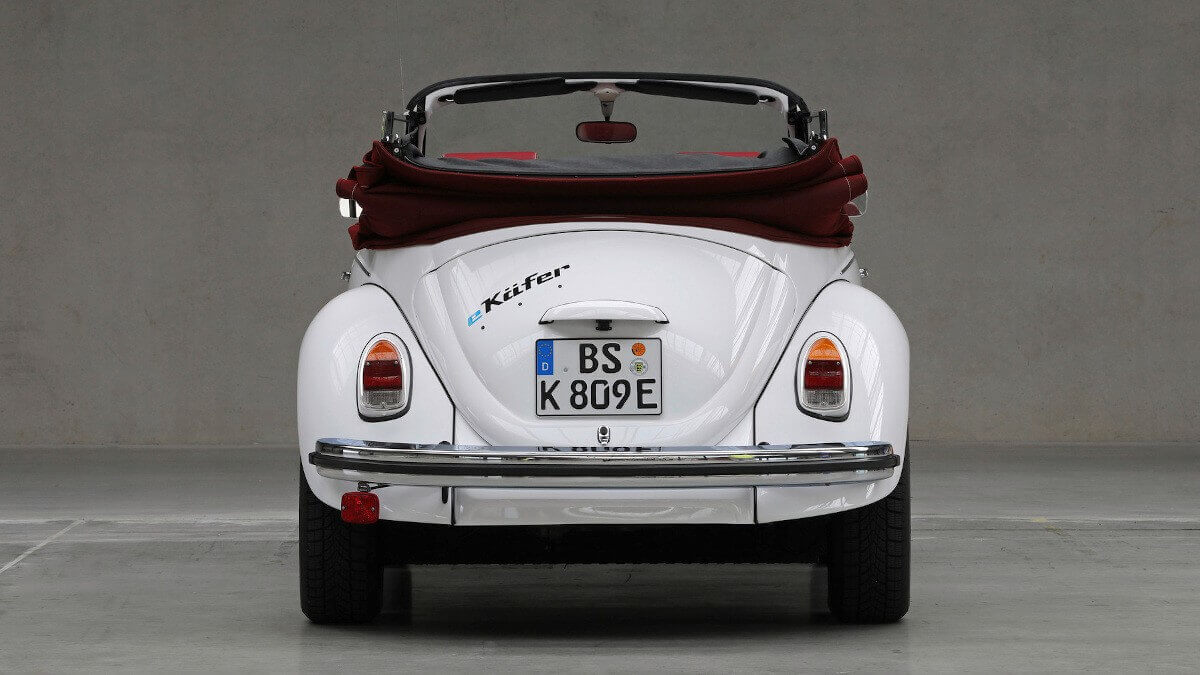 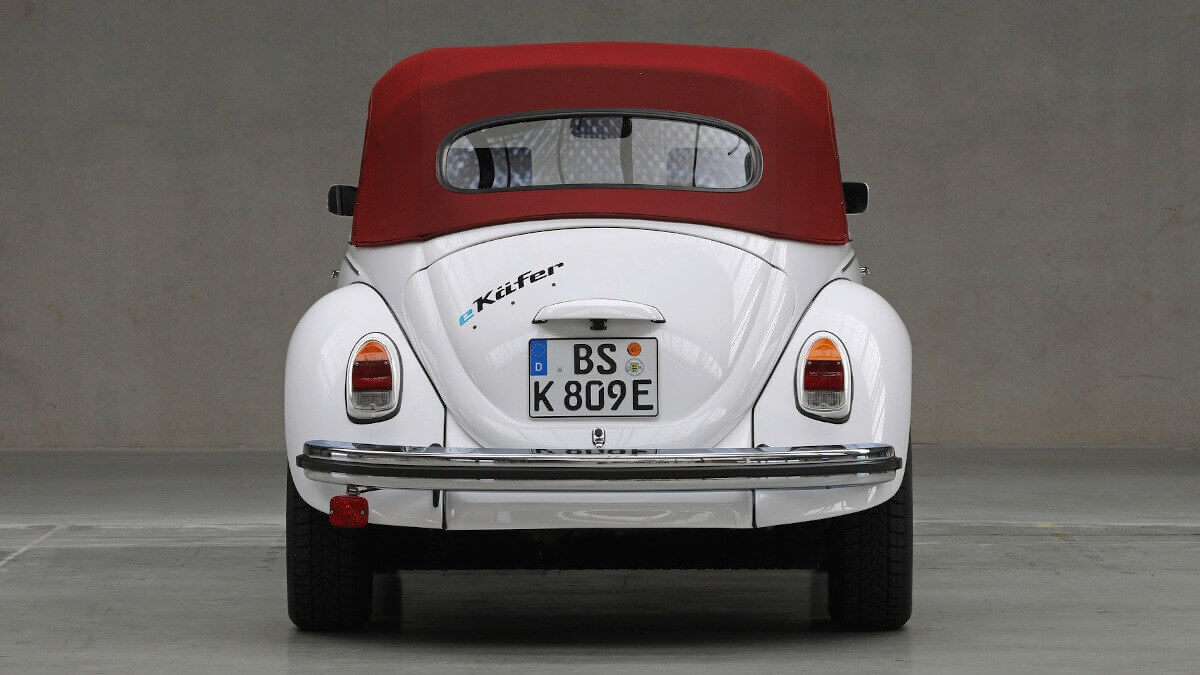 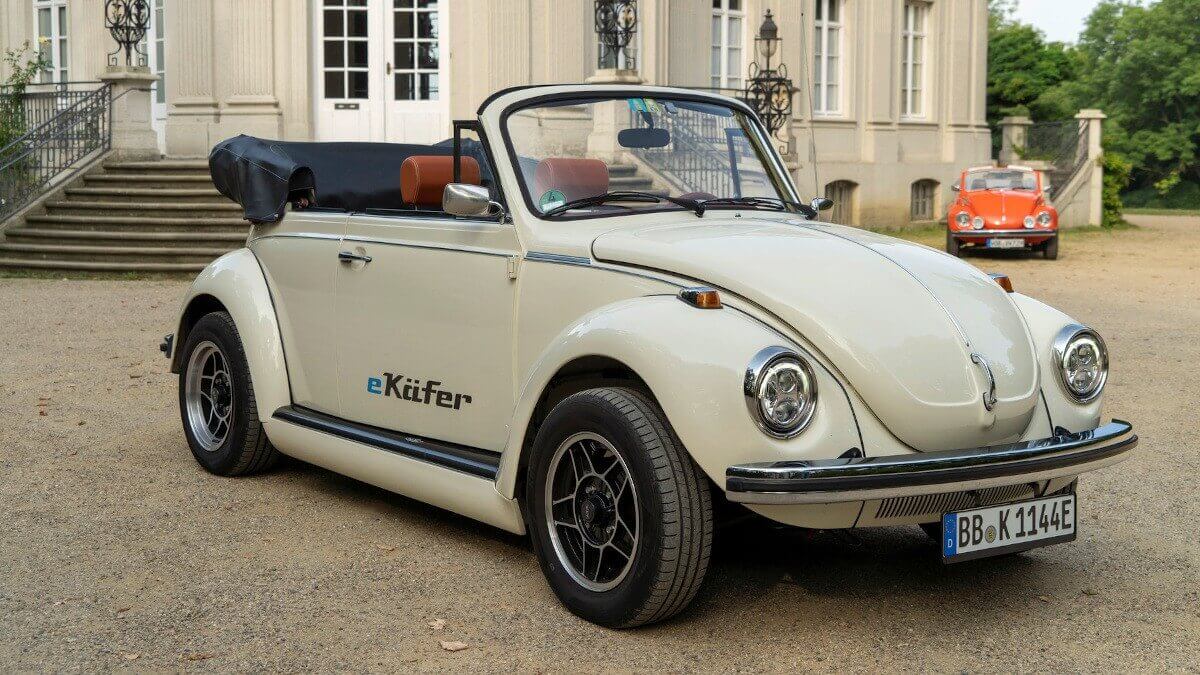 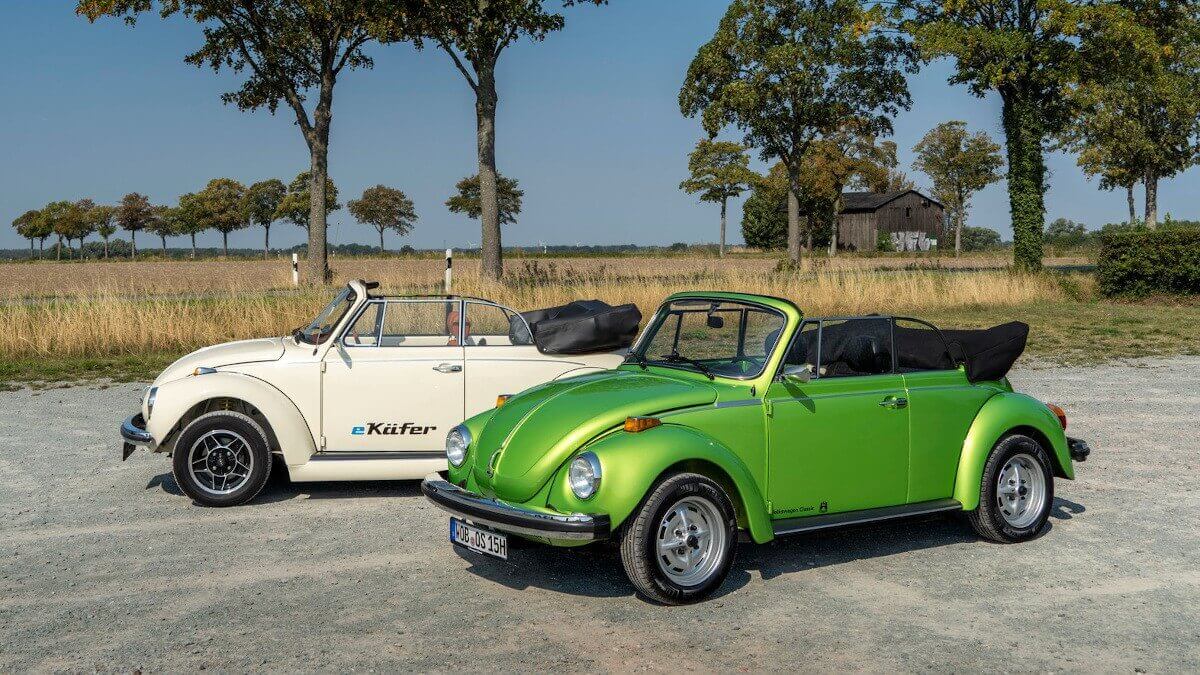 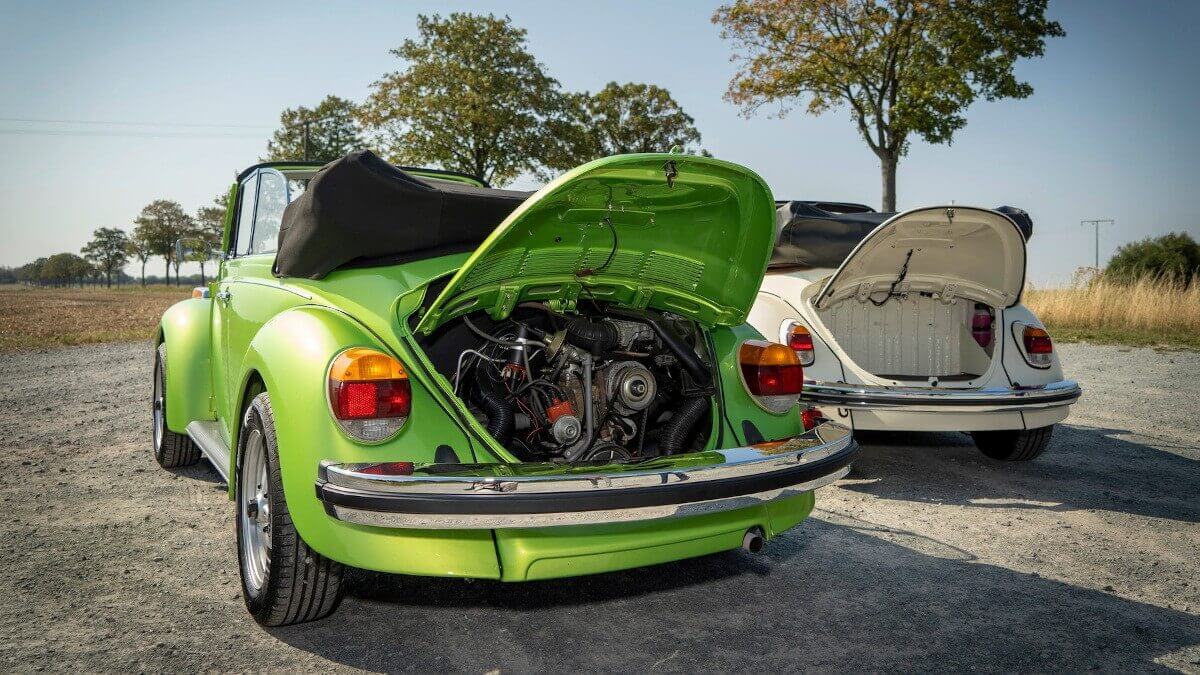 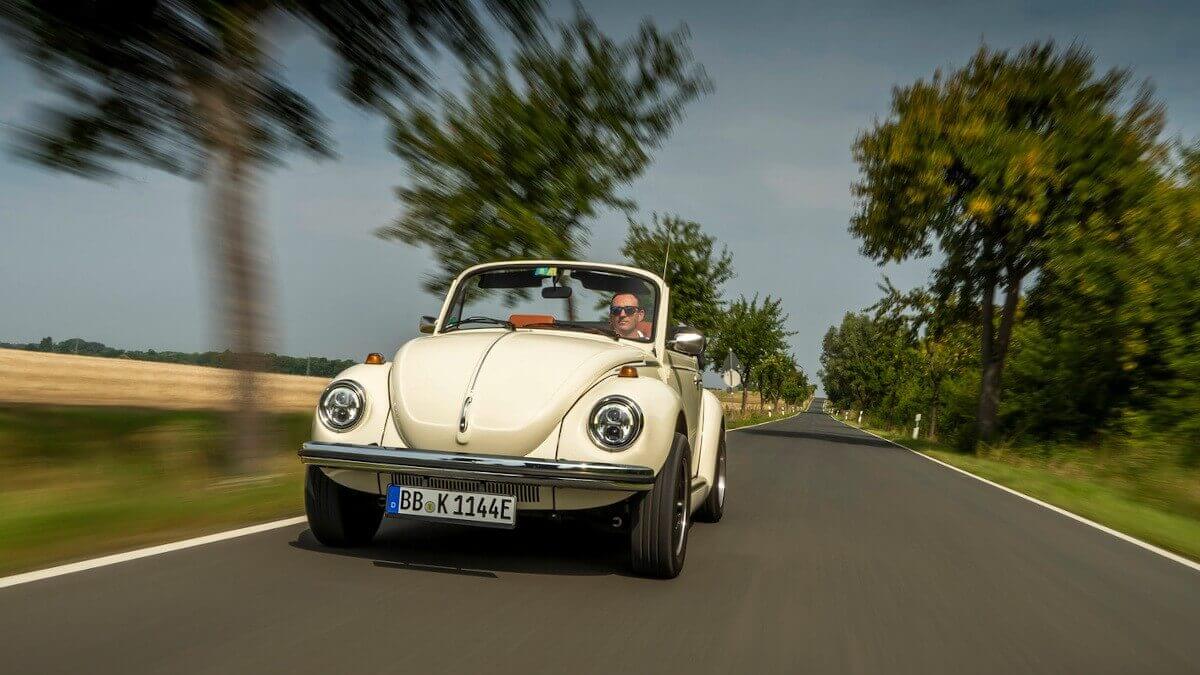 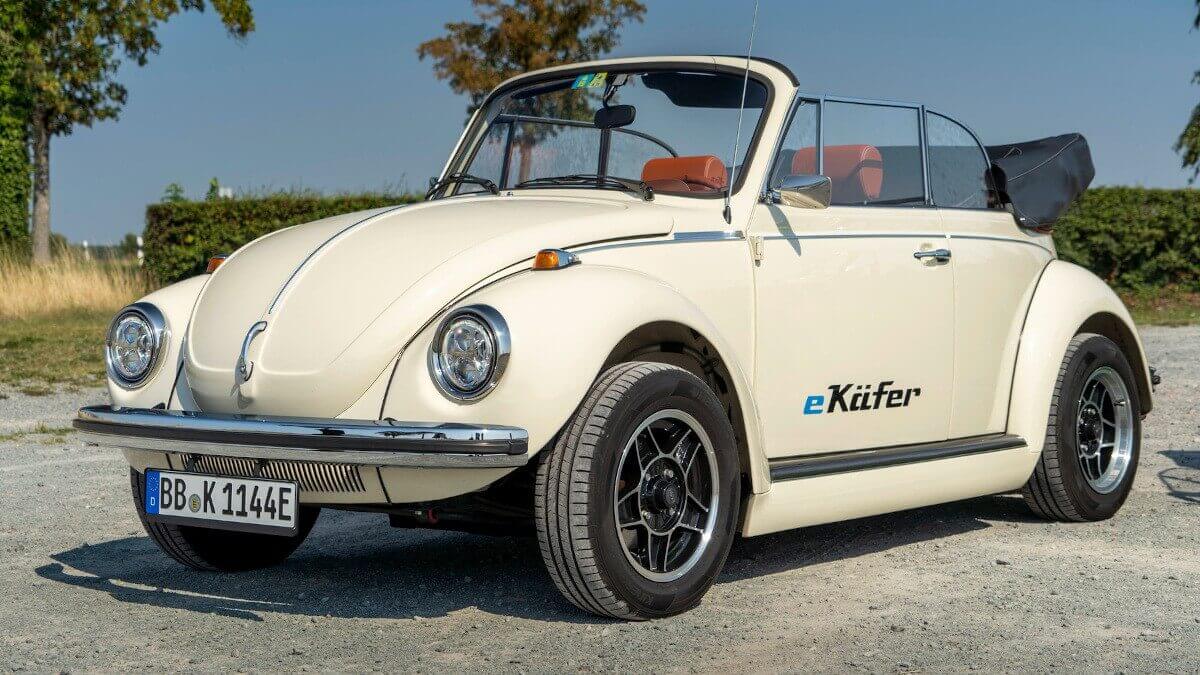 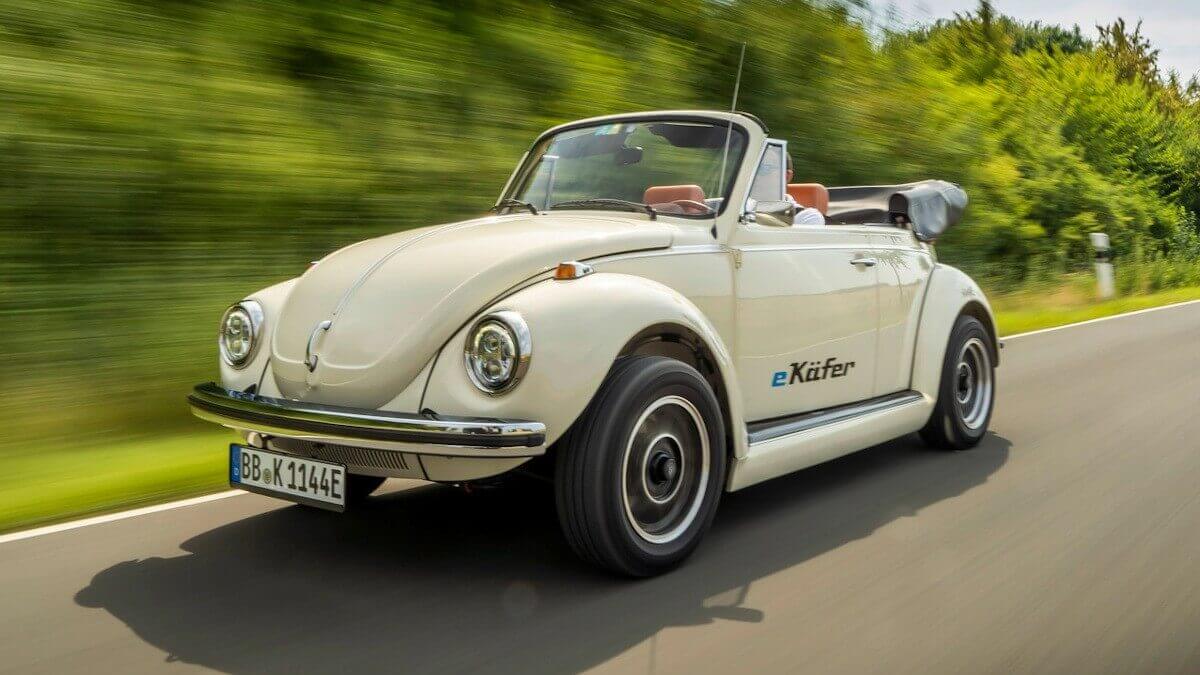 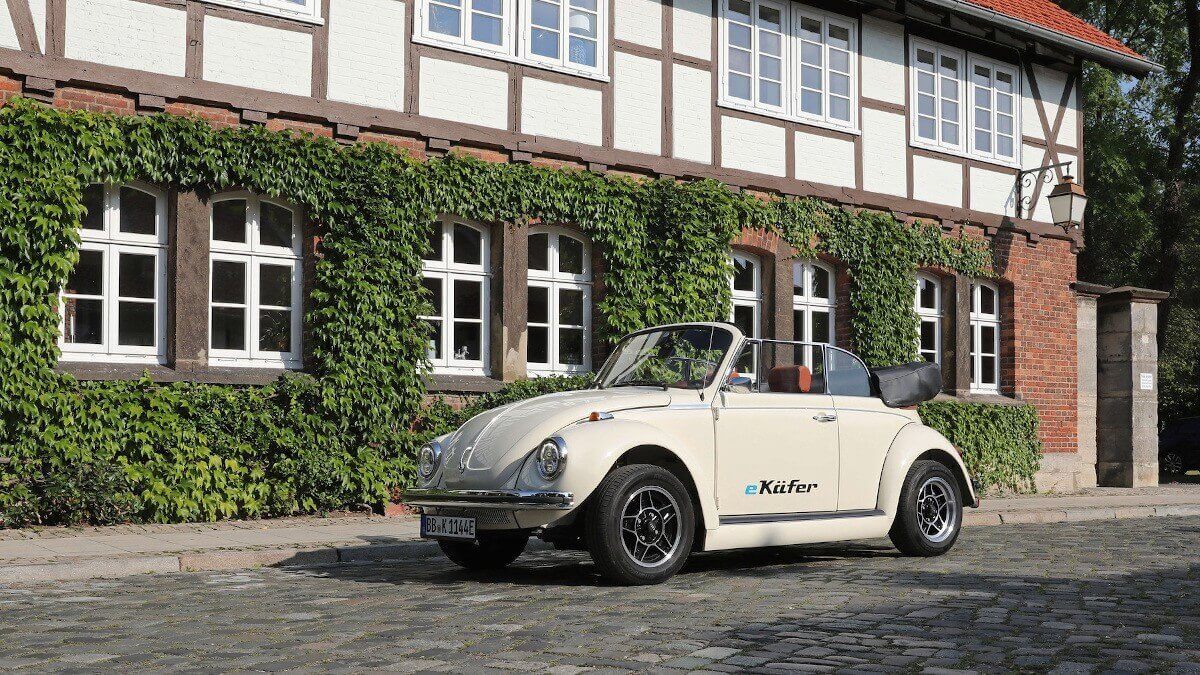 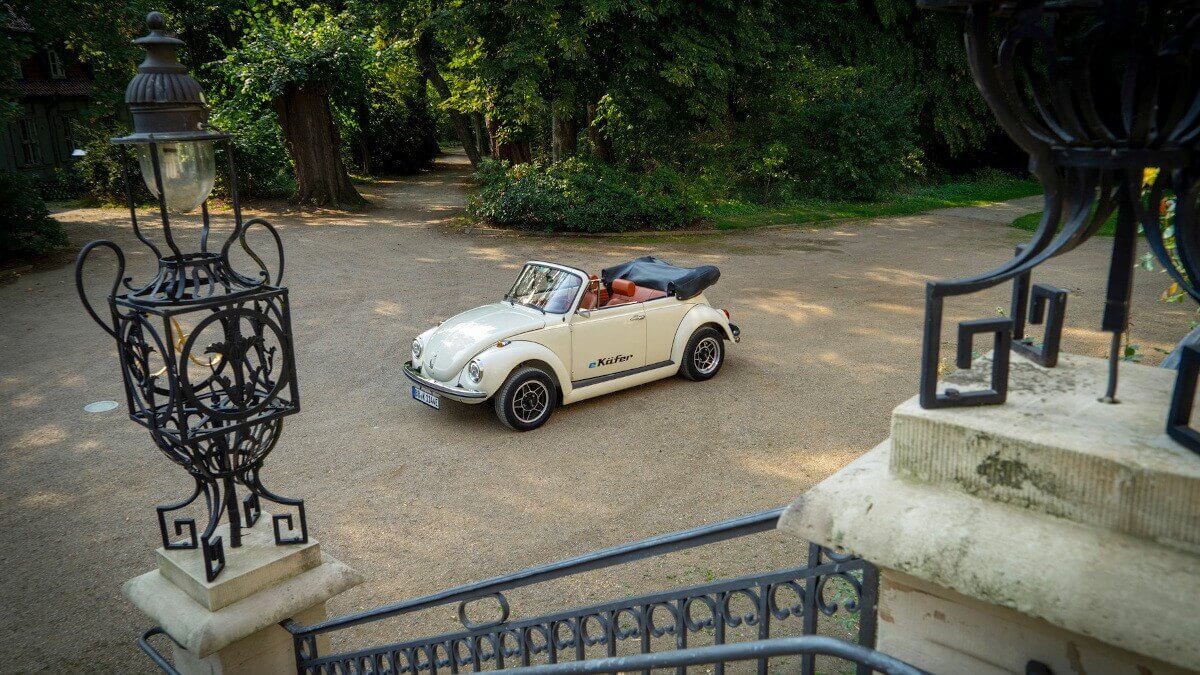 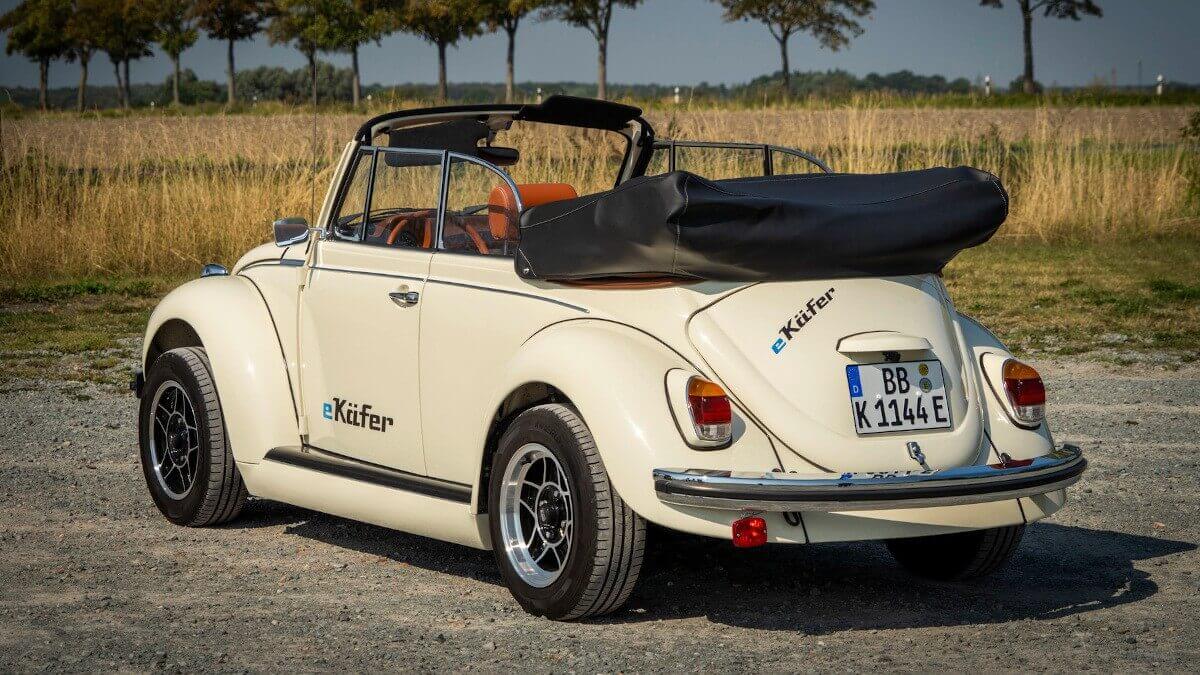 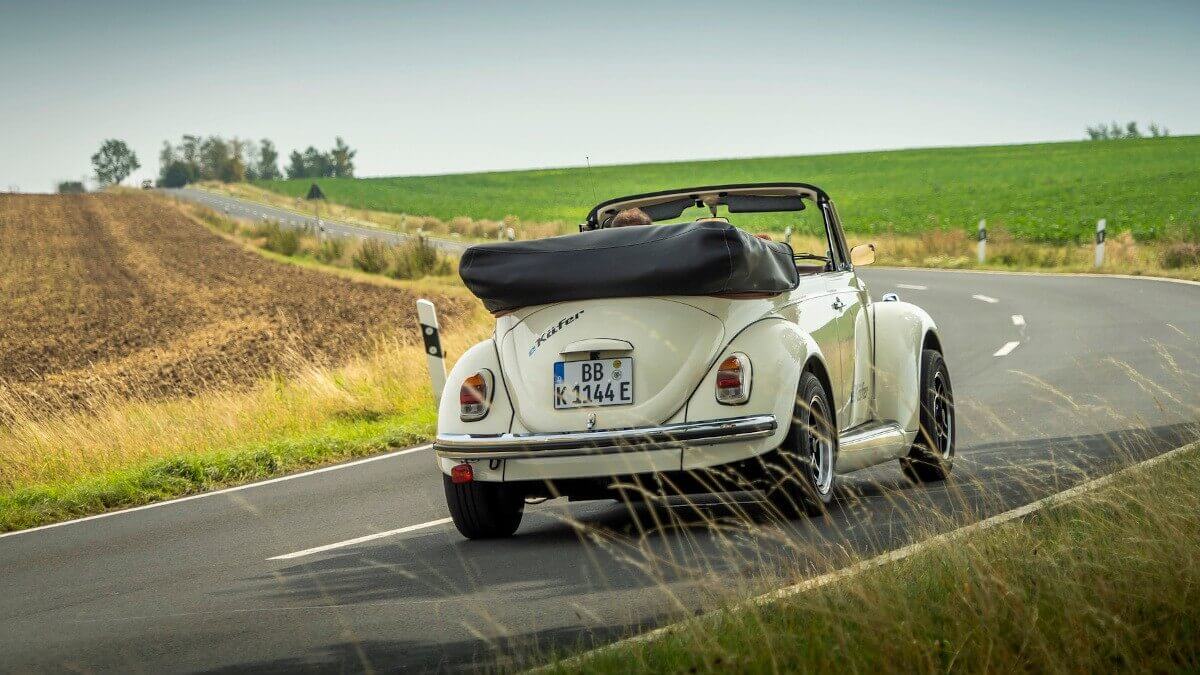 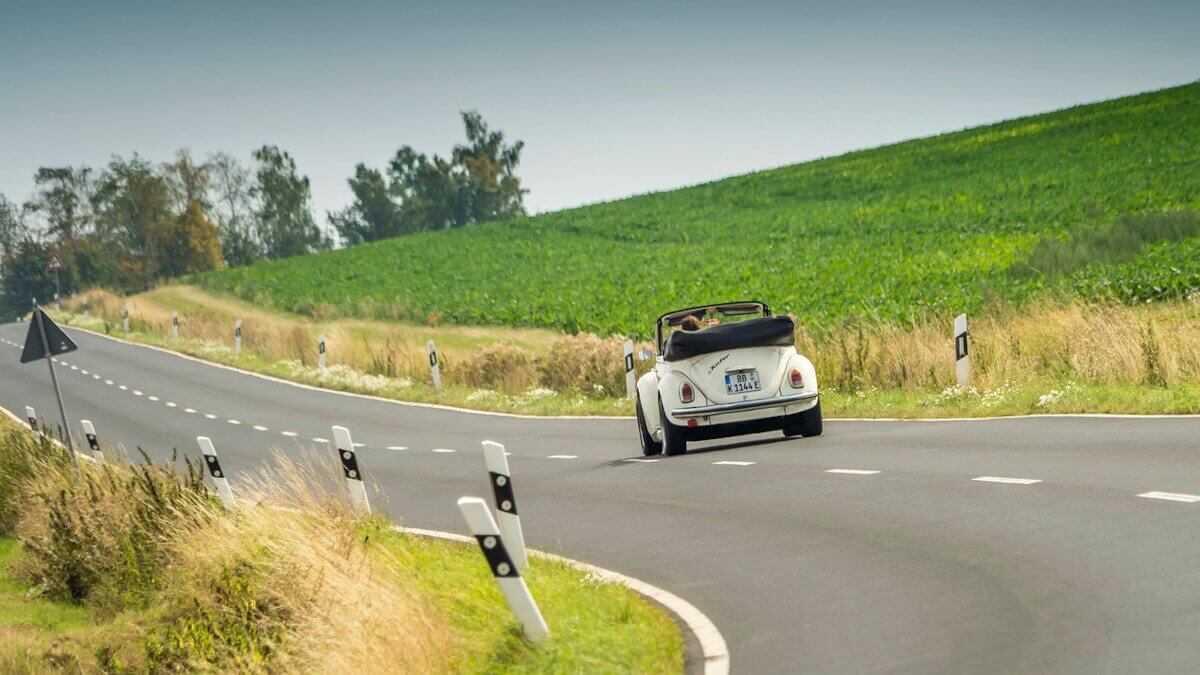 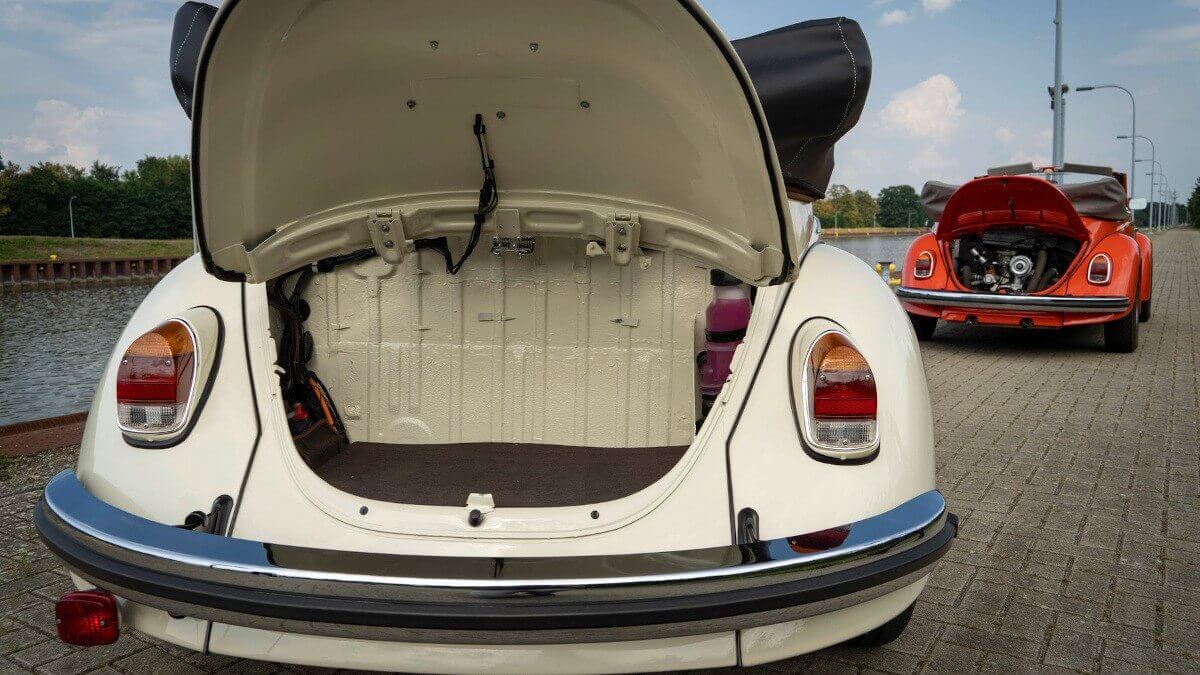 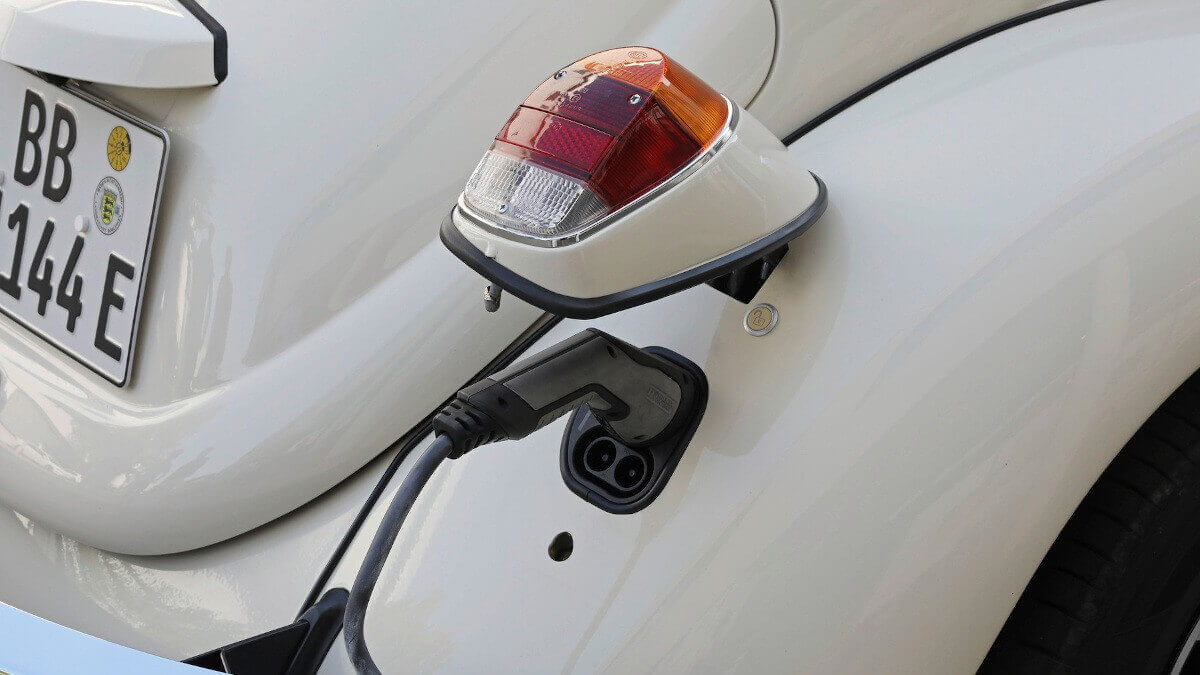 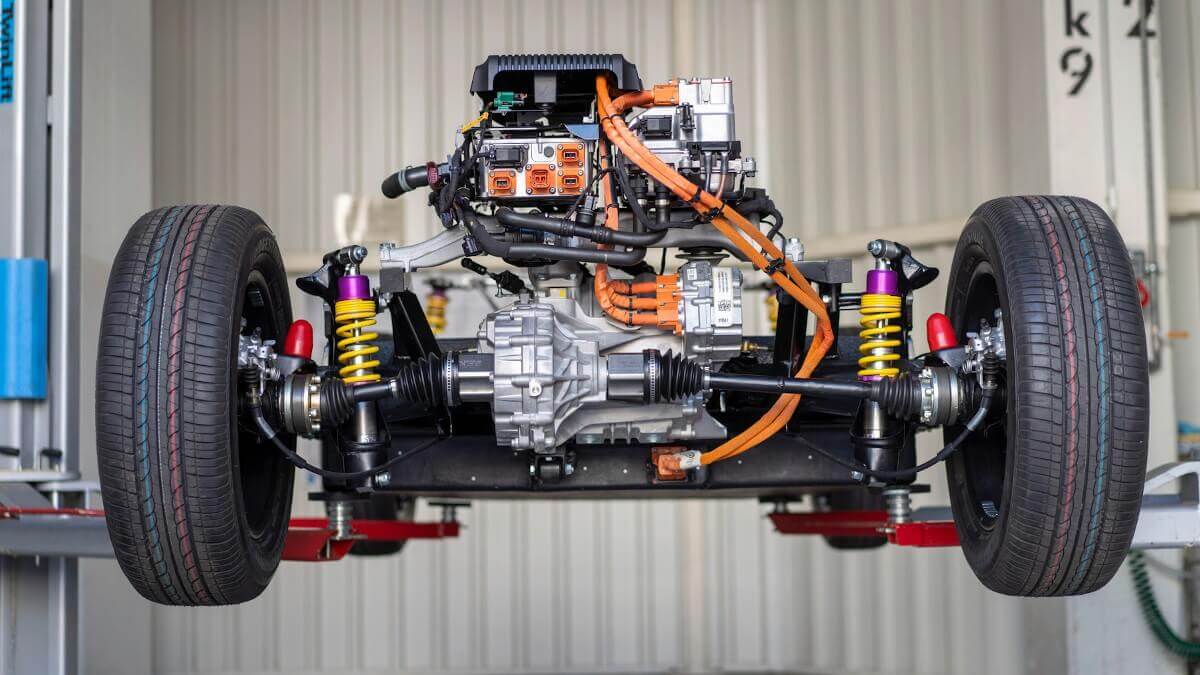 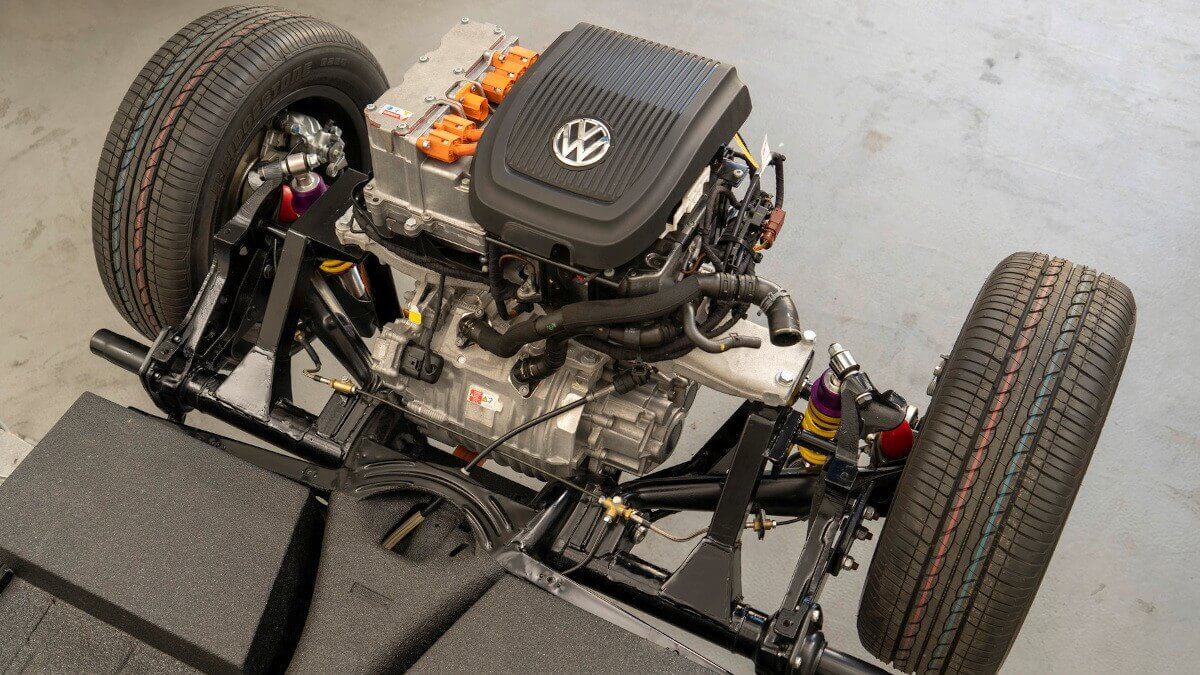 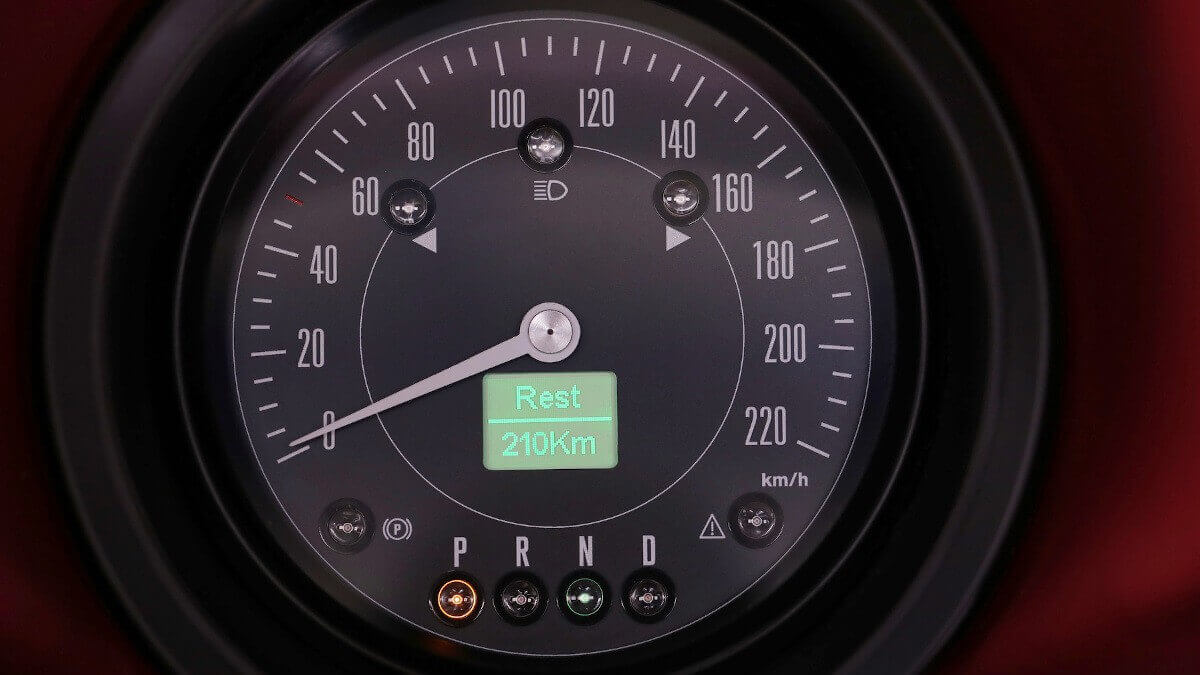 Behind the right rear light is the connection to the charging station, which complies with all current industry standards and therefore also permits the use of fast charging stations. After about one hour charging time, a further 150 kilometers can be driven. Since the comparatively large combustion engine with its attachments is no longer required, an additional luggage compartment is created under the rear flap of the eKäfer. Other modifications include new sill panels and the omission of the exhaust tailpipes under the rear bumper.

On the basis now developed, further electrified rear engine classics from Volkswagen up to a totally silent Porsche 356 are imaginable in the future. In addition, eClassics is already thinking about using the new modular electric drive matric (MEB). This would significantly extend the range and performance in the long term. But after the IAA, the eKäfer will first go into small series production – if owners of classic Volkswagen Beetles show any interest.