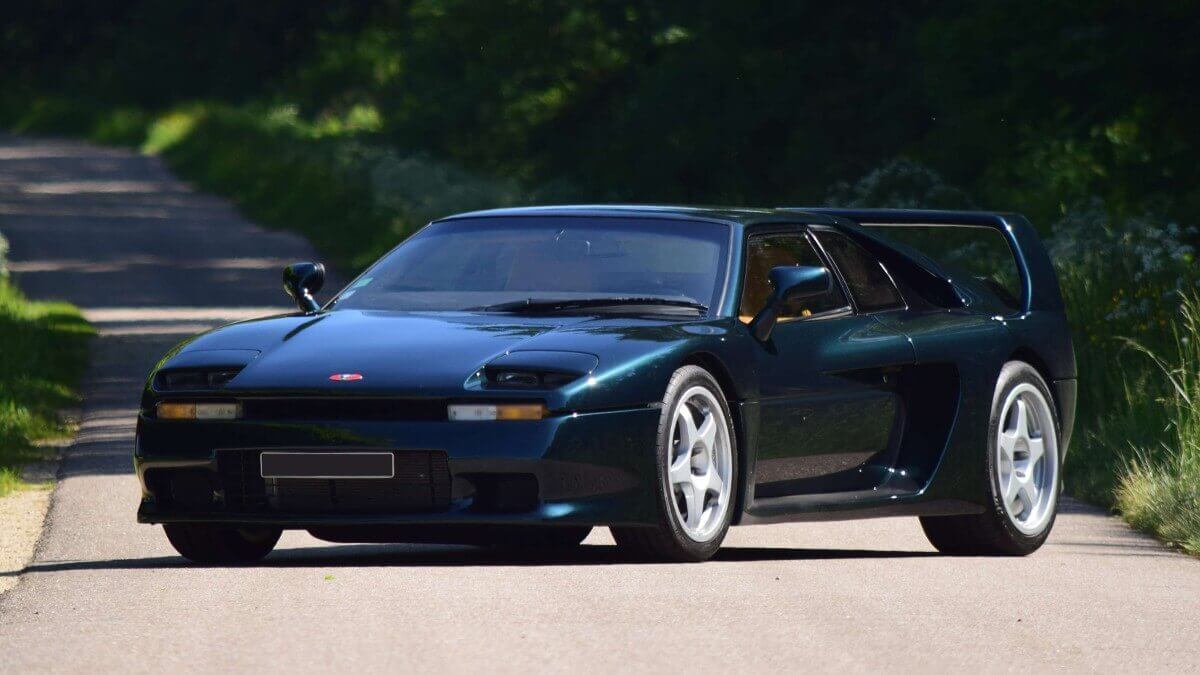 Outside of France the small sports car brand Venturi is almost unknown. It was founded in 1984 by former Alpine technician Claude Poiraud and Gérard Godfroy under the name ‘Manufacture de Voitures de Sport’, short MVS, but ultimately they used the planned model name ‘Venturi’ as brand name for their cars. Between 1987 and 2001 they built two-seater mid-engined sports cars with technical parts from Peugeot and Renault in Cholet and later in Couëron and Nice. As engine they used the well-known PRV V6 (developed by Peugeot, Renault and Volvo) in different power steps. In addition to the original model, which debuted at the Paris Motor Show 1986 and remained in the model line nearly unchanged until 1996, they offered the Convertible Transcup, the 300 Atlantique, the racing car Trophy and a derived road version called 400 GT. According to official factory documents exactly 650 vehicles have been built until the company went into bankruptcy in 2001. Afterwards there was a revival in Monte Carlo with electric sports cars which have nothing to do with the origins.

Of the 400 GT Venturi manufactured only 13 copies between 1994 and 1998. The reason for this is for once a total of three changes of ownership of Venturi in this period of time and the other a not really cheap base price of 258,500 DM. Its name is a direct hint: the 400 GT brings out 408 PS through two turbochargers on the three liter V6. Next to that it also has 520 newtonmeters. These forces are transmitted to the rear wheels via a five-speed manual gearbox. The car can accelerate from zero to 62 mph in 4.7 seconds and can reach up to 180 mph top speed, which made it the hitherto fastest production car from France. This was favored by the low kerb weight of just about a ton, but at the same time torpedoed by the sweeping bodywork with firmly integrated rear wing. Actually the car was originally intended for the in-house single-make cup and GT racing, where you need a lot of downforce. 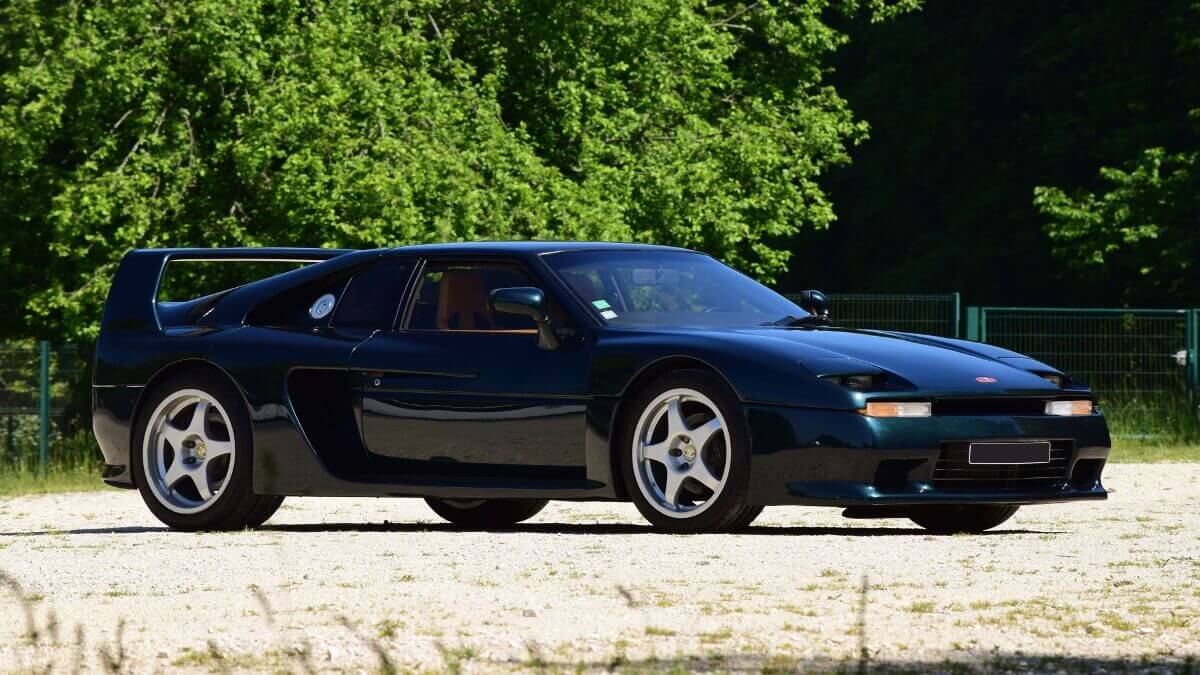 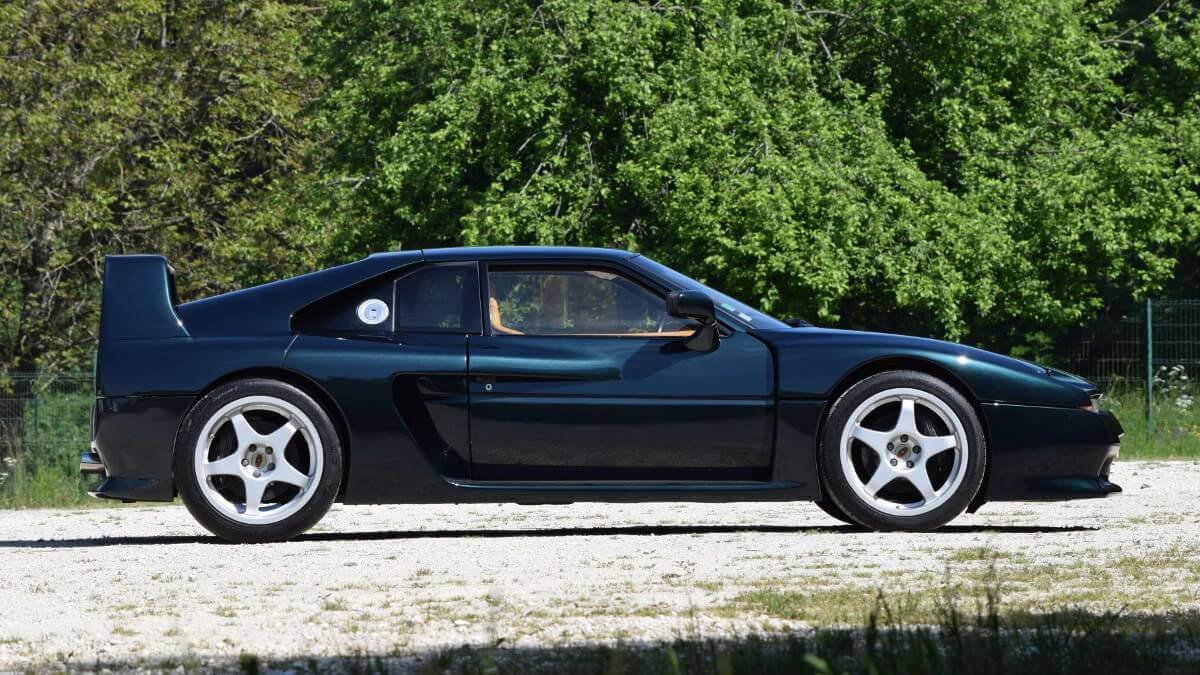 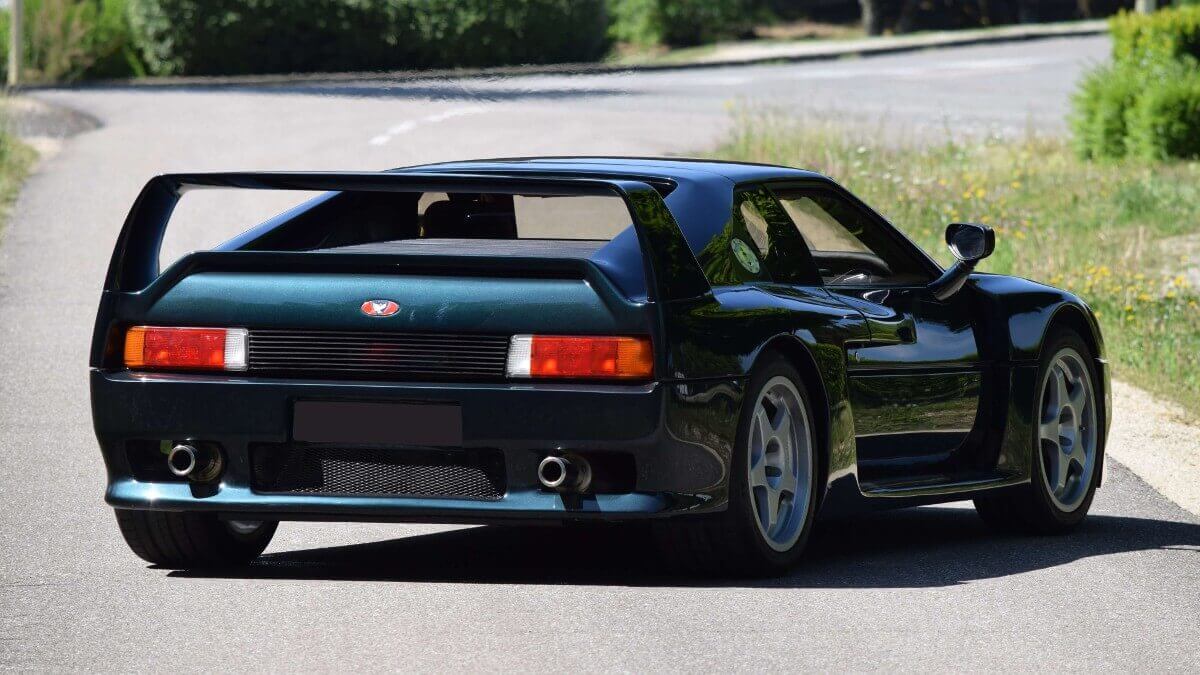 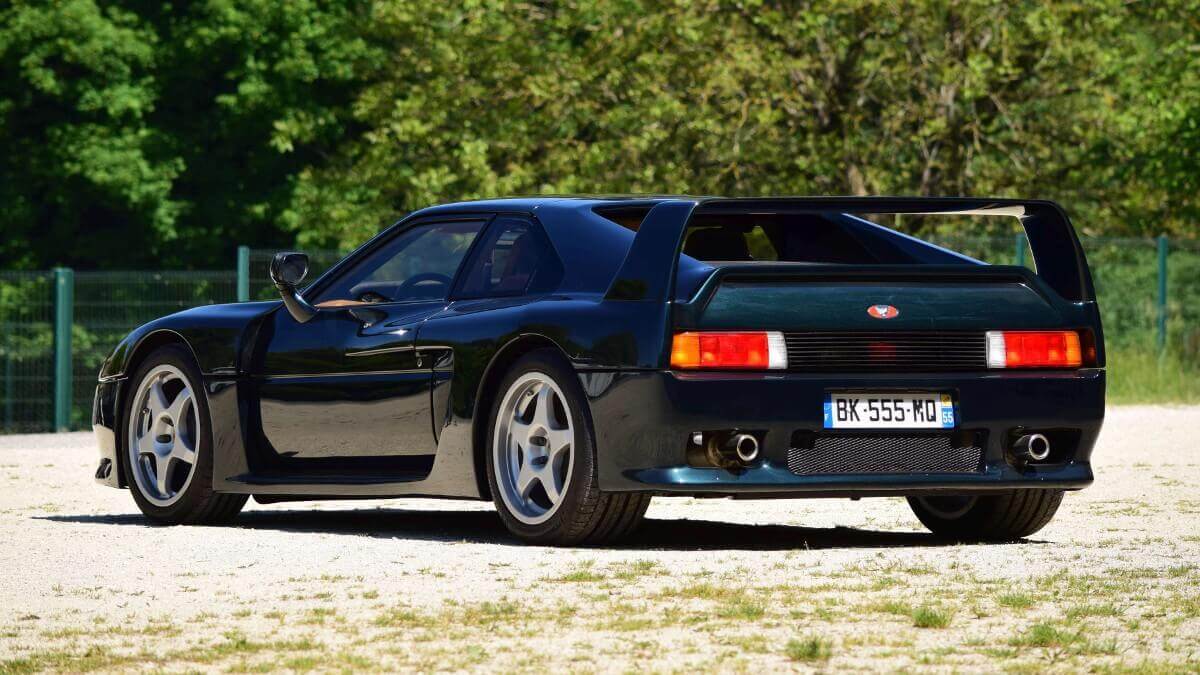 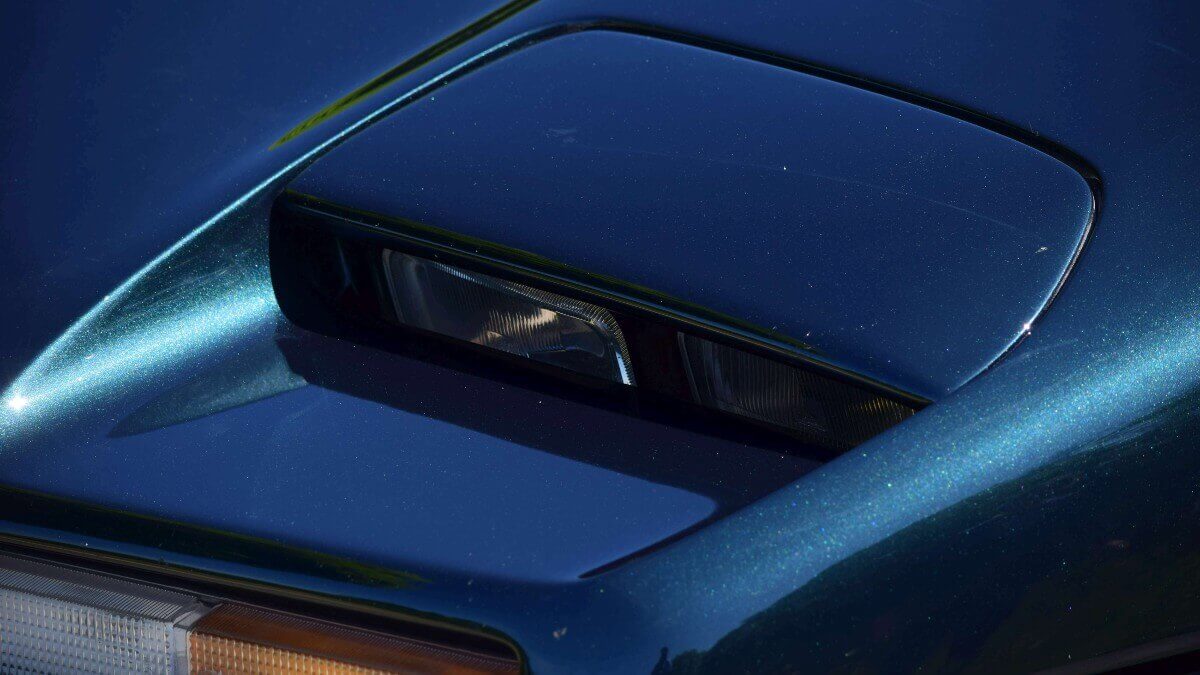 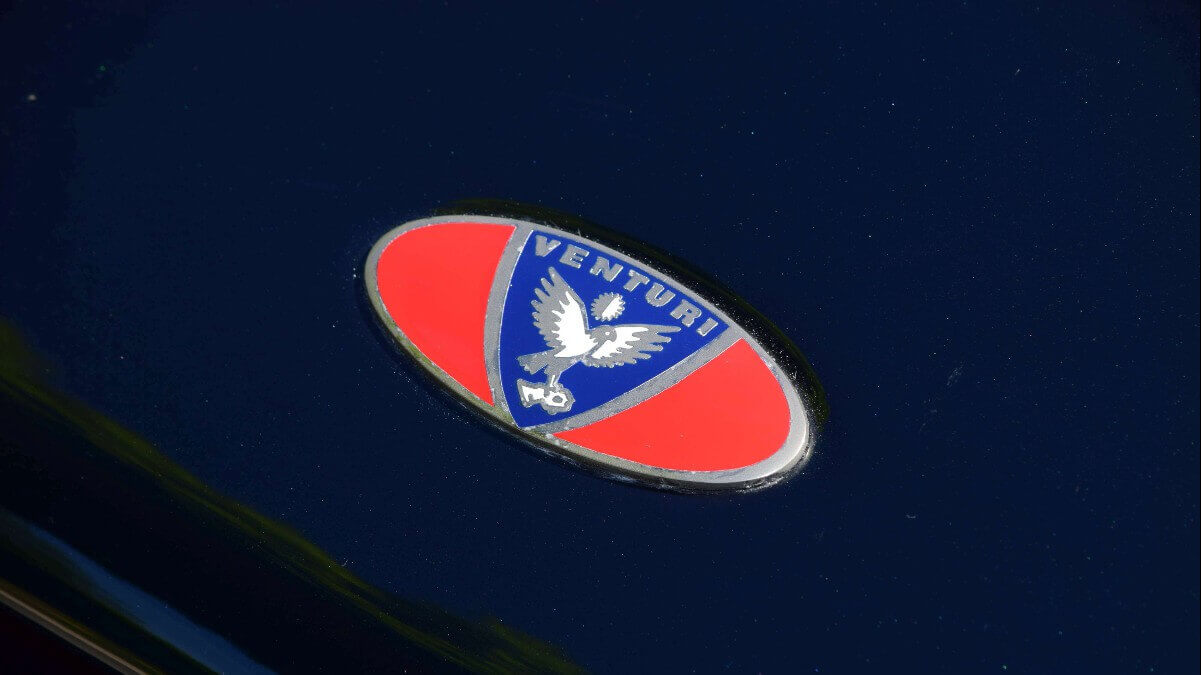 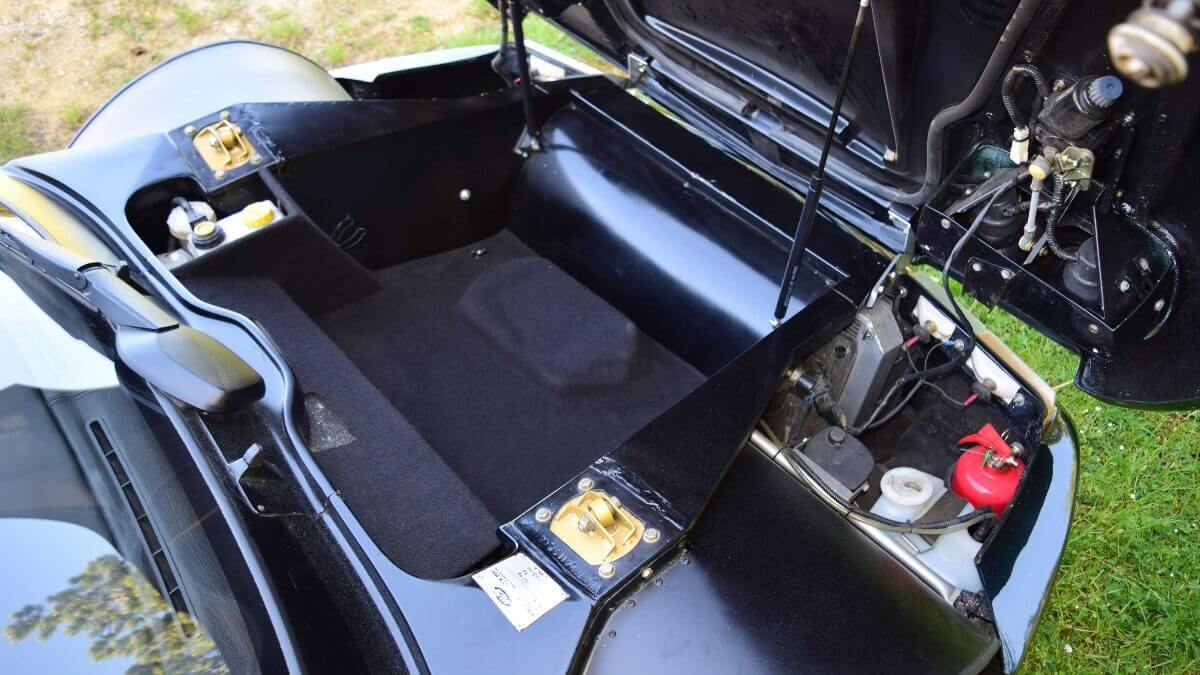 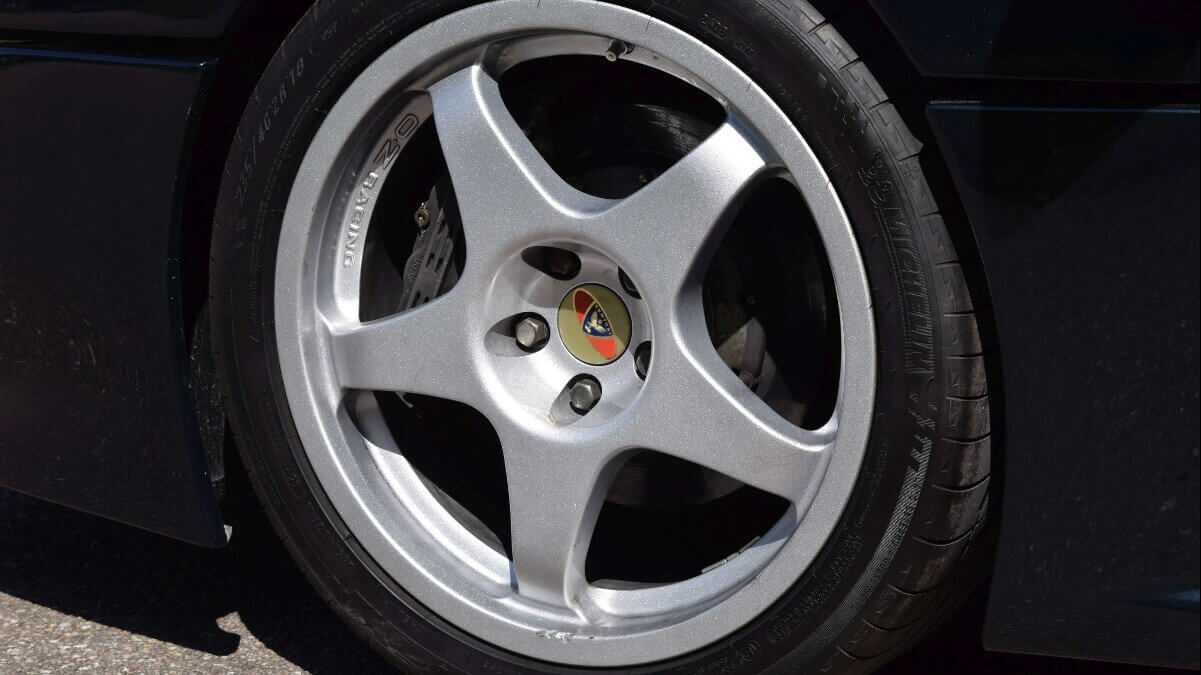 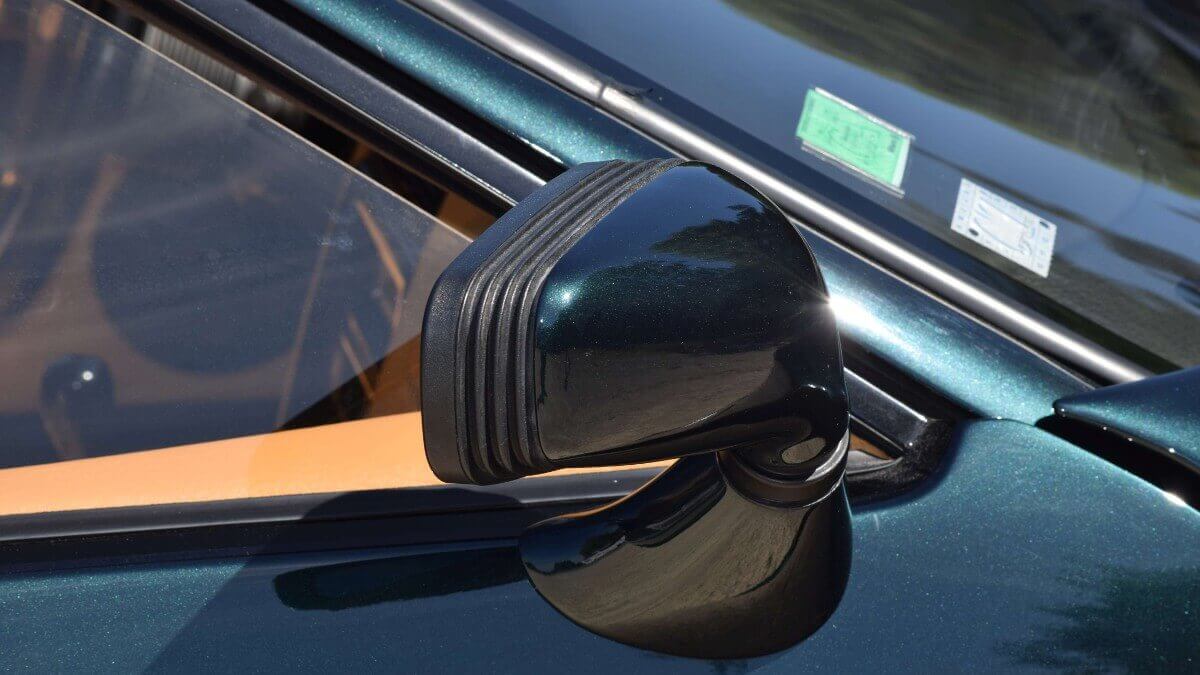 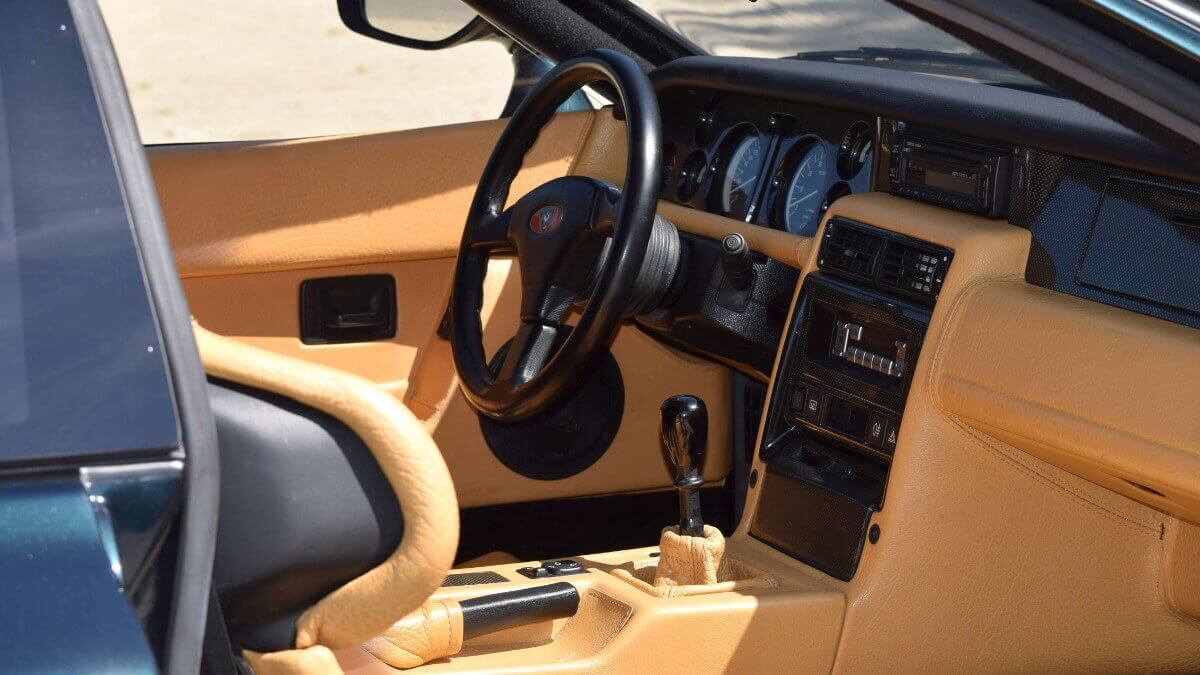 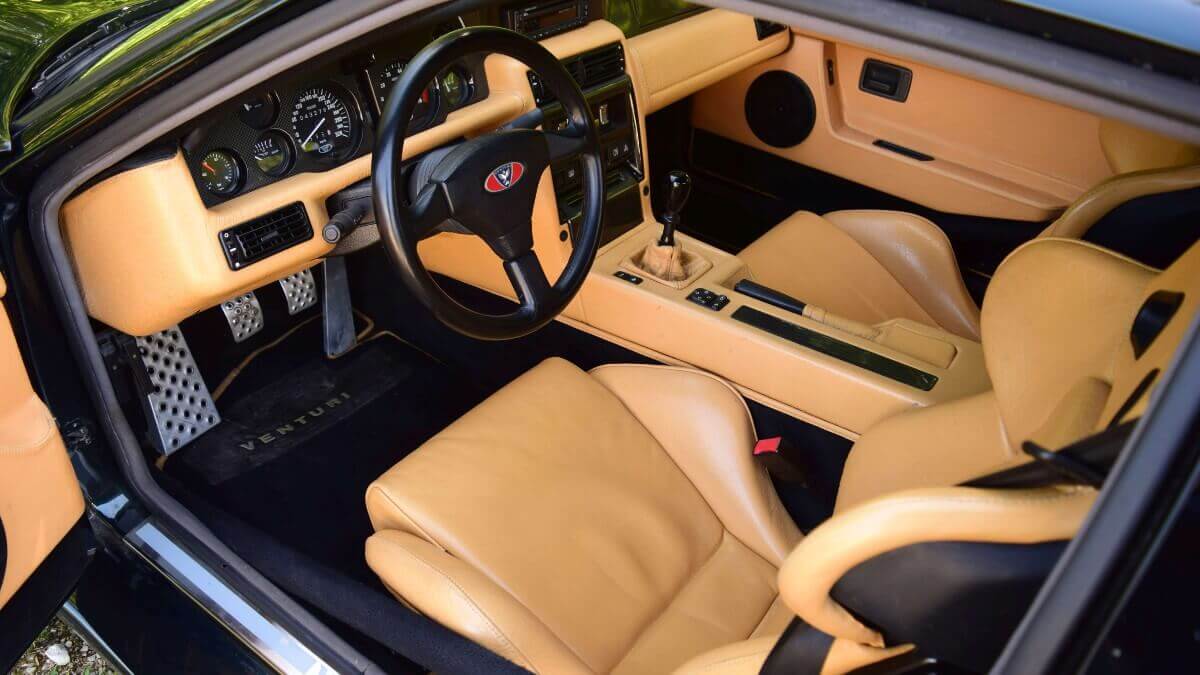 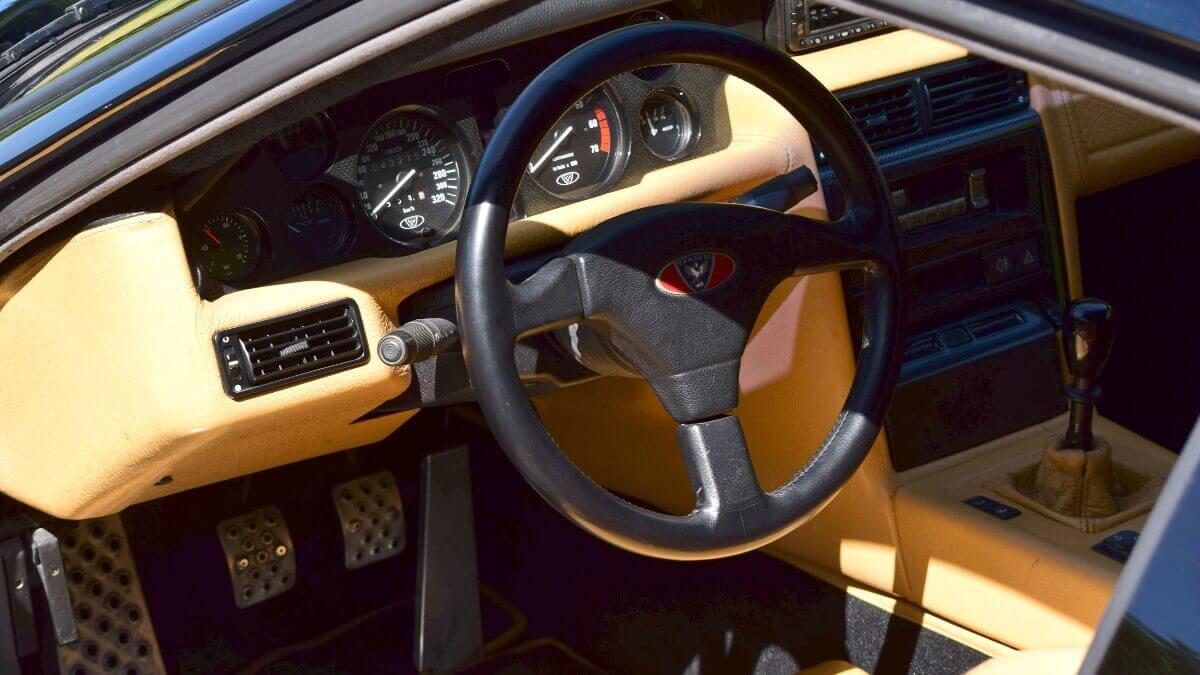 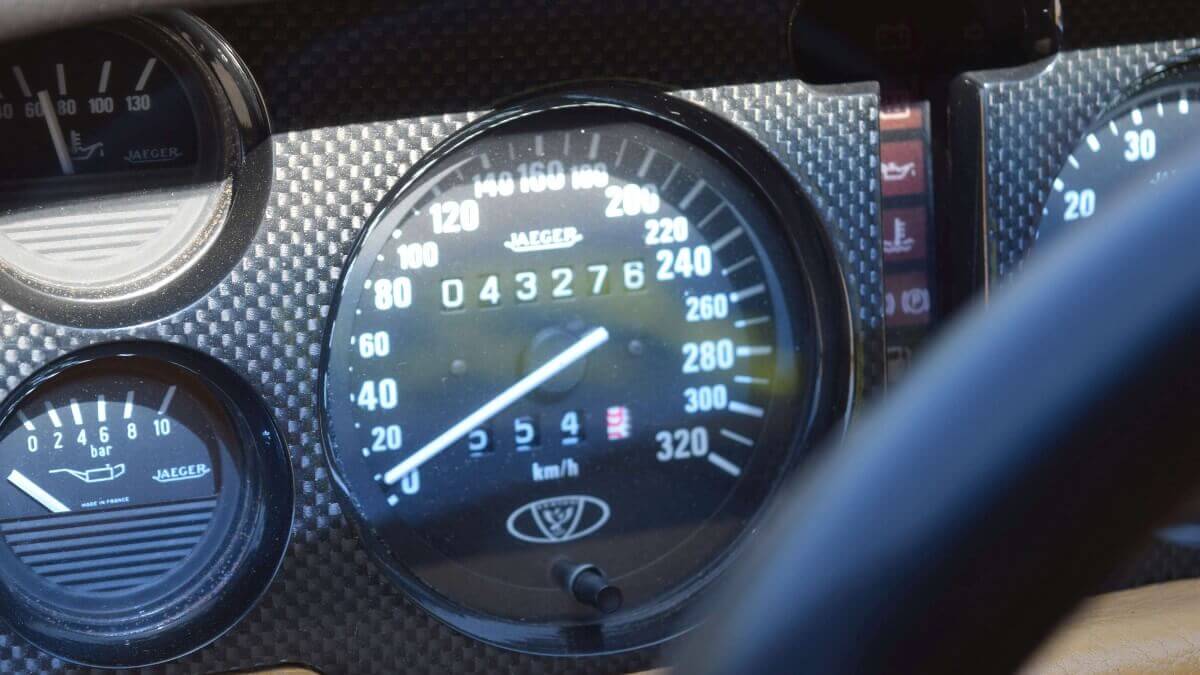 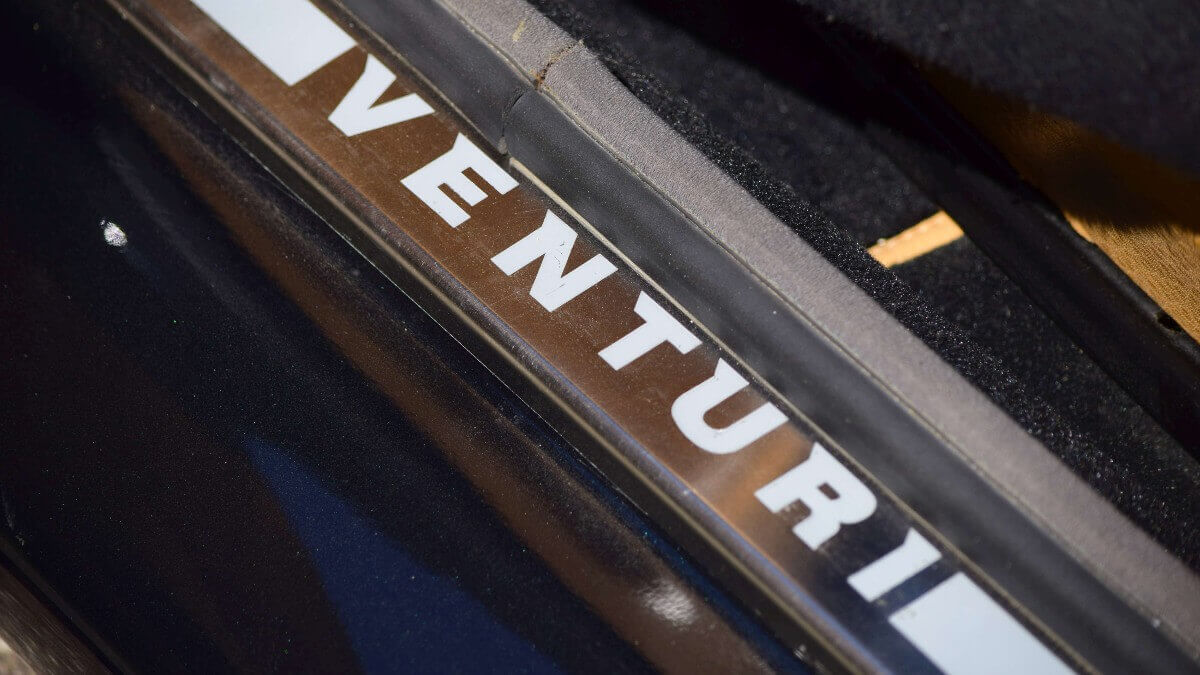 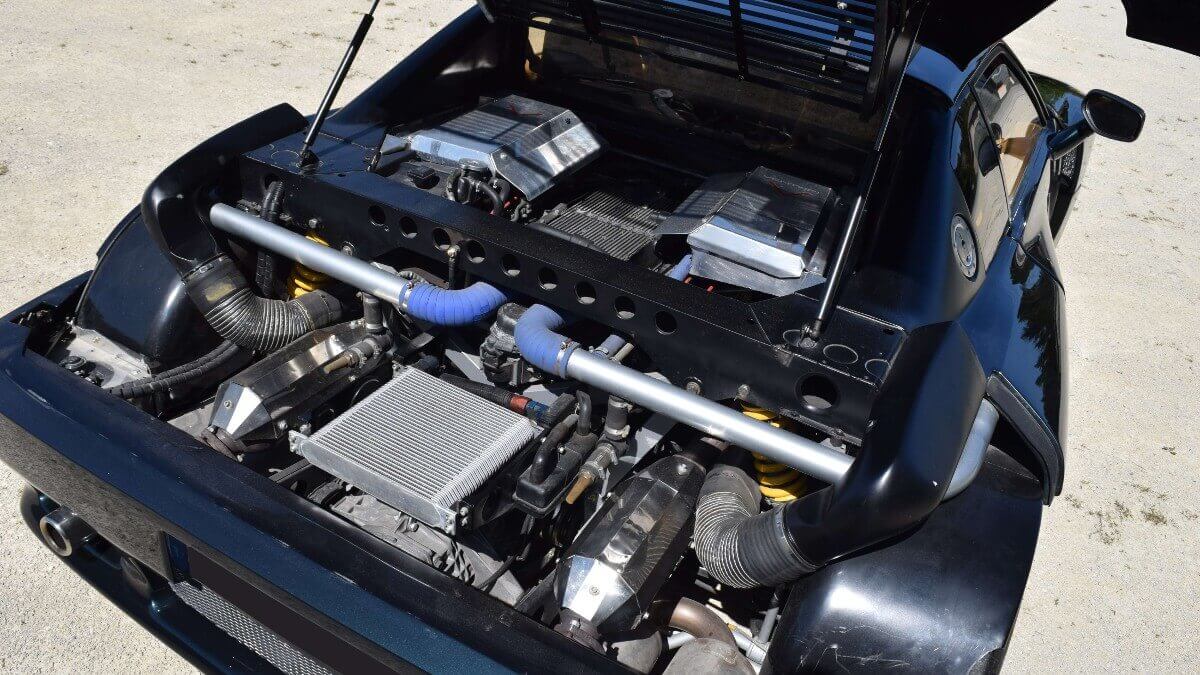 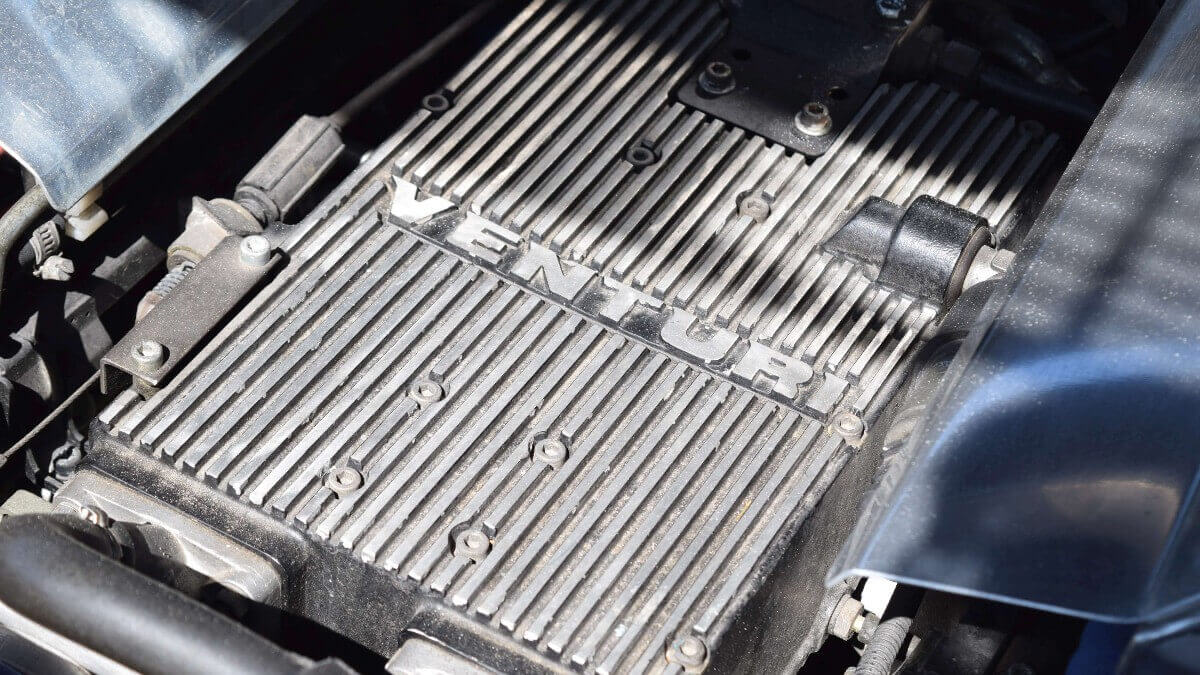 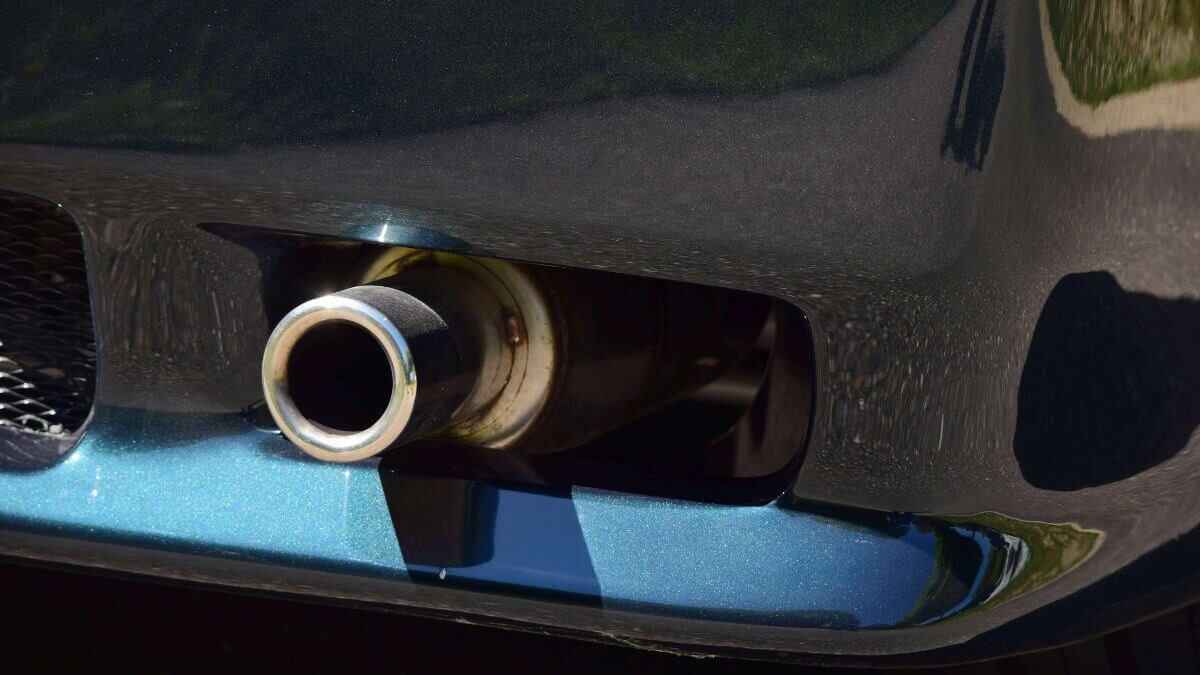 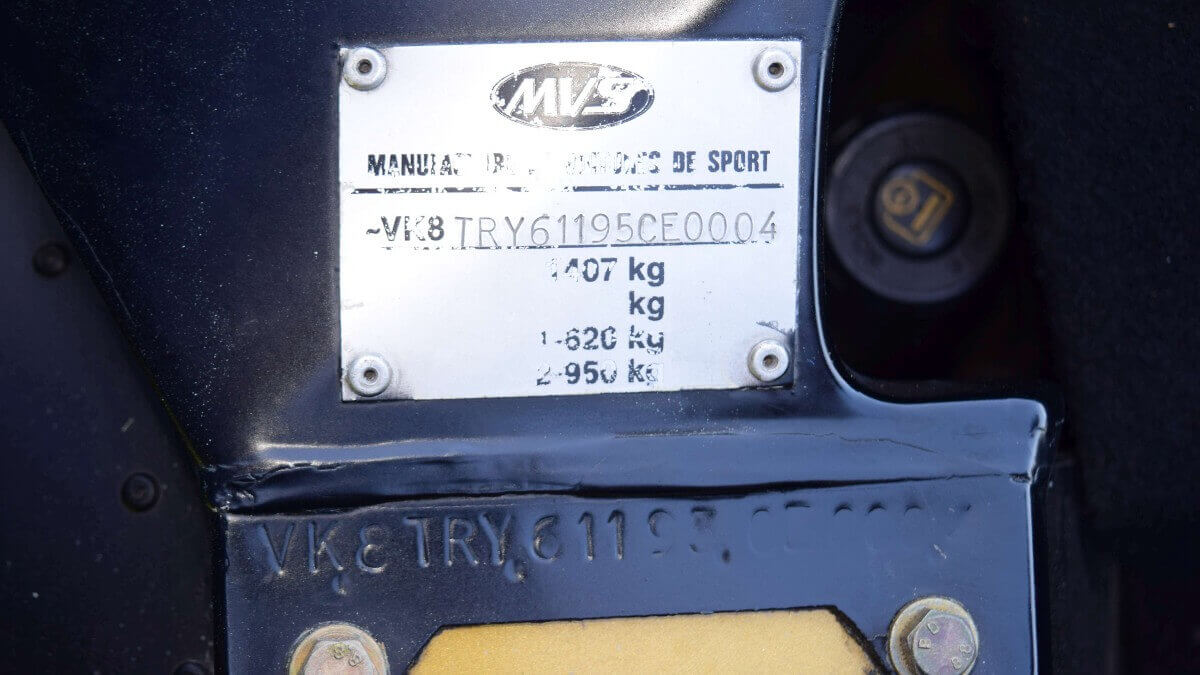 The Parisean auction house Artcurial now offers the fourth of the 13 built Venturi 400 GTs as part of their Le Mans Classic auction. It is the only car out of the series with a paintwork in British Racing Green metallic and a tan leather interior. Over the past decade the current owner put a lot of work and money into maintenance. Among other things, he had it repainted in its original color, did a mechanical overhaul, replaced the fuel pumps and perfectly aligned the geometry. Inside the car shows its original interior with the dashboard wearing slight fading on top with dignity.

Overall the odometer only shows about 43,000 kilometers. Whoever takes over the vehicle receives basically a so to speak a year-old car. Of course, all original tools and instruction manuals are part of the offering. Artcurial expects a hammer price between 180,000 and 240,000 euros.