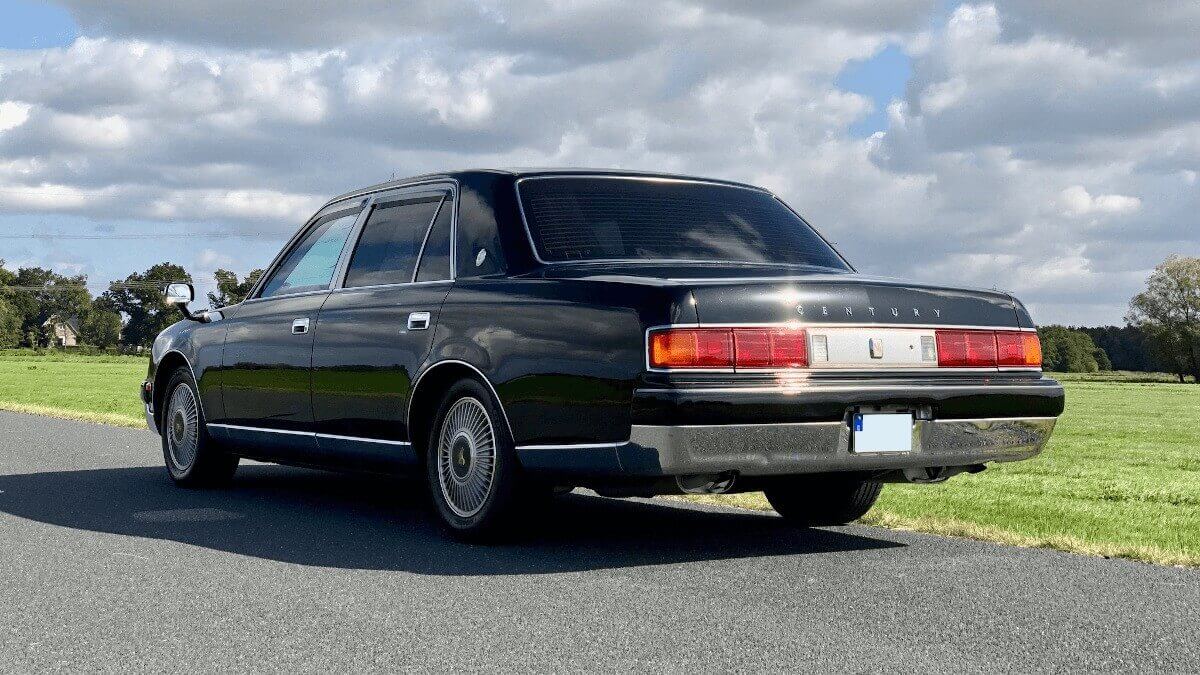 If you take a look at our picture gallery, what do you see? Right, a big sedan. Probably you can also see that the car dates back to the 1990s and is most likely from a Japanese manufacturer due to its design. The exterior mirrors positioned on the front fenders and the steering on the right side are also a good indication for connoisseurs that this car comes directly from Japan. Everything correct so far. What the pictures don’t show is absolute peculiarity of this car. This lays under the bonnet and drives the rear wheels with the 206 kW/280 hp that are usual in Japan. This performance limit was regarded as a voluntary self-control by Japanese manufacturers and was complied with by all local brands, at least on paper. However, it can be assumed that some additional horsepower came along on various Japanese sports cars built in the 1990s as well as on this limousine. After all, this is the second model generation of the Toyota Century and thus the first and so far only Japanese car with a V12 engine. This has five liters of displacement and, in addition to the official 280 hp, also releases a maximum torque of 460 newtonmeters on the automatic transmission. Early models had four gears, later Toyota installed an ‘intelligent’ six-speed automatic.

You don’t know the Toyota Century
But first of all it has to be clarified what a Toyota Century is. Outside the Japanese domestic market (JDM), almost nobody really knows this luxurious upper class sedan. It made its debut in 1967 on the occasion of the 100th birthday of brand founder Sakichi Toyoda, which is why the model name was chosen. Since from the outset only a small volume production was expected, but at the same time they wanted to offer as much luxury and quality as possible, Toyota shifted the production to Kanto Auto Works Ltd., where the Century is almost exclusively handmade. The usual black or dark blue paintwork consists of seven layers of paint applied by hand. The chrome of the bumpers, sills and exterior mirror caps is also polished manually by the employees in many hours of detailed work.

In addition to corporate bosses and high dignitaries, the Japanese government and the imperial family of Japan were also customers for this special vehicle from the very beginning. For reasons of secrecy, there are only a few details about the cars specially adapted for the emperor. In the latest Century Royal version, these cars are said to have not only armoured bodies but also granite running boards and an interior roof liner made of rice paper. In general, Toyota is very reluctant to advertise this top-of-the-range model, as the customers in question know of its existence anyway. In contrast to European and American culture, this clientele considers an interior lined with high-quality wool to be much more exclusive and comfortable than a full leather interior. In Japan, too, electric lace curtains are often used on the rear windows to prevent passers-by from looking at the passengers. 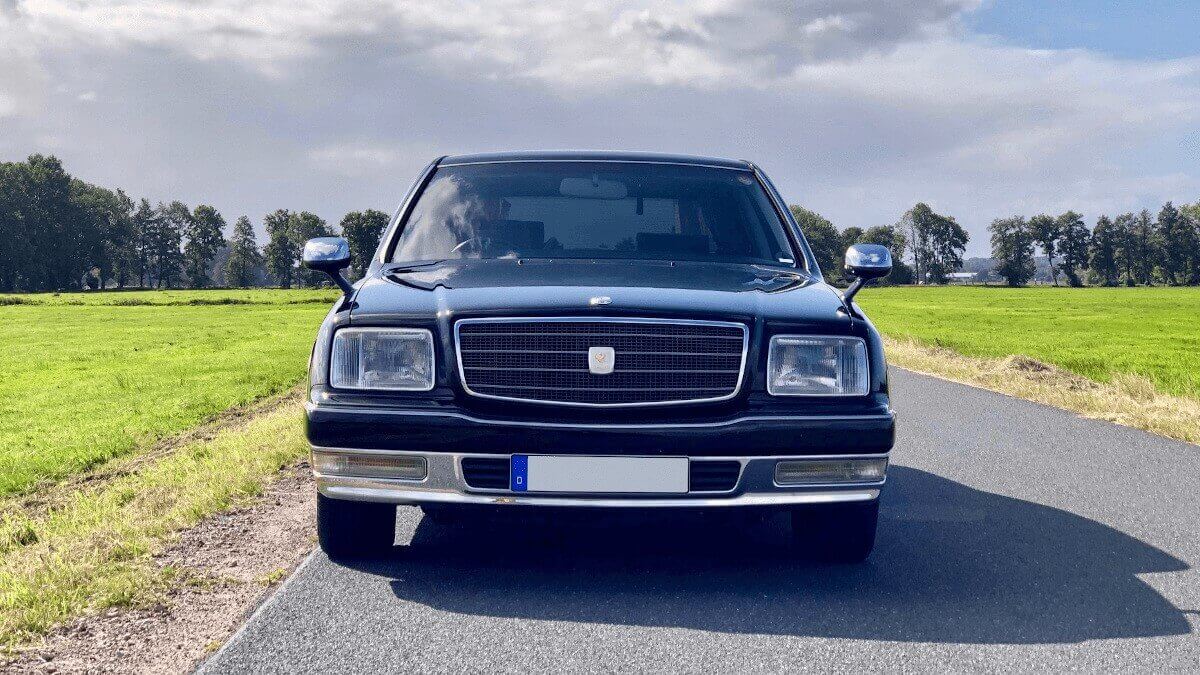 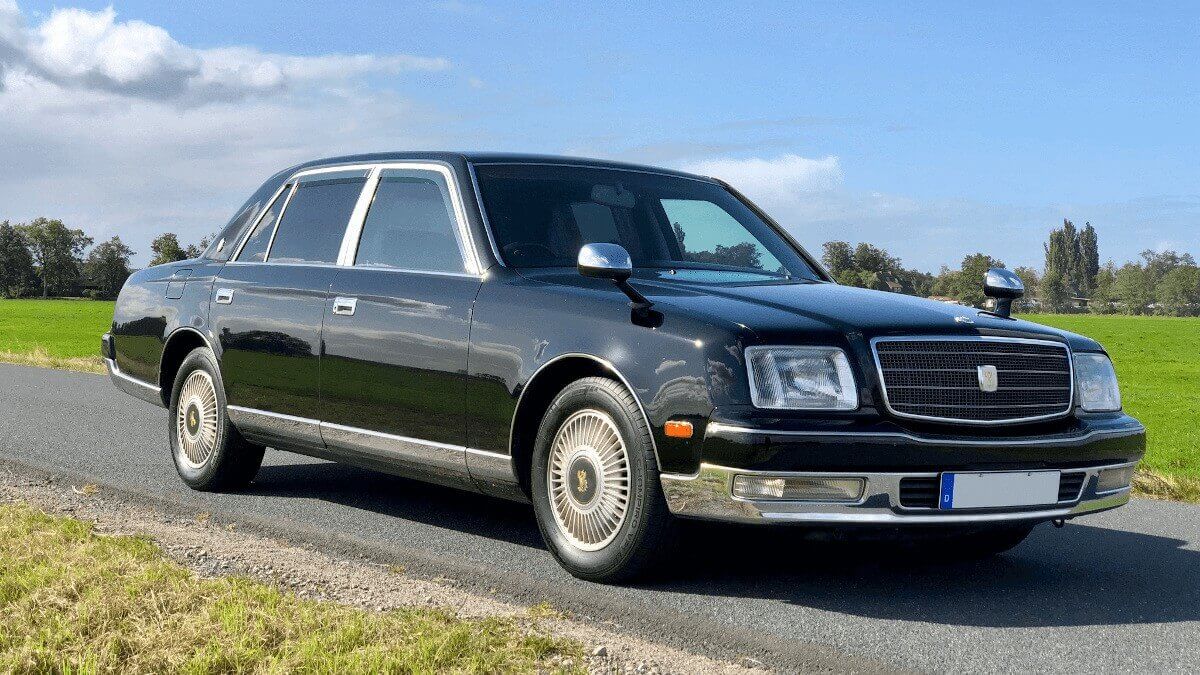 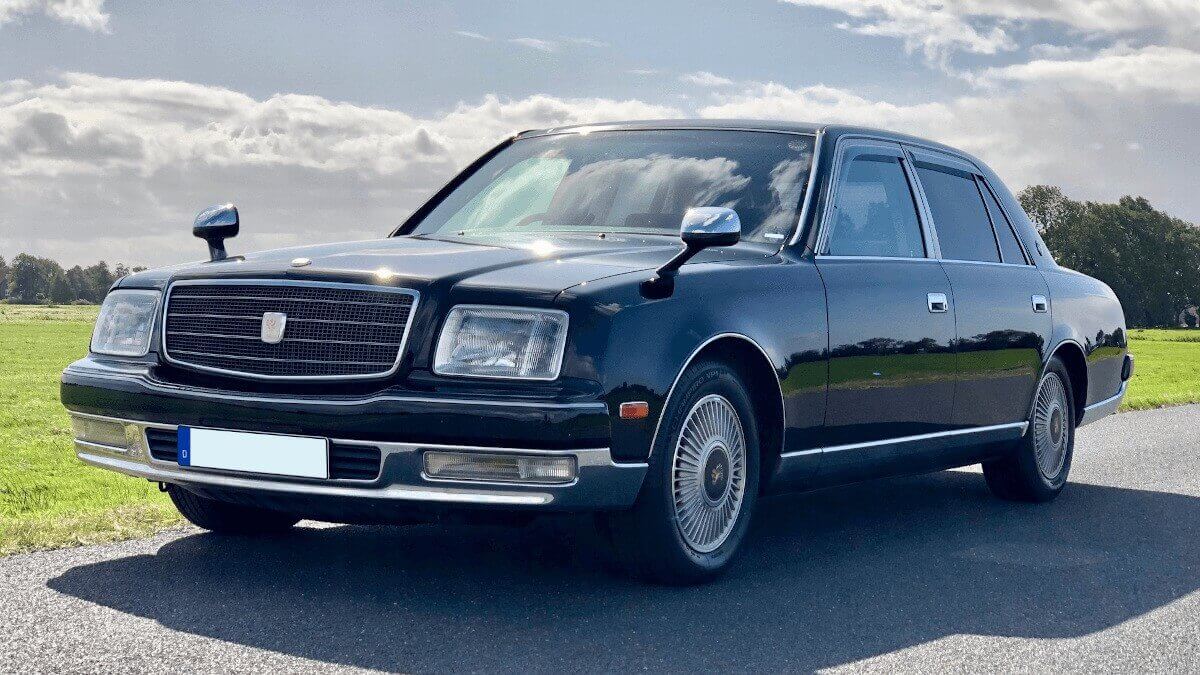 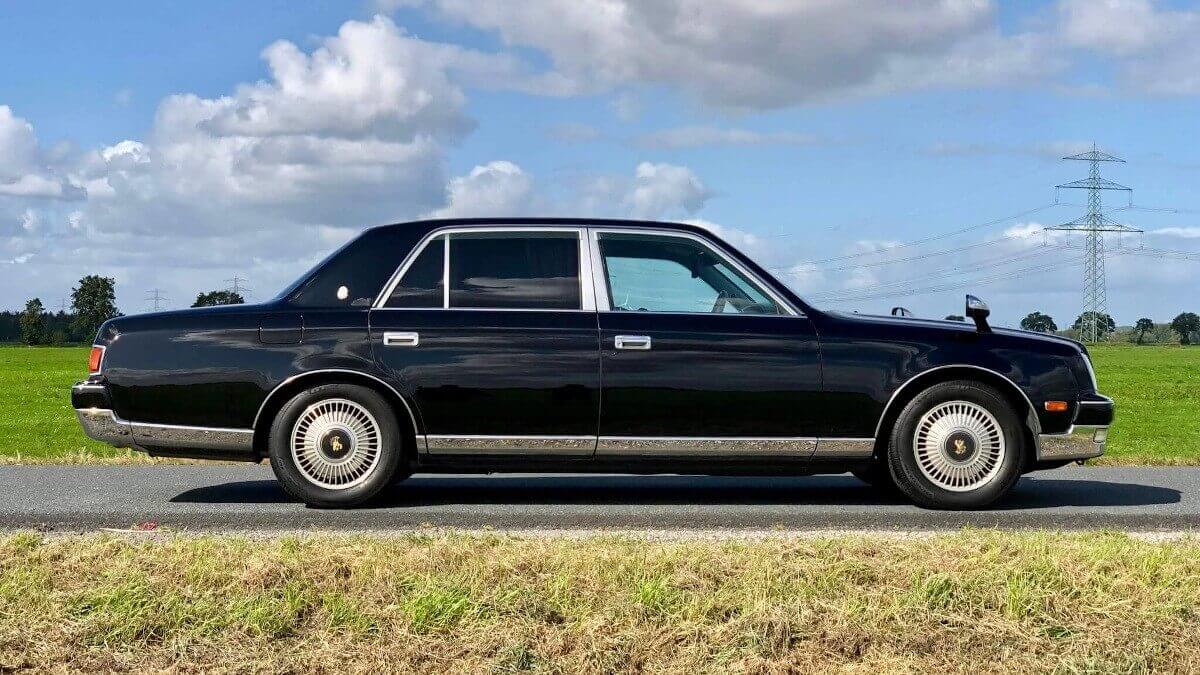 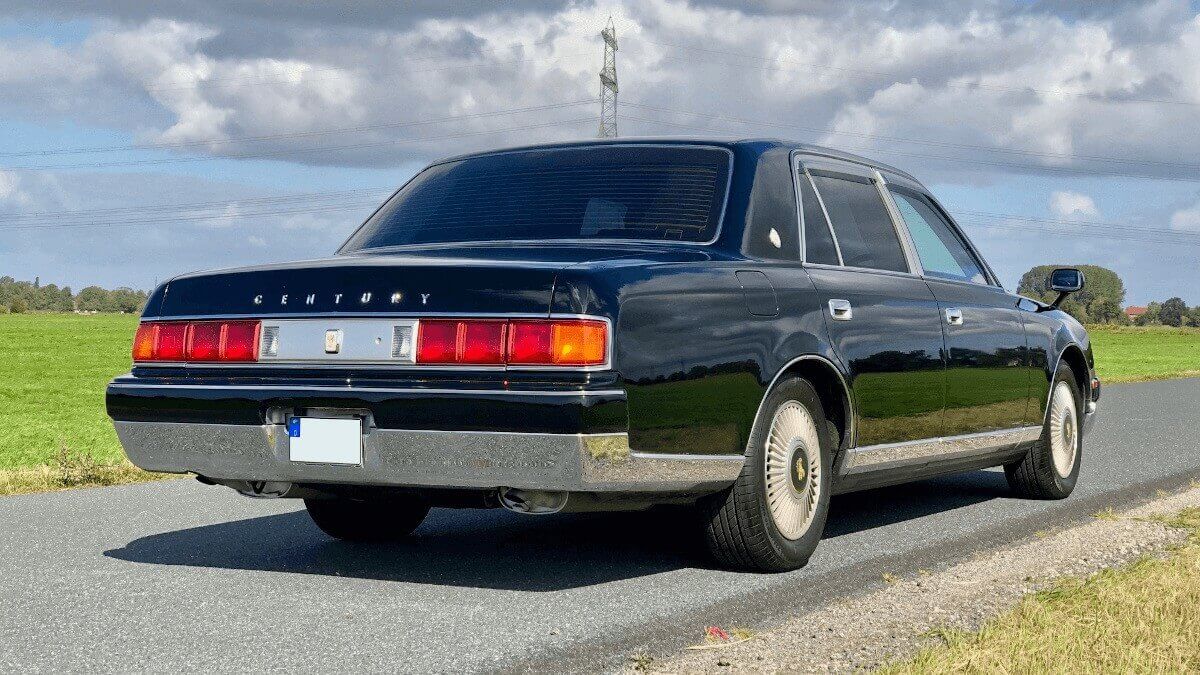 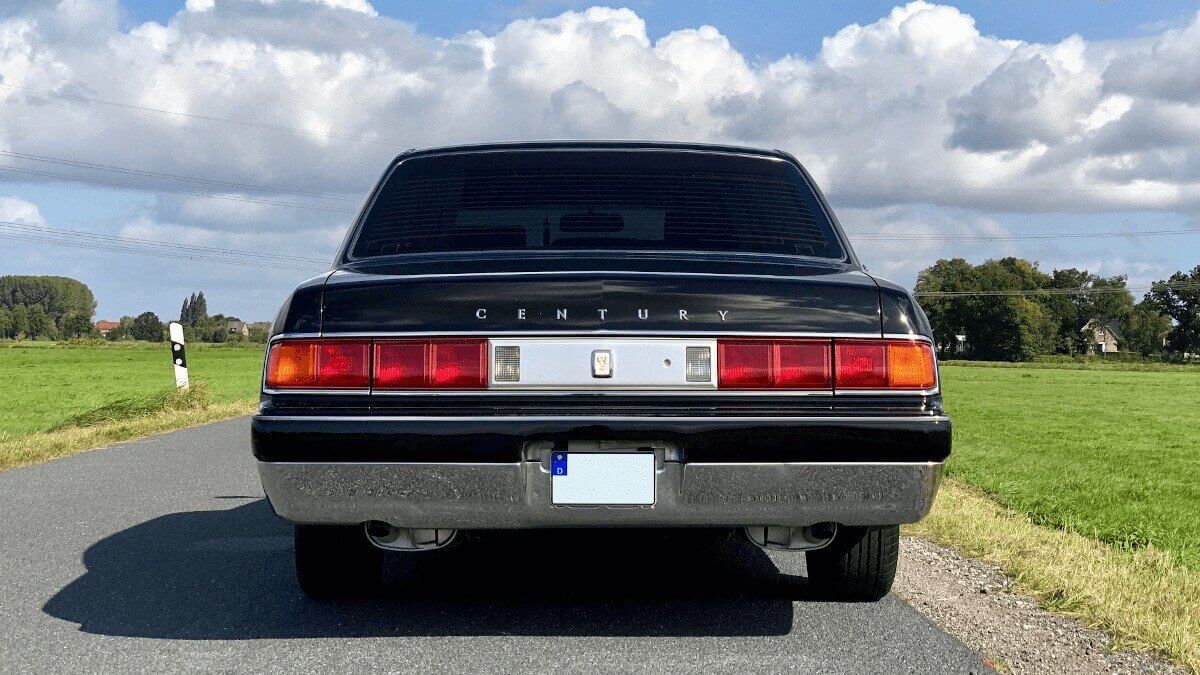 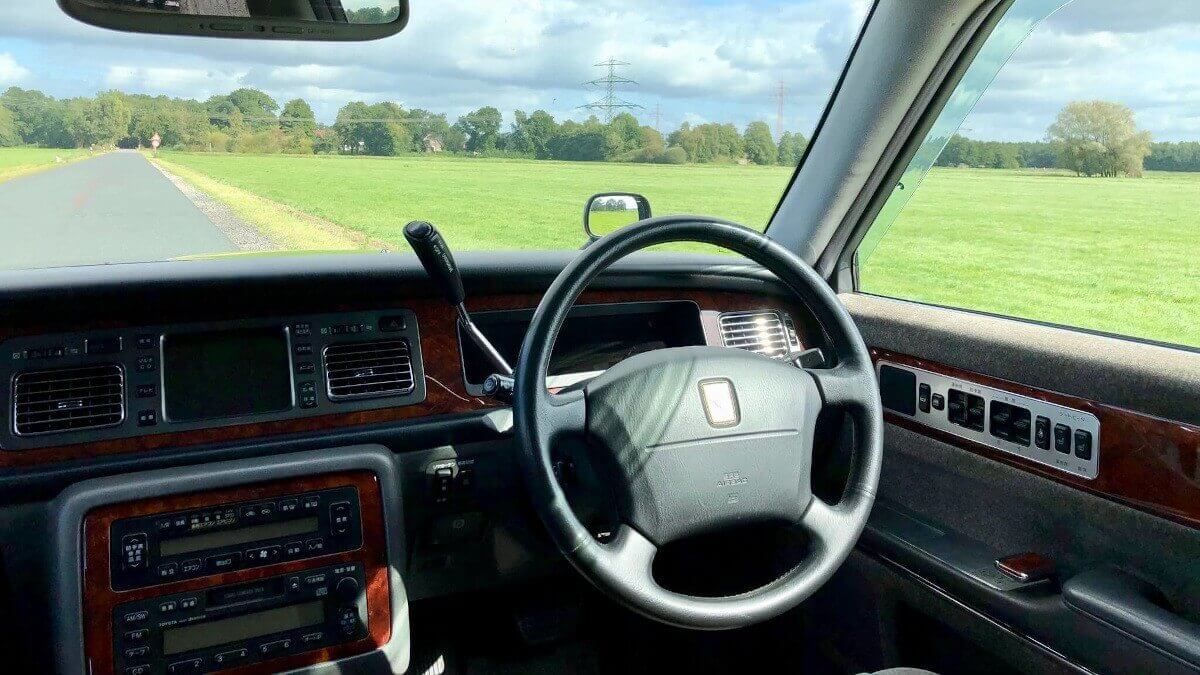 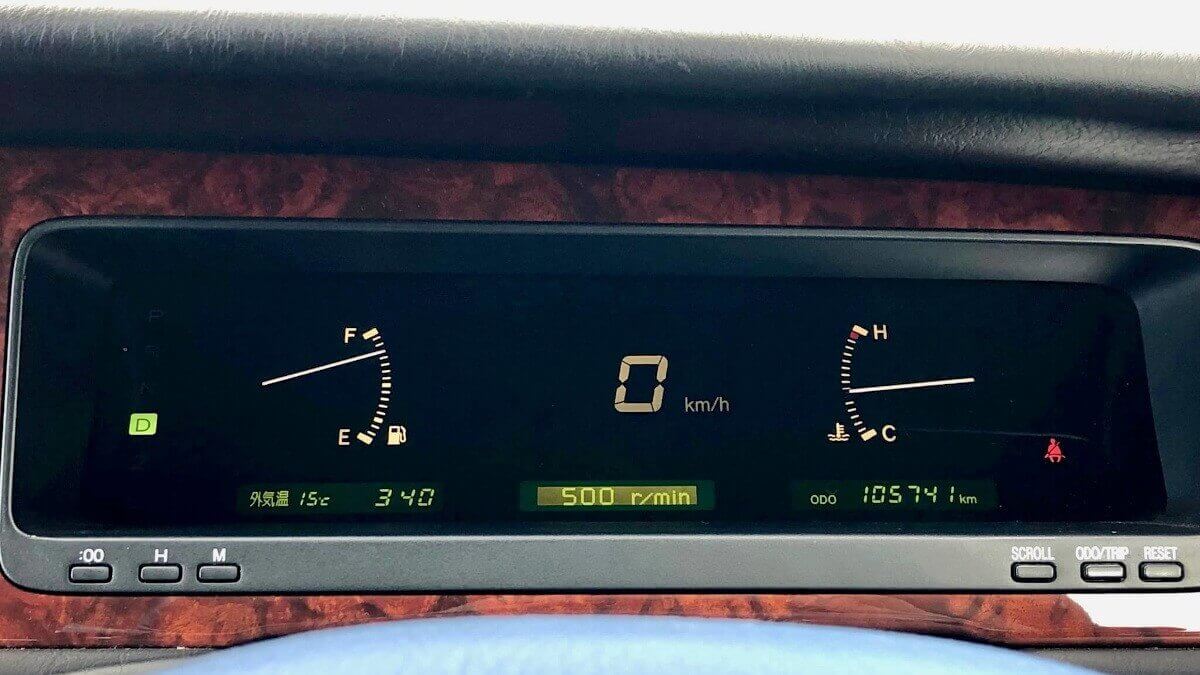 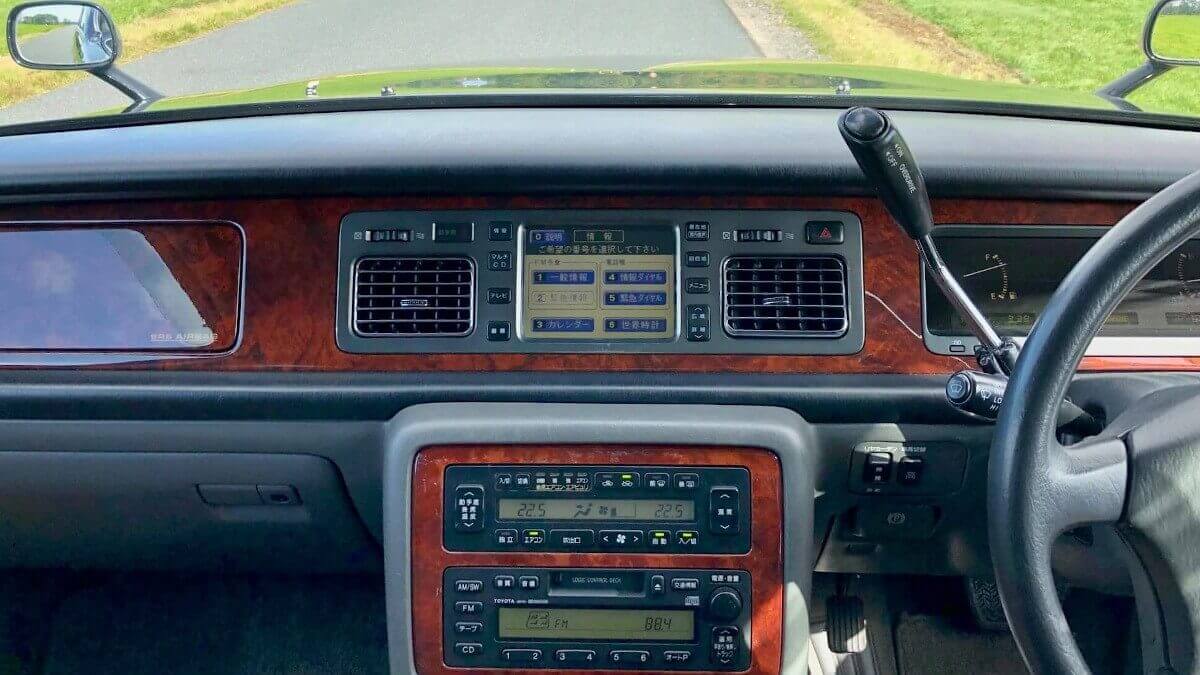 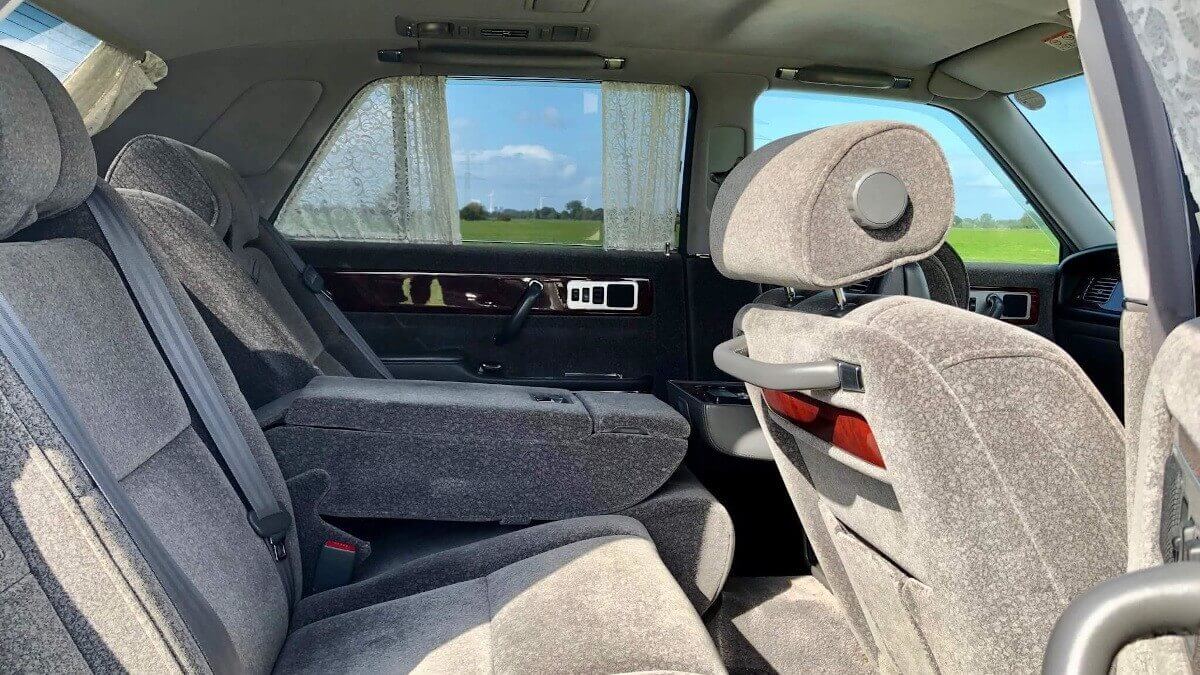 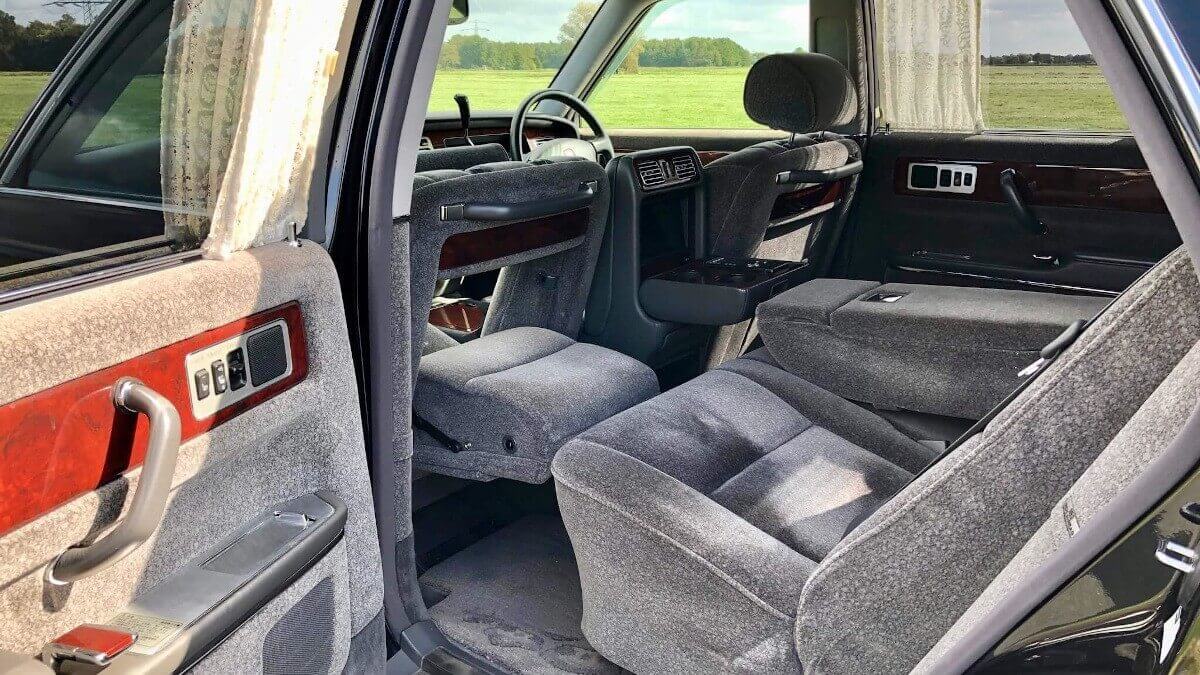 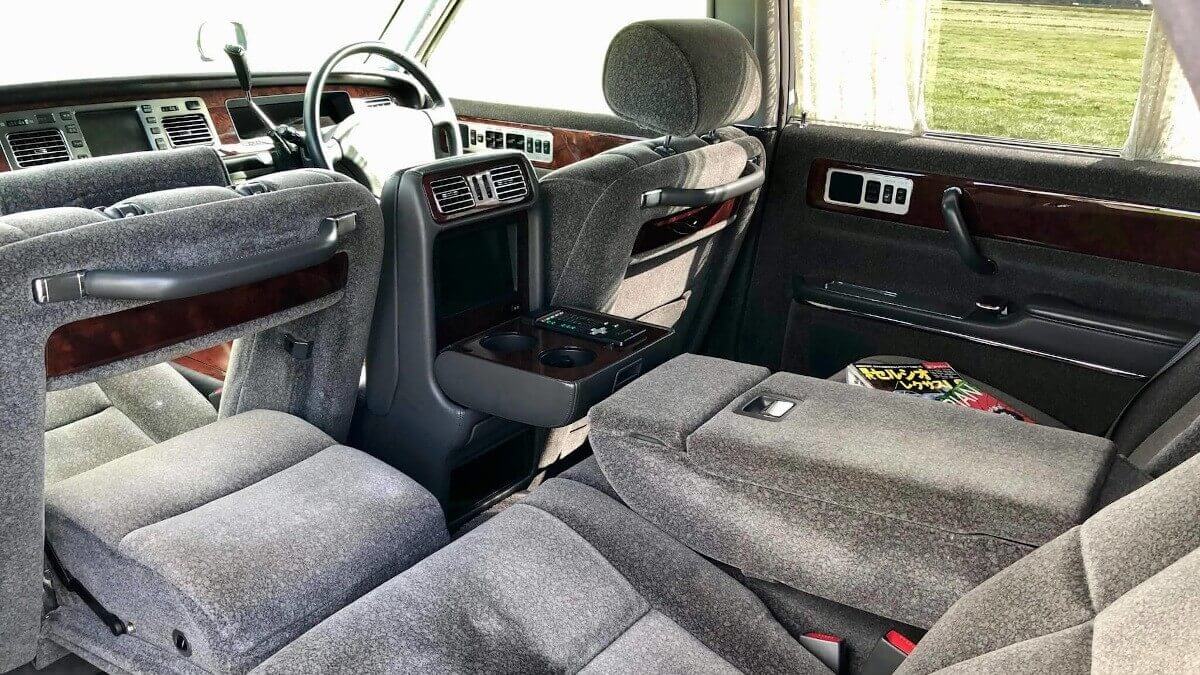 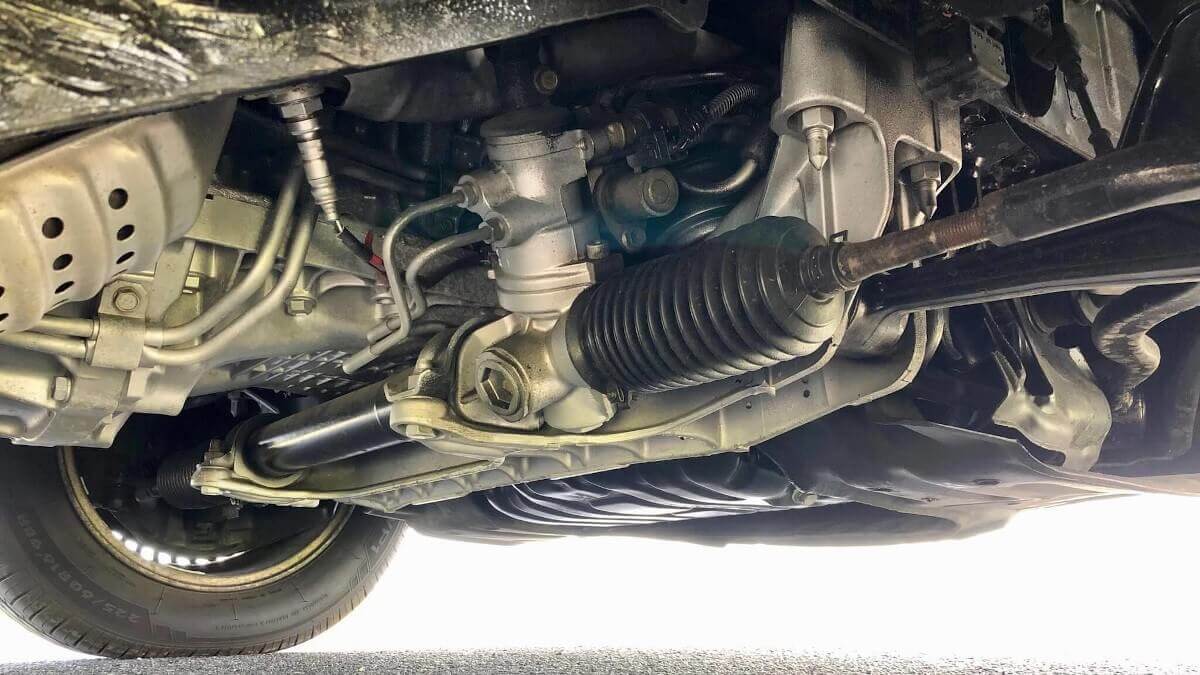 The first model generation of the Toyota Century competed in the late 1960s and early 70s against the Nissan President and Mitsubishi Debonair. Since both models were finally disontinued in 1999 and 2010, the Toyota has been unrivalled and only has to assert itself in Japan against its European competitors, who, however, pursue a different target group. While they are often looking for young dynamic managers, the Century wants to be the car for those who have earned their living by hard work in a simple but elegant suit. Even the first generation, with its V8 engine and a correspondingly tuned suspension, was fully designed for comfort and smooth running. Between 1967 and 1997, only minimal visual changes were made, while the engine grew in parallel from three to 3.4 and finally to four liters. In 1997, Toyota finally switched to the second model generation, for which they developed the aforementioned V12 engine.

Extensive standard equipment
In addition to pure comfort and absolute running smoothness, the Century has always been regarded as the perfect chauffeur vehicle. For this reason, the engineers paid special attention to the rear passengers. An element can be folded away from the front passenger seat so that the rear left passenger can stretch his legs while driving. At the same time a massage function in the rear backrest ensures further well-being. The extensive standard equipment includes soft close on the doors, light assistant, cornering lights, an electrically adjustable steering wheel, electrically height-adjustable seat belts, seat heating all round, air suspension and noise-insulating windows. From 2006 there were few left-hand-drive models, but these were not officially included in the model range on other markets, but were offered exclusively to Japanese embassies and Toyota importers. Toyota Europe in Brussels/Belgium still owns such a vehicle today. 20 years after the market launch of the second generation, 2017 saw the debut of generation number three, which returned to the V8 engine. This engine also has an electric motor on the front axle, bringing a total of 431 hp to the road. This offshoots also continues to be available exclusively in Japan.

So if you want to own a Toyota Century outside the East Asian islands, you have to import a vehicle from Japan yourself. Thus also the car shown by us reached Germany only at the end of last year. It is a Century from 1998, which has covered only about 107,000 kilometers to date. According to a current valuation, it got the mark 2+ (B+), but is only worth around 18,000 € due to its absolute exotic status in Germany. Now the car is for sale for 17,500 €.