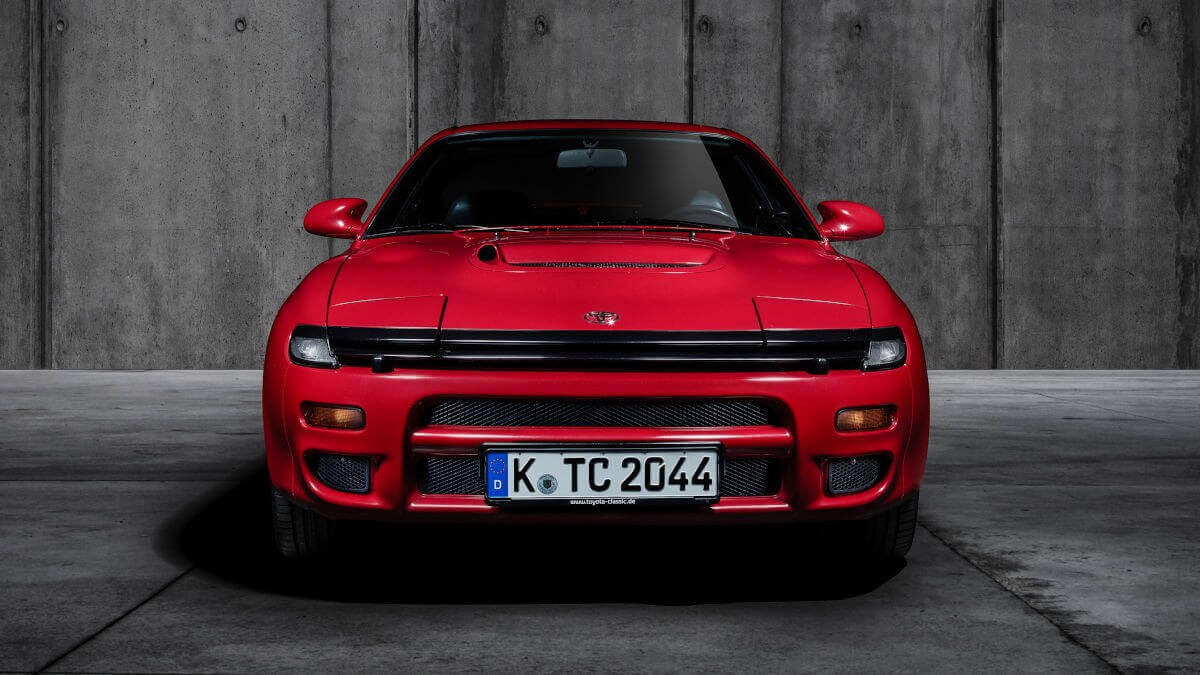 50 years ago, Toyota presented the Celica, a sports coupé that enjoyed worldwide sales success until the end of production in 2005, making it the overall best-selling Asian vehicle in this category. Since then it has been greatly missed by fans. There were seven model generations in total, most of which were driven in professional motorsport by the rally team of Ove Andersson, which later became TTE (Toyota Team Europe) and in 1993 Toyota Motorsport GmbH TMG (now Gazoo Racing). The first respectable successes were followed by major victories after the end of the Group B era in 1987. Among others, Carlos Sainz (1990 and 1992), Juha Kankunnen (1993) and Didier Auriol (1994) won the drivers’ title in the World Rally Championship four times. Three of these titles, as well as the manufacturer’s titles won at the same time, were won by the ST185 model generation, which debuted in its normal version in 1989. However, with front-wheel drive and 105 hp in the basic version, no big success would have been possible on the rough rally tracks. For this a real competition vehicle based on the new top model Celica Turbo 4WD, which debuted in 1990, was needed. On some markets this vehicles was called Celica GT-Four or Celica Turbo All-Trac.

To commemorate Carlos Sainz’s first world championship title, Toyota used the IAA 1991 (Frankfurt Motor Show) not only for the world premiere of the new WRC car based on the Celica ST185 with around 221 kW/300 hp. In addition, the Celica Turbo 4WD Carlos Sainz Edition as a roadworthy offshoot had its world debut there. The wedge-shaped design with pop-up headlights benefited from similarly designed bumpers with large air intakes, a hood with two round bulges above the suspension struts and a central air outlet in a scoop, wider flared fenders and a spoiler on the trunk lid that extended far around the rear window. The wheel arches housed directional light-alloy wheels in 6.5 x 15 inch. Rather unusual in connection with the rally car was the standard installation of a sunroof. 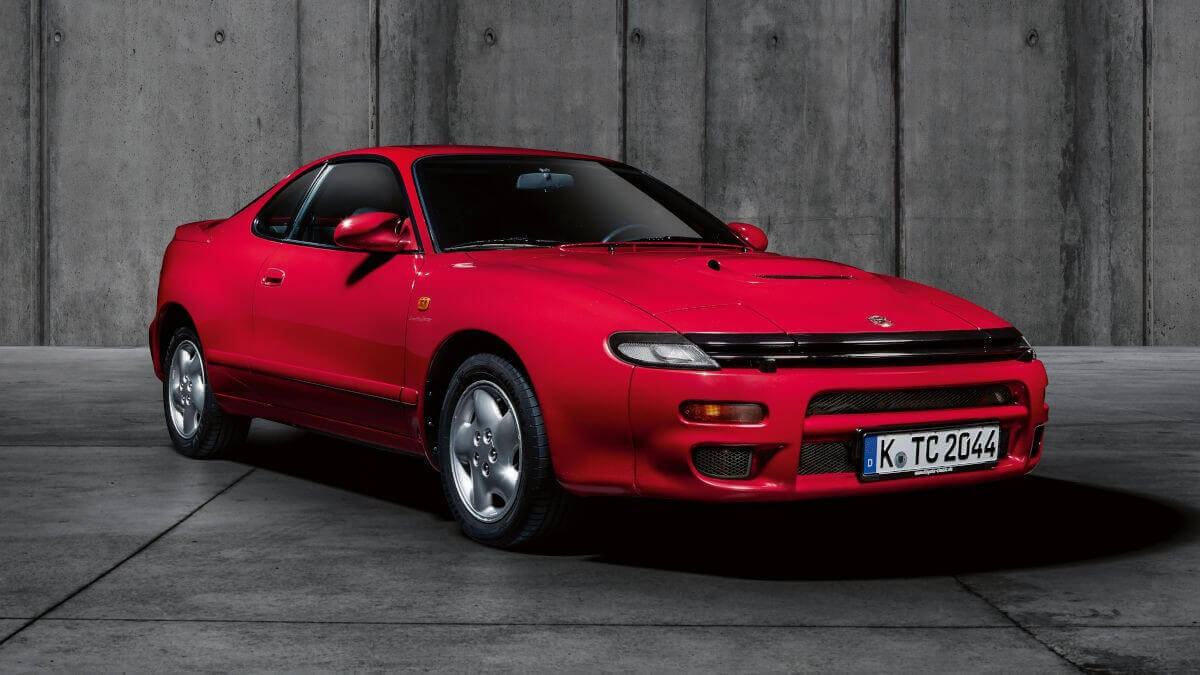 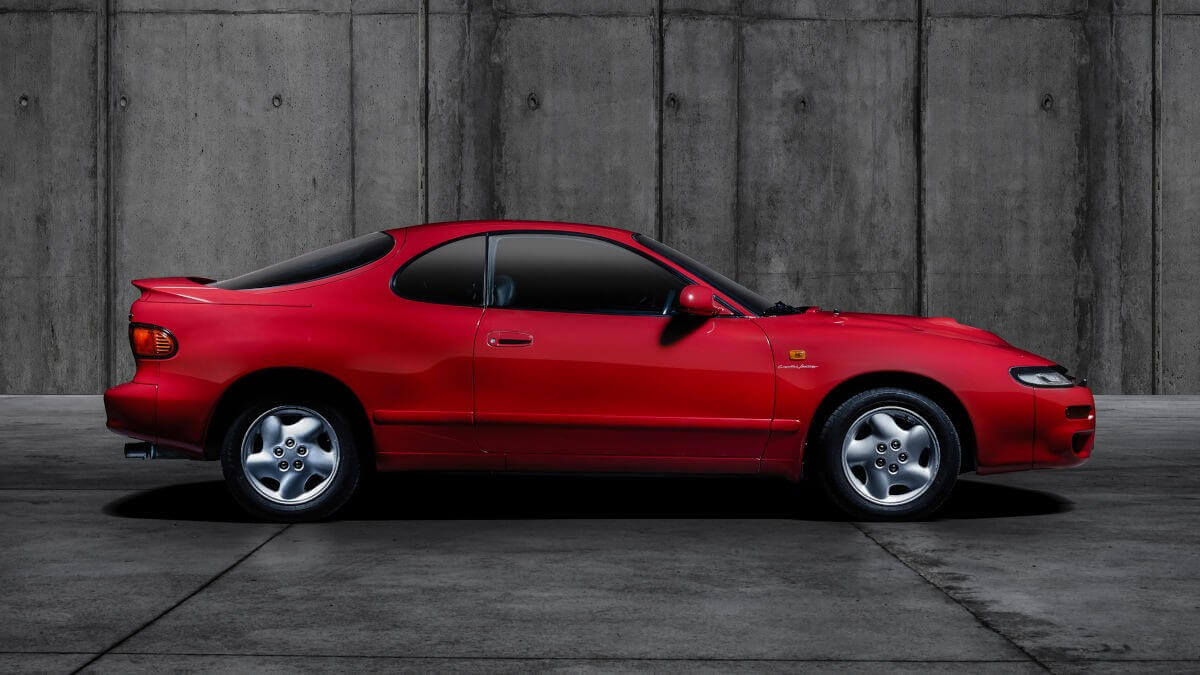 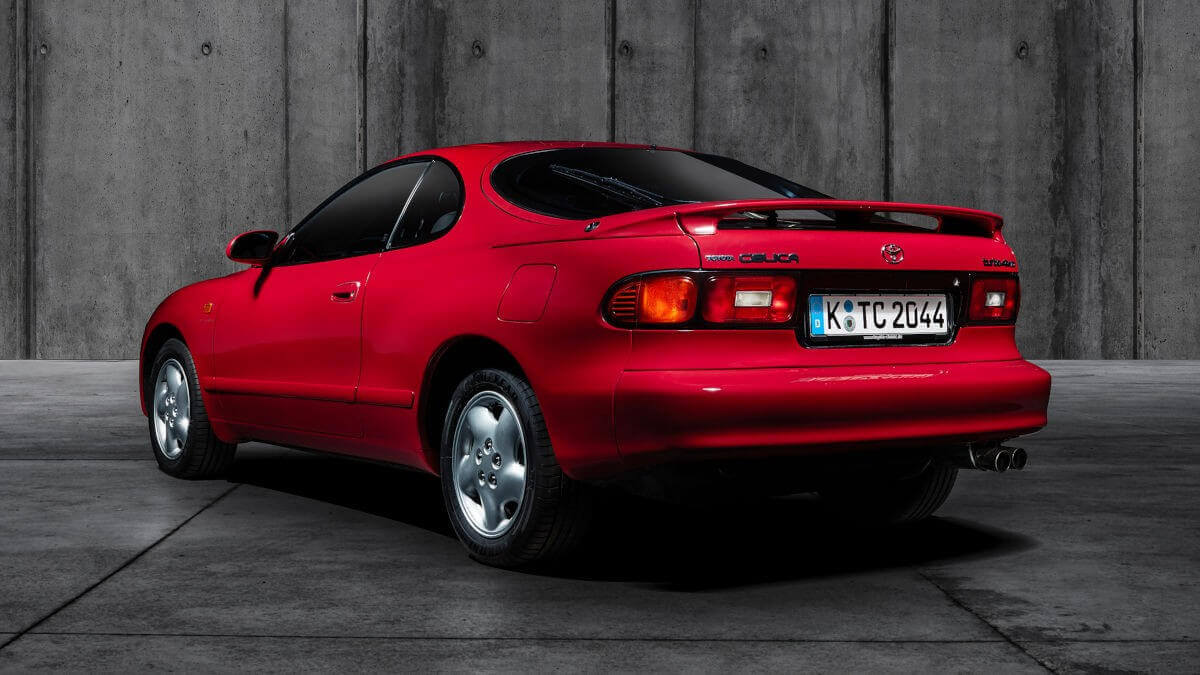 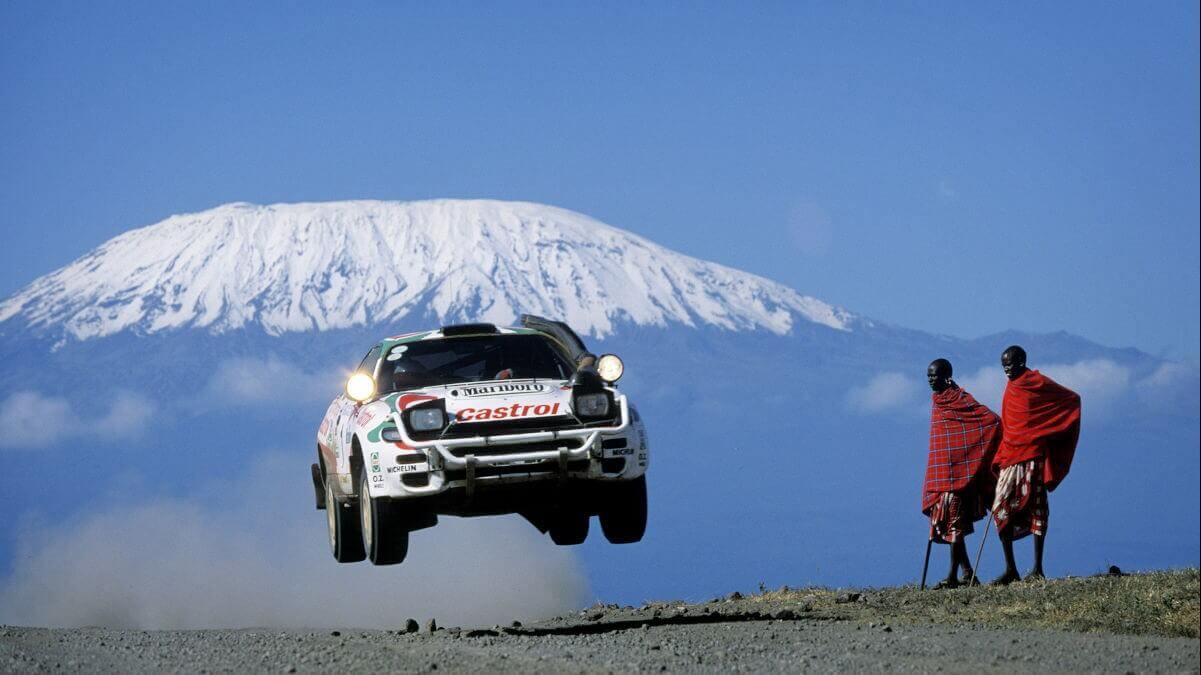 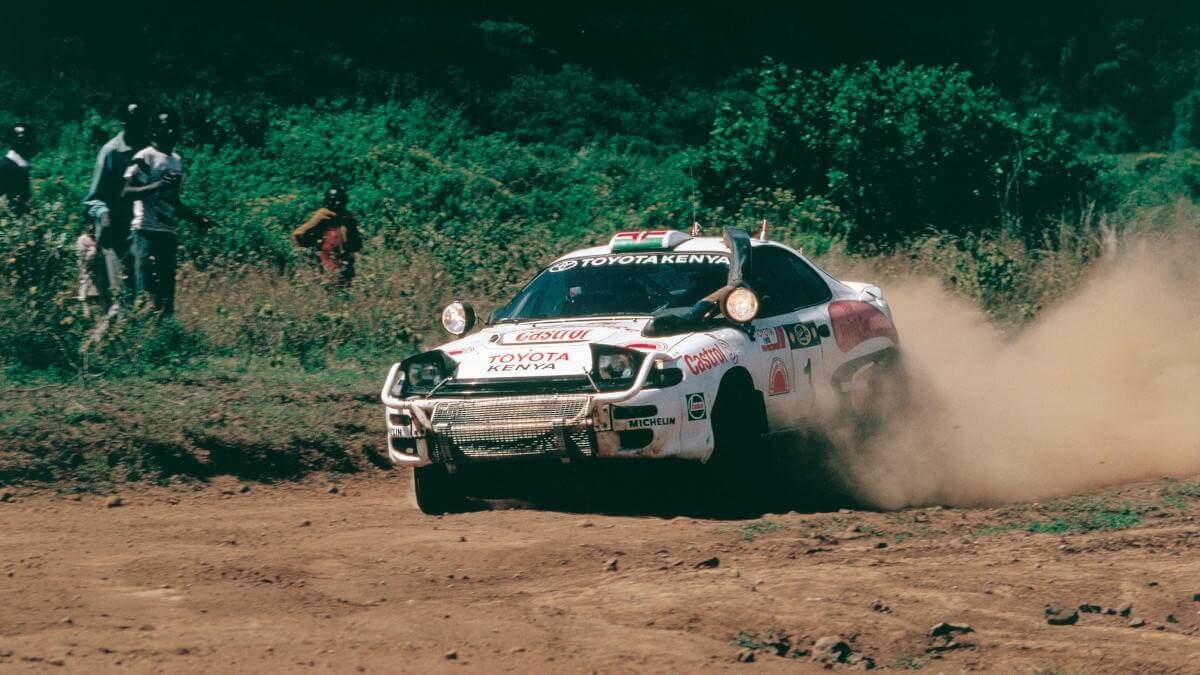 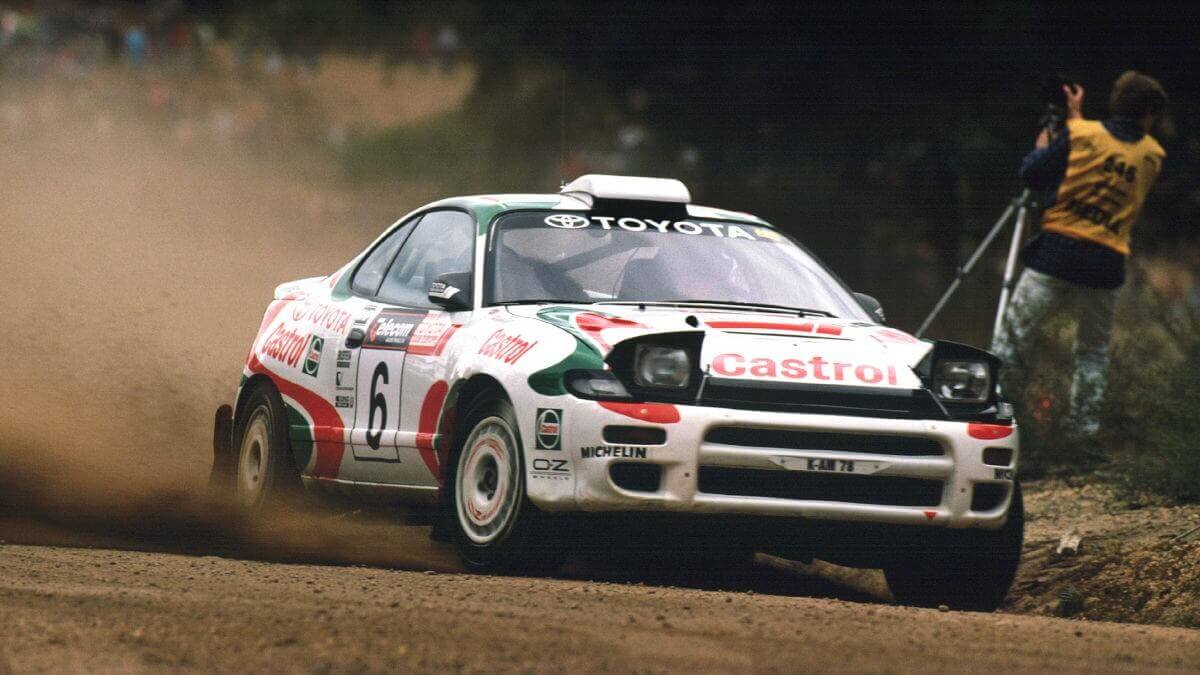 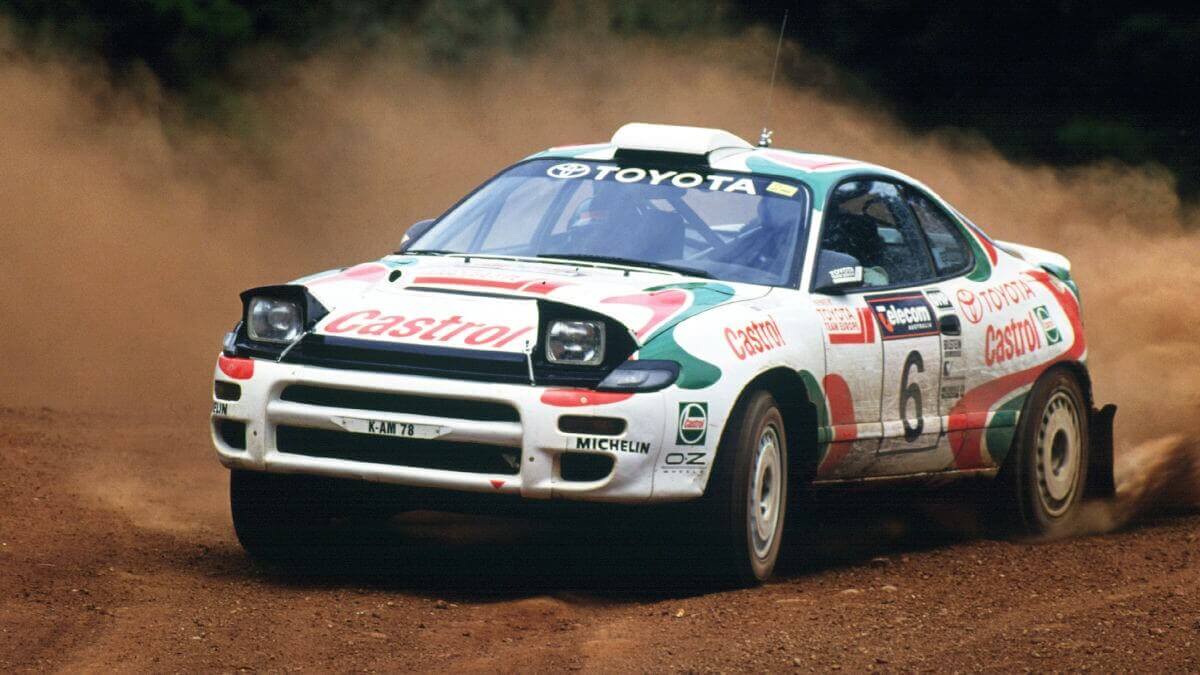 Compared to the normal Celica Turbo 4WD, the two-liter four-cylinder turbocharged engine had a small power increase to 153 kW/208 hp and 278 newtonmeters of torque thanks to a water-cooled intercooler, an additional oil cooler and modified cooling of the camshaft drive belt via the air scoop in the hood. The special edition model reached 100 kph (62 mph) in just 7.9 seconds and accelerated further to a topspeed of 230 kph (143 mph) if required. The manual five-speed gearbox and the permanent four-wheel drive with Torsen limited slip differential on the rear axle helped here. A sports suspension with modified leading geometry and a smaller steering roll radius were also part of the overall package. Toyota killed two birds with one stone with this model. On the one hand, it delighted rally fans who had long wished for a street version of the successful rally vehicles and, on the other hand, it fulfilled the FIA requirements for homologation of the new rally vehicle with 5,000 produced units. On some markets the special edition ran as Celica GT-Four RC and had up to 165 kW/225 hp ex works.

The 5,000 copies of the Celica Turbo 4WD Carlos Sainz Edition were virtually ripped out of the dealers’ hands. The relatively high base price of 63,400 DM (incl. 14% VAT) didn’t prevent this. Exactly 680 vehicles were sold in Germany, which today, as in other countries, are sought-after collector’s items. A very good example is part of the Toyota Collection at the headquarters of Toyota Germany in Cologne. On special occasions as well as one or the other classic car drive, the sports coupé is allowed to go out and show what it is capable of.