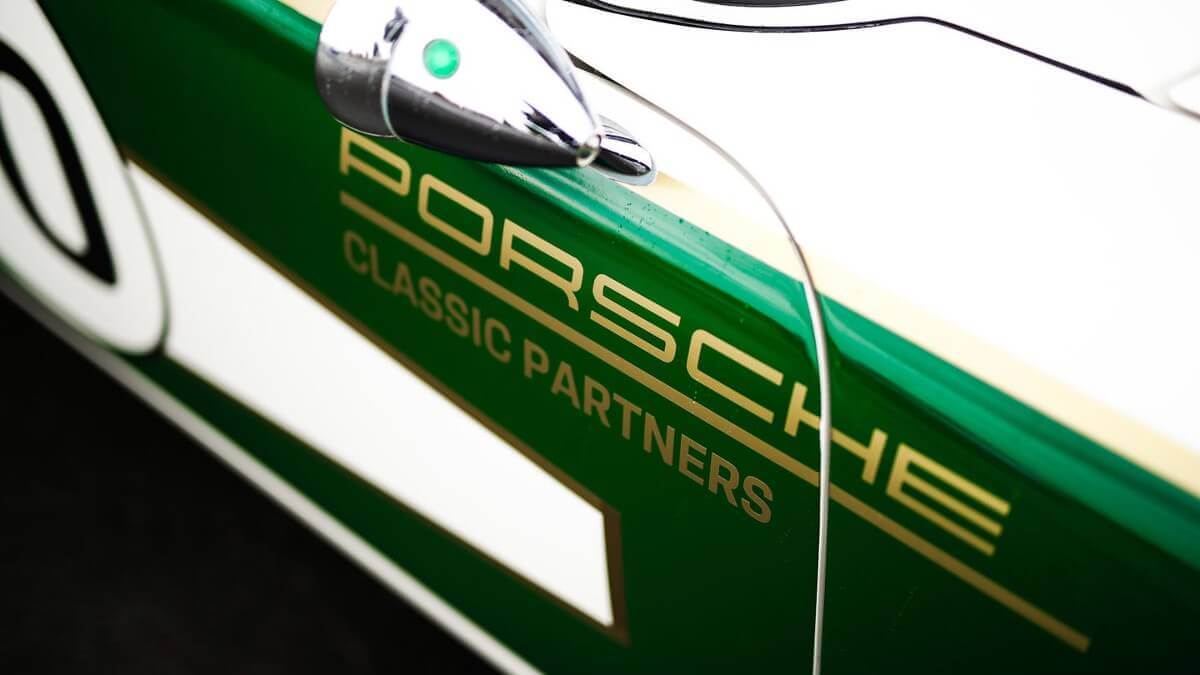 After Porsche as an independent sports car manufacturer was founded in 1948, in 1963 a cultural change followed with the debut of the new 911. There was a change from four to six cylinders, from round design derived from the Volkswagen Beetle to a more edgy style. But still the new car was recognizable as a typical Porsche. For the 50th anniversary of the 911 Porsche of Great Britain together with the British Porsche Classic Partners built a race car called ‘Project 50’ in 2013. It was based on a short-wheelbase 911 from 1965 and used in many classic car races, for example in the Silverstone Classic.

Now, for the 70th anniversary of Porsche the car is reactivated as ‘Project 70’, got a technical refurbishment and takes part within the HSCC Guards Trophy 2018. It is driven by racing legends Richard Attwood and Anthony Reid. Attwood is a racer for more than 50 years now and well-known for his overall victory of the 24 Hours of Le Mans in 1970 together with Hans Herrmann in the 917K. Reid is known for touring car races in BTCC but also drove Formula 3 cars and prototypes in Le Mans. His best result was a third position together with Tiff Needell in 1990, driving a Porsche 962C. 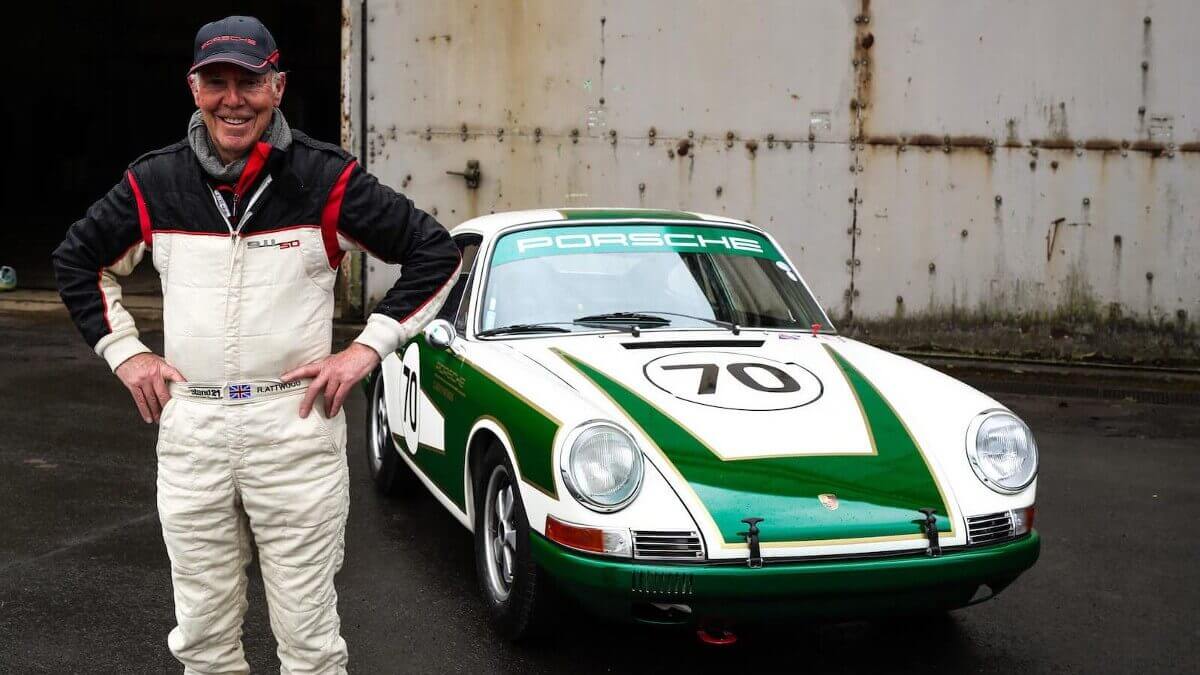 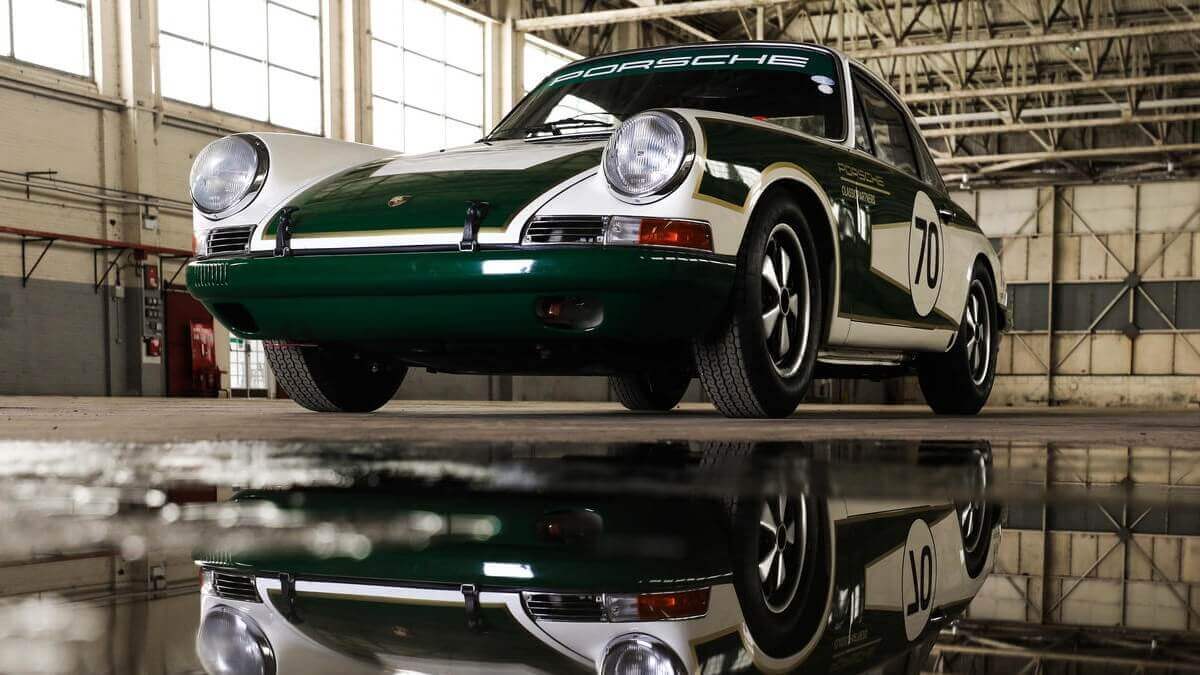 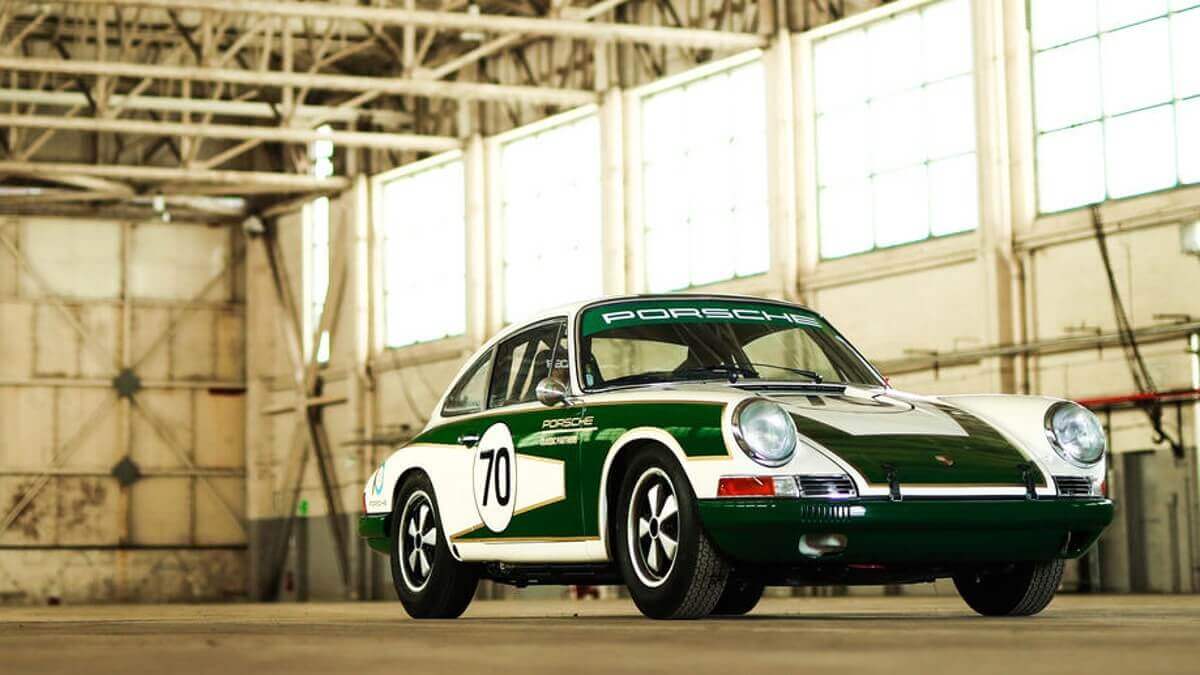 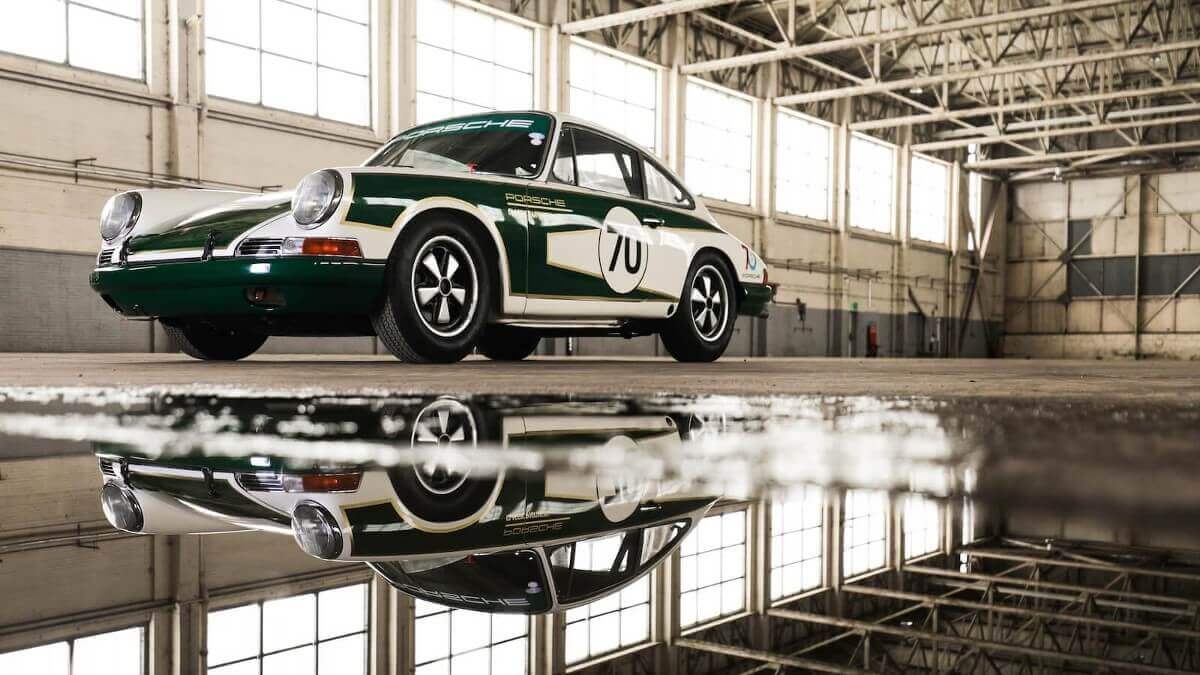 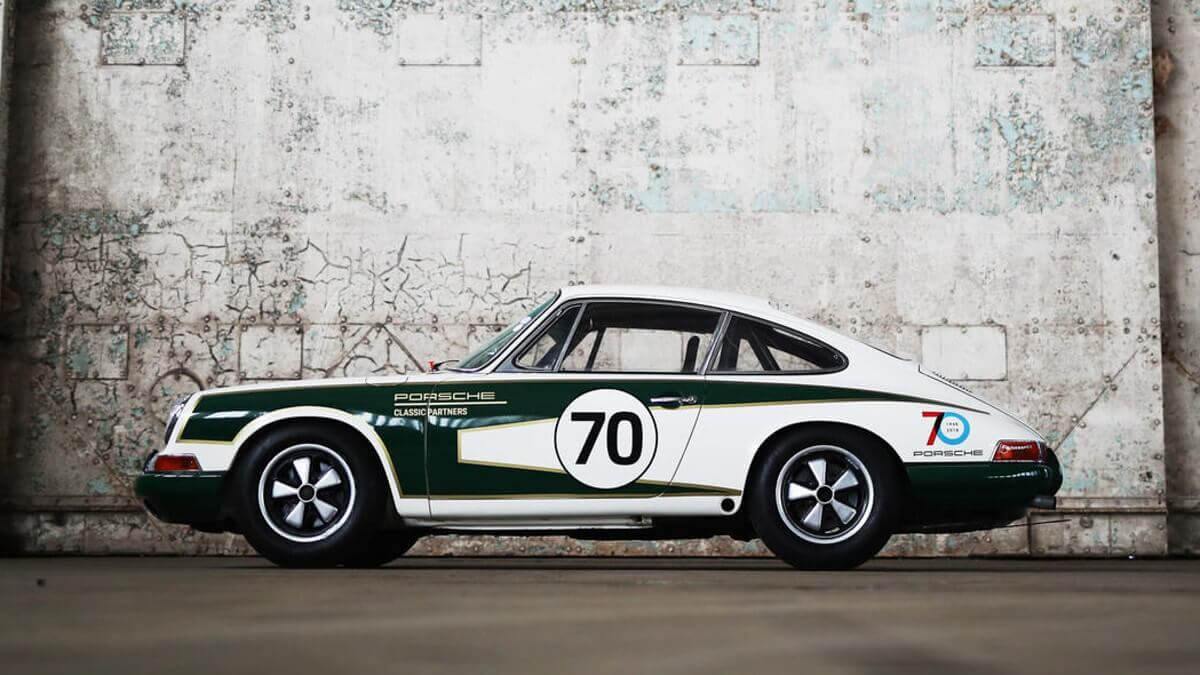 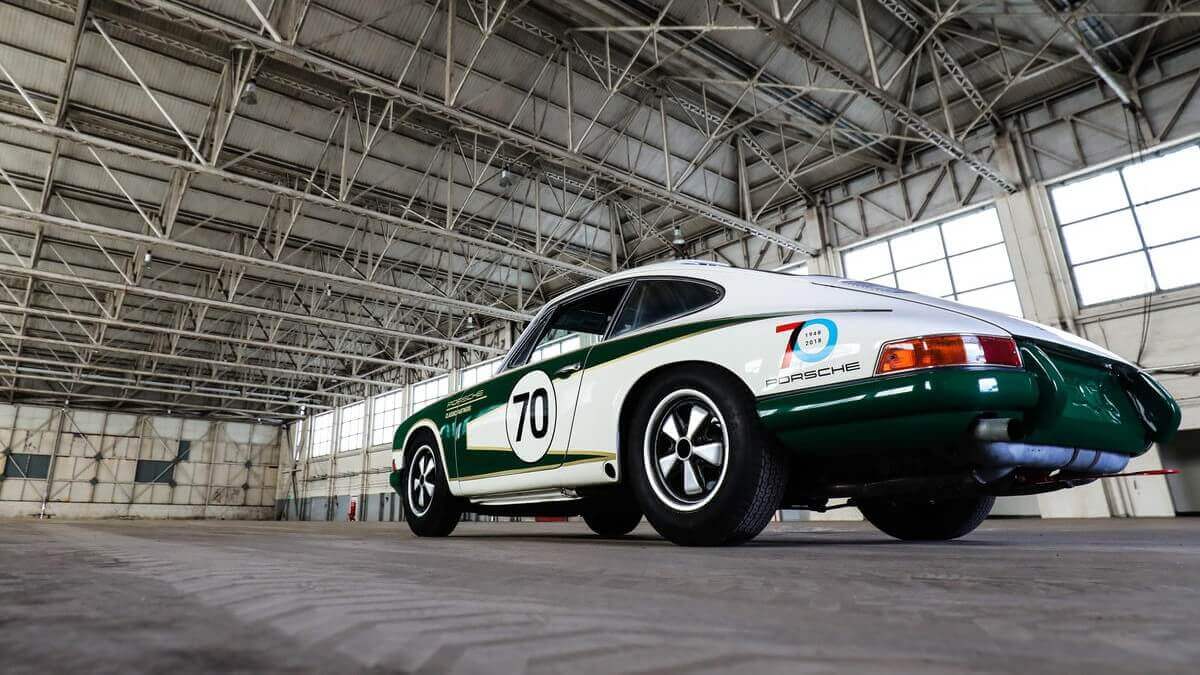 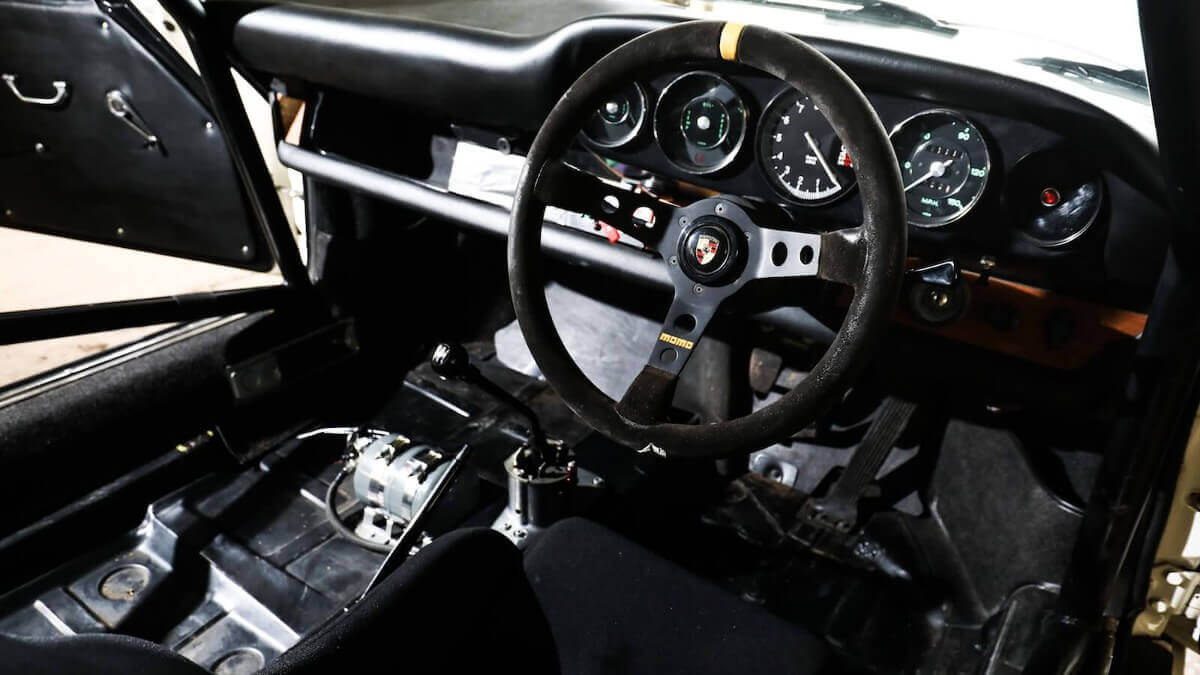 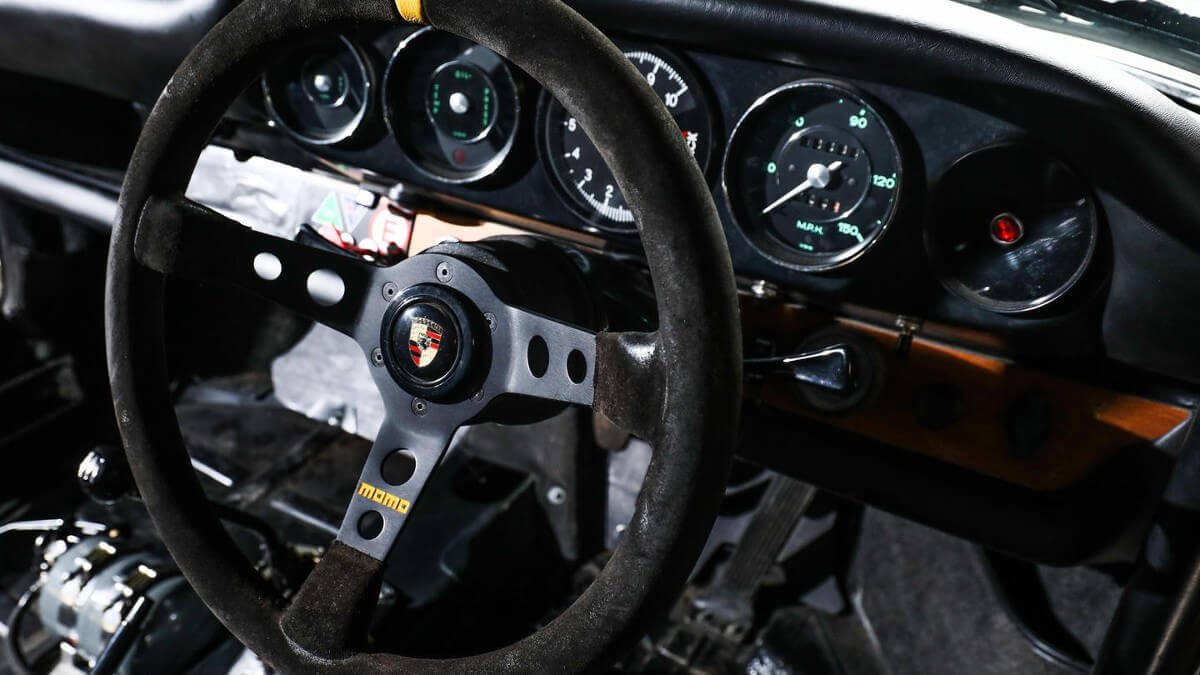 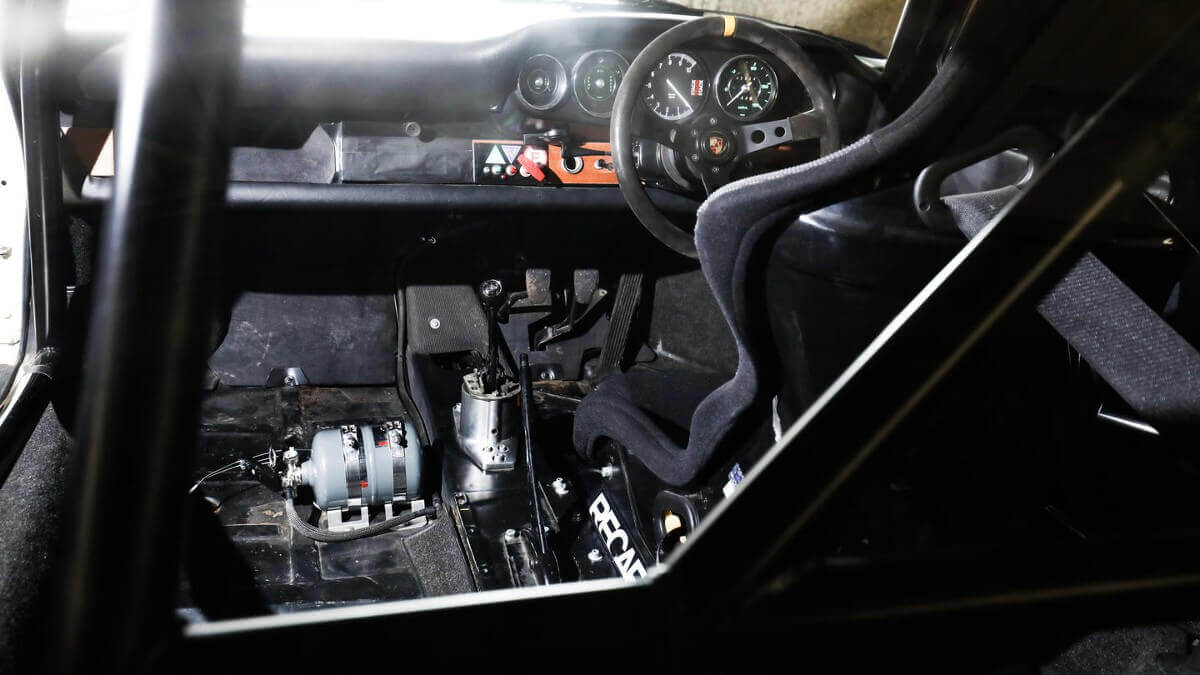 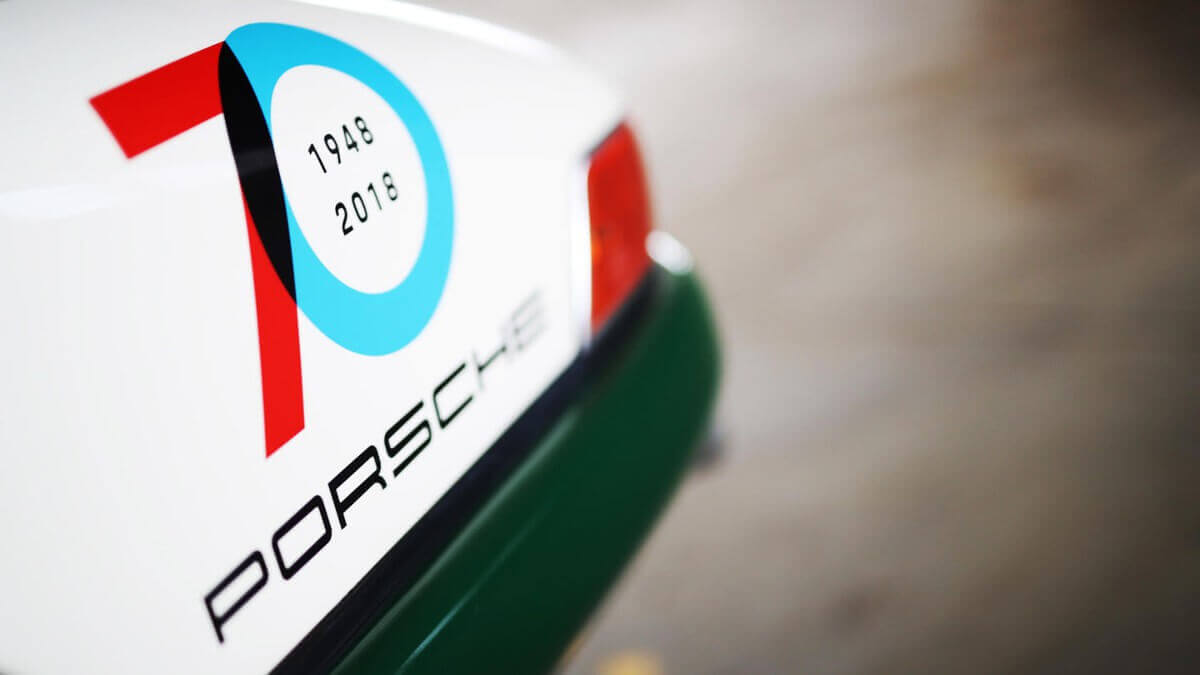 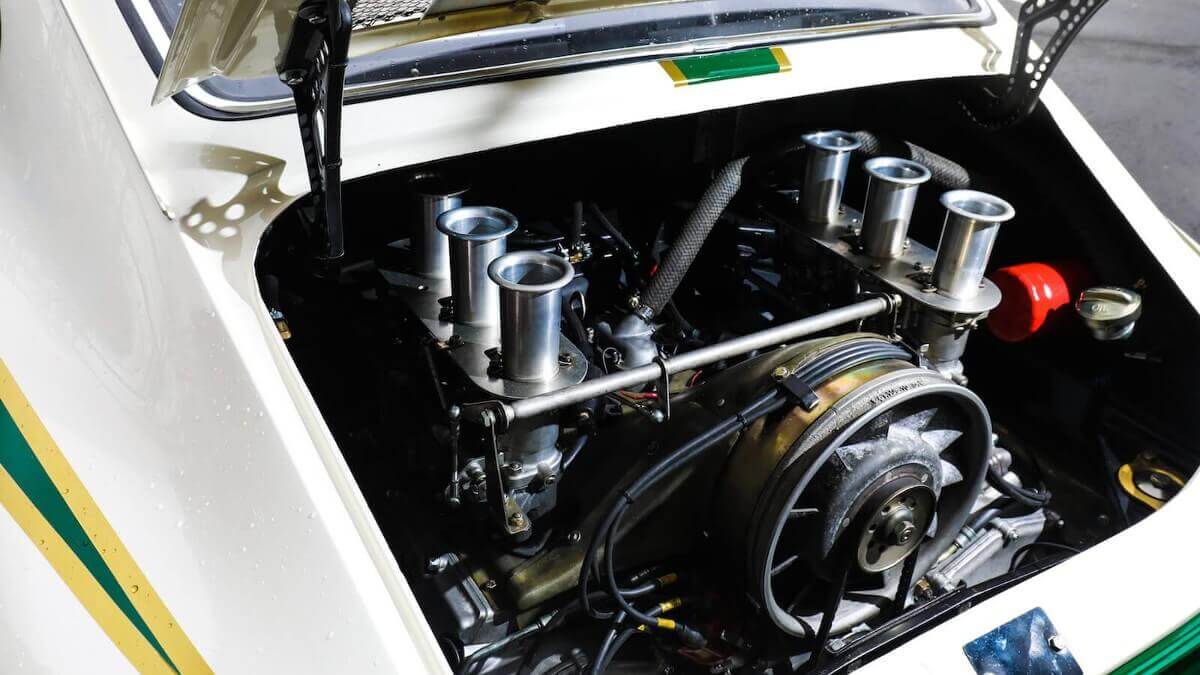 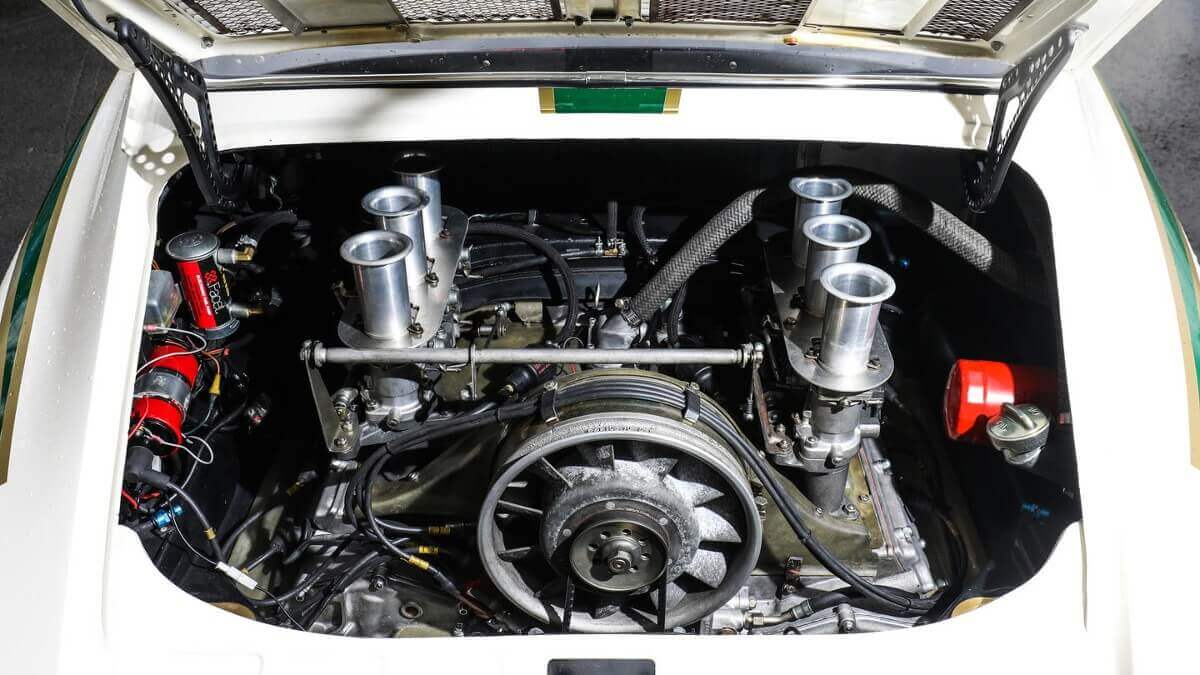 The racing car used for ‘Project 70’ is a 911 built in September 1965. So it is from the early years of production with a 57 millimeters shorter wheelbase compared to later cars from 1968 onwards. It also got a very special equipment from the factory: it was ordered in RHD configuration. In the rear engine compartment sits a two-litre six-cylinder boxer engine with about 130 horsepowers.

After its first delivery to Italy the car went to America for a few years and was imported to Great Britain in late 1990s. There it was restored and converted into a FIA-approved race car. Therefore it got a racing seat, four-point harnesses, a rollbar and typical parts like a battery kill-switch and a fire extinguisher system for the engine.

The first two races of the year already took place. First one was held at Donington Park at 7th of April and saw the car with damaged engine during the early stages of qualifying. This led to an engine repair job within about an hour before the race started. They had to start from the back of the field anyway, but secured a class win at least. During the second race at Spa Classics Anthony Reid and British Carrera Cup champion Josh Webster drove the 911. More races will take place at Silverstone, Le Mans, Nürburgring, Oulton Park and Brands Hatch.