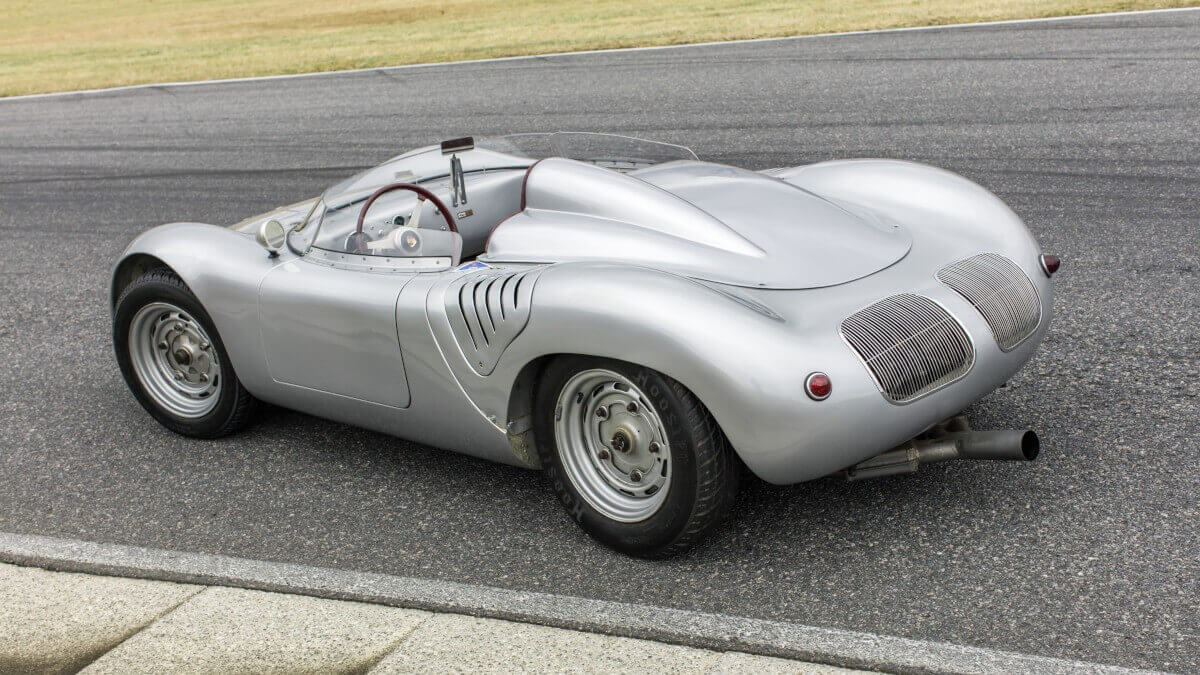 Today we would like to turn the structure of our article around and start with the expected estimate of a car in auction. Bonhams assumes the this one offered during the online ‘Quail Motorcar Auction’ will fetch between 2,8 and 3,2 million US dollars. All that money for a vehicle, which is only around 3.6 meters long, just over 1.5 meters wide, 980 millimeters high and weighs around 530 kilograms. This price easily exceeds the square meter prices in various metropolises. Who pays so much money and for what? To fathom this we have to look back to the 1950s. Porsche wasn’t yet ten years old as an independent manufacturer, but had already built up an excellent reputation among hobby racers who drove their 356s to work during the week and to racing events at weekends. Especially in the USA, many vehicles were sold in this way. This inevitably led to the fact that the development of thoroughbred racing cars wasn’t only a mindgame, but they were actually created. It all began with the 550 Spyder mid-engine sports car, which debuted in 1953 and was produced just over 100 times. This model became sadly famous after the death of James Dean, who was involved in an accident at the wheel of a 550 on his way to a racing event.

After the previous flat frame had been replaced in 1956 by a tubular frame, which gave the car the internal designation 550 A, the change to the 718 took place one year later, which in its original version could hardly be distinguished from the late 550 A, but was given a completely reworked chassis, better brakes and above all a 1.5-liter four-cylinder engine with power increased to 142 hp. The first major success with this model was achieved as early as 1958, when two examples finished the 24 Hours of Le Mans in third and fourth place overall. Porsche continually developed the 718 further and, in addition to the RS and RSK for sports car and hill climb races, even offered variants that were approved for Formula 2 and Formula 1 races. At the same time as the engine power increased from larger engines with a displacement of first 1.6 and later two liters, the brake system was adapted and changed from normal drum brakes on the first 718 RS to a dual-circuit drum brake system on the 718 RSK and than to disc brakes on the 718 W-RS in 1961. Next to that, fine work on the aluminium bodywork ensured that the racing cars glided ever better through the airstream. 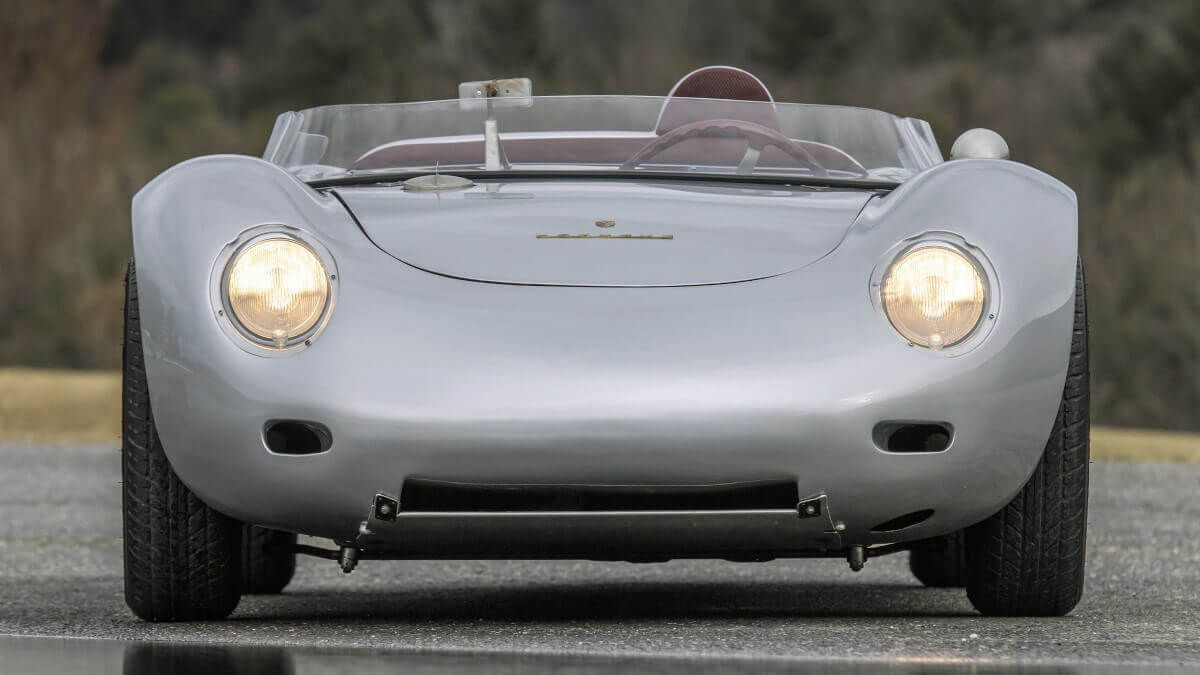 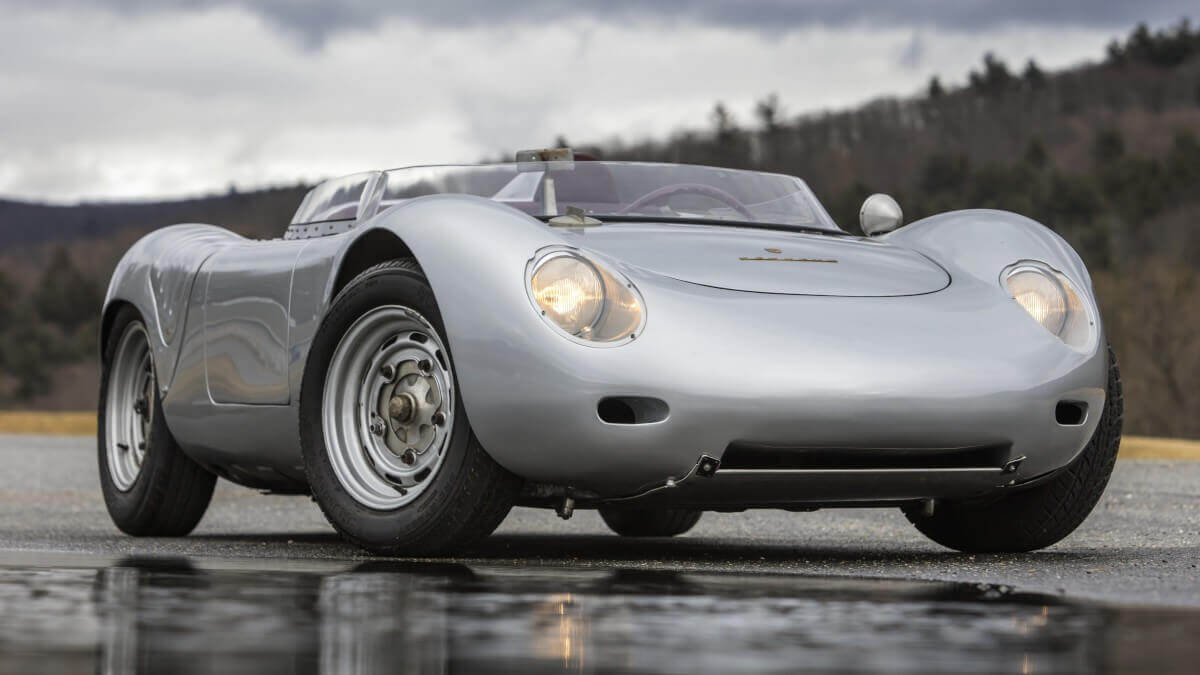 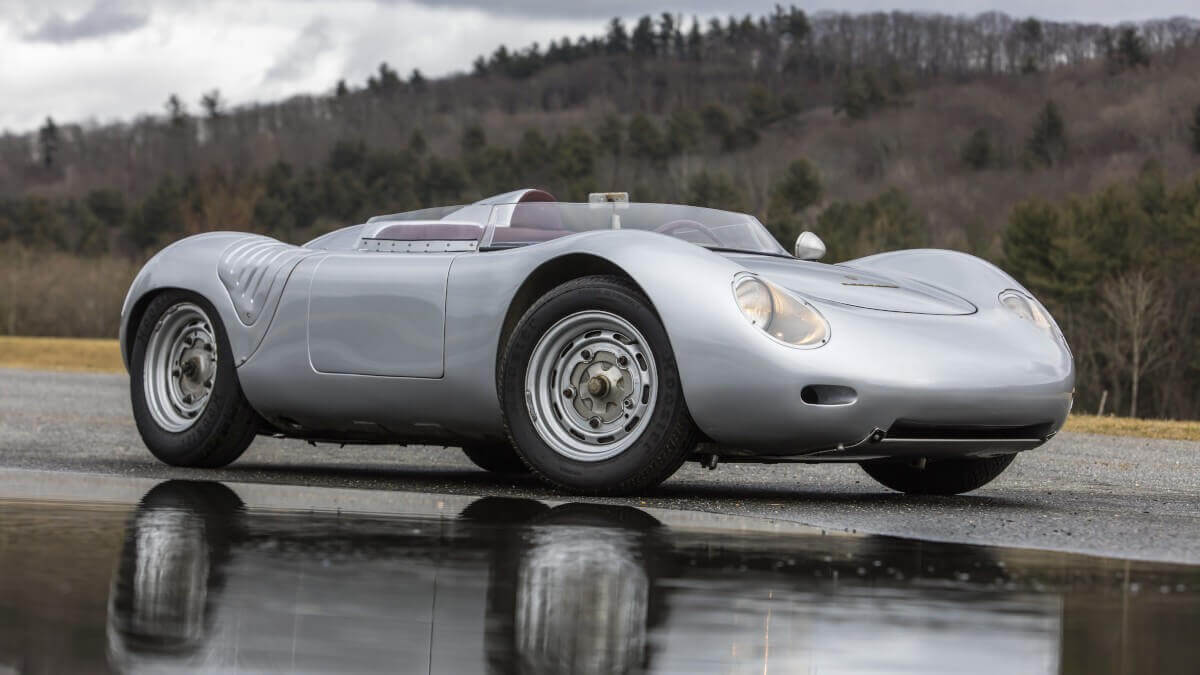 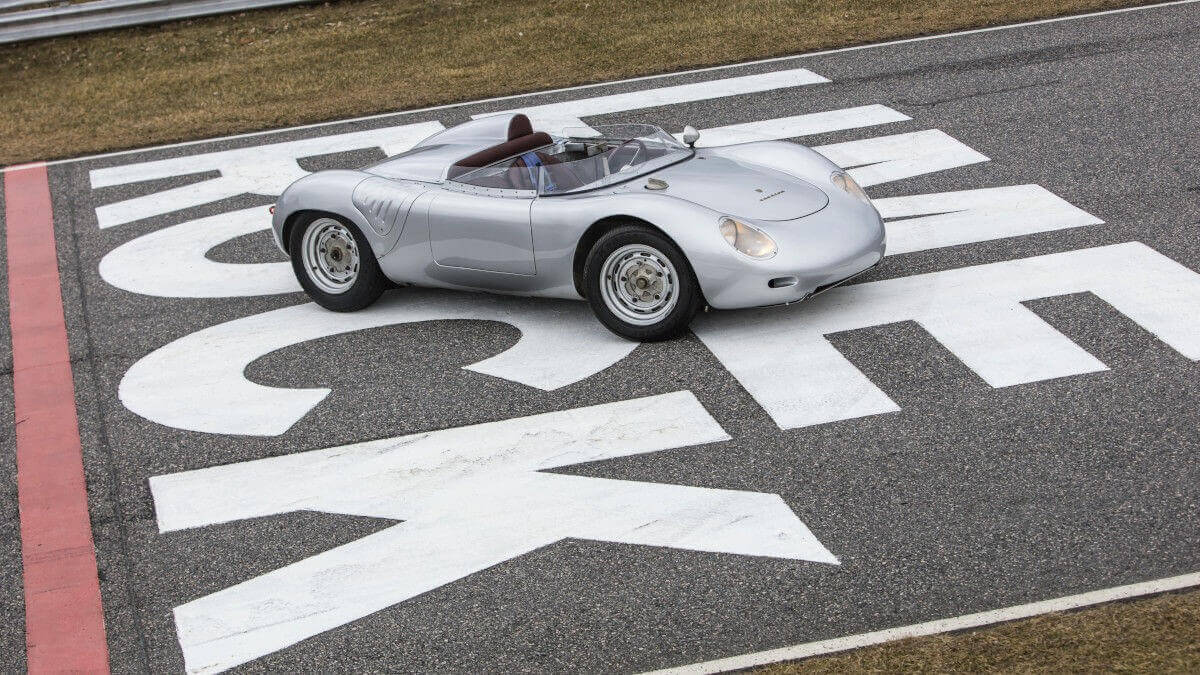 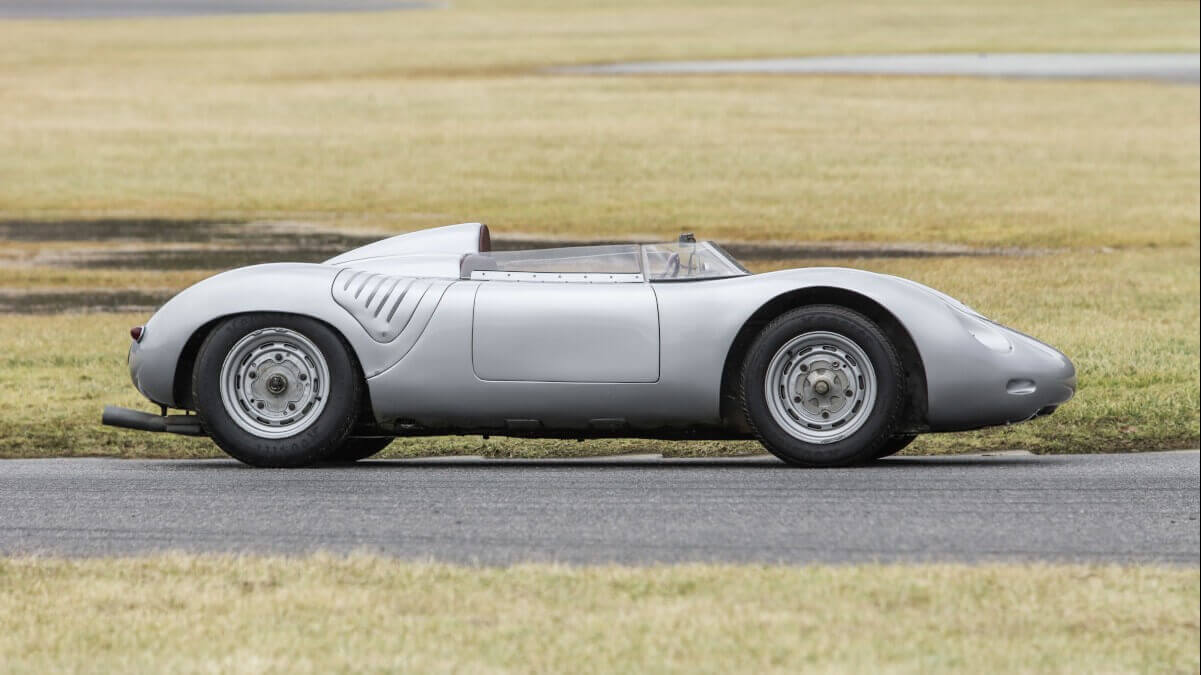 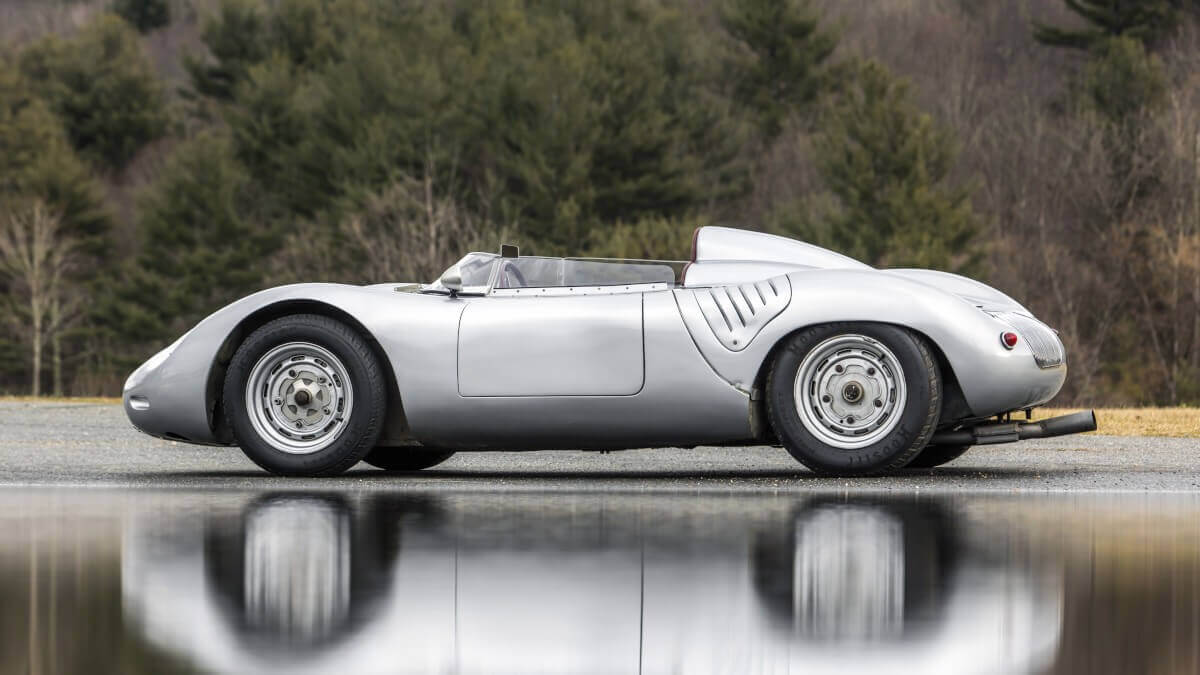 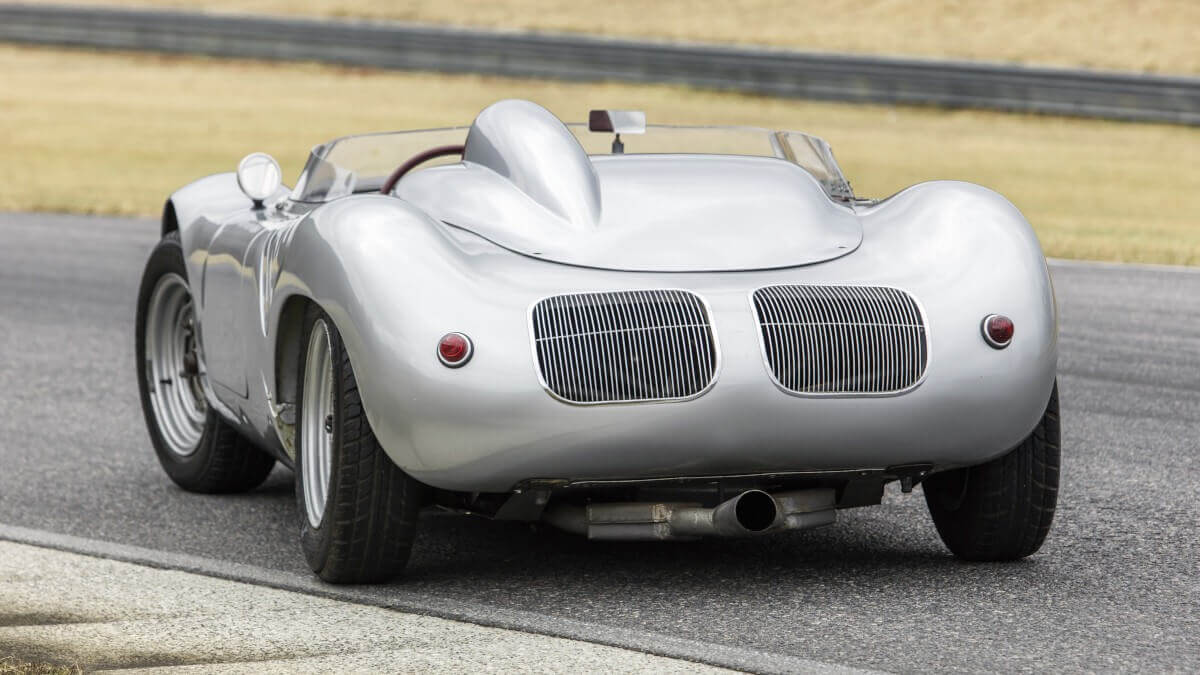 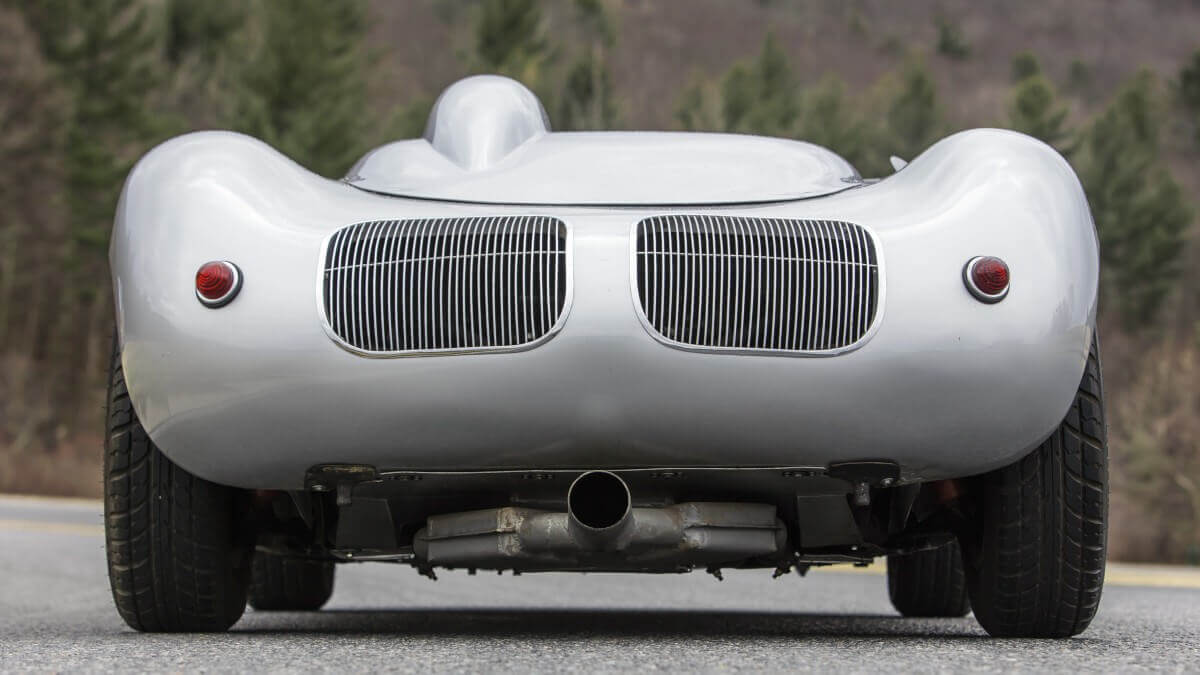 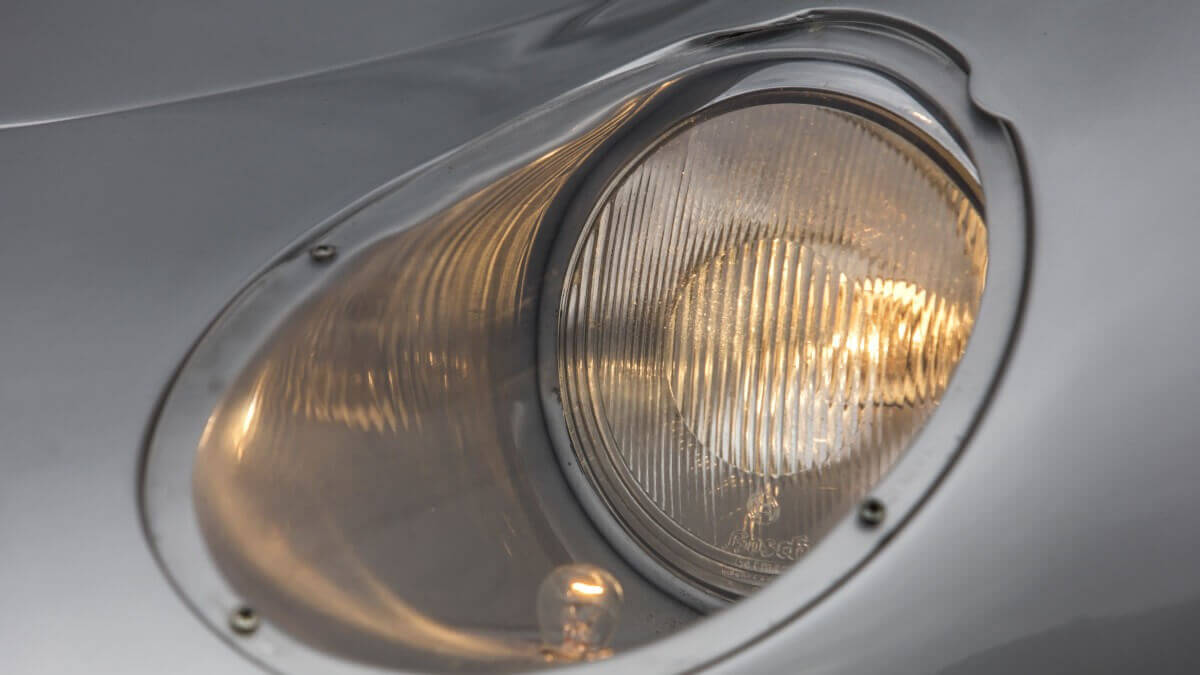 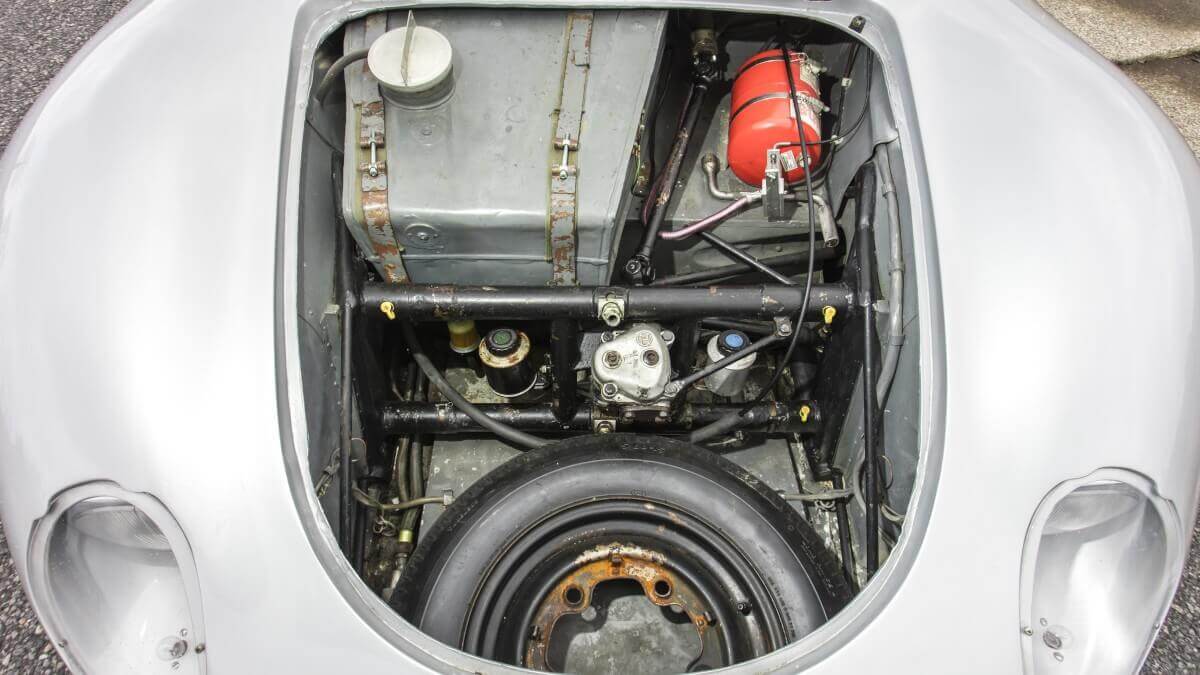 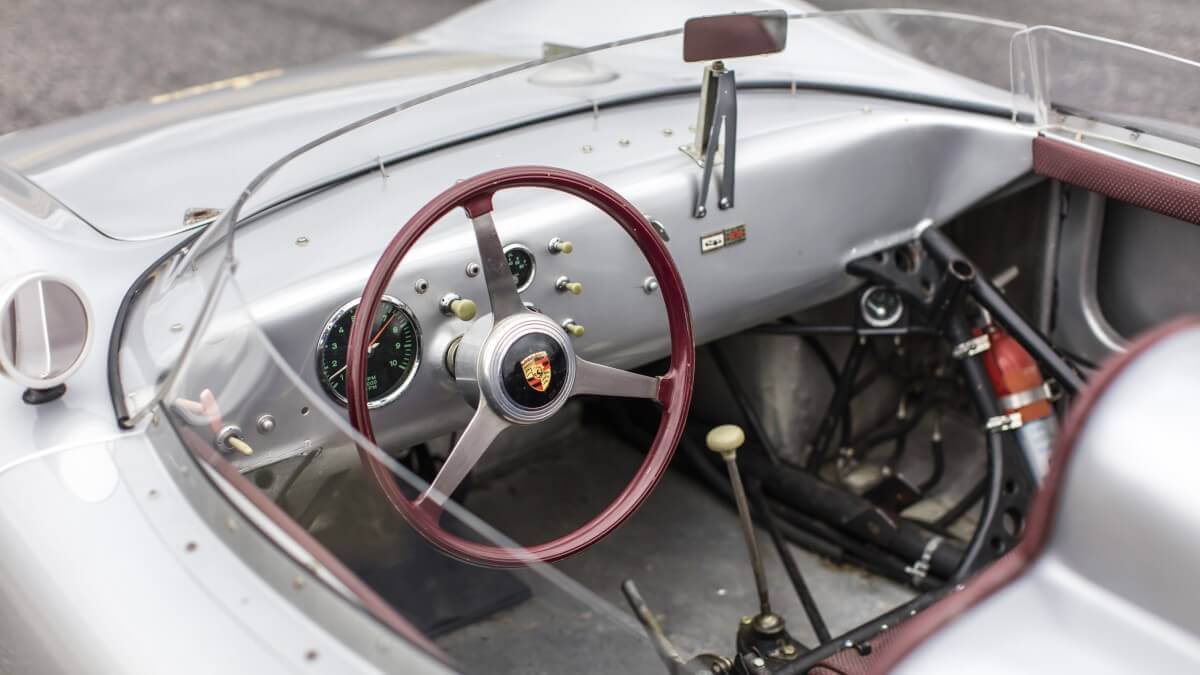 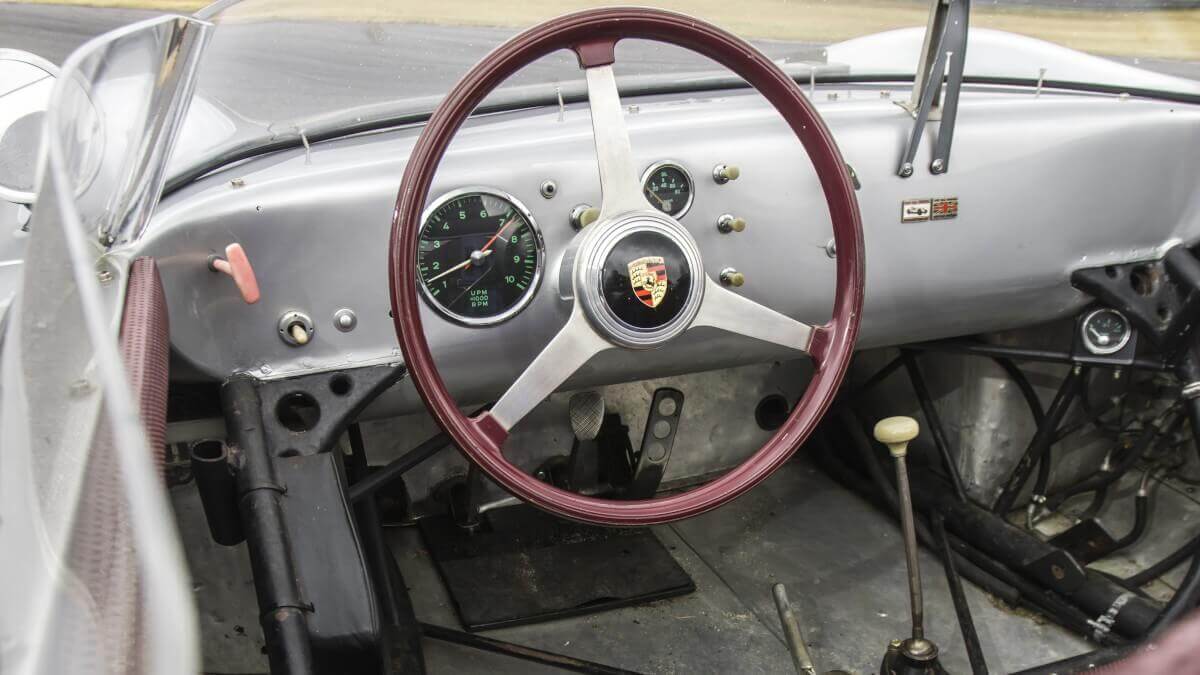 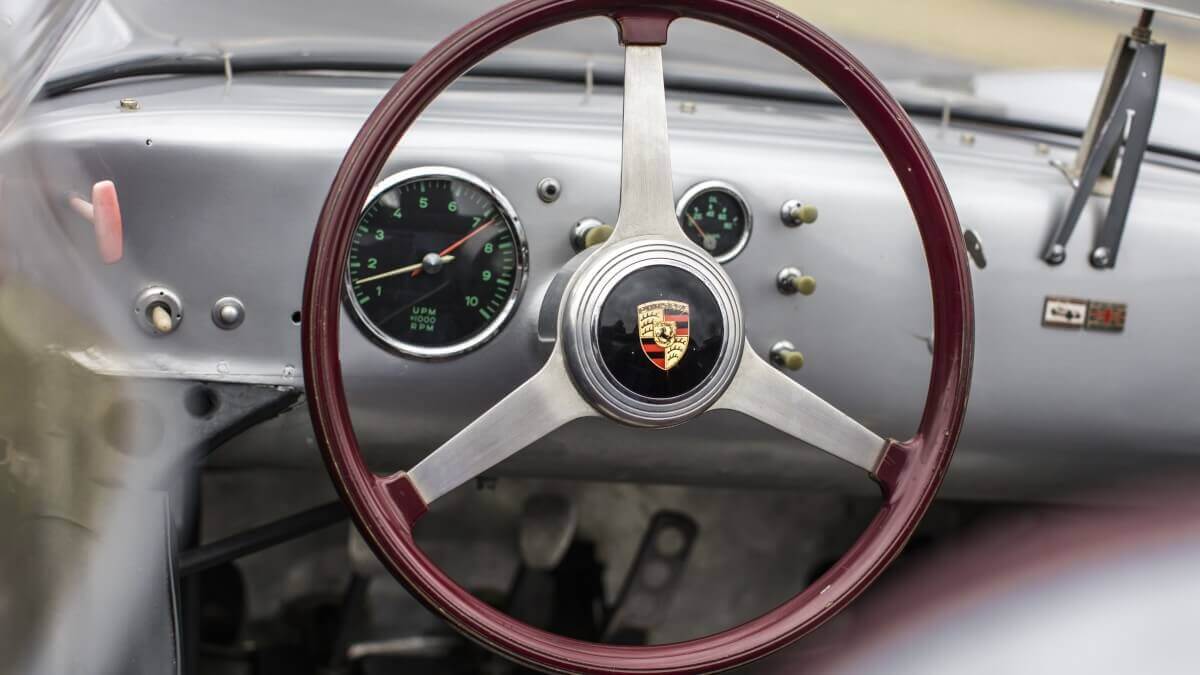 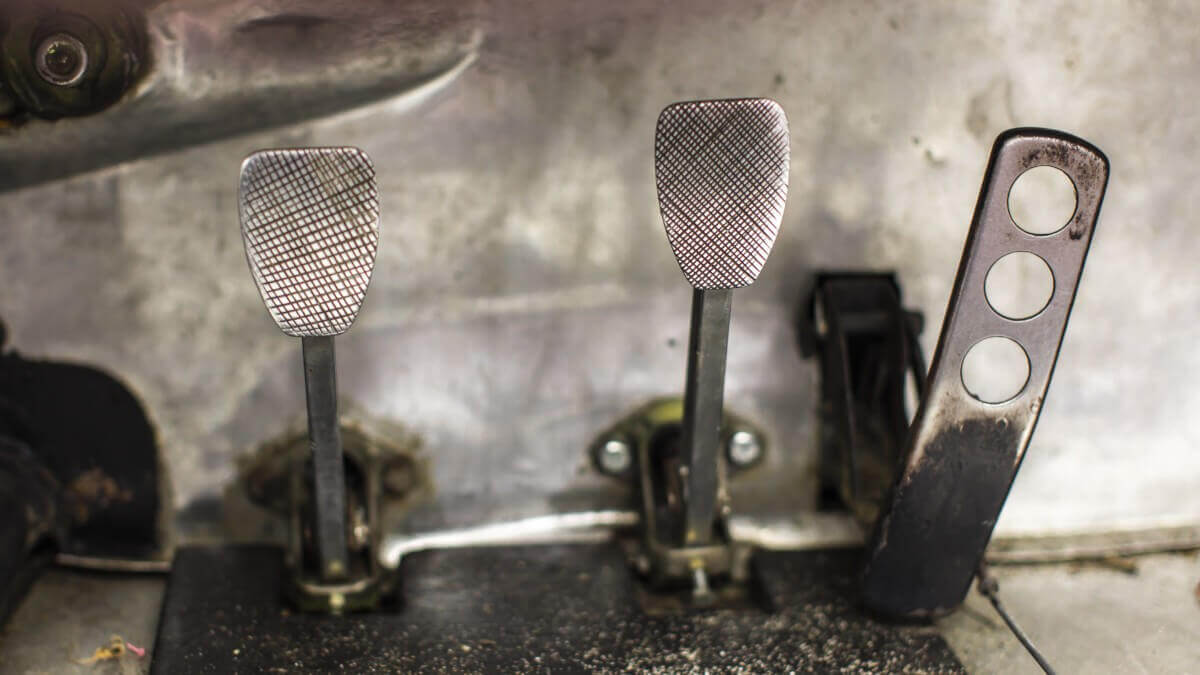 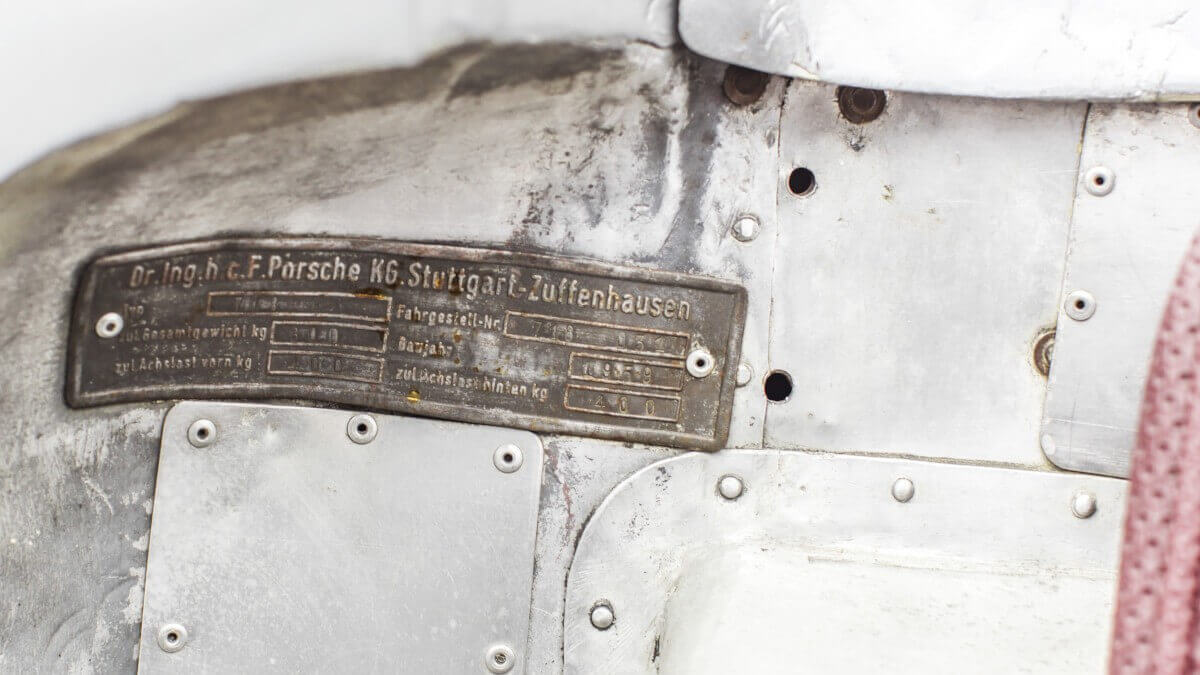 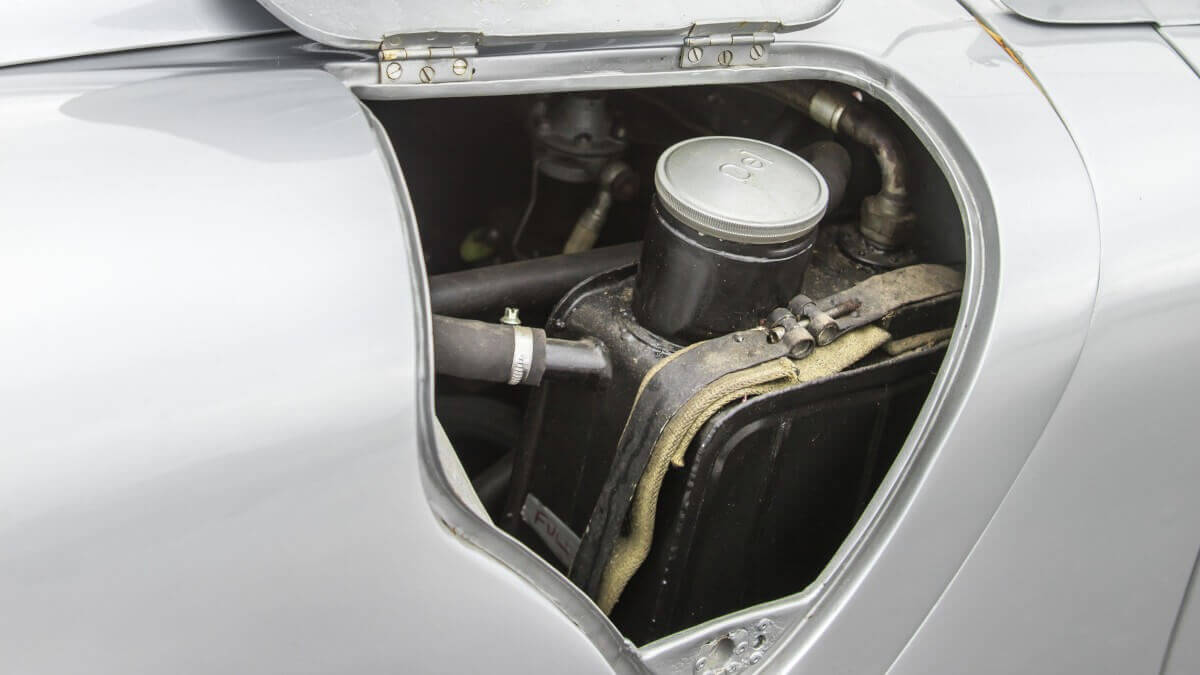 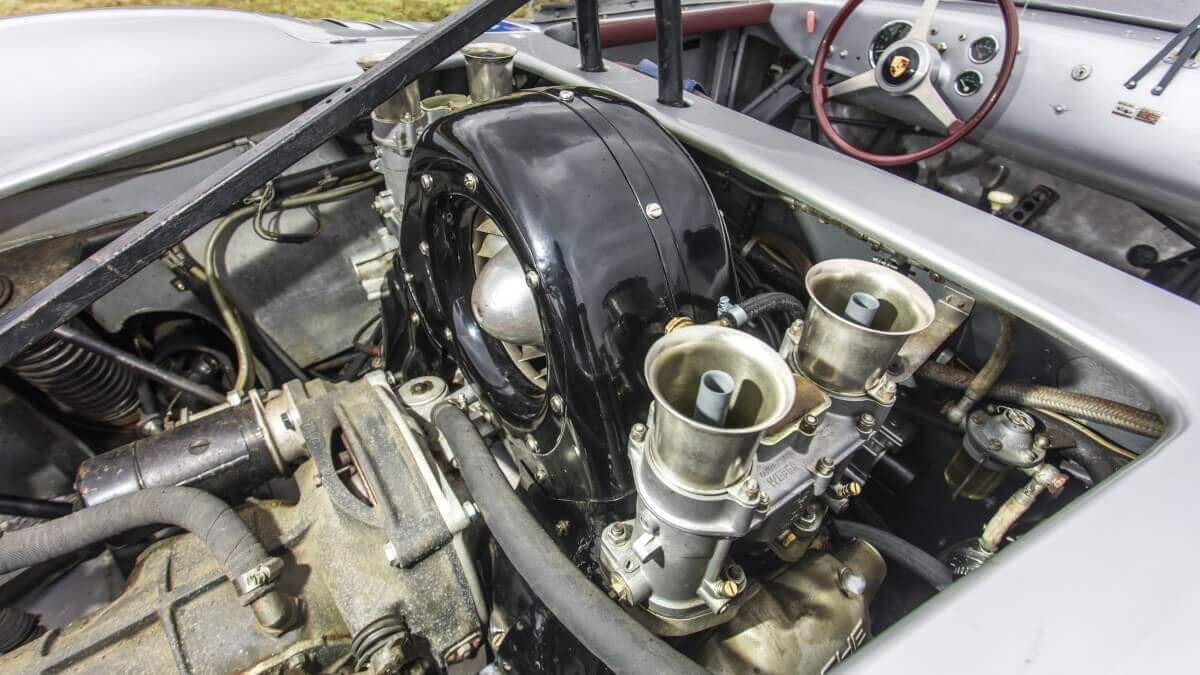 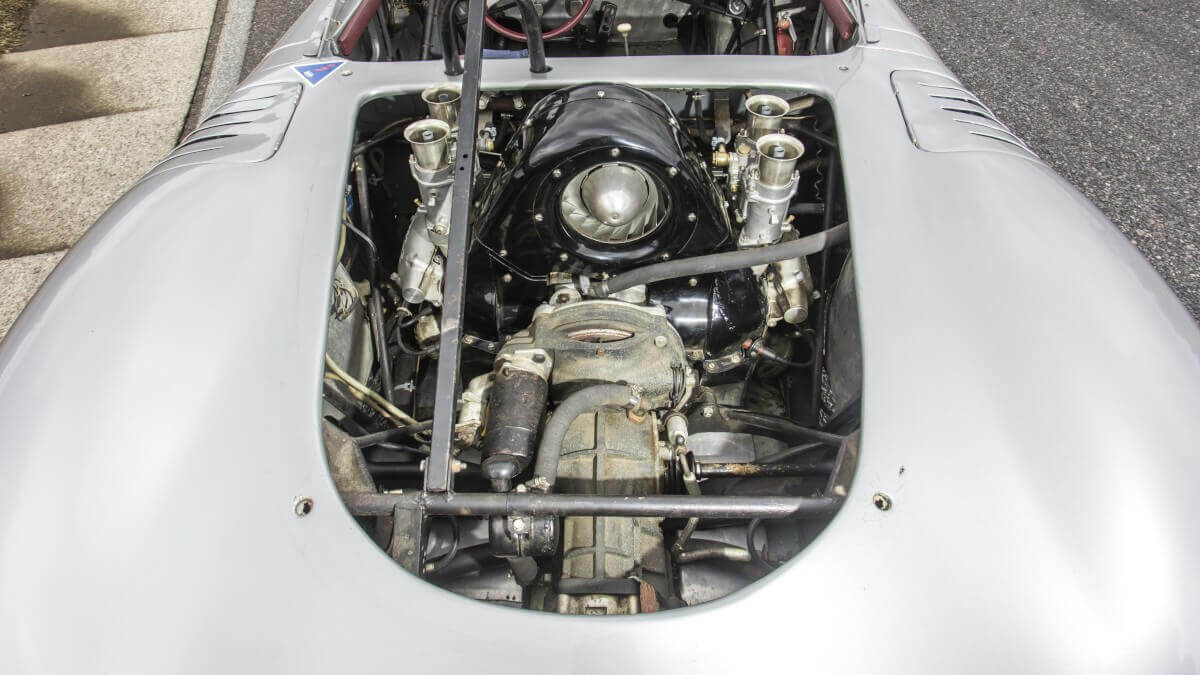 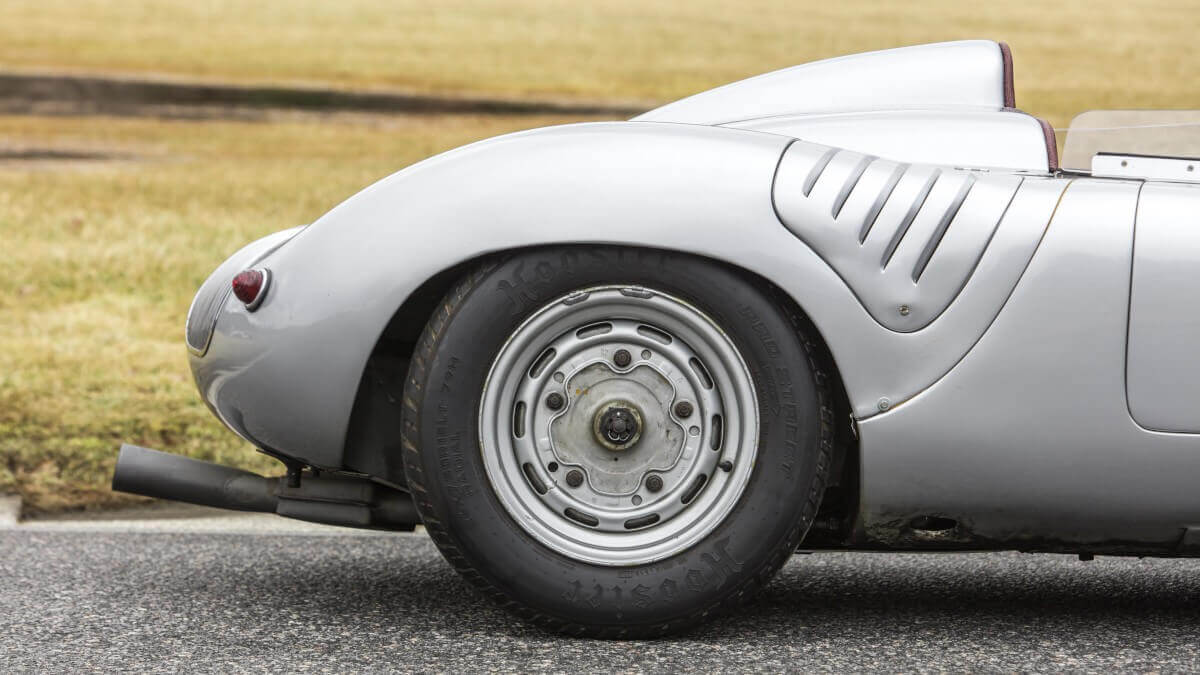 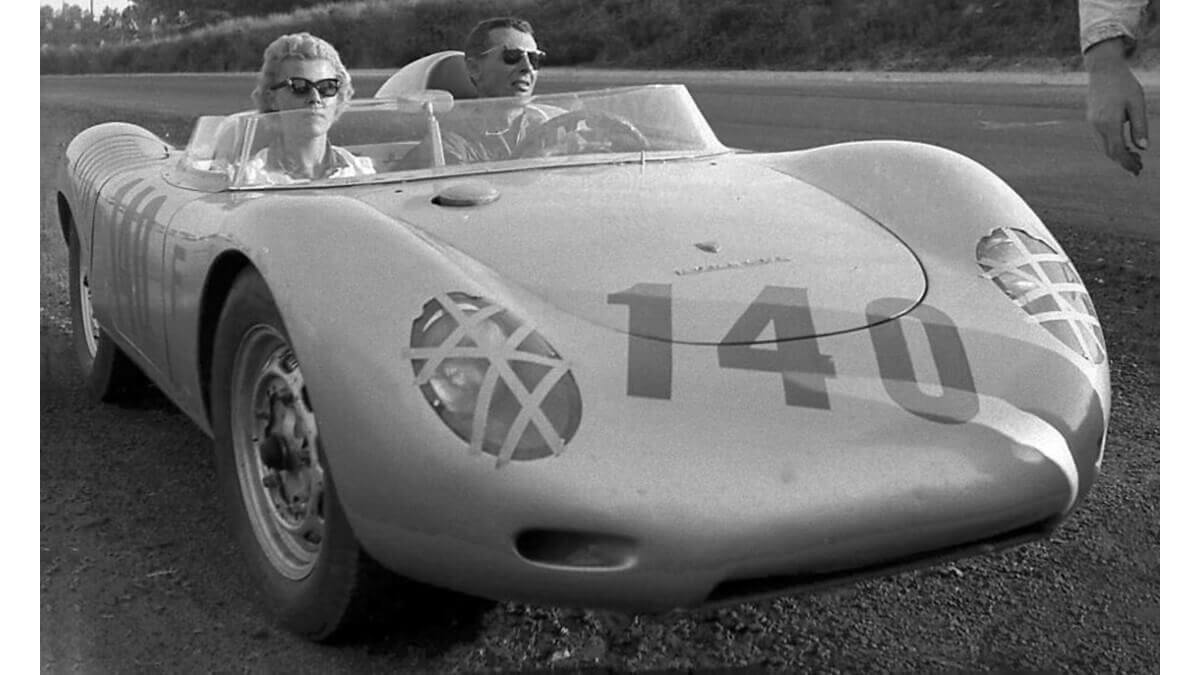 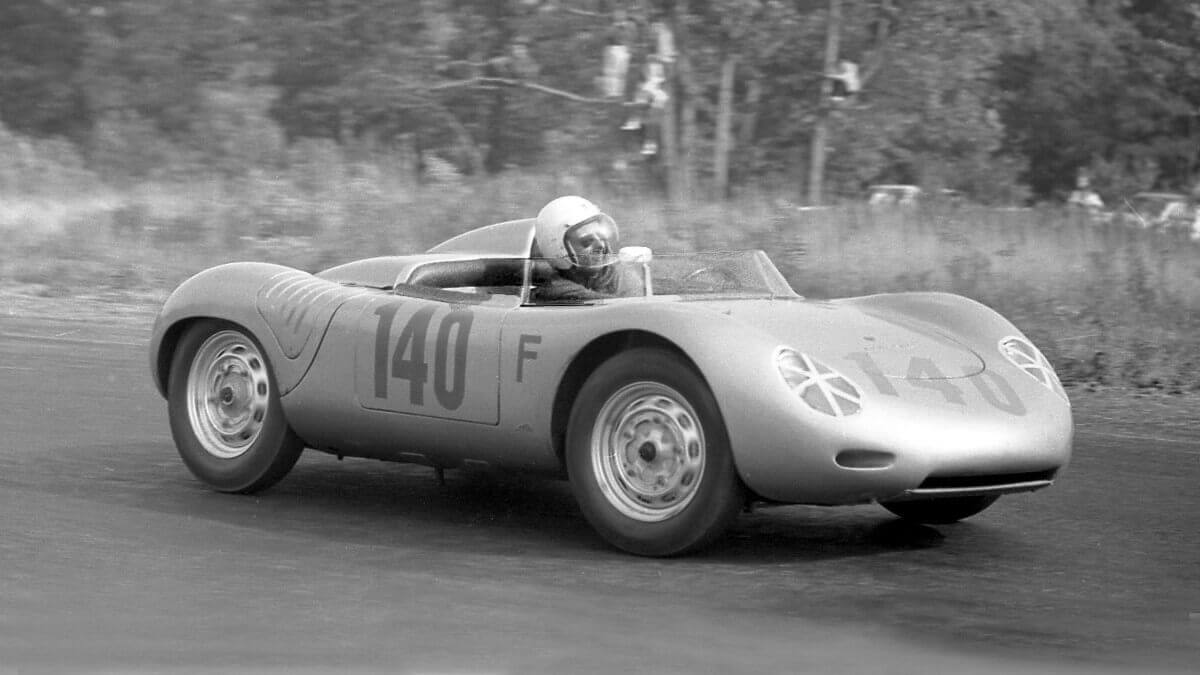 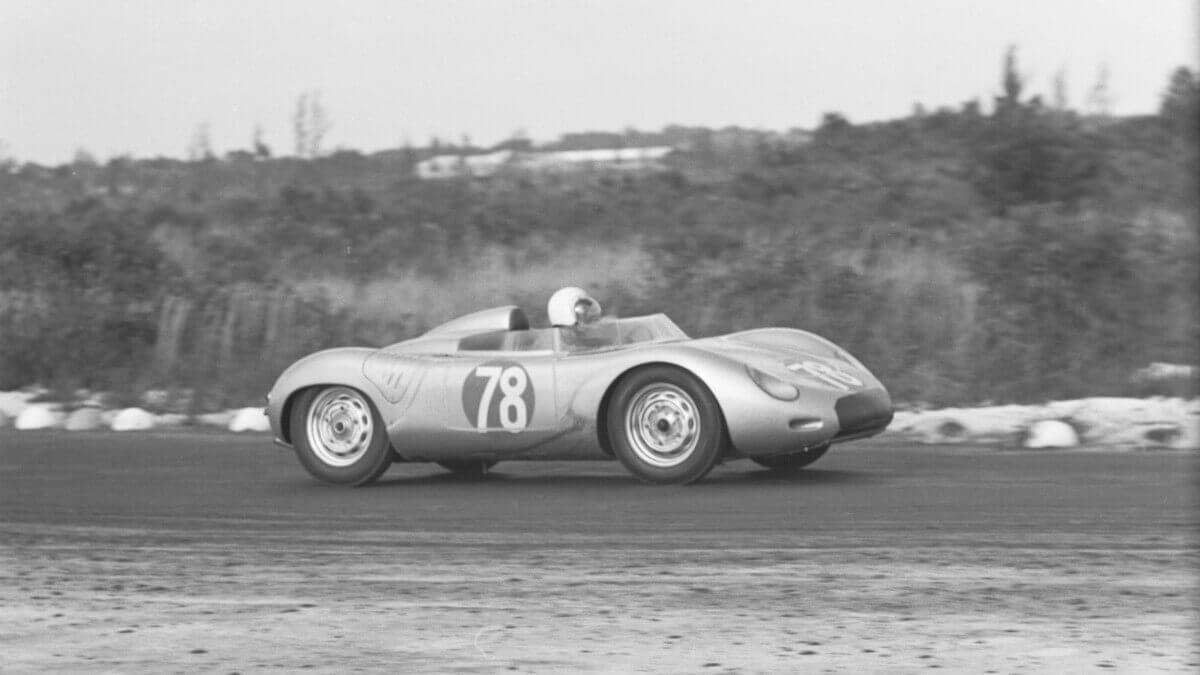 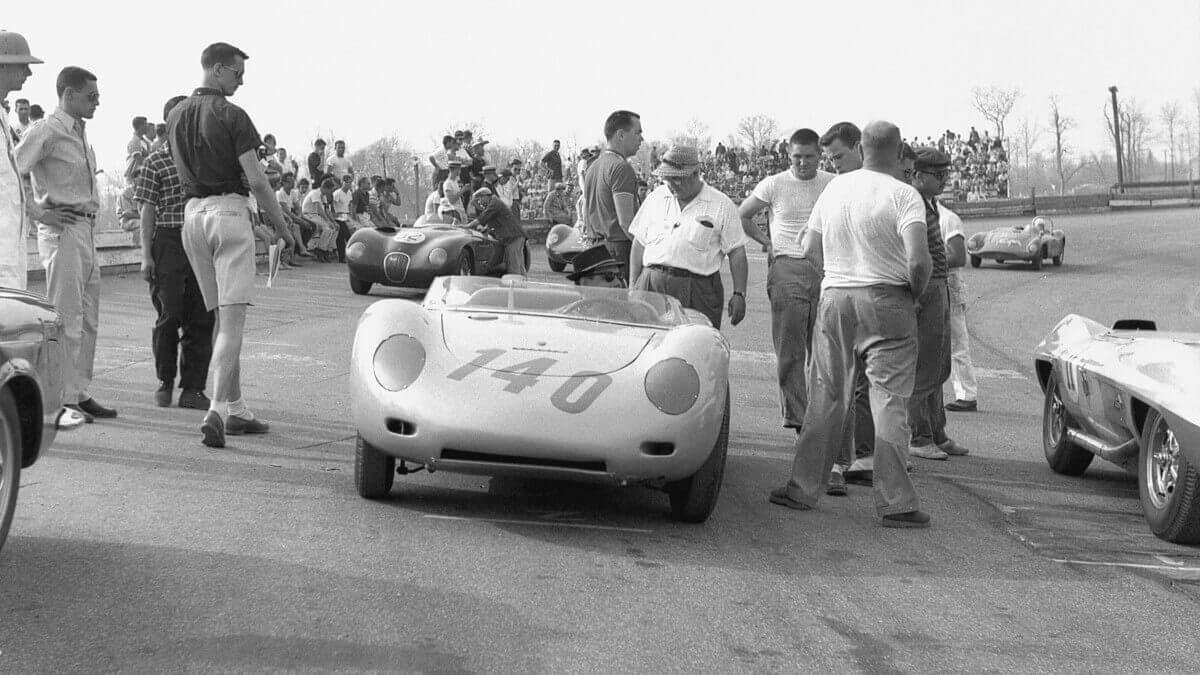 The nickname RSK on some offshoots of the 718 is derived on the one hand from the word RennSport and on the other from the special design of the front subframe, in which the upper torsion bar tubes sloped downwards and met the lower torsion bars in the middle, optically resulting in the letter ‘K’. In this way one wanted to prevent camber changes during cornering, but this couldn’t be achieved as desired during test drives. Therefore this construction didn’t make it into the car, but nevertheless gave it its nickname and the centrally mounted steering box, which made it possible for Porsche to offer the 718 also as a monoposto.

At the beginning we mentioned that Bonhams offers a corresponding vehicle for a seven-digit amount. It is the 718 with chassis number 718-031, completed in June 1959, which was first delivered to the successful industrialist Bernard ‘Bernie’ Vihl Sr in Clifton/New Jersey. Bernie drove races himself, but also gave his racing cars to other drivers. Before this 718 RSK he already owned a 550 Spyder, later a 718 RS60 followed. At the wheel of 718-031 he often had his wheelman Robert ‘Bob’ McCormick Holbert from Warrington/Pennsylvania, who was one of the first authorized Porsche dealers in the USA since 1953. His business still exists today. He won four SCCA championships on Porsche and his son Al continued the family tradition with two overall victories at the 12 Hours of Sebring. Bob Holbert competed in the SCCA championship with the 718 RSK in 1959 and 1960. However, the car had to be extensively repaired after only about 500 driven yards in the first training session for the first race, after a Corvette and a Ferrari had smashed the front left fender and the rear of this Porsche. After less than a month, the car was ready to race again, taking second place at the SCCA National Cumberland with Holbert at the wheel, followed by podium finishes at Bridgehampton, Riverside, Montgomery, Vineland and Thompson. After finishing seventh in the SCCA race at Watkins Glen, the team ended the season at the 6th Annual International Bahamas Speed Week in December 1959. Several races took place here within one week. Holbert won the Governor’s Trophy for cars under two liters and finished third overall and first in his class at the Nassau Trophy held two days later. Various successes followed in 1960, including overall wins at the National Race in Virginia on May 1 and at the National Continental Divide in Colorado on July 17. In the fall of 1961 Bernie Vihl sold the car to Herb Wetanson, who continued to race the RSK for some time. In the mid-1960s he replaced the original engine with a 904 Carrera GTS engine.

In 1974 Wetanson sold the 718 through the dealer Gran Turismo Automotive Enterprises Ltd. to the current owner, who directly had extensive repairs done, including the installation of a new front end and a complete repainting. In early 1978 he and another collector exchanged the 904 engine for a correct RSK engine and a rebuilt and fitting gearbox. In 1981, 1985 and 1995 further restoration work was done to the drivetrain, seats and other parts. Until 1999 this Porsche took part in various VSCCA events, but from 2000 it mostly stood parked unmoved in an air-conditioned garage. It is therefore not surprising that a recent technical inspection at Automotive Restoration in Stratford/Connecticut cost around US$ 10,000. Now the only fourth owner in the history of this Porsche 718 RSK could follow and continue the successful motorsport history. And with this also the question from the beginning of our article is answered. With a total number of less than 70 Porsche 718s built in total and the car available here showing extensive racing history, interested collectors with a large purse can be found for sure.