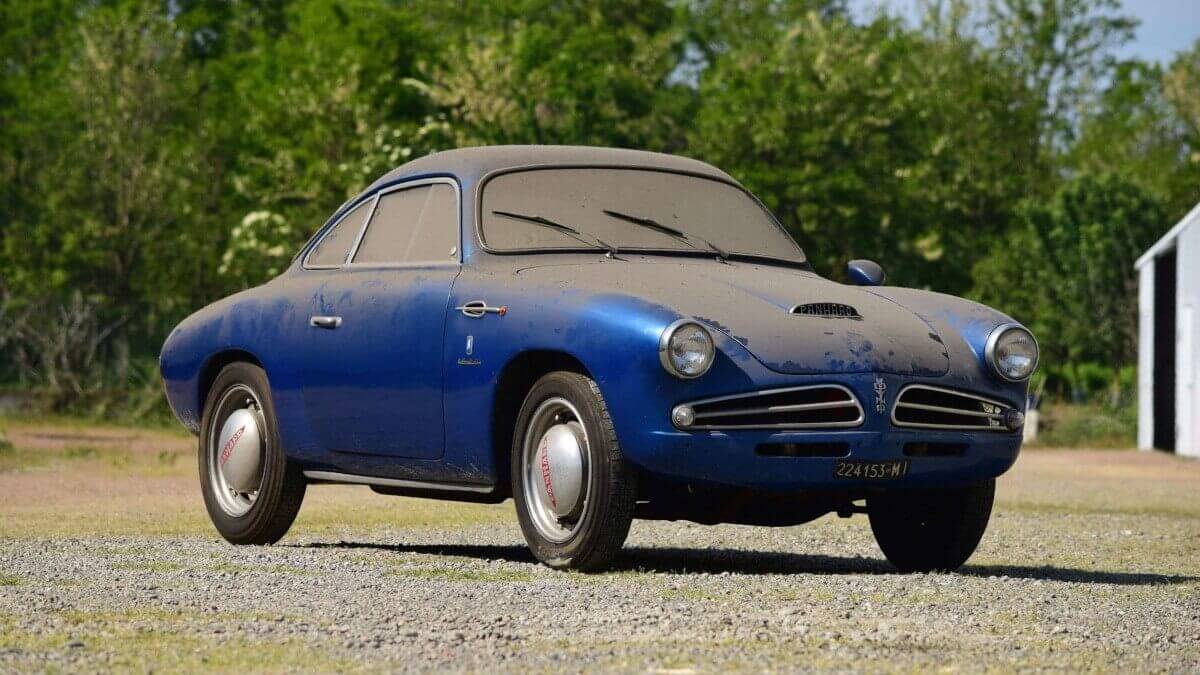 If you take a quick look at our picture gallery, you could assume a report on a barn find. But don’t be fooled by the dense layer of dust on the vehicle. This Panhard X86 Berlinette Allemano is in good condition and hasn’t just been moved for several years. However, the question ‘why?’ is totally legit. This question also comes up when you’re considering the general brand history of Panhard & Levassor. Founded in Paris in 1886, the French manufacturer was one of the oldest automobile manufacturers in the world. In addition to interesting models, innovations such as the patented Panhard rod, a guide element installed diagonally between the wheels of one axle on vehicles with a rigid axle to increase the stability, were developed. By friendly connections to the German family Daimler, Panhard was allowed to produce the Daimler engines in license during the first years. From the early 1890s they also built cars with the engine, cooling and gearbox in front and chain-driven rear wheels. This principle was adopted as ‘Système Panhard’ by many other automakers. The first model based on this design principle, the P2D, was the first gasoline-powered production car to be sold to customers – even before Carl Benz was able to sell its first vehicles.

Over the decades, various car models followed up into the luxury class as well as various commercial vehicles and lorries. In addition, the department for aircraft, boat, pump and stationary engines became another important pillar of the company. From 1912 Panhard started to build so-called slider motors without valves by patents of Charles Yale Knight. Already in the 1920s, the Panhard engineers dealt with alternative power sources such as wood gas (1925) or natural gas (1929) as well as with a diesel engine according to Knight principles (1931). In the luxurious car models, Panhard went up to 12 cylinder engines before World War 2. The visual highlight of the marque was the Panhard Dynamic, offered from 1936 with a streamlined body. After the war, they decided not to offer the complicated slider engines anymore and also moved downwards in terms of car sizes. Instead of luxury vehicles Panhard now offered small and compact cars with boxer engines. They took over the X-numbering of chassis with cardan drive used since 1911 and used it partly as model names. Before the war, the numbering stopped at X82 and was taken up again from 1946. In 1967, the brand merged with Citroën and ended production after the French competitor already took over 25 percent of Panhard in 1955. 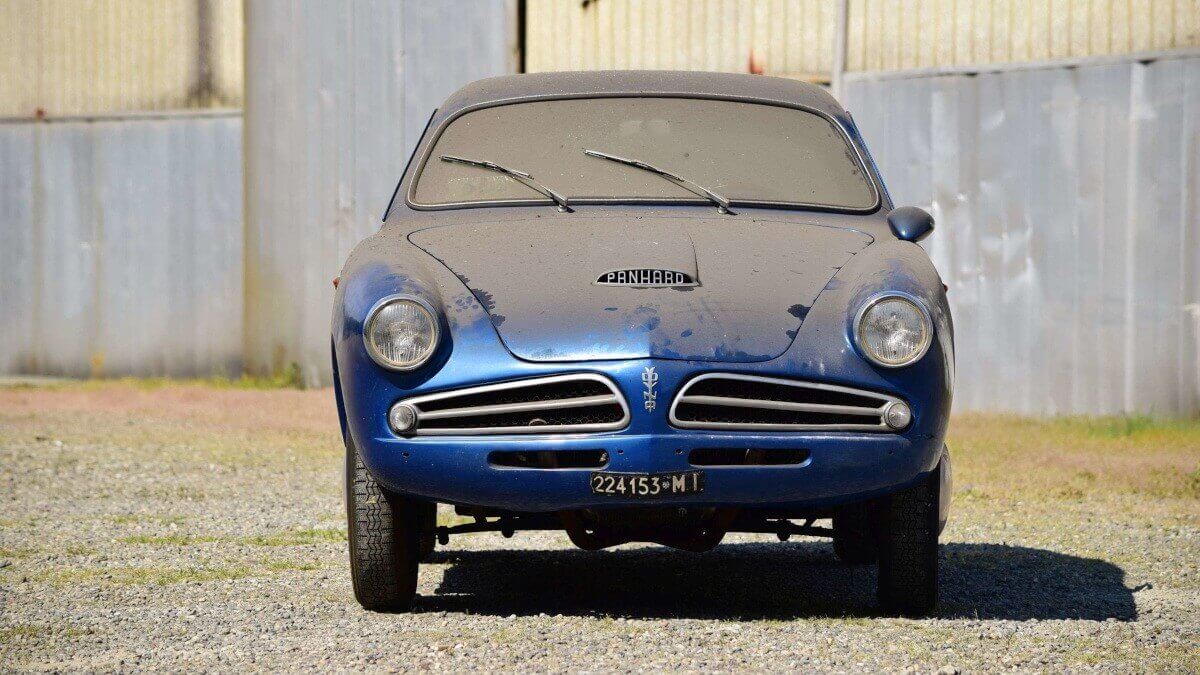 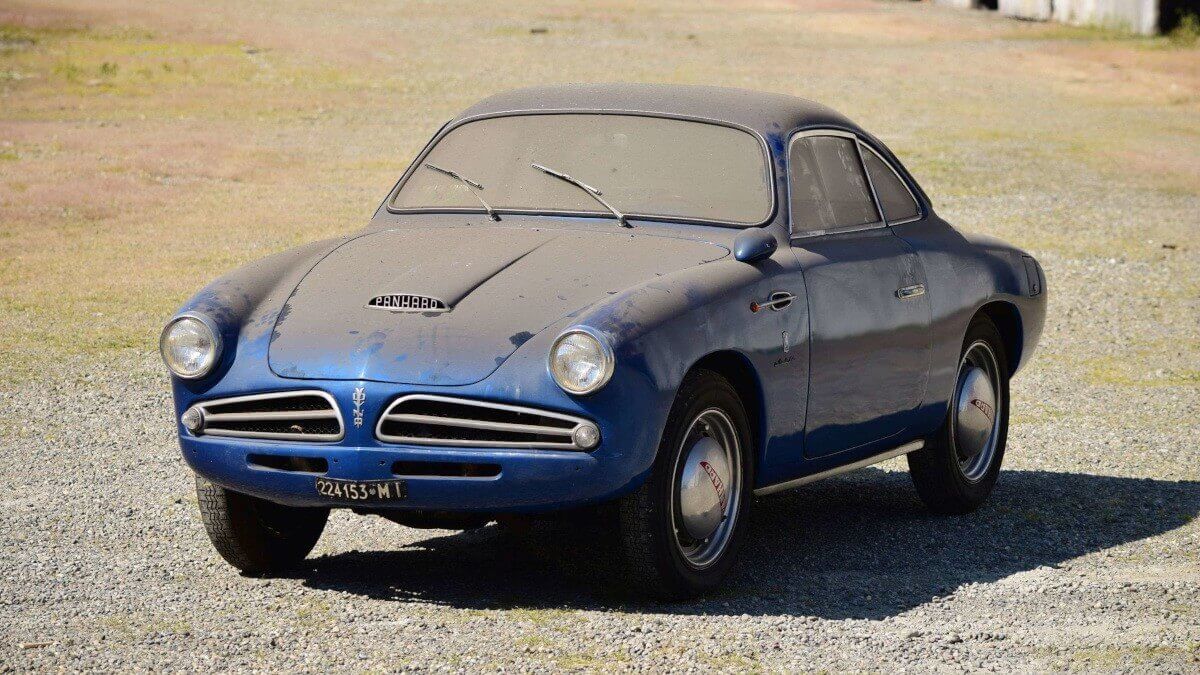 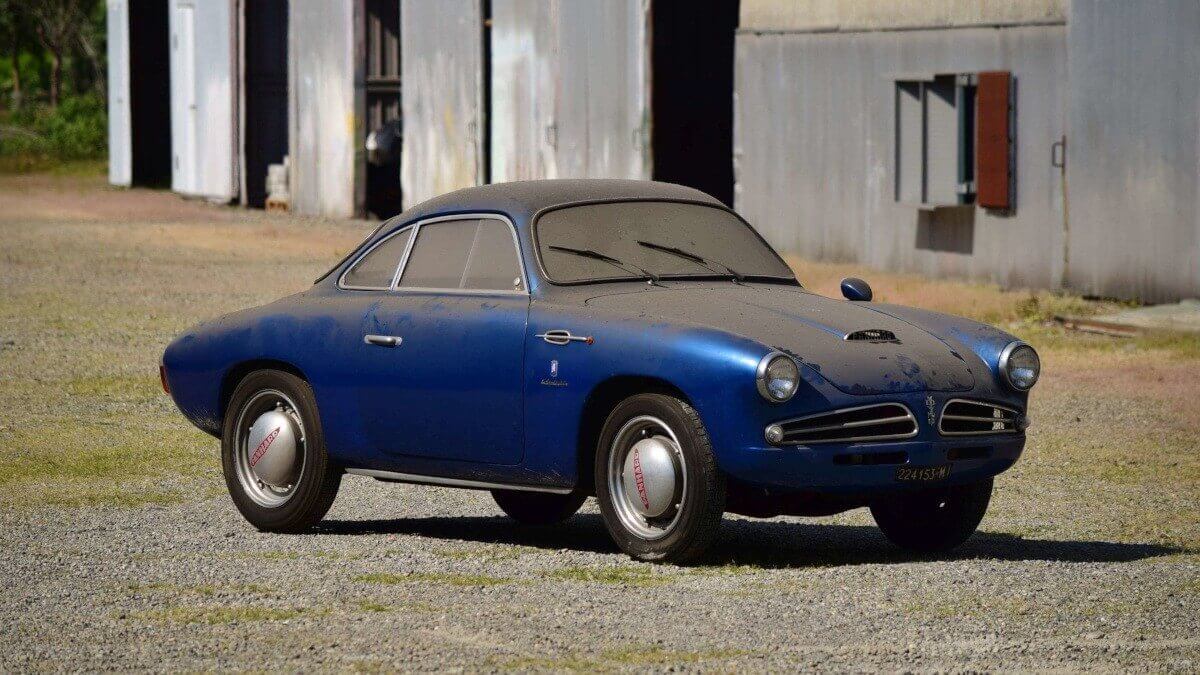 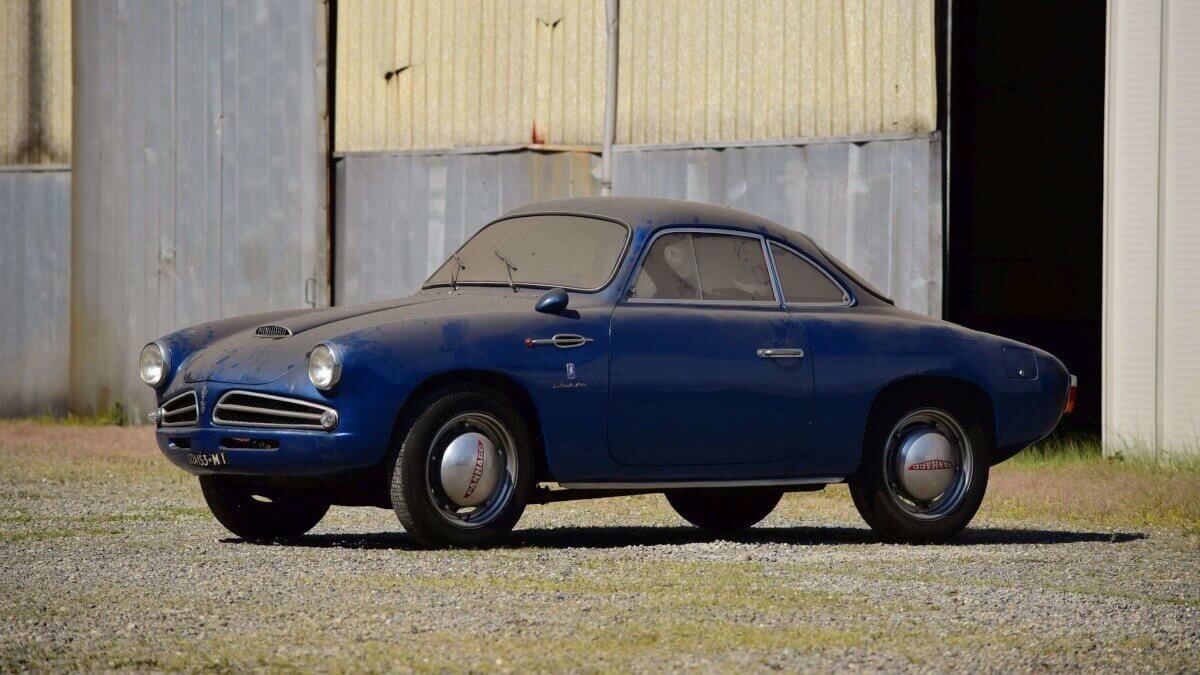 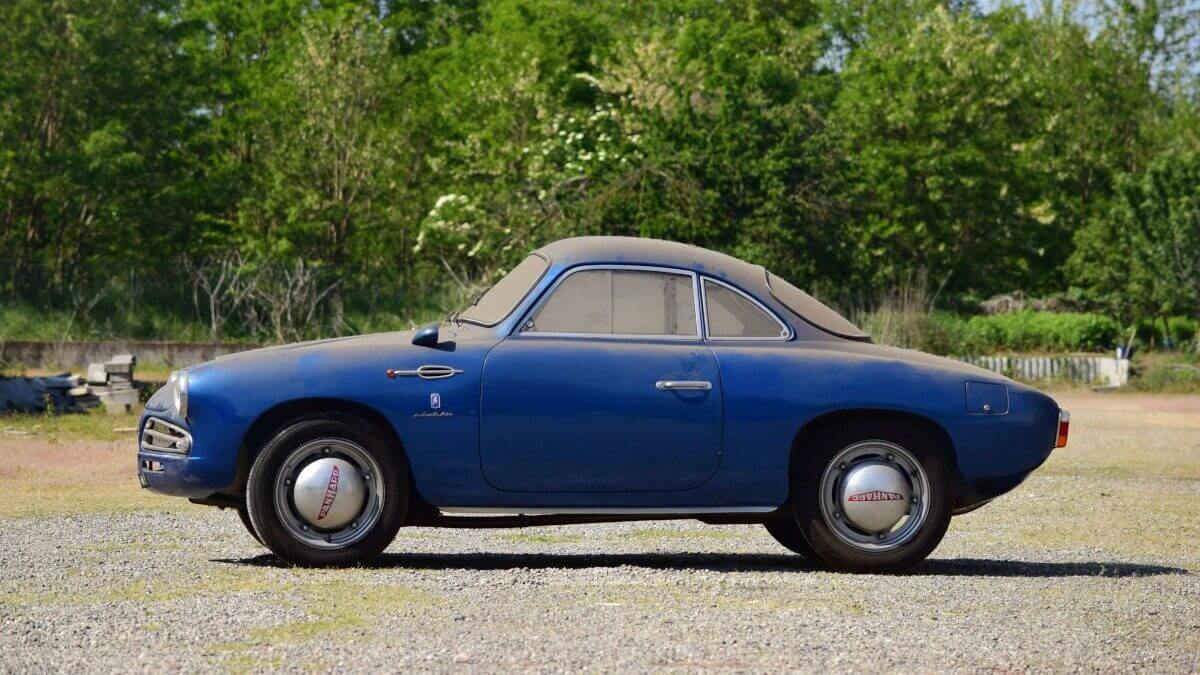 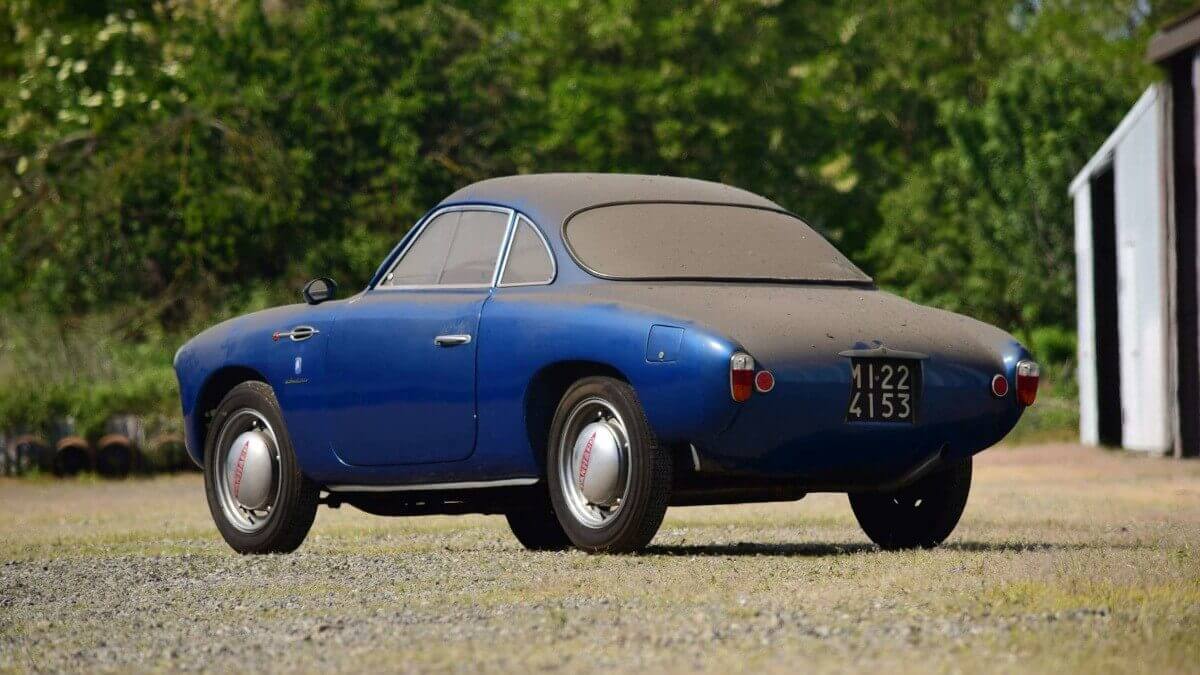 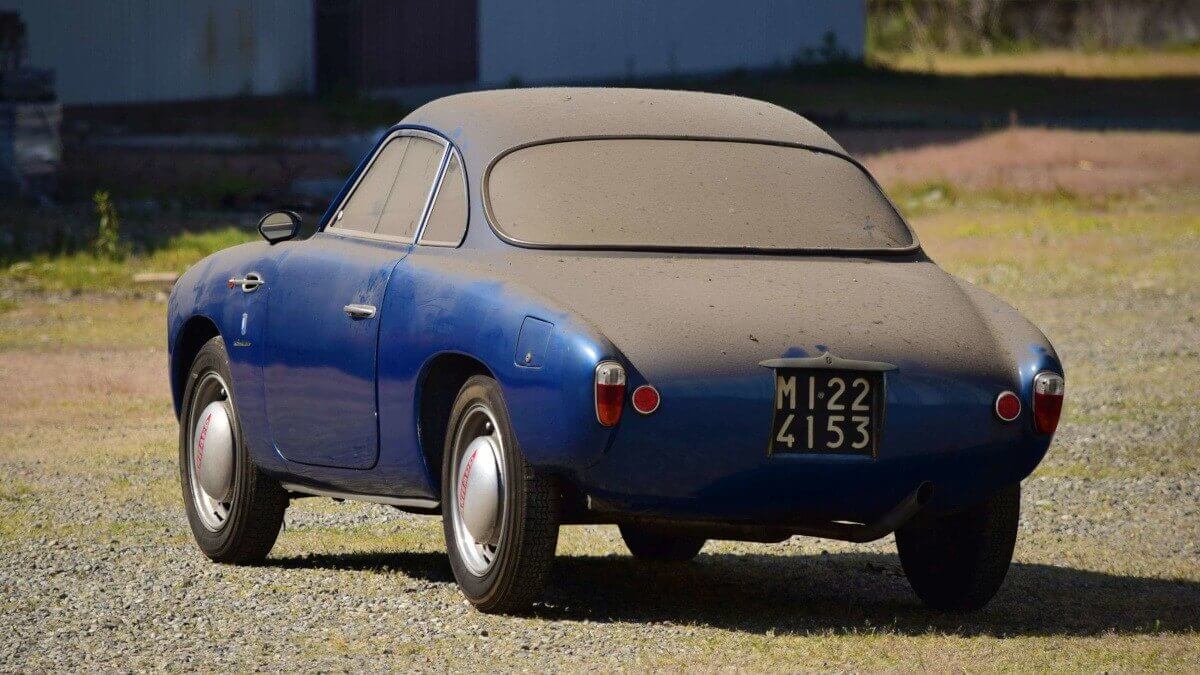 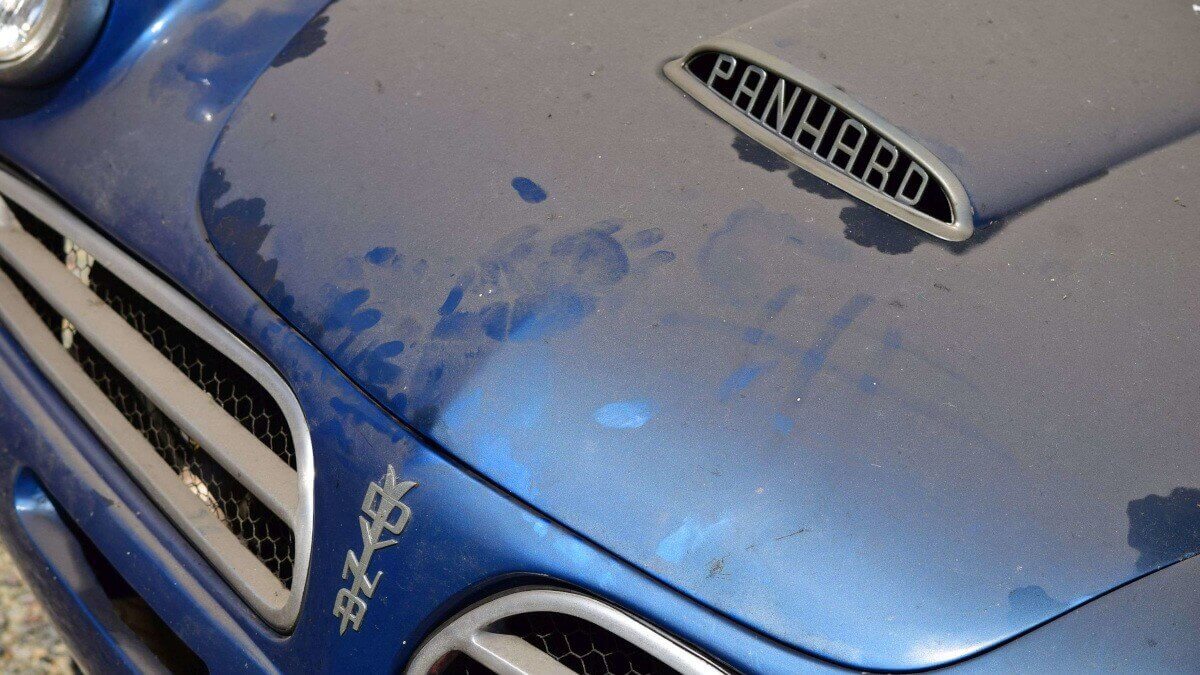 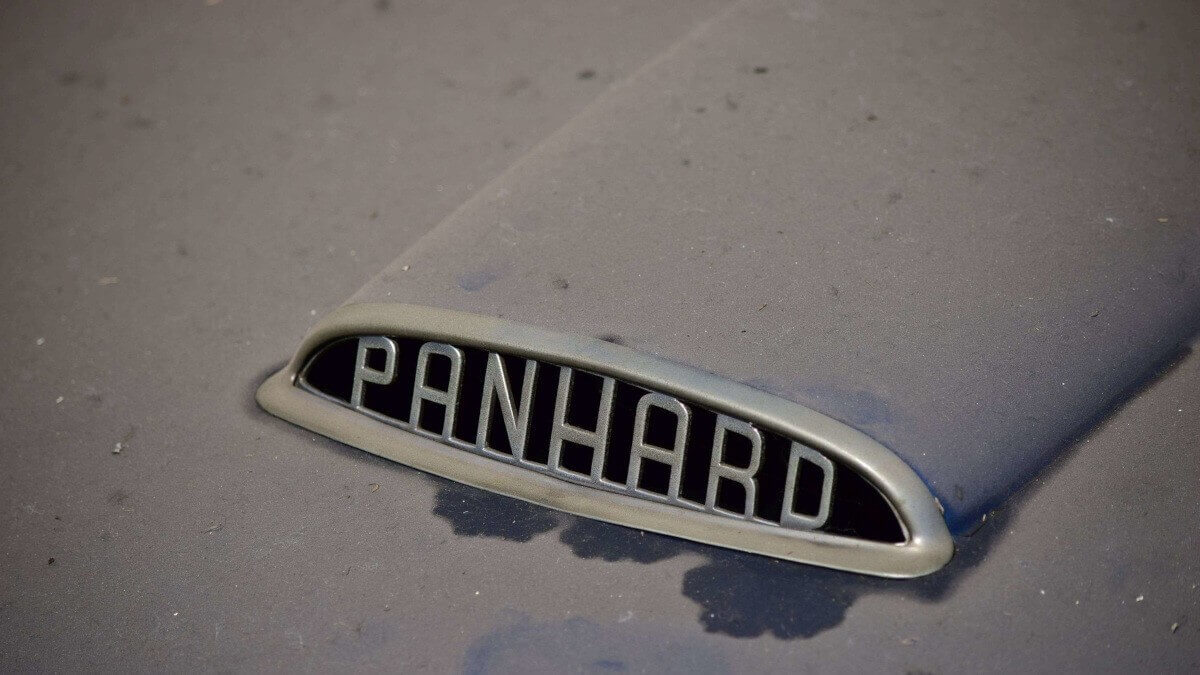 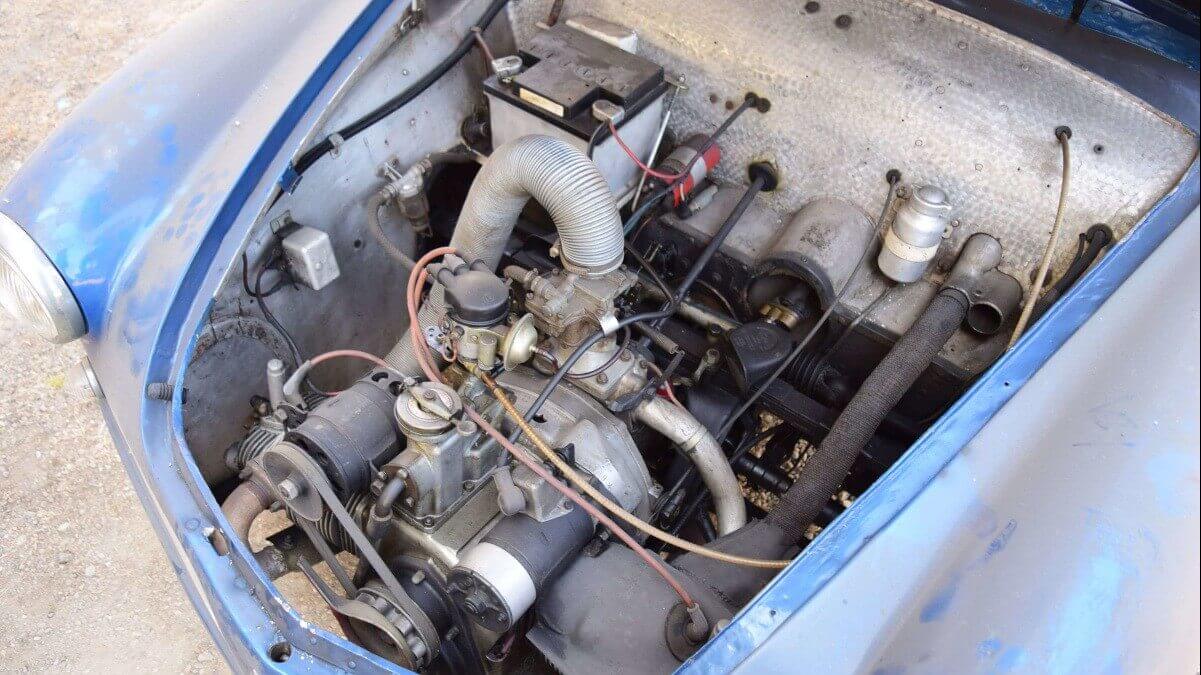 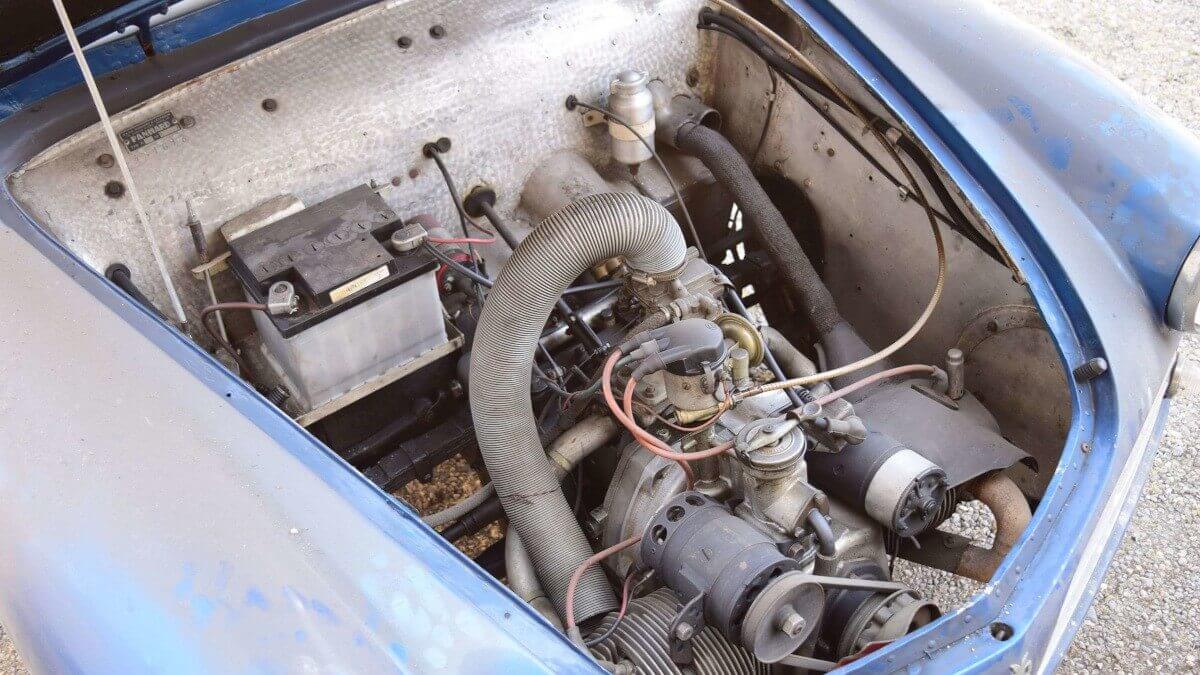 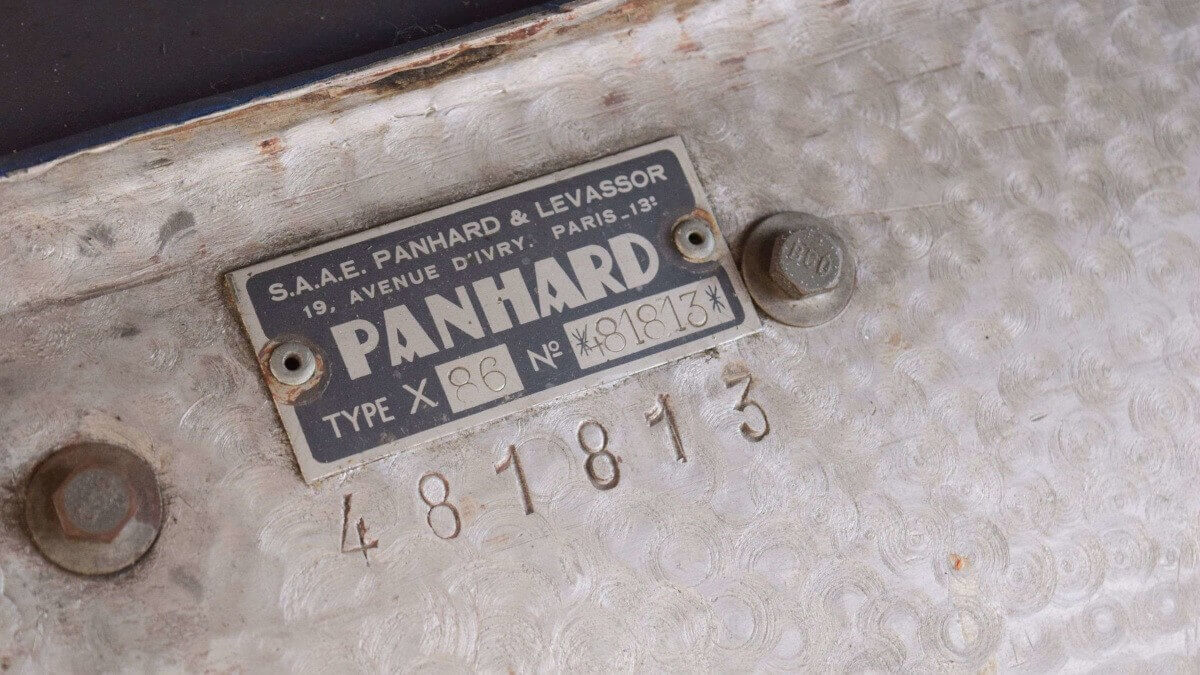 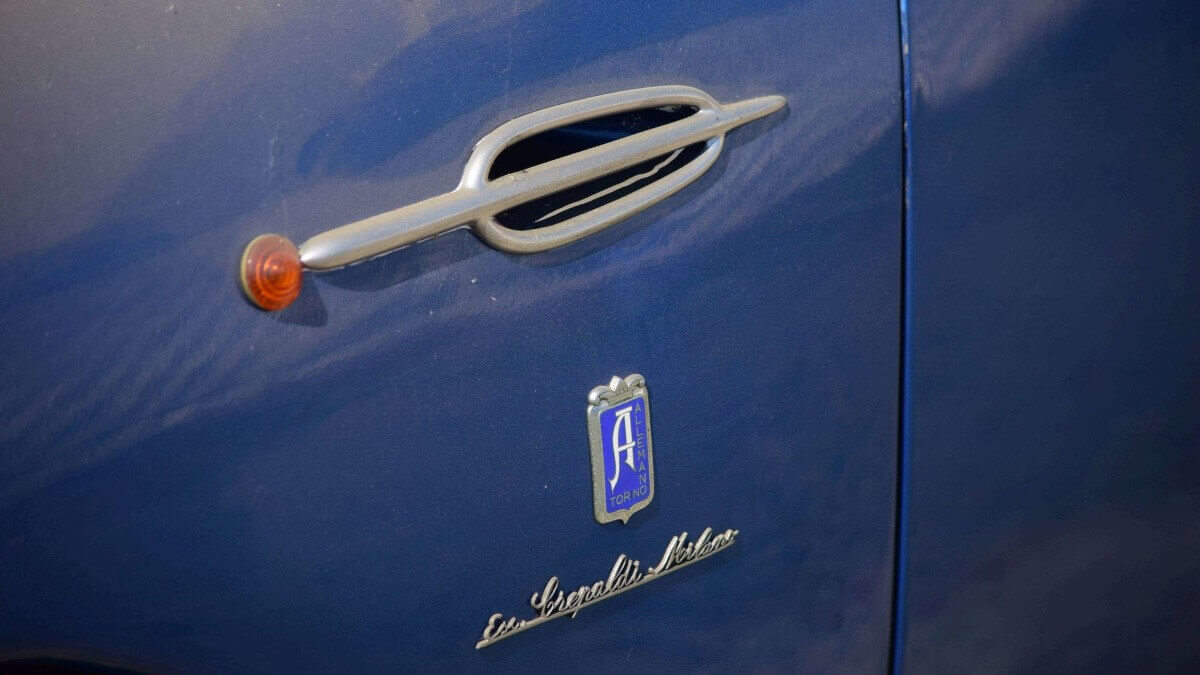 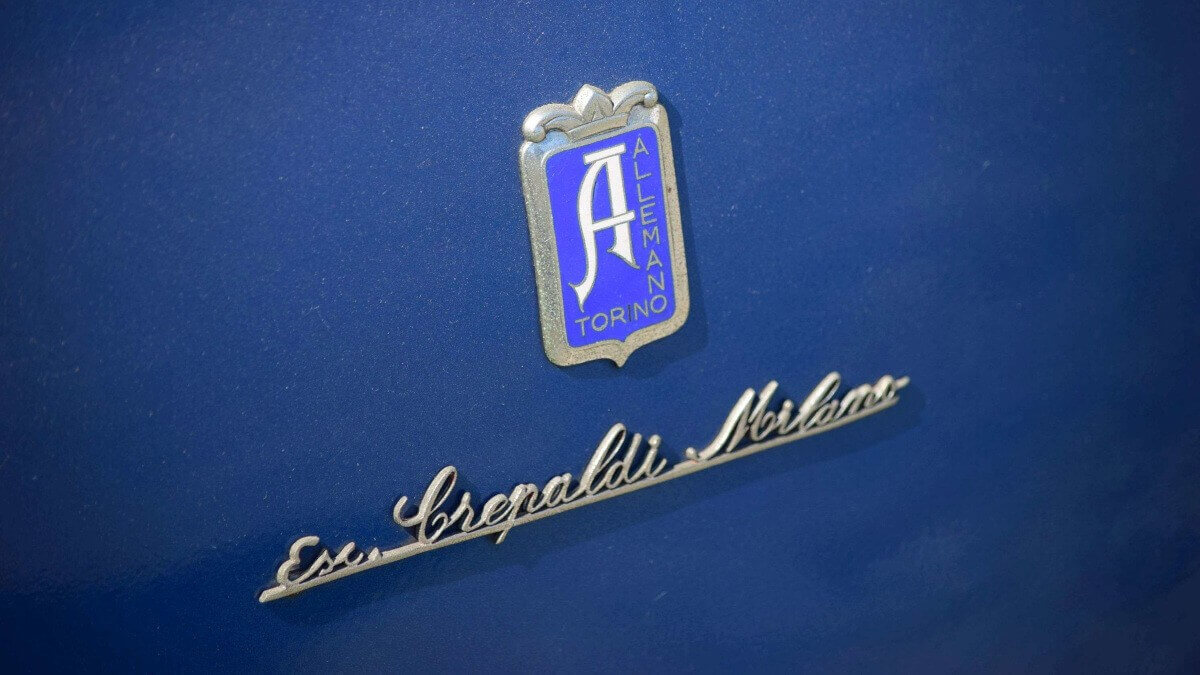 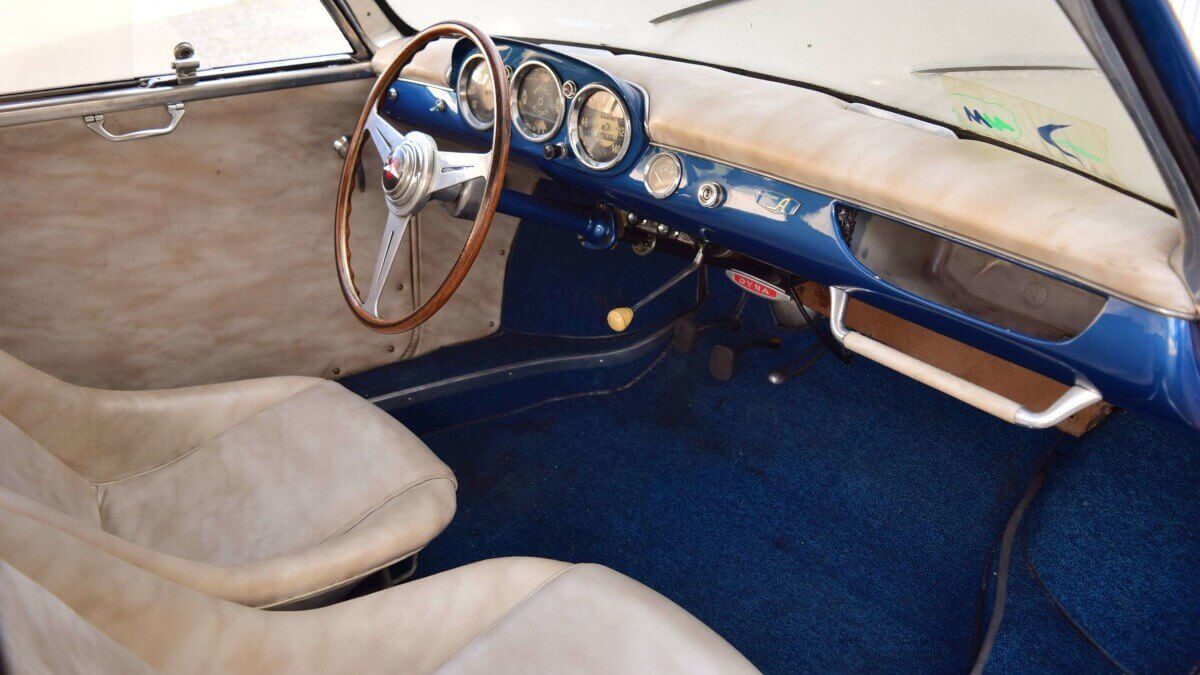 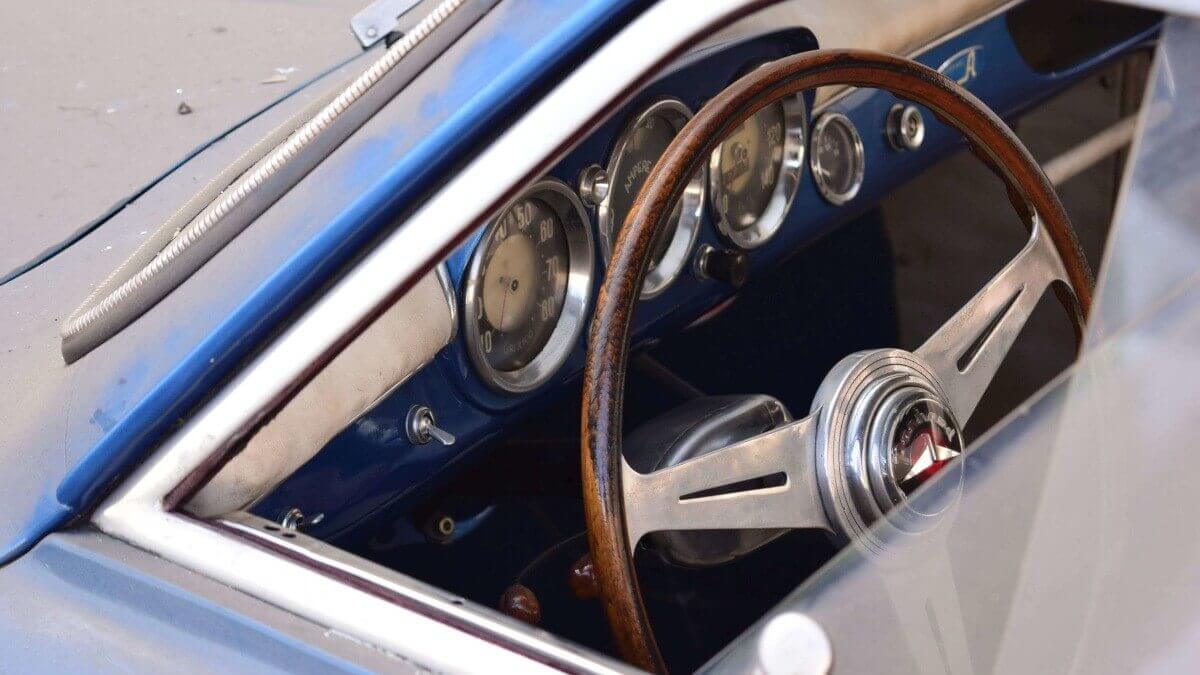 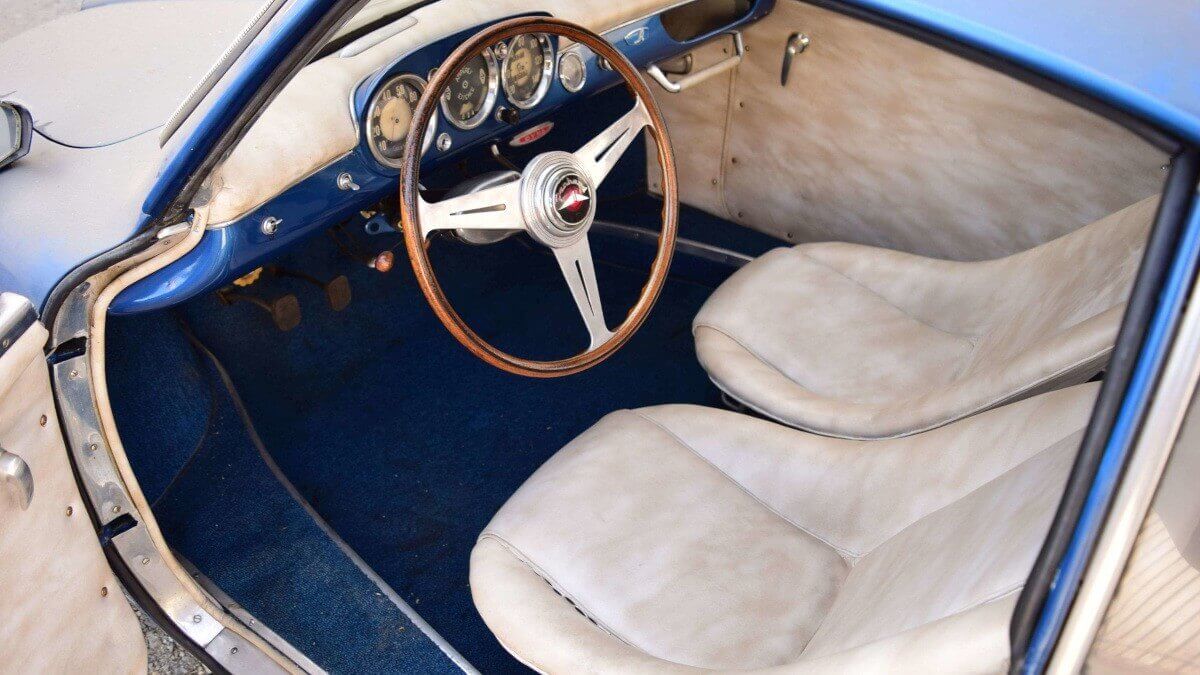 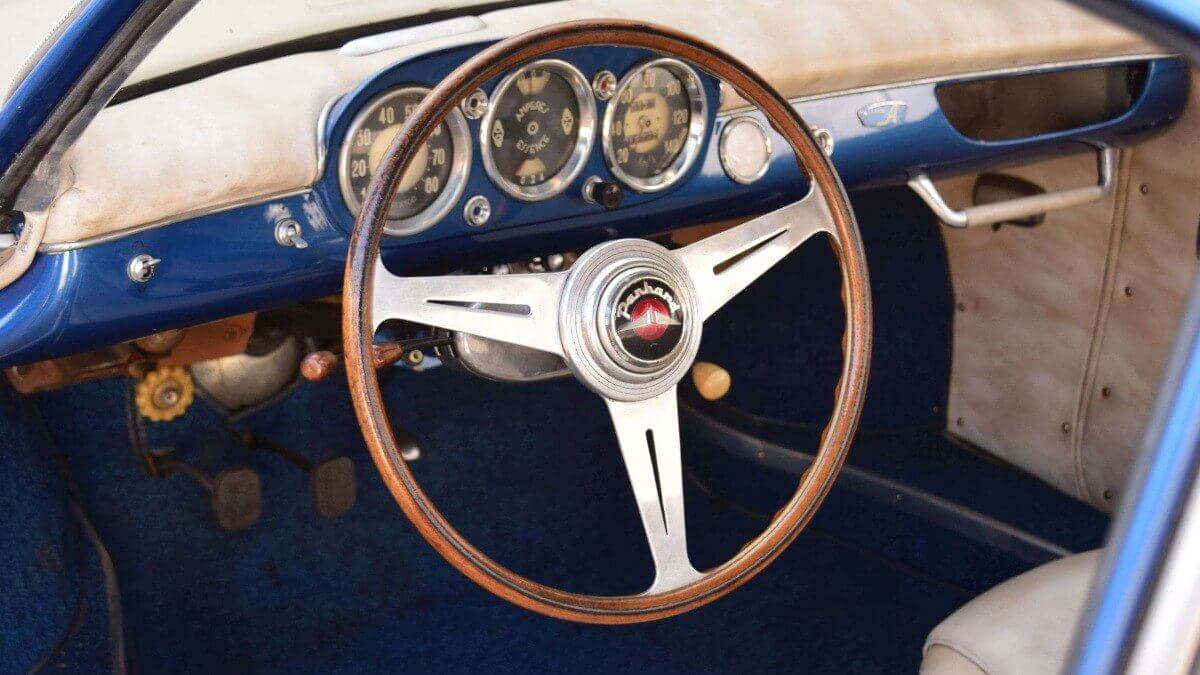 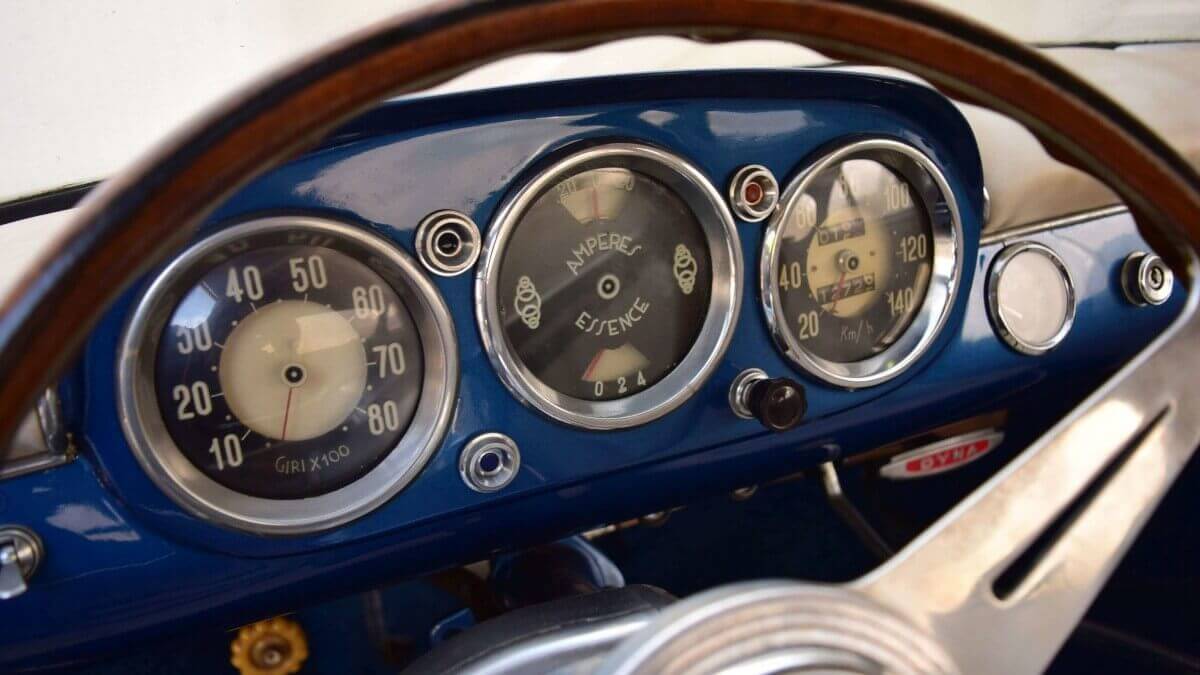 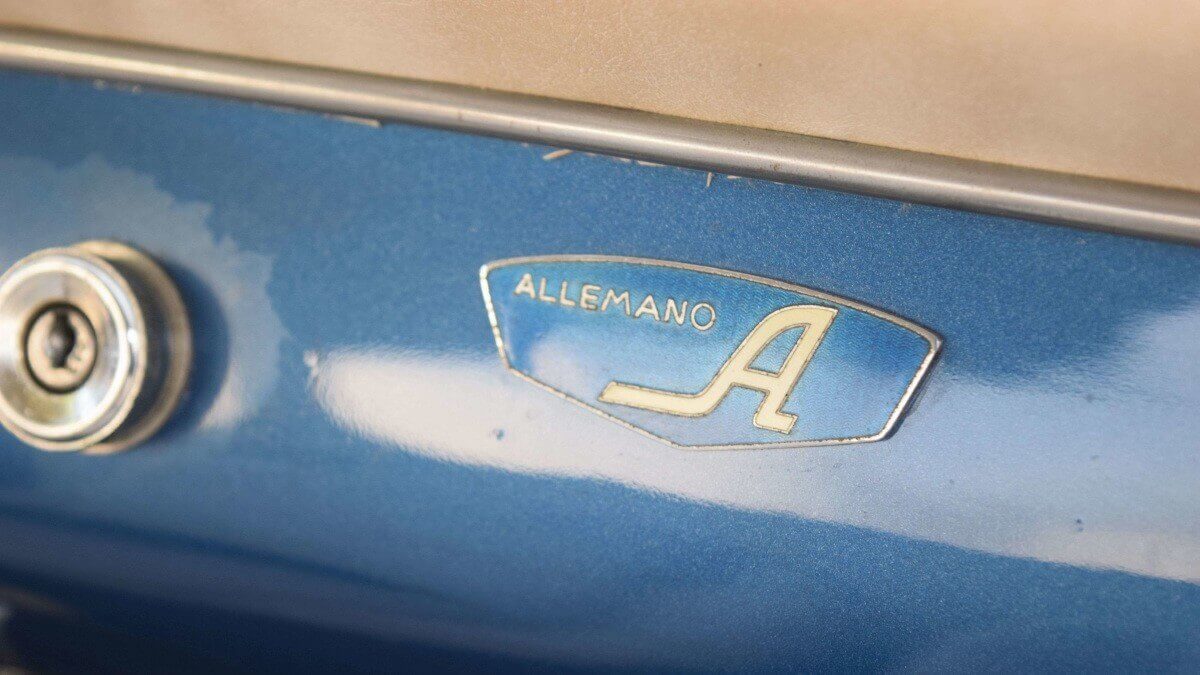 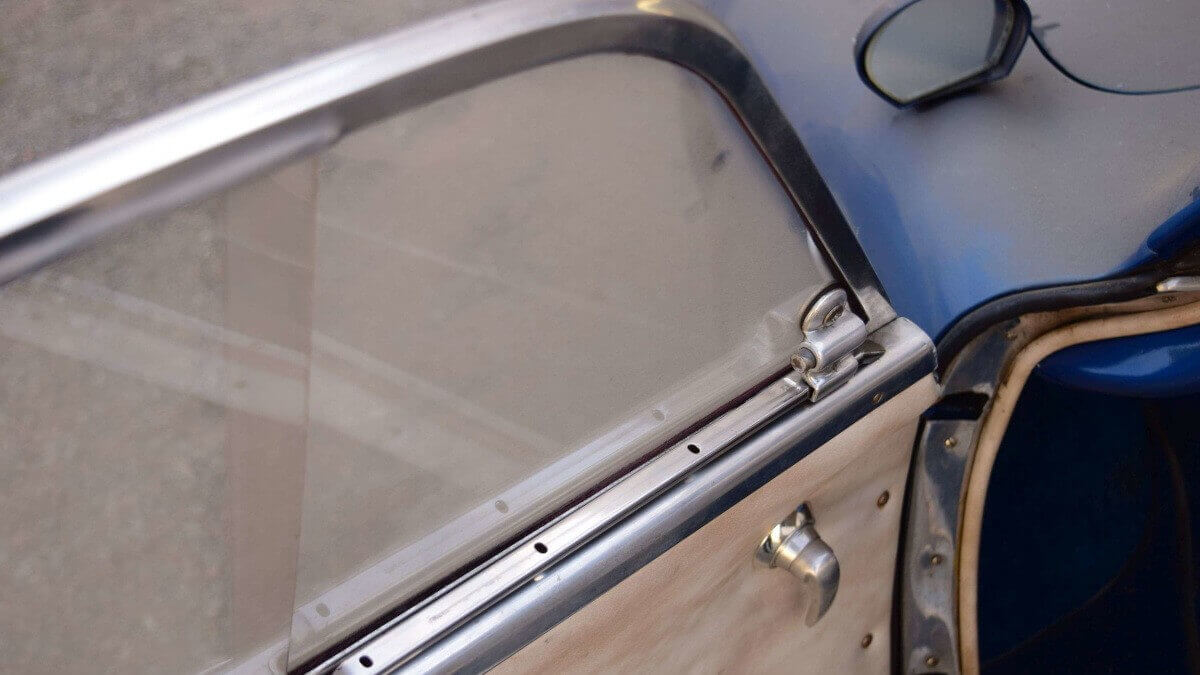 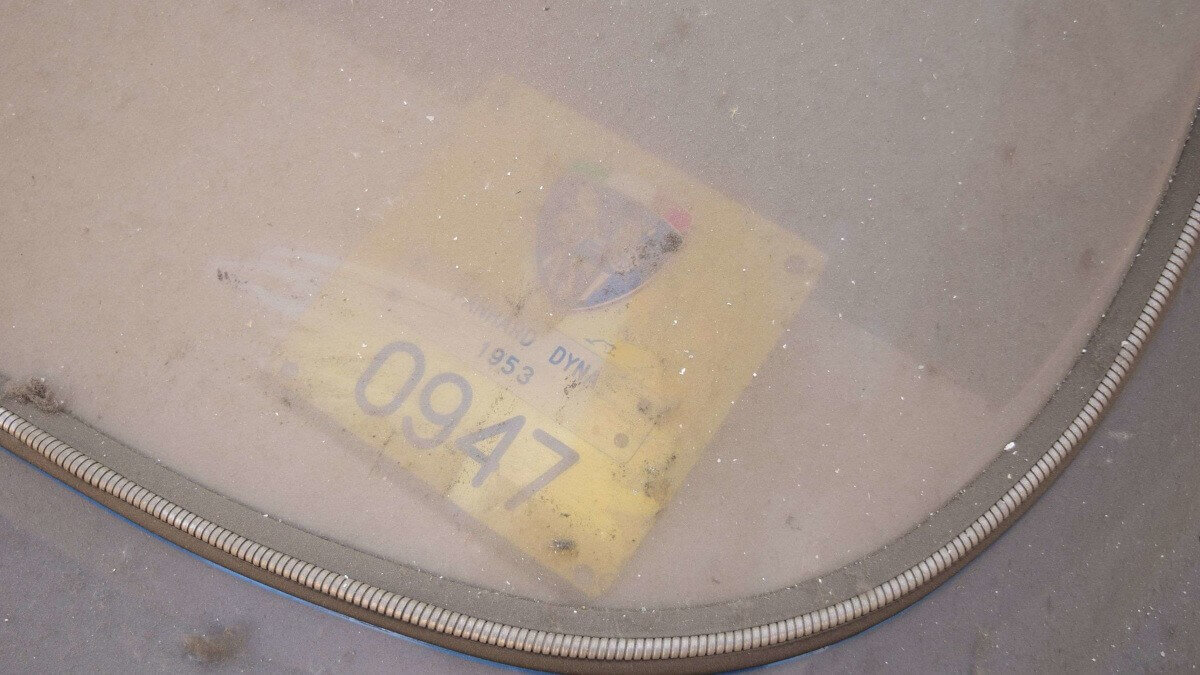 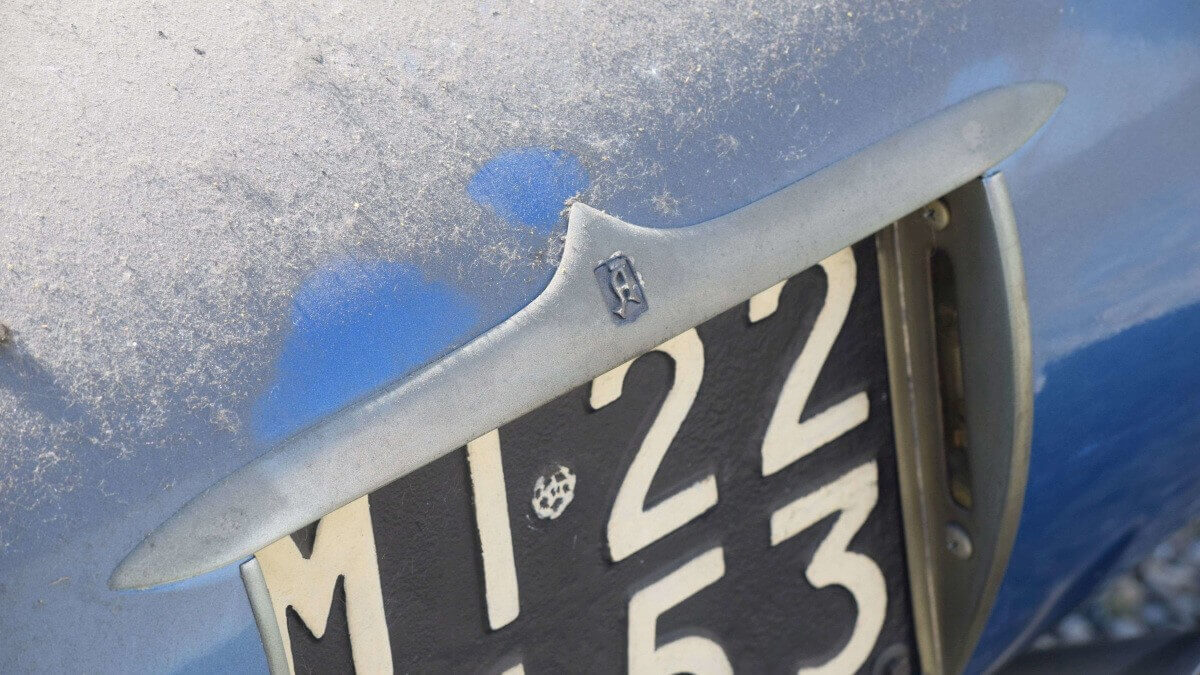 And finally, after the long history, we come to the actual protagonist of our article. This Panhard X86 was created in 1953 as a bare chassis for the Italian importer Gaston Crepaldi from Milan. He sold the French vehicles since 1951 and also let a total of 25 chassis (23 X86 and two X87) be dressed as Berlinettas or open Barchettas at coachbuilder Allemano between September 1951 and April 1953. Chassis number 481813 belongs to a delivery of ten chassis, which were transported from the factory to Italy in April 1953. The body was designed by Giovanni Michelotti, while it was built at Allemano from sheets of aluminium by hand, which lasted until the end of September of the same year. Already on October 1, the car was admitted to Carlo Bonini from Milan, who sold the car a year later to Gino Paladini. Two identically built cars participated in the Mille Miglia in 1954, with one reaching the sixth place in the class up to 750 cc.

Chassis number reappeared in 1979 at a scrap yard in Milan – in pitiable condition. A car collector discovered the car in time before it was scrapped and bought it after he recognized the rarity. However, he passed away the following year and the Panhard came into the hands of Oswaldo Avalle, who carried out an extensive restoration. During this time, the X86 got a bigger engine (type M5) with 851 instead of the original 750 cubic centimeters of displacement and a repainting to a beautiful blue metallic, which underlines the design much better. Following the successful restoration, Oswaldo Avalle participated in various classic car events including the Mille Miglia and the third gathering of Michelotti cars in 2001. In recent years, the vehicle was stored in a dry hall, but wasn’t moved. Now the Panhard X86 Berlinette Allemano will be auctioned on 17 June at Artcurial in Paris. The auction house expects a hammer price between 100,000 and 150,000 euros.