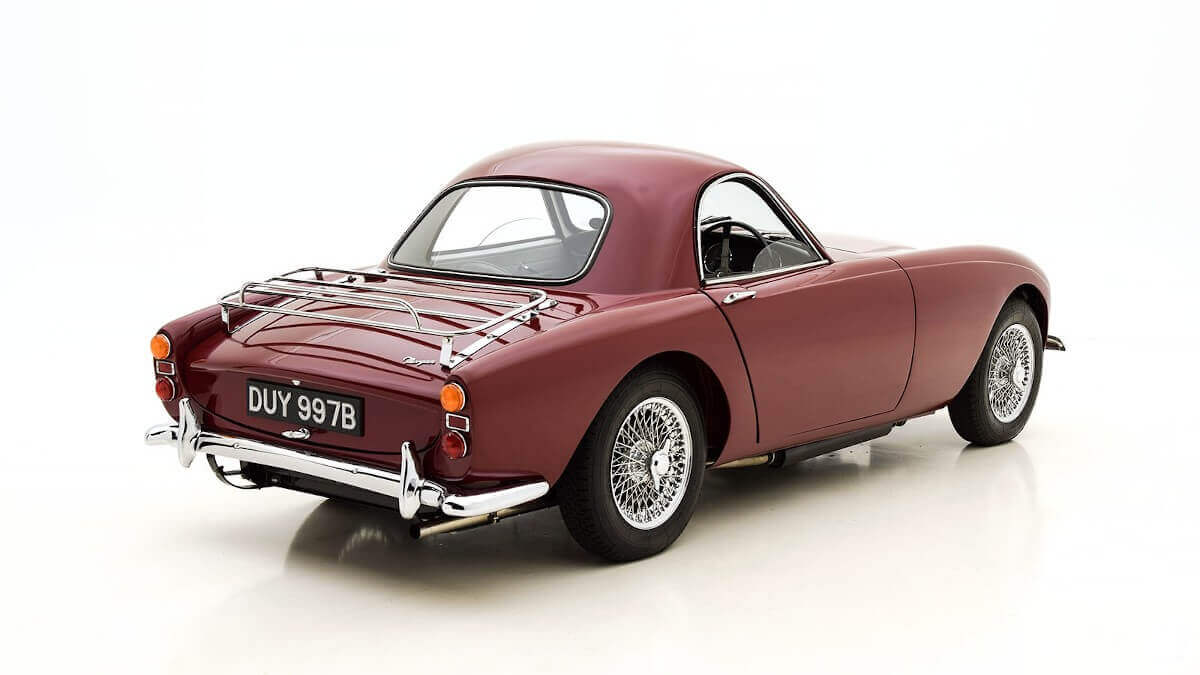 Great Britain continues to be a home for small car manufacturers that mainly focus on sports cars. Surprisingly, these are mostly also open-top cars, which doesn’t really match the typical British summer weather. Some of these brands only survive for a short time, others for decades and one for 110 years now: Morgan. What once began with rudimentary tricycles finally went into the field of real cars in 1936 with the 4/4 (four wheels, four cylinders). Nevertheless, Morgan never became really modern. To this day, models are made with ash wood frames and a design based on pre-war cars, whereby from 1950 the radiator grille was changed from its previous vertical orientation to the rounded flat version still used today. At the 1963 Earl’s Court Motor Show, a modernised version of the Plus 4 with four-cylinder engine, presented in 1950, was shown. Also exhibited was the Plus 4 Plus as a new version with two-seater Coupé bodywork. The in.house design team under the direction of CEO Peter Morgan, son of company founder Harry Frederick Stanley Morgan, desidned a narrow-cut fibreglass body with a round roof dome above the two passengers and structural components made of steel tubes and plywood. These bodies were produced by E.B. Plastics Ltd. Although Morgan otherwise attached great importance to weight reduction, the Plus 4 Plus (+4+) used glass for all windows.

The 2.1-liter four-cylinder engine from the Triumph TR4A was chosen for the Plus 4 Plus. This produced 82 kW/111 hp and about 180 newtonmeters of torque. In conjunction with the partially synchronised manual four-speed transmission, the kerb weight of 816 kilograms and a significantly improved wind resistance compared to the Plus 4 Roadster, the topspeed was increased to 185 kph (115 mph). Hard coil springs on the front axle and a solid rear axle with leaf springs ensured sporty handling without lateral tilt in corners. Disc brakes on the front axle already provided good deceleration values, while drum brakes were still used at the rear. The entire system came without servo assistance. 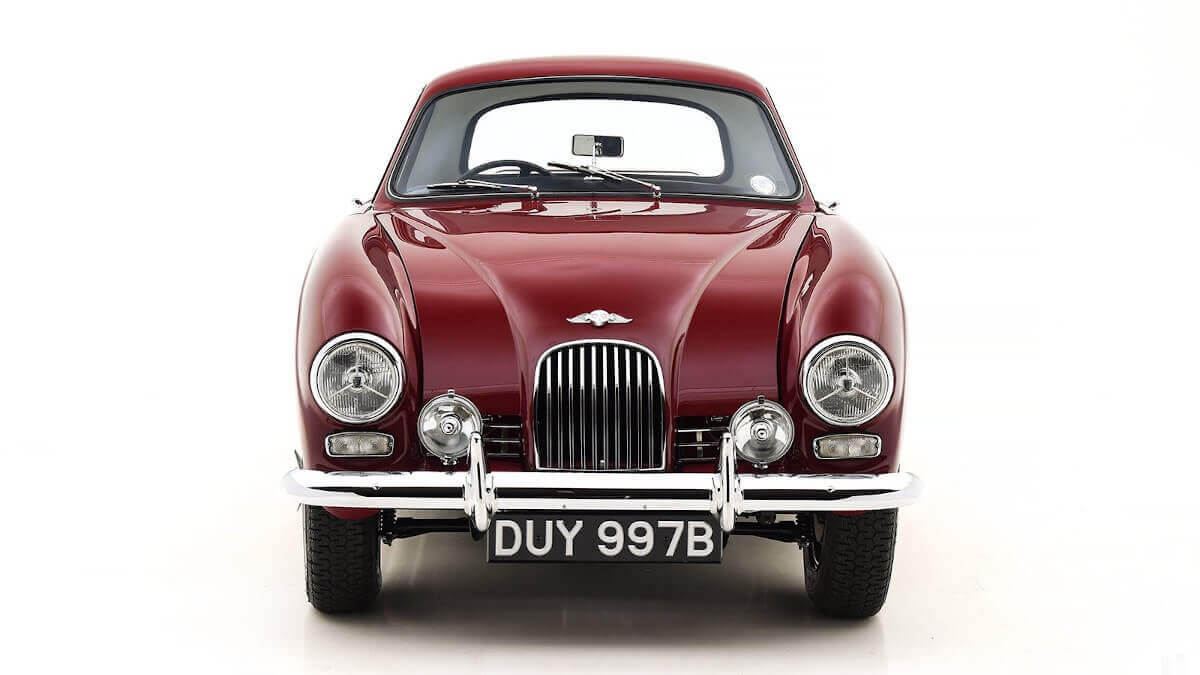 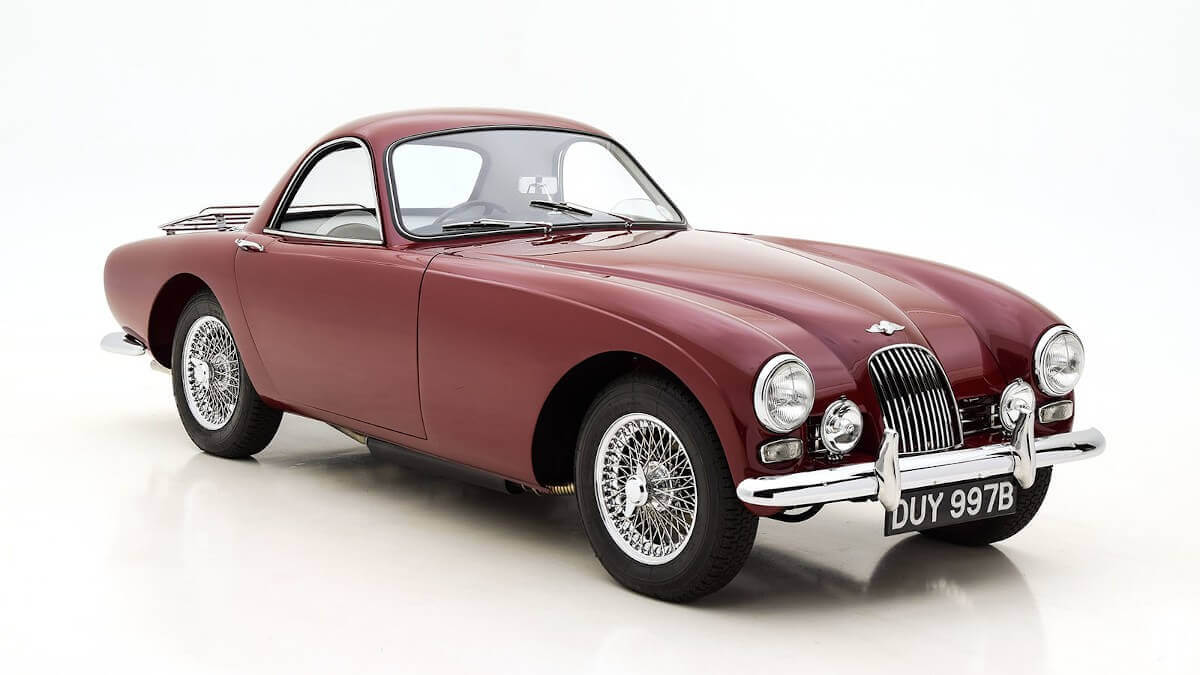 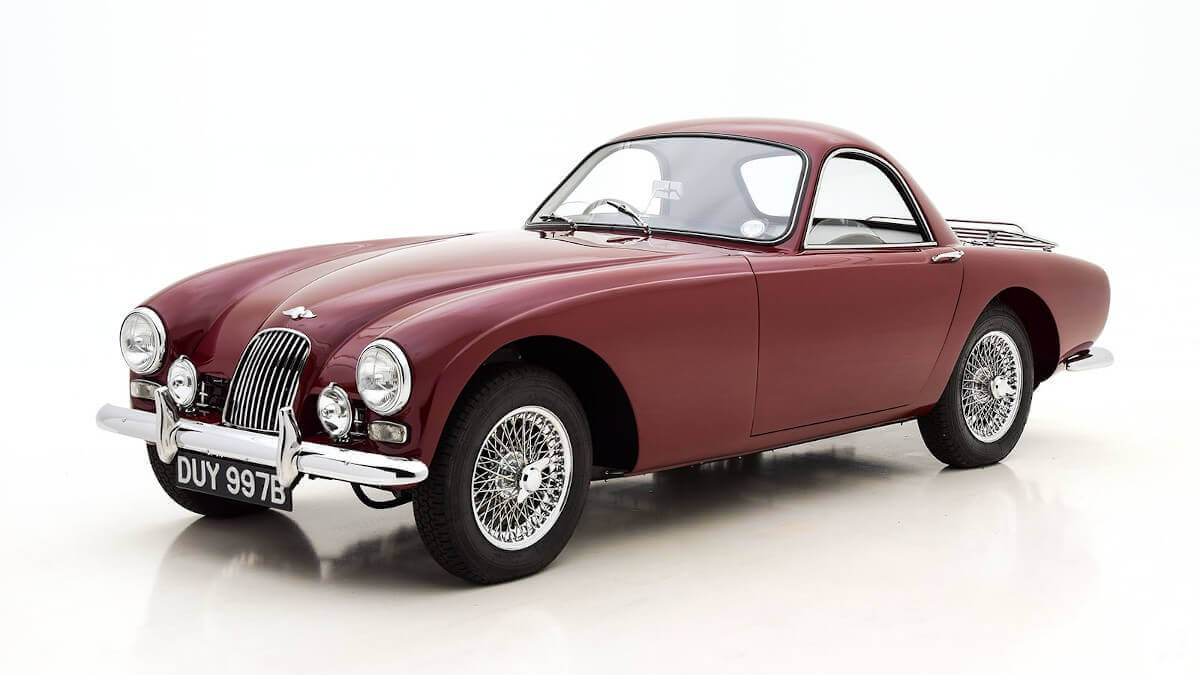 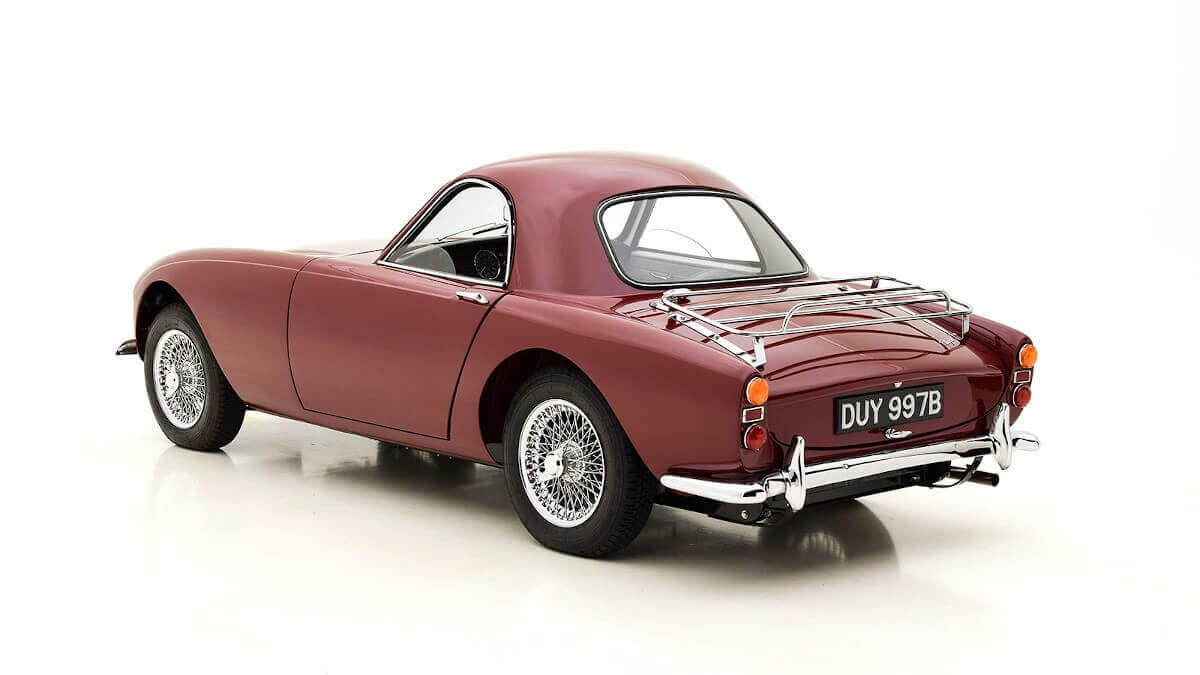 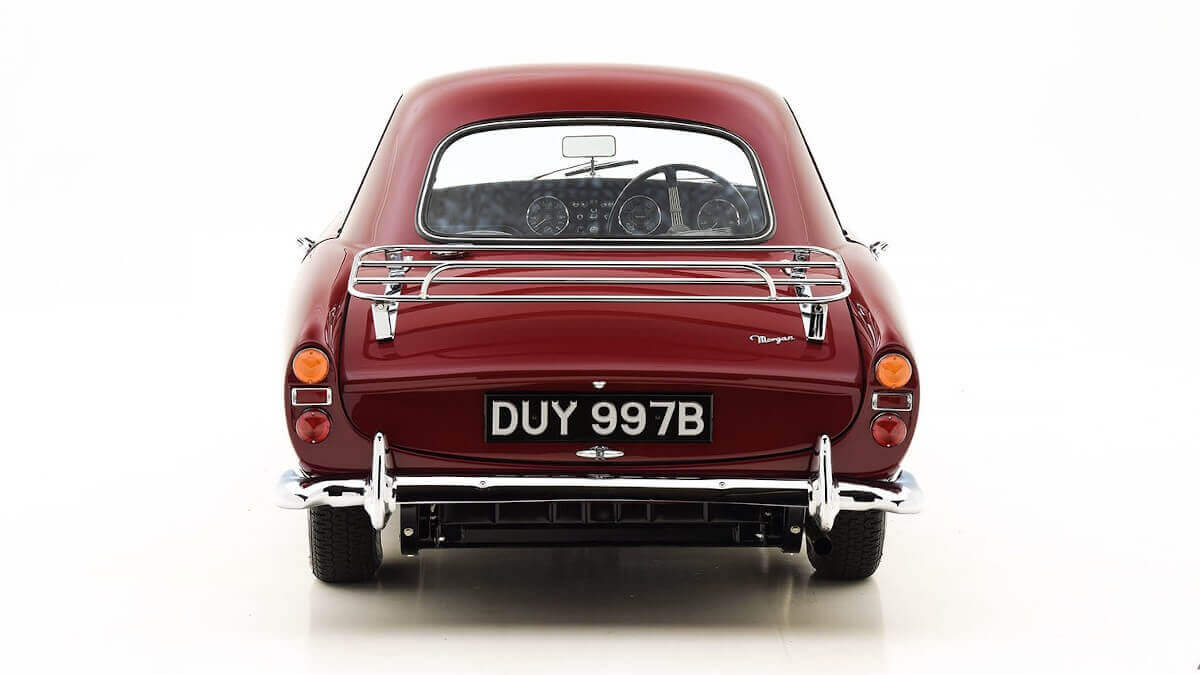 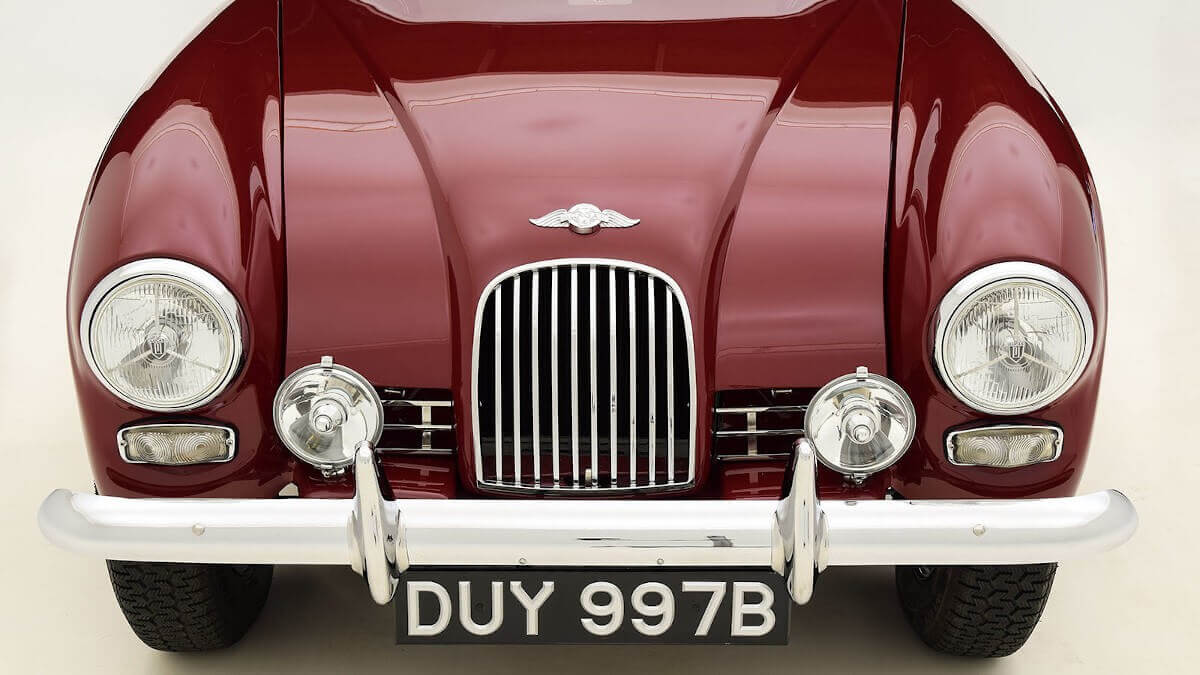 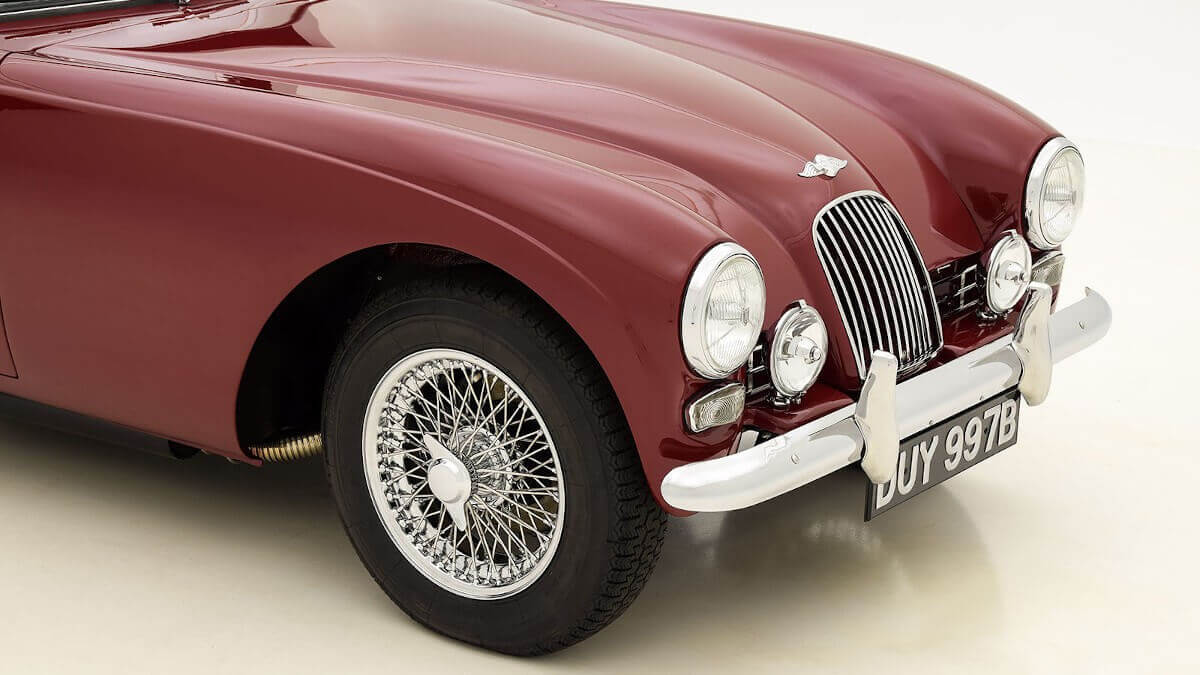 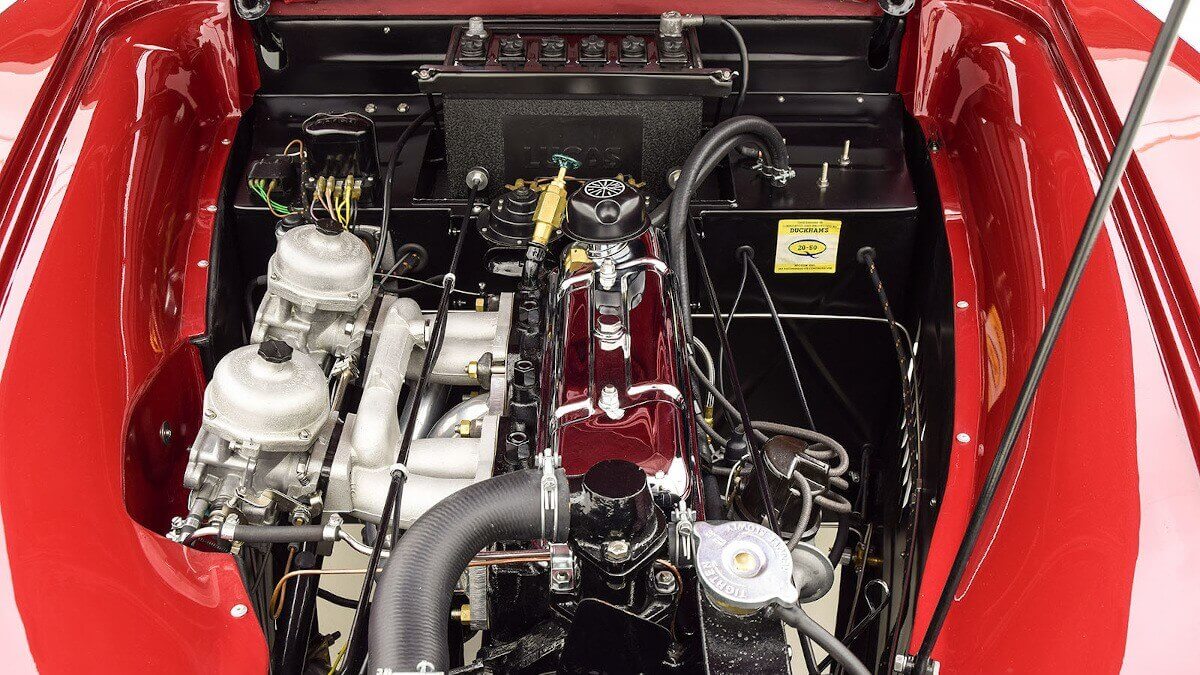 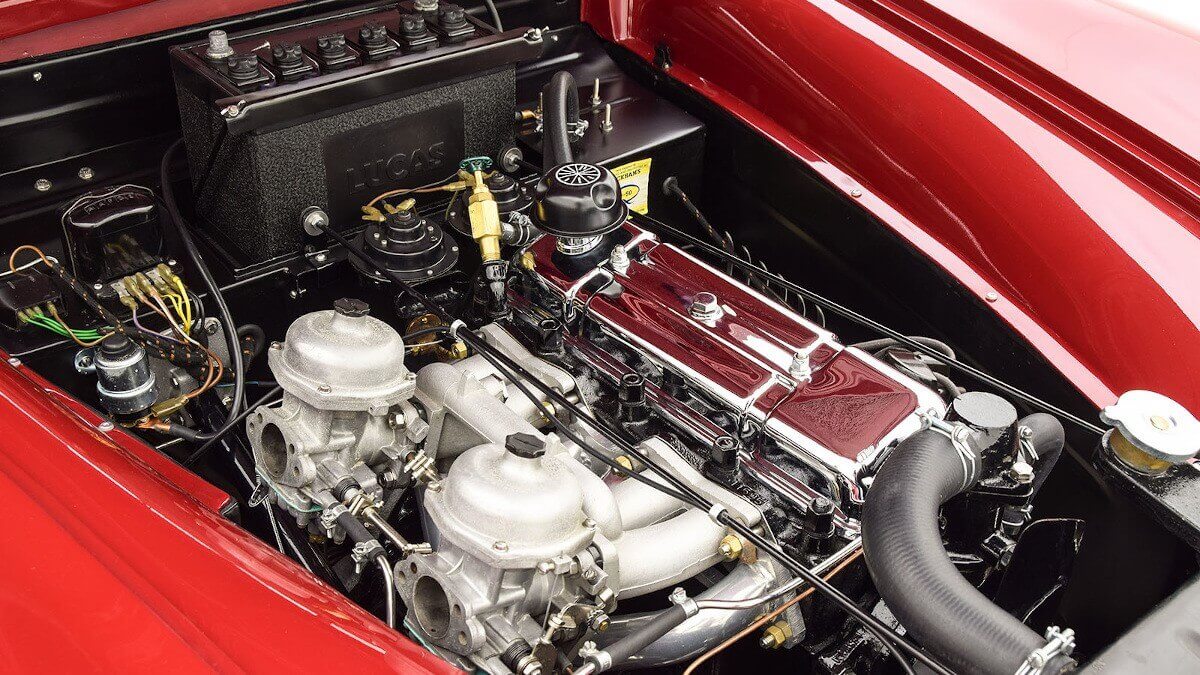 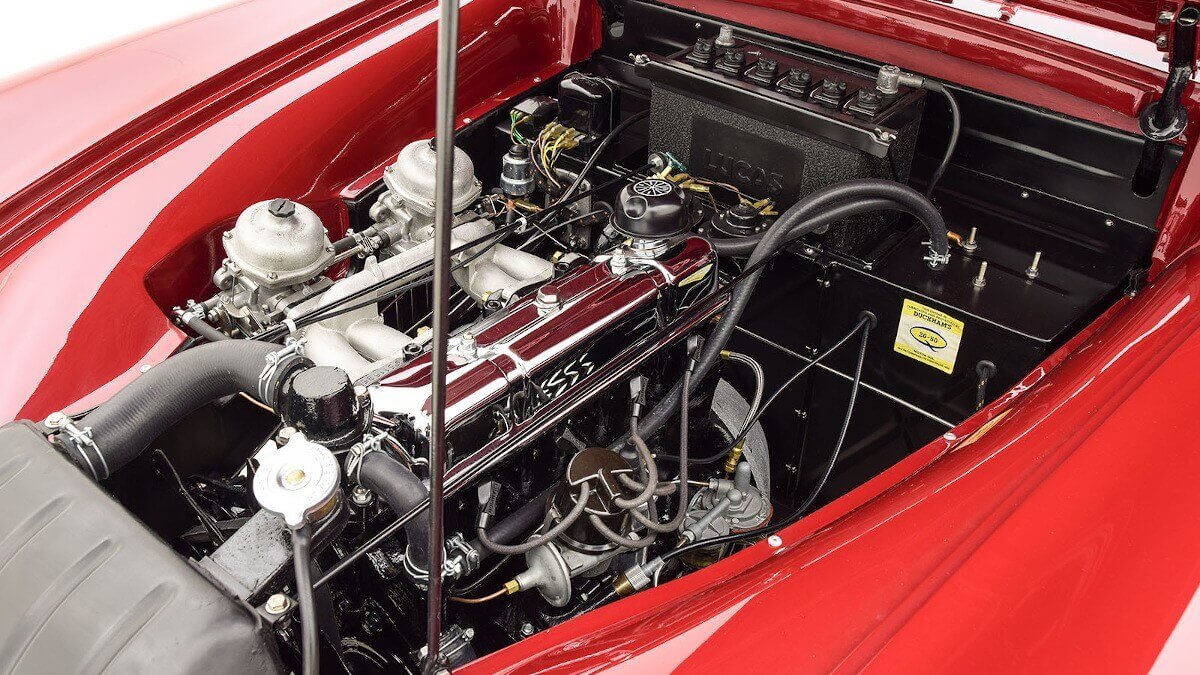 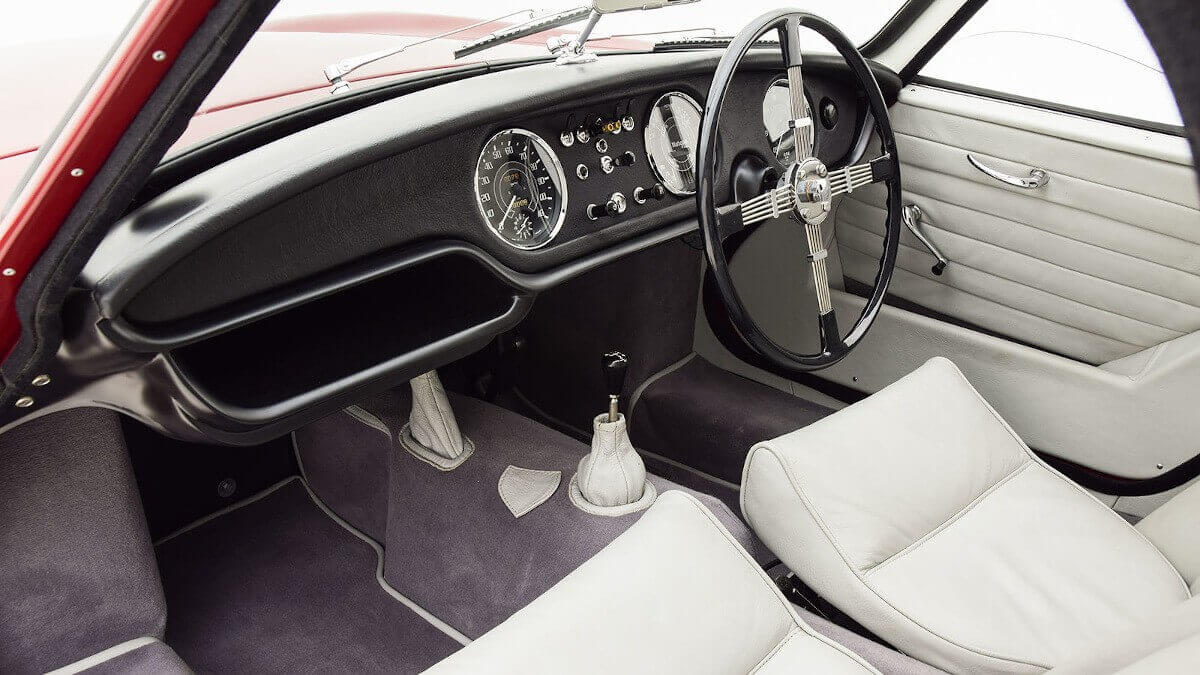 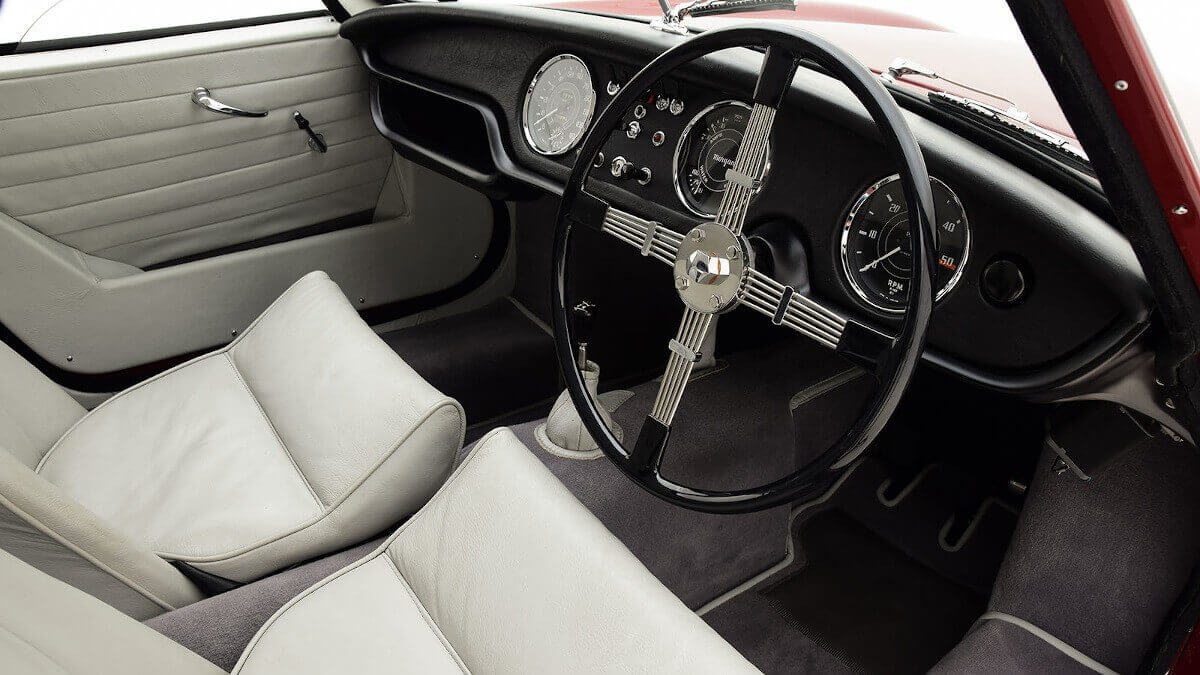 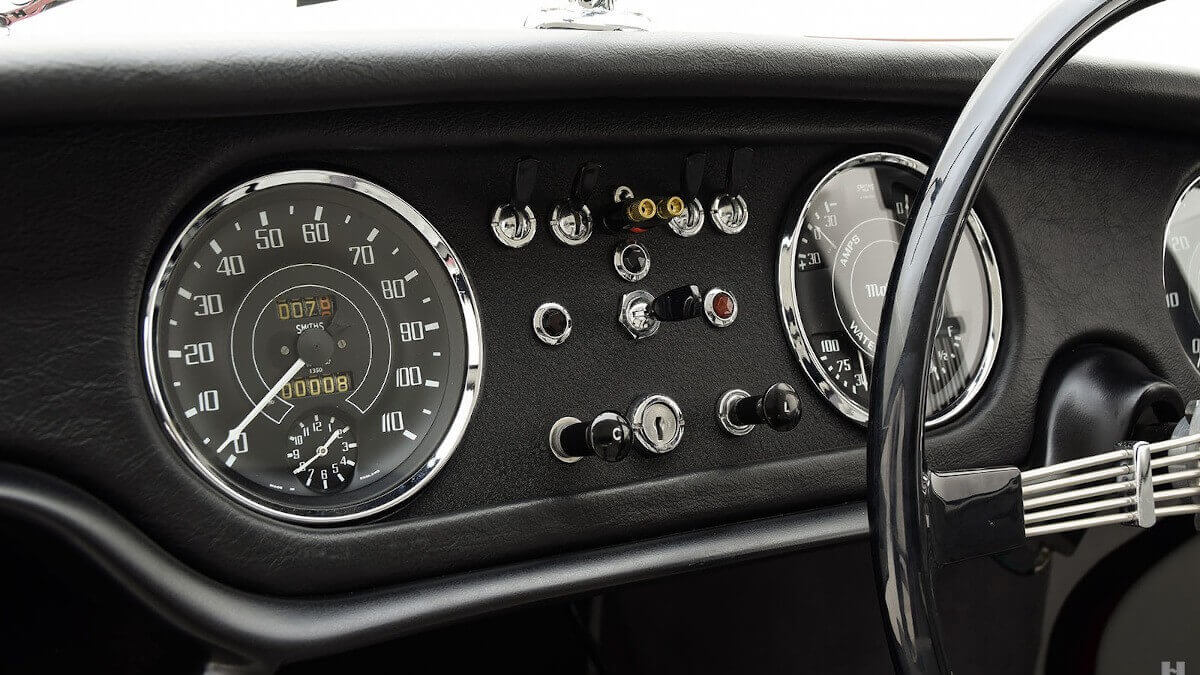 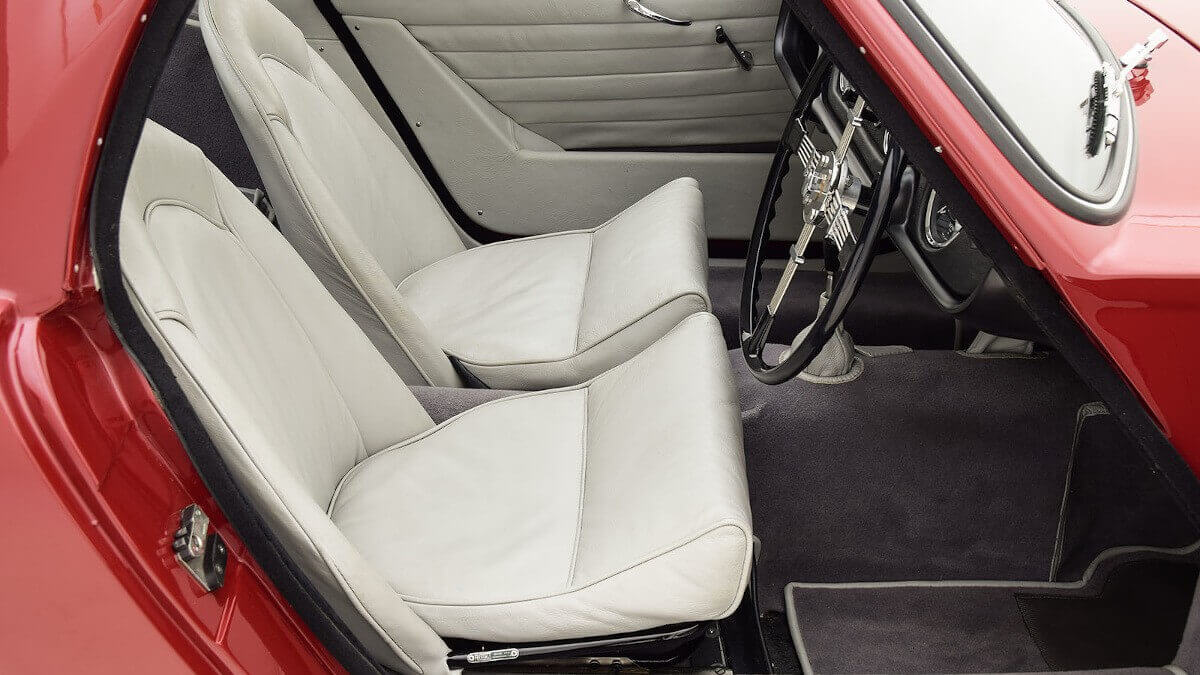 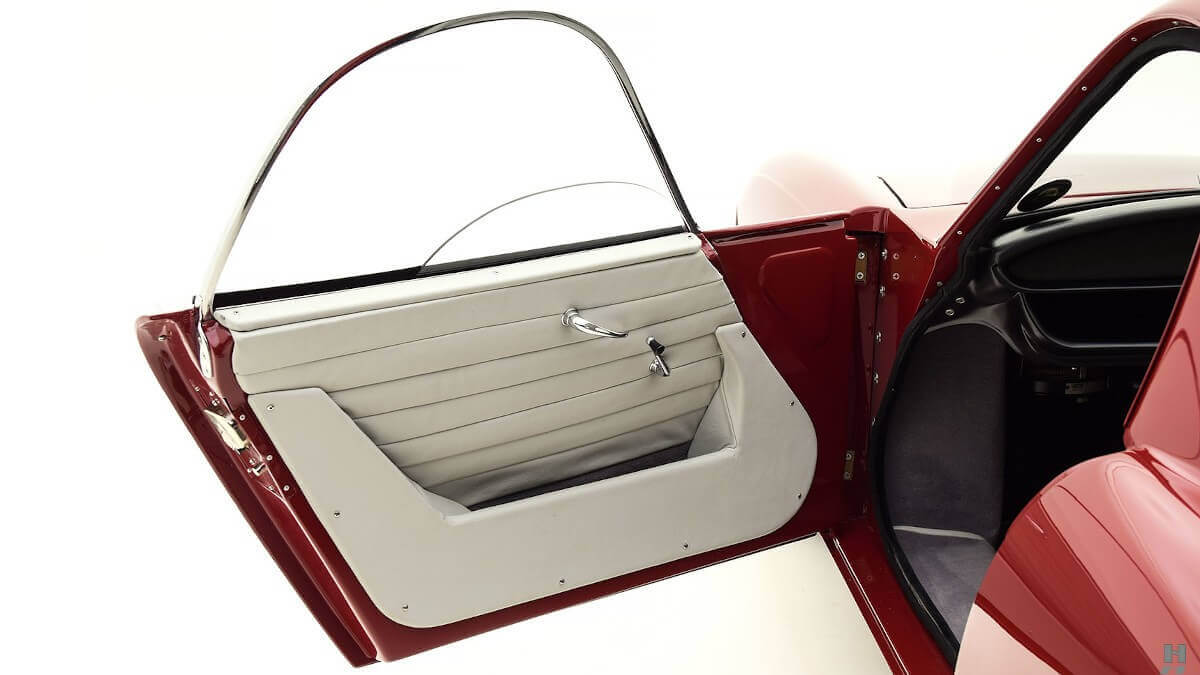 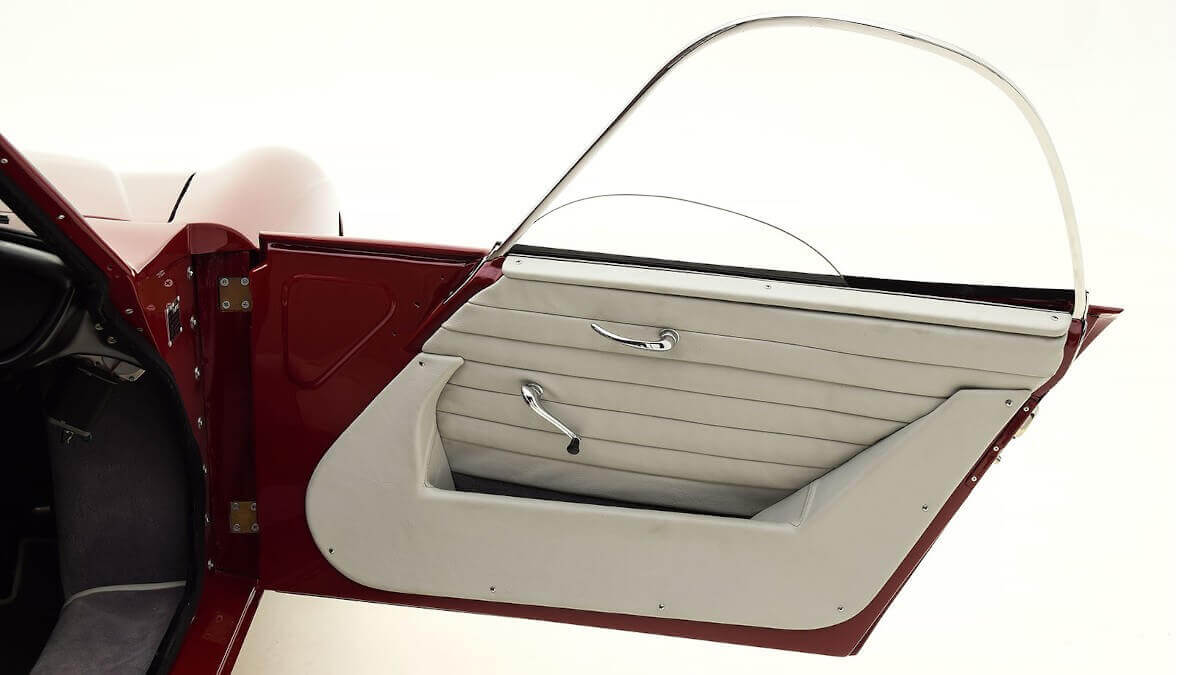 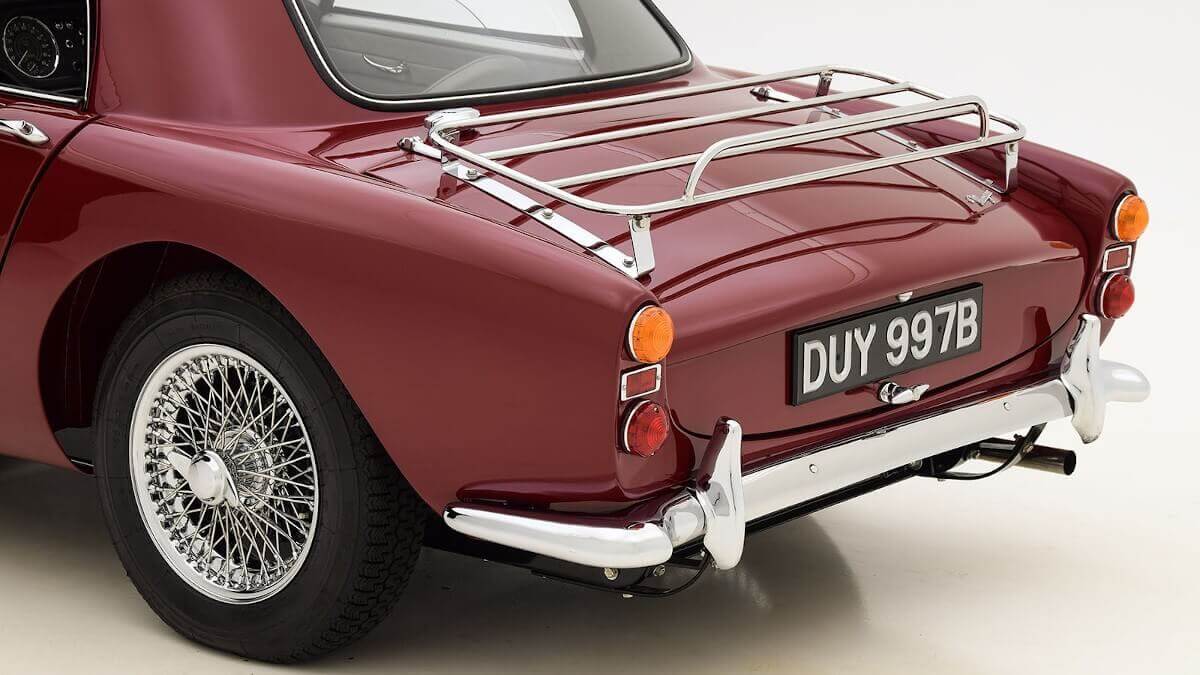 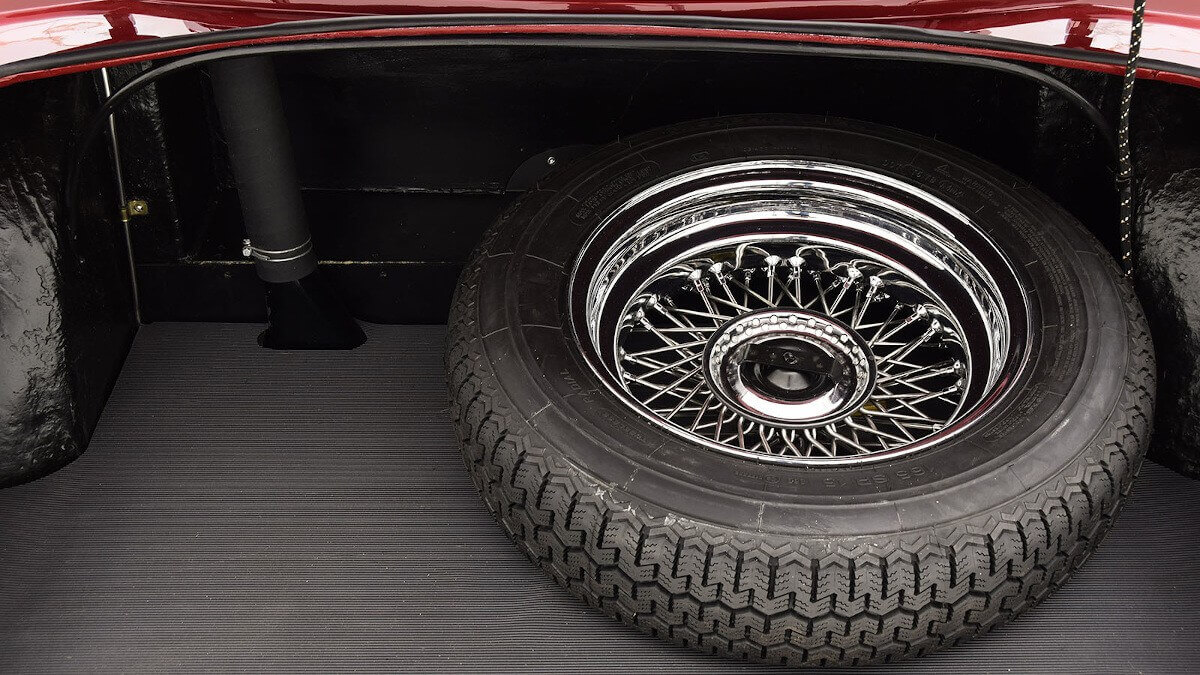 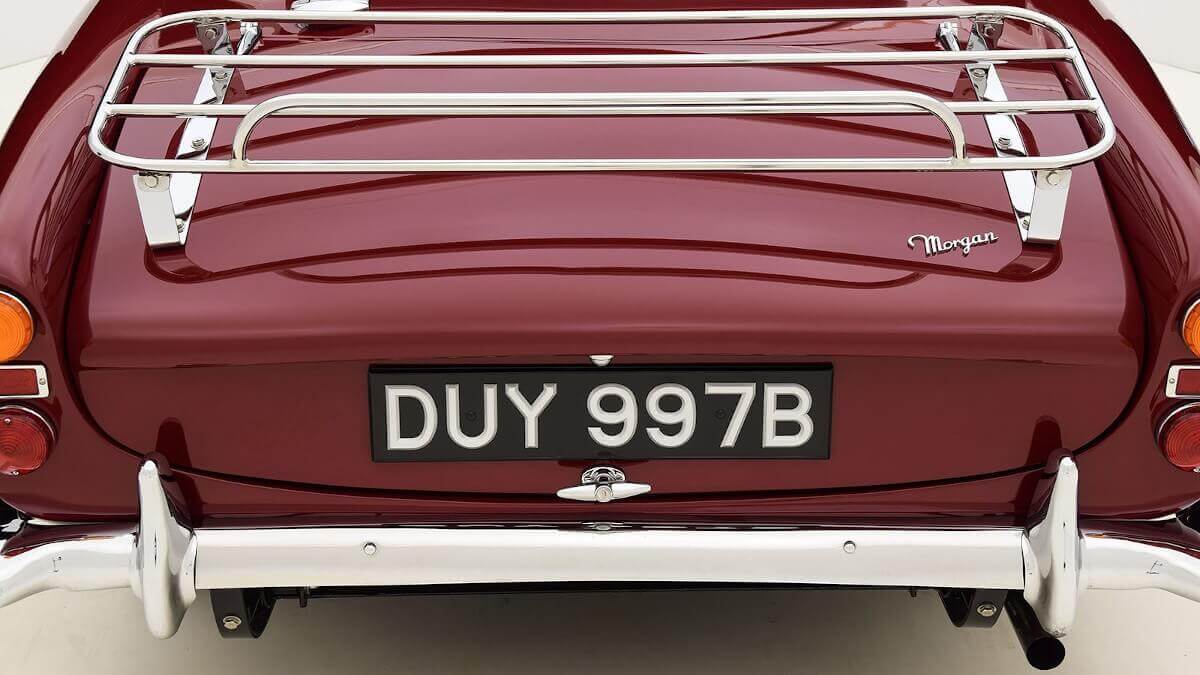 Despite or even because of its modernized appearance, the interest of typical Morgan customers in the Plus 4 Plus remained within narrow limits. At the same time, the rather outdated chassis components ensured that not too many new customers were interested as well. Over four years of production, only 26 units were produced. Today, the rare Coupé is one of the brand’s absolute collectors’ items. Only rarely do the remaining vehicles change owners. Hyman Ltd. from the USA recently sold the car shown in our picture gallery, which has a special history. It is in fact exactly the Plus 4 Plus that was shown at the 1963 Earl’s Court Motor Show and subsequently served Peter Morgan as a company car.

Until today the car shows its original British license plates ‘DUY 997B’. Some years ago Safety Fast Restoration from Mansfield/Ohio carried out an extensive restoration, in the course of which the car was repainted in its original ‘maroon’. On the boot lid sits a chromed luggage carrier once offered by the factory as an option. At the front are Lucas auxiliary fog lamps on the chrome bumper. The wire wheels are also chrome-plated and covered in period correct Michelin XAS radial tires. Inside the car shows light grey leather and the typical moulded dashboard of the Plus 4 Plus. The driver controls the direction of traval using a Brooklands banjo-type steering wheel.