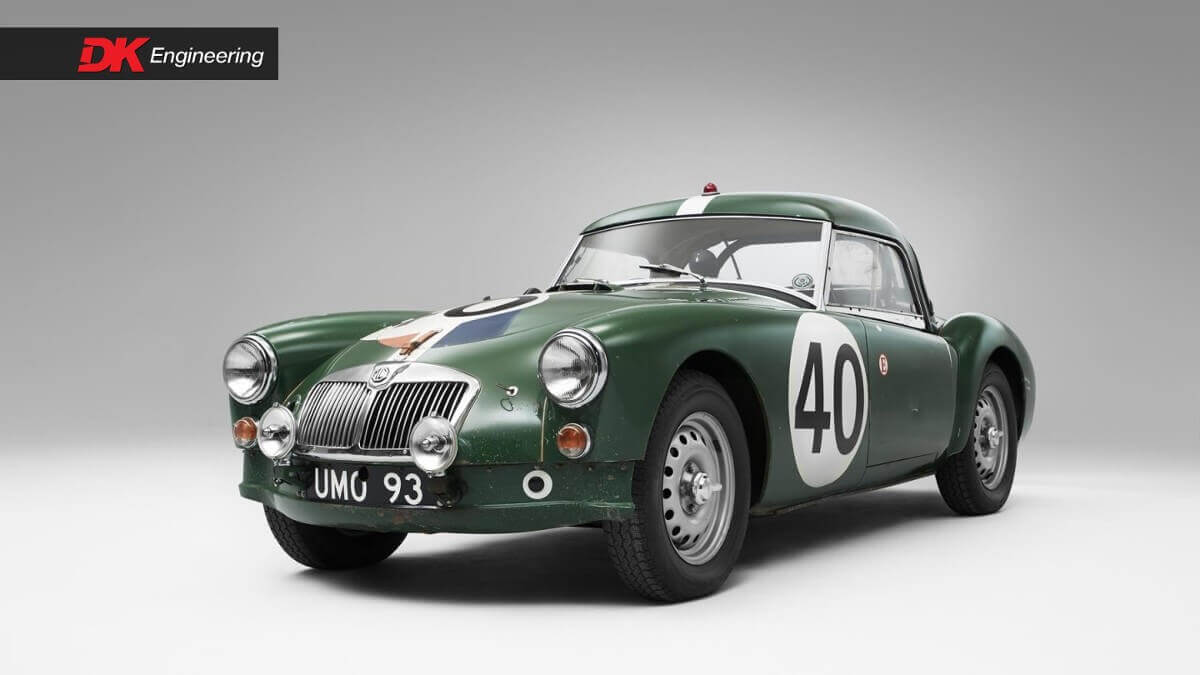 In September 1955 MG (Morris Garage) showed their first new model after World War 2 at the IAA in Frankfurt/Germany, named the MGA. It was a big style break from the known models as it got a modern pontoon bodywork. Next to the Roadster it was also offered as a Coupé with fixed roof. Within the production time MG offered three different engines and a few different power levels. Of all the 101,081 MGAs built only 5,869 stayed in Great Britain. With an export quota of 94.2 percent the car still holds a record until today.

MG took most of the optical appearances of the MGA from a special coachbuilt MG TD built for privateer George Philips and his entry at the 24 Hours of Le Mans in 1951. Later this car was developed into the prototype EX 175 with a lower chassis and lower positioned seats. In the debut year of the MGA three prototypes named EX 182 raced in Le Mans, showing nearly production ready bodies. One of those three cars suffered a bad accident, followed by another one during the Tourist Trophy later that year, so MGs parent company BMC decided to close the works racing programme. But the workers of this department still did their job and developed special parts for privateers all over the world. 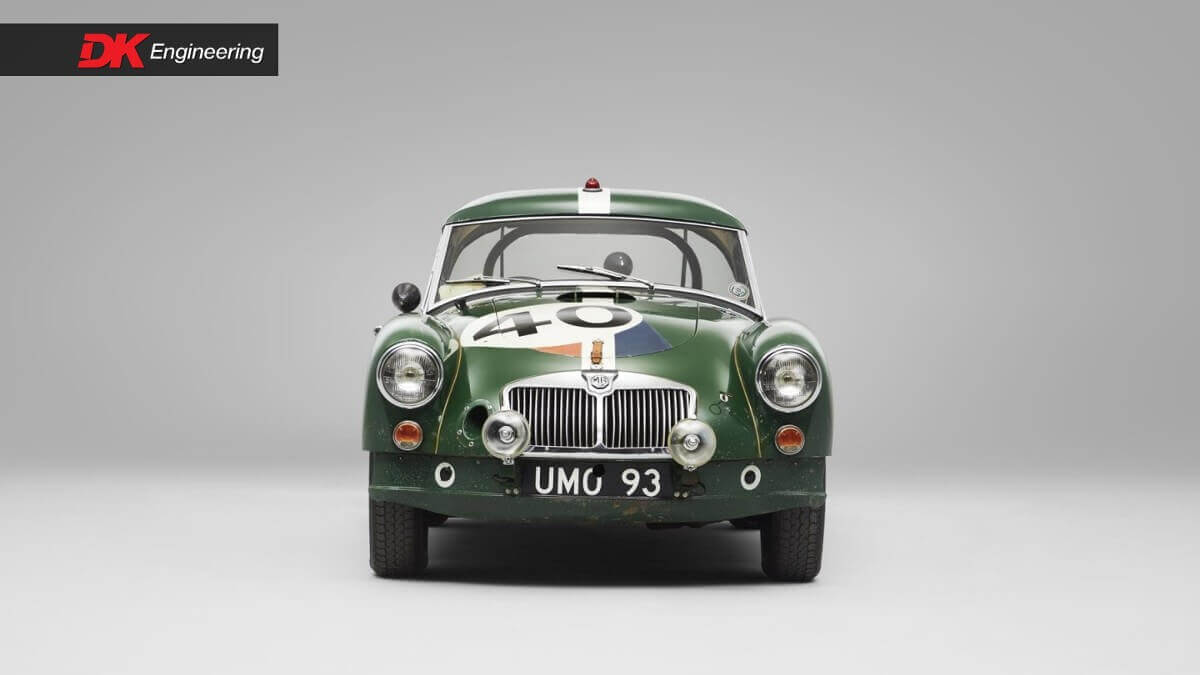 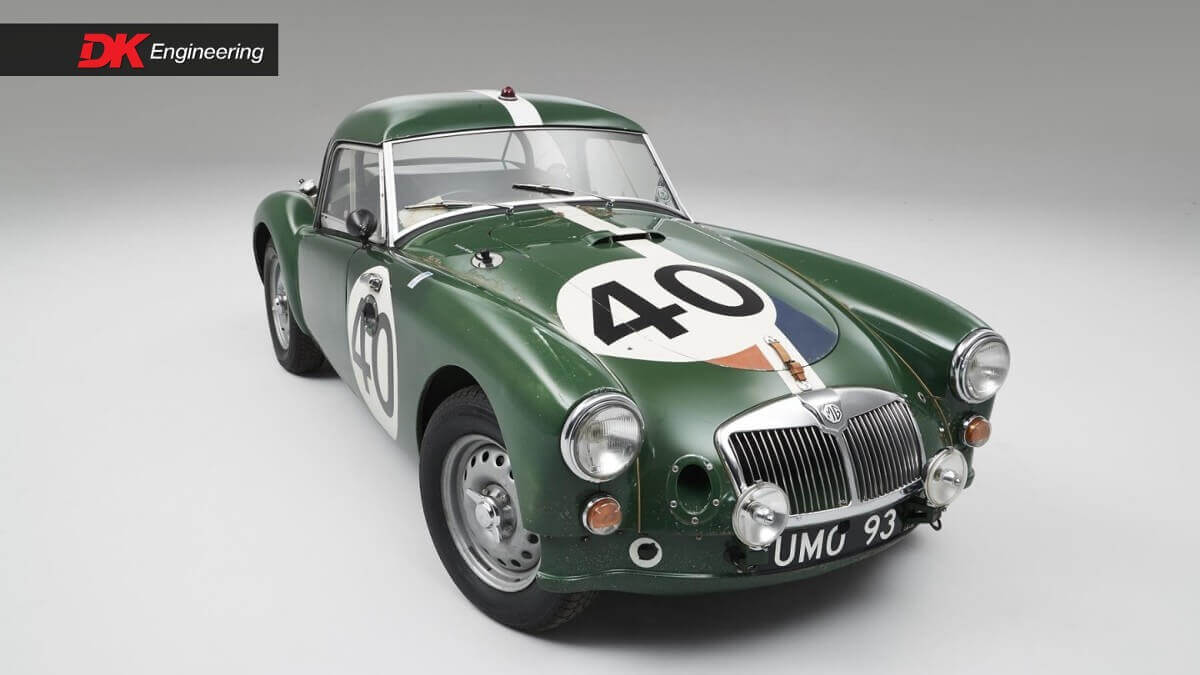 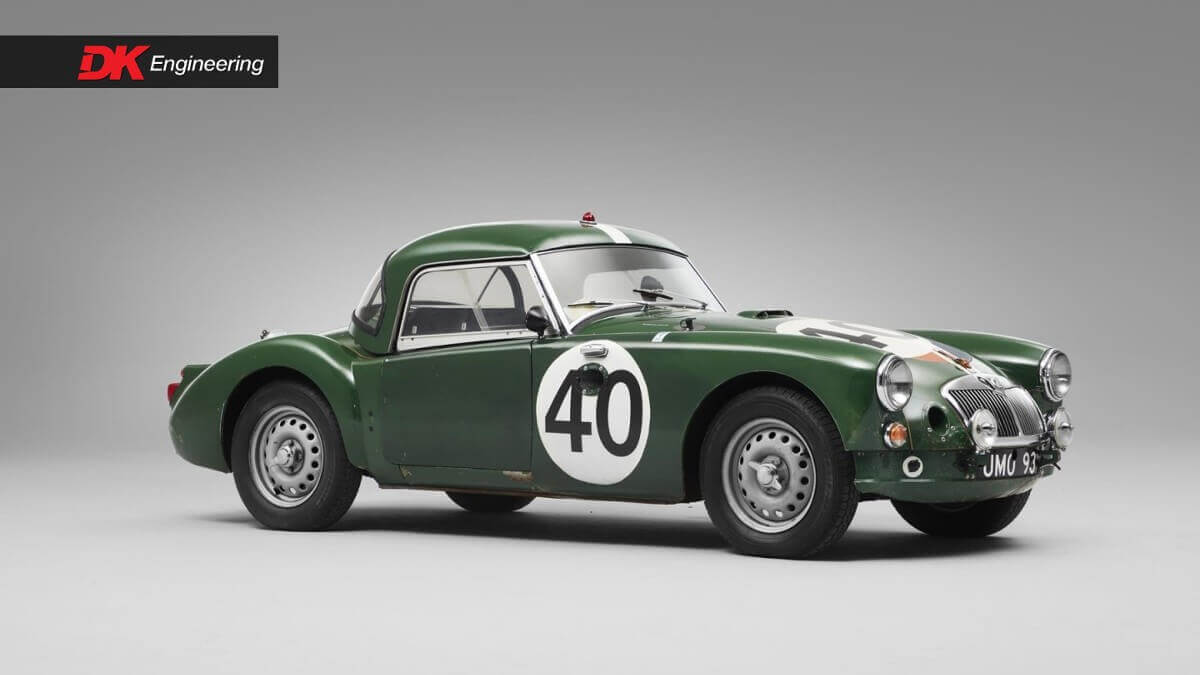 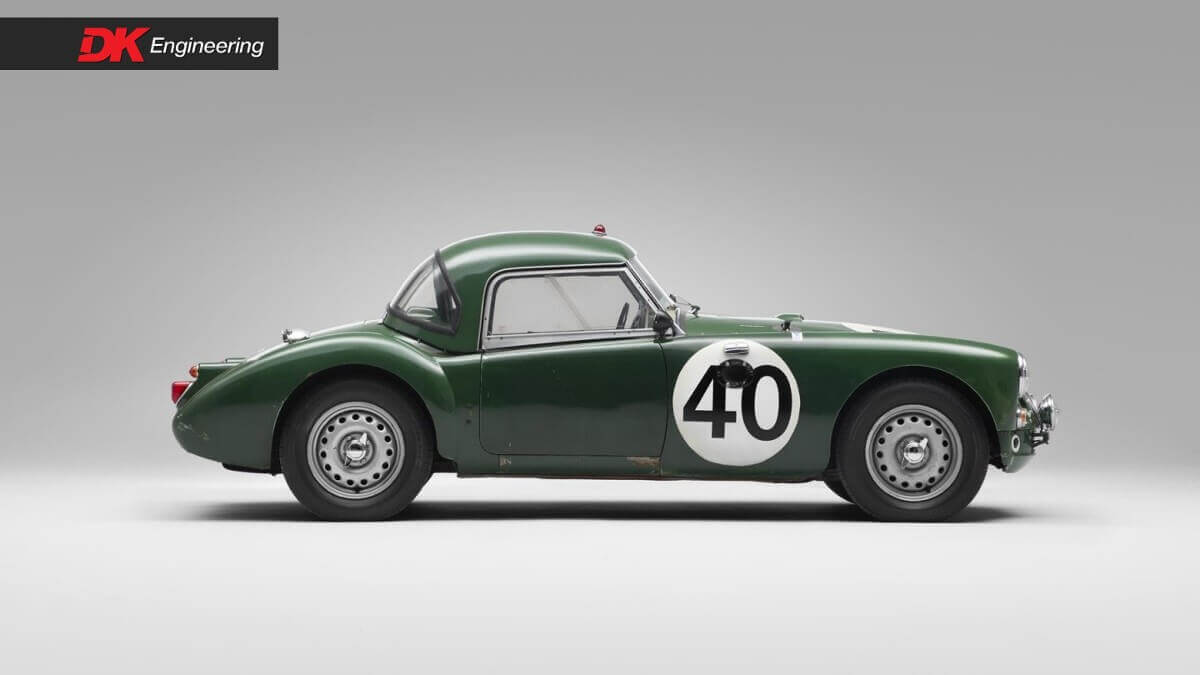 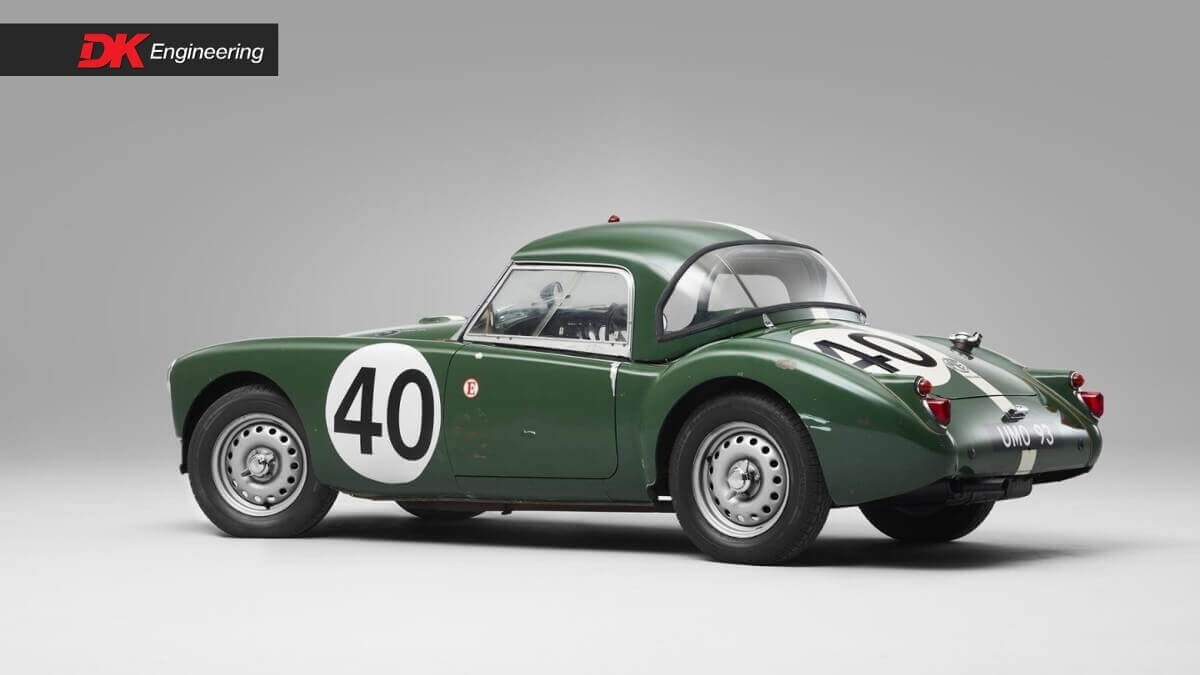 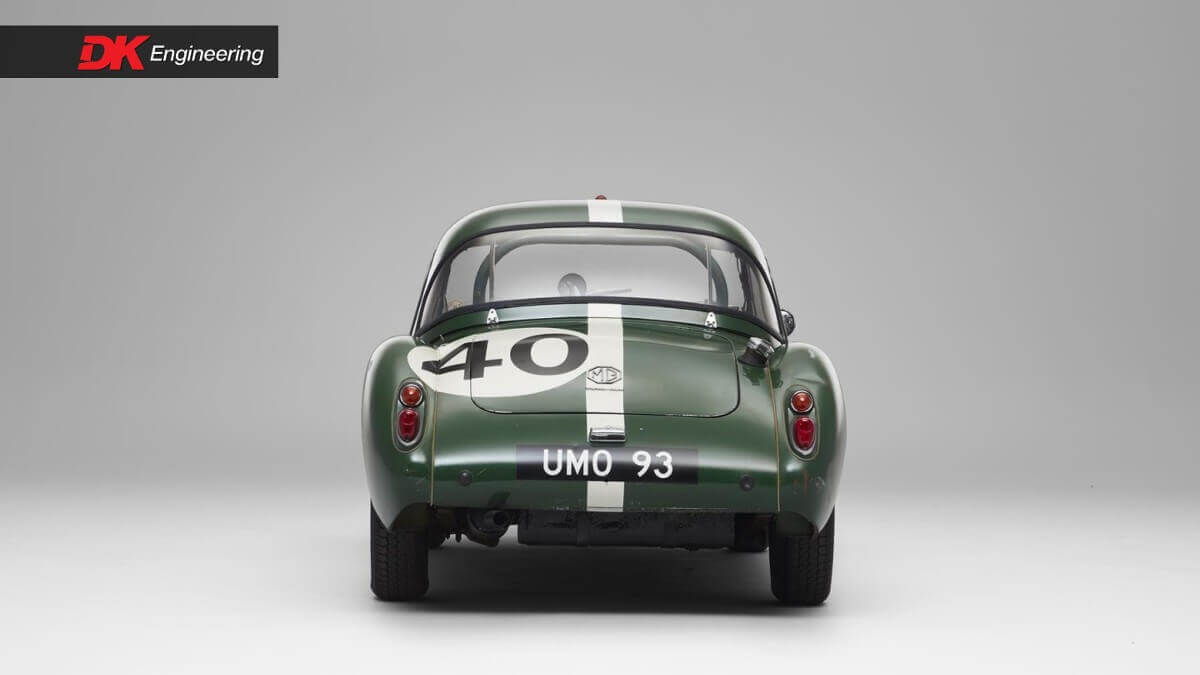 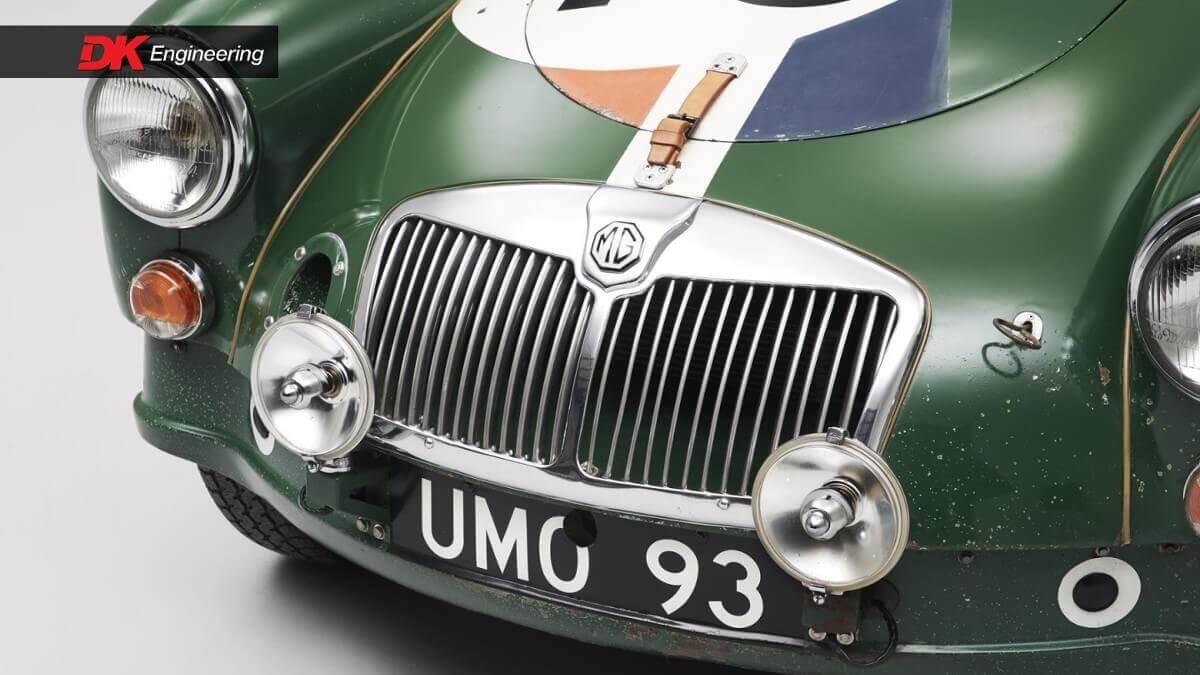 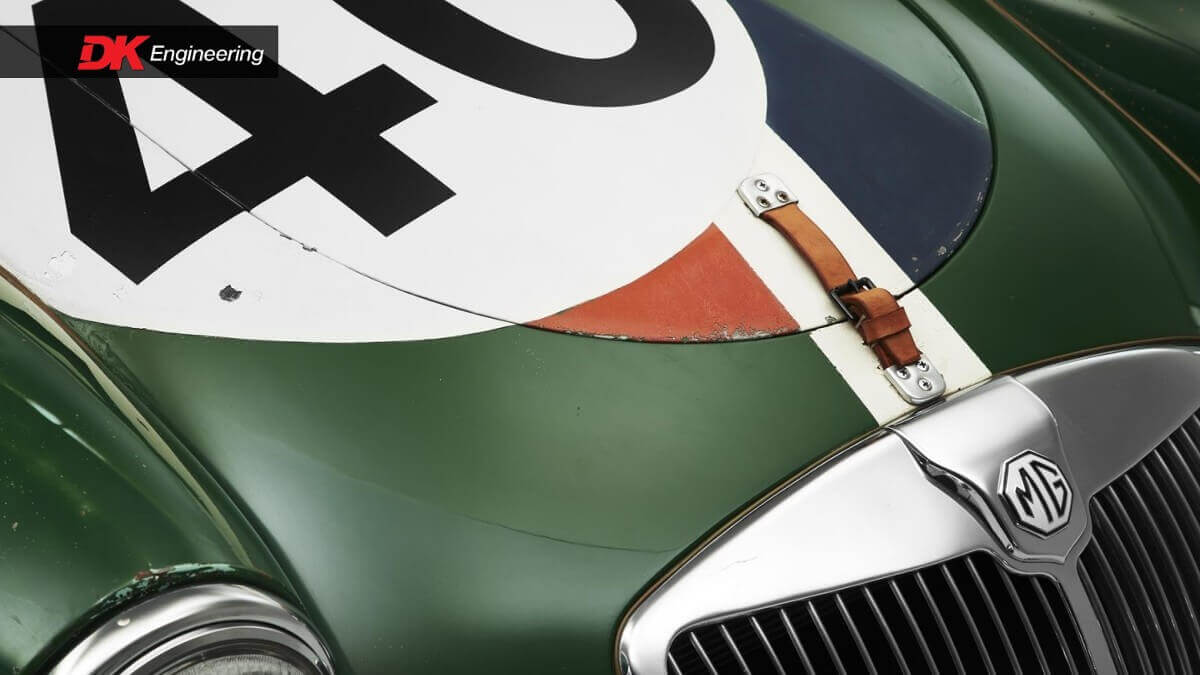 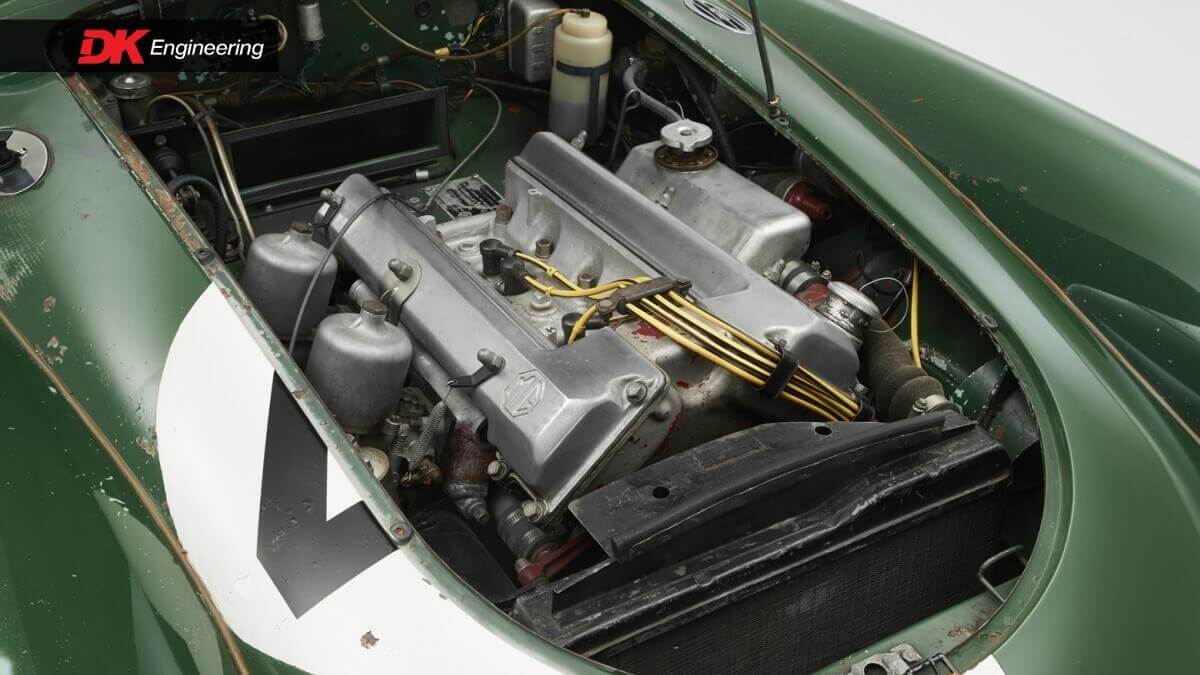 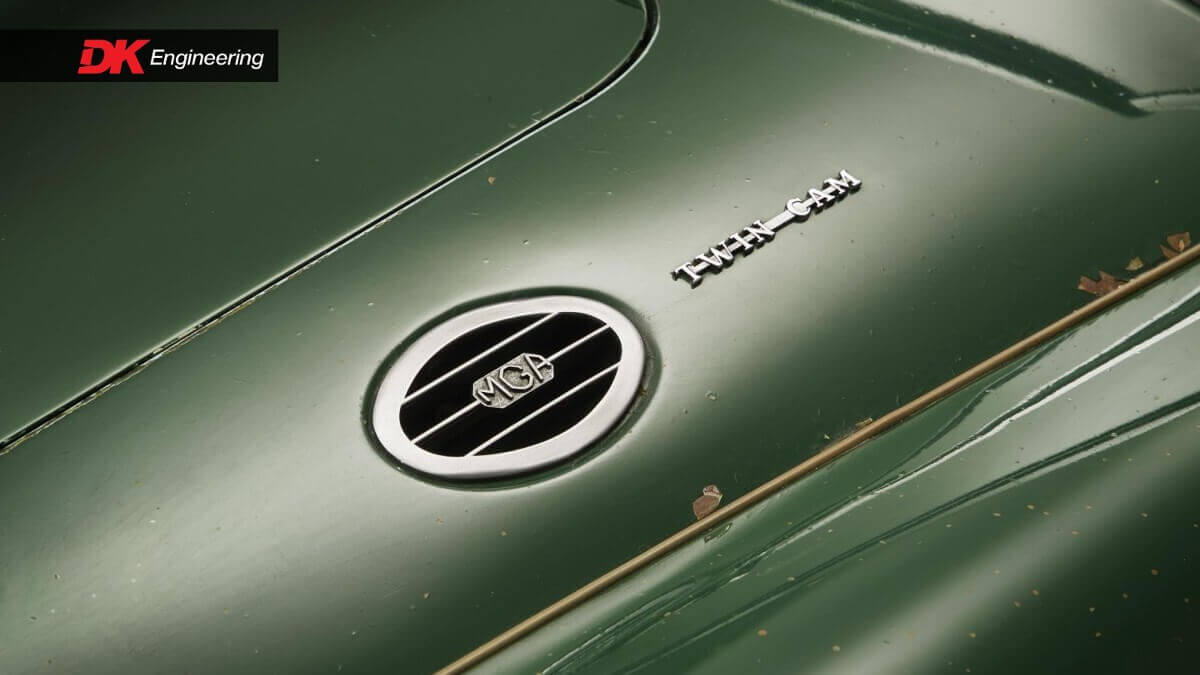 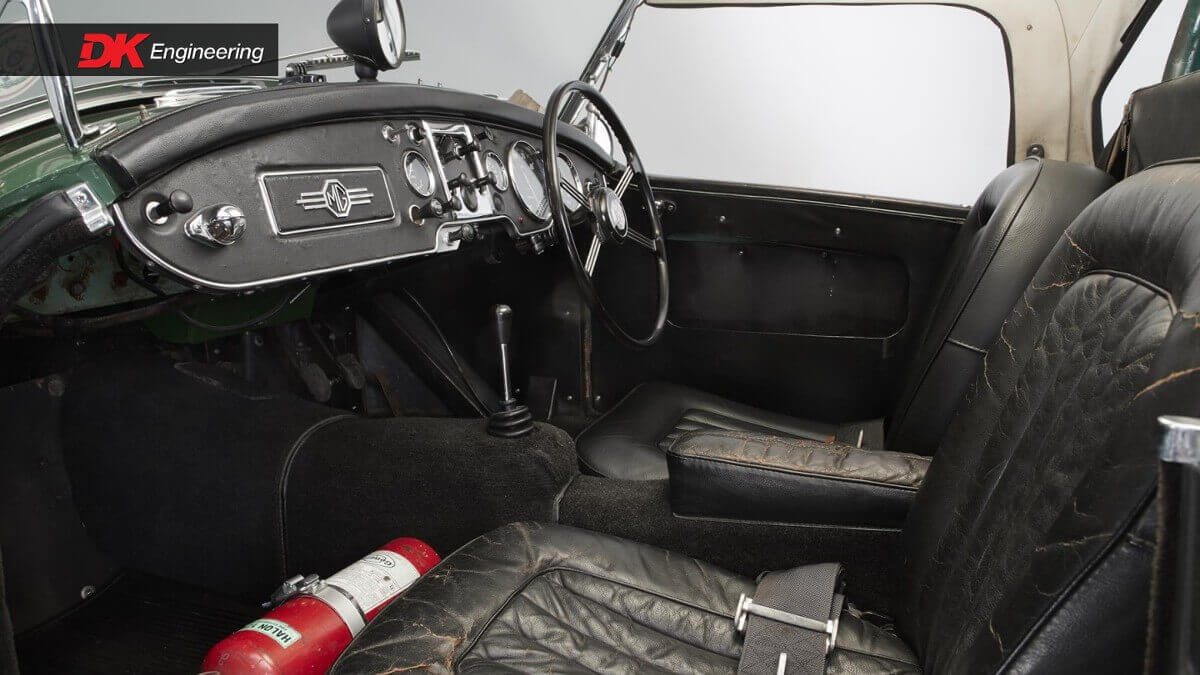 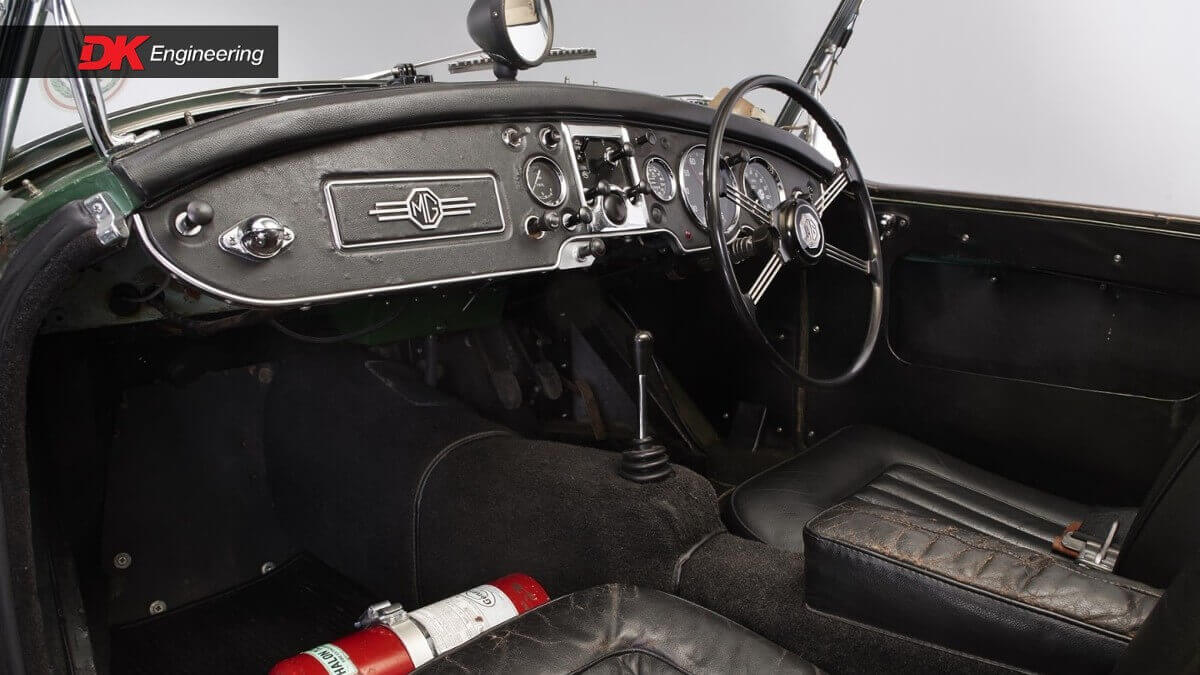 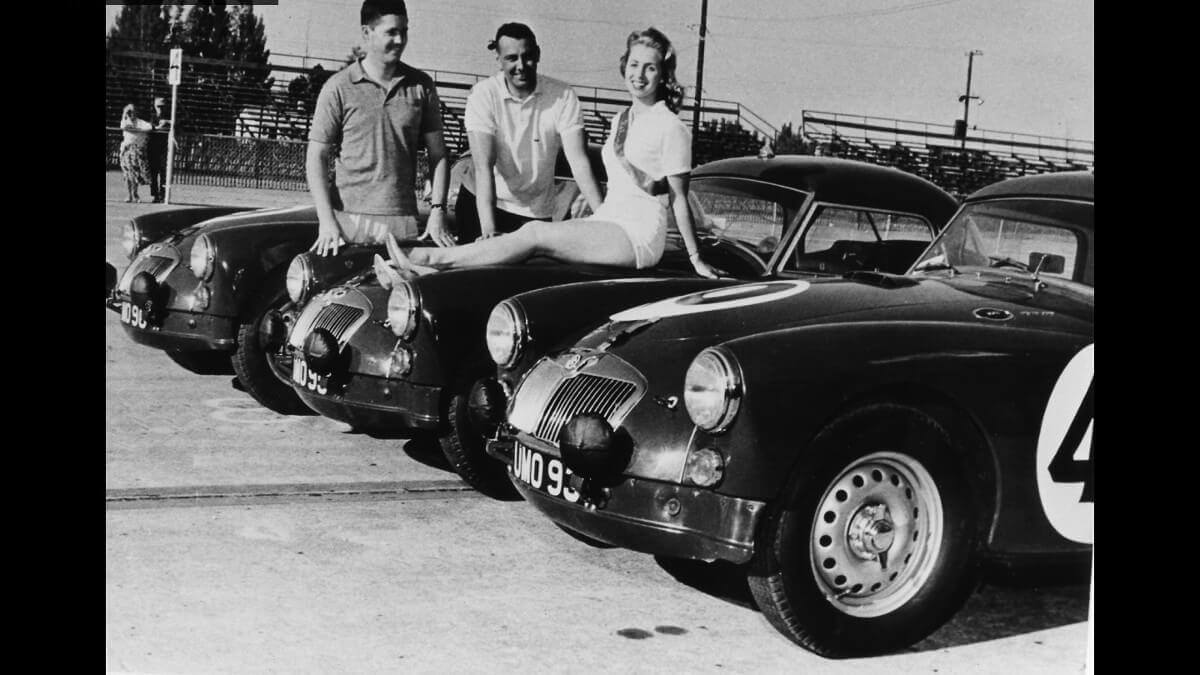 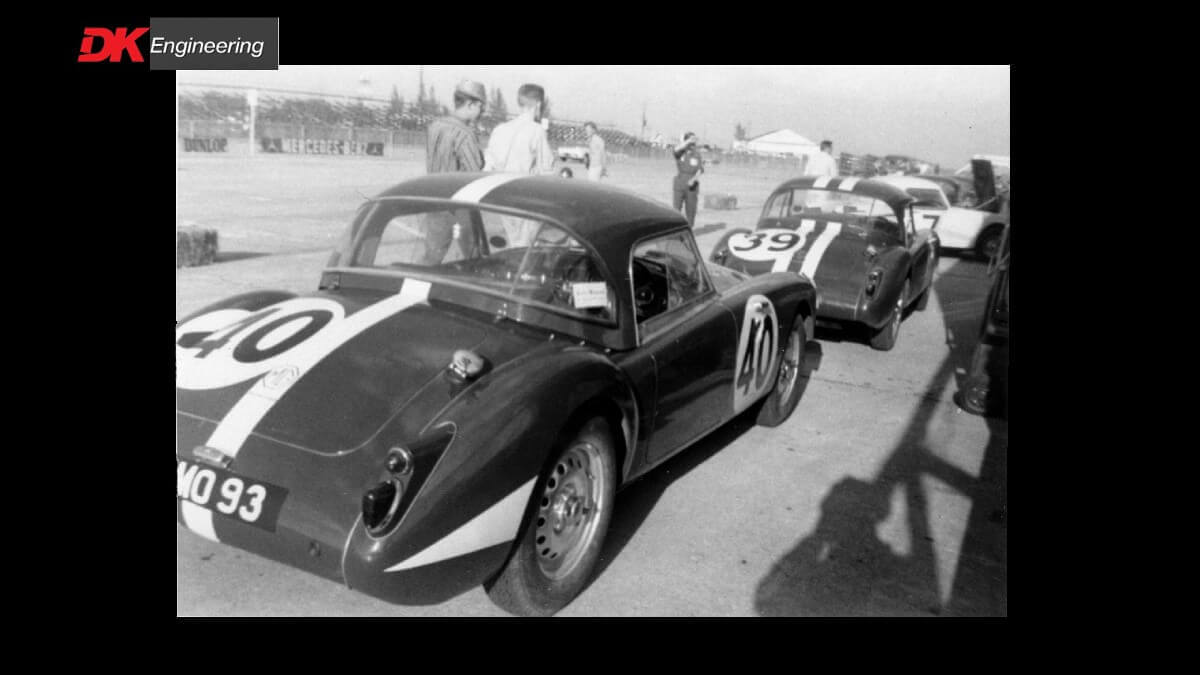 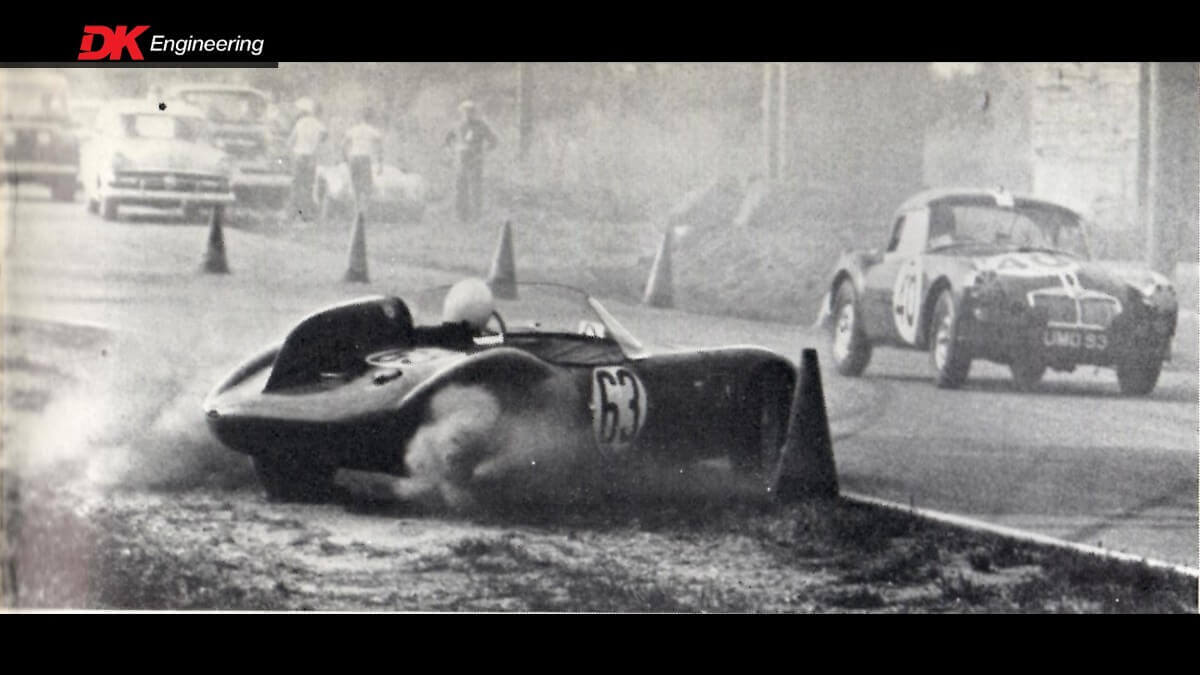 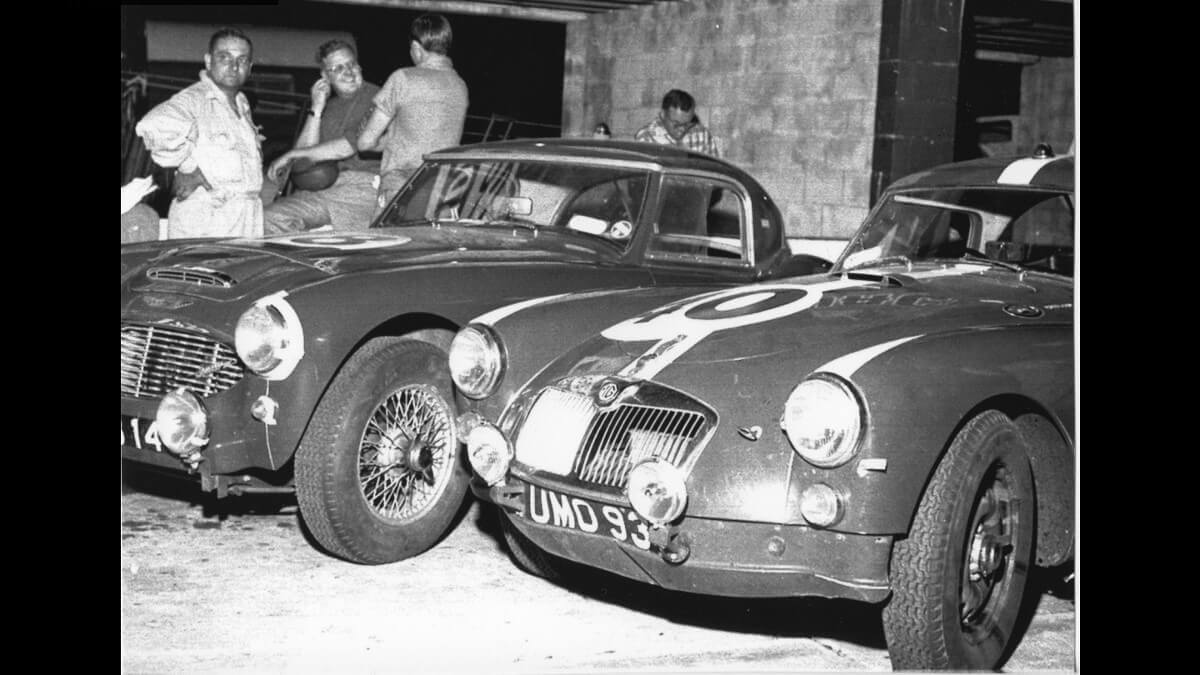 More and more MGA racecars were used worldwide in sports car races. For example in the 12 Hours of Sebring in 1960. The USA were one of the main markets for the nimble Roadster. Already in 1956 three production-spec MGAs scored the fourth, fifth and sixth place in the Sebring race. Now three works-based Twin-Cam cars came back to the course around an airport in Florida. In production trim the Twin-Cam got a 1.5 liter four-cylinder engine with 79 kW/107 PS and Dunlop brake discs all around for the first time in this model line. Optical differences compared to the normal model could be find in steel wheels with central lockings instead of wire wheels. For racing the three cars got bigger SU-carburetors, a close-ratio four-speed gearbox, locked differentials, bigger fuel-tanks, a modified cold-air inlet system and additional oil coolers. At the bodyworks deleted bumpers, alloy-hardtops from Vanden Plas, two additional headlights and new air in- and outlets have been added, while the whole car got a typical painting in British Racing Green with different stripes per car to distinguish them on the track.

At the moment DK Engineering in Great Britain offers one of these three original race cars, namely chassis number YD2/2571. This car, which is also known from its British licenseplate UMO93, scored fourth place with US drivers Jim Parkinson and Jack Flaherty at the wheel behind its sister car YD2/2575 with start number 39 and Canadian drivers O.D. Leavens and Fred Hayes driving it. After the race Sebring based BMC dealer Ship & Shore Motors sold the car to collector and racing driver Dr Paul Buchanan in Charleston/South Virginia, who raced it until it blew two valves in Daytona in 1963. Afterwards he put the car into depot.

Four years later Twin-Cam expert Lyle York tracked down the car, bought and repaired it. Until it suffered a clutch failure in 1970 it was used rarely, which explains the mileage of only 5,139 miles back then. He put the car onto blocks and kept it in original condition until 2003 when he finally sold it. The so far last private owner, Mr John Wright subjected it to a comprehensive mechanical recommission and took it back to a racetrack for the first time after 40 years at the 2004 Collier Cup in Watkins Glen. As he retained the patina, it scored first place in Race Car class at the 2010 Radnor Concours d’Elegance in Pennsylvania. Since 2015 the car belongs to the personal collection of DK Engineering and is now offered for sale.