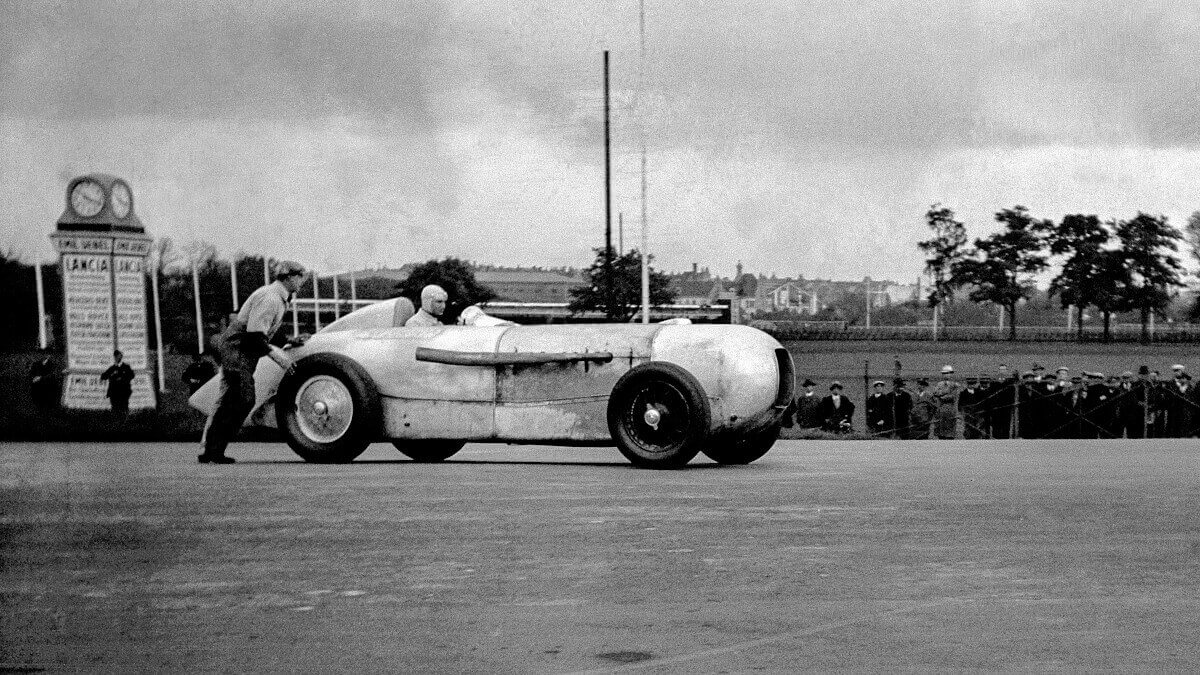 From today’s point of view, the Mercedes-Benz 300 SL Gullwing is without question a legendary sports car. However, if one had asked car fans before the premiere of this vehicle, which model of Mercedes would become a legend, the answer would probably have been either the SSK or the SSKL. The significance of these variants of the model series W06 for the Swabian company is difficult to put into words. Perhaps a statement of one employee of the Mercedes-Benz Classic department helps a little: “Of just over 30 built copies of the SSK, about 120 survived World War 2!” In other words, this sports car with a wheelbase shortened by 45 centimeters compared to the Typ S (S for Sport) enjoyed so high popularity in the post-war era, that various longer Typ S were shortened and rebodied by specialist workshops. Whether they became a replica of the SSK (Super Sport Kurz) or even the rarer SSKL (Super Sport Kurz Leicht), depended on how much money the individual client was willing to pay.

Already ex works, in 1931 the SSKL was strictly spoken only a weight-reduced and more powerful conversion of existing SSK cars. Some holes were drilled into the chassis on specially calculated places to reduce the weight without weakening the structure. This and light-metal bodies helped to drop the display of the scale by about 200 kilograms, while the seven-liter eight-cylinder supercharged engine was boosted to full 300 hp. Some vehicles were delivered to private customers, others remained in the works team, but nearly all of them had one thing in common: they were two-seater sports cars, which were used at various events such as the Eifel-Rennen at the Nürburgring, which was just established in 1927. But the team in Sindelfingen also experimented with aerodynamics, which was a field that was becoming increasingly important at the time. 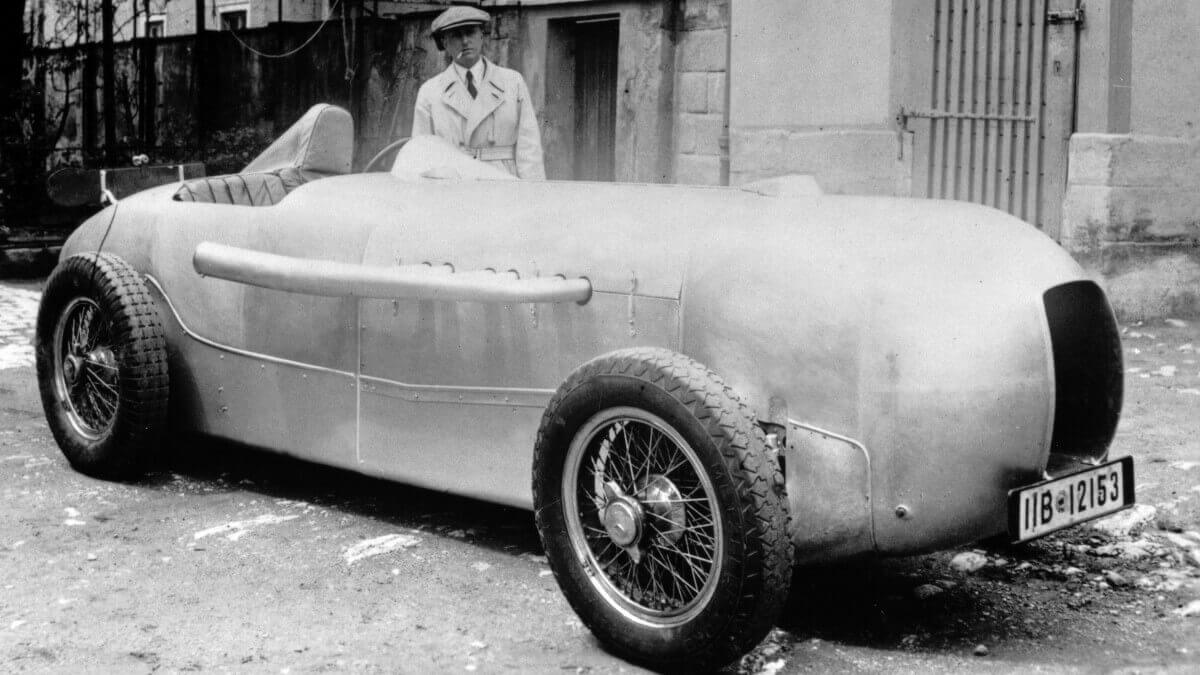 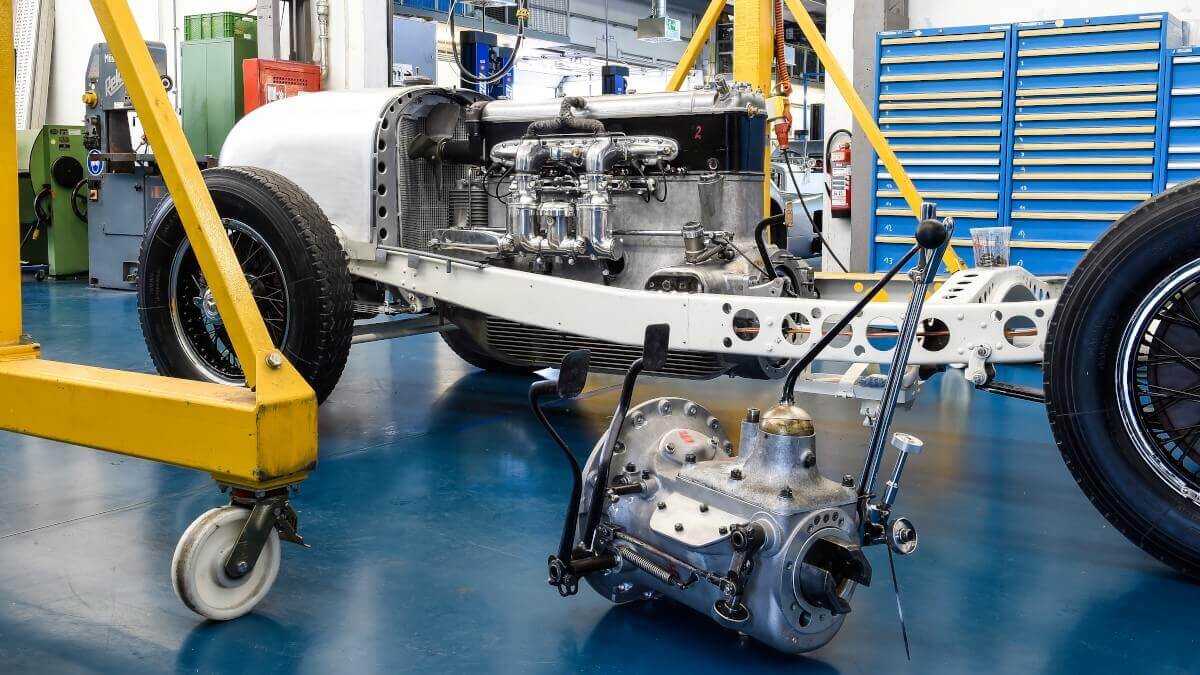 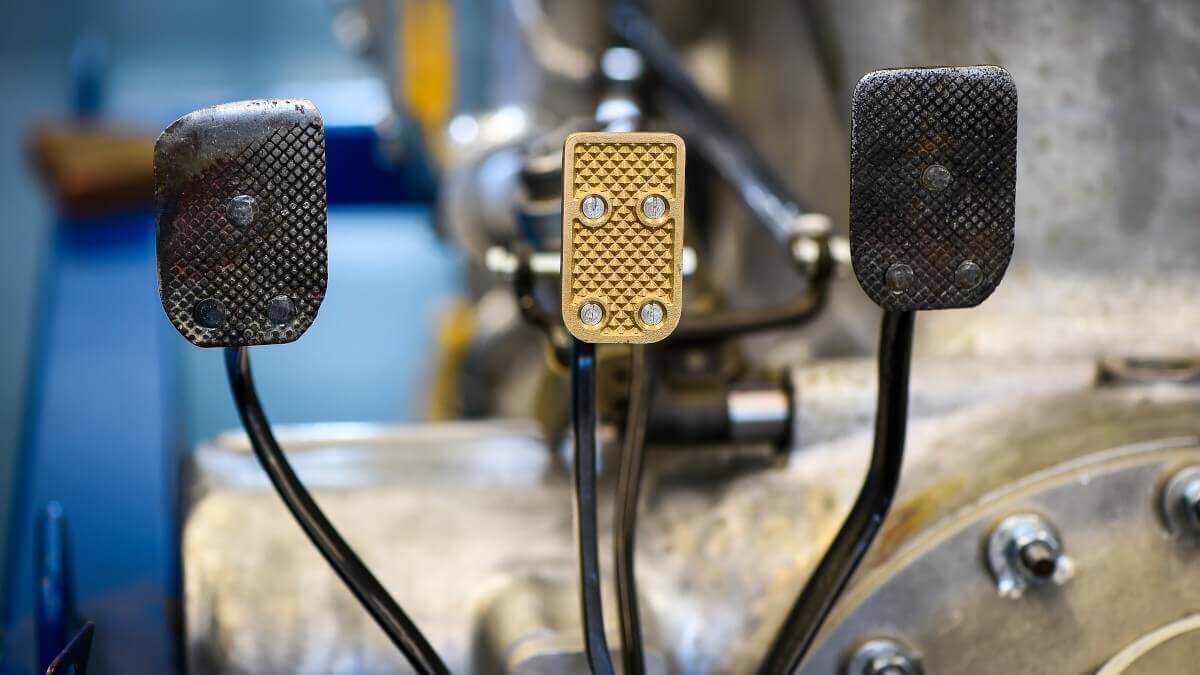 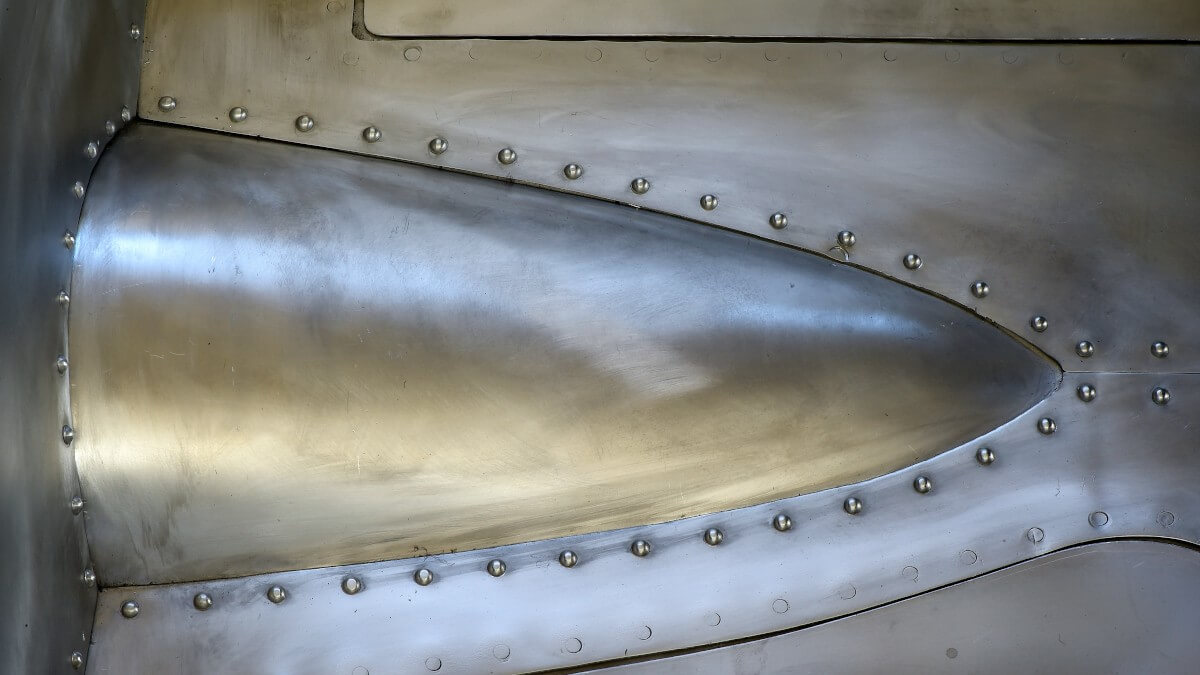 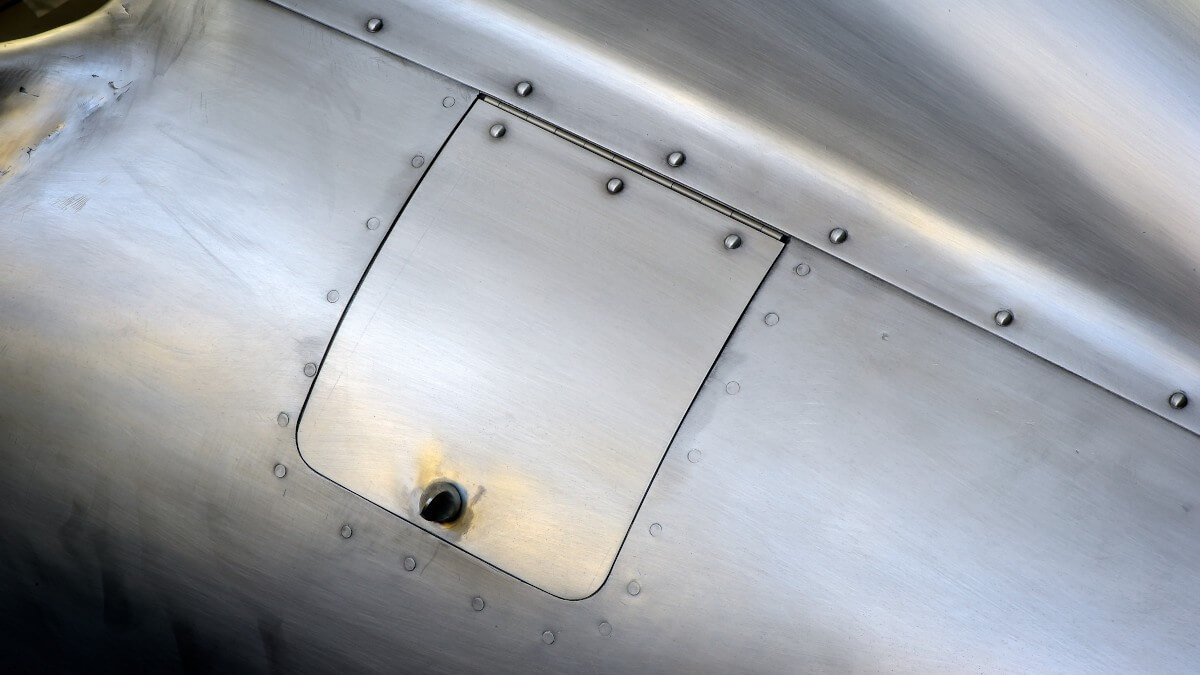 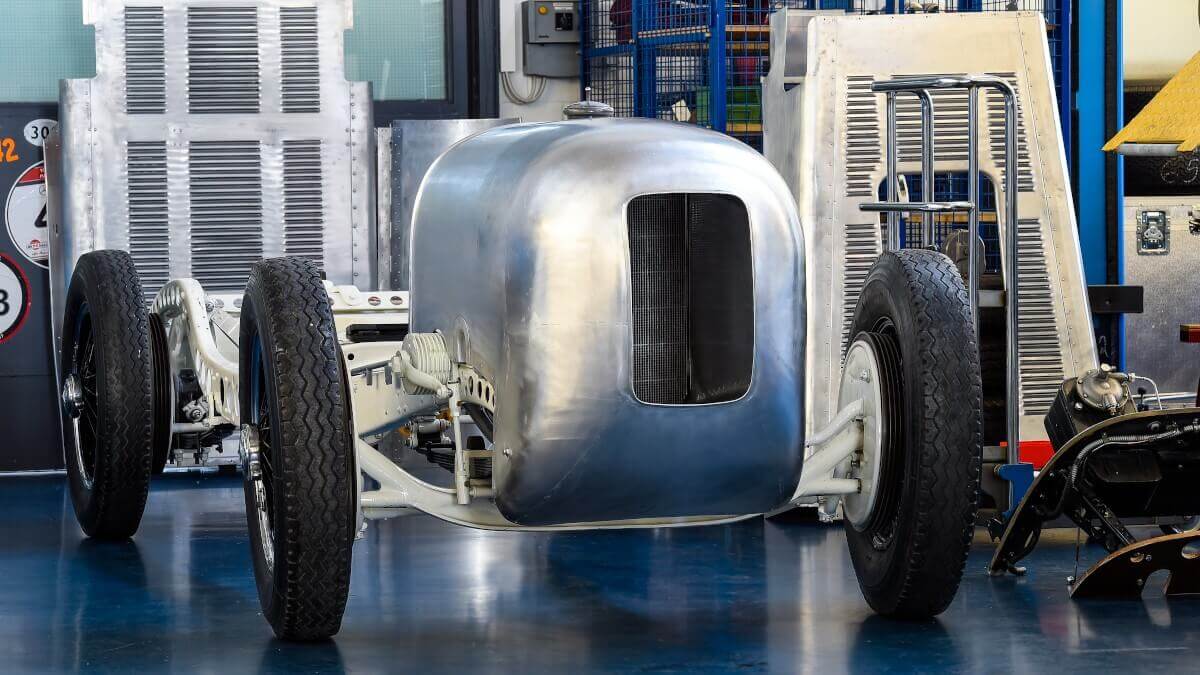 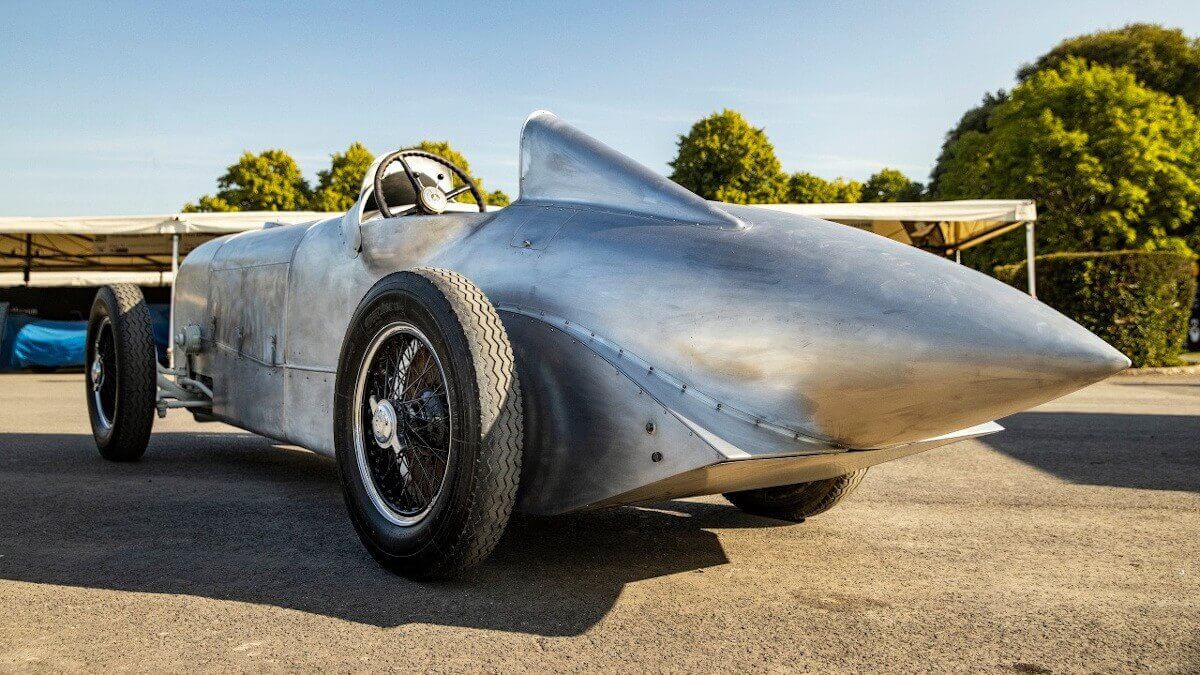 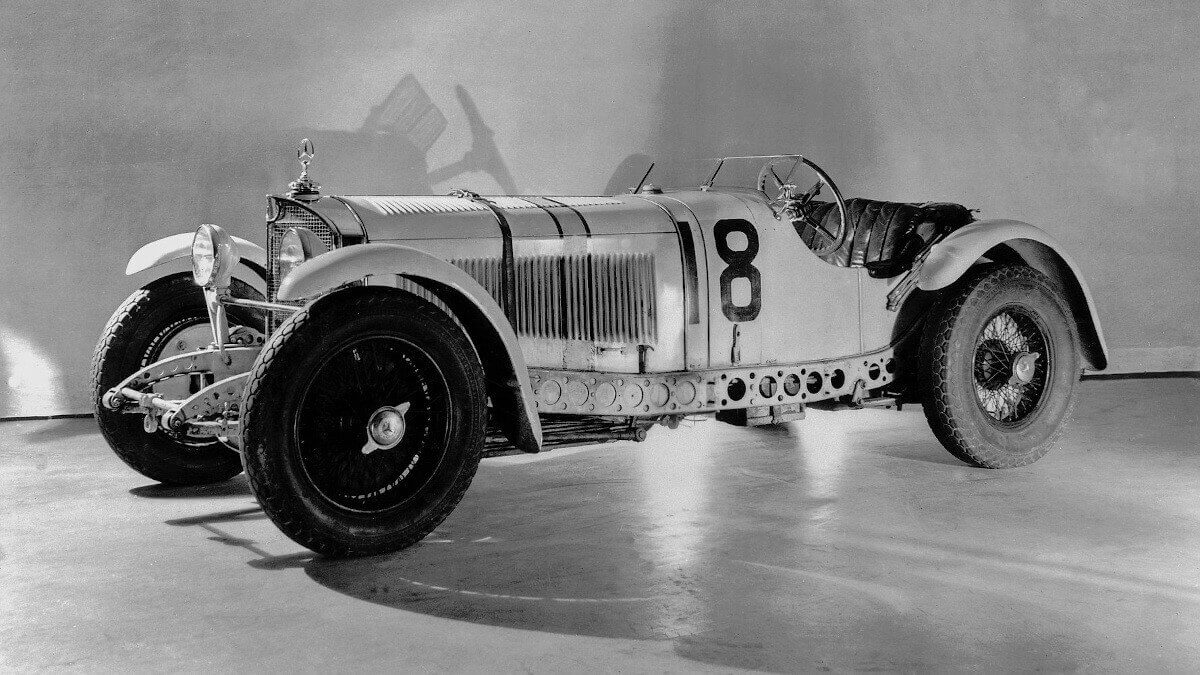 For the race on the AVUS (Automobil-Versuchs- und Übungsstraße, automobile traffic and practice road) in Berlin on 22 May 1932, one of their SSKL got a new body, which was developed together with the aerodynamic pioneer, inventor and engineer Reinhard von Koenig-Fachsenfeld. This specially designed monoposto streamline styling became reality with the help of some artisans of the company Vetter in Cannstatt, using unpainted parts of light alloys. The finished bodywork was mounted to the SSKL chassis. Its sensational shape for the time with a rectangular radiator opening at the front, laterally fully clad cockpit and the exhaust manifold exiting on the right side lowered the air resistance compared to a standard SSKL by about 20 percent. Thus factory driver Manfred von Brauchitsch was able to reach topspeeds of about 255 kph, about 20 kph faster than his team colleague Rudolf Caracciola in another SSKL. Von Brauchitsch won with ease. During the radio broadcast of the race, the moderator for the first time used a term that is still attached to the later Grand Prix racecars of Auto Union and Mercedes-Benz. He called the streamline-SSKL a “silver arrow”. Thus, this unique car was the link between the ‘white elephants’, as the racing cars of the W06 series were often called, and the GP racers from 1934.

Following the AVUS race, the streamline bodywork disappeared in the dust of history. Until the beginning of 2019, there were only a few black-and-white photographs and few records and sketches in the Daimler archive in Stuttgart and in the archive of Schloss Fachsenfeld. There, Reinhard von Koenig-Fachsenfeld had put all his documents into a foundation in 1982 to make them accessible to posterity. Once all the existing documents had been inspected and evaluated, the Classic department of Mercedes-Benz started to recreate a true-to-original replica of this important one-off for their car collection. During the Goodwood Festival of Speed they presented the result as a static exhibit. In the near future, the car will also be fully driveable and shown at various other events.