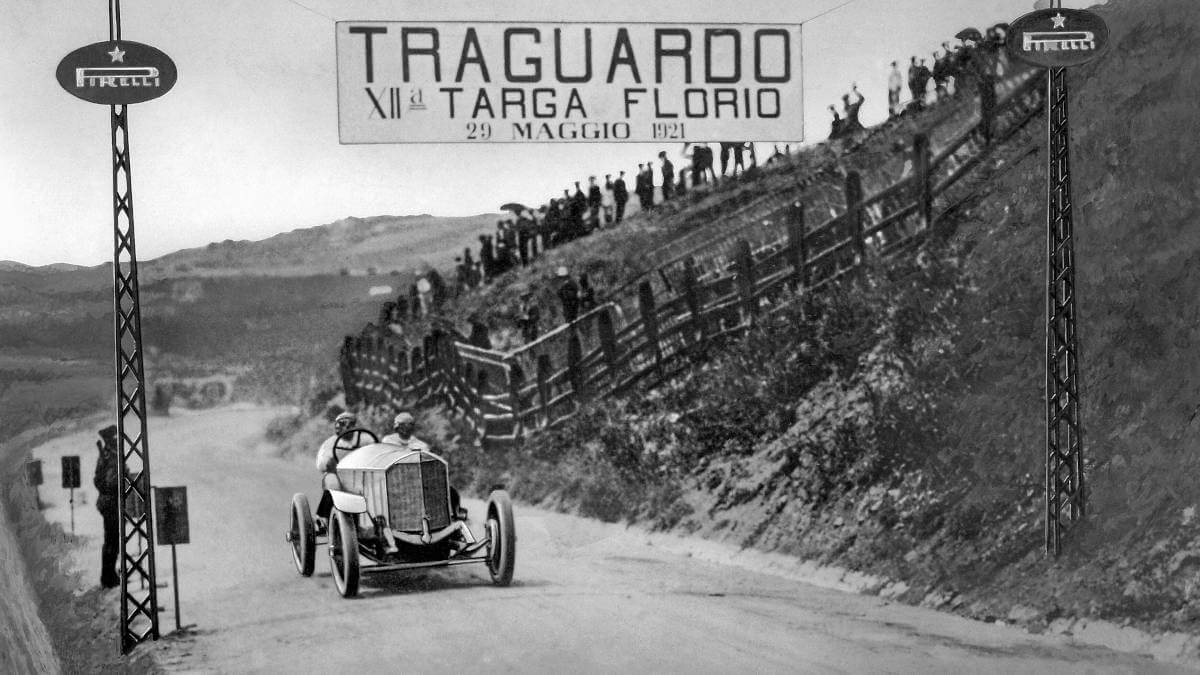 Brakes on all four wheels of a car are taken for granted today. But that wasn’t always the case. In the period before World War 2, the automotive world looked very different. Even before World War 1, in 1914, Daimler-Motoren-Gesellschaft (DMG) presented the Mercedes 28/95 PS, which had been designed by Paul Daimler, son of the company founder Gottlieb Daimler. Under the hood was an inline six-cylinder engine with a displacement of 7.3 liters and 66 kW/90 hp. A new feature was the overhead camshaft with valves suspended in V-shape in the combustion chambers. Despite the start of the war, production at DMG continued until mid-1915. Around 25 examples of the 28/95 PS had been built by then. After the end of the war, it took until 1920 before the model was reintroduced into the program.

Further development to the 28/95 PS Sport

A year later, DMG presented the further developed Mercedes 28/95 PS Sport, with which the works team competed in motorsports. A new frame chassis with lower positioning of driver and co-driver was developed for this purpose. The engine and water cooler were also positioned lower and further back. DMG also shortened the wheelbase by 325 to 3,065 millimeters. The output of the six-cylinder engine climbed to 81 kW/110 hp. For the first time in the brand’s history, deceleration was done via a four-wheel drum brake system. For the following year, the 28/95 PS Sport received supercharging, which delivered up to 107 kW/145 hp to the rear wheels when the supercharger was engaged. This development led directly to the S, SS, SSK and SSKL series, which were successful into the 1930s. From 1923, the “all-wheel brake” was also available for private customers and from the mid-1920s, a warning sign at the rear had to alert other road users to the good braking performance. 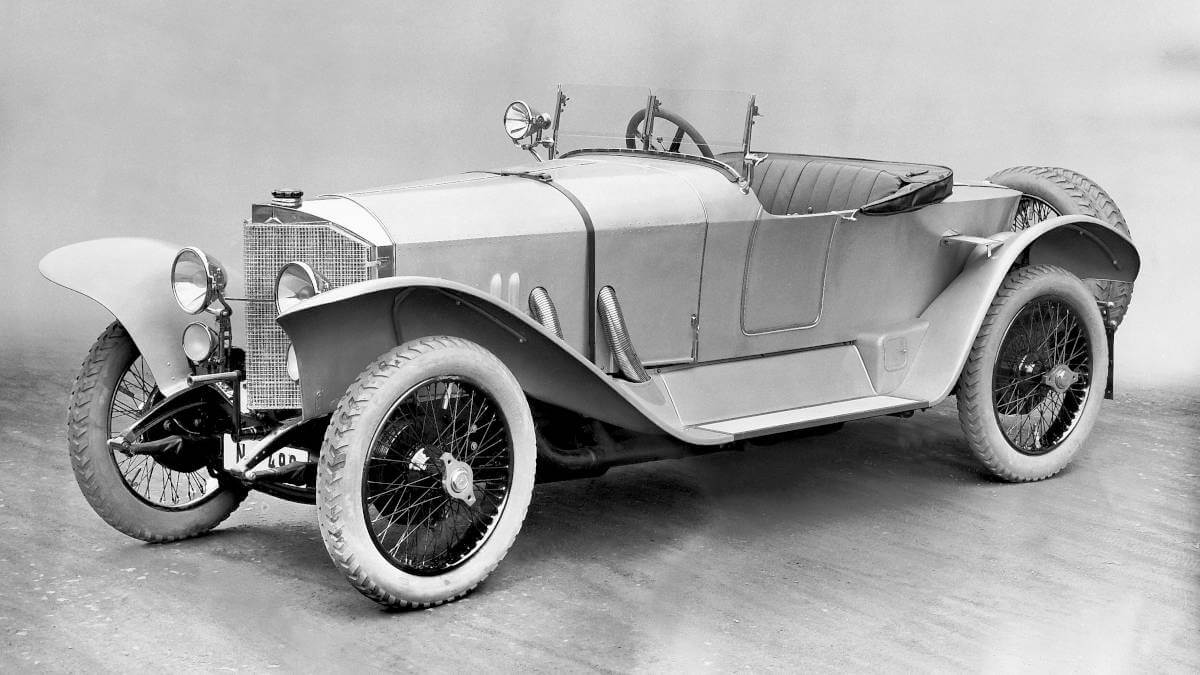 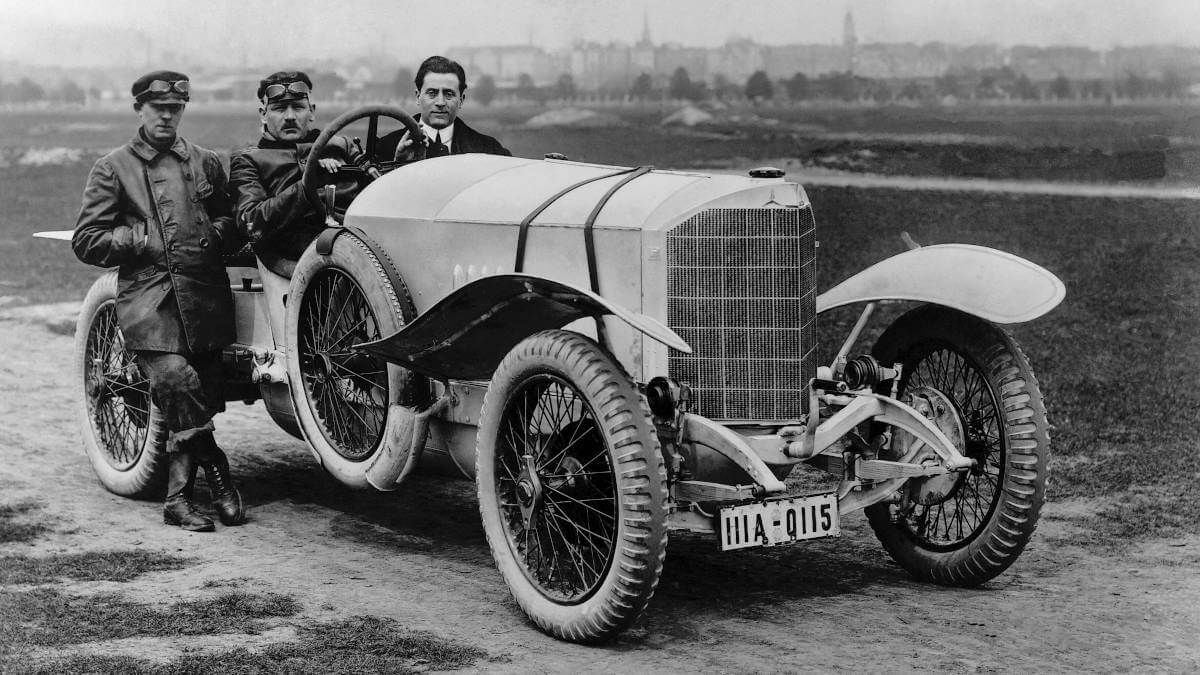 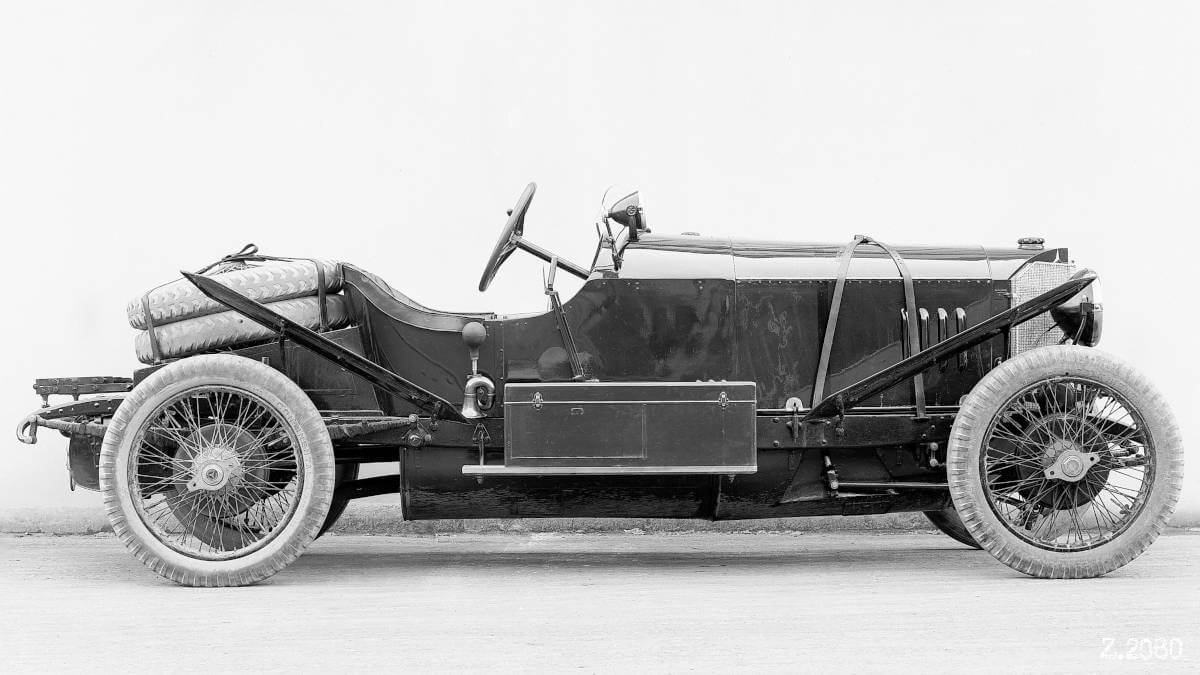 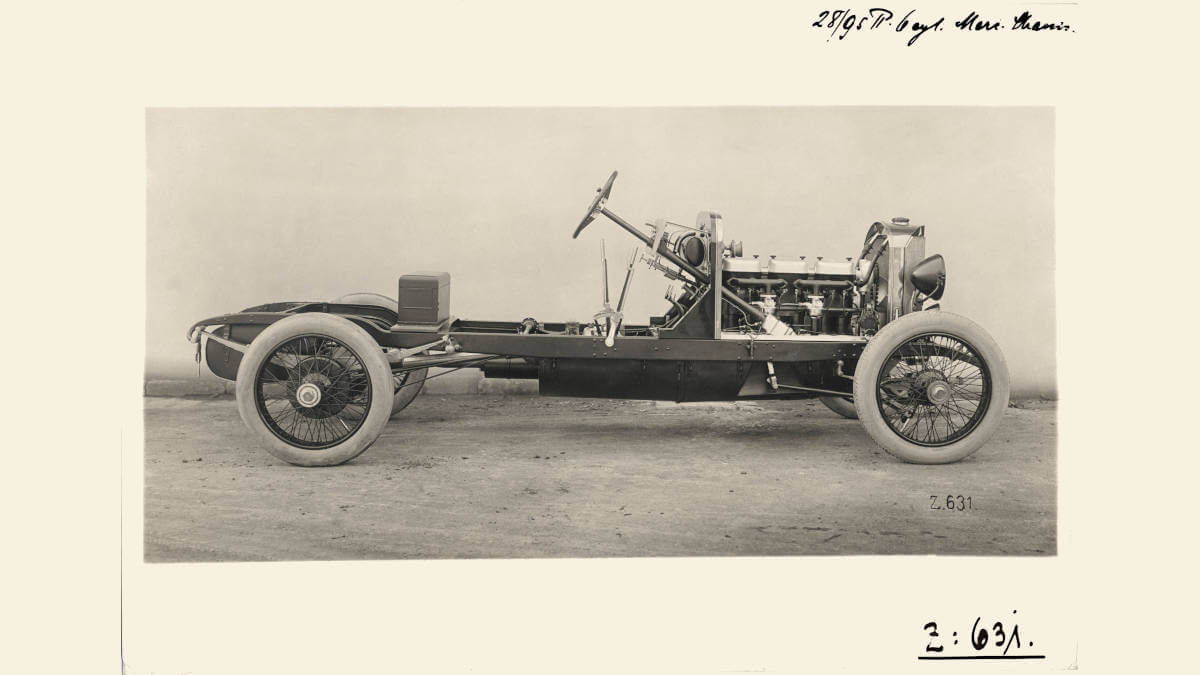 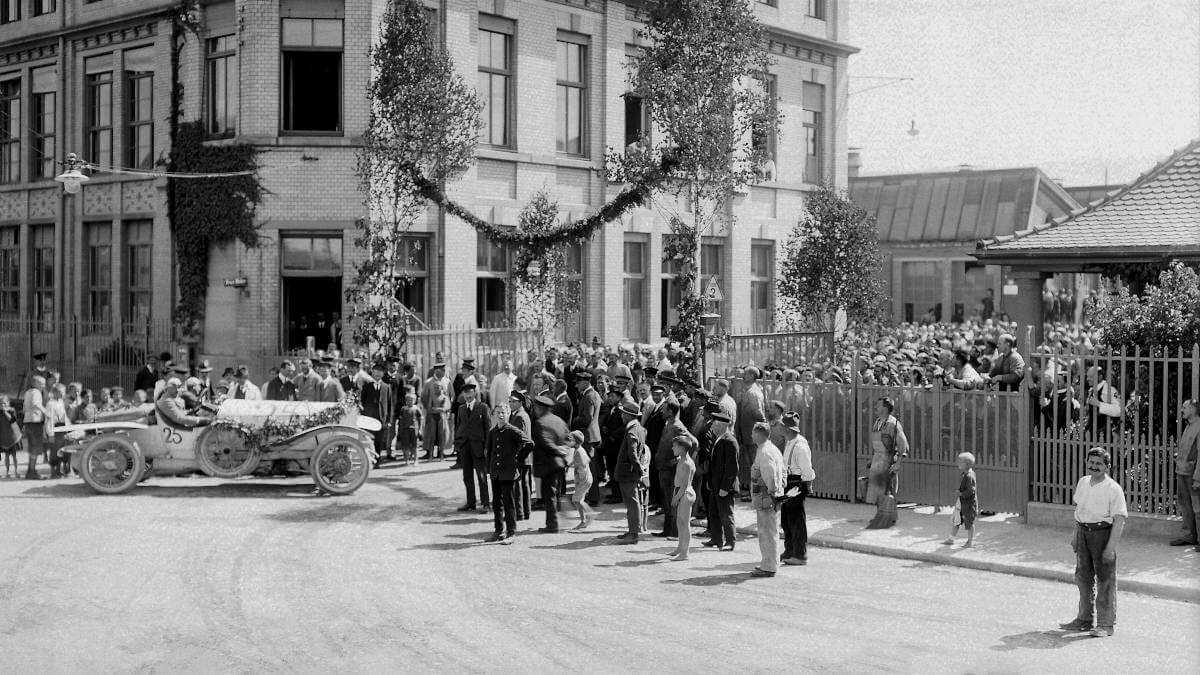 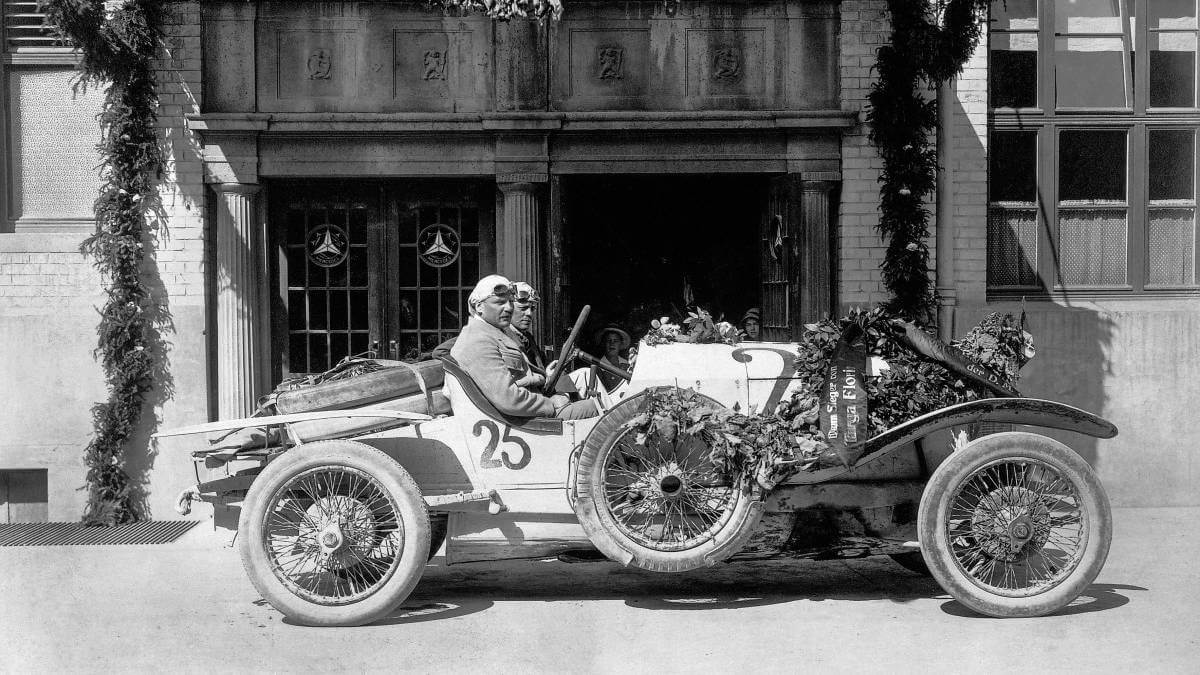 As already described above, the DMG works team competed internationally with the Mercedes 28/95 PS Sport. One such entry was on May 29, 1921, in Sicily at the Targa Florio. Max Sailer took his seat behind the wheel of car number 25, with Hans Rieger beside him. He competed in the class of Touring Cars over 5 liters displacement. The race took place over four laps of the circuit, which was still 108 kilometers long at the time. On 364 days of the year, it was unpaved country and mountain roads. Around 800 meters of elevation gain and about 1,500 corners had be traversed per lap. Added to this was the stinging sun with high temperatures. Sailer needed just under seven and a half hours for the total race distance of 432 kilometers. He thus achieved a class victory and crossed the finish line in second place overall. Added to this was the fastest race lap. Of course, Sailer drove the car on its wheels for around 2,000 kilometers to the race and then back.

Racing successes for the 28/95 PS Sport and Mercedes

In addition to dust and heat, there was another danger for racing drivers in those days: punctures. Sicily was still very rural and there were plenty of hoof nails lying around on the track. Max Sailer also suffered from flat tires and had to stop a total of nine times to change tires. Amazingly, the overall winner on a Fiat Special came through without any punctures. This gave him a two-minute lead over Sailer. The Targa Florio was first organized in 1906 by Italian industrialist Vincenzo Florio. He also donated the Coppa Florio, which was contested at the Brescia Grand Prix. In 1921, factory teams took part in this endurance race for the first time. DMG brought two cars, with Carlo Ferrario in the second. The 28/95 PS Sport had previously won the Königsaal-Jilowischt hillclimb race and then another five races in the same year. Mercedes (from 1926 Mercedes-Benz) also won the Targa Florio in 1922, 1924 and 1955.