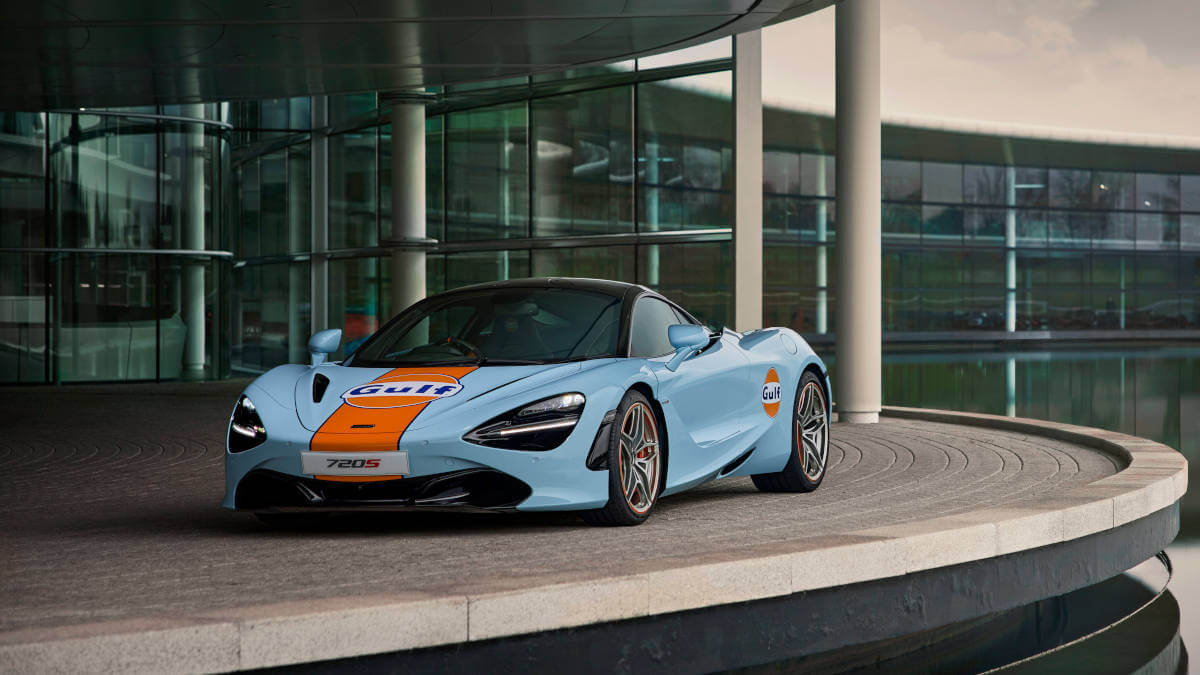 Among the most famous colors in racing, one quickly finds the bright blue and orange of Gulf Oil International. Over the decades, the brand logo and these colors were emblazoned on various racing cars. At the Monaco Grand Prix, for example, the two McLaren cars run exclusively in this livery at the weekend. As early as the 1990s, the British automarker competed with Gulf and the F1 GTR in the FIA GT1 series and at Le Mans. The Gulf logo first appeared on McLaren race cars in Formula 1 and the Can-Am series between 1968 and 1973. Since 2020, Gulf is the official lubricant supplier, which means that all new cars leave the factory filled with Gulf oil and fuel. Now the American company has given McLaren’s MSO division permission to offer some road cars in this iconic livery. The first of these is a McLaren 720S coupé. 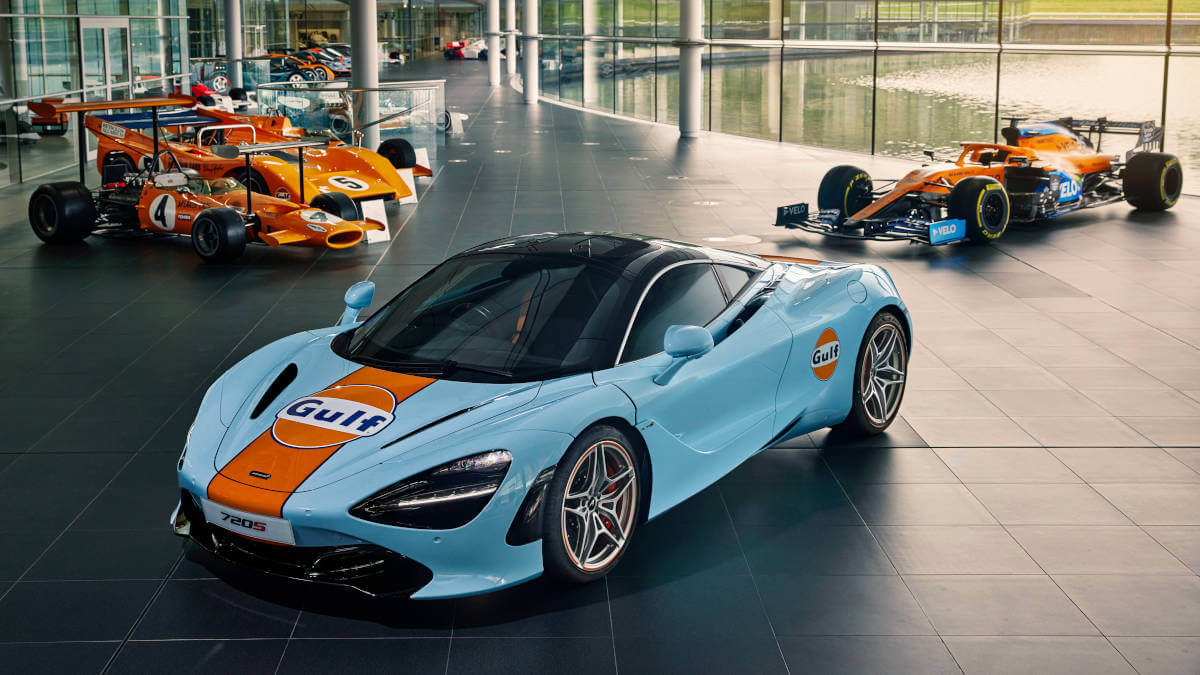 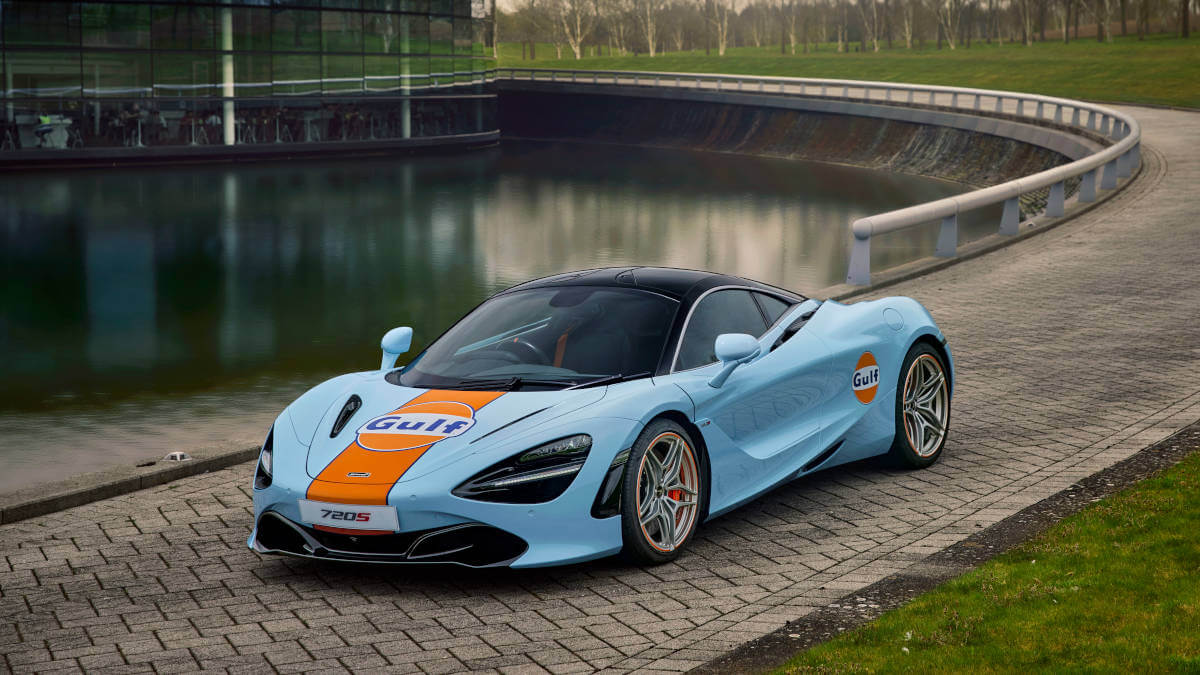 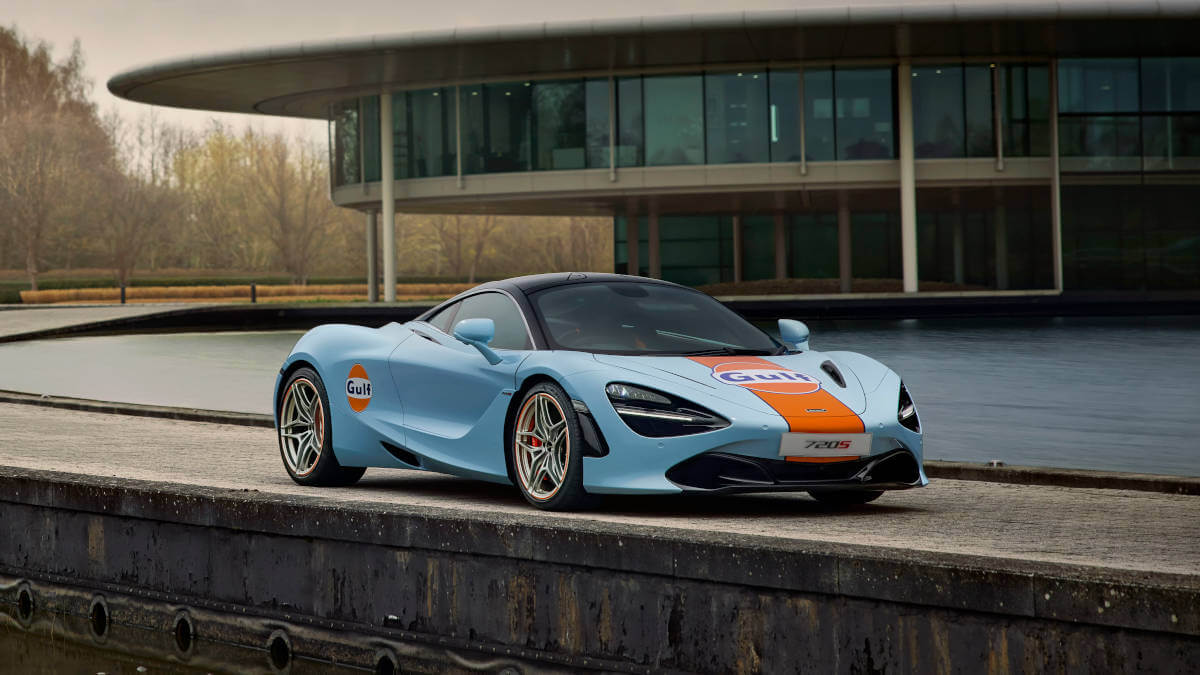 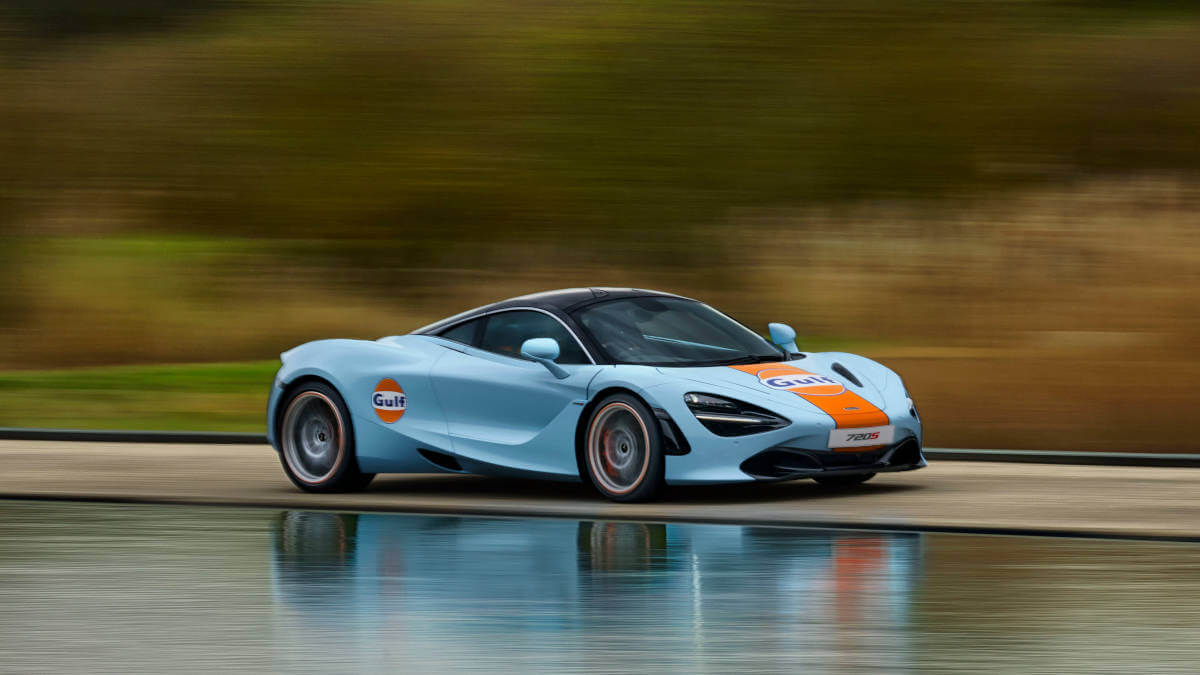 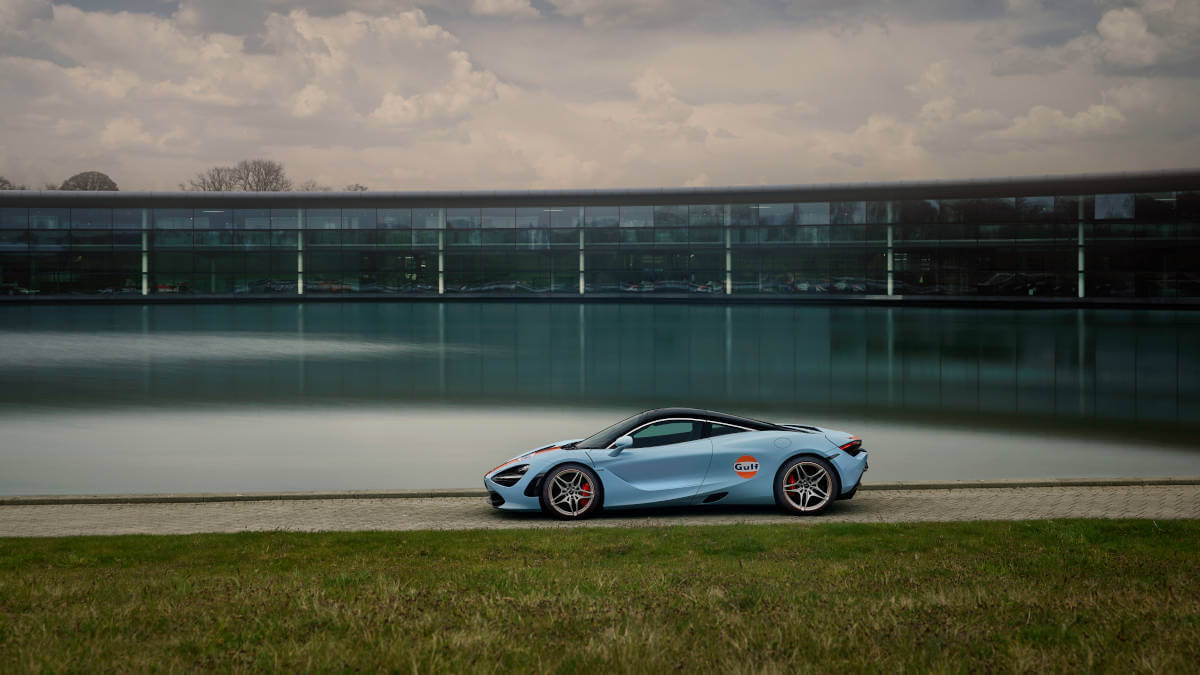 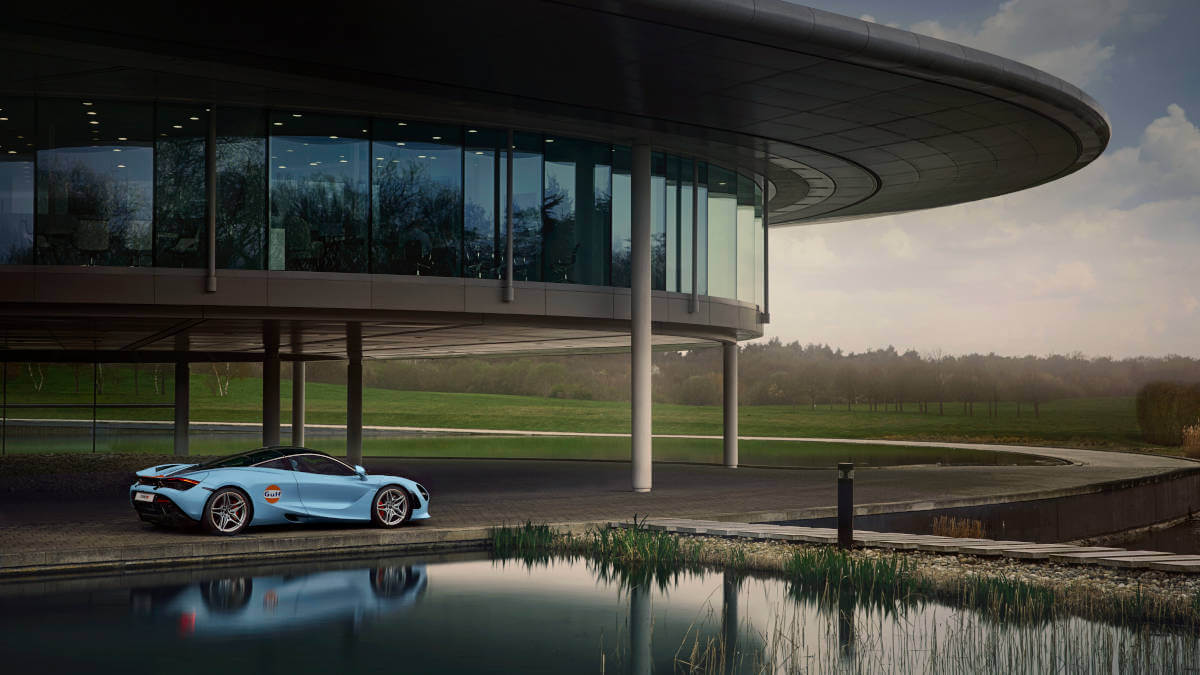 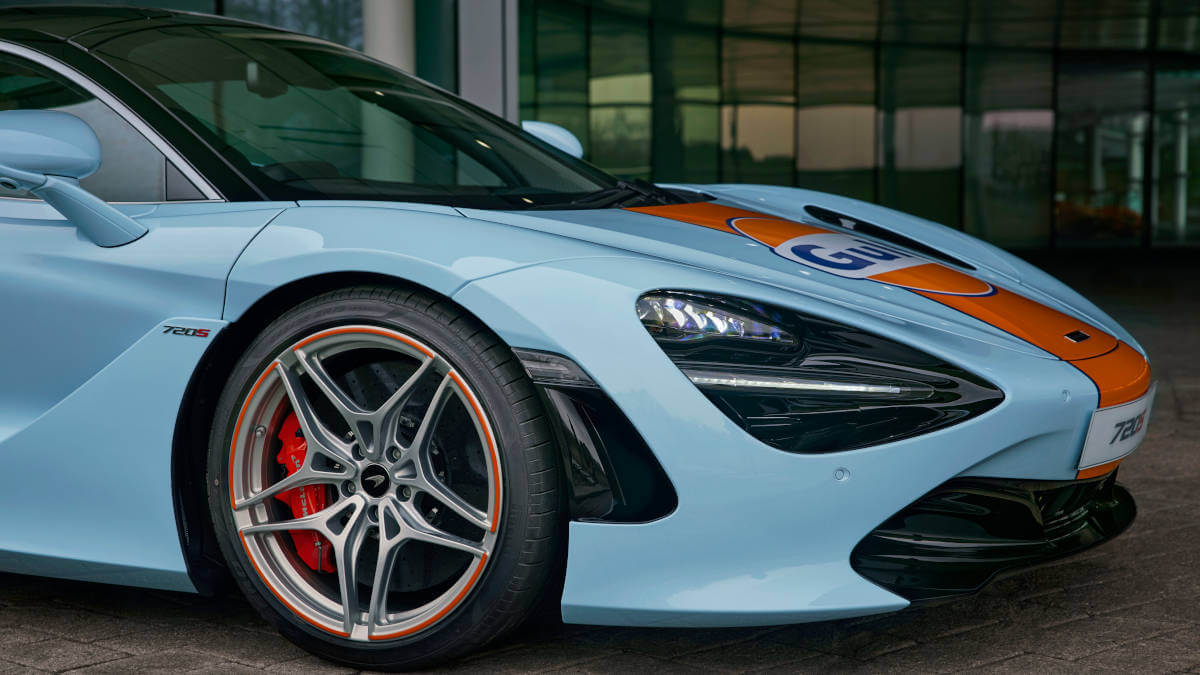 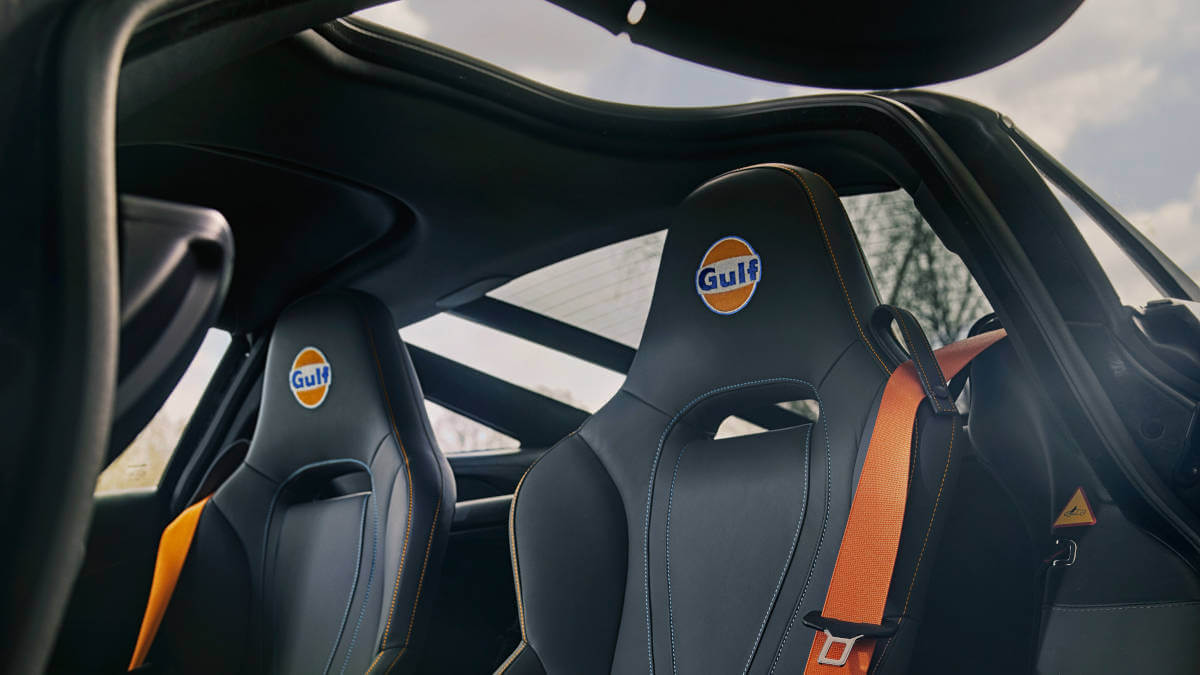 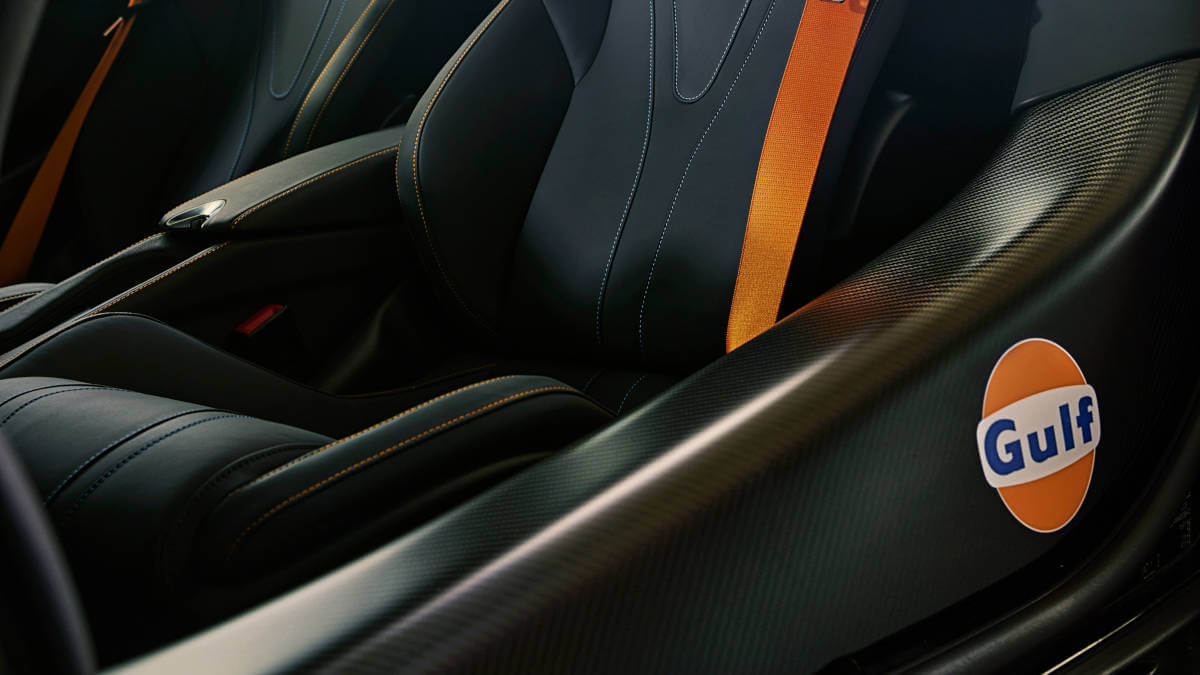 Due to the very complex painting process, MSO only offers the Gulf package to a limited number of customers per year. For the 720S now presented, the hand-applied paint process took a full 20 days. Beforehand, the company worked intensively with paint manufacturer AkzoNobel to find the best possible color combination of solid and metallic paints. The typical Gulf orange is also found on the brake calipers. The Gulf logo is painted behind the doors and on the trunk lid. Inside, stitching in blue and orange as well as orange seat belts and the Gulf logo embroidered into the headrests provide visual cohesion. The logo is also painted on the inner sills of the carbon monocoque. On the carbon steering wheel there are an orange zero marking and dark blue stripes on the spokes.