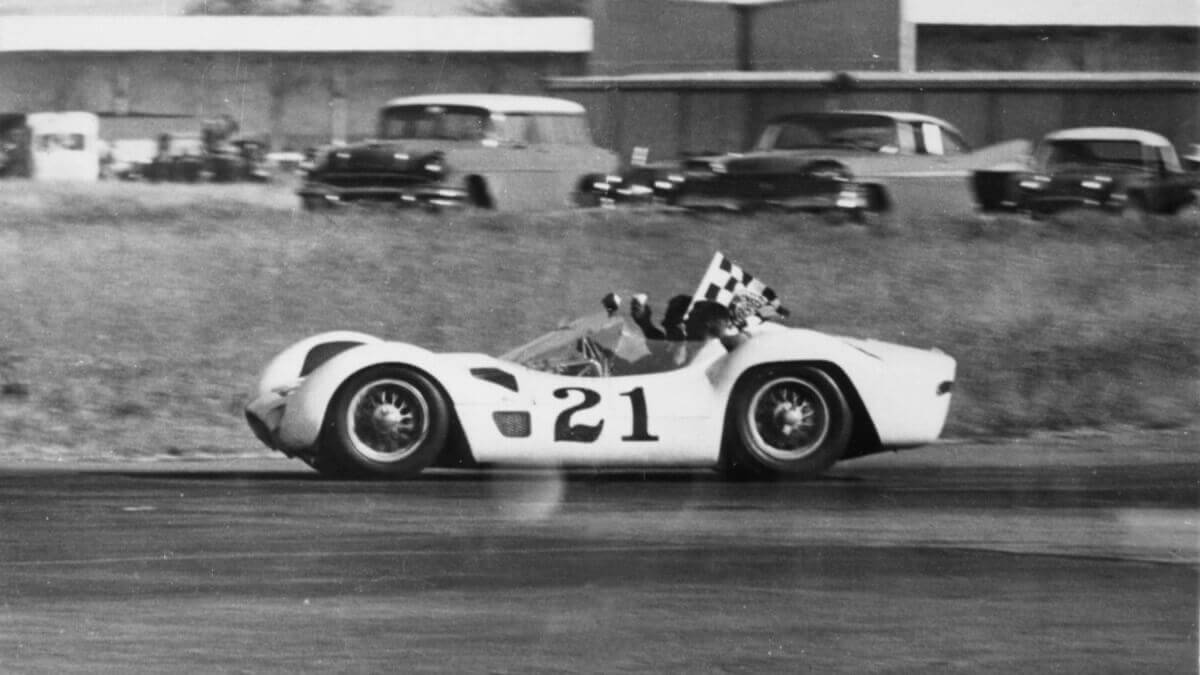 Under the direction of the Orsi family, a new racing car for the sports car class was built from 1958 onwards. The engineer Giulio Alfieri was hired as technical manager in order to search for new, innovative solutions in order to be even more competitive than before. He was given total freedom to do this. Alfieri didn’t have to take into account any familiar design similarities, nor did he have to build on an existing base. His only guidelines were the technical regulations of the motorsport authorities. Initially he thought of a monocoque structure made of steel or aluminium, but had to reject his idea ultimately because of cost issues. Instead, he discussed with his team all the possibilities of how to place a racing car that was as light as possible and at the same time had good torsional stiffness. Together they came up with the idea of a tube frame with around 200 individual tubes, each with a diameter of between just 10 and 15 millimeters.

This complex structure of special tubes is remotely reminiscent of a large birdcage and gave the new Maserati its common nickname ‘Birdcage’ even before it drove its first few meters. Alfieri and his team had planned to use a two-liter four-cylinder engine as the power source, which was mounted to the chassis behind the front axle in a mid-engine layout. In addition, it was tilted by 45° to the side in order to lower the center of gravity and the overall height further. This helped both the aerodynamics and the agility. Originally, the engine was used in the Maserati 200S. Now it got a new cylinder head including a change of the exhaust manifold to the right side. In addition, the bore were enlarged and the stroke reduced slightly. Two Weber carburettors and a dual ignition system from Marelli provided 200 hp as power output. While the front axle was mounted on coil springs, the rear De Dion axle was mounted on transverse leaf springs. The consistent lightweight construction resulted in an curbweight of only 570 kilograms. 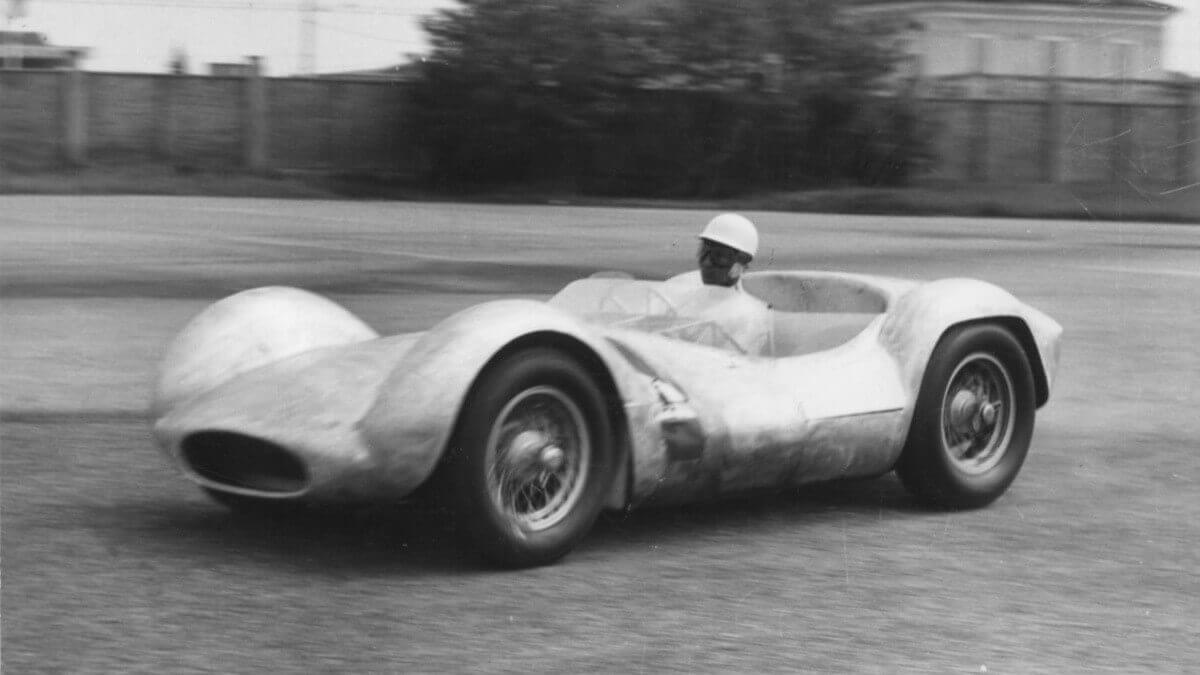 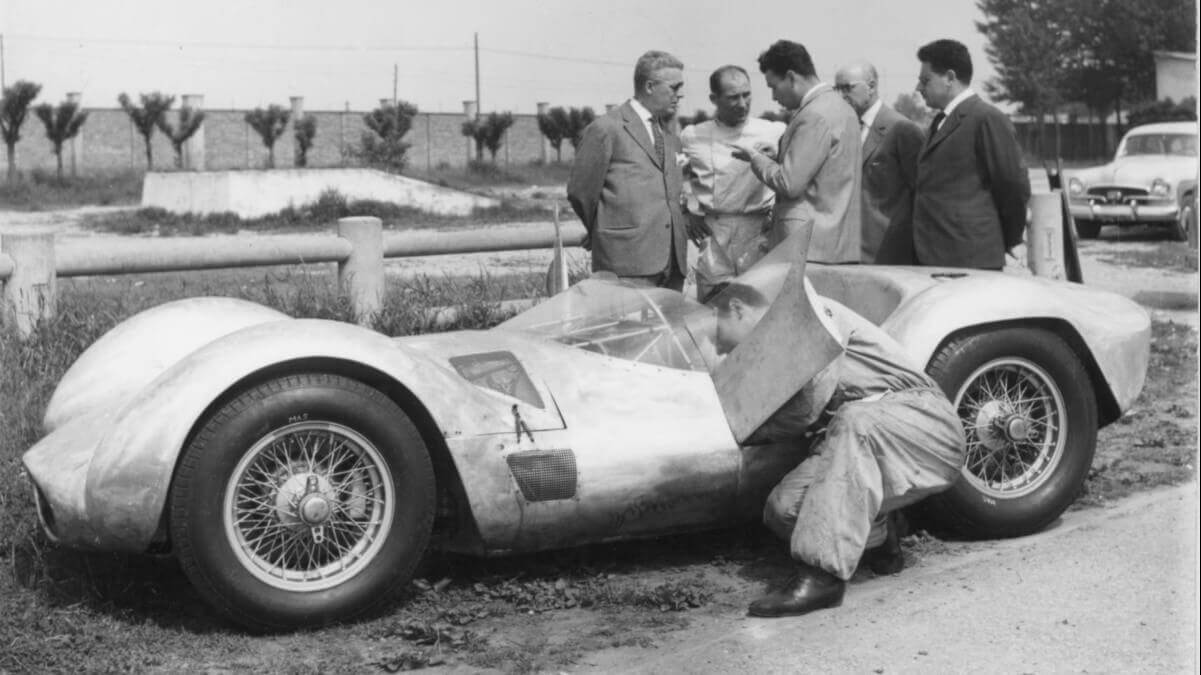 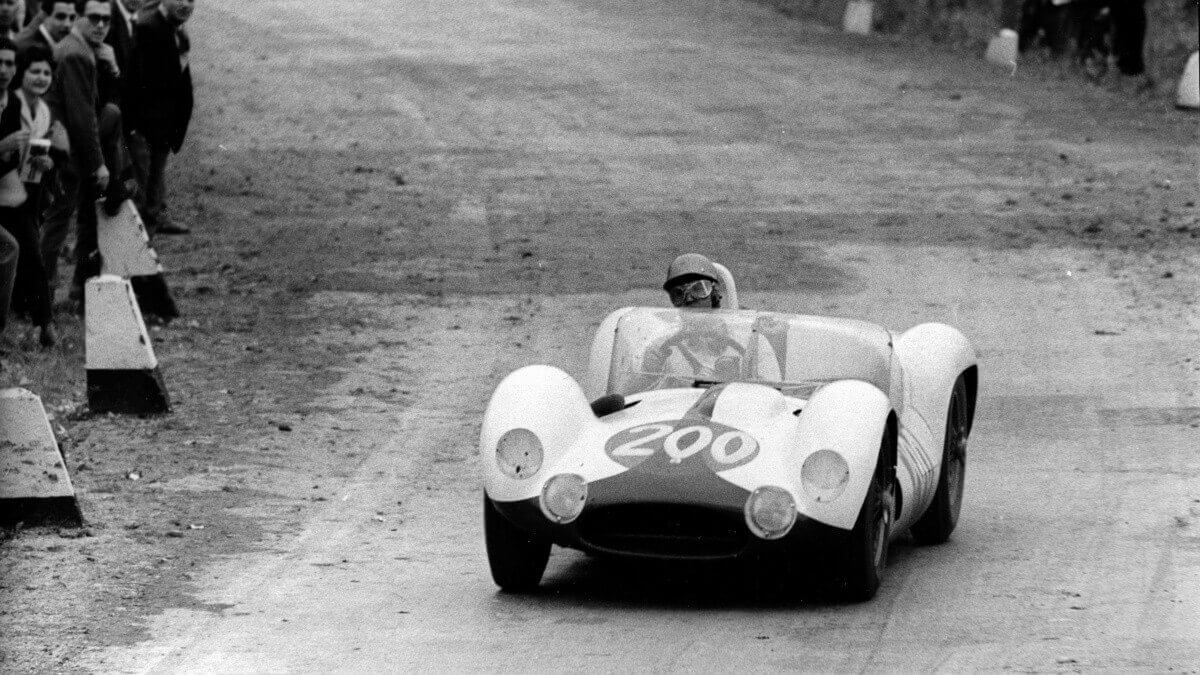 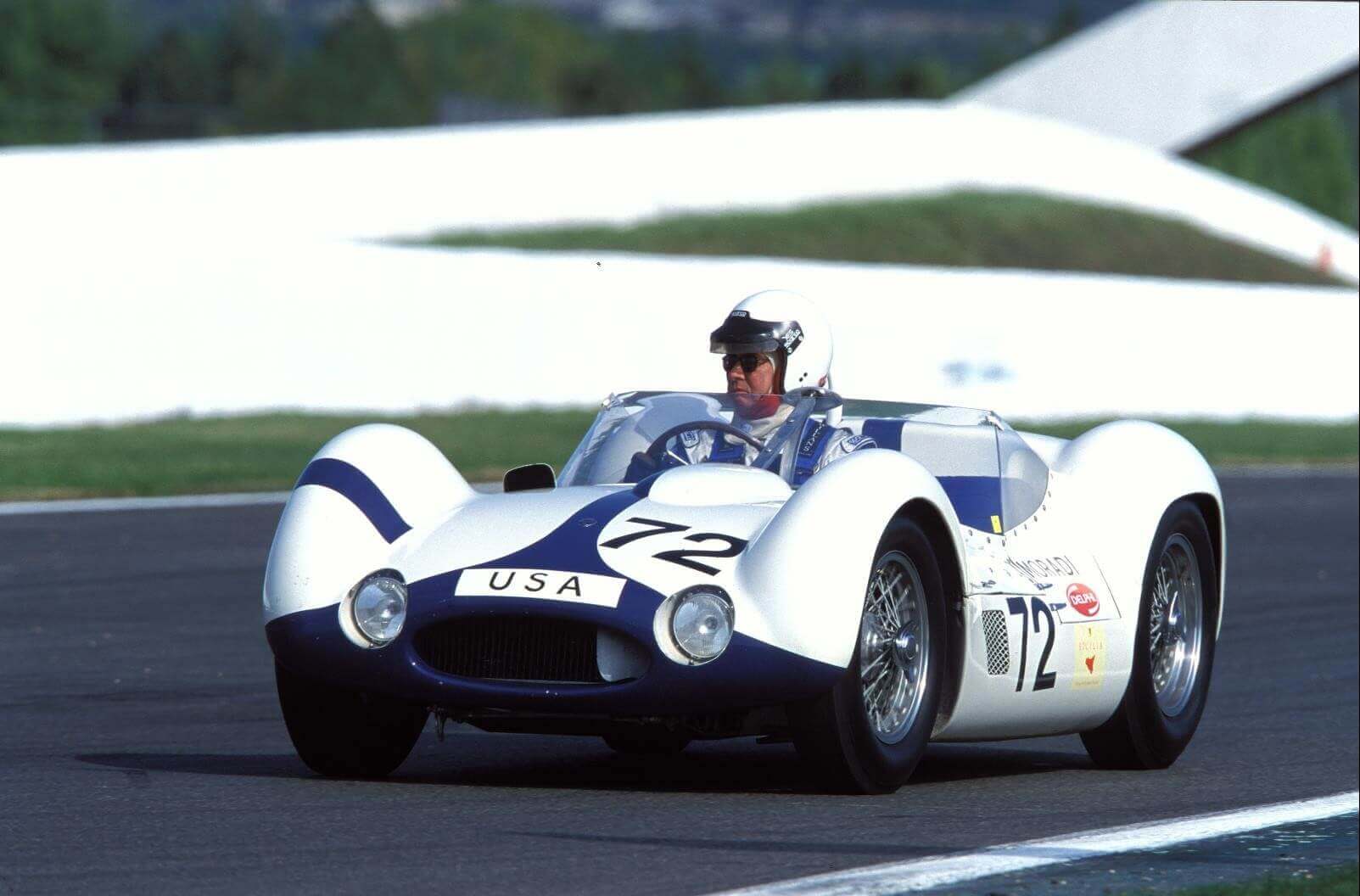 In May 1959 the first Maserati Tipo 60 ‘Birdcage’ was on its wheels. Under the close-fitting aluminium body it used a tubular frame made of completely rigid high-quality chromium steel tubes. With Stirling Moss at the wheel, the first test drives were undertaken on the Modena Aeroautodromo and at the Nürburgring. It quickly became apparent that the high torsional stiffness of the chromium steel tubes led to hairline crack at various welding points in the frame. To the surprise of most observers, Giulio Alfieri therefore had a frame built of average quality steel tubes for the second car. However, these allowed just enough play to prevent the cracks and kept the drivers safe.

Exactly 60 years ago today, on 12 July 1959, Stirling Moss competed for the first time with a Maserati Tipo 60 in a race. It was in the Sport category of a race event in Rouen/France. Despite strong competition, for example in the form of two Lotus 15, he achieved the fastest lap and won the race. It was the first victory with a Birdcage, but many more followed. Odoardo Govoni won the Italian Hillclimb Championship in 1960, 1961 and 1962, followed by his compatriot Nino Todaro in 1963. In addition, Mennato Boffa (1960) and Nino Todaro (1963) each won the Italian Circuit Championship. Despite its high purchase price, the Birdcage became the clear favorite of private teams and gentlemen drivers.

Meanwhile in the USA more and more requests were received by Maserati from teams in the 3-liter category. They saw the big potential of the car, but wished for a bigger engine with more power. Maserati developed the car into the Tipo 61, now with a 2.8-liter four-cylinder engine. The power output increased by 50 hp, while the weight also rose to almost 600 kilograms due to the larger propeller shaft required. The low fuel consumption didn’t change, which gave the Maserati an adavantage, especially in endurance racing. In the 1960 season, the factory didn’t use its own car, but supported the American team Camoradi of Lloyd Casner, who competed with two cars in the 1,000-kilometer race at the Nürburgring. The driver duo Stirling Moss and Dan Gurney won, while Masten Gregory and Gino Munaron finished third. On the long Hunaudières straight a Tipo 61 reached a topspeed of 270 kph during the 24 Hours of Le Mans. In 1961, the last two Tipo 61 Birdcage cars and three spare engines Tipo 61/76 were produced.