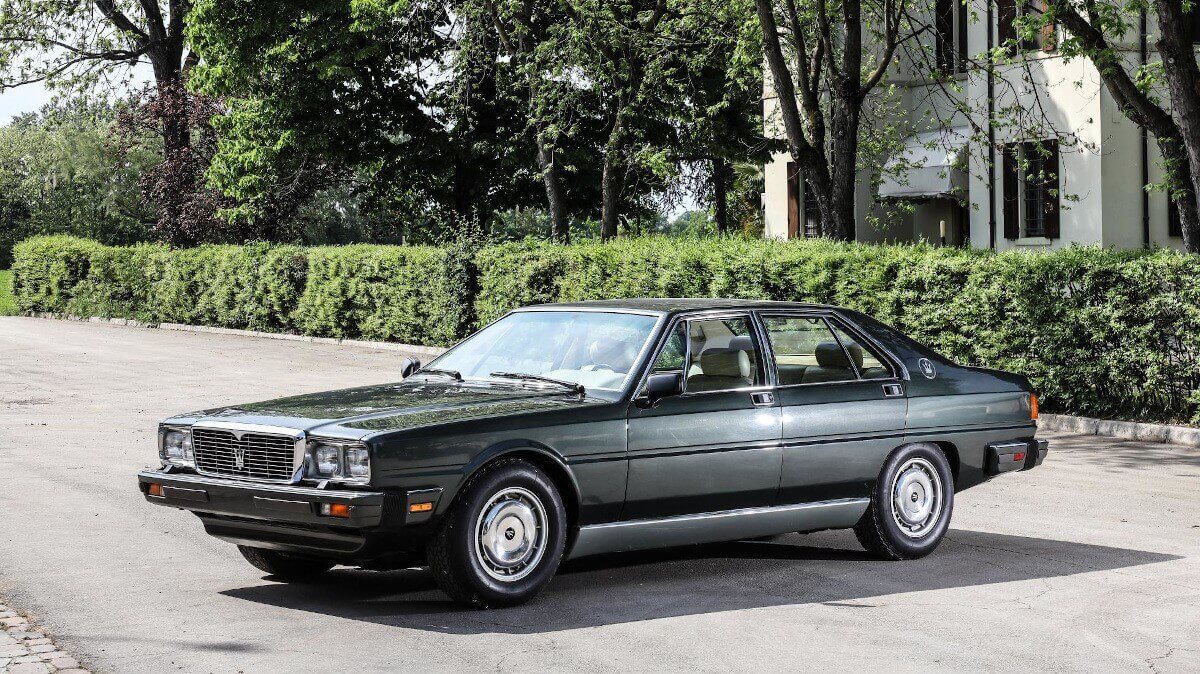 In the long and eventful history of Maserati, between 1975 and 1993, there was an era in which it belonged to the company group of Alejandro de Tomaso. The Argentinian carmaker also bought the design studio Ghia, the body shop of Innocenti and the motorcycle manufacturer Benelli. Under Citroën as the previous owner of Maserati, preparatory work on the Quattroporte II sports saloon was already well advanced. However, series production under Alejandro de Tomaso was no longer possible because he didn’t want to use the technical basics from France. So he ordered a successor model with the technical basis of the De Tomaso Deauville from the responsible engineers. However, the eight-cylinder engines already known from Maserati and an independent body styling from Giorgetto Giugiaro were used, without identical parts to the competitor from the same group. These bodies were produced in the aforementioned Innocenti factory and were then completed mainly by hand in Modena.

The chassis with wishbones and coil springs corresponded almost unchanged to the Deauville. Only the wheelbase had been extended by 30 millimeters. Power steering and disc brakes were as much part of the standard equipment as a limited slip differential with variable locking action on the rear axle. Contrary to developments at other car manufacturers at the time, Maserati offered the Quattroporte III exclusively with carburetor V8 engines, each with four overhead camshafts. The entry was a 4.2 liter V8 with 255 hp (later reduced to 246 hp). An eight-cylinder engine with 4.9 liters displacement and initially 282 hp was positioned above it. By an increase of density this value rose to 300 hp in 1986. For the power transmission, customers could choose between a manual five-speed gearbox and a three-speed automatic transmission. Although the first premiere of the Quattroporte III took place at the 1976 Turin Motor Show, it took almost three more years before production began. 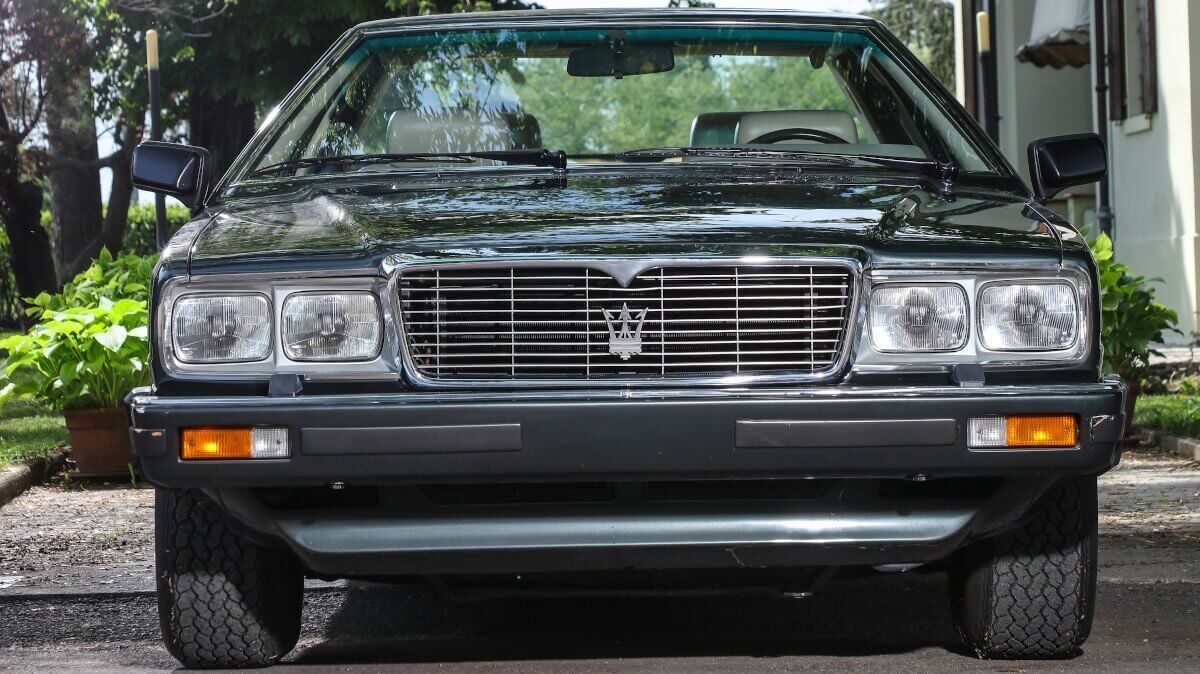 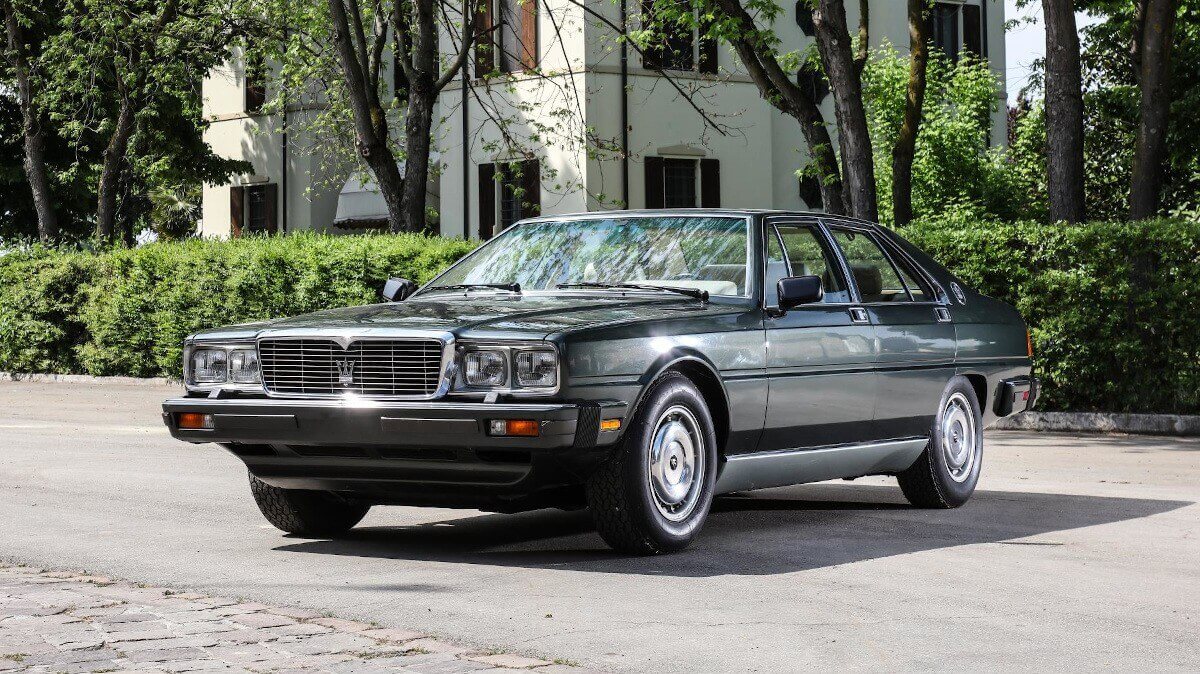 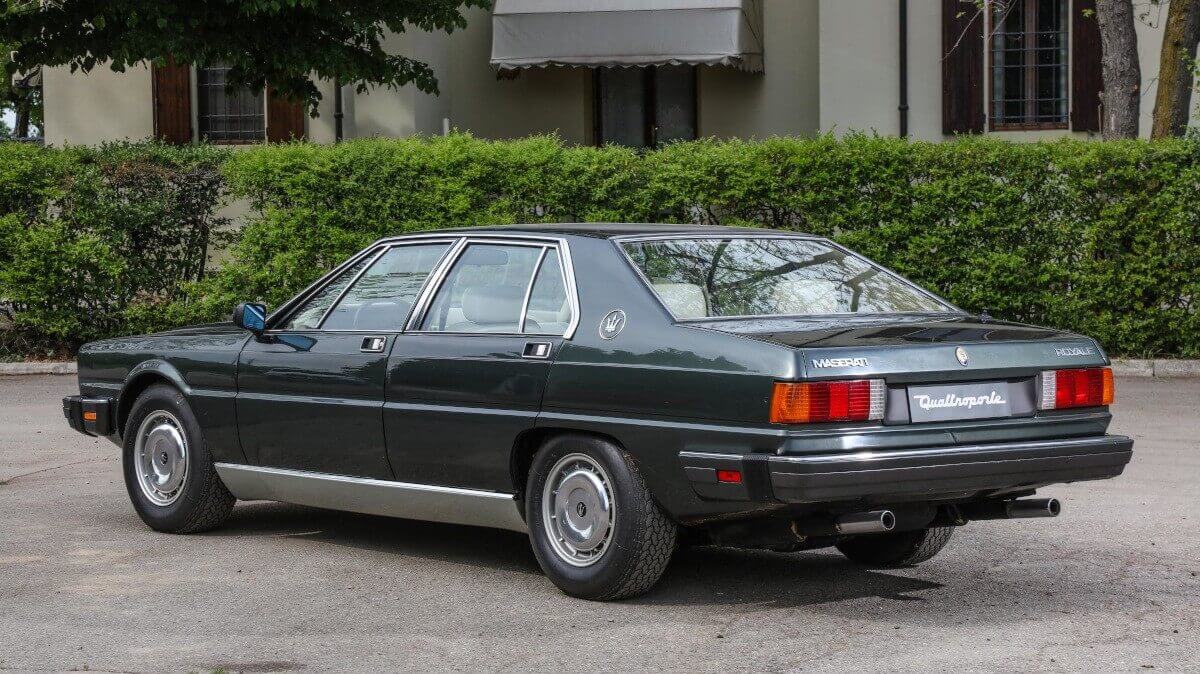 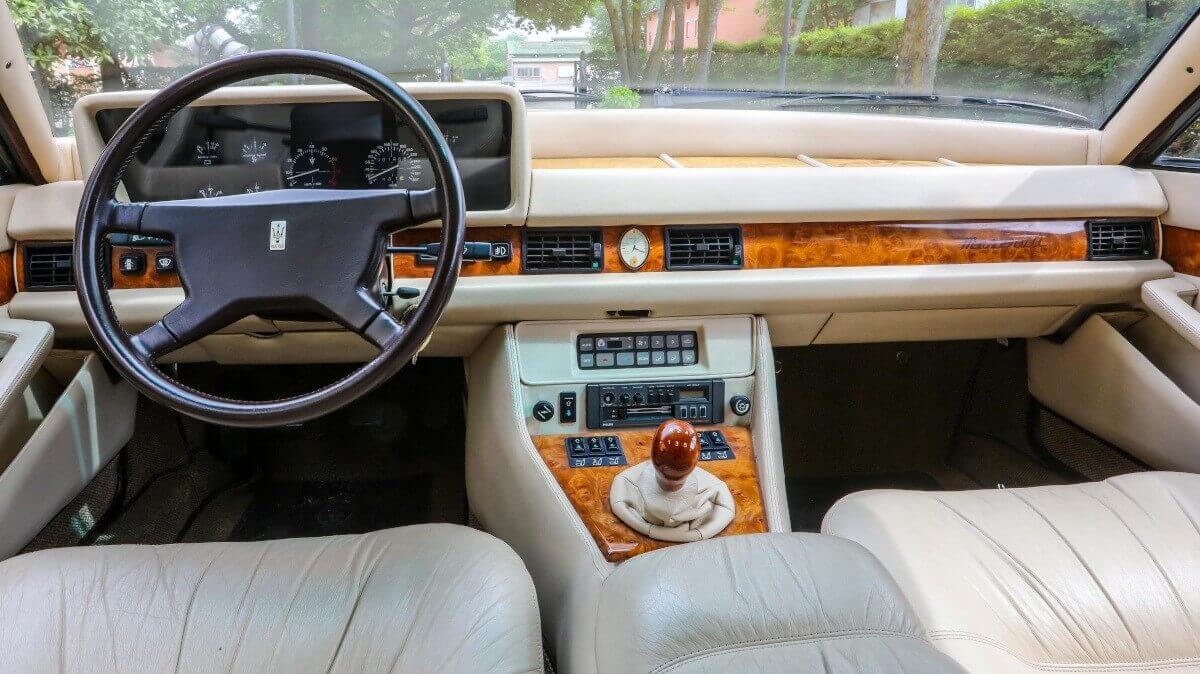 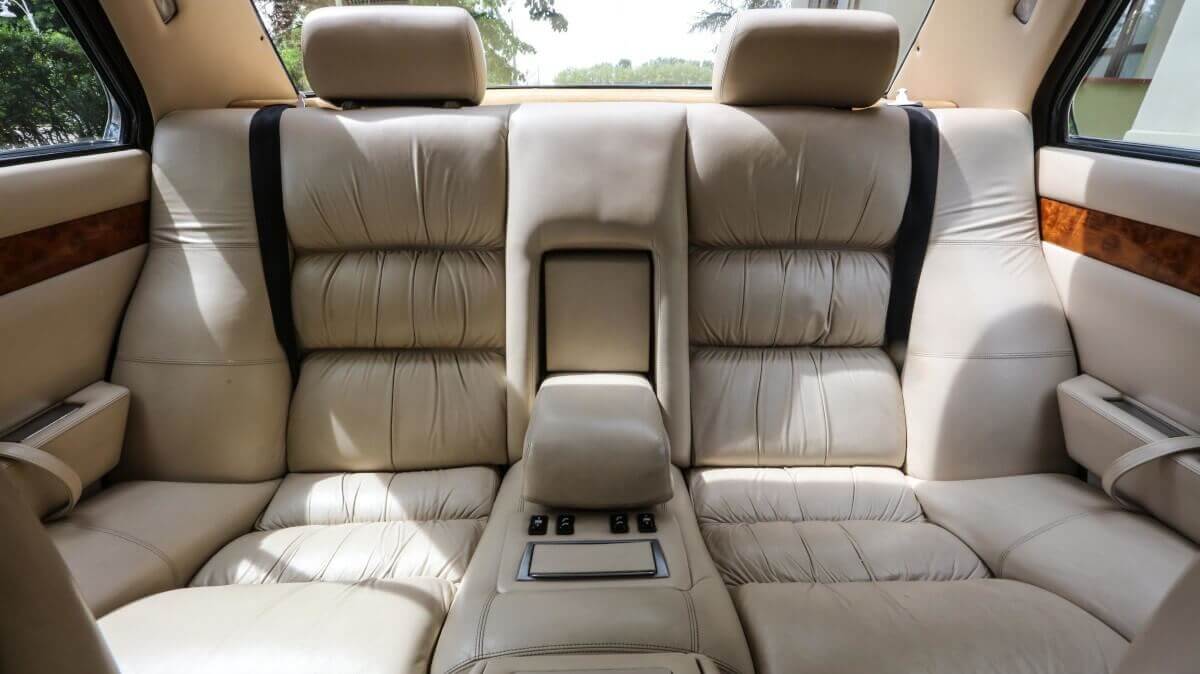 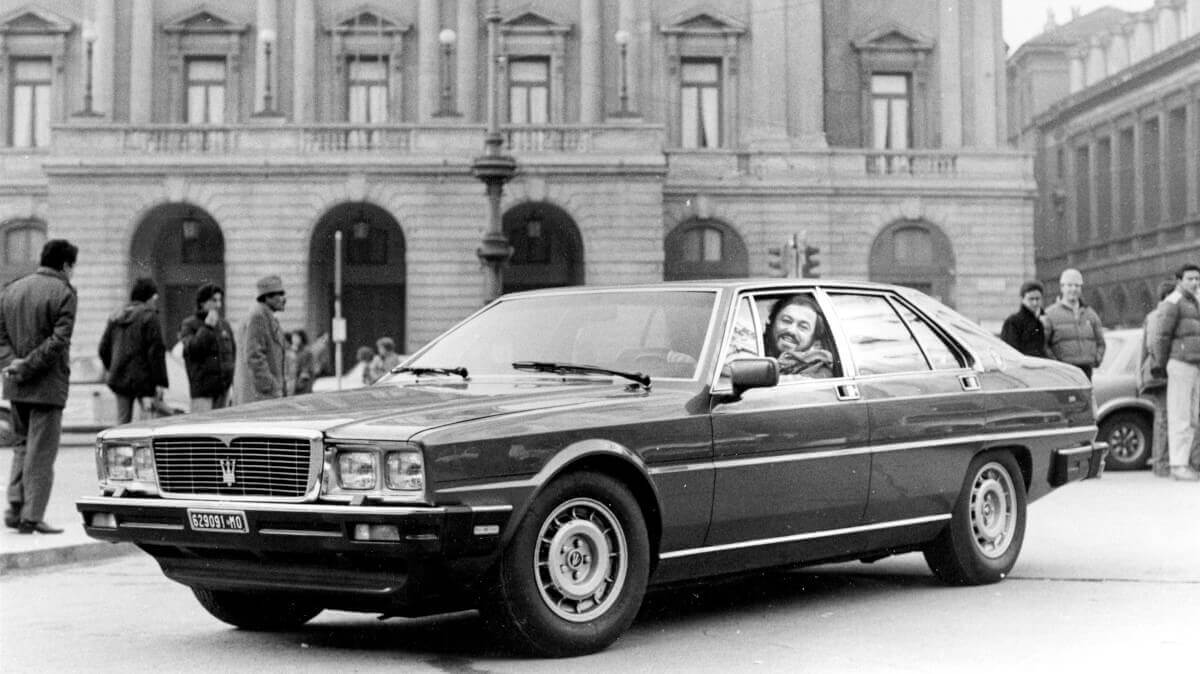 On 14 December 1979 Maserati presented the Quattroporte III to the then Italian President Sandro Pertini at the Quirinal Palace in Rome. On site were two vehicles, one with manual transmission and the other with automatic. In addition to the President of the Republic, the Minister of Industry and Trade, Antonio Bisaglia, and Alejandro de Tomaso as head of Maserati were also present. Of course, they expected an order for at least one new state limousine. However, this took until 1982 before it was sent in. The Italian government had a special request for this: armour-plating. Maserati, in cooperation with Carrozzeria Pavesi, needed a full year to build a corresponding vehicle. Then a dark blue painted Quattroporte with beige velvet upholstery went to the President’s fleet. A pipe holder with a particularly large ashtray was found between the rear seats as another special extra. Next to that, there was a small bar cabinet, a car telephone and an intercom system to communicate with people outside from inside the car. 31 millimeters thick windows and manganese steel plates provided the desired armouring. Above the rear passengers there was a specially designed sunroof that allowed the President to stand up and wave to the people.

President Pertini used this Quattroporte III for almost all official appointments in Italy. This was also the case with his visit to the Ferrari factory in Maranello on 29 May 1983. Usually the official protocol for such visits provided that the host would go to the car and open the door for the President. Due to the decades-old rivalry between Ferrari and Maserati, Enzo Ferrari stopped about ten meters away from the car and waited for the President to leave the car himself. Even today some examples of the modern Quattroporte serve as official cars of the Italian state. In addition to the President’s armoured Quattroporte III, Maserati offered the more exclusive Quattroporte Royale in low-volume production from 1986. From the outside there were only minor differences. Only the 300 hp strong V8 was available for this version. Inside it offered folding picnic tables in the rear door panels, a refrigerator between the rear seat backrests as well as even more comfortable upholstery. Only 51 units were produced until 1990, when production of the Quattroporte III ended after a total of around 2,200 units. Pavesi converted two or three of them into two-door Coupés with unchanged outer length. Famous first owners of a Quattroporte III included Luciano Pavarotti, Peter Ustinov and Malcolm Forbes.