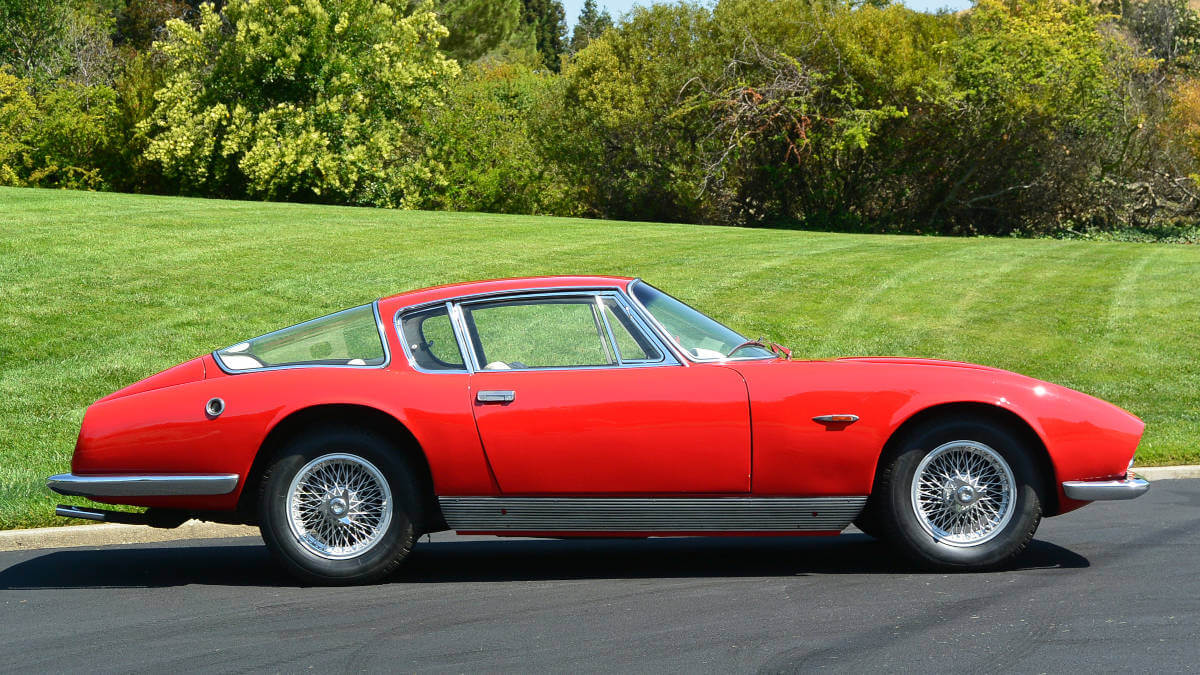 In the mid-1950s, Maserati decided to take an important step in the company’s history. In addition to the pure-bred racing cars that had been developed and built up to that point, there were finally to be road-going sports cars. With the A6 and all following model variants up to the A6G/53, the first steps in this direction had been made. But it wasn’t until 1957 that the 3500 GT took the step towards a pure road sports car. The name was derived from the 3.5-liter inline six-cylinder engine. This had previously powered the 350S racing car. For everyday road use, the engineers increased the stroke via a new crankshaft. In addition, a timing chain replaced the gear drive of the camshafts used in the racing engine. Thanks to three Weber twin carburetors, between 220 and 230 hp were available. From 1962, the 3500 GTI with Lucas injection and 235 hp was available on request.

Modifications in the course of production

Underneath the Touring-designed coupé body is a tubular frame chassis. This design was widely used at the time. It offered advantages in both weight and torsional rigidity over conventional self-supporting bodies or the common platform frames with attached superstructures used until shortly after the war. While the front wheels were already independently suspended, a rigid axle continued to work on leaf springs in the rear. In addition, there were exclusively drum brakes in the first two years of production. From 1959, it was possible to order optional disc brakes for the front axle, which were finally added to the standard equipment in 1960. Power transmission was handled by a four-speed and then a five-speed manual gearbox. A few examples received a three-speed automatic from BorgWarner at special customer request. Although Touring presented a Spider version in 1958, Maserati ordered the open-top version of the 3500 GT at Vignale. They showed the Spider with shorter wheelbase in 1959. 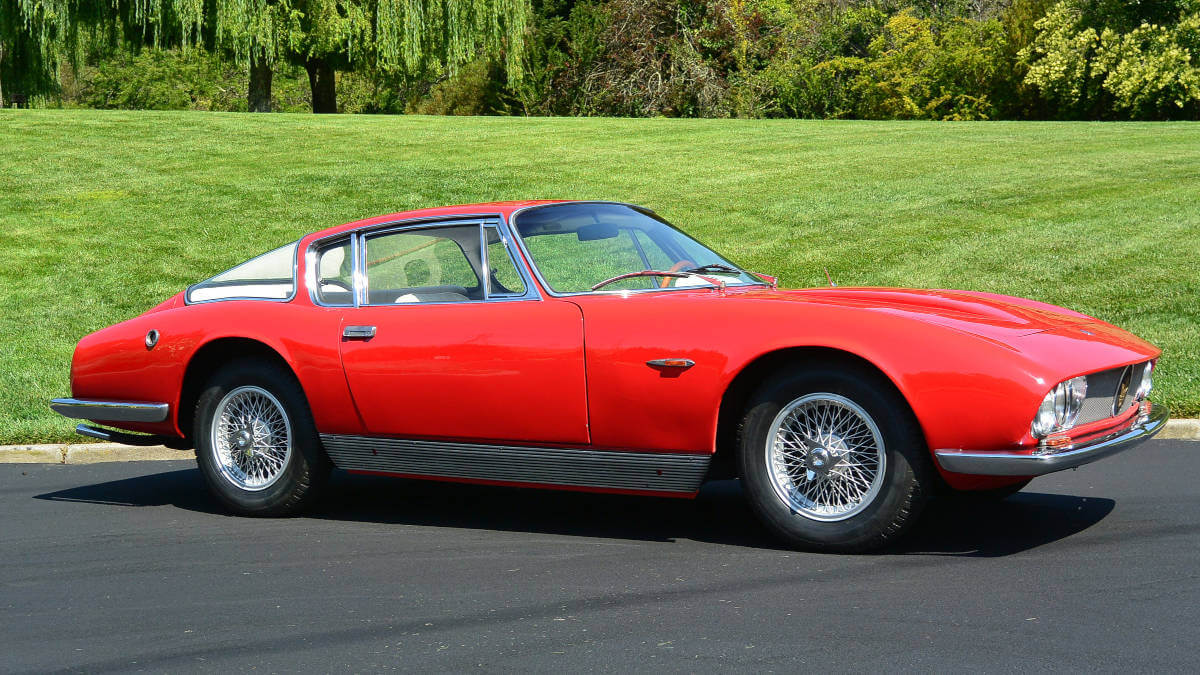 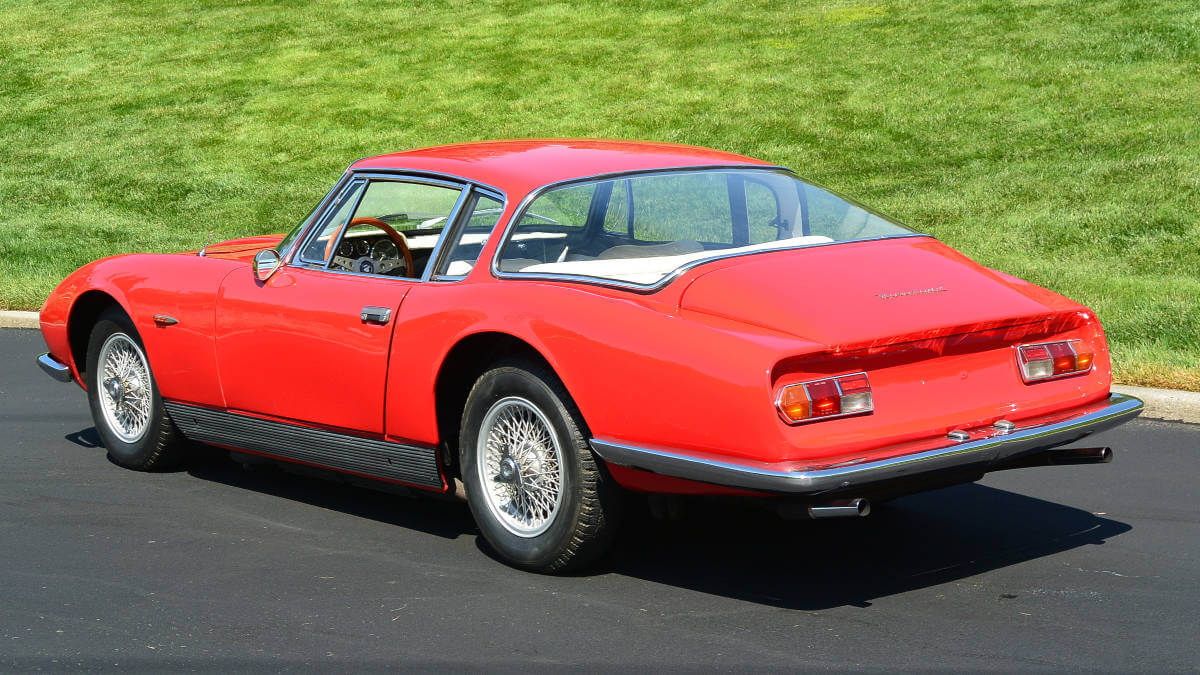 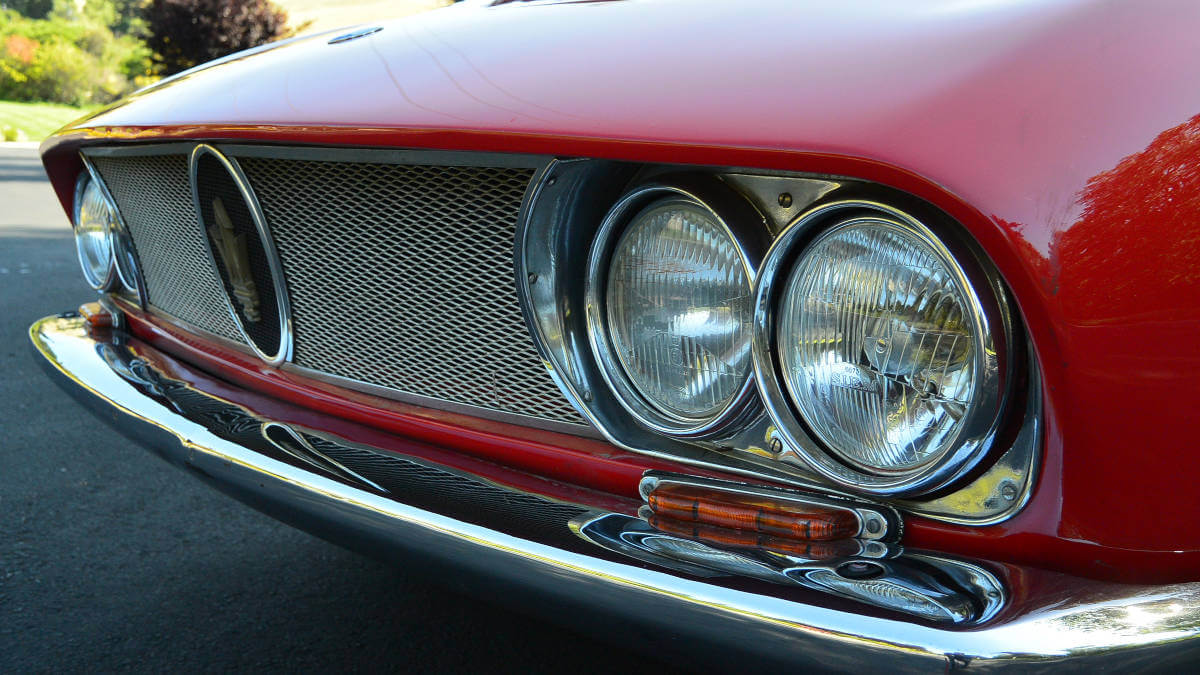 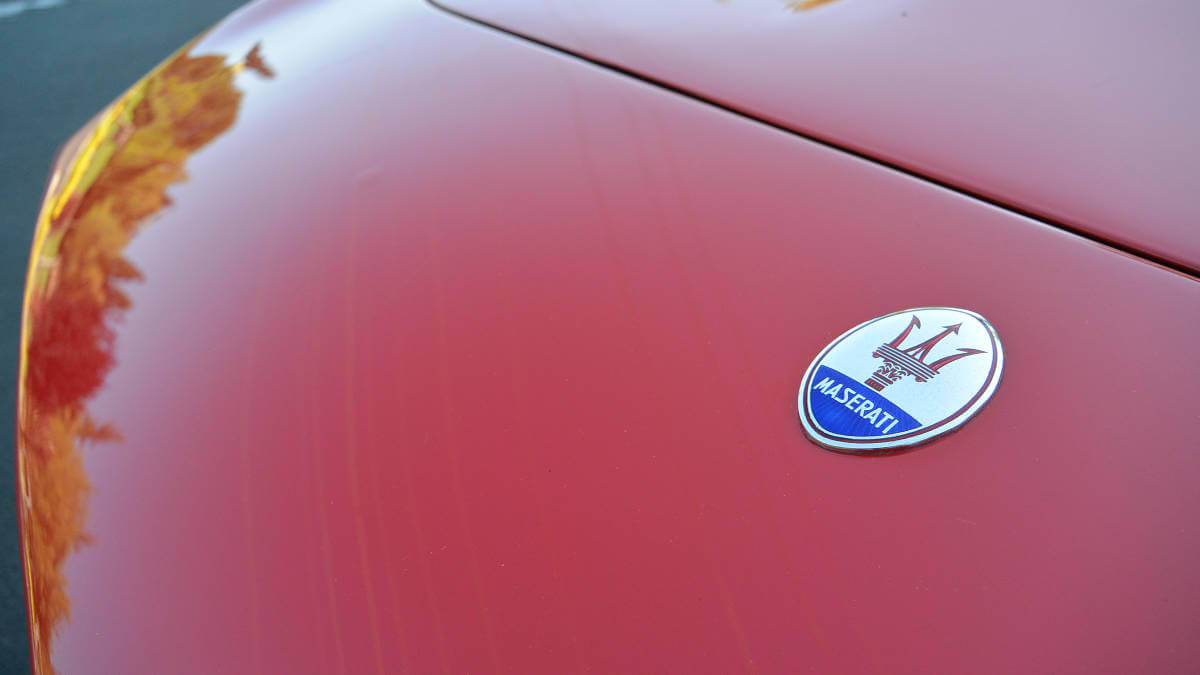 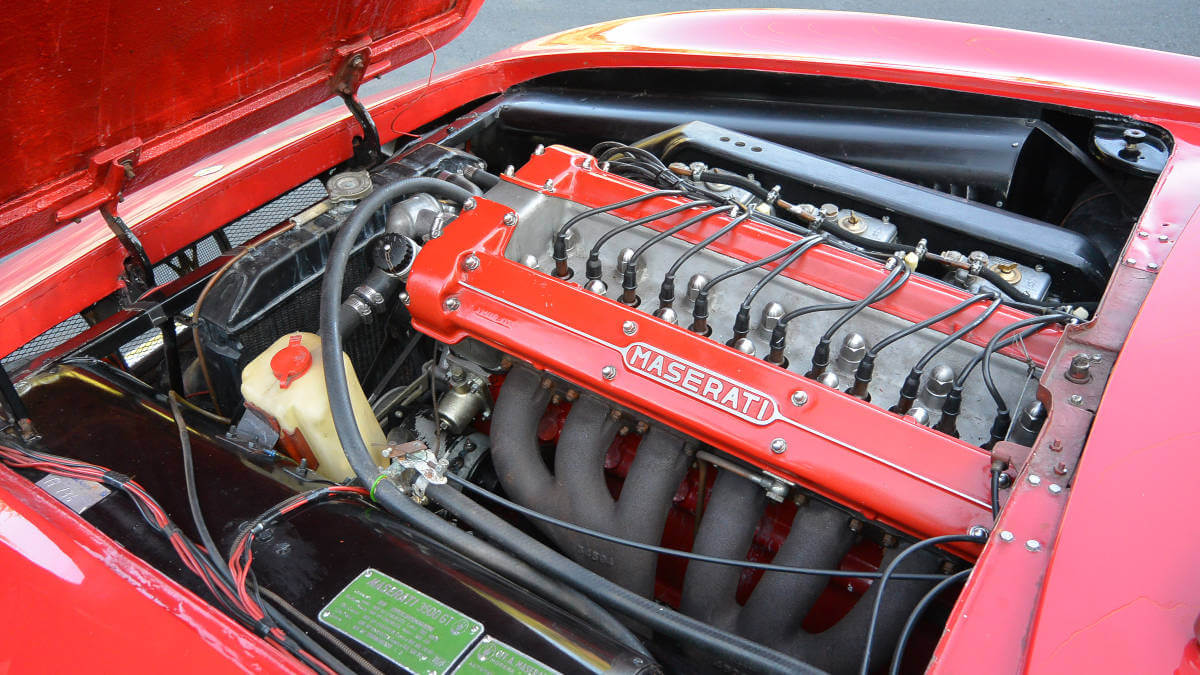 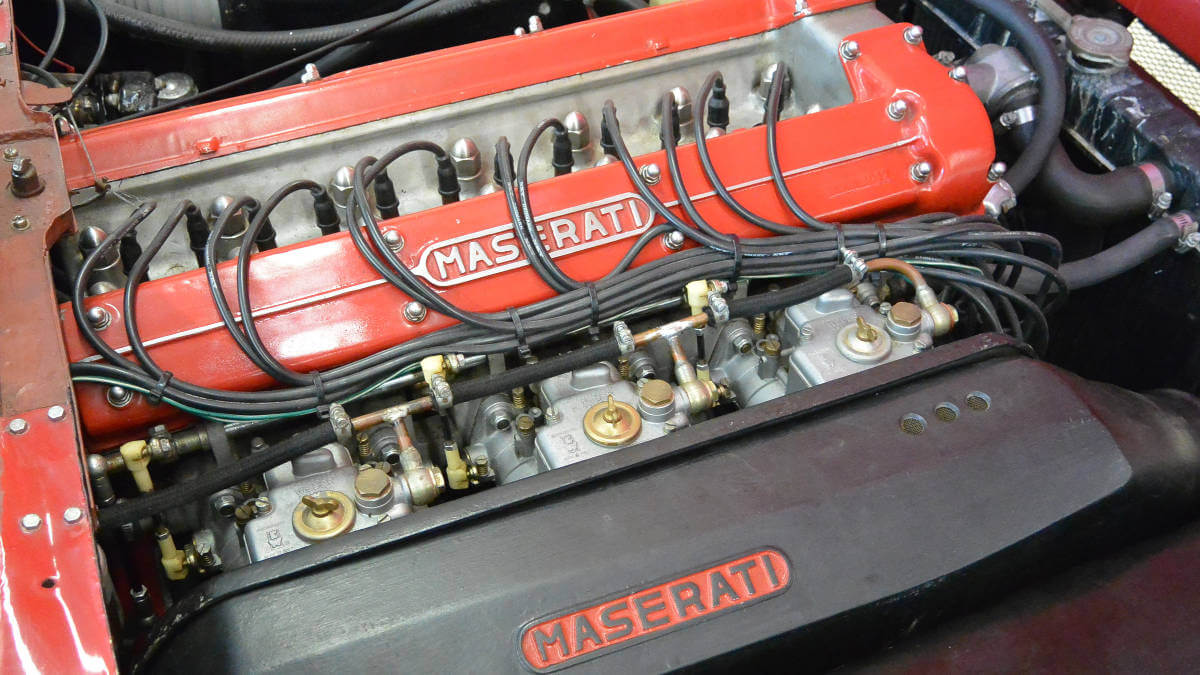 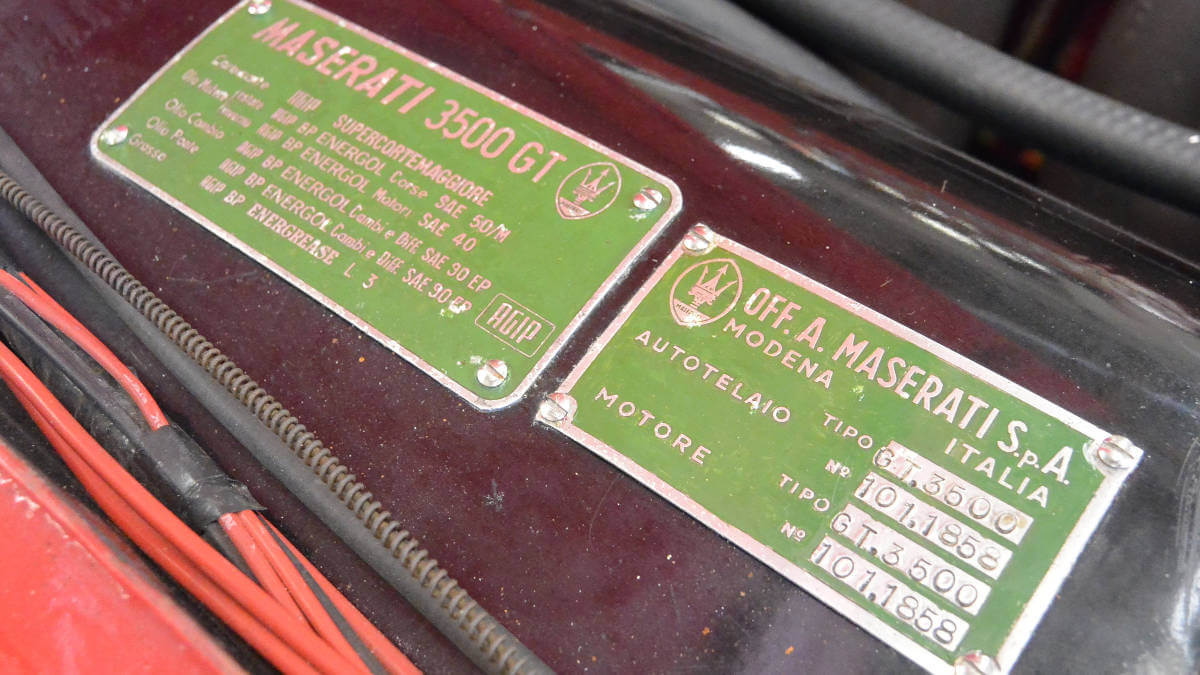 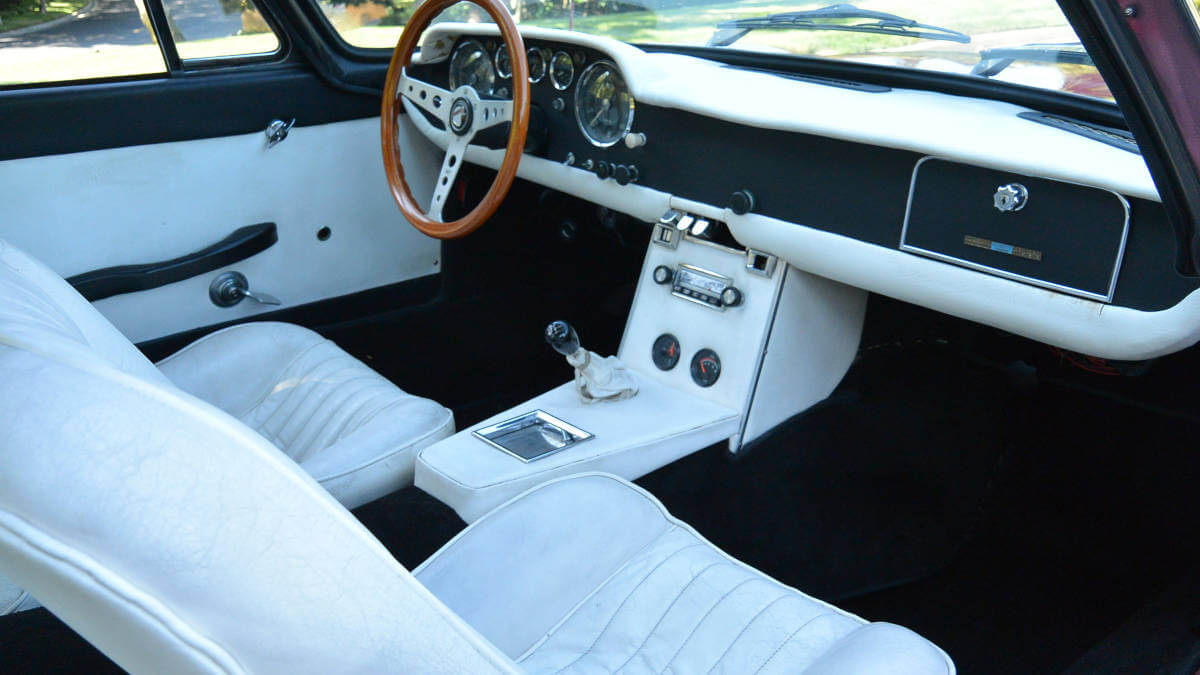 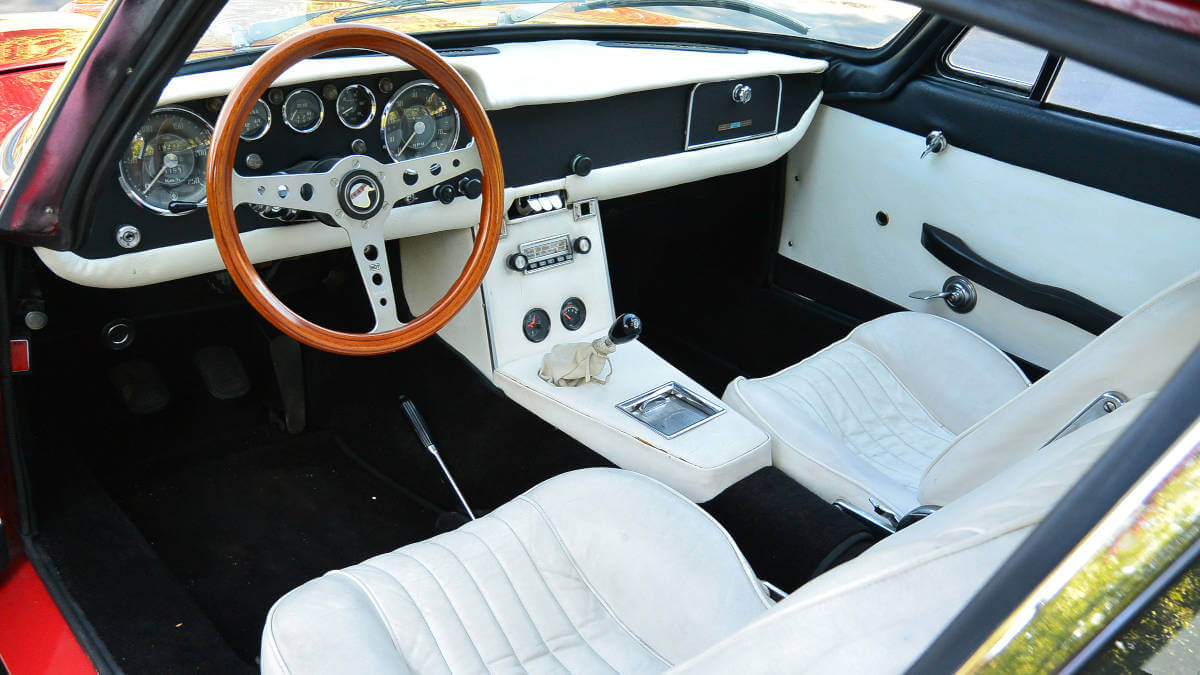 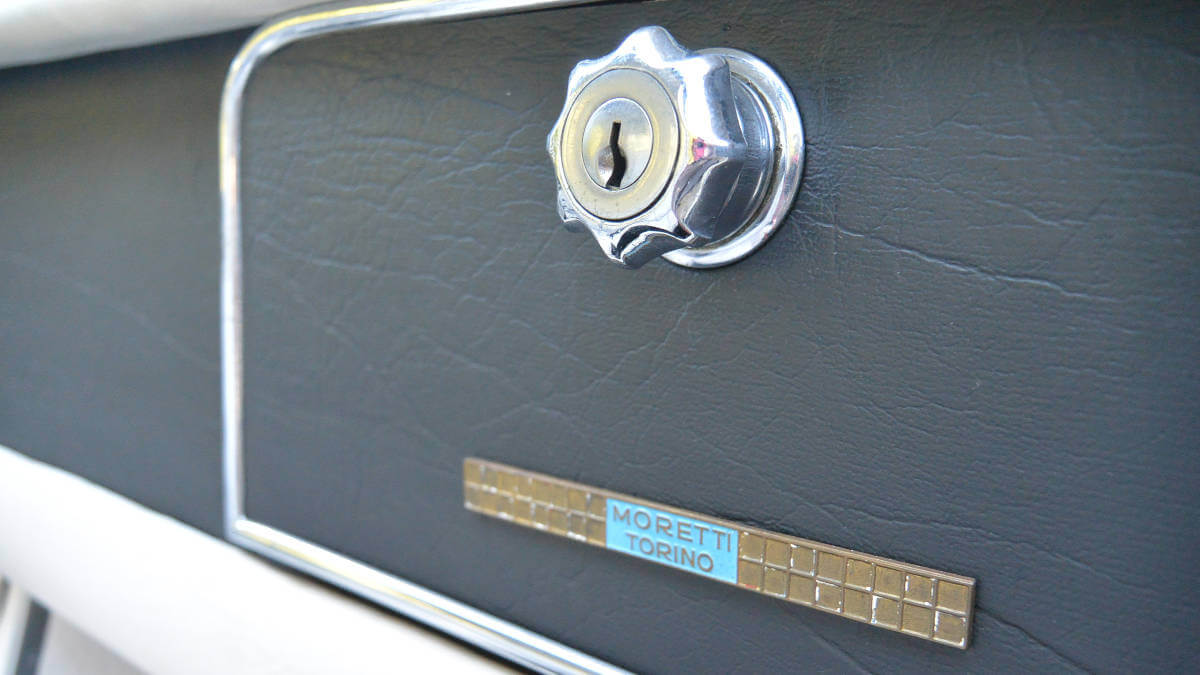 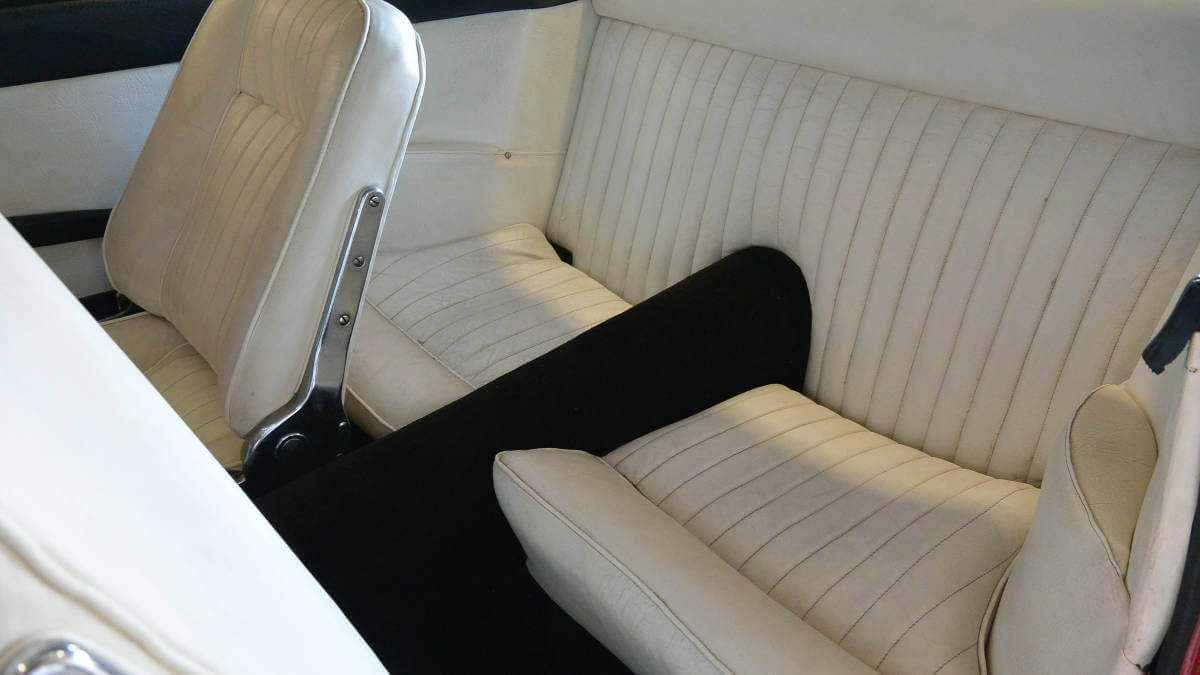 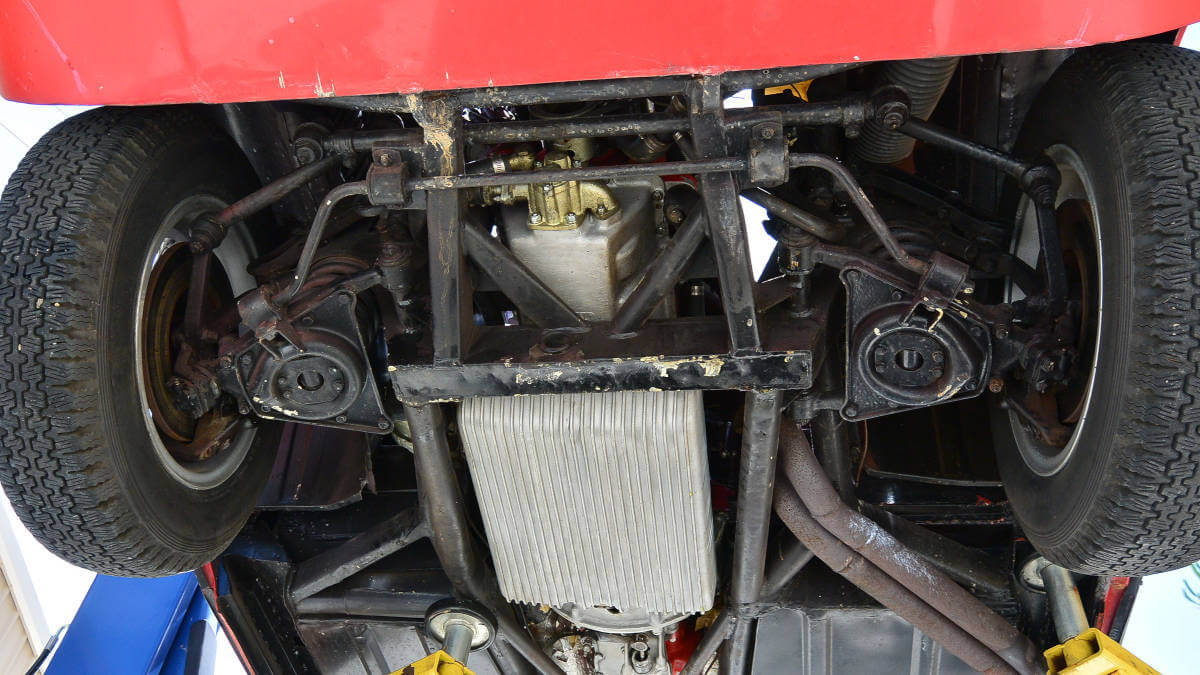 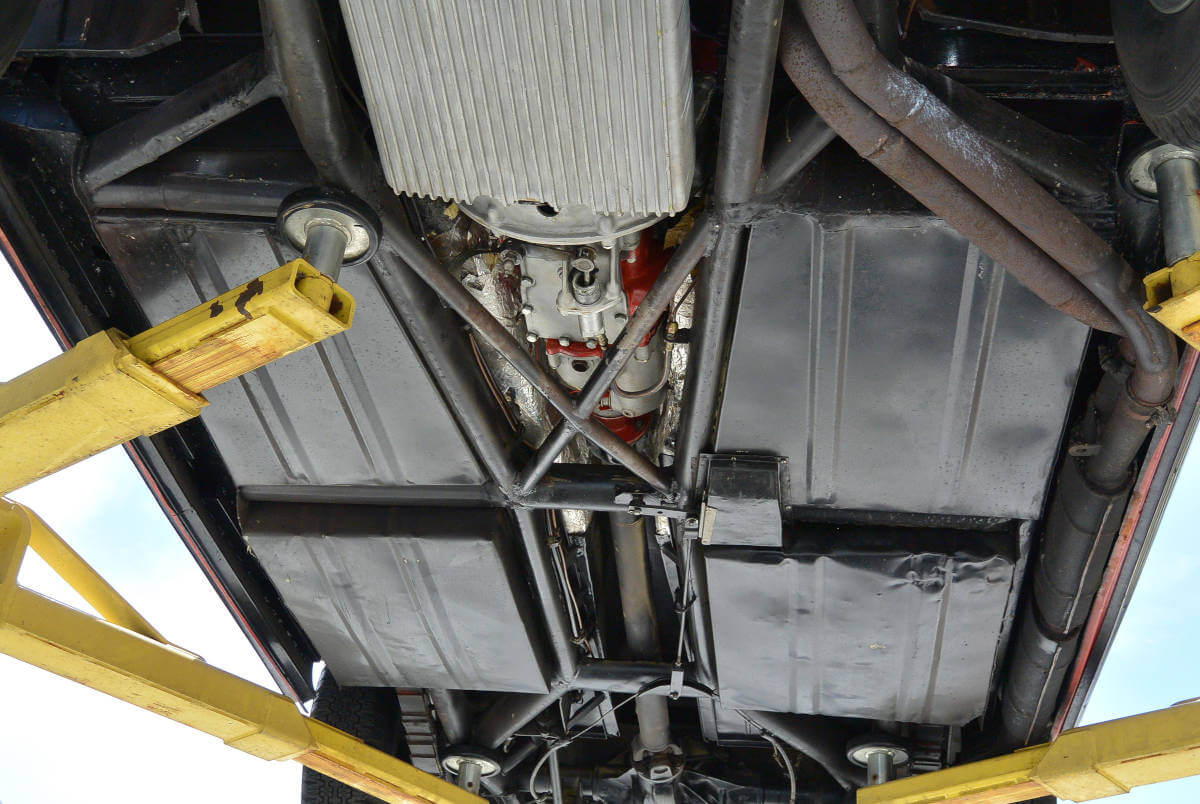 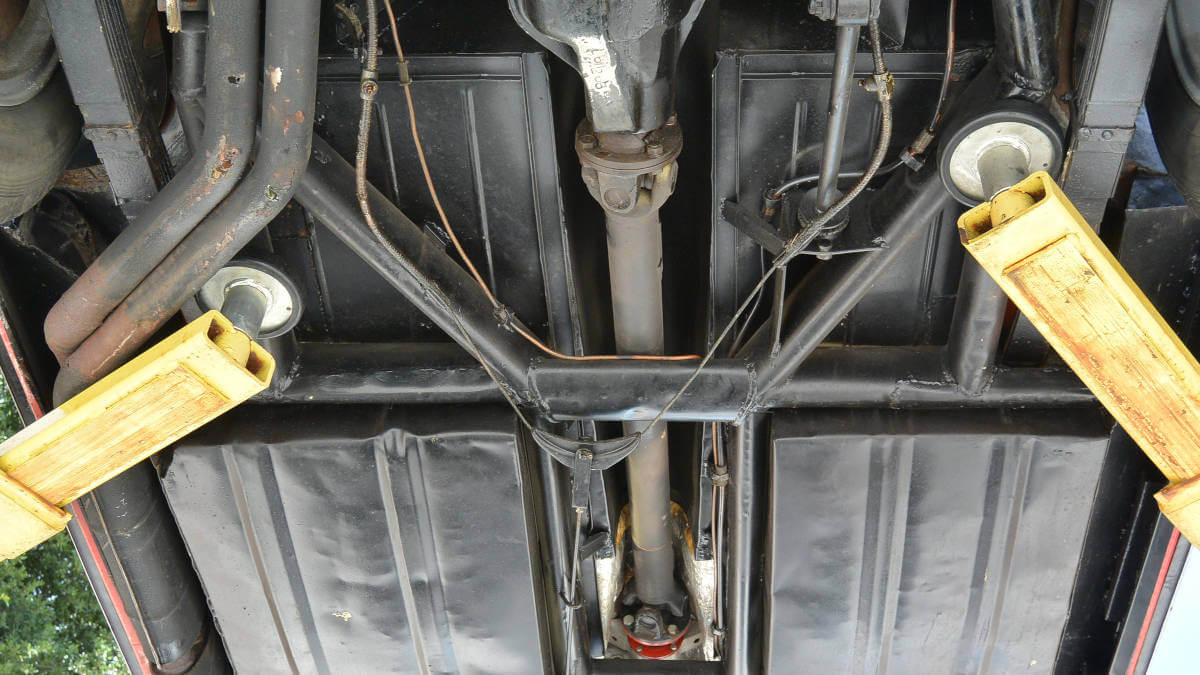 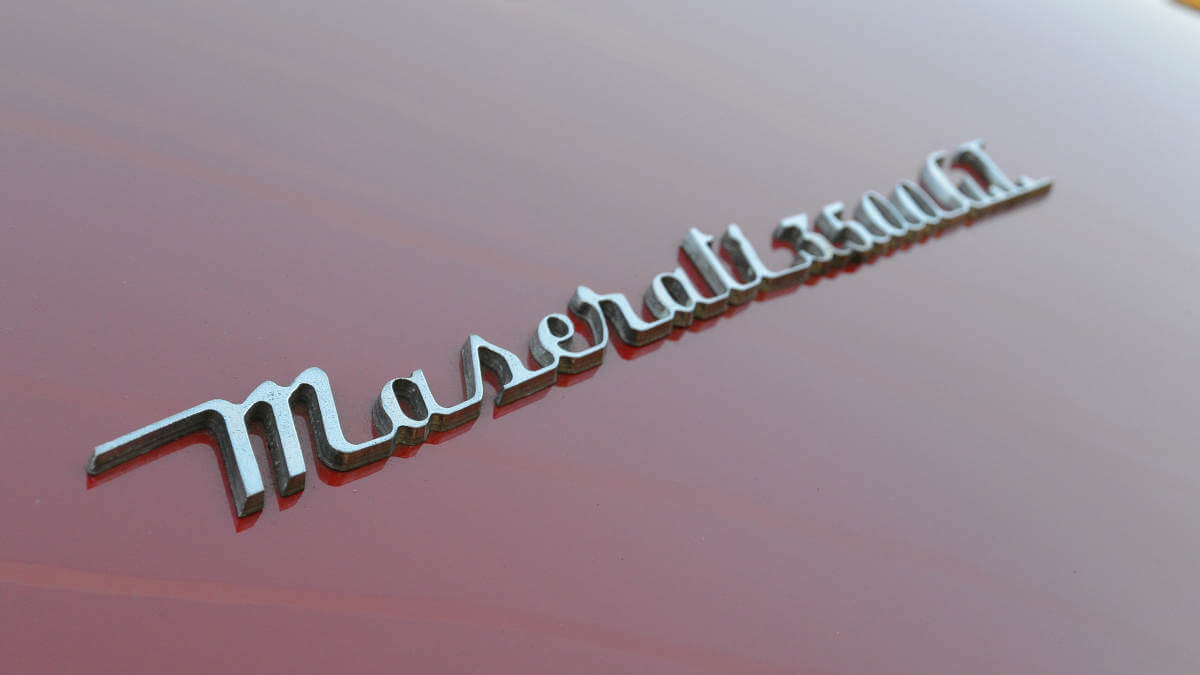 The use of the very rigid tubular frame also allowed external coachbuilders to implement their own designs based on the Maserati 3500 GT. Bertone, for example, designed a 2+2-seater coupé. Boneschi created two coupés with panoramic windscreens. In addition, there was a unique Spider by Pininfarina. Four cars each were produced by Allemano and Pietro Frua, the latter also created a Spider. When production of the 3500 GT was discontinued in 1964 in favor of the further developed 3500 GTI S (later renamed “Sebring”), interest in special bodies also came to a halt. However, in 1965 there was a final conversion at Moretti in Turin. This was based on an accident-damaged customer car from Denmark that had left the Maserati factory in Modena in 1962 as a normal coupé. Instead of simply having the car repaired, the owner at the time decided to have an independent fastback body built at Moretti.

Moretti existed from 1925 to 1989, originally producing light two-wheelers and commercial vehicles based on them. With a motorcycle engine and seating for three, the first automobile in the brand’s history, the Moretti 500, appeared a year after its founding. During the war, electronic utility vehicles were produced for the Italian army. The company then returned to the production of civilian passenger cars. Unlike other small-series manufacturers of the era, Moretti developed not only the bodies themselves, but also chassis and engines. However, this resulted in relatively high selling prices compared to the competition. For this reason, the company abandoned its own developments at the end of the 1950s and instead built its own bodies on Fiat platforms. The design was mostly done by Giovanni Michelotti. Around 1960, his employee Dany Braward took over the work for Moretti. He also created the body for the unique Maserati 3500 GT, which made its debut at the 1966 Geneva Motor Show.

Contemporary pictures from the Geneva Motor Show show the car in a dark red hue. Shortly thereafter, it was seen in traffic with Danish license plates. Unfortunately, nothing further is known about its early history with the first owner. It wasn’t until the 1980s that the Maserati resurfaced with a German car collector. The well-known collector Alfredo Brener bought the 3500 GT with the chassis number AM101.1858 from him in 2000. A light restoration including repainting to a lighter red followed in the USA. At the moment, the unique car is in the workshop of the classic car dealer Blackhawk Collection and is being restored again. The coupé will then be put up for sale.