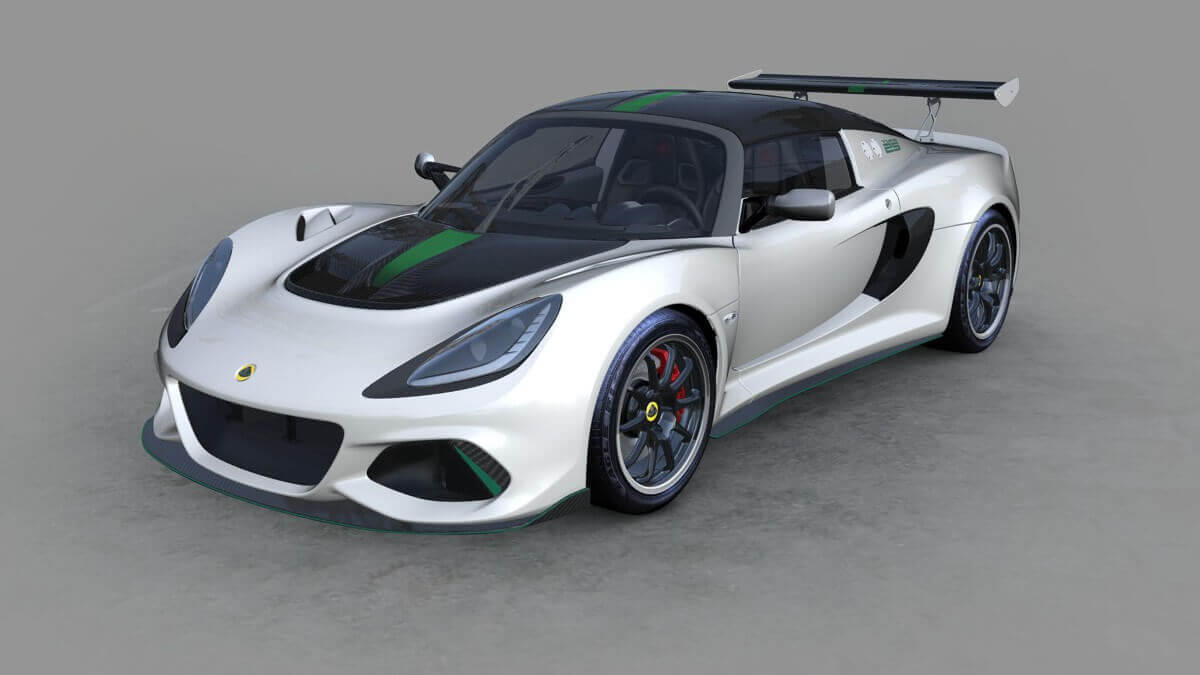 With the Type 25 Lotus revolutionized the Formula 1 cars between 1962 and 1967. Drivers like Jim Clark, Richard Attwood, Chris Amon or Mike Hailwood drove this very first monocoque F1 car from success to success, including the very first team worldchampion title for Lotus. Now the Brits remember this racecar with the new Exige Cup 430 Type 25 of which 25 cars will be built and delivered to customers.

As most powerful variant of the Exige range the Cup 430 has been debuted last year. Under its carbon hood lies the known V6 supercharged engine with 3.5 litres displacement and intercooling system, which delivers 436 PS and 440 newtonmeters of torque in this version. Combined with its manual six speed gearbox the car accelerates in 3.2 seconds from zero to 60 mph and is able to reach up to 180 mph topspeed. At the 2.2 mile long test track near the factory in Hethel it reached a laptime of 1:24,8 minutes. It comes with a six step traction control system, three-way adjustable dampers from Nitron and adjustable front and rear anti-rollbars from Eibach as well as Michelin Pilot Sport Cup 2 tires in 215/45 ZR 17 (front) and 285/30 ZR 18 (rear). 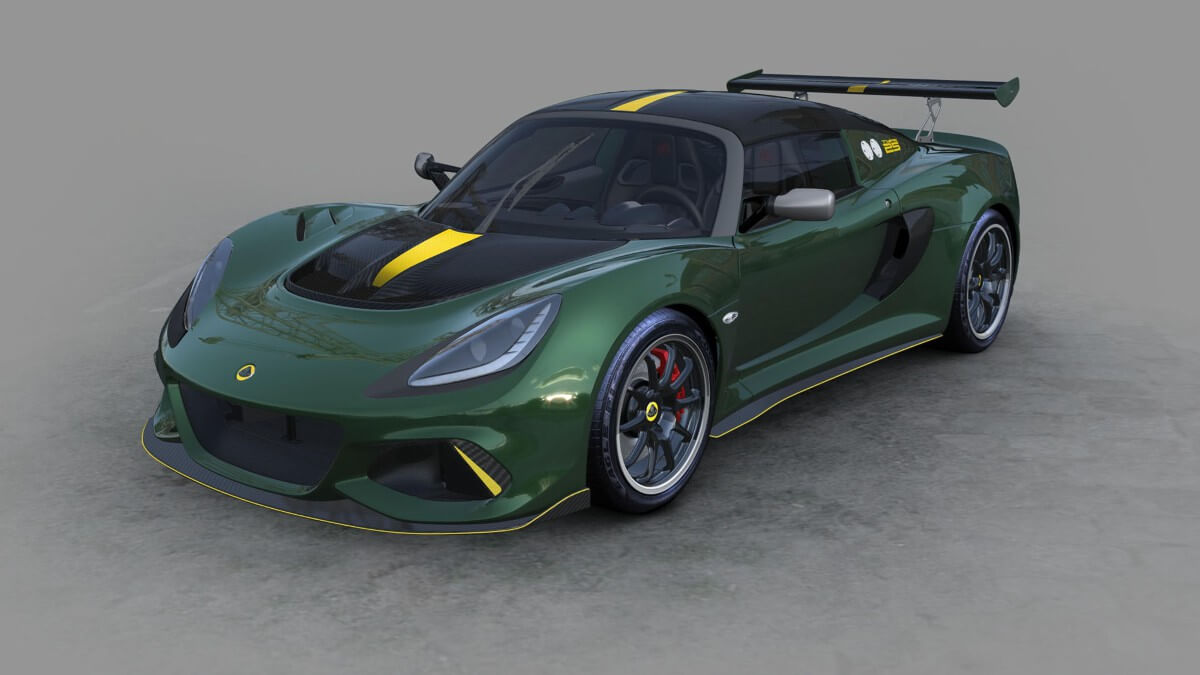 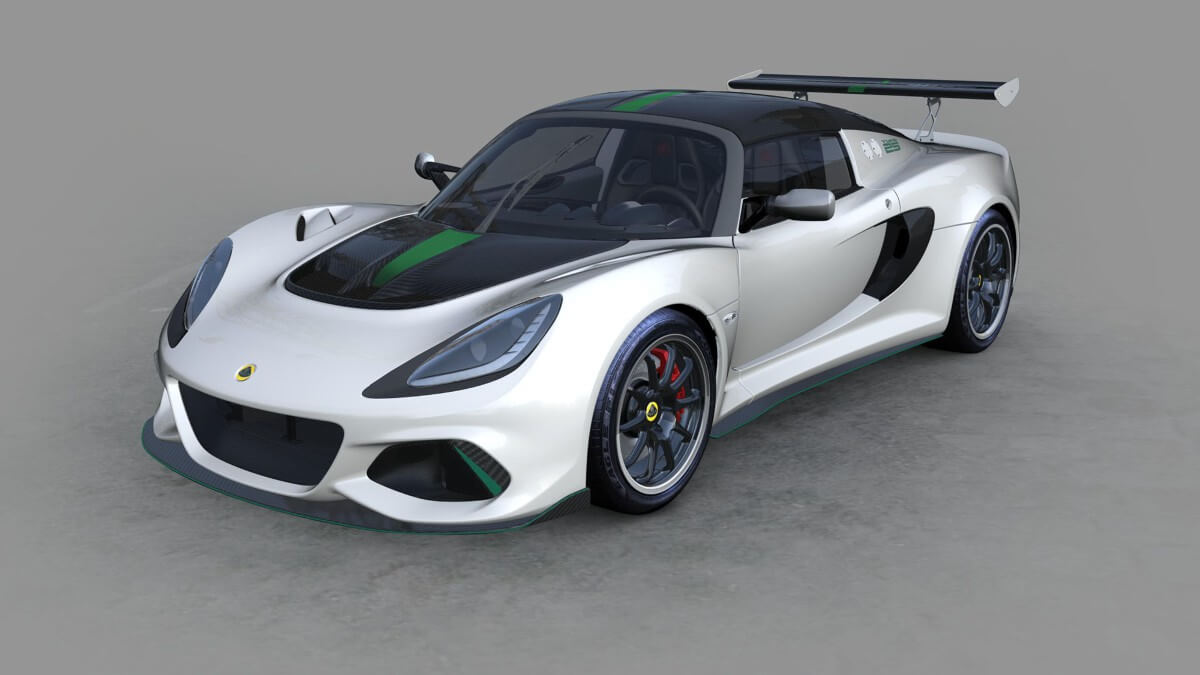 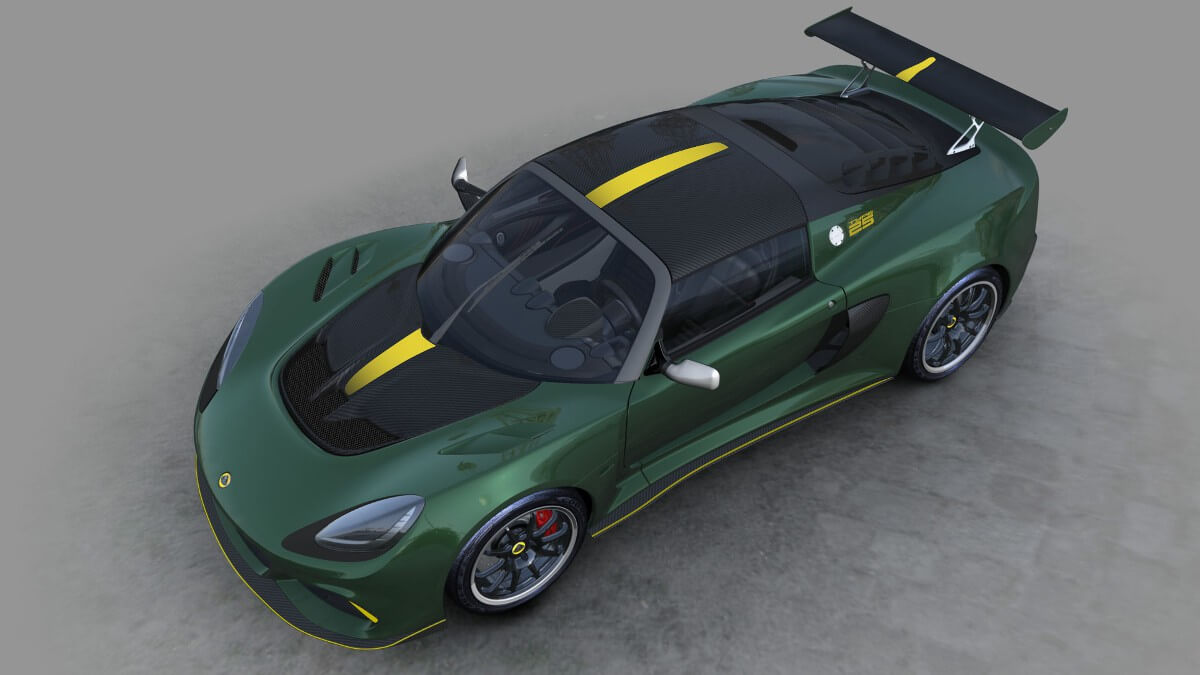 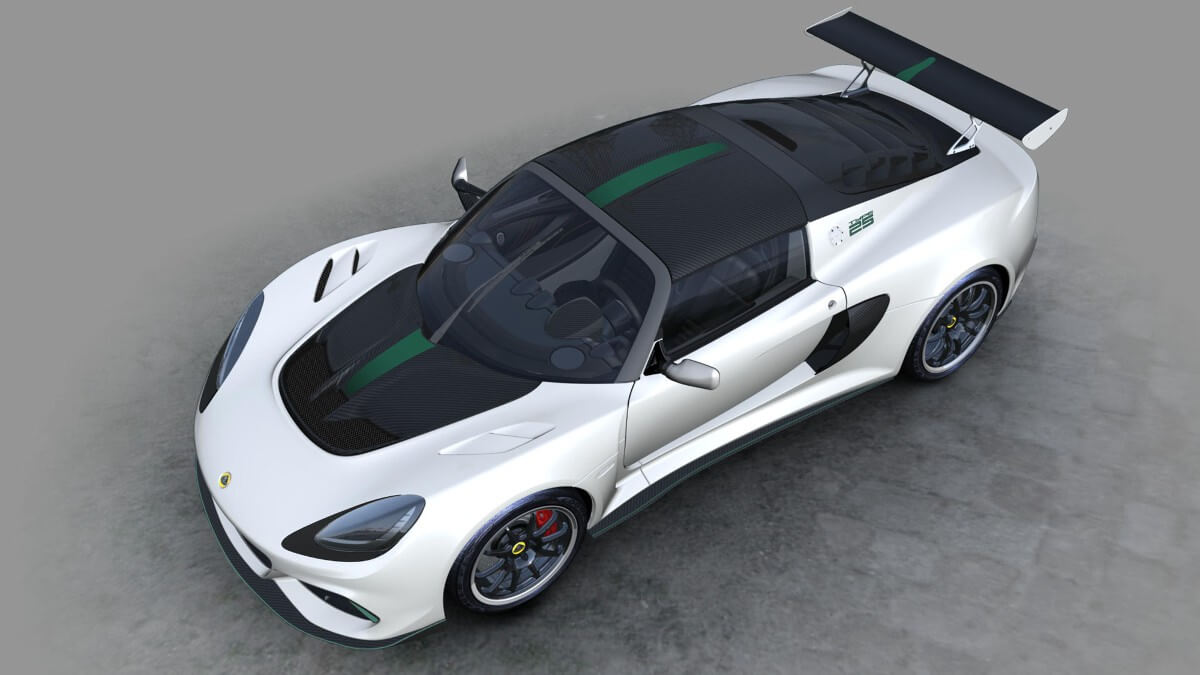 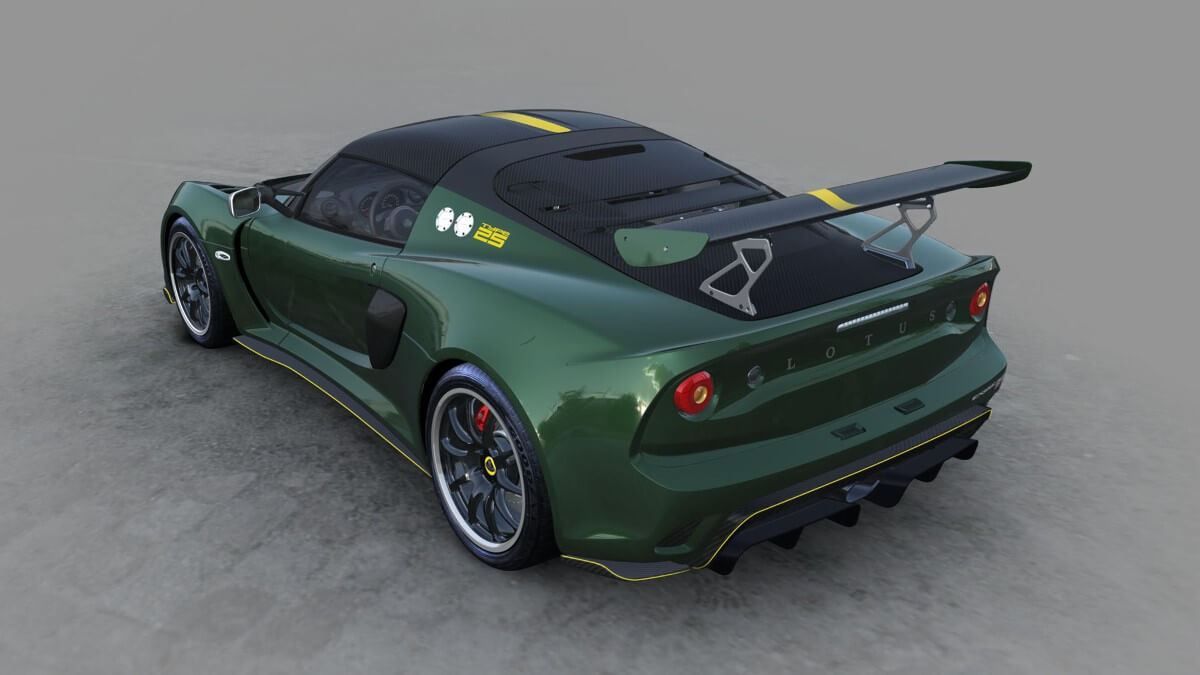 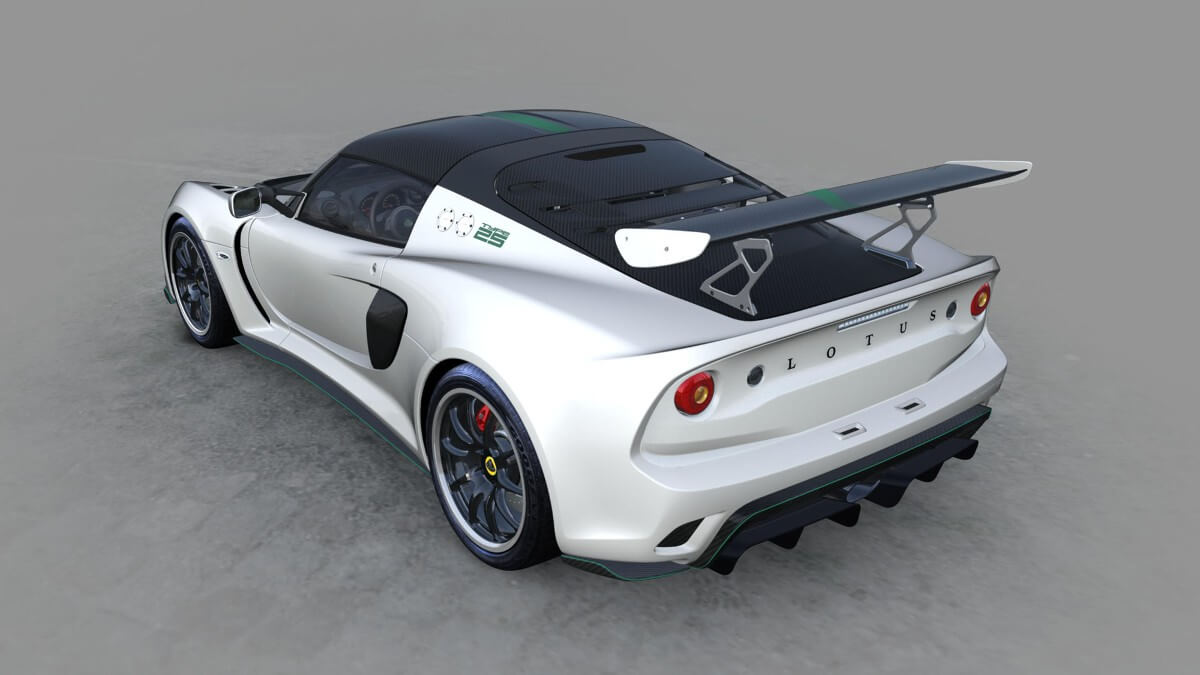 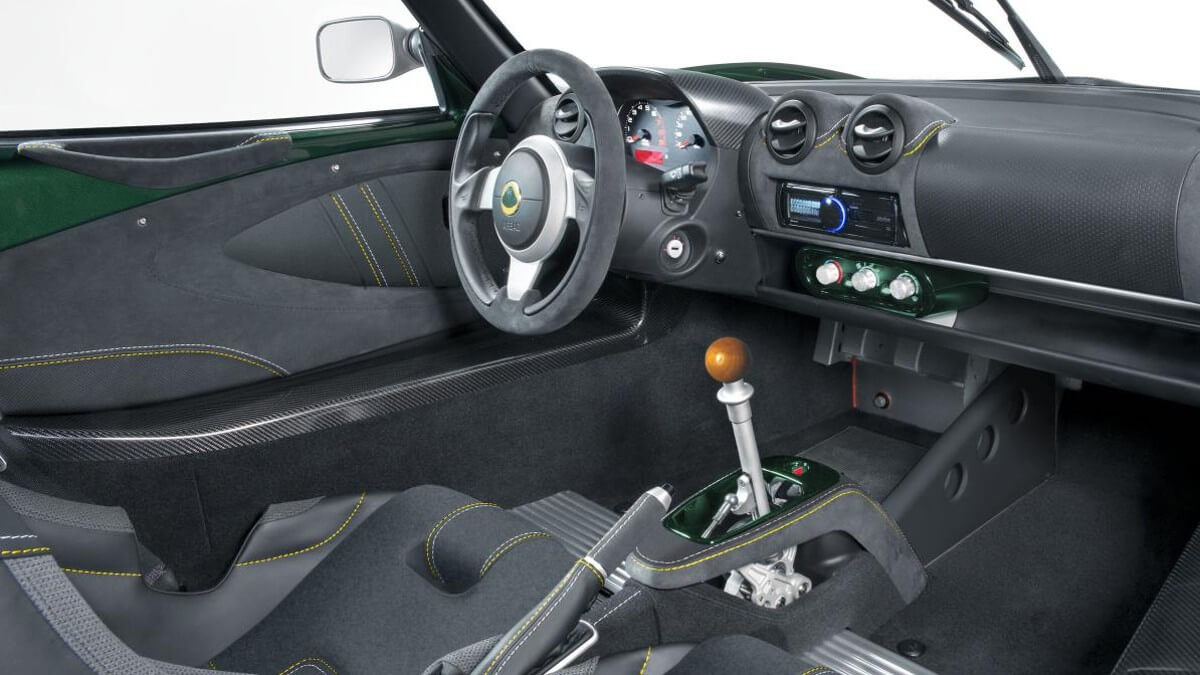 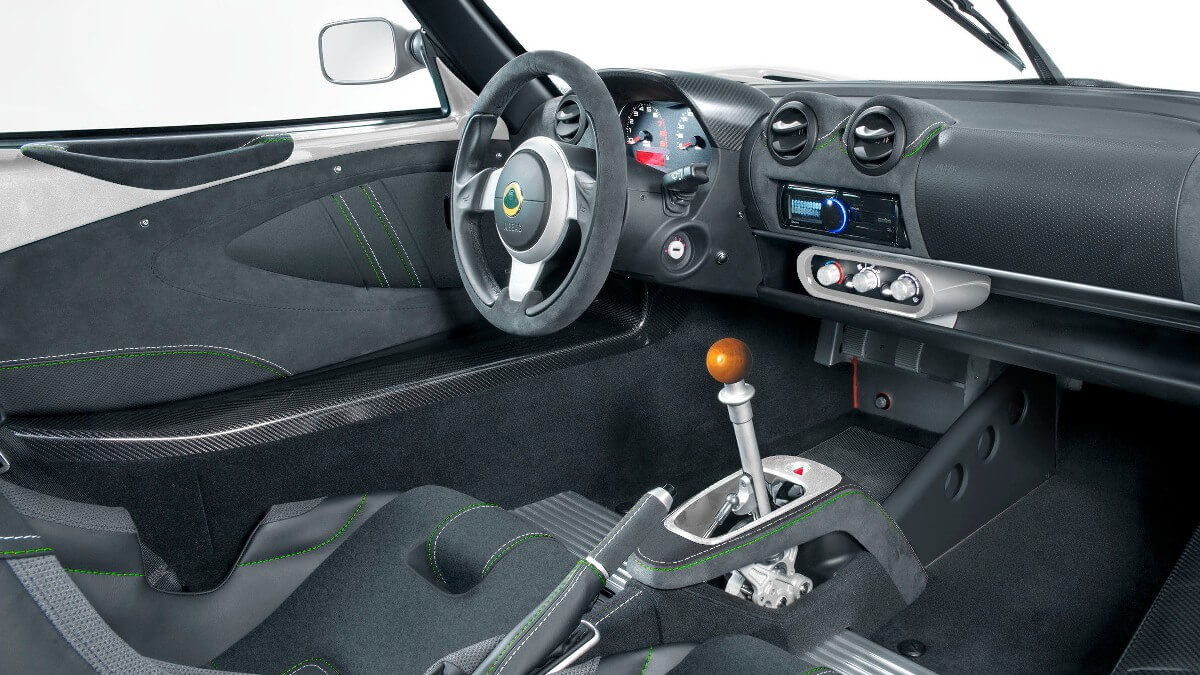 Customers have the choice between two historical liveries. One shows ‘Lotus Racing Green metallic’ with yellow accents, the other is ‘Old English White’ with green accents. Race-like aerodynamic parts offer up to 220 kilograms of downforce at topspeed. Behind the black painted forged wheels Lotus fitted a high-performance brake system from AP Racing with red calipers. The interior shows black Alcantara with double contrast stitching in two colors and bare carbon décor. Around the open transmission console and at the HVAC surround the main body color is used again. A wooden gear lever knob is a reminiscence to the Type 25.

Prices for the Lotus Exige Cup 430 Type 25 start at 110,000 GBP (incl VAT). Every customer gets a numbered certificate, signed by Lotus CEO Jean-Marc Gales and a signed copy of ‘Jim Clark: Tribute to a Champion’ from Eric Dymock including autographs of Clive Chapman (son of Lotus founder Colin Chapman) and Bob Dance (chief mechanic of Jim Clark). The standard equipment of the car shows an infotainment system with Bluetooth and iPod connection, a climate control, carpets, floor mats and a speed pilot.