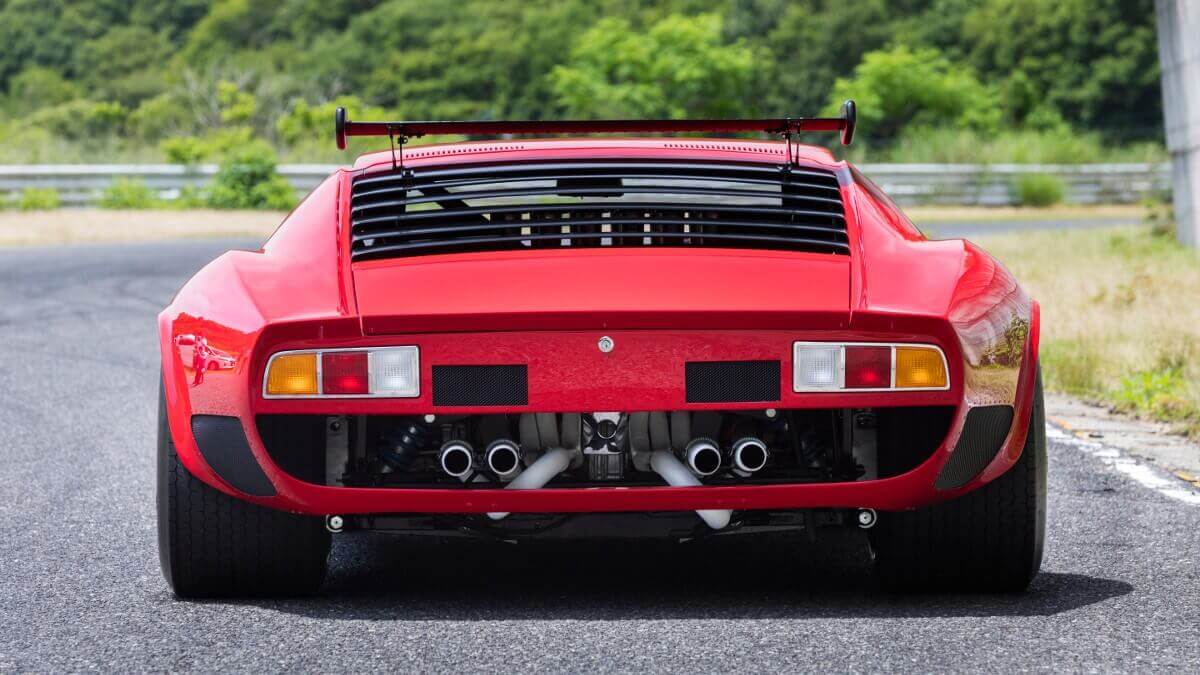 Between 1966 and 1975 Lamborghini produced the first mid-engined supercar with the Miura. Today the three different models Miura, Miura S and Miura SV are sought-after classics and achieve between 400,000 and well over a million euros, depending on conservation status and individual history. Only a few experts know that there also was a prototype developed by works driver Bob Wallace and named Miura J.

This one-off received various body parts made from Avional, an aluminium alloy for aviation, slightly widened fenders, side windows made from plexiglass, headlamps behind clear glass, some aerodynamic attachments and weight reductions on the chassis. According to some relevant sources the kerb weight was reduced to only 900 kilograms. Thanks to an increase in power output to about 440 PS, this particular Miura sprinted from zero to 100 kph in just 3.5 seconds – in 1970! After some time Bob Wallace sold the Miura J (‘Jota’ in Italian). The new owner crashed it and the wreck was scrapped afterwards. 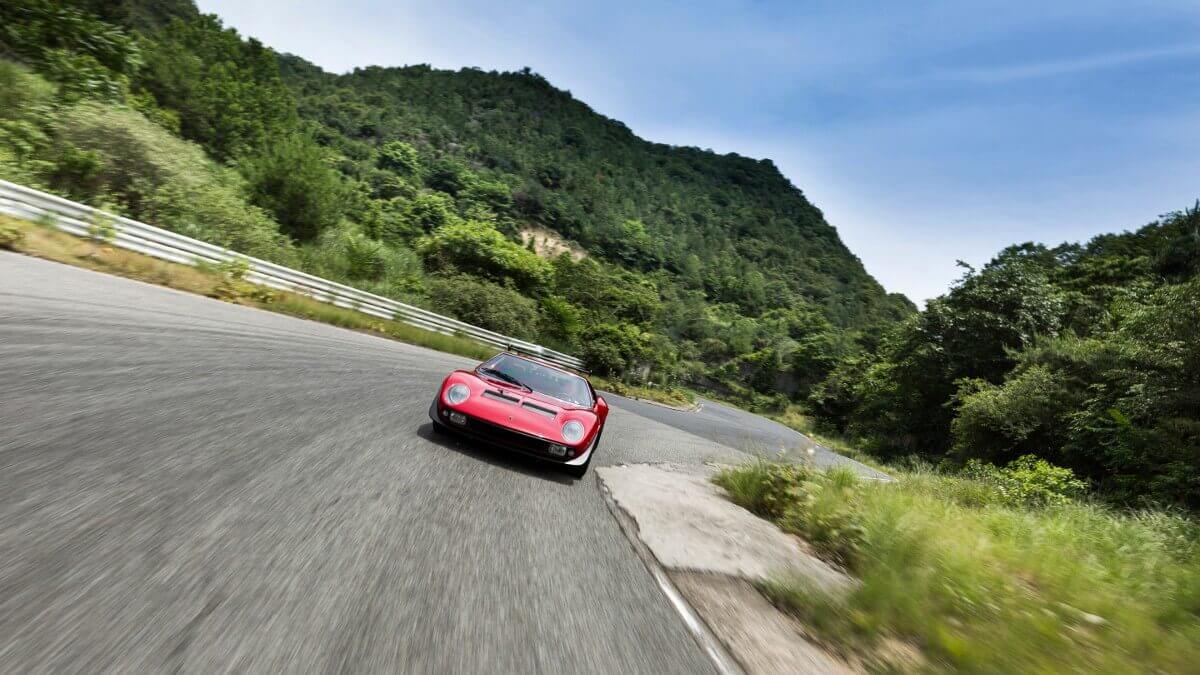 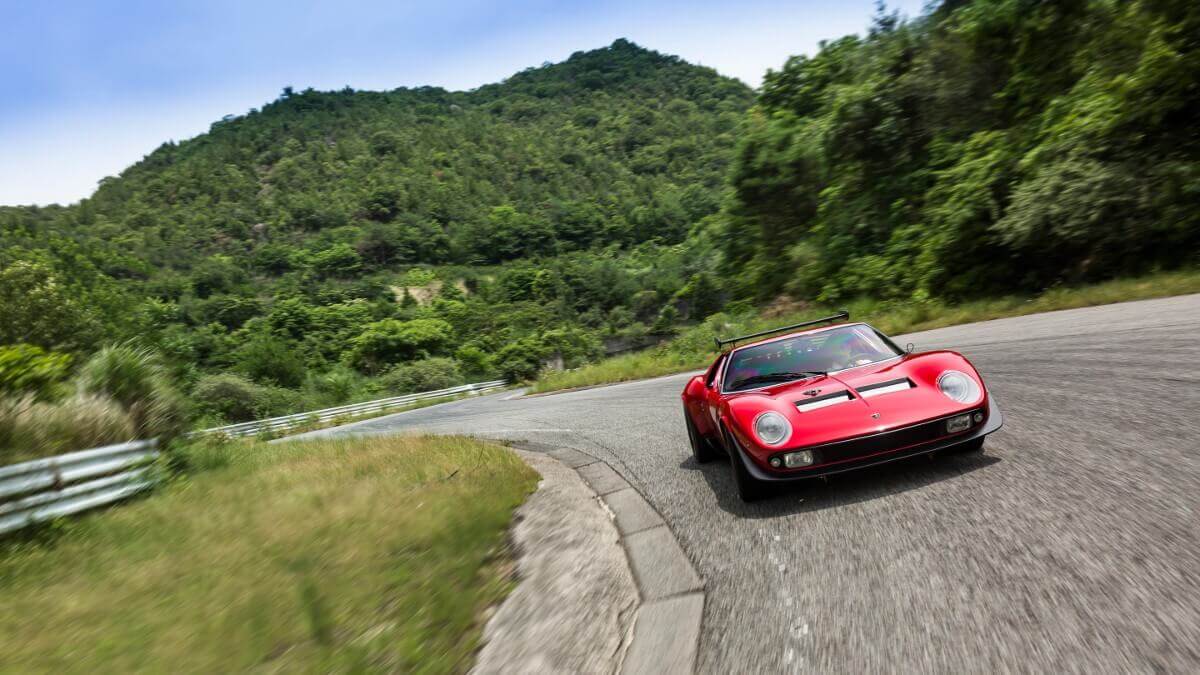 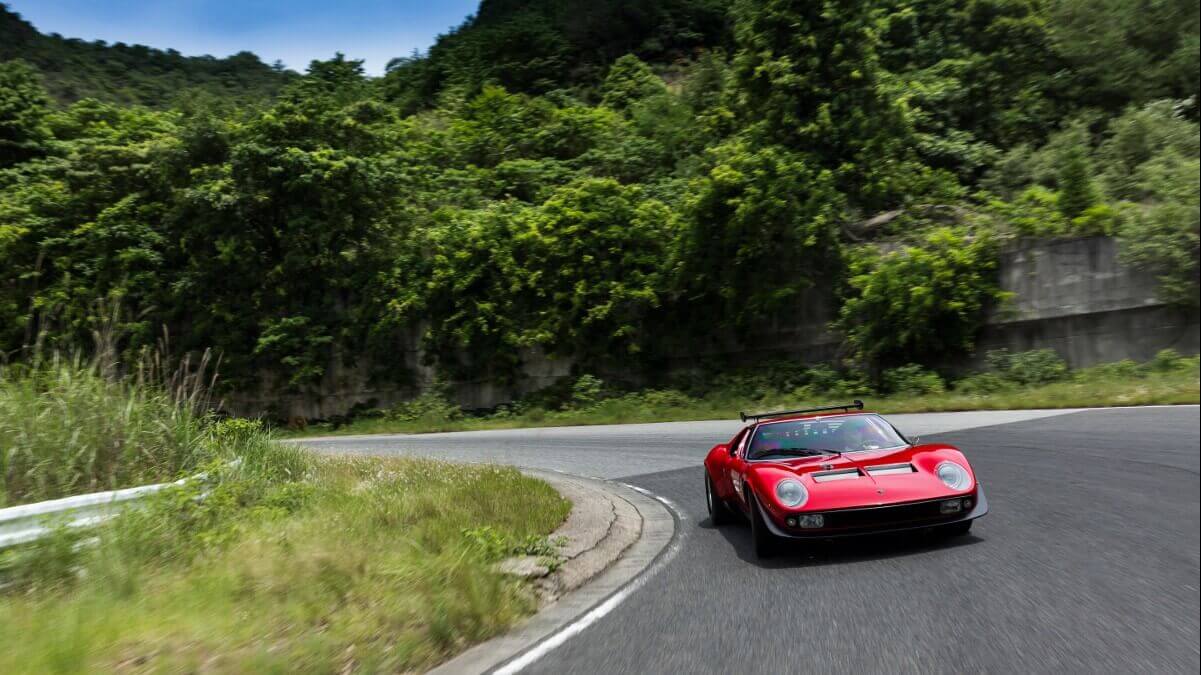 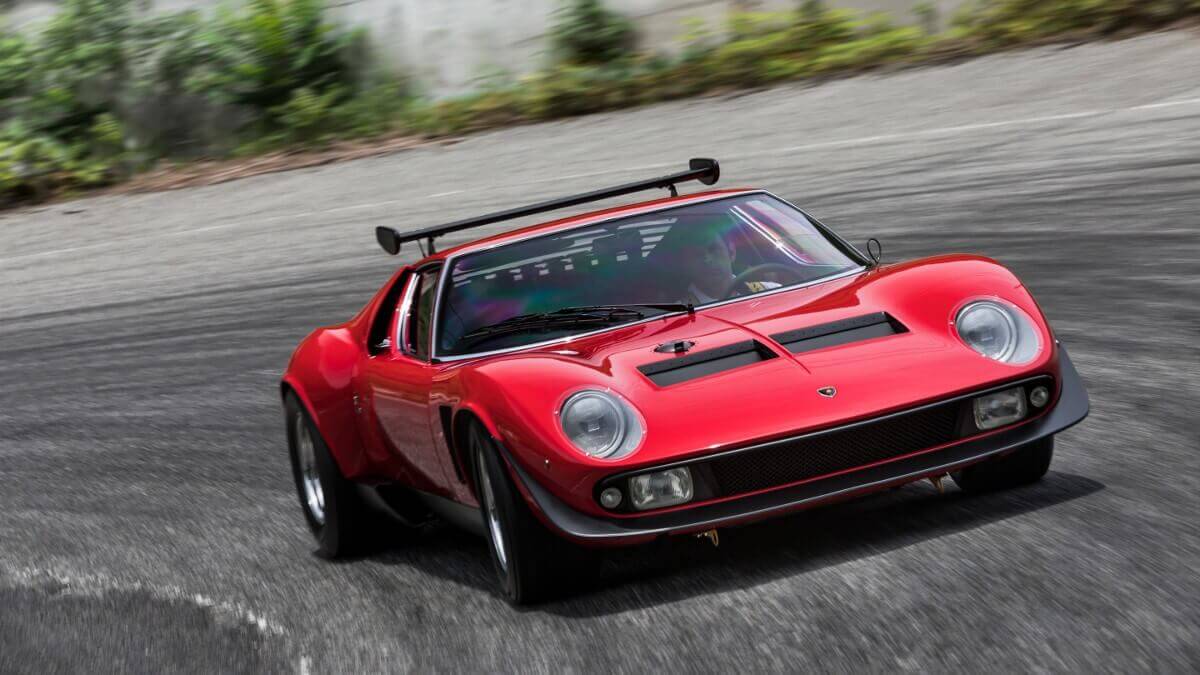 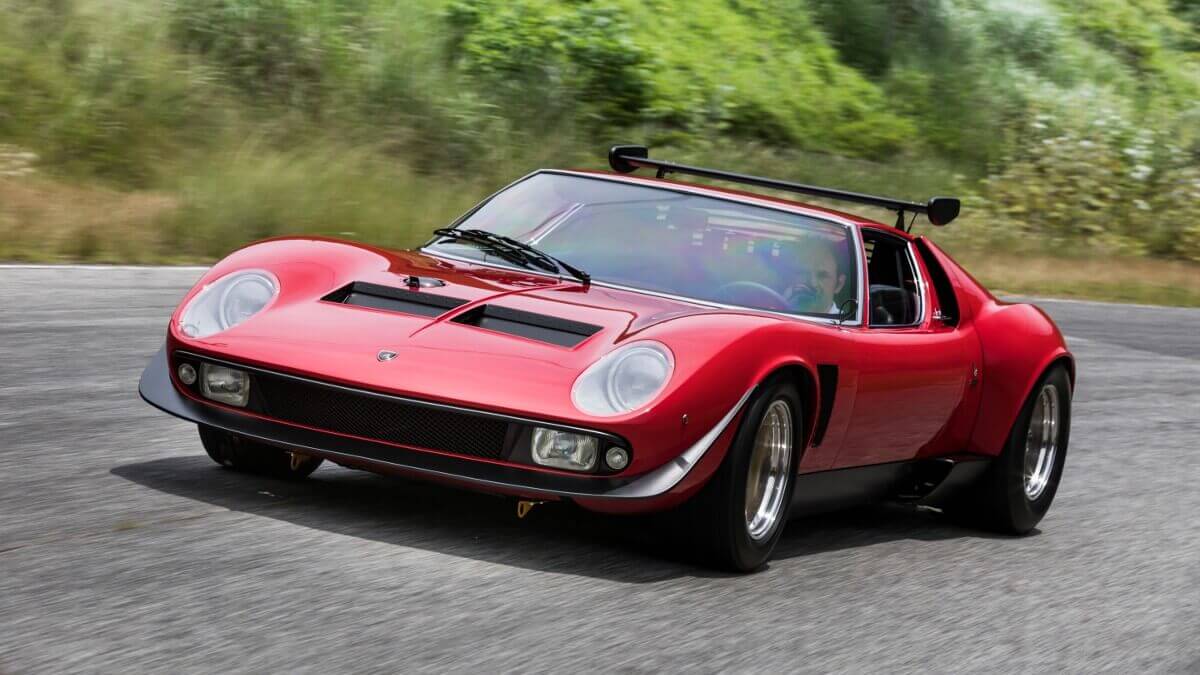 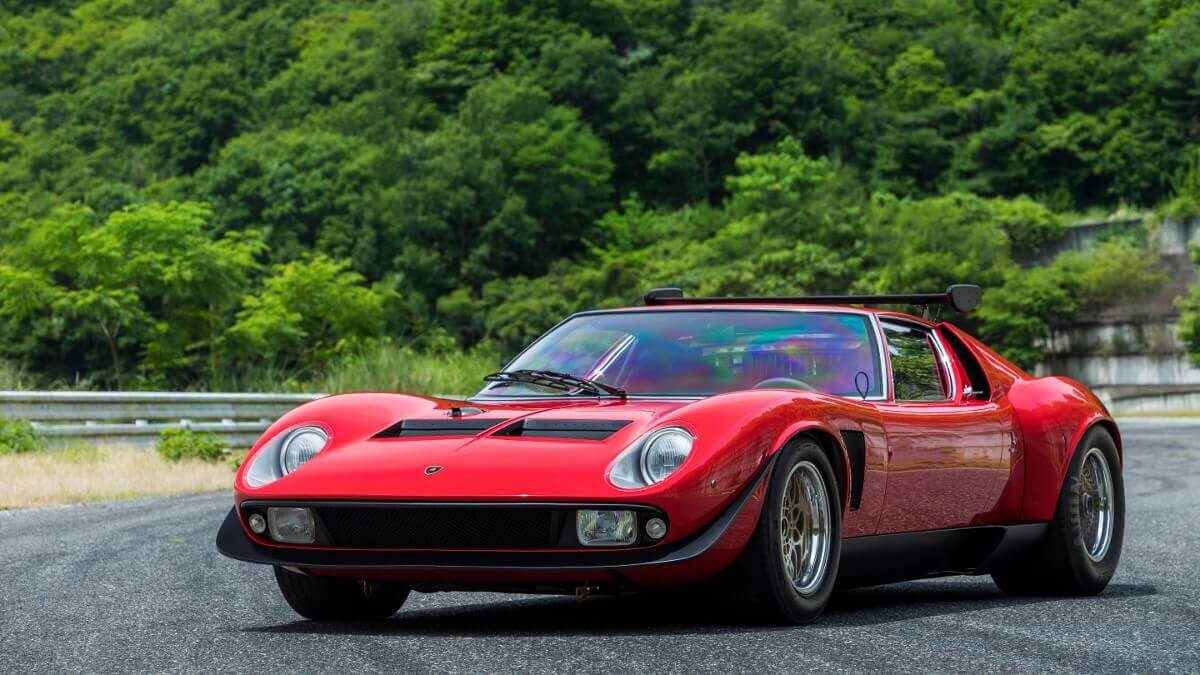 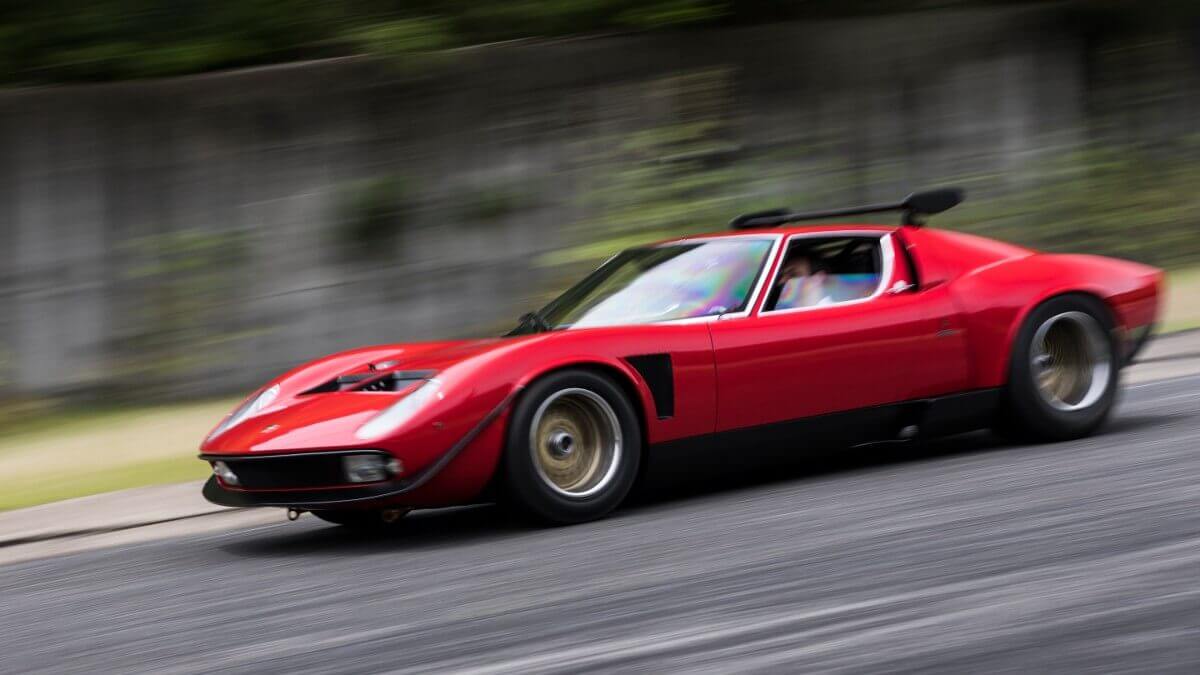 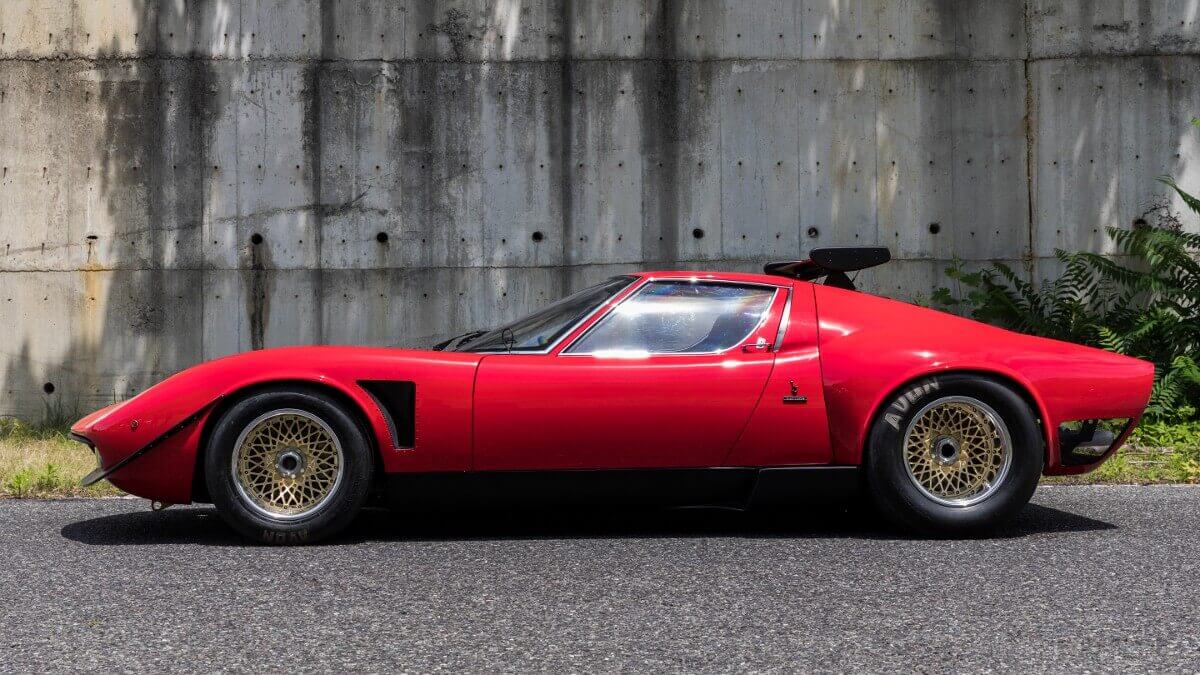 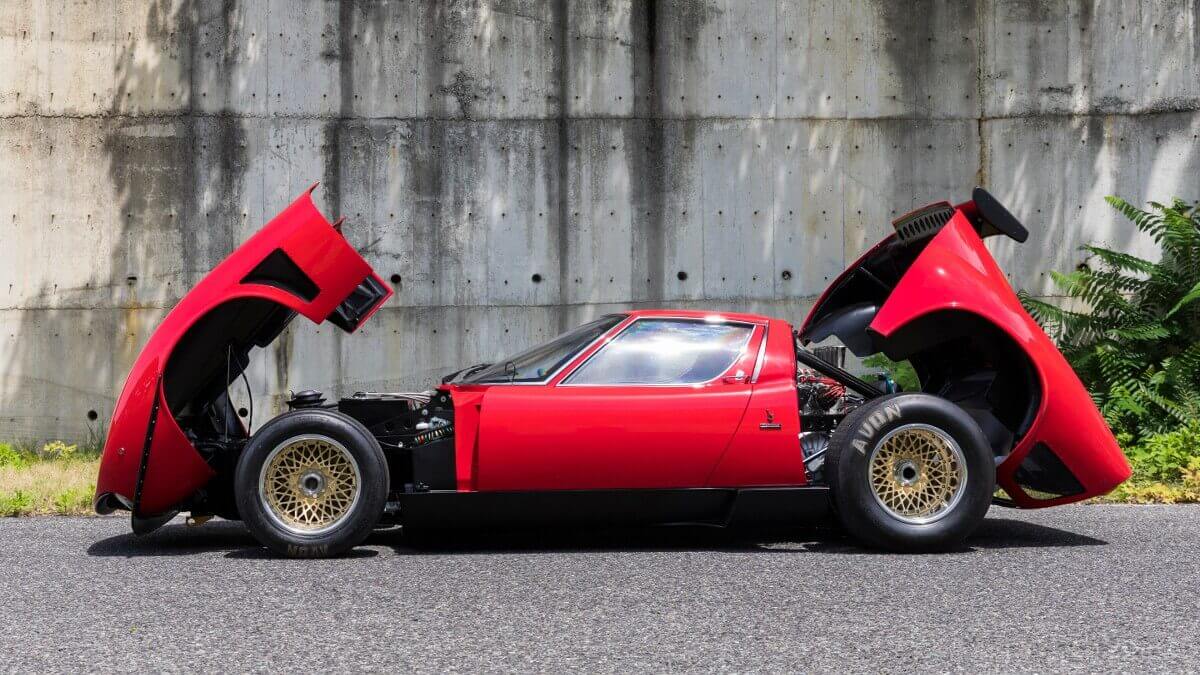 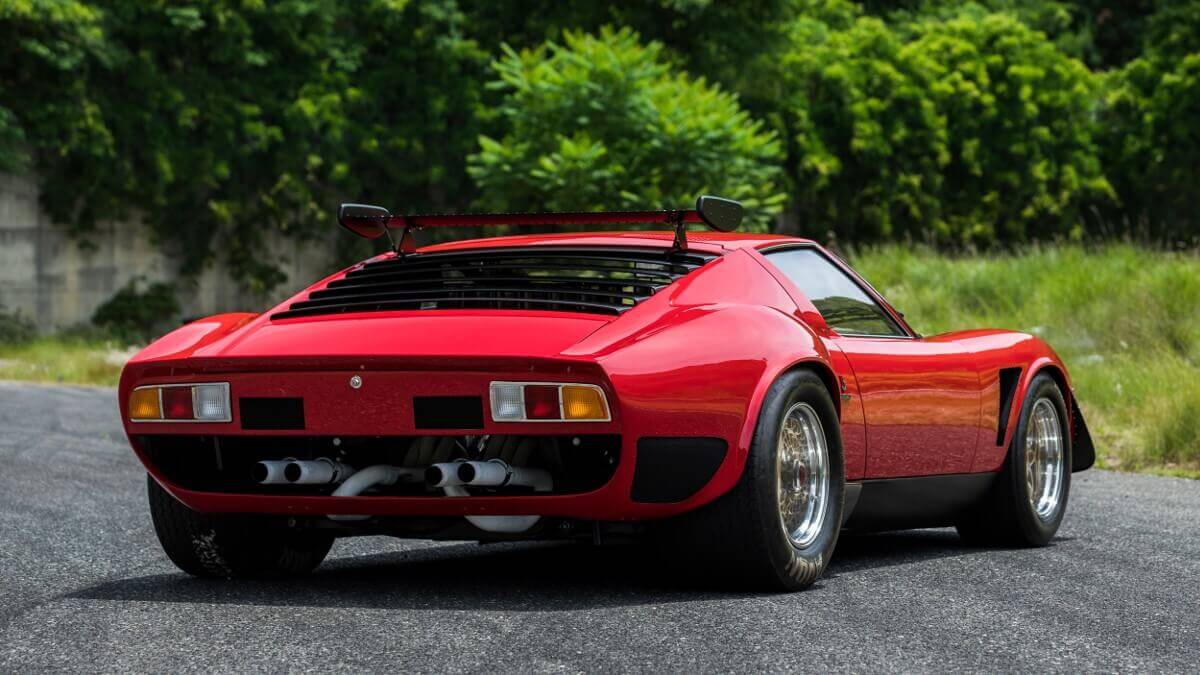 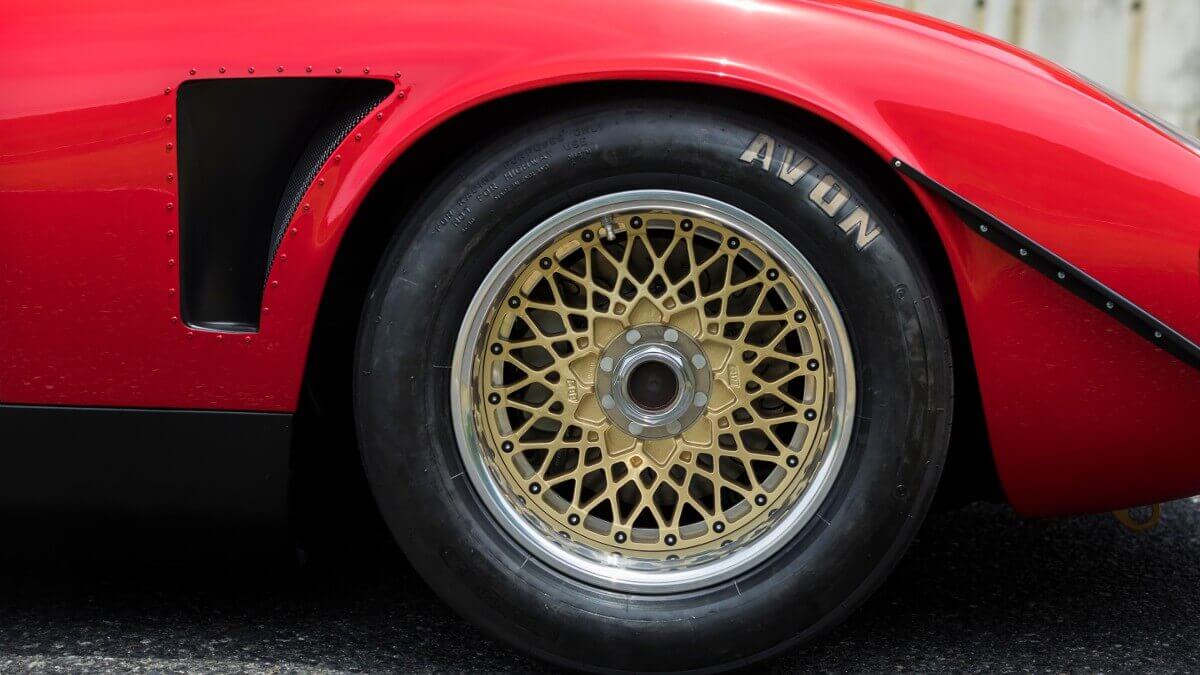 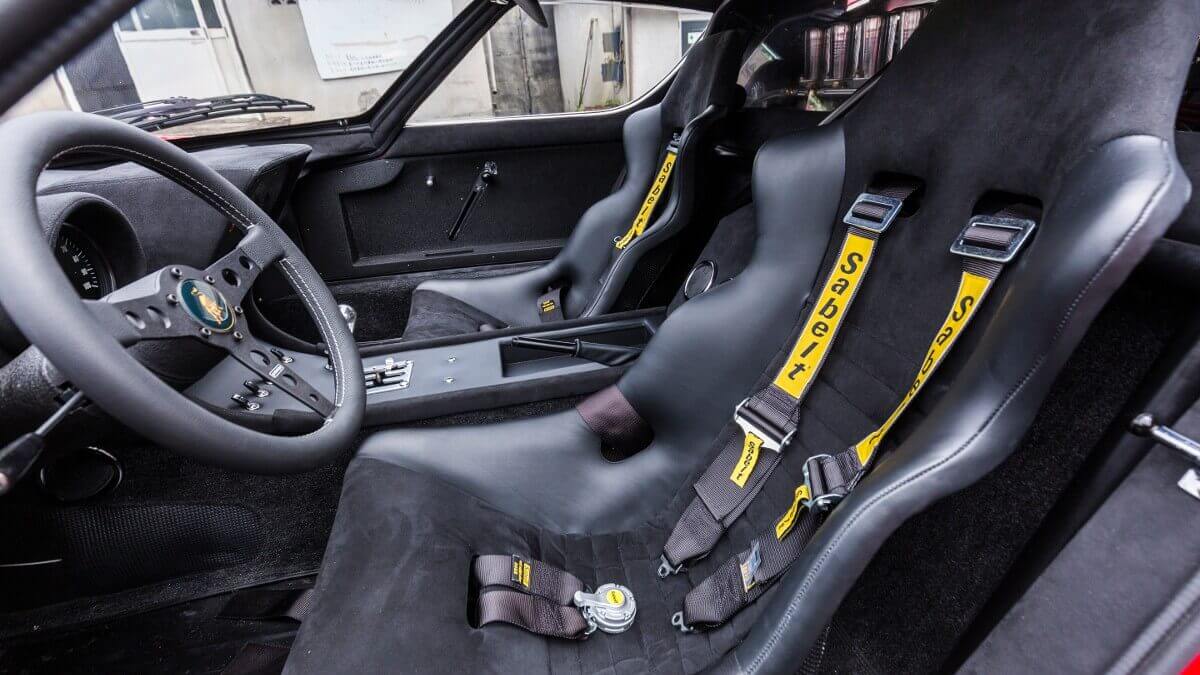 Since some car magazines had reported about the Miura J, Lamborghini received a few customer requests for this type. Subsequently three Miura SVJ and finally in 1974 a Miura SVR emerged from the factory, all rebuilt customer cars. Further Miura received similar conversions on private initiatives at various dealers and providers worldwide. But for now back to the Miura SVR, chassis number 3781. This car left the production halls in 1968 as a Miura S in ‘Verde Miura’ with black interior and became the showcar at Turin Motor Show. Afterwards it was sold at Turin based dealer Lamborauto to its first owner, another eight followed in Italy before German collector Heinz Straber bought it and in 1974 sent it back to the factory in Sant’Agata Bolognese to rebuild it into a one-off SVR.

Compared to the Miura J and the vast majority of SVJ, the SVR is still a bit wilder. In addition to a black front spoiler lip, it also received a roof spoiler on the front edge of the rear opening bonnet. Overall the conversion took a full 18 months to be completed. Shortly thereafter the Japanese collector Hiromitsu Ito bought the vehicle and exported it to Japan. There the Miura SVR was recorded as a hero and immortalized in the comic series ‘Circuit Wolf’. In addition Kyosho made several model cars of this very Miura, which can be found in collections all over the world. Now an extensive restoration took place in the Polo Storico department of Lamborghini. There the vehicle arrived partially dismantled. Various components had been modified over the years. Polo Storico employees also had to rely only on a few pictures and drawings this time, as the car didn’t show the delivery condition, but a modified one instead. The current owner ordered seats with more lateral support, four-point seatbelts and a removable roll-bar, as he wants to use the car regularly on racetracks. After the 19-month restoration Lamborghini presented the Miura SVR in some demonstration laps at the Nakayama Raceway in Japan.