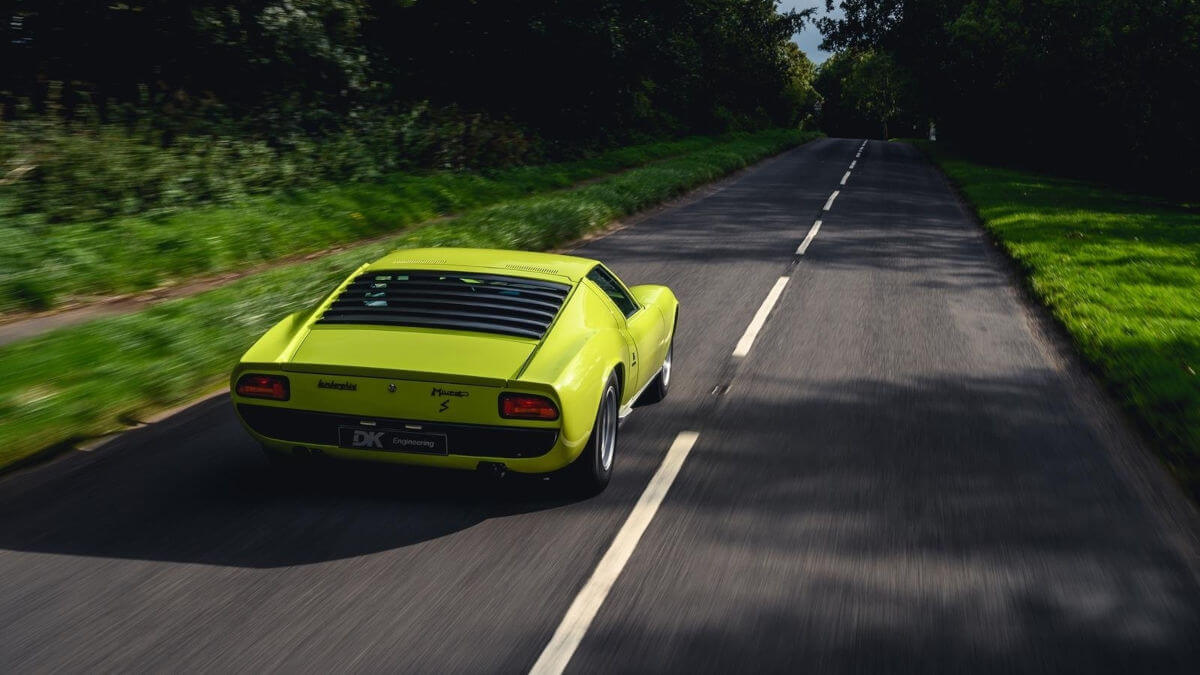 With the Miura, Lamborghini presented their third model in the history of the company in November 1965. It was also their first supercar. In contrast to other manufacturers, the engine was moved behind the passengers. Under the leadership of Gian Paolo Dallara, a platform frame was created in which the V12 engine was installed transversely. The manual five-speed gearbox and the rear axle differential were located directly behind the engine block. Double wishbones all round ensure the best possible ground contact for the wheels. Thanks to an overall height of only 1.05 meters, the Miura is also one of the lowest sports cars in the world.

At times, up to 22 designers worked at Bertone on the design of the unique bodywork. The young Marcello Gandini had the largest share in the final design. In later years he also designed the successor model Countach and its successor, the Diablo. During his time at Bertone, other legendary sports cars such as the Lancia Stratos or the Alfa Romeo Montreal were also created by his pen. 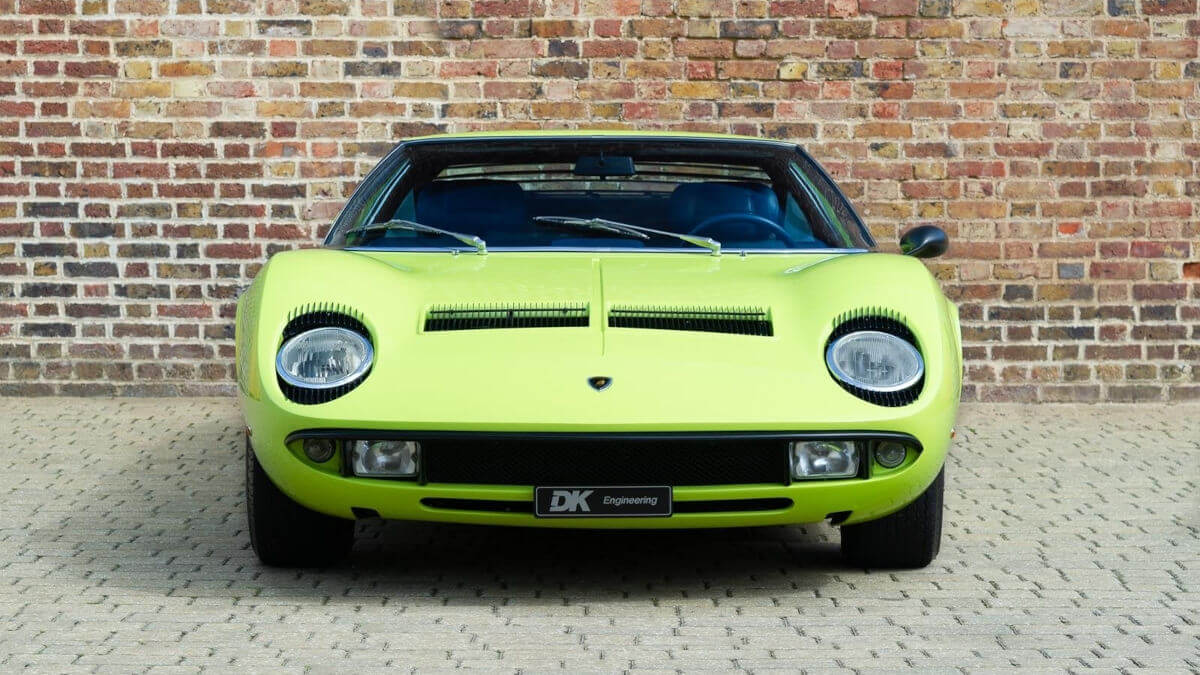 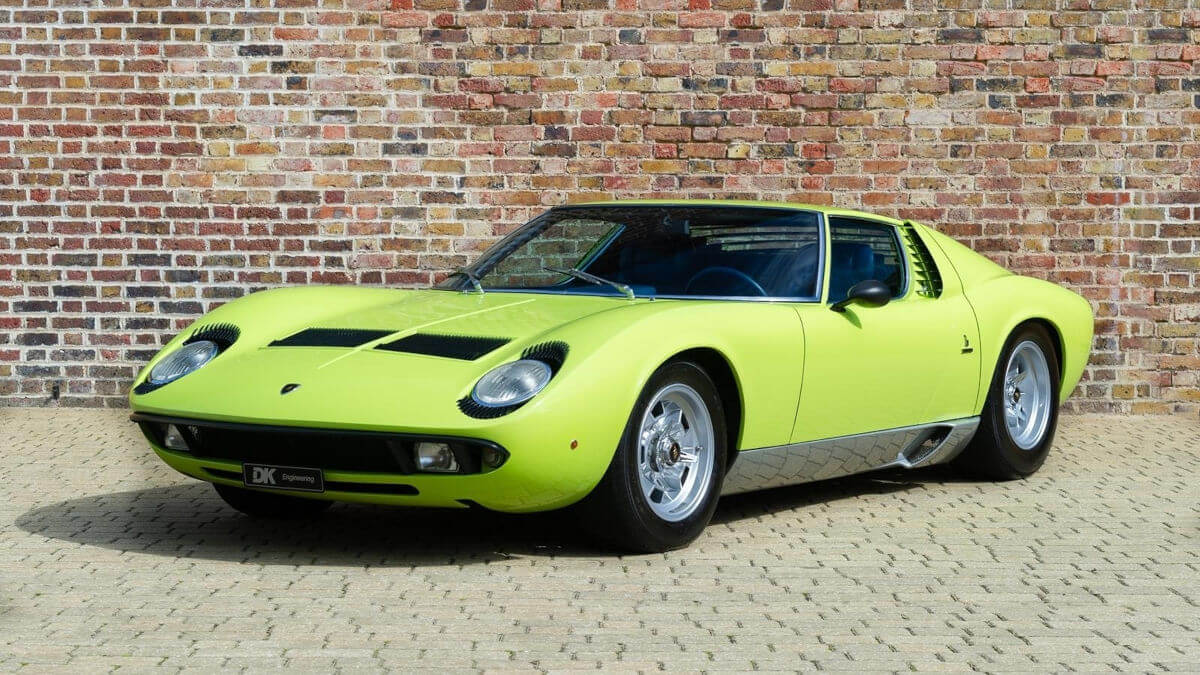 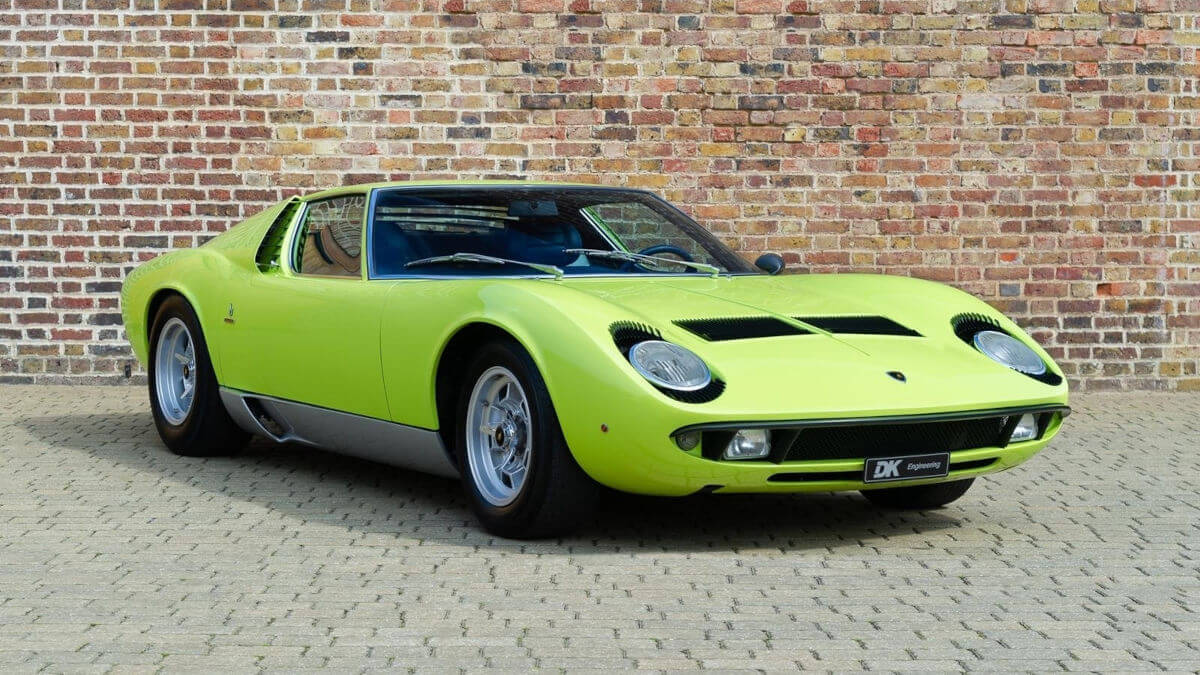 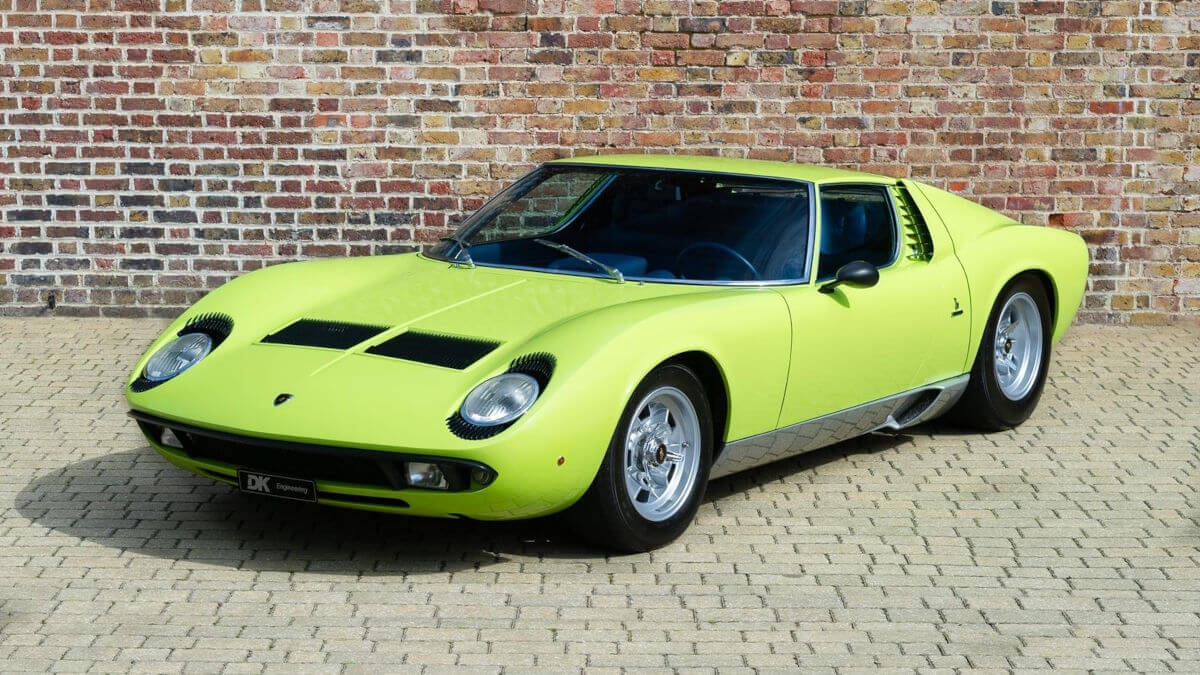 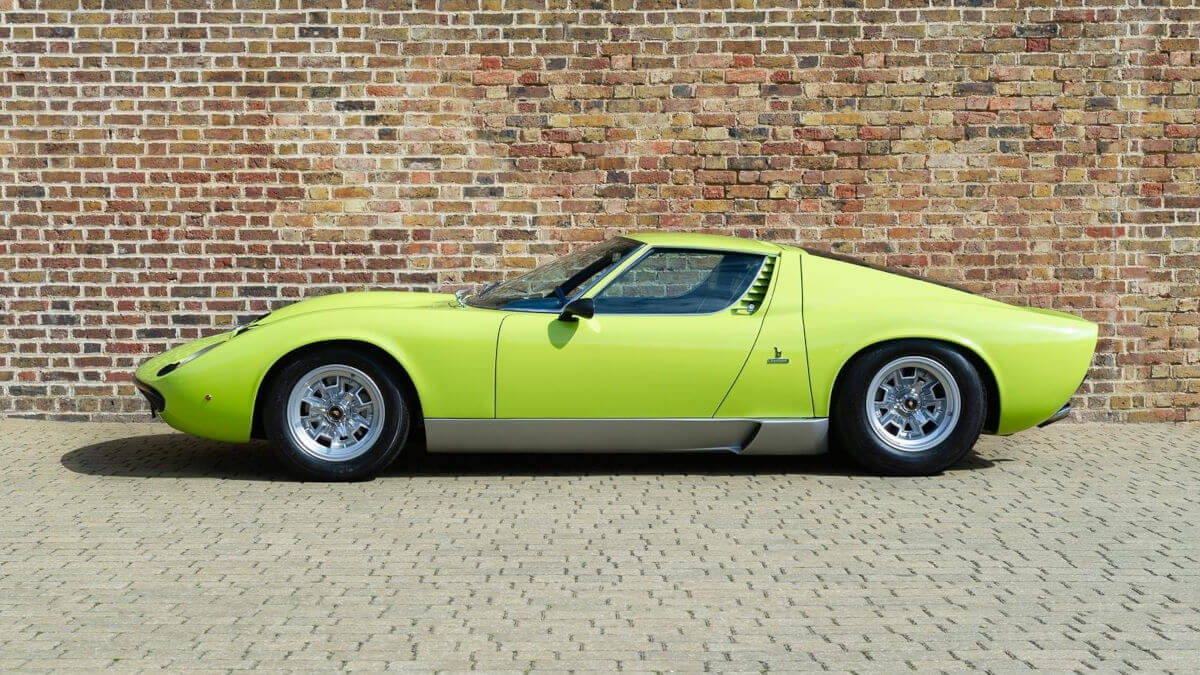 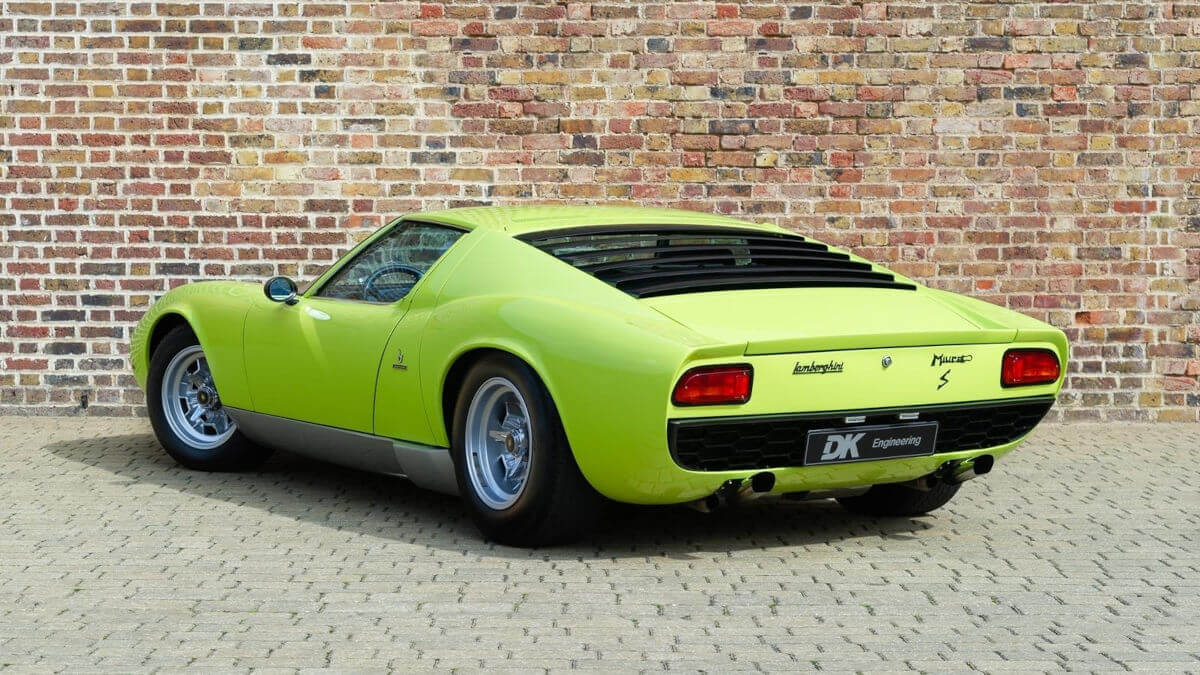 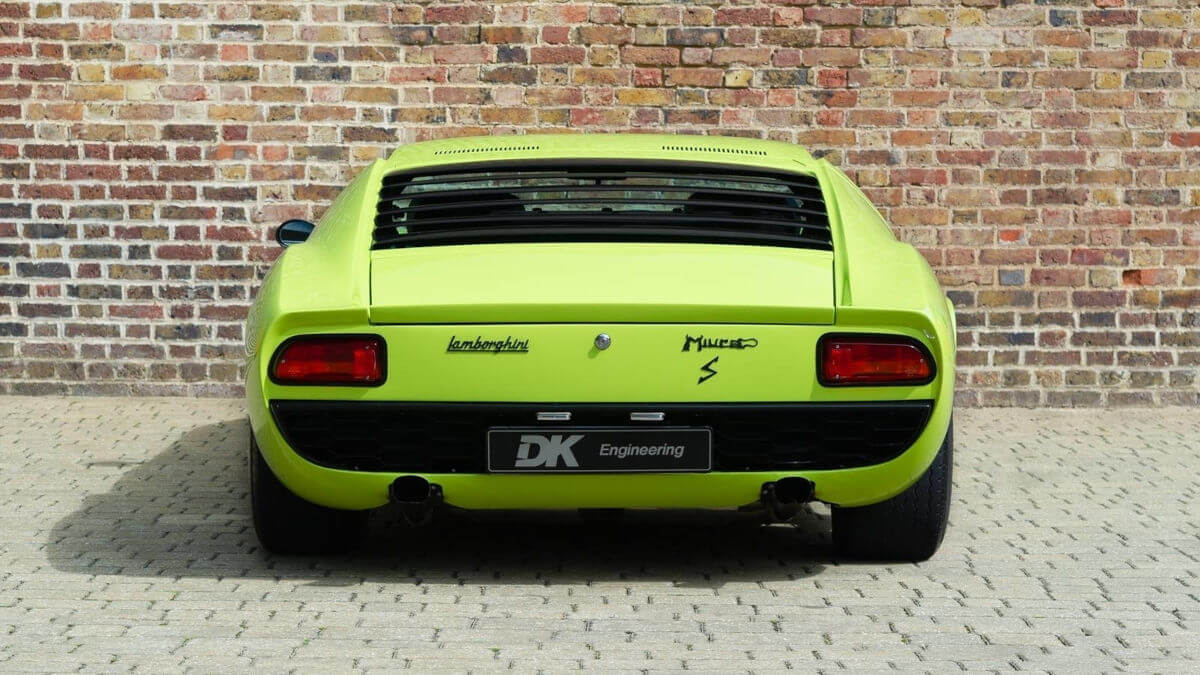 After 474 copies of the original model, Lamborghini developed the Miura into the Miura S. All model variants, including the later SV, bore the abbreviation P400 for ‘posteriore’ (rear-mounted engine) and four-liter capacity. In the S the power output increased from 257 kW/350 hp to 272 kW/370 hp due to new camshafts and enlarged intake manifolds. At the same time, torque rose from 355 to 388 newtonmeters. As before, the mixture was prepared by four Weber downdraft carburetors.

Slight modifications for the Miura S

Compared to the original model, the Miura P400 S received only few optical modifications. For the first time, chrome was used around the headlights and windows. On the inside, Lamborghini modified the center console, installed a lockable glovebox and also changed the trunk trim to accomodate more luggage. Electric windows and air conditioning were now optional. 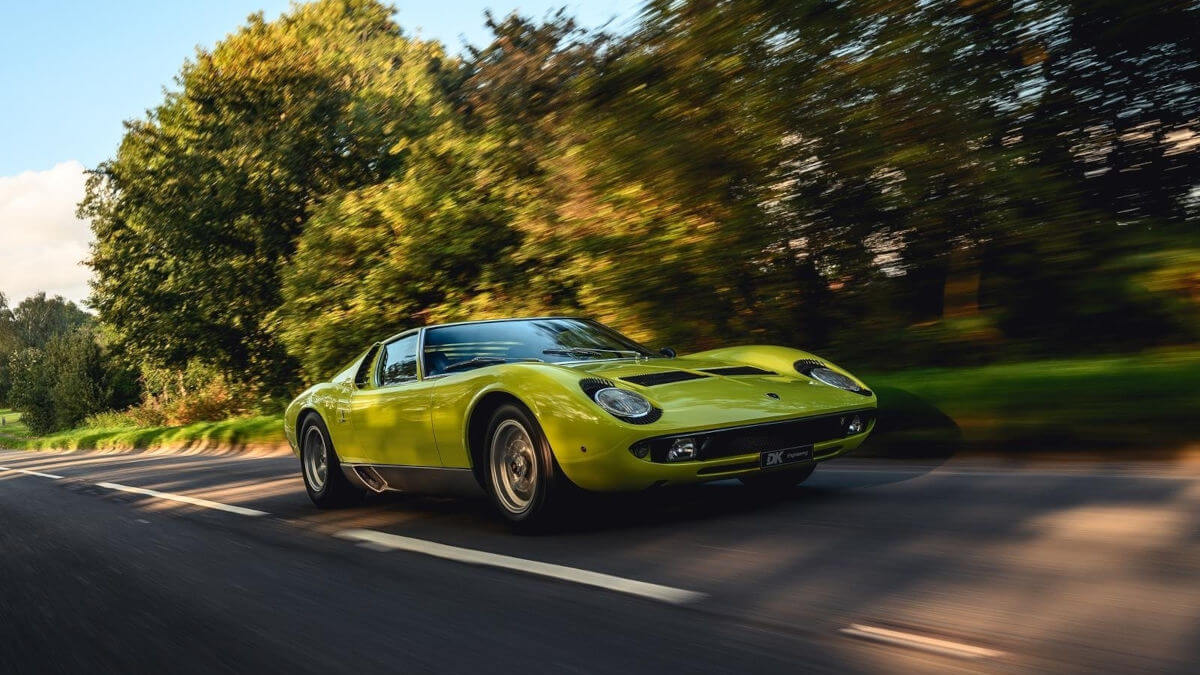 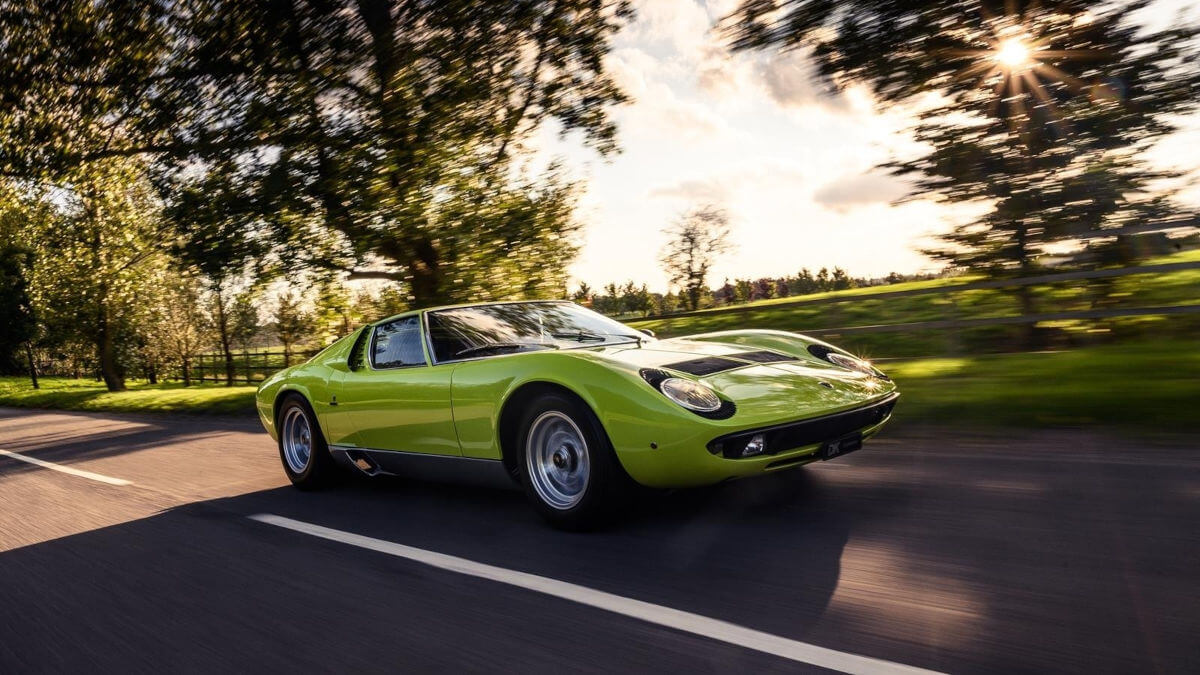 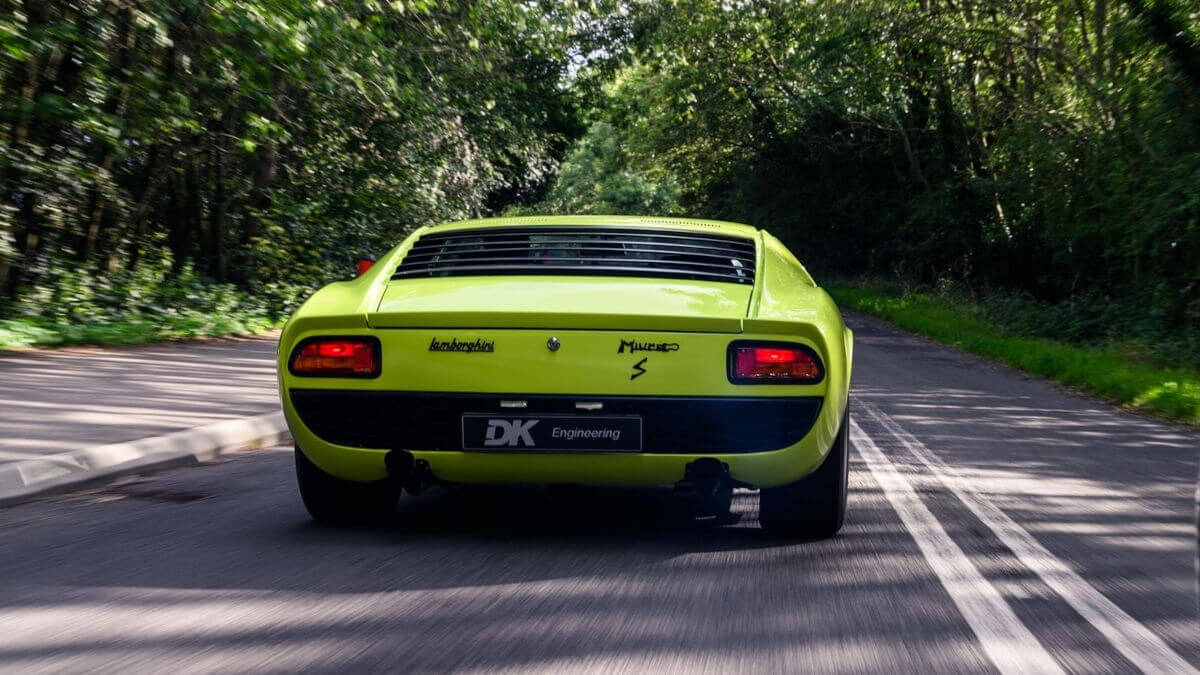 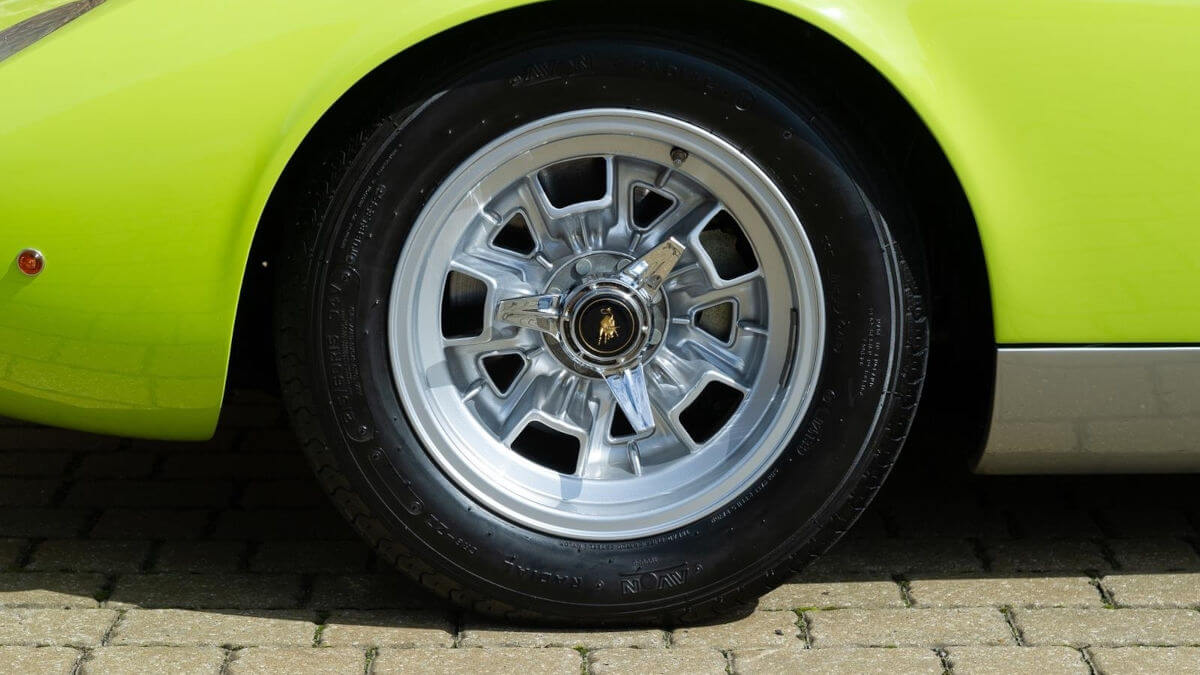 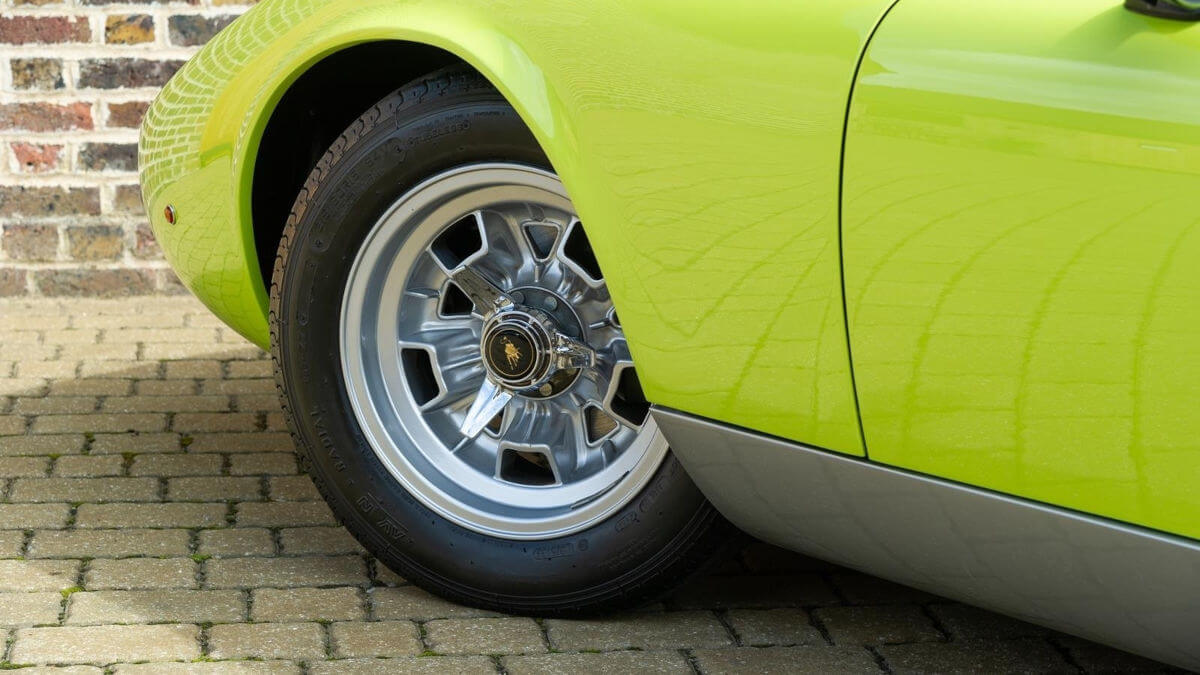 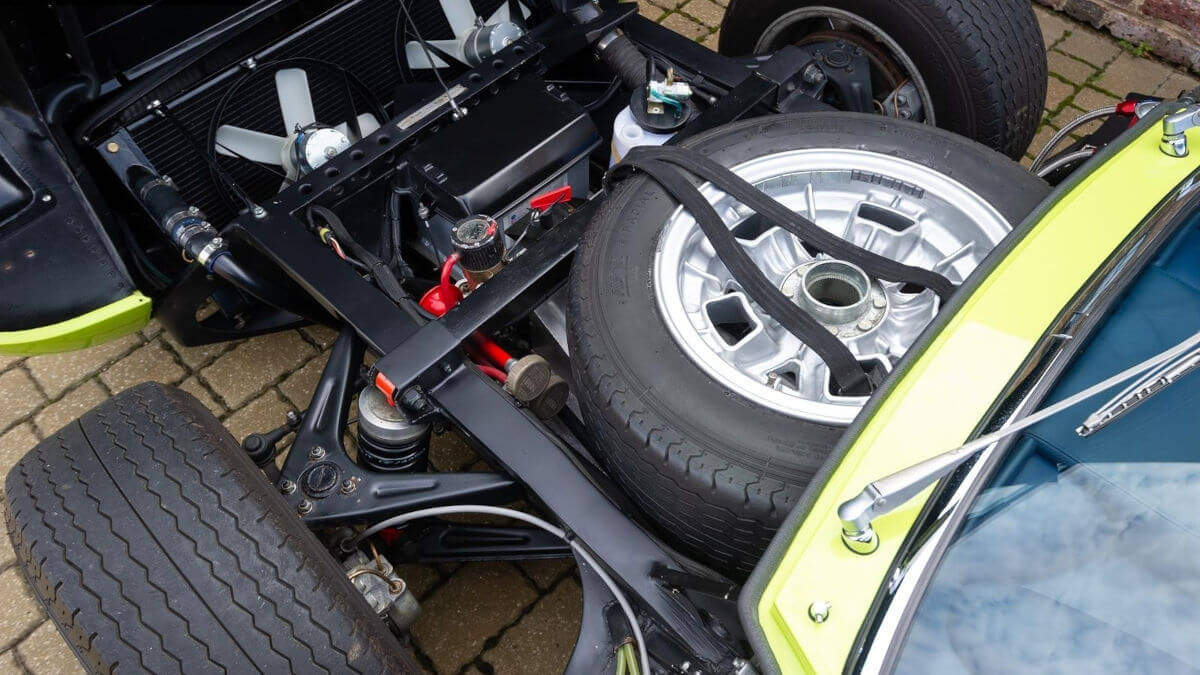 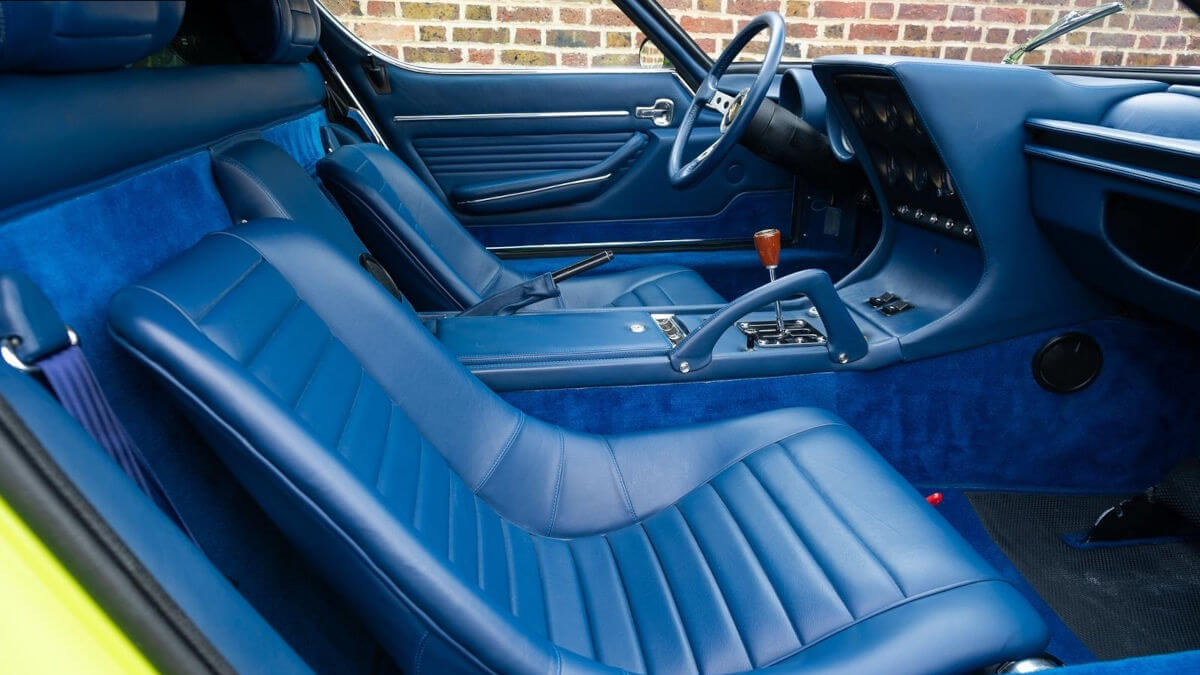 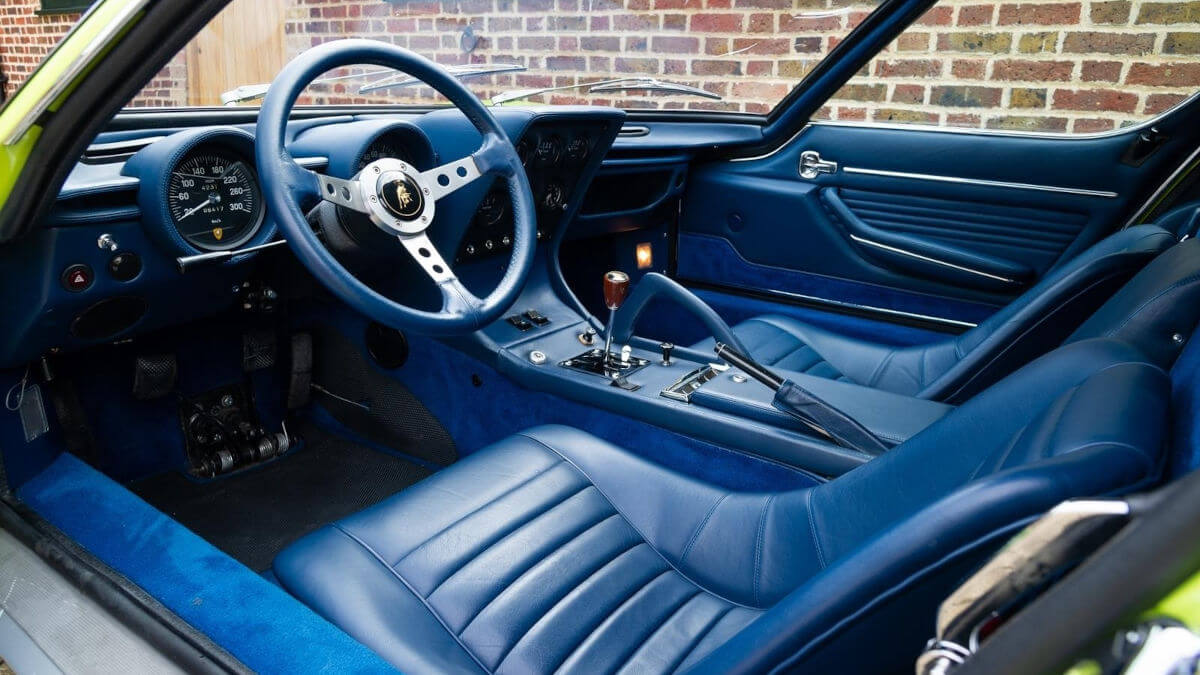 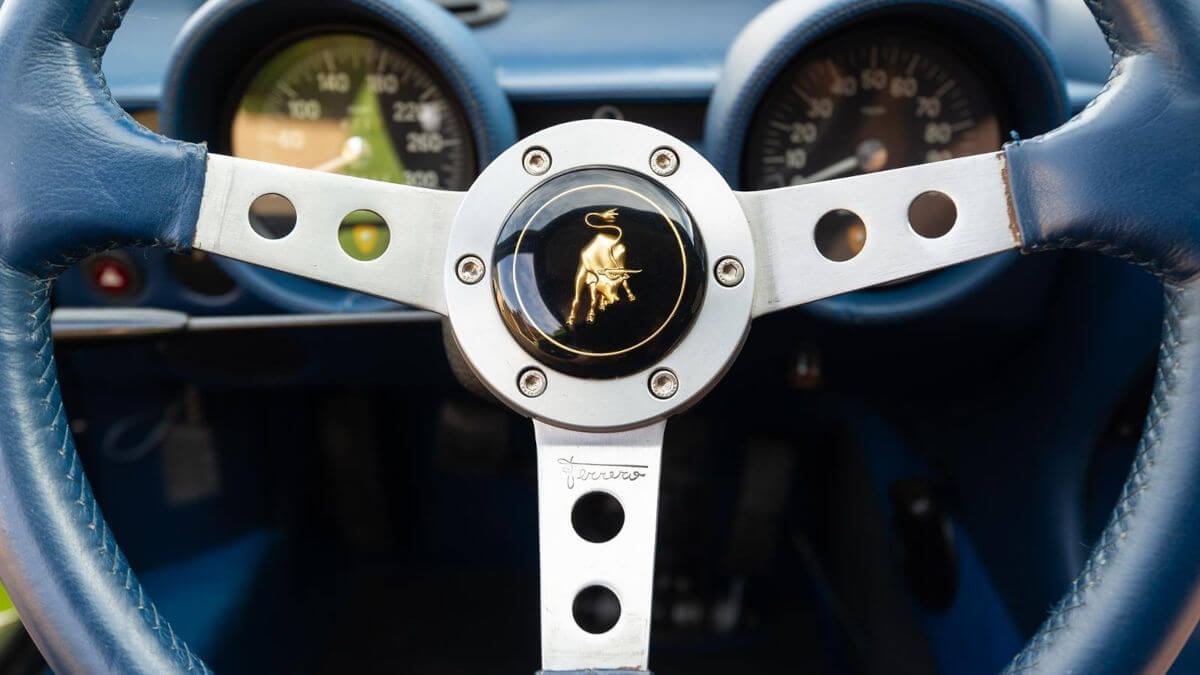 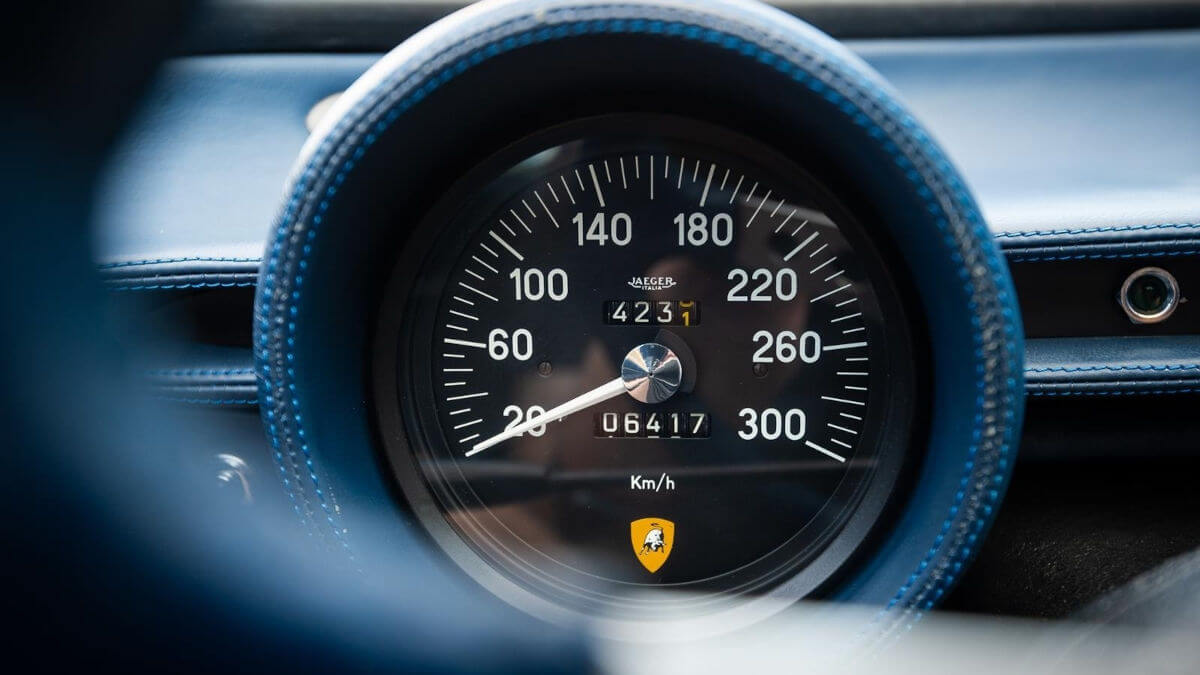 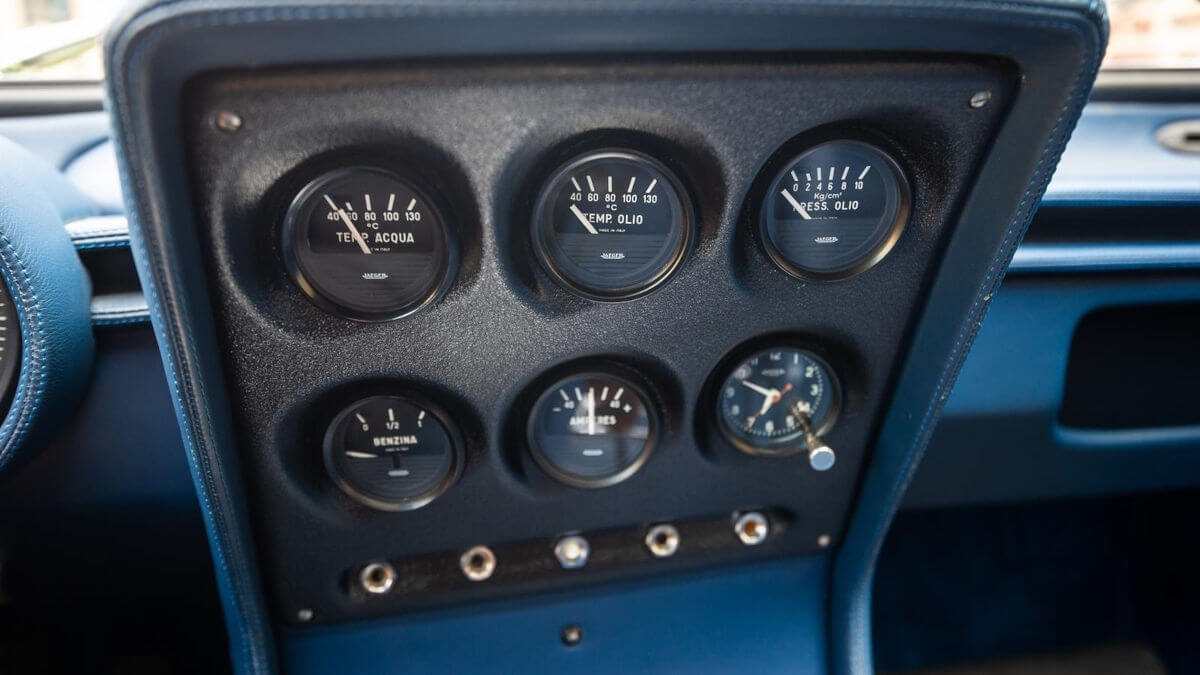 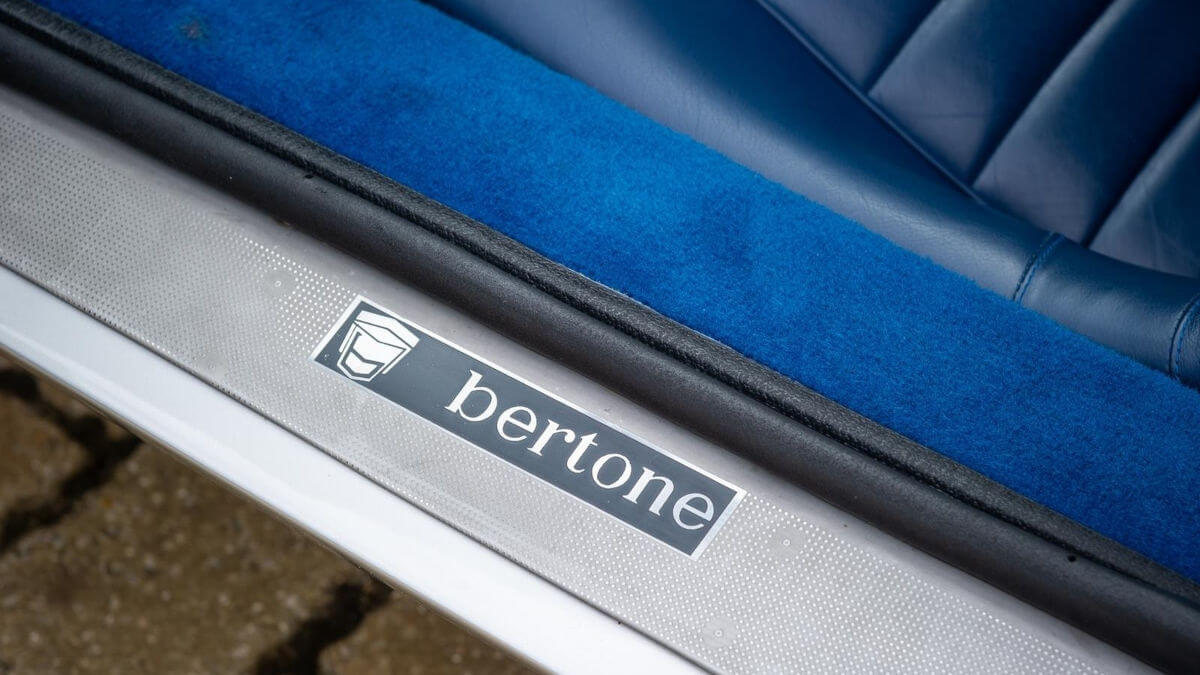 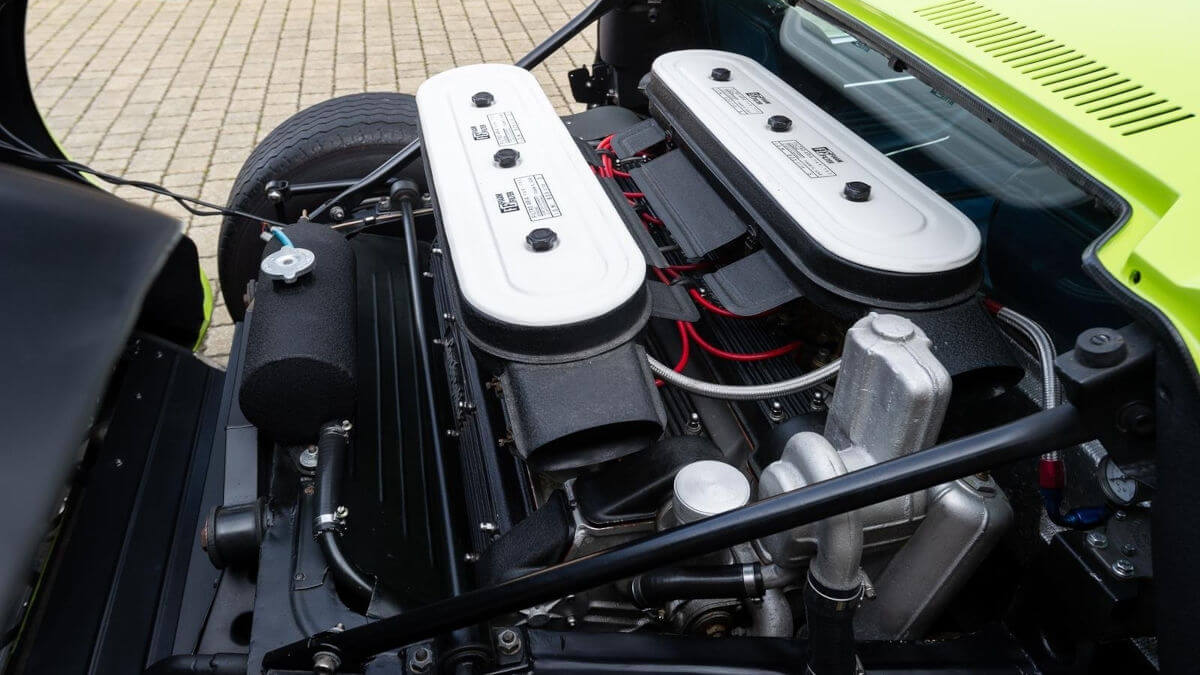 Only 140 Miura P400 S were built between 1968 and 1971, making it the rarest production model in this series. DK Engineering, the British sports car expert, currently has a vehicle for sale. This Miura left the production hall in Sant’Agata in December 1968 and was handed over to its first owner Piero Quadro in Turin on January 2, 1969. He sold the sports car after only a few months. Short-term owners such as Angel Giuliano (two months), Arduino Messina (three months), Vincenza Ventimiglia (about two years) and Sebastiana Sipali (seven months) followed. This was followed by several years of ownership by the Goitani family before the sports car moved to Switzerland in the 1990s. Since 2001 it has belonged to an industrial designer with residences in London and Paris. The current owner from Jersey now offers the car for sale.

In contrast to some other Lamborghini Miura models, this one still has its original paint color and also the leather color used by the factory on the inside. The eye-catching ‘Verde Miura’ color not only caused a sensation in the 1960s, but also paved the way for the many bright colors that are still available from Lamborghini today. The first owner also ordered blue leather with matching carpets and seat belts. Over the last ten years or so, the car has undergone extensive work on the gearbox, engine and suspension at GTC Engineering in Buckinghamshire. The car was also repainted in its original color. DK Engineering only gives the purchase price to seriously interested customers.