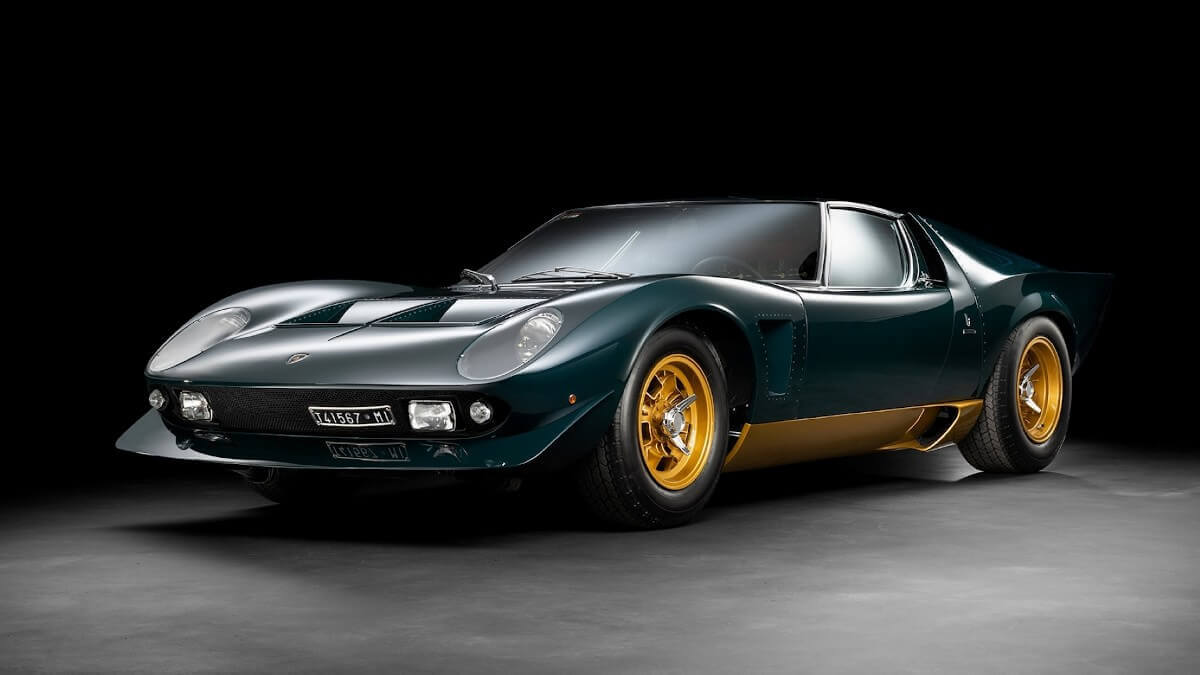 You think you’re a sports car connoisseur? Then you are familiar with the Lamborghini brand. If you know your way around a little better, then the legendary Miura is also known to you and you may even be able to explain the origin of its name. But do you also know the Lamborghini Miura P400 S Millechiodi? The nickname means as much as ‘a thousand nails’ or ‘a thousand rivets’ and points with it already to the unique production technology, in which this unique car based on a normal P400 S was built in 1975. The order was received from the Milan entrepreneur Walter Ronchi, who was also the original owner of the original Miura Jota. After he had sold this car in 1971, the car had a serious accident on the way to the new owner, so that the only original Miura Jota finally had to be scrapped. Meanwhile Walter Ronchi asked for an even wilder version with inspiration from the Jota, the personal car of factory test driver Bob Wallace and the meanwhile also offered SVJ conversions.

The result was the Millechiodi based on the Miura P400 S with chassis number 4302. It was an early production car from the S series, a modified version of the original mid-engined Miura that debuted two years earlier. From today’s point of view, the 275 copies of the P400 before the S would rather pass as pre-series vehicles or ‘work in progress’ and differed from car to car. The ‘S’ stood for ‘Spinto’ (upgraded). The corresponding Miura received a better manufacturing quality, better driving dynamics, higher comfort in the cockpit with electric window regulators, glove box lid, handle for the passenger as well as redesigned switchgear and newly developed tyres from Pirelli. Revised cylinder heads and further fine-tuning of the transversely mounted V12 engine increased the output by 20 to 370 hp. From the outside, the S differed from the normal Miura by chrome window frames and the ‘S’ logo on the rear. After the 275 normal Miura had left the assembly line, 338 copies of the Miura S followed before the Miura SV finished the series as crown jewels. 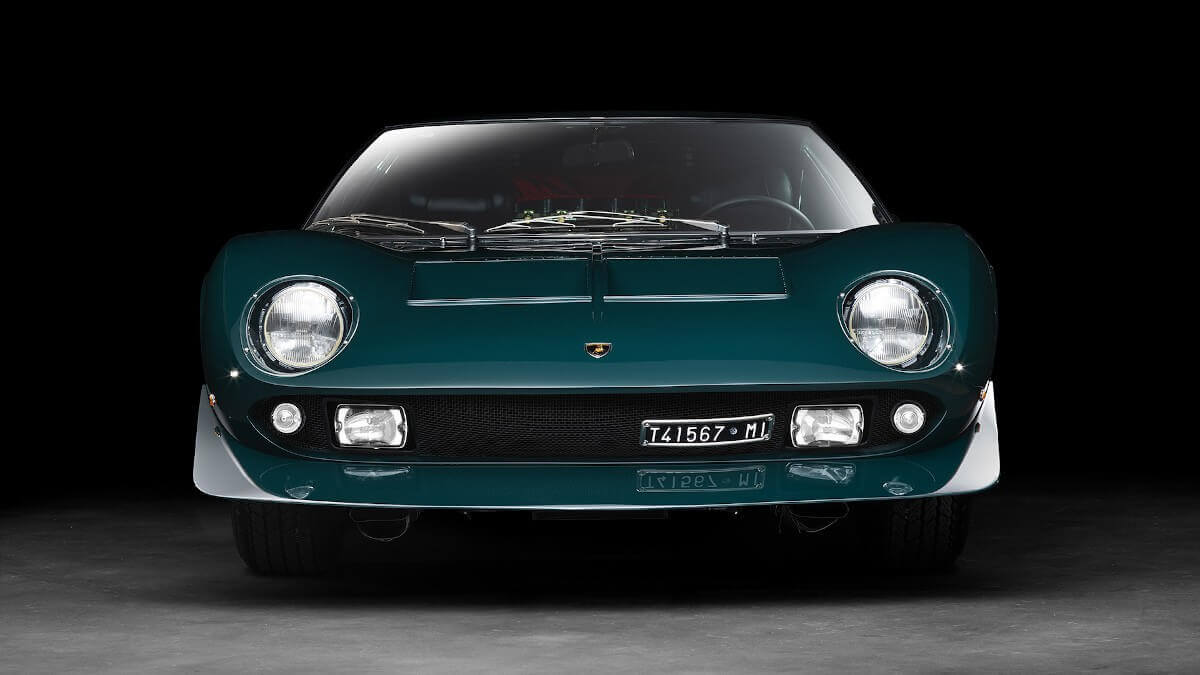 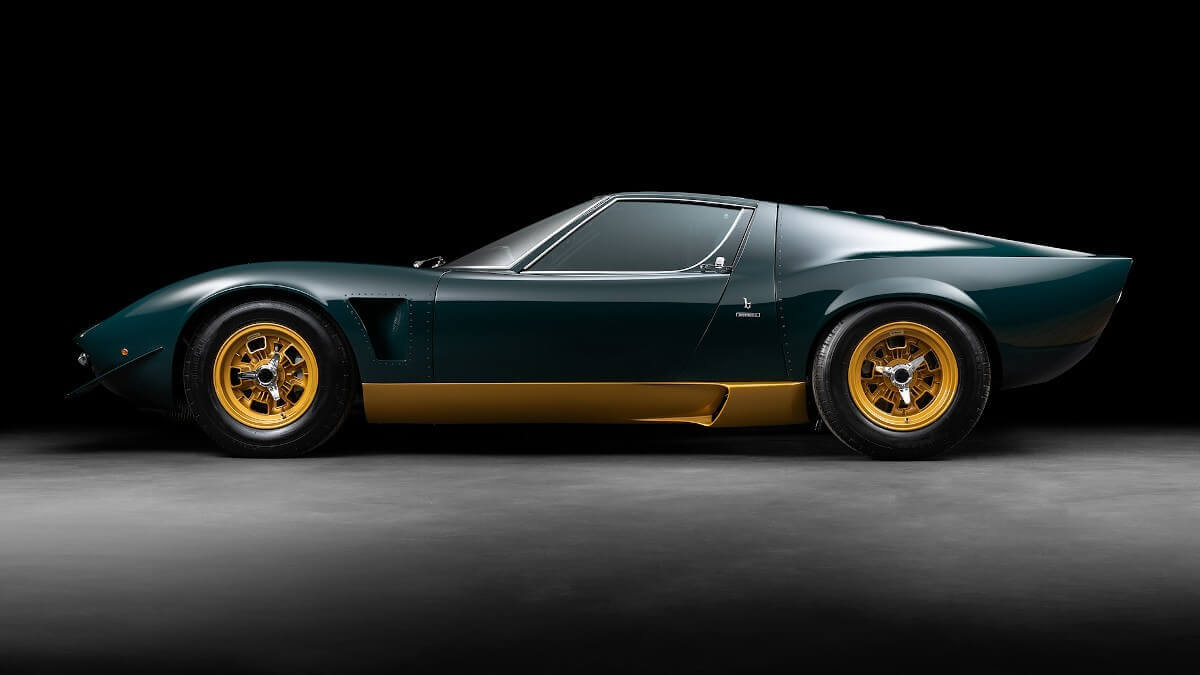 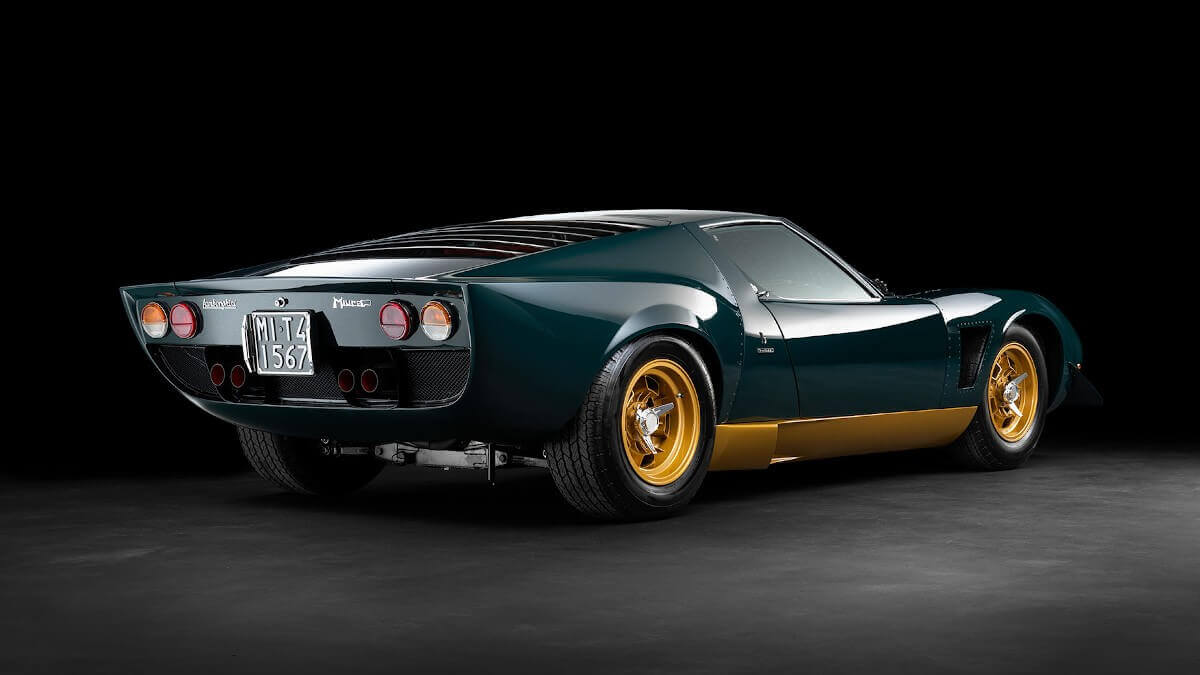 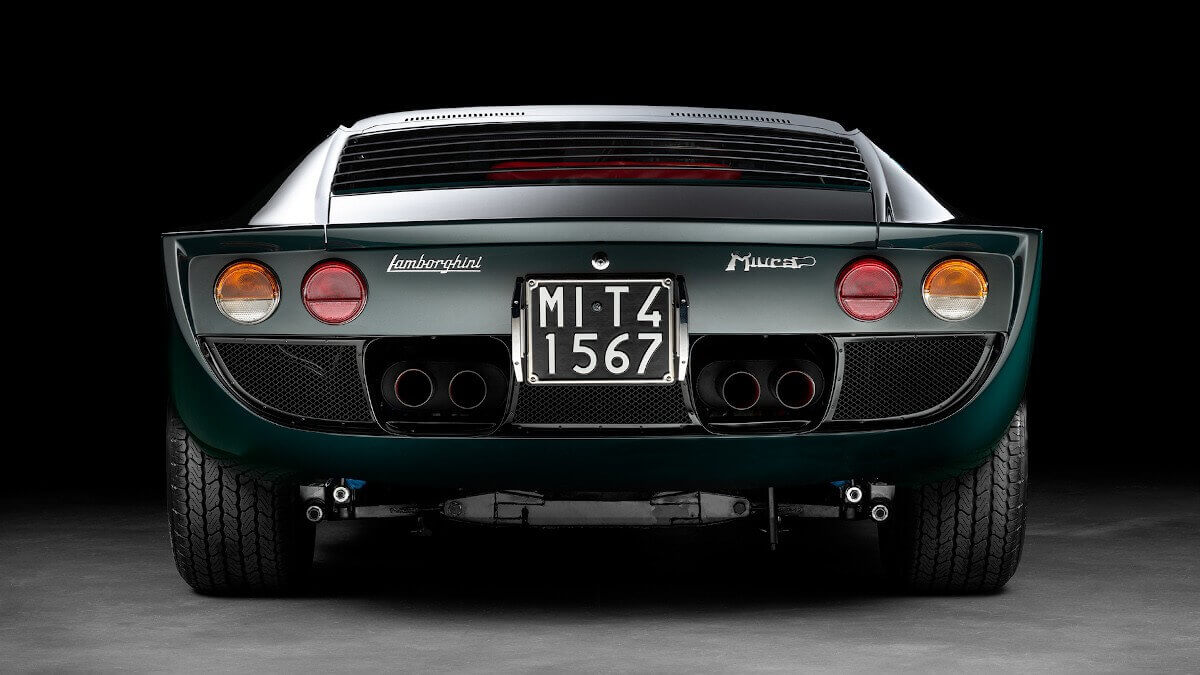 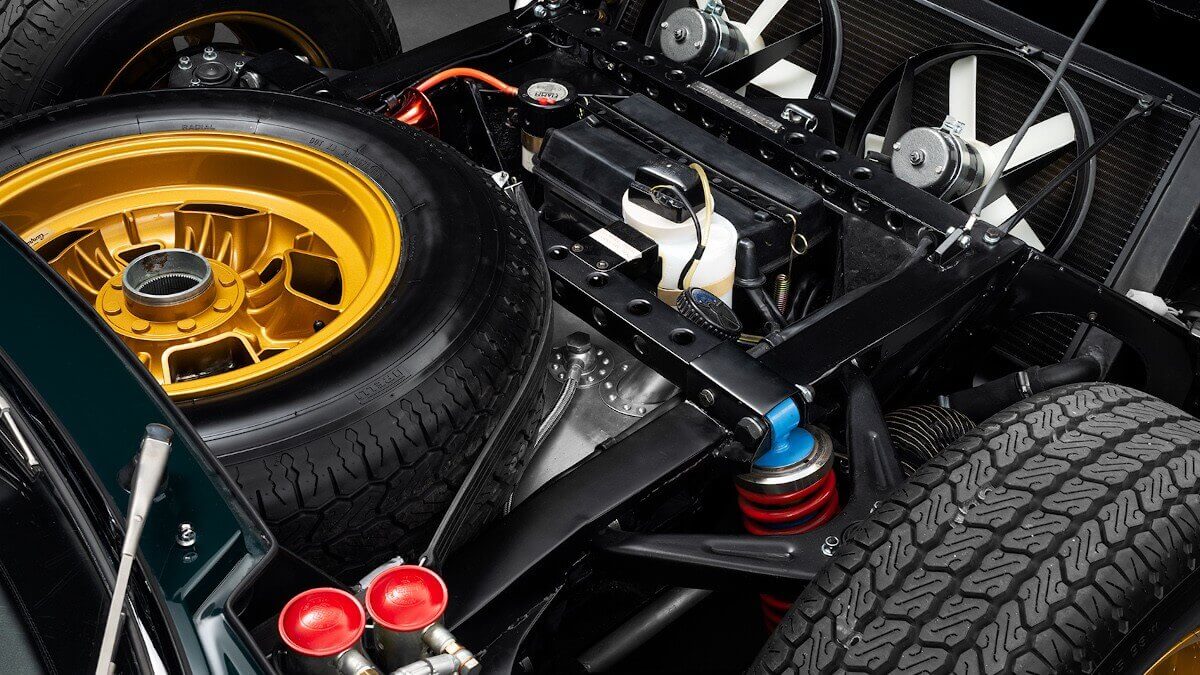 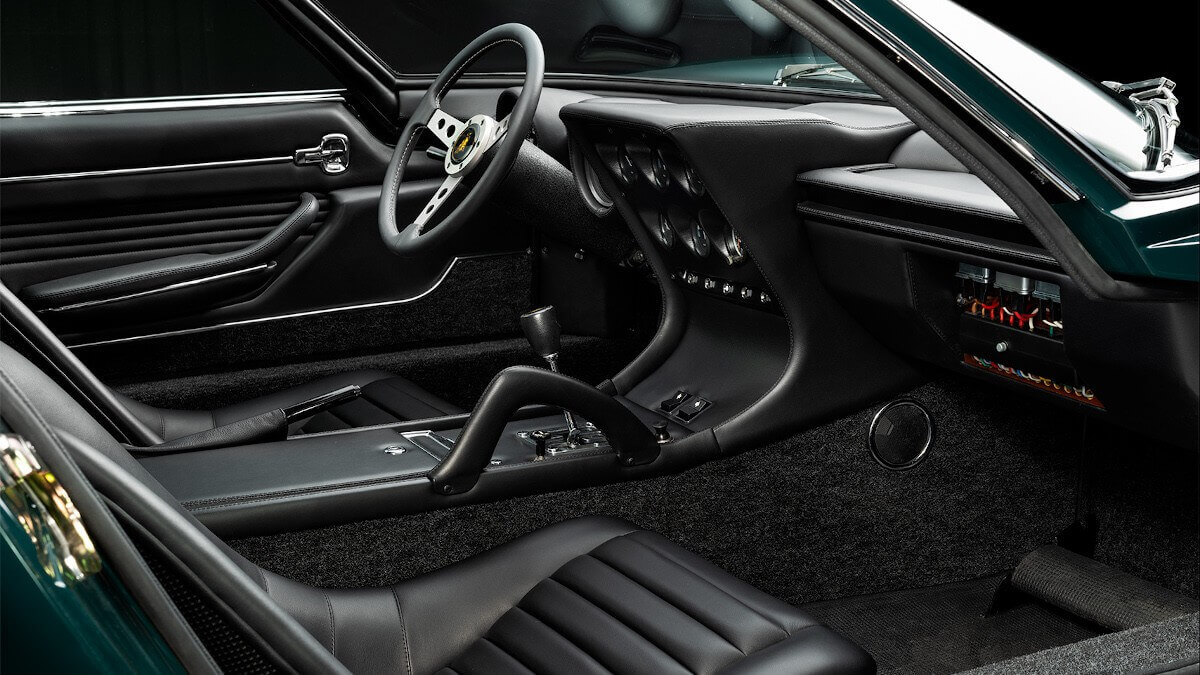 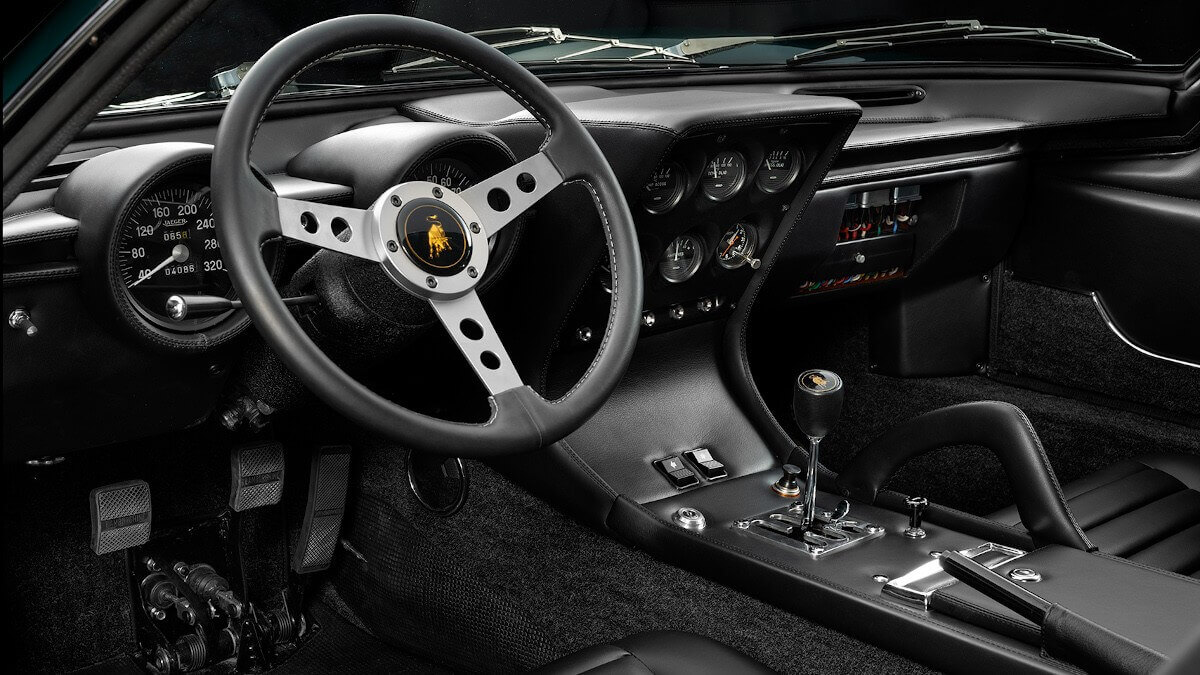 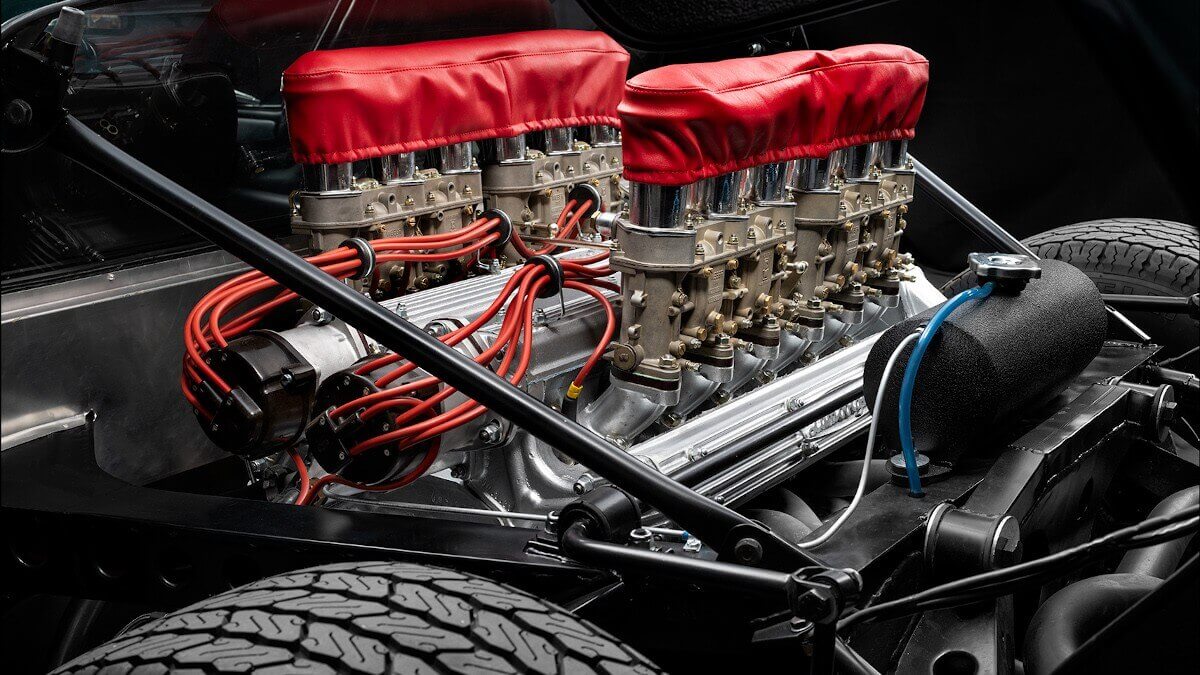 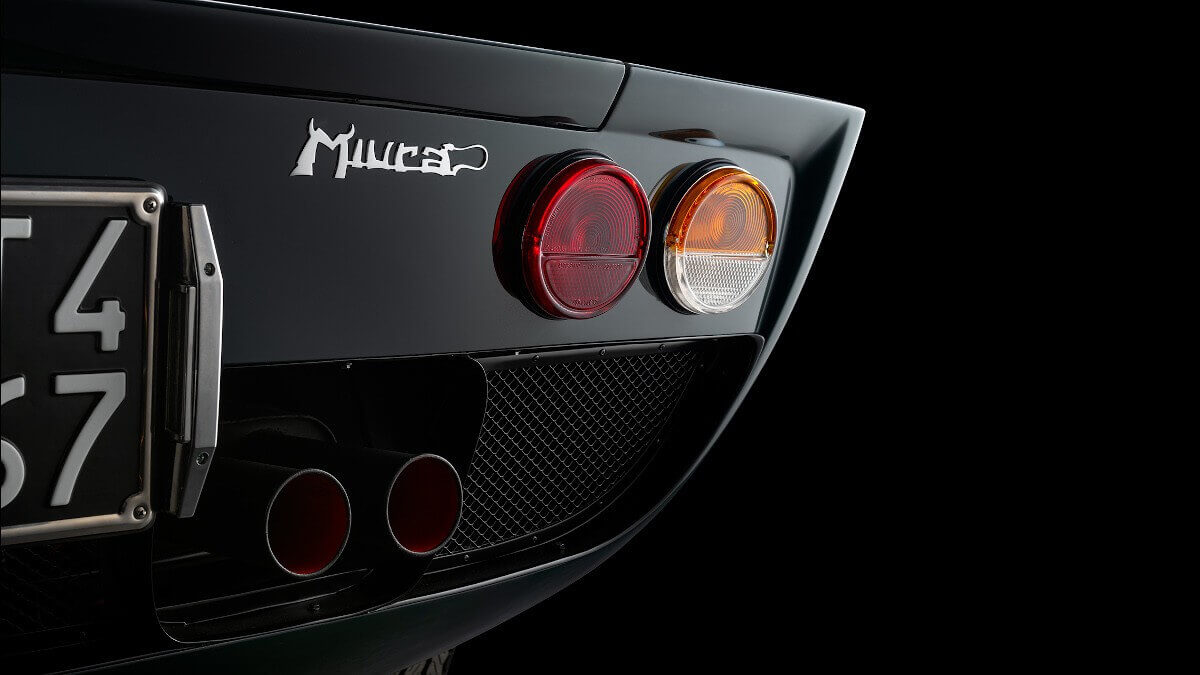 Chassis number 4302 left the production line in the color ‘Blu Notte’ with leather in ‘Pelle Nera’ and was registered on 17 November 1969 by the Turin dealer Lamborauto on the license plate ‘TO B91445’. One and a half years later Maddalena Camoli from Turin bought the dark blue sports car. Only another year later she sold the Miura S to Armando Borra from Alba, who sold the car to Riccardo Tondolo in Andria via Lamborauto in 1972. A year later the Miura was once again sold via the Roman dealer Carpanelli to Fratelli Tarchini in Milan. Giovanni Sotgiu, a BMW dealer from Milan, bought the car there on 11 March 1975 and then had it converted into the Jota-inspired hot-rod by two former Lamborghini employees in Sant’Agata on behalf of Walter Ronchi. The costs for this amounted to around 4,500,000 lire.

The modifications included a modified front section with a large spoiler and headlights behind Plexiglas covers. Even more striking, on the other hand, is the completely independently designed rear clamshell with a more angular top edge and round tail lights. Air outlets and the front edge of the bonnet show various rivets as with the Jota – hence the name of this unique car. With a paintjob in dark ‘British Racing Green’. Besides Walter Ronchi, the Italian racing driver and Formula 1 fixer Franco Galli was also spotted behind the steering wheel of the Miura Millechiodi from time to time. Among other things he took the actor Brigitte Bardot with him on one of his fast tours. In the late 1970s the dealer Autoelite in Milan offered the car and finally sold it in April 1979 to the classic car collector Aldo Cudone in Padova, who had it refreshed and painted in red by Michelotto. His extensive collection of Ferrari and Lamborghini was largely auctioned in the 1990s after his death. However, the Miura was kept by the family until 2001, when it was finally auctioned in Monaco, where it was purchased by a Swiss collector. He sent the car to Great Britain to be reworked and stored by Autosport. In 2015 the current owner bought the Miura and commissioned a complete nut and bolt restoration in the region of Modena in Italy. The V12 engine’s displacement was increased to 4.1 liters with larger pistons and valves, more radical camshafts and a Jota-inspired exhaust system. This work, which also restored the car to its 1975 visual condition, cost around 290,000 €. Now Simon Kidston offers this unique car through his classic car dealership Kidston SA.