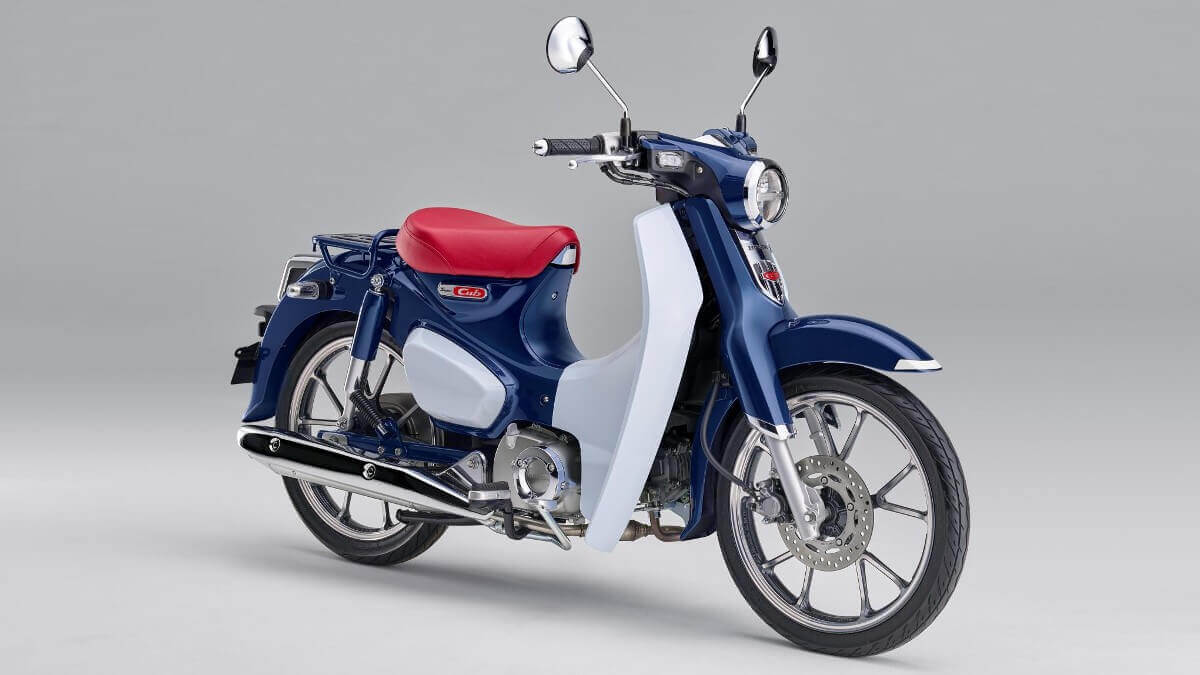 When we think about the Ford Model T, we think of 15 million copies, then there are more than 21.5 million examples of the Volkswagen Beetle and even more than 30 million cars if you count all model generations of the Toyota Corolla. But none of these three reaches the top step of the podium when it comes to the most commonly built means of transport. This place is hold by the Honda Super Cub, a small scooter, which was drawn and developed by Soichiro Honda and Takeo Fujisawa for the tenth anniversary of Honda. You will find three pictures of the original version at the end of our picture gallery.

Over the years this scooter was technically refreshed again and again, but optically remained in its original design. For this purpose, for the first time in Japan, a three-dimensional trademark was granted for the typical shape. Customers in more than 160 countries worldwide know, appreciate and love the Super Cub. Last year Honda produced the 100,000,000th copy of it. Now there is another small facelifting, which brings the scooter into the digital world – albeit with a sense of proportion. In the smaller version C110 the Super Cub is currently only available in Japan and South East Asia. However, the new C125 is also rolling into many other countries. 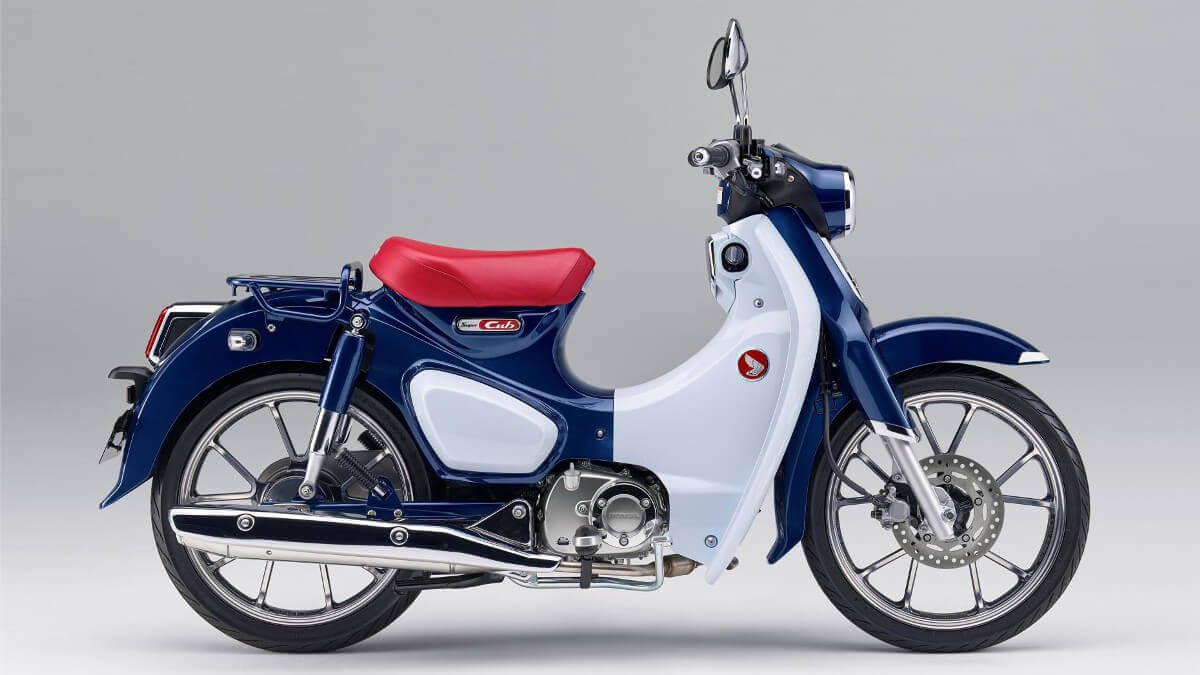 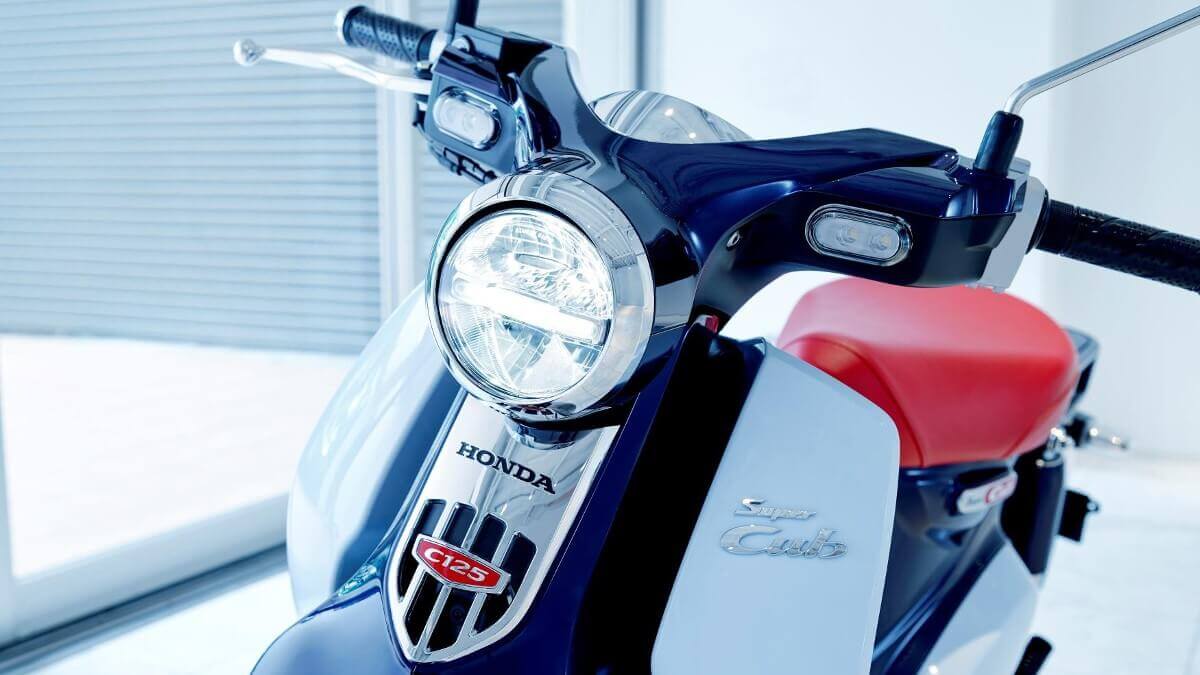 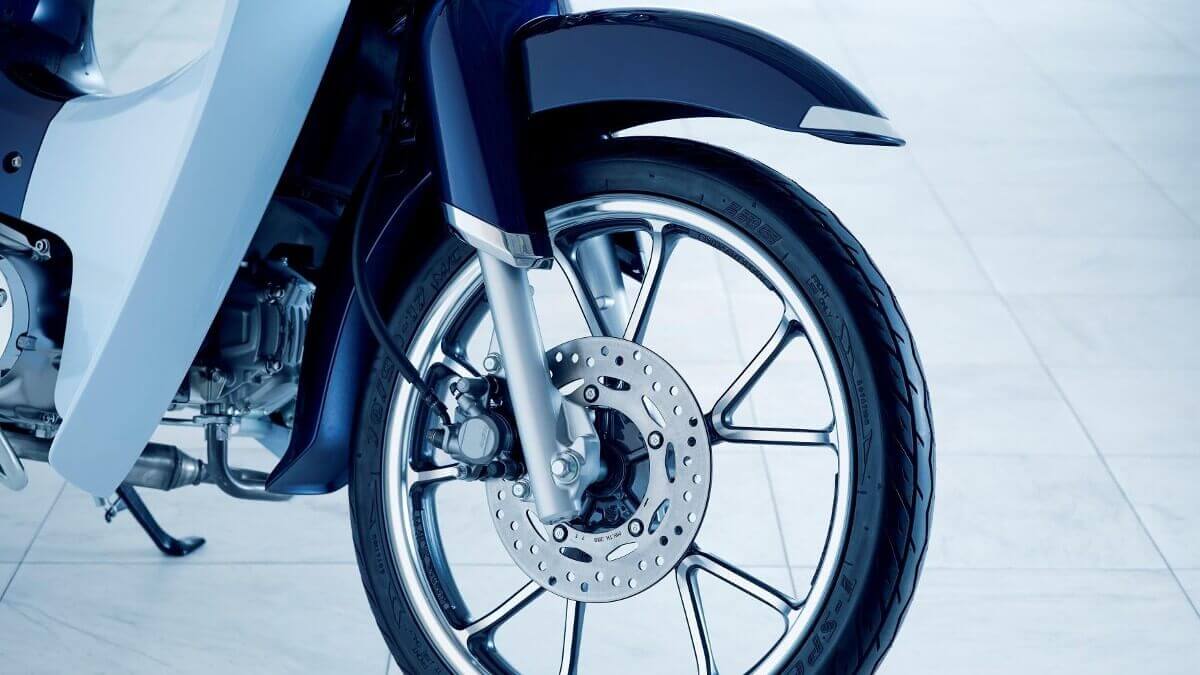 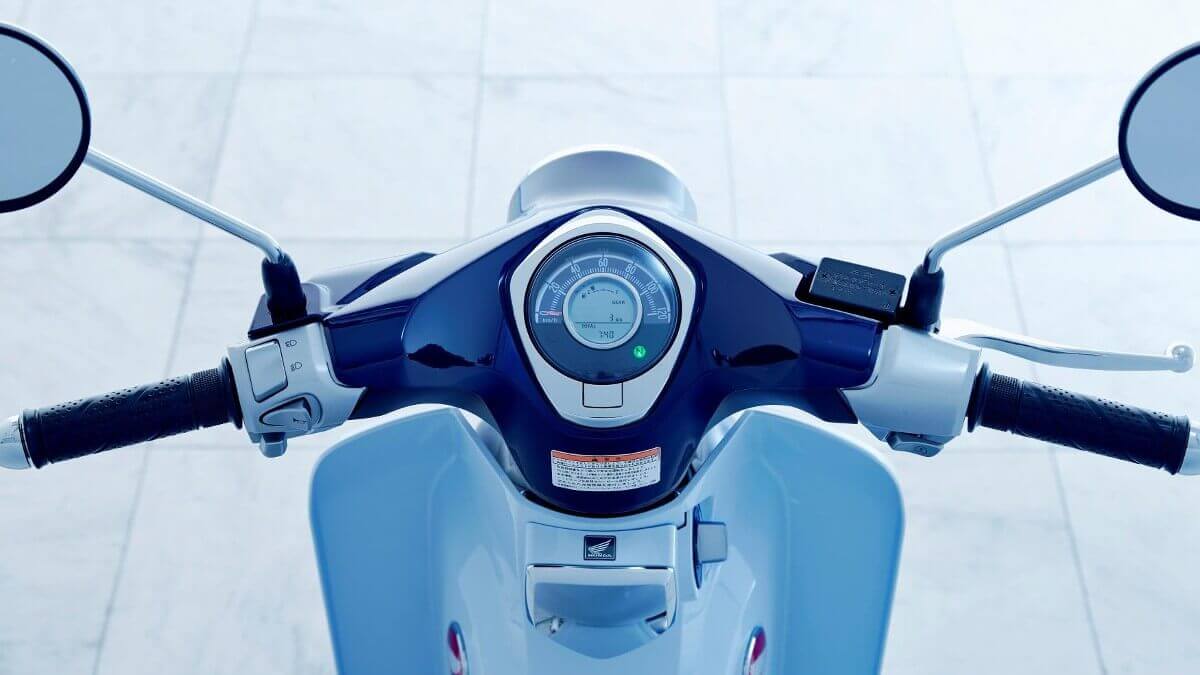 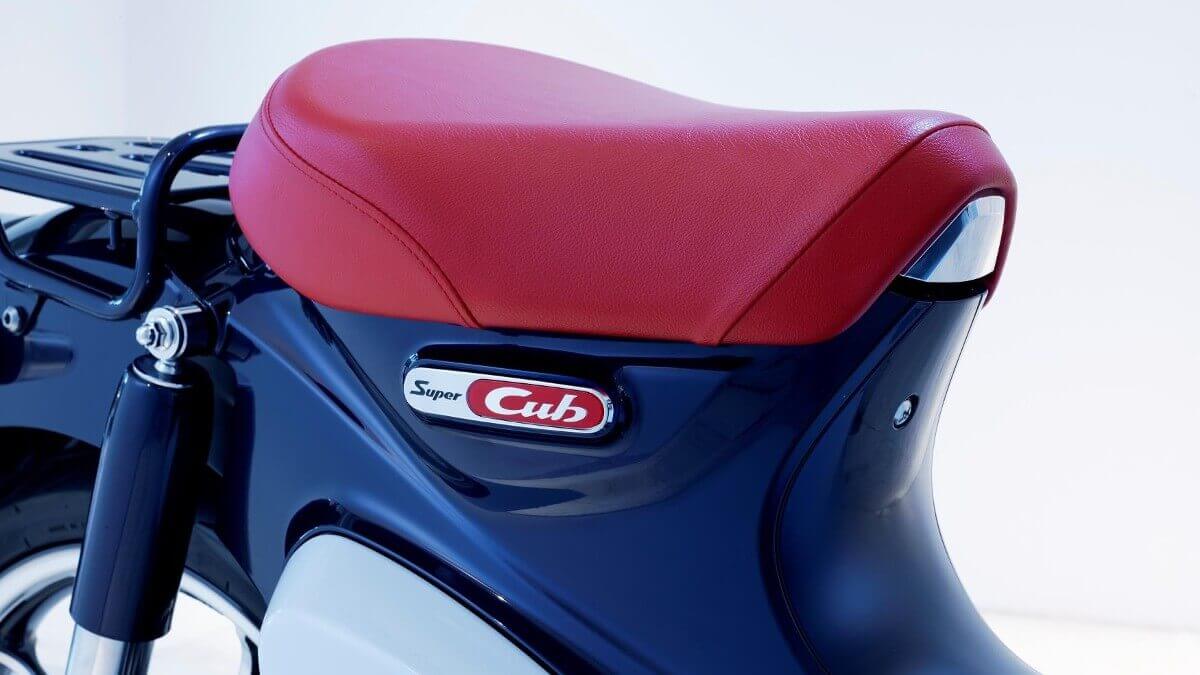 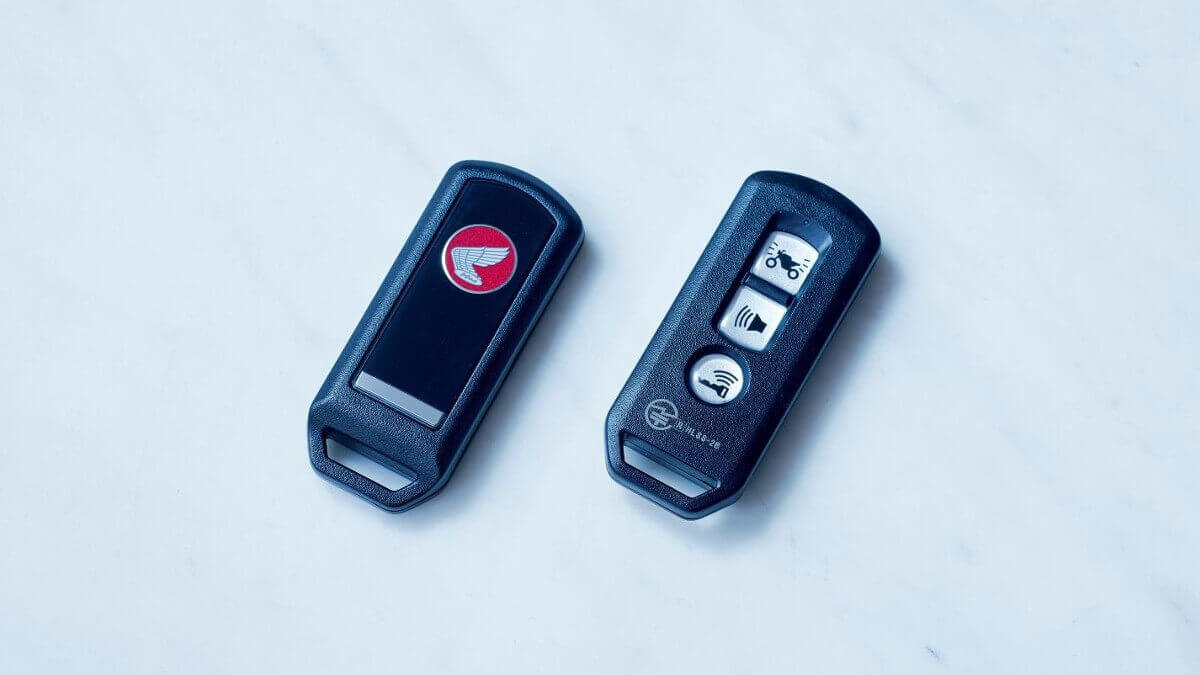 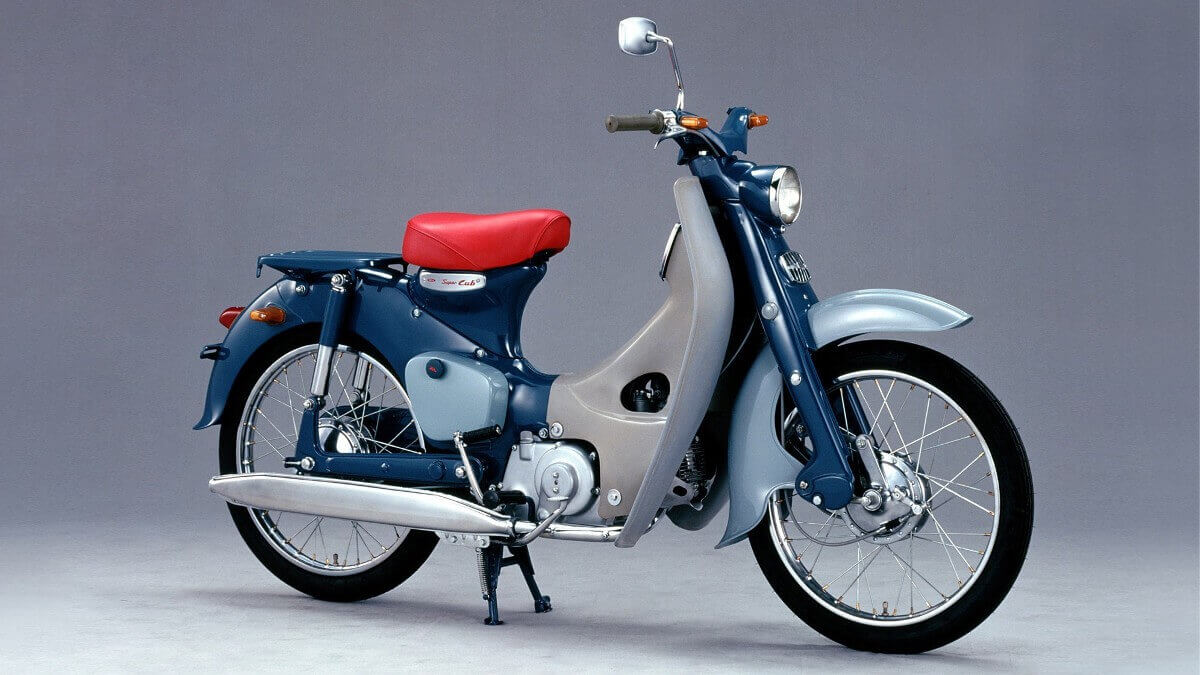 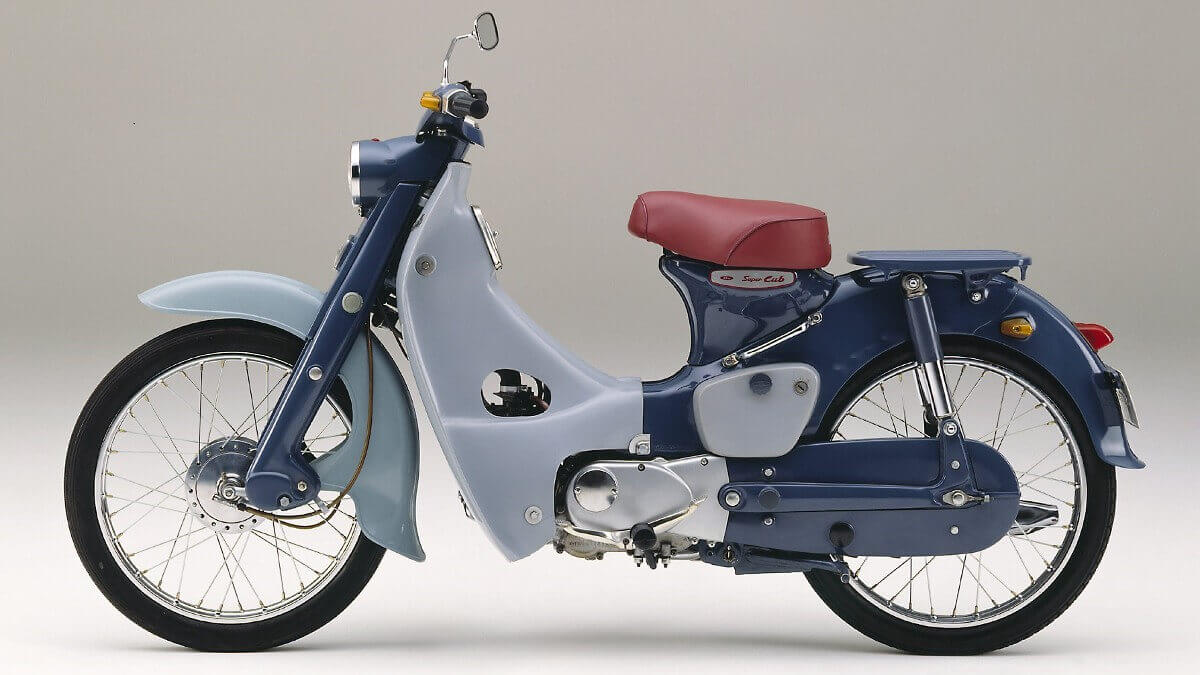 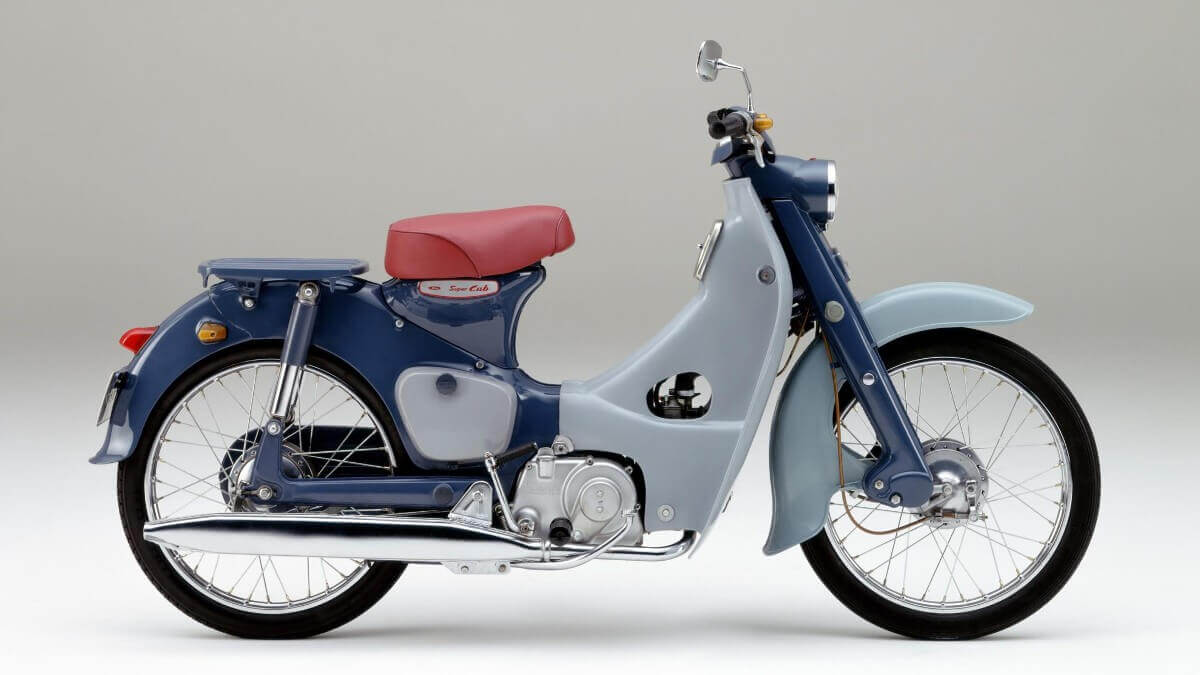 Compared to the smaller engines for the Asian market, the new Super Cub C125 with its 125 cubic centimeter four-stroke engine with 7.1 kW/9.65 PS and 10.4 newtonmeters of torque is able to drive within western traffic as well. The four-speed gearbox has an automated centrifugal clutch for silk-smooth gear changes. There are also extended front and rear suspensions and 17-inch wheels for comfortable travel even on longer journeys. On the front wheel sits a disc brake and the lights all work with LEDs.

For the few parts of bodywork on the Super Cub C125 the paint colors ‘Pearl Niltava Blue’ or ‘Pearl Nebula Red’ are available. There are also silver contrast areas on the S-shaped body, which extends from the handlebar to the end of the rear fender. Handlebar, fork and leg shield are optically unified into one cohesive whole from the early models on to today. Two interlaced lenses cover the analogue tachometer and the digital display for fuel, mileage, engaged gear and time. The key belonging to the scooter can simply stay in your trouser pocket. Once its owner is close enough to the Super Cub, its signal is detected and the electric starter released.